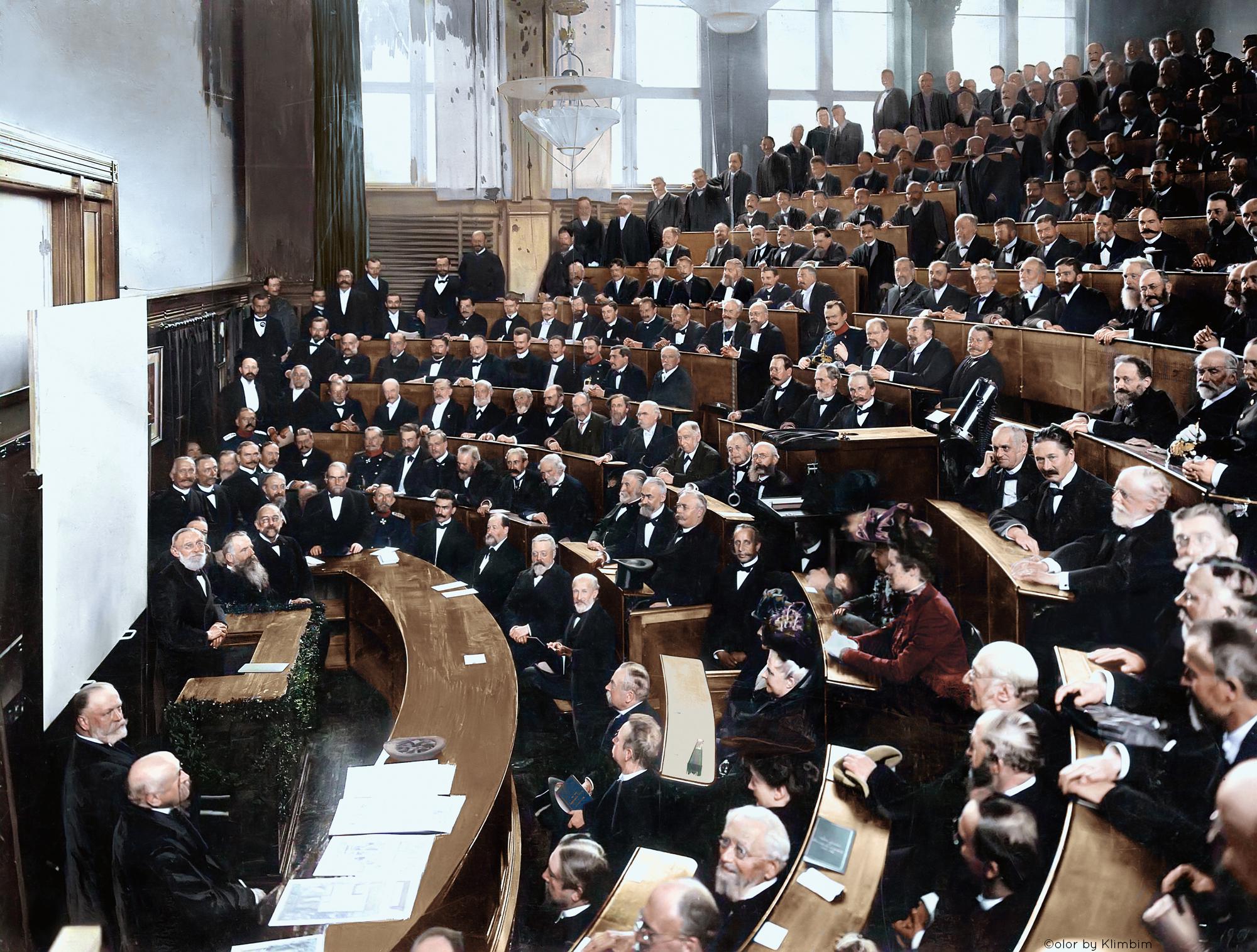 F35, caucasian, 167cm. Had a lap hysterectomy March 2020, a little tired in everyday life, but no other complaints. I’m in Norway.

Last Friday (so one and a half week ago) I found a small, hard lump right above my left clavicle. I brushed it off as a fatty lump or whatever but a friend who is a nurse urged me to get it checked out.

I was at the doctors today with it, and he seemed a little concerned. He mentioned Virchows node in passing, felt for more nodes in the neck area, and felt my abdomen.

He sent me to get some blood drawn, which he will update me on tomorrow if they show anything.

He also sent a referral to the hospital for an ultrasound of the node.

He was fairly calm, but said they had to act a little paranoid with lumps etc.

Unfortunately I googled Virchows node when I got home, and now I’m very anxious. It seems like it could be cancer related.

Now my brain is going through everything that I’ve felt been weird since my hysterectomy (things feel a little different in the abdomen, pooping has been different etc.), and I’m going slightly crazy with anxiety.

I’m impatient, I know. I’m getting an ultrasound within the next couple of weeks probably, but if anyone has any info on this, I would greatly appreciate it.

So sorry for rambling, I’m having a little trouble sorting my thoughts.

Is it always cancer related?

Edit to add that this was discovered before my second COVID-vaccine dose.

Update 2nd September: the doc who did the ultrasound said it was a lymph node. She wouldn’t say anything else, only that she would review the images and send it over to the referring doctor who will give me a call.

Update 3rd September: doc (student) finally called with the results. Blood work is good and the ultrasound looked fine. It is just enlarged. Told me to keep an eye on it, but nothing to worry about. I’m thrilled!

Update 6th September: main doc called today. He confirmed that the tests did look good, but told me to reach out if it was still swollen by the end of September.

Update 28th September: doc isn’t happy that it’s still swollen. Being sent for MRI and surgery to remove it.

Update 4th October: Was supposed to have a MRI today, but it ended up being a CT scan with contrast dye. They say results in one week. My surgery referral is being processed now that they have images. I also learned th

👍︎ 3
📰︎ r/AskDocs
💬︎
👤︎ u/Another_Ayreonaut
🚨︎ report
This Day in Victorian History Rudolf Virchow delivers an anti-Darwinian speech to the Congress of German Naturalist and Physicians, Munich where he speaks against the teaching of the theory of evolution in schools (1877) en.wikipedia.org/wiki/Rud…
👍︎ 4
📰︎ r/RandomVictorianStuff
💬︎
👤︎ u/TheVetheron
🚨︎ report
TIL of the Sausage Duel. Otto Von Bismarck challenged his political nemesis (and pioneer of social medicine) Rudolf Virchow to a duel, allowing him to choose weapons. Rudolf decided upon sausages. One sauage would be safe, the other infected with parasitic larvae. Otto recinded the challenge. en.wikipedia.org/wiki/Rud…
👍︎ 4k
📰︎ r/todayilearned
💬︎
👤︎ u/NewAccountEachYear
🚨︎ report
Hühnerschnitzel im Virchow-Klinikum Berlin 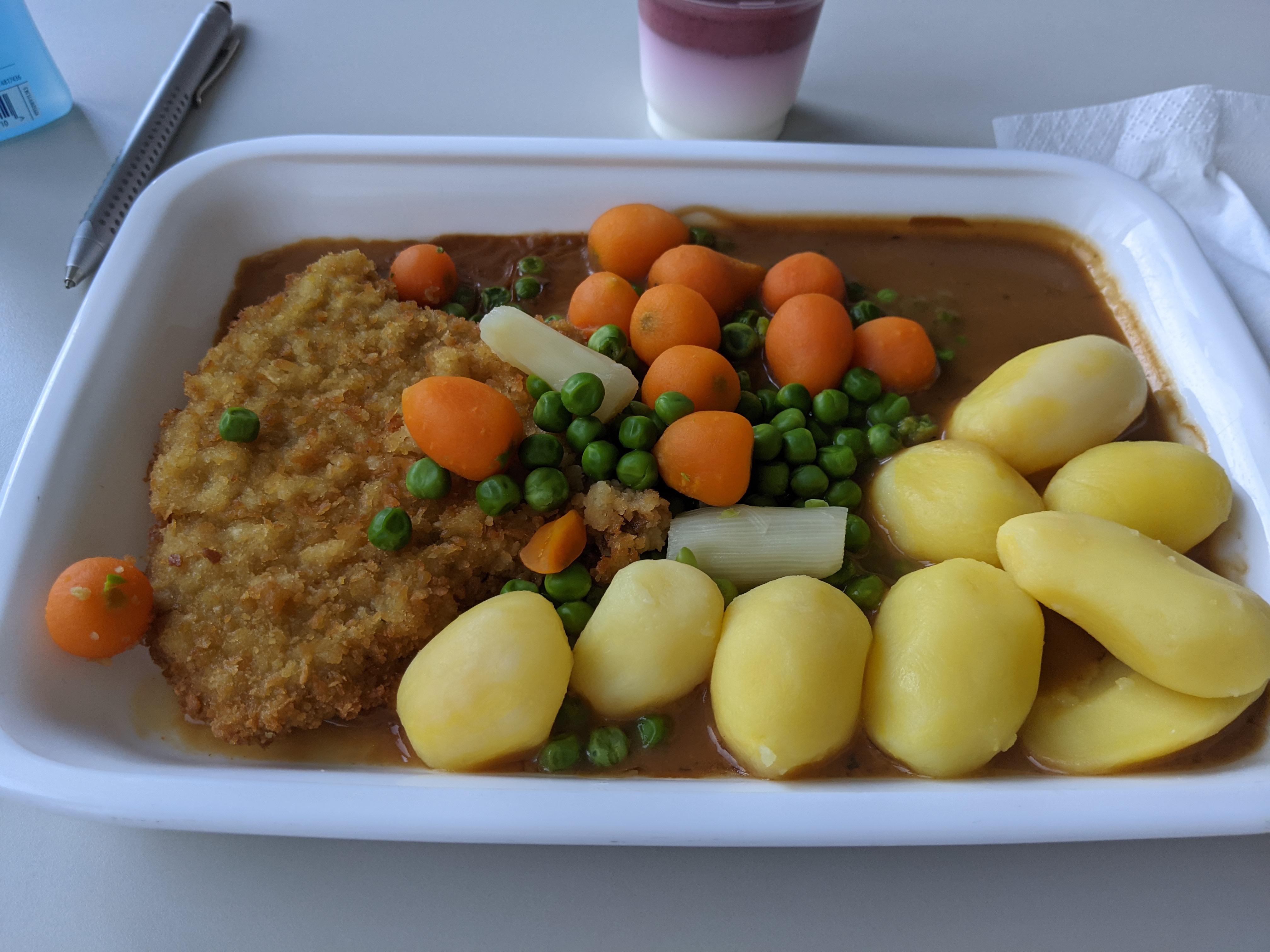 Today is Black Out Tuesday, a day which organizers have called upon people to promote social justice for Black individuals rather than promoting themselves. I know many people on this sub would prefer to keep their profession away from politics but that is simply impossible when politics impacts all of our patients.

There is a long history of racism in medicine. The very father of American gynecology, Dr. Marion Sims, routinely operated on several female slaves without their consent. Edit: He performed surgery on one woman, Anarcha, 30 times. The Tuskegee Syphilis Study deliberately left 600 Black airmen diagnosed with syphilis untreated for 40 years, long after the use of penicillin as a treatment. The study ended in 1972.

Though it is less overt, Black patients are still negatively impacted by racism in medicine. Time and time again, studies have shown that minority patients have poorer health outcomes than white patients. Black patients are less likely to receive cardiovascular interventions and procedures after presenting with heart attack symptoms than white patients. These racial differences in health often persist even at equivalent socioeconomic levels. According to a New York City Department of Health and Mental Hygiene 2016 report titled “Severe Maternal Morbidity in New York City, 2008–2012” “Black non-Latina women with at least a college degree had higher SMM [Severe Maternal Morbidity] rates than women of other race/ethnicities who never graduated high school.” Not to mention the effects of environmental racism and residential segregation and the myriad of other factors that can prevent Black people from getting the care they need.

All of this is to say that we as medical students cannot be apolitical. Racism is a public health issue that deserves as much mental energy as studying for step or for shelf exams.

I know many people are concerned about the possibility of being flagged for being apolitical. To that I say, it is a privilege to be apolitical that many cannot afford to do. If you still feel that you cannot publicly voice your opinions on politics, there are several ways you can help. 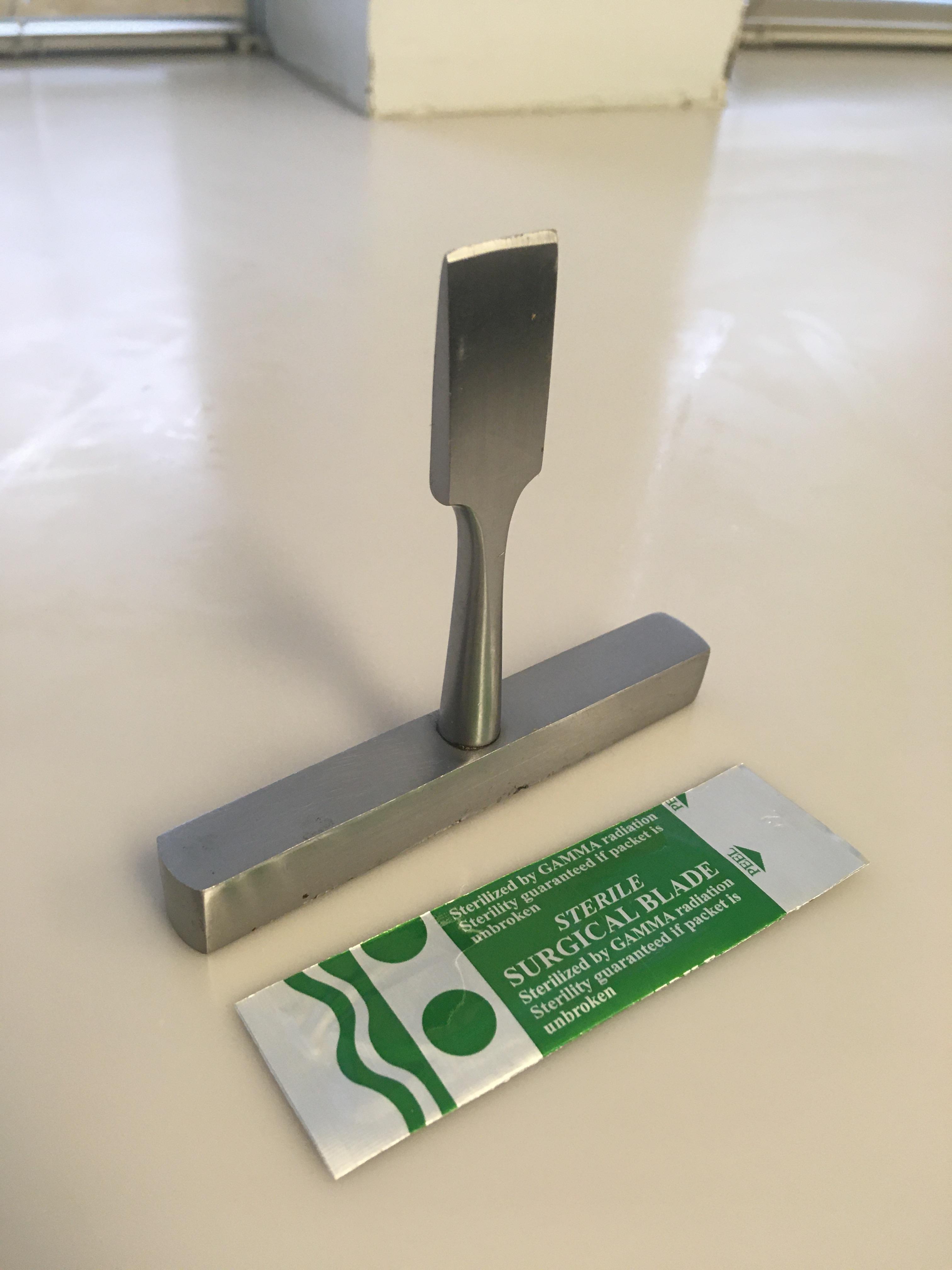 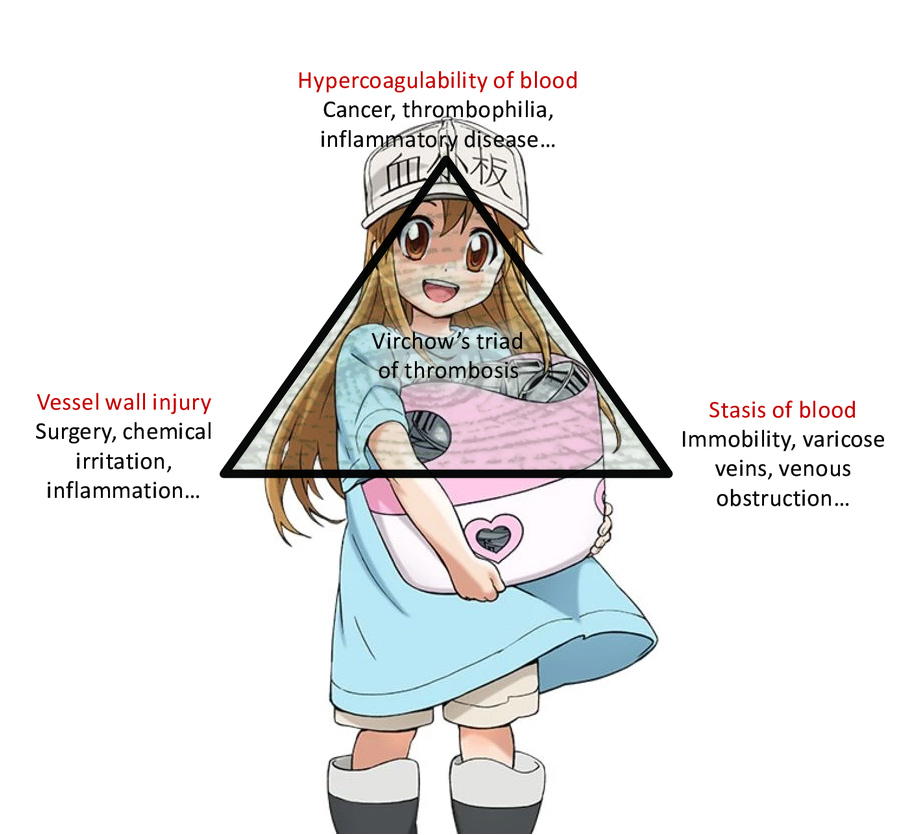 I’m a 28 year old female. 5’2”, 171 lbs. Canadian. So a few years ago I noticed a lump in my neck below my jaw. Rather large, painless and not easily moveable. I thought of lymphoma and had an ultrasound which came back, “no malignancies detected” so I let it go and chalked it up to shotty lymph nodes.

This week I noticed two more, one is a cervical lymph node probably 1cm x 1 cm. Hard and painless. The other is left supraclavicular. Feels about the size of a TicTac. I know it’s a really bad sign when it’s Virchow’s node. Is this likely to be lymphoma?

Regarding the pathophysiology of deep venous thrombosis, I read that one important event is the recruitment of platelets. Now, consider a case of DVT due to blood stasis in the context of a hypercoagulable blood, but without endothelial damage. In this instance, how do platelets get activated if there is no endothelial damage? Thanks in advance!

I have a tiny small moveable lymph node here, and I’m scared it’s the virchows can someone see?

https://imgur.com/a/sVIimMe This is the left side 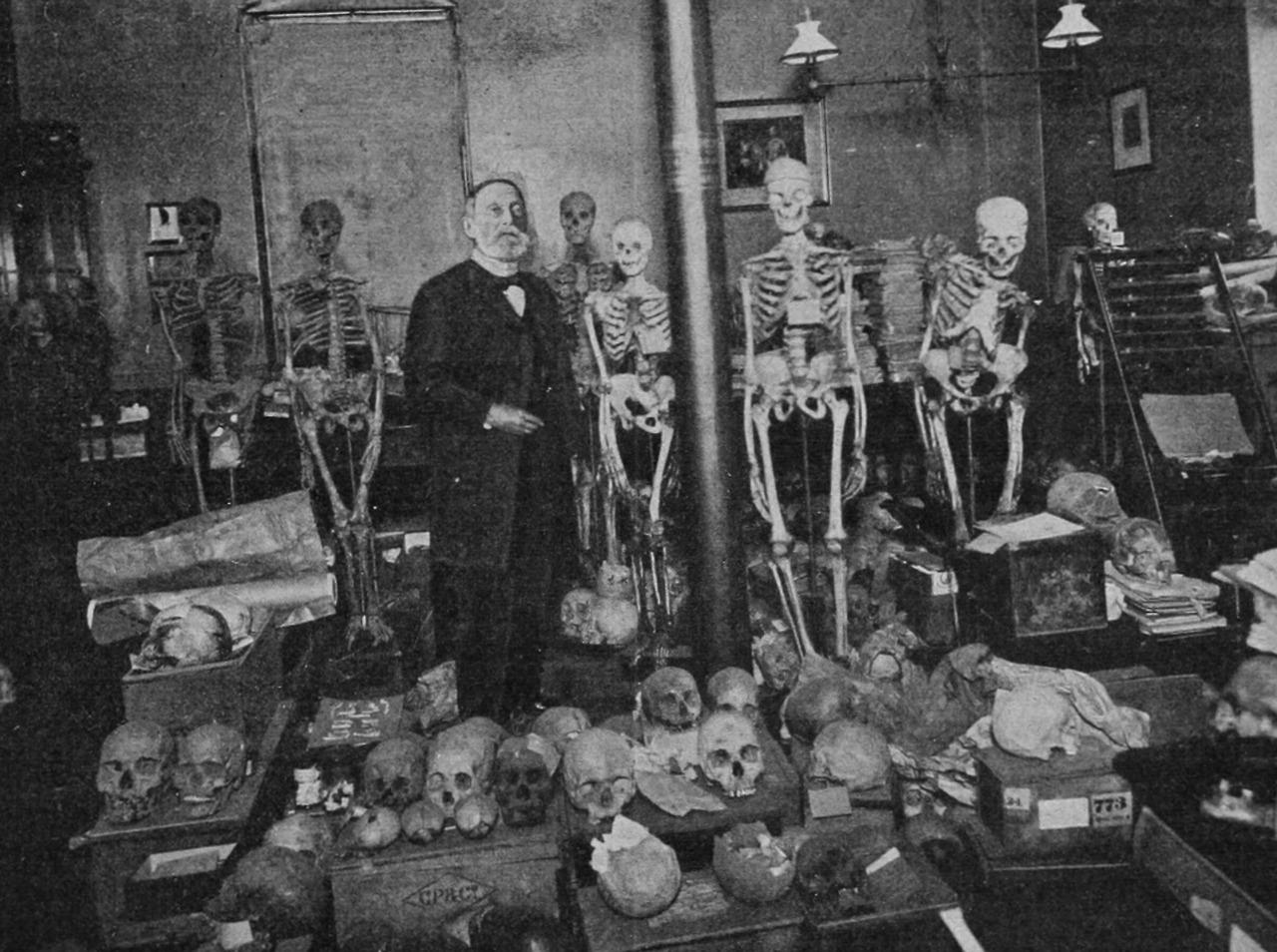 Rudolf Virchow was a physician, a scientist, an anthropologist, and a politician. Many phenomena in medicine were named by him, and some still bear his name. I was inspired to look him up after a mention in Mountains Beyond Mountains by Tracy Kidder.

Rudolf Virchow on the typhus epidemic in Upper Silesia: an introduction and translation

"Rudolf Virchow's Report on the 1848 typhus epidemic is one of the neglected classics of 'social medicine' — a term he did much to popularise. His analysis of the epidemic emphasised the economic, social and cultural factors involved in its aetiology and clearly identified the contradictory social forces that prevented any simple solution. Instead of recommending medical changes like more doctors or hospitals, he outlined a revolutionary programme of social re-construction; including full employment, higher wages, the establishment of agricultural co-operatives, universal education and the dis-establishment of the Catholic church. The present paper includes the first English translation of these long-term recommendations. It also locates Virchow's Report within the context of the Medical Reform Movement of 1848 and traces his influence on the subsequent development of social medicine. Parallels are drawn between Virchow’s attempts to reform health care and current developments in the political economy of health."

Not diagnosed yet. I'm 24, male, 173cm, 83kg. About a week ago I felt a lump above my collarbone. I went to my GP, and she told me that it's a left supraclavicular node, which is never good to have enlarged. She referred me to an oncologist, and I have my visit on May 7th. I'm unable to eat and function properly due to all the stress. Does anyone know if the node might turn out to be benign? It's painless, a little moveable and about 1cm in size.

So I just want to apologise for that post and my frustration at the hospital for getting the better of me.

My husband went back and saw that same doctor in the morning and he said she was much more laid back. Probably because it was early and her day wasn't hectic yet.

He also saw a few other specialists and they were all very kind. Most of them apologised for the wait times, which they know is a big issue.

Yesterday he was at the hospital ALL day, from 08:30 until about 15:00 but that's because he got surgery today. He got to talk to the surgeon, the anesthesiologist, and a few other people. He had to wait a LOT, but he was very, very happy with the amount of information they gave, and that they patiently listened to all his questions.

He had his surgery today, all's güt! The nurses were funny and kind, and again answered all his questions when he got out. He's currently staying the night for observation, but his only complaint is that he doesn't like the hospital food. ;)

When I think about the whole experience objectively, I compare it to wait times in Canada. For this surgery, he would have probably have waited MONTHS just to see a consultation, then some more months to get the actual surgery. Here, yes the wait times are ridiculous, but this whole process from start to finish only took about a month, maybe a bit longer.

So yeah, I let my own frustrations and worry cloud my judgement. This hospital is a-okay in my books.