Cycling on canal towpaths for work and leisure. Does anyone else have these issues?

I've been cycling for leisure and work purposes more often now due to lockdown. Yes I know pedestrians have right of way on canals and 80% of the time people will see or hear you coming a will generally move to the side without a problem most of the time ie. as long as the path doesn't go too narrow and it's safe to do so (yes I give way for pedestrians too as is expected of a cyclist)

But does anyone else often encounter more selfish people that will blatantly see or hear you coming (when you ring your bell in good time and not at the last minute to startle people) or even on the wider parts of the canal path, that completely ignore you or will even go more central on the path etc so it's harder to squeeze past?

If we reverse it and I'm on the canal as a pedestrian, I'll give way if it's safe to do so for cyclists. It's waiting maybe a few second then you can carry on with your walk.

It's not a big issue, far from it but has this always been a common occurrence in the canal towpaths or has it been aggravated with more traffic due to covid 19 and lockdown? I'm in the northwest in a major city. 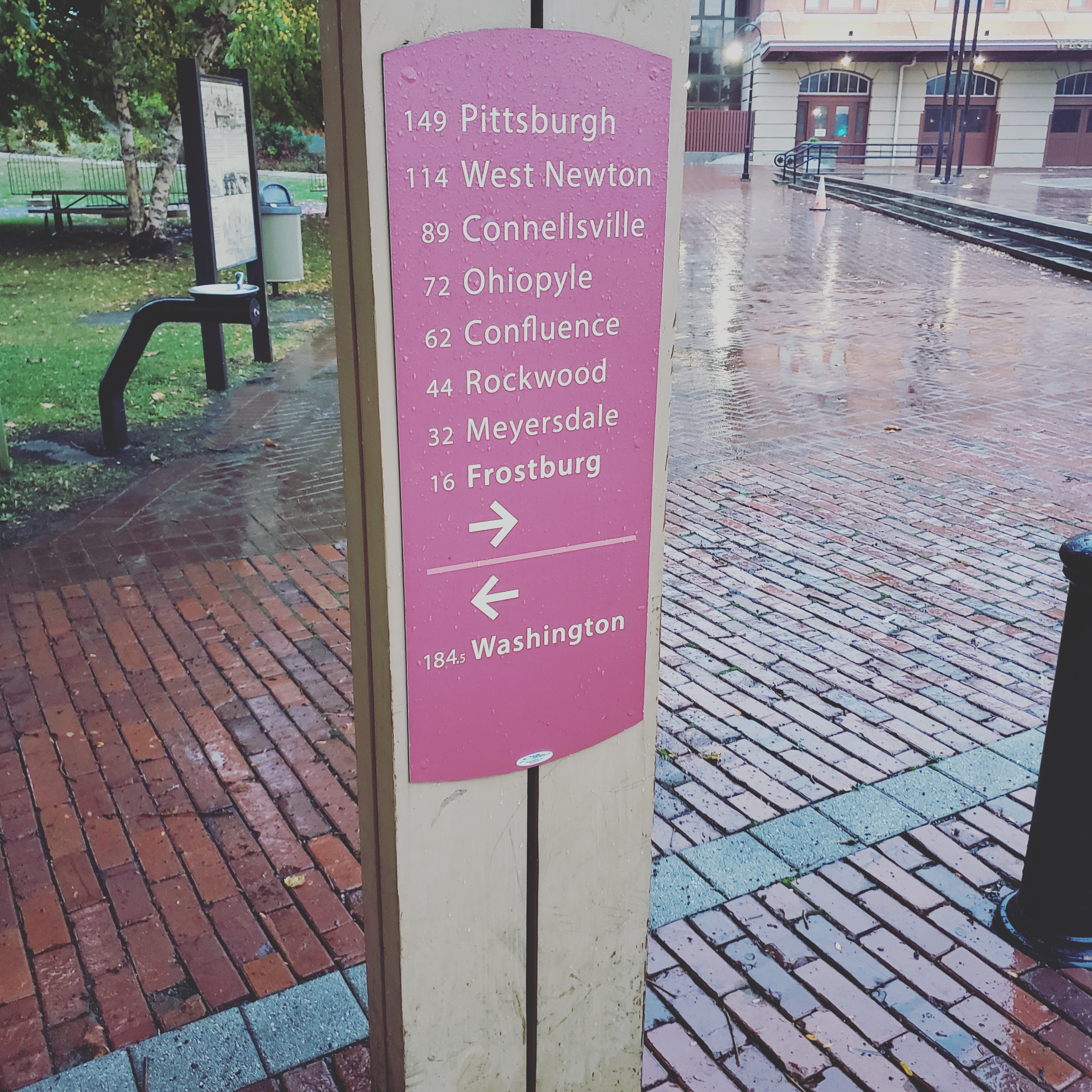 👍︎ 22
📰︎ r/towpath
💬︎
👤︎ u/sirshawnson
🚨︎ report
What’s with all the dead fish in the cuyahoga? Photo from the towpath off Scranton road. 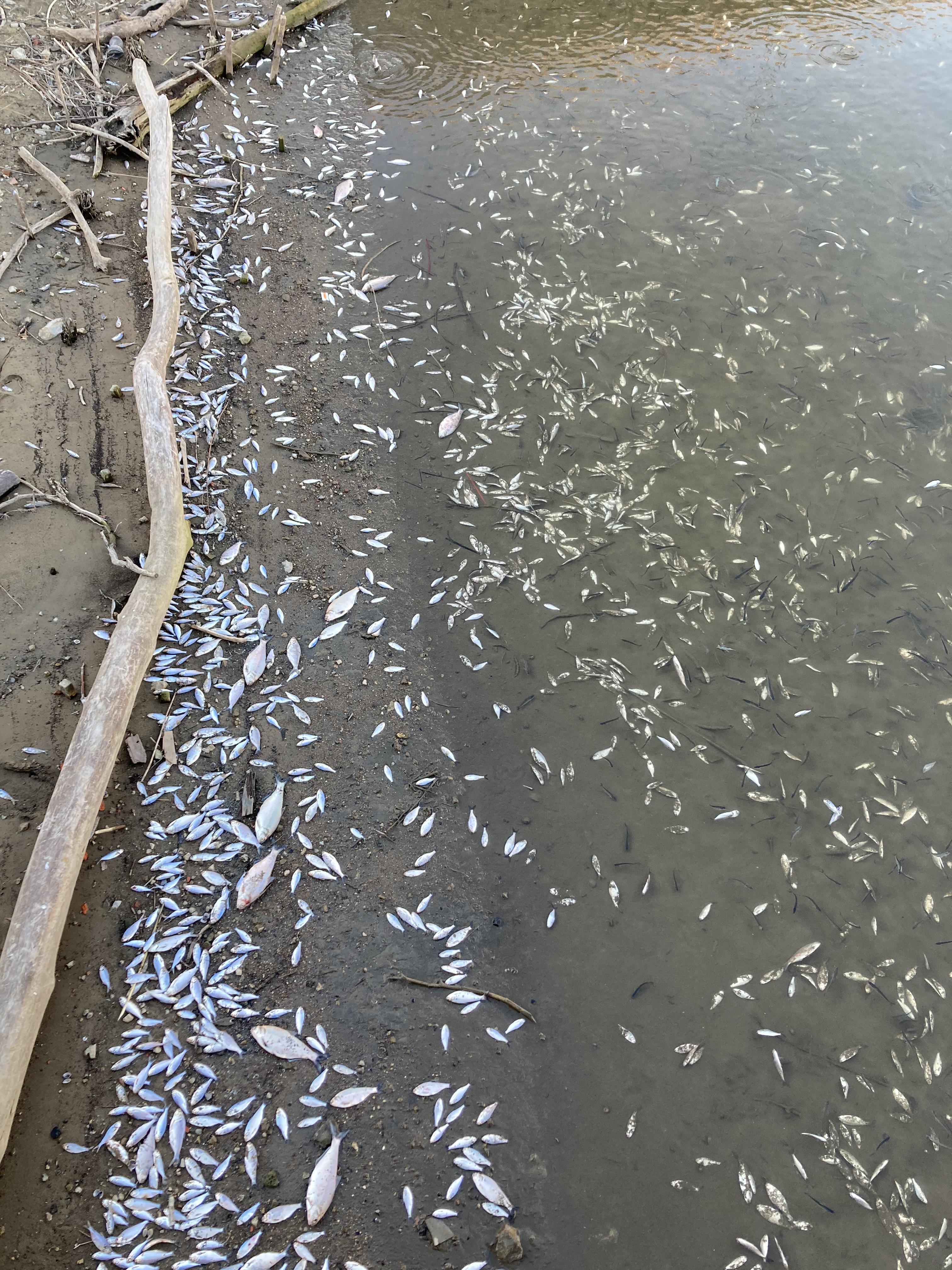 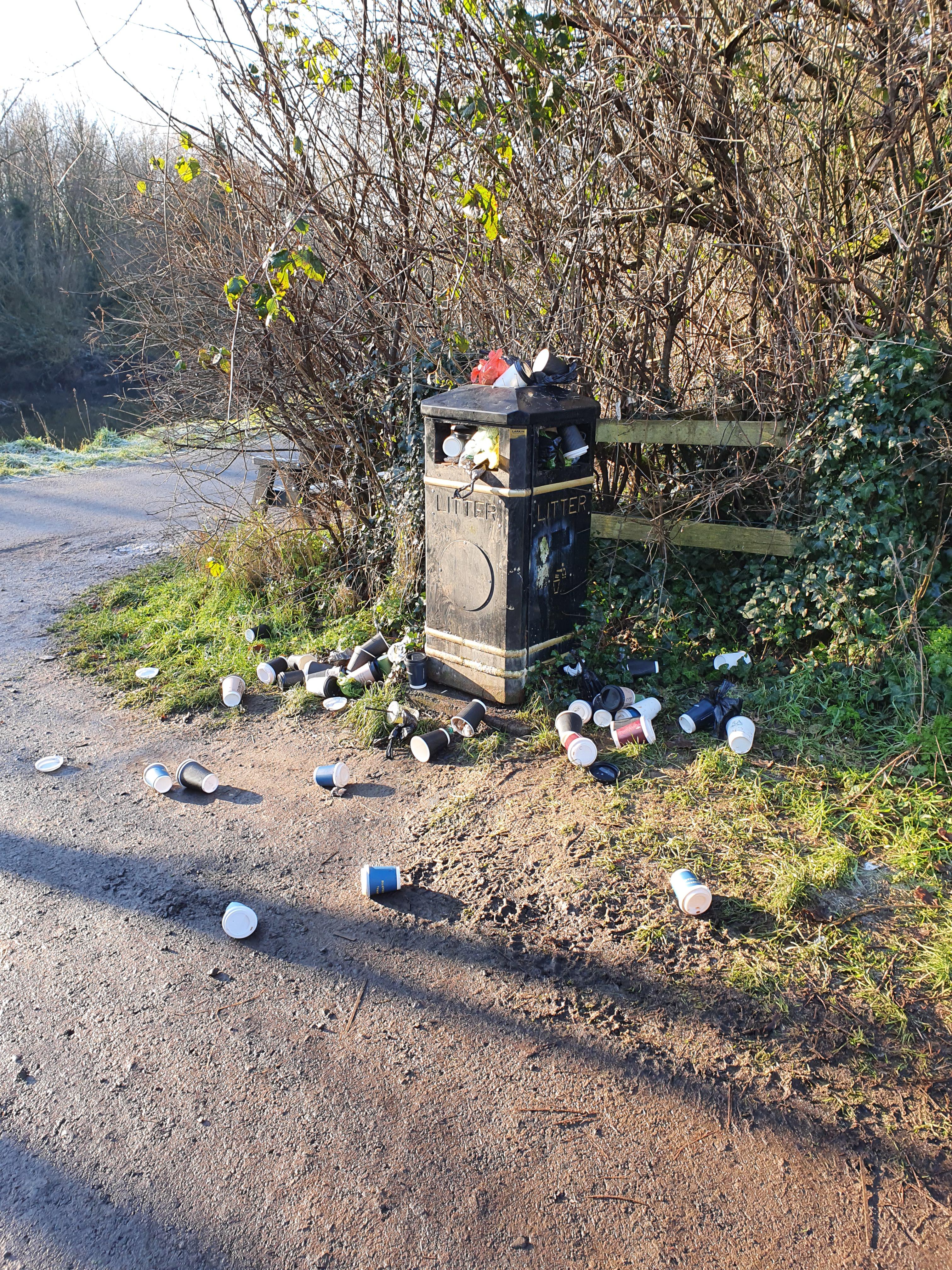 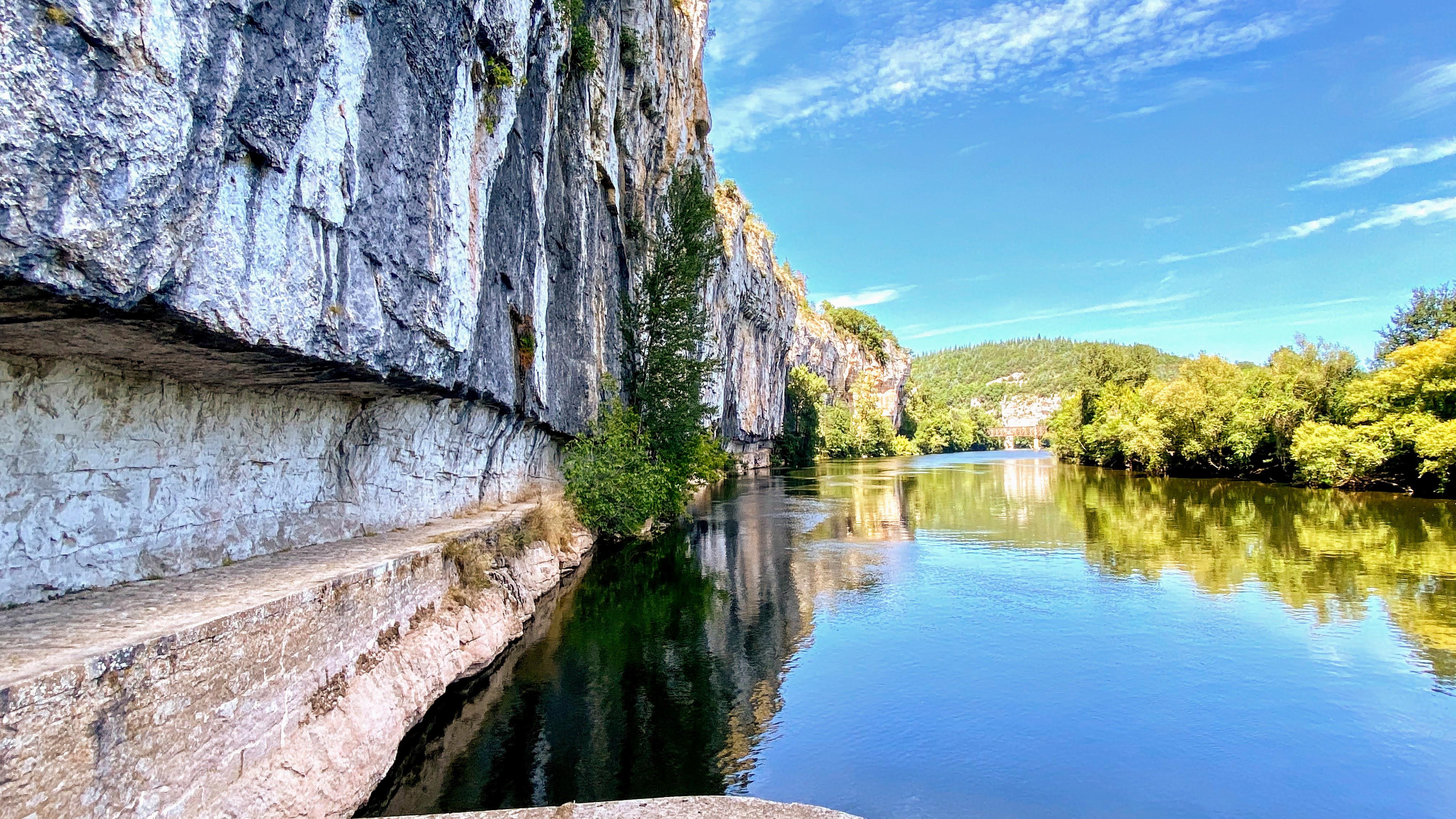 👍︎ 35
📰︎ r/FrancePics
💬︎
👤︎ u/iptrucs
🚨︎ report
One of 146 lift locks on the Ohio and Erie Canal, which was constructed between 1825 and 1832. This one is found north of Penninsula, Ohio. The towpath provides an all-purpose trail for nature lovers, walkers, runners and cyclists. reddit.com/gallery/lp4fnn
👍︎ 70
📰︎ r/Ohio
💬︎
👤︎ u/steinweg
🚨︎ report
Mythical beast spotted patrolling the towpath. reddit.com/gallery/l65c6g
👍︎ 35
📰︎ r/xbiking
💬︎
👤︎ u/MoominEnthusiast
🚨︎ report
Would be grateful if people would consider signing the petition calling on the Department for Infrastructure to build cycling infrastructure to connect the west of the city to the town Centre and running out to Lisburn. It can also connect to North Belfast and to the Lagan towpath. chng.it/nJRMBbfg6R
👍︎ 69
📰︎ r/Belfast
💬︎
👤︎ u/garyomario
🚨︎ report
Biking the Delaware Canal Towpath?

I'm in the midst of finishing High School and one of my goals is to be able to bike the full canal trail from Bristol all the way to Easton and back. its about 60-70 miles each way, so I'd probably be going over 120-140 miles. I'm estimating it would probably be about 6 hours each way. I've ridden sections before and it doesn't seem like there are any surprise hills or anything.

Has anyone here done this before? If so, do you have any advice regarding the time it takes or things to pack? I'm also curious to see where I can get a full map of the trail. I can't seem to find an accurate one online, but that may just be my fault. I'd really appreciate any help/advice/insight. 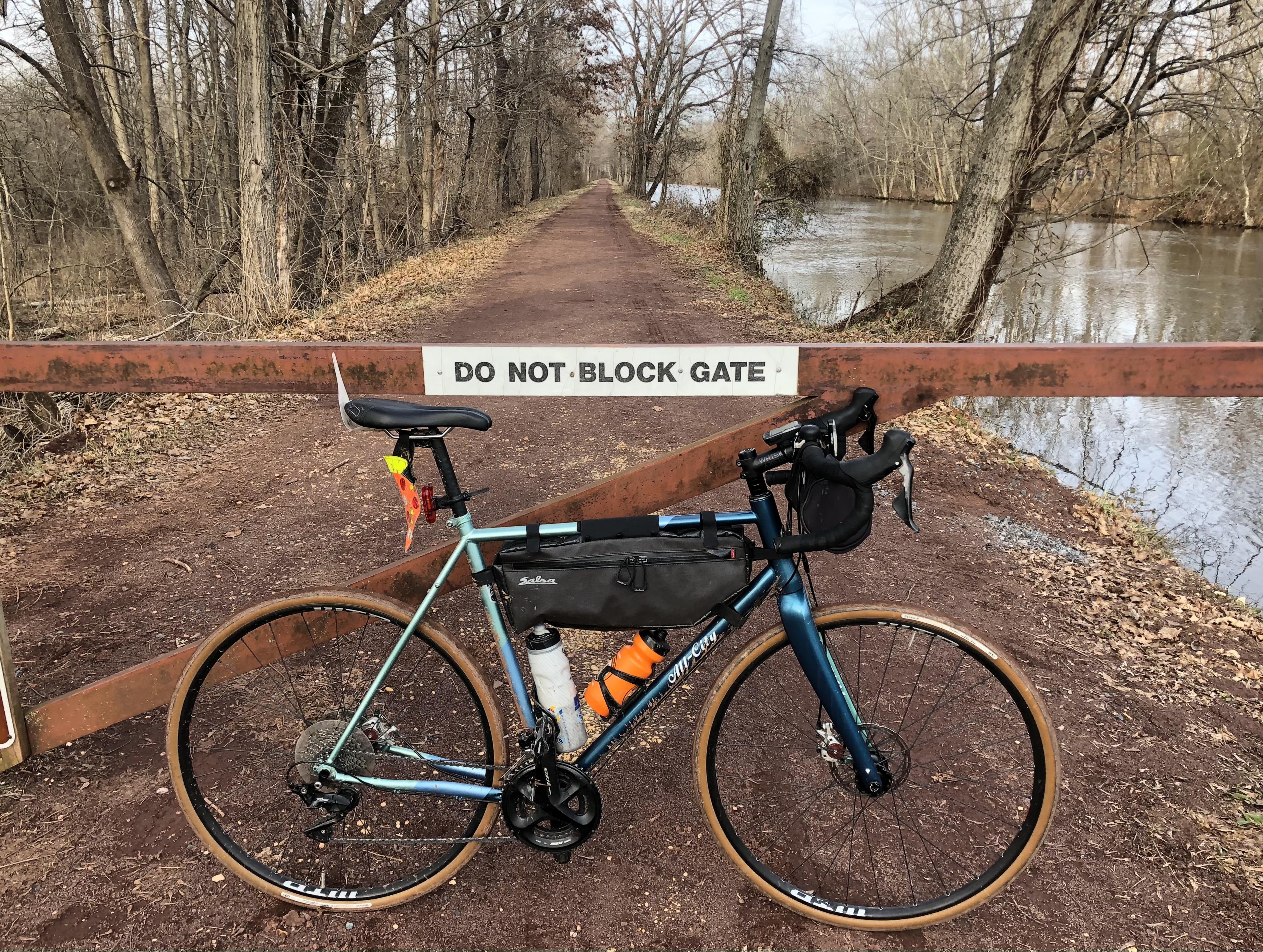 👍︎ 208
📰︎ r/gravelcycling
💬︎
👤︎ u/wilsonfish
🚨︎ report
Just a chap I met today walking his geese along the canal towpath...like you do. Apparently he takes them to the paper shop and they wait outside for him. What a class gadgee! 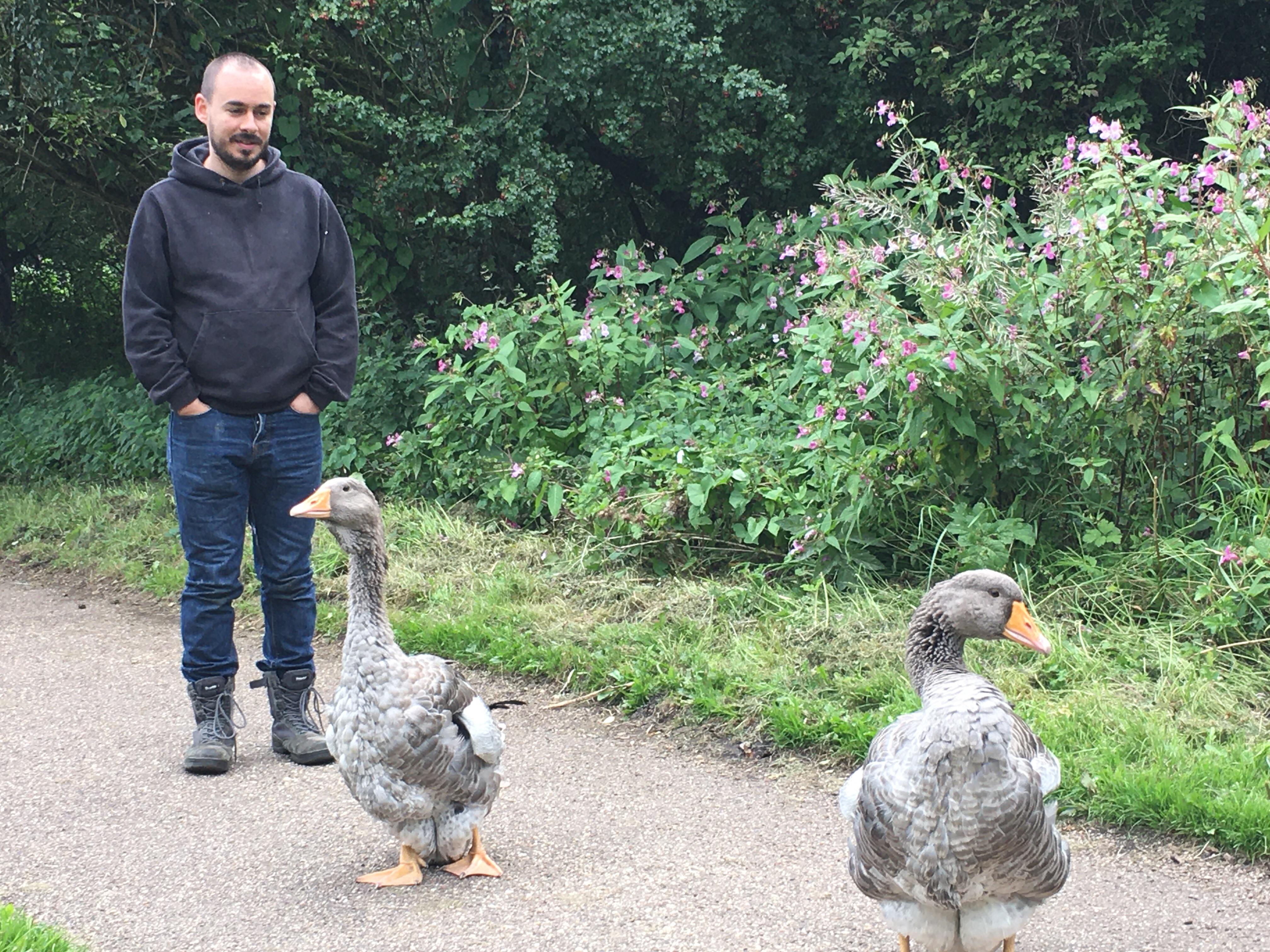 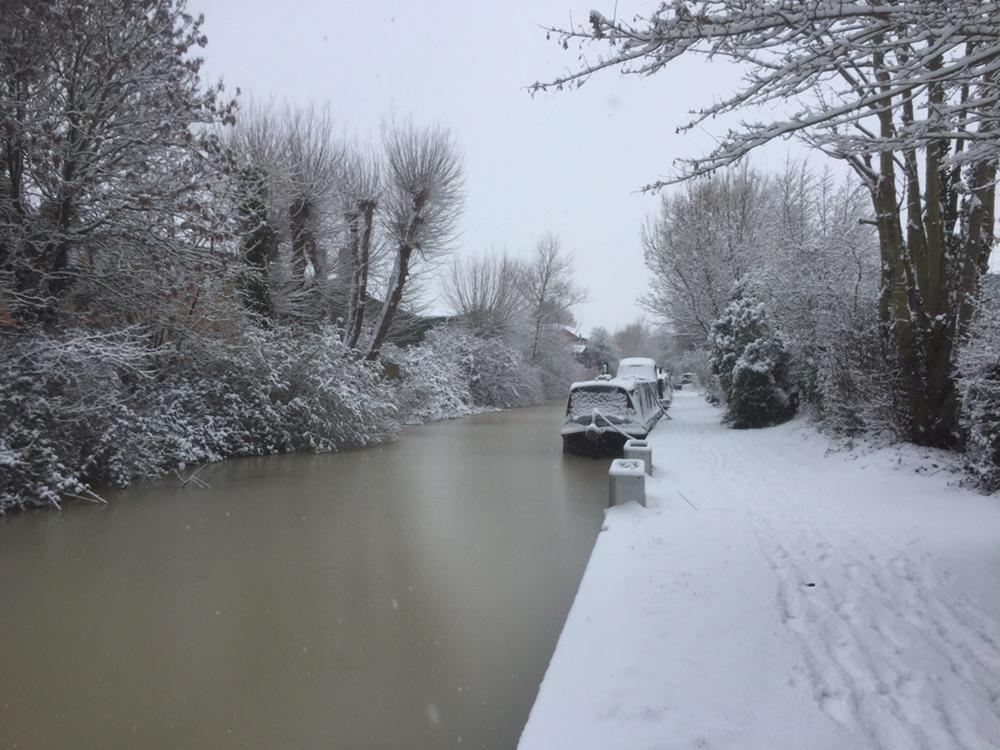 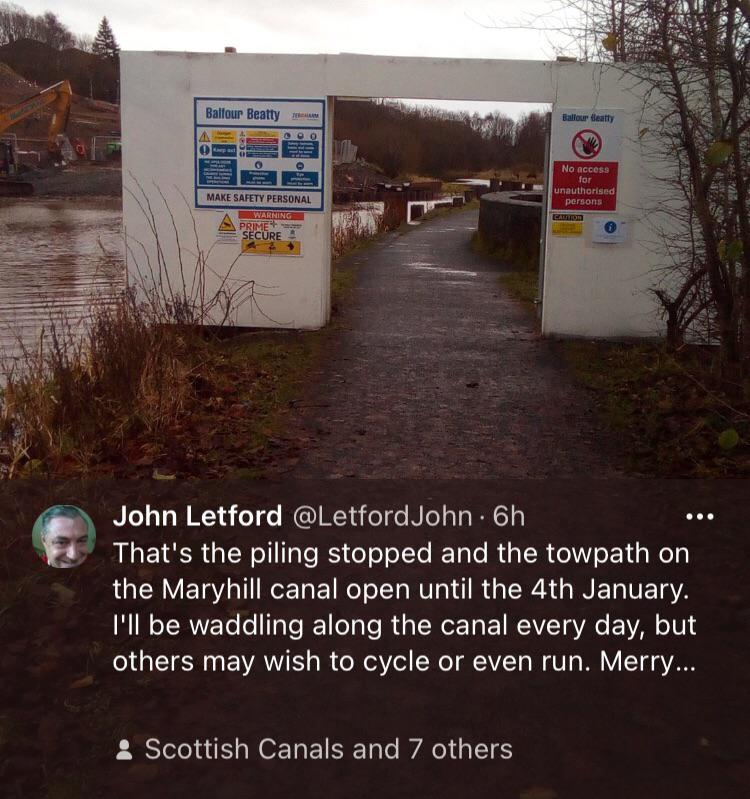 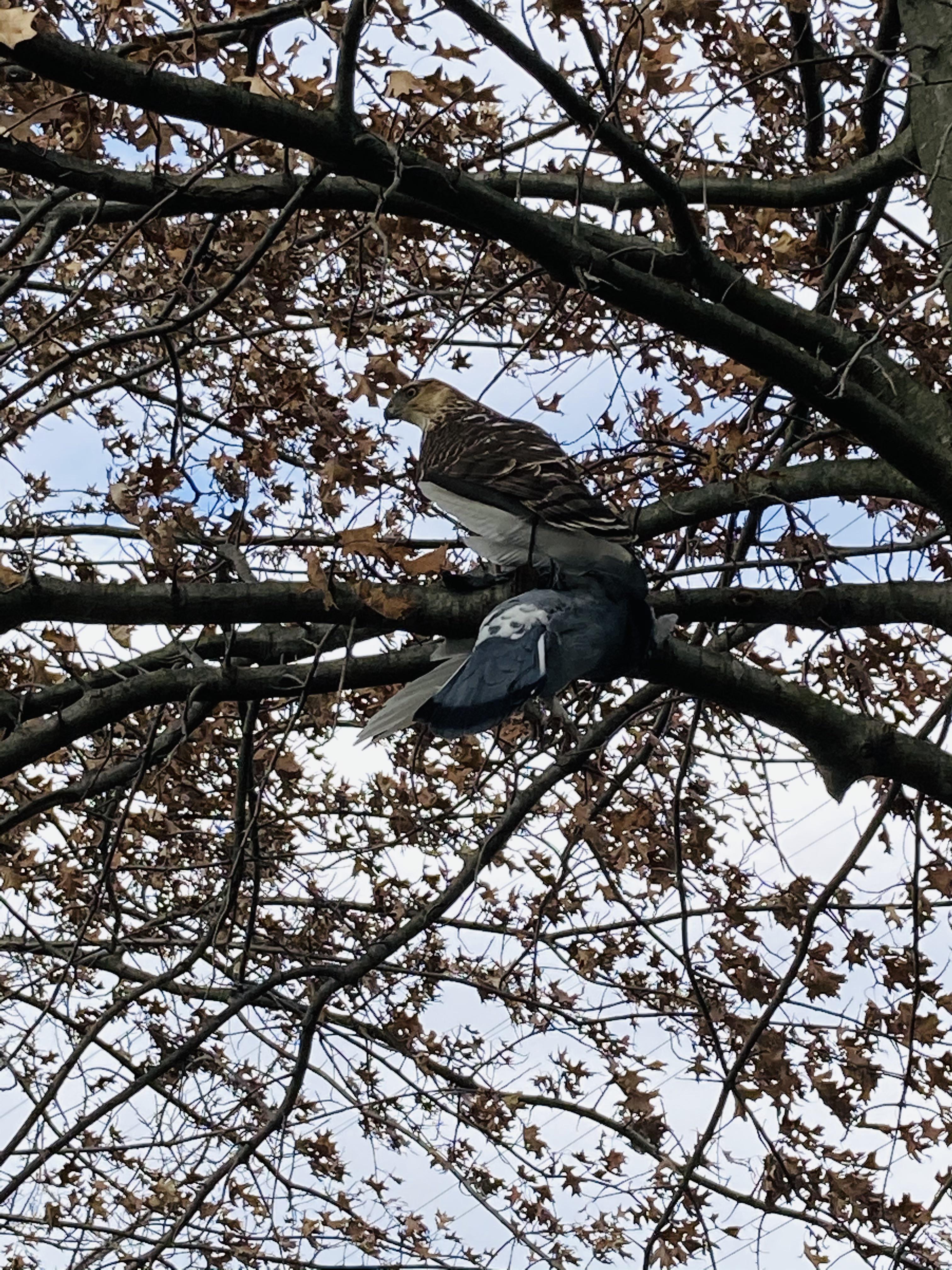 The Lagan at Stranmillis is very low at the minute, assume it's something to do with the installation of the new bridge.

Any how, if you have the kids down at the duck feeding spot at the bottom of Sharman Road, there's a couple of longtails living under the concrete, which is now exposed due to the water level. So keep a wee eye out if the little ones are peaking over the edge.

Also, clean up your dog shit, the fucking car is stinking now. 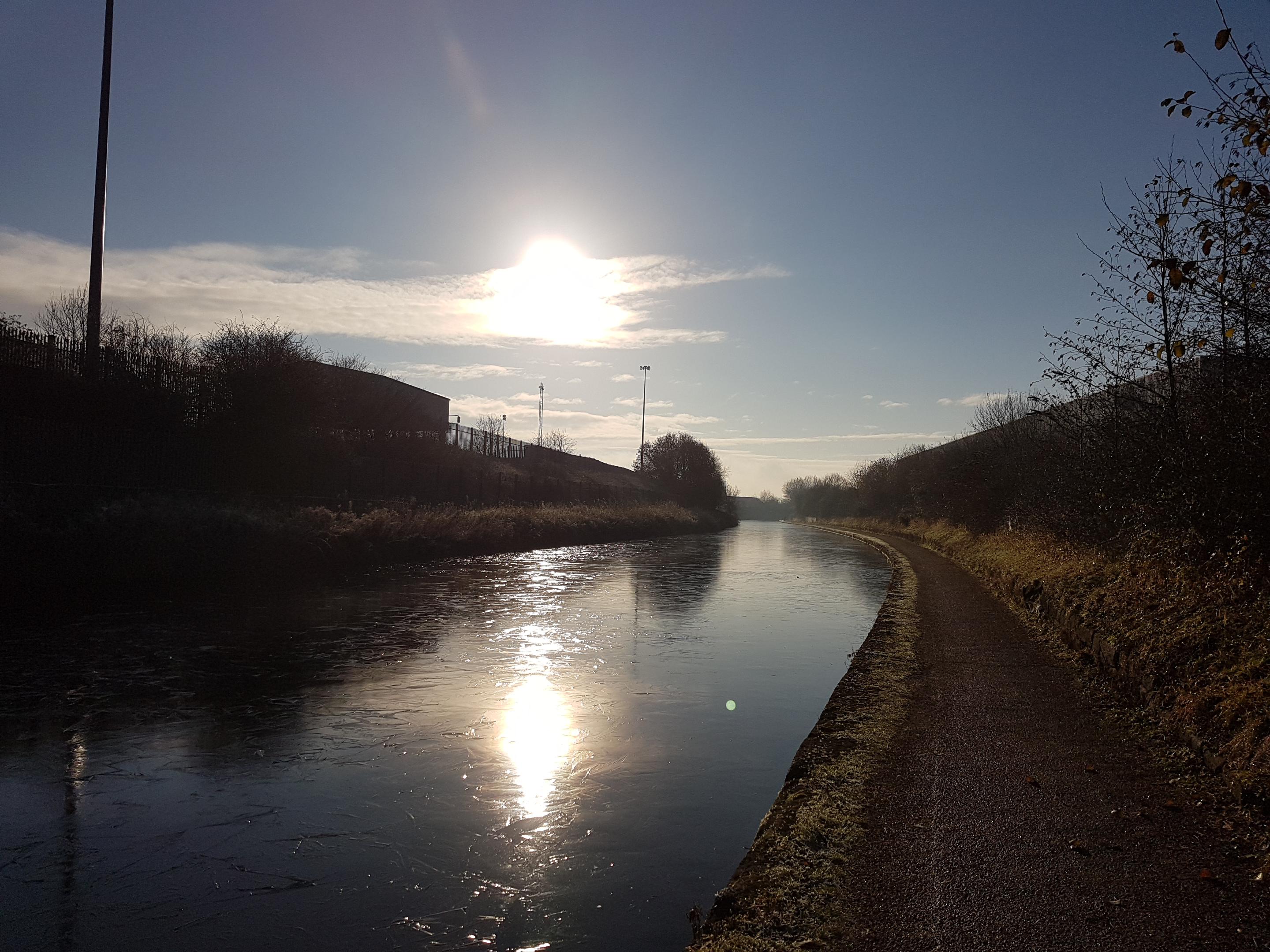 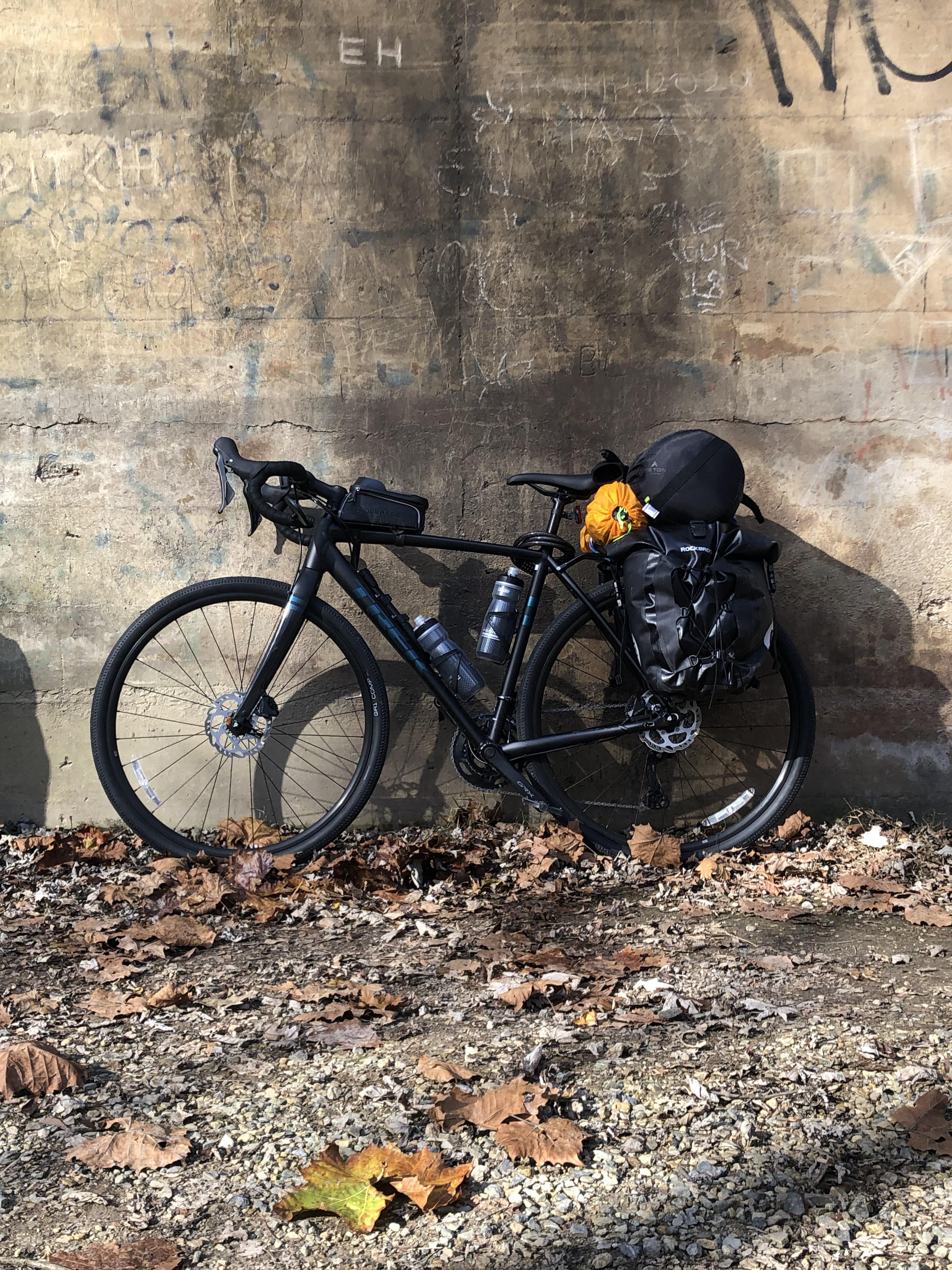 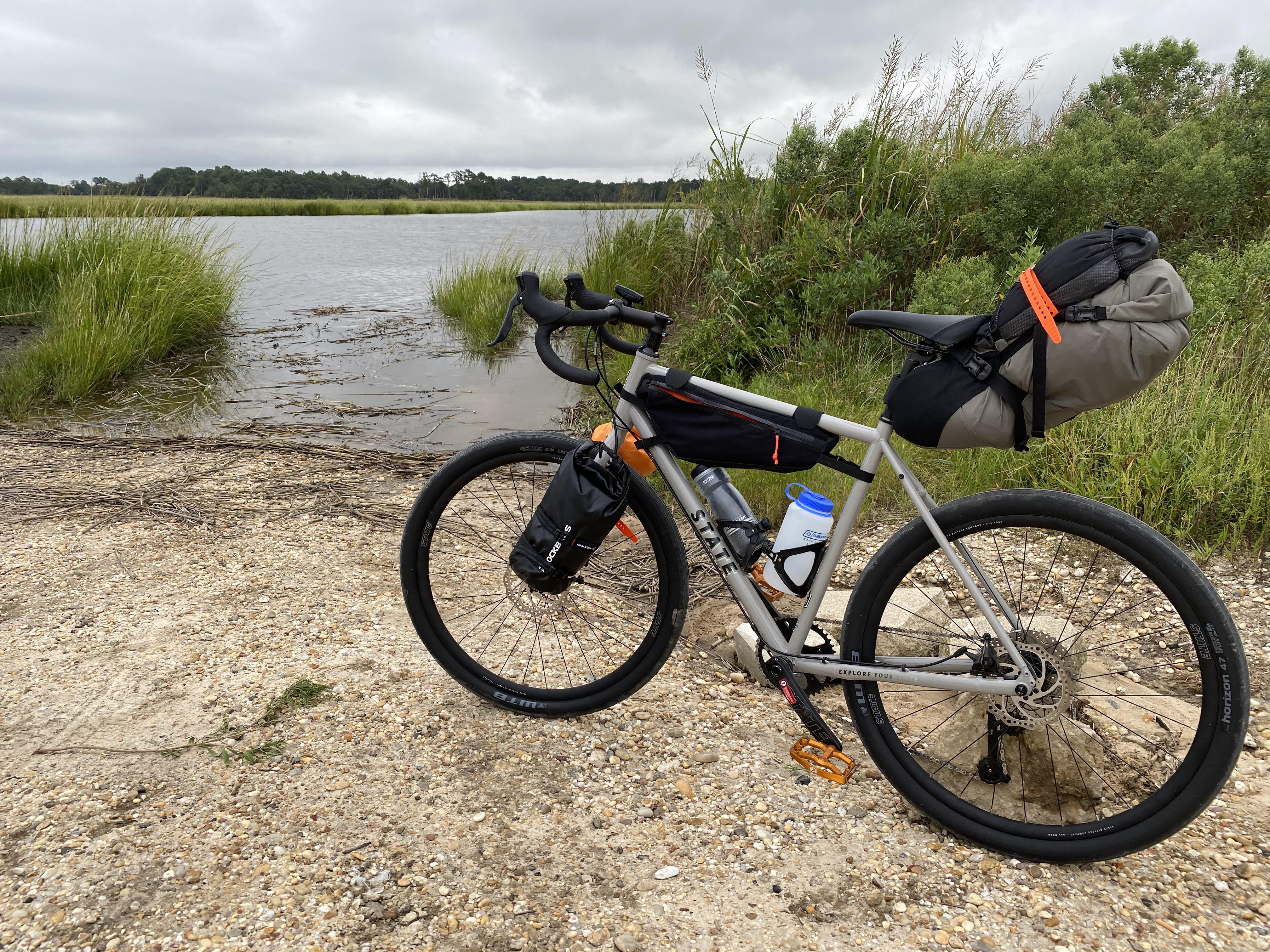 My completive instinct was definitely a negative in this race, I came out of the gates too fast. I had ended up with my first half being in 1:54, so about 8:45 per mile pace which is faster than I had been going in training. I tried to keep pace with a couple of people and think I would have been better off going slower.

I was solidly around 9 minutes per mile until mile 17, and that's when I hit the wall. I began switching between walking and running every minute. Luckily, I didn't really get the cramping until Mile 25, where my right calf locked up.

The recovery has been rough, for the first two hours following the race I was nauseous and didn't want to eat anything. I was also shivering cold. I was able to force down a milkshake and banana before developing an appetite. Then once I became hungry, I couldn't stop eating. I had a burger and fries, then chipotle for dinner. Followed by an 11 hour night sleep. Feeling much better this morning but still sore and hungry.

Overall, it was a great experience, small little race with a staggered start. A lot of out-of-towners doing the 50 state challenge, as this was one of the first in person races in a while. I started running in March, and went from 200 lbs to 170 lbs (I'm 5'11").

Next, I'd like to take some time off but keep to about 20-25 miles per week. Get back into yoga and a bit of strength training. I'd like to try another race in the early spring.

E: For Training, I followed Hal's Novice 2. I think two things I missed about training, was not taking actual advantage of the "Cross" days. I'd usually do a long walk, but don't feel like that was enough. Additionally, I probably could have added more calories the week prior to the race. Don't think I would have avoided the "Wall" but probably would have came later in the race. 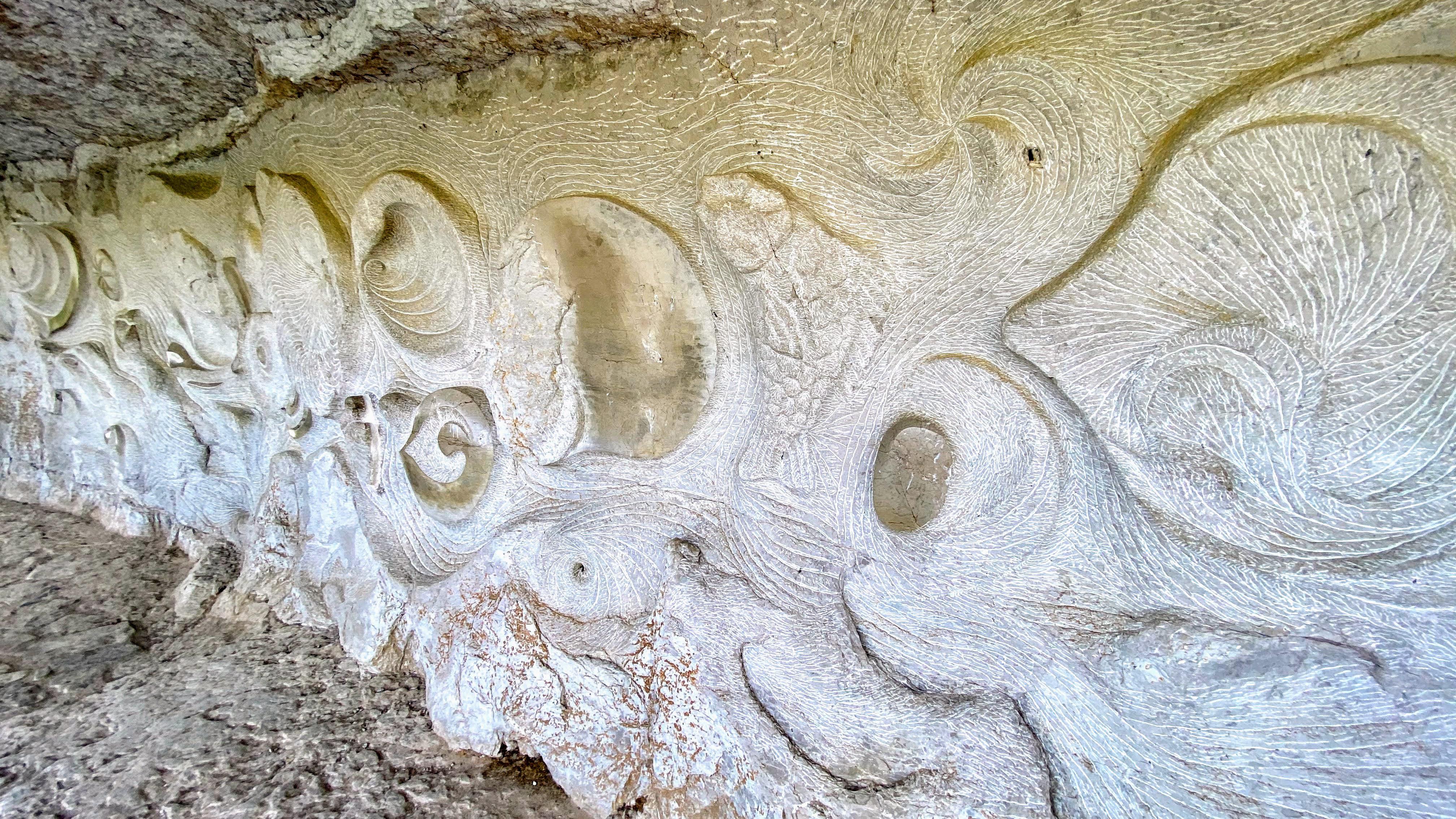 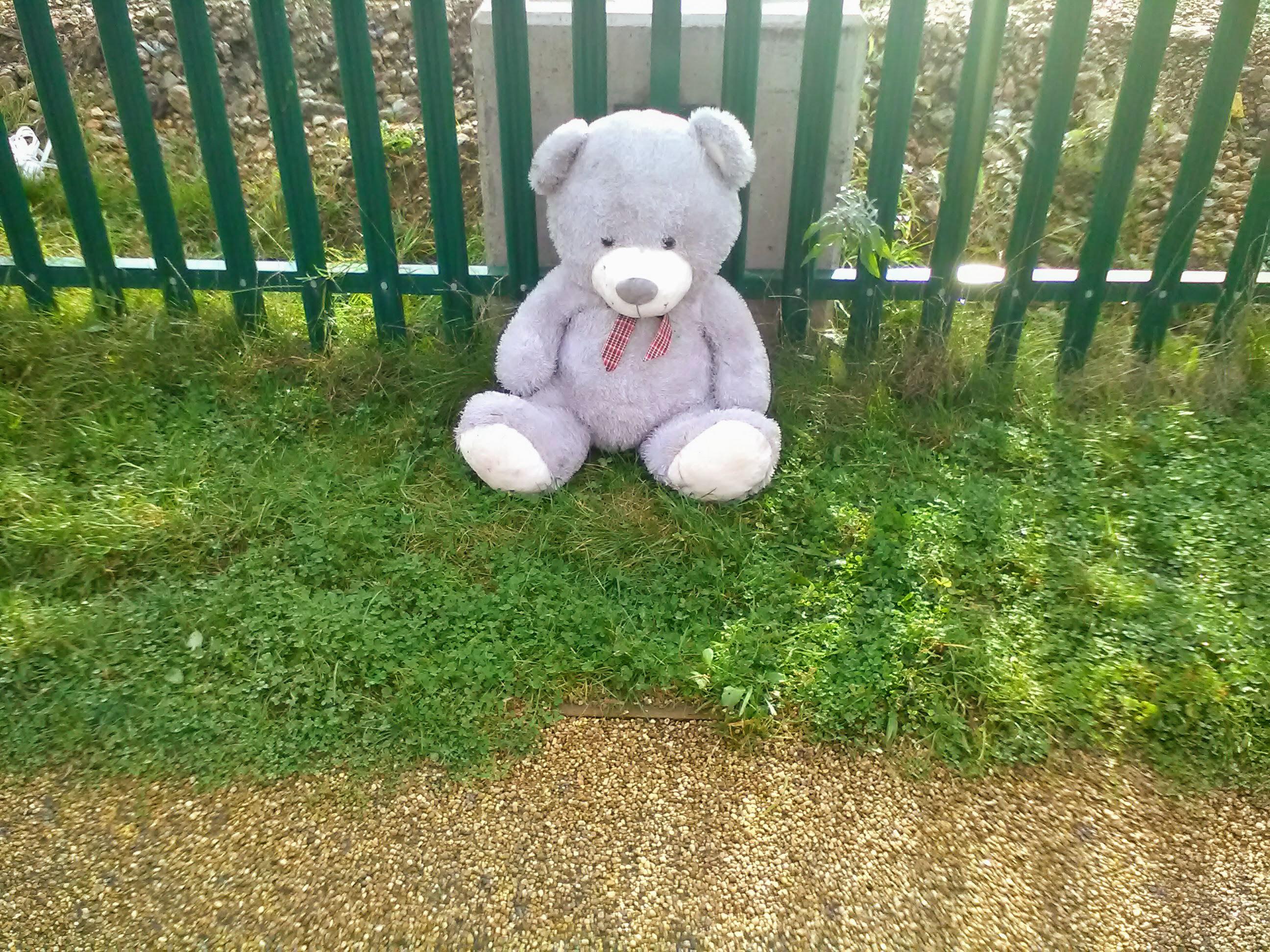 So I was looking at the Ohio and Erie Canalway website, and it references "Towpath campsites: are available for single night, pass through travelers," but I can't find ANYTHING ELSE! Anyone know more about where you can camp along the towpath? I was thinking of doing a 2-day trip and would love to camp overnight next week. Thanks! 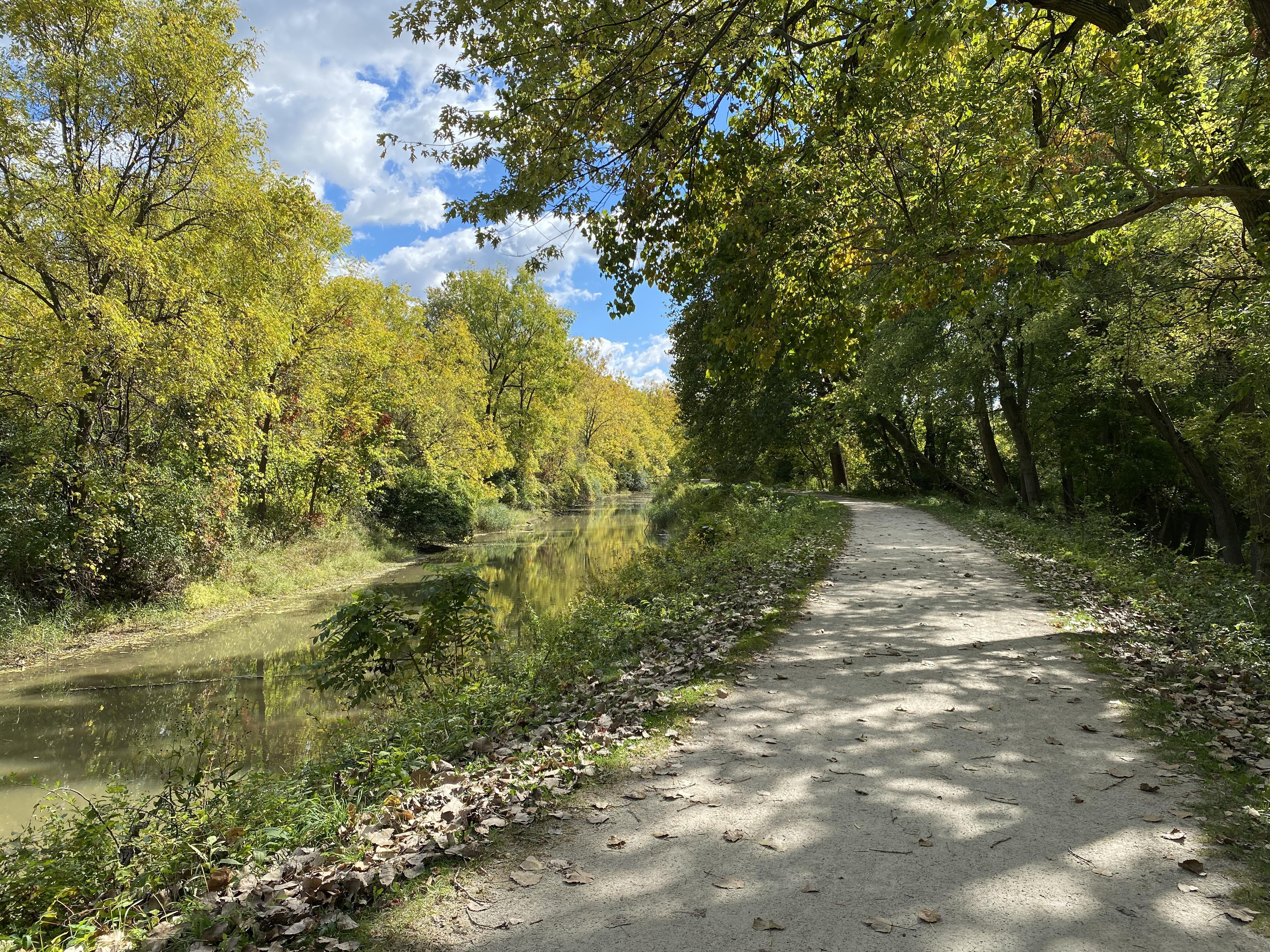 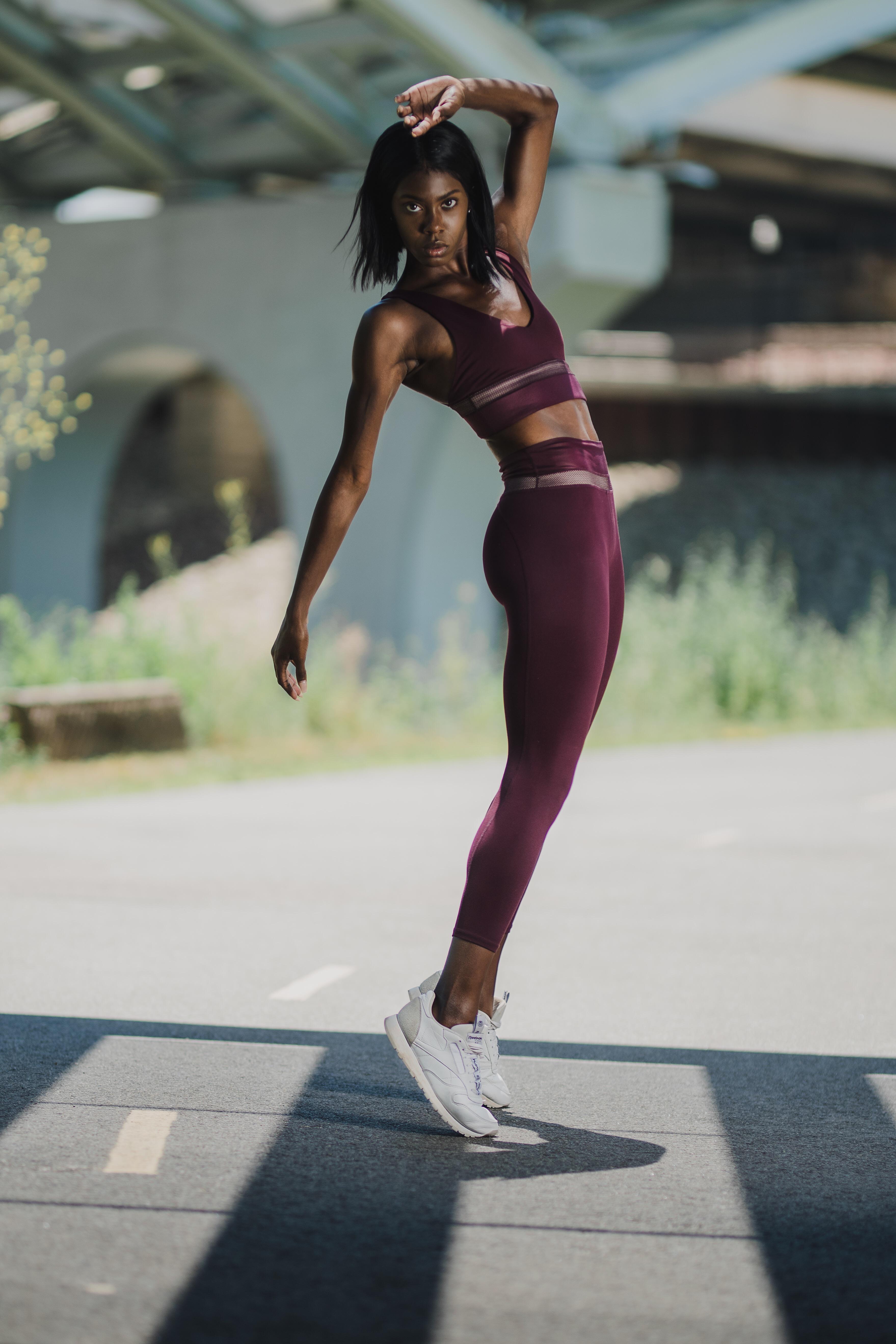 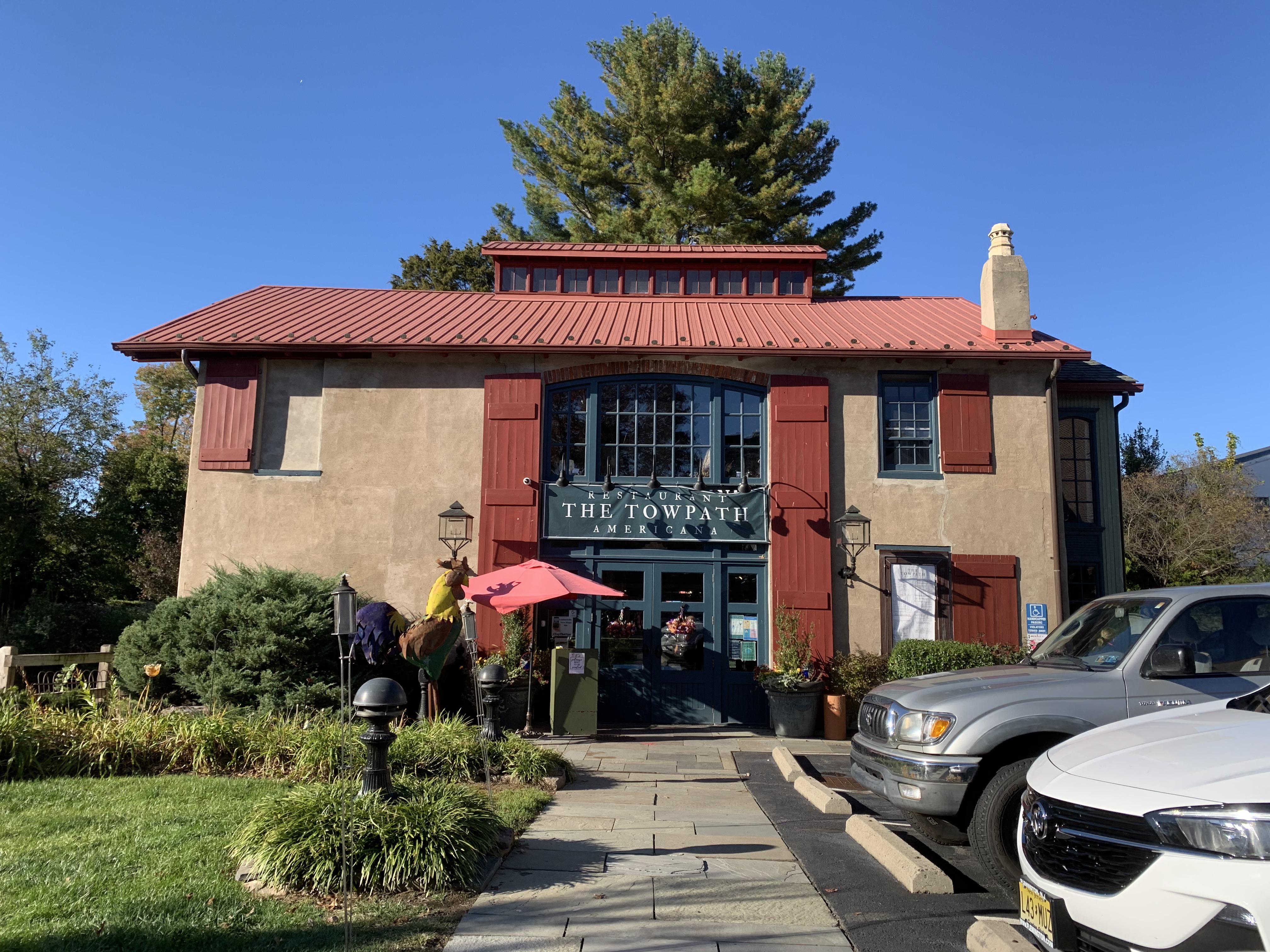 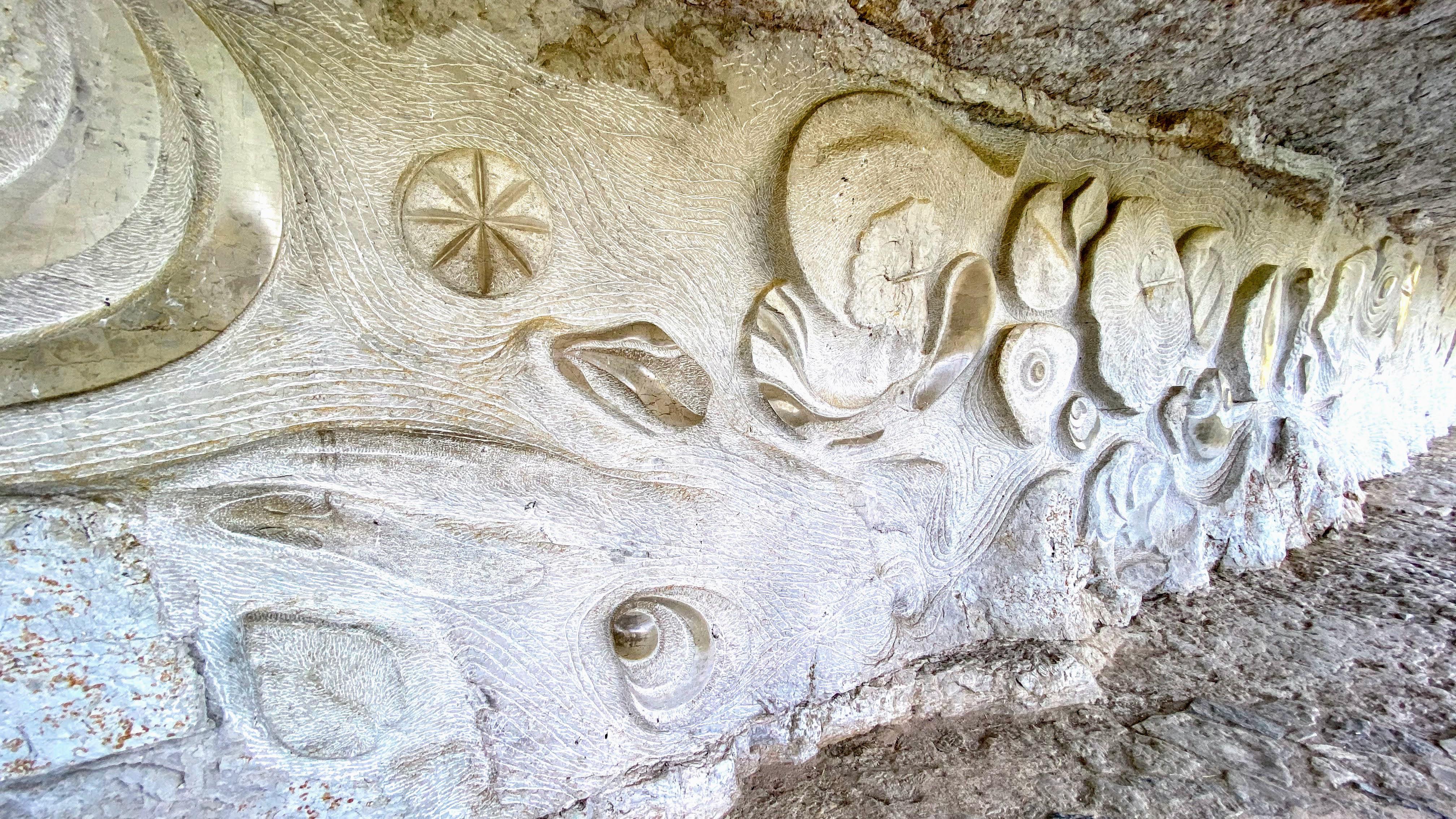 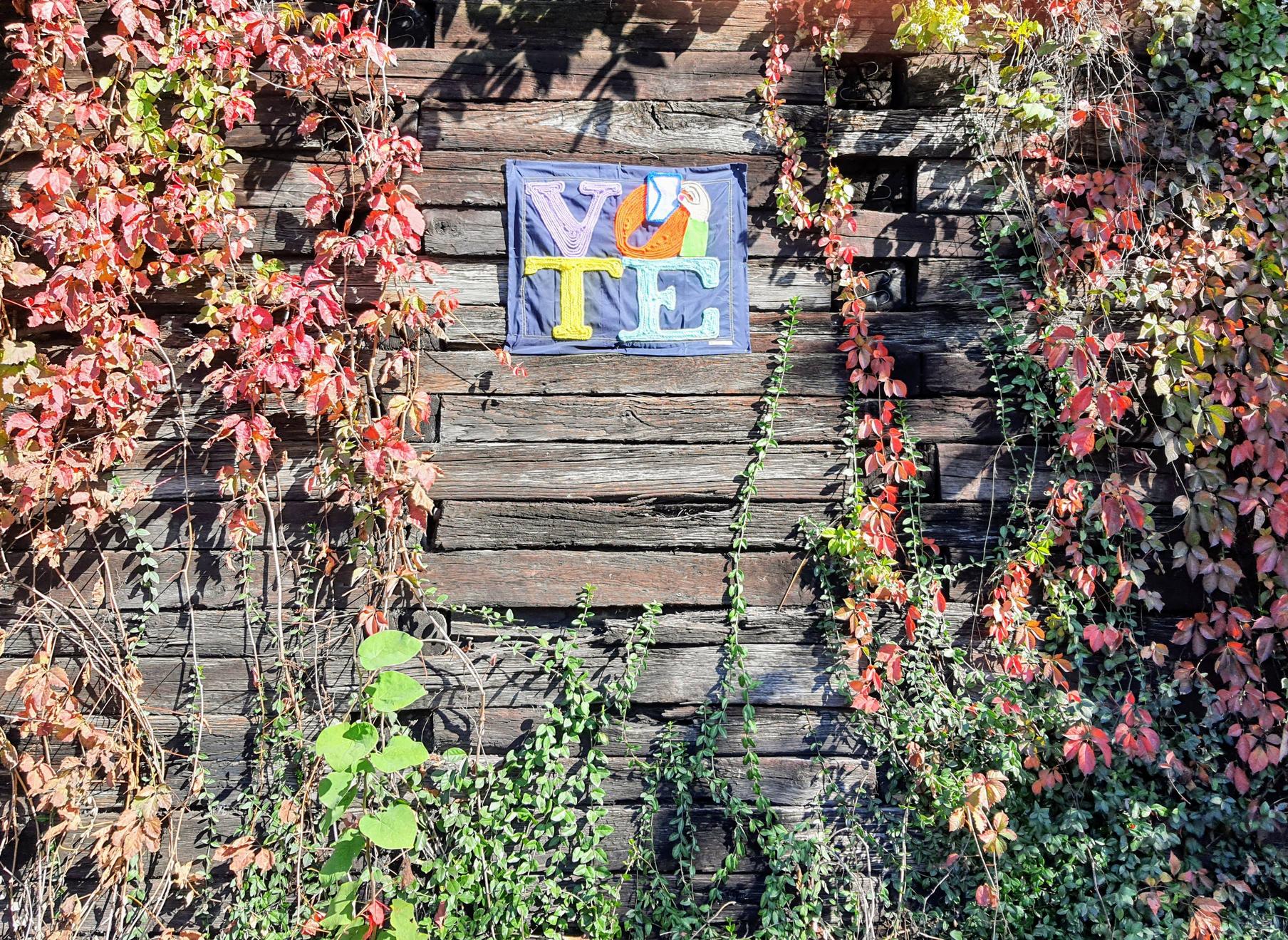 Some friends and I will be riding the Towpath Trail from around Massillon through Summit County on Saturday and would like to finish up the trip at a brewery. Are there any good options along the trail? I looked at the map and it appears Magic City may be close. Any other recommendations? 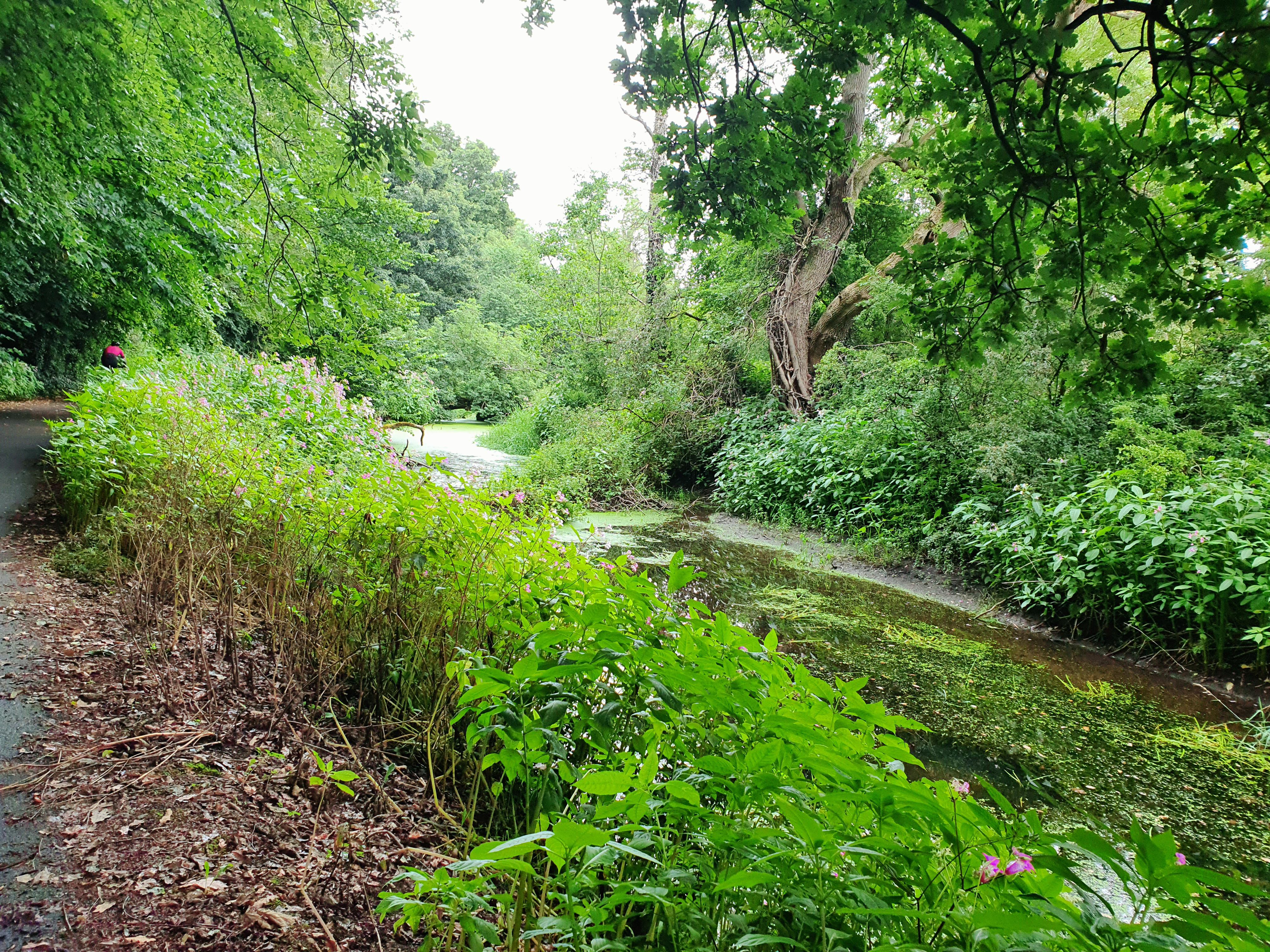 👍︎ 226
📰︎ r/northernireland
💬︎
👤︎ u/BatGlenn
🚨︎ report
Getting packed for a 4 day 3 night bike packing trip on the C&O towpath. reddit.com/gallery/iyp5sg
👍︎ 26
📰︎ r/CampingGear
💬︎
👤︎ u/therustytracks
🚨︎ report
The C&O Canal Towpath trail was my introduction to multiday backpacking. It's a great beginner trail due to the frequent placing of water, campsites and portable toilets, not mention the flat terrain. (Wait, I just mentioned it!) Here's a photo from a campsite not too far from D.C. — May 2017. 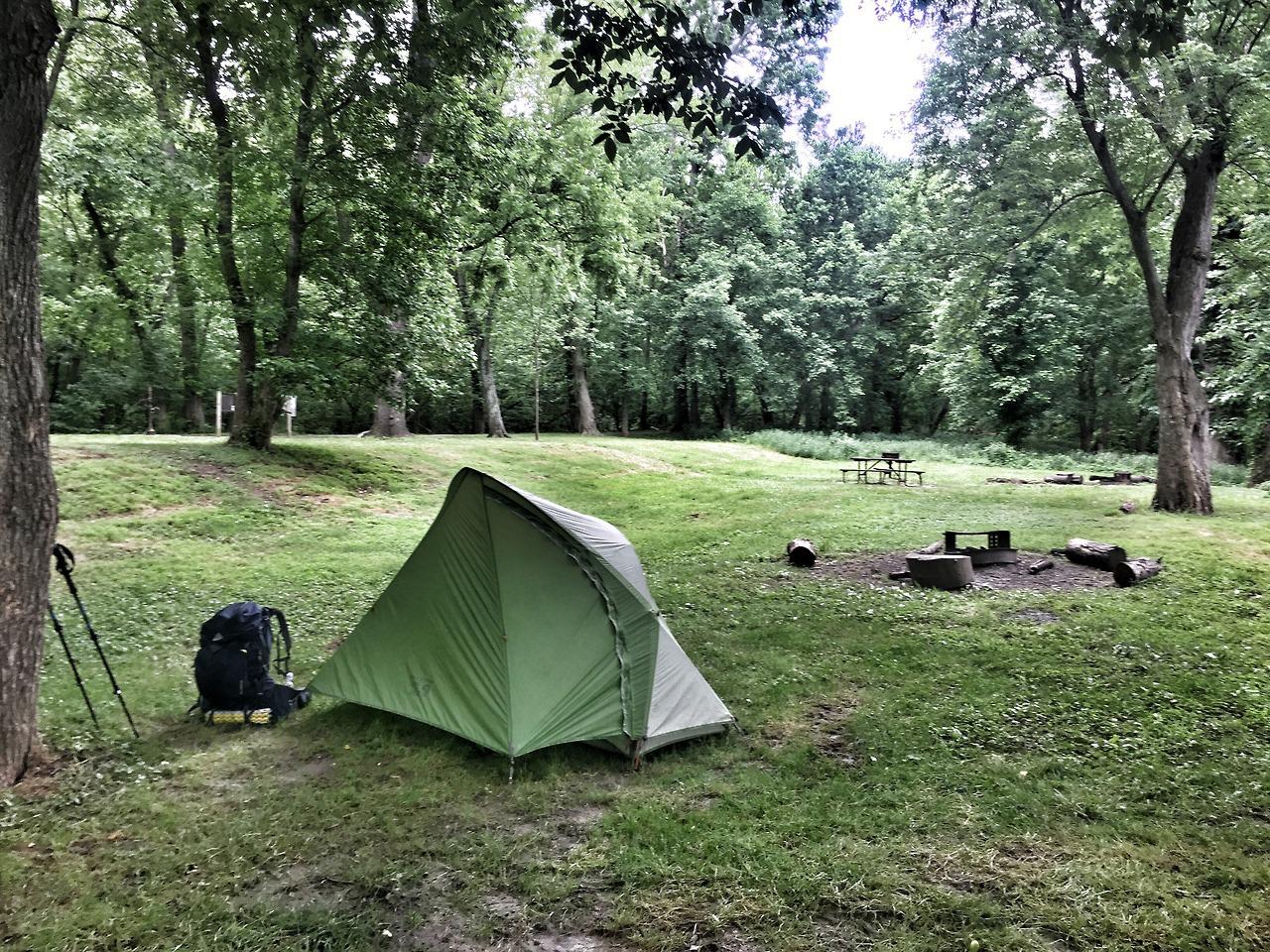 I just got into road biking recently and love it. I got the clipless pedals (using MTB shoes though) and have been riding mainly road trails. I used Komoot and attempted the Towpath with a few friends yesterday. They all had hybrid bikes with wider tires while I ran 25s. I had a tough time. I didn't go very fast mainly since I didn't know if the road bike could handle that kind of trail. Whats odd Komoot told me to go down that way using a road bike so I assumed there would be more paved road. I found out later on that the NJ side is way better of a smooth ride so maybe next time.

Do fellow road bikers go on packed dirt and gravel often? I found it to be a pain to ride on. I actually broke off the group and hopped on the paved road and started flying again.