Technology stocks are crashing – what now

A friend just messaged me saying that his portfolio lost 10% of its value recently and that this was complete doomsday. Judging by the futures, the NQ is down 6.8% from its highs (a 1.8% gap down this morning alone). I get that, it's frustrating.

It is also noteworthy that the sell-off hurts technology stocks in particular. But mind that they were also the largest beneficiary in recent months:

Which one is going to be hurt first and foremost once a correction is underway? Of course it's going to be the most stretched industry sector. Information technology is 28% of the S&P 500, and 20% of the DJIA.

If you buy stocks, you've got to have conviction in them. You've got to know what you are buying. Am I going to dump all my holdings just because they're "overvalued". Of course not. I'm going to hang in there with stocks going down 30% and then come back up 80%. Even if that takes another 3 years. It's the nature of the market and it is great at weeding out the less convinced.

Volatility is the price you pay for your returns.

If you held Apple all these years, you are sitting on a fortune now. Same goes for Amazon and many other megabrands of today. Amazon went top to bottom 60% several times in its history. You've got to have conviction in what you're buying to hold onto such kind of volatility. I also go to the grocery store to pick my favorite marmalade brand. If there's a 30% discount I'll pile up. But you cannot ever pile up if you don't have conviction in your holdings in the first place.

So here's what I would do. Go through your portfolio name by name. Ask yourself why it's there in the first place. Start with "I own XYZ because...". Warren Buffett had also advised it in one of his interviews. If you can't tell that story, sell it off. It doesn't belong in your portfolio. Free up that cash so you can pile in when spectacular opportunities arise in future. 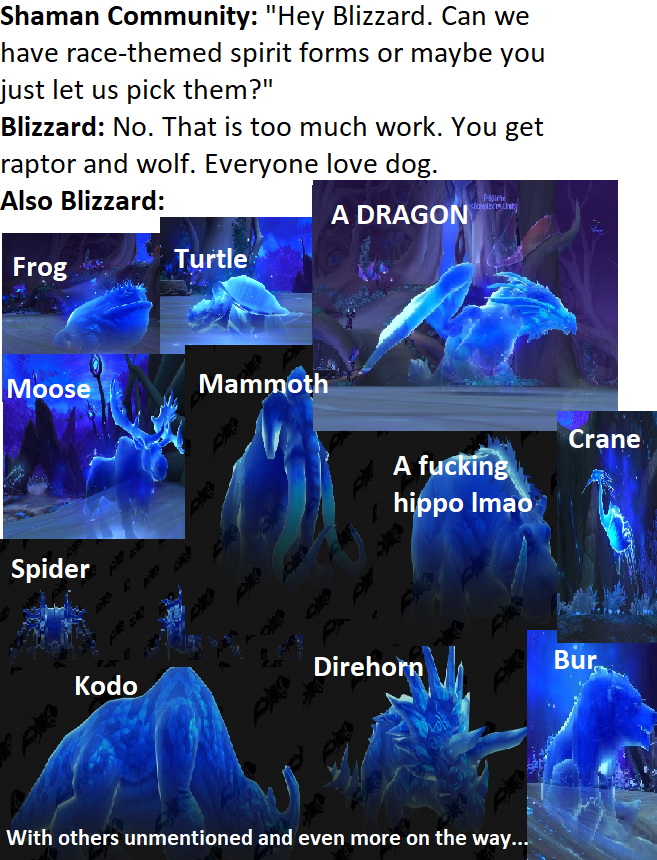 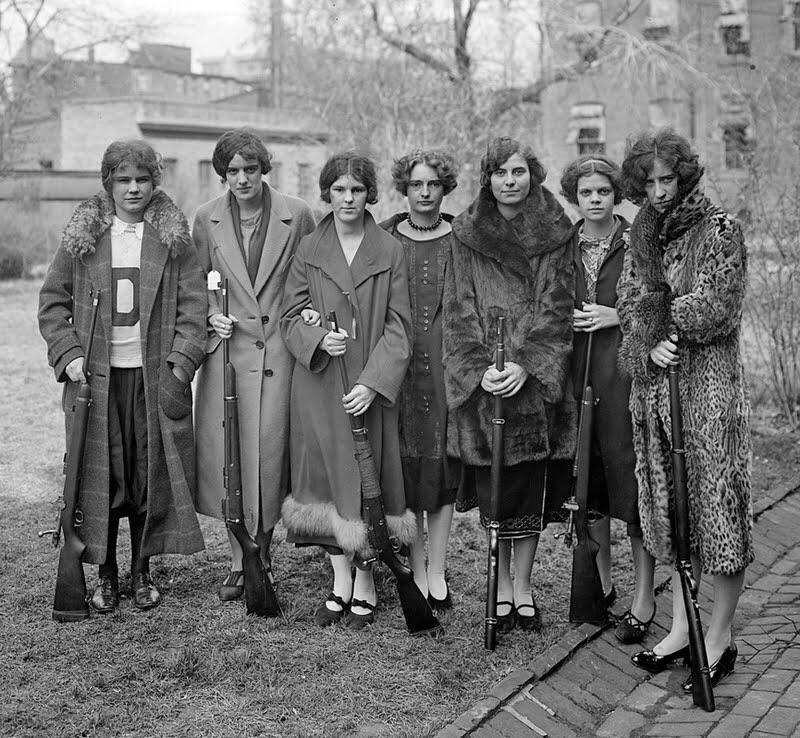 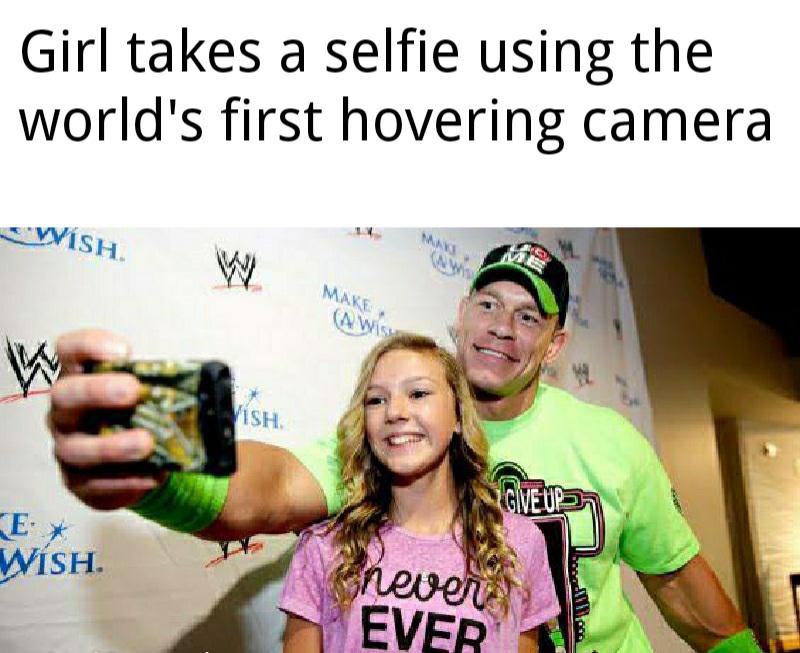 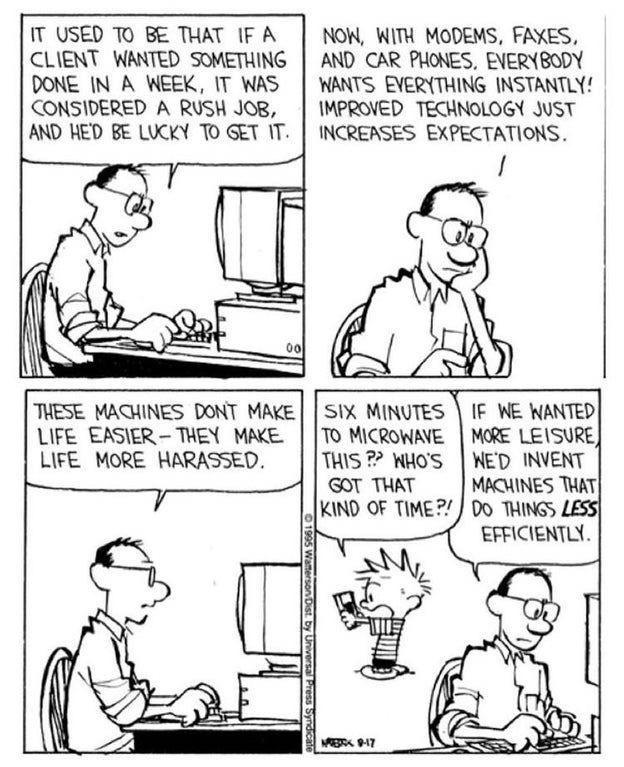 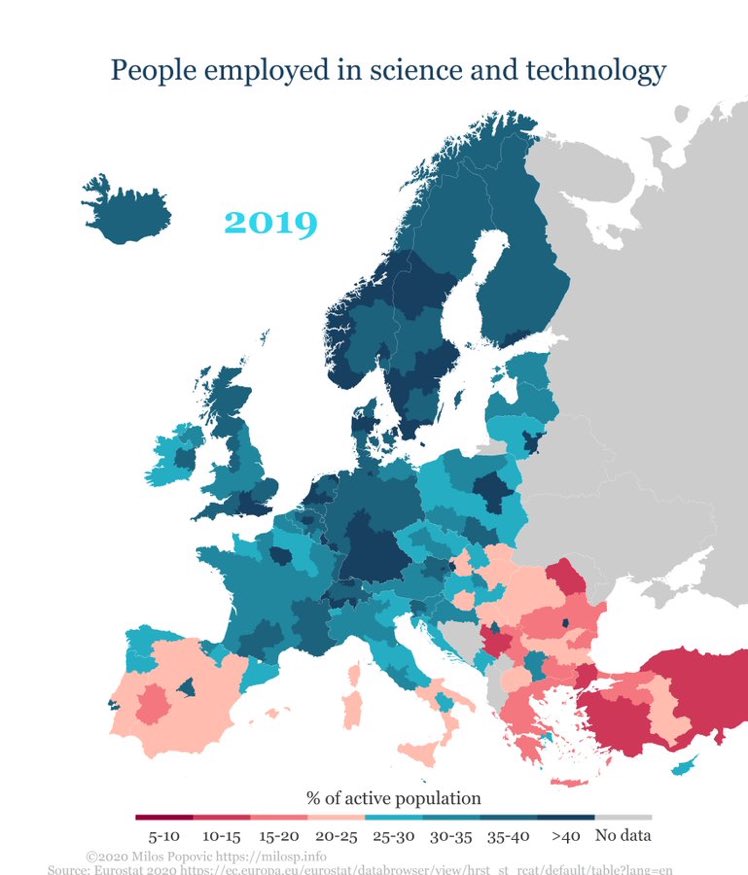 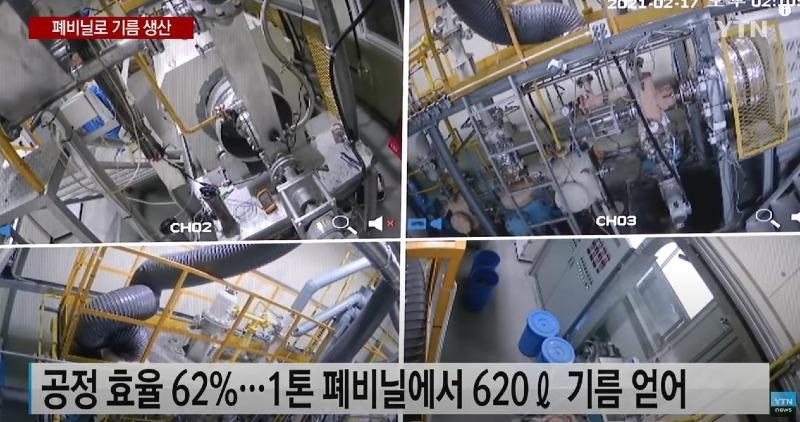 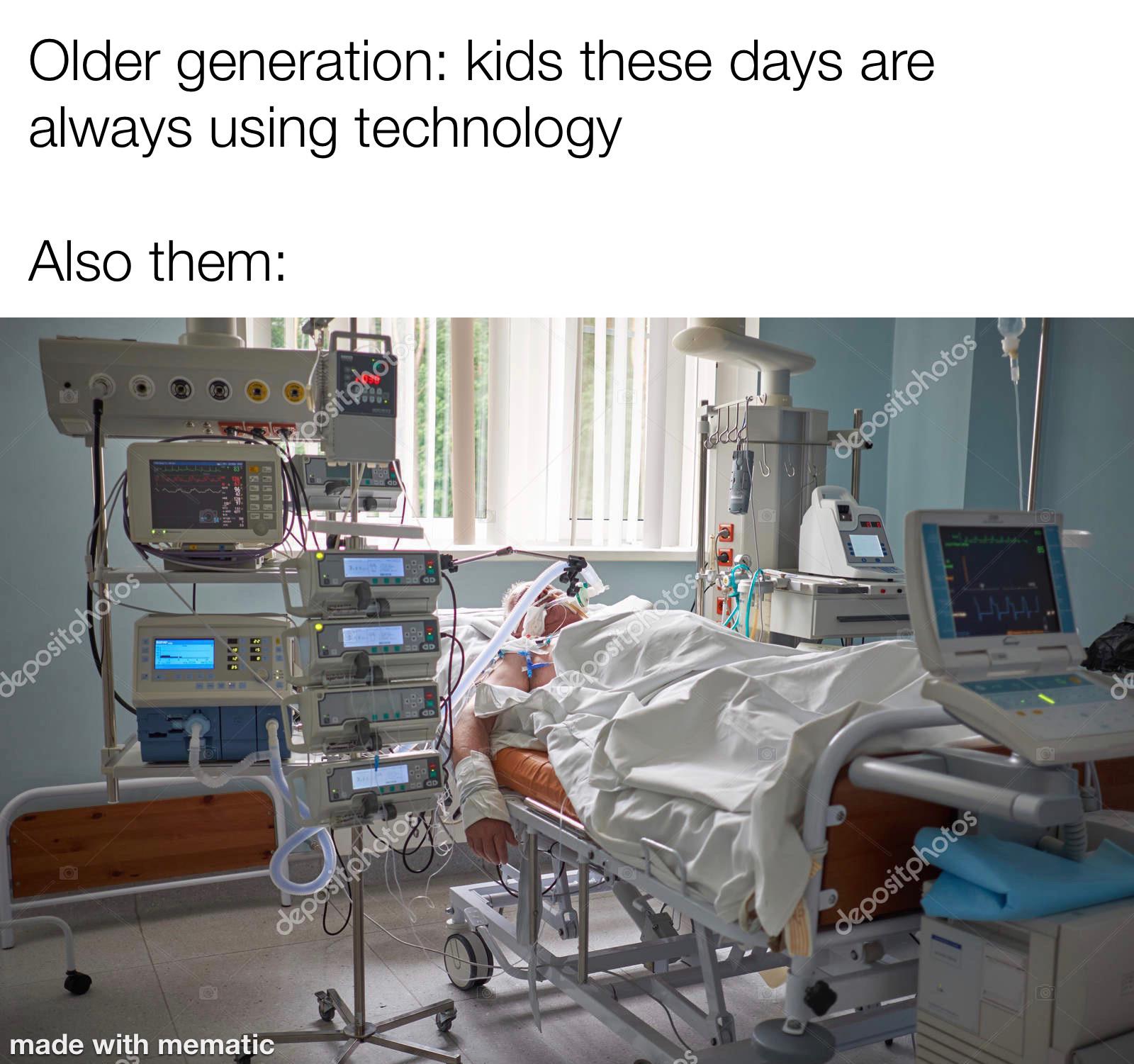 My newest project, The Quest, is a podcast where I bring the world stories of the people who struggled to find their own purpose, made it in the outside world, and then found deeper meaning beyond success. My guests so far include The Chainsmokers, Michael Seibel (CEO of Y Combinator) and Steve Huffman aka spez (CEO of Reddit).

Starting in 2021, I want to co-build this podcast with you all. I am launching a fellowship to let some of you work with my guests and me directly. We are looking for people to join who are walking an interesting path and discovering their true purpose. It went live 1 min ago and you can apply here, now. 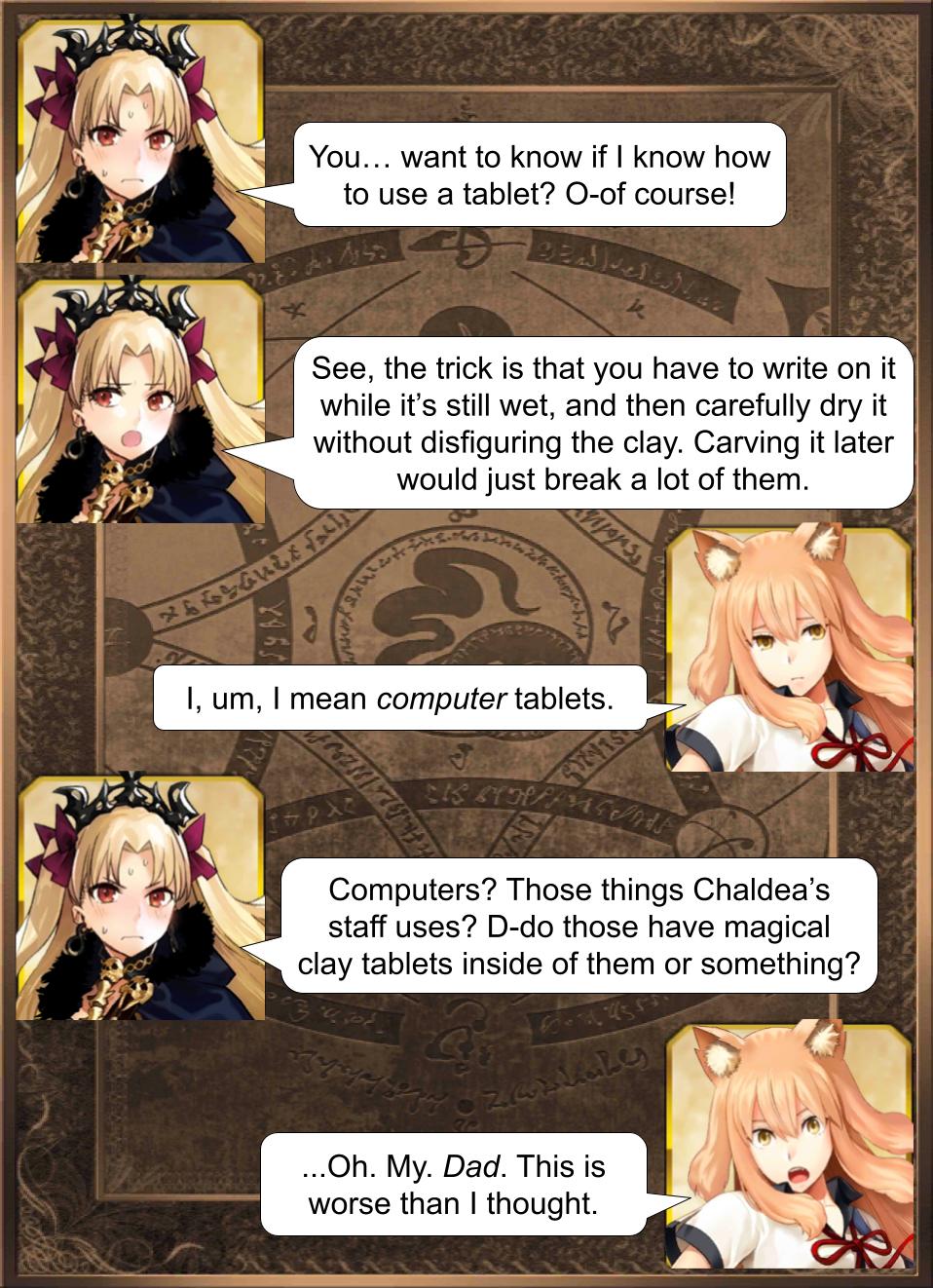 Company sold a product that was sold to consumers almost exclusively through our independent dealer network. When a consumer bought one of our products from a dealer, the dealer was contractually obligated to log into our warranty system and register that product by serial number and supply the buyer's information.

Makes sense and sounds pretty simple. Apparently not for the paranoid small business owners of the world.

$PSP - We'd like to add a place on our public website where consumers can register their new product themselves.

$Watts- How does it get registered today?

$PSP - The dealers are supposed to be doing it. But they often use their own address because they don't want us to have their customers' contact information. If we have a product recall we can get hundreds or even thousands of the mailed notices returned because the person doesn't live at that address. It gets really bad if the dealer has gone out of business.

$Watts - So your telling me that our answer to dealers not living up to their contractual obligation of correctly completing warranty registrations is to try and get consumers to do it themselves on our website and then somehow reconcile the information they enter with whatever the dealer might have entered. Why don't we just get the dealers to do their job right and live up to the terms of the contract?

$PSP - after a long pause $PSP looks at the other PSP in the meeting - I think I need to have a conversation with the VP of Sales. Watts has a point.

Ya think?!? Score one for common sense and holding people accountable for doing their f&*%ing job instead of getting IT to fix it. 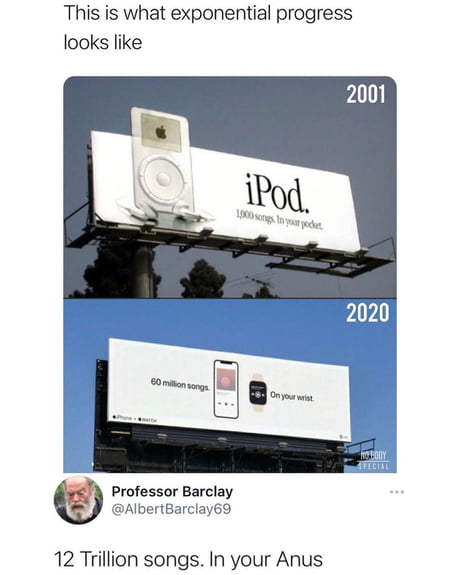 👍︎ 8k
📰︎ r/HolUp
💬︎
👤︎ u/esberat
🚨︎ report
Islam is against intellectualism, critical thinking, and curiosity, and as a result of this, we see Muslim countries lag behind in science and technology.

From a secular view, intellectualism means the devotion to pursuits in search of knowledge[1], where knowledge means justified true belief[2].

The Quran also does use a few different words that refer to reason and knowledge.

For example, the Quran does advocate for the use of reason:

>Indeed, the worst of living creatures in the sight of Allah are the deaf and dumb who do not use reason

Here Tafsir Mokhtasar defines this as: “The worst of creatures on the face of the earth in the sight of Allah are those who are deaf to the truth, not listening to it and accepting it; and dumb, not acknowledging the truth or calling to it, because they do not understand what Allah instructs or forbids.”. Here the truth is meant to mean the truth of Islam. So the religion of Islam itself, not truth in the epistemological sense.

The function of reason in the Quran is to validate the Quran, not to question it. It is not right for a Muslim to interrogate the principles of theology, instead one should submit to the will of God through revelation.

So from an Islamic perspective, the Quran is completely pro-intellectualism. However, we have to be careful not to use the persuasive definition [3] fallacy, because when I say Islam is against intellectualism, I am referring to the secular definition, not the Islamic definition.

Most of us would agree that questioning is good. By questioning, we may be able to get answers to our questions, and through intellectual thinking, expand our knowledge.

When it comes to asking too many questions, or trying to use your reason in order to come to a conclusion about Islam, you are generally discouraged.

Here the Quran explicitly discourages asking questions, and even admits that people have become disbelievers by asking too many questions:

>O you who have believed, do not ask about things which, if they are shown to you, will distress you. But if you ask about them while the Qur’ān is being revealed, they will be shown to you. Allah has pardoned it [i.e., that which is past]; and Allah is Forgiving and Forbearing. A people asked such [questions] before you; then they 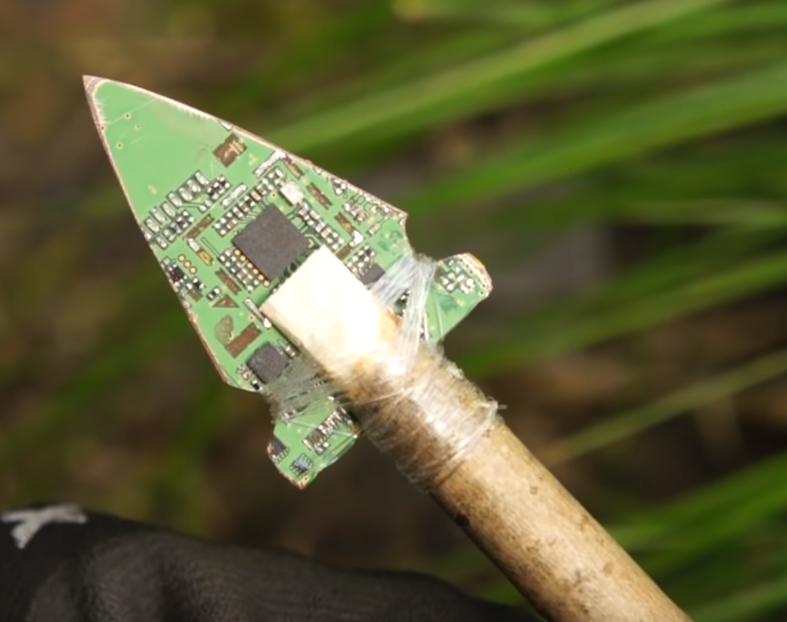 American's aren't getting vaccinated fast enough to outpace covid-19, and part of the reason is the inefficient, sometimes broken technology involved. We’re the team at MIT Technology Review who has been looking into the complicated data systems and processes behind America's vaccine rollout, trying to understand why they aren't up to their task in many ways. We've learned a lot about how it works (and doesn’t) in the US, and we've spoken to experts about what needs to change. There are a lot of pieces to this puzzle, and so we've written about them over several stories:

1 - We did a deeply researched overview of how America gets its vaccines. (it's a giant maze, pretty much) https://www.technologyreview.com/2021/01/27/1016790/covid-vaccine-distribution-us/

3 - So what are Americans doing instead to get signed up for their shots? Some are crowdsourcing ideas and tactics with their neighbors and even strangers. https://www.technologyreview.com/2021/02/01/1016725/people-are-building-their-own-vaccine-appointment-tools/

4 - We also looked at one faulty system used by Stanford to say who'd be eligible for vaccination at its medical facility. https://www.technologyreview.com/2020/12/21/1015303/stanford-vaccine-algorithm/

Some ideas for things to ask us about:

(We're less likely to be able to speak about the science of the vaccines themselves, or where you or your family should personally go to get a vaccine.) 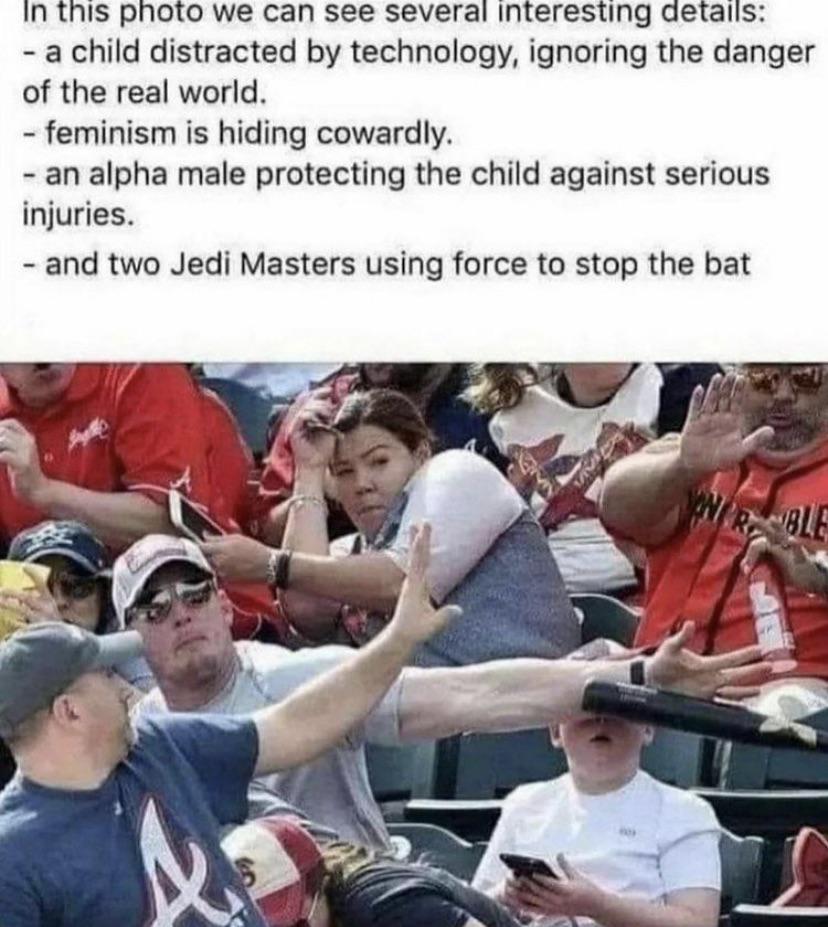 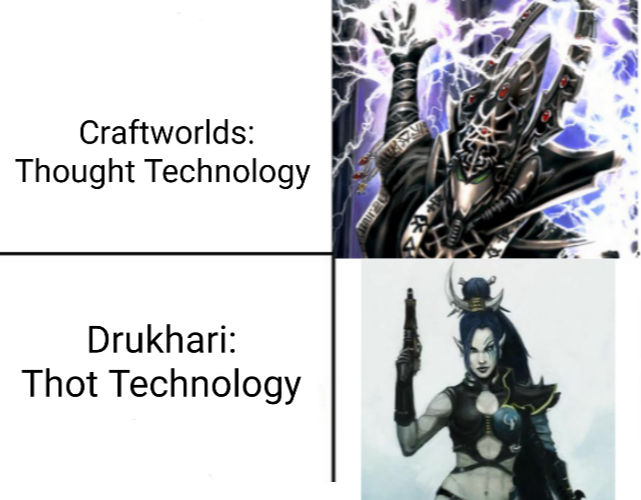 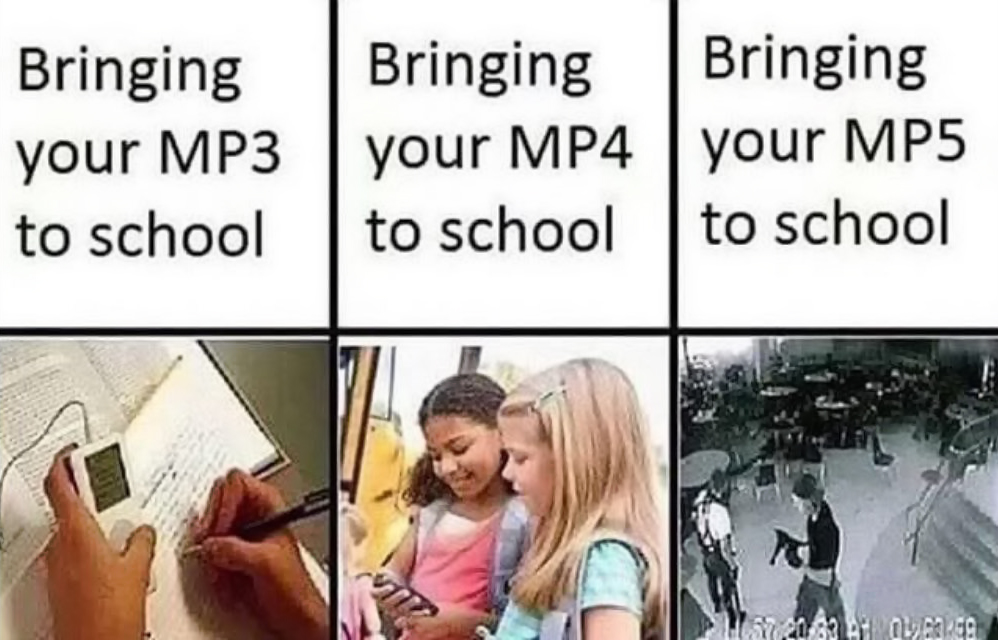 👍︎ 4k
📰︎ r/Offensivejokes
💬︎
👤︎ u/Hesarian99
🚨︎ report
Taken in 1960. There are those that couldn't get this picture with today's technology. 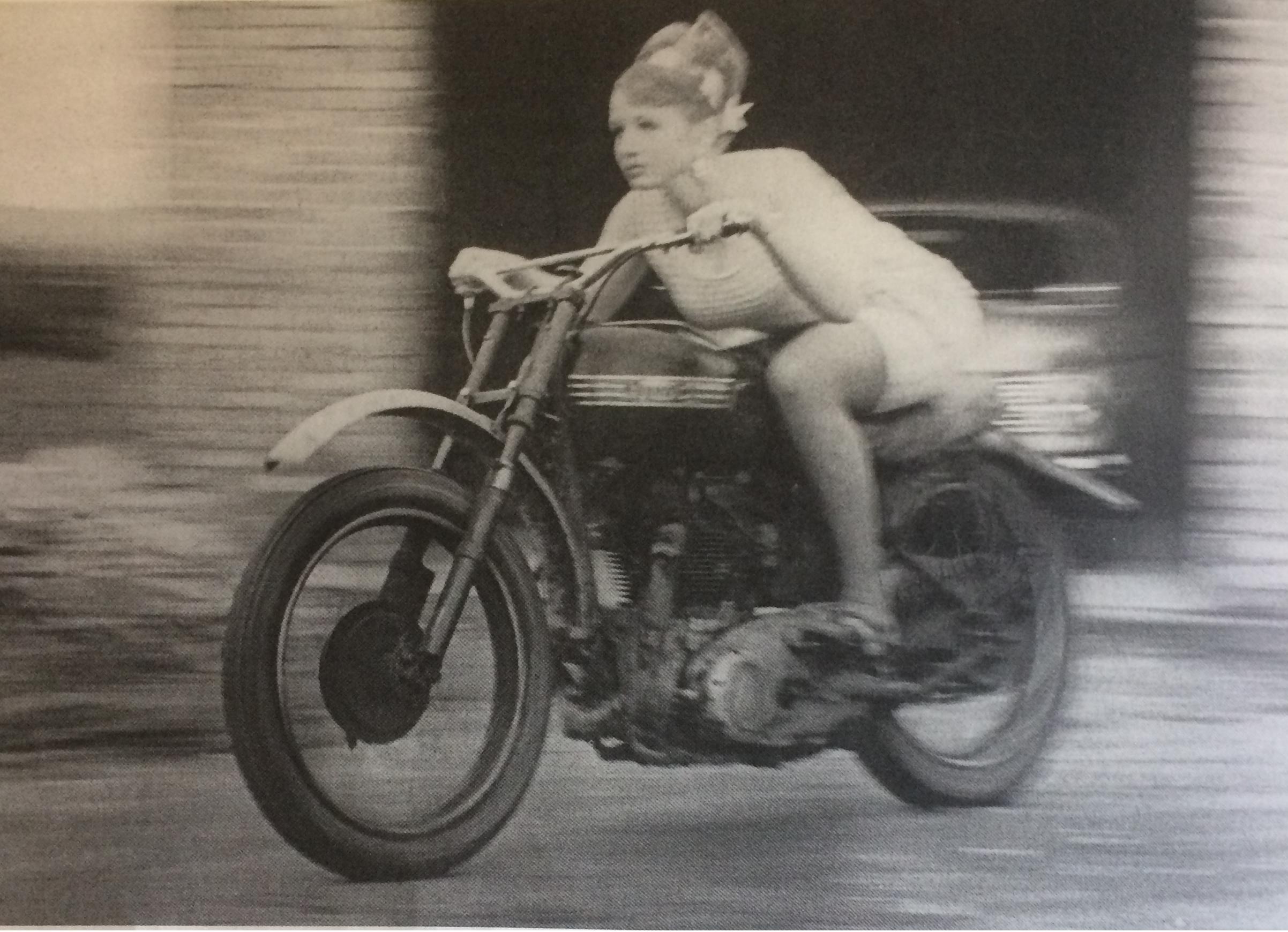 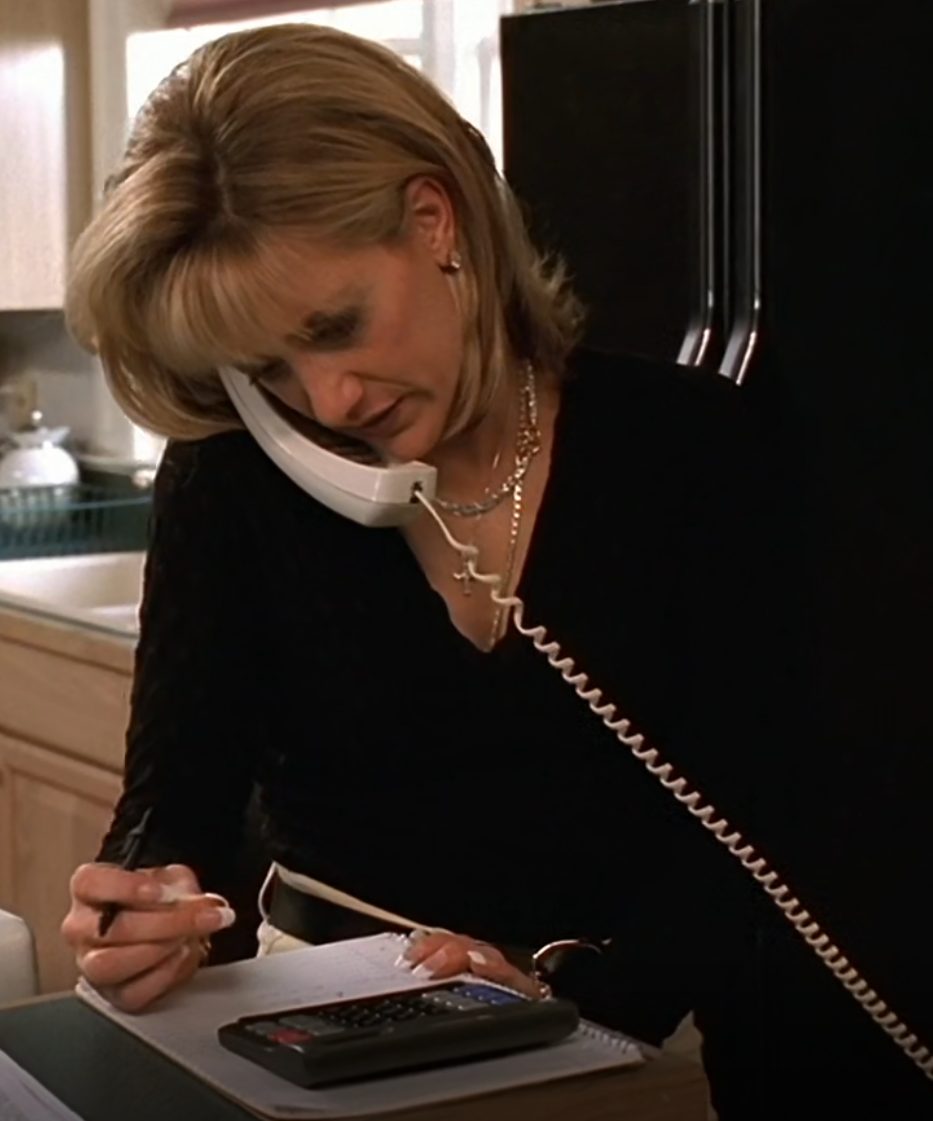 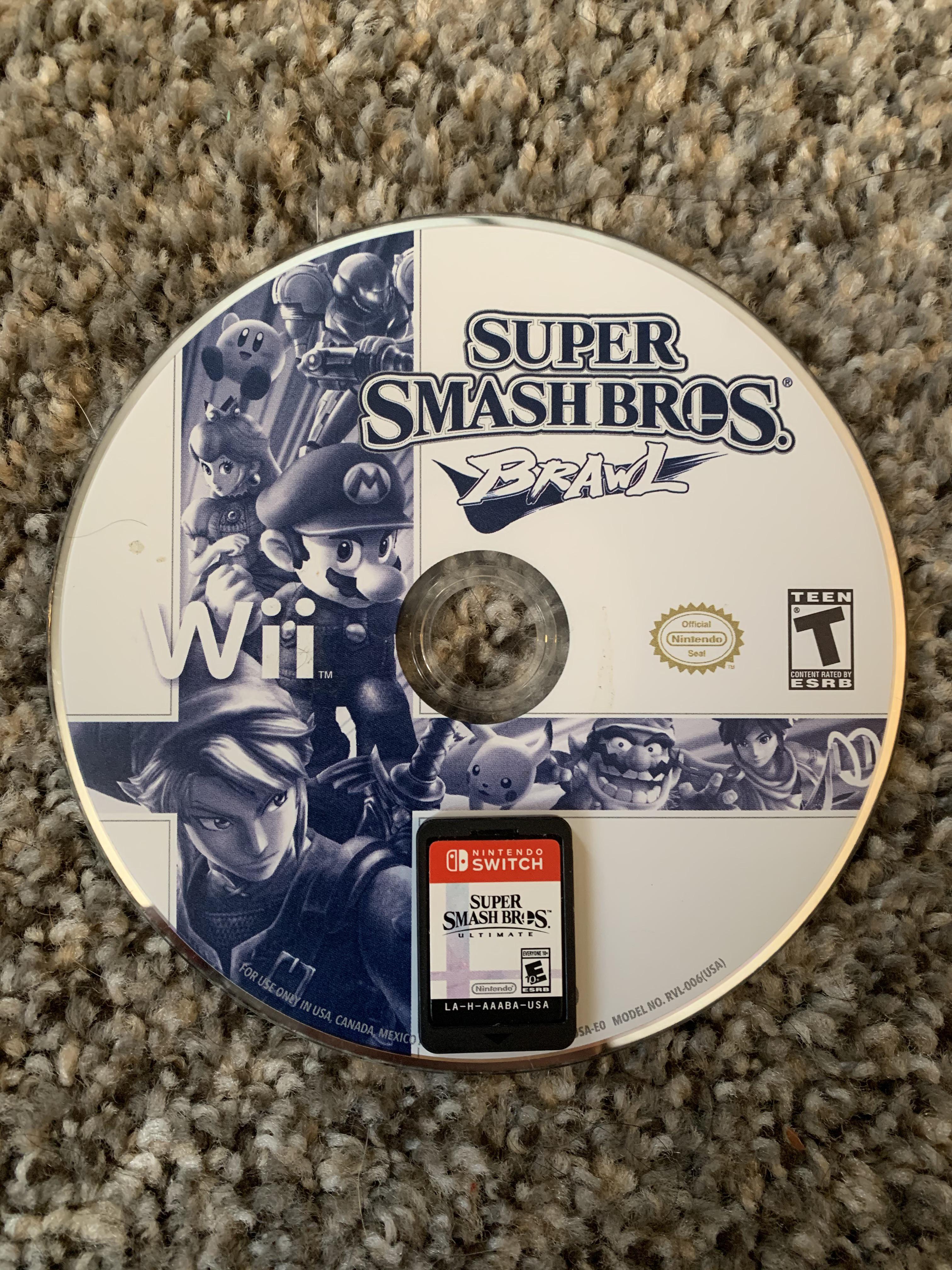 👍︎ 4k
📰︎ r/SmashBrosUltimate
💬︎
👤︎ u/Faith_ssb
🚨︎ report
Deep brain stimulation for relieving Parkinson's. This technology is helping millions of people with the disease to properly eat. v.redd.it/b9yifgfbz4c61
👍︎ 21k
📰︎ r/ThatsInsane
💬︎
👤︎ u/regian24
🚨︎ report
My $ASTI (Ascent Solar Technologies) gains over 11 months. Only put in $480 of my own cash. I’ll be holding minimum to the end of Q2 and probably longer depending on the PR and corrected financials. Slightly risky but all the stars are aligning with this company. 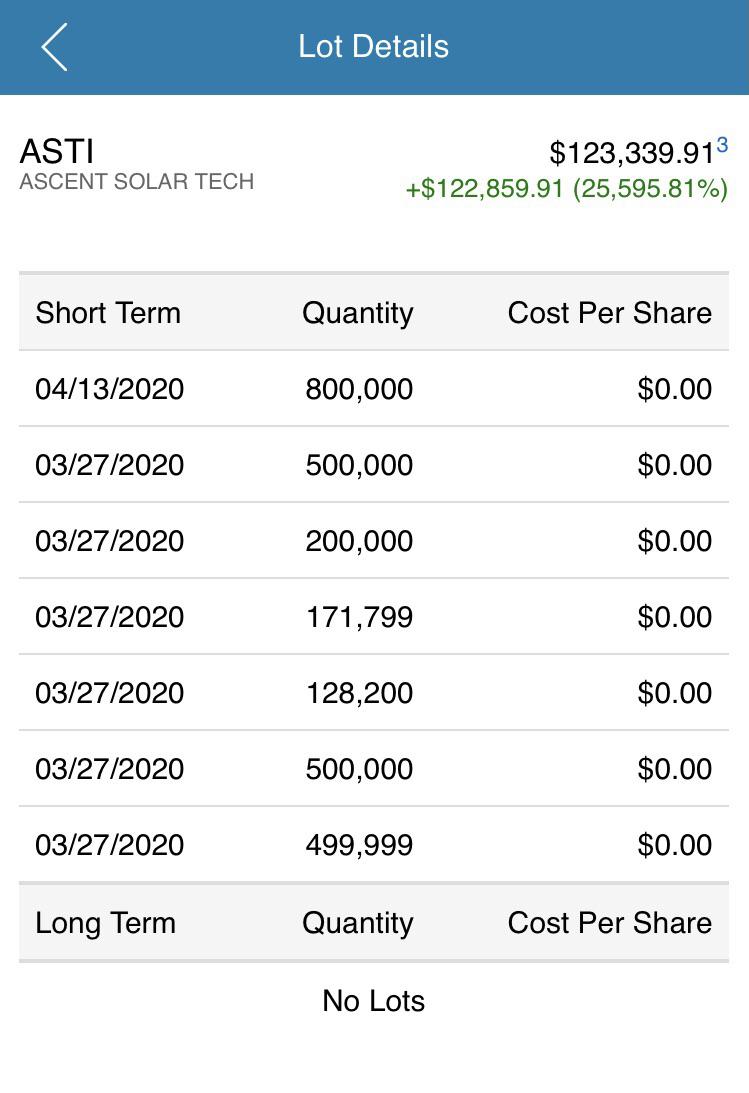 Doesn’t seem like we’ll ever have another Gein, Fish, etc...