I used to be very close friends with this girl, we’re more of acquaintances now but we still stay in touch sometimes.

Her mom reported her as a missing person all over town and on the town’s community pages of Facebook, the police post included that she’s not been seen since she left voluntarily from her mother’s residence.

I texted her asking if she’s seen the news, and apparently she hasn’t. I told her about how she’s been reported as a missing person and that everyone is looking for you. She said that she cut contact with her mom and has her own apartment now, and that she made it clear to her mom that she was leaving. I told her that we should let the police know that you’re safe so they can call off the search.

The next day or so after getting that information from my friend, we went to the police station to call off the search party since it was a mistake that she was missing. She explained to them about how she moved away from her mom so she was never actually missing.

Later that day I saw some update posts from the police on Facebook and some other posts that she was discovered to be safe and that there was some confusion about whether she was actually missing or not. Well, people in the comments got upset that she wasn’t brought back home to her mom, so now they’re all doing their own individual search party to look for this 18 year old girl. I told everyone in the comments that I know her and that she made it clear to her mom that she was moving out, and that I saw her at her apartment the other day perfectly fine. Then I got a bunch of comments coming back at me saying I should be ashamed of myself and that a child her age is not capable of being out on their own and that I should give them her apartment address. What are they gonna do, break down her door? Even at school staff have been saying things to me here and there about how I should knock some sense into my friend (my friend and I are still in high school), I think it’s weird they’re all talking to me behind her back as if she doesn’t know what she’s doing. And then another thing is that her mom posted a comment under the police report saying “Just to give some advice to parents out there- please, please, please keep some sort of tracking device on your kids’ phones that will track them even if the phone is turned off. I wish to God I would’ve done one on ____”, even though her daughter left willingly. I told everyone that but I got more replies of “You don’t know if she really did 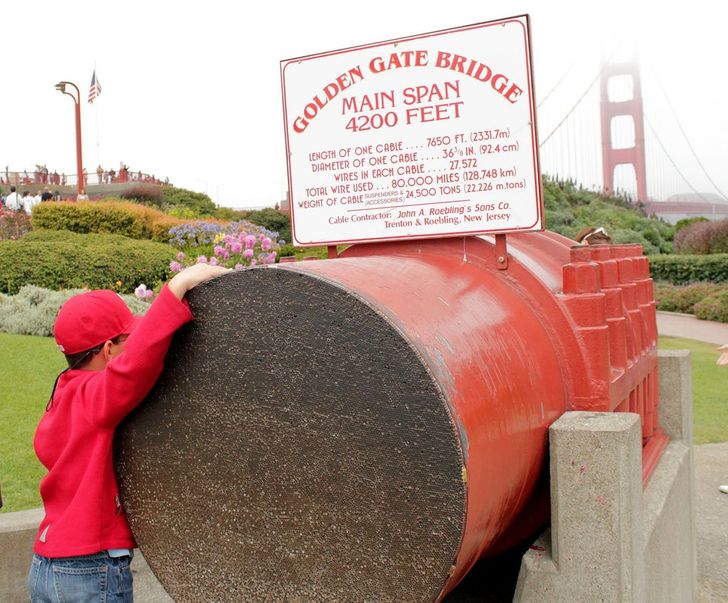 👍︎ 19k
📰︎ r/interestingasfuck
💬︎
👤︎ u/MRairden
🚨︎ report
What moment in a movie, even if small, was the final straw that broke your suspension of disbelief?

I was watching the Dark Knight Rises, and the whole "how did Bruce get to back to Gotham?" debate never really bothered me. People make a big fuss about it on the internet, but knowing that he's travelled the world as a nomad before didn't really bother me, besides it's Batman.

However, the one thing I simply find too ridiculous to get on board with is the plot element of how the Gotham PD gets trapped in the sewers. I was ranting about it to my buddy after watching the movie: The police force sends what seems to be the overwhelming majority of the force into the sewers to find Bane, who destroys every single entrance with all of them inside? And then we're meant to believe that what must be tens of thousands of men are trapped in the sewers for months? Like no one snuck out of manholes? Hell, we even see earlier in the movie that Comissioner Gordon jumped into the flow and got spat out to the sea. Like I know that Bane has lots of dudes, but that whole plot element seemed a step too far.

Anyways, I was ranting about this to my friend, and he was like "It's a movie about a guy who dresses in a bat costume, and punches bad guys. That's really the most unrealistic thing to you?".

And honestly, suspension of disbelief can only support so much weight, and sometimes it takes one final innocent thing to come crashing down. I felt the same way about Wakanda in the MCU. I know its a comic book movie, but somehow the idea of a an ultra wealth nation of that scope just seemed to ridiculous, even in a franchise with purple aliens with magic gauntlets.

Anyways, that's my rant, but I'm wondering if anyone else has similarly "petty" or innocent things that made you go "okay, this is where I draw the line". 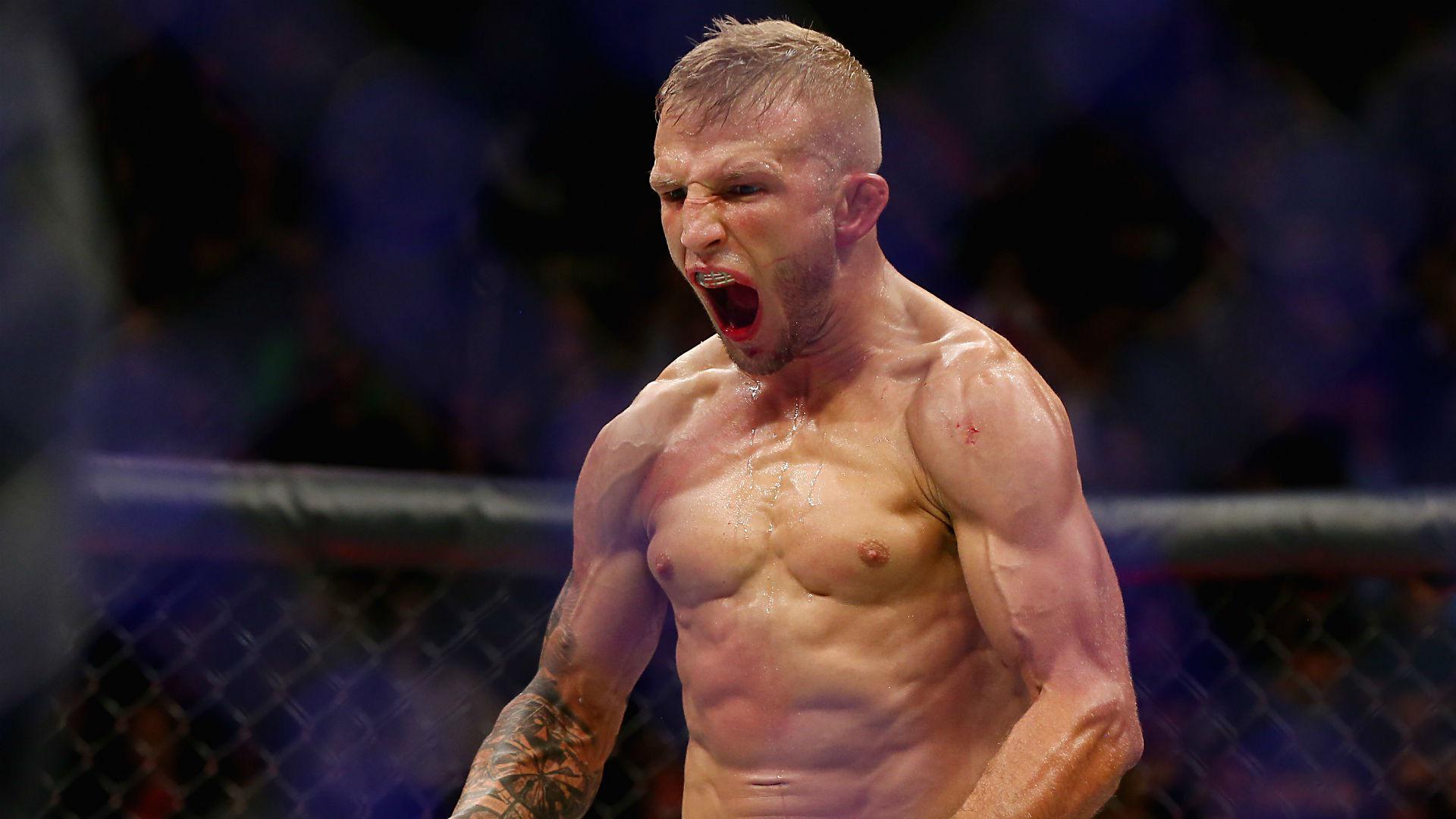 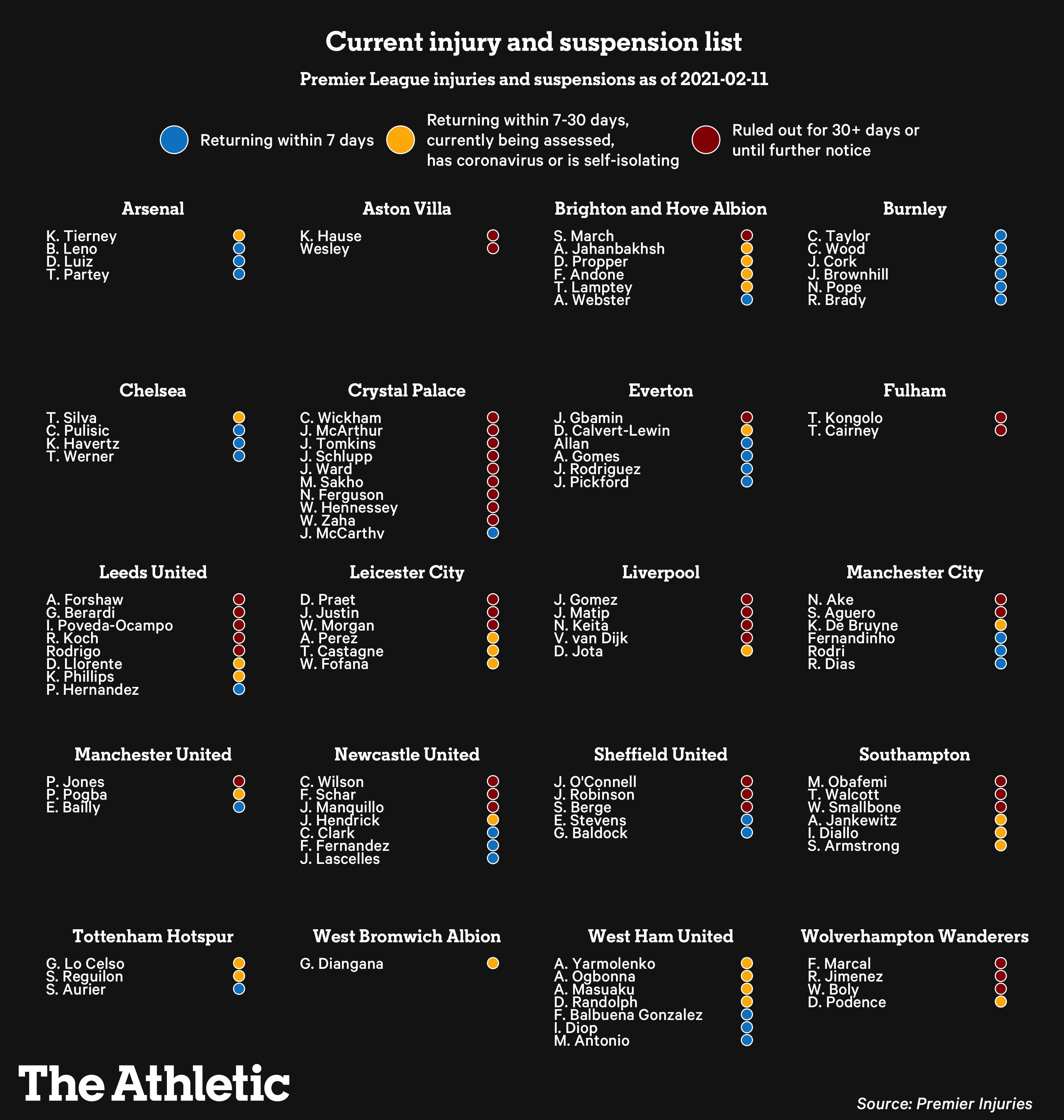 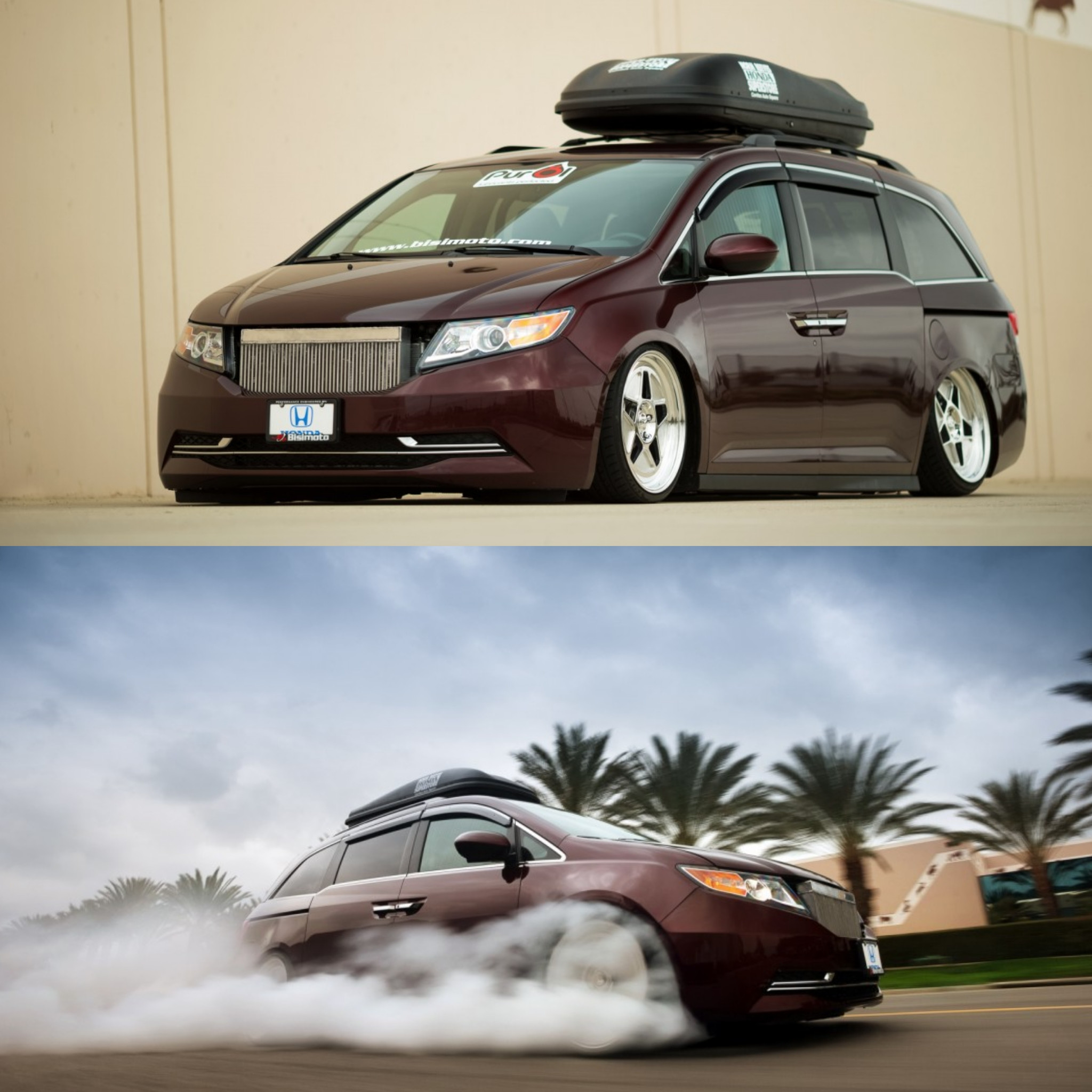 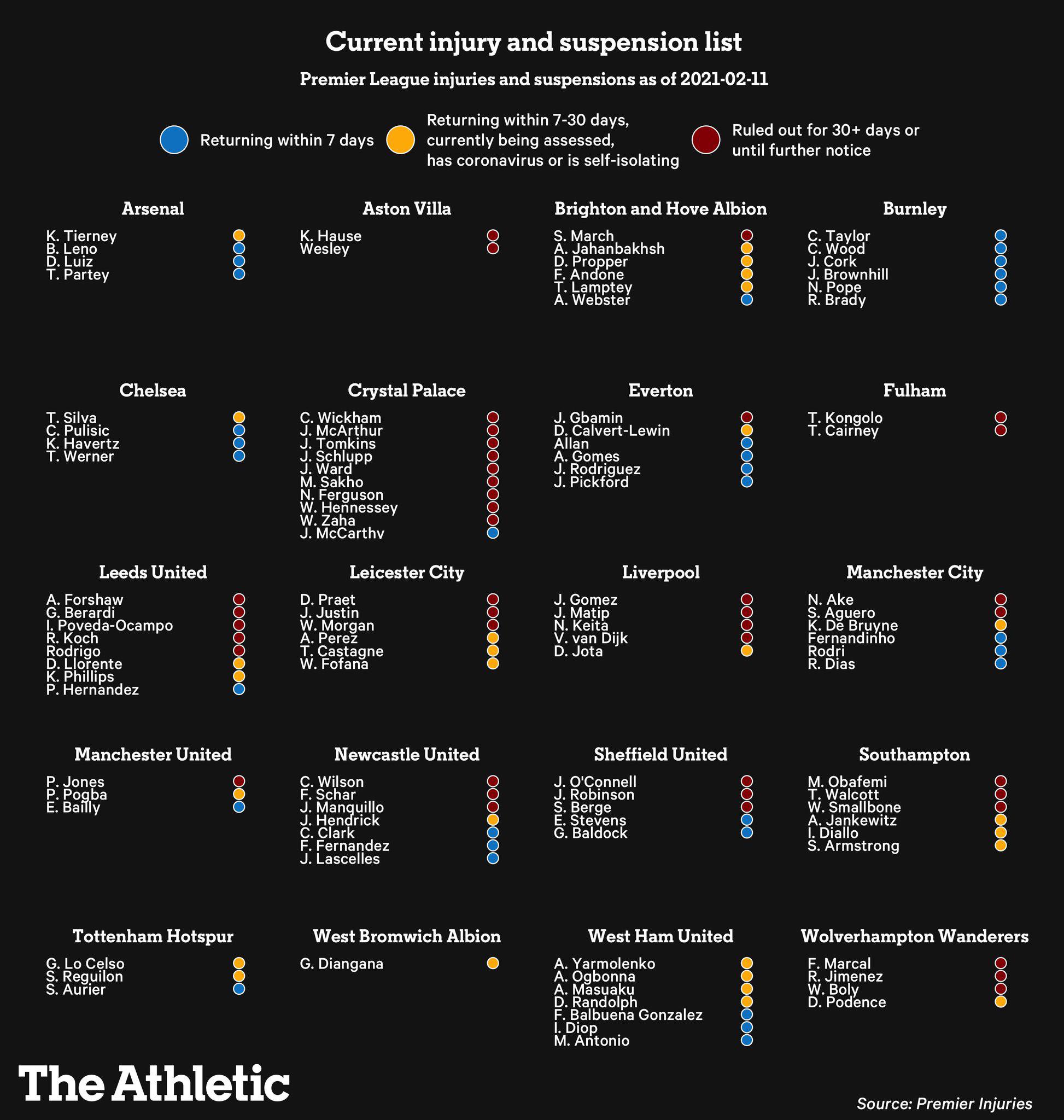 You can continue downloading videos now.
Thank you.

👍︎ 1k
📰︎ r/u_SaveVideo
💬︎
👤︎ u/SaveVideo
🚨︎ report
[Marisa Ingemi] Sources: The NWHL will be announcing suspension of the season due to Covid. twitter.com/Marisa_Ingemi…
👍︎ 575
📰︎ r/hockey
💬︎
👤︎ u/PapaNixon
🚨︎ report
In regard to the post on the front page, TheBausffs had his suspension removed a few minutes ago.

👍︎ 3k
📰︎ r/leagueoflegends
💬︎
👤︎ u/Legoman7861
🚨︎ report
TIL The Verrazano Narrows Bridge in New York, and other long suspension bridges like it, are built with the curvature of the earth in mind. The two towers are 41 mm farther apart at the top than at the base, which makes the bridge not fall over. flatearth.ws/verrazano-na…
👍︎ 737
📰︎ r/todayilearned
💬︎
👤︎ u/cjfullinfaw07
🚨︎ report
[Lavoie] No hearing / suspension for Dillon Dube after his hit on Jesperi Kotkaniemi. twitter.com/renlavoietva/…
👍︎ 301
📰︎ r/hockey
💬︎
👤︎ u/damianolo
🚨︎ report
TRX4 Crawler with superscale suspension v.redd.it/wvuuwzo36gf61
👍︎ 747
📰︎ r/rccars
💬︎
👤︎ u/snoopybg
🚨︎ report
[Friedman] The NHL has issued a ruling on the status of former ARIZ GM John Chayka. Haven’t seen the full document...but there is a suspension through Dec 31, 2021. twitter.com/FriedgeHNIC/s…
👍︎ 535
📰︎ r/hockey
💬︎
👤︎ u/seakucumber
🚨︎ report
1/3 of these plays were penalized. No suspensions were handed out.

👍︎ 483
📰︎ r/Habs
💬︎
👤︎ u/linkdru
🚨︎ report
Zuckerberg says Bannon has not violated enough policies for suspension: recording reuters.com/article/us-us…
👍︎ 35k
📰︎ r/technology
💬︎
👤︎ u/ohnoh18
🚨︎ report
To try to avoid a 50-game PED suspension, Melky Cabrera and his associates paid $10,000 to acquire the rights to a phony website, market a fictitious topical cream, and use this as evidence that he inadvertently took the substance to explain his spike in testosterone levels.

"The scheme began unfolding in July as Cabrera and his representatives scrambled to explain a spike in the former Yankee's testosterone levels. Cabrera associate Juan Nunez, described by the player's agents, Seth and Sam Levinson, as a "paid consultant" of their firm but not an "employee," is alleged to have paid $10,000 to acquire the phony website. The idea, apparently, was to lay a trail of digital breadcrumbs suggesting Cabrera had ordered a supplement that ended up causing the positive test, and to rely on a clause in the collectively bargained drug program that allows a player who has tested positive to attempt to prove he ingested a banned substance through no fault of his own.

"There was a product they said caused this positive," one source familiar with the case said of Cabrera's scheme. "Baseball figured out the ruse pretty quickly."

The website was part of the presentation Cabrera and his representatives made to MLB and the players' union before the league officially charged him with a doping violation.

MLB's department of investigations quickly began asking questions about the website and the "product" — Where was the site operating from? Who owned it? What kind of product was it? — and quickly discovered that an existing website had been altered, adding an ad for the product, a topical cream, that didn't exist."

I wanted to bring some attention to this forum post that talks about the suspension response time (if any at all) from twitch, especially with smaller streamers.

On twitch support's twitter, there are many people asking for twitch to at least respond to their suspension appeals with some sort of answer, and many who have been banned for months unjustly with no response.

I not only wanted your opinion on the matter, but also help to draw more attention to smaller streamers getting unjustly banned without clear explanation. Upvoting this forum means a lot, and I'll respond to your comments on the matter. Thank you. 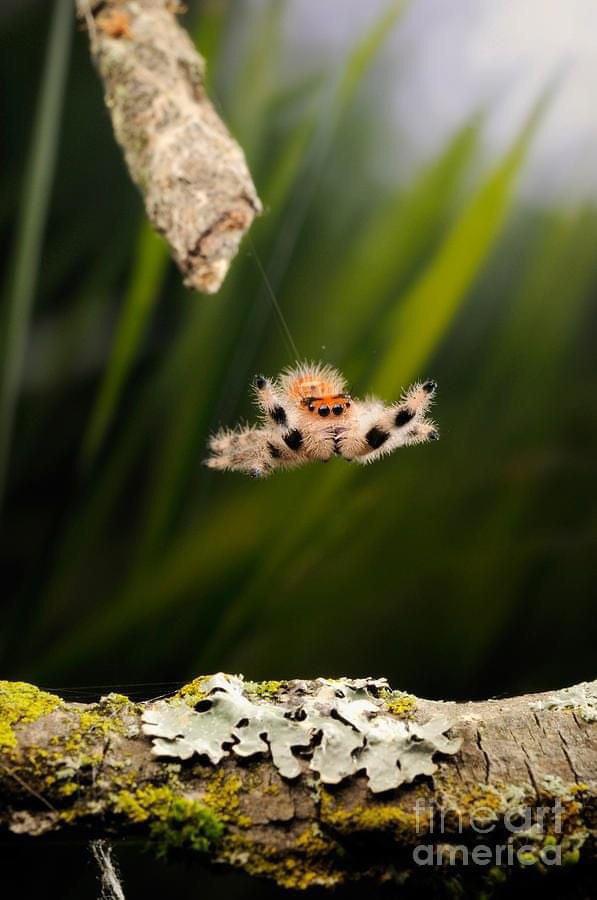