Science AMA Series: Scientists are on board the R/V JOIDES Resolution for two months to drill into the ocean floor to investigate geochemical, tectonic, and biological processes occurring in undersea mud volcanoes in an active subduction zone.

The scientists embarking on this expedition hope to learn (1) how sediments, fluids and chemicals move and cycle through the earth’s crust; (2) the role of tectonics and mud volcanoes in transporting fluids and sediments in subduction zones; and (3) how these physical and chemical movements impact living organisms.

The research team will use deep sea drilling technology to drill into undersea mud volcanoes near the Mariana Trench, taking core samples of sediments and fluids that they can study on board the ship. By analyzing the chemicals, sediment layers, and microorganisms within the core sample, scientists can answer questions about how rocks, fluids, and chemicals cycle through the earth's crust, and this affects life on the seafloor and beyond. Studying sediment layers, geochemical cycles, and fluid dynamics in the earth's crust can tell us a lot about how geological formations (like volcanoes, canyons, and mountains) are formed, and how they change over long periods of time. By extracting cores in subduction zones, scientists can answer questions about how the earth's crust moves and changes through plate tectonics, and how this impacts life in the ocean and on land. Collecting biological samples of living (and past) organisms in these seismically active regions allows us to study how life on earth may have begun, and how organisms have evolved to survive in extreme environments.

A team of 30 scientists from around the globe are on board for two months to work on these questions. Hand-in-hand with the amazing technology required to drill deep into the ocean floor, we are collecting the core samples that hold clues to answer these questions.

Thank you to everyone today for your great questions! Our Live session is officially over, but we will check back in th following days in case there are any follow-up questions for us to answer. Thanks everyone, science rocks!

👍︎ 284
📰︎ r/science
💬︎
👤︎ u/IODP
🚨︎ report
Science AMA Series: Scientists are on board the R/V JOIDES Resolution for two months to drill into the ocean floor to investigate geochemical, tectonic, and biological processes occurring in undersea mud volcanoes in an active subduction zone. (xpost r/science) reddit.com/r/science/comm…
👍︎ 9
📰︎ r/oceans
💬︎
👤︎ u/IceBean
🚨︎ report
How did the mountains and volcanos form in Madagascar since there’s no such plate tectonics nor subduction zones
👍︎ 5
📰︎ r/geography
💬︎
👤︎ u/1Persoon
🚨︎ report
My first volcano, and I'm not even in a subduction zone! I feel the Mediterranean influence with the sea blue stem. This pipe genuinely makes me feel connected to a different part of the world. 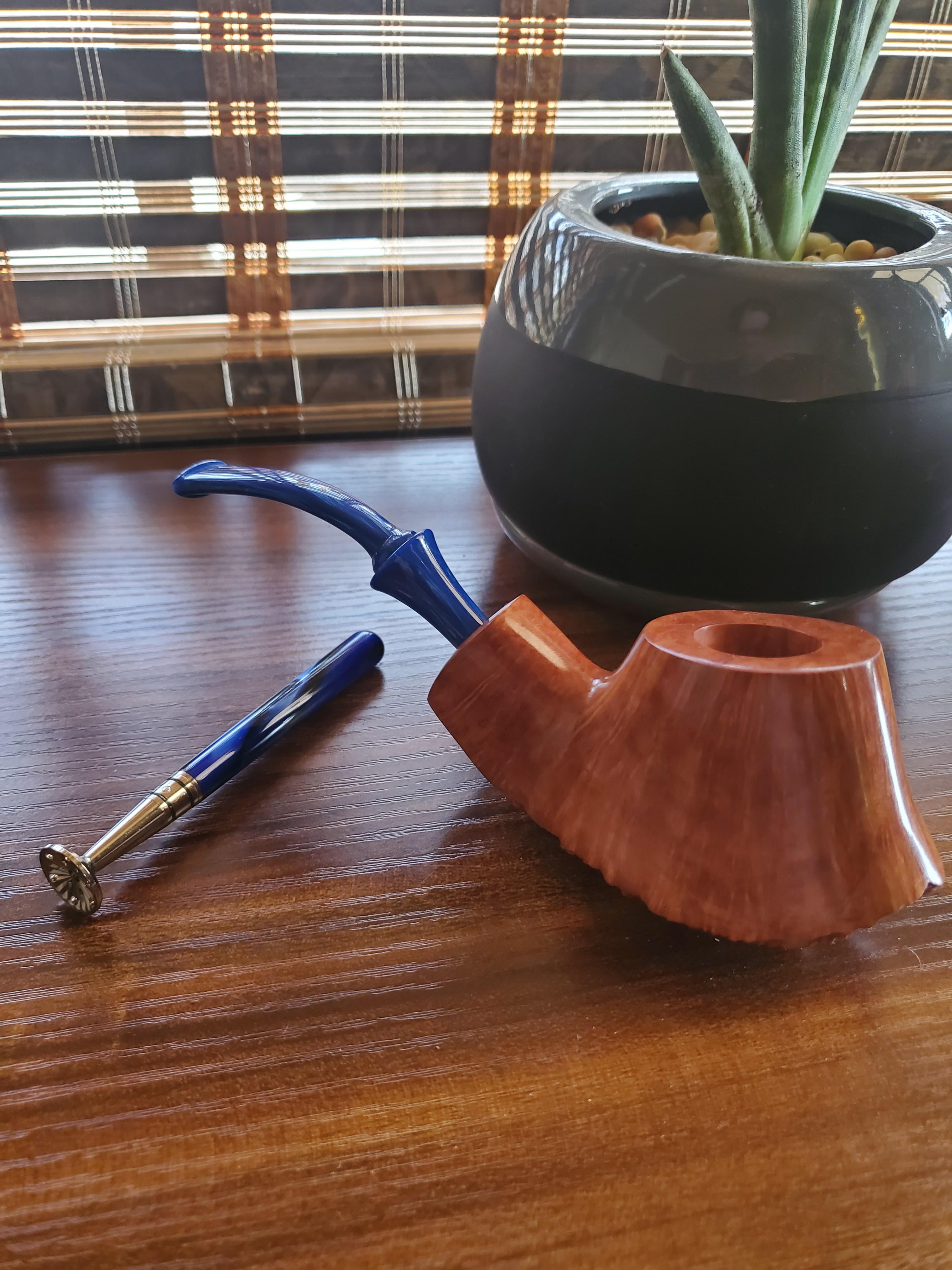 So I'm just wondering, how bad would it be to store dangerous nuclear byproducts deep in subduction zones as it will go into the mantle? Will the volcanic activity spread it back up or it will sink into the mantle given enough time. Would that be relatively safe way to store it, ignoring biodiversity impact on the place of disposal.

I’m assuming the earthquake will be felt pretty far in. But would it reach all the way to I5? What about the Tsunami? Would it hit the valleys, or maybe further? Or not much past the coast (10-15 miles)?

Edit: To clarify what I meant by the tsunami, I more so meant the impact rather than the wave itself

👍︎ 41
📰︎ r/Earthquakes
💬︎
👤︎ u/Feldspar_of_sun
🚨︎ report
An animation made by Aaron Wech from the Alaska Volcano Observatory shows 171,197 tremors in the Cascadia Subduction Zone from 2012 to 2016 youtube.com/watch?v=fuvx2…
👍︎ 58
📰︎ r/geology
💬︎
👤︎ u/GeoGeoGeoGeo
🚨︎ report
Volcano fans be like "trust me it gets better after ep. 456 and the end of the subduction arc" 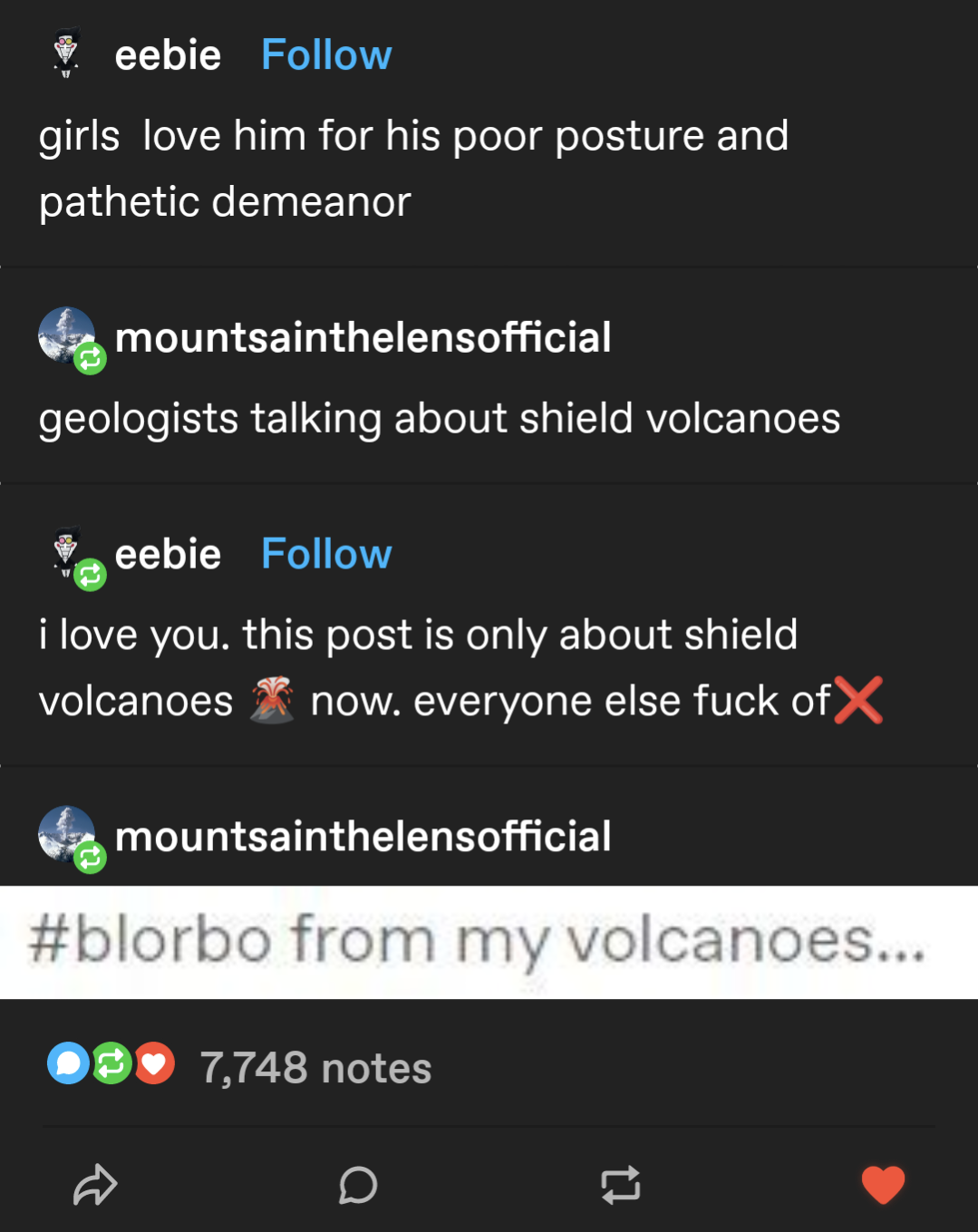 👍︎ 825
📰︎ r/tumblr
💬︎
👤︎ u/SousaBoi04
🚨︎ report
An animation made by Aaron Wech from the Alaska Volcano Observatory shows 171,197 tremors in the Cascadia Subduction Zone from 2012 to 2016 youtube.com/watch?v=fuvx2…
👍︎ 19
📰︎ r/britishcolumbia
💬︎
👤︎ u/GeoGeoGeoGeo
🚨︎ report
How much of the Earth's crust is subsumed in subduction zones every year?
👍︎ 7
📰︎ r/askscience
💬︎
👤︎ u/Just_another_oddball
🚨︎ report
So I was wondering if these plate tectonics on my fantasy make sense for you. The Red lines are subduction zones, the green one rifts and the black dots are mantle plumes. The eastern continent is supposed to be rotating clockwise and the western one is being pushed over the western most plates. 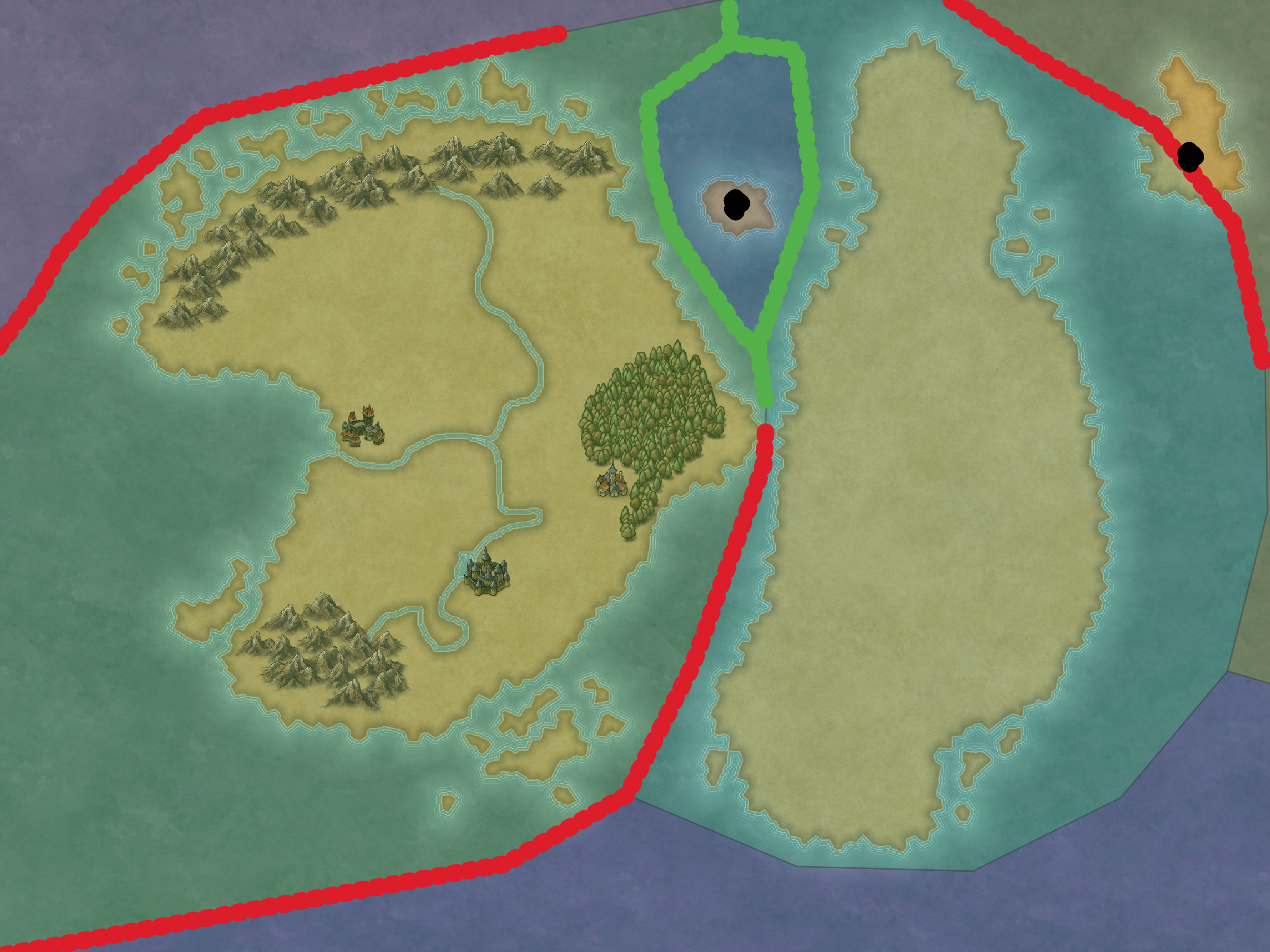 👍︎ 3
📰︎ r/geology
💬︎
👤︎ u/JAlexTV
🚨︎ report
as a geologist, would you move to a city that is close to the cascadia subduction zone?

I found a really nice city, port angeles, in washington and I want to move there but...

not only could the shaking take out hospitals, fire stations, stores, homes, etc. but after the shaking it gets hit by a giant tsunami

and if that isn't bad enough, all the docks, roads, and bridges would be destroyed, no way out

plus no one could get in to deliver food, medical supplies, no one to put out the fires, etc.

people could be stranded without power, medicine, or food for a really long time, because this would happen to cities all up and down the coast, not just port angeles

so I'm thinking maybe I should keep looking, really wanted to be by the ocean but damn

what do you think? this is what I read last night, is it accurate? 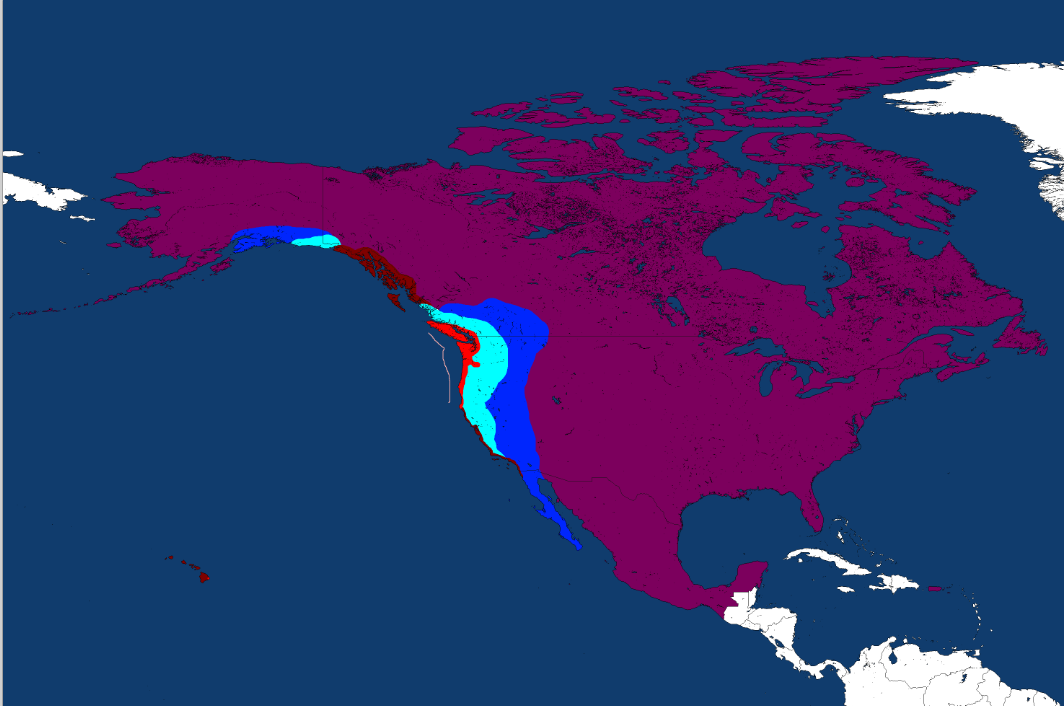 Fascinated, the doctor watched while the inexplicable gash on his patient's head pulled in yet more hair, scalp and blood.

SO, as my user name suggest, I live in the PNW, home to "the big one" that is coming. We are stabilizing our home for "the big one" and prepping to ride out whatever happens in this area. Overall, even with "the big one" lurking, I feel pretty OK with where we live, as at least we have water from the sky and a decent growing season.

My questions are about rainwater collection systems. Has one built one that can stand up to an earthquake? We don't have space for an underground tank and I'm trying to figure how we'd stabilize a tank system that is next to our home (assuming home is stabalized enough to survive earthquake). We do back up to a wetlands area, but getting down there is tough in the best of times, so I don't want to rely on it. How do you stablize this? WOuld plastic or metal hold up better? We have space for a larg-ish tank and some $$ to invest in a decent one. 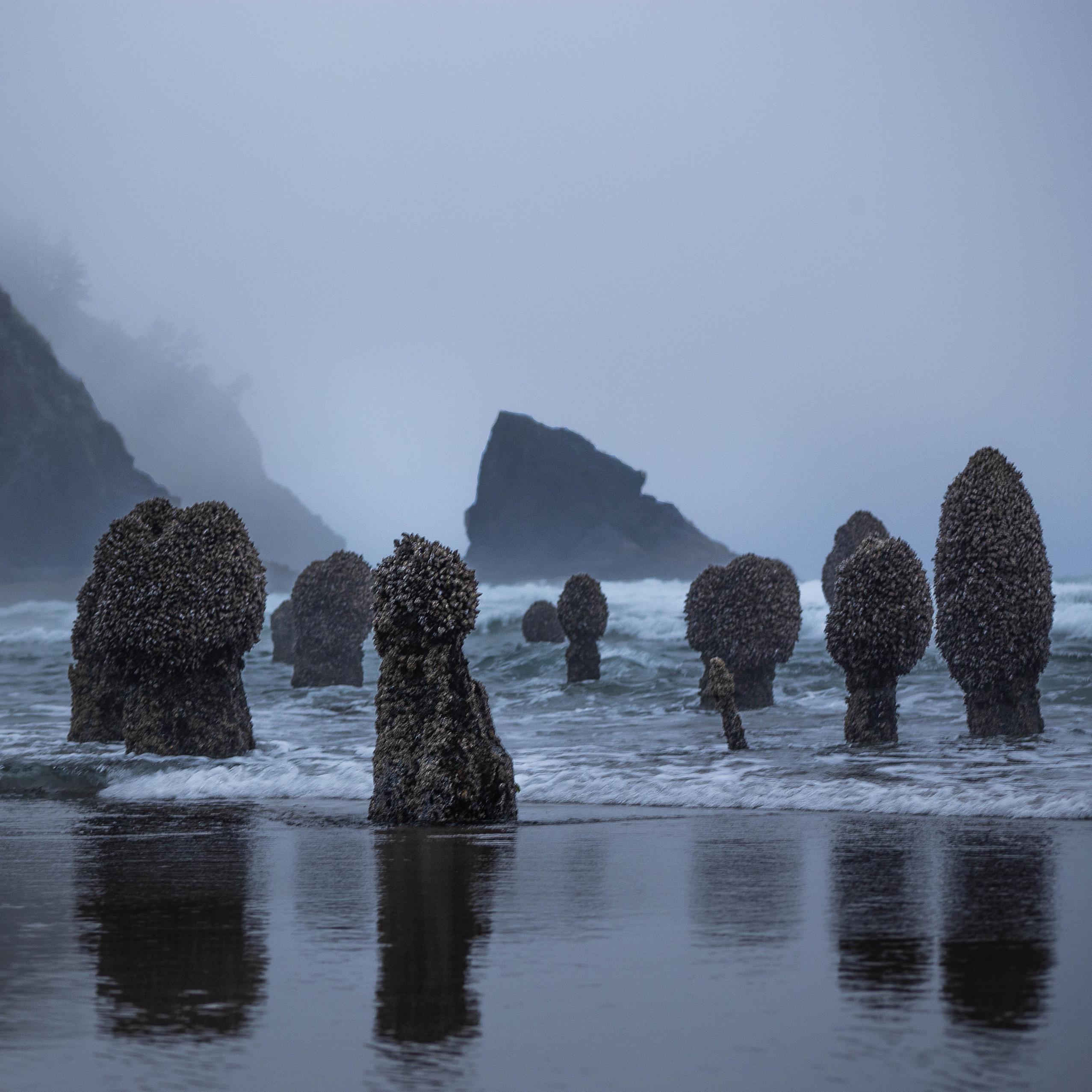 👍︎ 47
📰︎ r/geology
💬︎
👤︎ u/Flimsy-Wafer5824
🚨︎ report
How could I make those sawtooth lines that are used to mark subduction zones/boundaries? 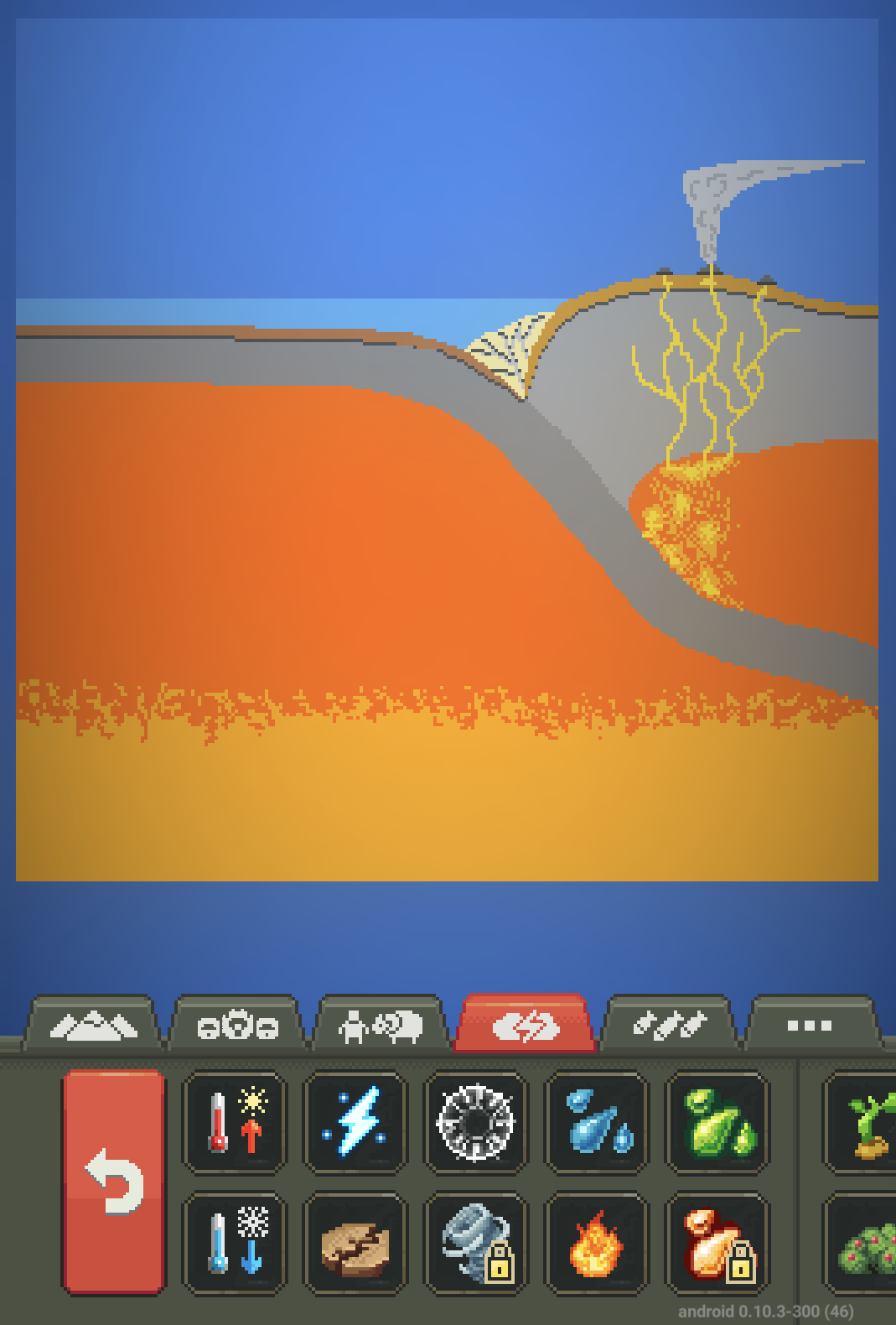 👍︎ 283
📰︎ r/Worldbox
💬︎
👤︎ u/SousaBoi04
🚨︎ report
TIL The 1700 Cascadia earthquake occurred along the Cascadia subduction zone on January 26, 1700 with an estimated moment magnitude of 8.7–9.2. This resulted in "The Orphan Tsunami" in Japan and a tsunami along the Western Coast of North America. en.wikipedia.org/wiki/170…
👍︎ 150
📰︎ r/todayilearned
💬︎
👤︎ u/notmyrealname86
🚨︎ report
Could a massive Cascadia Subduction zone quake impact old growth?

Talks of the potential impacts of the quake surround the potential damage to infrastructure. For example, I’ve read that the 9-9.5 quake could compromise every bridge in the region and just flatten buildings.

But what would it do to large trees?

I ask this because I’m still very interested in why there’s such few trees in the Coast Range above 400 years old, presumably around the age of the last mega quake. Could there be a link between a quake of this magnitude and a die-off of old-growth?

Most popular hypothesis is that fire in the Coast Range is responsible for the uniform stand age, but this seems almost incomprehensible to me given that it would have to have been a fire storm that engulfed the entire range.

When European settlers first arrived to the Coast Range, the composition of the forest was about 60% of 250 year old trees, so something must have happened 250 years prior that changed the composition. Disease? Fire? Drought? Mega quake? A combination?

A community server for all playstyles. All are welcome. Modded areas to discover complete with loot. A truly unique DayZ experience. Fresh wipe since 1.19. Join the discord for whitelist.

So in fjords with sills you can have a dense layer of water get stuck in the basin below the sill height until denser water flows in under the right conditions. But I can't picture a similar thing happening for trenches due to their great depth and because I presume the waters at the bottom of the trench are some of the densest waters in the ocean. I know at least some of the trench water is dragged into the mantle with subducting crust, but is there another way that the water can flow out or does all of it end up having to be subducted?

I live in western Washington. Sooner or later the 1700 quake will happen again. 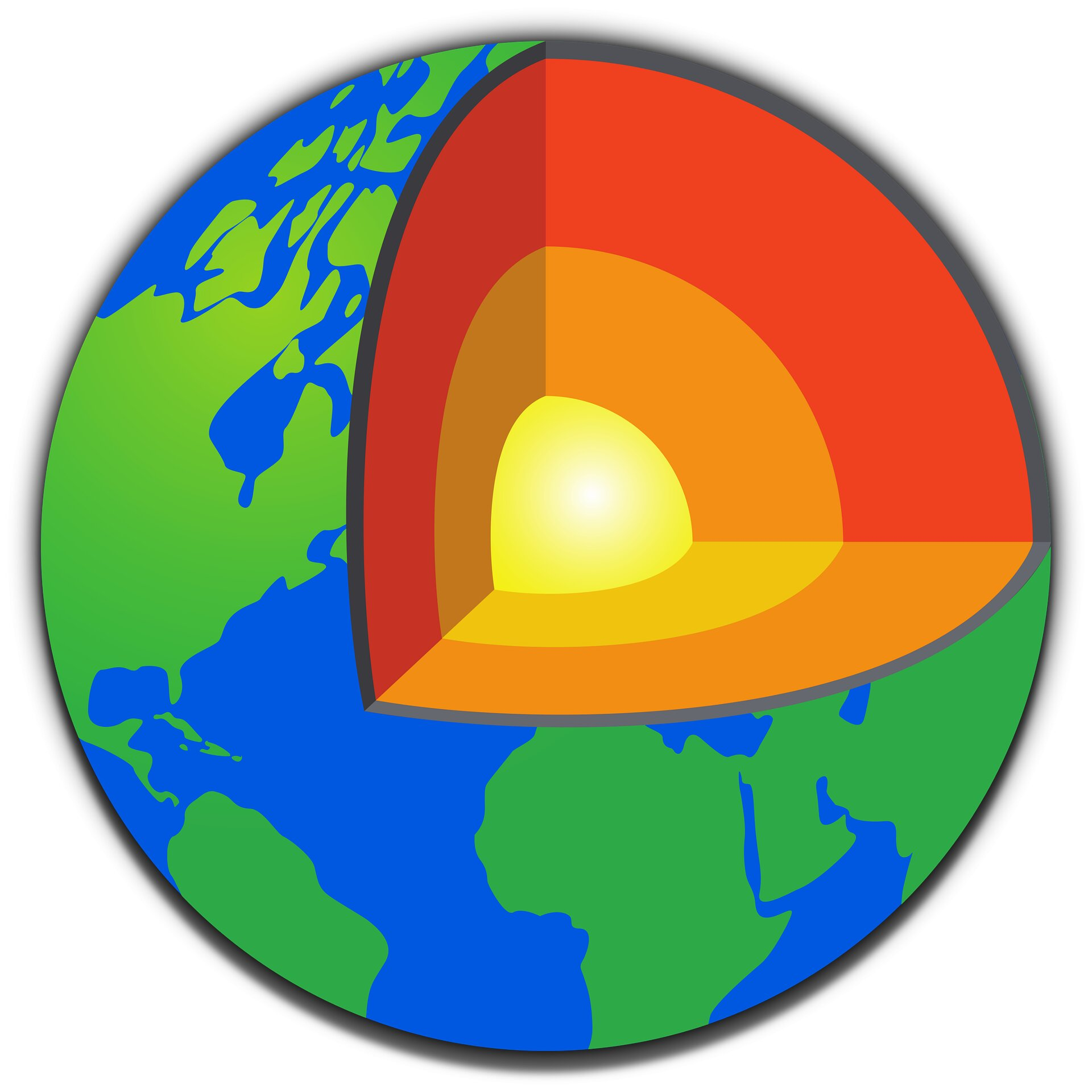