I heard about Sturgeon's Law today and I thought it was really interesting.

>Sturgeon's law (or Sturgeon's revelation) is an adage that states that "ninety percent of everything is crap."

The reason I think it's so interesting is because it ties in with the Pareto Principle, which is claims that:

>for many outcomes roughly 80% of consequences come from 20% of the causes (the “vital few”). Other names for this principle are the 80/20 rule, the law of the vital few, or the principle of factor sparsity.

So basically what we have here are two separate ideas which espouse the same principle: Most "output" in a given system is...I'm trying to think of how to put this gently..."not outstanding".

I think most people would agree that this certainly seems to be the case in merit-based systems, at least: how many writers end up being published through an agency? How many football players get into the NFL? How many musicians have a record contract? Etc, etc.

This makes me wonder about the nature of Equality itself. It seems that nature is simply unequal by design. Do you think that's true? Is society really just "gods and clods"?

Maybe social systems can be blamed, like nepotism and gatekeeping?

So, once again I got sucked into the black hole that was TV Tropes, and I stumbled on the page on Stugeon's Law (Here's the link for anyone interested, but be warned you won't be leaving anytime soon http://tvtropes.org/pmwiki/pmwiki.php/Main/SturgeonsLaw). As I was reading it I noticed how applicable it was to fanfiction, then as I continued reading they explicitly state that 90% of fanfiction is crud (which I have a hard time disagreeing with), but what do you lot think? Do you agree with this?

As a general rule, 99% of everything is shit.

That means of every show I watch on TV, every person I meet, every date I go on, almost all of them are downright destructive. It's proven true in my life, too. I've been catfished, benched, and breadcrumbed on every date I've been on in 2 years, I flunked out of college due to a mental health crisis involving a counselor locking me in a reformatory and making me miss class, and life just feels pointless.

How can I find the "good people?" How can I stop being used? How can I take control of my life? Normally I'd log into my alt to post shit like this, but I'm tired of being fake.

In the 1960s 90% of everything was also bad, but today we only see the 10% that was good and has survived for 50 years. We remember Jimi Hendrix, but not the other 9 artists that were useless. So from our point of view today 100% was good!

Because we forget bad things the past always looks better than the present. In 50 years people will consider now to be a golden age because the good things from this era is the only parts we remember.

That's why this sub exists.

👍︎ 18
📰︎ r/lewronggeneration
💬︎
👤︎ u/SuperEnthusiastic
🚨︎ report
According to Sturgeon's law, 90 percent of everything is crap. Which 93 (of 926) Yu-Gi-Oh episodes do you think are definitely not crap? 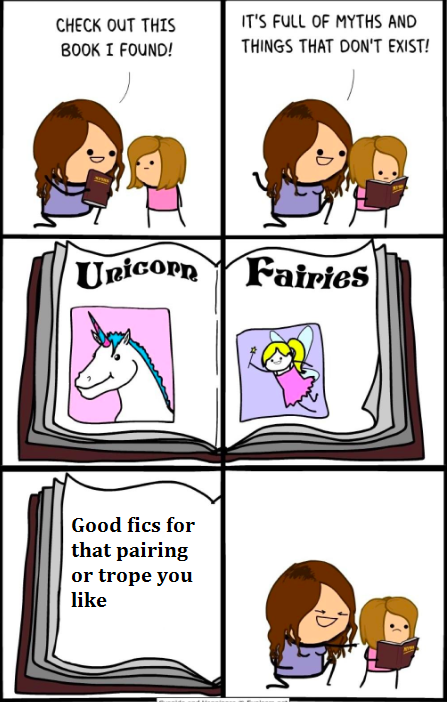 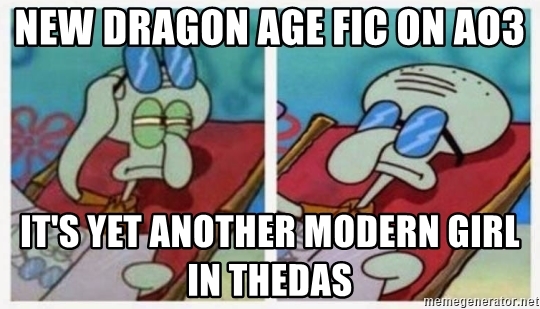 I tried to sorta bring this up once before, but I wasn't being clear as to what I was trying to talk about, however I don't regret the aftermath. So let's try this again, first clarifying that I'm not really looking for a recommendation thread here, just open conversation on a less discussed topic, though feel free I guess. Caveats out of the way, onto discussion.

You ever read that one fanwork that the author just pours themselves into? That one that would fully stand on its own if it weren't (usually) inherently tied to it's source work. That one that almost seems professionally written. That one that really just made you sit back and appreciate the original work even more. That one that told a new story in a familiar setting, or even a new one. That one you almost wish you had a copy to put on your shelf for the satisfaction of it all when you've finished it. That one that made you think, wow, that was really worth reading. If any or many of these, as well as many more I did not list apply, you've just experienced an extent of Sturgeon's Law.

If you spend enough time looking you are bound to find something like that, maybe even something that you think stands up there with the greats , though those are almost always subjective and heavily based in opinion. For me it was To the Stars an indelibly rich science fiction story told in the far future of the setting for Madoka Magica, that made for a read so good it inspired me to read more sci fi then I ever had before to prove it really was that good, and so far is still stands. But I'm not hear to talk about that (unless you ask) I'm here to inspire conversation.

Have you found that work? What is it? How did you find it? What's so good about it anyway?

👍︎ 9
📰︎ r/CasualConversation
💬︎
👤︎ u/Trilicon
🚨︎ report
TIL there is a adage, Sturgeon's law, which states that "90% of everything is crap" en.wikipedia.org/wiki/Stu…
👍︎ 57
📰︎ r/todayilearned
💬︎
👤︎ u/skatttaa
🚨︎ report
Tom Scott's new series about making cool shit, Sturgeon's law, and becoming popular on the Internet youtube.com/watch?v=h0AMa…
👍︎ 8
📰︎ r/Skookum
💬︎
👤︎ u/ZiggyTheHamster
🚨︎ report
TIL that when told Science Fiction couldn't be taken seriously because it was mostly terrible, Theodore Sturgeon responded "90% of [all] film, literature, consumer goods, etc. is crap". This is now referred to as Sturgeon's Law en.wikipedia.org/wiki/Stu…
👍︎ 119
📰︎ r/todayilearned
💬︎
👤︎ u/Advertise_this
🚨︎ report
I deleted my Scratch account, because I was tired of Sturgeon's law constantly being applied to the Scratch forums. AMA

Sturgeon's law is the rule that 99% of anything is of poor quality. On the forums, this included but was not limited to:

The Scratch forums were essentially everything Reddit wasn't, which was maybe part of the reason I deleted my account and moved here. I guess it worked for an atmosphere designed to be kid-friendly but it just didn't work for me.
Proof: I was @therealpsy on Scratch

👍︎ 2
📰︎ r/scratch
💬︎
👤︎ u/findanegg
🚨︎ report
[WP] You wake up in a world where Sturgeon's Law is reversed. 90% of everything is good. Unfortunately, the higher standards of this world put a lot of pressure on you.
👍︎ 3
📰︎ r/WritingPrompts
💬︎
👤︎ u/Racecarlock
🚨︎ report
TIL English law considers whales and sturgeons to be "Royal Fish." If one such creature lands on English shores, they become the property of the monarch. en.wikipedia.org/wiki/Roy…
👍︎ 111
📰︎ r/todayilearned
💬︎
👤︎ u/Never-Hyphenate
🚨︎ report
If Sturgeon's Law is true (99% of everything is crap), then perhaps the Imposter Syndrome (the nagging feeling you'll be exposed as a fraud) isn't actually a disorder.
👍︎ 7
📰︎ r/Showerthoughts
💬︎
👤︎ u/maytenth
🚨︎ report
TIL that under the law of the United Kingdom; whales, dolphins, porpoises and sturgeons are royal fish, and when taken become the personal property of the monarch. Under current law, the Receiver of Wreck is the official appointed to take possession of royal fish when they arrive on English shores. en.wikipedia.org/wiki/Roy…
👍︎ 25
📰︎ r/todayilearned
💬︎
👤︎ u/supersamuca
🚨︎ report
Can Reddit give me any good examples of Sturgeon's Law in real life?

For those out of the know, it says "90% of EVERYTHING is crap." So one example might be "modern Hollywood movies."

👍︎ 4
📰︎ r/NoStupidQuestions
💬︎
👤︎ u/Mcheetah2
🚨︎ report
Here's a sample of a little project I've been working on that I'd like feedback for: "To Infinity", a Bionicle/Halo(Post-Halo-5) Crossover. Yes, I know Sturgeon's Law(90% of everything is crap), which is why I need help avoiding this.

WARNING: THIS FANFIC CONTAINS SPOILERS FOR THE ENDING OF HALO 5: GUARDIANS.

I've only recently started working on it, but I feel that the first 3 chapters are decent enough to get it started. I'm trying to do a bit of worldbuilding at first, because it does take place millenia after the last Bionicle Comic(which is the part where it diverges from Farshtey's canon), so I needed to explain stuff about how the races and cultures have evolved. The reason I'm ignoring some of the post-Stars canon isn't because I hate it- it's because I feel that in order to write the story I want to write, I need to diverge from some point of canon. I may cherry-pick some things from the post-Stars canon, but I may not. No promises.

It's not the type of Crossover fanfic that involves wormholes or alternate universes or whatever. I want to explore the consequences of such a first contact in a realistic fashion. I'm going to avoid(or, at least, try my best) making the Halo characters marty/mary sues, and vice-versa for Bionicle characters.

It's currently in a Google Doc. Here's the link for it.

Feel free to leave feedback. I'm a decent writer, and I'm currently writing a sci-fi series that has nothing to do with Bionicle, but I'm not using my normal writing style for this.

"Ninety percent of everything is crap."

Do your research before buying.
Wiki, for the lazy.

As I'd grown fond of saying at The Other Place: Sturgeon's Law at Internet scale is six-sigma compliant: 99.99966% of everything is crud.

Back when dinosaurs roamed the Earth, during the 1990s Internet boom, Metcalfe's Law became popular and was widely quoted, mostly by dot-com CEOs eager to justify their insane valuations. In most cases, the market eventually found they were, in fact, insane (showing once again the value of market psychotherapy, if not market psychology).

The principle behind Metcalfe's Law is that the value (v) of a network grows with the square of the number of nodes (n): v = n^2. Nodes could be computers, members, cell phones, widgets, or whatever. The theory being that any node could connect with any of the (n-1) other nodes, thus leading to a total of n*(n-1) possible connections, each of which was presumed to have an equal value.

Naturally, anyone selling anything vaguely associated with a network, networking, internetworking clung to this with the devotion of a bible-banger to John 3:16.

In both cases, further scholarship has cast doubt on earlier belief.

In the case of Metcalfe's Law, this came in the form of a paper by Andrew Odlyzko and Benjamin Tilly, "A refutation of Metcalfe's Law and a better estimate for the value of networks and network interconnections" (PDF). In it, the authors note that the true value of a network is in fact governed by a different function, perhaps n(log(n)). That is: additional nodes add value, but at a rapidly falling marginal rate. This has a certain rational appeal, supported in the paper by a quote from Henry David Thoreau's Walden:

> We are in great haste to construct a magnetic telegraph from Maine to Texas; but Maine and Texas, it may be, have nothing important to communicate.

Indeed: for a given network, there is commonly a pronounced hierarchy of those with whom we'd be interested in communicating with: life partner / significant other, children, immediate family, employer, clients, direct reports, etc. In intellectual pursuits: those from whom we hope to learn things, or with whom we can exchange and develop ideas.

More significantly: there's a distinct and large population we're likely not to wish to communicate with: salesmen, tech recruiters (with rare exceptions), exes of various stripes, the mentally in