NOTE (cuz of comments): This is not about graphics but more about core gameplay!

I love this franchise so much but when I first played Sword/Shield, I was disappointed. I tried to enjoy certain aspects of the game but it just didn't feel the same anymore, it lost so much of that personality and I feel like there is not much passion from the development. I hate saying this about one of my favorite franchises, so I gave it a second chance and replayed it... it didn't change my mind. GameFreak might've been doing justice for the franchise in the past, but when it comes to this modern era, they clearly fail to meet expectations or even minimum standards. If we look at other games that look incredible on Switch, it clearly shows that GameFreak can do better but maybe it's because they don't have enough time? Or because the development is quite small? I honestly don't know why they don't employ more when they are making games for the largest media franchise?

Who do you think would be suitable to make future mainline Pokemon games?

I think of a few like Square Enix, just look at how incredible Dragon Quest 11 S is. The game itself is amazing on any platform, but the fact that we got such a masterpiece on Switch! It's beautiful and runs great! Square Enix is obviously well-known for their RPGs so I think they would make a great Pokemon game.

What about Level-5? The Ni No Kuni games are great but the fact that the first one is on Switch and looks a lot better than Sword/Shield... it's not even the remastered version. If you've played the first Ni No Kuni, you probably thought of Pokemon as well, the games are quite similar in many ways.

We know Bandai Namco has given us beautiful visuals for Pokemon (Pokken and Snap) but when it comes to proper RPG elements, we can look at their Tales Of Franchise. If you haven't played them, they're great!

Another great team - Monolith Soft. Just thinking about it gives me goosebumps... just imagine a proper 'Pokemon roaming in the wild' experience. We want to see Pokemon interacting in their habitats the way they're supposed to and when you think of the Xenoblade games, you know that it's possible.

I was actually discussing this on a Discord server and some people were saying "Why not Nintendo handle it themselves?" How awesome would that be!? Pokemon has SO MUCH potential but with the way GameFreak has been handling things for the past few years, it seems like it won't please the majority. Mario and Ze 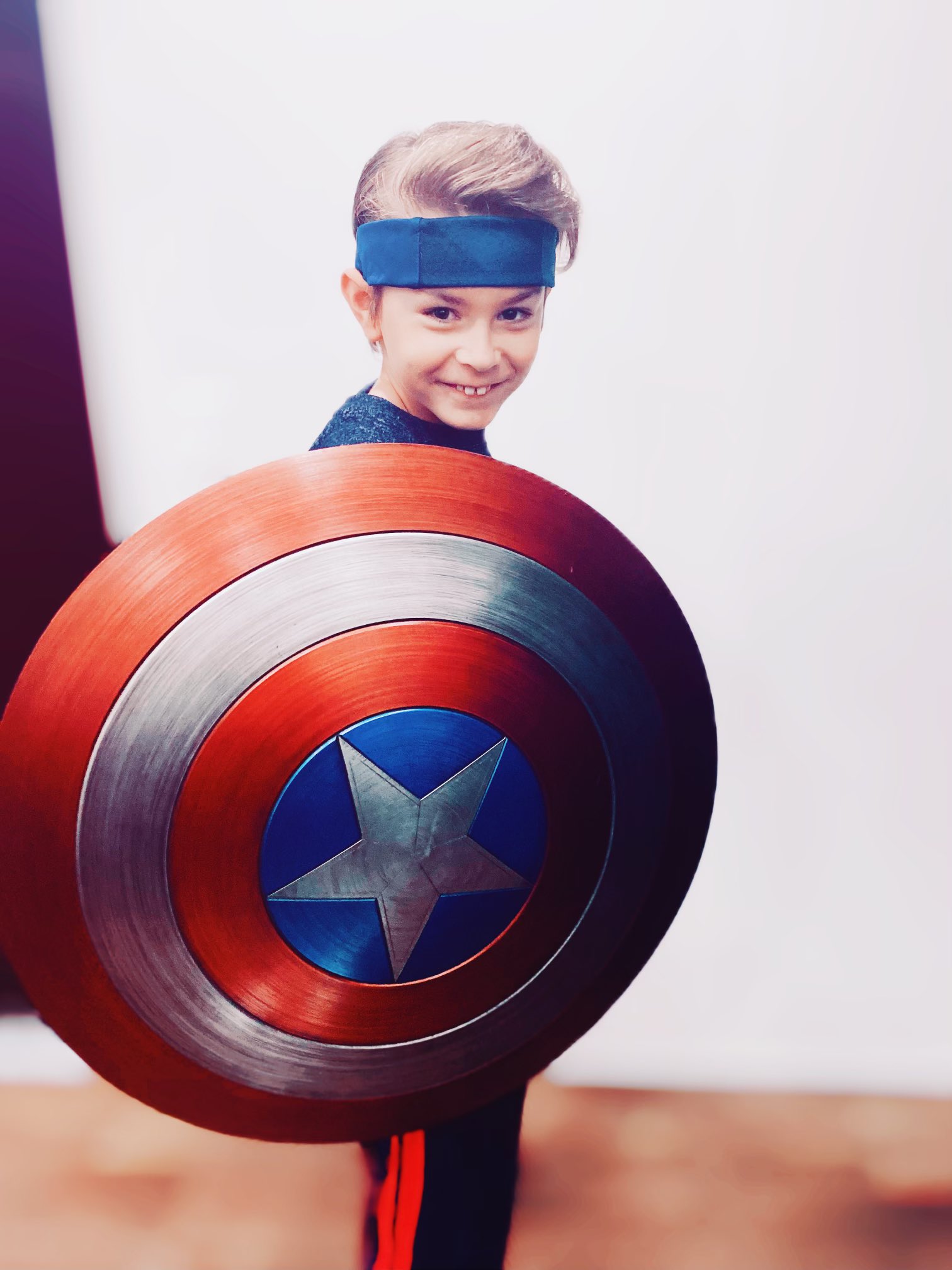 Look, sometimes when you try out a recipe, you're not sure exactly how it'll turn out. Made lentil soup for the first time in my Instant Pot and hesitated when the recipe said to add an extra cup of water (in addition to the 4 cups of chicken broth I had already added), but I figured I should at least give the recipe a shot as-is before trying any modifications.

Welp, guess what? Too much liquid. It's especially bad for me because my husband really prefers thick, hearty soups to thin ones. So I added some of my secret ingredient. Instant mashed potatoes (which I keep around for really lazy days when I just cannot be bothered and emergencies when I am making something that requires potatoes and all my potatoes have sprouted or rotted).

Idk man, maybe this isn't as bad of a sin as I thought? Saved the texture of this soup anyways.

Edit: wow! Thanks for all the awards! Also, I see some people are a bit confused about what kind of instant potatoes I used. I guess there are flavored ones (like with herbs and butter flavor and you just add water????) But i've never used or eaten those. I just use plain ol' potato flakes (the ones you gotta add the milk, butter, and salt to yourself).

Edit the second: definitely also consider the flavor and texture of the soup before adding potato flakes. Potato soup? Uh, yes. Broccoli cheese soup? Mmmmmaybe just a bit. Hot and sour soup? Nah, bruh. Do it like the Chinese restaurants do it and use cornstarch. Pho? Hard no. (What are you even doing, man?) Also, don't forget to adjust to taste. Might need a bit more salt and spices if you're adding lots of potato. 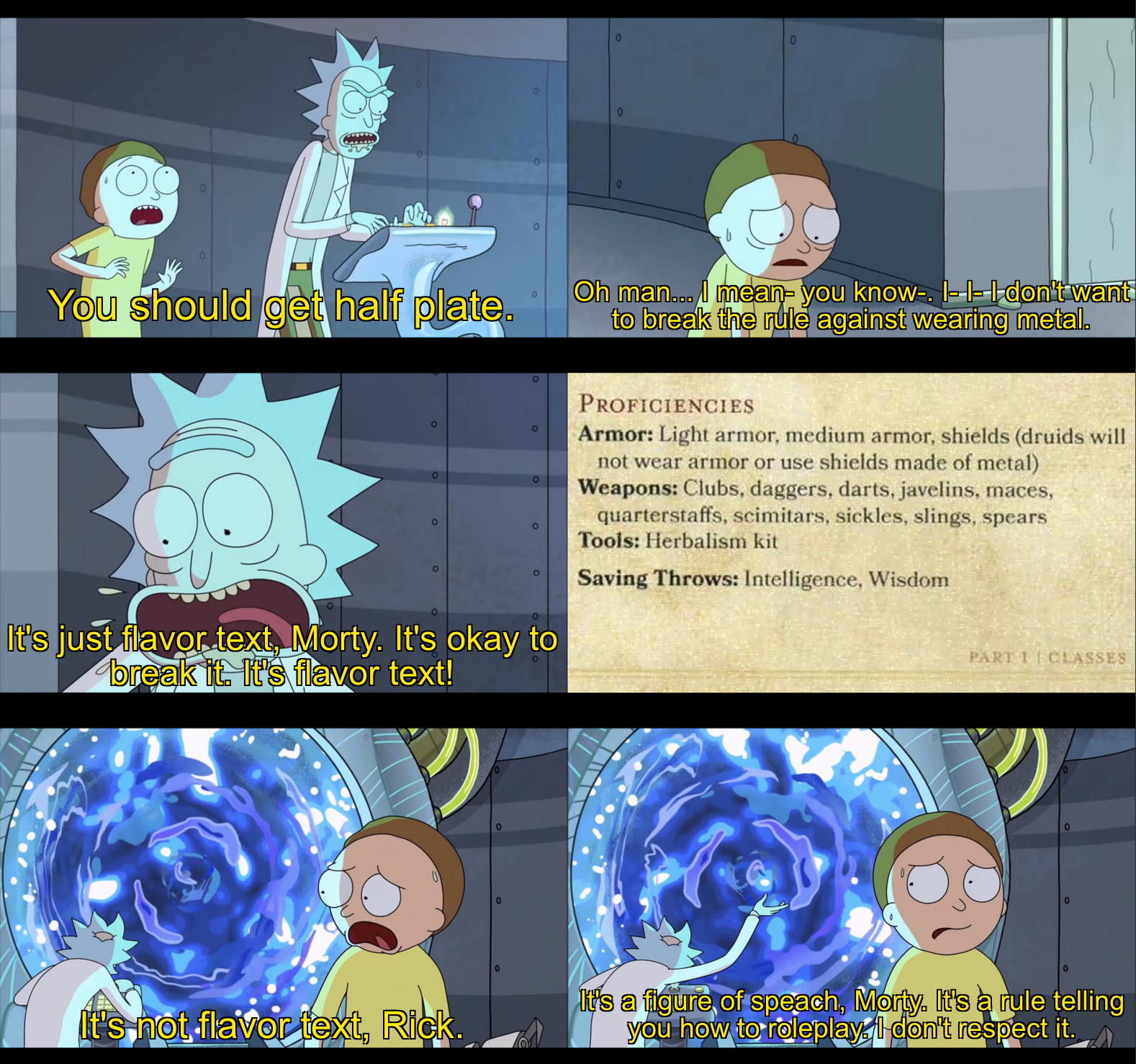 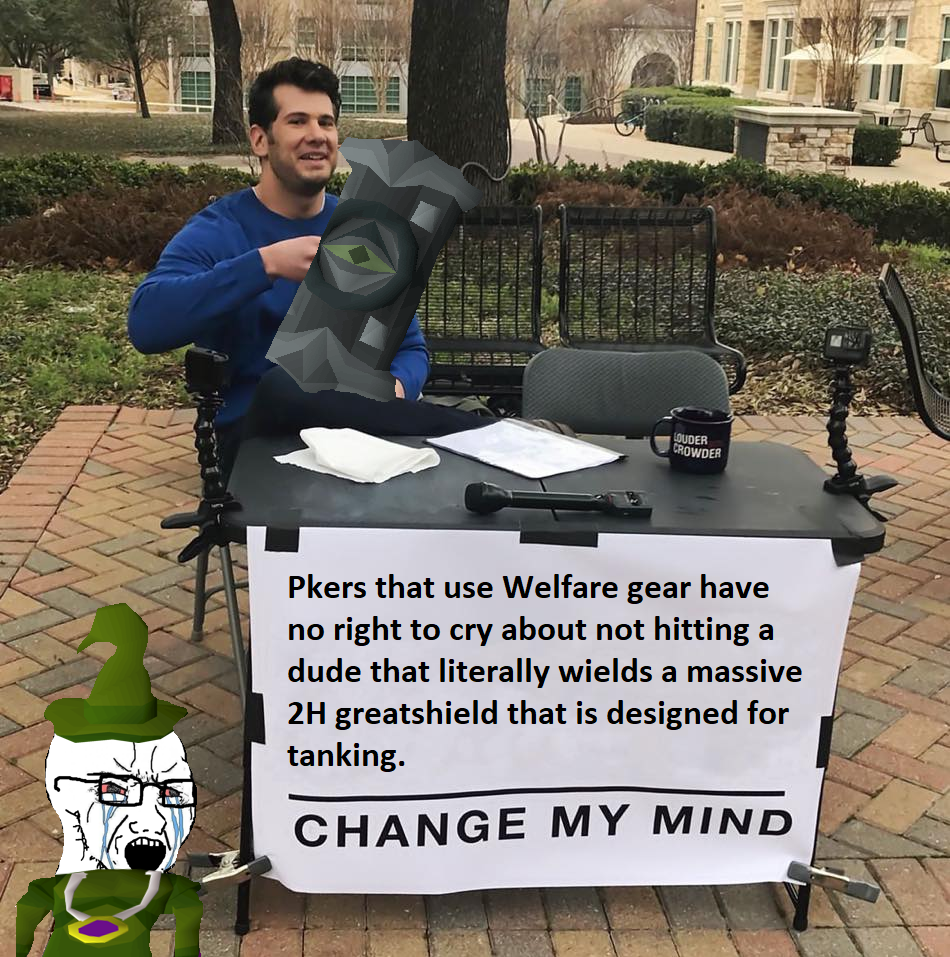 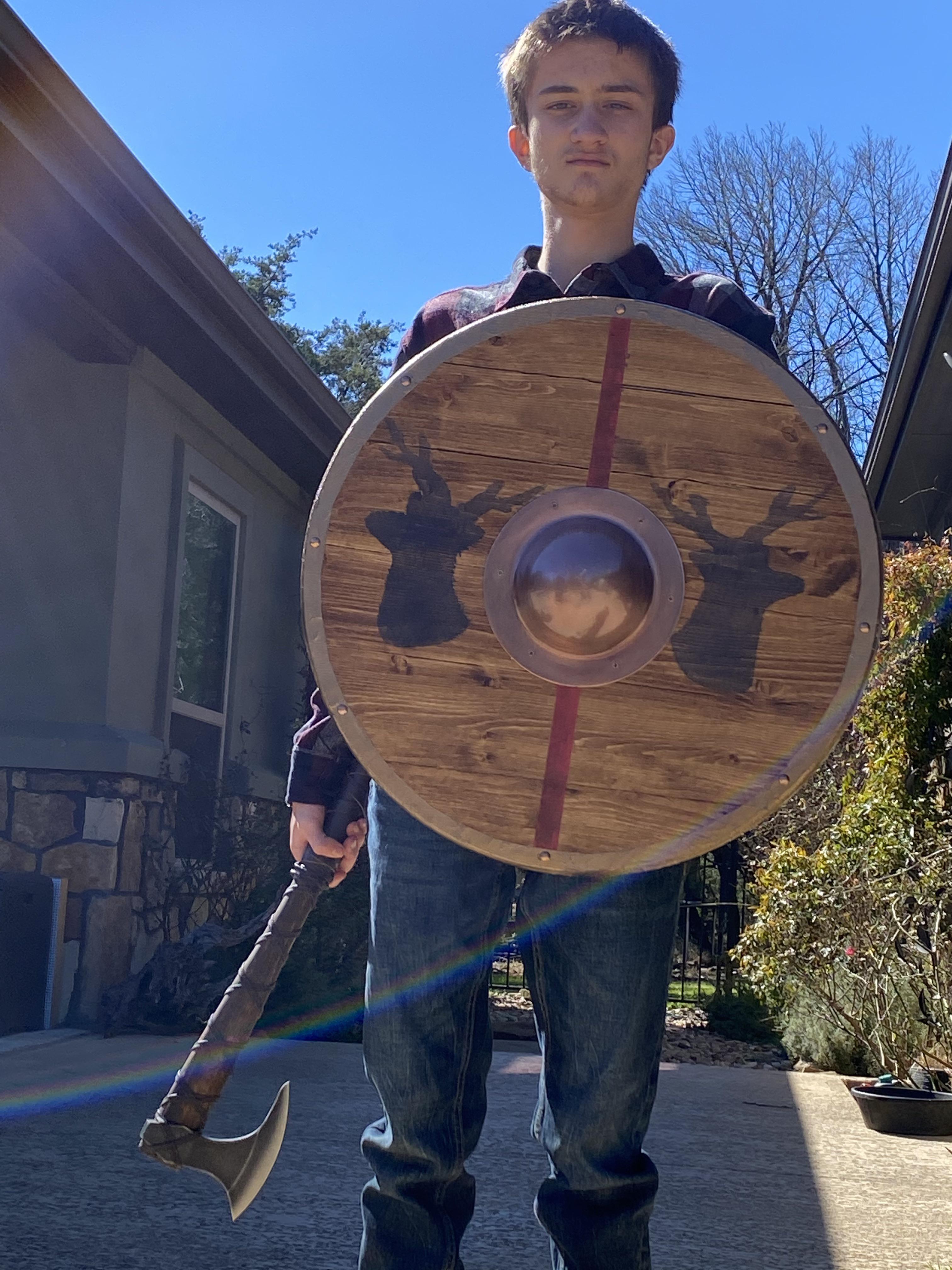 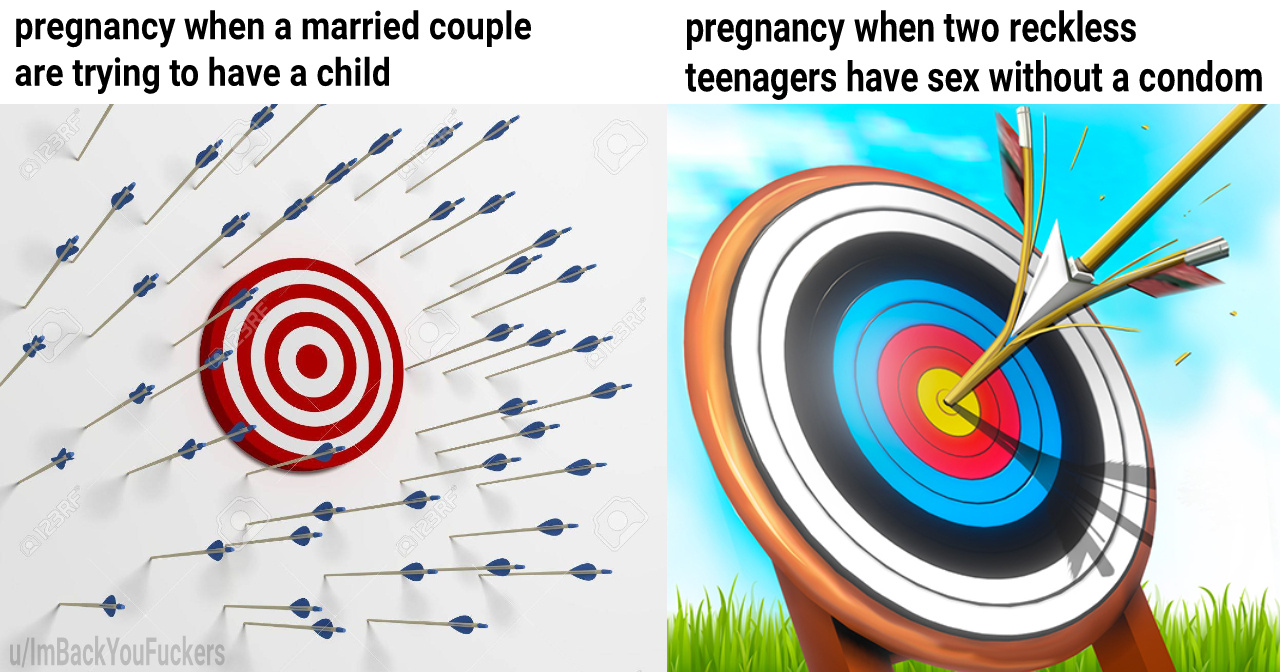 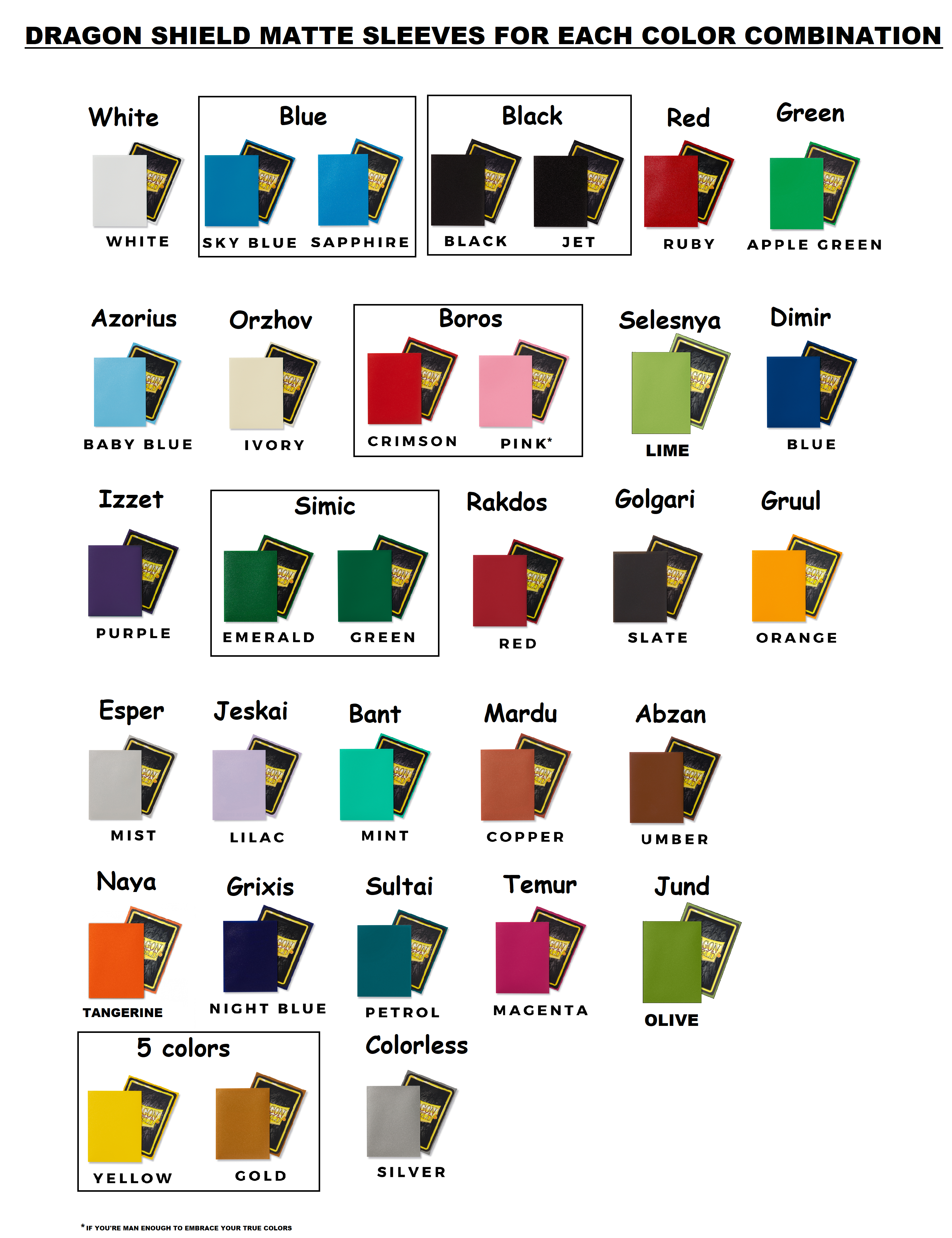 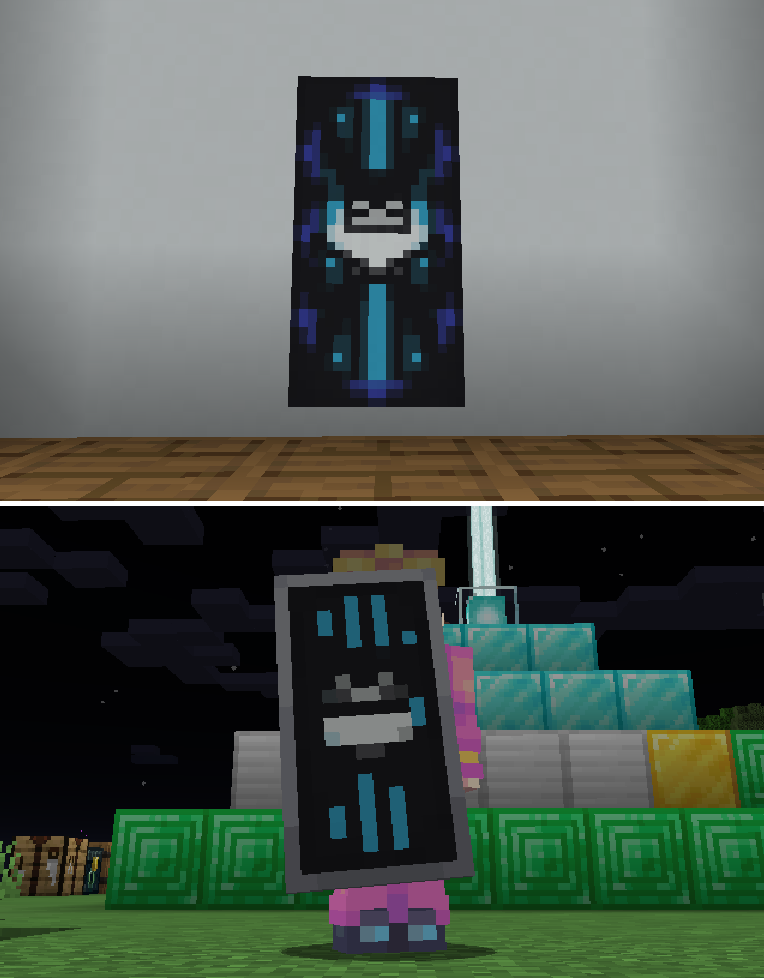 👍︎ 21k
📰︎ r/Minecraft
💬︎
👤︎ u/Pharah_is_my_waIfu
🚨︎ report
[Esnaashari] Patrick Patterson says he's been playing Pokémon Sword and Shield nonstop on the road and that his teammates look at him funny. He says he's very excited for the new Pokémon Snap and that Charizard is his favorite Pokémon.

👍︎ 6k
📰︎ r/nba
💬︎
👤︎ u/GuyCarbonneauGOAT
🚨︎ report
just found a glitch where if you have your shield up while entering the nether portal, you can sprint and attack while your shield is up v.redd.it/wbhepz2v08d61
👍︎ 16k
📰︎ r/Minecraft
💬︎
👤︎ u/OmNomZom
🚨︎ report
Anthony Mackie: "At the end of Avengers: Endgame, Sam never accepted the shield. Sam never said he was going to be Captain America. So, in the series, you learn who’s going to be Captain America, who the shield is passed down to, and where we go from there." inverse.com/entertainment…
👍︎ 3k
📰︎ r/MarvelStudiosSpoilers
💬︎
👤︎ u/CyborgTomHanks
🚨︎ report
I really wish polearm + shield was a thing...maybe a good direction for Gladiator spec if it ever made a return? 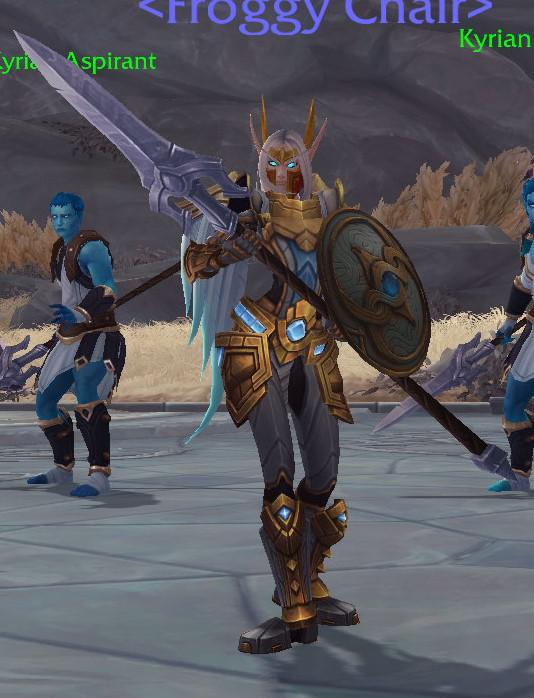 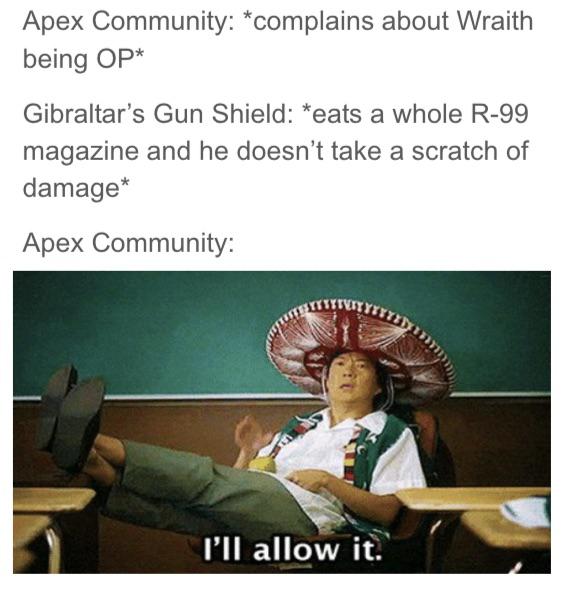 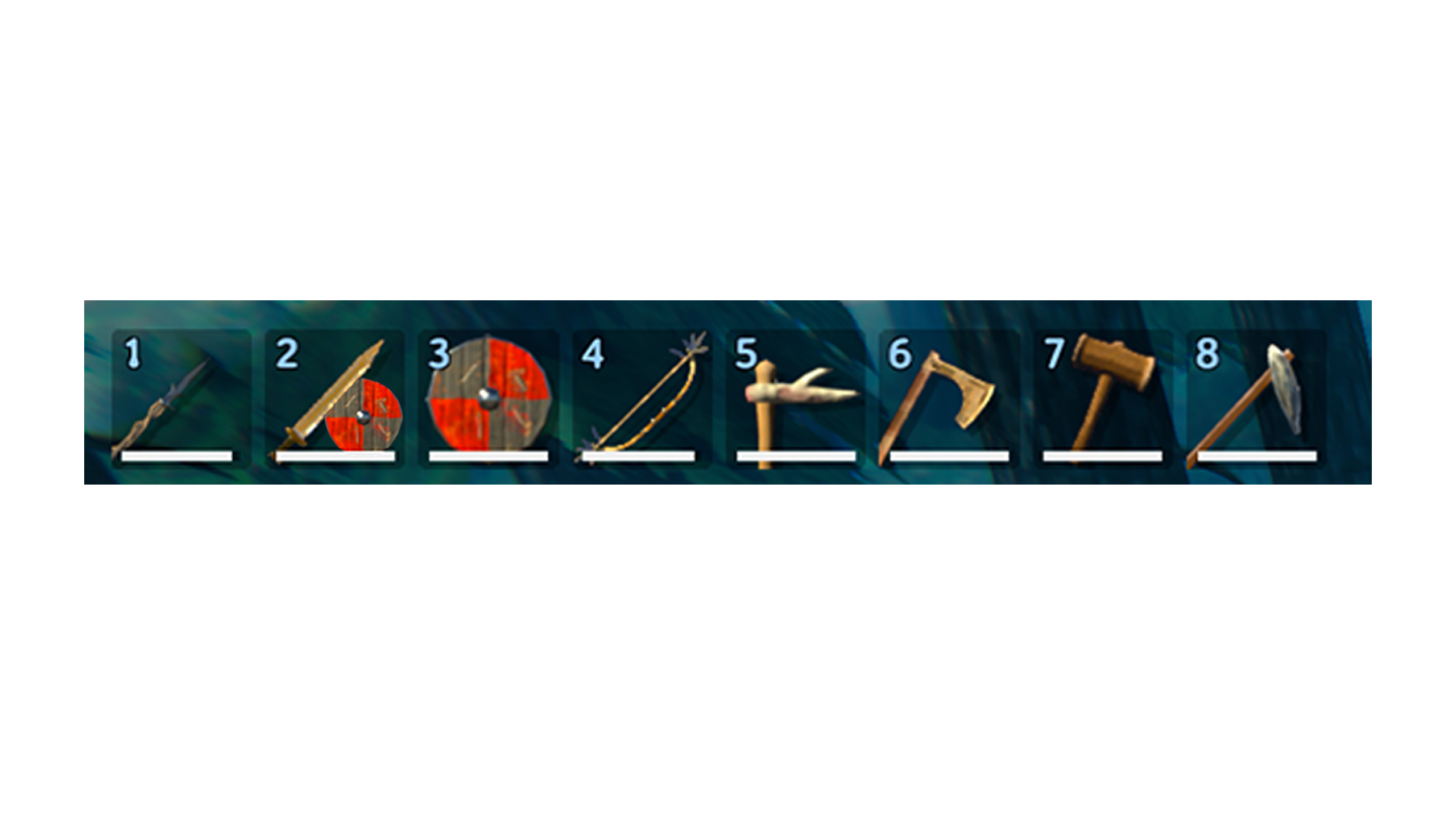 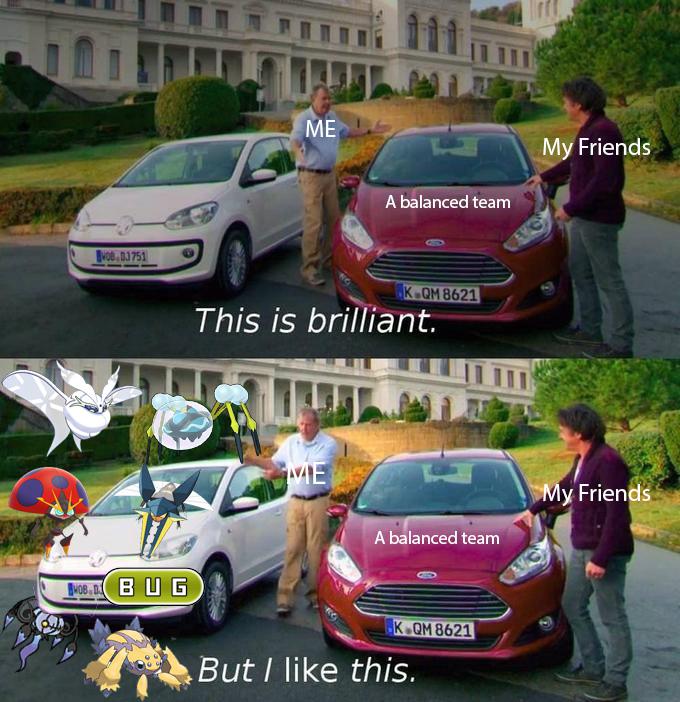 👍︎ 3k
📰︎ r/pokemon
💬︎
👤︎ u/the-ghost-gamer
🚨︎ report
Since red evo is now much more common and it takes five cells, why not change shield cells to stack in 5s instead of 4s 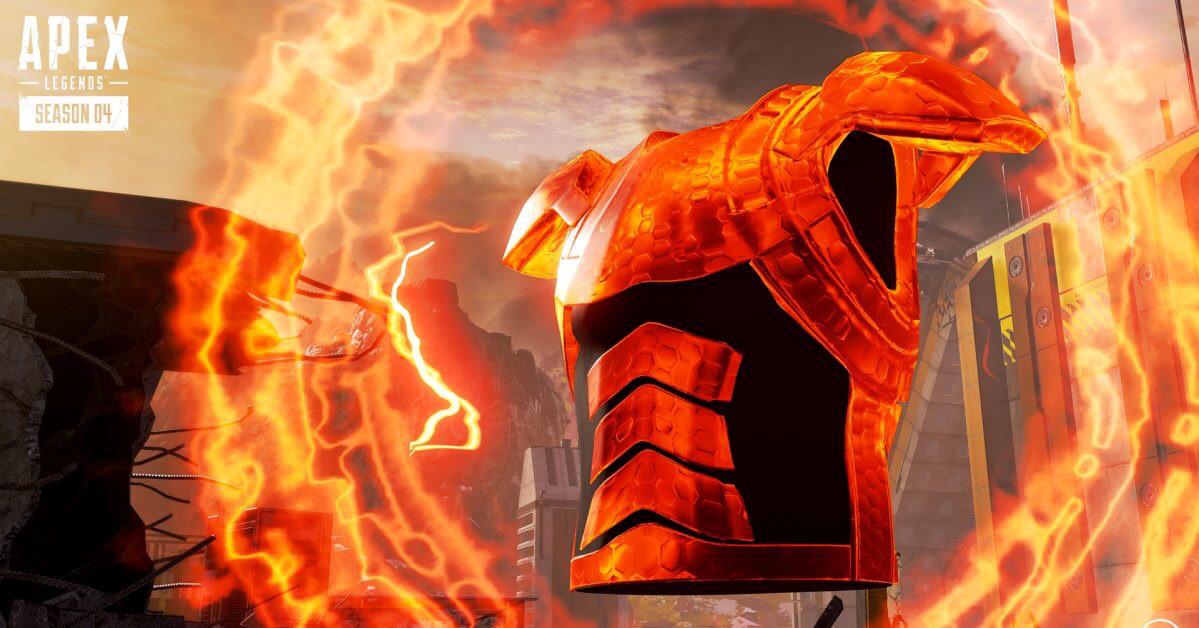 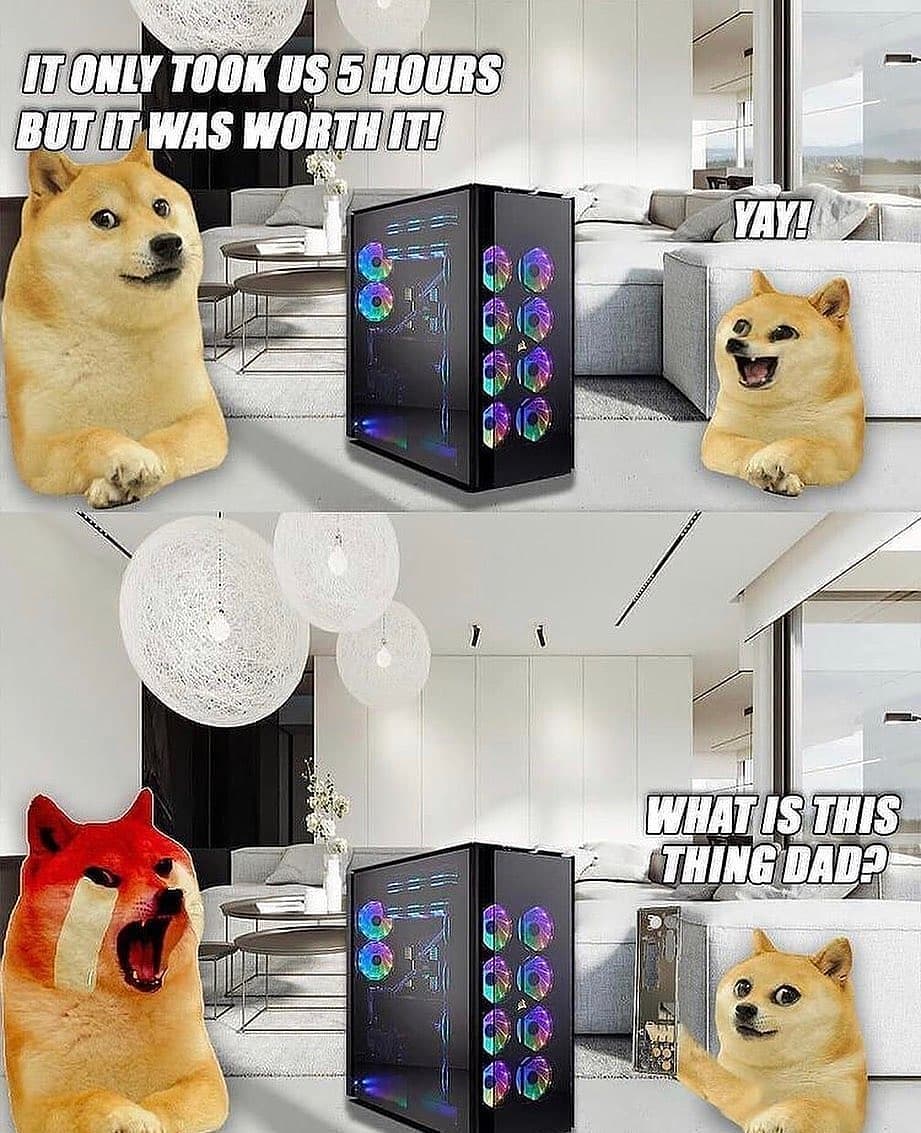 This weapon allows you to cover all shields without swapping weapons, as well as be decent for ranged damage. I highly recommend it, especially if you have slower load times and cannot swap mid-encounter. 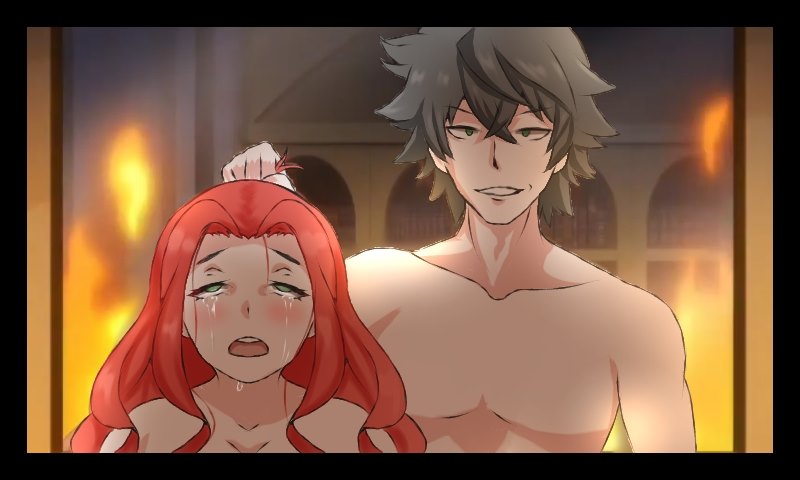 👍︎ 3k
📰︎ r/goodanimemes
💬︎
👤︎ u/Arkan97
🚨︎ report
"My armour is like tenfold shields, my teeth are swords, my claws spears, the shock of my tail a thunderbolt, my wings a hurricane, and my breath death!" 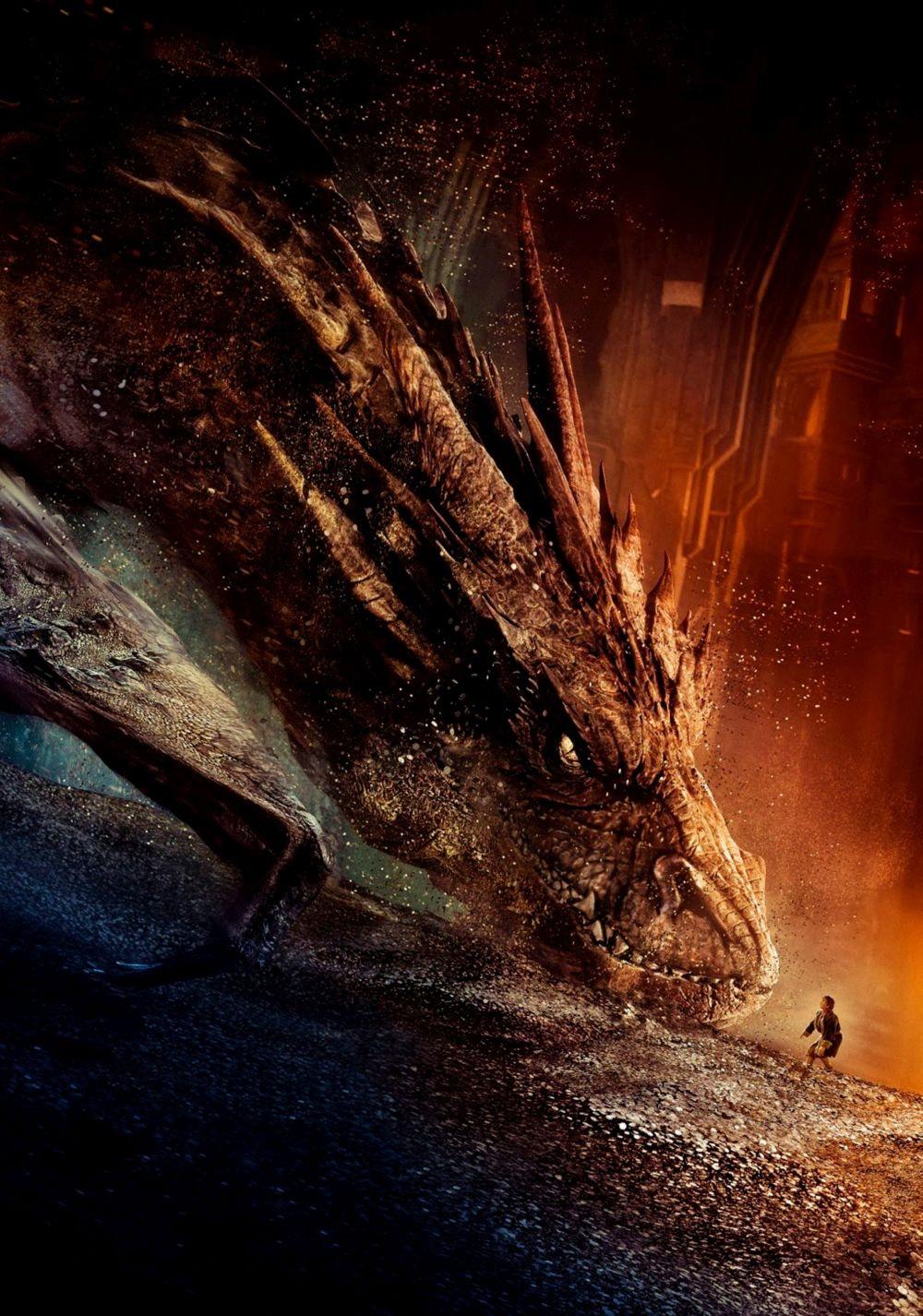 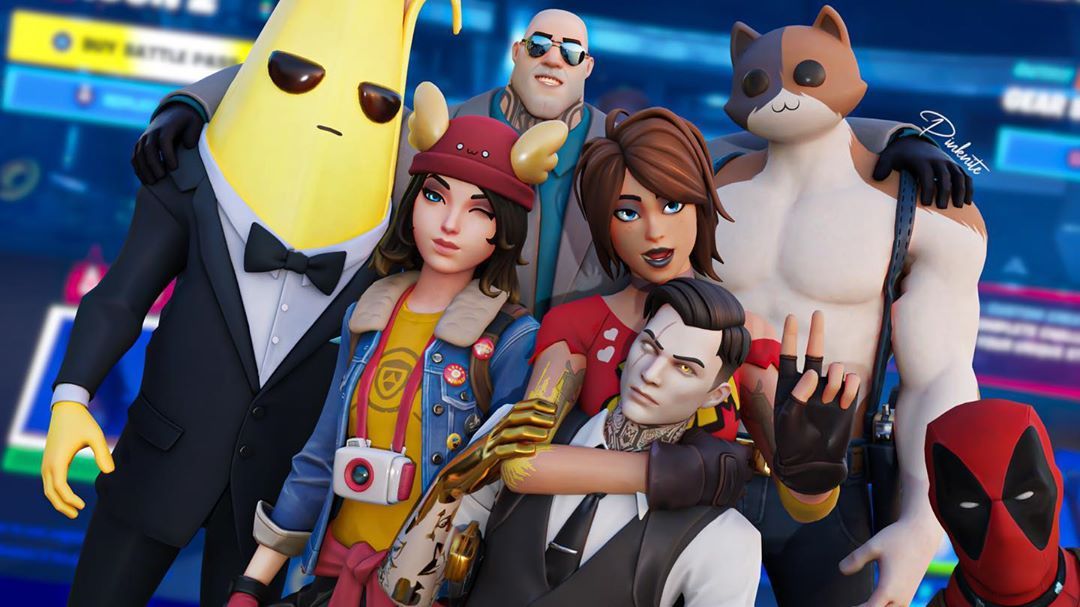 👍︎ 942
📰︎ r/FortNiteBR
💬︎
👤︎ u/Anime_Lover288
🚨︎ report
Doors of Dinh Contain the powers of Wintertodt, His shield should protect against freezing, this nerf goes against the lore. 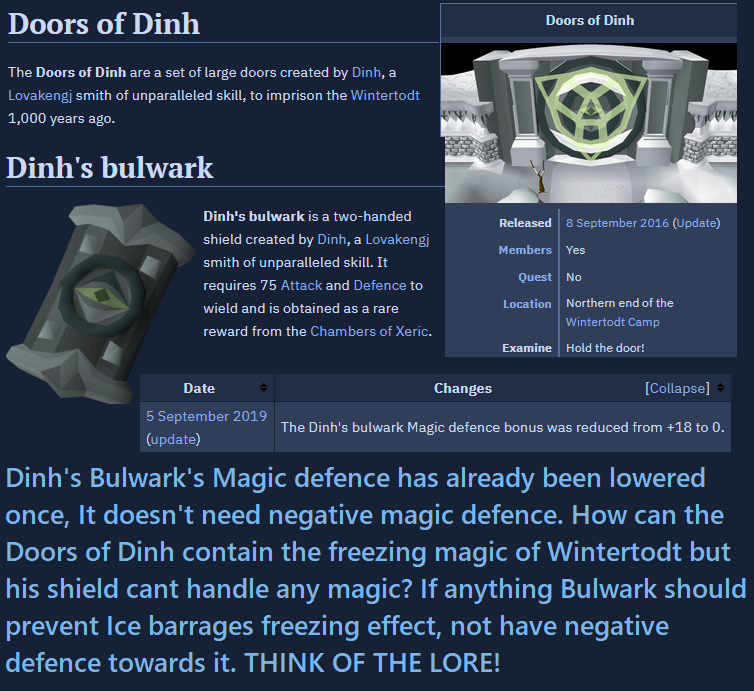 👍︎ 3k
📰︎ r/2007scape
💬︎
👤︎ u/RubyWeapon07
🚨︎ report
I tried killing the primo geovishap by just standing menacingly beside it with a shield v.redd.it/0m3dwr1uabf61
👍︎ 4k
📰︎ r/Genshin_Impact
💬︎
👤︎ u/vivamii
🚨︎ report
What was bad is now suddenly good. Commentary aside, if you like a show about mysteries, especially sci-fi related ones, you should check out Agents if SHIELD 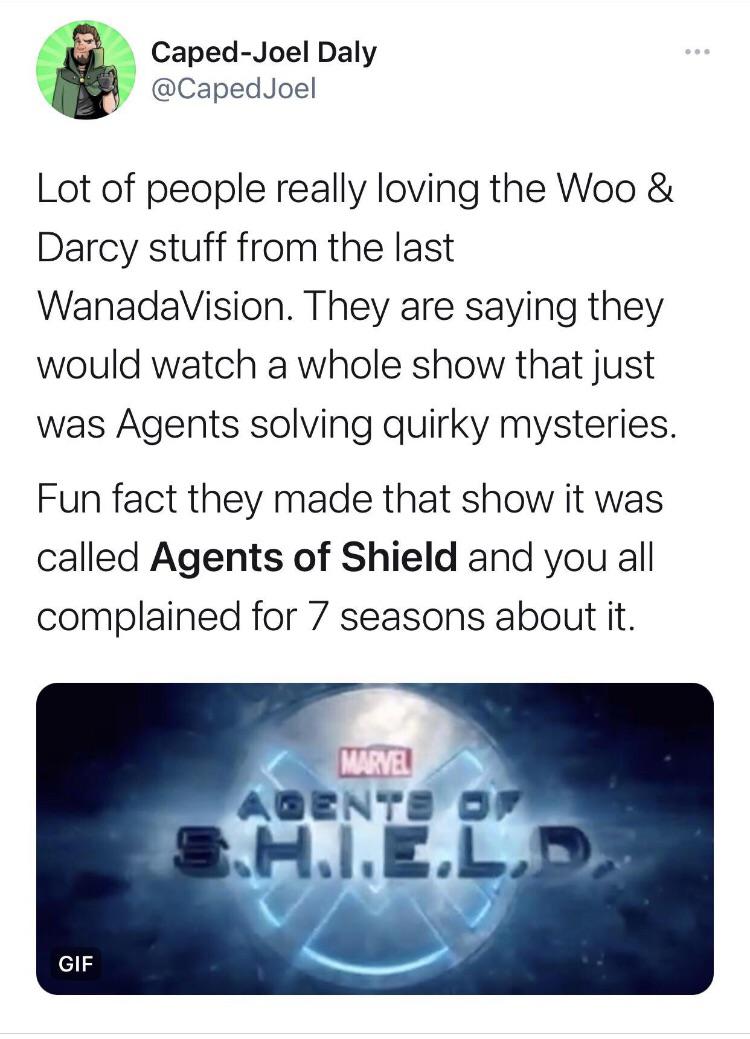 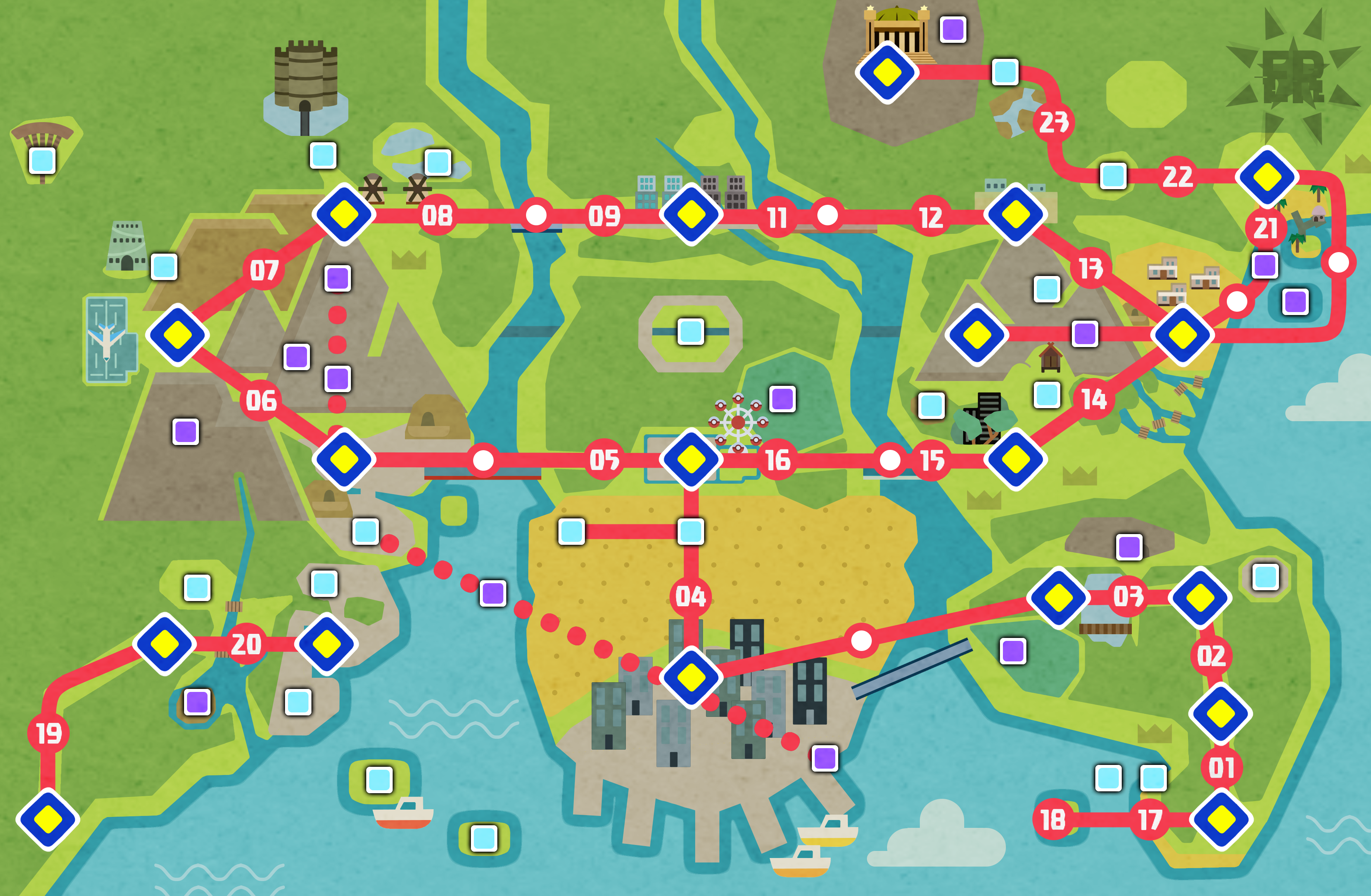