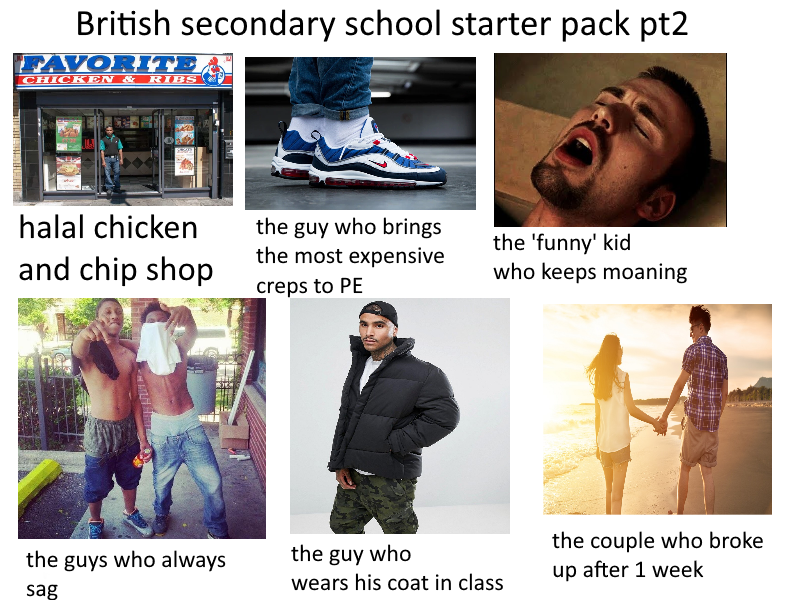 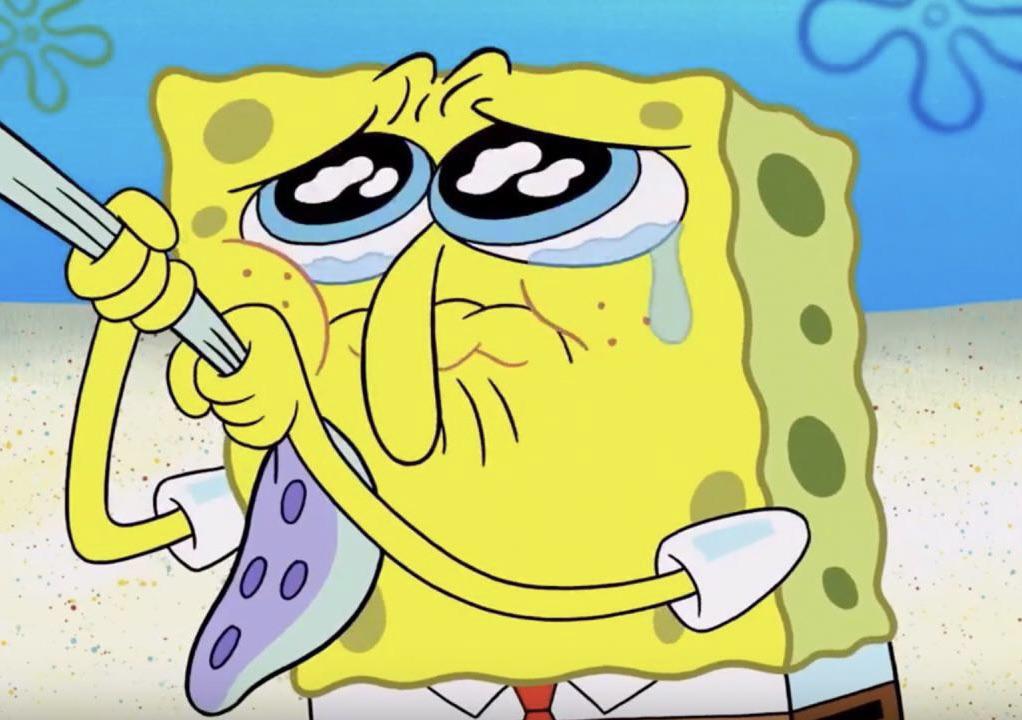 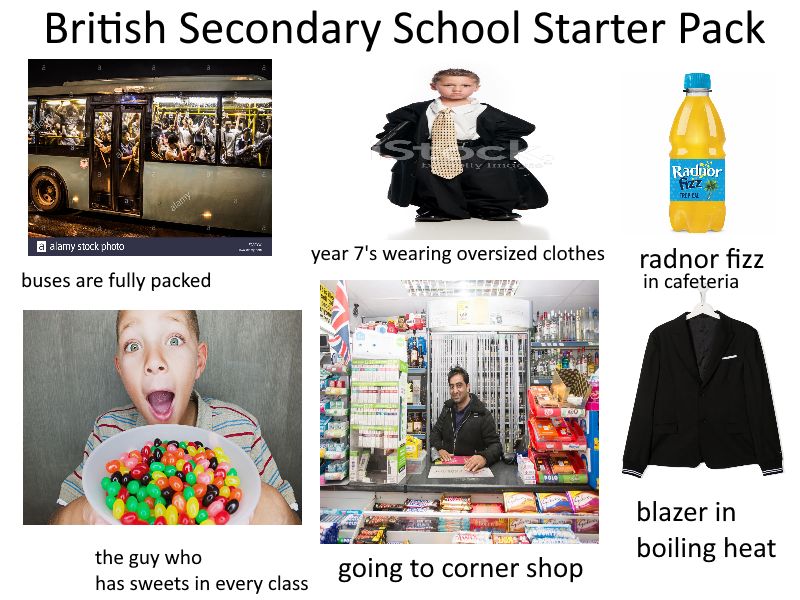 So the other day a post was made asking what various users school lives were like, I thought it was quite interesting seeing like many people answering like me left years ago, I left secondary school 10+ years ago and unfortunately don't maintain many (read: barely any) contacts/friends from this time.

It was strange for me, I went to secondary school with a large group of friends from primary, stuck with each other all the way through Y7 - Y11 also made friends with another large group, then literally split apart in the months after during college/six form. Funnily enough the few people I still speak to from this time-period were individuals who I actually barely spoke to during my time there!

So, out of interest to other people who left their secondary schools a good few years ago, do you still keep in contact with any friends you had from this time period? Or did you not form any close friendships until further education etc? 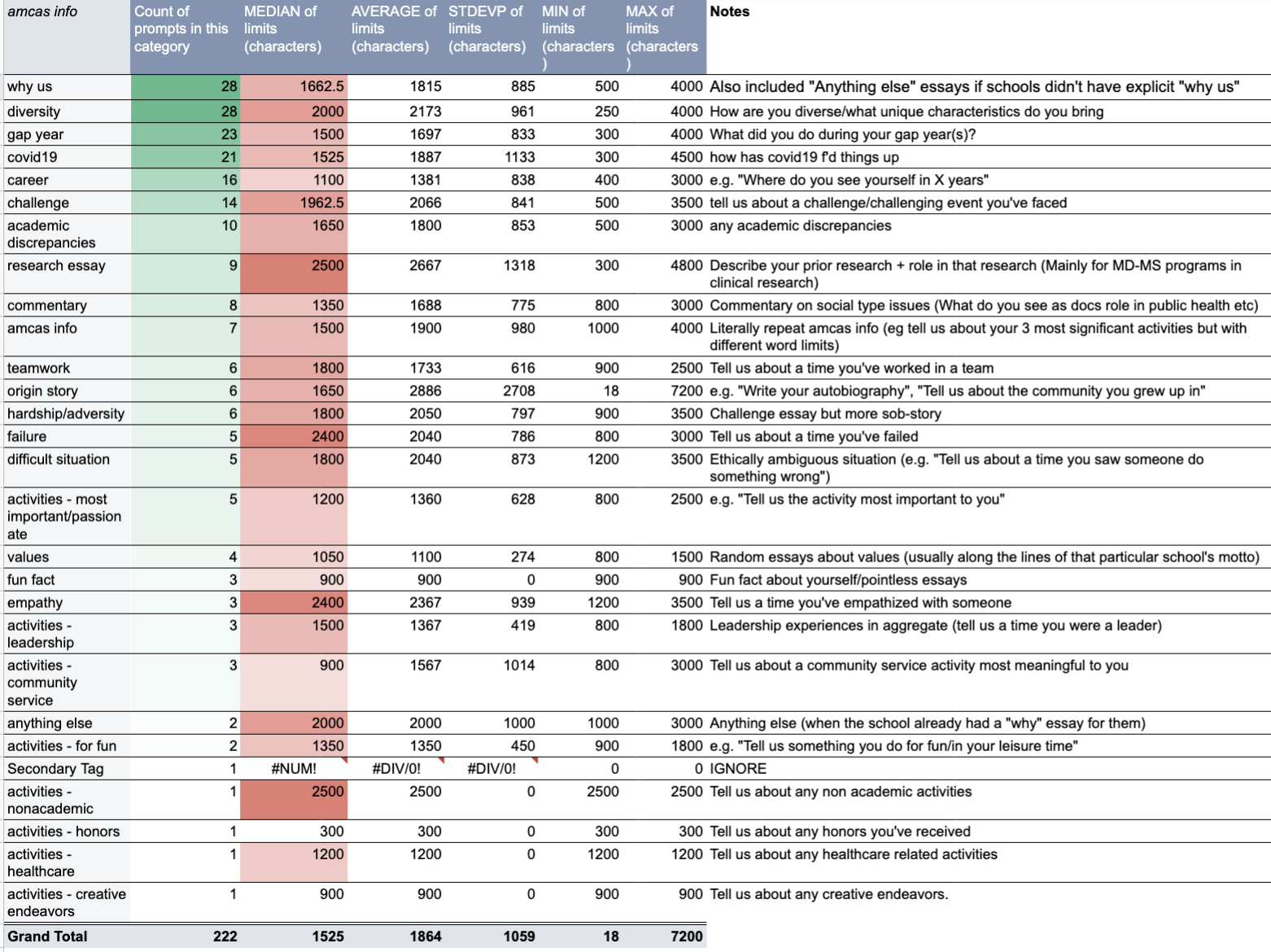 My hubs was working Central last night. He's always told me it's been haunted and he has seen/heard weird stuff but with the schools being closed since COVID things have been a little stranger recently. Last night they had some construction workers in and one of the guys was freaking out because he said someone kept whispering in his ear, and he didn't seem to believe my husband when he said that the school was haunted. Later one of my husband colleagues saw something in his peripheral vision a couple of times so he took a picture where he kept seeing it. CAN YOU SEE IT??????? Does it not look like a kid crouching behind the back desk??

👍︎ 325
📰︎ r/londonontario
💬︎
👤︎ u/What_da_phuk
🚨︎ report
Would you send your kids to private secondary school if you had the means?

Something I've been thinking about recently.

Looking back, boys secondary schools in Dublin were all pretty bad imo. Bad facilities, extremely incompetent teachers (so much so that certain students left in leaving cert years to go to places like the institute) and through no fault of their own, lads from disadvantaged backgrounds who dragged the whole class down with them. Our school put people into classes based on grades they got( A class, B class, honours, pass etc) and the "lower" classes were pretty much a shit show with the teacher not bothering to teach half the time due to most people not giving a fuck. If you were in any way different or into art/music etc you were also super limited due to lack of funding/facilities. The list goes on.

I could list many issues like above, but unless my children really want to go to a particular school. I may just go the private route.

just realized i could chill in grade 6,7,8. they used to tell us we wont get admissions in good unis if we dont get good grades.

we were pranked xd

grades back then dont matter at all.
i miss leaving clash of clans for the sake of my secondary school grades.

👍︎ 205
📰︎ r/ApplyingToCollege
💬︎
👤︎ u/qasime
🚨︎ report
Sage paper says that the "consensus view is that the opening of primary and secondary schools is likely to increase effective R by a factor of 1.1 to 1.5 (10% to 50%)" twitter.com/whazell/statu…
👍︎ 32
📰︎ r/CoronavirusUK
💬︎
👤︎ u/yikestikes123
🚨︎ report
Would you be in favour of driving lessons being part of secondary school?

Like the American model? Given the hassle right now with the system, incorporating it into second level curriculum makes a lot of sense IMO

👍︎ 537
📰︎ r/ireland
💬︎
👤︎ u/el_colibri
🚨︎ report
Can we even remember most of the sejarah facts that we learn in secondary school?

Eyo, 2moro is spm already and im still wondering if there is ANYONE out there that can remember all the facts that they learn in sejarah while also studying another 9 subjects. 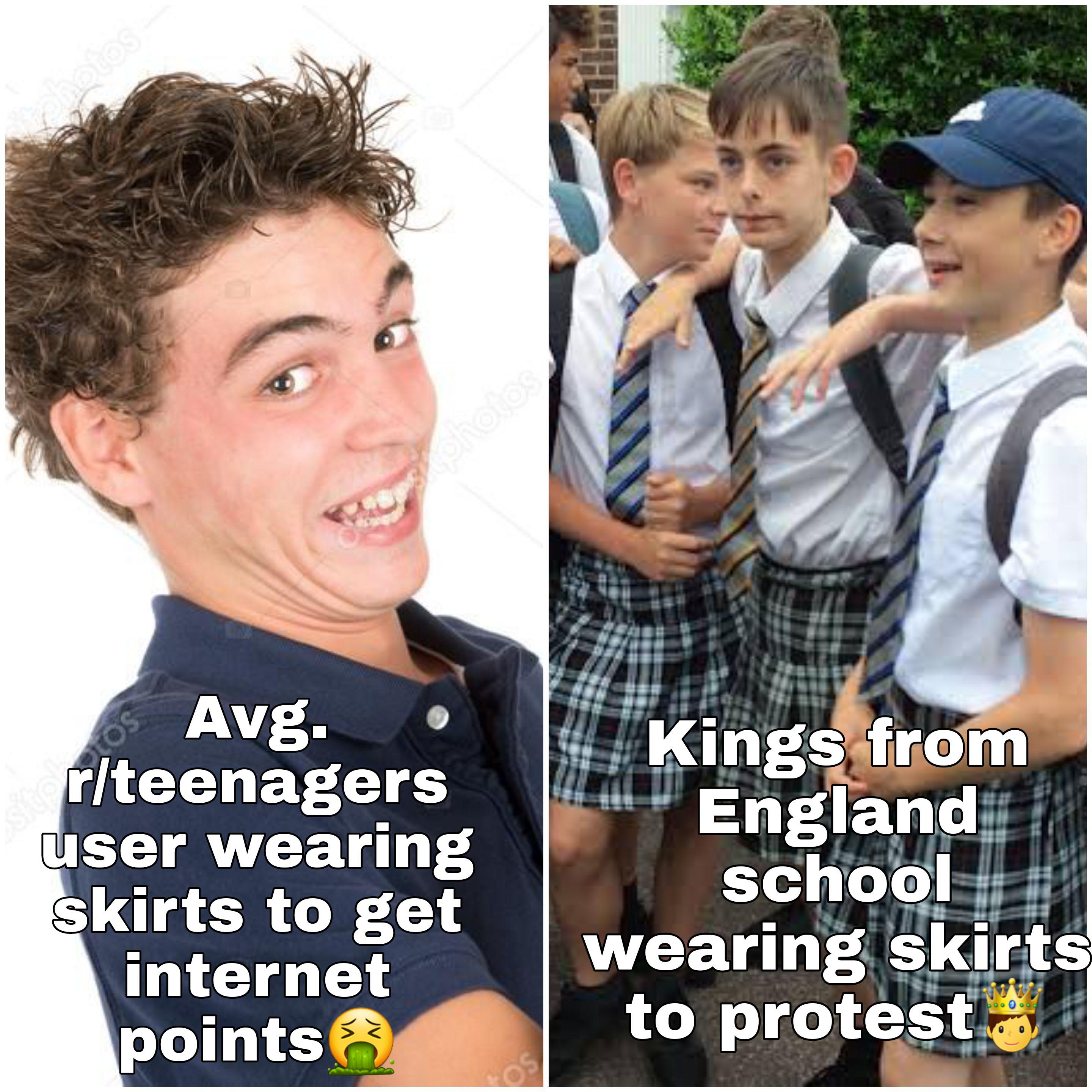 I’m waiting on behalf of my daughter btw, I’m not 11, just to be clear!

Hope everyone gets what they want.

Realised the last post akin to this one was posted 3 years back, and i thought it'd be nice to share and reminisce those memories again!

Some of mine include :

I kid you not, we once even had a classmate bring an entire kettle set to class so we could boil water for cup noodles during recess / english or SS lessons. None of us ever got caught.

So, just thinking aloud. I’m still waiting to hear from many schools like a lot of others here. I fully realize some may not have liked my stats or qualifications and that’s perfectly fine. Not offended or upset at all it is what it is.

But for those schools who take our money and just leave us in the wind... how is that legal? Wasn’t that a binding transaction? We paid for a service and did not receive that service. Why don’t they have to send some means of closure even if it’s a simple totally not personalized no thank you email?

I also fully realize there’s such a massive amount of applicants due to the ✨Fauci Effect✨ that it may be difficult to respond to them all, but to me if they take my money they are committing to sending me at least a somewhat timely email saying they are not interested.

Why don’t they collect/process the money after or during your review? If it was really genuine I would believe this would dispel a lot of criticisms. They don’t even try to hide that it’s a blatant money grab at many schools.

I've always called "secondary schools" high schools because the school I went to had it on the name. I think that this is common with schools in the north of England and Scotland but I am unsure! Some of the my friends from the South assure me I am wrong.

Edit: For context, I went to "High School" between 2001-2006 in West Yorkshire. There was a middle school that existed but it was closed down some years before I started High School.

After sitting on my arse on a Sunday for four continuous hours, the sensation of said arse being now numb coupled with a twingey lower back pain recalled the almost identical sensation resultant of the many, possibly thousands, of hours spent trapped on those godawful, unpadded stackable school chairs from whence there was no escape from the ages of 7 to 18.

My question is - did anyone else's schools have the chairs whose backs had a sharp angle in the middle and a sort of bowl area for the arse? The ones that forced you to choose between being bent forward onto your desk, angled away from the plastic back poker, or lounging all the way back? Or was my school particularly shit and bought some factory rejects for pennies on the pound?

They looked like this, but had a c. 100 degree angle in the middle for some fucking reason. Tried to find a google image of the chairs in question but could not find any, which is making me question if it was just my school.

There were occasionally fights if someone took a 'good' chair (i.e., the one pictured, with a non-insane back) off someone and they had to use one of these.

year 10 and 11 has been so shit with lockdown and all that. like at least for me, it was nice the first few weeks but now it’s just stressful and annoying.

i’m so done with secondary school in general and i really can’t wait to fuck off, because even if we’re still in lockdown by september (i think it’s unlikely but still possible) at least we’ll all be in sixth form and doing something a bit different.

is anyone else feeling this way? i feel like i’m the only one 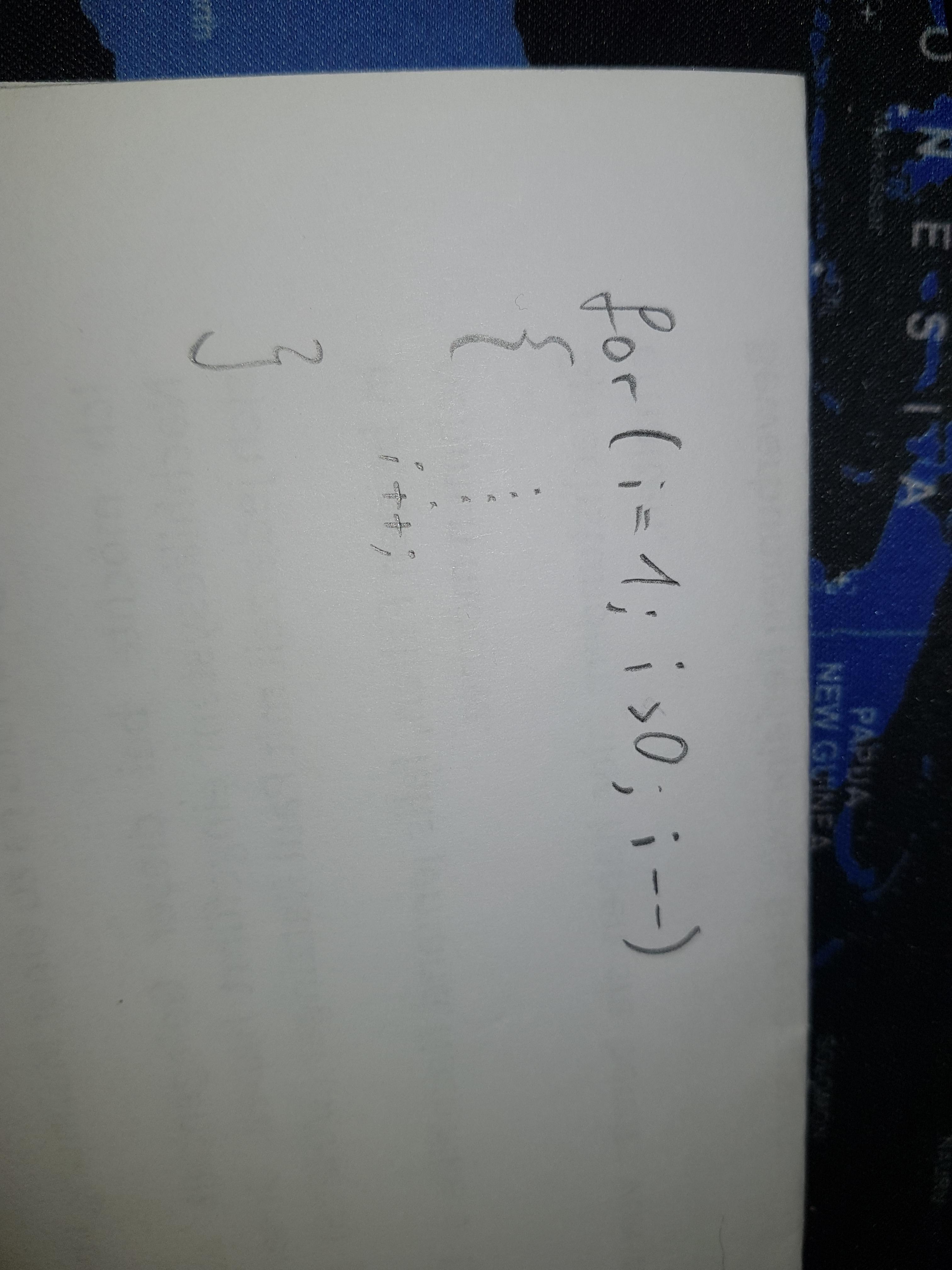 Former student Just curious if they ever renovated the brick that could take a chunk of skin off that all the hallways were made out of?

How's things for the Regional Arts students with the covid restrictions? Are you playing your trumpets and doing your acting scenes over video call?

Alternative question: Does the phrase "27 and 53" ring a bell?

Everyone (and I mean everyone, including myself) I know who went to a British secondary school has read the book Skellig. Is this some sort of required principle of Year 7 English lessons?

My girlfriend is a Head of Department at a secondary school. We live and work in England.

The school publishes its term times on its website. It states that “last day of term 2nd July”.

The school has told my girlfriend that she cannot book a holiday from 2nd July 2021 because it may need to adjust term times because of Covid.

A) is this actually legal?

B) if we book our holiday for say the 3rd July for two weeks what can the school actually do if it retrospectively changes the term dates?

We had a teacher who said that joints are often laced with crack. Pretty sure you don't buy joints?

Feel like learning about heroin is a waste of time pretty sure no one in my year will or has done heroin. Its coke you could be warning about

What do youse remember? 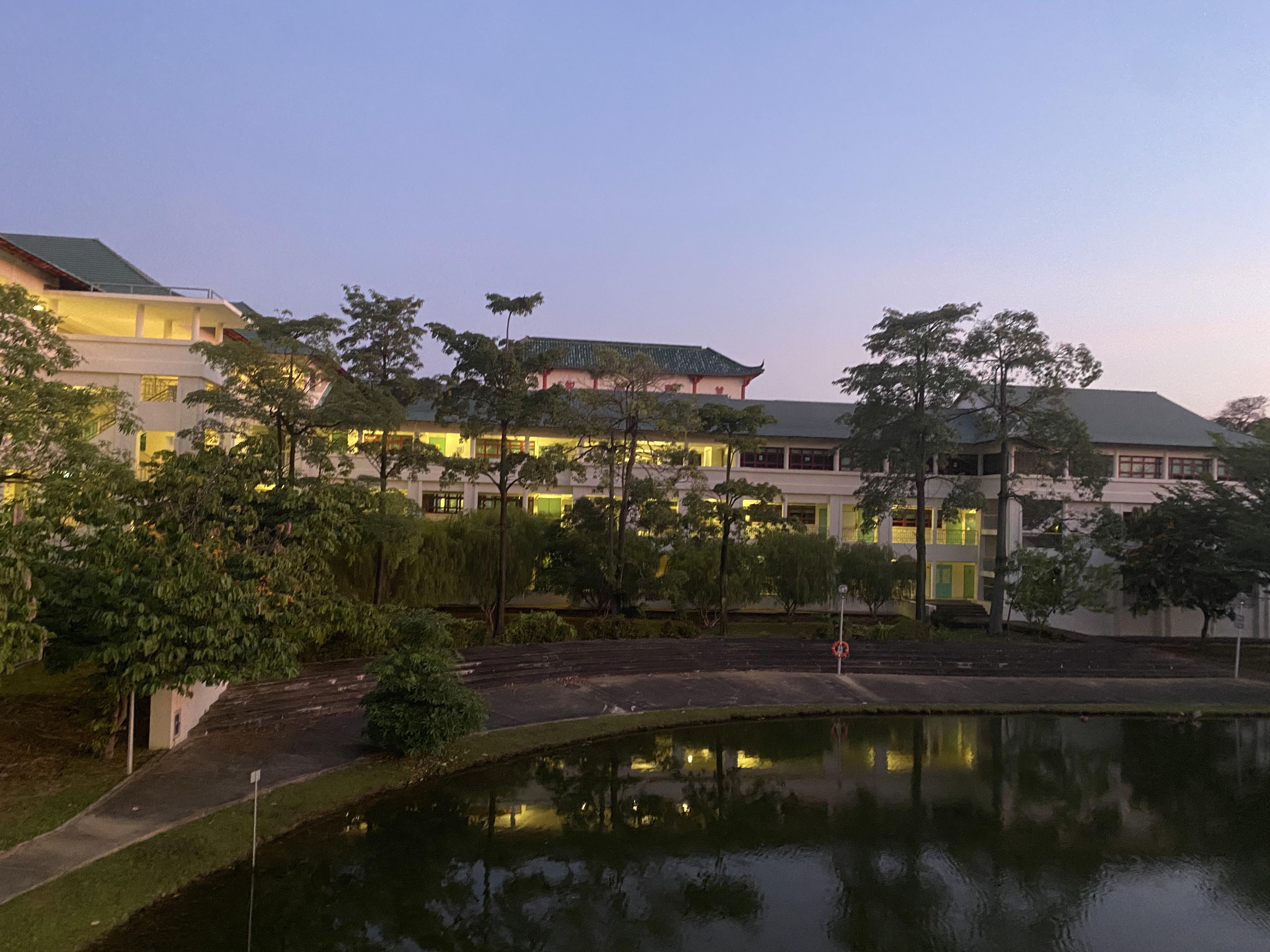 👍︎ 74
📰︎ r/interestingasfuck
💬︎
👤︎ u/bobomochi
🚨︎ report
Is there any point in a potential lockdown 3.0 in England if secondary schools and universities remain open?

I am curious about this. Given that most people I know followed the most recent lockdown really strictly and it sadly didn't make much of a dent in cases. Additionally schools and universities led to a surge in cases particularly in cities such as Nottingham, Manchester and Bristol.

I don't think that a 7 year old can do remote learning and I think the vulnerable secondary school kids should be allowed access to schools. But shutting down the economy and costing lives so that a 15 year old can sit in a packed classroom with 30 other kids five days a week does seem bizarre. And I imagine it is very stressful for vulnerable parents who have no choice but to be exposed to covid.

If Germany and the Netherlands are shutting schools temporarily, will we follow suit?