all my homies hate race reductionism 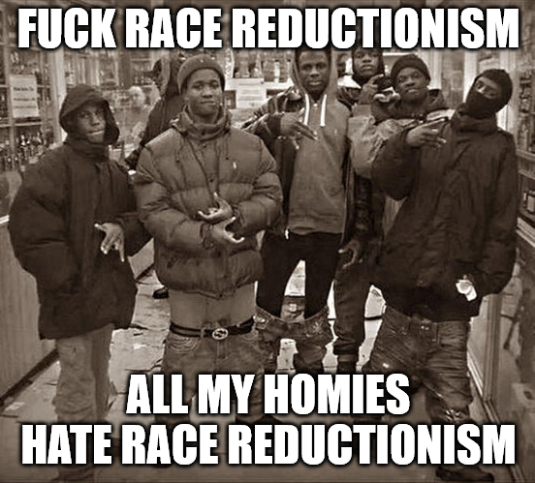 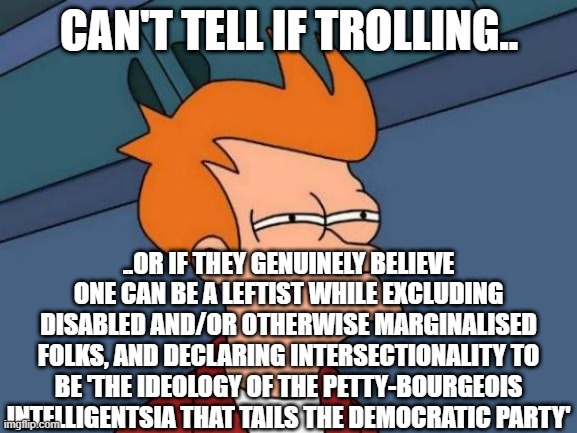 Your favorite socialist organization is becoming the equivalent of an idpol madrassa. I've heard other stirrings (online admittedly) that this will be coming to many other chapters across the country, as the DSA further promotes bougie intersectional radicalism over class-first socialism

edit 2: https://twitter.com/LlamaAccount/status/1361404634741506050 has pics of the resolution. It's more weaselly we must center and prioritize idpol shit while claiming we aren't engaging in idpol but instead a universal struggle. Again shit I've experienced before in other activist groups that grounds out any enthusiasm and energy. 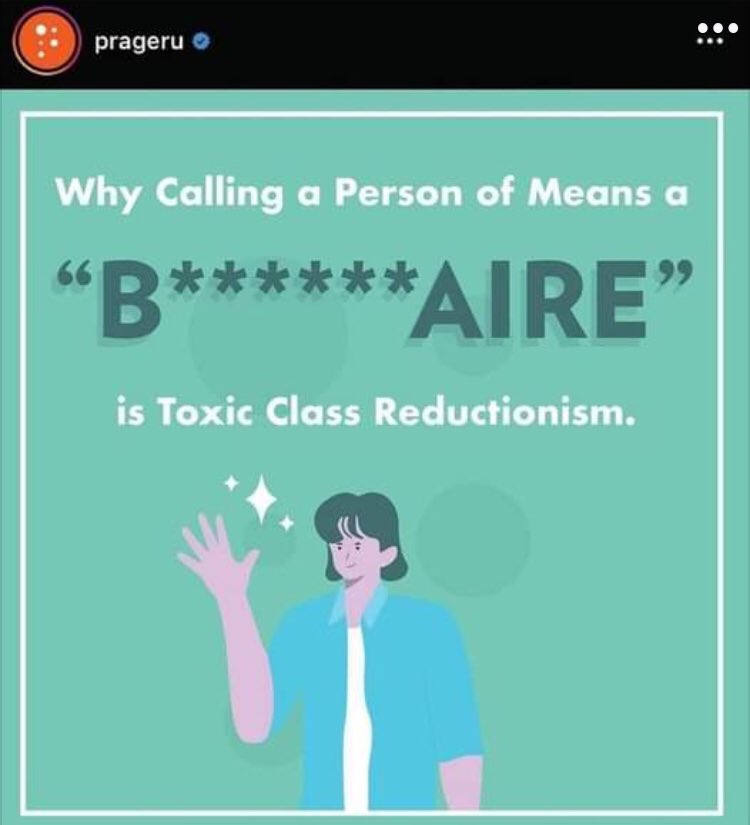 I would like to say first off that I don't believe that tribalism/baseless prejudice isn't real or that the resulting racism/sexism/ableism/antisemitism etc is not real and tangibly affects the groups targeted. However, I am of the firm opinion (as far as my current knowledge and learning goes) that all systemic oppression is the result of class oppression.

To clarify a few points, when I say class, I do not necessarily mean class as we understand it under the current global capitalist economic hegemonic order. Class has evolved and will continue to evolve as economic systems grow, change, and fall. However, almost no matter the society, there has always been an economically privileged higher class, and an economically underprivileged lower class. Therefore, my opinion stands pretty much the same under feudalism, market capitalism, state capitalism, etc.

Additionally, my definition of class reductionism or being a class reductionist rests on the idea that all systemic oppression is rooted in class oppression, rather than the false belief that identity-based oppression doesn't exist, or would entirely cease to exist should capitalism fall. ^One might think that a notable outlier is the systemic oppression inflicted by centralized religion, but the theocratic upper class imo does it for money, no matter if anyone "truly believes" or nah.

Anyways, I'm going to illustrate my points through examples. If anyone takes issue or has a conflicting opinion or anything, I'll try to respond to comments as best I can (and I'm also open to changing my opinion should new knowledge come to light :)).

In America, this notably takes shape around anti-Black racism. The system of chattel slavery relied on the supposition that Africans were biologically inferior to western Europeans. There was a huge economic incentive (billions and billions generated through enslavement and subsequent apartheid) to create a society where Black people were viewed as less than and unequal in the eyes of the law. This takes shape after "emancipation" with the paying of lower wages to Black Americans, the imprisonment and forced labour of disproportionally targeted BIPOC, and the commodification and exploitation of the Black female and deviant (ie trans womxn) body to name a few. Institutional racism has the power of the law behind it. Therefore, laws against natural hair in places of employment, judicial systems tha 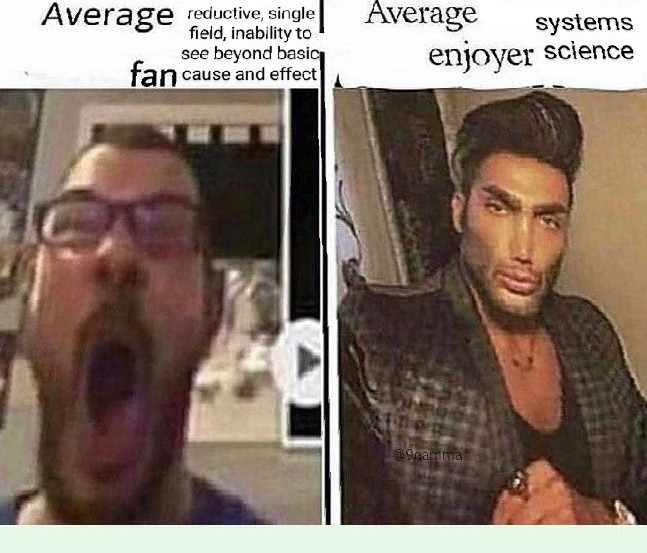 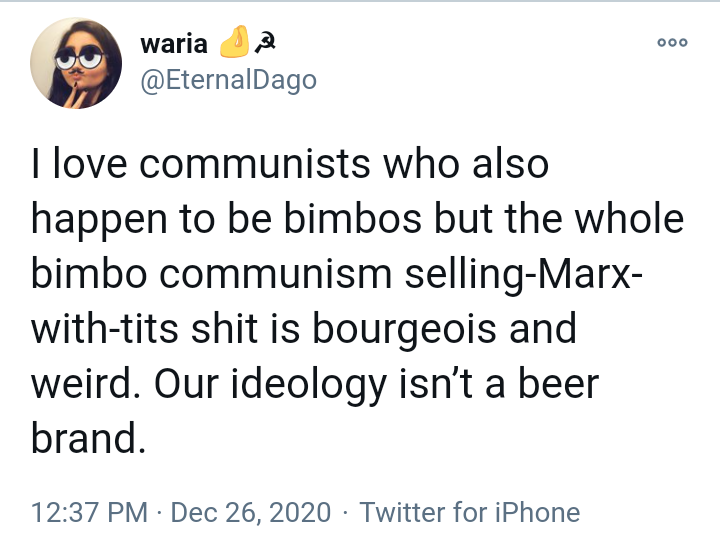 Can someone please help me better understand the concept of class reductionism so that I can begin to understand different forms of reductionism (race, gender, etc.)? I feel as though I may understand, but at the same time, I remain confused. For example, I recently wrote an essay for one of my sociology courses this fall, in where I argued that racial minorities are held back more-so because of racism, rather than their class, in American society. This is NOT to say that I believe in a racial-superiority complex or that racial minorities are inferior in any way, but rather because I believe that the United States has created systemic disadvantages for minorities, not because of class warfare but instead because of systemic racism. Would my stance make me a class reductionist, or am I missing the mark entirely? I currently feel for the latter. 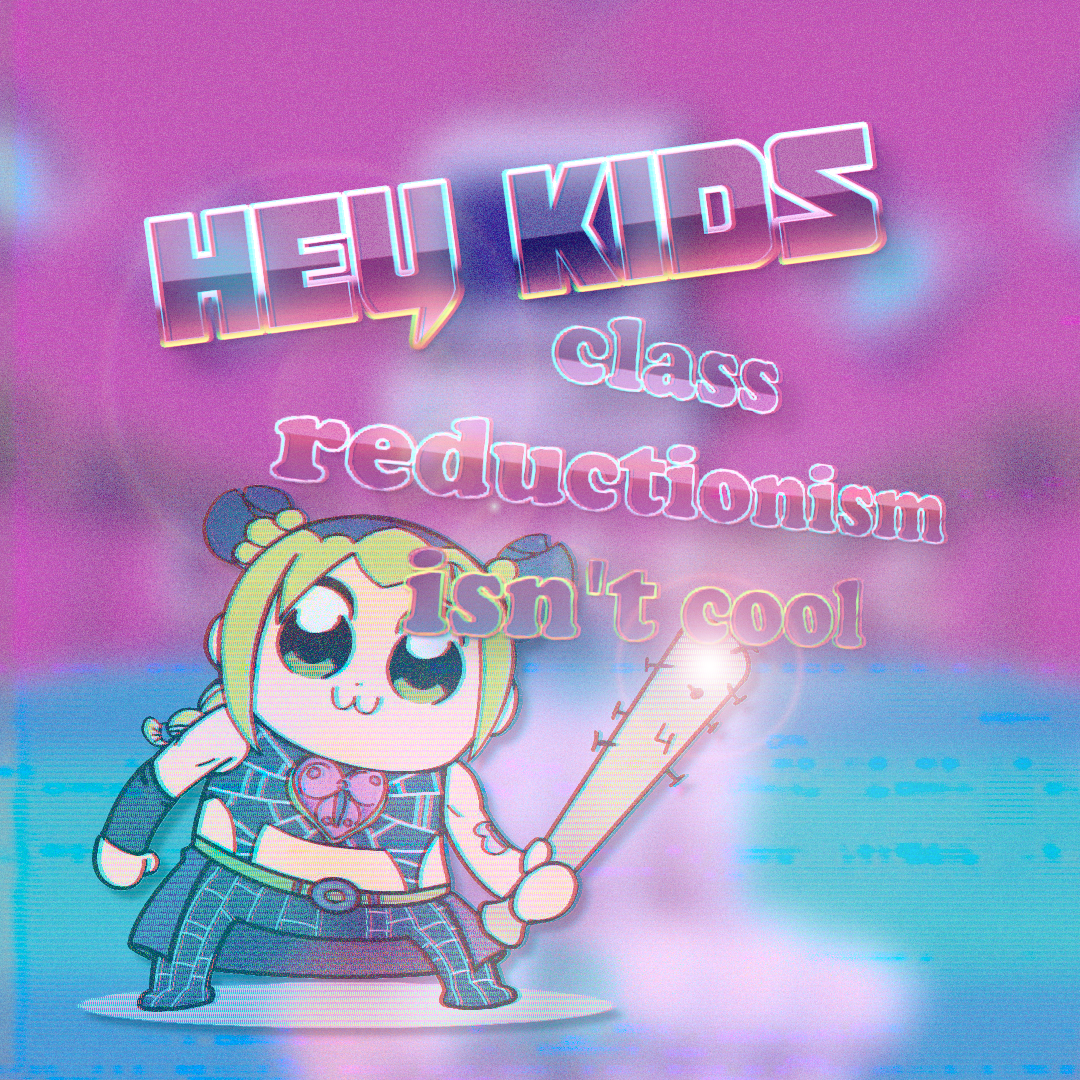 NYT divides its comments up into NYT picks and reader picks. There's usually a stark divide, with radlib comments that parrot back the paper's position marked as NYT picks and more reasonable stuff picked by readers. But the NYT picks on this op-ed are filled with class-based and anti-idpol arguments about why the Dems ate it.

This is currently the most recent NYT pick: >Several loose thoughts most of which won't win me any friends.

>First off. When you start going on about White Patriarchy and White privilege at people who have slipped from their blue collar middle class position to saying "Welcome to Walmart." You've already lost the argument. Sorry they look at the NYT reporter in his $300 suit and figure what does he know about me or mine or my position in life. And their right the people who go on & on about these things all do it from a position of privilege the people they're lecturing will never see. IS it just me or is there more then a minor disconnect there? They tune this out because they view it has irrelevant to their lives and as useful as a screen door on submarine in relevance to their lives. And their right.

Again, someone at the New York Times intentionally selected this comment as good and something that should be promoted to its readers.

I've been feeling pretty cynical about the possibility of class politics (or anything besides a doubling-down on woke politics) and probably still should (it's not like the NYT is endorsing this out of the goodness of its own heart), but... the fuck? Are we hitting some kind of turning point? Or is this merely a fever dream the establishment w

There’s a really long-winded philosophical explanation as to what reductionism actually is. The irony seems lost on them.

Our job is to connect. It’s not to convince everybody how intelligent or educated you are with abstract intellectual lyrics.

Unless your niche is abstract intellectuals in which case ignore this advice entirely :)

For the rest of us, the key is to tell our truths and stories as directly as possible.

The key is to pass on the articulation and distilled emotions and feelings in the best possible form.

Malcolm Gladwell is a multi New York Times Number 1 best selling author. He was a staff writer on the NewYorker for over two decades. He is in one of modern societies most celebrated authors.

They tested the school standard level of his writing. It was 8th-grade. ( aged 13-14 for us Brits and Europeans)

He was delighted. He believes one of the keys to his success is to explain complicated and unconnected things simply.

Simple communication to deliver the message is what really matters. 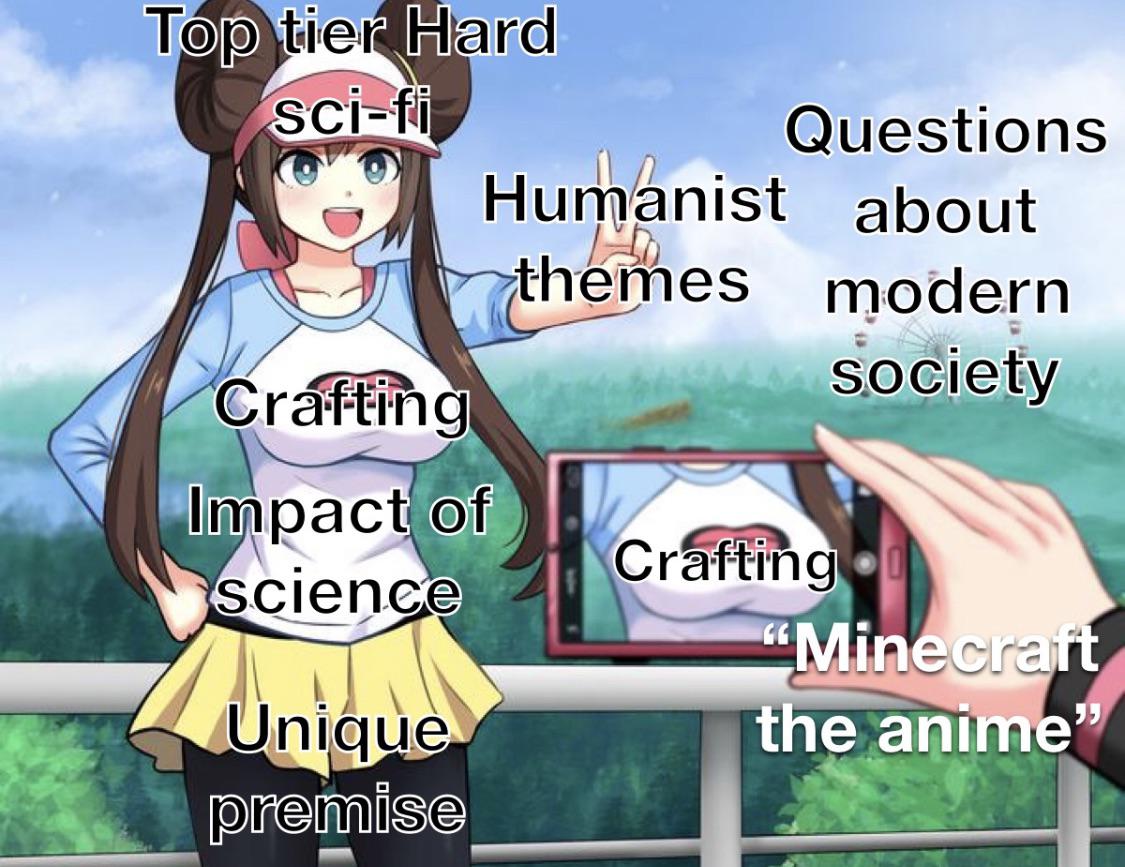 Seriously, class is much more important than race or gender.

So, I'm a huge fan of T. Colin Campbell. I've read Whole and The China Study, and I'm now just about done with his newest book. He's a big part of the reason I went WFPB. But here's my question...he bashes reductionism as being the sole scientific "holy grail," especially when it comes to nutrition. But then I feel like he often bashes animal protein specifically...it's not the saturated fats and dietary cholesterol, but the animal protein linked to so many chronic diseases. Isn't his saying that repeatedly the epitome of reductionism itself? Finding one nutrient and placing so much blame on it? Or perhaps I'm missing the point?

👍︎ 8
📰︎ r/PlantBasedDiet
💬︎
👤︎ u/gdanp23
🚨︎ report
For casual Friday, this is pretty-high effort but it does, I think go some ways towards explaining the primary mechanism behind collapse; for a source-on and further, see the Lectures: Chaos and Reductionism, Robert Sapolsky|||Language use & design: conflicts & their significance, Noam Chomsky

Although class reductionism has its merits, I do believe that sometimes it is dangerous and can very definitely end up gaslighting oppressed minorities. I might be speaking crap, but I am currently reading Long Walk To Freedom by Nelson Mandela and how he complained how the white communists said that Apartheid was a classist issue and not race.

To me it seems like emergence is reductionism, for example the properties of metal atoms fully explain the emergent phenomenon of conductivity.

why is it that liberals are more socially acceptable that people who genuinely believe that wealth redistribution should be at the forefront of our attention? it’s used as a fucking insult and is a sign of liberal elitism.

i’m a class reductionist in a sort of reclaim-the-insult kind of way. i’m a socialist at the forefront but i’m genuinely just of the opinion that our greatest concern should be supporting black neighbourhoods or making gender surgery (as a part of all healthcare) free for trans people in the US. rather than talking about girl power and shit let’s talk about reclaiming the working class identity and fucking up the feudal system we all abide by.

it’s like a fucking carrot on a stick is liberalism. they tell us that they’re gonna make it all better for blacks, gays and women yet years of liberalism and there are still ghettoes all around the western world. did it not at any point become apparent that liberalism of any form won’t work and people of all races and identities need to unite together as brothers and sisters and get our rights in a class war? 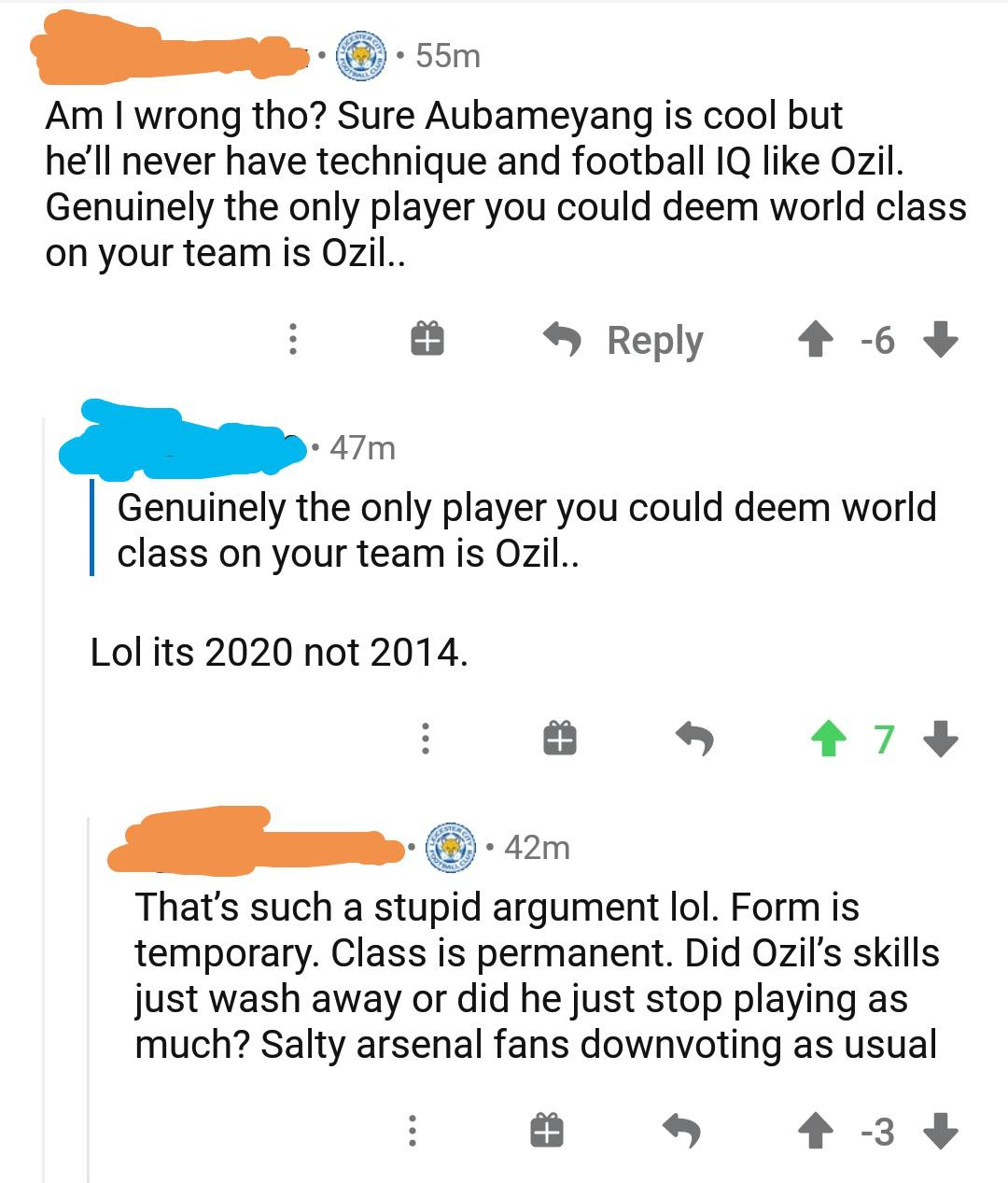 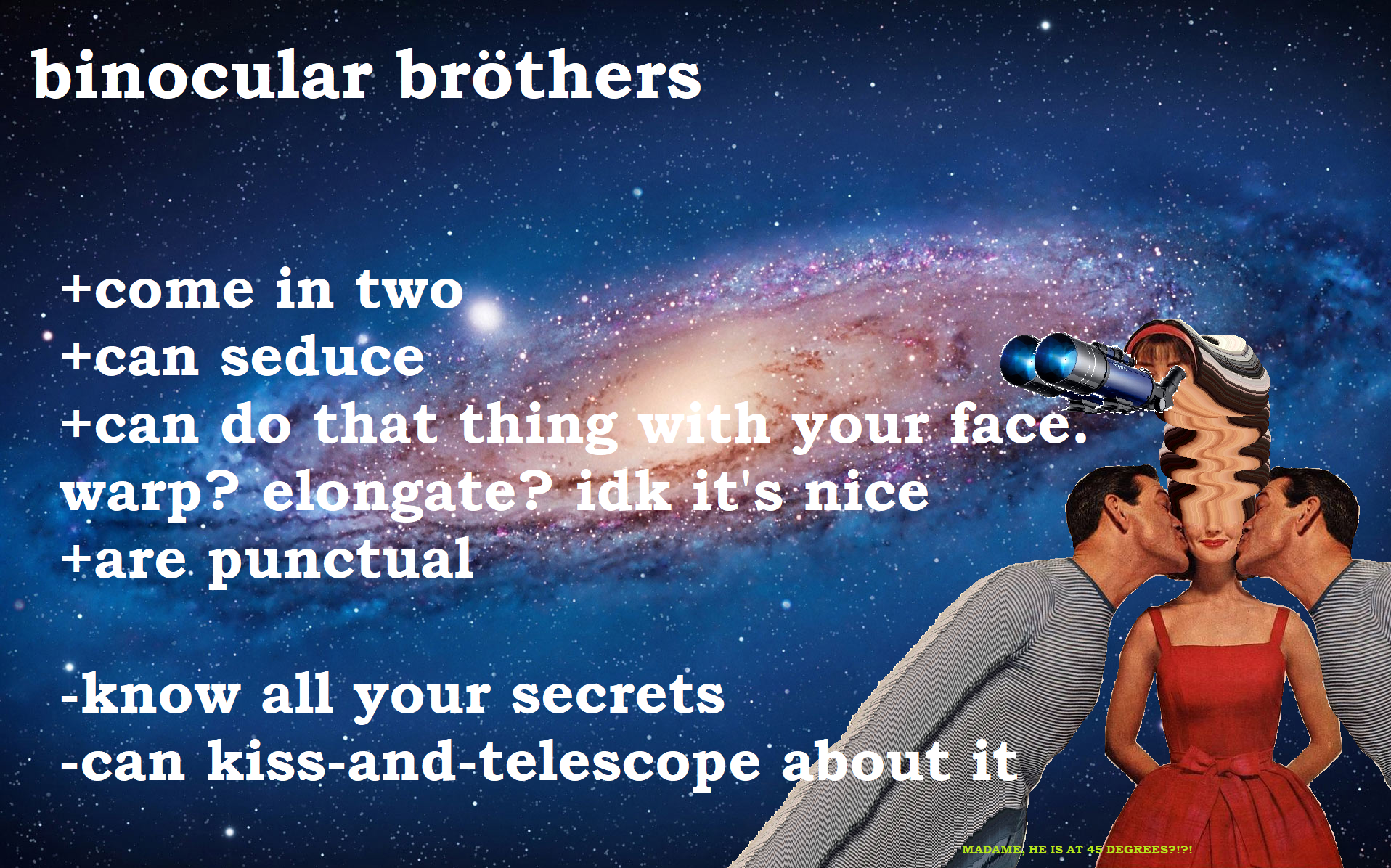