Diamondback Rattlesnake wakes up suddenly youtube.com/watch?v=qRW1-…
👍︎ 1k
📰︎ r/videos
💬︎
👤︎ u/schnorkel
🚨︎ report
We must never forget that once upon a time, WWF produced several Steve Austin shirts where his arms were giant rattlesnakes. Here’s one of them. 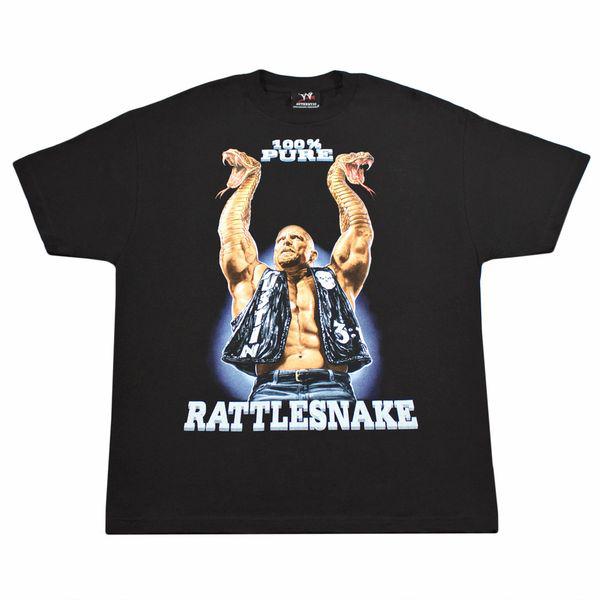 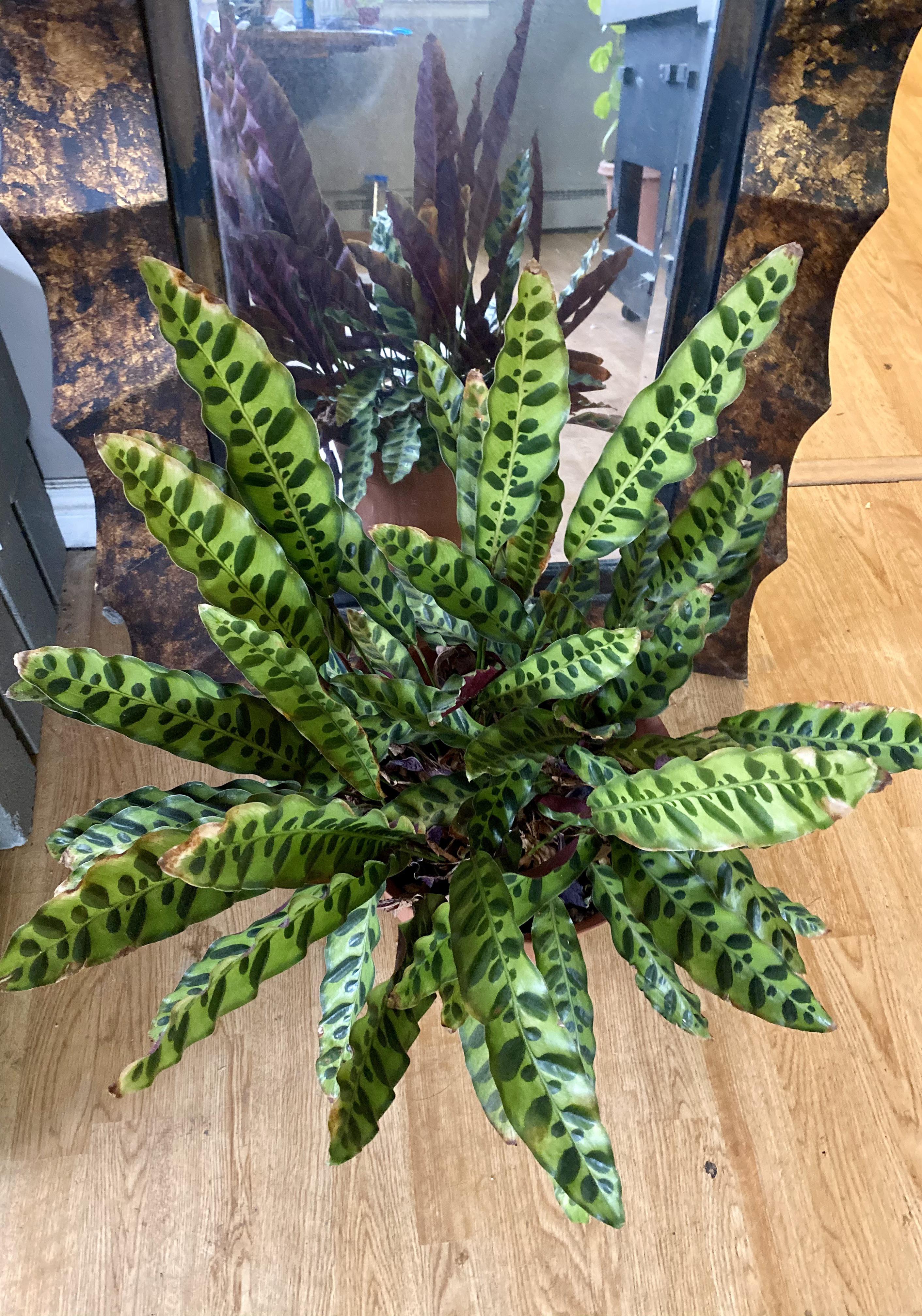 This is the true story of my childhood through adult years as I recount it. (Rattlesnake Road is an original name to a road that has since been changed. I used it to maintain anonymity)

I was born on Long Island, New York, and since I can remember, I have experienced strange occurrences. I was never able to sleep at night, and from a young age, I was always terrified of the dark. Yes, every child is afraid of the dark, but I was afraid for reason that I was unable to explain until later in life. There are a few stories while here, but I want to fast forward to when I was a bit older and things began to make sense to me.

My family purchased a second home and we moved to Colorado. We lived on a ranch, located at the top of a hill that fed into the Rocky Mountains. There wasn't much around us - a few neighbors, our barn with our animals, and thousands of acres of hilly and mountainous terrain that surrounded our family. There was a long dirt road that led to our property, Rattlesnake Road. It was a perfect shot of the scenery leading up to our small, three-bedroom home. It was quiet, peaceful, but the land was old.

I was about seven years-old at the time. This is when I began to understand what I was going through wasn't normal. Our home was small. It was a ranch-style house with a three-car garage, which took up half of the structure. The other half was built into the hillside, where you entered from the front. You walked into the living room and could see straight out of the back sliding door into the plains. In front of you was the kitchen, old with brick. Straight down the hallway started my room on the right, my brother's room followed that, and lastly my parents room on the left. The bathrooms connected, and were on the right as well, wrapping around to the back of the house.

I left the hallway lights on when I slept. I was scared to begin with, but something always felt as though it wasn't just our family there. One night, I was up and could not fall back asleep. My parents and brother were sleeping as well, which I could hear them snoring down the hall. My bedroom door was open and I was facing the hallway when suddenly, the pull string to my closet made a click, and the lights popped on. I could see the light making its way through the slatted shades of my closet accordion doors, and my heart began to race. They shut off.

The air in the room became cold...tense, almost as if the oxygen was being syphoned out. The silence set it, I couldn't hear

👍︎ 161
📰︎ r/Ghoststories
💬︎
👤︎ u/Devin_Paul
🚨︎ report
Hogtied a Bounty Hunter, dropped him in front of a Rattlesnake and it killed him! 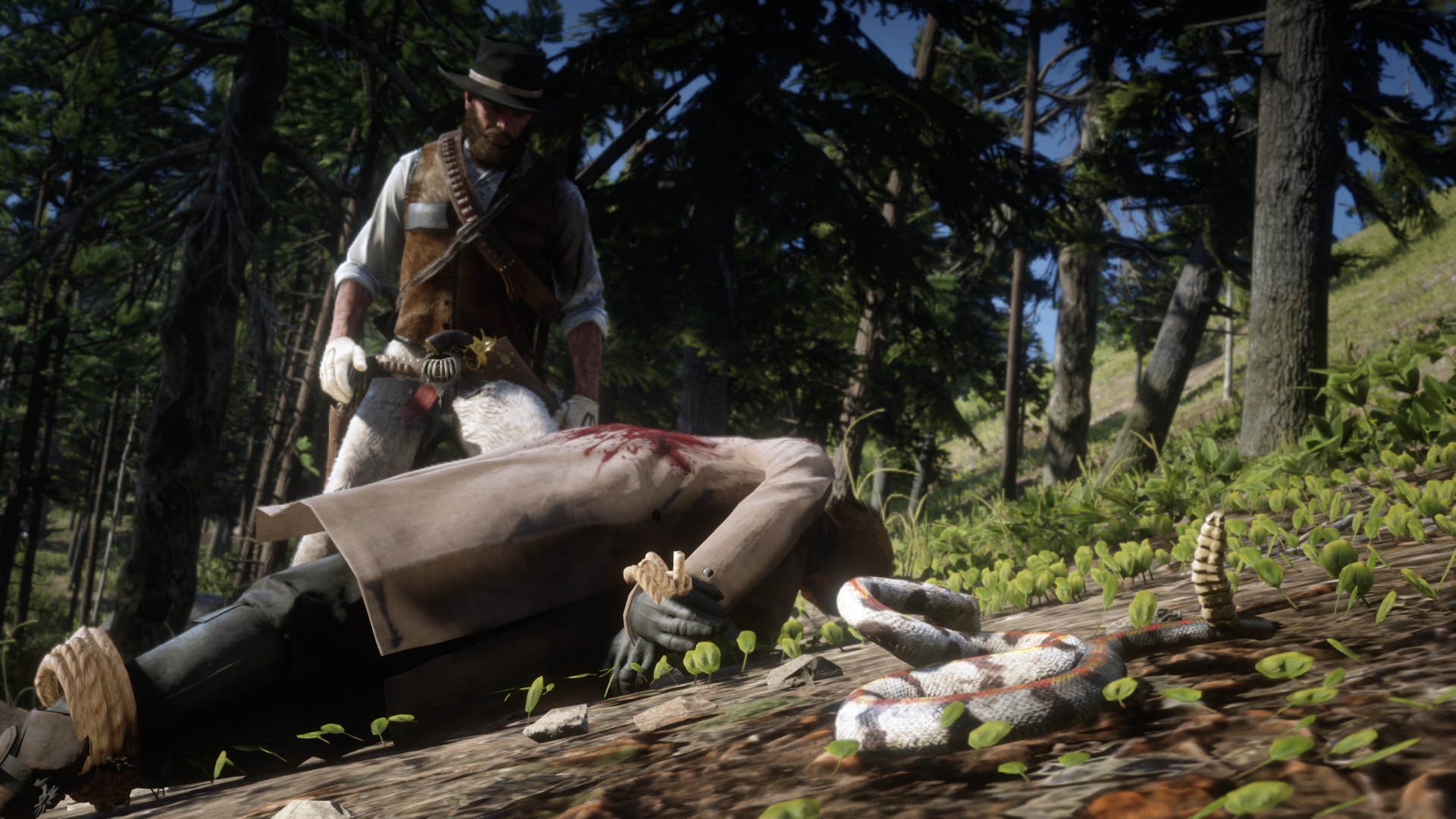 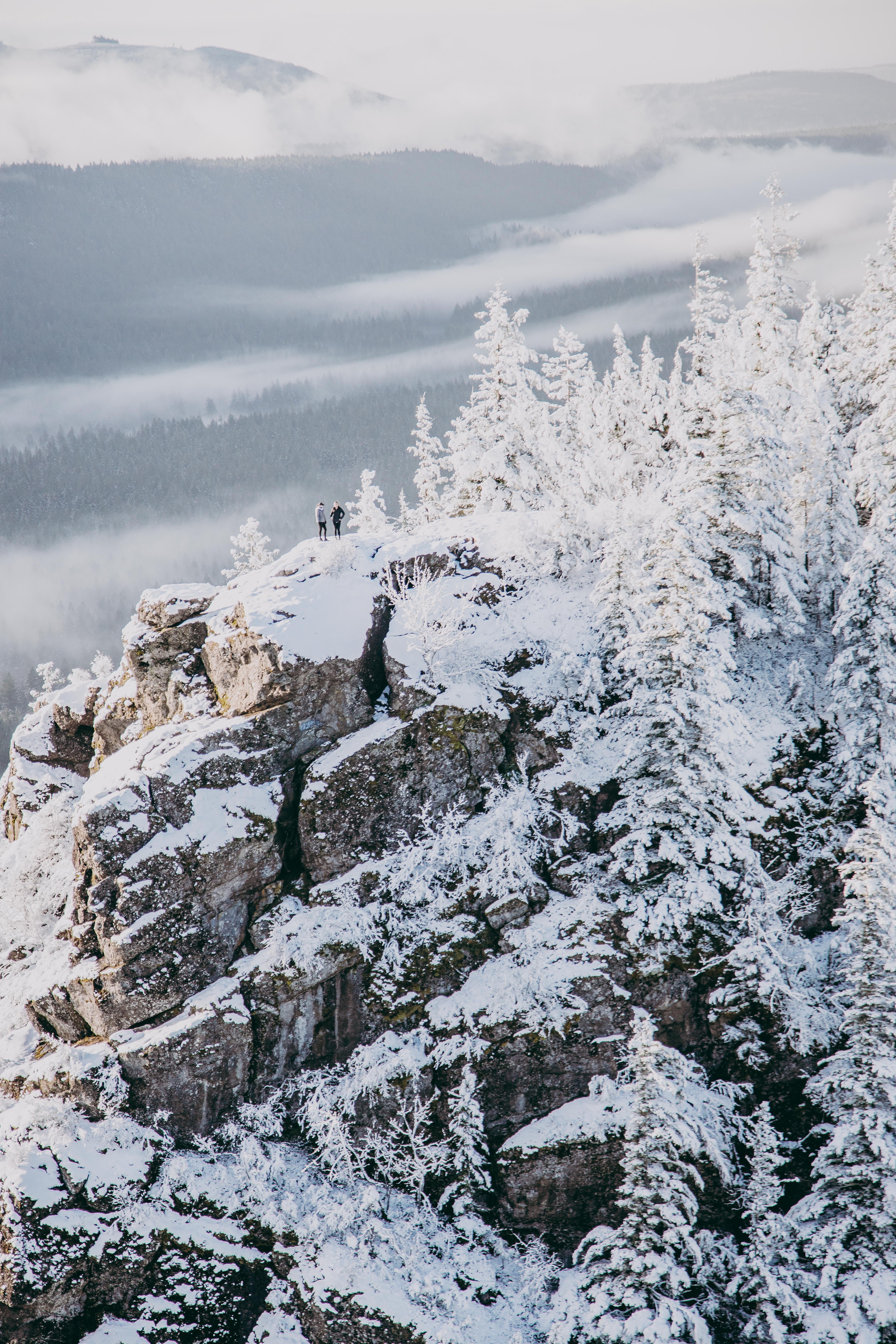 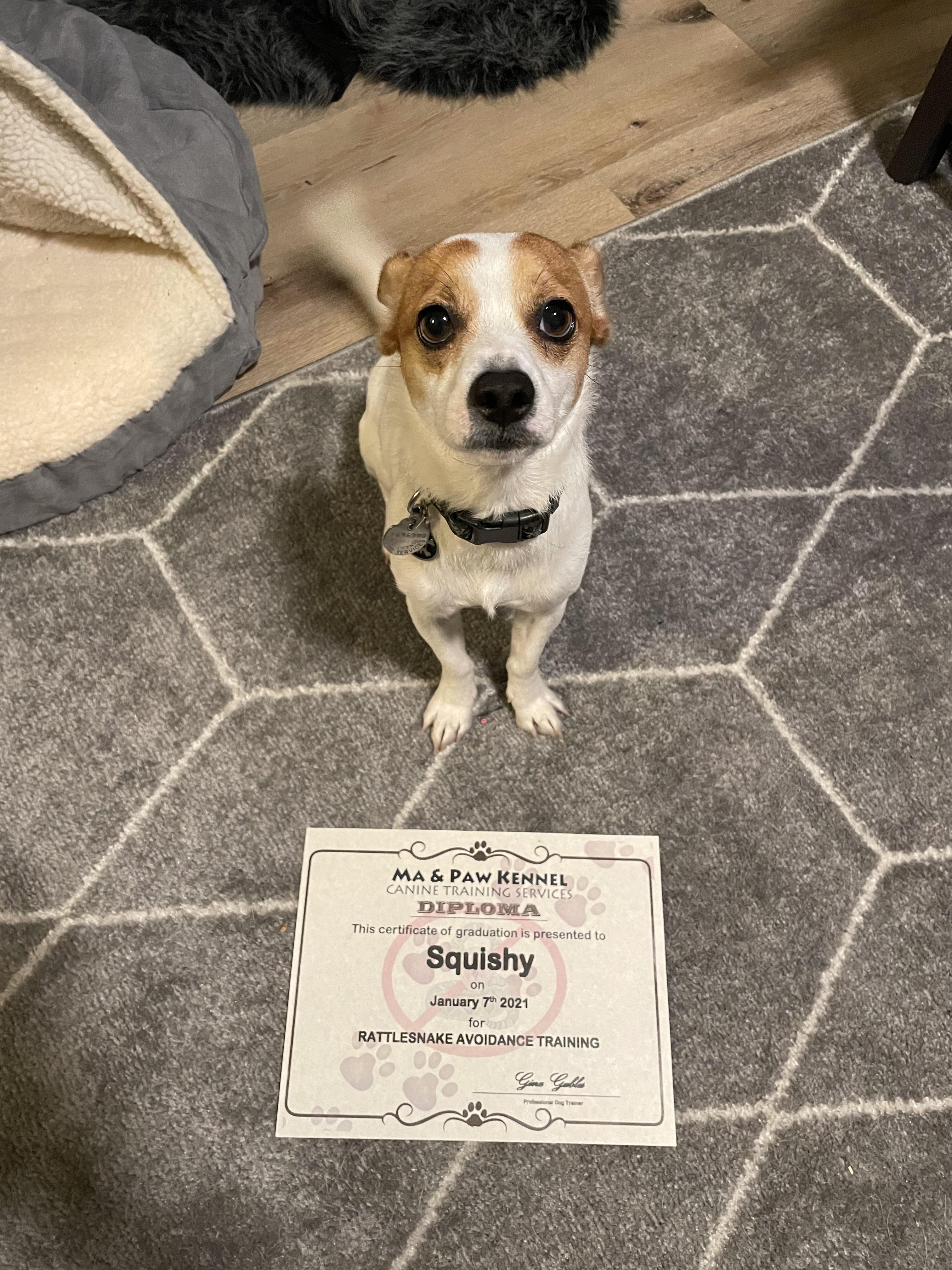 👍︎ 354
📰︎ r/socalhiking
💬︎
👤︎ u/lunaboro
🚨︎ report
TIL a Texas man nearly died after being bitten by a rattlesnake that he decapitated with a shovel. The snake's head bit down on his hand, 10 minutes after being removed from its body, after he reached down to move it with a stick. rd.com/article/the-snakes…
👍︎ 689
📰︎ r/todayilearned
💬︎
👤︎ u/bawledannephat
🚨︎ report
[Task] Need photos of Rattlesnake Springs, New Mexico

Hi everyone.
I am currently doing research on some algae located in Rattlesnake Springs, New Mexico. Due to the fact that it's a 6-hour drive, I am looking for someone from that area to help me out and take some photographs of the spring for me.
To be specific, I need a minimum of 4 photos taken. 1 from each side of the spring. I also need the photos to be up close, as I need to be able to see what algae are residing there. The more photos the better. Pay for this task will be $10 through Paypal, but if need be, the price is negotiable.

Edit: I need them recent, and dated please 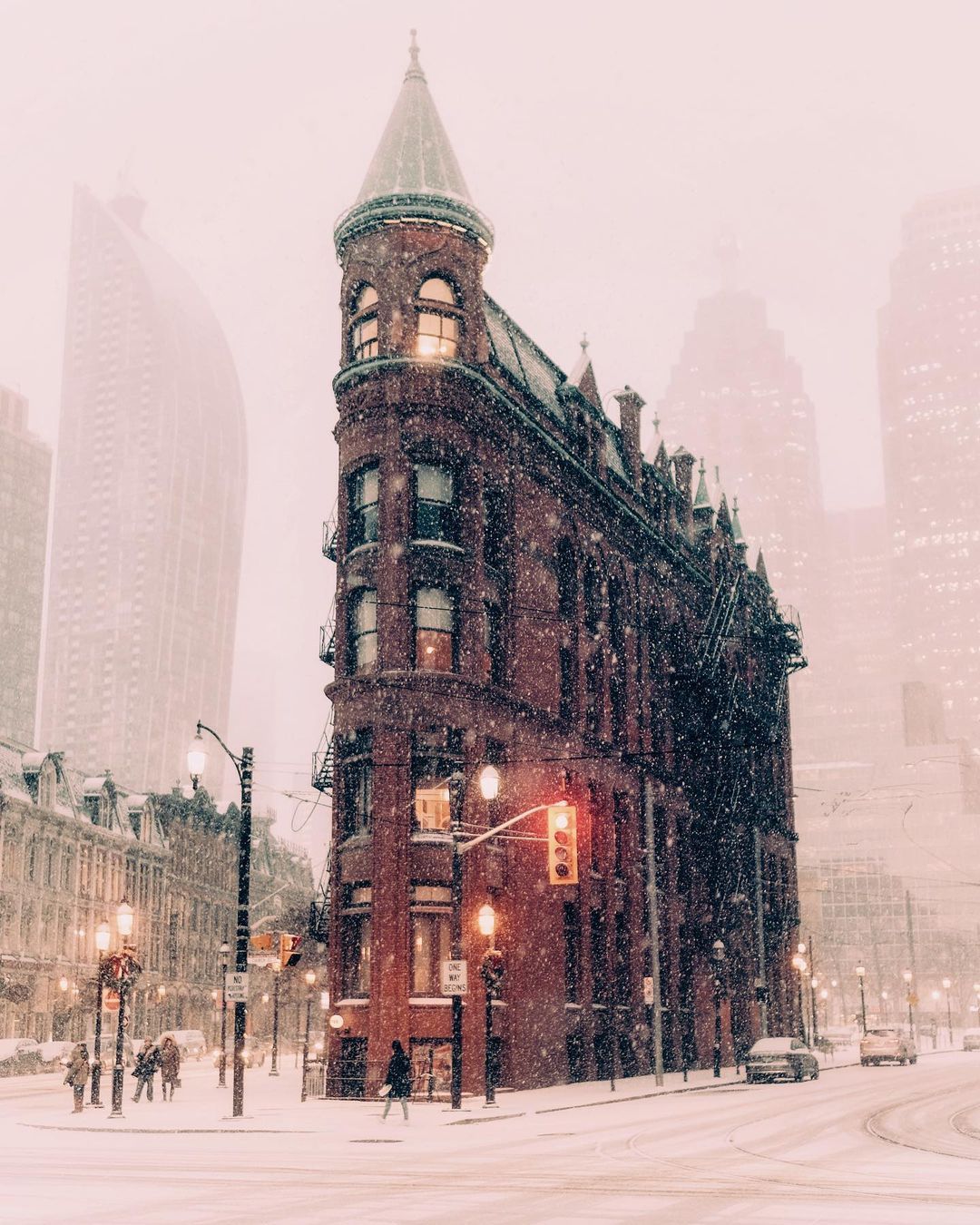 Rattlesnake Jake is a mercenary and living legend in the west, nicknamed the grim reaper because he never leaves without taking a soul with him, he was called by tortoise John to kill Rango, but at the end he gets betryed by the former so he takes his soul instead

* Lifts Beans, then almost kills her by constricting her

* Quickly disappears into the horizon

* Notices a trap even though it just looks like a bunch of stone and wood planks, but he ends up stepping on it because gets distracted by a sniper

* Shots a sniper at long range

* Shots a wooden sign from far away, filling it with holes

* Can pick up objects and manipulate them easily

* Just like any other diamondback rattlesnake Jake has a powerful poison

* Intimidates Rango into confessing his lies, Rango was able to keep his cool in this situation

* Despite being a viper, Jake has an excellent sense of hearing 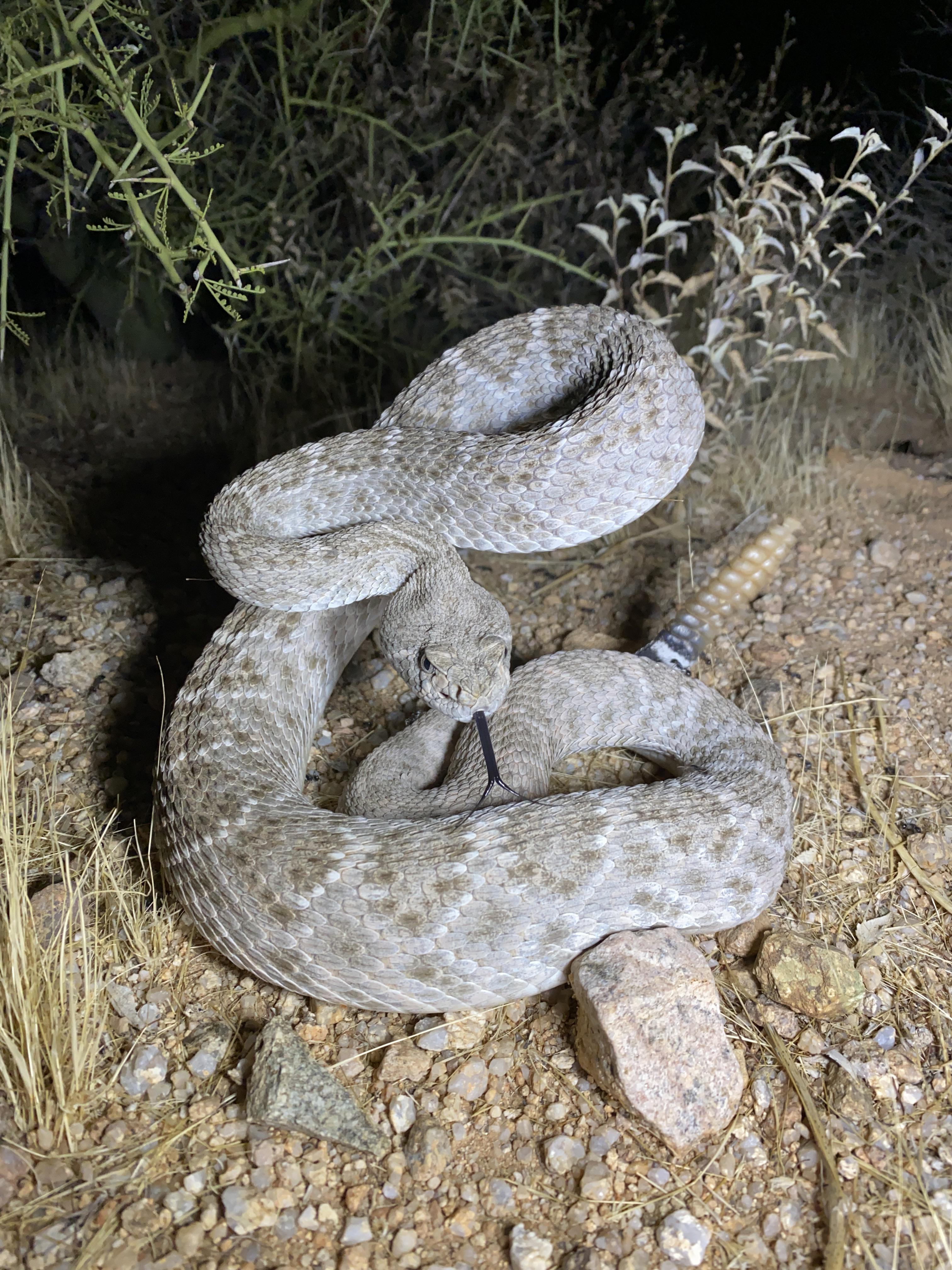 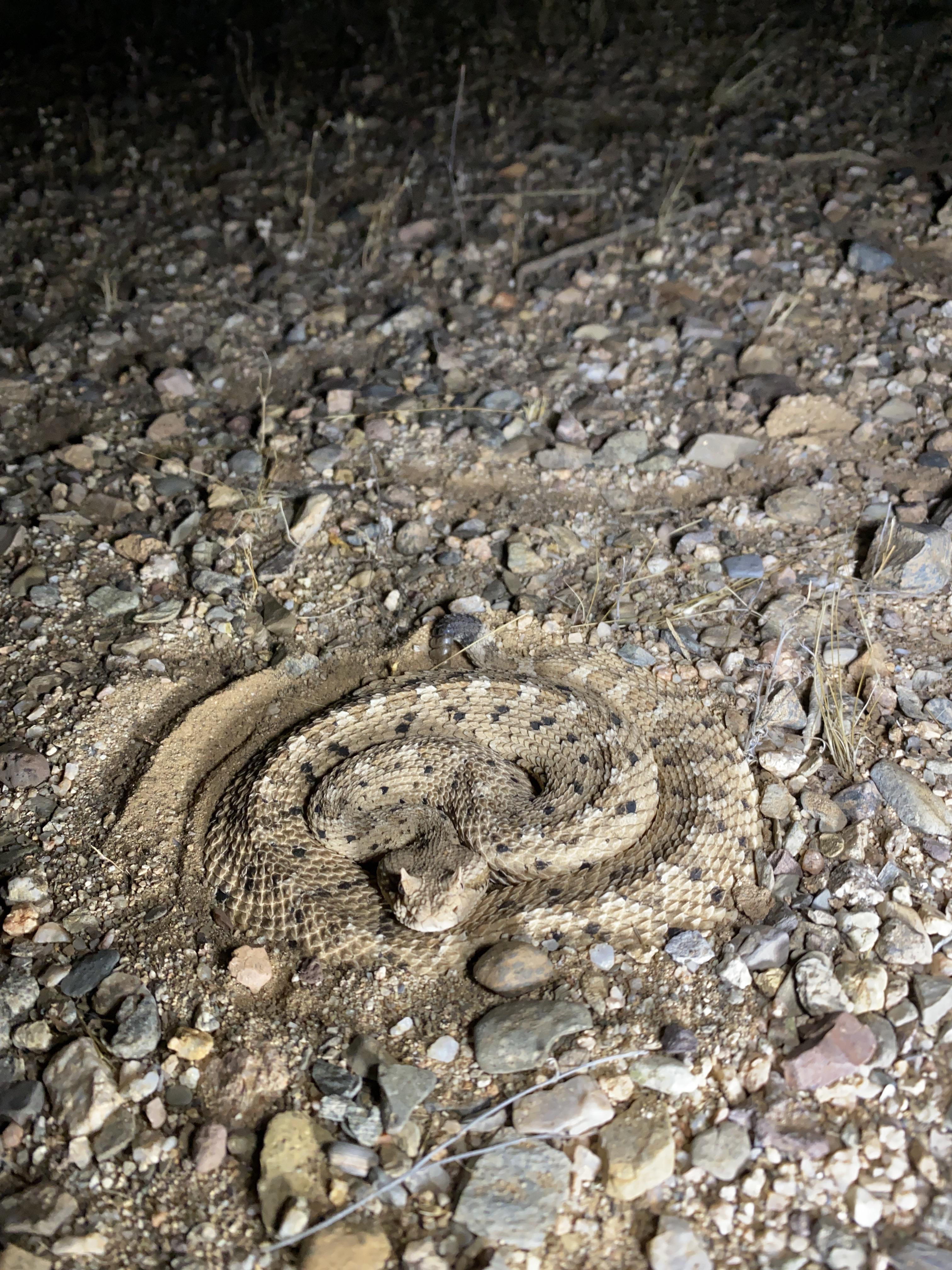 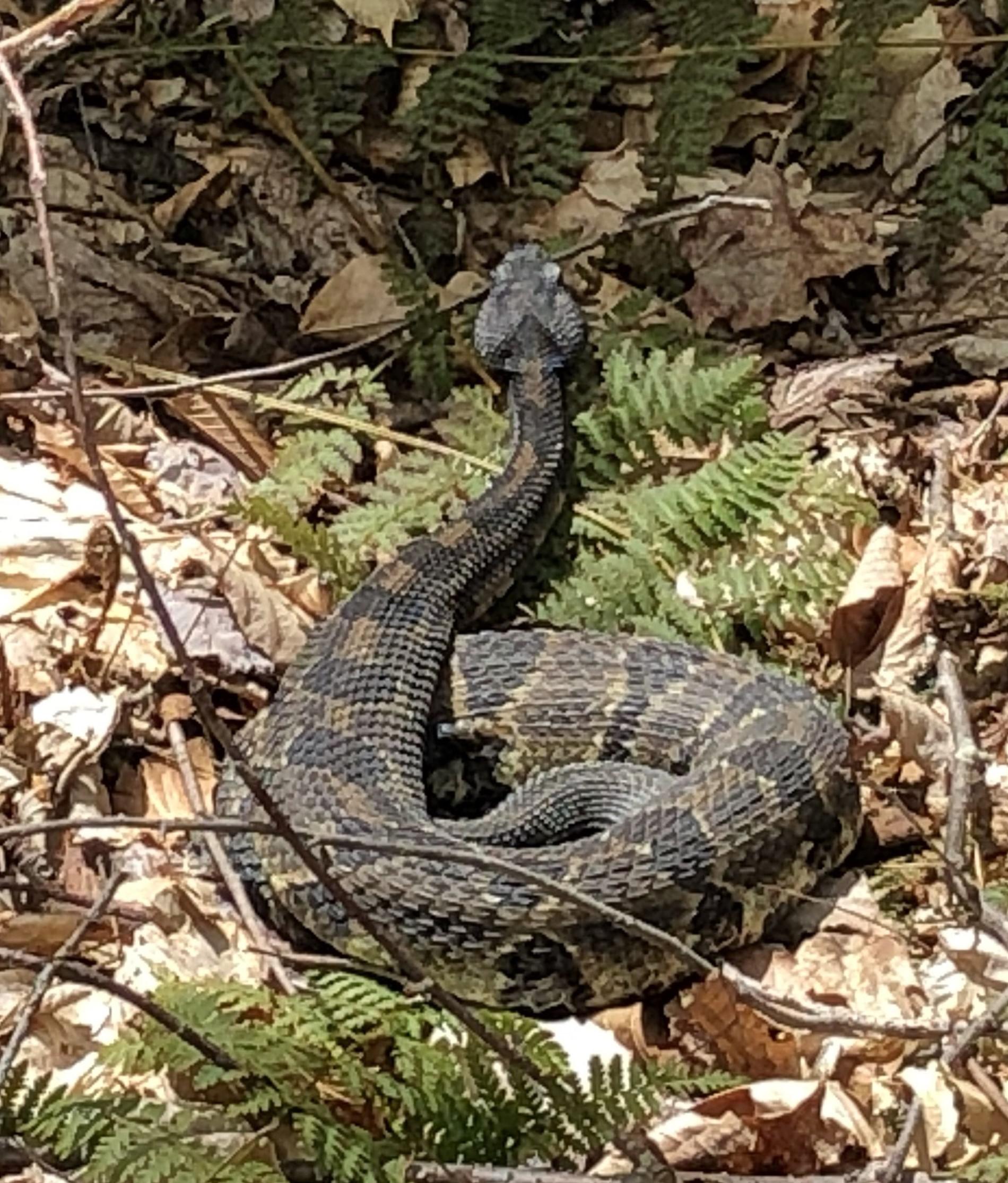 👍︎ 149
📰︎ r/PAWilds
💬︎
👤︎ u/Ohiobo6294-2
🚨︎ report
Do you know what a rattlesnake sounds like v.redd.it/a4xj29ef5xe61
👍︎ 37
📰︎ r/kingcobrajfs
💬︎
👤︎ u/McPoyleBrothers
🚨︎ report
This is what a rattlesnake den looks like youtube.com/watch?v=zznhi…
👍︎ 57
📰︎ r/videos
💬︎
👤︎ u/seanmashitoshi
🚨︎ report
I finally got to see a wild rattlesnake in the Everglades 😇🐍🤞 reddit.com/gallery/l2ufm6
👍︎ 46
📰︎ r/Miami
💬︎
👤︎ u/Soyohwehttam
🚨︎ report
I found this beautiful Black-tailed Rattlesnake! He was out on the move just before sunset. 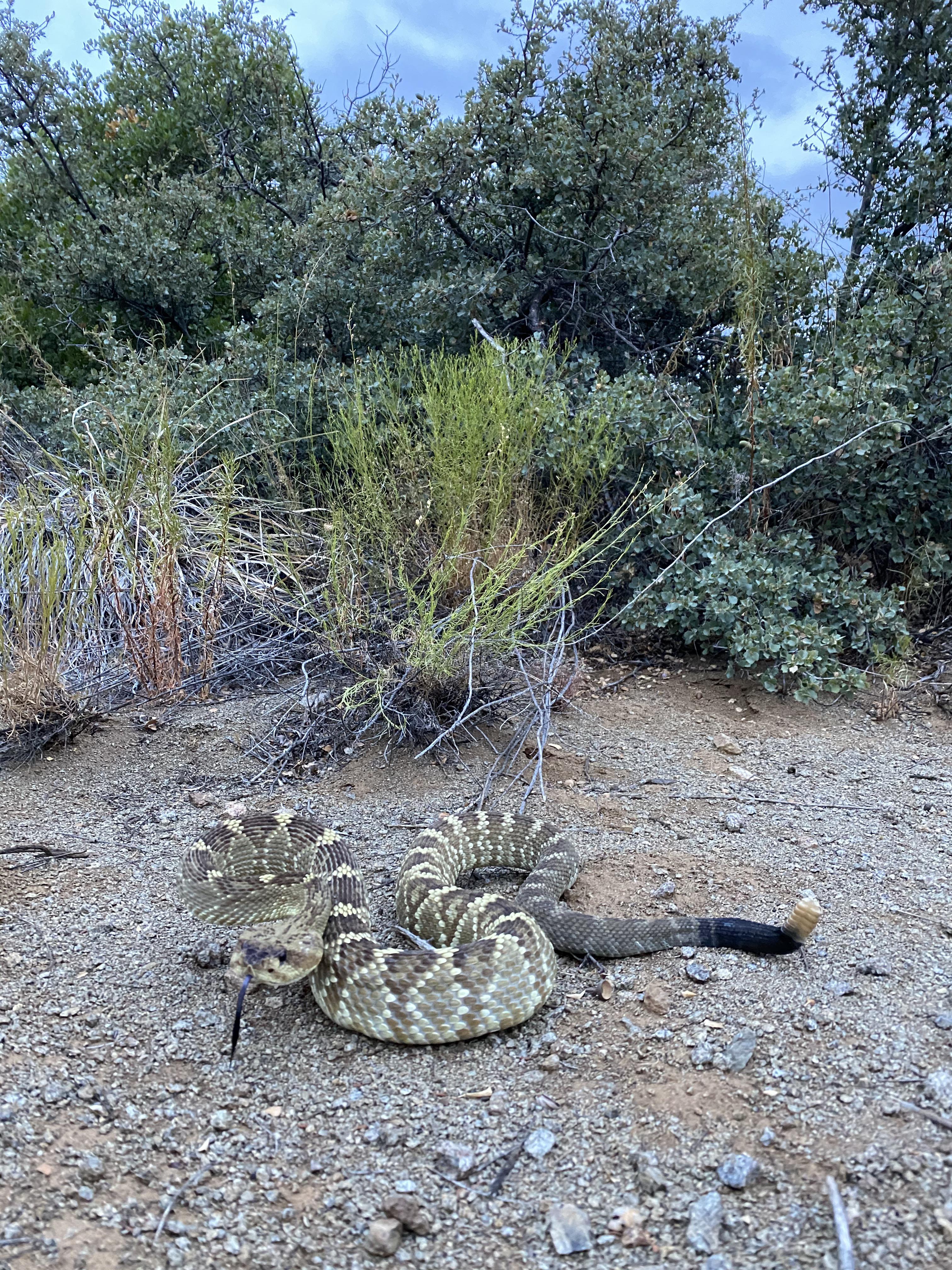 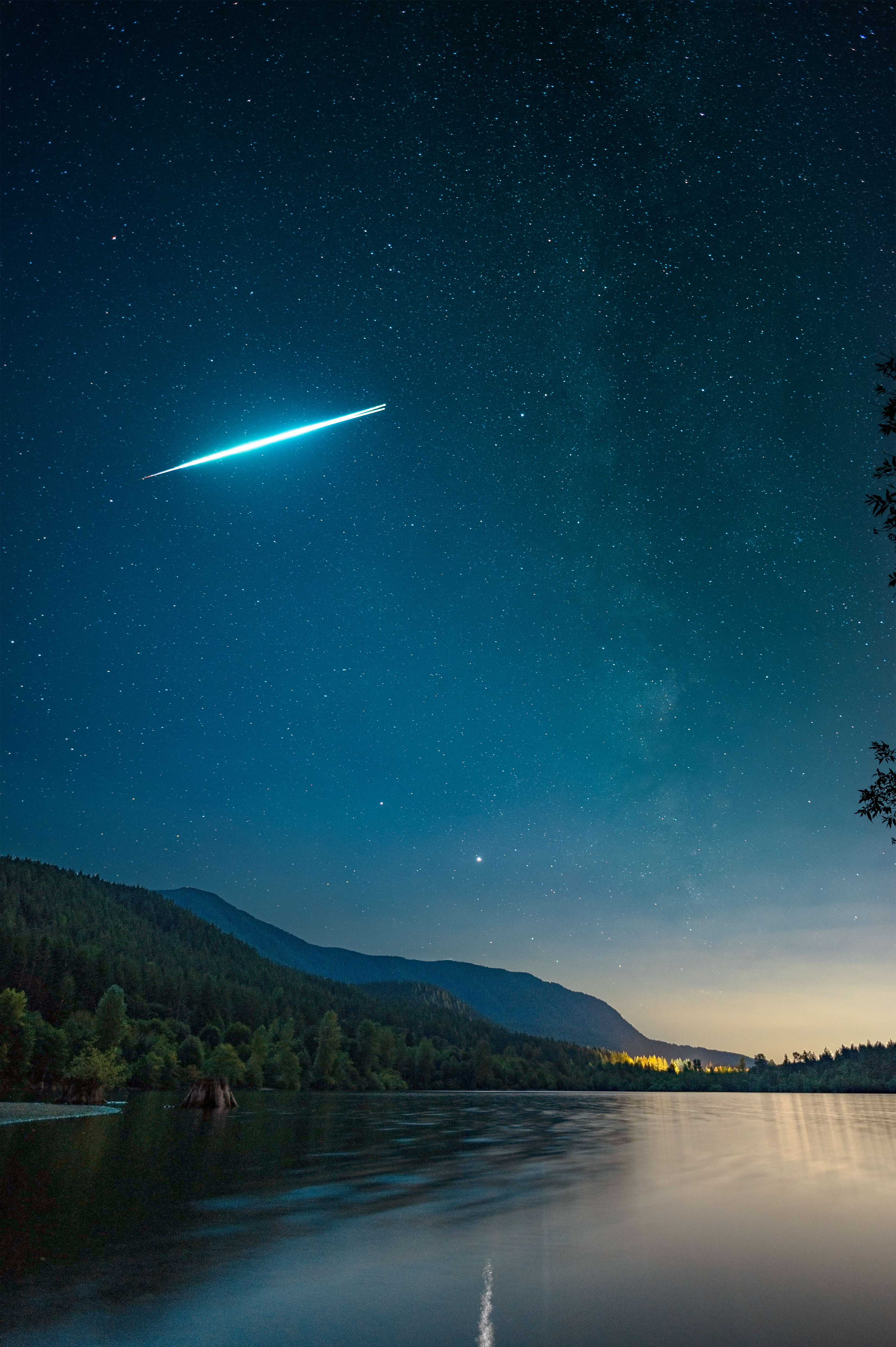 I don't recall who coined the word and when, but the term "rattlesnake" is often used to describe cards that deter others from attacking you. Like a menacing rattlesnake coiled and waiting to strike back at anybody who gets too close, these kinds of cards are meant to dissuade possible attackers as they survey the board to determine who they should swing at. When they look in your direction, they see your coiled rattlesnake, decide it's not worth taking the trouble, and attack elsewhere.

I'm working on a [[Saskia the Unyielding]] deck where all creatures on the board are compelled to attack via goading and other methods, and I'm looking for some strong rattlesnakes that will steer my opponents elsewhere.

Some examples that come to mind are [[No Mercy]], [[Lieutenant Kirtar]], [[Michiko Konda, Truth Seeker]], and [[Mystifying Maze]], but I think other cards that discourage others from attacking you such as [[Ghostly Prison]] would fit the bill too. Also, if you have any cool blue rattlesnakes, feel free to share those to for the benefit of the overall discussion.

I suppose on the other side of the coin, rather than deterring your opponents from attacking you, I would also be interested in some of your pet cards that incentivize players to attack others who aren't you. Cards along the lines of [[Curse of Opulence]].

Thanks in advance for your recommendations!

👍︎ 9
📰︎ r/EDH
💬︎
👤︎ u/socialPsyence
🚨︎ report
"Way all around in the land of traitors! Rattlesnakes and... Beavers?" 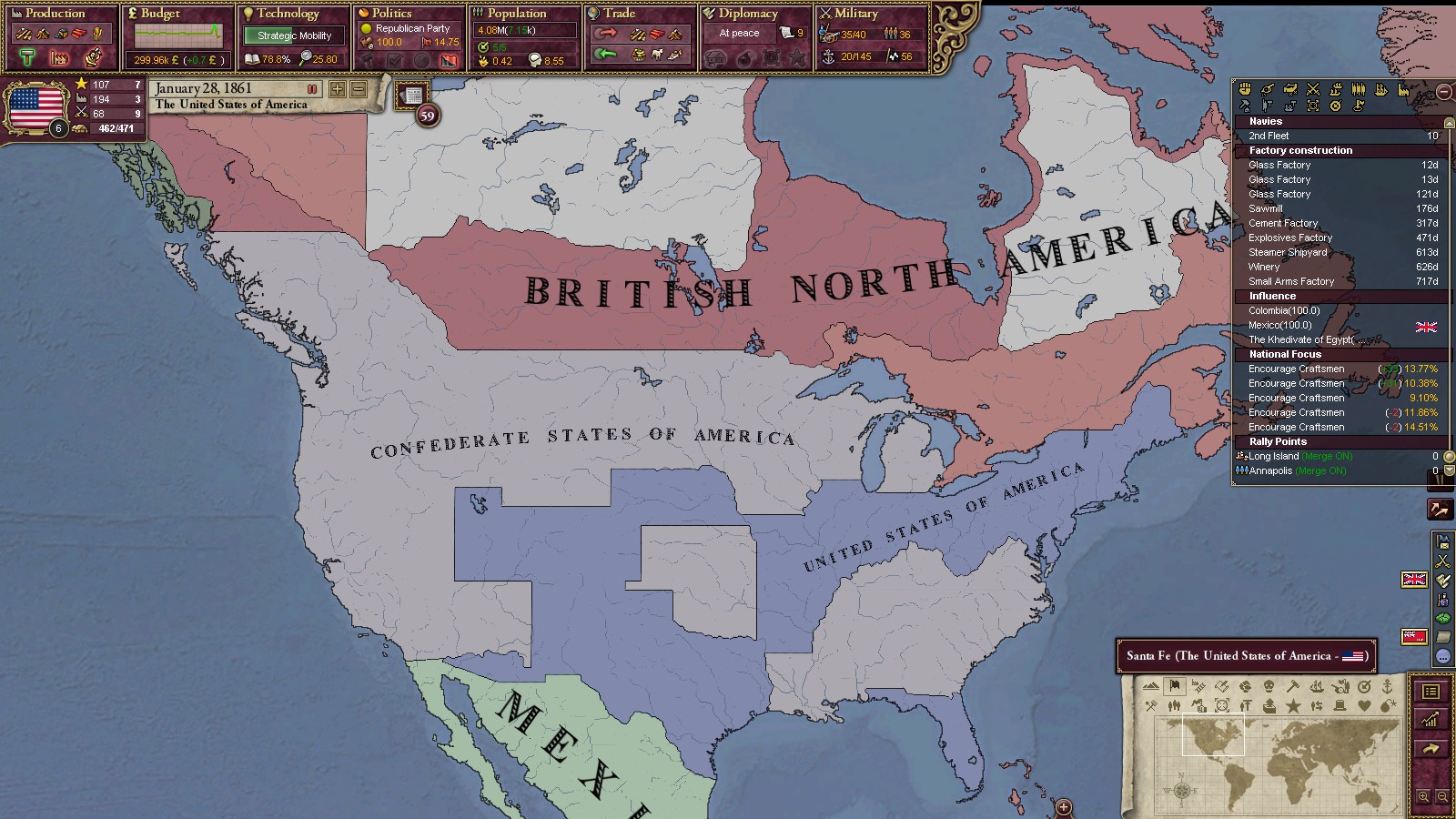 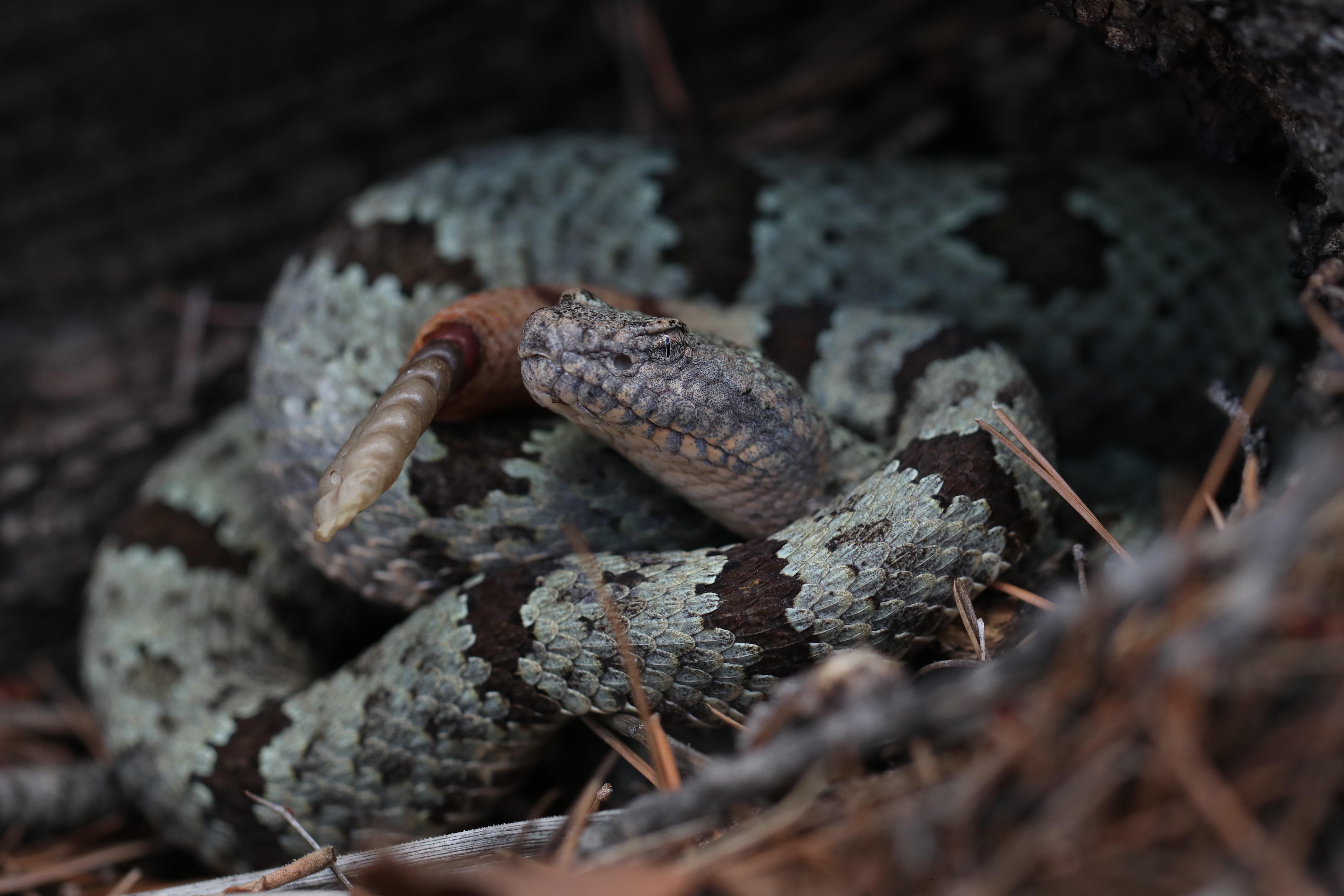 I just got tickets for the March 14th cup series race for Rattlesnake Hill. Has anyone here sat there before? Was it loud? (Taking my wife and 2yo) Could you see most of the track? Oh most importantly, could you smell the race fuel?!? Thank you! 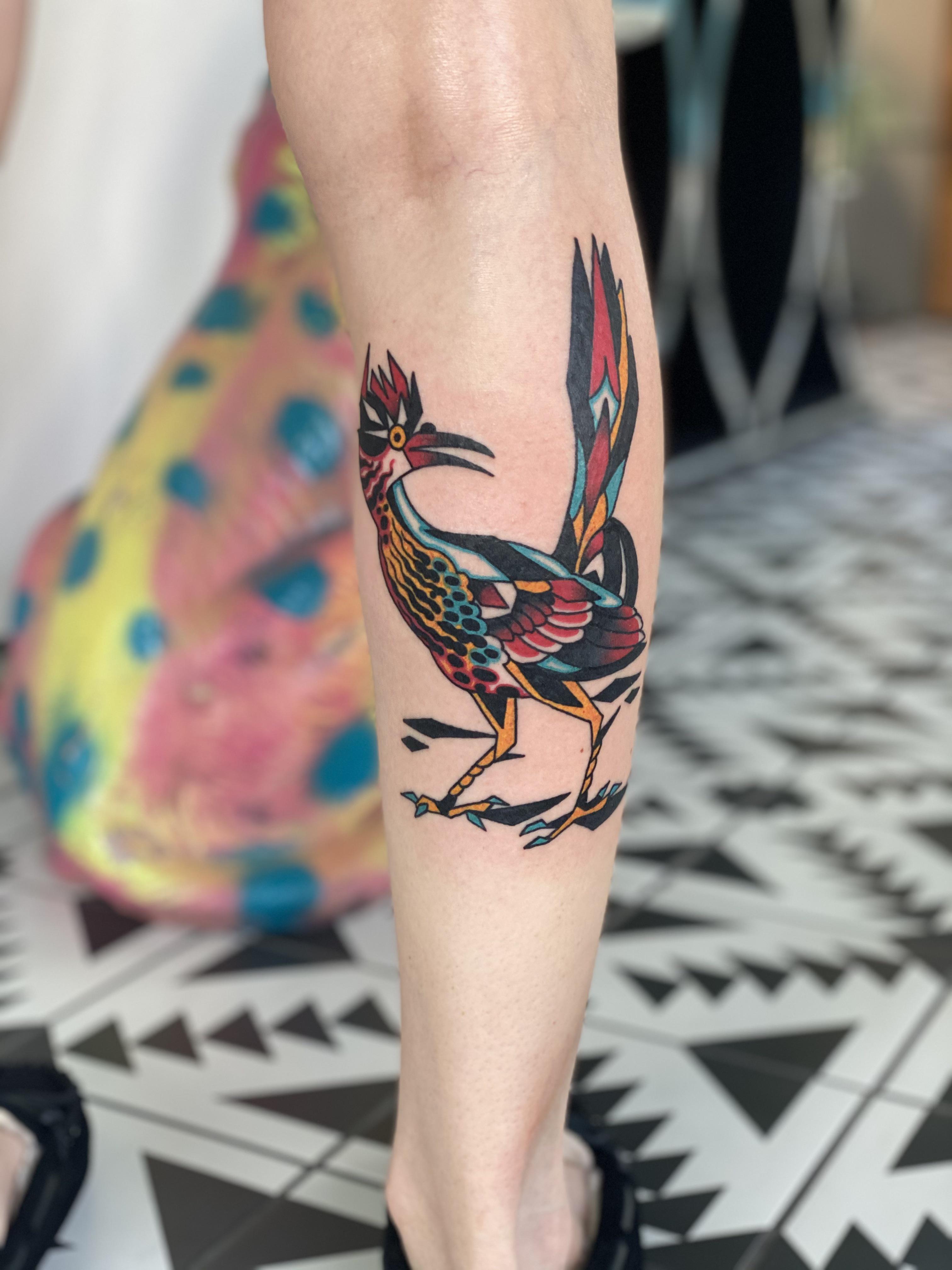 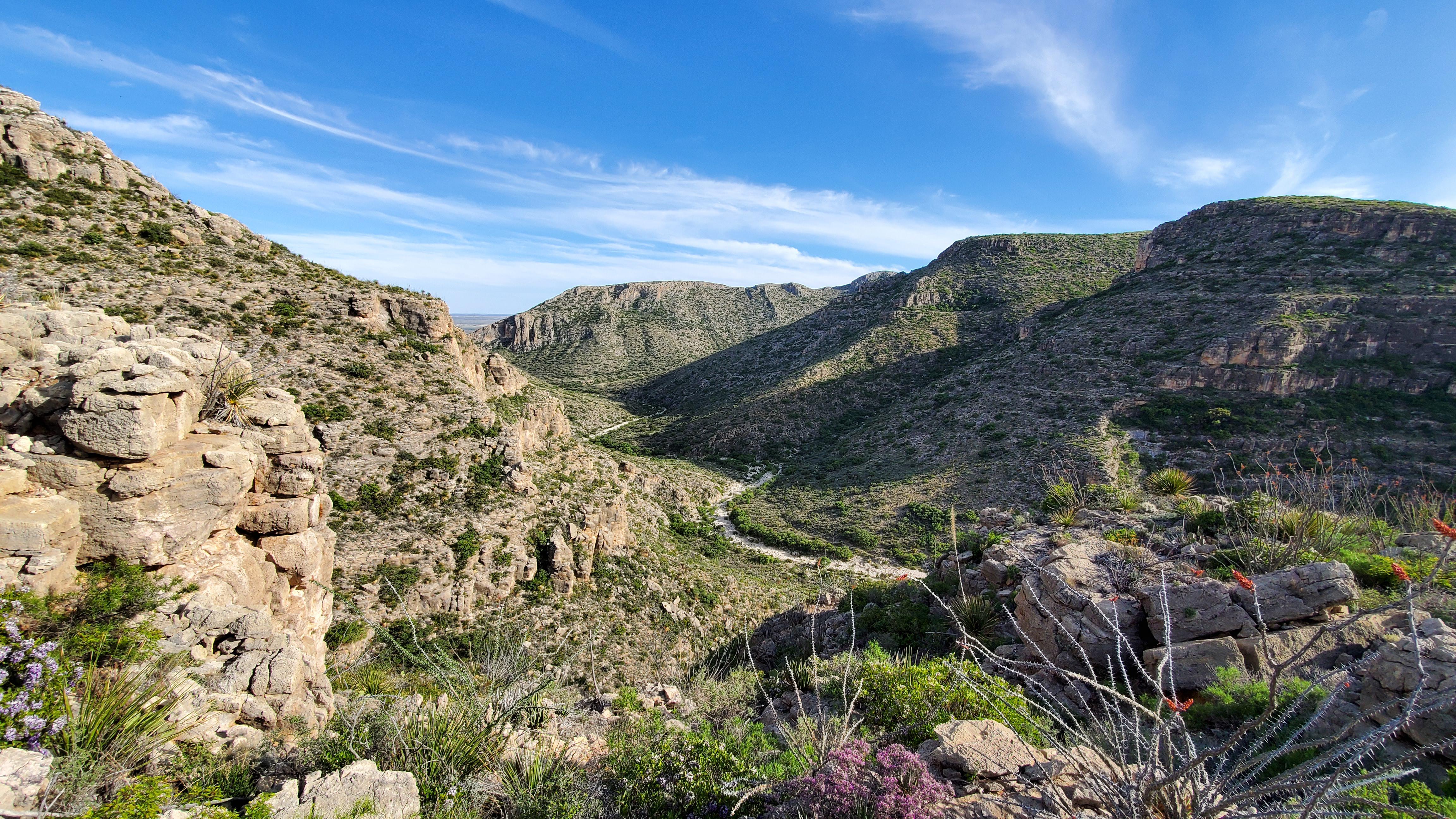 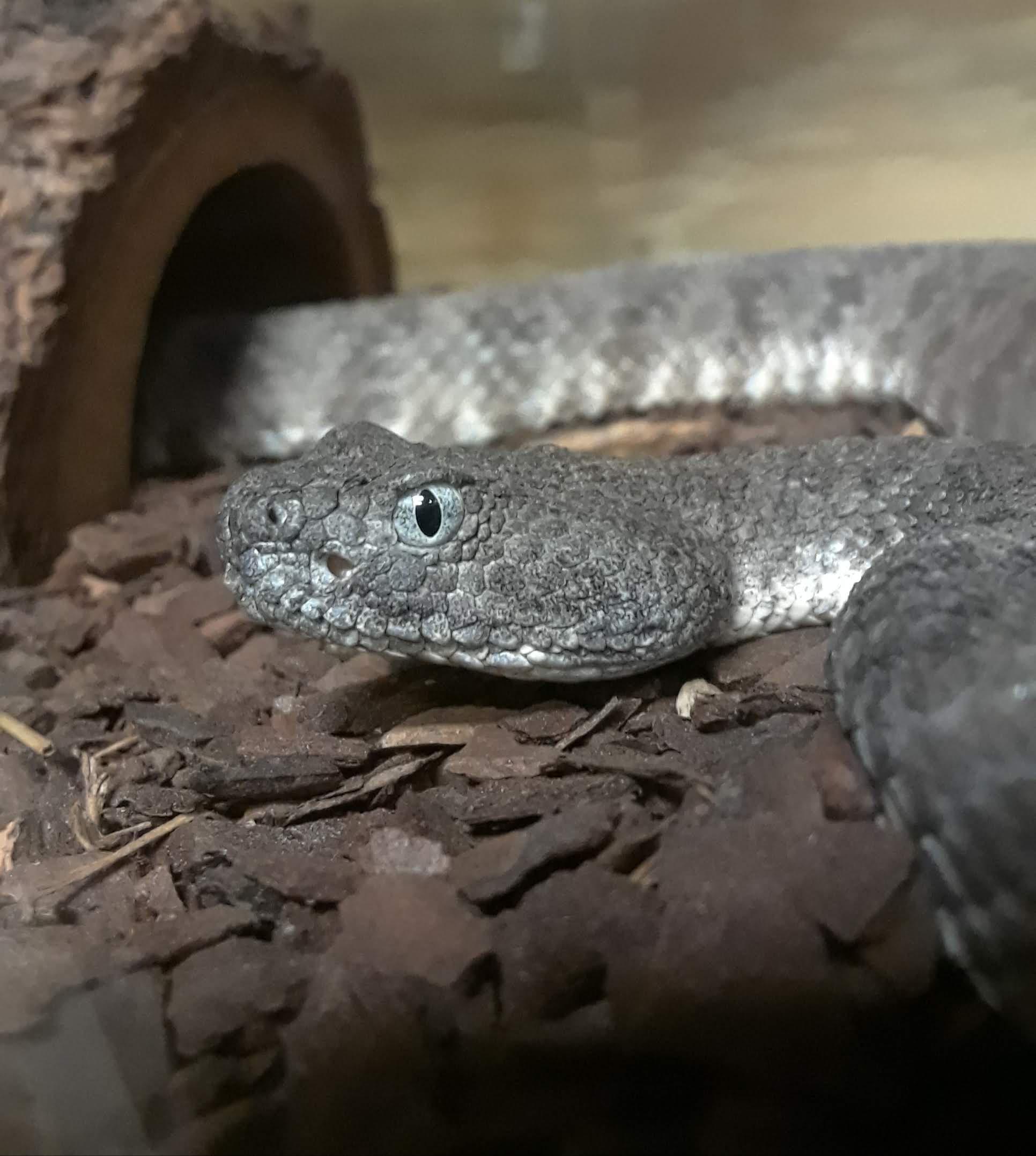 This is the true story of my childhood through adult years as I recount it.

I woke up the next morning as if I was walking in a dream. Everything I saw had some sort of a glowing aura to it, but it wasn't something that was comforting. In fact, this was the first time I can recall feeling anxiety - that cold feeling that starts to drip down your body and creates a pit sensation just under your sternum.

My mother was in the kitchen making coffee, and I remember her reaction to me as I turned the corner around the attached kitchen island. Our interaction was surface-level. She looked at me as though something was off with my demeanor, but didn't seem to think much of it. I remember sitting down at our table and feeling...depressed. Sad. It was for no reason at all; nothing was wrong, I wasn't in pain, I was sad. I believe that this was the point where I allowed myself to be vulnerable to whatever was around, whether good or bad, I allowed it to begin to nudge its way in.

I spent the next few days around our property helping out with the barn and spending time with my family. My grandparents shared the property with us, and had built a house on the plot just down from our home. My uncle lived with them at the time, which became very important to me through my younger years. I grew close with him, he taught me a lot of things that I hold with me to this day. The way I would describe him is someone who found himself during the Hippie Movement in the late 60's and really grasped that forever. He is kind, very articulate, smart, but blunt when the truth needs to be told. He studied ancient Native American history for most of his life, which made him very excited when we decided to move to the area that we did. Our property was Ute and Arapahoe land through time. We would hike around and find tipi rings, arrow heads, buried animals, and other artifacts that seemed harmless back then.

My uncle would tell me the history of our area. He claimed that where we lived and the surrounding land was sacred, and likely a burial ground in parts for whoever lived in the area many years before us. This was never confirmed, but I bet that it was true to some extent. I didn't understand the significance of these claims until I was in my teens when activity ramped up to its highest point. I was fascinated by the stories. I felt as though I was living through this history as well, and I believed that I could feel the past just by standing outside and looking through the hills.

What fits do you use for null sec ratting?