ILPT- Always Have the “Pullover Huddle” in Your Playbook if You Have to Deal With Law Enforcement! 🙏🗣🎤🎙✋🙏⬆️

One time, when I was about 15 years old, my friends and I were out on the hunt looking for some dope with one of my friends driving who had just got his license. We scored some shitty weed and headed back to my house to get high.

On the way back, we got pulled over. There were 3 of us in the car. We were young and dumb and weed back then was treated like cocaine or heroin. It was the mid Nineties and the “Drug War” was in full effect.

We were all nervous and as the two cops walked up to either side of the car, my friend quickly throws the weed under the drivers seat from where he is sitting in the backseat trying to either push the blame on the driver or conceal it. Bad idea either way. Now I know it should have been in the stash spot immediately, not in someone’s pocket - but again I was young.

Then without hesitation, the first thing the cops did was ask us to step out if the car. This could have been because one of us was black, we wore baggy music and had an NWA tape playing, but nonetheless we were quickly out of the car.

Then they did what they always do (now you’ll want to give me your attention). They separated all 3 of us just far enough away from each other that I couldn’t clearly hear the conversations happening with my other friends. I could just tell they were talking to us one at a time.

When it came my turn, they first quizzed my other two friends at the same time then they spoke with me together.

The simply asked me “So buddy, (they love bud, buddy, friend don’t they) where are you boys headed”? I thought quickly and answered something to the effect of “Home Sir”.

Then he said “Where did you youngsters just come from, so late on a school night?” I said “We were just came from another one of our friends houses”.

Then the two cops talked for a few seconds, asked us all to stand front of their police car and put our butts on the hood of the car.

I didn’t know this at first but the driver had told them they could search the car already because he thought that my other friend had the weed on his person. He was also young and was easily coached into denying that there were weapons in the car and that they could check.

Later I learned that not just me, but all three of us told them we were going to my house. Unfortunately, all 3 of us said we were coming from somewhere different. As soon as the cops catch you in a lie (which is the whole point of the 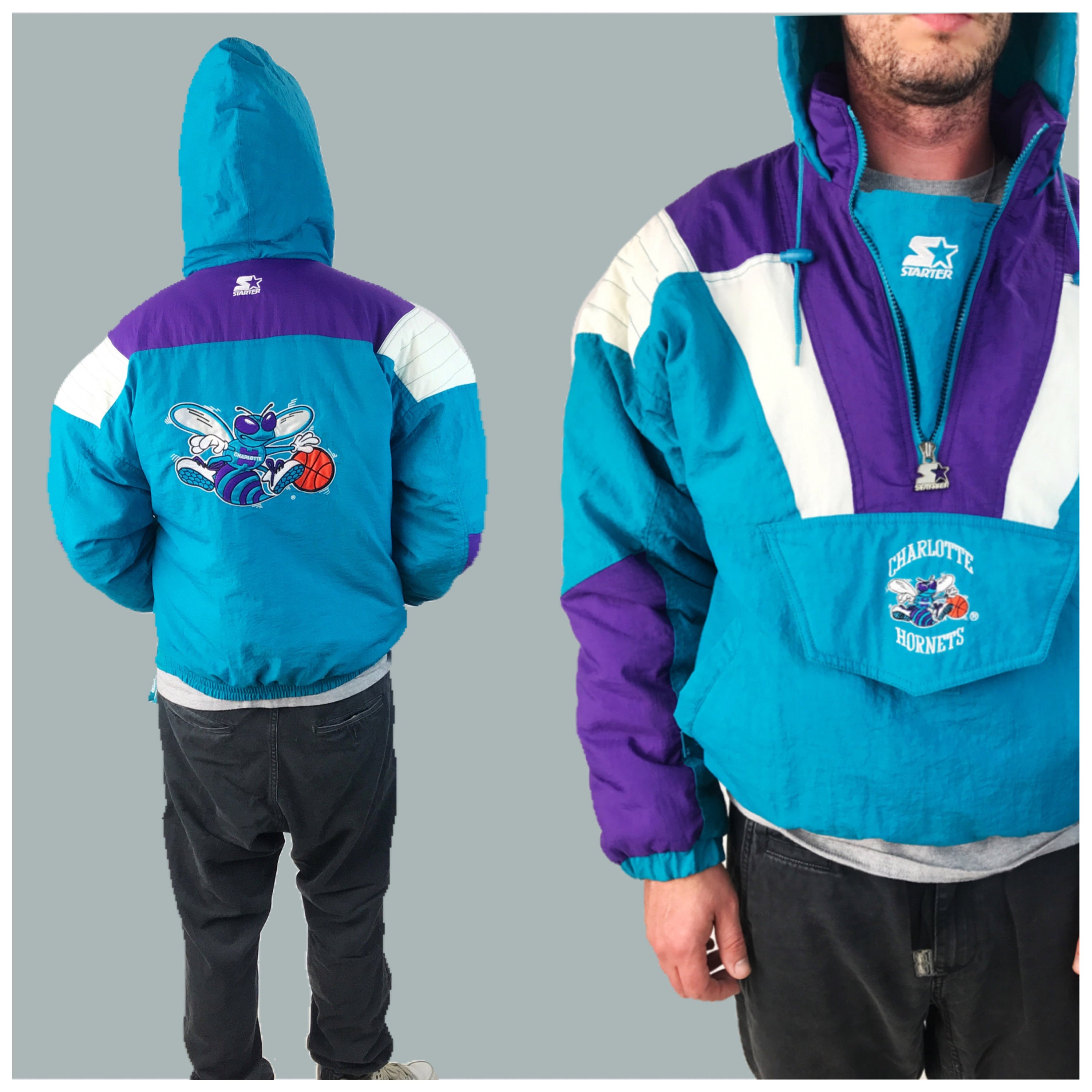 👍︎ 218
📰︎ r/de
💬︎
👤︎ u/mysubredditmanager
🚨︎ report
Finished my new pullover! Absolutely love the colour and it will fit my velvet skirts nicely. I have a habit of giving a nickname to my knits, so this is the croissant pullover. 🥐 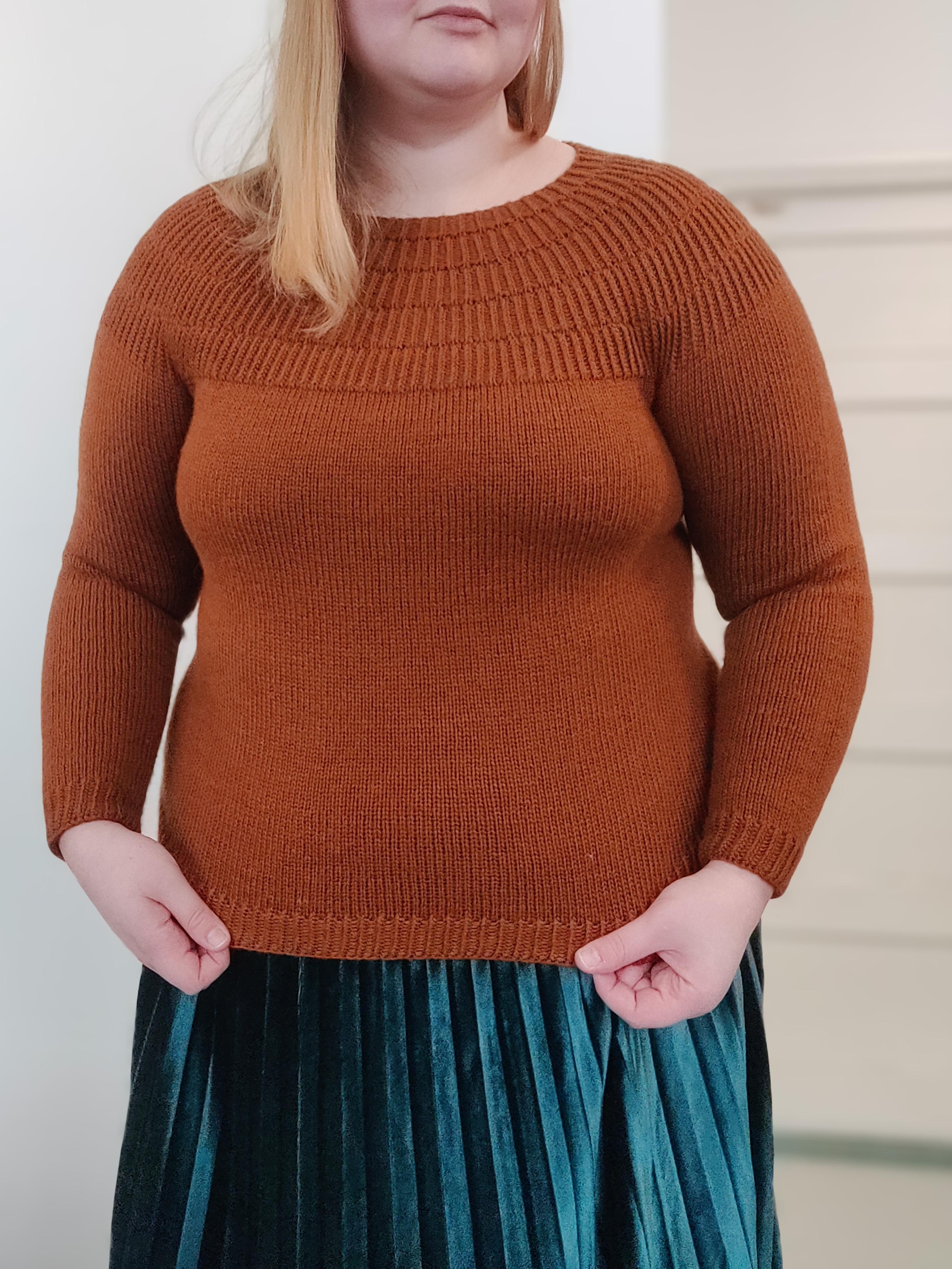 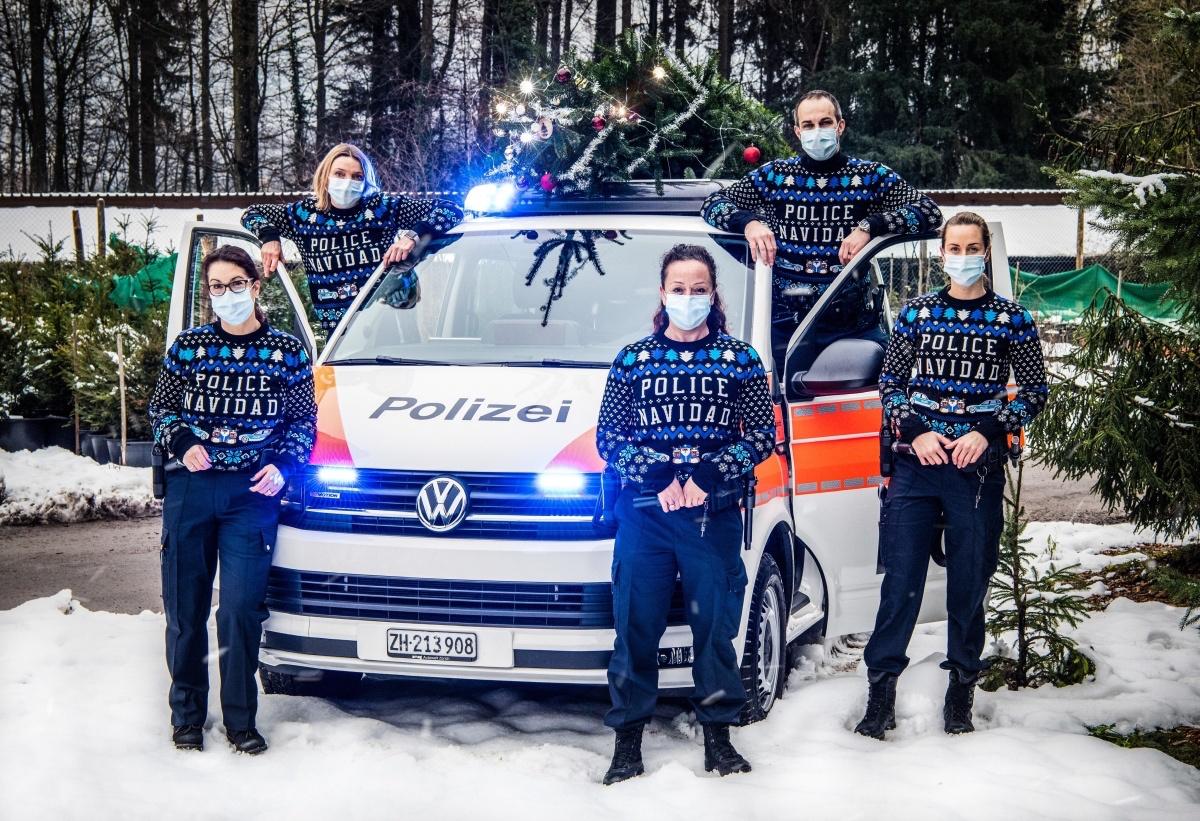 After already being impressed with the warmth-for weight and bang-for buck of Decathlon's MH500 fleece (https://www.decathlon.co.uk/p/men-s-mountain-walking-fleece-mh500-s8/_/R-p-307880), I was happy to find out that Decathlon makes an even better version, which very closely mimmicks the Patagonia R1 fabric (grid fleece inside, smooth outside for layering) and adds thumb loops!
https://www.decathlon.co.uk/p/techwinter-500-long-sleeved-men-s-hiking-t-shirt/_/R-p-11847

I couldn't find this fleece on the Spanish Decathlon website despite finding one in blue in my local (Tenerife) Decathlon, so YMMV when it comes to availability. The chest pocket is glued on and can be easily removed with some acetone. As always with Decathlon stuff it's a good idea to size up, I had an R1 Hoody in size medium and need at least a large in this, I went for an XL for a baggier fit and very long sleeves.

I don't have a scale to weigh the trimmed down version, but according to Decathlon the large weighs 250 grams (8.82 ounces) which seems very reasonable. Breathability seems on par with an R1, warmth could be a bit less but I currently don't have a way to put them side by side so I'm not entirely sure.

I paid 17 euros for mine and it was discounted from 20, but as you can see on the UK website it can be even cheaper than this. 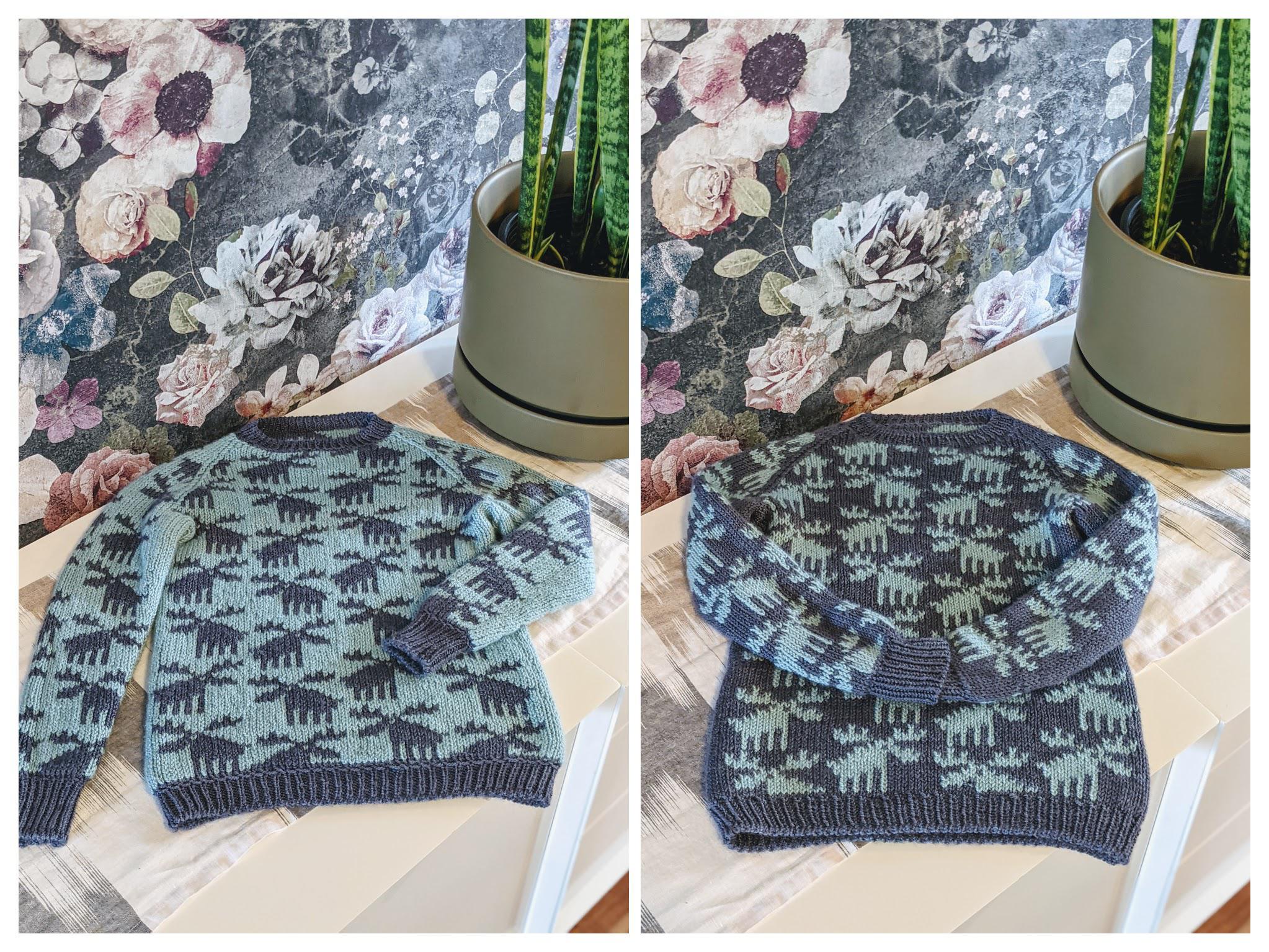 I know it's especially weird with zip-up hoodies where your skin touches the cold zipper, but that is 100x more comfortable to me than wearing a shirt under my sweaters. Also, no my shirts or sweaters aren't too tight or too loose. Thoughts?

👍︎ 24
📰︎ r/Truckers
💬︎
👤︎ u/KingNebyula
🚨︎ report
About to cast off for the neck on my Handsome Chris’s Pullover! Feels like a real milestone haha 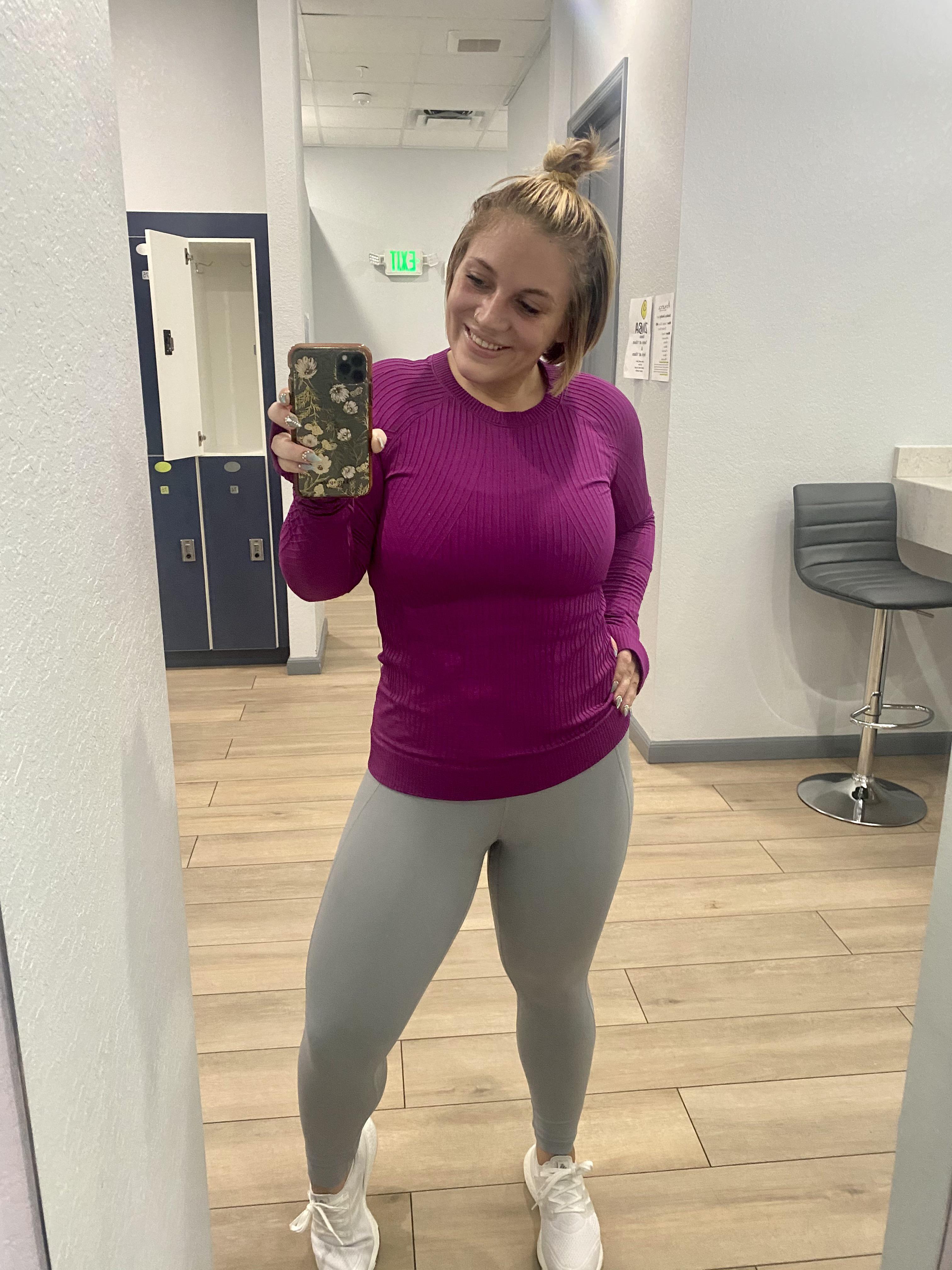 👍︎ 181
📰︎ r/lululemon
💬︎
👤︎ u/Far-Biscotti-5468
🚨︎ report
Been making lots of fleece pullovers and shorts (@sambob.biz on IG) reddit.com/gallery/ljhoyq
👍︎ 474
📰︎ r/somethingimade
💬︎
👤︎ u/samuelgroberts
🚨︎ report
Really pleased with how this hooded pullover came out! reddit.com/gallery/kvczda
👍︎ 4k
📰︎ r/sewing
💬︎
👤︎ u/ames822
🚨︎ report
I found this vintage pullover from my dad's attic. It might be knitted by my grandma at the 50s or 60s. I'm proud of myself as I mended 9 holes, washed it and re-knitted the cuffs as the sleeves were too long. 😊 "New" pullover for me! 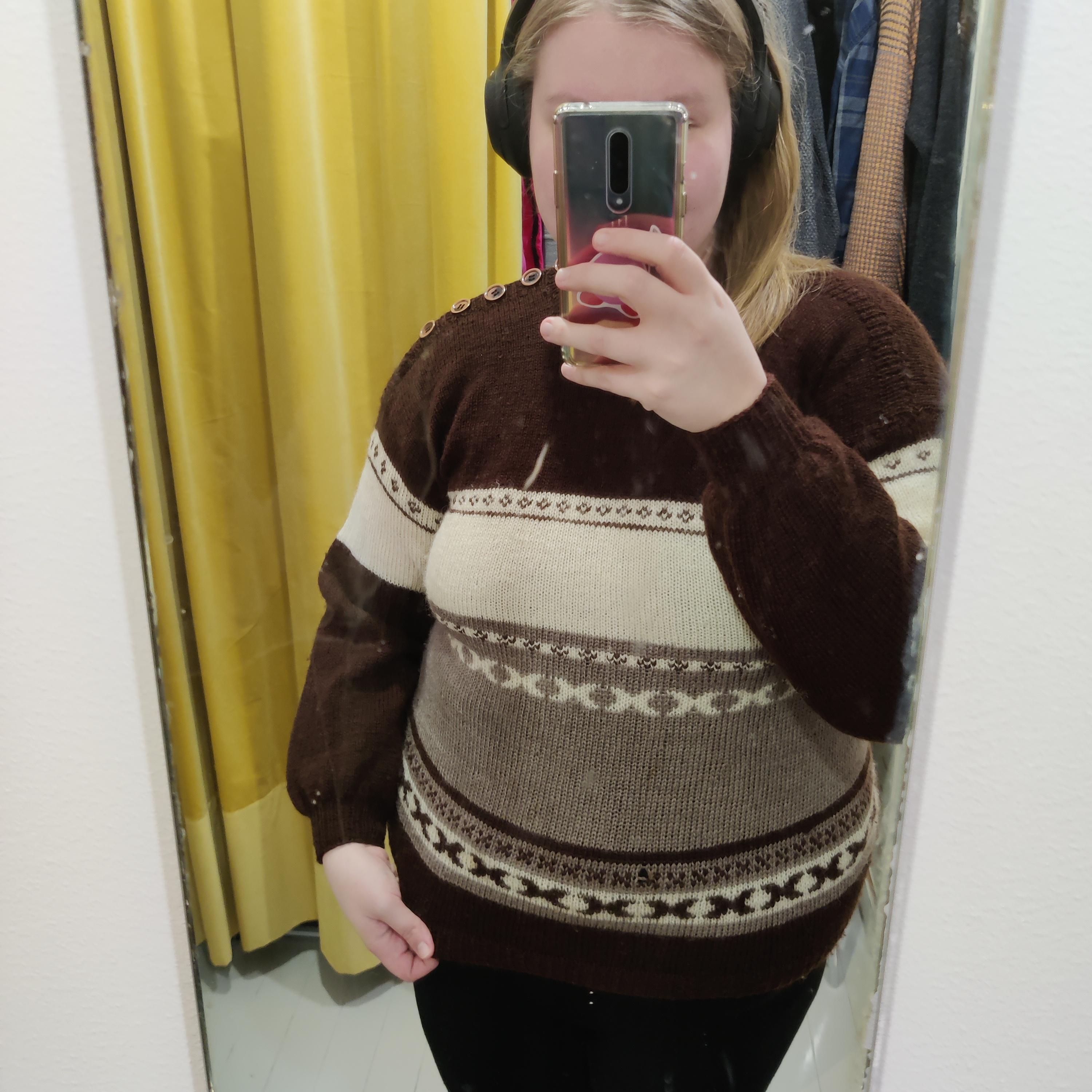 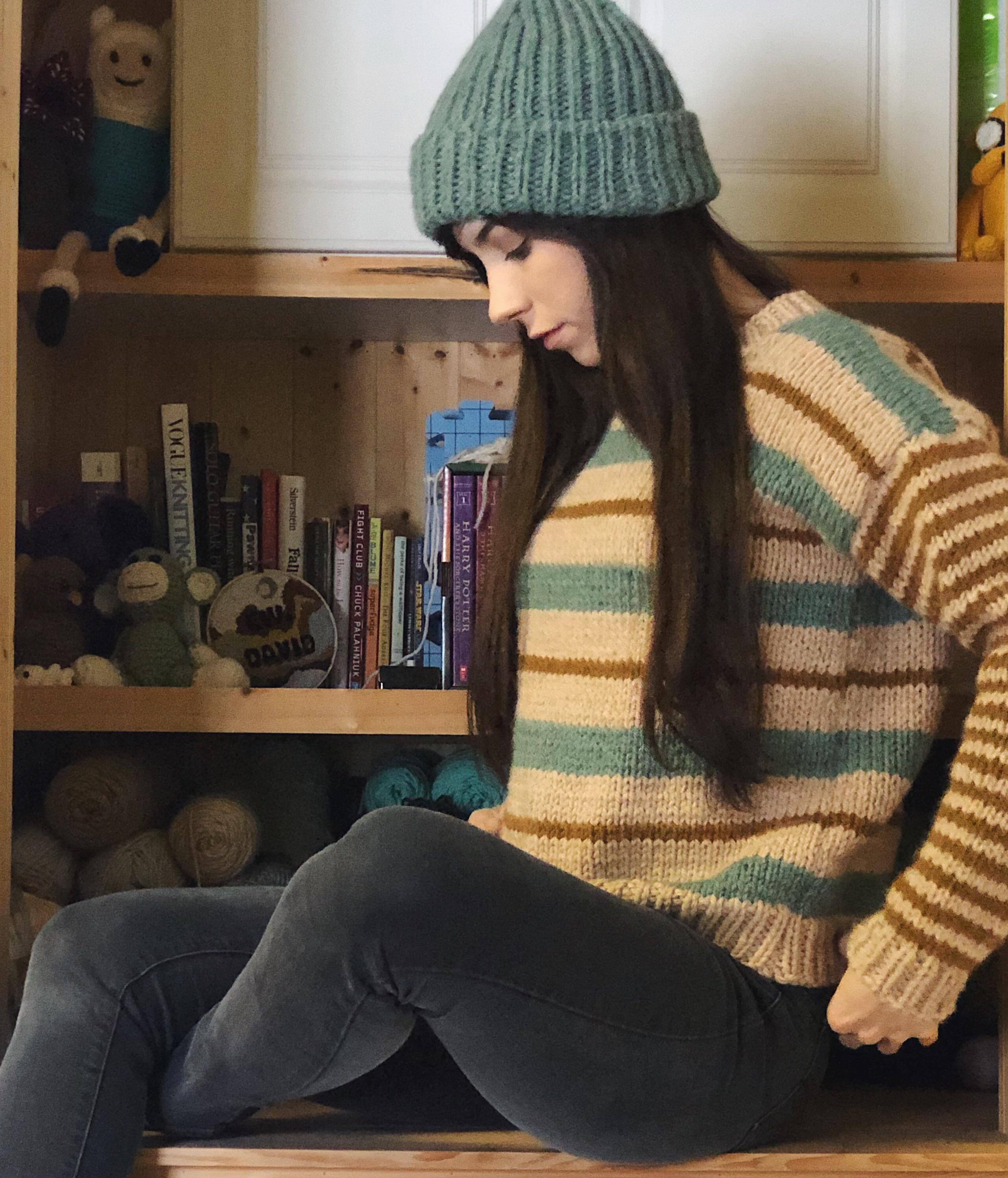 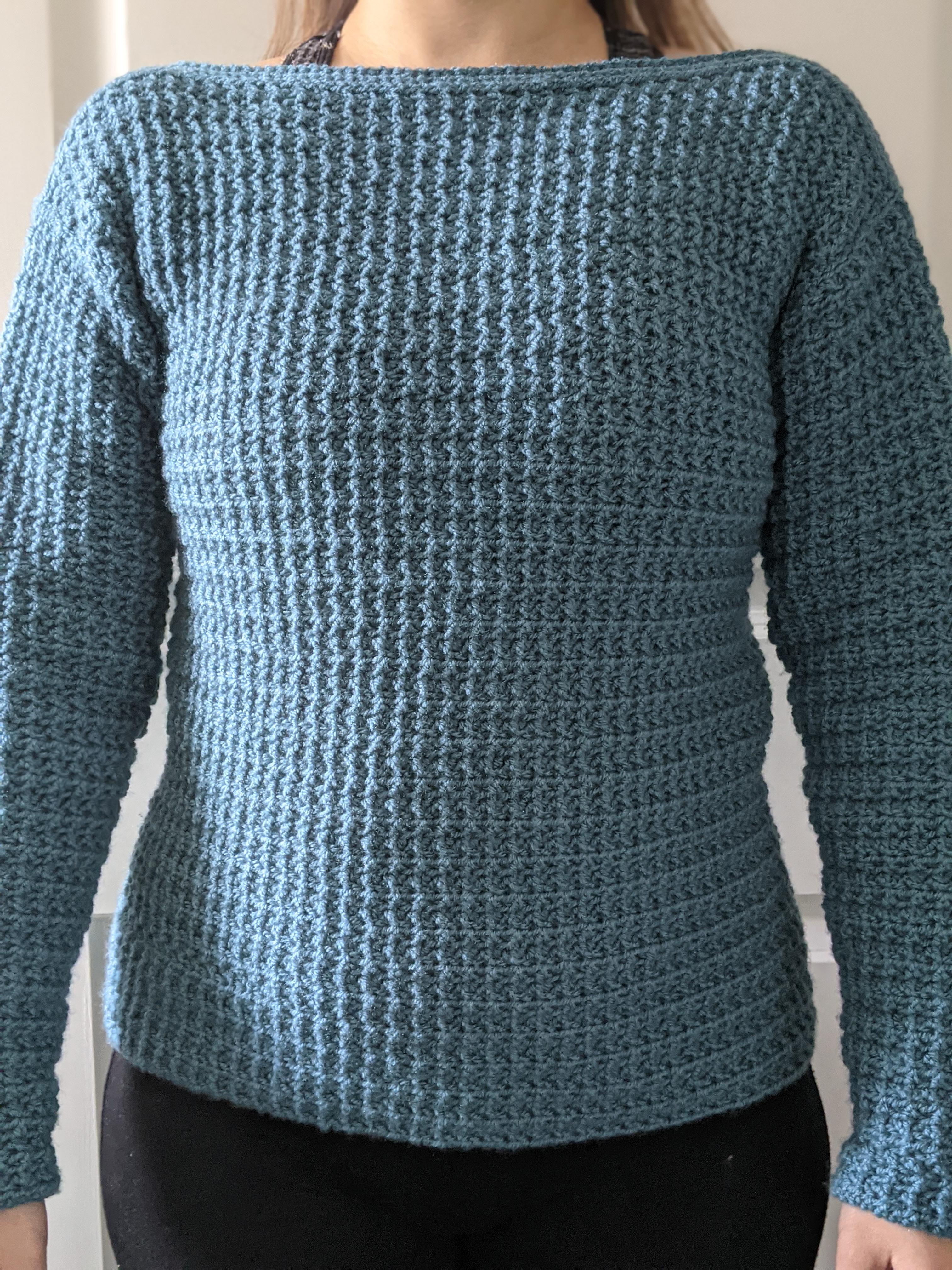 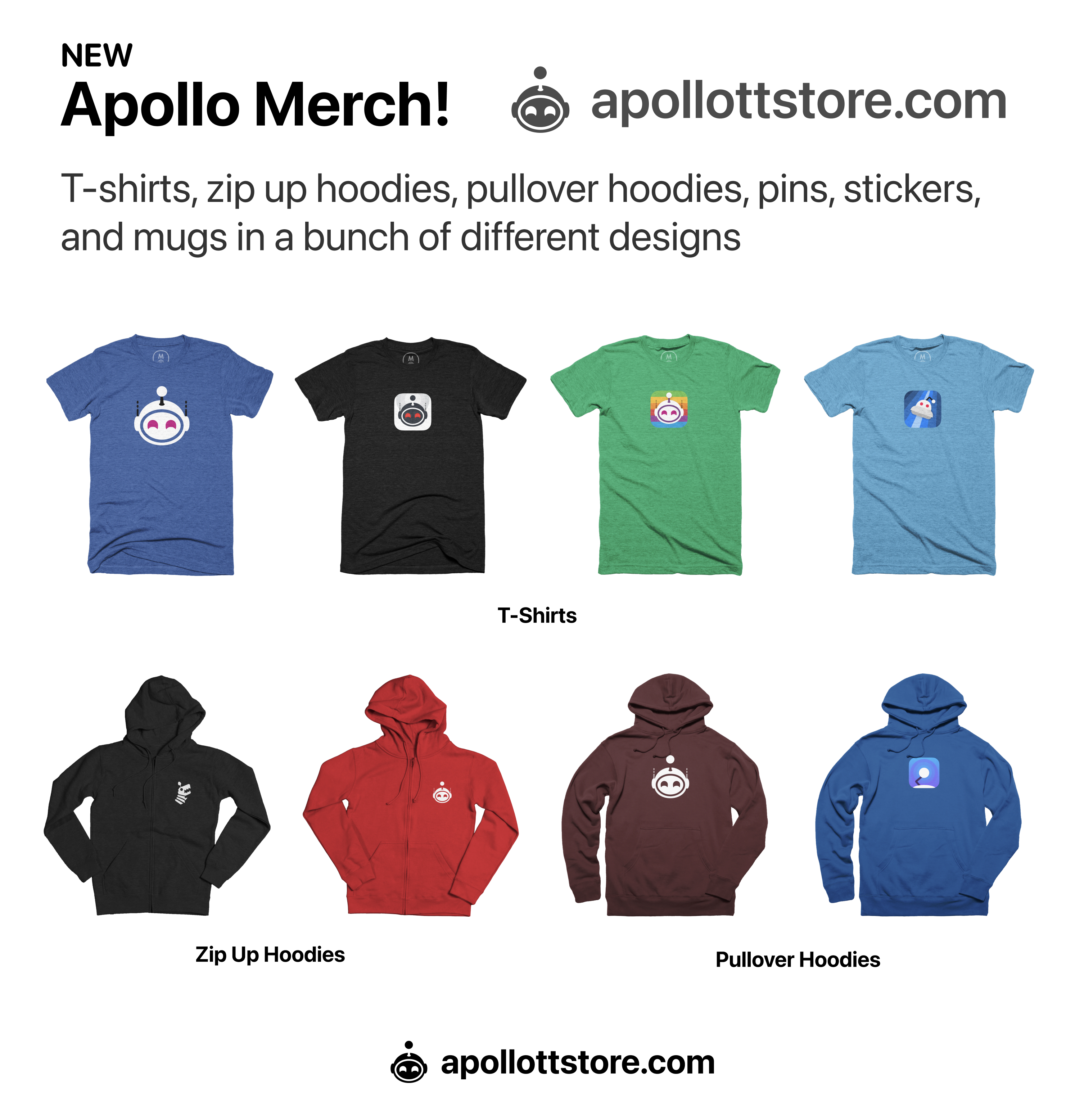 👍︎ 191
📰︎ r/apolloapp
💬︎
👤︎ u/iamthatis
🚨︎ report
Crochet this pullover some time ago. My buddy told me to share it in here! :) 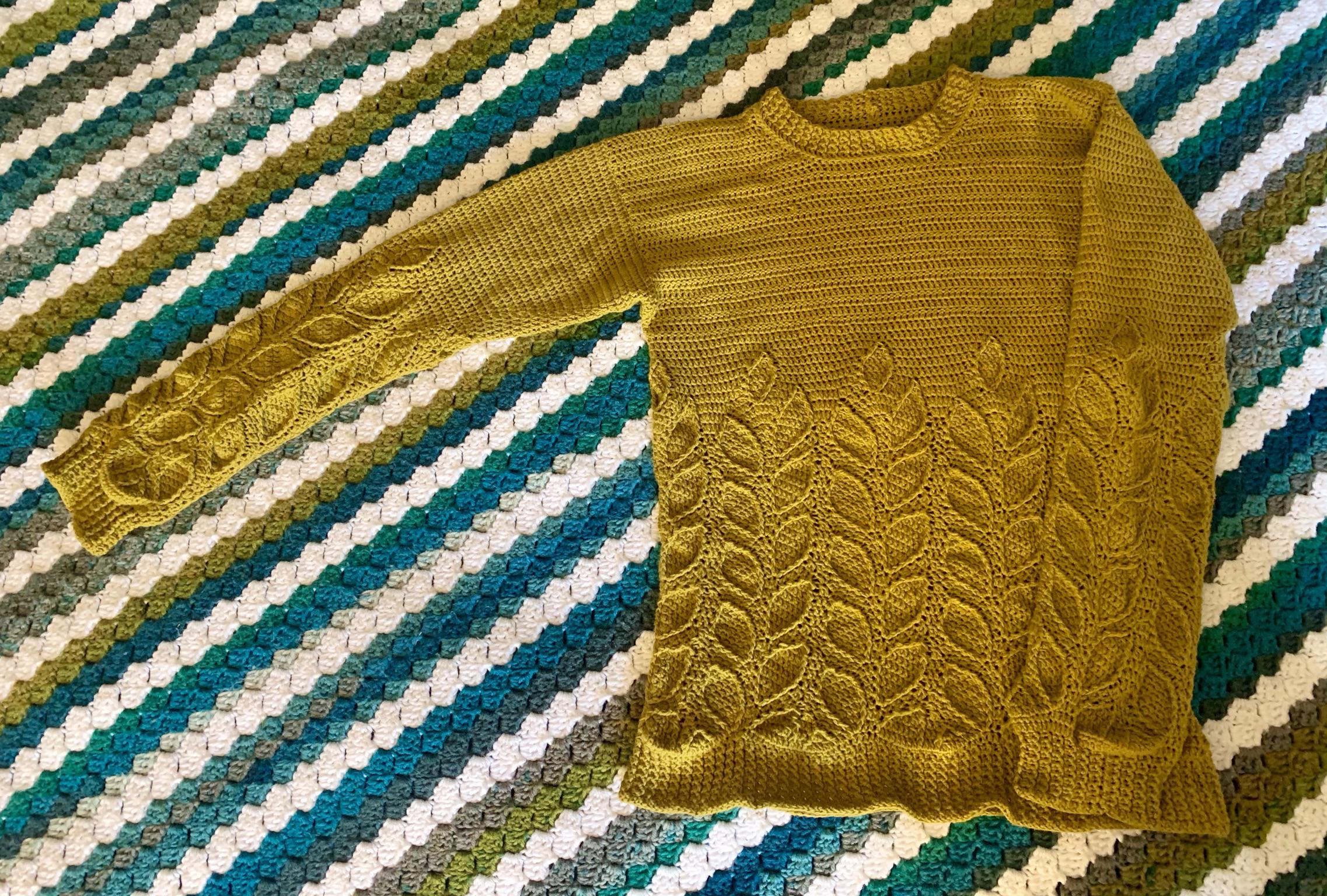 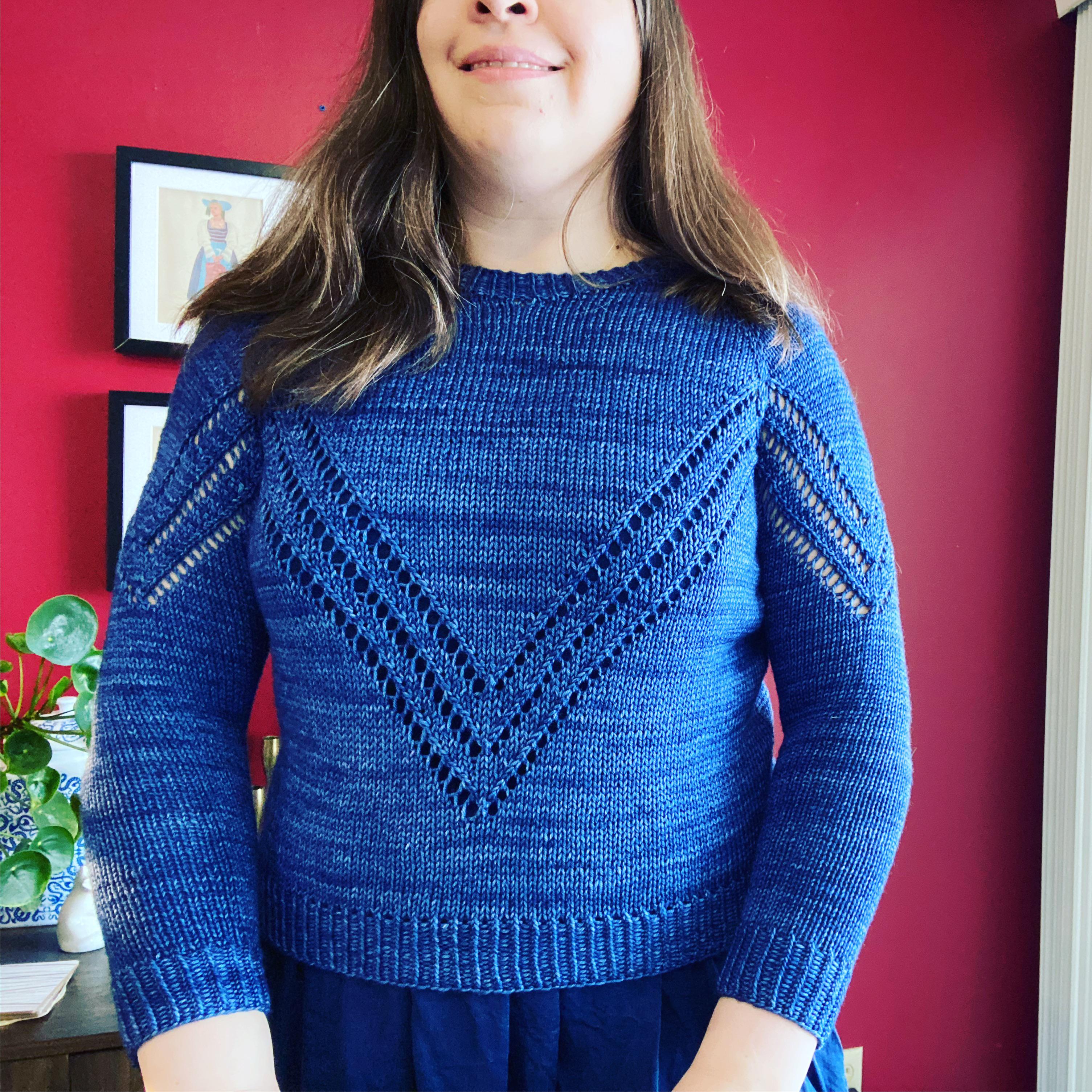 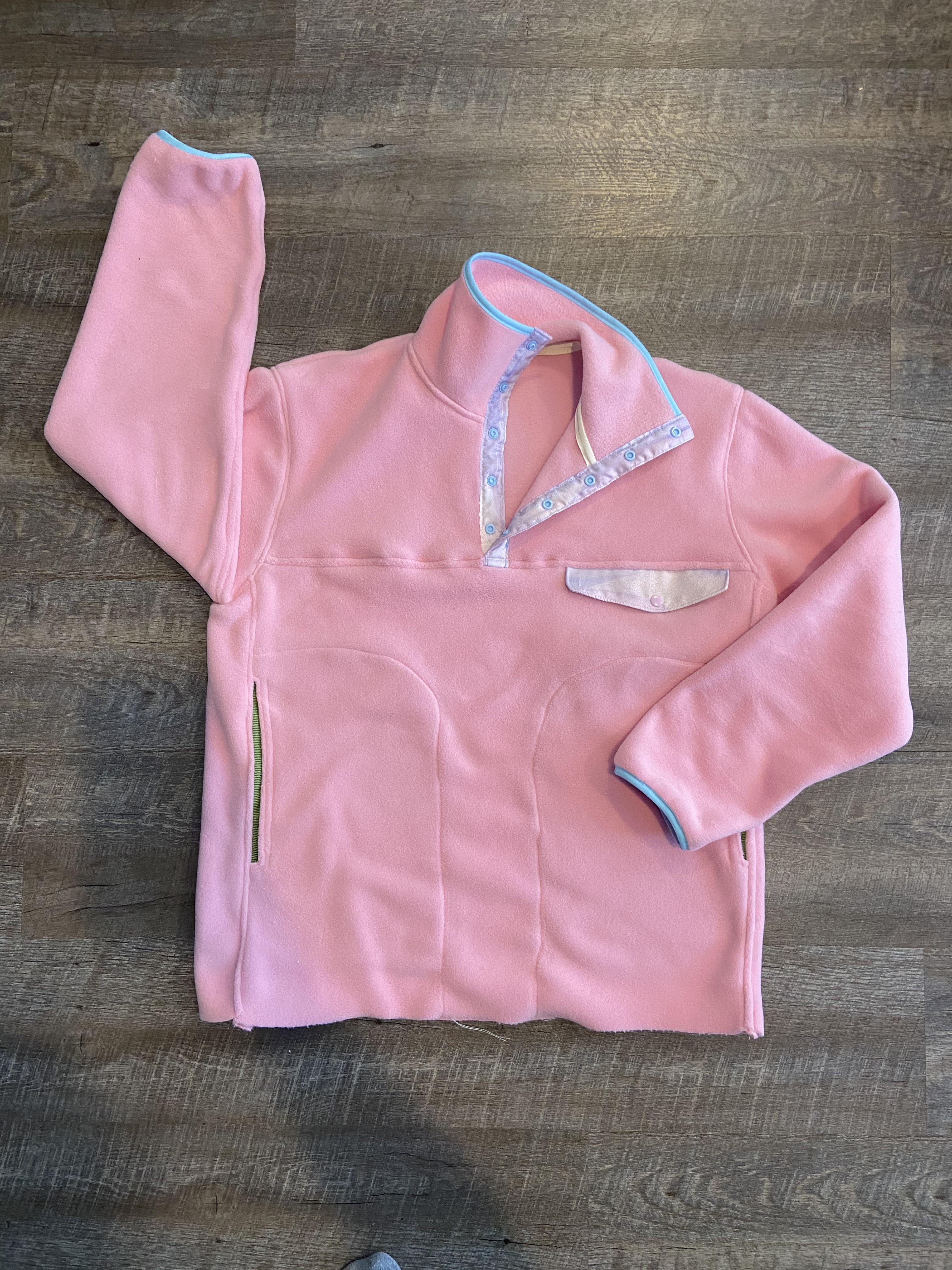 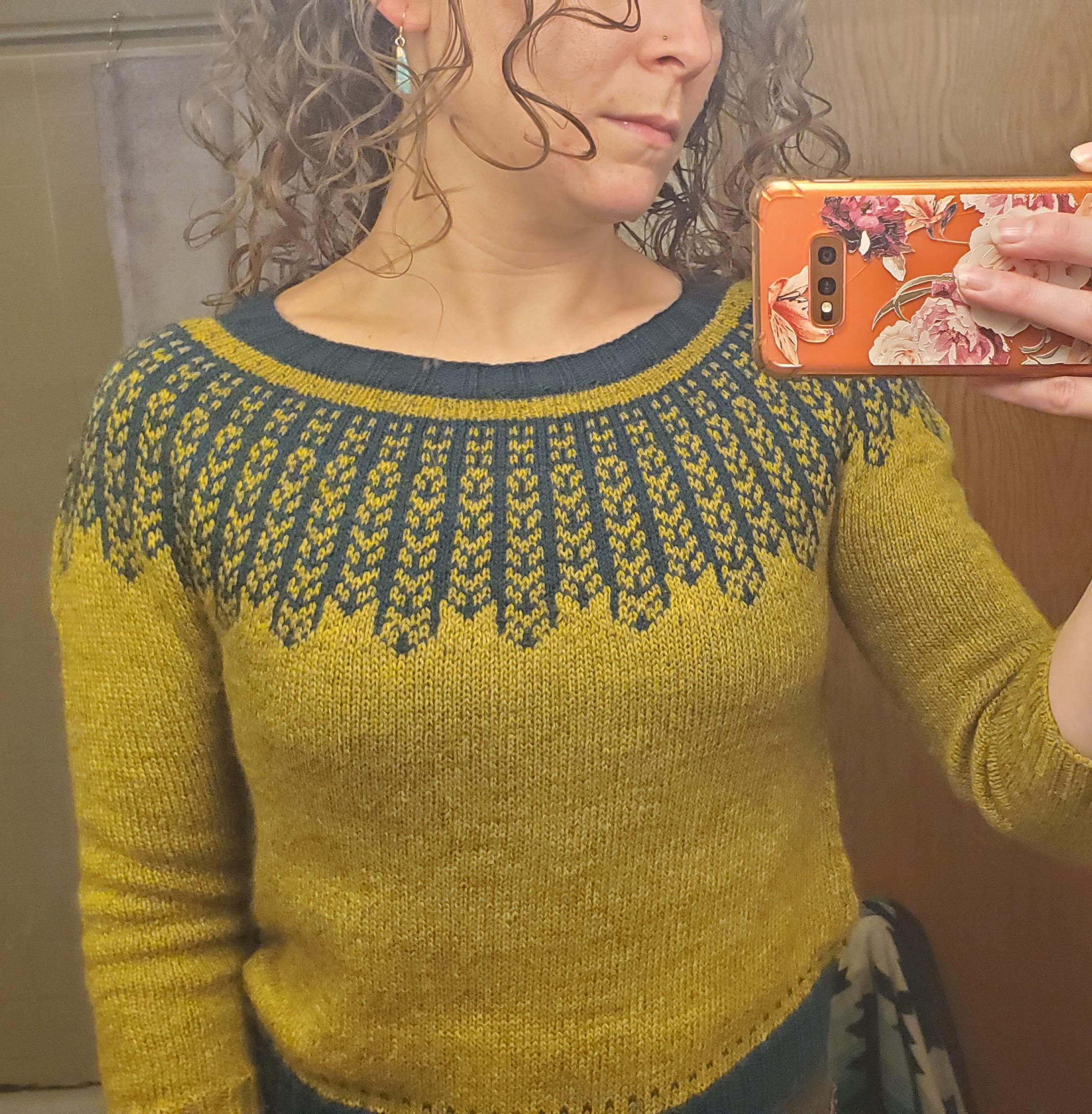 hello! i've been crocheting for a few years now, and only been making wearables for a couple months. i've made cardigans and a v-neck sweater, but I want to try my hand at pullovers. thing is, most pages I visit to look for patterns have broken links. or are in russian for some reason? I wish I could read russian. anyways, do you all have any patternof recommendations? i'm looking for something cozy, and I don't mind if it's crochet or knitting; never tried knitting a pullover, but i'm willing to give it a shot! 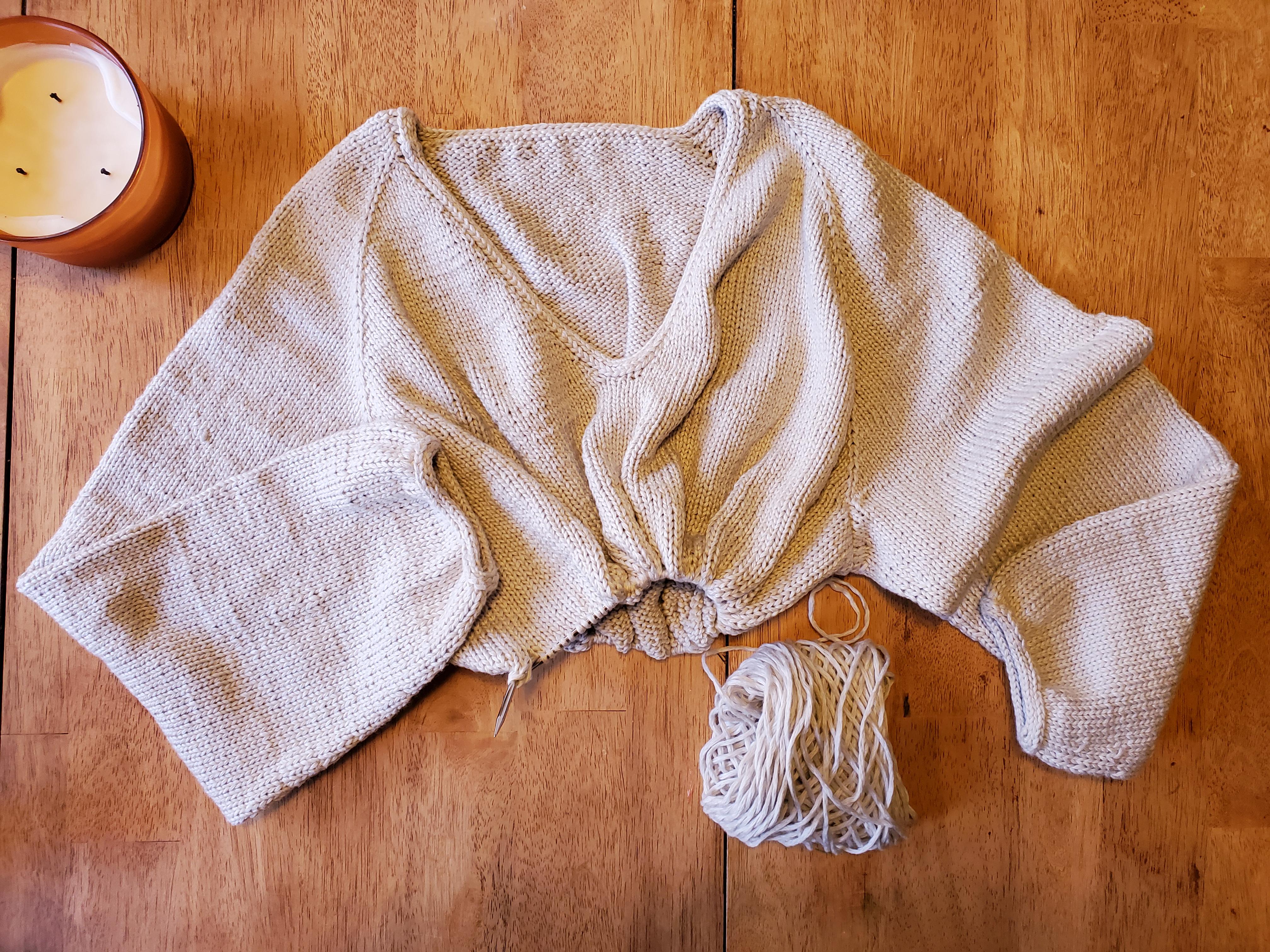 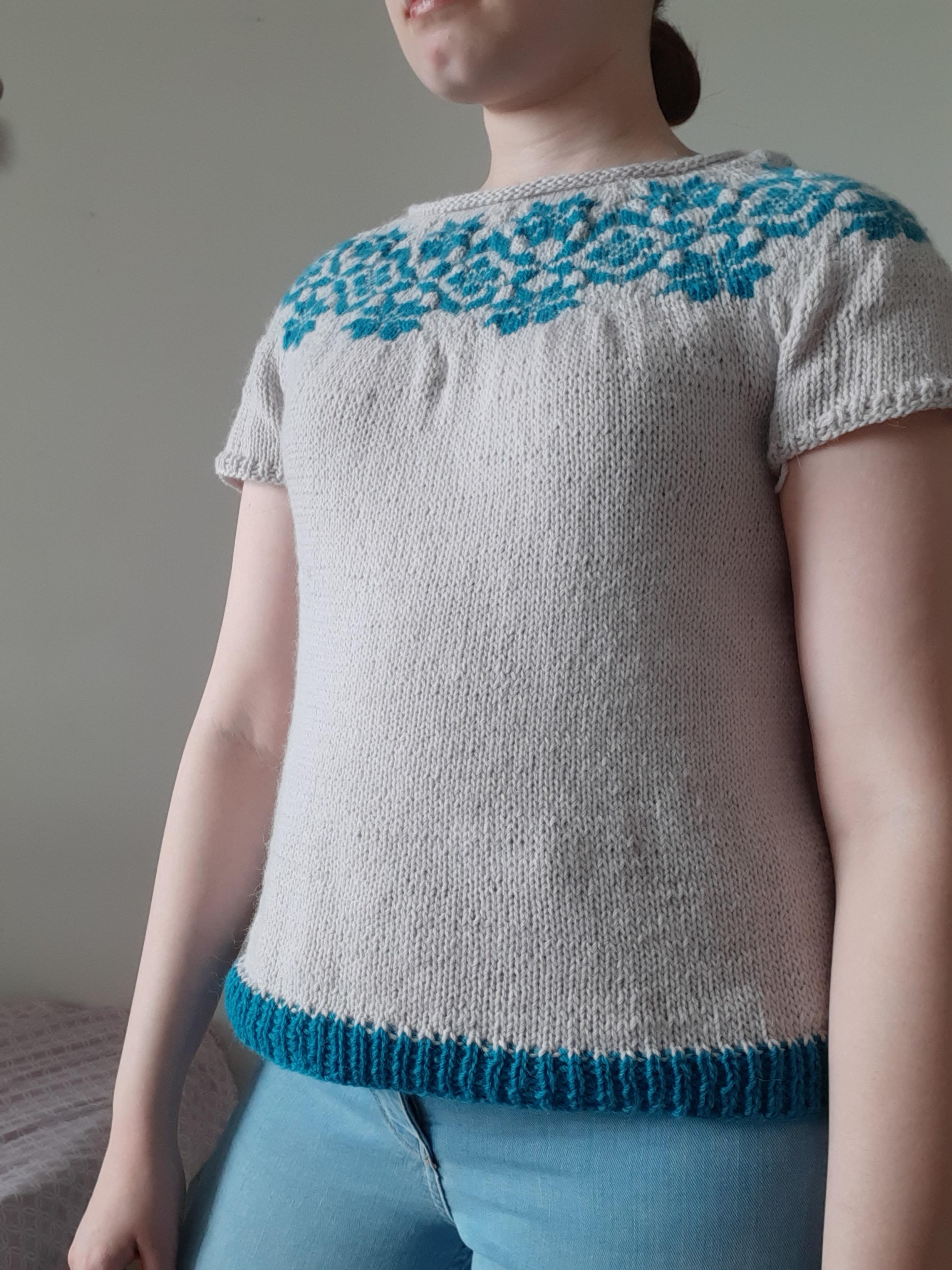 👍︎ 82
📰︎ r/knitting
💬︎
👤︎ u/margareedda
🚨︎ report
Lulu for Work 5 days straight this week! This was yesterday’s OOTD. Peaceful Moment Pullovers and my first pair of Solid Colour Align. I think I am in love 🥰 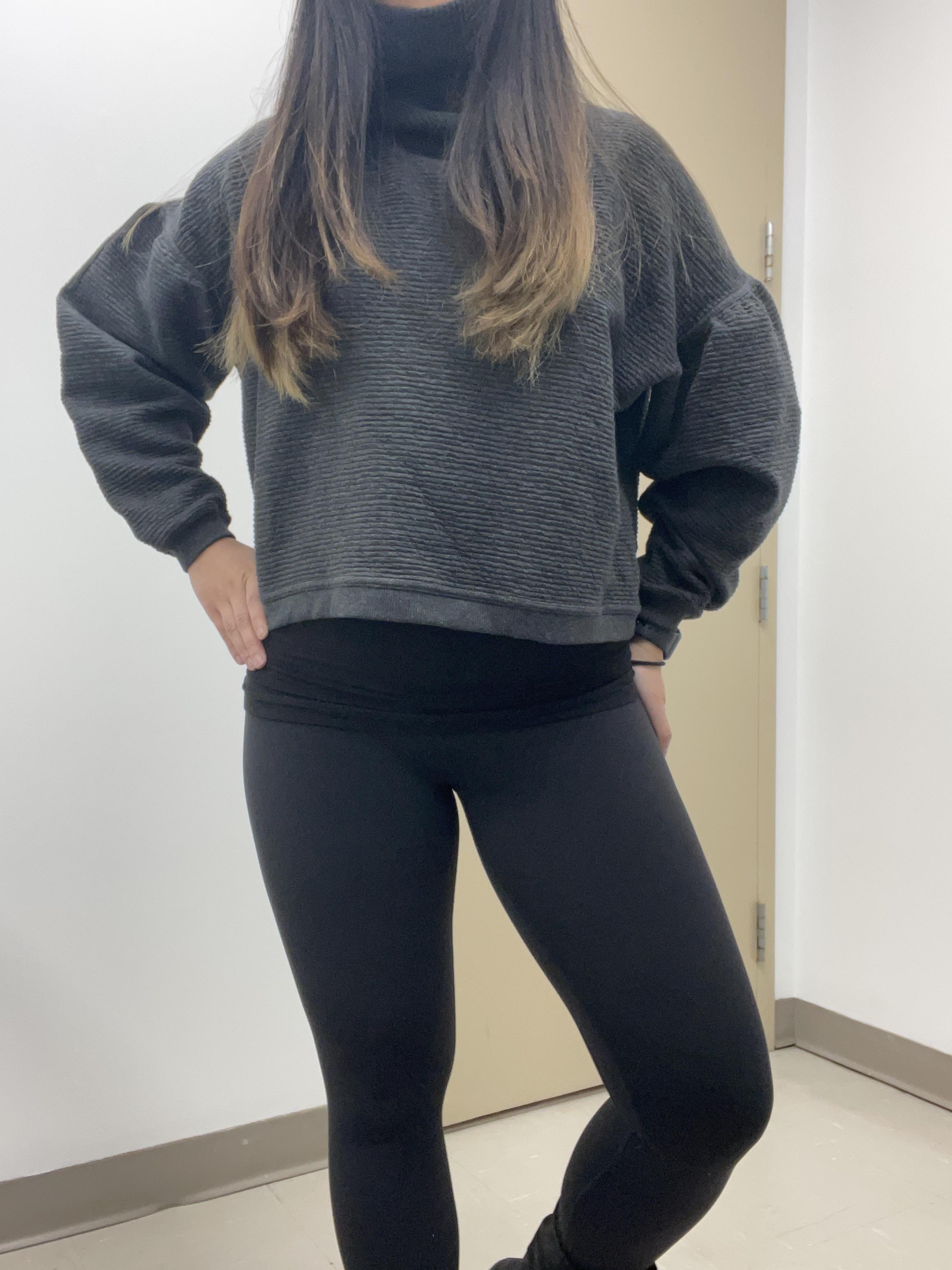 👍︎ 34
📰︎ r/lululemon
💬︎
👤︎ u/gurlunderarock
🚨︎ report
One resolution I made with knitting (and life overall) was to make a capsule wardrobe. I want to have only the essentials in my wardrobe: where my every clothing item is meaningful for me and what I love. So I started my new pullover for myself this morning during work meetings. ❤️ 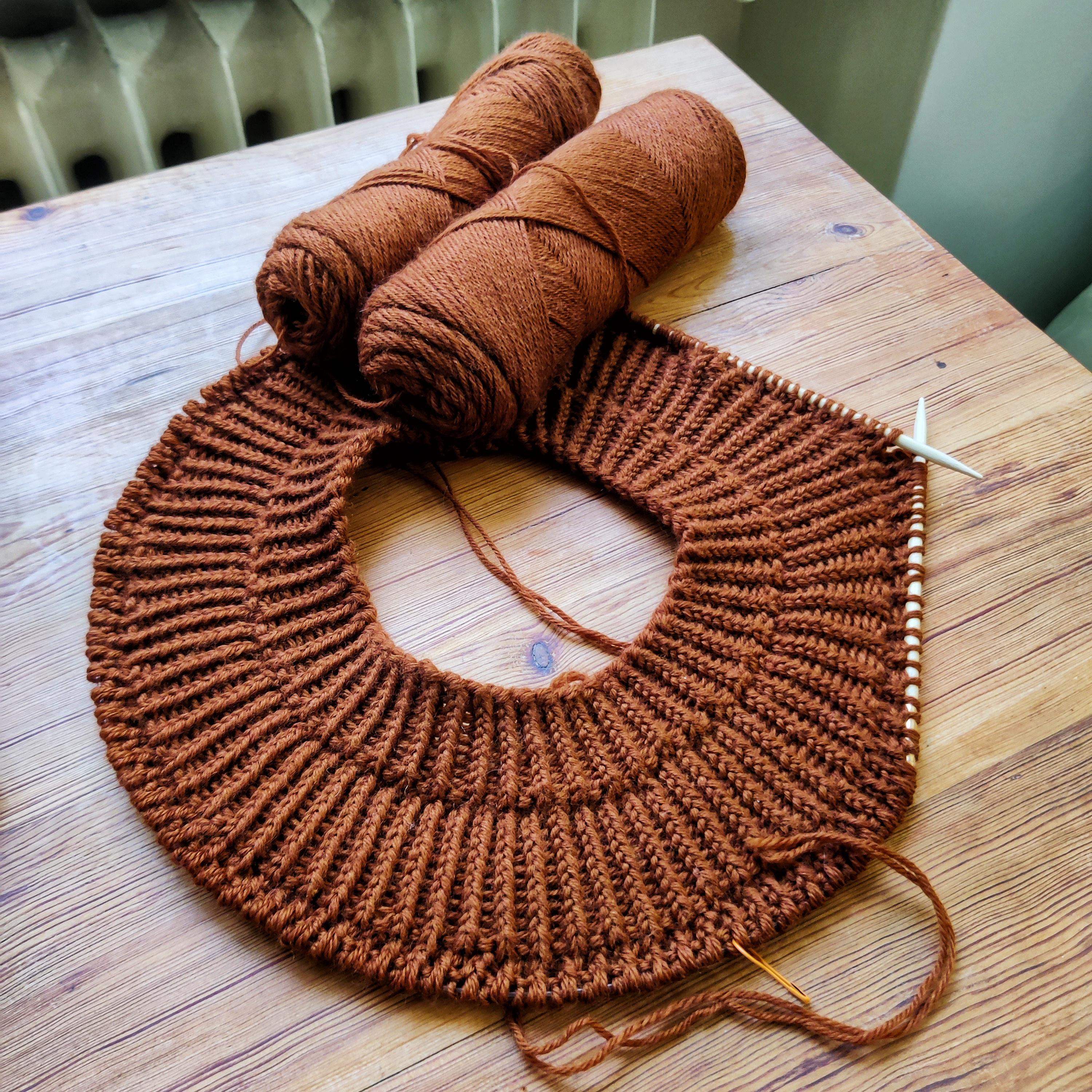 👍︎ 334
📰︎ r/knitting
💬︎
👤︎ u/Sharaiyan
🚨︎ report
Hi gathered minds, I'm on the hunt for a mans hoodie with pockets knit pattern, can you help? I'd like it to be made from dk or sport weight plain stocking stitch with a hood and pockets. It can either be pullover or zip through style. All I can find are chunky/bulky patterns. Thank you lots 😁 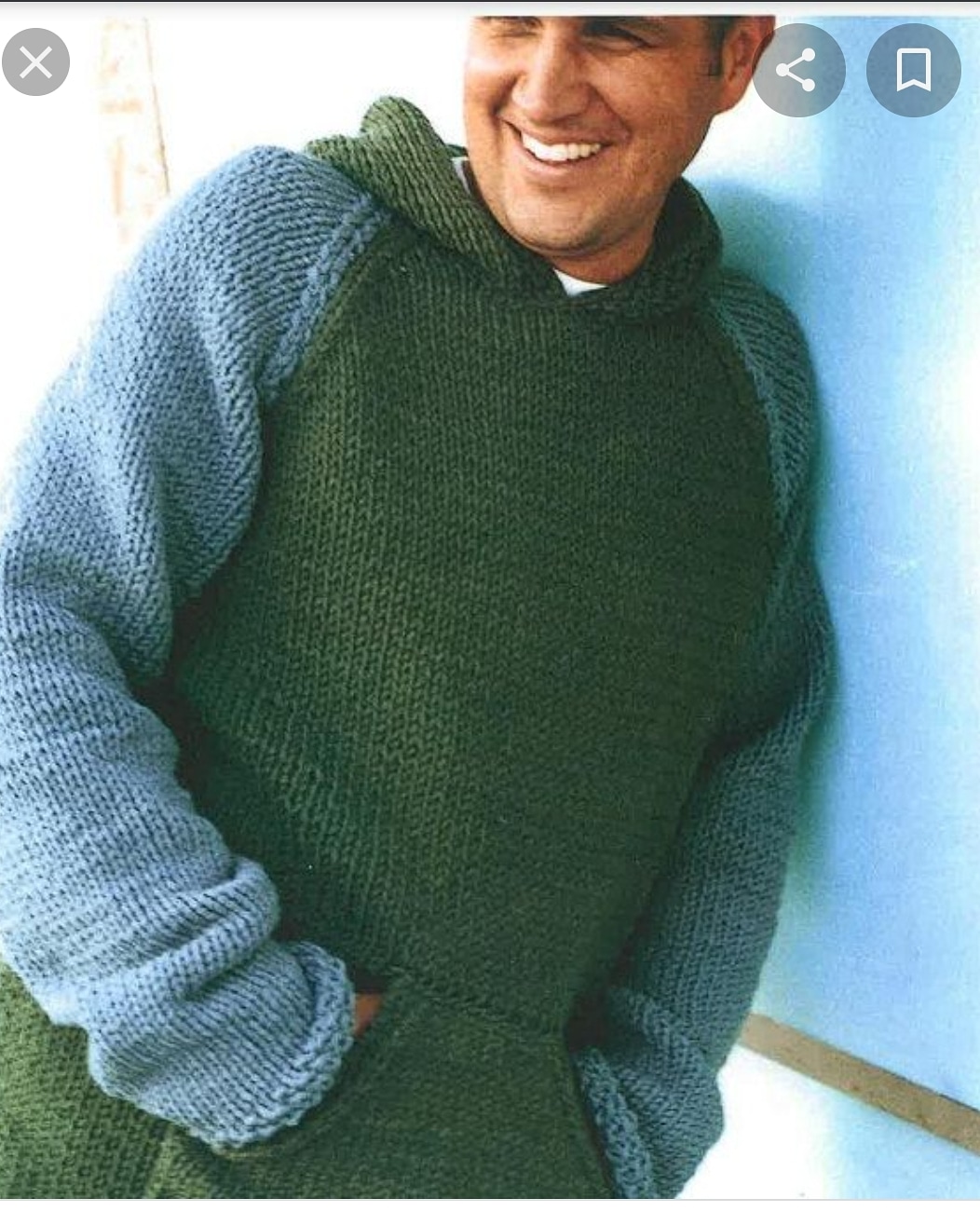 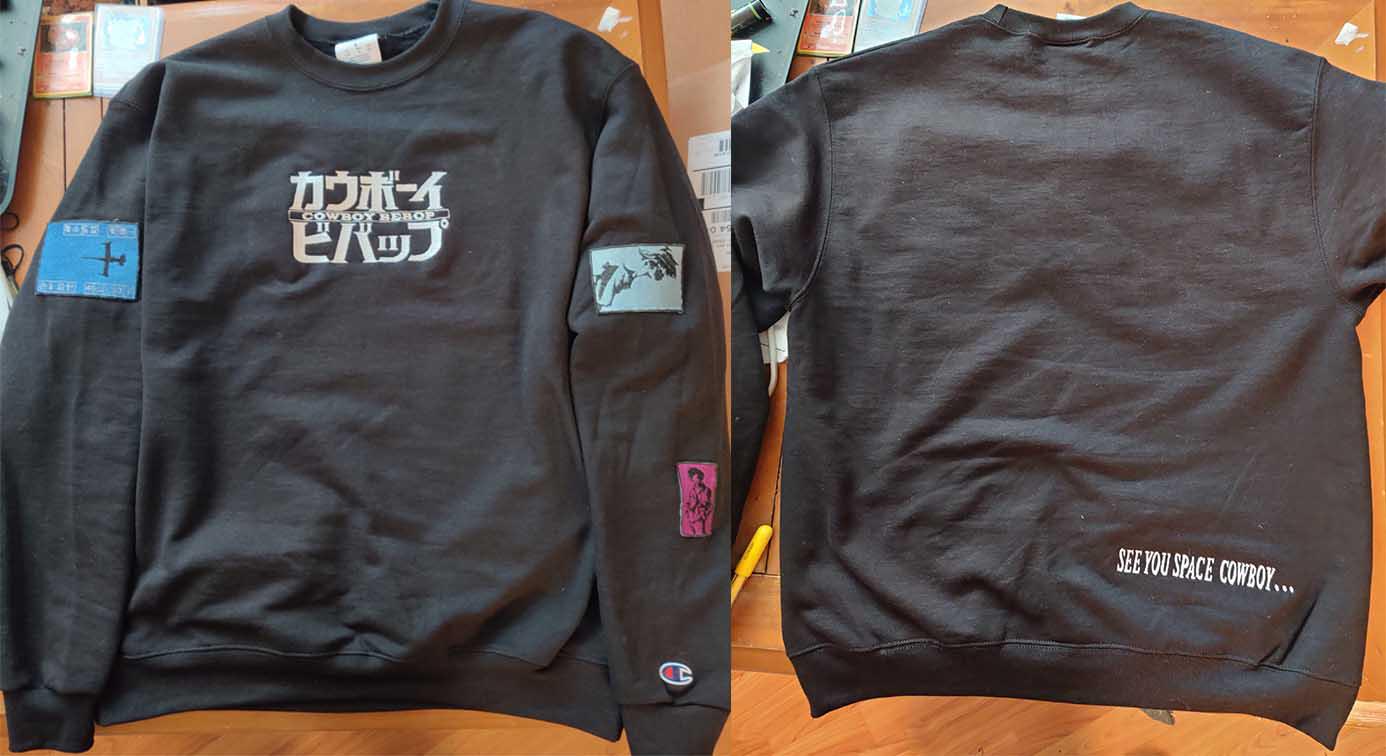 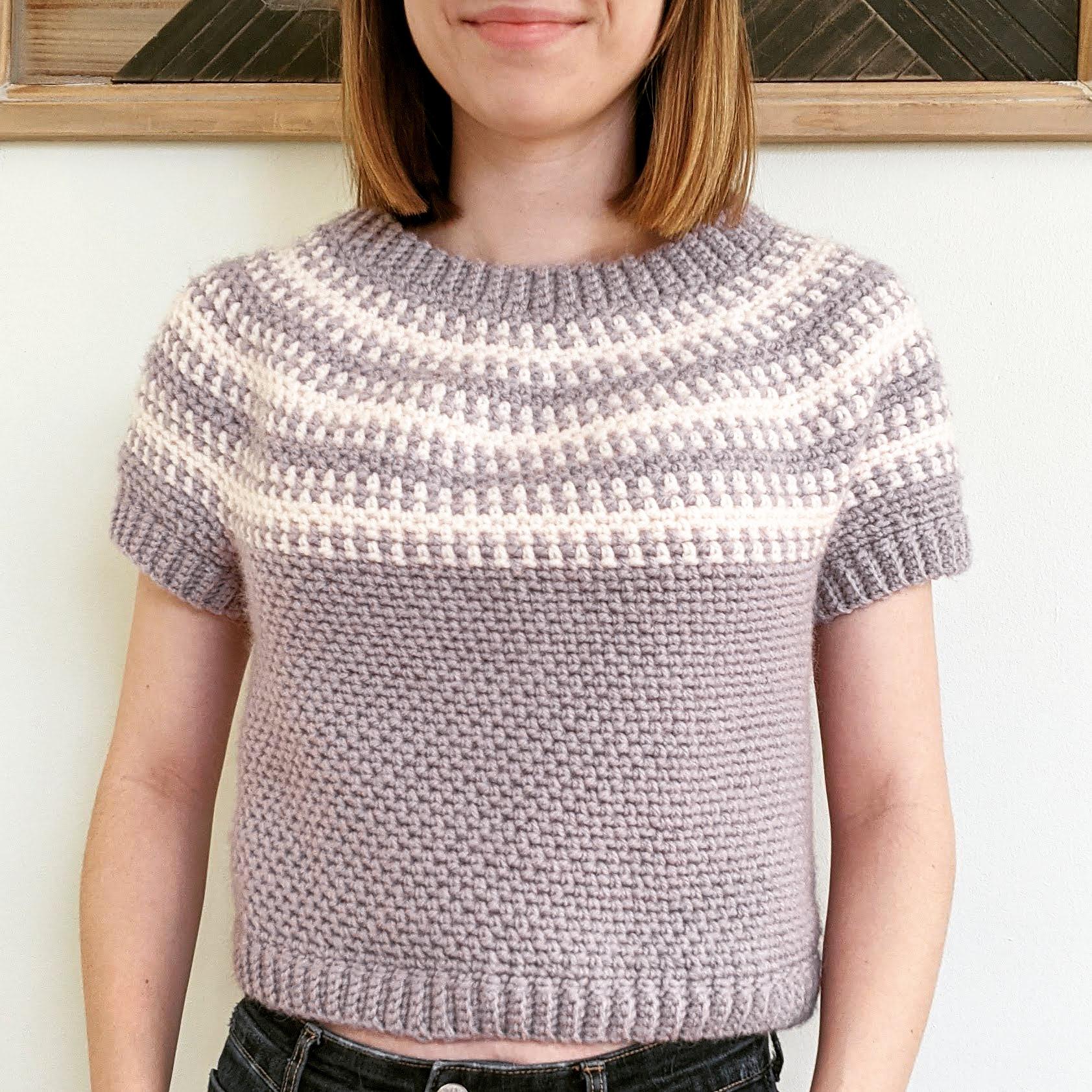