The following is taken from the /r/Stoicism FAQ, which details the superstructure of Natural Law to form the pantheistic understanding. There is a great discourse to be had with stoics, as an earlier post, by /u/Stoicrecovery, had detailed. The emphasis is mine.

What does it mean to live in accordance with nature? It is important to realize that the ancient Greek conception of nature was rather different than the modern one. Murray's lecture provides a useful account:

What is Goodness? What is this thing which is the only object worth living for?

Zeno seems to have been a little impatient of the question. We know quite well; everybody knows who is not blinded by passion or desire. Still, the school consented to analyze it. And the profound common sense and reasonableness of average Greek thought expressed the answer in its own characteristic way. Let us see in practice what we mean by “good.” Take a good bootmaker, a good father, a good musician, a good horse, a good chisel ; you will find that each one of them has some function to perform, some special work to do ; and a good one does the work well. Goodness is performing your function well. But when we say “well” we are still using the idea of goodness. What do we mean by doing it “well”? Here the Greek falls back on a scientific conception which had great influence in the fifth century b.c., and, somewhat transformed and differently named, has regained it in our own days. We call it “Evolution.” The Greeks called it Phusis, a word which we translate by “Nature,” but which seems to mean more exactly “growth, ”or “the process of growth.” (See a paper by Professor J. L. Myres, “The Background of Greek Science,” University of California Chronicle, xvi, 4.) It is Phusis which gradually shapes or tries to shape every living thing into a more perfect form. It shapes the seed, by infinite and exact gradations, into the oak; the blind puppy into the good hunting dog; the savage tribe into the civilized city. If you analyze this process, you find that Phusis is shaping each thing towards the fulfilment of its own function—that is, towards the good. Of course Phusis some-times fails; some of the blind puppies die; some of the seeds never take root. Again, when the proper development has been reached, it is generally followed by decay; that, too, seems like a failure in the work of Phusis. I will not consider these objection

Probably a very stupid question and even more philosophical than economic, but are there theories or even proof that Supply and Demand is a law that applies to nature as well?

👍︎ 182
📰︎ r/AskEconomics
💬︎
👤︎ u/kafka0011
🚨︎ report
[WP] You are a very minor god in charge of a locally-practiced holiday for centuries. However, the last woman who kept your holiday just died. Now you are a 'free agent' - by cosmic law, you have a year and a day to pick any unclaimed part of the human or natural world, and you will become its god.
👍︎ 256
📰︎ r/WritingPrompts
💬︎
👤︎ u/NebulousASK
🚨︎ report
I hate that gay rights are considered by some as an element of liberal positive law, not extension of natural law which they actually are.

Whenever one person says that homosexual behavior is unnatural, other person, who wants to defend gay rights, says that earrings and cars also unnatural and not everything unnatural is immoral. I consider such thinking to be very dangerous, because it makes the scientific and legal achievements related to homosexuality and bisexuality only an element of modern liberalism, idea that can easily can be abandoned at any moment.

There are, of course, many concepts of natural law, but the most common is that something is natural when it is used for its intended purpose. For many natural law philosophers, homosexuality and homosexual behaviour are therefore unnatural, because thay stil think that the goal of human sexual behaviour is to procreate children. Indeed, until recently it was thought so, because
at first glance it seems obvious. This way of thinking began at a time when people did not know about the existence of sexual attraction and treated everything that was not obvious to them as a 'temptation'. Back then, same-sex relationships could be considered unnatural, because nothing was known to prove their naturalness. Now that we begin to understand that the purpose of sexuality is not just reproduction, that homosexual relationships can be of social value, fighting gay rights is actually fighting against natural law (not Mother Nature's law, but natural law). There is such a thing as sexual attraction. To oppose its task is therefore to oppose nature, which is what is immoral.

Maybe my statement is over-simplified and erroneous, but I had to share it, because it upsets me and makes me uneasy that many religious philosophers and lawyers use cherry-picking, excluding the scientific and civilization achievements of the last several decades and replacing it with clichés from ancient books. I have nothing against religious people, I simply oppose a dogmatic and narrow-minded approach to reality. Especially when such thinking poses a threat to my safety and dignity. 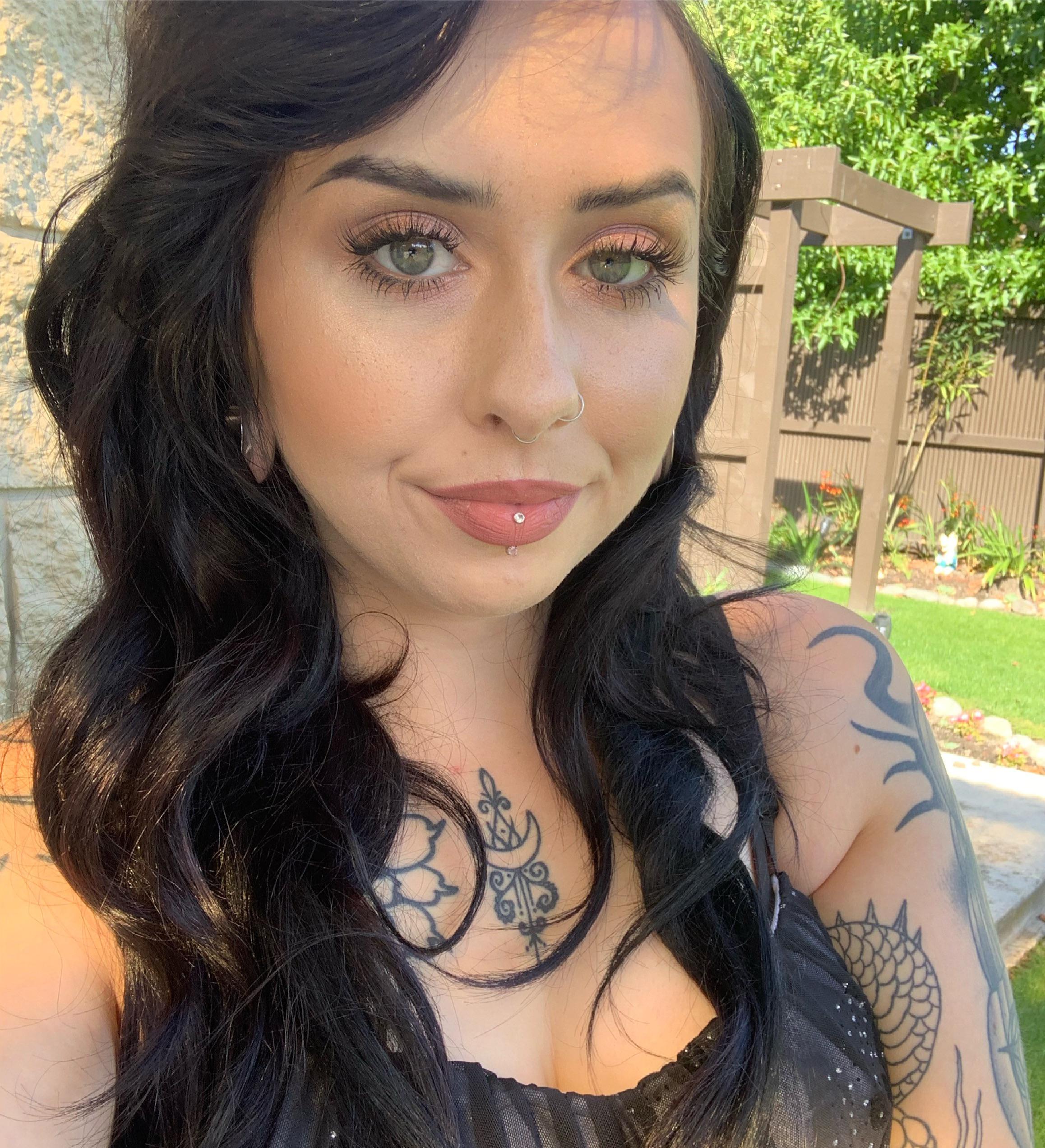 👍︎ 23
📰︎ r/MakeupAddiction
💬︎
👤︎ u/stefanikebbell
🚨︎ report
Get over this limiting belief that somehow our technological development and innovation is unnatural. If it's allowed by the laws of physics, its because its natural! ~Jason Silva youtu.be/1-Rr-QXQt5I
👍︎ 55
📰︎ r/transhumanism
💬︎
👤︎ u/RaunakA_
🚨︎ report
D.C. Law to Decriminalize Natural Psychedelics Comes into Effect truffle.report/d-c-law-to…
👍︎ 102
📰︎ r/psilocybin
💬︎
👤︎ u/Truffle_Report
🚨︎ report
Isn’t any form of government in some way coercion? If so, how do Libertarians justify the creation of government if they define Natural Rights/Liberty as the highest law of the land?
👍︎ 32
📰︎ r/AskLibertarians
💬︎
👤︎ u/CapitalSoldier
🚨︎ report
D.C. Law to Decriminalize Natural Psychedelics Comes into Effect truffle.report/d-c-law-to…
👍︎ 16
📰︎ r/shrooms
💬︎
👤︎ u/Truffle_Report
🚨︎ report
Under international law and the natural law, the U.S. may only use force defensively. Yet Congress has used the Authorization to Use Military Force (AUMF) since 2001 to wage war on enemies (with no end point in sight). creators.com/read/judge-n…
👍︎ 3
📰︎ r/AmericanPolitics
💬︎
👤︎ u/smm4983
🚨︎ report
EU takes Germany to court for breaching environment laws: At issue is the country's failure to implement the Flora-Fauna-Habitat Directive which focuses on the conservation of natural areas, wildlife and plants dw.com/en/eu-takes-german…
👍︎ 70
📰︎ r/worldnews
💬︎
👤︎ u/DoremusJessup
🚨︎ report
Is there a 'version' of Naturalism which is only committed to the idea that all spatio-temporal objects and objects which can have a spatio-temporal effects are 'natural', as in they follow a single set of laws?

I dont think this isn't allowed but let me know and ill delete it. But anyway, so I'm a history student and for some reason that I can't understand my course has a law modules even though it's history I'm studying. And none of it makes any sense to me at all. And I'm meant to be writing an essay on one of the three theories I mentioned. I've tried reading the required reading for the module but it just makes no sense to me at all and google was not much help. So if anyone here could give me definitions of those theories and one or two examples of them in society I would be so grateful because it's been four hours and I've written "in this essay..."

👍︎ 2
📰︎ r/LawSchool
💬︎
👤︎ u/x_S4vAgE_x
🚨︎ report
D.C. Law to Decriminalize Natural Psychedelics Comes into Effect truffle.report/d-c-law-to…
👍︎ 11
📰︎ r/PsilocybinMushrooms
💬︎
👤︎ u/Truffle_Report
🚨︎ report
Imagine how the Social-Darwinists among right wingers who like to spout 'natural law' so much would react if somebody actually found out how the 'natural laws' work, can be affected and broke them?

Man what a glorious moment that would be. Imagine somebody going like "Natural law says blah blah blah" and if you could go like *Breaks them* "Your natural laws are meaningless".

In Medieval Times when scientific knowledge wasn't as developed, the early versions of these types of people were terrified of the possibility of being able to 'break natural law' being real and actively tried to lead 'witch hunts' if they believed it.

They considered breaking what they saw as 'natural law' being 'one of the most heinous crimes, worthy of capital punishment'. Kinda like how 'server hacking can get you permanently banned' in gaming.

Can somebody just hack 'the code' of everything already?

👍︎ 14
📰︎ r/Soulism101
💬︎
👤︎ u/DisorderNow11
🚨︎ report
TIL about Benford's law: if you take natural sets of numbers (like lenghts of rivers, population of cities, financial transactions..), probability of first number is not even. There is 30% probability for number to start with 1, and only to 5% for 9. It is so reliable it is used to defect fraud! wikipedia.org/wiki/Benfor…
👍︎ 200
📰︎ r/todayilearned
💬︎
👤︎ u/rouen_sk
🚨︎ report
D.C. Law to Decriminalize Natural Psychedelics Comes into Effect truffle.report/d-c-law-to…
👍︎ 6
📰︎ r/shroomers
💬︎
👤︎ u/Truffle_Report
🚨︎ report
1992 Natural Law Party Platform

I was living in a house with other students at university when this 42-page manifesto was dropped in our mailbox one day. I opened it and read about "Yogic Flying" and how it will form an impenetrable shield around the country. I immediately slipped it into a plastic bag, wrapped it up tight, and kept it there until I finally took it out a few years ago. I can't seem to find a digital copy anywhere on the internet so I thought I would post the outside cover and one of the leafs so someone out there might get a laugh. (Apologies for the quality, if there is enough interest I can get the whole thing professionally scanned).

KIN just got off the ground.

Give it time to grow.

Rice cultivation also takes time to develop and harvest, and investment in KIN is a career, so it is not possible to hurry.