Suddenly on Christmas you get a PC made of pulsating flesh, blood and bone with all the normal pc ports. It Has 1000 times mire computing power than your current PC but you have to feed it with a rat once a month. How would you react to that?
👍︎ 75k
📰︎ r/AskReddit
💬︎
👤︎ u/Kohrack
🚨︎ report
My Ideas for a Savage Divide boss and a Mire Boss.

Description: The Honey Beast Queen is the mother of all Honey Beasts in the savage divide. She is also the only one of the few that can fly. She lives in a expansive hive just south of Solomon’s Pond in the mountains, in a defunct mine. The Queen is very cautious of her safety and will rarely if ever leave the hive. A Honey Beast Queen becomes Queen after the original Queen dies. If their are other heirs and they aren’t the next Queen they become Royal Guardians, another type of Honey Beast able to fly.

Location: The mine the honey beasts built the kingdom upon is radioactive in nature. This caused overtime for honey beasts to develop an immunity to radiation. Their comb is too strong for conventional methods to be used, so something nuclear may be necessary to destroy it. The mountainous regions provide ample supplies for the honey beasts to thrive.

Honey Bees: Small swarm of bees that help provide small amounts of food for the hive, more of a nuances for players than a threat.

Hive Honey Beast: A Honey Beast but without the hive on it’s back that searches for food.

Honey Beast Worker: A much stronger variant, with a stronger bite and better protection with small hardened areas that protect it from debris. Lives in the hive. Helps build and repair the hive.

Honey Beast Sentinel: A Honey Beast that is much better protected and even stronger bite. Protects the hive and it’s inhabitants.

Honey Beast Stinger: A Honey Beast similar to the sentinel, but able to fly and sting it’s enemies and will instead attack instead of defend.

Honey Beast Royal Guardian: A honey beast that defends the Queen with it’s life. Former heirs to the thrown that become Guardians after a Queen is chosen. Will become a Queen once another suitable location is found for a hive.

Honey Beast Queen: The largest of all Honey Beasts. Can fly, disorient, bite, shoot larvae, and sting. Radioactive pollen is quite common in the hive. She can summon her royal guard to protect her.

Extras: The mine will be accessible after the Queen is defeated. Inside you will find rare ores, royal honey, royal comb, larvae, and ultracite. It won’t be easy pickings though as Sentinels, Workers, and normal Honey Beasts will be amuck. 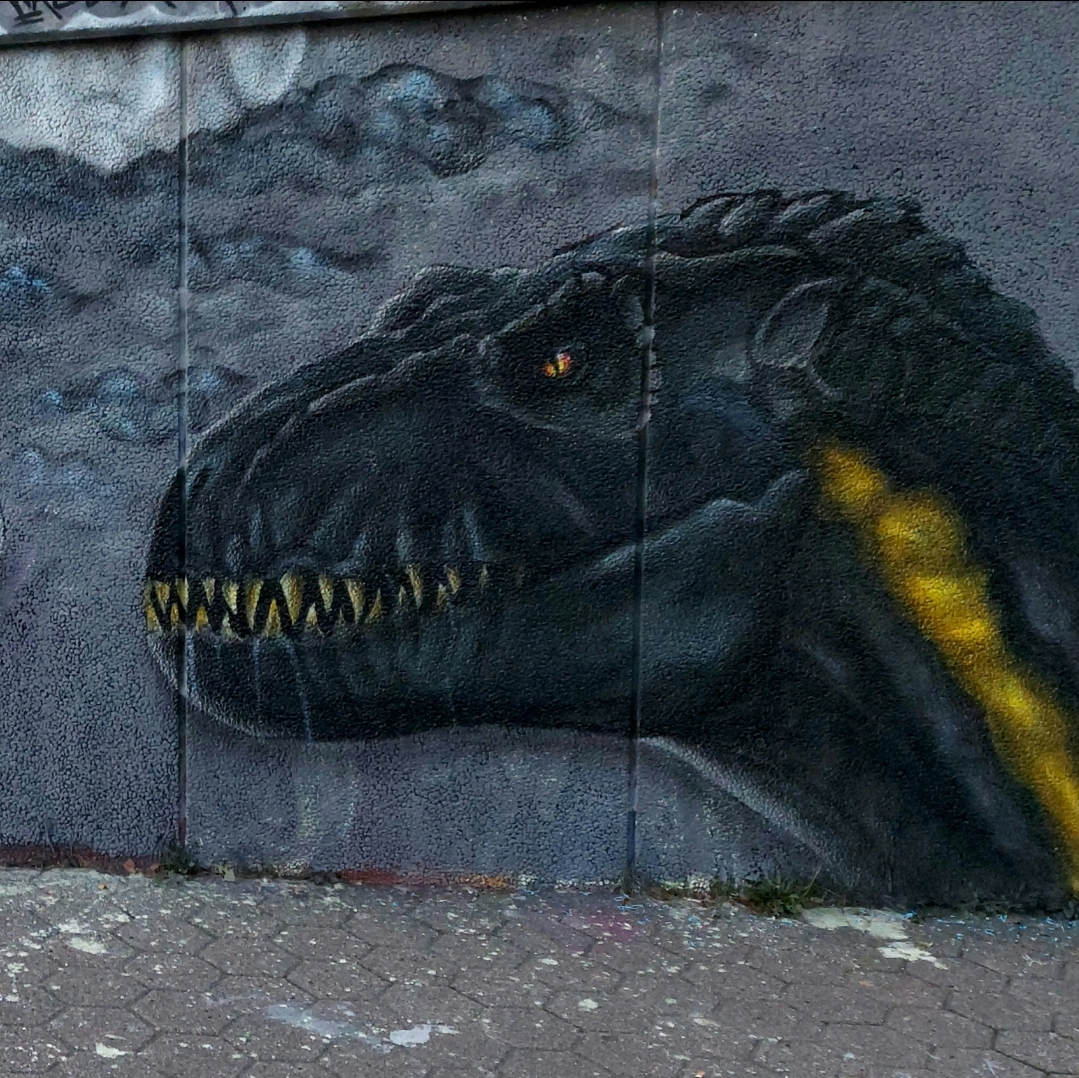 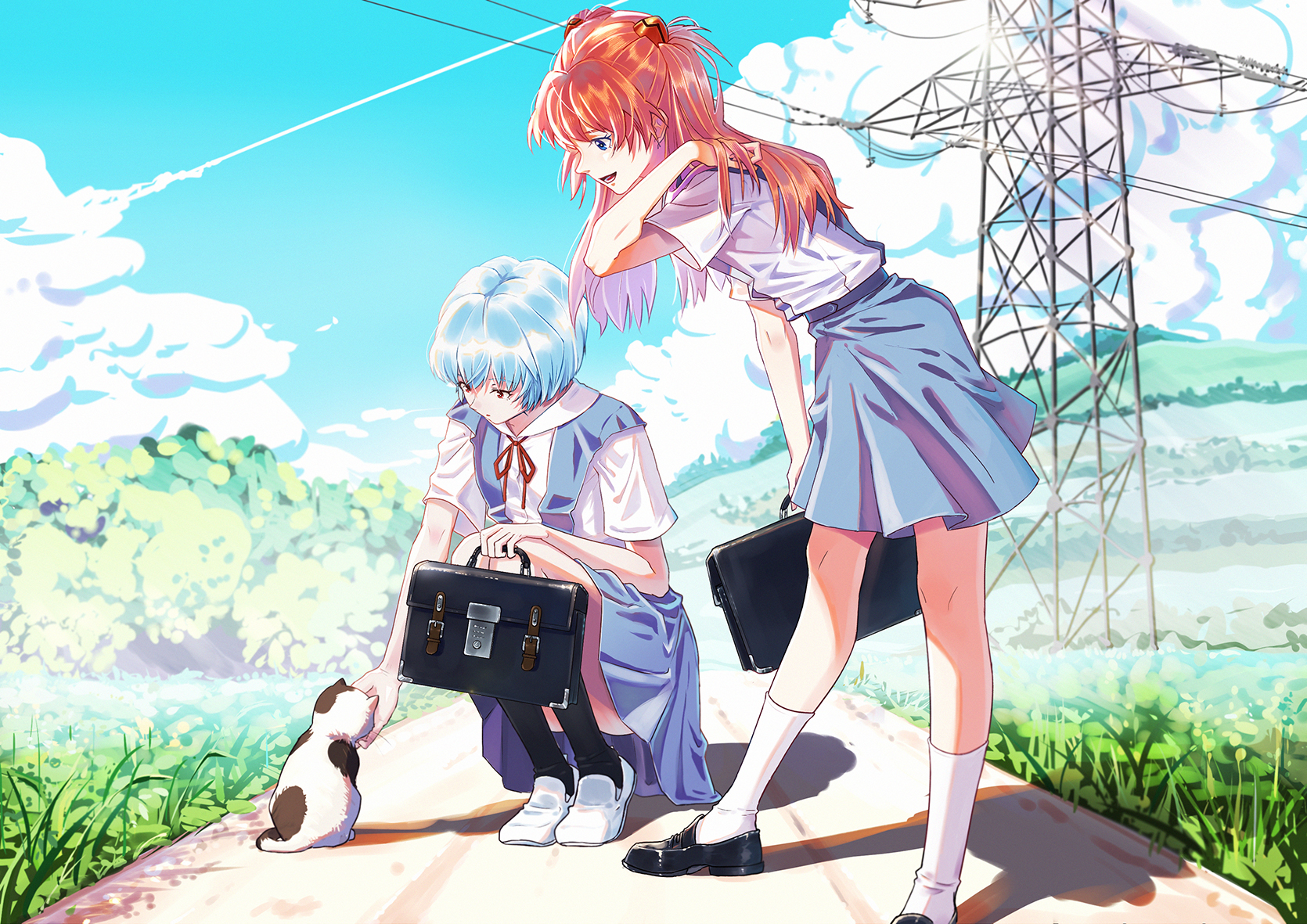 Please feel free to disregard or correct me on anything here. This is just me rambling about something on my mind that I don't fully have a proper opinion on yet. I just want to get it out there and hear what other people think. Am I crazy, or onto something here?

The more I objectively open my eyes to the org, it's becoming more and more apparent that they're obviously a corrupt and detrimental cult. But recently I've been getting the slight impression that it might actually be worse then that. The more I look into this stuff, the more they start resembling some kind of radical political group, or even stereotypically "evil" Satanists (as in, the Hollywood version of Satanists, not the actual real life Satanists, who surprisingly aren't actually bad people. But that's another topic.)

Most of this idea stems from how the cult is so starkly anti-LGBT, and beyond that, enforces strict dress and grooming rules that usually don't seem to be inspired by scripture at all. Like the whole no beards thing, even though Jesus himself, judging by the cult's own artwork, is depicted as having a beard. Why enforce that seemingly random rule so strongly?

And another thing, why is virtually every single member of the governing body an elderly, straight, white male? I mean that's giving me KKK vibes. Surely this isn't normal or good.

And their political stance is very strange. They claim neutrality, yet at the same time they are literally trying to take over the world and overthrow "all earthly governments". If that isn't radical terrorist activity, I don't know what is. It seems strongly implied that the only reason that they're "neutral" at all is because they realize they have virtually no real power. If they had things their way though, I'm sure they'd happily wage war on the "unbelievers," they just don't because they know that would backfire on them colossally.

Another thing that kinda sends up red flags is, why do they insist on not calling their "kingdom halls" churches? That just seems weird and suspect. Even calling them a religion seems to raise heckles. In their own Bible, people erected proper Temples in which to worship Jehovah, and he didn't seem to have any issue with it. So why's it a problem now?

And surely it should be considered extremely suspicious that they literally rewrote the Bible. I mean that's a HUGE red flag.

My roundabout point with all of this is, what if this obvious cult isn't merely a sect of Christianity, but an outright terrori

👍︎ 42
📰︎ r/exjw
💬︎
👤︎ u/OlorinTheOtaku
🚨︎ report
Me and my GF just moved out to The Mire where I plan on opening a bar named Ashes. Come stop by for a drink! 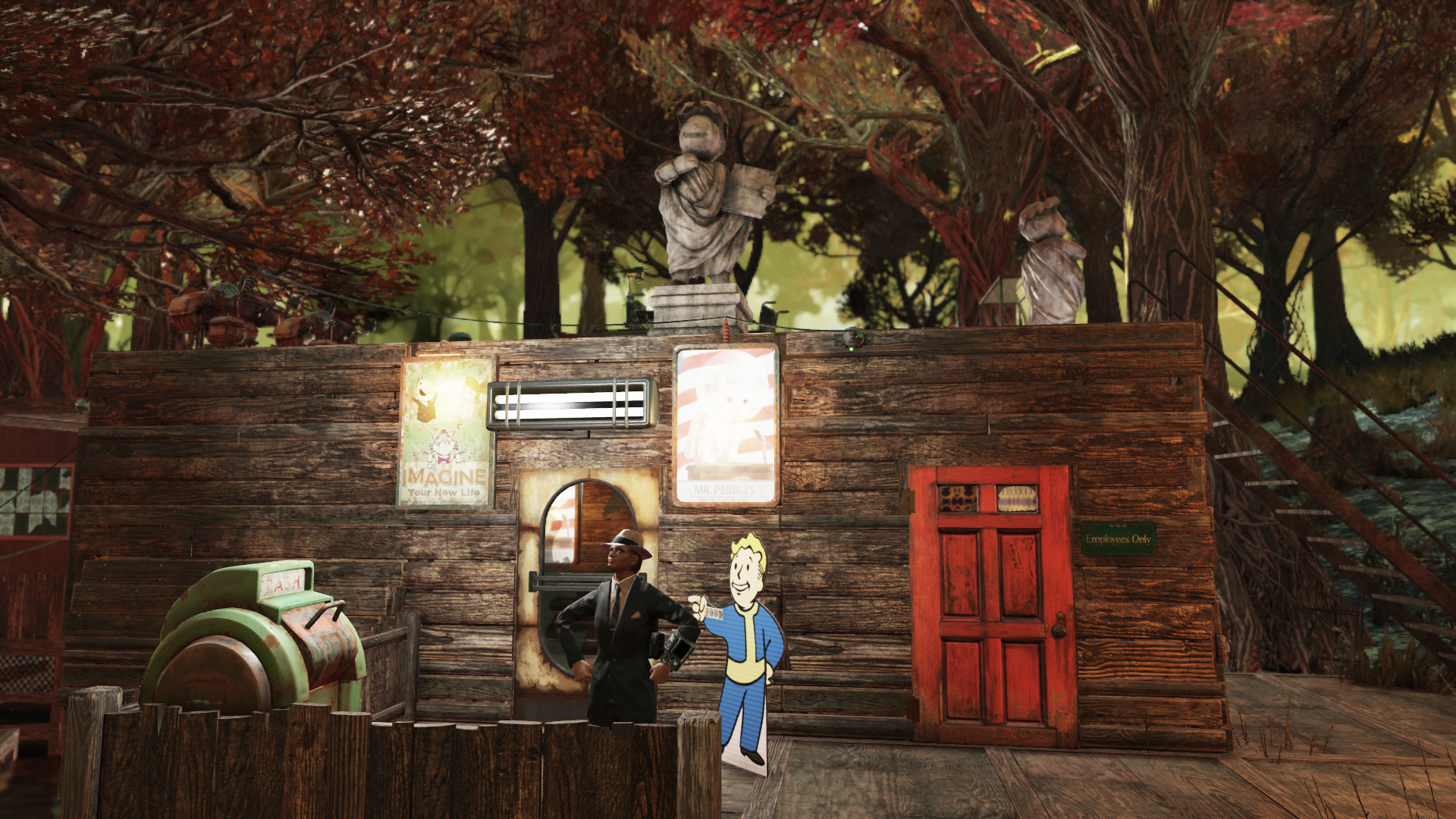 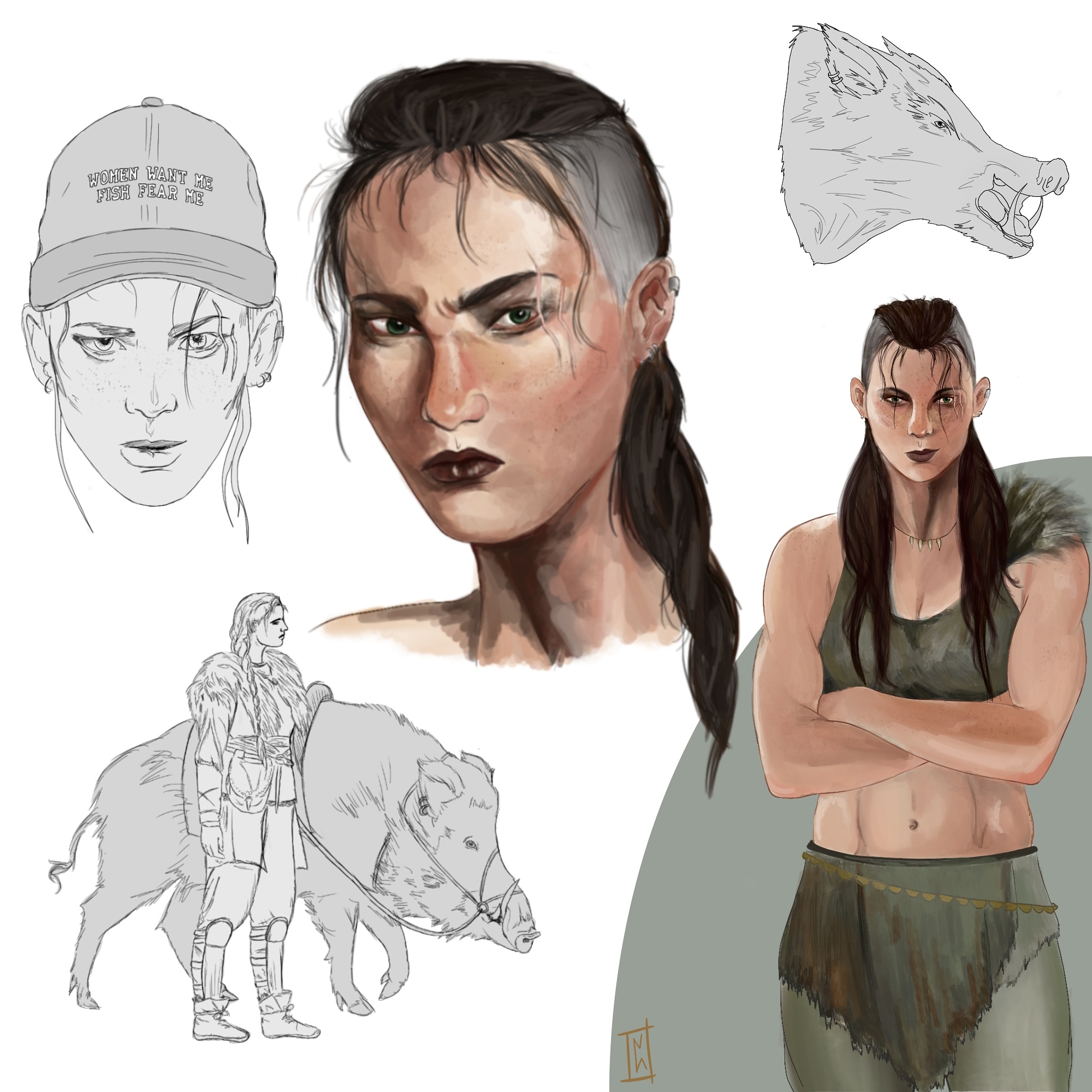 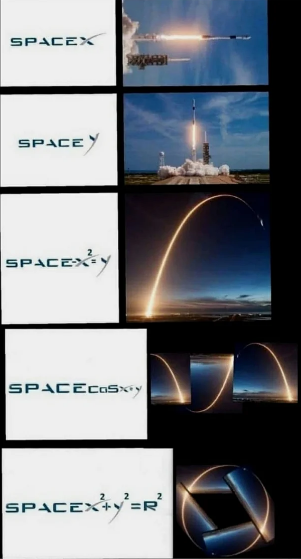 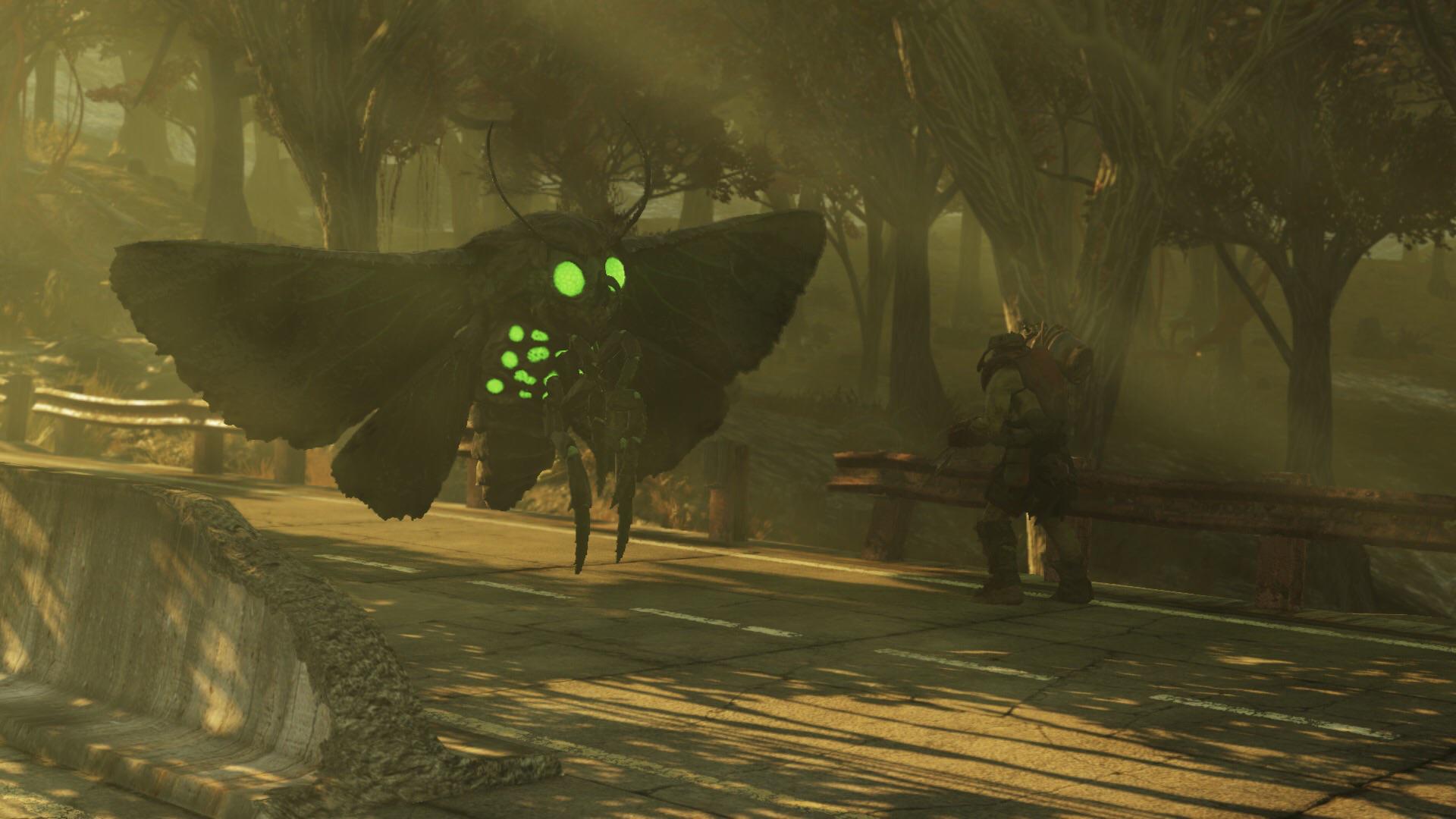 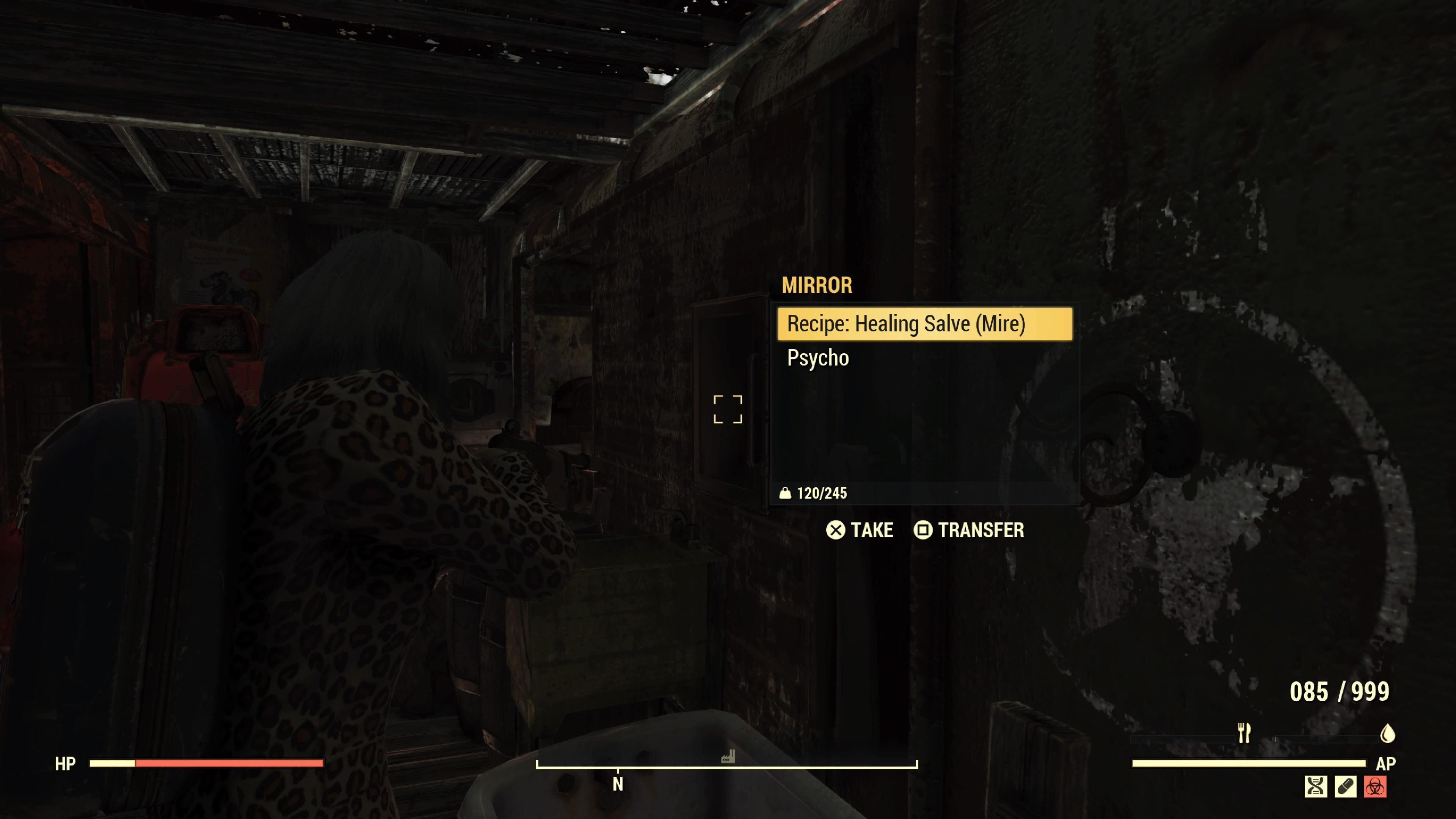 Hmu If u have any

Have Healing Salve Mire and want Jack Suit. Will add additional things in a trade such as weapons, apparel, plans and junk. 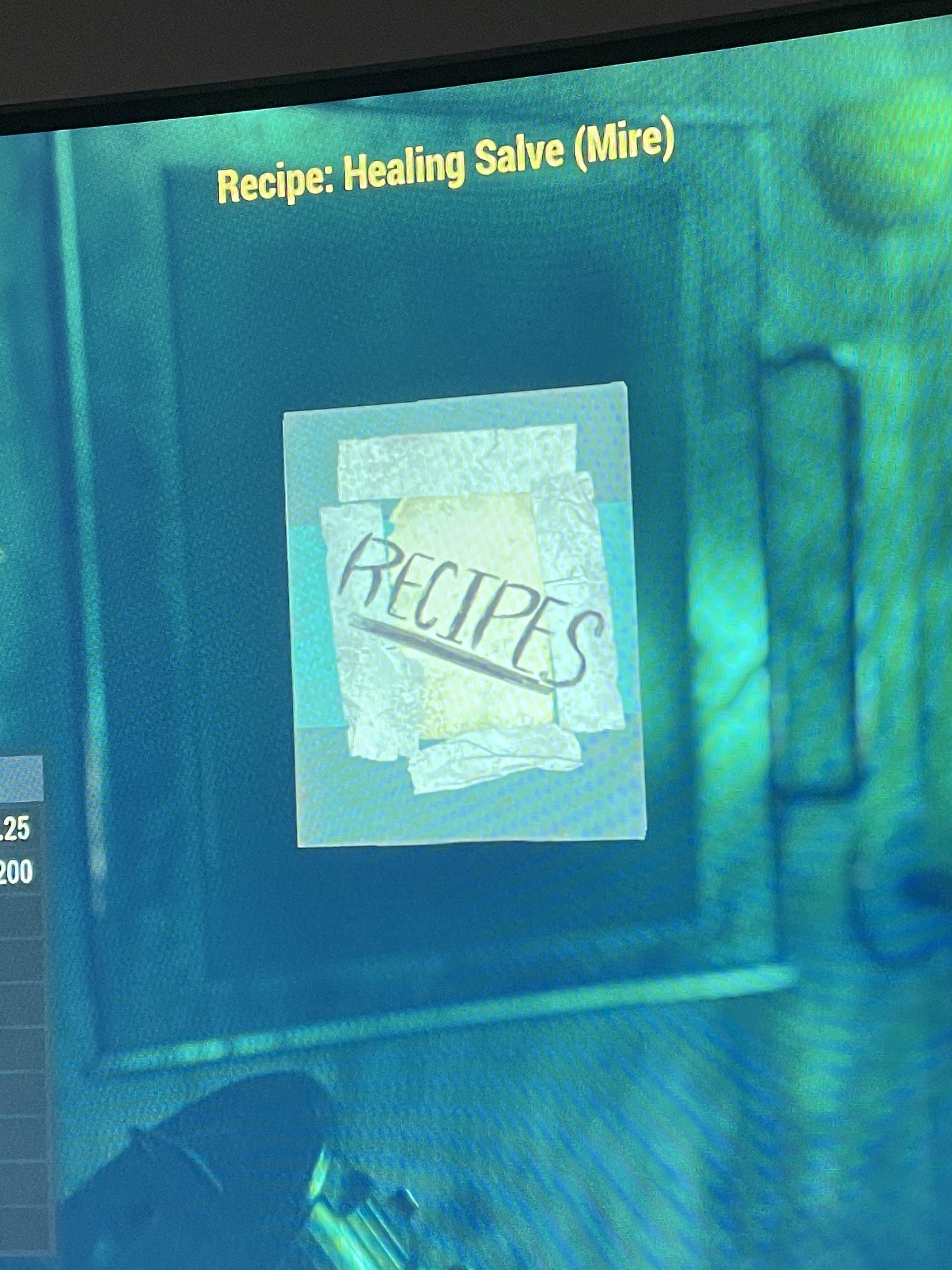 👍︎ 2
📰︎ r/Market76
💬︎
👤︎ u/SCHIZAKOPF
🚨︎ report
idk what the qualifications to be video game art disigner,like at all,but i really want to be one,i have a game concept in mind but right now all i have is this character animation,im making mire animations for my game concept,is making animations enough or no? v.redd.it/t7hspn35q5461
👍︎ 32
📰︎ r/gamedev
💬︎
👤︎ u/Cult-ImaginOfReddit
🚨︎ report
PSA: Superior Sigil of Bursting on PSNA at Mire Waypoint [&BLQDAAA=]

The Superior Sigil of Bursting is finally available thru the PSNA!

👍︎ 12
📰︎ r/Guildwars2
💬︎
👤︎ u/pfraites
🚨︎ report
Exploring uncharted territory in The Mire for the first time. Not sure what lies ahead, but I'm ready. ... I hope. 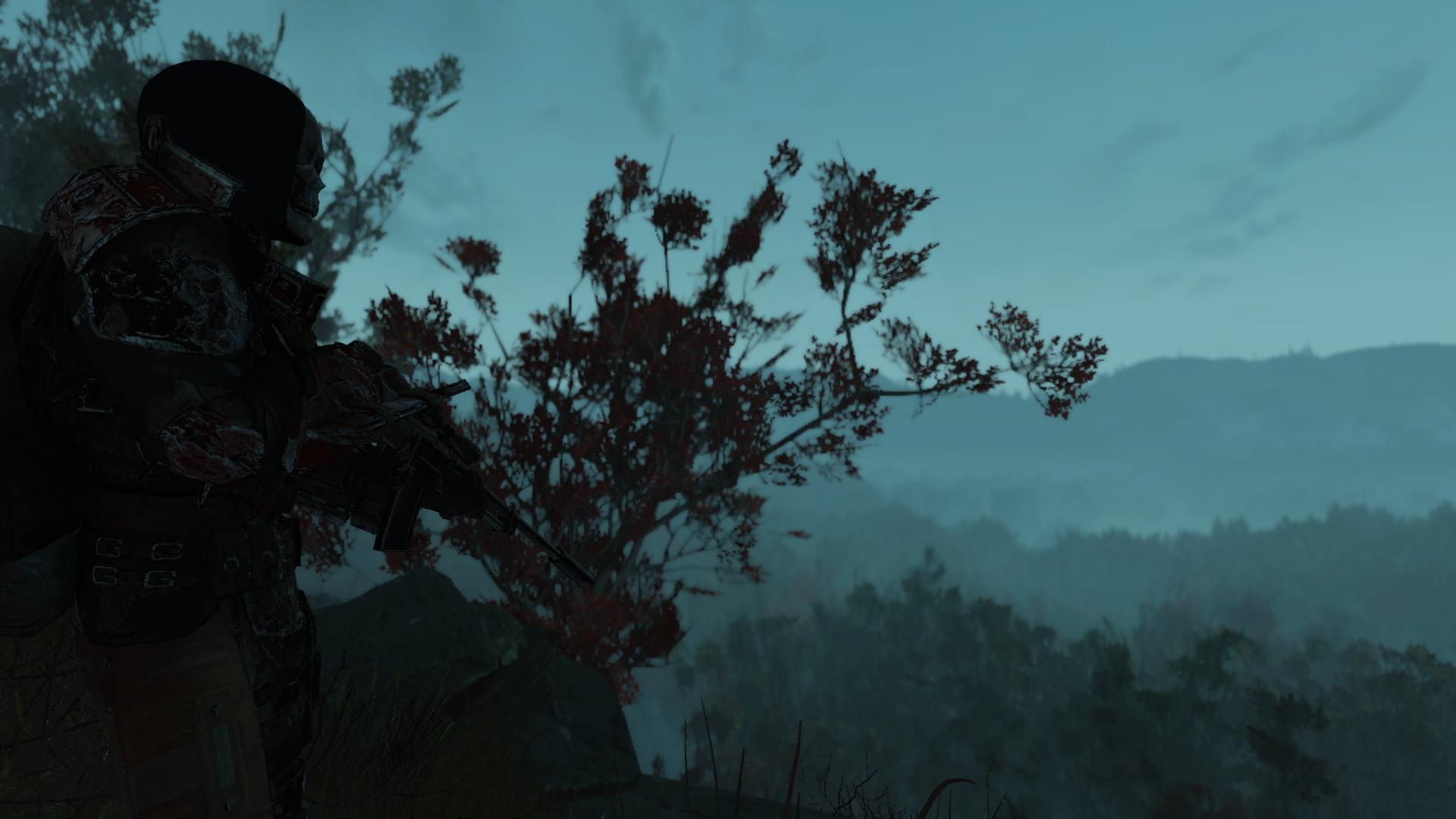 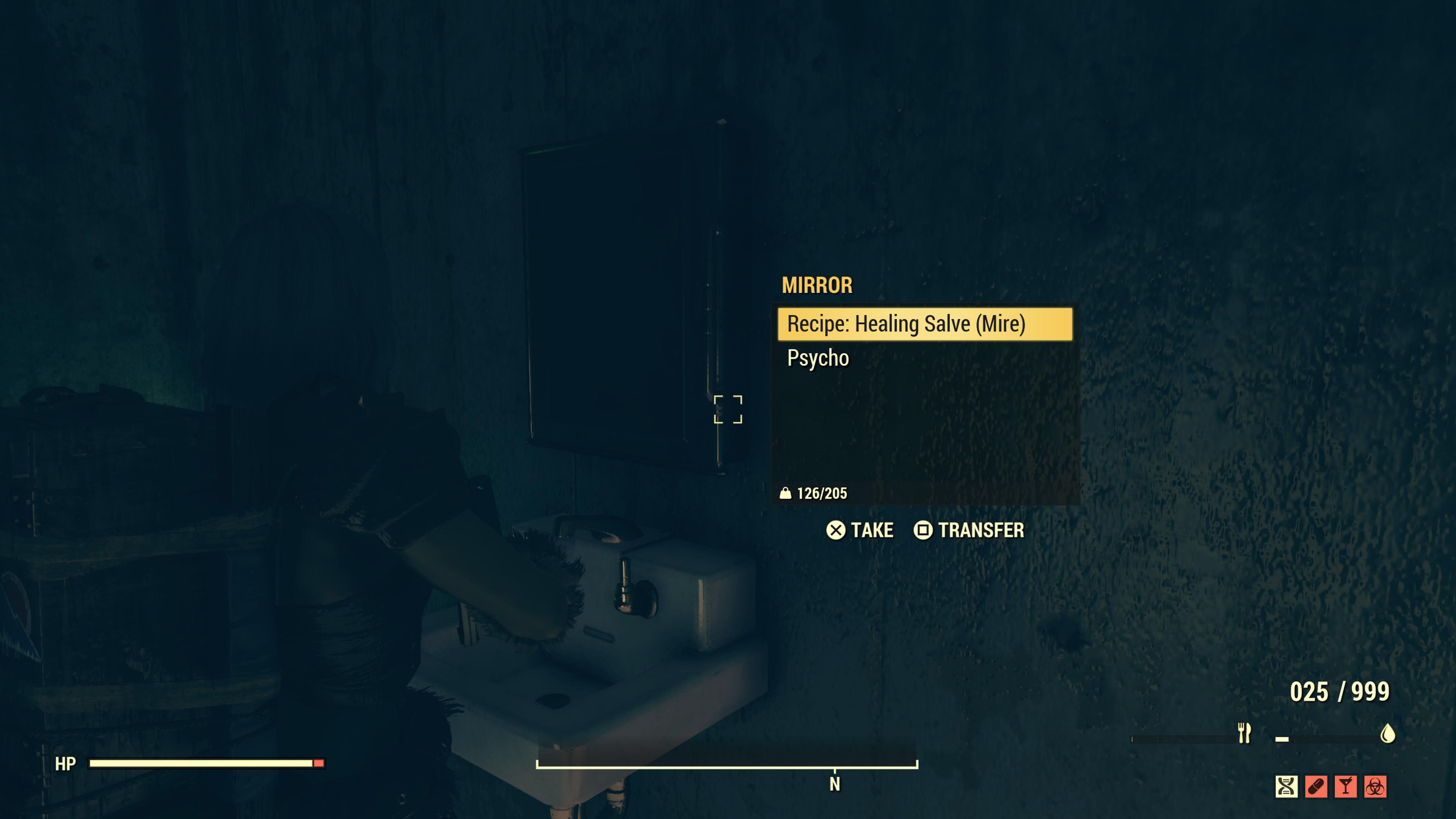 👍︎ 3
📰︎ r/Market76
💬︎
👤︎ u/AE_dayz_20
🚨︎ report
“It’s like this: the high plateau does not produce lotus flowers; it is the mire of the low swamplands that produces these flowers.” ---Zen Master Ta Hui 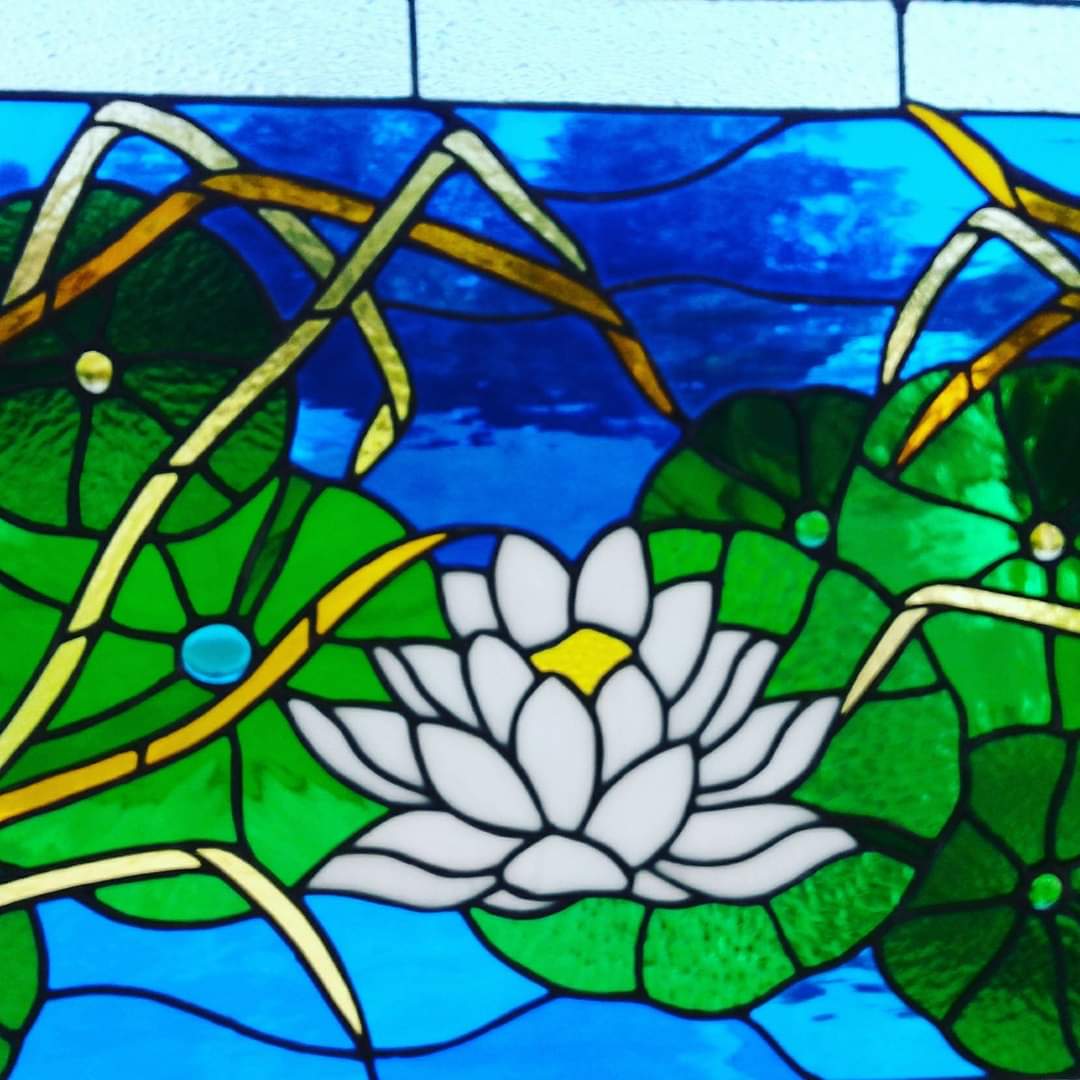