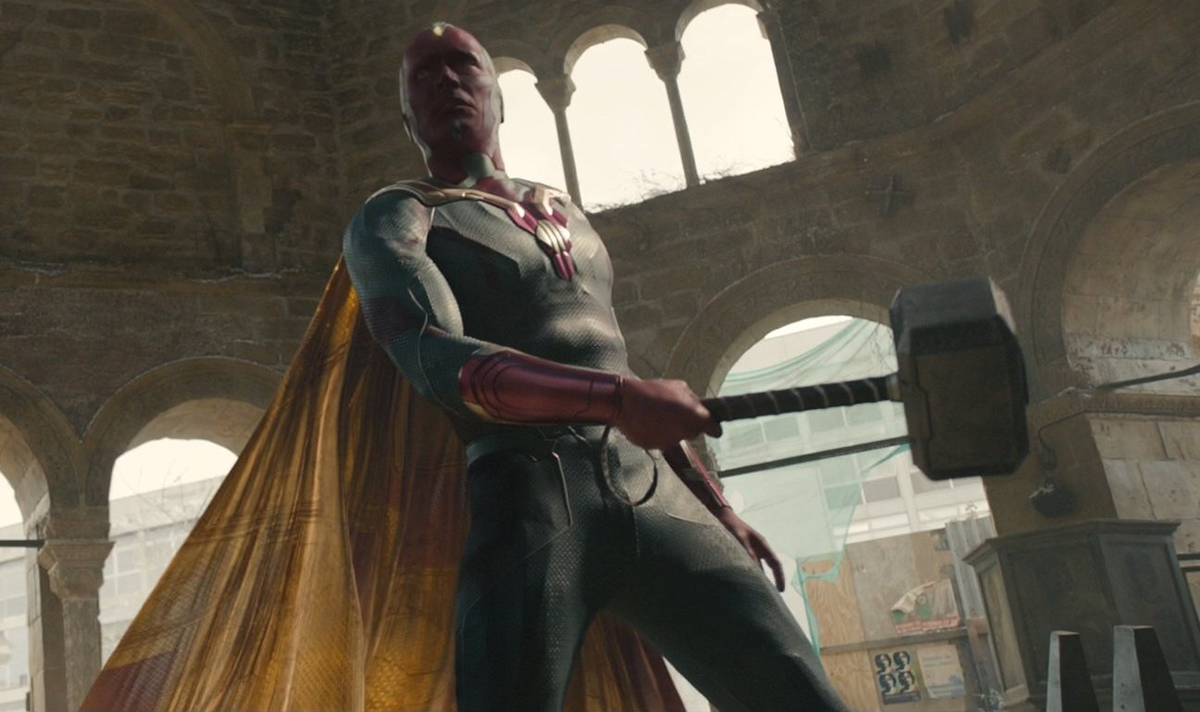 My (26F) sister, who I’ll call Emily moved in with her husband (29M), who I’ll call Roger two years back. Emily and I were never very close, but we were family nonetheless.

Recently, they decided to get their house renovated and because it’s been quite disastrous at their place, they asked if they could move in with me last week, I was a little shocked because we haven’t spoken in a while but I said it would be fine with me.

Emily wanted to have a talk-

She asked if her and Roger could have the place to themselves on Christmas Day and Christmas Eve. I asked where she thinks I can go, her response? “I don’t know, get a motel.” She continued to tell me how I can afford a couple days in a motel and it won’t kill me.

She told me it’s nothing against me, it’s just that they have their own traditions and like to spend the holiday together. They chose to get their house renovated during this time, KNOWING it would interfere with their Christmas traditions.

So, I asked them to leave. I can’t put my life on hold and move out because they want to spend the holiday with each other.

They won’t be homeless, my parents took them in but they called me absolutely infuriated because I refused to let them stay, and wouldn’t let them enjoy the holiday after all the trouble they went through with the renovations.

EDIT: thank you for the awards and support! I keep seeing the “how could you be an asshole” comment, I understand it, but my entire family did turn against me, that sort of thing messes with your head. Thank you nonetheless for all of your help. 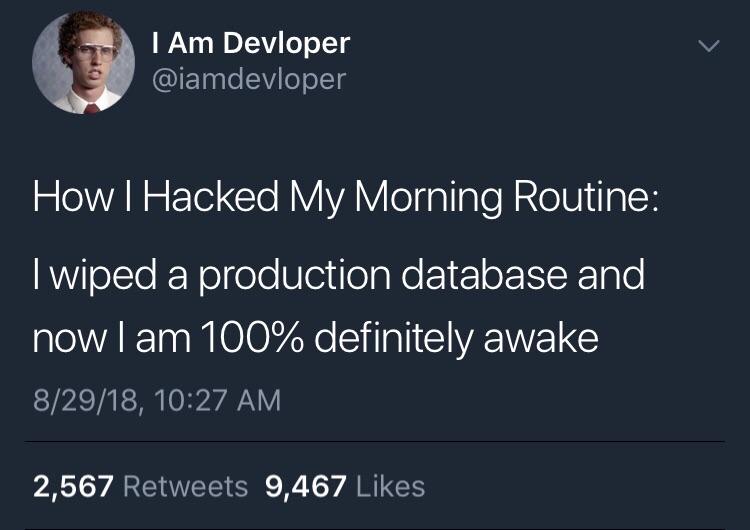 Summary: my gf was constantly sick, dizzy, and confused. I was getting angry at her about it because she refused to get help and it caused us to fight

It's been a long time since that post, but I received so much support and kindness from it that I wanted to give an update to anyone who may like to know what happened in the end

After many days and long nights in the ER with referral promises that never came to be, my gf finally got a referral to some kind of "diagnostic" clinic that works with "difficult problems"

The early hospital visits were enough to know that she had ulcers, but she was still sick even after they were seemigly healed. So they did more tests at more ER visits. Sometimes all they could do was hydrate her (she is constantly dehydrated) and tell her she needs to take stronger vitamins because is always mildly deficient in a few

The diagnostic clinic ran a f*ckton of blood tests looking for every possible thing. Like 3 blood tests a week. She must have been screened for every disease in existance. They found some mild liver dysfunction. Sorry if I report this incorrectly but she doesn't process bilirubin correctly as far as I understand it and that is an important liver thing.

After that, they still tested her for ever gastro and liver disease under the sun and it looks like she has a genetic thing that "sometimes but not always" causes stomach pain and puking. They basically told her that it sucks but isn't life threatening and all she can do is avoid putting stress on the body, so she has actually gotten much better at sleeping regular hours and not pushing herself physically and trying to drink enough water (or Gatorade, which she now claims to be superior to water, but whatever it seems to work)

She still throws up suddenly if she gets stressed out but it's much less frequent and for at least 2 months hasn't been getting randomly confused so that's a good sign. She says now that she has an "answer" it's easier to handle and I am not really pushing past that because it seems to be working.

She isn't angry with me anymore and said I wasn't wrong to be upset and she apologized for being difficult. But she says she was initially overwhelmed with never getting answers and never knowing how to eat or act to make a difference. So she never tried. She seems embarrass 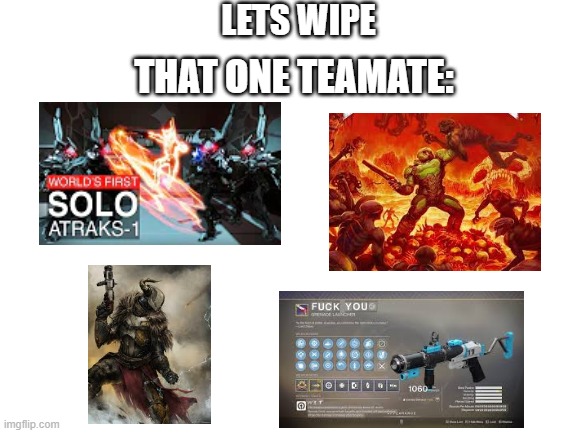 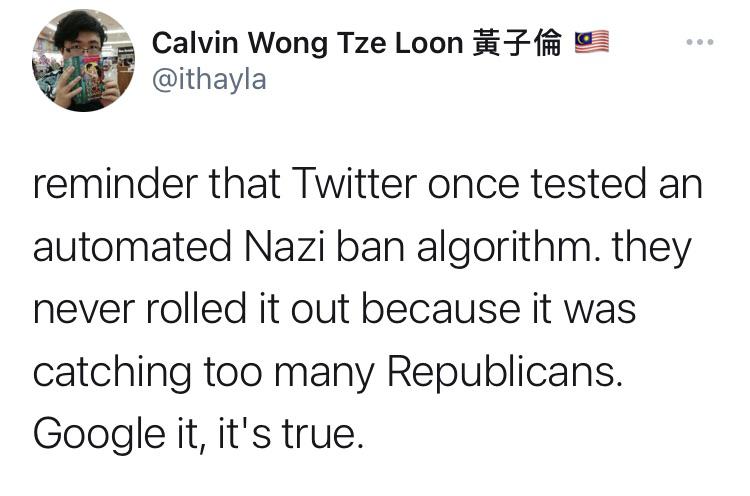 Dying of cancer and am so proud of the fight the Browns gave. Baker did amazing. But now I want revenge. You got this Bills. #SeipelStrong = #BillsStrong now! Go Bills Mafia!

So due to personal circumstances my (27M) best mate (26M) is staying at my house until February. My girlfriend (24F) who also lives with me was totally fine with this arrangement but then we have overheard him having sex three times in the 2 weeks he has been living here so far. It makes my girlfriend uncomfortable and she keeps telling me I need to kick him out because he's "disgusting." and "treating my house like it's a brothel."

Sure, it's a little awkward but I don't feel right telling my close friend of 10+ years to leave just because he has girls over. I'm not his dad, lol. Now my girlfriend is annoyed and calling me a dick for not taking her feelings into consideration and is threatening to leave until he is gone. I think she's being dramatic.

Recently my wife and I went on a vacation for two weeks. We're lucky that in our country, COVID has been kept at bay, so travelling within the country is pretty easy.

My dad lives in our apartment. He doesn't pay rent. While we were away, he continued living there. Upon our return, the place had pretty much been trashed.

There were fast food wrappers all over the floor, in the living room and bedrooms. Dirty shirts (several of them mine) being washed in the kitchen sink. Toilets in the bathrooms clogged up. One of the windows was left open during a rainstorm, letting rainwater in. Open condiment jars and cold cuts left out. Moldy food on the stove. A dozen half-finished coffees everywhere. Laundry just thrown on the floor in the living room. Appliances that were working perfectly fine before we left broken.

He is actually in good shape mentally, but he's just always been a slob.

This isn't the first time he's abused our space. He refuses to live by my rules, even though the house is in my name. A while back, he allowed his friends to use our home as a meeting place. When one of them started trying to recruit people for a MLM, I said that the party was over and that I wanted everyone off my property. I called the cops and unfortunately in the heat of the moment, I lost my temper in front of them by saying if f the cops didn't remove them from my property, I would do so with force. My dad then got upset with me because I had "disrespected" his friends and made him look bad.

I talked to my wife about it, and while she acknowledges that my dad is a slob and a hoarder, she doesn't want to kick him out because he gave us money towards the home for our wedding. She said that if something happened to him it would weigh on her conscience if she sided with me in asking him to leave.

TL;DR - Dad trashed my apartment and I want him to leave. Wife said she feels bad about asking him to leave because dad gave us some money to buy the house and because of the risk of something happening to him.

👍︎ 3k
📰︎ r/relationships
💬︎
👤︎ u/lightgeschwindigkeit
🚨︎ report
[NO SPOILERS] Posted this on Twitter and people got a kick out of it so I figured I'd post it here. Throwback to the time I dragged Matt Mercer into our Colossalcon room without knowing who he was. Story in the comments. 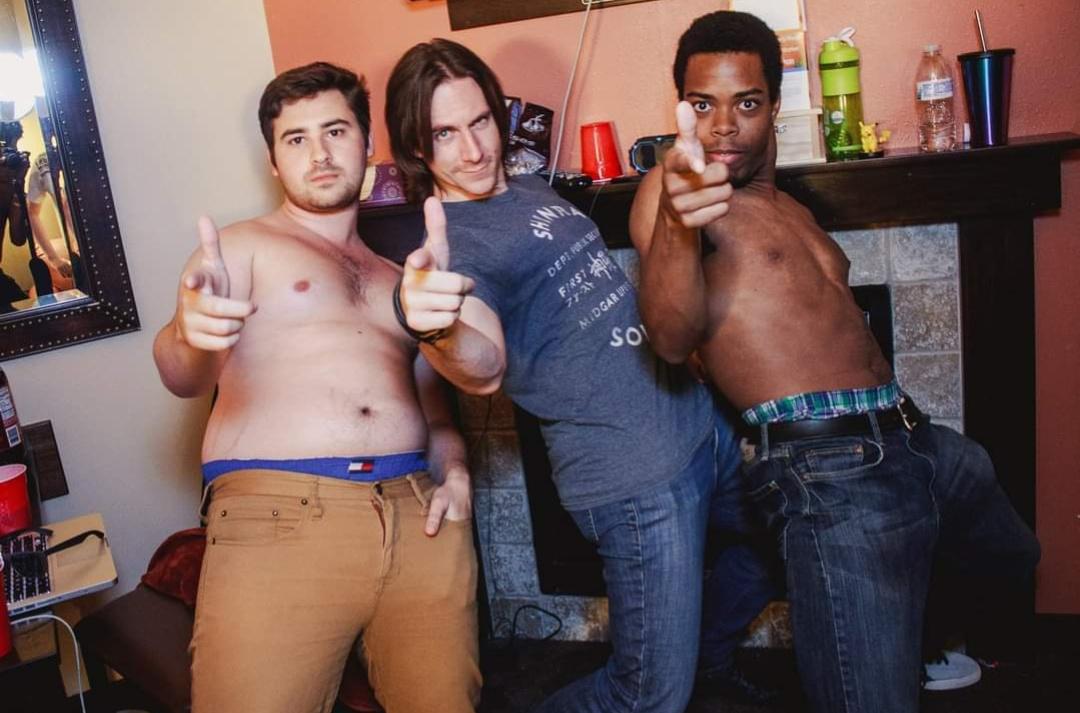 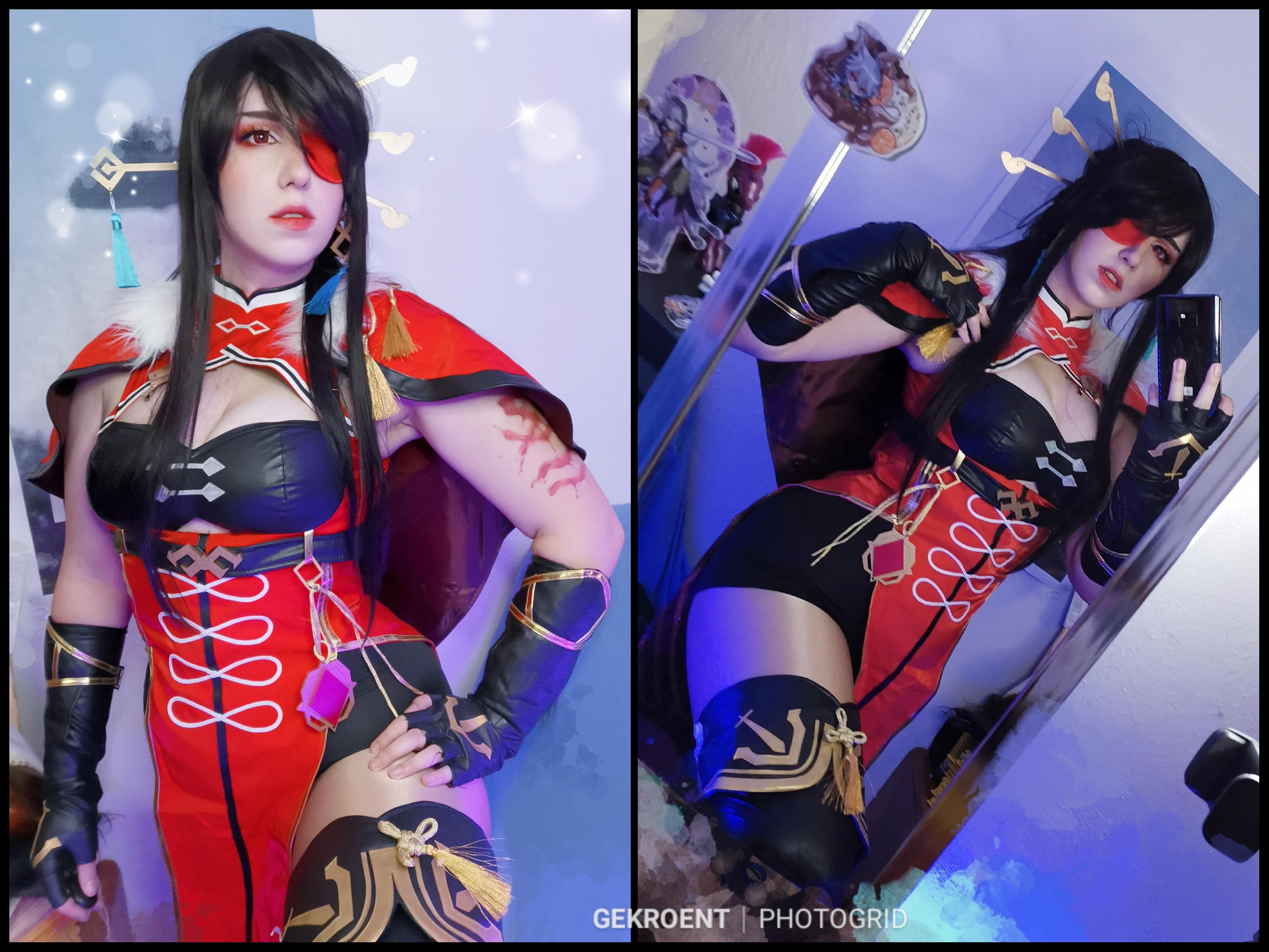 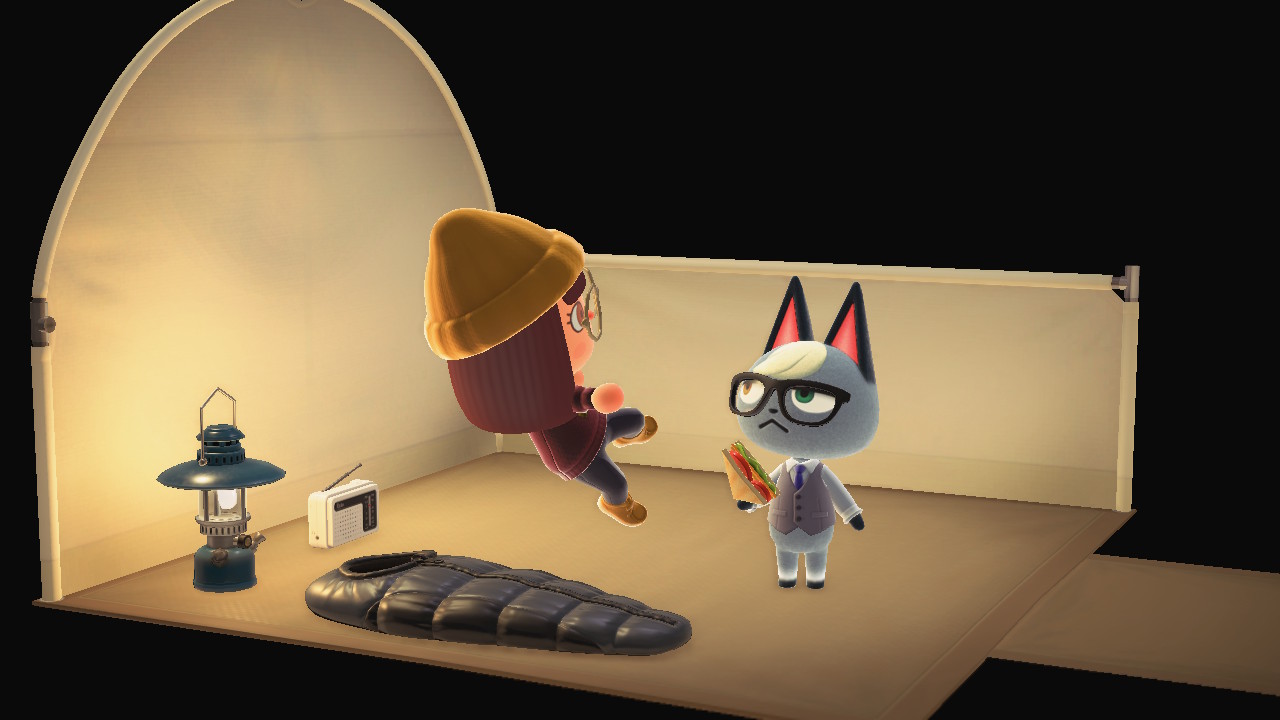 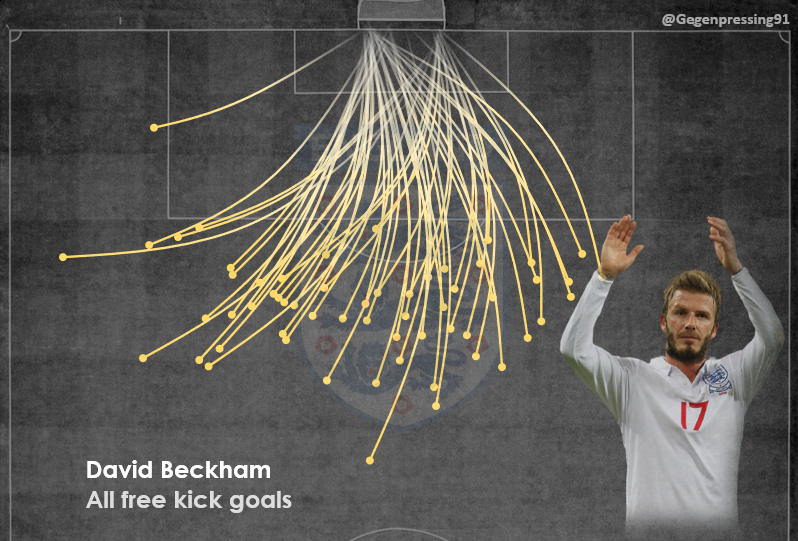 👍︎ 2k
📰︎ r/wow
💬︎
👤︎ u/jimmigrantmentality
🚨︎ report
She tried to kick me while I was down, met the steel of my husband's blinding spine.

Again, do not steal my story; this is MY telenovela, get your own!

Sorry in advance for the length, its a long one!

Sooo I'm baaacck! Did ya miss me? It's been a while since I posted, since it was for the most part fairly quiet this last month or so....alas that was just the calm before the storm. But before diving into the drama, there is good news! Baby squish is here, she was born at 1:45 AM on 11/18, after only an hour and a half of labor; she was just as ready to be here as I was to meet her. She is thriving and doing great and we have finally gotten into a good routine as a family of 5!....and now, onto the show!

For those of you who aren't familiar with my little telenovela, feel free to take a look at my post history to get caught up.

So when I last visited with you all, I had just freaked out on my JNMIL, JNSIL and JMSIL over lying to me and basically kidnapping my daughter to go to MIL birthday party. There really was very little fallout from the incident, since I had made it quite clear what consequences would be. For those of you that are read up, I was especially devastated because my older JYSIL had taken part in the overall lie and used my trust in her against me, which placed her firmly in the JNSIL category along with MIL and SIL2. After I had calmed myself down several days later; I did reach out to SIL1 to get an explanation as to why she got involved and broke my trust. I knew she had to have a good reason, as she had always made it a point in the past to never get involved in the drama and we had a mutual respect for one another and I felt at the least I was owed an explanation from her, but I wasn't expecting what I got. It turns out that JNMIL dearest went crying to her EXDH mother about how I was so cruel and was keeping the kids from her and their cousins(JNSIL's kids) and all she wanted was for all the kids to be together for her birthday, that wasn't too much to ask; but mean old Villma2016 said no and oh WOE IS ME!(insert barf face and eyeroll deep enough to see the back of my brain). Now abuela(GMA) is almost 80 years old and was just diagnosed with Alzheimer's right before I found out I was pregnant, so just under a year ago...while she is still lucid most of the day, the onset has been rapid and she is starting to forget things and get them confused, one of the things she has forgotten is that FIL and MIL are divorced; which my MIL KNEW as her older brother is one of abuela's caretakers since he is