Java programmers are getting older 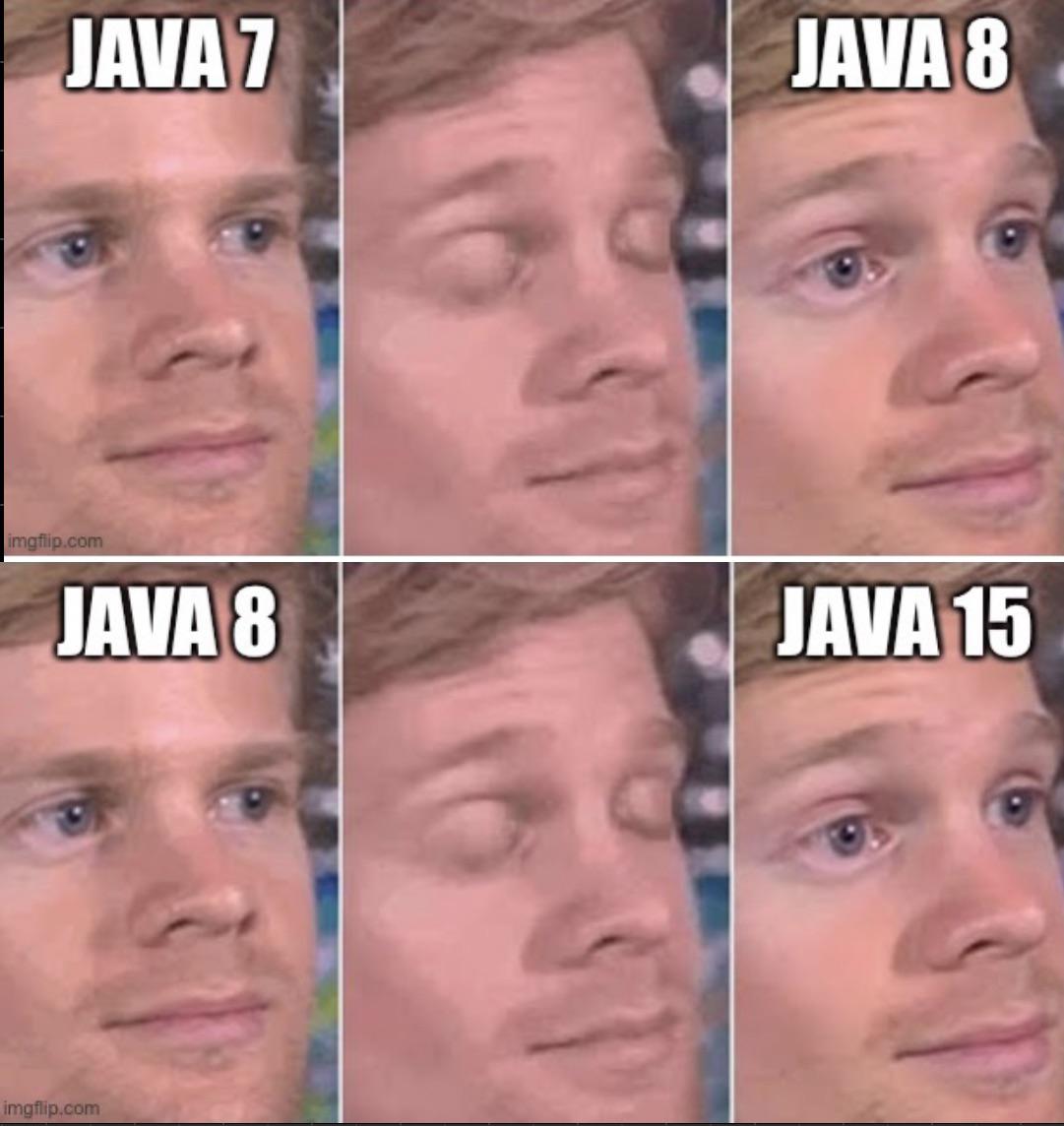 2 weeks ago, I got Minecraft: Java Edition works on my iPhone. Now I finished this with all of necessary features:

Also, I might considering put this up on a repository.
Big thanks to u/T0XicGreif3r - Procursus, who ported OpenJDK to iOS to make this possible and contributors of this project. 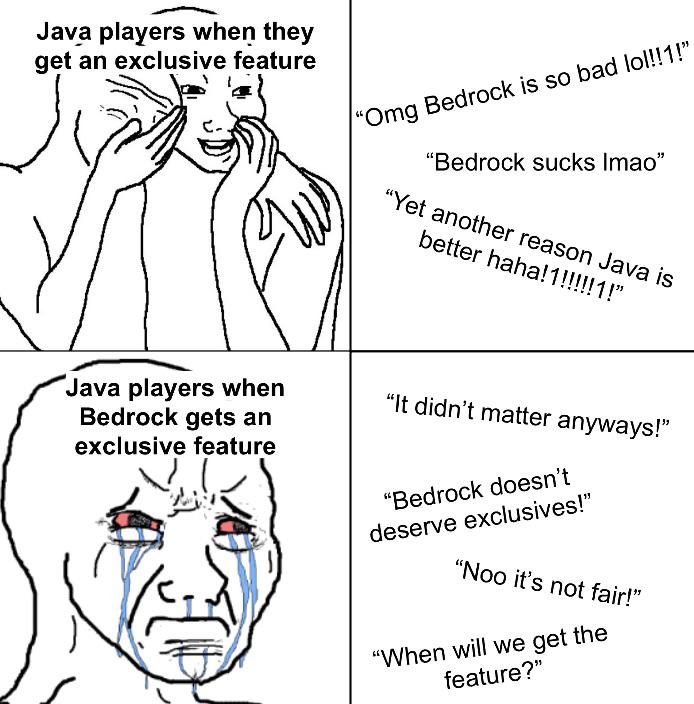 I made a post the other day about Optifine and mentioned Sodium in it. However that was before I knew there was a more experimental version of Sodium which runs way better.

Here was my original testing:

I also did some tests with Sodium 0.1.0 which while better than native were far behind Optifine

It runs much better after you set the settings to use the 4.3 renderer

Now you can see that my GPU is still not being fully utilized, but its clear that there are major issues with Minecraft's code code, which is often called out by developers when looking at some other mods that help with optimizations

So there you have it, replace the poor performance from the default minecraft engine and get up to 16x performance just by fixing its rendering pipeline.

Older post here which includes info on how to install Optifine: https://www.reddit.com/r/Amd/comments/l7ak6a/minecraft_players_make_sure_to_use_optifine_or/

Edit: Wow thanks for all the support guys, glad its helping people out! :)

I forgot to mention but you need to be logged into github to get the download file, also that link will probably exp

Pretty simple, really. We use keyboards... with a space key... to jump... while playing on a computer set up... You know, the systems that run Java? I can promise you that anyone playing Java who needs auto jump is in the minority.

The entirety of the people I play with all get extremely frustrated when switching between 1.8 and the versions with auto jump (1.10+ I think) because every time they need to go in and disable the feature...

And although there are many ways to get around this with managing game instances and launcher profiles (I have a dozen different launcher profiles just so I can ensure that the settings I prefer are always set to the exact numbers I like them at), it's far easier to just have the feature disabled by default!

Also, if this is listed in the "frequently posted suggestions" list, why isn't it done yet? It's been 3 years! The only logical conclusion is that nobody has suggested this idea ever considering how easy it is to disable a feature like this.

It is literally as easy as having the default generated options.txt file have this:

By the way, this setting doesn't require any digging at all. It is located on the second line in the options.txt file.

In college, I was introduced to coding through MATLAB and fell in love. Telling a computer to do all the hard work for you? Yes! But once I graduated and started working, I didn't have the time to continue learning. Then, Covid happened and I found myself without a job and decided that I finally have the time to learn a skill I'm so fond of. I tried learning Java through Codecademy and just didn't feel like I learned anything, so I bought Head First to try to actually learn some theory. After chapter 6 I still felt like I wasn't learning HOW to code, so I went to kattis for some prompts to test out if I even knew anything. To my surprise I was able to write my first ever Java program!

Even though it's a 29 line code that calculates distance given speed and time, this is great motivation to keep doing what I'm doing!

Thank you to the community for motivating me whenever I'm sitting around browsing Reddit. Anytime I see a success story of someone earning a job from being self-taught, it motivates me to put in even an hour at a time to work towards my goal.

👍︎ 5k
📰︎ r/2007scape
💬︎
👤︎ u/OCDemonic
🚨︎ report
My baby boy Java passed away a few days ago after spending over 15 years of laying on me every day. Thank you for being my best friend, always letting me hold you when I needed to, and all the loving head boops a dork could ask for. May you rest in peace. 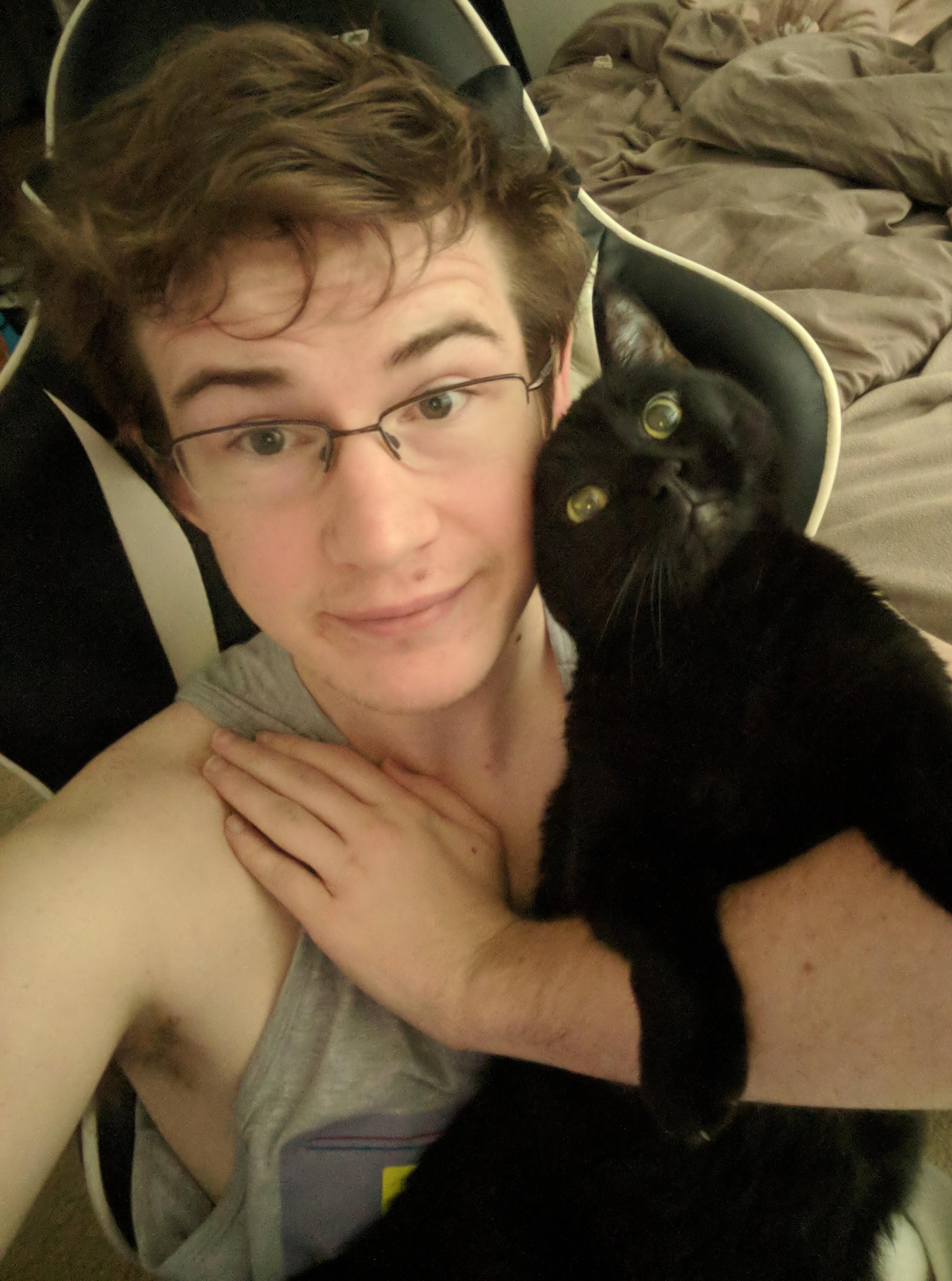 👍︎ 4k
📰︎ r/blackcats
💬︎
👤︎ u/JustinDunk1n
🚨︎ report
Today is my Minecraft birthday! One year ago today I bought the switch edition and immediately spent hours building a little village. I fell in love and have been building a huge city on a Java server in creative mode for the past 11 months! What a wonderful game! reddit.com/gallery/lfunjf
👍︎ 1k
📰︎ r/Minecraftbuilds
💬︎
👤︎ u/Astrophagy
🚨︎ report
I made a datapack that lets you wear items on your head, and its completely survival friendly! (Java 1.17 Only) v.redd.it/yj8mrw72h7h61
👍︎ 1k
📰︎ r/Minecraft
💬︎
👤︎ u/The_Konester
🚨︎ report
I just got java recently!! 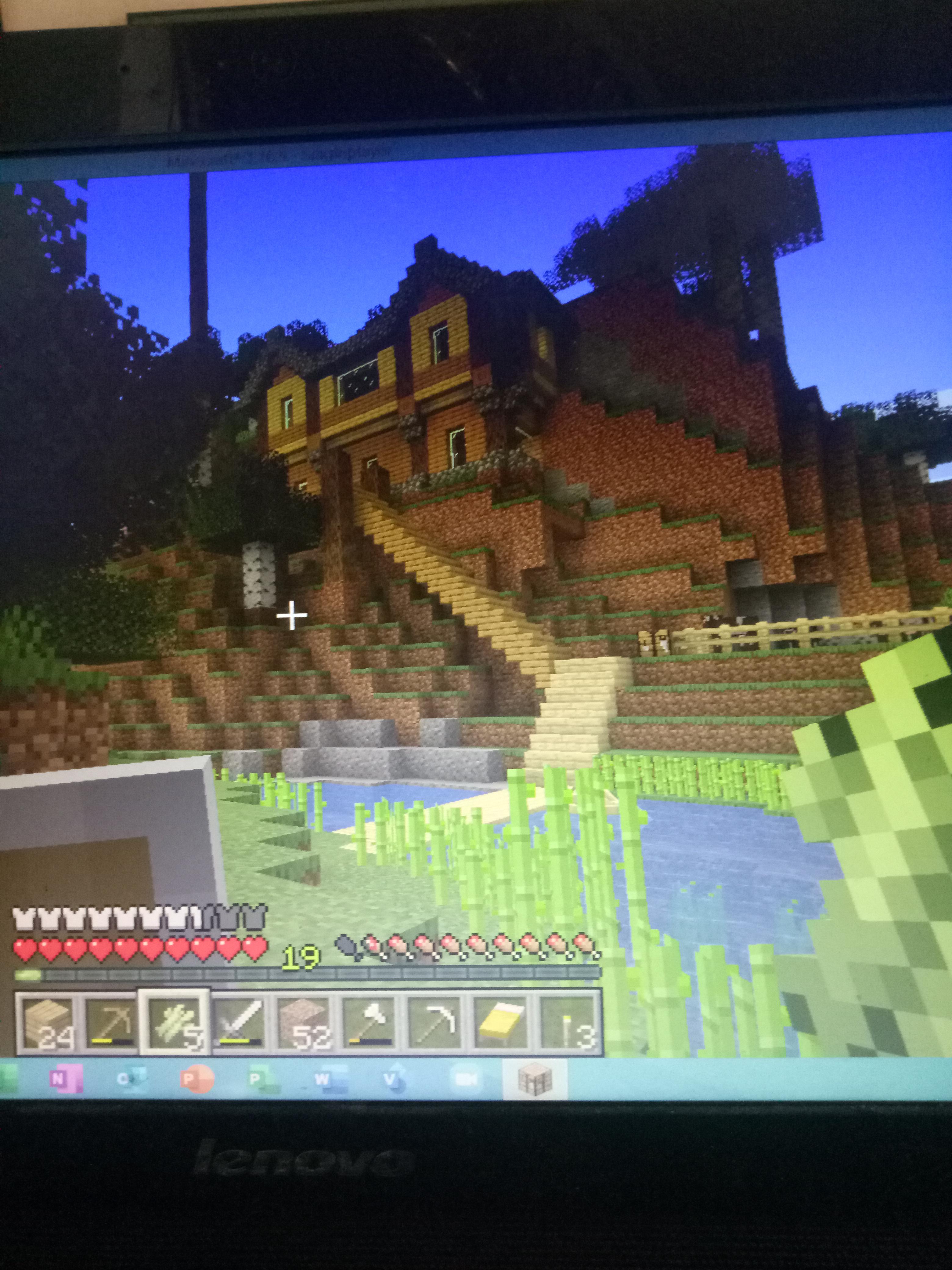 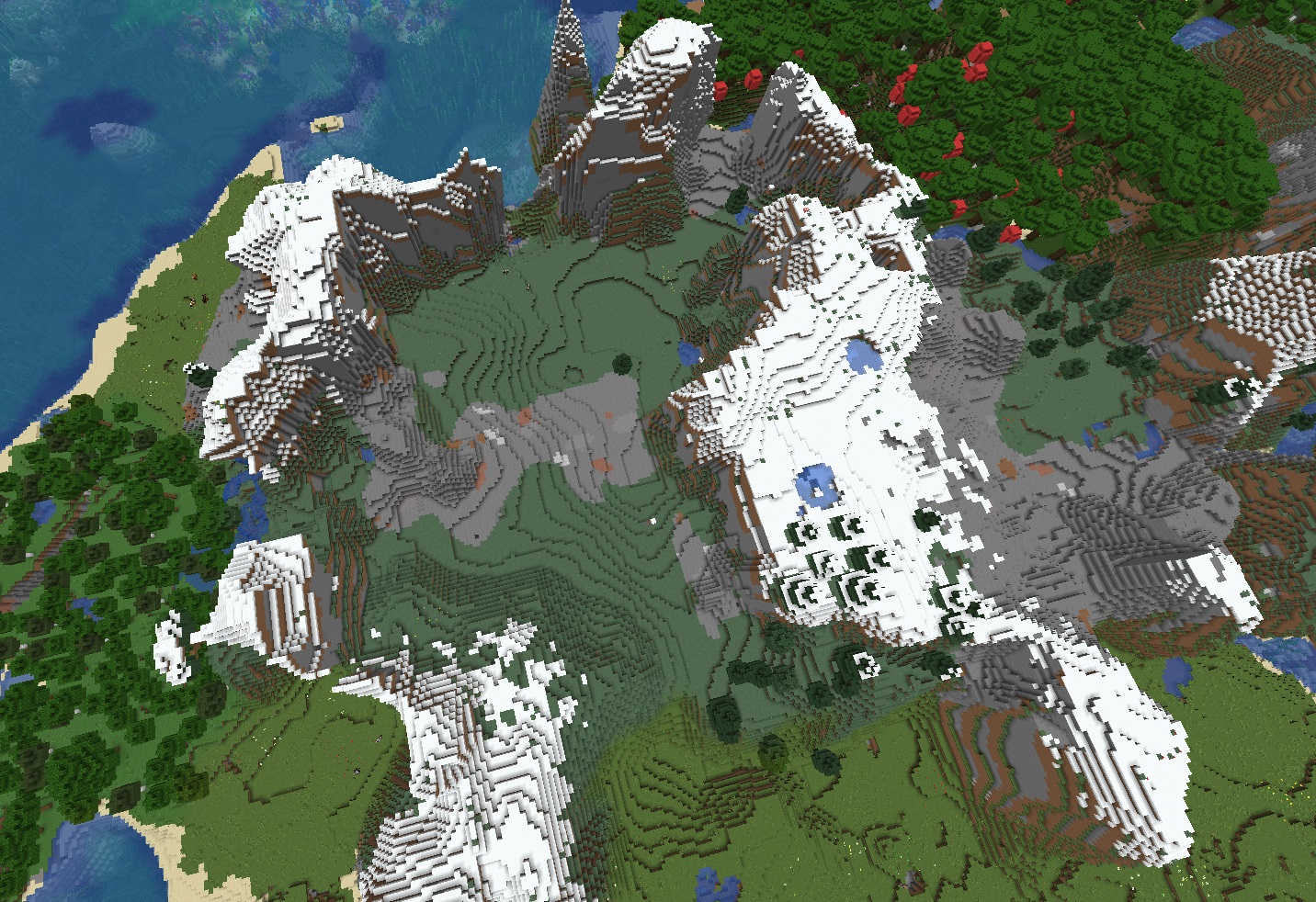 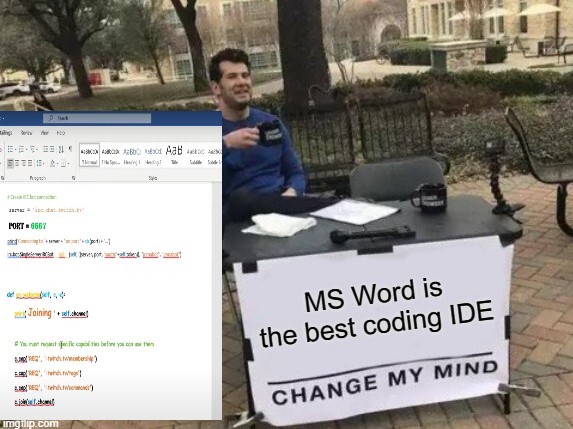 For me its string interpolation, named parameters and a 'val' keyword what about you guys?

👍︎ 88
📰︎ r/java
💬︎
👤︎ u/Carlislee
🚨︎ report
So i write this code yesterday. Left(Kt), Right(Java). I wrote it in Kotlin first and just wondered how it would look in Java. Java is just toooooo much! Why is it so hard for many Java developers to see how great Kotlin is, many just refuse to learn it. 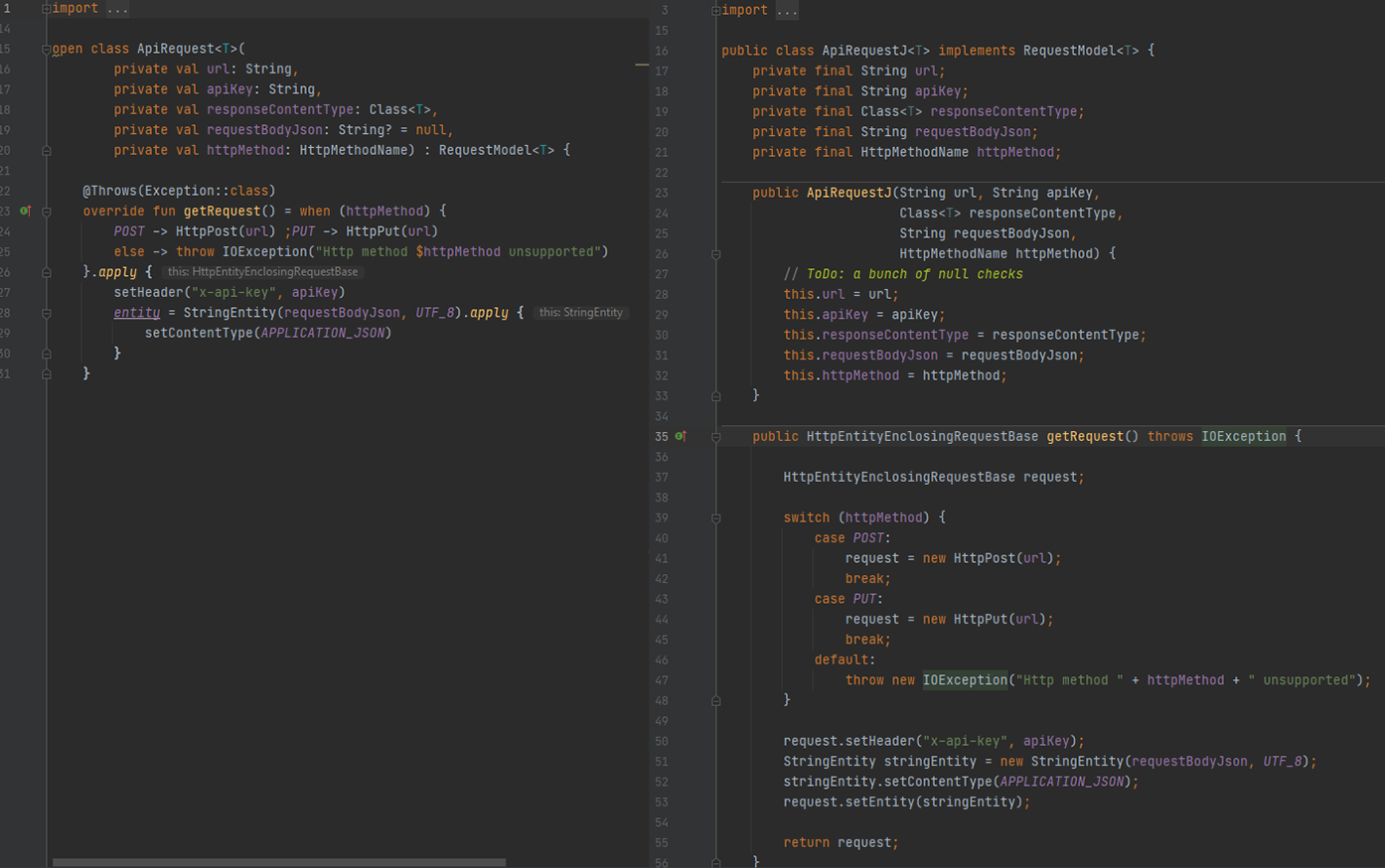 Happy Friday! We are now releasing 1.16.5, which fixes two critical stability issues that could cause servers to crash. We are not releasing more information about these issues at this time to protect servers that have not yet updated.

This release is network compatible with 1.16.4 - this means you do not need to upgrade your game right away to play on an upgraded server. However, we highly encourage all server owners to update as soon as possible to apply the stability fixes.

Next week, we aim to release the next snapshot of Caves & Cliffs. Stay tuned!

This update can also be found on minecraft.net.

To install the release, open up the Minecraft Launcher and click play! Make sure your Launcher is set to the "Latest Release" option.

What else is new?

👍︎ 1k
📰︎ r/Minecraft
💬︎
👤︎ u/sliced_lime
🚨︎ report
Introducing Tiger Universal Double Piston Extender All Directions Works In Java And Bedrock Feedback and questions In Replies (Made And Designed By Me So Proud Of Myself) reddit.com/gallery/li6s13
👍︎ 603
📰︎ r/redstone
💬︎
👤︎ u/TigerBRL
🚨︎ report
Why Java gotta be like that tho... 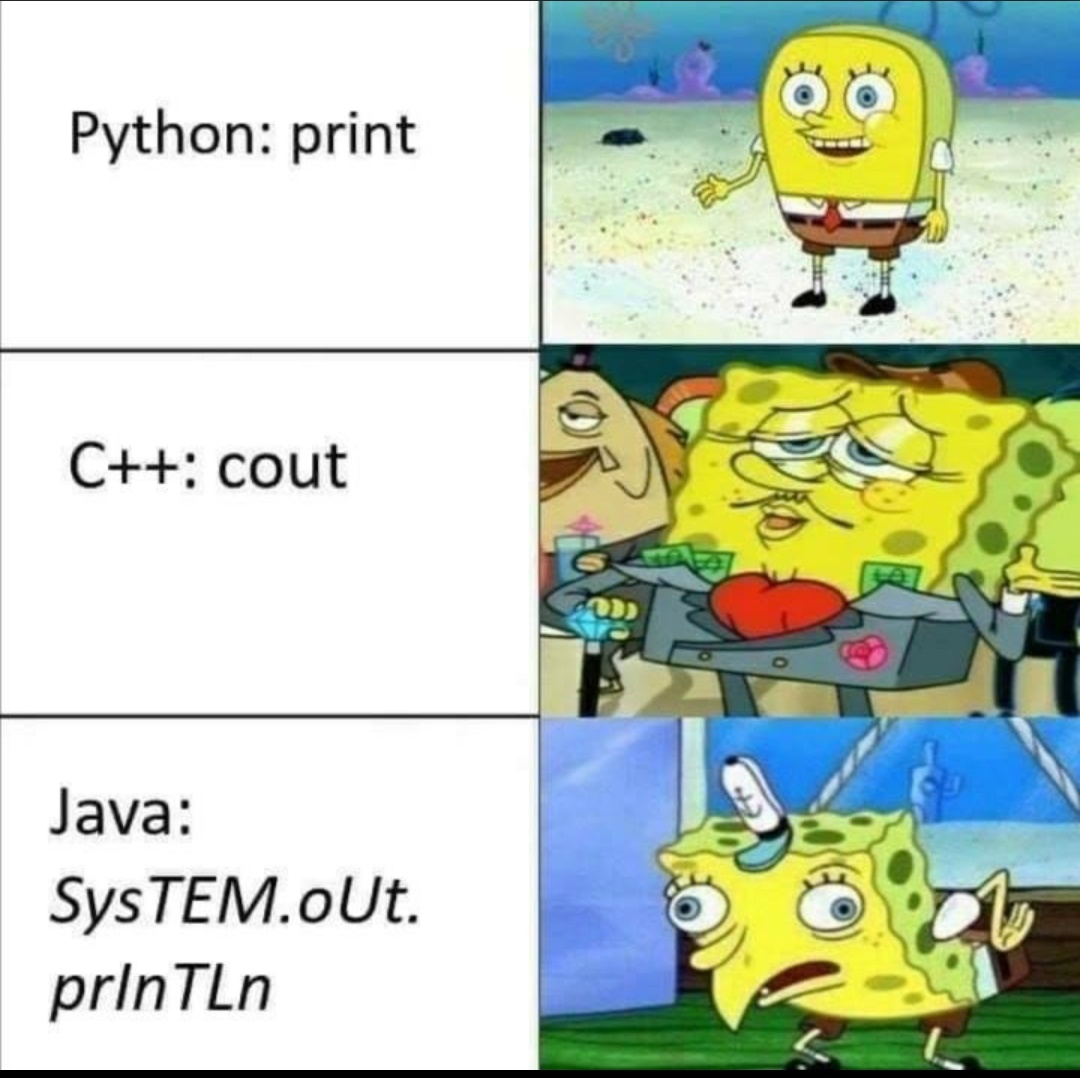 I don't talk about my open-source project on this subreddit very much, but the code has been open for almost a year now and the game has been so well-received that I figure maybe I should remind my fellow Java developers about it.

It's a "space 4X" strategy game called "Remnants of the Precursors" which is in turn a very faithful modernization of the 1993 classic "Master of Orion".

The source code is on github at https://github.com/rayfowler/rotp-public

The game is downloadable from itch.io: https://rayfowler.itch.io/remnants-of-the-precursors

When I originally started development of this game in 2015, like most developers I hilariously assumed that I would finish it in about a year and re-use artwork from the original game or get something on the cheap. But in the process of finding an artist online, I ran into this amazing artist named Petar Penev and decided to go "all in" on this project because he was just so talented.

Like so many of you, I've learned first-hand that you can make a really good salary as a Java dev, so I self-funded this project for about 3 years until I retired in 2018 (I'm old, sue me). I was extremely lucky that a friend at my job was super well-versed in sci-fi and was actually a talented writer having to pay his way through life as a technical writer. So he has done a tremendous job with the writing in the game.

Finally, my wife is an illustrator by trade and got sick of looking at my terrible "programmer UIs" and embarked on a several-year effort to remake all of the UIs in the game in her spare time. This of course required a tremendous amount of re-coding on my side because I instructed her to design her UIs completely in Paintshop and then let me figure out how to implement it in Java. Sometimes I have nightmares about gradients and wake up screaming.

She also made this trailer last year for the game: https://www.youtube.com/watch?v=VusDAxLpJ9I

Once I reached "feature complete" and started an open beta last Spring, I finally opened up the source code because I thought most of the churn was done. Since then, I've enjoyed the benefits of several Java developers contributing to the project and helping improve it.

I'm not asking anyone in here to contribute. The game is basically done! But if you are curious at how the "sausage is made" for a video game that has surprisingly turned out very well, feel free to clone the repo and take a look at the code. I've never made a video game before and the source code reflects th 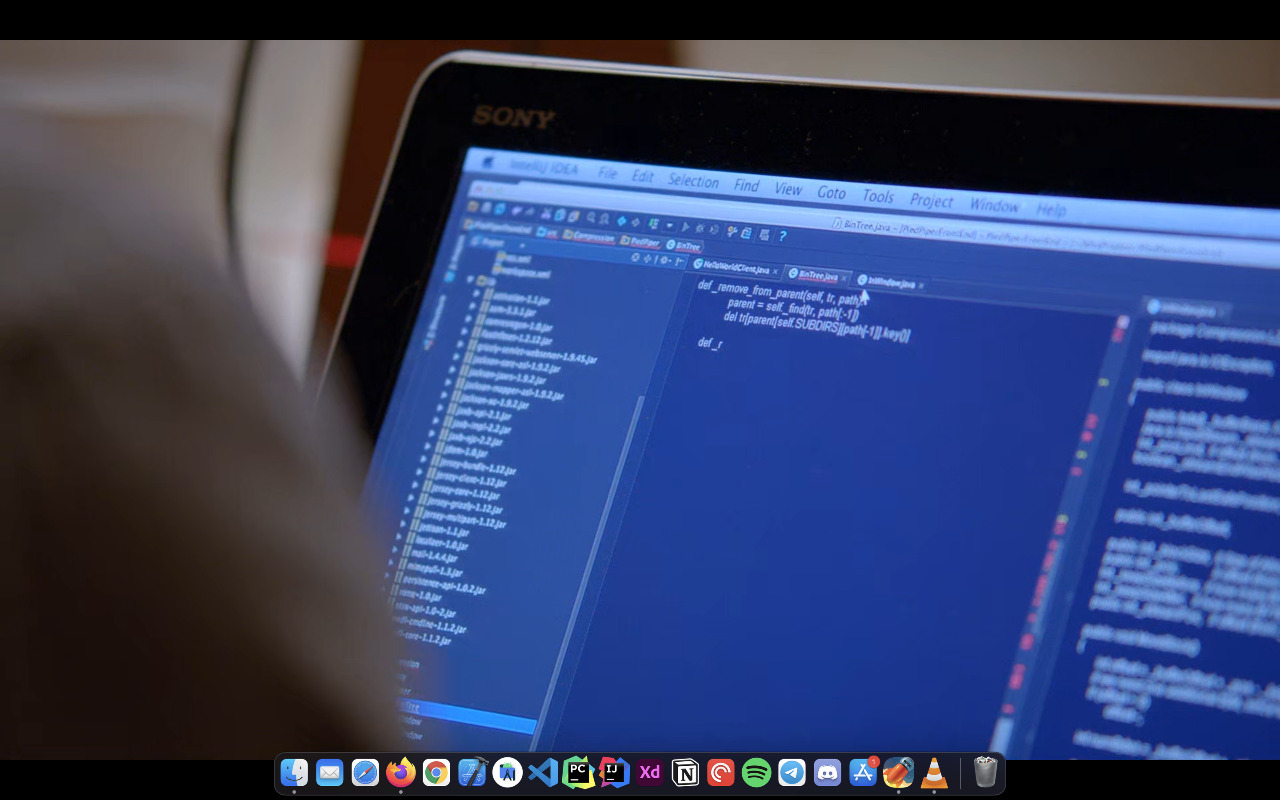 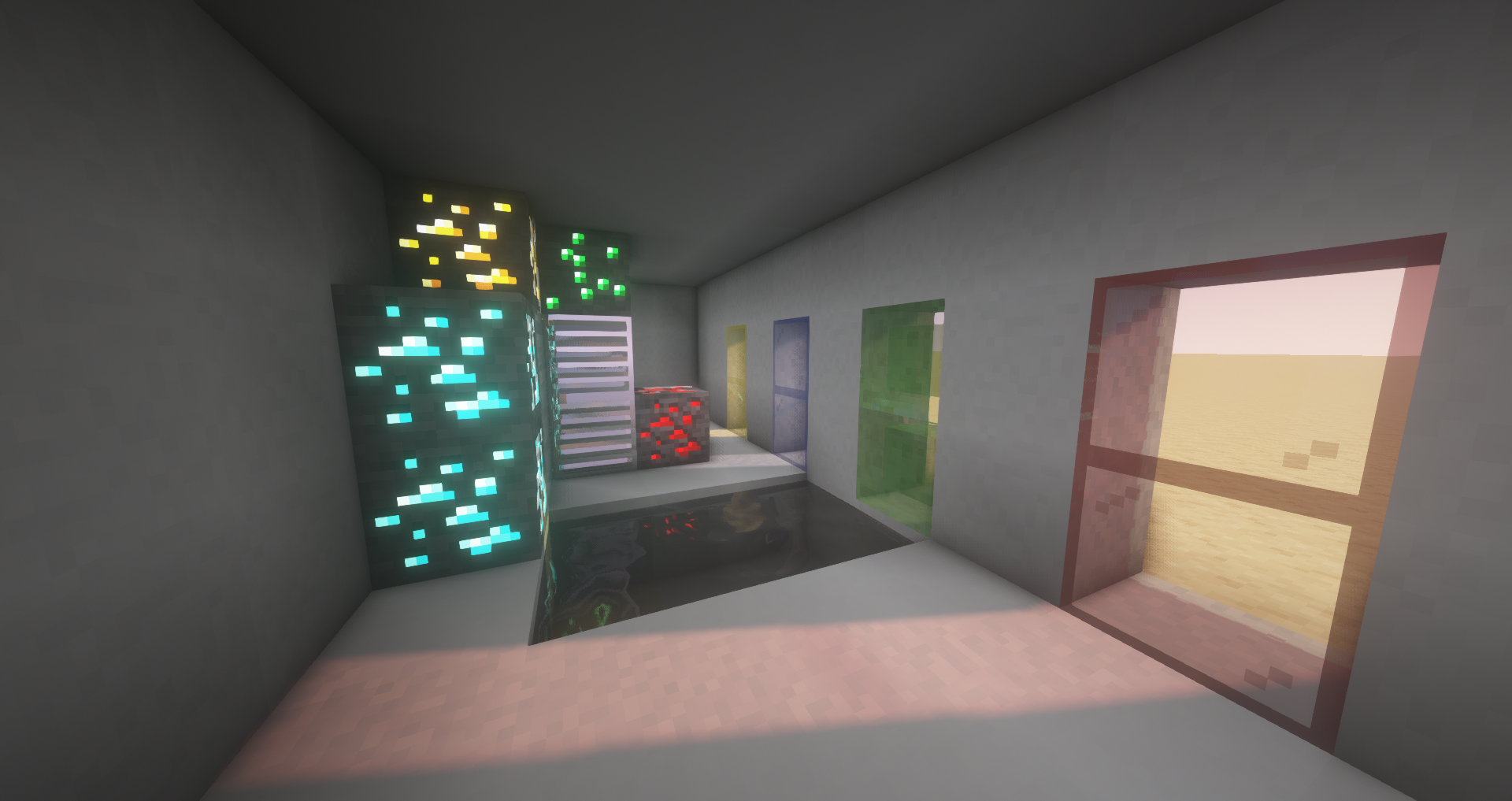 I started my years off programming in c#, don’t ask why but I never ventured off. I learned Java this past week and I’m seriously impressed, I don’t think I’ve had a more enjoyable time programming in my life. Does anyone else share this experience??

Edit: Is there a better ide than eclipse for Java

Hello, I'm a seasoned Java (and Clojure) developer and I want to make a shift in my career. I'm a bit sick of Java projects, and I want to get into C++ so I can work on more "industrial" projects.

If your are same as me, I would really love to have some feedback from you.

Do you have a curated list of reading suggestions ? I can be a famous source code, a book, or a community to follow.

My IDE is Intellij on Linux, should I switch to CLion or something else ?

Many thanks for your help.

PS : obviously typing C++ in google gives a lot of (outdated) informations. I'm asking help from humans, not an algorithm ;) 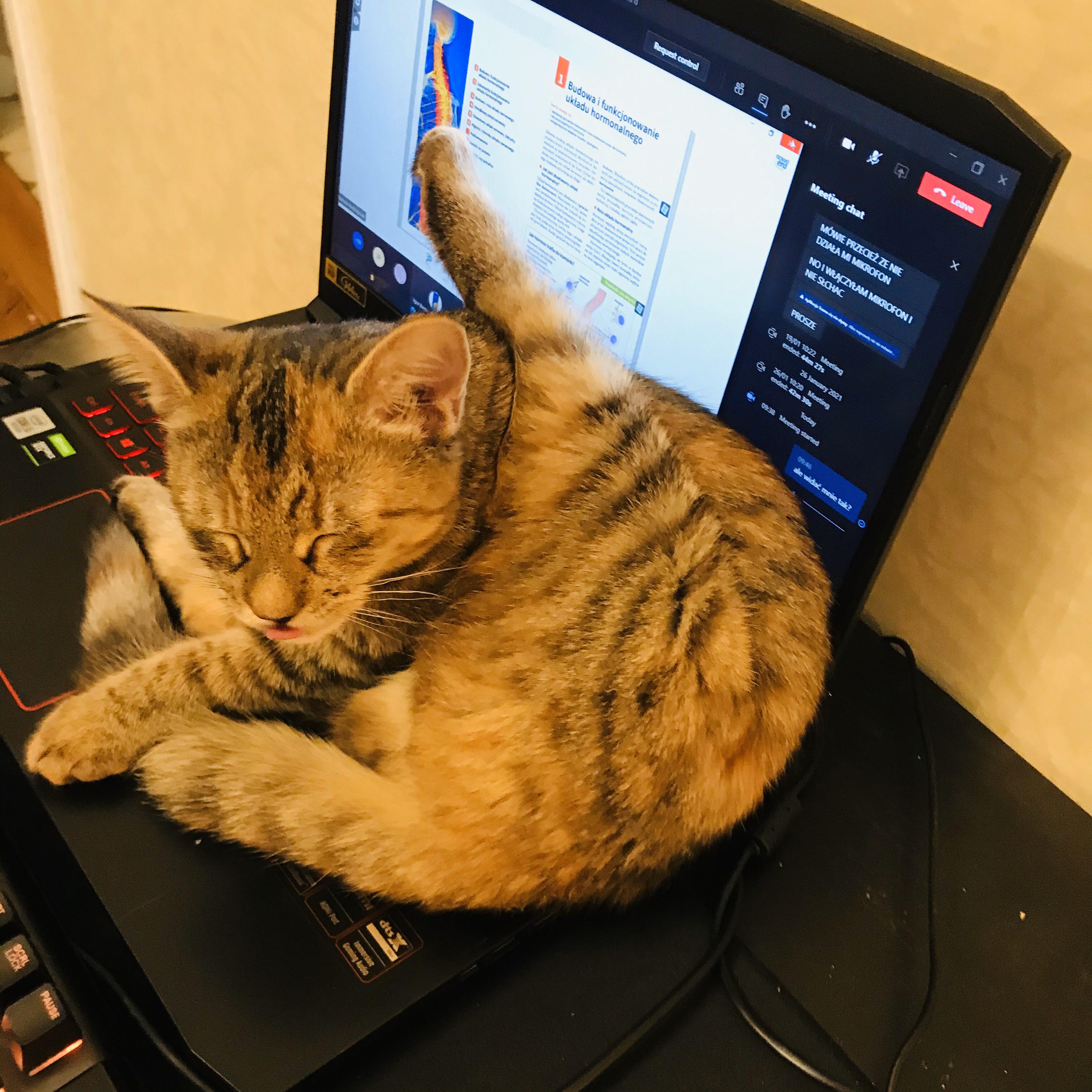 👍︎ 101
📰︎ r/SubSimGPT2Interactive
💬︎
👤︎ u/abstract_void_bot
🚨︎ report
[Java] Hi, I'm searching a method to spawnproof this room with command cause I want it entirely dark and carpets or redstone are ugly. Can someone help me? 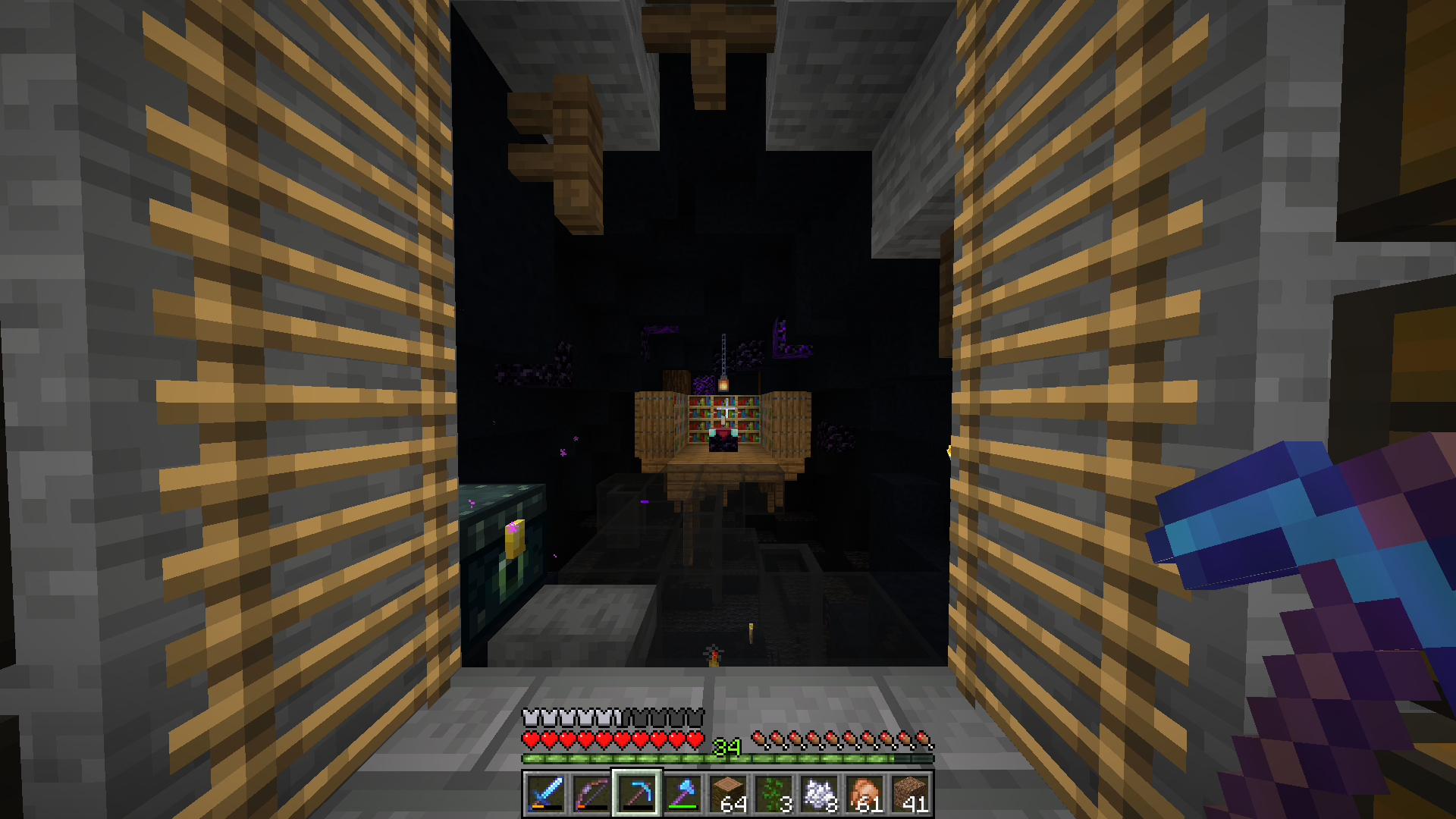 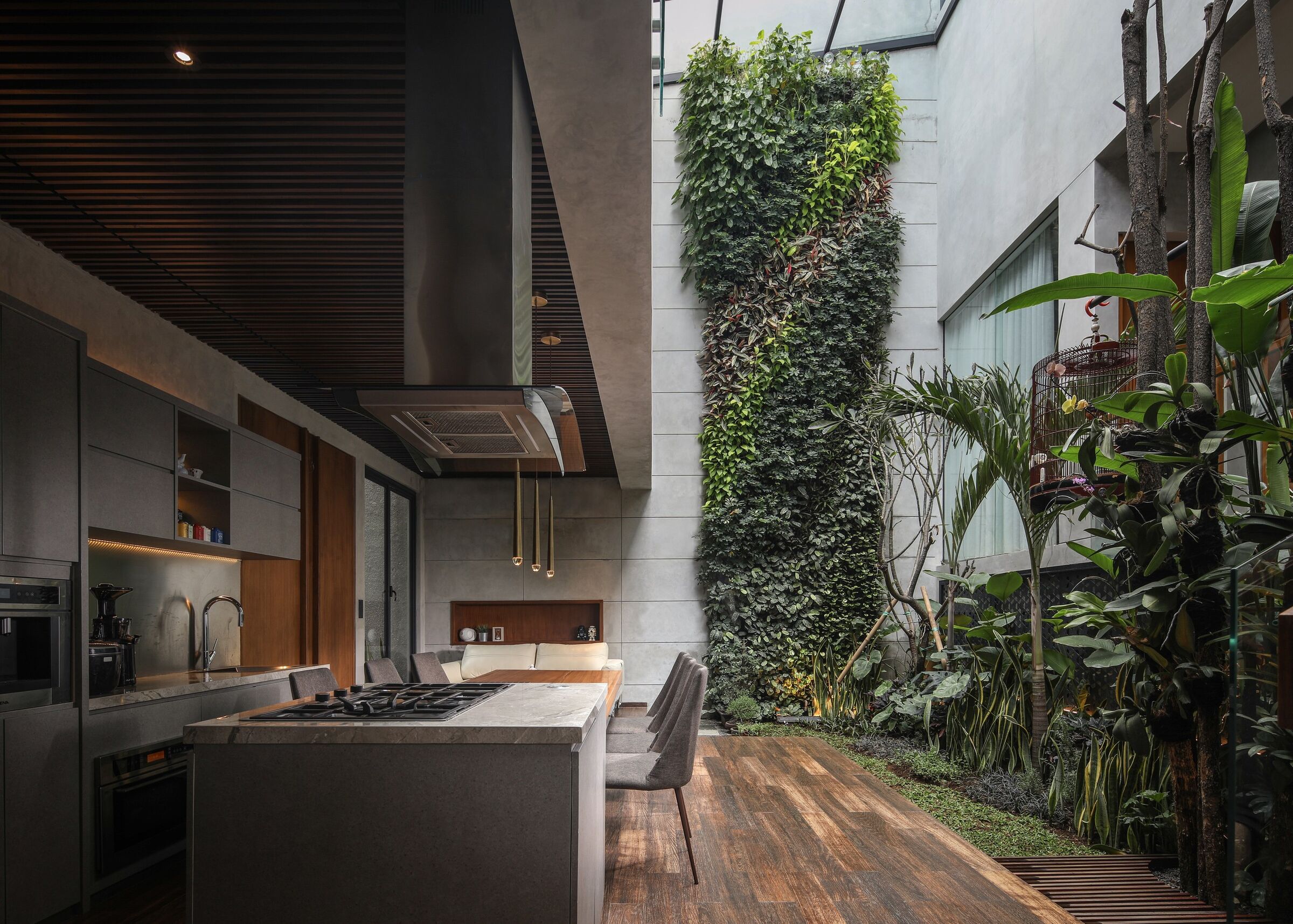 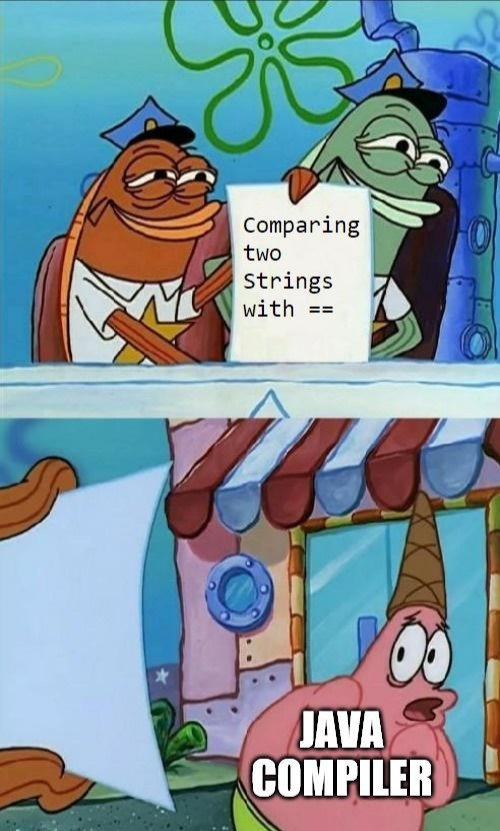 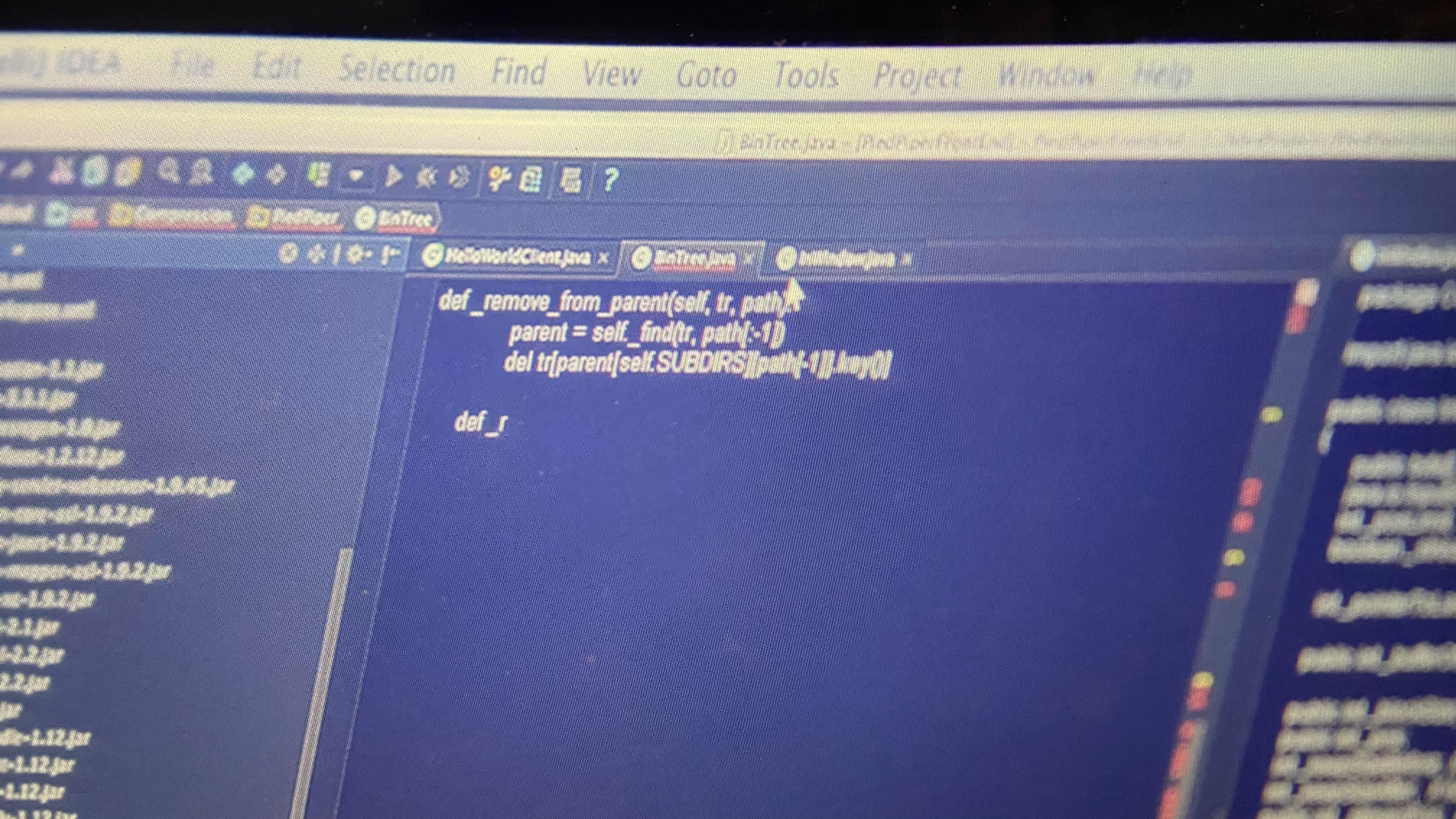 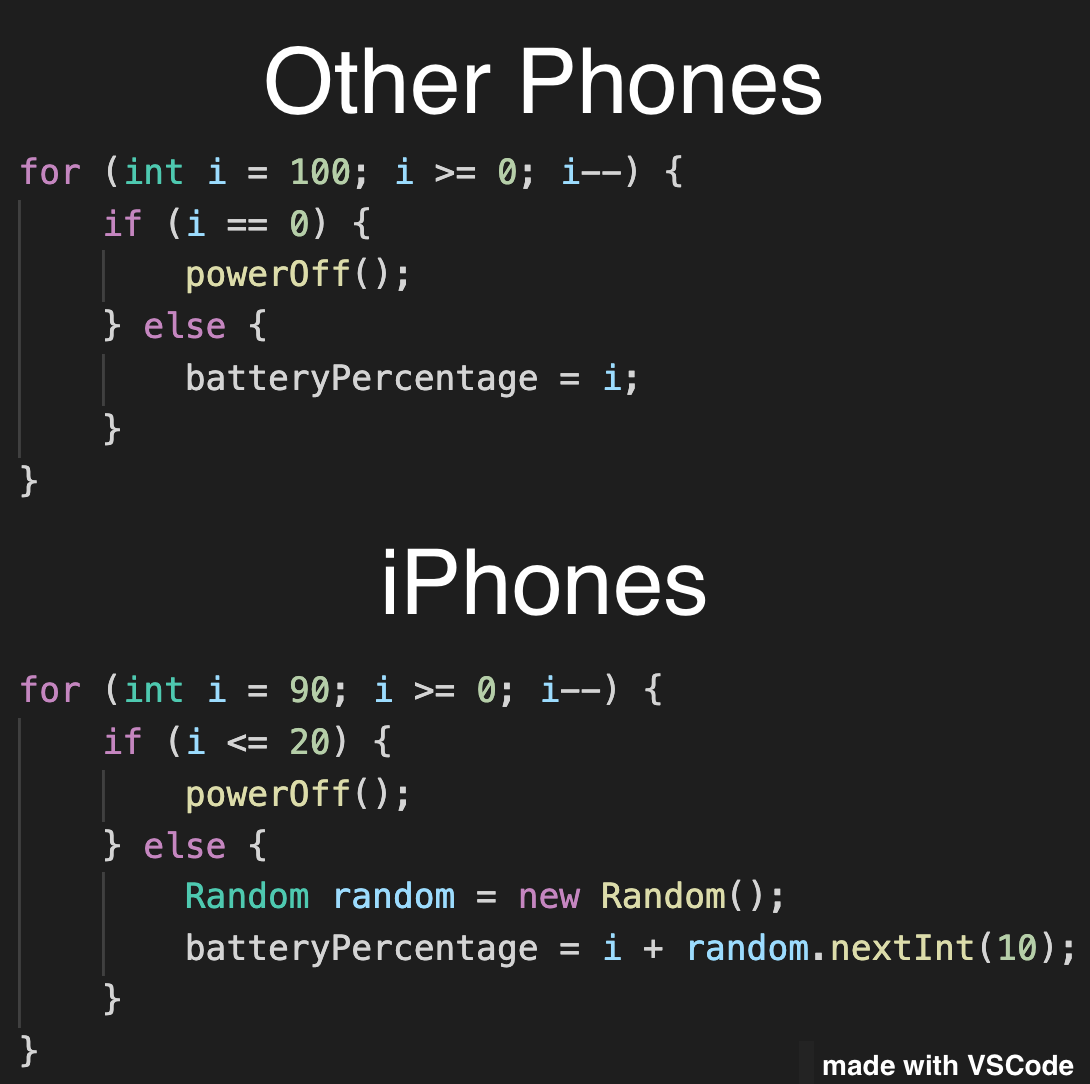 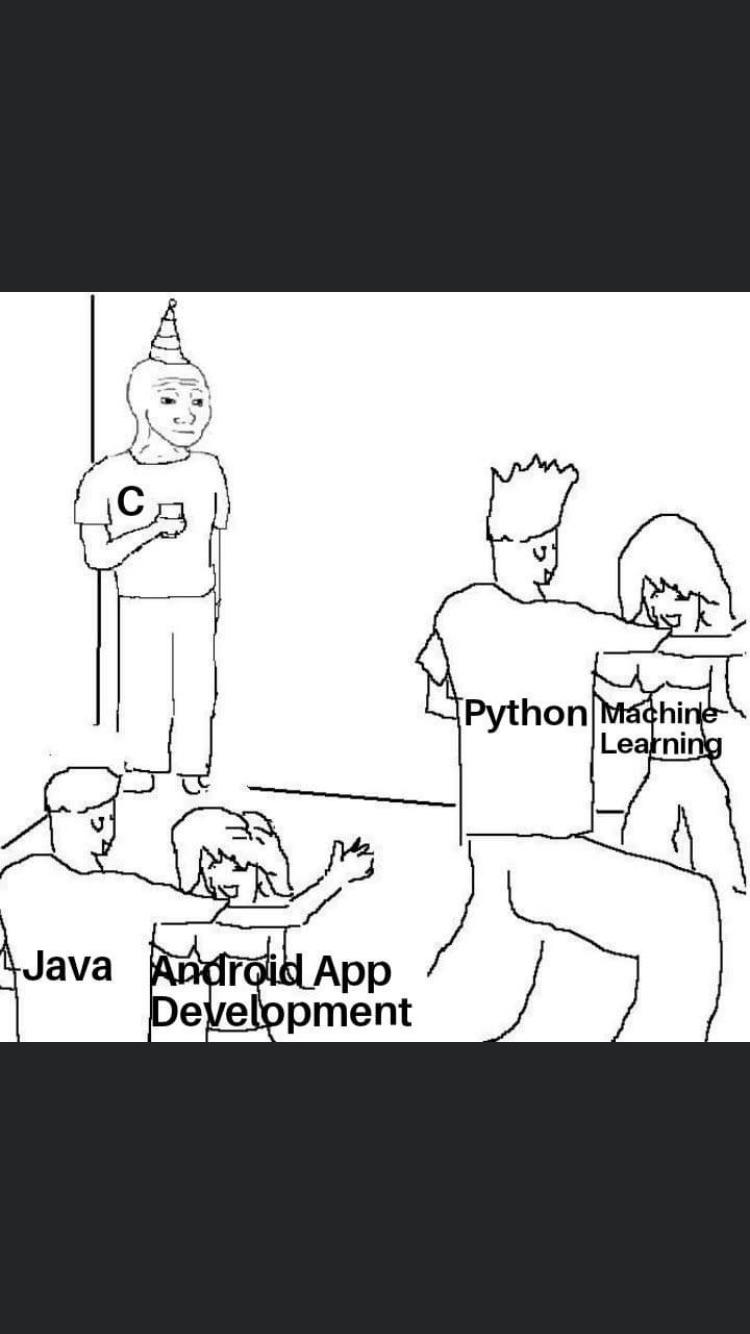 If you would like a copy of my Java AI book, you can get a free PDF/MOBI/EPUB copy at https://markwatson.com/books/ or if you want to support my writing then you can but it on leanpub

I was trying to google it, but unfortunately i couldn't find any useful sources. Only a gentleman from the states who was asking if he is able to move to Japan at the age of 35 as a c# developer. So don't bite my head off, if my google search was lazy :D

I am 31 and starting my Bsc(3 year) in Computer Science. Altough I am working as a dev in Java for 1.5 years now(Bootcamp Graduate). I started to learn japanese a year ago, I think I am on an N3 level and will definitely go to N2 in the 3 years period. I am going to study CS while working. Also, I will have more years of experience under my belt along with the degree.

University always starts at 4pm and finishes at 10pm. I will be working from 7am to 3.30pm. Same school curriculum as morning classes.

Can anyone tell me please, how realistic is it to move to Japan at 35/36 with 5 years of experience with a fresh degree and get a job in CS?

Thank you for your answers in advance! 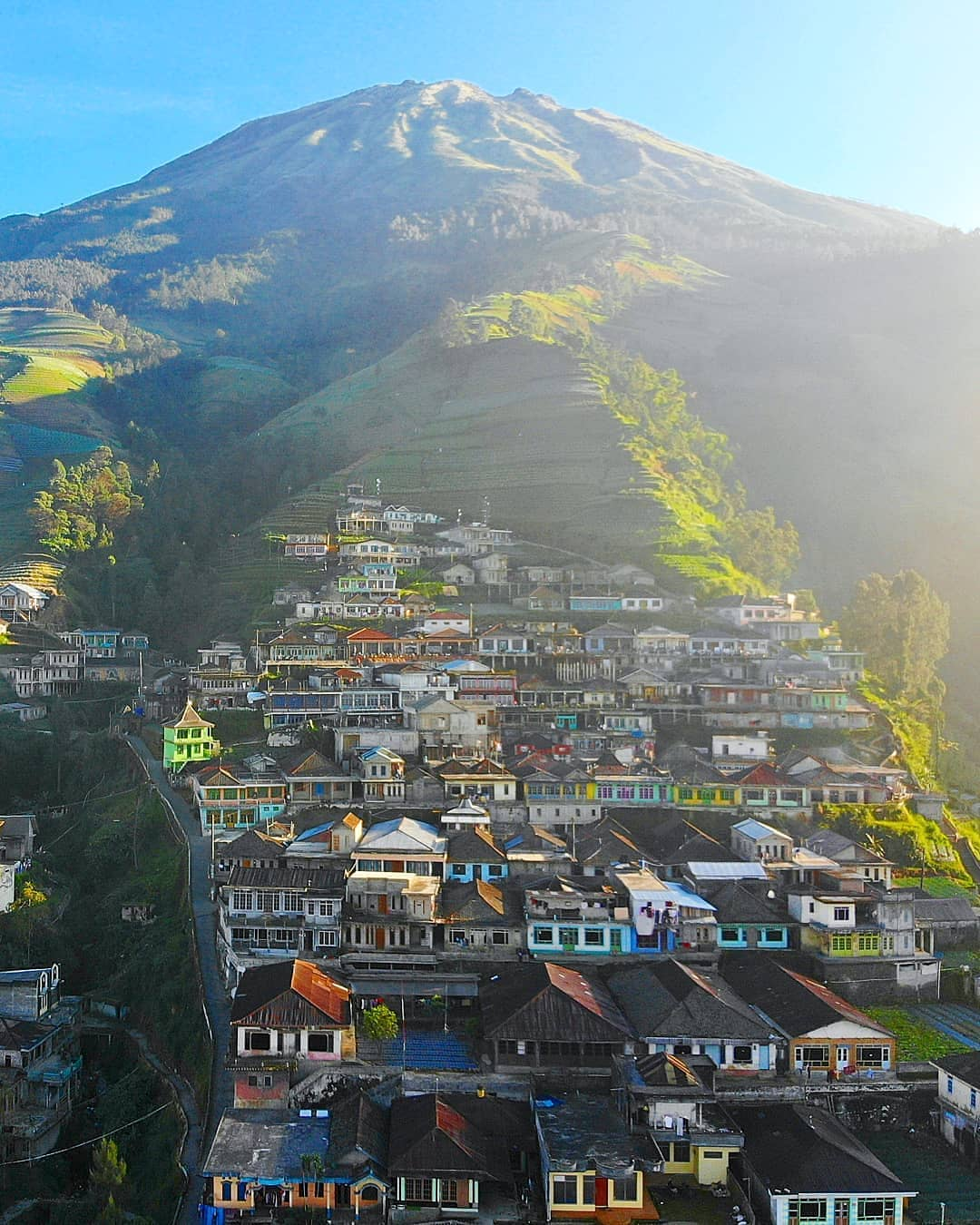 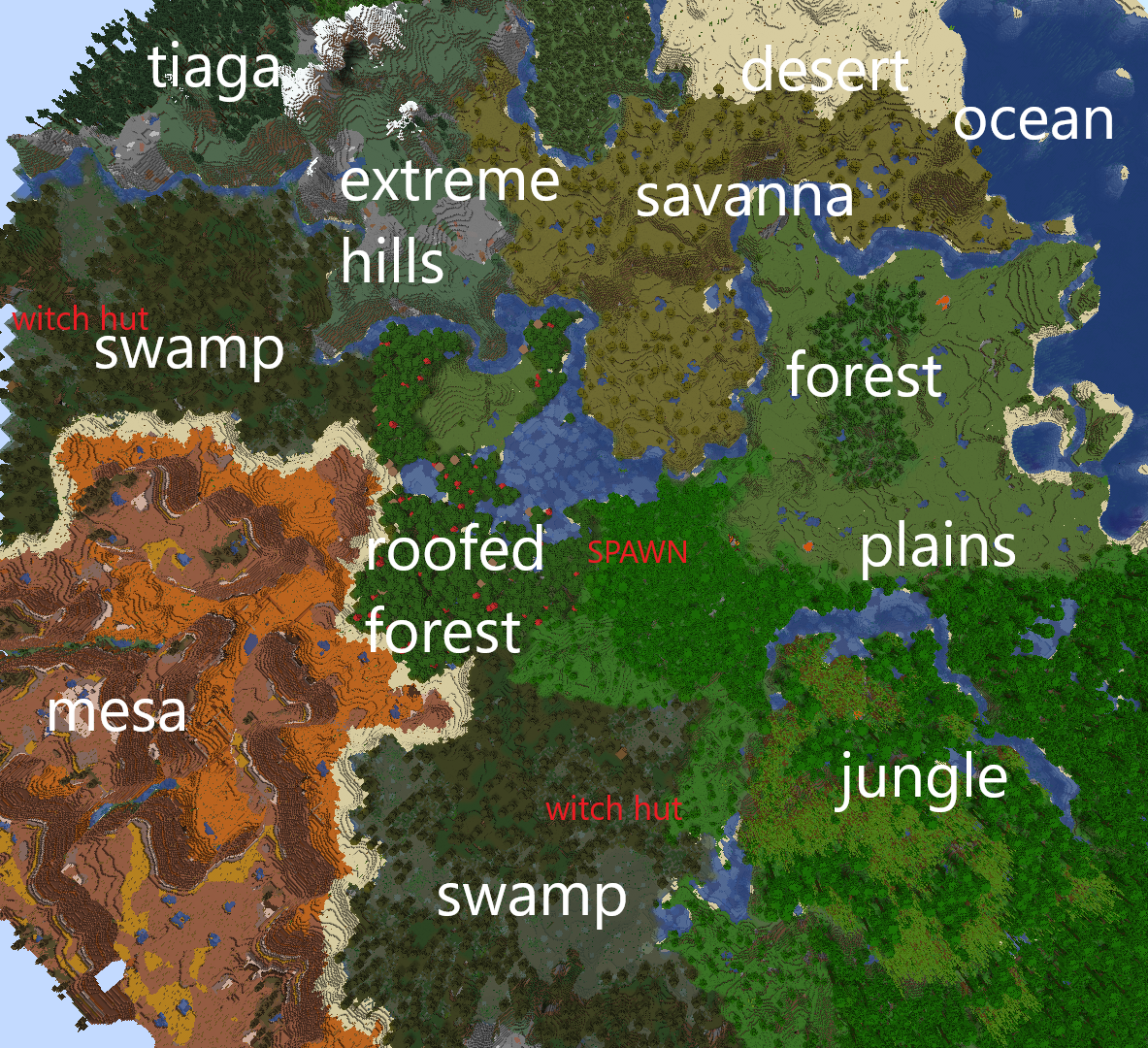 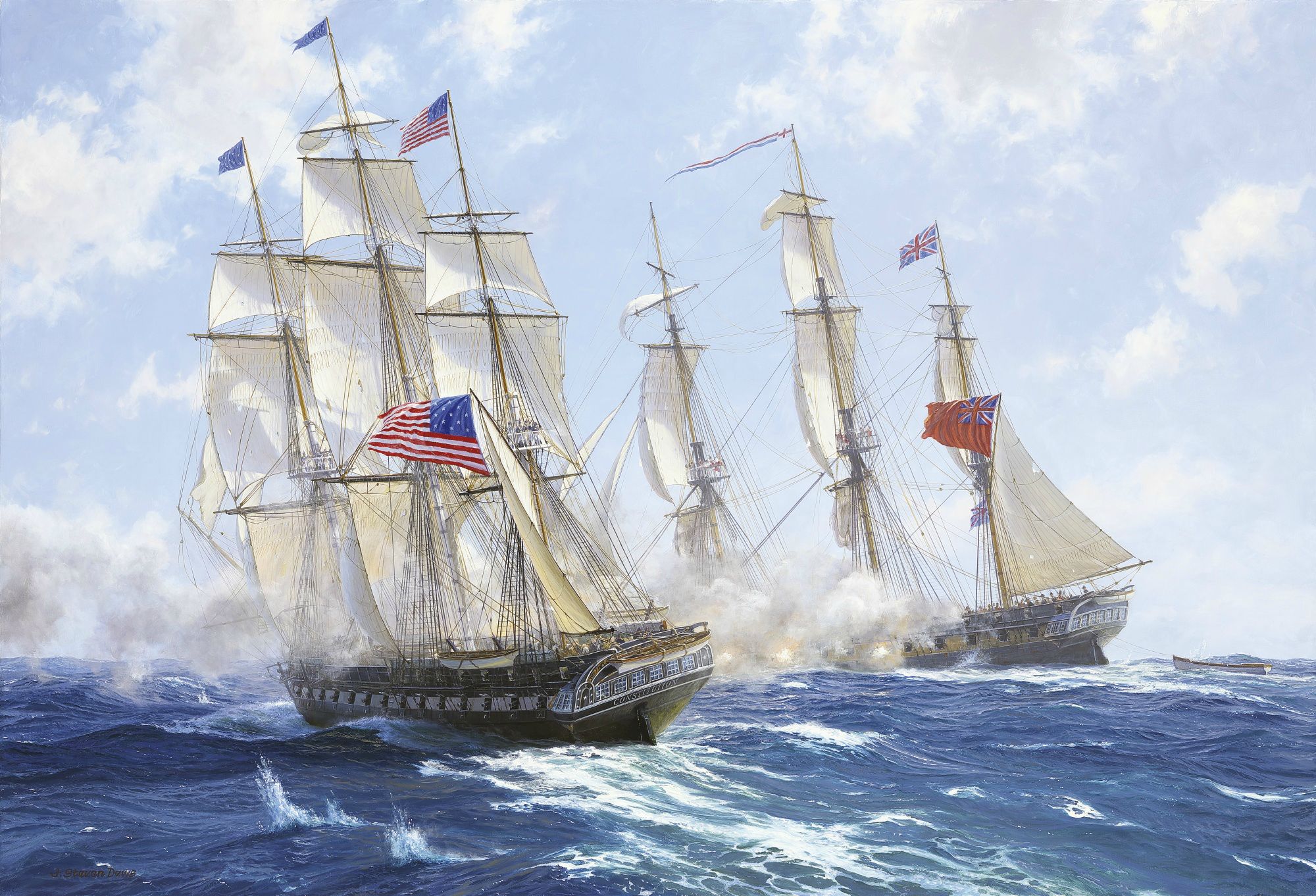 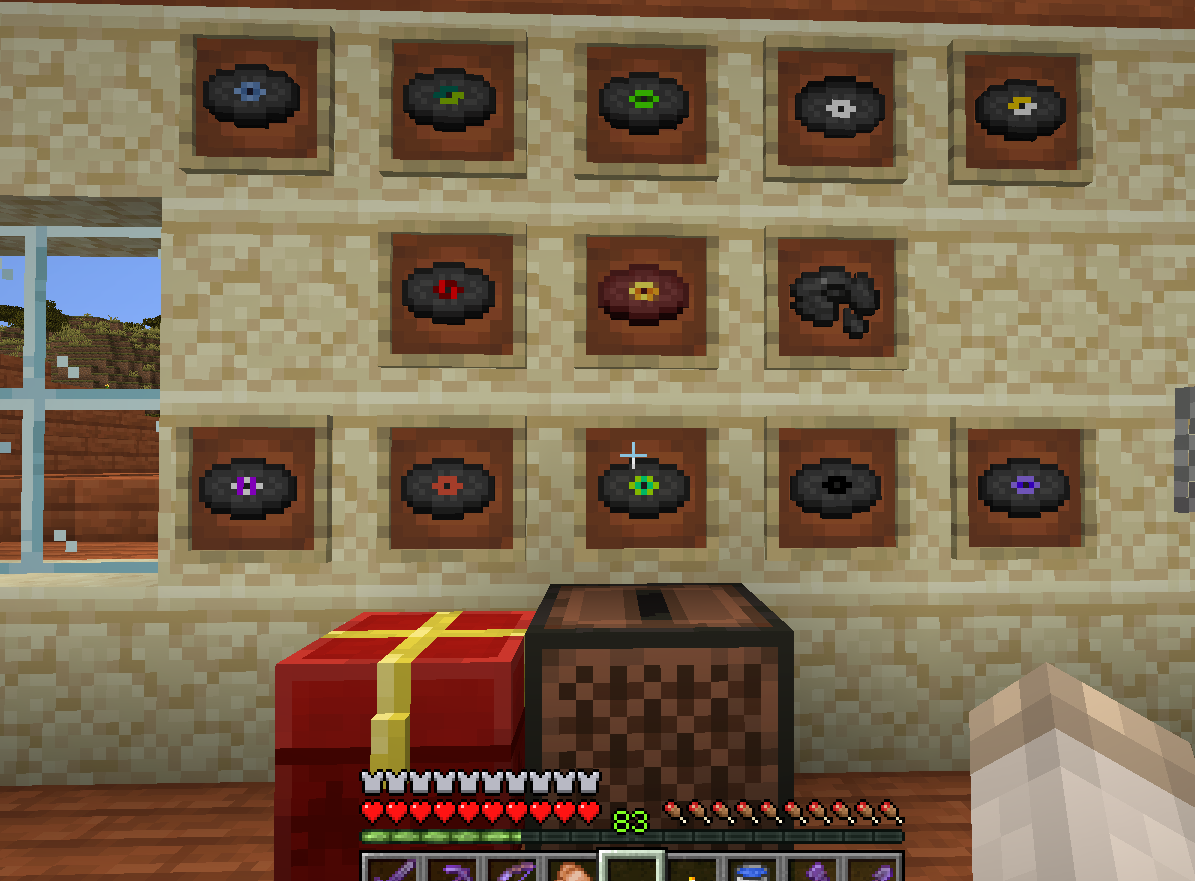 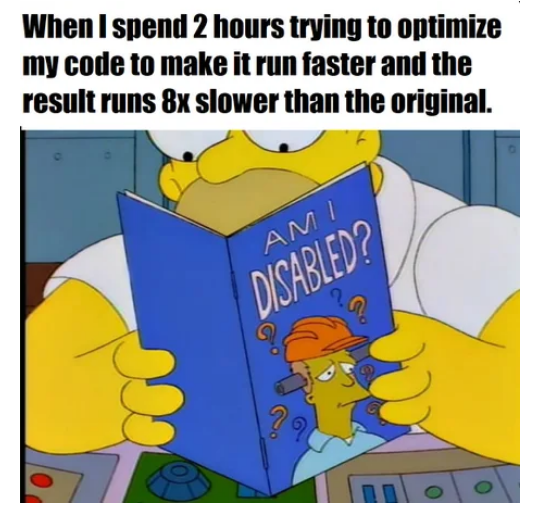