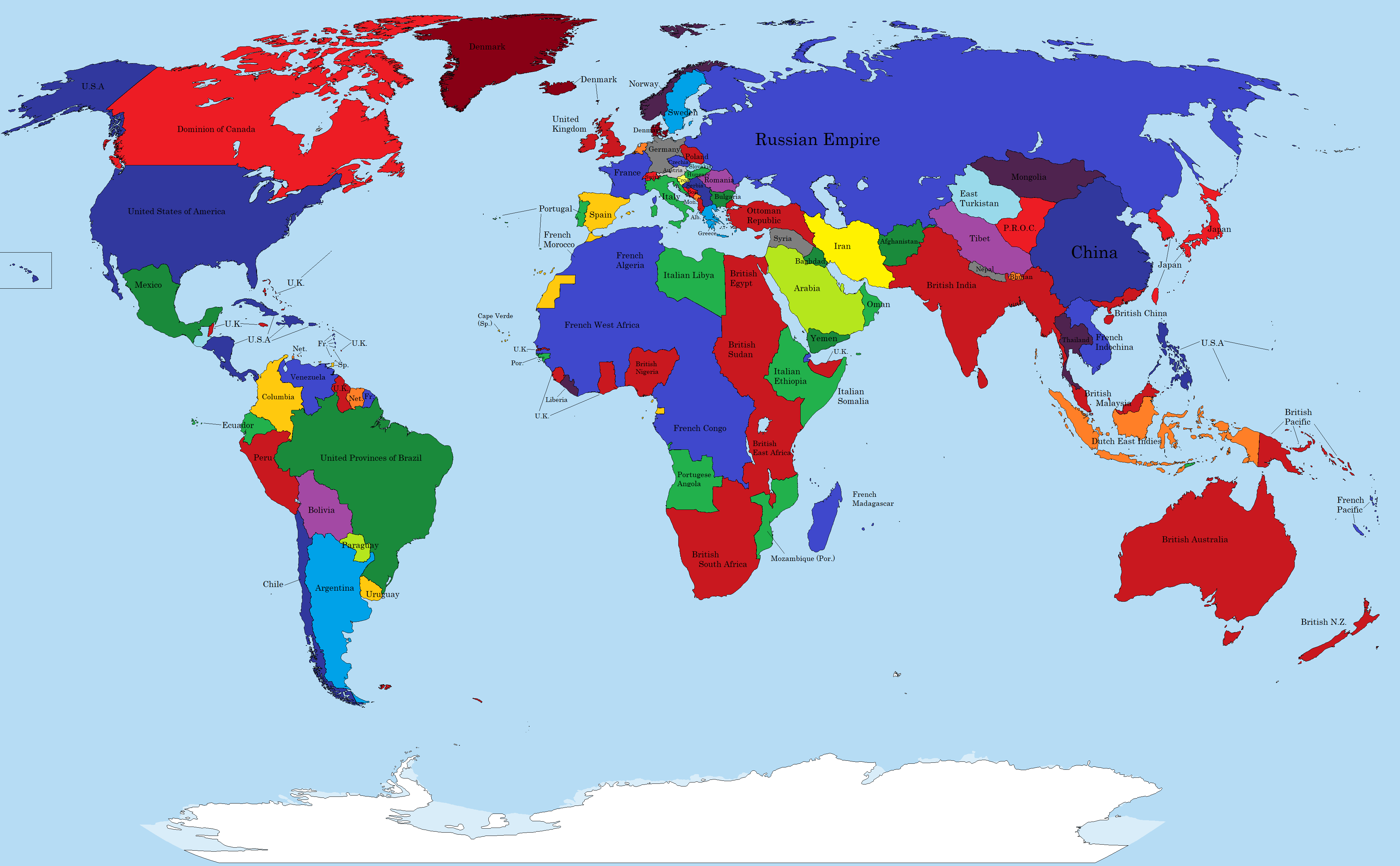 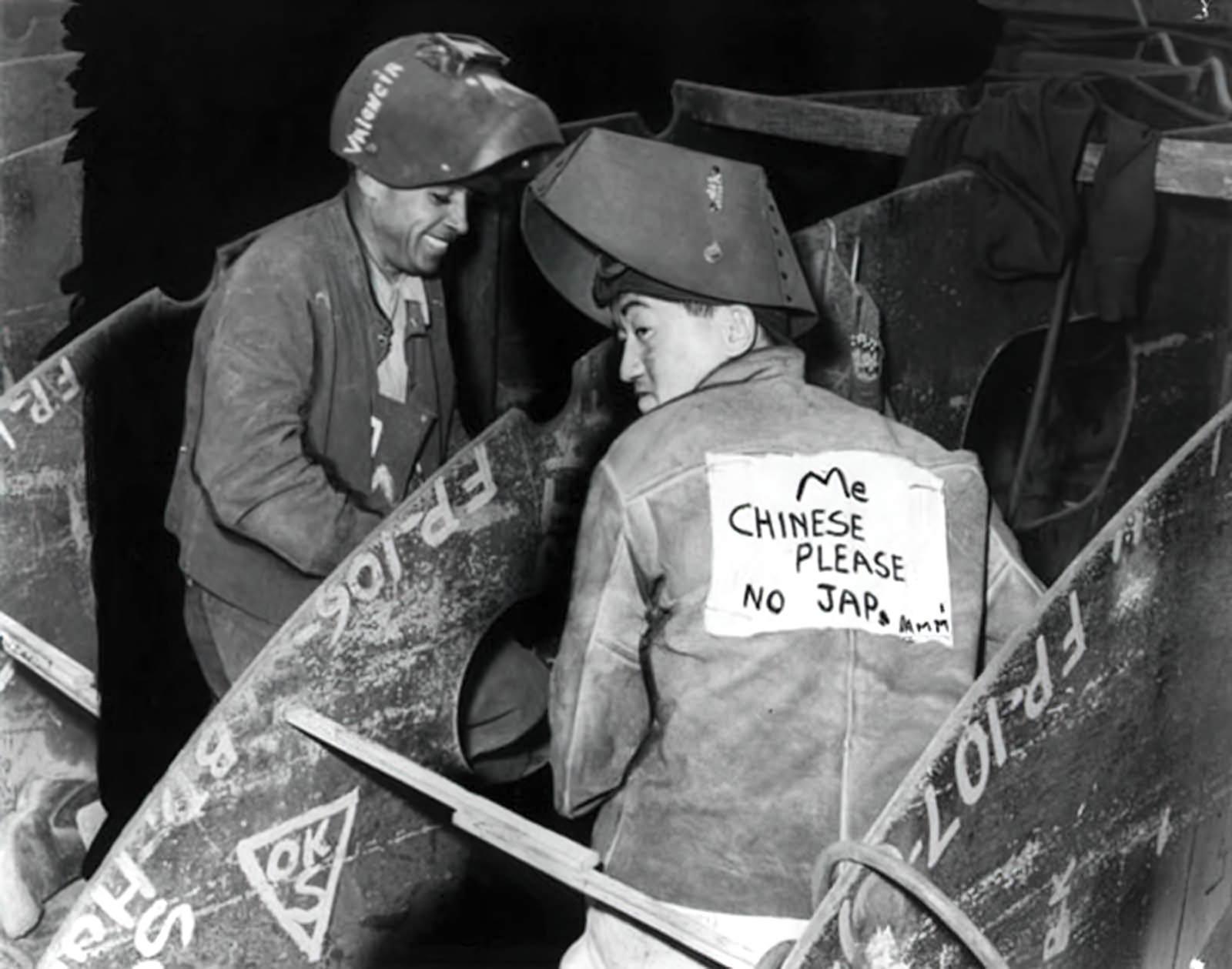 Amakusa Shirō, known in megaten as tokisada was the (at least nominal) leader of the shimabara rebellion. This rebellion happened in 1637 against a lord in japan who both raised taxes heavily to fund castle construction, and violently persecuted christianity. This lead to a large uprising which was eventually put down, leading to his death, and the deaths of 40,000 people, including innocents, who were behind him, and led to even greater persecution of Christians in japan. He is often considered a symbol of religious freedom.

Tokisada shows up as a demon in the games, usually with no speaking lines. But in iv he is part of a sidequest. In order to summon seraph, you need four heads. One of these is the head of tokisada. When you take his head he grumbles that he is once again being sacrificed to god.

Stopping to think about that one for a second, think of the implications of depicting this figure in this way. Regardless of whether one thinks the rebellion in this case was a good plan, especially considering the low likelihood of success, atlus takes an actual historical figure, who was fighting against real persecution against Japanese Christians, and spins the seeming villain of the story to be... yhvh?

Apparently the real problem is that he was being used as a sacrifice by god, not the people persecuting him. It's actually the fault of christianity for even existing in japan apparently, and the people who were persecuted were victims not of the persecutors, but of christianity itself for even existing. This is a figure who in real life died saying he would be back from the dead to seek vengeance, and instead use his story to convey that being a martyr for anything even vaguely christian related is being a sucker, and his spirit is depicted as a victim of not japan, but god apparently.

Atlus refusing to not deflect blame for anything Japanese elsewhere is bad on a good day, but iv really takes the cake. Note that this happens in iv, the same game where masakado is raised to the level of apparently supreme deity.

A few days ago, I got into an argument about the Rising Sun flag with Japanese Nationalists on Twitter. They started going on tangents about how South Korea is just lying about comfort women and that they were just prostitutes. They're also weirdly anti-US, but they act like what Japan did in WW2 didn't happen and that the US is the one at fault (not justifying the US's actions in Japan ofc. Two things can be bad, after all). They also called me "Anti-Japanese" for ffs and are always pulling whataboutisms on the ROK's atrocities. Like, no one is saying that the ROK is a perfect country nor are we saying that some Koreans can be Anti-Japanese, it's just not the focus right now

They also have the audacity to say that Korea and the Philippines were "liberated" from the US. Yeah, more like under new management. Liberated my ass.

As a Filipino, whose country was also subjugated to the horrendous slaughter by Imperial Japan, has had their Lola's taken away to be used as sex slaves, it disgusts me that these people are so up Japan's ass they refuse to listen to us from a victims' perspective. They hate Koreans, Chinese, and just about anyone who isn't from Japan. The women that were used as sex slaves are old enough nowadays to be my relatives or even my own grandmother. The Japanese Government isn't doing anything at all to get rid of these people, as the LDP is full of ultranationalist dipshits and Japanese fascists always organize marches declaring that Koreans are subhuman and should be killed.

I personally feel like Japanese Nationalism should be fought against more here in the west. The Rising Sun is not something that should be proudly waved around because it represents decades of rape, torture, human experimentation, massacres and other things I cannot even mention

Hey y'all, I recently heard an offhand commend that AOT contains elements of strong Japanese nationalism, and I was curious where this argument came from. I'm not super familiar with Japanese culture or history, and I'd be curious to know. Please don't downvote, just looking for a discussion.

👍︎ 6
📰︎ r/attackontitan
💬︎
👤︎ u/KatKorae
🚨︎ report
Japan Has Been Heavily Influenced by China Throughout History Down to the Script It Uses to Write. During Period of Japanese Nationalism Following Meiji Until the End of the Second World War, Were There Any Pushes to “Desinicize” and Drop “Chinese” Aspect due to their antiquated origin?

The influence of China, beginning primarily with the Tang dynasty, on Japan can be seen in nearly every aspect of its culture. Architecture, religion, ideology, arts and various other aspects were heavily impacted by trade and communication with China proper throughout history. Even Kanji (漢字, lit. Chinese/Han characters), one of the three scripts of written Japanese, is essentially Chinese characters reformed while the other two were based off cursive scripts or radicals of Chinese characters used to phonetically represent spoken Japanese. Furthermore, Literary Chinese, called Kanbun (漢文, lit. Chinese writing,) was used in official government or intellectual writings until around the 20th century.

During the 19th-20th century, when Japan became one of the most powerful states in the world as China fell into disrepair and became antiquated, there was a rise of the ideas of Japanese nationalism and superiority. Did Japan during this time see the Chinese aspects of their culture as “Chinese” or something disconnected and changed to become uniquely Japanese? Was there any scholarly discussion on the potential identity crisis this may have been causing or any push revive old indigenous Japanese practices and ideas and forgo Chinese influenced ones due to their association with failing, subjugated state? Was this topic even a thought on the mind of the average learned man of the time?

👍︎ 4
📰︎ r/AskHistorians
💬︎
👤︎ u/Park-Br
🚨︎ report
How relevant was Commodore Perry's expedition to Japan to the eventual rise of Japanese nationalism and imperialism in the early Showa period?

When the Convention of Kanagawa was sealed in 1854, the Japanese saw it as a sign of weakness in their leadership, and of disrespect and belittlement towards their culture and country by the western powers involved (As evident by the Japanese depictions of the westerners involved in the event after the fact). Commodore Perry's gunboat diplomacy was one of the main causes for the Meiji Restoration and subsequent nationalism in the Meiji Period, with people such as Shimazu Nariakira taking the stance that Japan had to modernize and become as powerful as the western powers if it was to avoid colonialism. However, how much of this thought survived until the Showa Period? Did the Japanese leading to and during World War 2 still feel strongly about the Unequal Treaties of the 19th century? Or did they completely disregard Commodore Perry's expedition and the 19th century treaties in light of their perceived unfairness in the Treaty of Versailles?

👍︎ 8
📰︎ r/AskHistorians
💬︎
👤︎ u/Zaaisy
🚨︎ report
The Cleanest Race is a book that argues that the guiding ideology of North Korea is based of race-based nationalism and Japanese fascism. Here is a talk from the author about the book itself c-span.org/video/?292562-…
👍︎ 20
📰︎ r/tankiejerk
💬︎
👤︎ u/Sakugen23
🚨︎ report
Book recommendations for rise of Japanese Nationalism and Militarism

Hi, i would like to read something about what and who has the biggest influence for rise of Japanese Nationalism and Militarism. I would also like to read some books on religion in Japan and its influence on militarism and nationalism. I will be happy for anything. Thanks

What subs are there about Japanese nationalism and history?

Both for, against, and debate / neutral.

👍︎ 2
📰︎ r/findareddit
💬︎
👤︎ u/benjaminikuta
🚨︎ report
Japanese men in the Second World War had a bit of a reputation for extreme devotion to the emperor and the country. Was this nationalism principally masculine? How much and what kind of a part were women supposed to have in 20th century Japanese nationalism, and how much did they buy into it?
👍︎ 69
📰︎ r/AskHistorians
💬︎
👤︎ u/EnclavedMicrostate
🚨︎ report
The Cleanest Race is a book that argues that the guiding ideology of North Korea is based of race-based nationalism and Japanese fascism. Here is a talk from the author about the book itself c-span.org/video/?292562-…
👍︎ 3
📰︎ r/VaushV
💬︎
👤︎ u/Sakugen23
🚨︎ report
Some Chinese call Japan's new era name 'strange,' express disappointment | literal reading of 令和 (new Japan era name): "command to peace" or "command to Japanization" as 2nd char 和 means the Japanese people--thus reflecting Abe's Japanese Nationalism japantimes.co.jp/news/201…
👍︎ 46
📰︎ r/China
💬︎
👤︎ u/SE_to_NW
🚨︎ report
My father is Japanese and my mother is Irish- I have always been white-passing. Can you see my nationalism at all?? Green eyes and pale skin but my Japanese obasan’s nose and mouth. 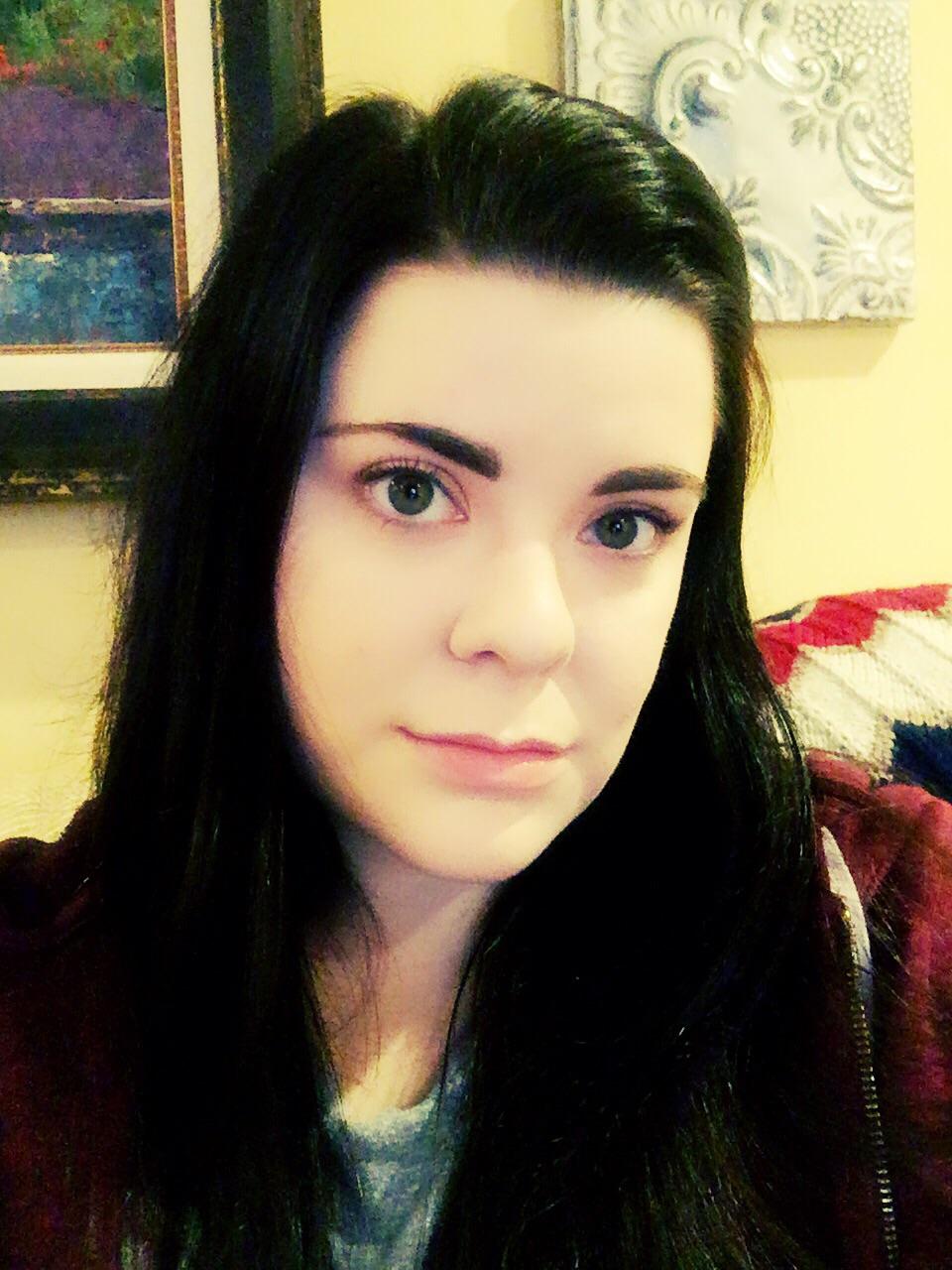 Hi, Hi, I wonder what role religions played in Japan in the world wars and what role they played in the emergence of nationalism and militarism. I would be happy for any recommendations for books or professional work. Thanks a lot

It seems to me everywhere you look on TV, the Japanese shows have so many shows focused on foreigners praising and praising Japan, non stop. Receiving confirmation, approval, and praise from foreigners about the greatness of Japan seems to be a national obsession. There's hardly any self criticism, as if the media has been completely white washed over. Everyday it's sounding more and more like there's nothing but propaganda on TV. I'm trying to figure out if this is due to rapidly rising nationalism under PM Abe, or is this some kind of national insecurity brought on by the sinking status of the Japanese living standard? The latest IMF ranking has Japan ranked down to 30th place in per capita income. What do you think are the reasons for this?

I'm not really a hardcore Vocaloid fan, but I found this song pretty catchy. However, the imperial flag imagery coupled with some of the lyrics have me wary as a Korean person. I don't know Japanese well enough to interpret the lyrics myself, but a quick search turns up opposing viewpoints. This analysis of the song argues that it has an anti-western (and therefore nationalistic) message. Others argue that it's glorifying the Meiji Restoration, in which Japan became westernized. To me it seems like it's lamenting Japan's transition from a dominant empire into a peaceful country and has definite militaristic/nationalistic undertones, which is a shame because the song is pretty nice. 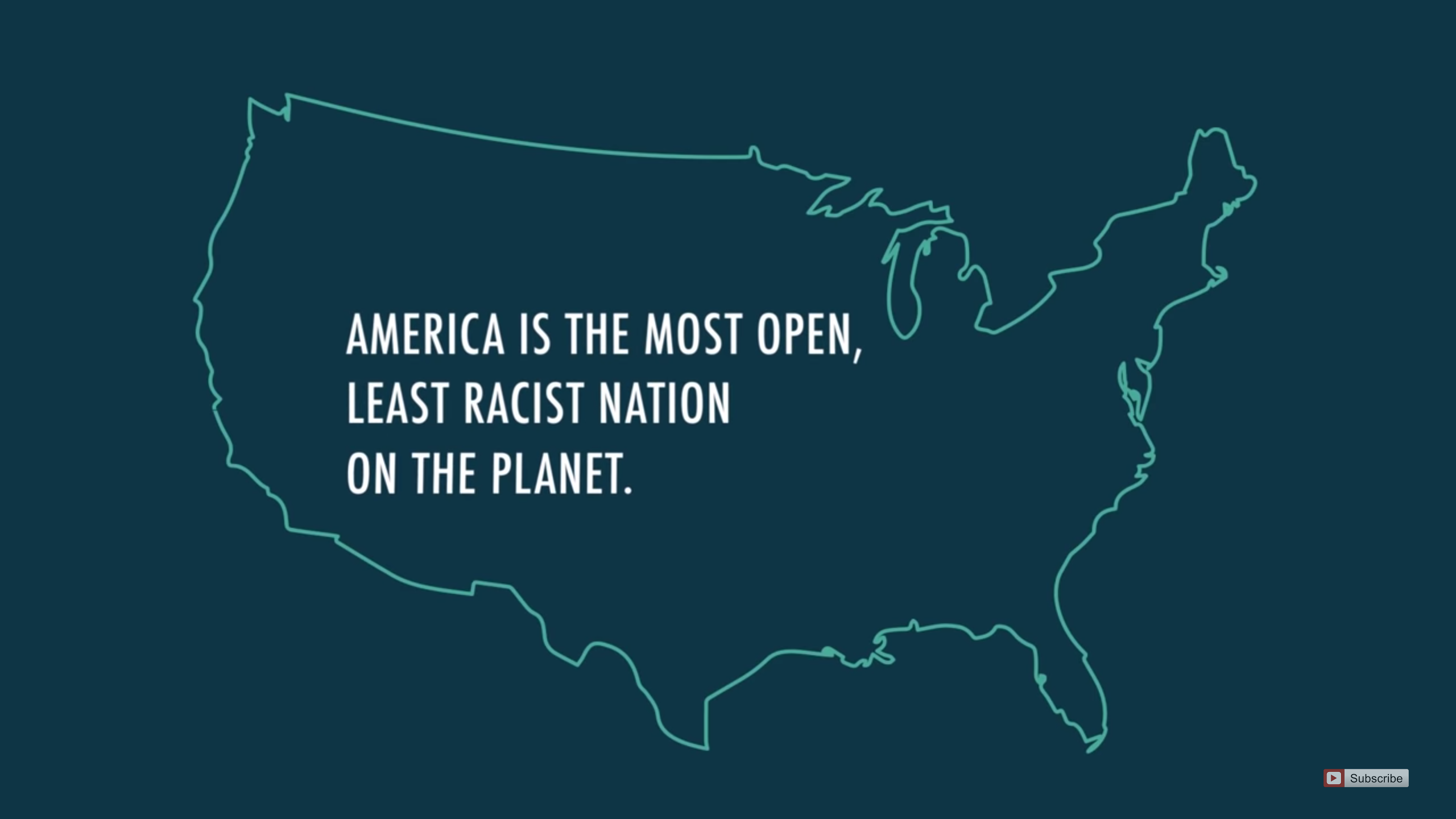 👍︎ 85
📰︎ r/PragerUrine
💬︎
👤︎ u/NB419
🚨︎ report
'Self-Centered Nationalism' Could Lead to War and Nuclear Disaster: Mayor of Hiroshima warned of ongoing dangers of nationalism and militarism on 75th anniversary of nuclear bombing of the Japanese city by United States on August 6, 1945. commondreams.org/news/202…
👍︎ 2
📰︎ r/TheFightThatMatters
💬︎
👤︎ u/SexandTrees
🚨︎ report
12-year survey: Japanese view of China and Korea hits record low, nationalism rising washingtonpost.com/blogs/…
👍︎ 81
📰︎ r/japan
💬︎
👤︎ u/ulugh_partiye
🚨︎ report
Supposedly about 43% of the Hawaiian population was Japanese in 1920, and they continue to have a large presence today. Why would the Japanese bomb their own in WWII, a time of such strong ethno-nationalism? Was there some builtup animosity toward Hawaiians and Japanese expats?

I found out Japanese is perhaps the largest ethnic group in Hawaii just now, and I was somewhat surprised. Was there some animosity in Japan toward those who emigrated?