My neighbours had a delivery of building materials this morning. The delivery truck had a crane which I saw the driver controlling with a radio remote control unit. Of course I had to search for the signal which I quickly found in the 433 MHz band which I was surprised to see was a frequency hopper (see the attached screen shot). The hop pattern seems to repeat frequently and you can even see that in the screen shot.

Full IQ WAV recording (rather large at 65MB below) ..

Can anyone identify the chip set or module which creates such a signal ? 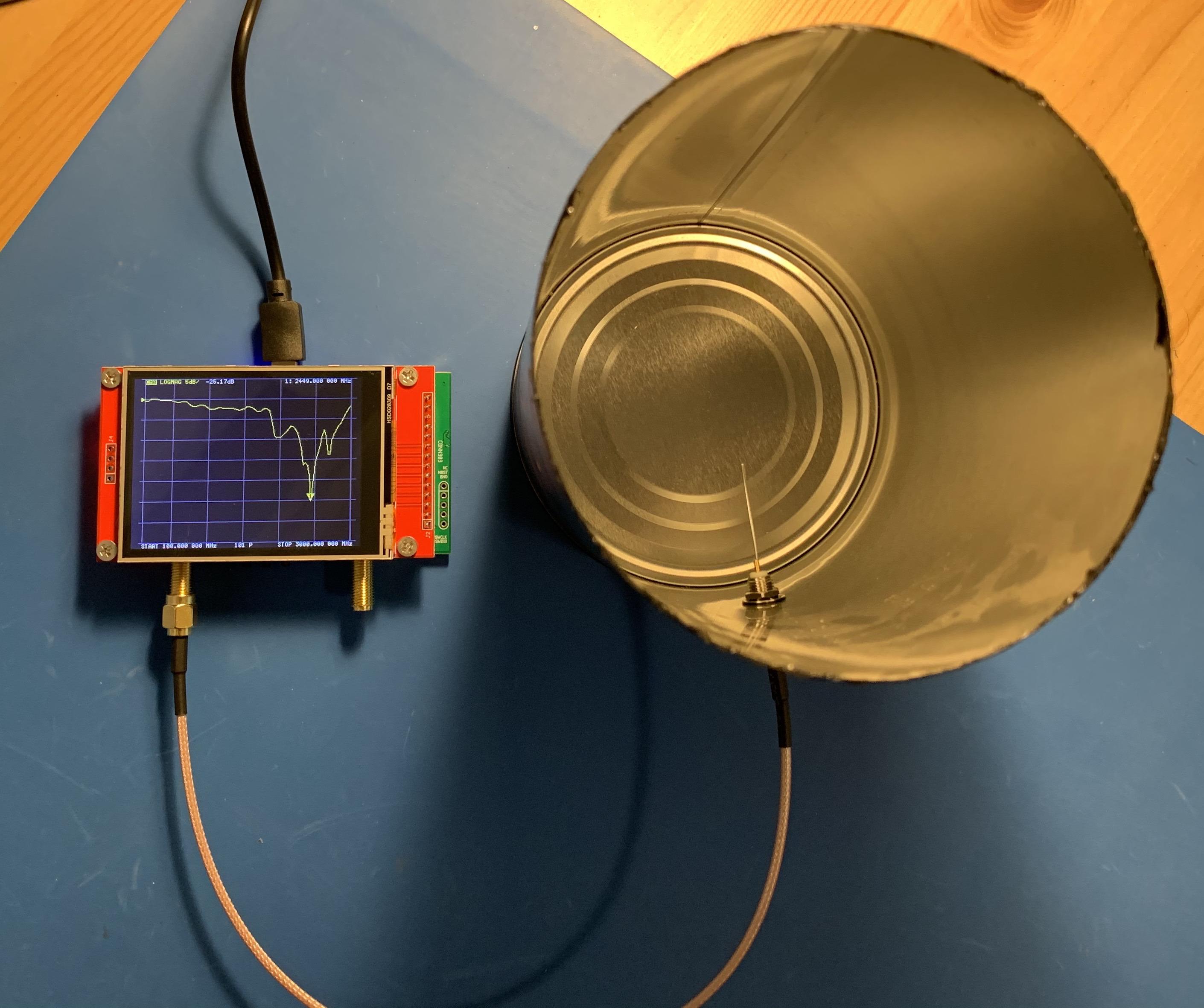 👍︎ 199
📰︎ r/diyelectronics
💬︎
👤︎ u/garrettj403
🚨︎ report
Cruising the ISM band, I found this strange signal. Anyone ever come across something similar? Stumped in Chicago. v.redd.it/t7hsofdf9xk31
👍︎ 47
📰︎ r/RTLSDR
💬︎
👤︎ u/Matthew1581
🚨︎ report
Article about an ISM-band amateur radio network that can have up to 300 km links spectrum.ieee.org/geek-li…
👍︎ 20
📰︎ r/amateurradio
💬︎
👤︎ u/profdc9
🚨︎ report
What kind of fun can I have with the 433MHz ISM band?

I've heard about basic devices that communicate on 433MHz, and I was wondering if it would be worth getting a TX/RX capable SDR to fiddle around with that band, or maybe even try to intercept something with just my basic RX SDRs. What can I do with signals in that frequency range?

Hi everyone ! I'm working with a team in France. We're building a pico-satellite (TubeSat). We want 100-1000 kbps bandwidth from the satellite to our ground station (we plan to buy a yagi antenna). Many satellite builders seem to use the Amateur bands, but why can't we just use the ISM bands such as 900 MHz or 2.4 GHz ? We plan to use a microhard nano n920BD modem for the ease of use.

National Broadcasting and Telecommunications Commission (NBTC) [1] is responsible for setting the telecommunication regulatory environment in Thailand. In its spectrum master plan NTBC has described [3] the importance of short range devices in developing Thailand's smart cities.

Being a member of ASEAN, Thailand is also a part of ASEAN smart cities network and as such digitization of its cities is one of it's principle goals [2]. At the moment the three cities of Bangkok, Phuket and Chonburi have been selected for the ASEAN smart city initiative. But its very likely that the project is going to extend to other cities in the future, either in collaboration with ASEAN or by other domestic initiatives.

With the increasing focus towards smart cities there is a huge demand for wireless connectivity. Thailand's strong focus on banking, tourism and financial services also increases the dependence on the network infrastructure for continued economic growth.

>One of the main goals of ICT2020 is to achieve universal broadband access to all people on an equitable basis, similar to accessing other basic public utilities. More specifically, the aim is for 80% of the population to have broadband access by 2015, and to increase to 95% by 2020. [3]

Tourism is one of the most important source of revenue for Thailand contributing about 9-17% to Thailand's GDP [7]. With hundreds of islands in the Andaman Sea as well as the Gulf of Thailand there is an immense unrealized potential in Thailand's tourism industry. The government has recognized this opportunity and has already started developing the transport infrastructure on the islands to create more jobs for its people and increase the revenue.

As noted [4] by the World Tourism Organization technology has enriched the tourism industry. While its certainly possible to lay down undersea cables for digitally connecting the islands it can become very costly. Both in deployment as well as in maintenance.

At brislink we've developed technologies that can help set up wireless base stations and access points using readily available components. Our technology can help distribution of network in remote locations as well as point to point connectivity for long

I have recently been looking at the 868 MHz ISM band (this isn't available in the US where I believe the 915 MHz band is used instead). To my surprise even in the suburbs of a British city there are a wide variety signals to be found there , despite the low power and resulting short range of these devices.

A list of the signals found (some identified and some not) + their characteristics and in some cases links to I/Q recordings can be seen online here ..

If anyone can identify any of the mystery signals on there I would be very grateful if you could comment.

Also anyone knows of the best way to characterise an OOK signal please let me know.

Oh and I now that some high end German cars (BMWs and Mercedes) use this band for remote keys but I don't yet have any exact frequencies.

I'm working on a project where I want to be able to send a broadcast message, and I get a response from all the other radios in range without any configuration(ie:no base-client relationship). I don't need to route the packets , and I can draw as much power as I desire.

I would like to use the ISM 915mhz band as to avoid regulatory issues and the decent output power limits(as I need to get at least 1mi+ of range).

There are two radios on the market that meet my requirements(ie: "network topology" and 30dBm of output), the Laird AC4790 and the Digi-XTend. I am currently using the Laird radio and I've been pretty disappointed in the performance and the fact that Laird seems to be uninterested in developing the product further . Digi seems to be in the same boat.

I am considering rolling my own by using the SimpliciTI stack but I prefer a turnkey solution and there isn't much high level information on the stack. Are there any turnkey solutions I've missed that are actively developed? If not, is there something more "concrete" (ie: working implementation) than SimpliciTI?

I found this project for anyone looking to hack their smart meter:

It's continous - is this radiosonde, weather ballon, drone telemetry? Anyone know how to decode it? On third image you can see Ionosphere sounder or something, it repeats every 30sec. or so.

Not looking at PAL here, just good old NTSC - my extensive research (reading one wiki entry) shows that it needs 6Mhz of bandwidth, and the 5.8Ghz ISM has 150Mhz of bandwidth available. We struggle to get 6 interference free streams up simultaneously sometimes - but the theoretical limit is 25? WTF?

Is this all just because of cheap hardware spamming adjacent frequencies? or would even the best hardware available struggle to discriminate that finely?

I think the question might be better answered here. I'm looking to use some RFID tags over a metal sheet. But I can't read them when they are sticked to them. After some research I've seen that for this specific frequency (UHF or ISM band) and type of tag, is not possible to do it.

So I was wondering, why does this happen? Shouldn't the metal sheet act like an antenna or something? Why putting space in between the metal sheet and the tag makes it work, but only if air can pass through the space (e.g.: using foam between the tag and surface, instead of more glue or bifacial adhesive tape).

In before, I'm terrible sorry for my poor English. There's so much an orthography check can do, but grammar is not one of them.

I'm working on a project in which I would like to be able to broadcast an ascii encoded message and all other radios in range should be able to receive the message. I don't need to route data(ie: data goes from point a to point b, nothing more) .

Radios are mobile, so base-client relationship is not possible. I'd like to be able to hit at least a mile with an 8db flat patch antenna.

Basically I need something like like ham radio, but with data.However, I can't fit a whole ham radio setup in my project nor can I use licensed bands ;). I can draw as much power as I want however.

While the 30dBm gain and architecture work for my application and I can sustain comms over a mile of LOS urban terrain with an 8db flat patch antenna(RSSI of -80db), the bitrate is too low for my tastes(rf rate is 38.4k with sustained rates of 20k), the radios are flaky, and Laird is uninterested in developing the product further (the radio uses the TI CC1010 which is almost 10 years old) .

So my questions are:

1.Is there an off the shelf radio(ie: has SPI or UART input, I push data, data goes to another radio) that hits 30dBm in the 915mhz ISM band that has better rf rate performance and sensitivity than my current radio and fits my architecture and size needs?

(I've also used the Digi X-Tend with similar results. I'm not pushing IP data and some of the nodes in the network are microcontrollers with no TCP/IP stack so I'd rather not use Ubiquti. )

2.If I was to roll my own radio(using the CC1125 and an 8051 for example), how would I implement FHSS so that I could have units communicate and hop without having to explicitly configure one radio as a base?Are there any open source libraries that do this?

2a. I don't expect much much interference for my project so would DSSS work better? If so how would I implement DSSS?

We've just released our slim RFM69HW breakout board. The RFM69HW is a long range +20dBm ISM band wireless module - we've had no problems getting links of up to 1km with this device.

We've had previous breakout board, but had many request from the DIYDrones community for a smaller device - this one should fit that bill.

I'm going to design and build a 2.4GHz (or 900MHz) radar for my university to give a demonstration on some practical applications of our upper-level EE courses. It's based upon this project shows about a month or so ago.

Here's a link to the diagram of what needs to be done: http://i.imgur.com/zx0fW.png

I want to make the receiver circuit as sensitive as possible, possibly up to -110 or -120 dBm. What power level does the ADC need to be driven at, and how do I match the impedance of the ADC and the rest of the RF system? After the mixing stage, my signal will be at LF and should be under 100kHz. That way I can use the internal 10-bit ADC but still guarantee 8 ENOBs. Is my architecture as a whole generally correct? The non-RF stuff is super-easy to me, but getting into the RF realm, especially 2.4GHz, is an entirely new world. I'll try as hard as possible to answer every question.