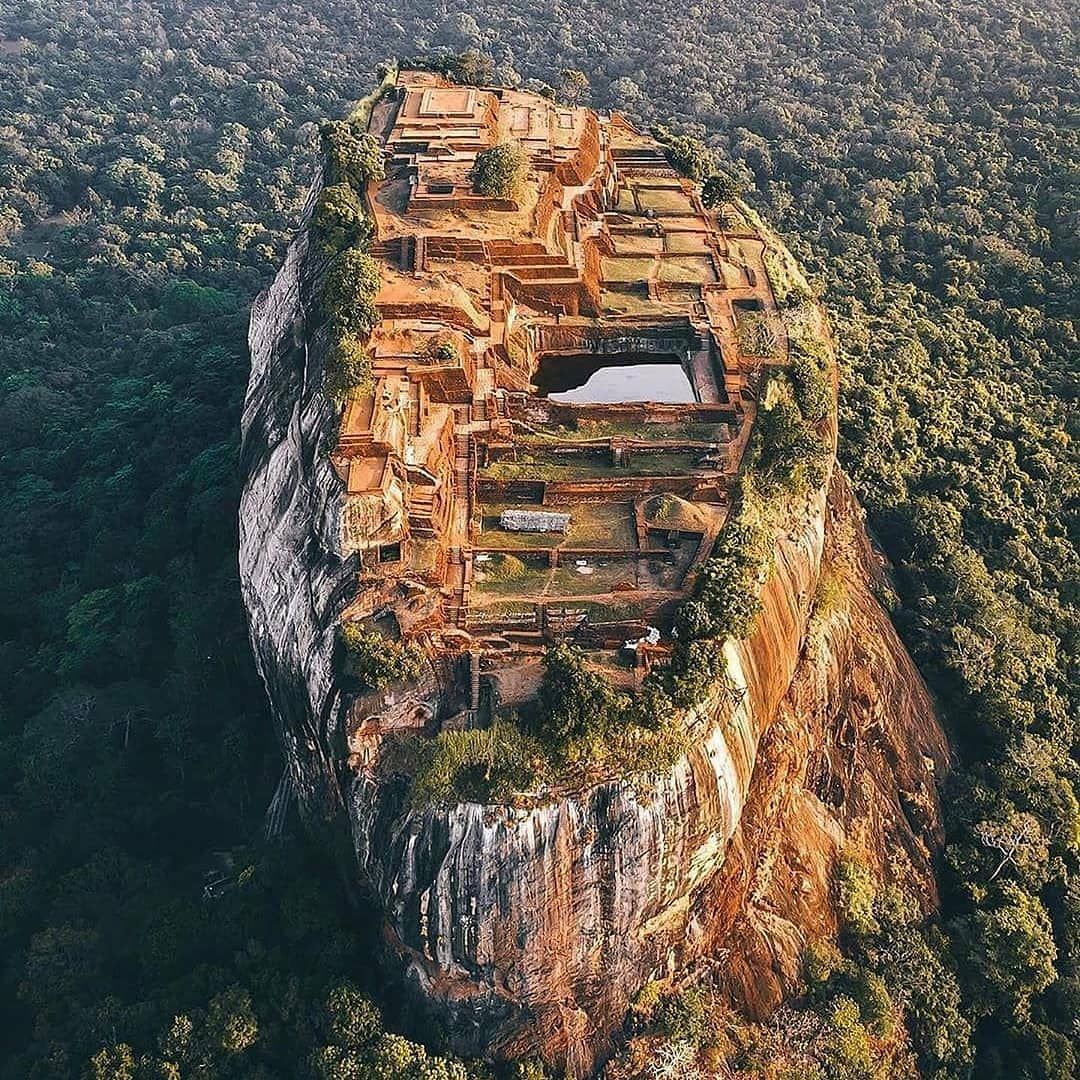 👍︎ 29k
📰︎ r/interestingasfuck
💬︎
👤︎ u/eternaldamnation2005
🚨︎ report
The irrigation Dog
👍︎ 14k
📰︎ r/interestingasfuck
💬︎
👤︎ u/ashsri1
🚨︎ report
I found this spritely chap in the saline tank of my nasal irrigation device this morning. He very nearly ended up deep inside my nasal cavity. v.redd.it/7p50ons03yw61
👍︎ 470
📰︎ r/MakeMeSuffer
💬︎
👤︎ u/Trapezoidoid
🚨︎ report
My worm bins and hot compost setup-testing the automated irrigation as well as temperature control or misting system v.redd.it/7gla5hpoahv61
👍︎ 287
📰︎ r/ZeroWaste
💬︎
👤︎ u/BotanicalFreddy
🚨︎ report
Just finished my tent irrigation project finally got it how i want it! Wedding cake! Spiderfarmer sf4000s, ac infinity! v.redd.it/kpa2hyvn6cw61
👍︎ 53
📰︎ r/microgrowery
💬︎
👤︎ u/jaycee77413
🚨︎ report
The loss of Dahla dam is a major blow to the Government. The Taliban now control all of the irrigation water provided by the Arghandab irrigation network which feeds 4 districts twitter.com/bsarwary/stat…
👍︎ 79
📰︎ r/war
💬︎
👤︎ u/Guranoboingboing
🚨︎ report
PSA: if you have a house with an irrigation system, set it to run early in the morning and not in the afternoon. You can use much less water this way without negatively affecting your plants or lawn. Also, you really only need to water 2 times a week.

I do a lot of walking through neighborhoods and see a large number of homes with irrigation systems running at various times in the middle of the day, often every day. This is wasteful because a significant amount of water is lost to evaporation during this time, and most plants and grass don't need daily watering.

Instead, set your system to run early in the morning before sunrise. This way the water soaks into the soil before it gets hot out, which reduces evaporation. In addition, it means your plants will already have water and nutrients ready to go when they need it the most when the Sun comes out. You can also set your water scheduler to run multiple times for shorter periods of time, instead of running continuously for one long cycle. This allows time for the water to soak into the ground better before adding more water, and also helps reduce runoff and encourages roots to grow deeper. So for example instead of running for 20 minutes straight, set it to run for 10 minutes, wait an hour, then run another 10 minutes.

When I moved into my current house, the owner had the irrigation system set to run every day in the middle of the day. One of the first things I did was change it to run at 5:30am and 6:30am instead, and only run 2 days a week. There has been no discernible difference in plant/lawn health despite water usage being cut by about 2/3.

Given that we're in a huge drought, and by far the biggest residential use is for irrigation, hopefully this will help some folks to reduce their usage and save on your water bills :-)

Telangana, chief minister K. Chandrashekar Rao (KCR) laid the foundation stone on May 2, 2016, is expected to irrigate 70 per cent of the state, covering 80 of the 119 assembly constituencies.

When completed, the KLIS, for which the foundation stone was laid on May 2, 2016, is expected to irrigate 70 per cent of the state, covering 80 of the 119 assembly constituencies.

KLIS is divided into seven links and 28 packages to build 20 reservoirs in 13 districts which can hold 141 TMC of water. These reservoirs are inter-connected through tunnels running to about 330 km, including the longest 21 km tunnel connecting Yellampalli and Medaram reservoirs. The canals will be 1,832 km-long, taking water as far as 500 km from the source. And it will be pumped up to 618 metres from mean sea level—the highest point of KLIS—into the Kondapochamma reservoir in Gajwel.

As the monsoon hits Telangana in full force, water from the Kaleshwaram Lift Irrigation Scheme (KLIS) is gushing from Medigadda in Jayashankar-Bhupalpally district to the Mid Manair Dam in Rajanna-Sircilla district.

The sight of water flowing through what were earlier parched areas has brought joy not just to farmers but also engineers working under KLIS.

Alleging that massive corruption has been taking place under the guise of the KLIS, former health minister and BJP leader Dr. Nagam Janardhan Reddy says the Telangana Retired Engineers Association has been misleading people on the ongoing corruption. The association, on the other hand, claims that the accusations of misuse of funds worth Rs 1 lakh crore are false when the expenditure on the KLIS so far has only been Rs 65,000 crore.

>“I have been arguing since the inception of the project about large-scale corruption,” says Reddy. According to him, as per the information received through queries under the Right to Information Act, the difference between the actual price and the agreement rate in purchase of pumps and motors for four of the packages alone under the project was Rs 5,662.22 crore. Information furnished by the Bharat Heavy Electricals Limited showed that the supply price of equipment for the four packages was 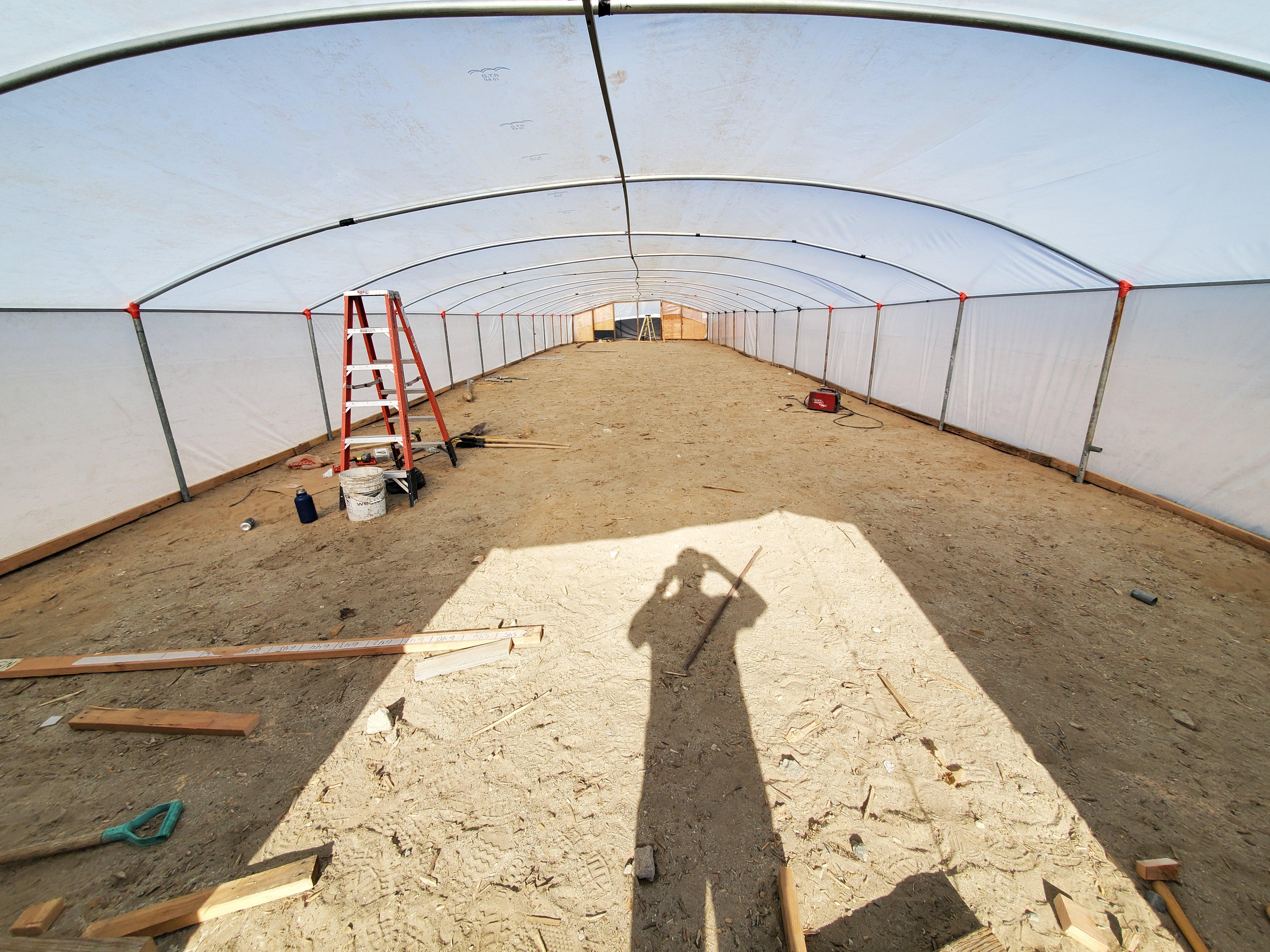 We've gotten quotes ranging from $4000 to nearly $8000 for 7 or 8 sprinkler zones. I'm a novice at nearly everything but I've been able to install tile flooring throughout my first floor of my house and build a fence. Those projects were hard work, but fairly straight forward. How difficult would you say this project is, in comparison? What have your experiences been with installing a sprinkler system?

Can someone please explain to me how to utilize the Irrigation Tower and the fertilizer mats so that I don’t have to fertilize everything by hand? I checked the Help menu, but didn’t see anything regarding that.

Please and thank you! 😁 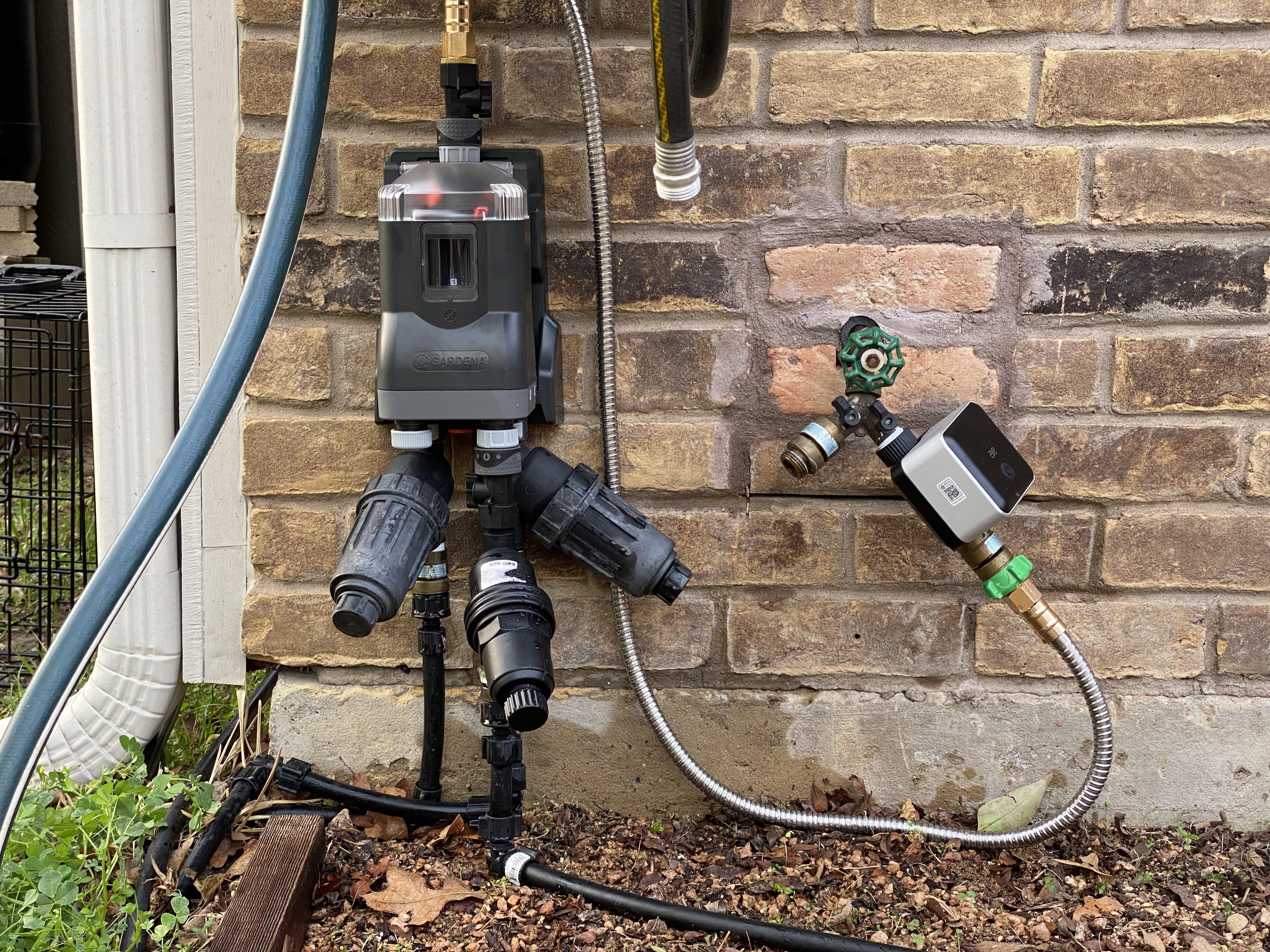 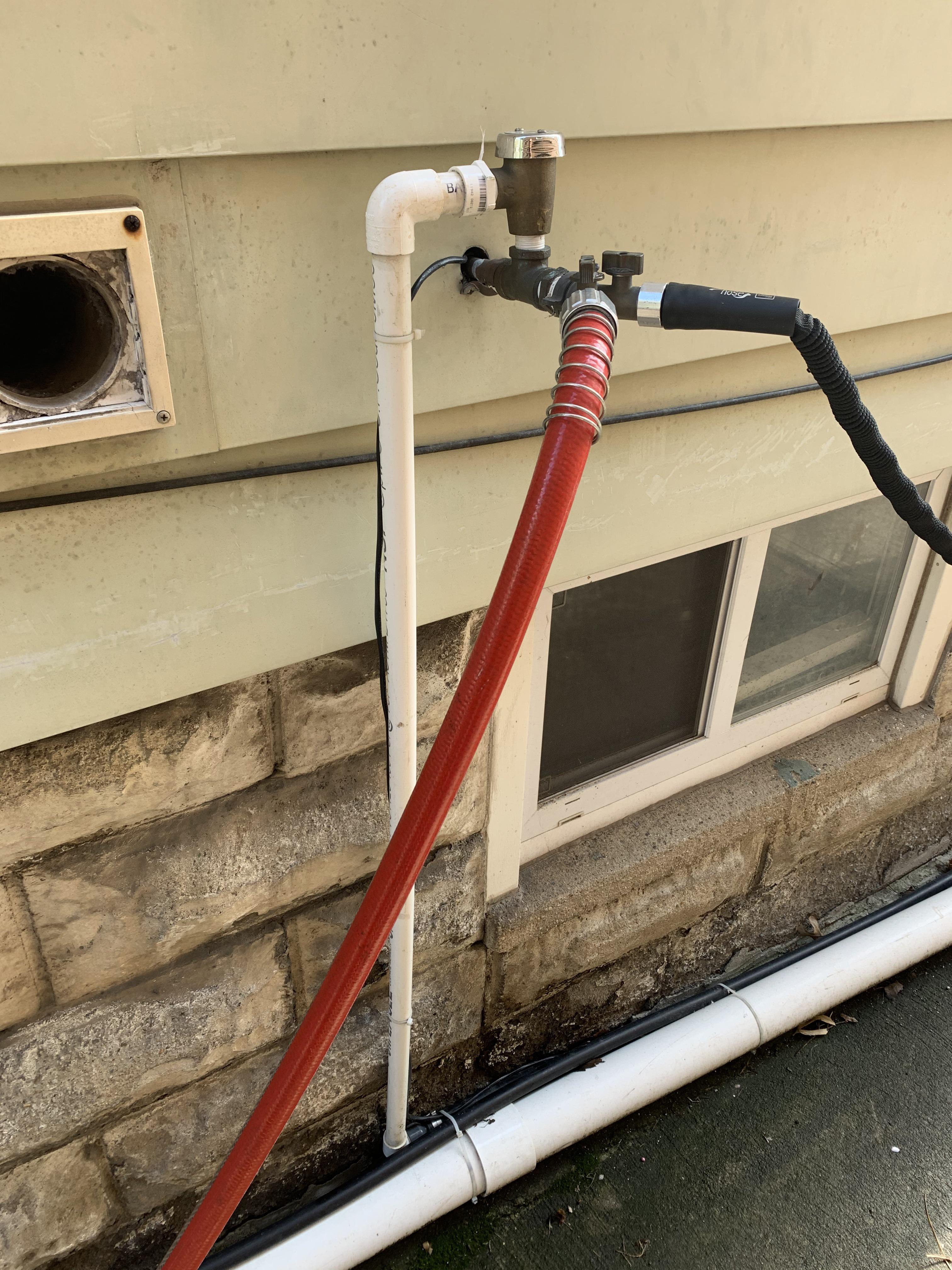 Does anyone use a micro irrigation system in the greenhouse?

Id like to make my watering quicker and more effective and thought this might be a solution, however they all seem to need to be attached to a tap which is not suitable for an allotment.

Just wondered if anyone had connected one to a tank? Did it work? Any tips?

I am a new Dental Assistant and working in my first office. When giving post-op instructions, my dentist advises our patients not to do any irrigation or salt-water rinses, etc. They explain to patients that it can dislodge the clot and cause issues and that our body knows how to handle food in the socket on its own and the site should just be left alone to heal.

Obviously, I have always heard conflicting opinions on this and I'm just wondering what the general consensus is on irrigating vs no irrigating.

Just to be clear as well, I am talking about irrigation in the first few days after extraction, not 1-2 weeks after.

👍︎ 18
📰︎ r/Dentistry
💬︎
👤︎ u/unholybreakfast
🚨︎ report
New to irrigation & drew this after dripdepot tutorial. legend is on the middle left. Do I continue to run main line to pots on top left? Do I get 1/4” drip line with prepunched holes or solid tube and I punch every 12” and install an emitter? Anyone bought from Amazon, seems more affordable.

I say possible because you have to be careful confounding correlation for causation but I have been headache-free for around two weeks now, and three weeks ago I started inverting my head during nasal irrigation. I don't do the full upside-down thing lying supine on a table–I just stand over the drain in my kitchen as usual and tip my head forwards as far as I can comfortably go. I then use a nasal syringe (switched from neti pot specifically to do this) and gently 'pulse' the water into my nose. Because the nasal syringe uses half the water as my neti pot did, I do two runs for each nostril–right, left, right, left.

If you haven't tried it yet and are interesting in experimenting with non-surgical remedies like I am I strongly recommend it.

It's not a miracle cure by any means–I still pretty dry and stuffy when I wake up in the mornings–but the headaches I was getting (usually once or twice a week) were just debilitating, stopping me from enjoying or really doing anything, and Ibuprofen or Paracetamol did nothing. So if this keeps up I'll consider it a big step.

I've been in my house for several months now and have added a decent amount of landscaping. As the hot Florida summer approaches, I'm getting concerned about my city water usage. Our sewage charges are quite high, so it ends up being expensive to use water for plants, grass, etc.

There is a well on the property and I believe the previous owners cut it out at some point prior to selling the house. I dropped my tape measure in (30 ft) and a significant portion of the tape came up wet, with clean looking water.

Is it wild to think that I could DIY installing a pump? There are existing hose bibs throughout the yard that I'd connect for now until installing underground sprinklers makes sense.

Pictures of the well pipe and other connections

I'm planning on running some simple drip irrigation lines to a couple of planters I have, and I wanted to find out how important it is to bury any of the lines. Most of the plants I want to deliver water to are along the side of the house, so I was thinking that I could just run the feeder line, stake it down, and then tap off that to shoot over the foot or two to the raised boxes. Nothing would have a lawn mower going over it, and my plan is to pull it all up for winter. Am I missing anything?