i bought this linen wrapped hardcover notebook in a boutique a few years ago and just found out the company discontinued their retail sector of their company. i really want to find something comparable as i've had this journal for a long time and it's help up, plus i'd like cohesion. suggestions? 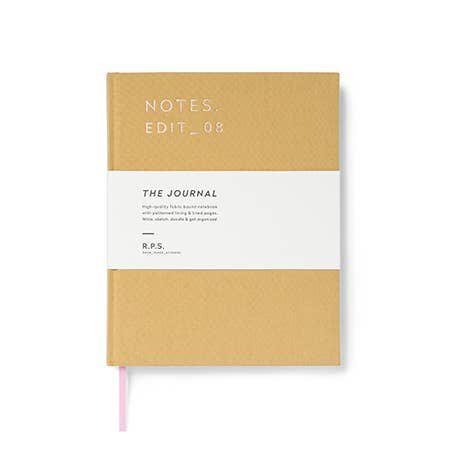 👍︎ 6
📰︎ r/stationery
💬︎
👤︎ u/fleshamensiac
🚨︎ report
What is the best way to repair the binding and/or spine of a Moleskine hardcover notebook and/or journal?

👍︎ 4
📰︎ r/moleskine
💬︎
👤︎ u/IRON9CYCLONE3
🚨︎ report
I have a question: When you journal - do you prefer hardcover notebooks, softcover notebooks, or do you not care? I always find that each of them has their own advantages... 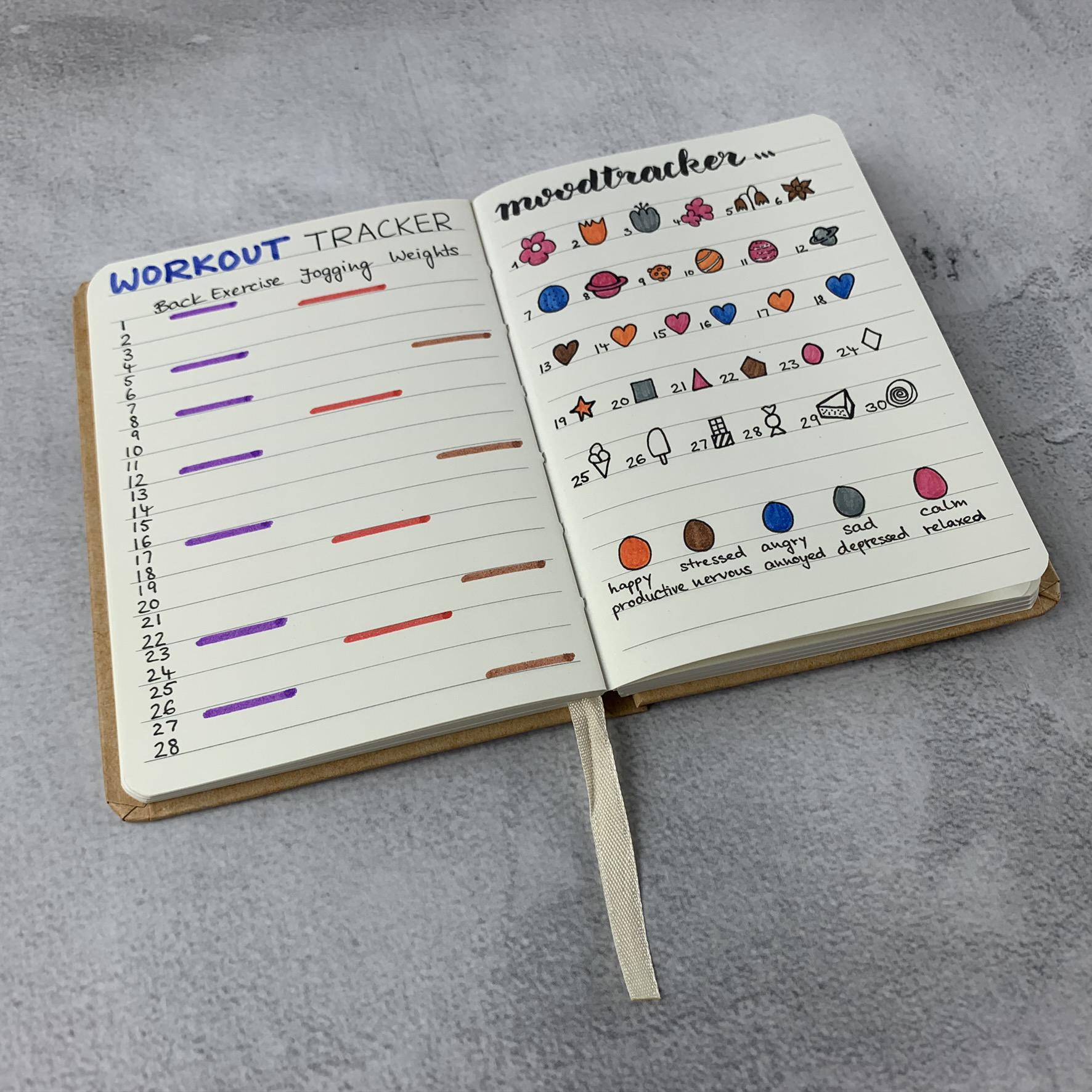 Just looking for a suitable fountain pen-friendly journal to use once I finish my current one.

Does anyone know where I can find some interesting hardcover journals/notebooks? The only ones I’m finding are either single color or have some kind of floral design. Any suggestions containing more variety would be great! 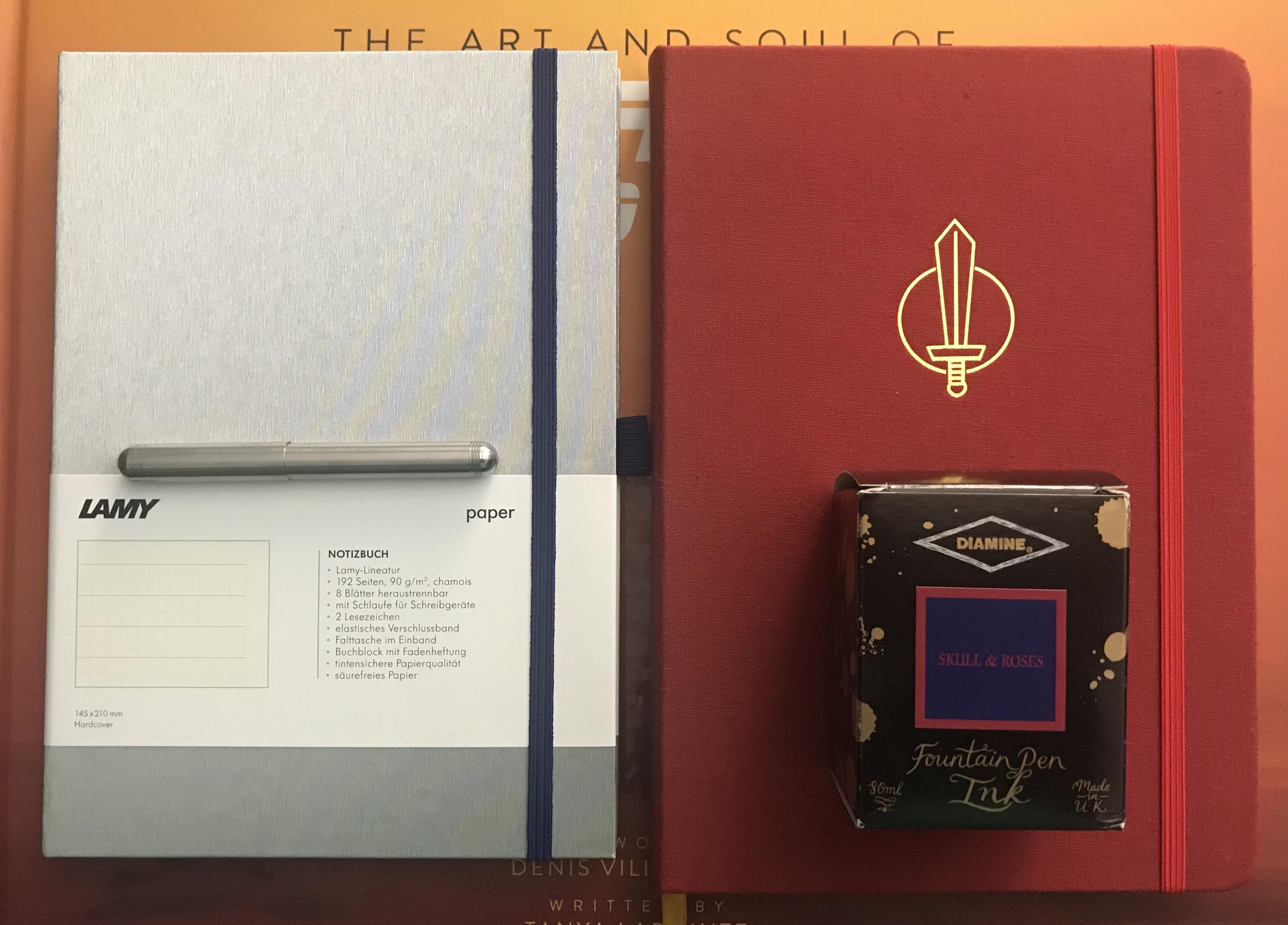 I have no idea where to even go to post this. I am struggling to find the marble hard-cover three subject notebooks. Yes they still exist, but everything these days doesn't seem to use the hard (thick) cardboard cover, and everything is flimsy instead of rigid. Is there a place I can go to discuss journals (hard cover, leather, etc.), weights of paper in the book, and pens and so forth? I'm an admitted pen snob.

I've never used this brand but it's not a bad if you are looking to stock up.

👍︎ 15
📰︎ r/PacificRim
💬︎
👤︎ u/SirRicco
🚨︎ report
Random purchase turned out really well! I bought this Exceed hardcover notebook on the fly from Walmart. I was super surprised at the quality and I’m loving it for journaling. 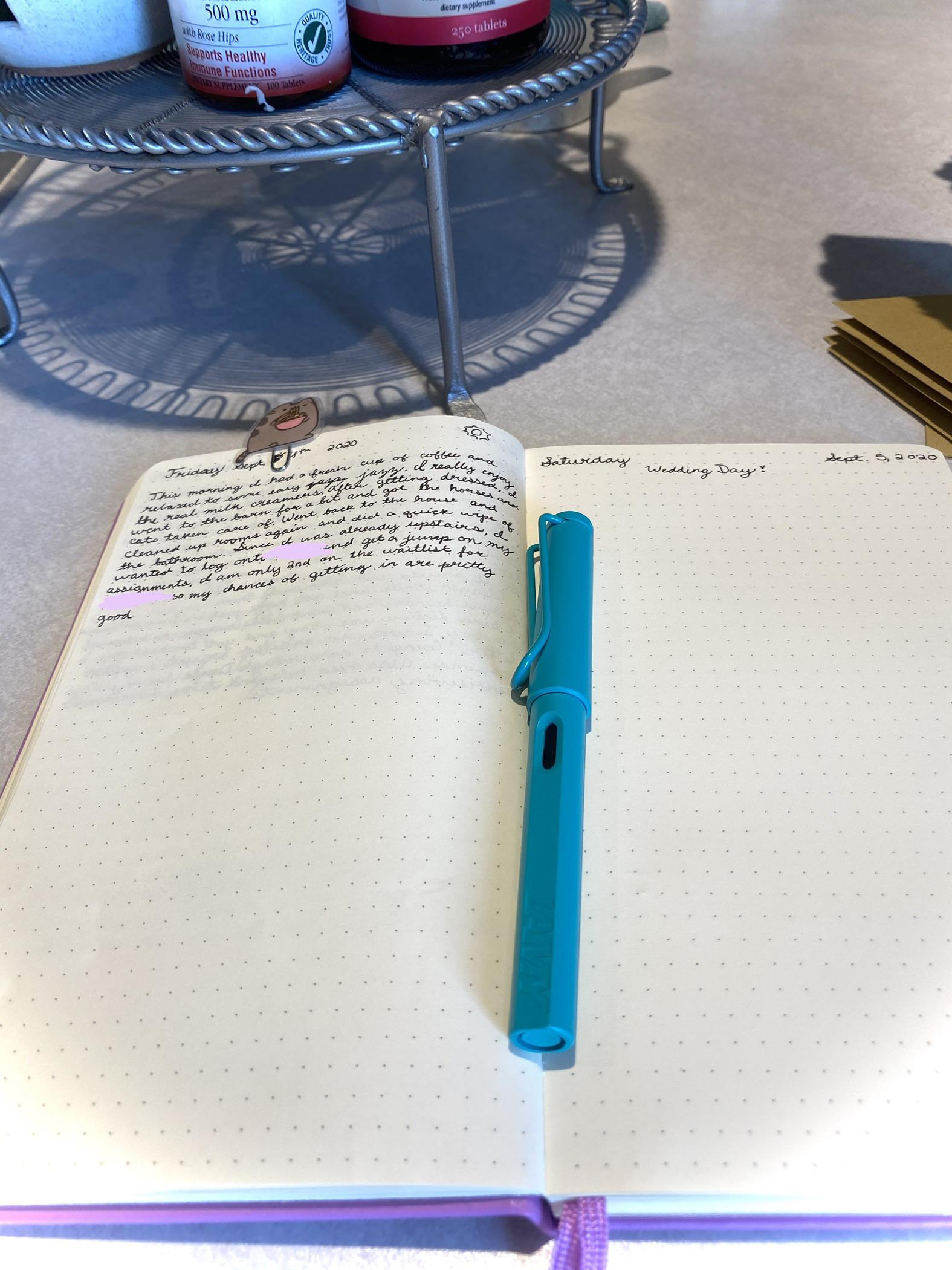 A company called Brandless used to sell extra-tall wire-o memo pads (images below), and I've had no luck finding a replacement.

At the least, I'm looking for no wider than 3-4", and around 7-8" in height. Hardcover and lay-flat binding (like the wire-o) are a must; it makes the best daily "to-do" list.

Any suggestions greatly appreciated! Thanks!

Edit: Looks like "reporter's notebook" is the correct search term, rather than "extra tall memo pad" or the like. Thanks everyone, for the help!

I want to order some hard cover notebooks, with fountain pen friendly paper, with a custom design that I made as the cover. Does anyone know of a company that does this?

Sorry about the grammatical errors. Auto correct sadly can only do so much.

👍︎ 6
📰︎ r/fountainpens
💬︎
👤︎ u/M1RR0RED
🚨︎ report
Finished making my own refillable hardcover A5 notebook! So happy with my color choices and love that it pairs so nicely with my Sailor Pro Gear Slim, Spring Rain reddit.com/gallery/sqwz0y
👍︎ 180
📰︎ r/fountainpens
💬︎
👤︎ u/La-Flaca-7266
🚨︎ report
Made-by-me hardcover refillable A5 notebook next to my newly acquired Hobonichi 5-year techo (just arrived yesterday)!!! Anyone else like to pair their notebooks with their fountain pens? This weekend’s pairings include a TWSBI Vac 700R in B nib and Sailor Pro Gear Slim in MF nib 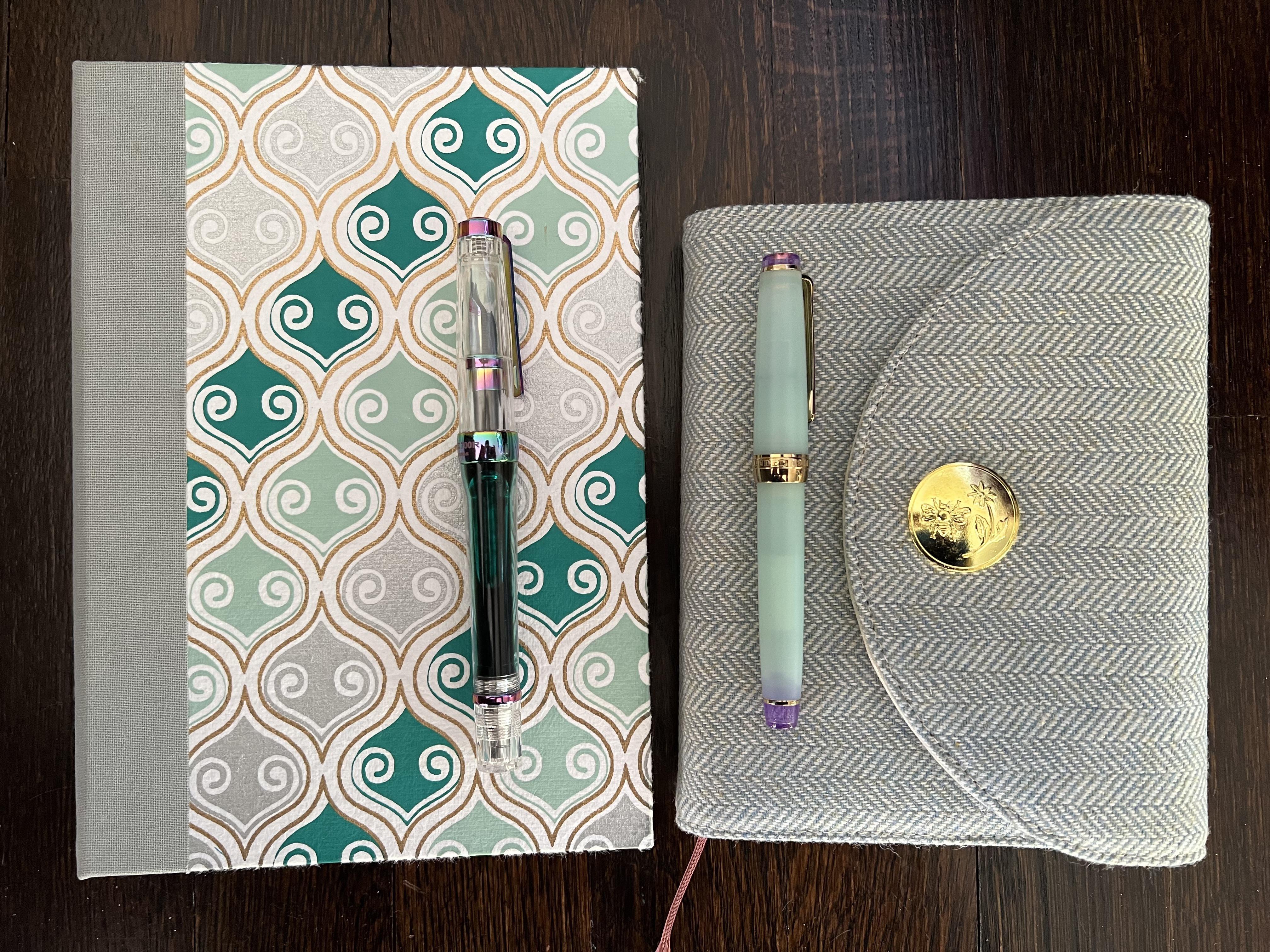 So I have what i call my Brain Book, a B5 spiral bound Milligram notebook, where I put down stuff I know i'll want to remember, like conversations with doctors, outcomes of decisions, and general organising because my life before this has been sticky notes and little scraps of paper everywhere!

But... I organise it with little flags because i can't go back and add pages where a section needs to be bigger and it's very annoying.

I'm looking at something like the Kokuyo Campus Smart Ring Binder Notebook - B5 - 26 Rings, because you can fold it back on itself to write on, and add pages and tab dividers etc where needed. (even though the dot paper in B5 seems shockingly hard to find!) But... I really want something a little more rigid than the polypropylene cover, I'm used to the board of my Milligram notebook.

So does anyone know of a 26 hole refillable binder with a more rigid cover, please? One that can be bent right back like the Smart Ring Binder? If you have something similar I'd love to hear how it works for you :) (And do you have paper in there that can handle fountain pen ink?)

After browsing the internet for 2 hours with 384 tabs open, I figure I should try asking the community.

What I'm looking for, is to help get started putting together my own version of a Dungeons and Dragons manual. This will be an on-going work in progress, so the ability to add pages or move them around is imperative. I'm hoping for hard bound, in A4 or letter format pages. I'm also leaning heavily toward a dot grid setup. A heavy (140 GSM maybe?) paper, maybe with some quality texture would be an absolute bonus as well.

Edit to add: lay flat would be a huge help as well!

Does anyone have any suggestions to look into that fits this criteria? Thank you in advance.

👍︎ 6
📰︎ r/stationery
💬︎
👤︎ u/Roughly_TenCats
🚨︎ report
sometimes i find that journalling/writing on a notebook, that i made myself, makes journalling less daunting rather than the usual hardcover notebooks 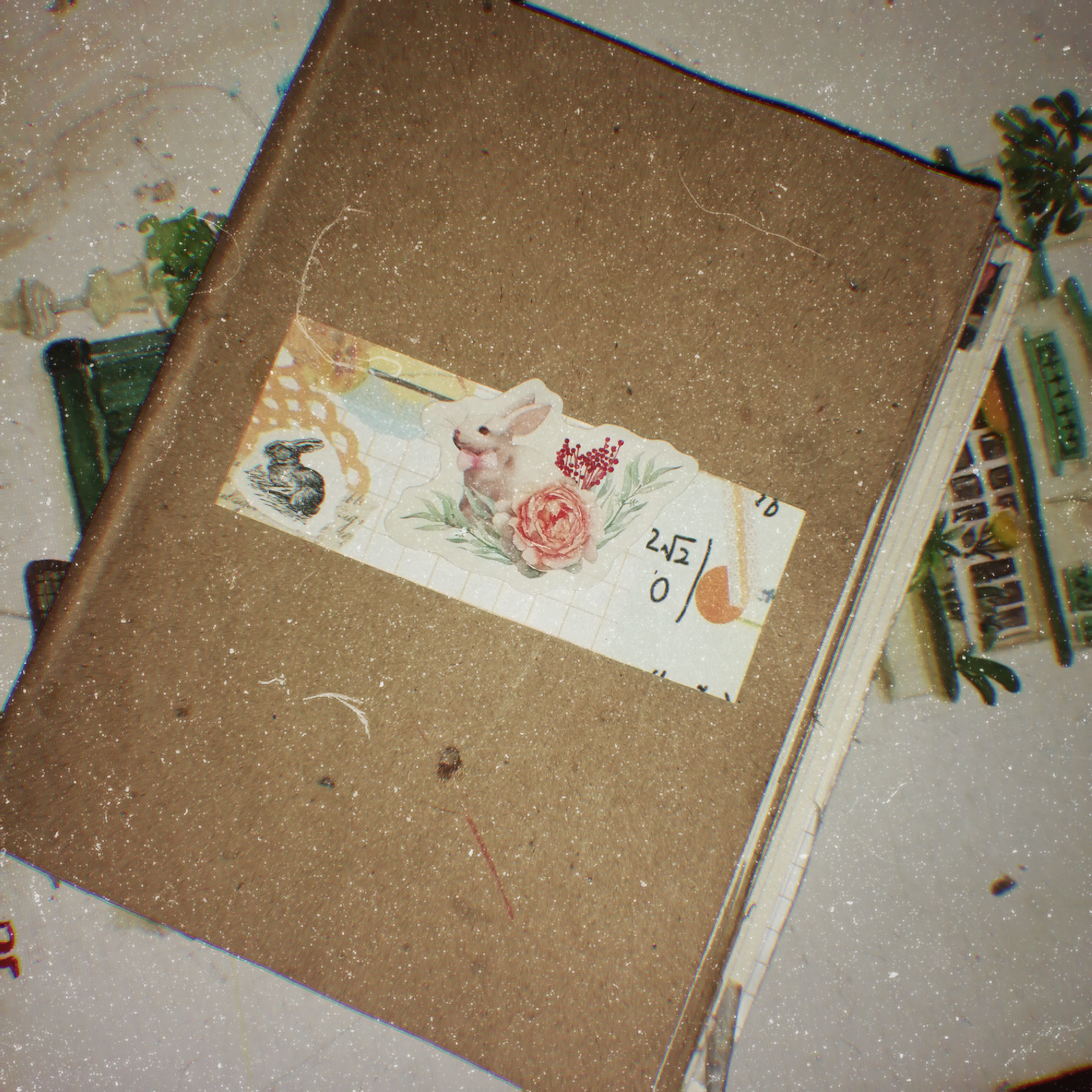 Any brand recommendation? Preferably budget friendly. I have been looking at the Leuchtturm ones, but I find them a bit expensive. I've also been considering Midori. But I'm not sure.

👍︎ 8
📰︎ r/Journaling
💬︎
👤︎ u/dandelionity
🚨︎ report
Do you guys have a hardcover notebook where you keep your game results and stats?

I know it can be done digitally, but I like this being hardware. I keep all board game results in one fat notebook, here is the Imperium page:

The stats from left to right are: Game number; Date; Player
each player has the Race/Name/Points format, and the winner is always the first player written 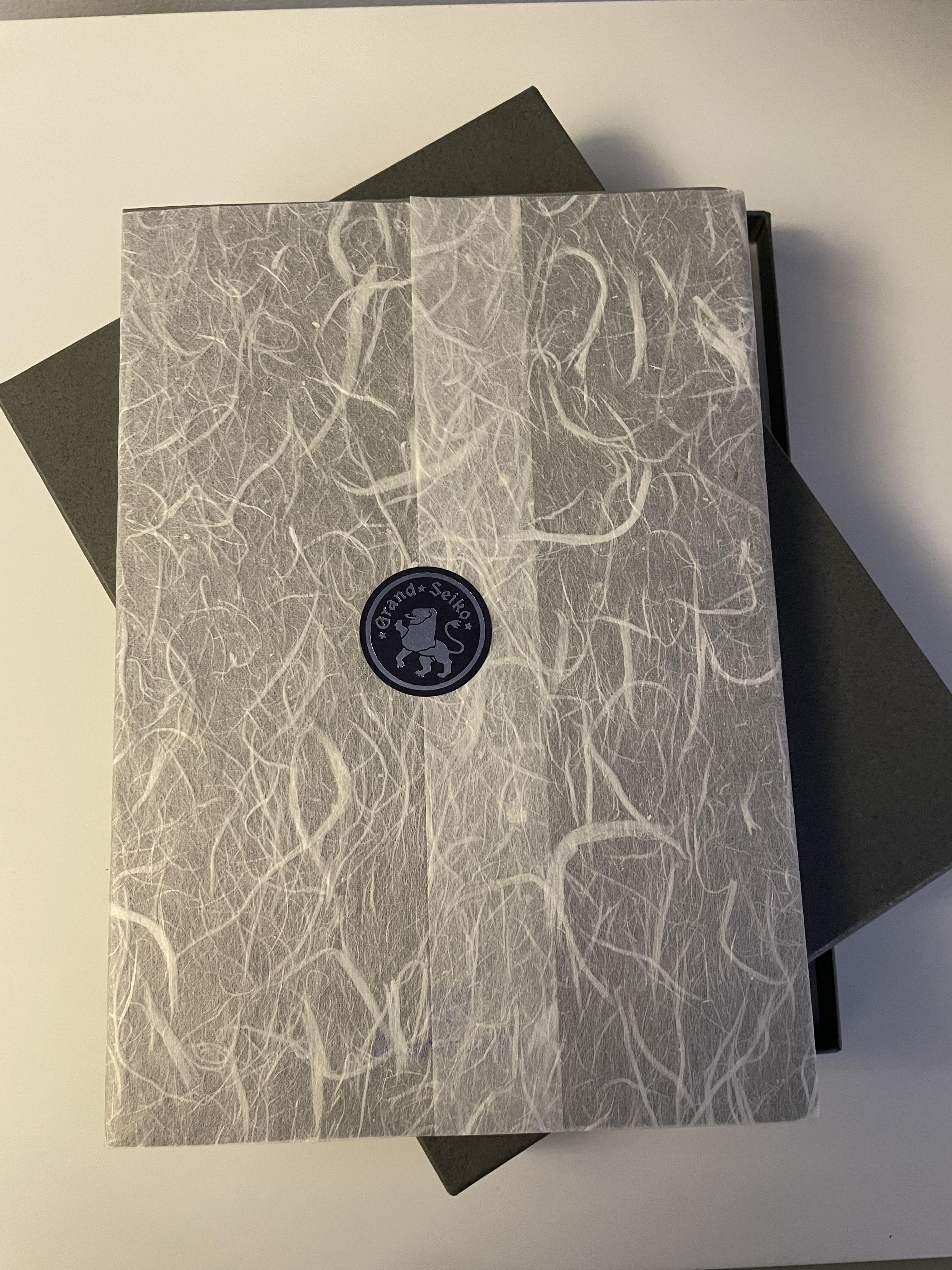 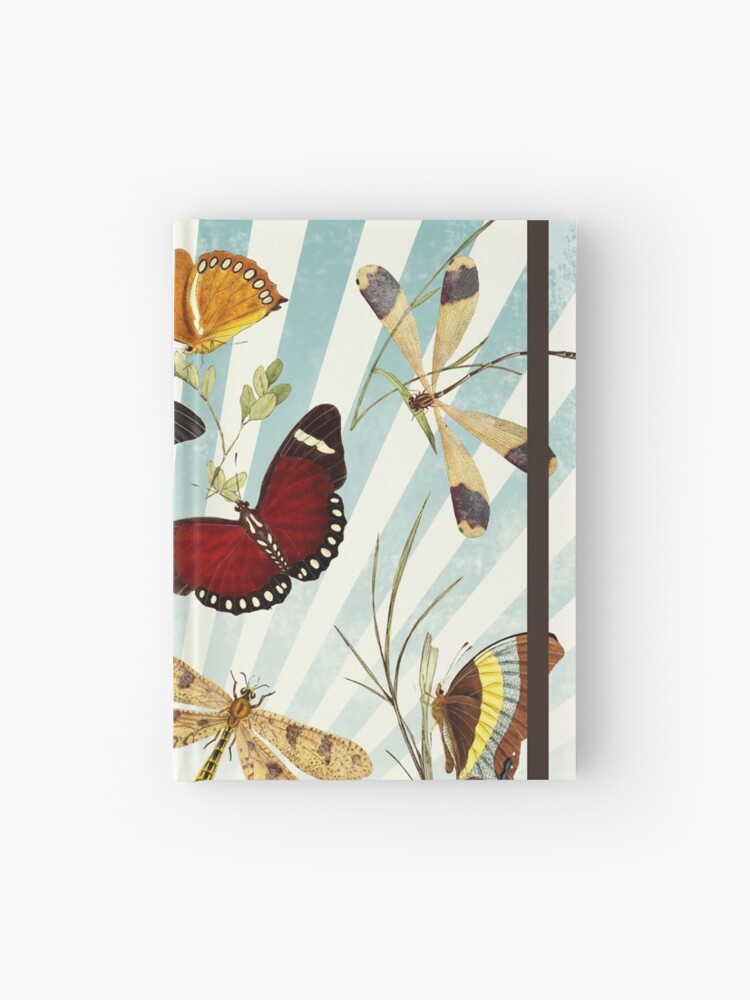 Hi! So I keep diaries and am currently on my third one! They're all spiral notebooks which I would regularly carry around, and after the covers fell off of the previous two, I'm wondering if I should switch to hardcover books instead?

Which do you guys prefer to write with and what would you recommend? I'm essentially worried about if a hardcover notebook would have a higher chance or not of falling apart, since I usually write in my diary pretty frequently.

Does anyone know what happened to the Artist Loft Grid Hardcover Notebook at Michaels (Canada)? I cant seem to find it on their website and stores... I wanted to get a few more notebooks but i couldn't find it. 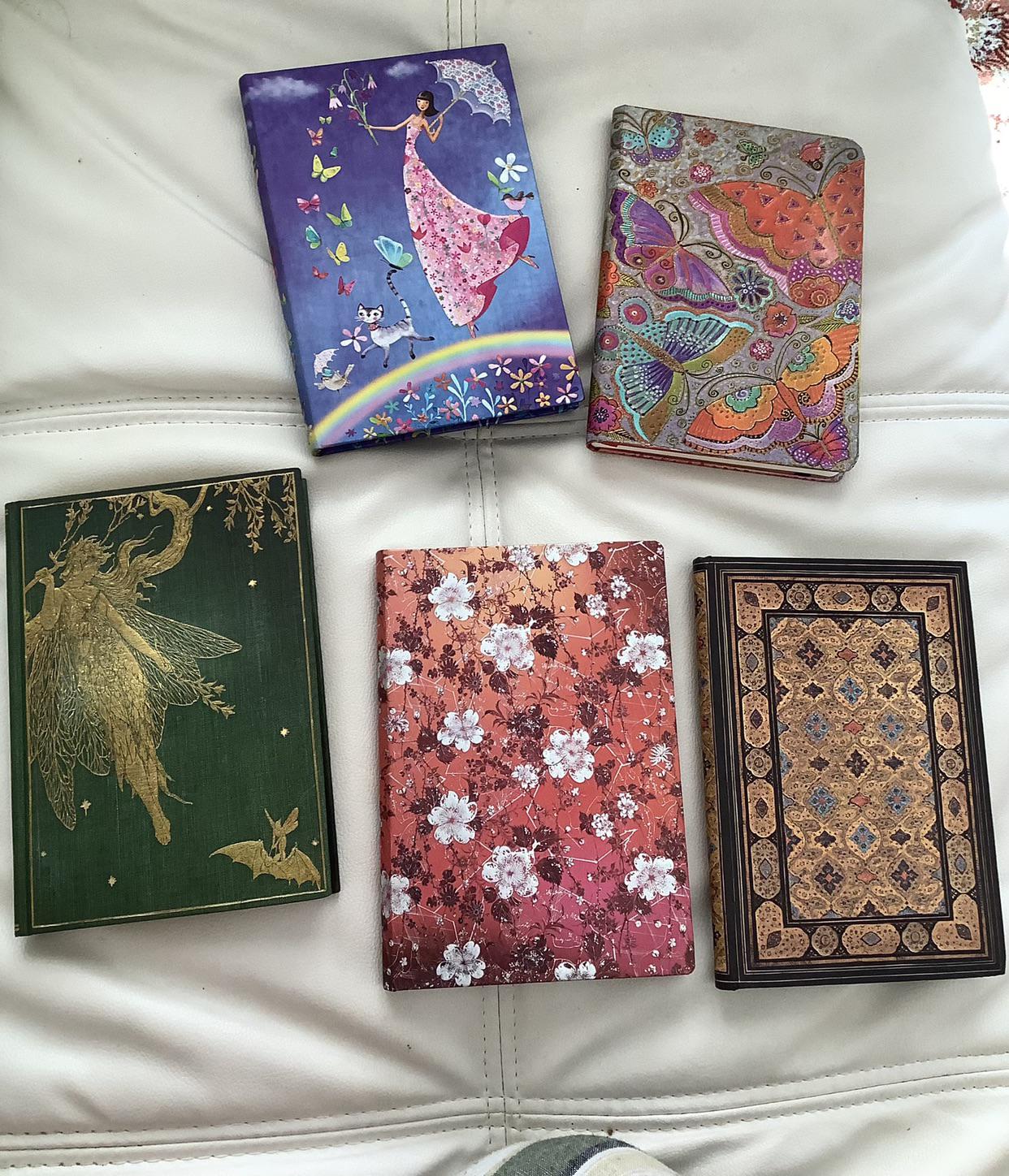 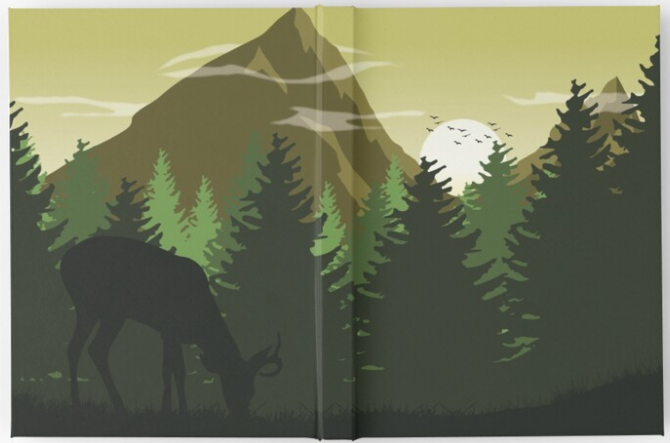 👍︎ 40
📰︎ r/redbubble
💬︎
👤︎ u/QuentinVance
🚨︎ report
Can your superiors look through your notebooks/journals/phone?
👍︎ 164
📰︎ r/army
💬︎
👤︎ u/xdwillisxd
🚨︎ report
I wrote these journals after being sexually assaulted at 12 in a baptist church. My parents dropped off a box of old notebooks randomly last week. This feels like another life... I can hardly believe this was me... Although, saying the fundies there had "micro-brains" does sound a lot like me. 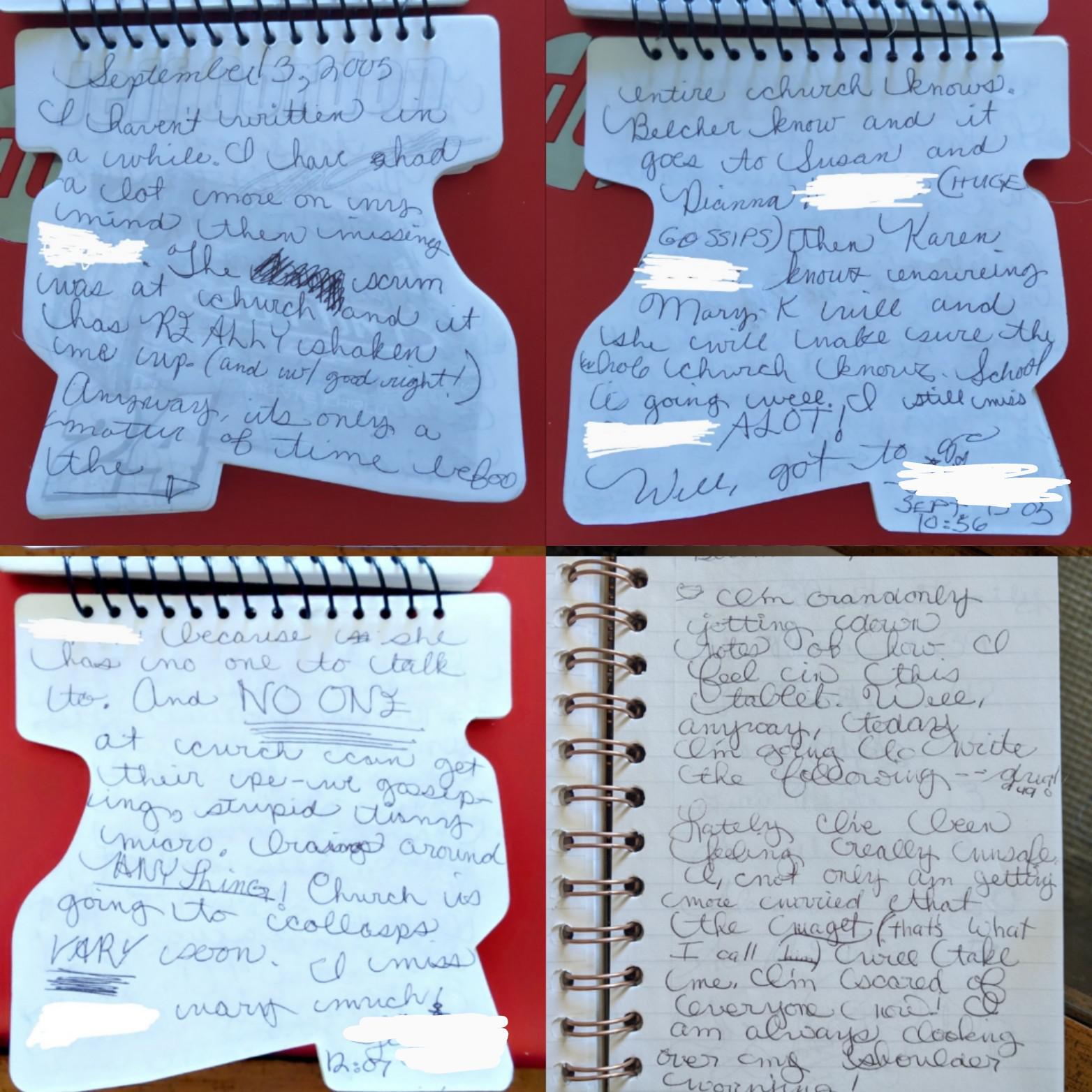 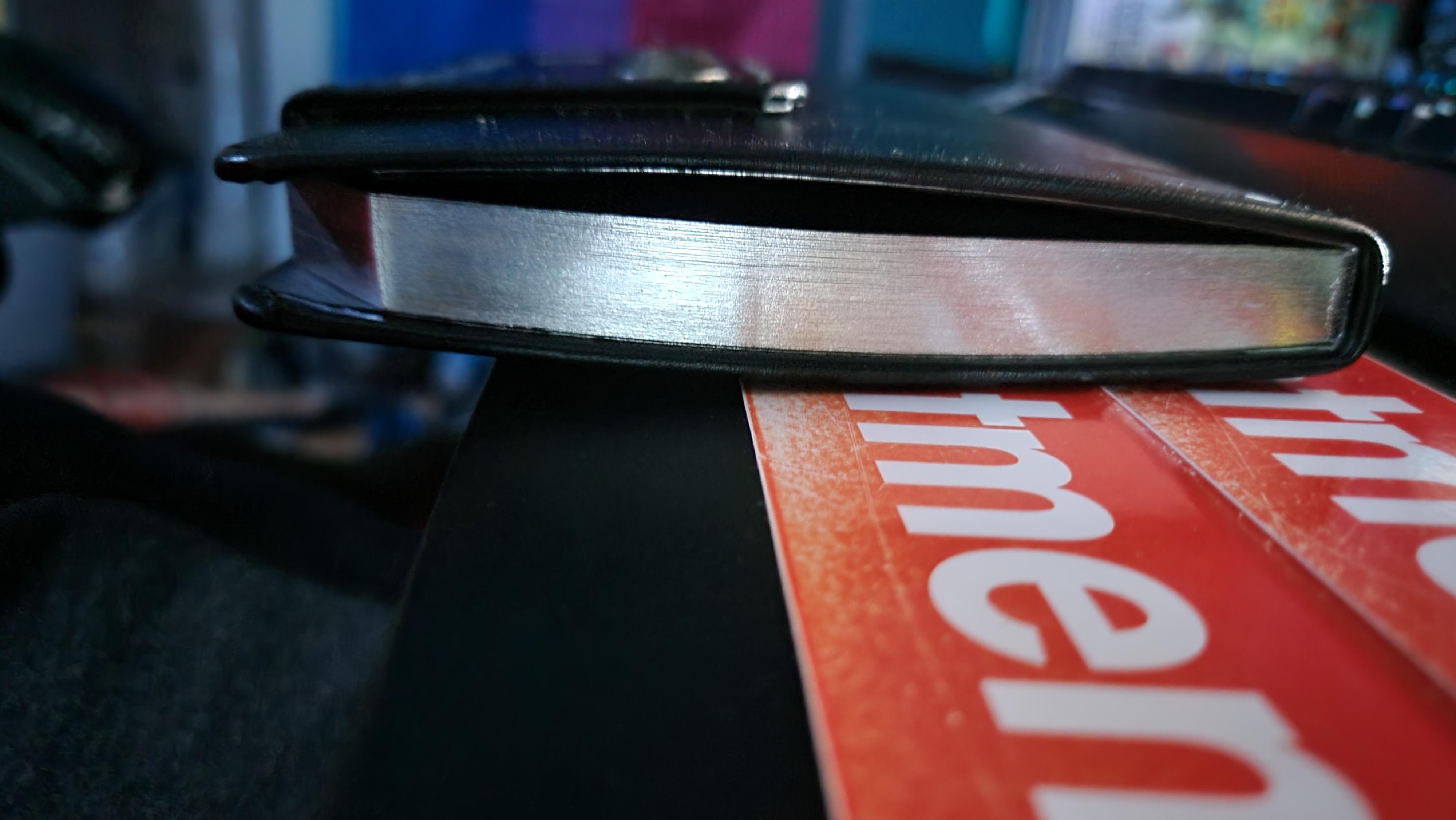 👍︎ 7
📰︎ r/mildlyinfuriating
💬︎
👤︎ u/rgbking
🚨︎ report
AITA for writing an affectionate message in the inner cover of a notebook/journal I gifted my SO?

Over a month ago my SO had her birthday, and I decided to gift her a cute notebook/journal that she had liked on an Instagram post, among other stuff.

Anyway, I thought it was a good idea to write a small love message inside the journal, but the problem was, because this journal was sort of a DIY (you had to put the paper sheets on your own, and also decorate it with a set of stickers it included), I had nowhere to write said message, and ended up writing it in the inner cover of the journal. It wasn't something big, it just said: "With love, [my name]".

She opened the gift in front of her friends, and she seemed very happy until she saw what I wrote. At that point, I saw a displeased look on her face, but didn't think much of it since she just said: "Thanks" and started to open her other gifts.

Fast forward to today, she said she wanted to start using the journey for her new classes, but couldn't because I had written on it. "It's almost as if you did it to mark your territory or something like that!", she said. I explained that wasn't my intention at all, and just thought it would be something cute to do. "Well, now I can't use it because it triggers my OCD. You are not suppose to write there, it looks ugly", she replied.

Even though it made me feel bad, I suggested to erase the message with rubbing alcohol or cover it with stickers, but she said it wouldn't work and the journey was ruined. Since then she hasn't talked to me.

So, what do you guys think? AITA for writing a message in the journey?

Disclaimer: She isn't diagnosed with OCD, and she doesn't display signs of having it.