Sorry folks that I was sooooo hyped for the game but man, its so clear to see that after 4 hours of playing this game is still a worksite. Horrible optimization (playing on ps 4), some textures starts loading after 2-3 seconds you see them. You see a huge box and few seconds later it becomes a car lol. I’m too disappointed to go through.. Don’t even compare to Witcher 3. 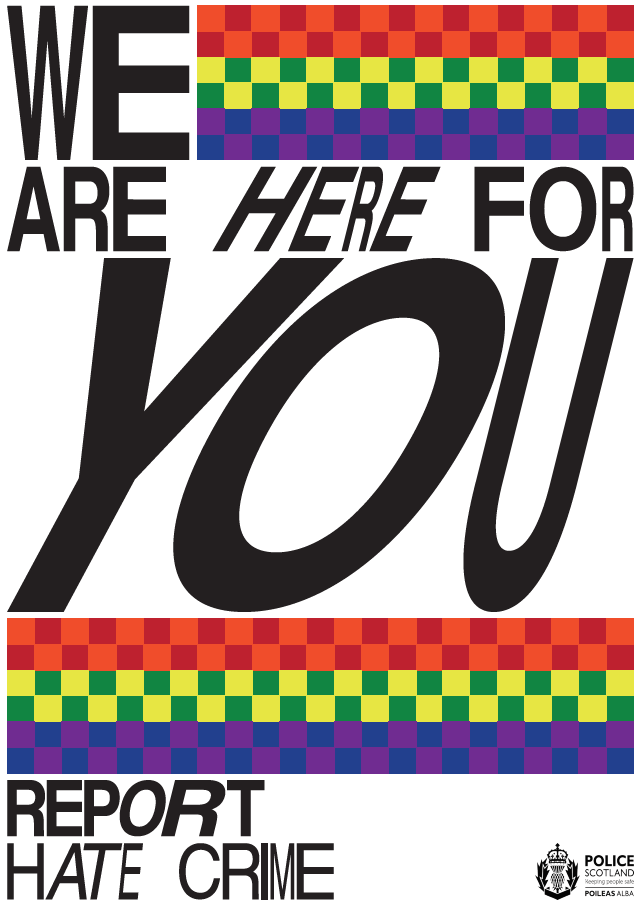 Where is everybody finding them? Ebay is dry and i feel like nobody really explains what to look for and how to recognise fakes

I really dont like building and gathering parts so I find this process frustrating more than fun as many people claim. I wish there was more info about actual quality prebuilts because it feels ridiculous that this is somehow normal to people 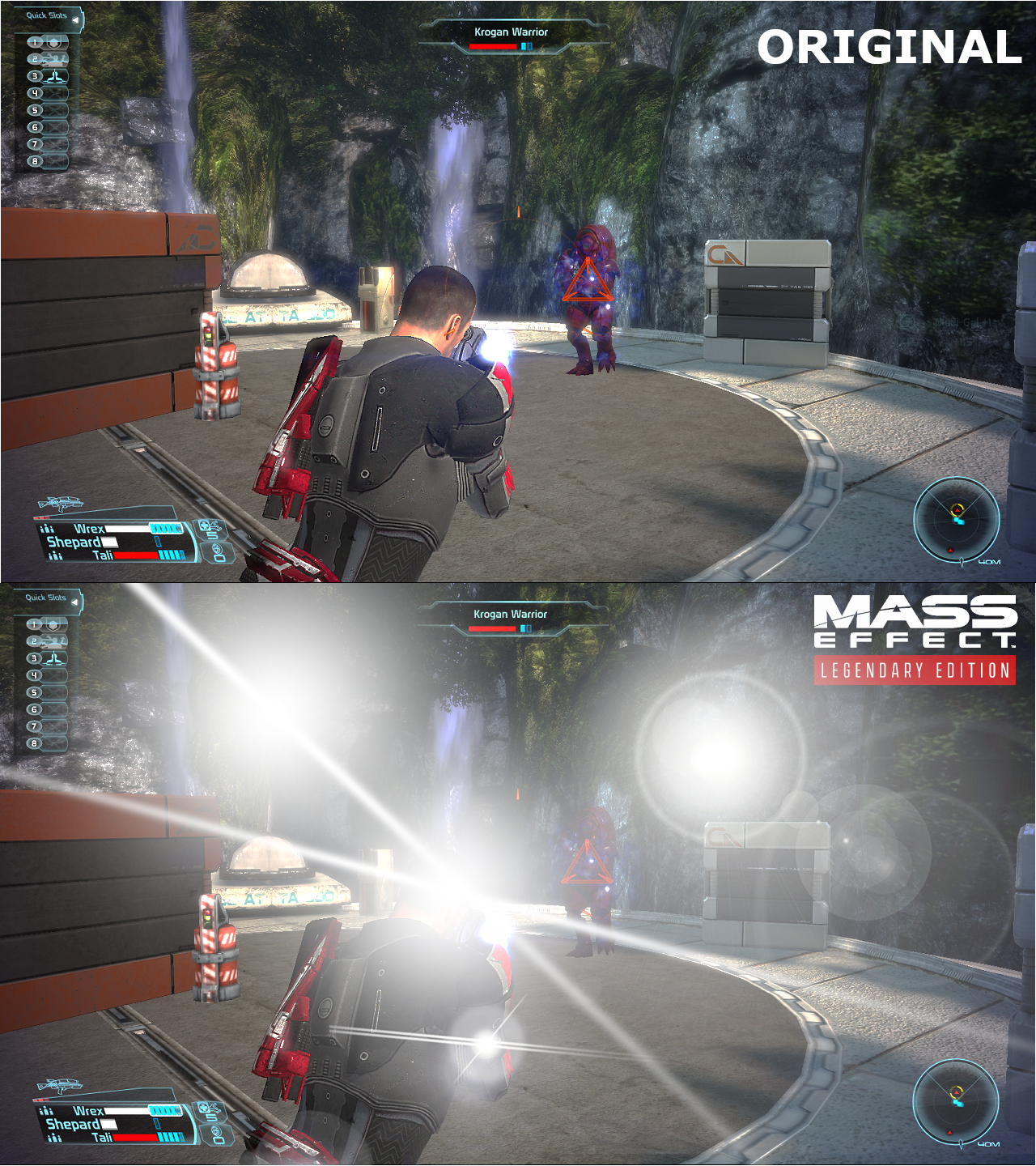 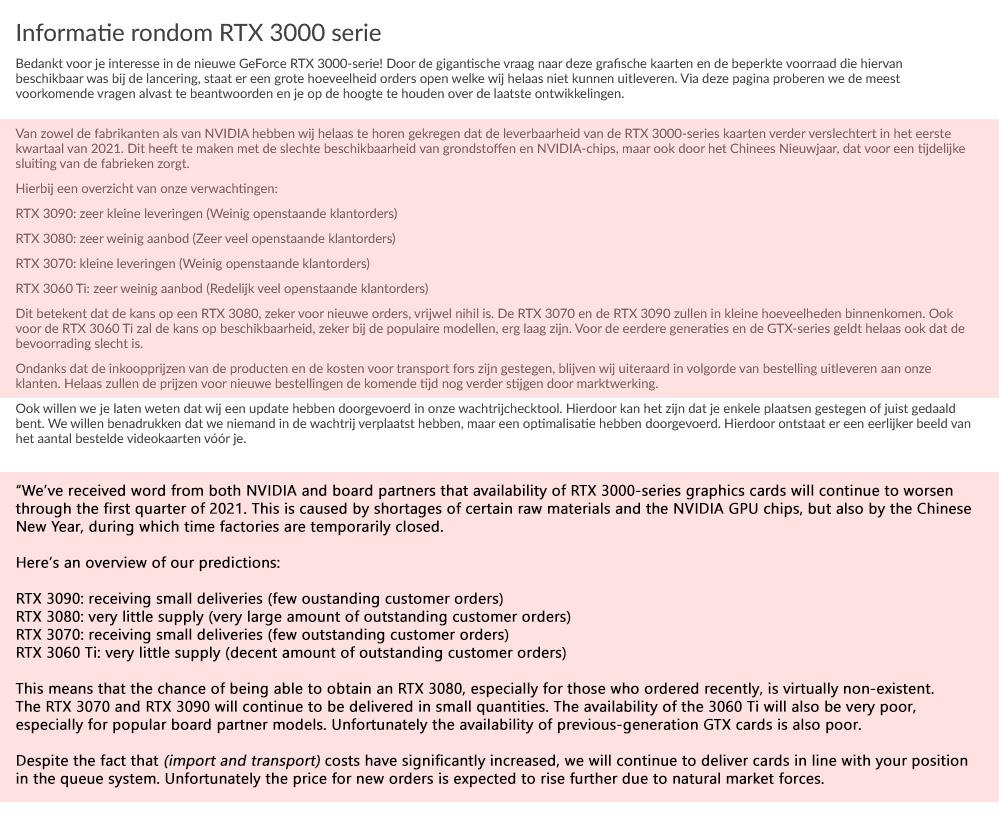 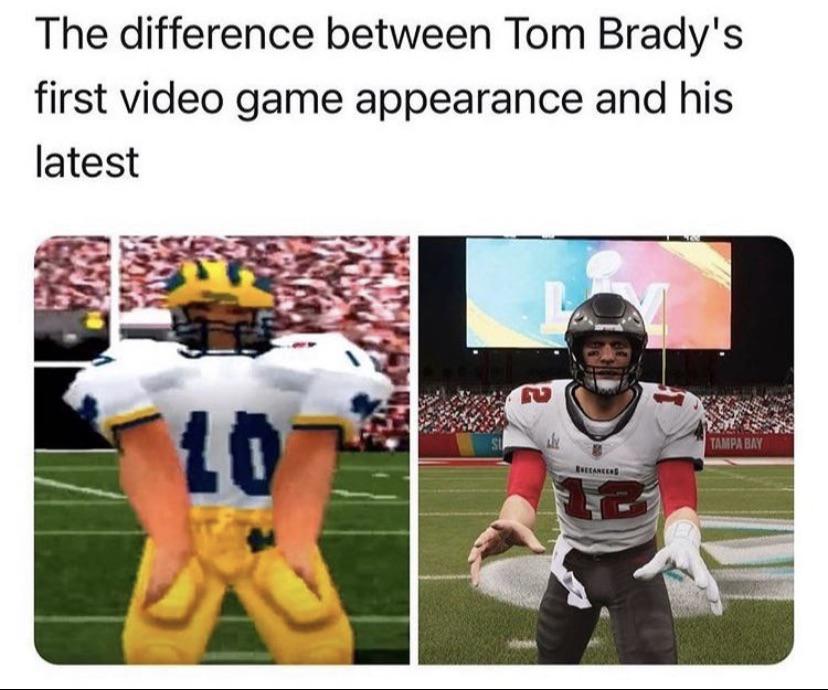 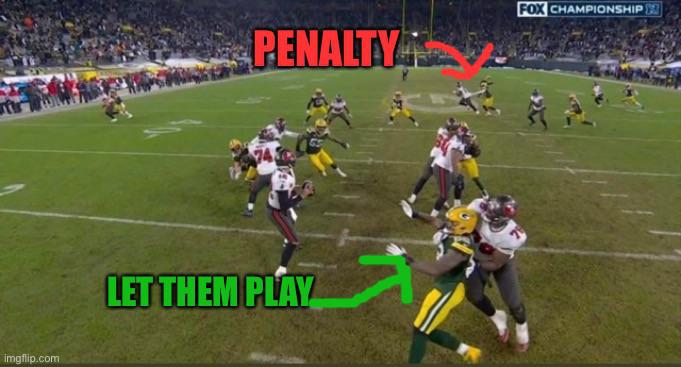 What's Spencer responding to: >Beyond excited for the new era of Brooklyn Nets basketball with Harden, Durant and Irving but know that all of this wouldn’t be possible without the Russell, Dinwiddie, LeVert and Allen era of Nets basketball

Context: After becoming an All-Star with the Brooklyn Nets D'Angelo Russell was sent to the Golden State Warriors as part of a sign-and-trade package for Kevin Durant in 2019. Recently, Caris LeVert was shipped to the Indiana Pacers, while Jarrett Allen landed with the Cleveland Cavaliers to facilitate the deal sending James Harden to Brooklyn. Spencer Dinwiddie suffered a season-ending ACL injury last December but is still on the team. 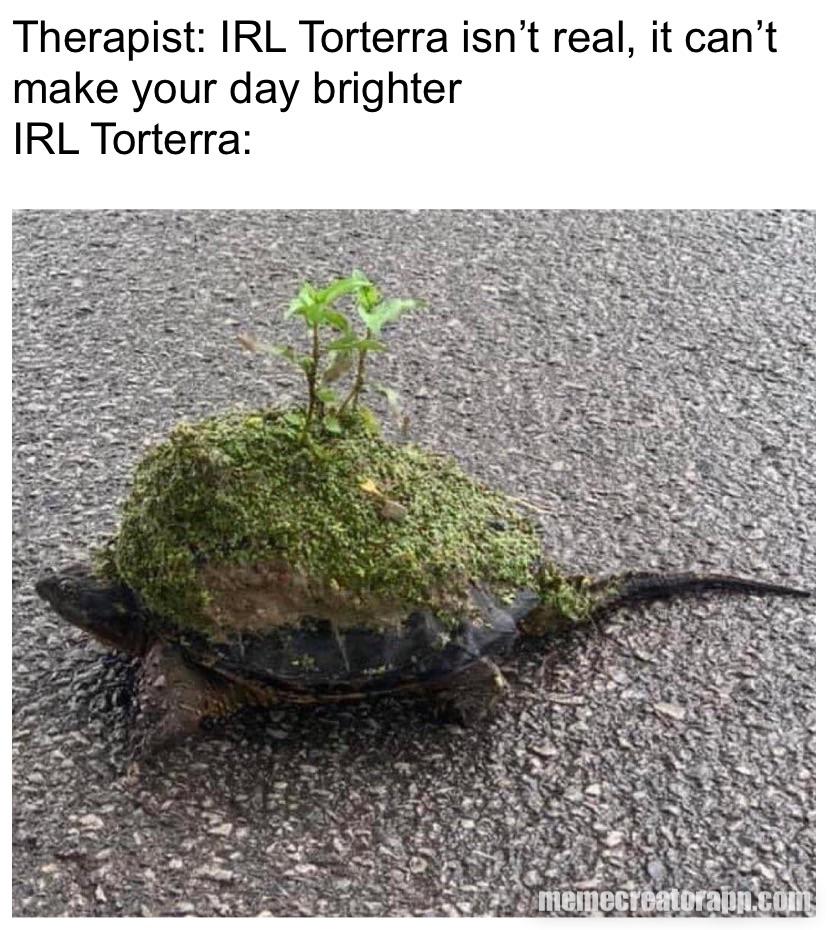 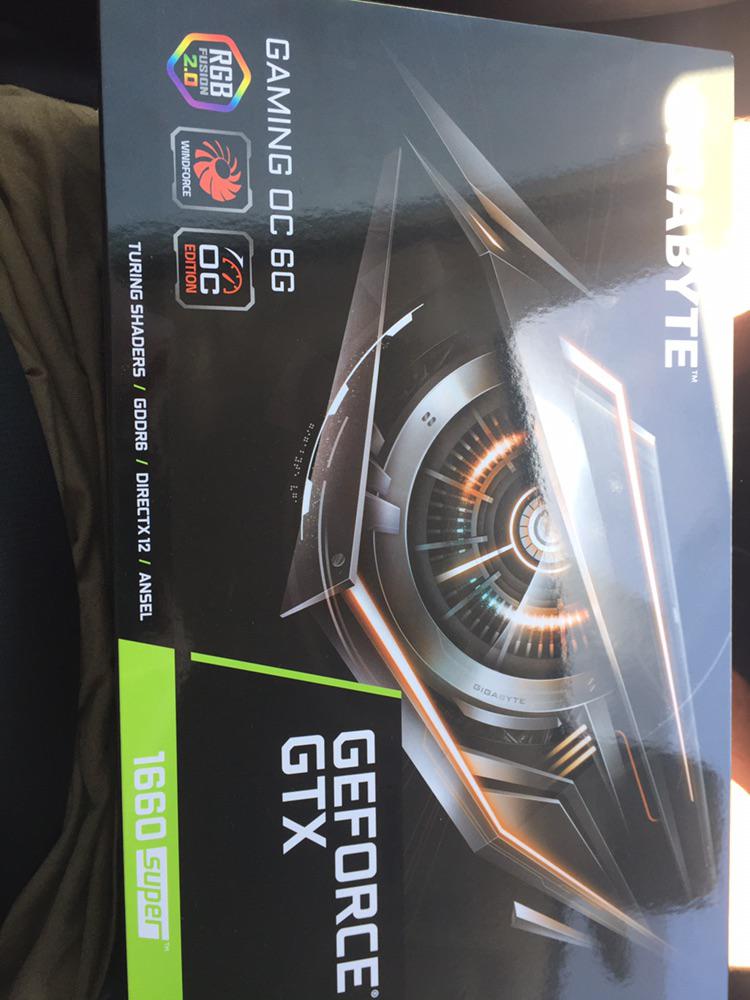 So many games now seem to focus on how amazing it can look, how photo realistic the rocks look, etc. I feel like, honestly, graphics have reached such a high point that we should be putting that on the shelf for now and focusing on the things that are lacking in these modern games. Sure, I can see an accurate reflection of my players surroundings when I look into his eyeball, but when I shoot a wall the bullet mark magically fades after 5 seconds?

We've made games wide, its time to make them deep. Focus on the elements that others don't. Destructible environments, immersion based interactions such as debris interacting with puddles, and more. Focus on creating good AI that isn't as easily taken advantage of, or focus on how smoothly AI interacts with the world (looking at you Hitman 3. I love you but the robotic nature of your AI is at stark contrast with the insane level of detail put into the evirons.)

I think games should care less about visuals and more about actual game play depth. One example is a game I just recently played, Genesis Alpha One. A neat idea, a blend of FPS, rogue like, management sim, and building game. Problem was the lack of depth, the game quickly runs through what it has and makes no effort to innovate. The graphics are pretty good, but the game play suffers for it. No reason it couldn't have been a simpler game, graphically.

Sorry if this is ranty or doesn't make much sense, I'm pretty tired. But I hope the point came across. 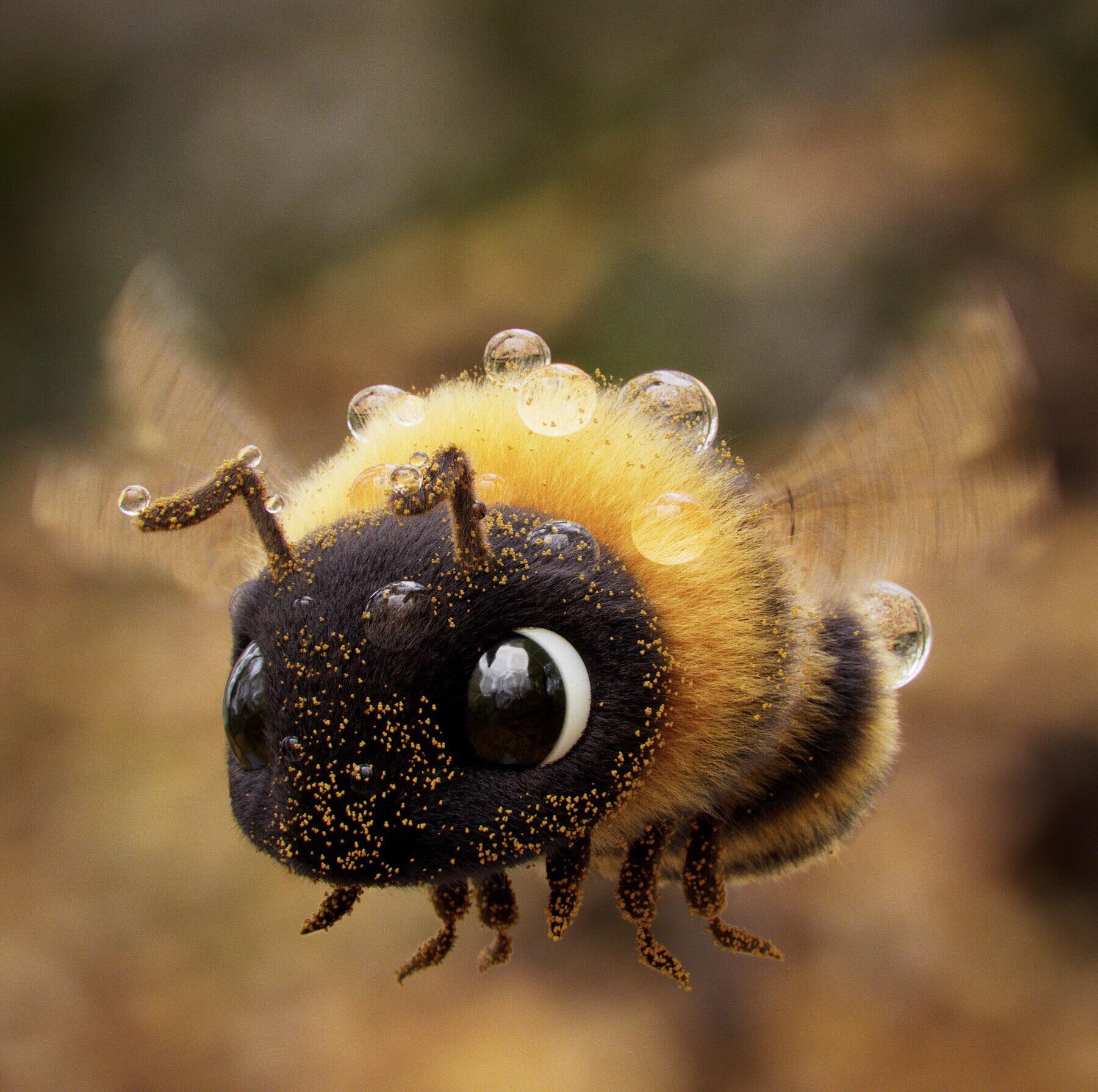 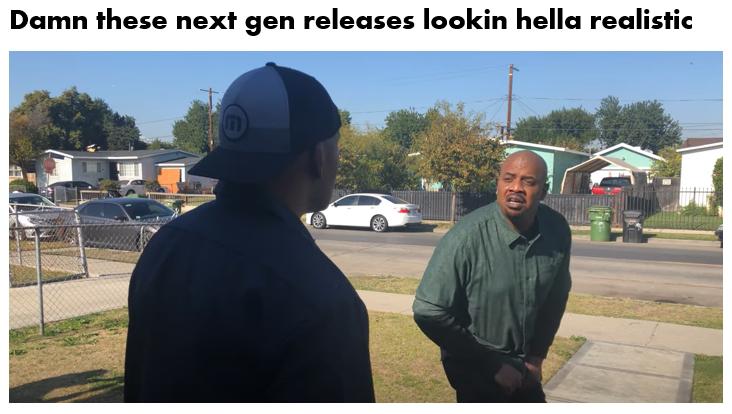 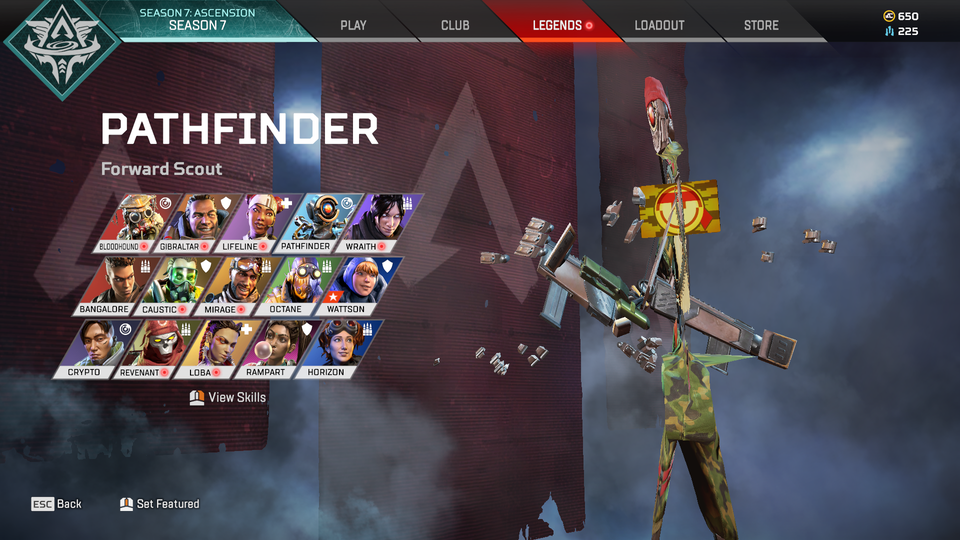 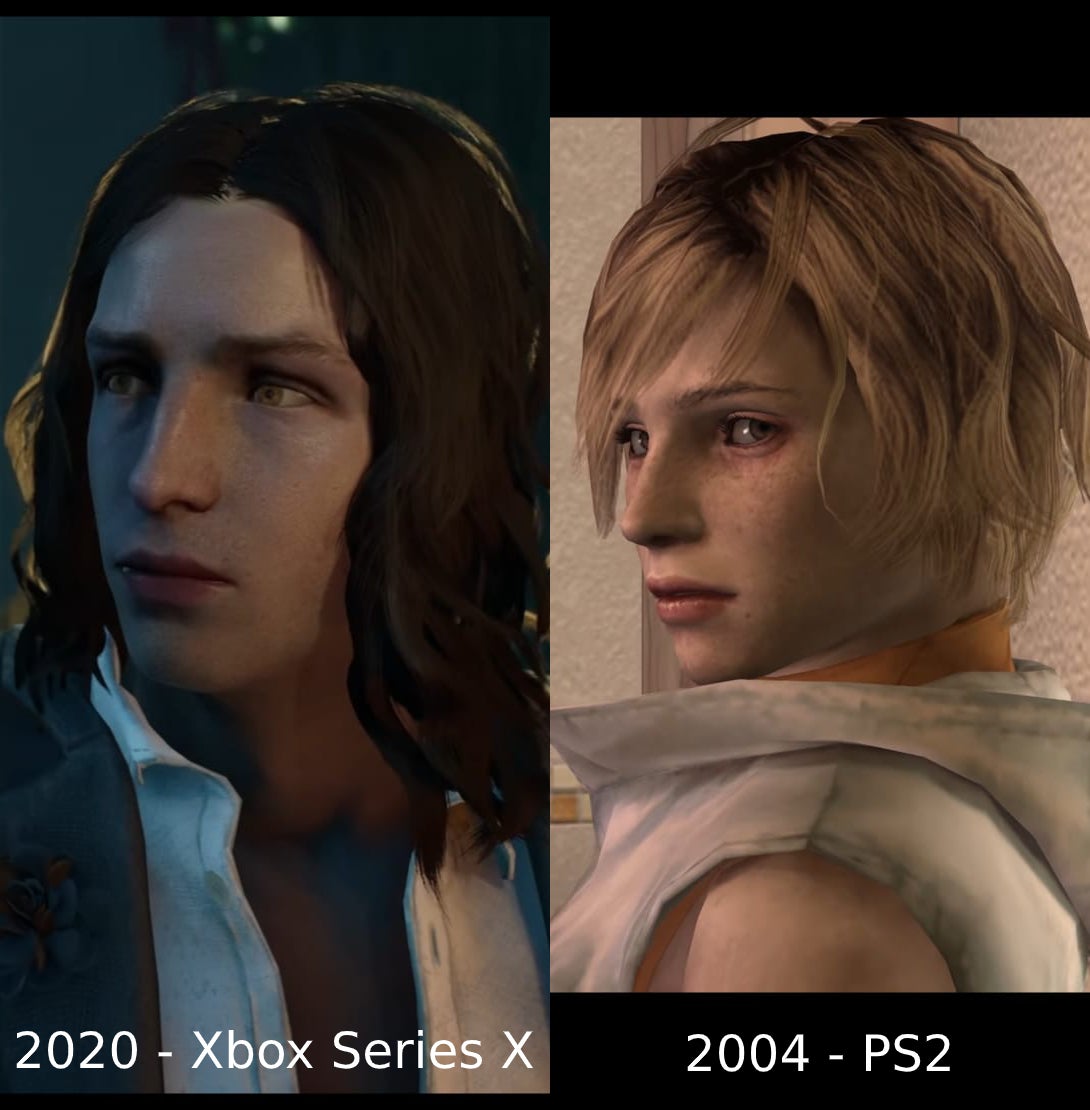 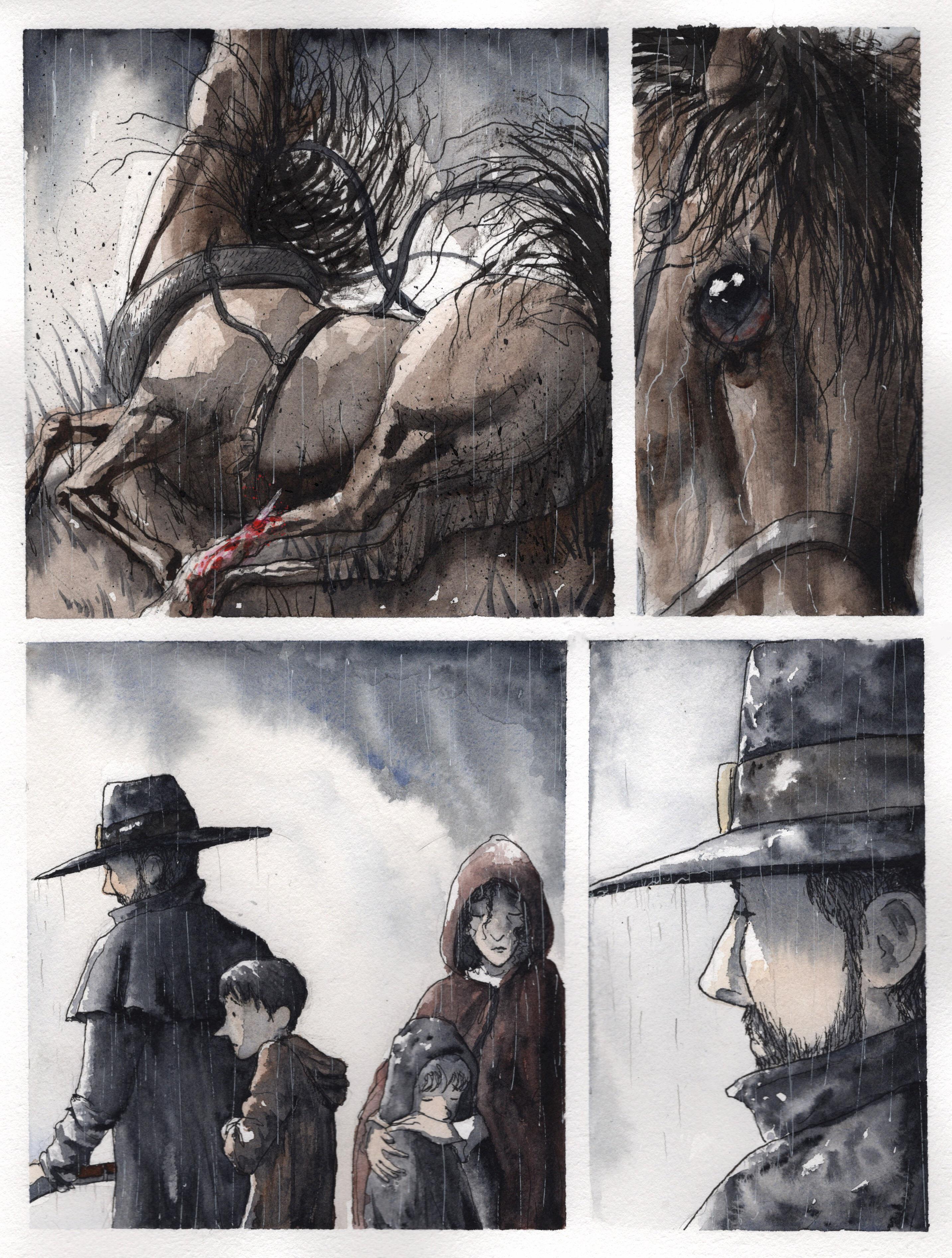 👍︎ 3k
📰︎ r/comicbooks
💬︎
👤︎ u/JmanRobot
🚨︎ report
My friend told me he had the new 2k21 game on PC, so we going over to his house and the graphics on his PC are absolute 🔥 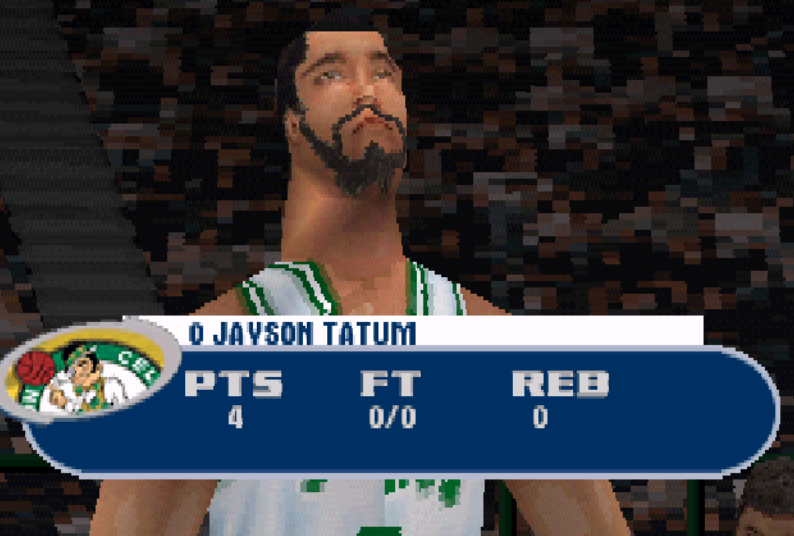 👍︎ 3k
📰︎ r/NBA2k
💬︎
👤︎ u/DeMetrius_Wade
🚨︎ report
Warning: This video contains graphic images of a 900LB Goldwing DCT being operated in an aggressive and sport-like manner, which some may find disturbing youtu.be/CYJbY4uvJiM
👍︎ 1k
📰︎ r/motorcycles
💬︎
👤︎ u/oldshart
🚨︎ report
I think I should take good care of my graphics card in the next few months 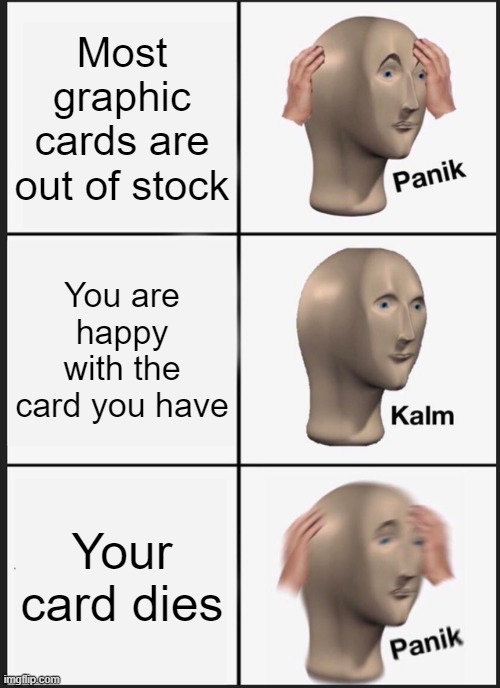 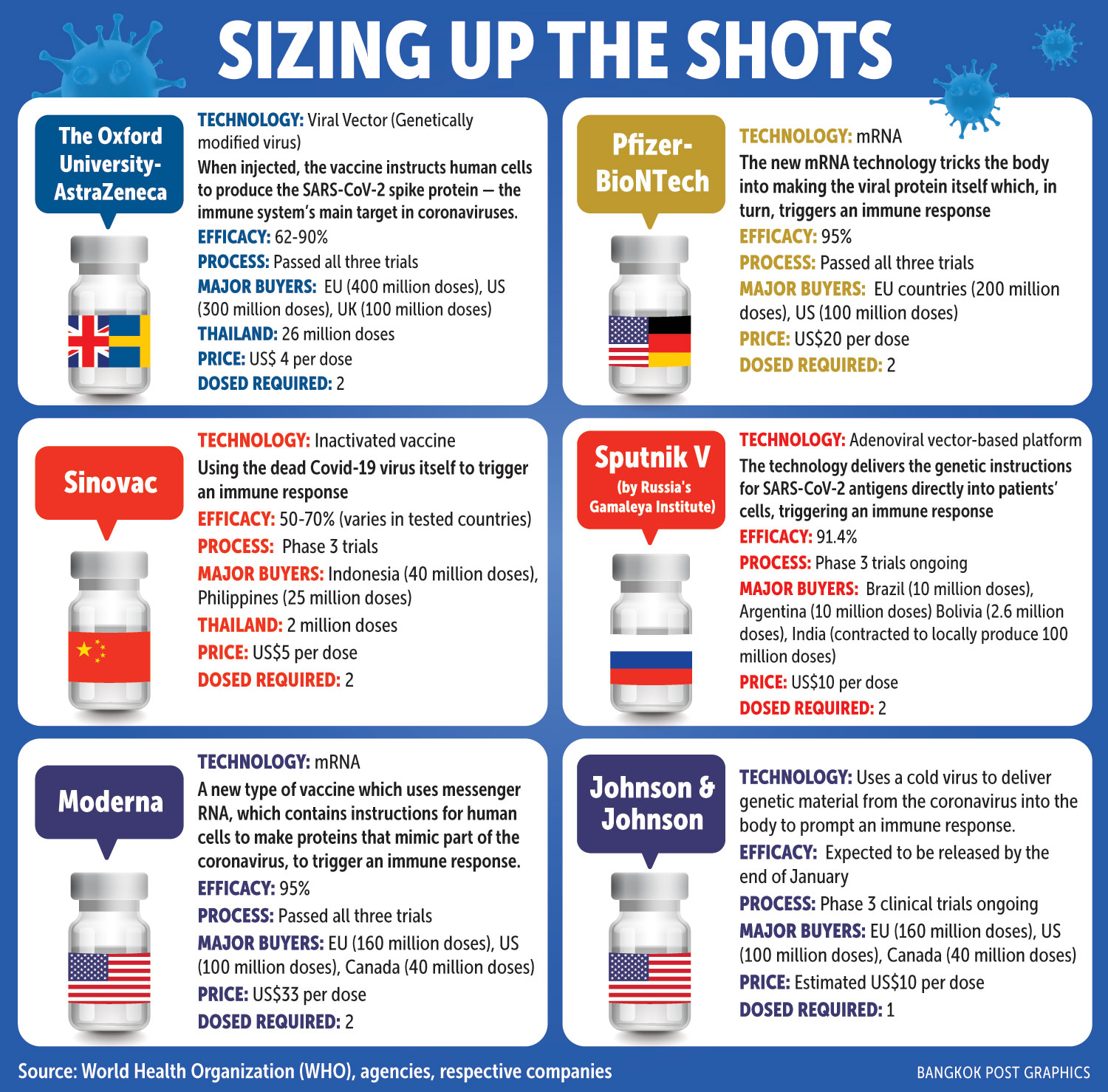 One: GGG does care about lower-end machines. The (edit) new texture streaming tech is their answer to every comment telling you to "just upgrade your potato".

Two: Texture streaming is a downgrade on average. Players with strong rigs endure textures loading in every zone anyway. Players with potatoes (like me) run out of free memory, experience more crashes, and are no more able to run high-performance content (Delirium juiced maps, Blight maps, Legion) than before.

GGG wants to improve performance on lower-end machines. Players want acceptable performance, period. There's no need to reinvent the wheel here - just go back a few years. Remember when you could turn down the graphics lower than low in production_config on your own machine? Without wrecking everyone else's performance? It is no longer possible in 2021, and I've heard it hasn't been a thing since DX9 was discontinued.

Why didn't GGG formalize production_config hacks with better client settings? The official excuse has been that they don't want low-spec streamers on Twitch ruining the image of their game. In practice, there was nothing stopping streamers from streaming on a mediocre rig with Dynamic Resolution enabled and FPS set to 60. There was nothing stopping streamers from playing Delirium or Delirium+Incursion/Blight/Betrayal in the same map on top of that. But they largely chose not to do this.

Now, in Ritual league, the official excuse is more thin than ever. Everyone has been hit with (edit) the new texture streaming tech, and yet engagement with the game has gone up, not down. The Ritual mechanic is popular. The Maven rework is popular. Only one truly gamebreaking issue remains: performance. GGG gave us an incredibly overengineered and opaque solution designed to automatically improve graphics performance without user interaction or consent. That solution eclipses the problem because it takes for granted the same variance in hardware that has facilitated so many bugs every league. This is tragic, because we users of potatoes already know who we are without the need for guessing from on high. K.I.S.S. is called for. 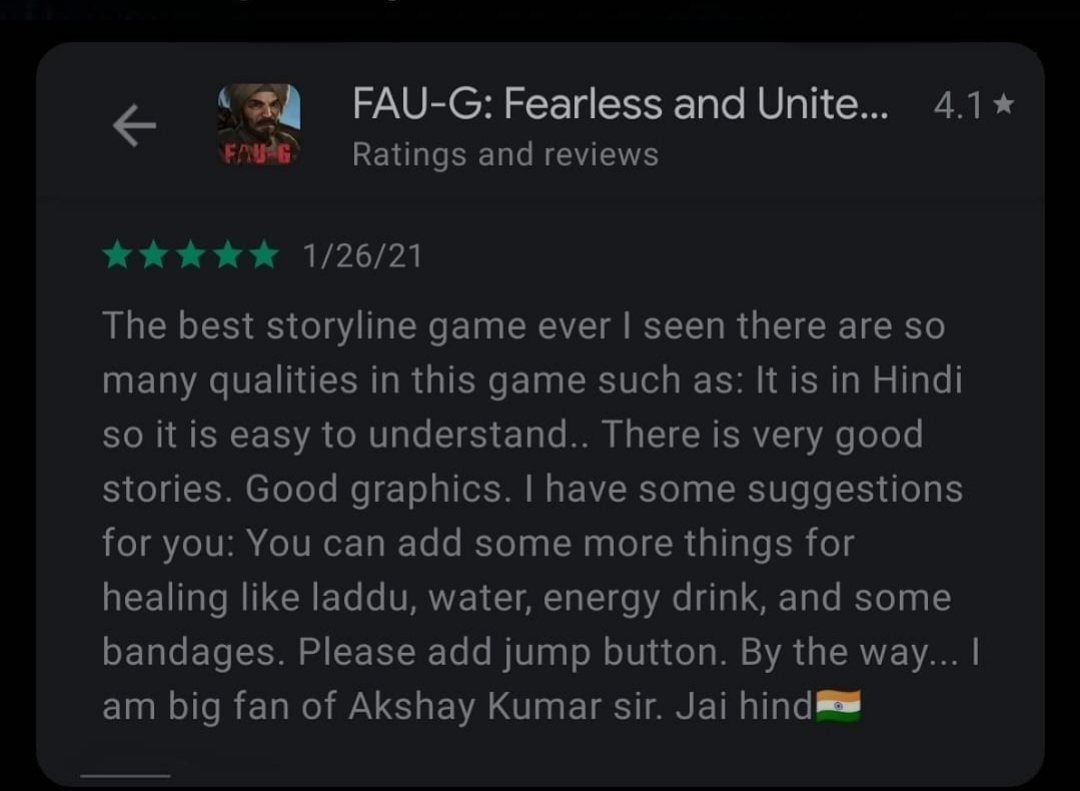 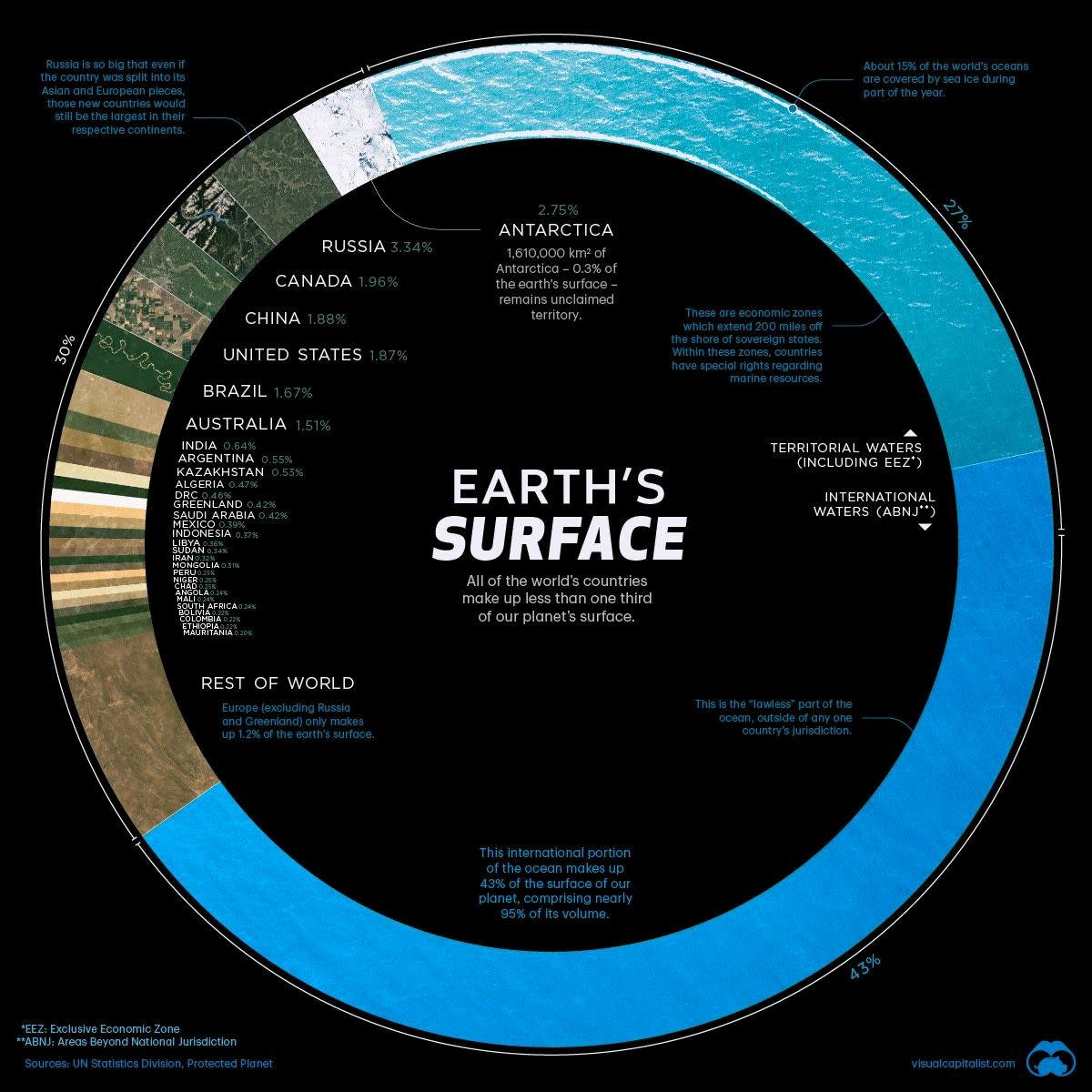 👍︎ 7k
📰︎ r/interestingasfuck
💬︎
👤︎ u/GlutenAttack02
🚨︎ report
Control Ultimate Edition: A lot of people have talked about Graphics mode being "dizzying." Here is an exemplification of the problem

A large part of it is the large delay in ray-traced reflection that surround you, as well as a delay in lights (a clean example of the latter is with the overhead lights at the start of the game, but I don't want to loose my save going back there..).
Here's a visual reference for what I'm talking about. It has nothing to do with input delay, and Digital Foundry even states that the input delay is pretty small. What you're experiencing is a delay in the elements you're seeing; not all, just some, but enough that it becomes disorientating, especially with something as subtle as ray-tracing, which in Control, pretty much surrounds you in every room. The black, reflective tiles in some of the rooms are the worst offenders, as you don't really notice the reflections on them unless you consciously look for them, but subconsciously you notice, the delay and blurring as you move the camera makes something as solid as the ground suddenly become unreliable.
Just thought I'd put this out there, because the notion that it's the input latency seems to be growing. Wanted to at least qualm that rumor a bit (though rumors on the internet can't really be stopped once they start going, I guess) 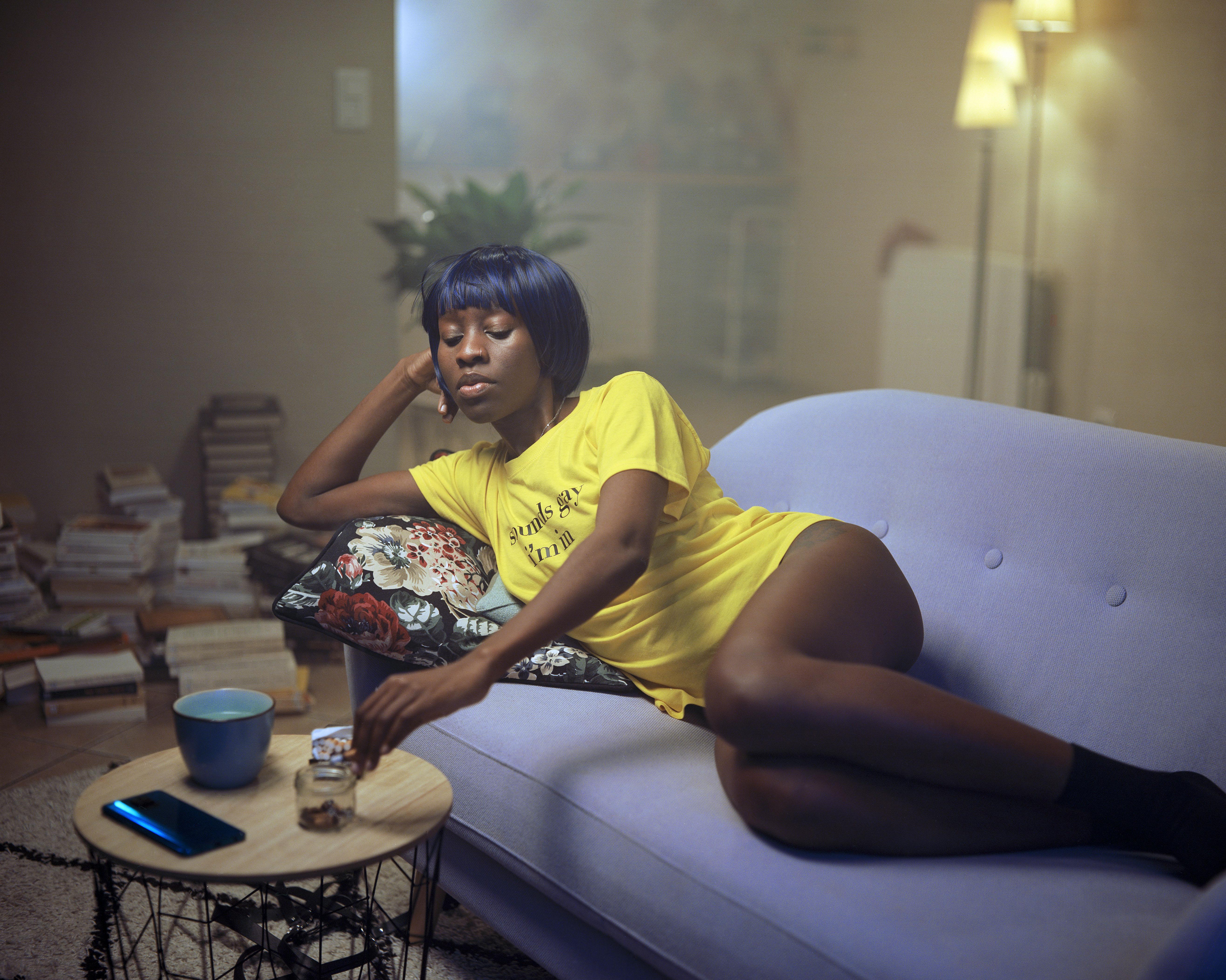 👍︎ 3k
📰︎ r/analog
💬︎
👤︎ u/iam_mcdoom
🚨︎ report
TIL of the Utah teapot, a computer rendered 3D model created in 1975 at Uni. of Utah, based on a Melitta teapot, and since used as a standard reference object in computer graphics community. The teapot maker only learnt of the product's fame in 2017, whereupon they officially renamed it Utah Teapot en.wikipedia.org/wiki/Uta…
👍︎ 7k
📰︎ r/todayilearned
💬︎
👤︎ u/Sansabina
🚨︎ report
RIP in peace girl. My graphics card yeeted itself into the big Battlestation in the sky last night. Worst possible timing. 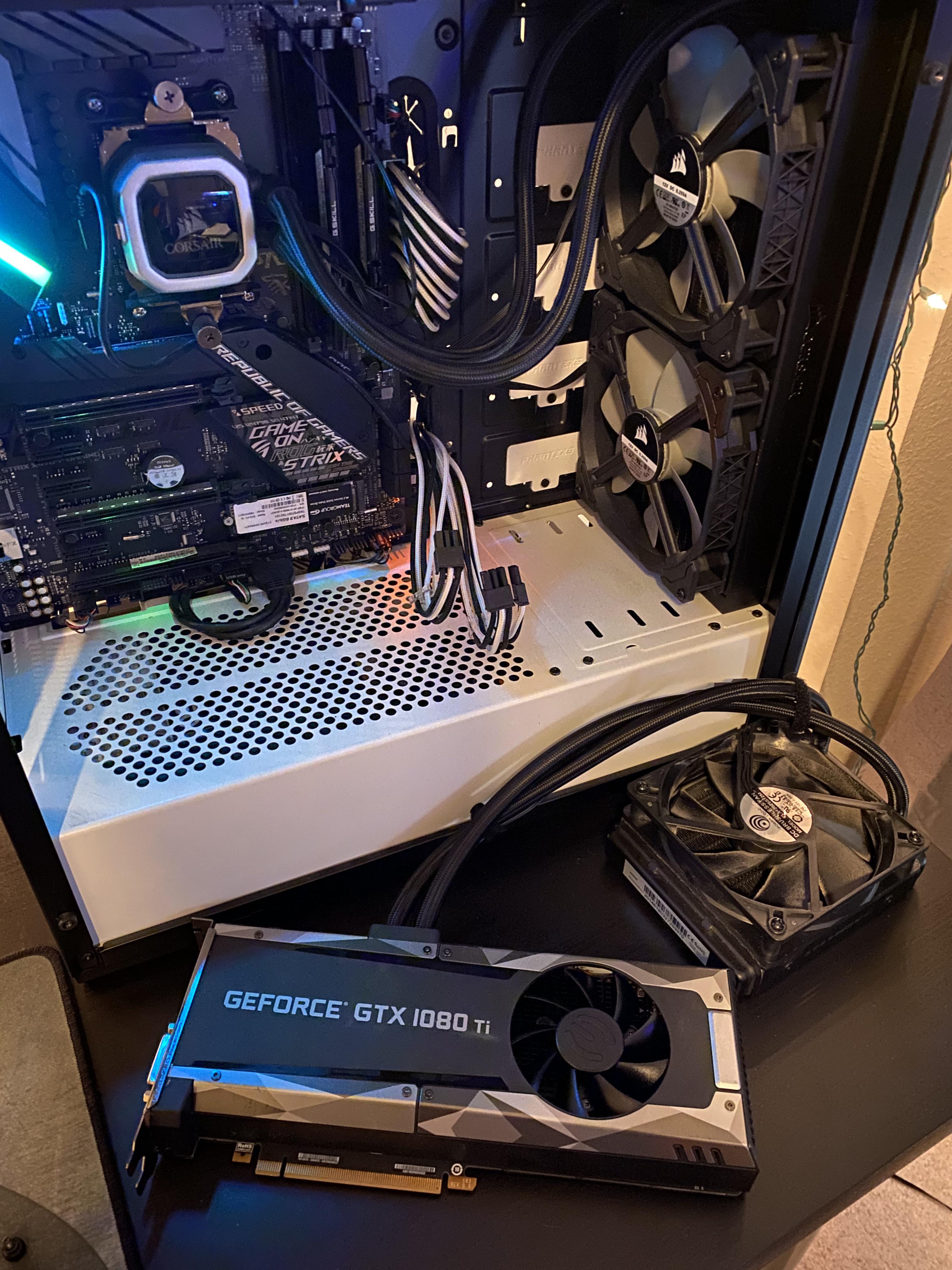