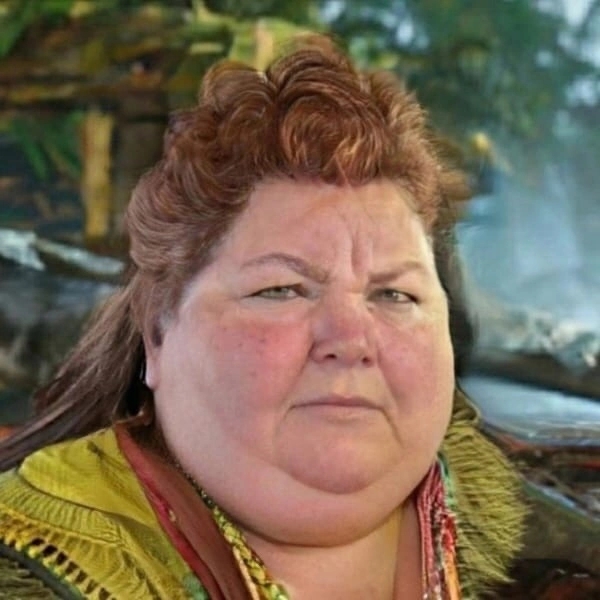 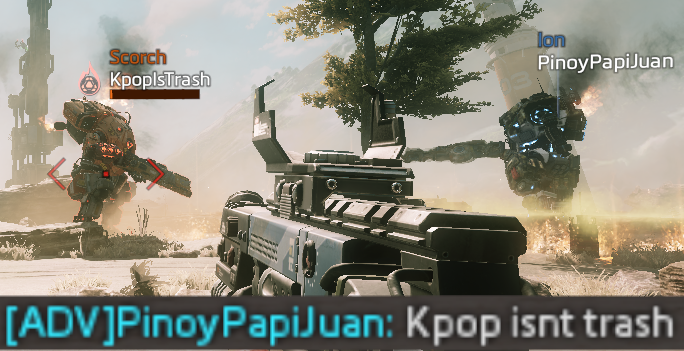 👍︎ 11k
📰︎ r/titanfall
💬︎
👤︎ u/Clem-Umbra
🚨︎ report
Frontier. Common, you had 3 years to make 9 engineers for Odyssey and 3 of them are clones? Srlsy? 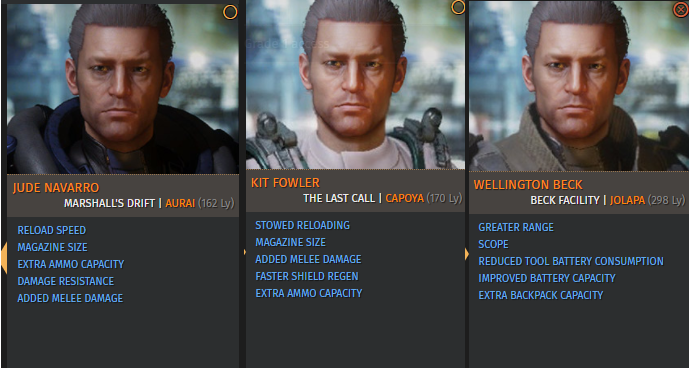 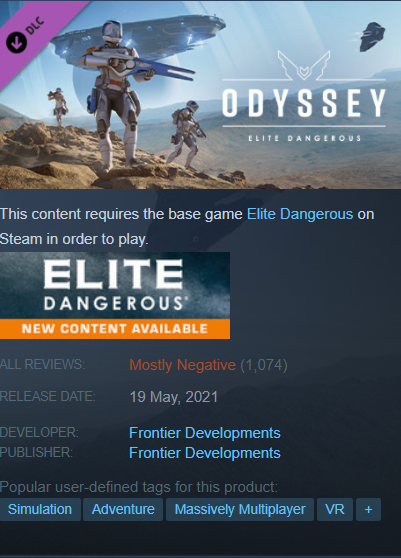 Saw this today and thought it would be interesting to my friends at ABTF. Mods, this is outside our usual topic (fit) so please delete if not appropriate.

👍︎ 701
📰︎ r/ABraThatFits
💬︎
👤︎ u/AudreyB4
🚨︎ report
Can we please have a system like we had in Titanfall 2: Frontier Defense where if a teammate leaves another one can join (if they want to) so the match remains fair and balanced? 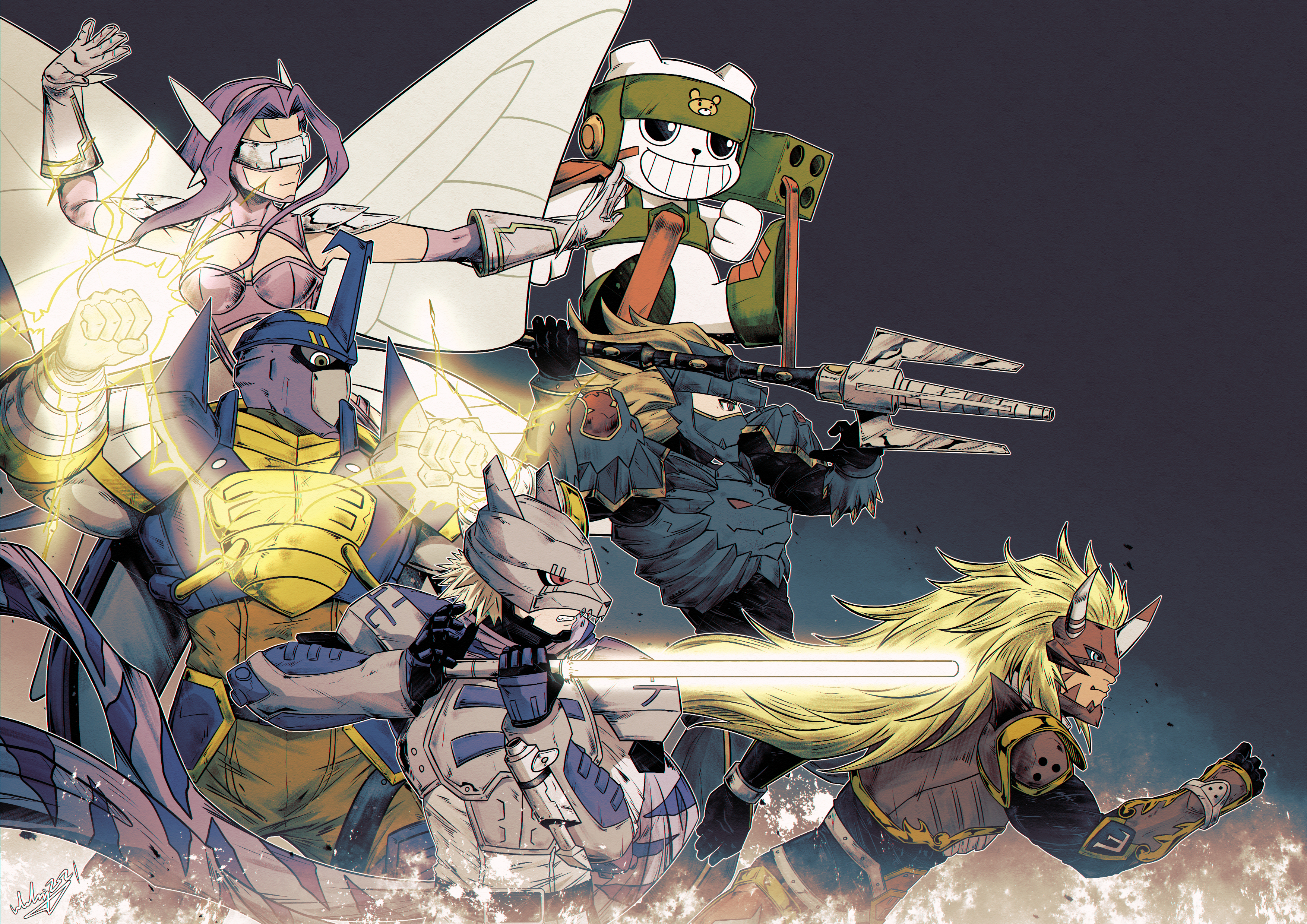 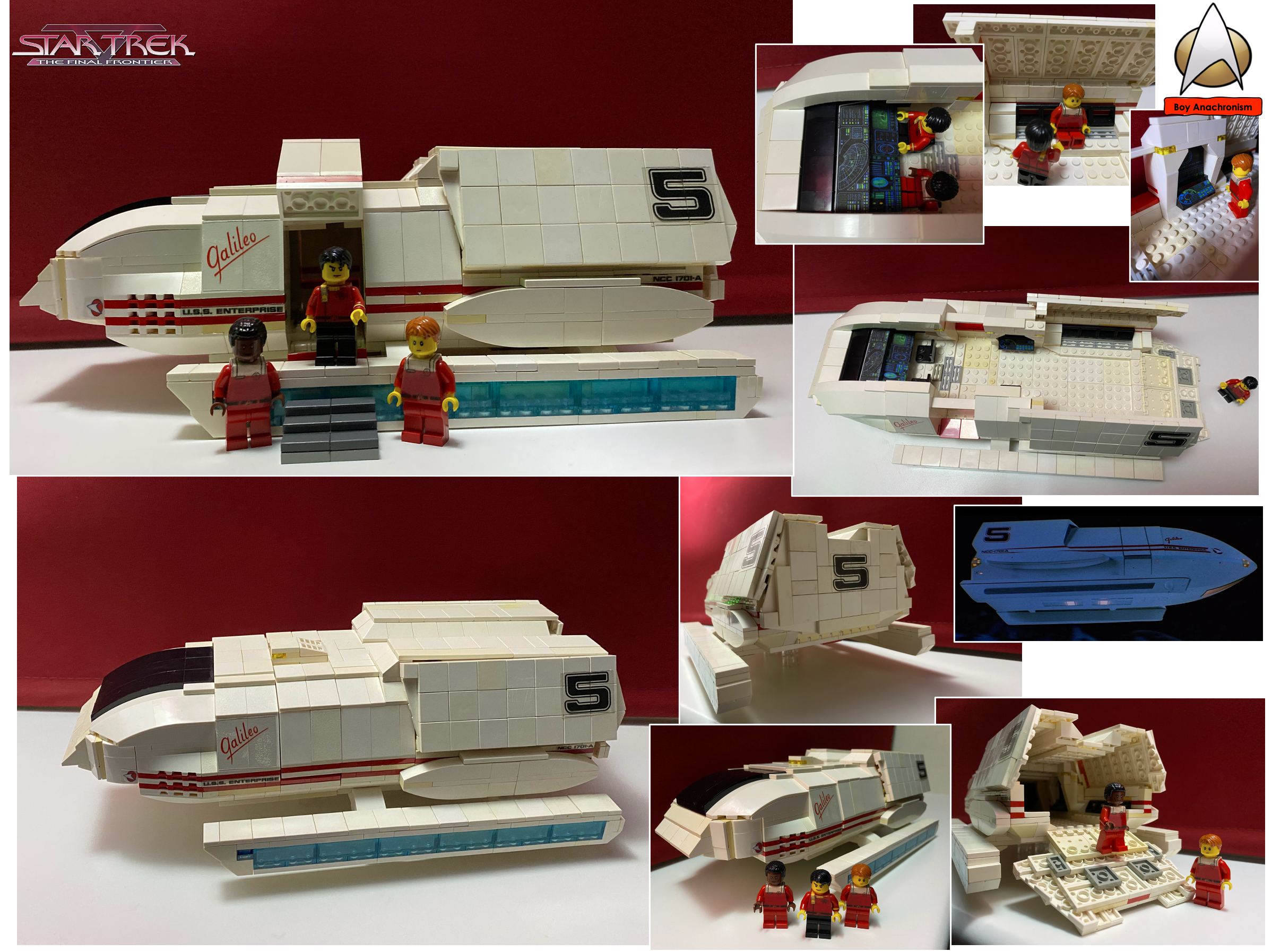 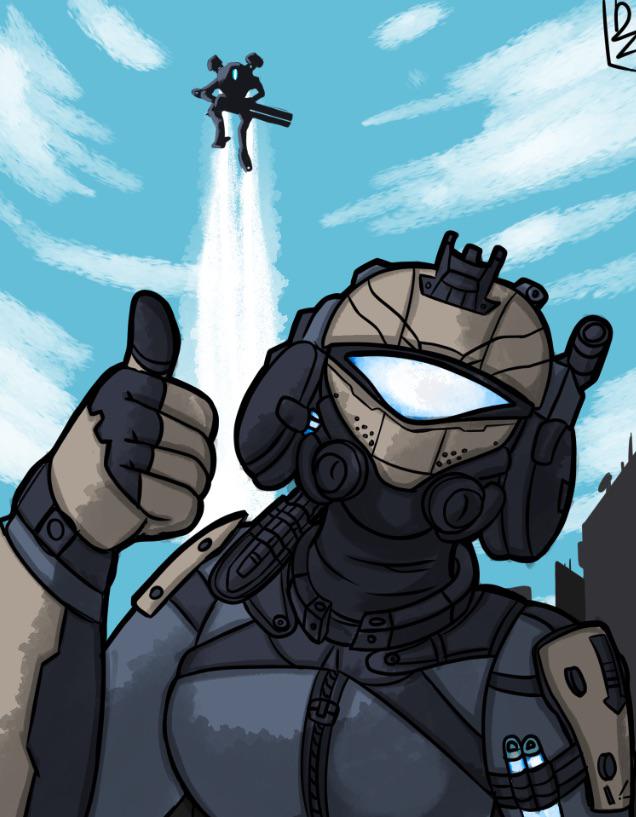 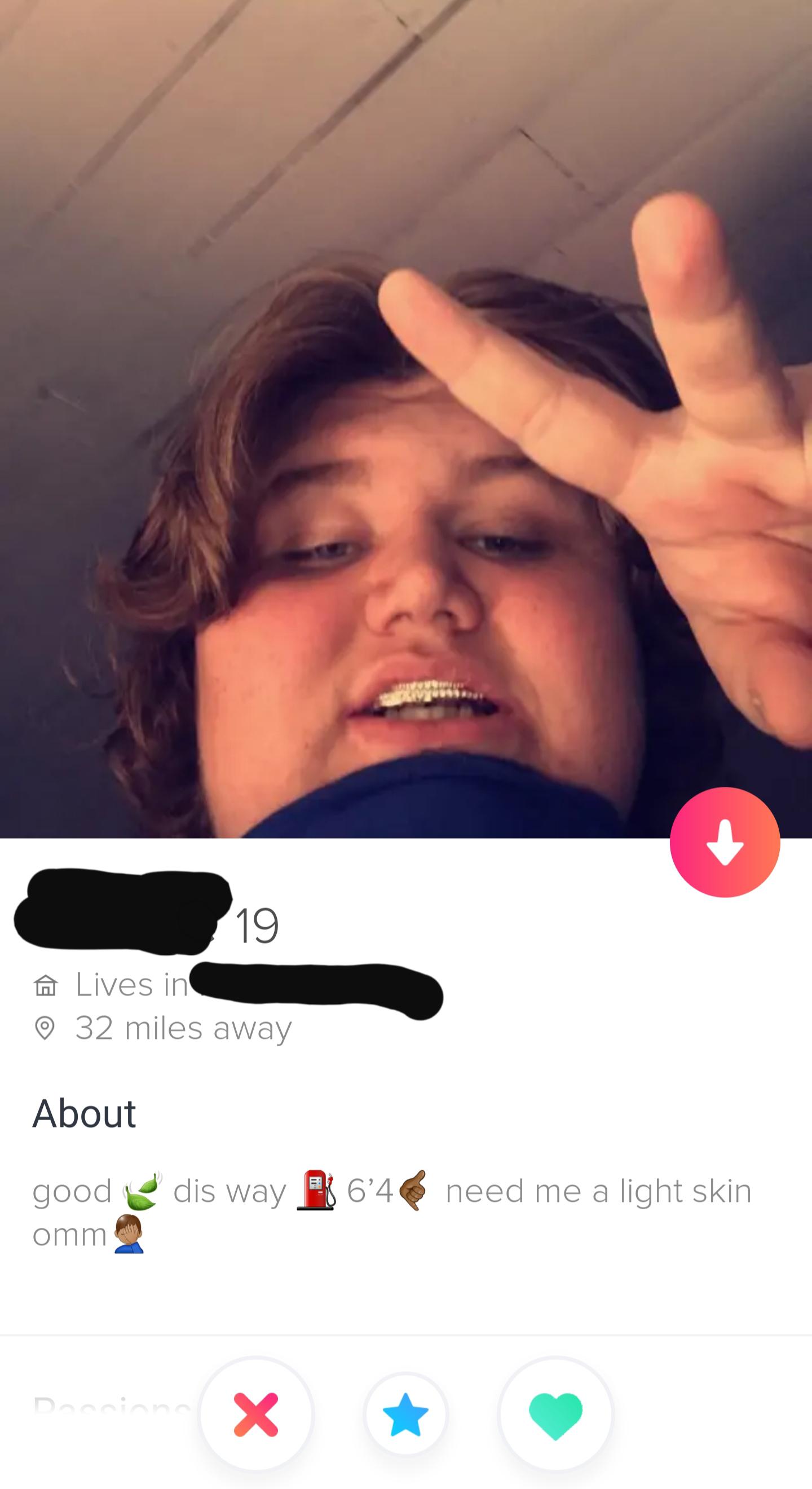 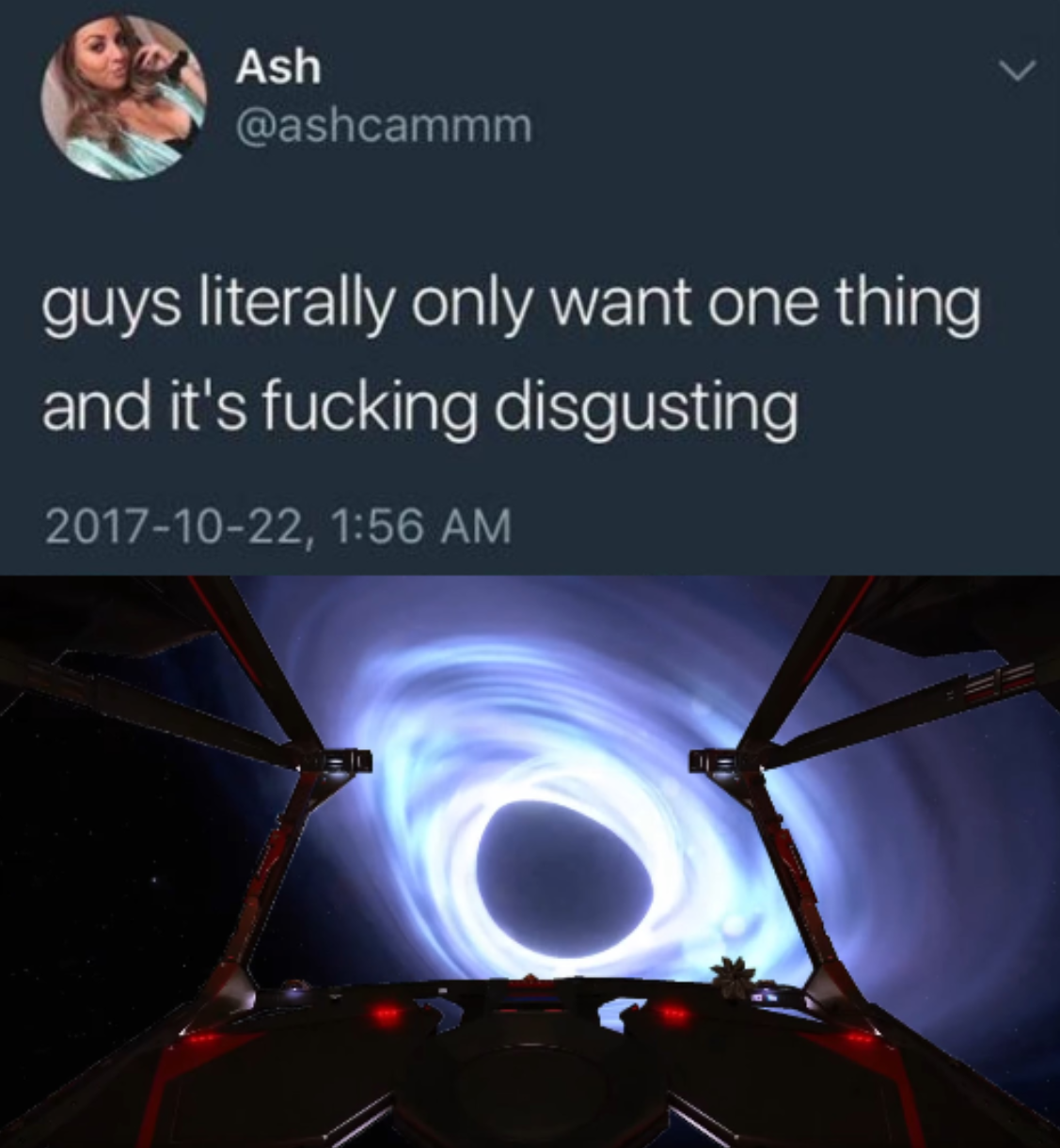 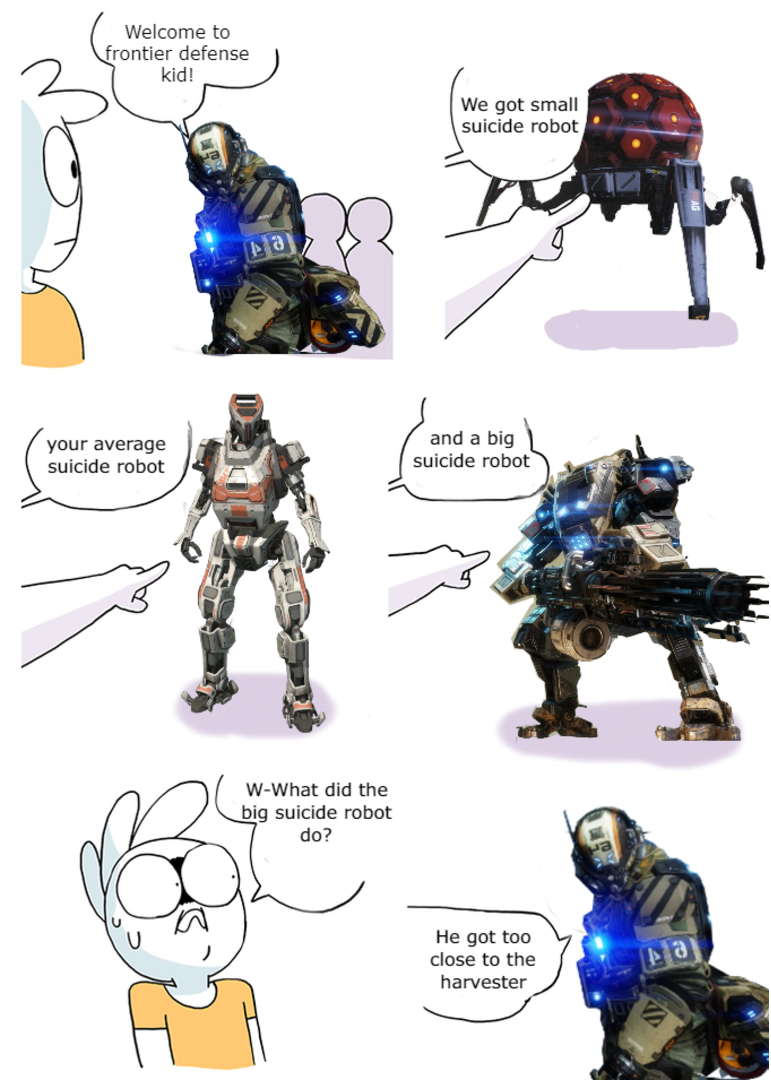 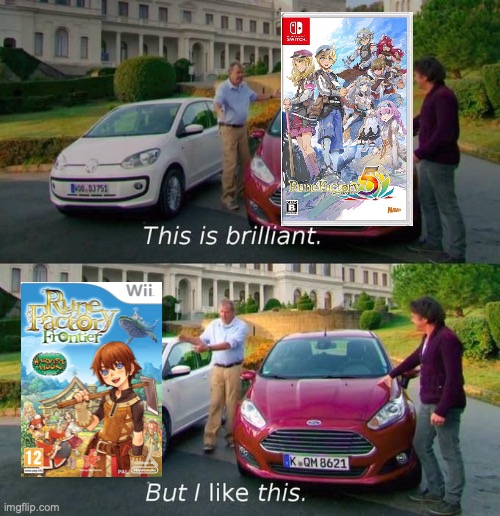 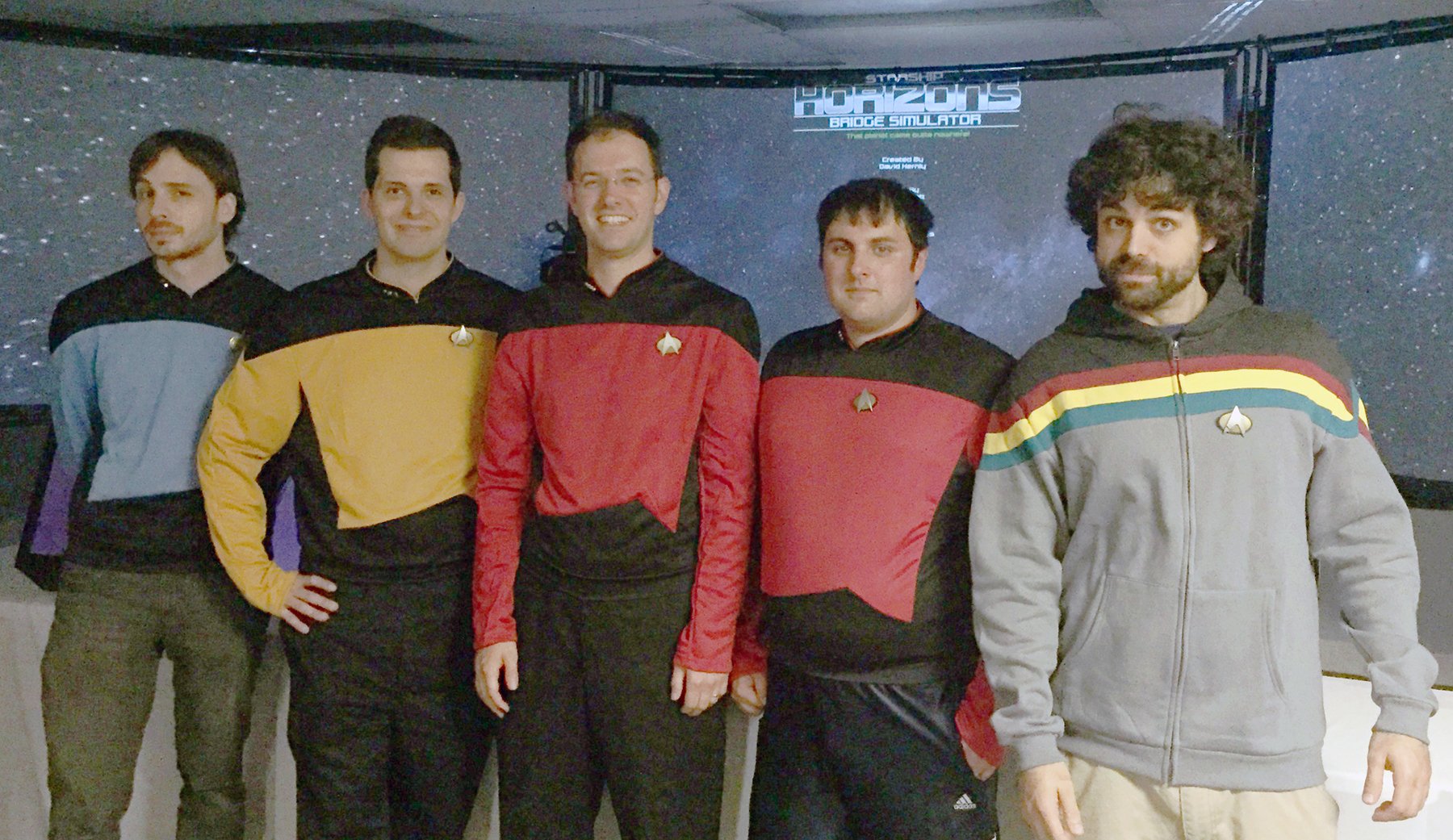 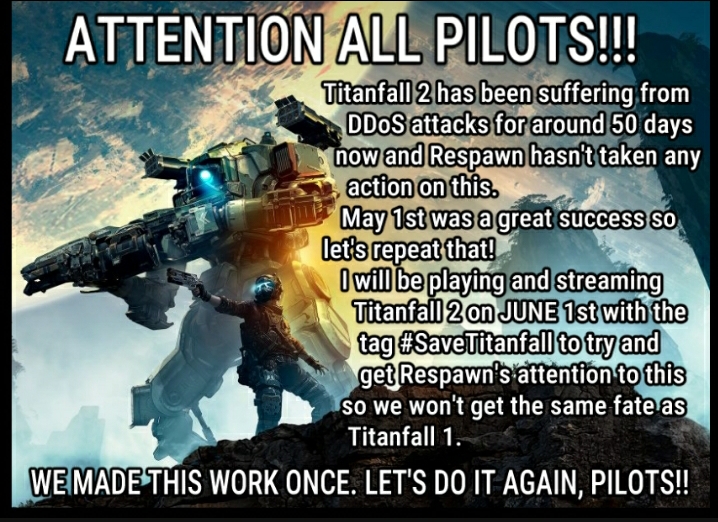 I don't think it's a very good movie, but it is the best of the TOS movies, as a "trek movie".

It heavily features "the big three" (Kirk, Spock, McCoy) as central characters whilst almost ignoring everyone else.

It has Kirk as the big Hero.

There's a fist fight, a hand phaser fight, there's some "alien animals" (horses with a horn on their heads but not unicorns). There's a weird "sexy" alien lady.

The Klingons are along for the ride. Who and why? Doesn't matter. He wants to fight The Enterprise!

In all this, Spock has another family member he forgot to mention, and a Giant Alien Head (of dubious special effectness) is sending telepathic signals across the universe and Spock's Brother hears him.

He steals the Enterprise and everyone's brainwashed into doing weird stuff Except Kirk And Friends.

Kirk ends up arguing with an energy being pretending to be a god, before they shoot him in the face and beam up. They have a laugh with the Klingons about how things would be good if we were friends, and they warp away.

I mean, hell, it even features a sentient computer sent from ancient earth that has picked up emotions - only luckily this time Klaa kills it before anyone notices (it screams when it gets hit - it's an in-joke to V'Ger)

That's Star Trek: The Original Series in a nutshell. That's every episode of Star Trek ever, in a movie.

Star Trek V: The Final Frontier represents "Star Trek" better than any other film in the franchise.

Star Trek Insurrection for TNG is similar - that is "the best" TNG film; that is what happens when you put a TNG episode on a big screen. Just as Star Trek 5 is what you get when you put a TOS episode on the big screen, with Insurrection you've got a magical tech thing that gives super-powers, a renegade Admiral working with The Enemy, a Peaceful People that are having rights violated, a moral dilemma, a crappy space fight, bad special effects, something to do with cloaking devices and holographic "primitive race" techniques... and in the end we all learn a lesson. That is TNG on the big screen. Insurrection is the closest to TNG than any oth

👍︎ 61
📰︎ r/startrek
💬︎
👤︎ u/isawashipcomesailing
🚨︎ report
[Battista] The NFL is releasing its helmet testing results today. The most interesting morsel: a position-specific helmet designed for linemen is among the top overall. Position-specific helmets are the next frontier in helmet technology and they have finally arrived. twitter.com/judybattista/…
👍︎ 3k
📰︎ r/nfl
💬︎
👤︎ u/Weezy-NJPW_Fan
🚨︎ report
Happening Now! US Senate Voting on Endless Frontier Act that impacts NASA HLS Contract youtu.be/r7SiAvyOnB8
👍︎ 79
📰︎ r/BlueOrigin
💬︎
👤︎ u/TheLaunchPadNews
🚨︎ report
And this should be the last one. I might make subspecies, Frontier monsters, Online monsters and others in the future but it will take a while for that to happen. I'm also planning to make little comics so be on the lookout for that. 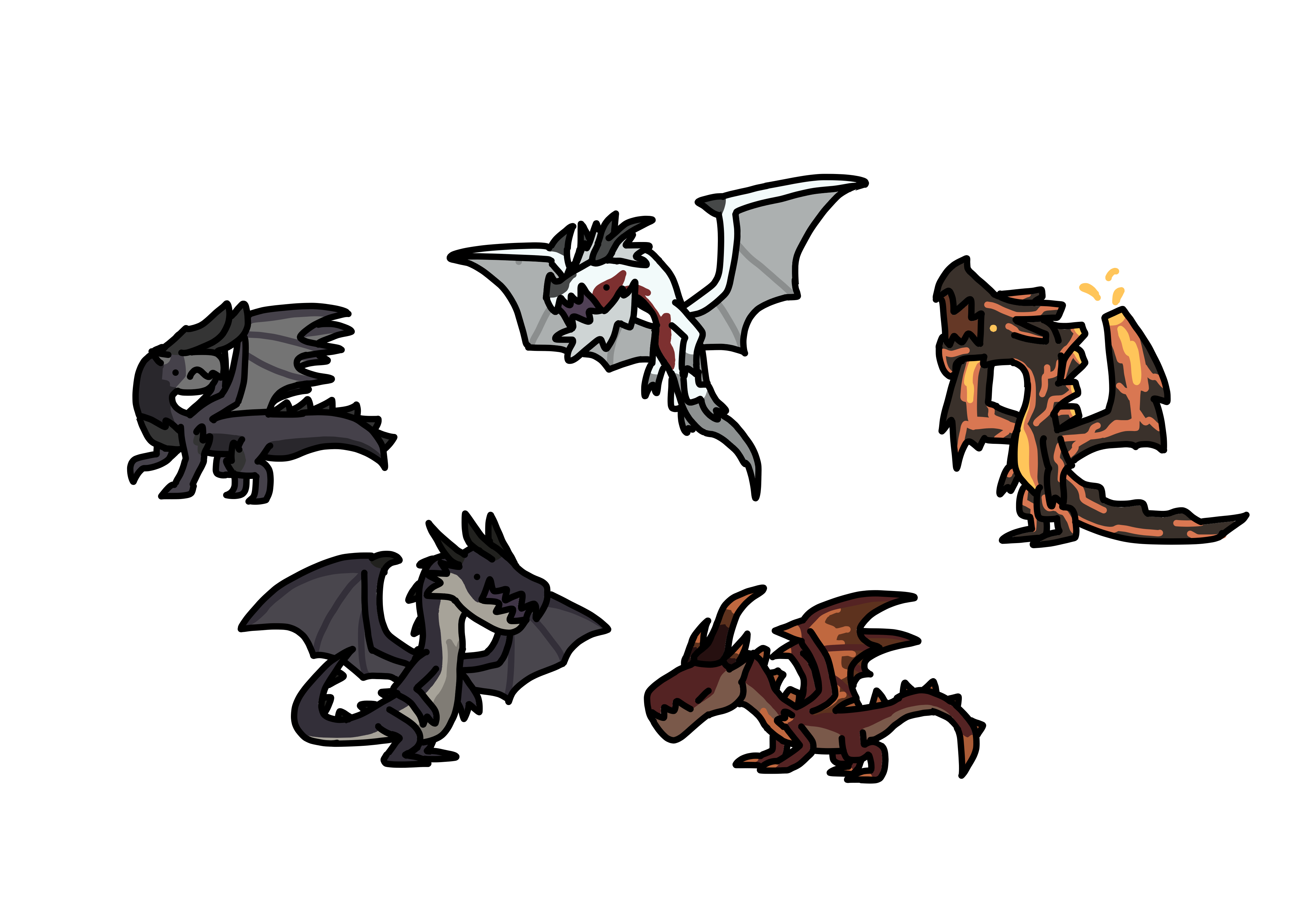 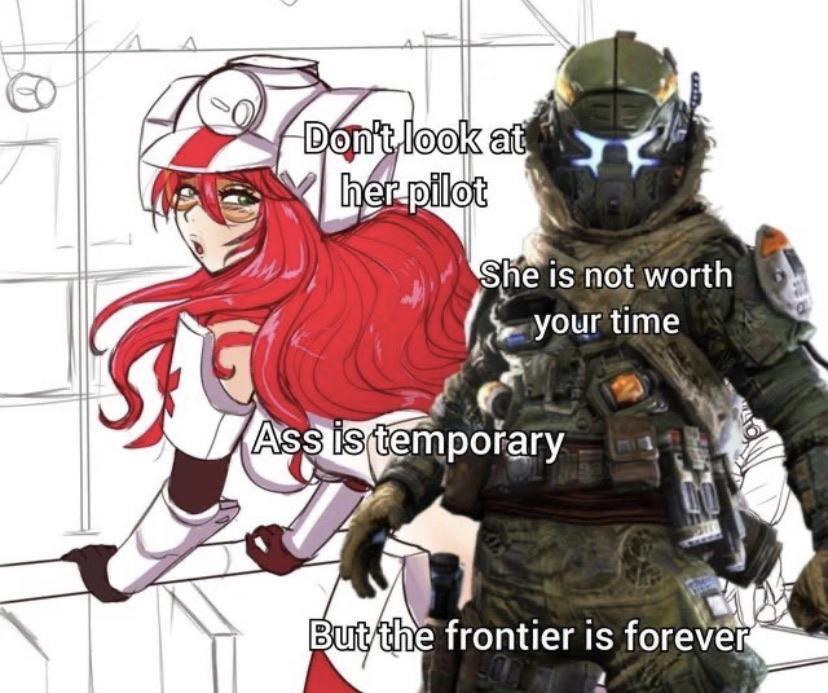 But since Odyssey, my other half and I can't, no matter what, stay in the same instance.

Please. Just give us an option to change instance, to join the friends we're playing with. 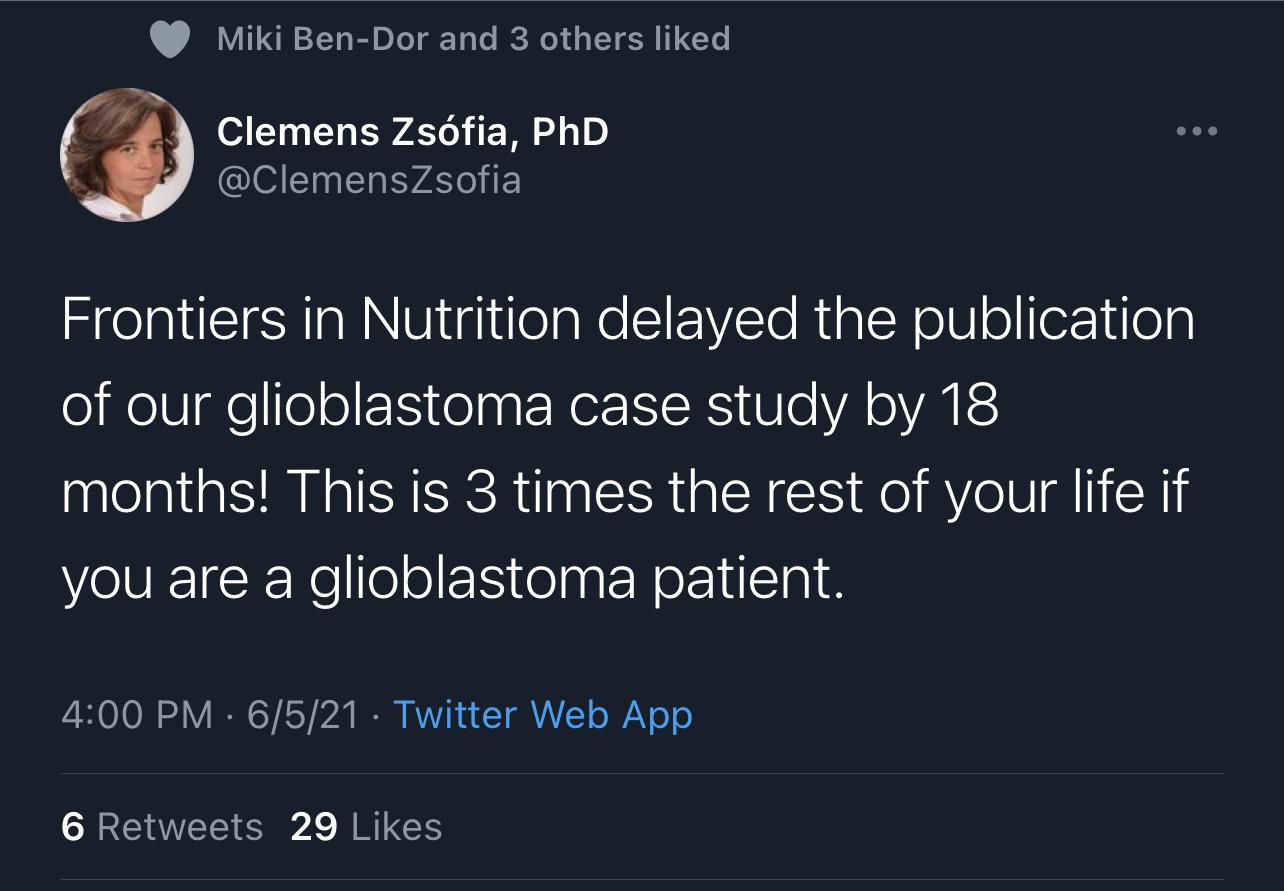 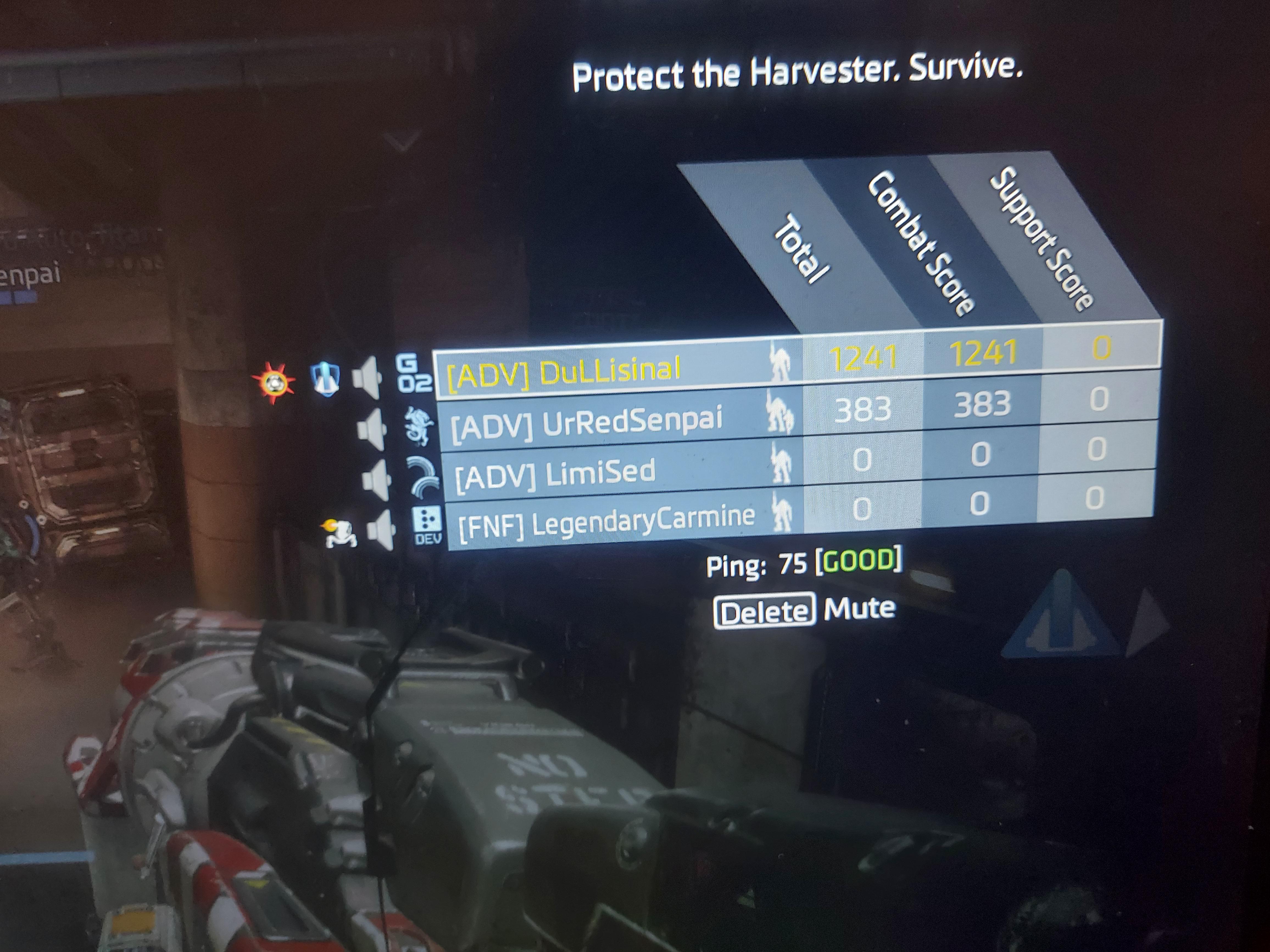 👍︎ 656
📰︎ r/titanfall
💬︎
👤︎ u/IKookaDaMeatBall
🚨︎ report
Do you think the Binturongs hanging animation could be a hint or a way from Frontier to test more complex climbing animations in the future? This could open the doors to a lot of arboreal animals like Gibbons or even Sloths 👀 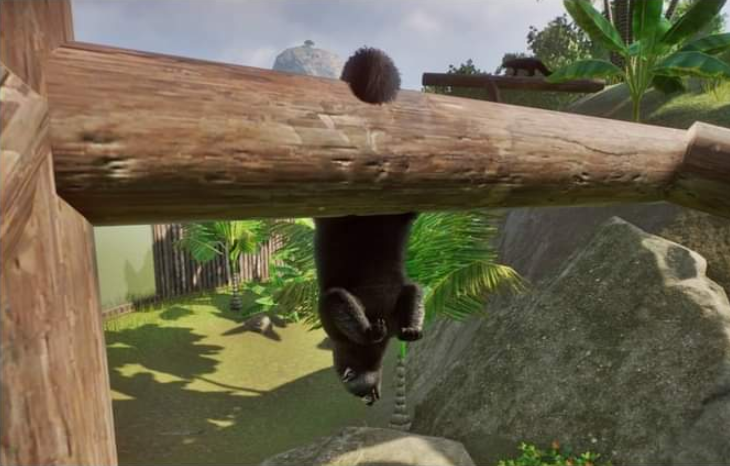 There was nothing wrong with the old one, now I can't see what ship is loaded with what modules unless I make that the active ship. that useless little scrollbar at the bottom of ship pictures THAT DON'T LOOK LIKE MY SHIP is infuriating to use, find the stored items thoroughly confusing. At this point I think I'm going to load up Horizons when I need to do ship management, just because the UI is so bad.

Edit: and holy shit it's intuitive fitting weapons and internals, I can hardly tell if I'm buying, selling or swapping a module

Sometimes a few months can feel like years, and my bet is that many reading this will recognize this feeling in regards to the BSC scene lately. (This is especially true for HOGL, the project that with lightning speed probably has set a record for amount of CEX's per week to get listed on. What a pace!)

But for all the lucrative fun and games in the scene, we’ve all seen numerous problems plaguing the space, from expensive and improductive business models on launchpads, sniper bots, and BSC dexes (Pancakeswap) pushing through a counterproductive v2 liquidity update.

All of these are issues that have hampered the long-term growth for good projects, and even though projects more oriented towards ”launch and leave” will always exist, a good number of good ideas that could have thrived have had one unnecessary spanner in the works thrown into their machinery.

For weeks, $HOGL has signalled professionalization and serious development work, with HOGL dev – Sean – announcing doxxing and setting up a formal business operation to guarantee the success of the project, with numerous partnerships with big social media channels and the development of a NFT marketplace, and instrumental to the establishment of the ”BSC Alliance”, connecting fair and trusted devs from several projects. However, in a Medium article from earlier this week, Sean is now clearly signalling that HOGL aims even higher:

>”Today, we are incredibly excited to announce the development of HOGL’s very own presale launch platform. Right now there is not enough competition for this market. HOGL will be similar to DXsale with lower base fee’s than DXsale/Unicrypt and the fee’s will also be locked in vestments to ensure projects can thrive without early sell pressure from the launchpad thats supposed to be helping.
>
>We will also be implementing rewards for people who hold HOGL, more details will be provided soon. Currently it is likely we will allow a partial payment in HOGL that will be burned.
>
>HOGL has already onboarded multiple developers to work on this project over the coming month. It will be a clean, modern, safe, direct competitor to DXsale. Our aim is to do everything they have done, but bigger, safer and better.
>
>We want to make sure that DeFi is here to stay, with such limited options for launchpads, those that are prominent are easily able to take advantage of both developers and consumers, HOGL’s launchpad is aiming to be e 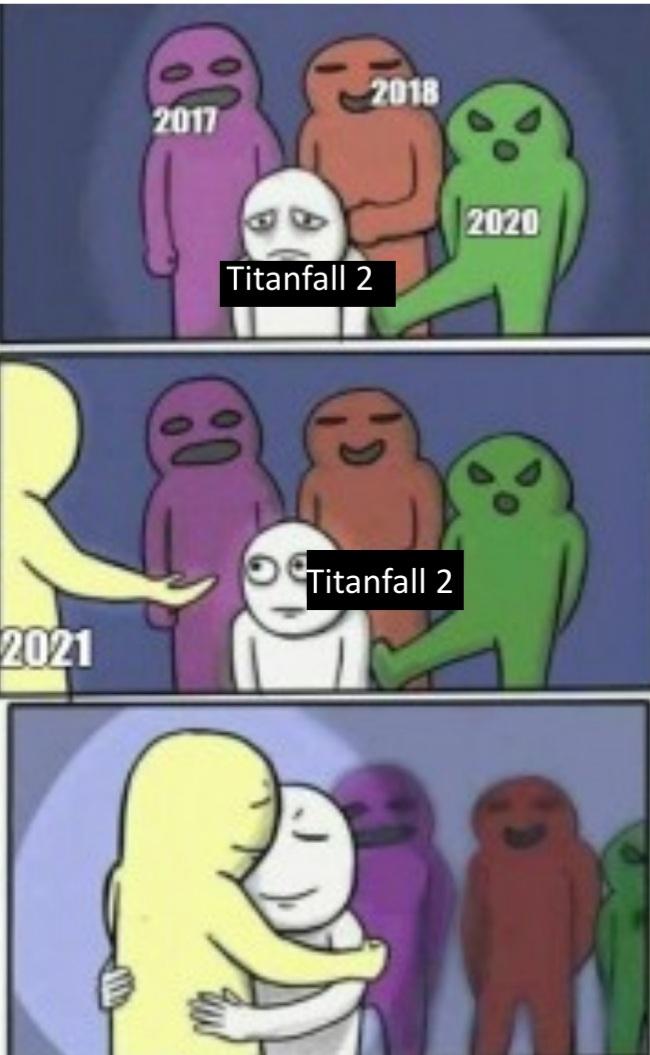 We have arrived at N3, the newest version and most powerful version of the Neo blockchain development platform. With it comes powerful native features such as decentralized storage, oracles, cross-chain functionality, and one block finality. N3 is unlike any blockchain you've used before.

To celebrate, we are hosting the Neo Frontier Launchpad competition from May 24 through to July 12. We are calling on all trailblazers who are up to the challenge of being among the first to build applications using N3.

Up for grabs is over US $100,000 in NEO prizes, including three grand prizes of $12,000 each, broken down into three categories: NFT, DeFi, and General. We’re also offering a first round optional “Planathon” that could see you win multipliers that increase those prizes to up to $18,000.

Also on offer is EcoBoost incubation and custom vested NEO packages through Neo’s Early Adopter program - a new initiative with $10 million in funding to help seed new projects on the Neo N3 MainNet. The Neo Frontier Launchpad event is designed to help you succeed beyond the hackathon itself, and so these prizes will provide opportunities for you to continue to grow your project well after the winners are announced. We’re in it for the long haul, and we want you to come with us.

Full details can be found on Devpost.com

The Neo team will be holding an AMA on the Neo Reddit for anyone interested in learning more about the Neo Frontier Launchpad. You are welcome to ask questions pertaining to the event, such as its format, goals, prize mechanics, etc.

We will start collecting questions in this thread, which will begin being answered on May 31 at 08:00 (UTC). Question submissions will close on May 31 at 10:00 (UTC).

We look forward to answering your questions! 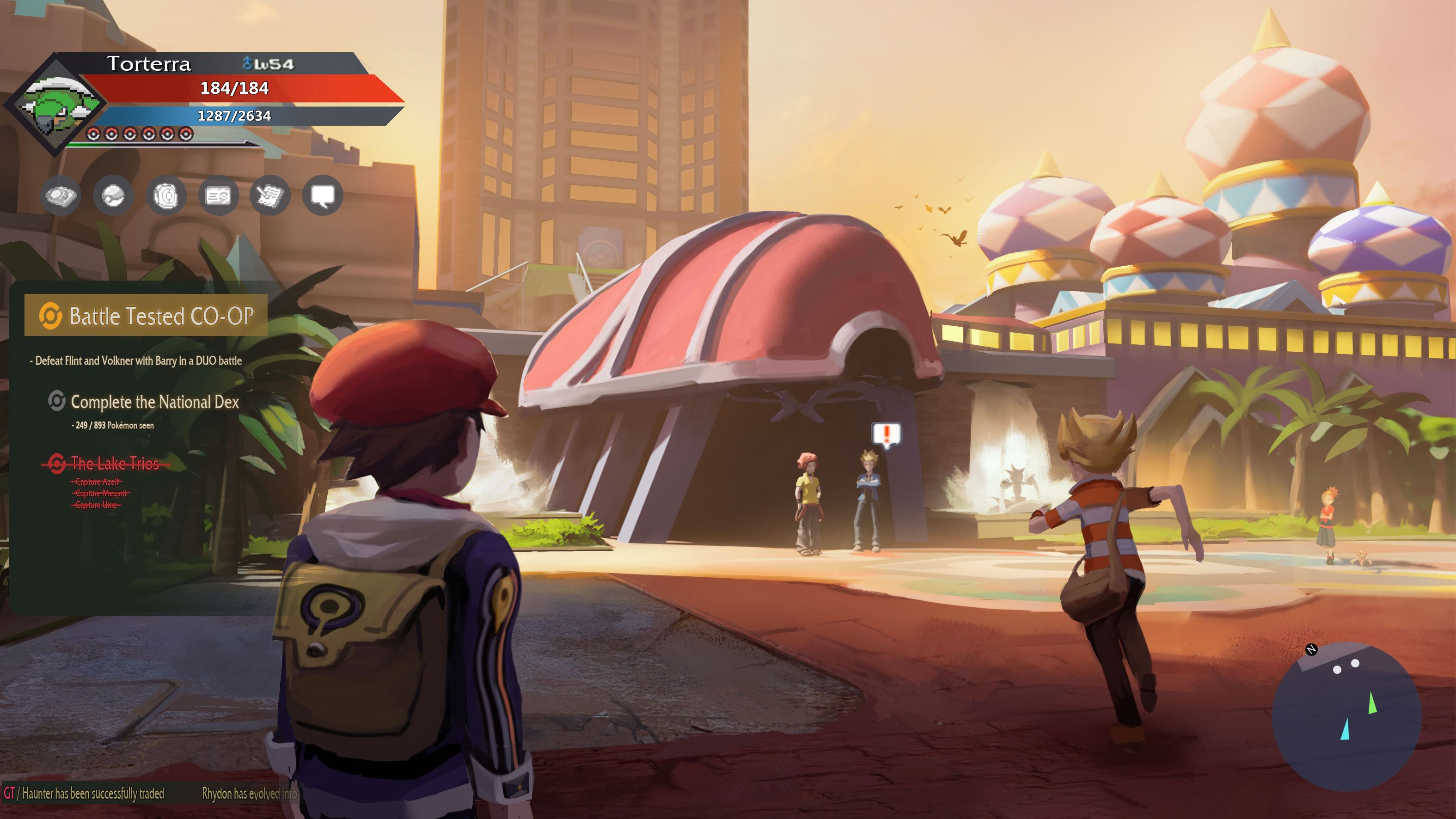 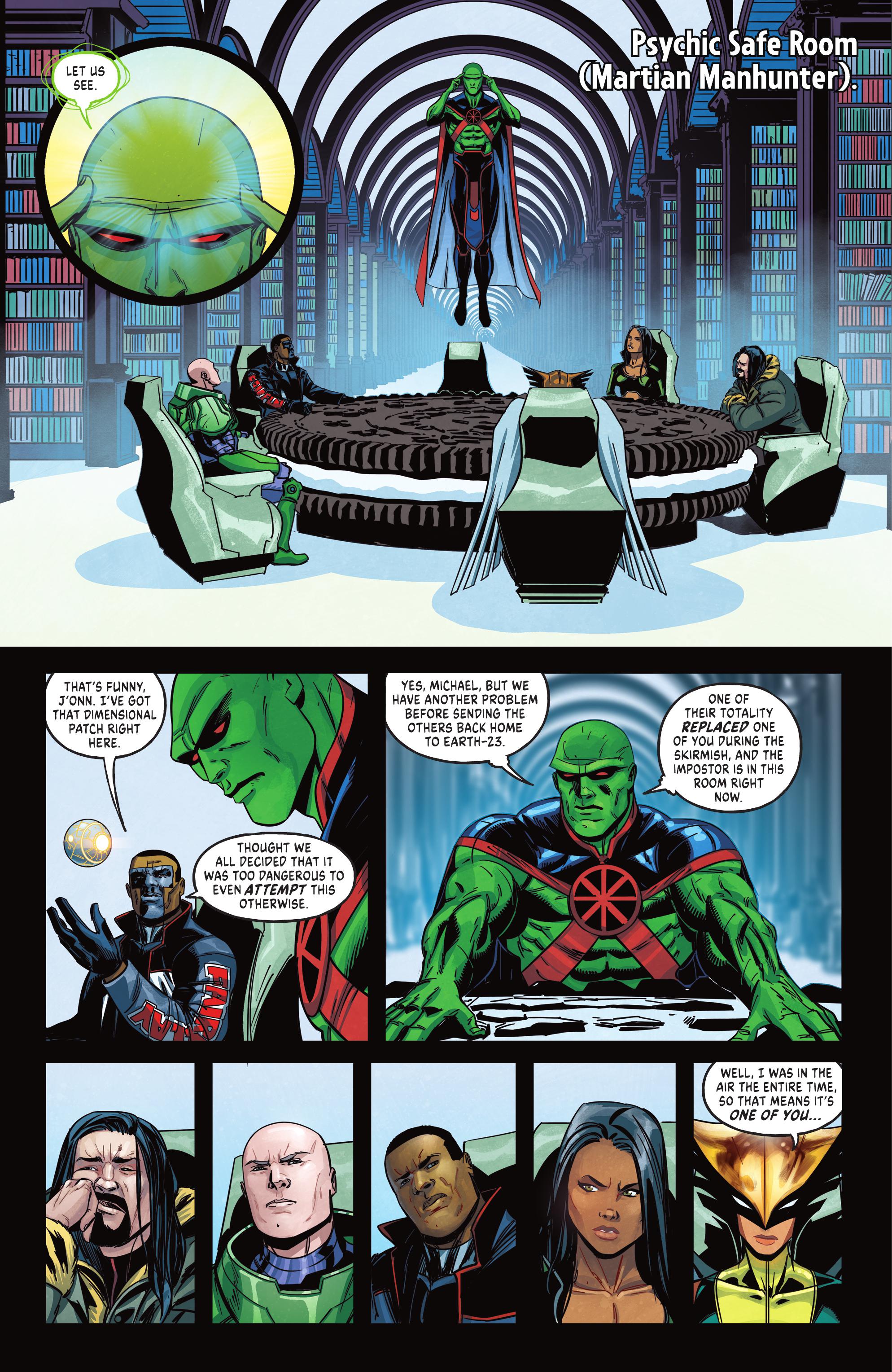 Last night, I had the misfortune of having my DBX nosedive into the ground and self destruct whilst gathering mats in my SRV during another exploration journey.

After posting about it, one helpful soul (/u/TheOfficialRadium) suggested I reach out to Frontier support. Well not only did they respond within 24 hours, they reinstated my DBX so I could call it in and escape the planetary confines - without losing the hours and hours of exploration data is accrued.

As I'm posting this, I've just left the planet and continued my journey to unlock my exploration Elite.

Support teams usually don't get much recognition, but in this case they definitely deserve it.