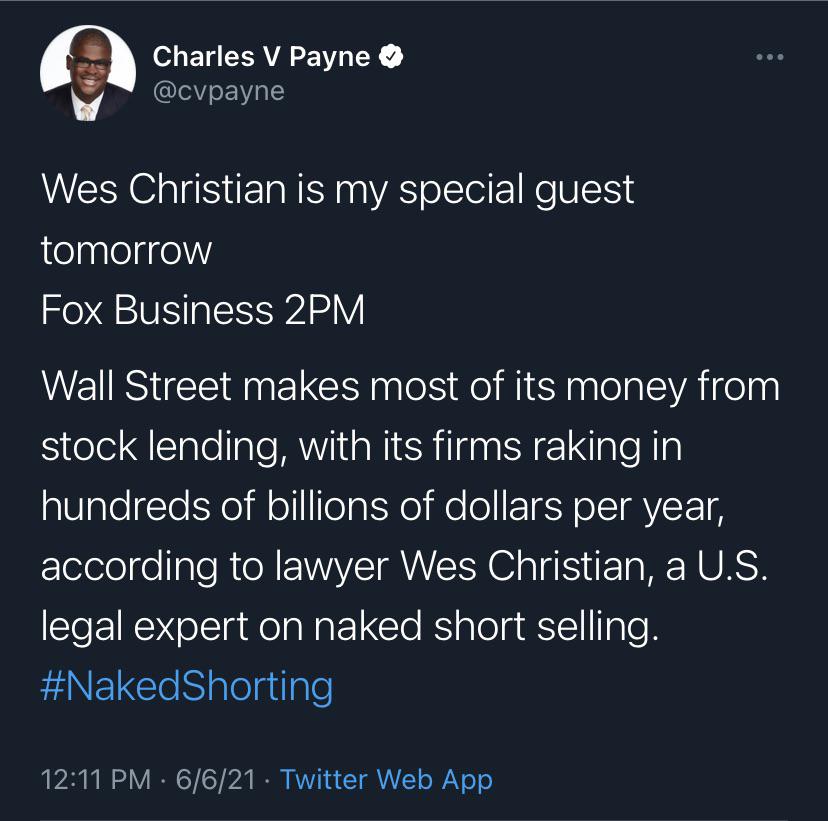 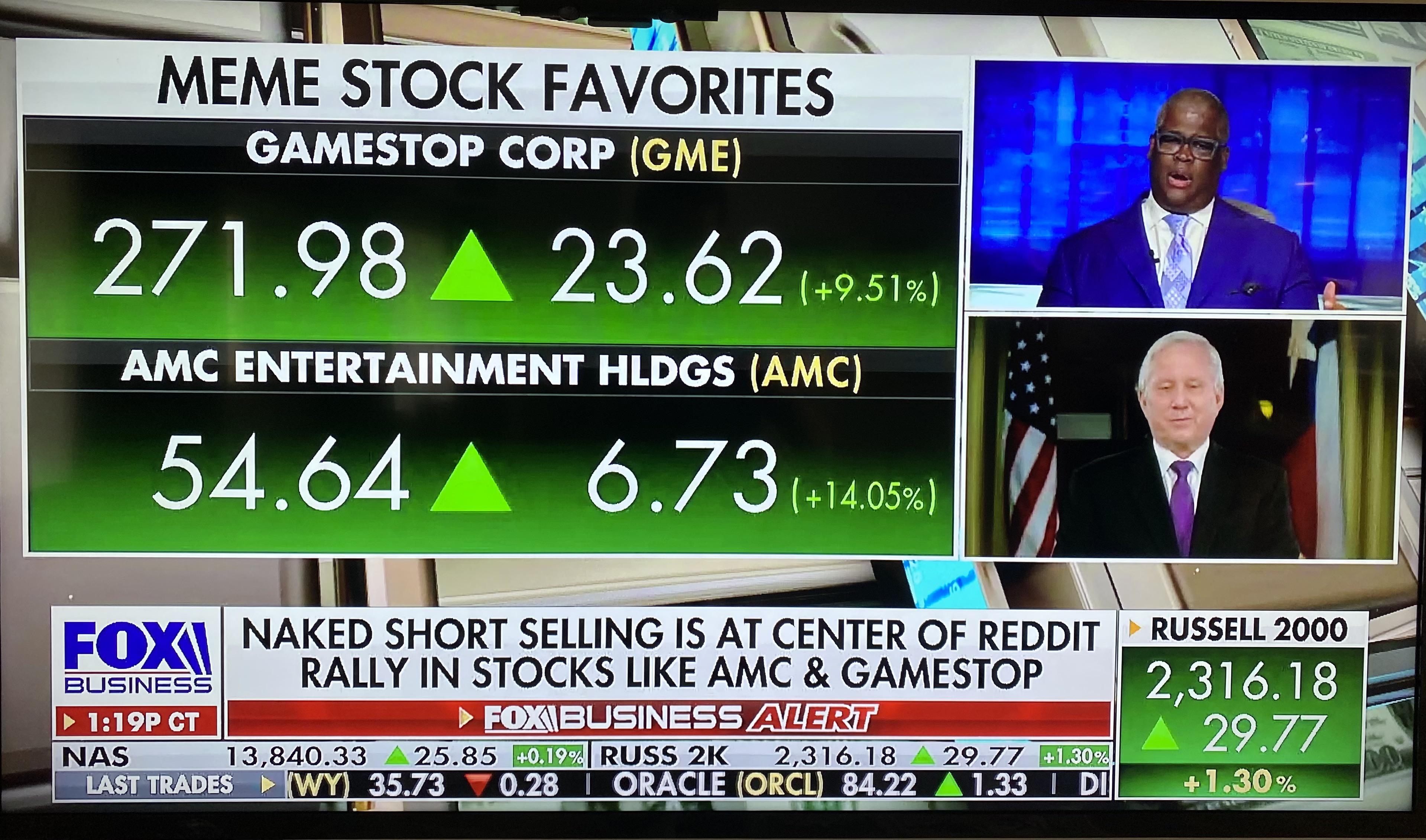 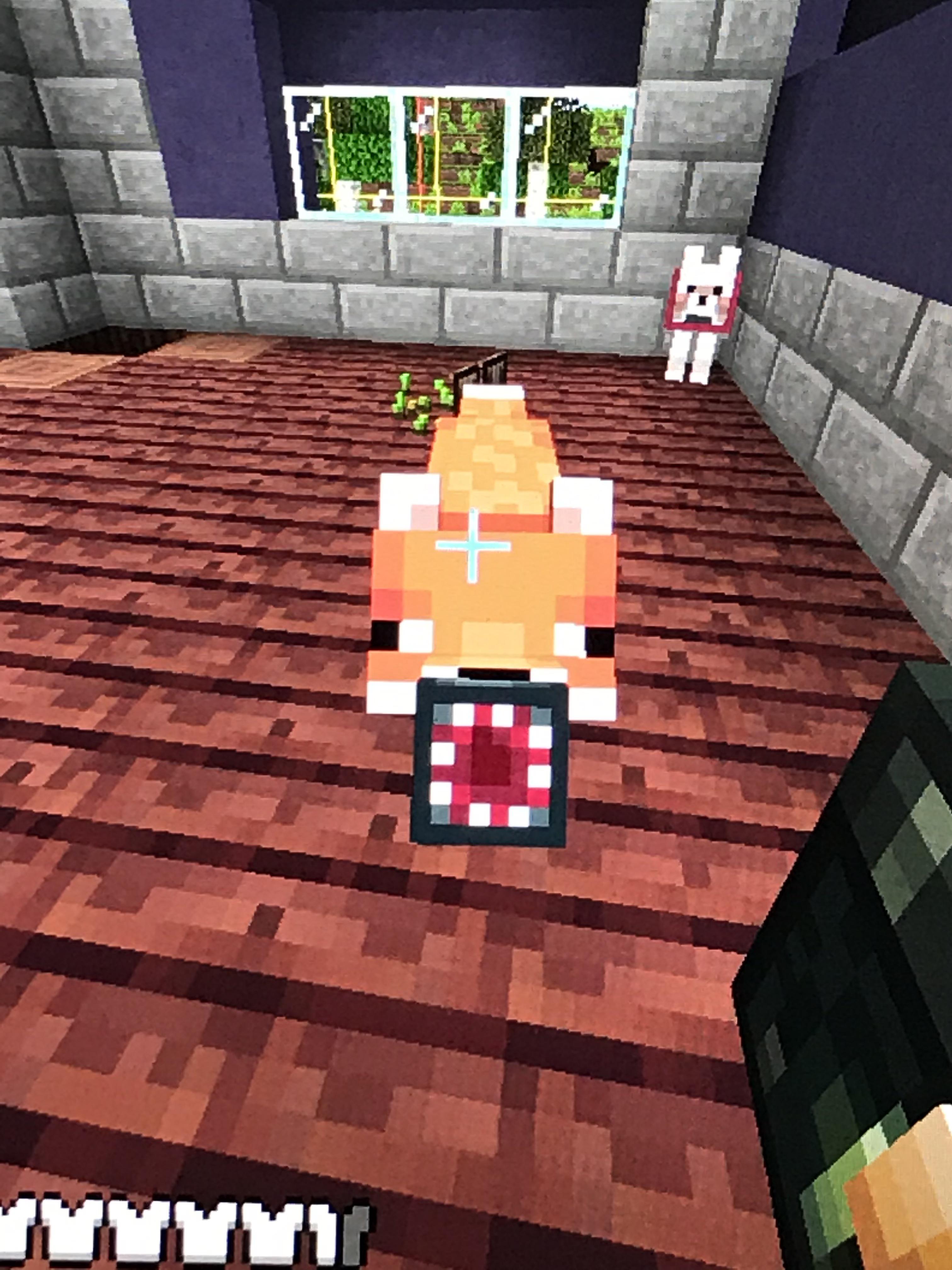 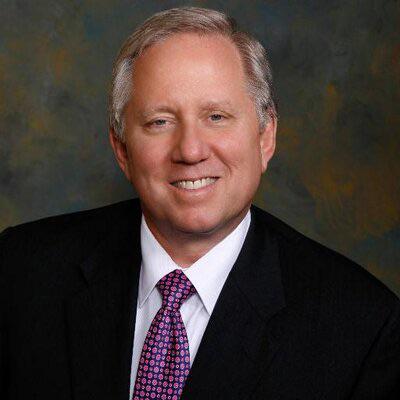 For context, I work in Engineering and am a manager of 4 employees, out of 40 or so at our office.

A while back, one member of our team was talking about how she was planning to get a pet fox. I didn't think much of it - I looked it up and they're legal in our state.

She apparently got the fox about a month ago, and has been sharing pictures of it frequently with others (including keeping one on her desk), but we've also been noticing several problems.

Firstly - when she first got the fox, she was missing from work quite often. She was leaving early, taking 3-hour lunches, and arriving late almost every day.

She was aware of it and apologized, saying "sorry, I had to take [the fox] to a vet 1 hour away " or "sorry I'm late, [the fox] peed on me this morning before work and I had to re-shower," but it was happening nearly every day.

I talked to her about it, and she was embarrassed and said that she'll do better, and to her credit she has been better about that for the past couple weeks.

But then the other issue - the bigger issue now - is the smell.

After she got the fox, I got a couple of complaints from others that she smelled bad. I only noticed it at times, but it was definitely there. Most notably on that day when she said she was late because she had to re-shower when the fox peed on her - I'm not sure if she actually showered, but it certainly didn't smell like it.

But more recently, it's become almost constant. When she walks into the room you can smell it. Even if she leaves her jacket on the desk when she goes out to lunch, the jacket smells like fox. And it was much worse this week than the week before.

I had an uncomfortable conversation with her about it a week ago and said it was becoming a problem, and she seemed very upset and promised that she's showering right before work every day and washing her clothes frequently to make sure it's not an issue. But again...over the past week it's gotten much worse, not better.

So after talking with my supervisor for advice, on Friday I had another talk with her and told her the issues weren't really improving despite her efforts and that something has to change, and it seems like it's impossible for her to meet attendance and hygiene requirements while caring for a pet fox, and if this doesn't change, we would have to consider firing her.

This made her very upset and she started crying and saying how heartless that was, and how I was unappreciative of e

👍︎ 13k
📰︎ r/AmItheAsshole
💬︎
👤︎ u/mraxick
🚨︎ report
I am Giles Goddard, I made Star Fox with Shigeru Miyamoto, worked on Super Mario 64 and created 1080 Snowboarding. I have worked in the Japanese games industry for more than 30 years, run my own development studio and am about to release a new snowboarding game for VR, ask me anything!

I’m the current CEO at Chuhai Labs in Kyoto, Japan working with a talented group of weirdos. We are developing and publishing tons of innovative and silly games that I am really proud of. We even have a Playdate launch title coming out!

For the last year, I have been working on a spiritual successor to 1080° Snowboarding for VR called Carve Snowboarding. We have poured our hearts into making it every bit as thrilling and radical as if you were actually snowboarding! It’ll be releasing very soon on the Oculus Quest and we can’t wait for you to hit the slopes!

You can find me on Twitter later but for now let’s talk games dammit!

ASK ME ANYTHING (and everything!)

(I’ll be around all weekend to answer questions and I’ll try and answer all of them.)

UPDATE: I will get to all of them ;) I've not done an AMA before and the response has been awesome so far .. thank you !!

UPDATE 2: Thanks again everyone for so many awesome questions, it’s been an absolute privilege.. it’s late here in Japan but I’ll be back tomorrow!

FINAL UPDATE: Otsukaresama! Thank you so much for all of the great questions and comments, I honestly had no idea so many people remembered the games I worked on. It’s quite humbling :) My apologies if I didn’t get to answer your question but I can always be found on Twitter @giles 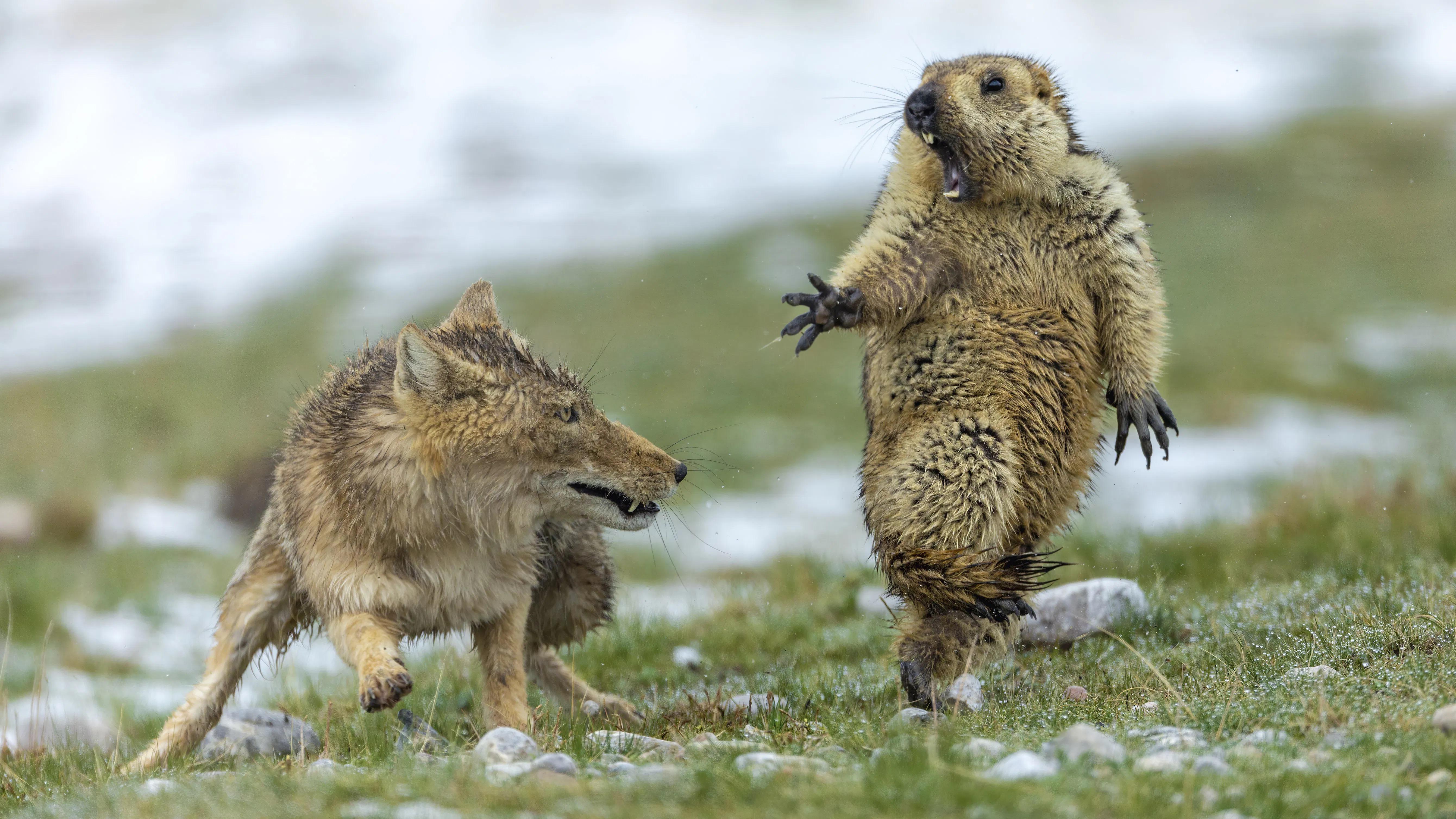 There is absolutely no point in doing so. It only makes the world worse. People rely on the news for everything. You look at the news for weather, information on presidential candidates, information on what's going on around your city, and SOO much more. False information like this really fucks with people's lives and their opinions on important issues. I'm not saying one media company is good to watch and one wrong but look at how many lies fox news has said about the election. If a newscaster wants to state their opinion, they should be obligated to say it is only an OPINION. Im open to people CMV. 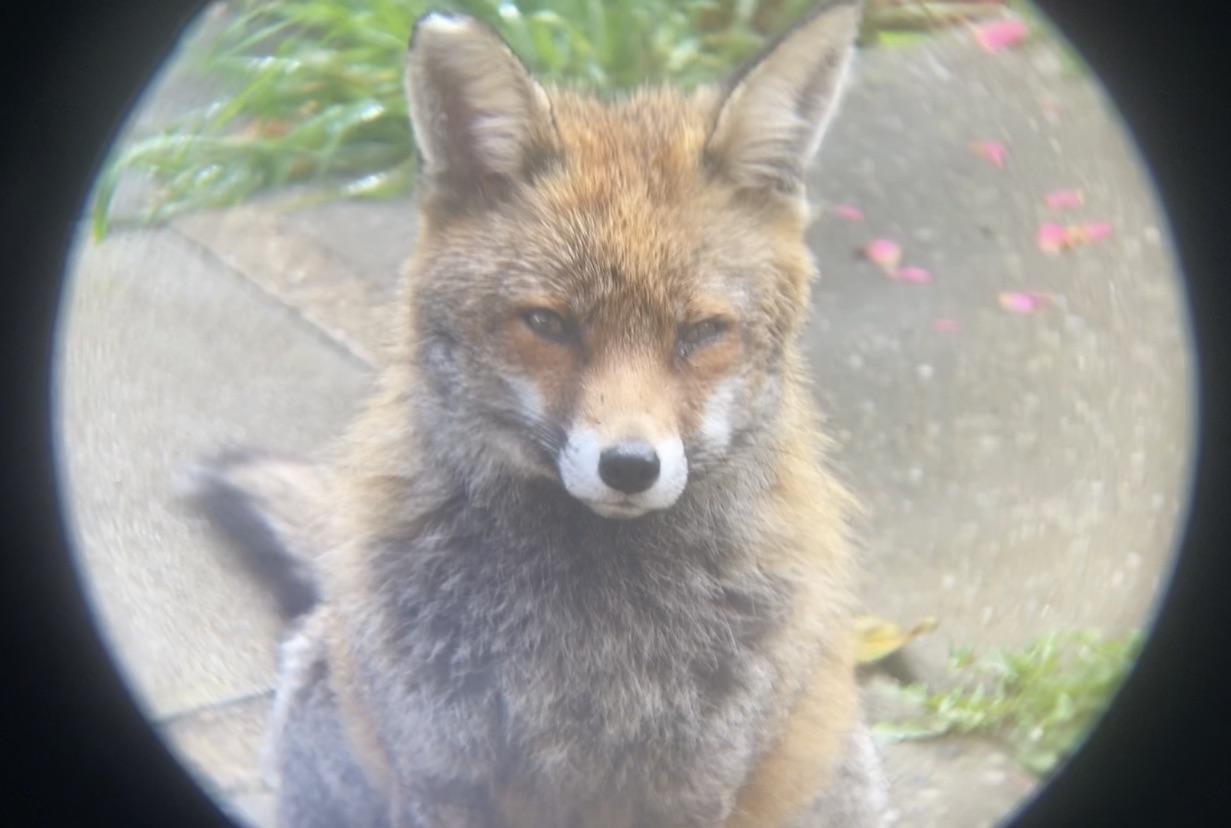 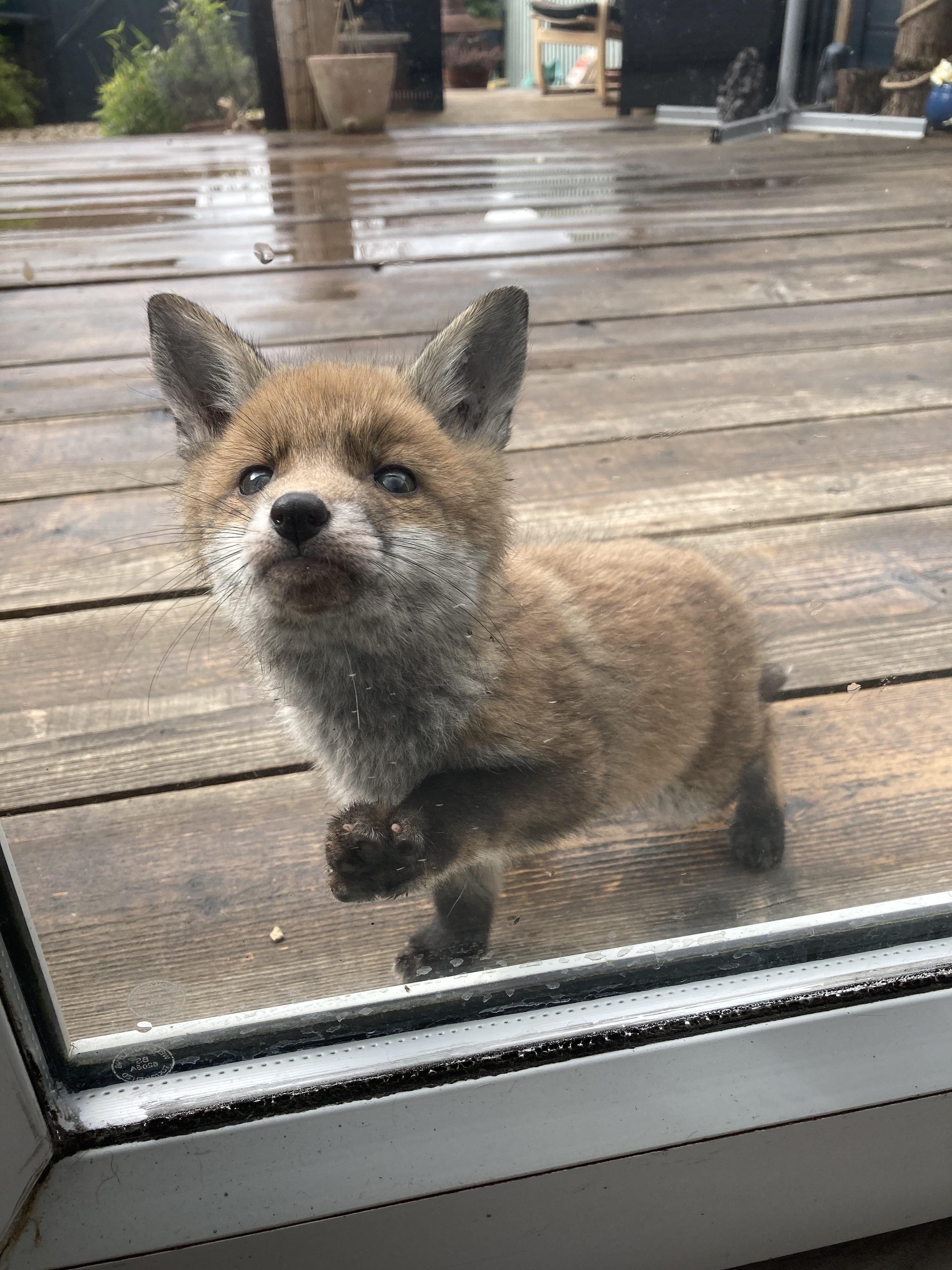 Statement from Oklahoma Athletics Director Joe Castiglione: "We are bitterly disappointed that the great Oklahoma-Nebraska rivalry, on the 50th anniversary of the Game of the Century, will kick off at 11 a.m. We tried every possible avenue to proactively make our case. The Big 12 Conference also supported our strenuous efforts to secure a more traditional time that would honor this game an our fans. However, in the end, our TV partner chose to exercise its full contractual rights and denied our requests." 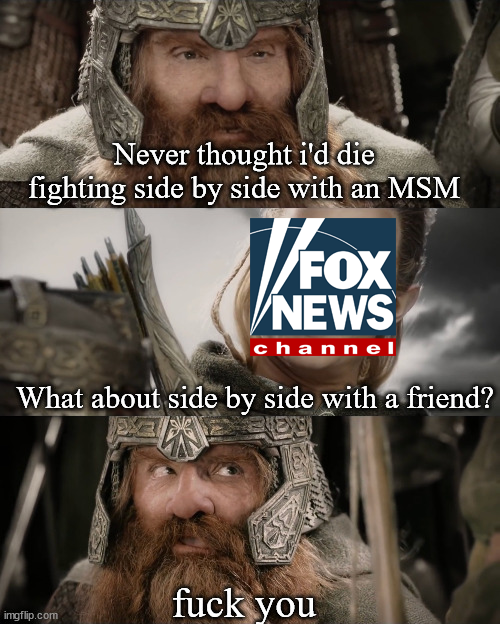 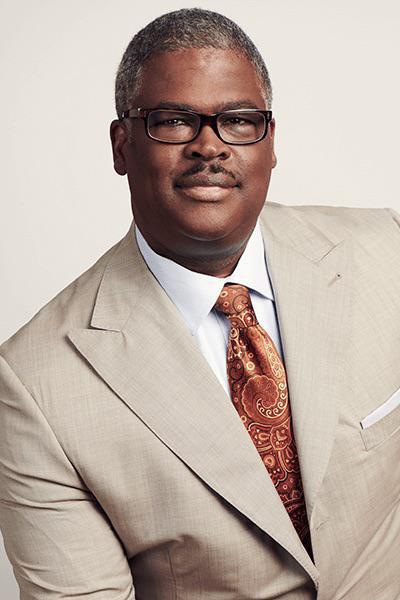 👍︎ 6k
📰︎ r/amcstock
💬︎
👤︎ u/DreamimgBig
🚨︎ report
Just heard a Christian commenter on Fox News say he doesn't like sjws, because they're a religion and they twist the words of the bible to support their ideals. I just give up. Actual religions need to burn down. It's cancerous to our society.

I just try so hard to have sympathy for people and believe that people are good deep down and people let me down every day. 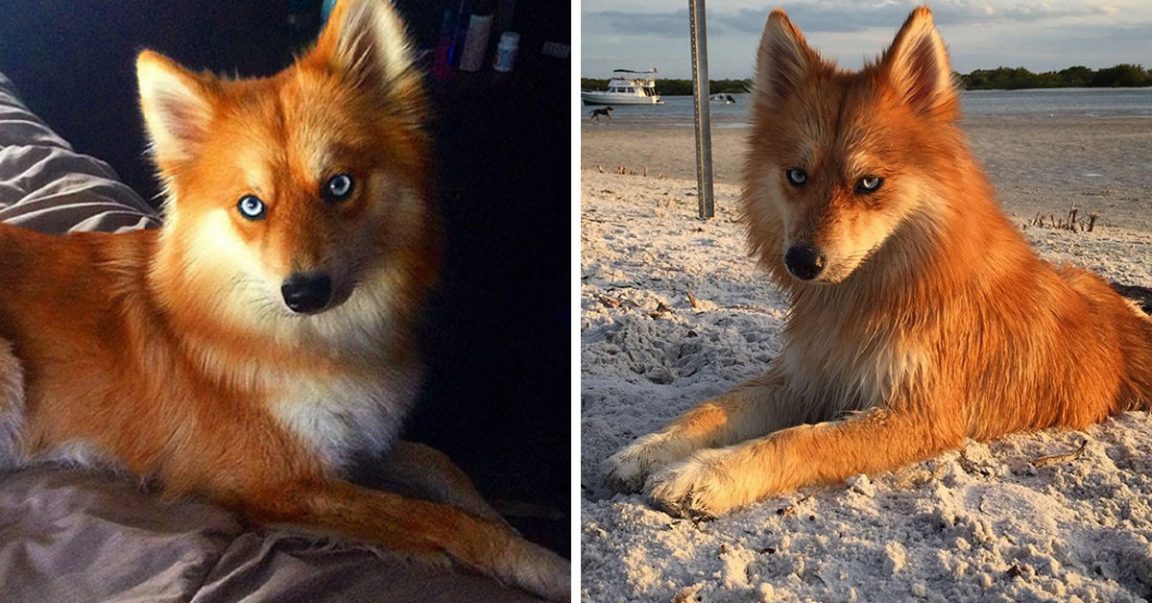 Check out the Reddit Stream of tonight's comments section to view the live commentary of from the users of r/SquaredCircle! A post-show thread will also be posted when the show fades to black.