Books have target audiences too! If you read a YA book for teenagers and hate it it's not because the book is bad, it's because it's not meant for you (Eragon, Divergent, Artemis Fowl, etc.)

As a book lover I've lurked this sub for awhile now and people really should check what age group the book was written for before reading them or making posts about how bad they are. Eragon, Cirque De Freak, Artimis Fowl, Divergent, Twilight, the list goes on and on. These books are meant for Young Adults and Teenagers. It's not a surprised if you read them at 27 and realize how bad they are.

They aren't bad books, they're just not books for you. It's okay to admit that and move on. Books have demographics just as much as TV and movies. An adult doesn't go to see the Wiggles and expect to have a good time (although they are surprisingly enjoyable) or critique their children's Saturday cartoons or their teenager's cringe werewolf romance drama show for being simplistic and predicable. It's great to them because it's for them. It's crap to you because you're never expected to watch it anyway. That's okay. There's really no need to tear those things apart in a reddit post.

Obviously there will be some adults who will still love YA books, shows, and movies. If that's you, please keep recommending them to people. It's not your fault if someone neglects to notice the YA or TV14 tag and ends up hating it.

Edit: I'm not saying "you're not the target audience" is an end all excuse so you can never say something is bad. Some books are indesputably bad. I believe that if you hold an opinion that contradicts what is widely accepted as true, then it's probably more about your personal preference than something being inherently bad. For instance, I hate Avengers movies and think they are full of crudely written dialogue and oversized casts where no character actually matters. Obviously the world disagrees with that opinion. I'm willing to look at that and say that Avengers isn't inherently bad, but it doesn't suit my preference. Try to look at books the same way. Even though something like Twilight can be torn to shreds for the author's poor writing, it is beloved and treasured by such a large audience it's obvious there was something there that made it great but didn't suit my taste so saying it's a bad book is simply not true. Pointing out flaws and saying something is bad are two different things.

Edit 2: The comments are pretty fun you should check them out. Admittedly most of them say I'm wrong and an idiot lol. But the others are filled with people saying a book is horrible and then others saying the same book is great. The only constant is that Divergent an

👍︎ 9k
📰︎ r/books
💬︎
👤︎ u/CannibalRed
🚨︎ report
Keqing takes flight to end the fowl v.redd.it/j6ul17r4pk171
👍︎ 10k
📰︎ r/Genshin_Impact
💬︎
👤︎ u/Energyxx
🚨︎ report
Jacanas are water fowl with long legs and incredibly long toes and claws. Even new-born jacanas have super-long toes and legs in comparison to their body size which enable the chicks to spread their weight over a large area and allow them to keep up with their mothers while feeding on lily pads. 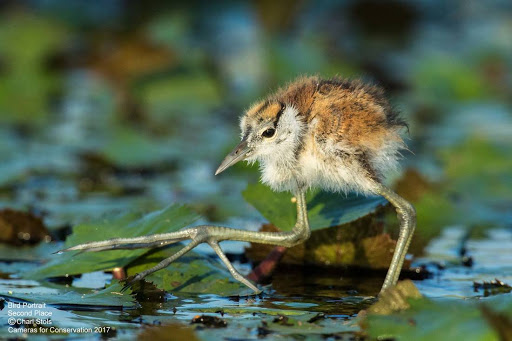 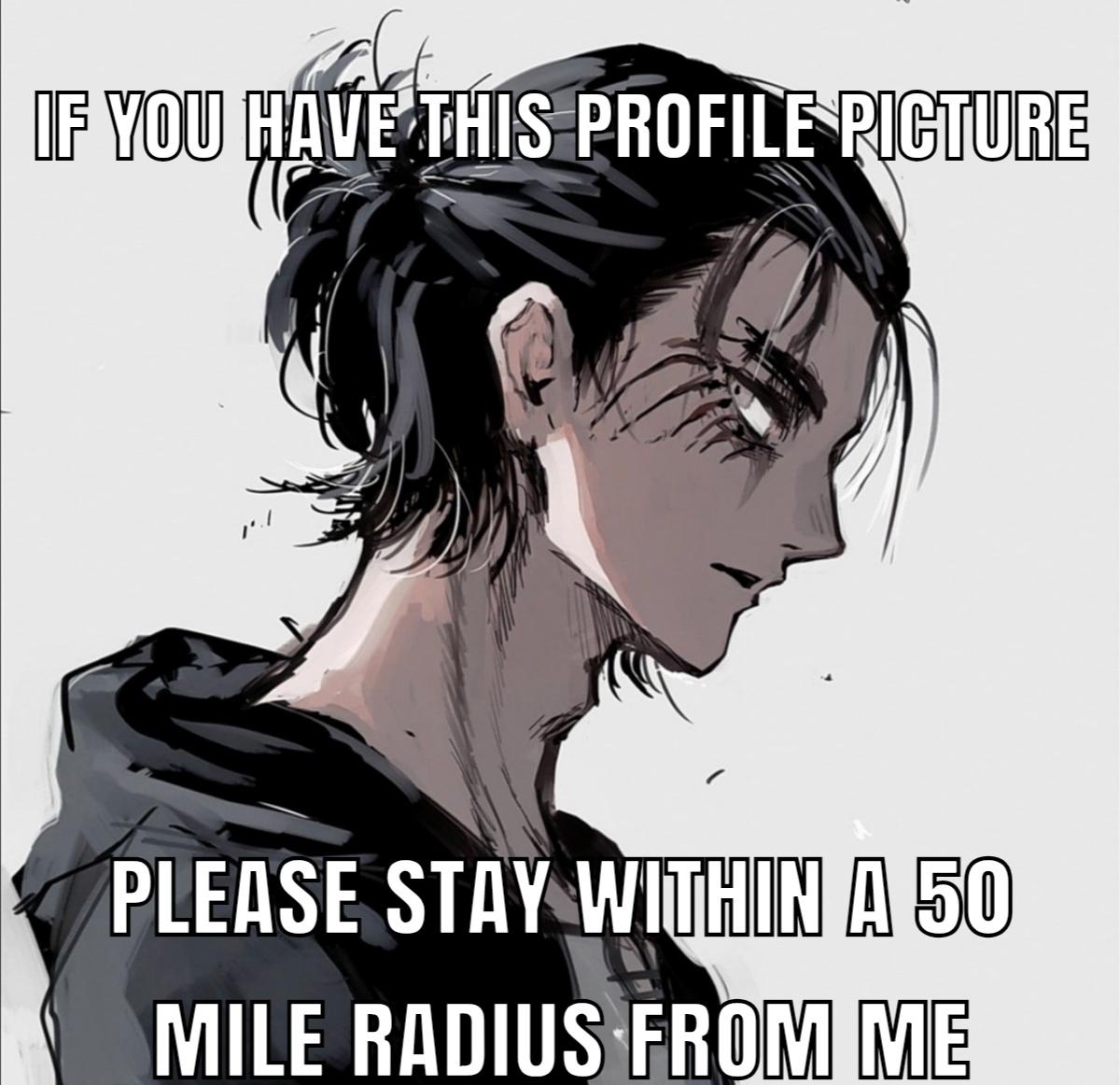 Look, I know Carmella is despicable, I know about the Porsche like the peppah and Hunter and the spec house that's going to kill that unborn baby and how she can't say she hasn't been told, but people gotta give that shit a rest.

The amount of times I see people using that vile word (Yes Elliot, cunt) to describe Carm on here is concerning. I mean HOOO, that's some guy's wife we're talking about.

I highly doubt that all Chase wanted people to get out of the show's second main character is "wow she's such an evil cunt, truly the worst person on the show". Sometimes people even say shit that isn't true just to circlejerk about how incompetent she is, like how she lost the 40grand, from the bird feedah, even when Tony's just making that shit up. There's an entire scene about how she puts it all into safe, old money, like treasuries, and it's highly unlikely she would have lost all of that. Just listen to yaself, you sound demented.

We all know she's a bad person, but I see people talk about hating her more than any other character. Then you click on these people's profiles and like half their comments are just getting angry about Carm. It's like alright, she's bad, but you gotta get over it. "Remember when Carmella was a malignant cunt" is the lowest form of conversation.

It reminds me a lot of the first line of The Gunslinger by Stephen King.

“The man in black fled across the desert, and the gunslinger followed.”

It tells you everything you need to know about the protagonist, the antagonist, and the setting in an impressively short amount of time.

I reread the starting chapter of the first Artemis Fowl book recently and it reminded me why I loved the series so much as a kid. It gives such a thorough vertical slice of Artemis’ character profile that you know the age, social status, temperament, intelligence, comfort levels, character dynamic, and motivations without it being heavy-handed or verbose. And it still astounds me to this day.

I really hope that the one good thing that comes out of the abysmal Disney movie adaptation is that a new generation of kids will give the books a chance.

👍︎ 128
📰︎ r/Fantasy
💬︎
👤︎ u/thedelisnack
🚨︎ report
POV: You won’t answer the phone for me while I’m trying to both clean a bowl and swindle Mickey in one fowl coup 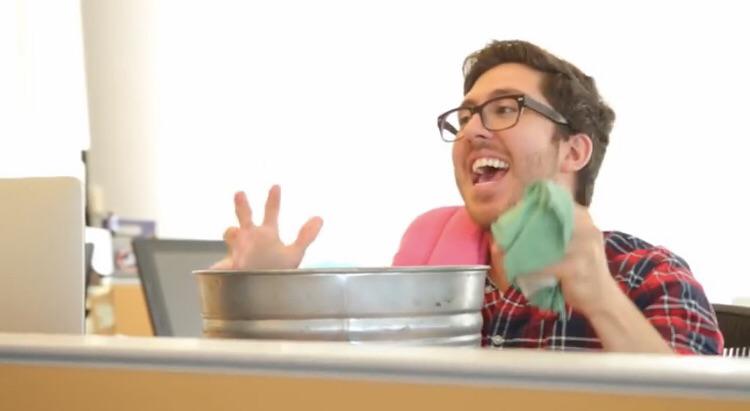 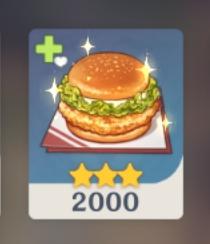 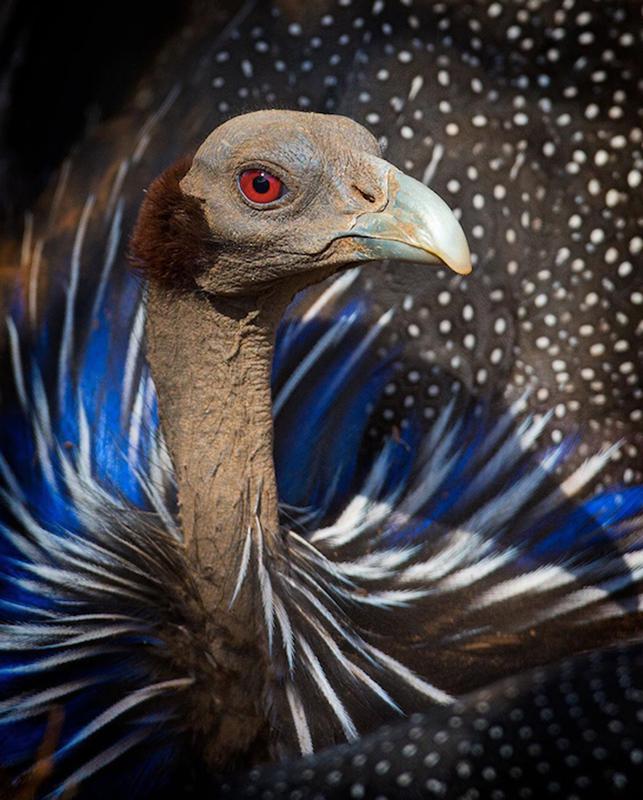 I had read them first about 5 years ago. Back then I was a so into reading that I finished the whole book in about 2 days and started Alex Rider the next day. Because of that I did not realise how good those books were. The plot and the setting was fantastic. I mean a world of fairies who can mind control people and do magic are discovered by a teen super-criminal. The whole thing is so good. But for me personally the thing which made it better were the characters. The interactions between Holly Short and Artemis, or between Artemis and Butler or every other character were just wonderful.

P.S: Please don't watch the movie
P.P.S: It was the first book in which I cried, so beware of the emotional event. That thong is going to hot like a truck. I even teared a bit yesterday. :( 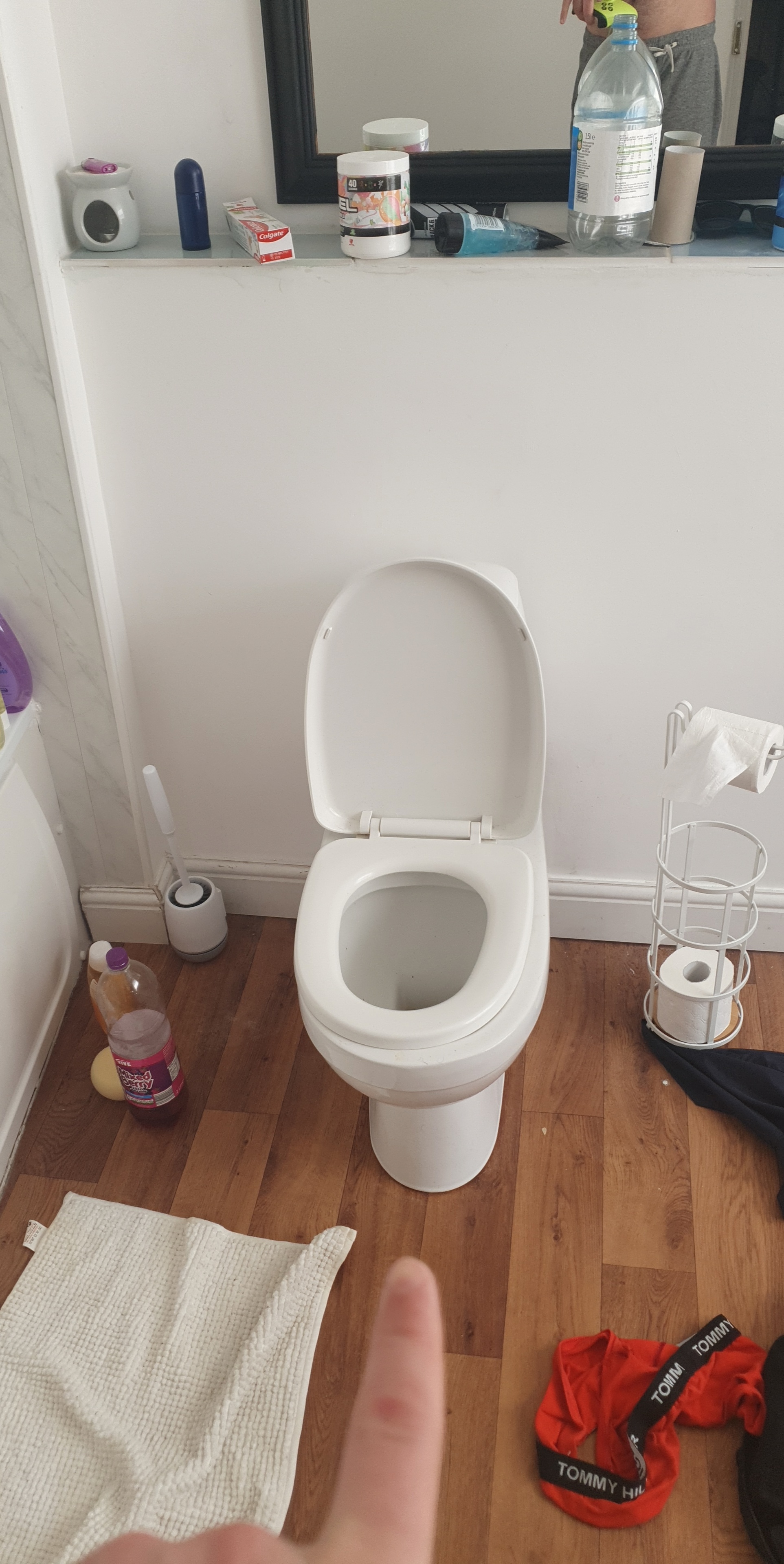 👍︎ 11
📰︎ r/shit
💬︎
👤︎ u/TheBigSucc5714
🚨︎ report
Water fowl v.redd.it/4sjd3jfzsj171
👍︎ 50
📰︎ r/londonontario
💬︎
👤︎ u/tws58
🚨︎ report
I apologize if this a long read but this comment on why HTTYD is better animated can apply well to Artemis Fowl and Percy Jackson as well. If only Disney understood

On TV Tropes, I accidentally found the information that in the eighth book (and I quote) >!&gt;!“Opal Koboi had her past self killed, creating a time paradox that destroyed every bit of technology created or influenced by her in the last five years. This means about 75% of all machines, both on the surface and underground had catastophic failures. While one would think this would help the masquerade, since cameras and other such equipment are now completely destroyed, this breaks the masquerade wide open since a large part of The People's tech was hiding themselves from "the Mud Men" (their name for humans).„!<!<

Can I still enjoy the series?

Edit: Of course I meant „Did I ruin Artemis Fowl for myself“ 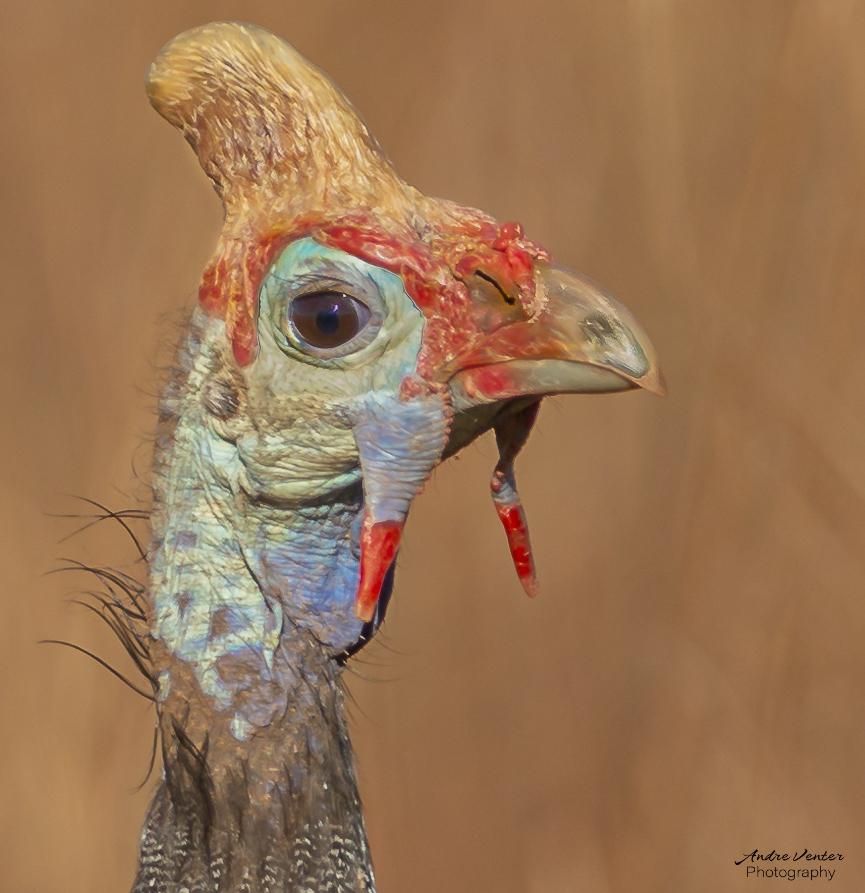 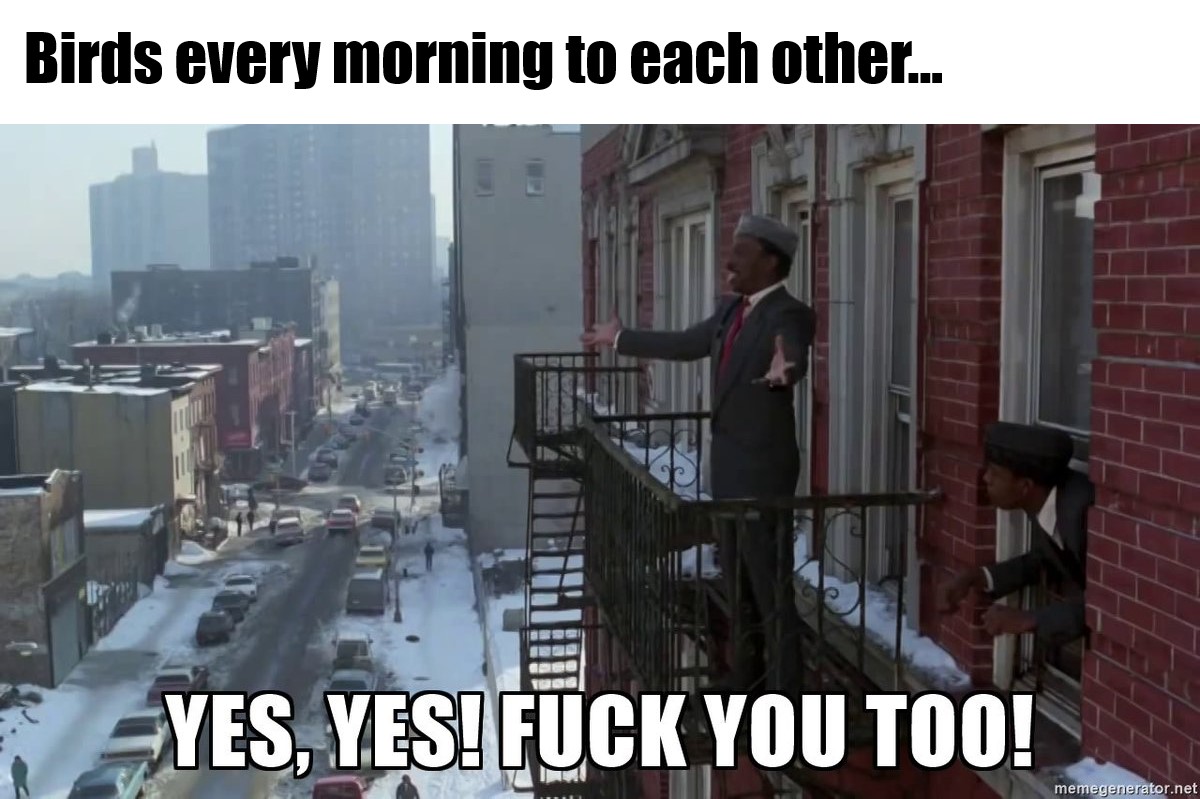 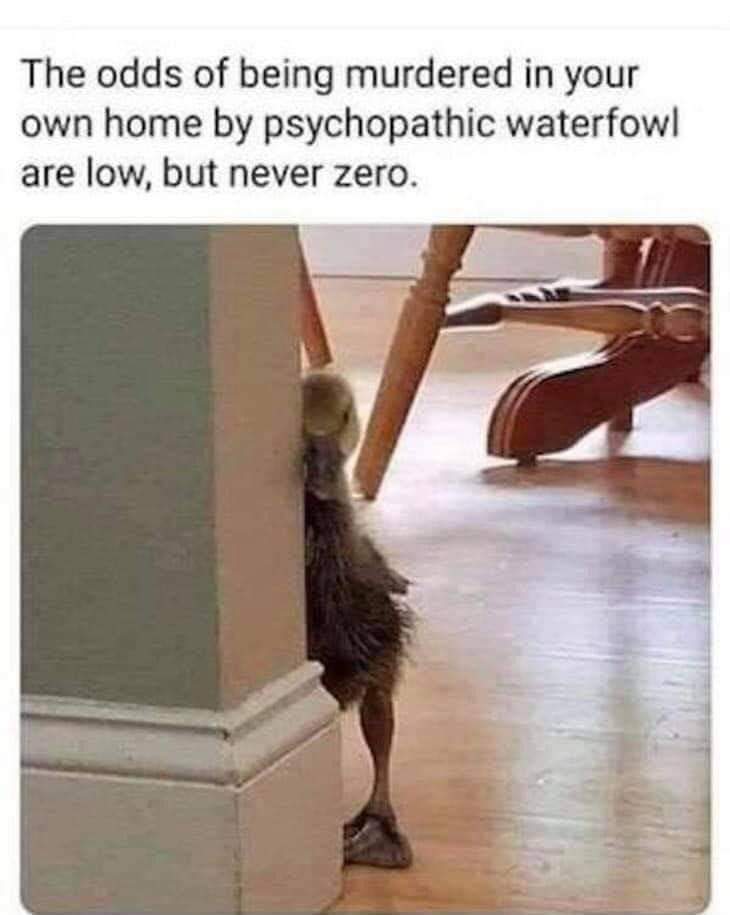 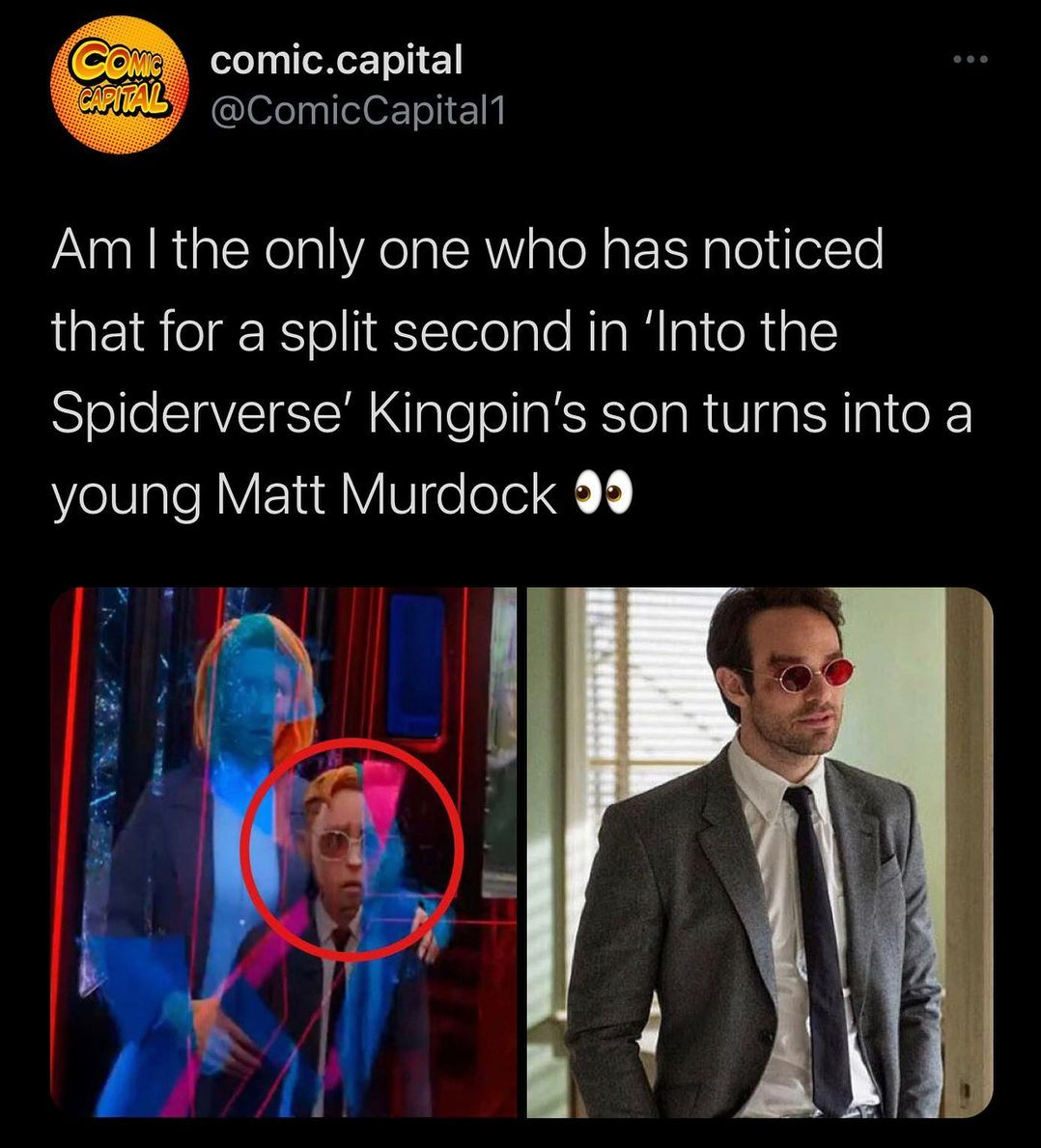 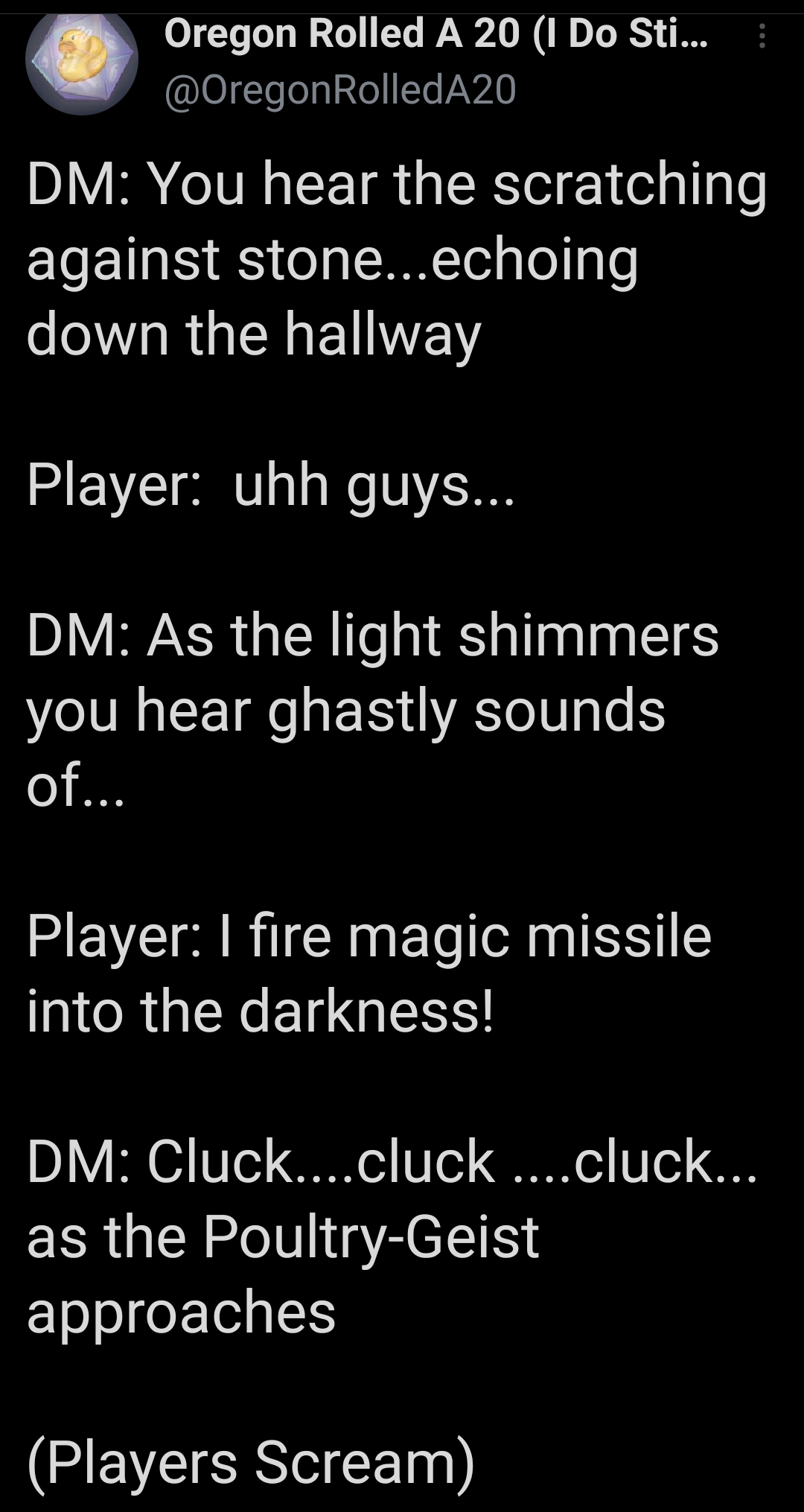 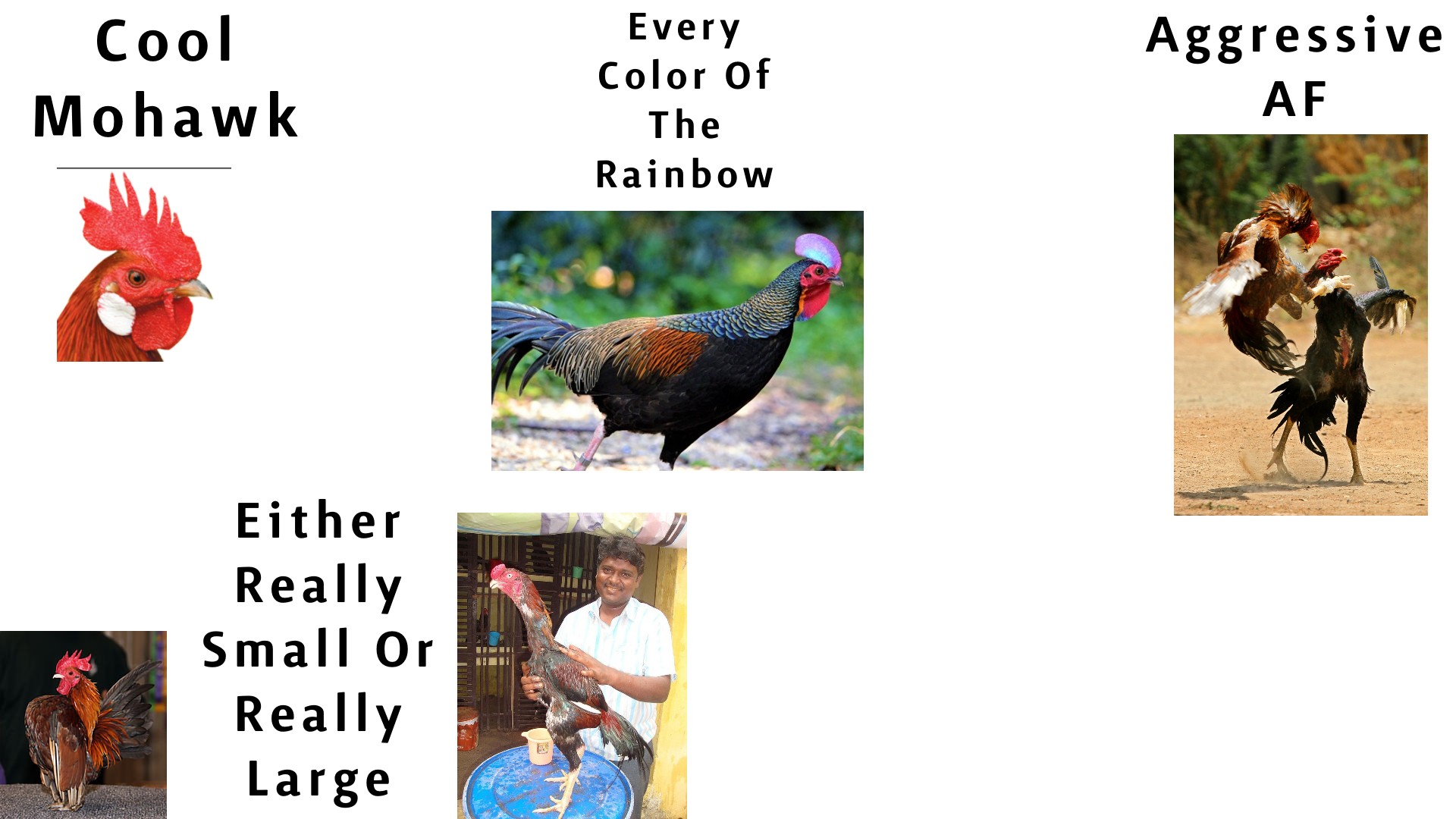 I just wanted to add that the movie had a troll that looked like it had dreads and the goblins in the jail seemed black coded with their chains and wifebeaters. Turning Butler black was a big mistake. Julia was made younger and more useless. She didn't even need to be there. Julius did not need to be a woman, could have just done better with the female characters that the story already had. Holly Short escaping captivity is a scene I really wish didn't have to be changed.

Why does an entire race fit into a criminal category anyway? people need to understand that putting a race in a category, even in fantasy, reflects a problematic mentality that is easily picked up.

👍︎ 7
📰︎ r/ArtemisFowl
💬︎
👤︎ u/Lizkeenisawesome
🚨︎ report
In the 2000s the biggest Childresns/YAlit series were Harry Potter, Bartimaeus, Artemis Fowl, His Dark Materials, Alex Rider, and the Matt Cruise triology. What are the biggest series that came out of the 2010s?

So far I've discovered the shadow and bone series and the six of crows series. 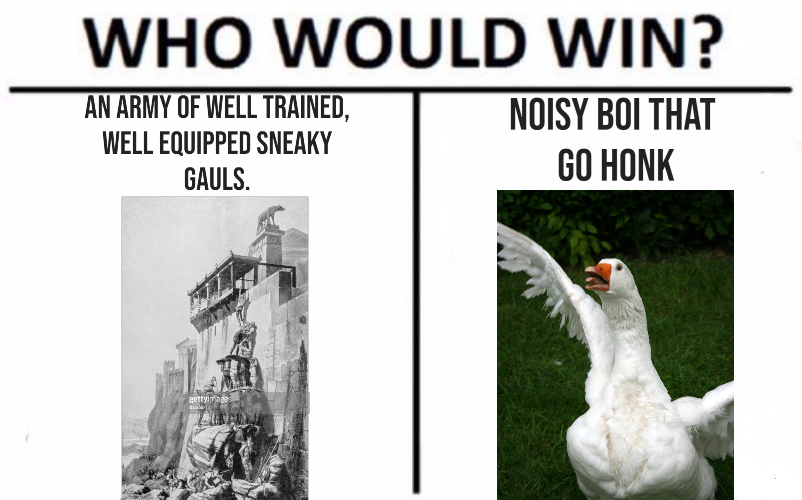 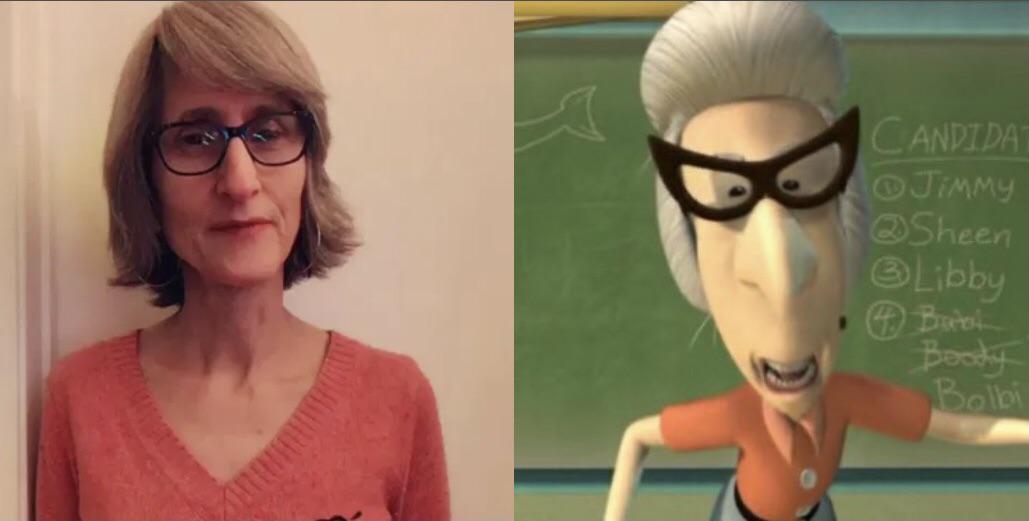 I think that it would be interesting to see the evil genius and a mad scientist compare notes. And of course? Who would outwit and manipulate who? 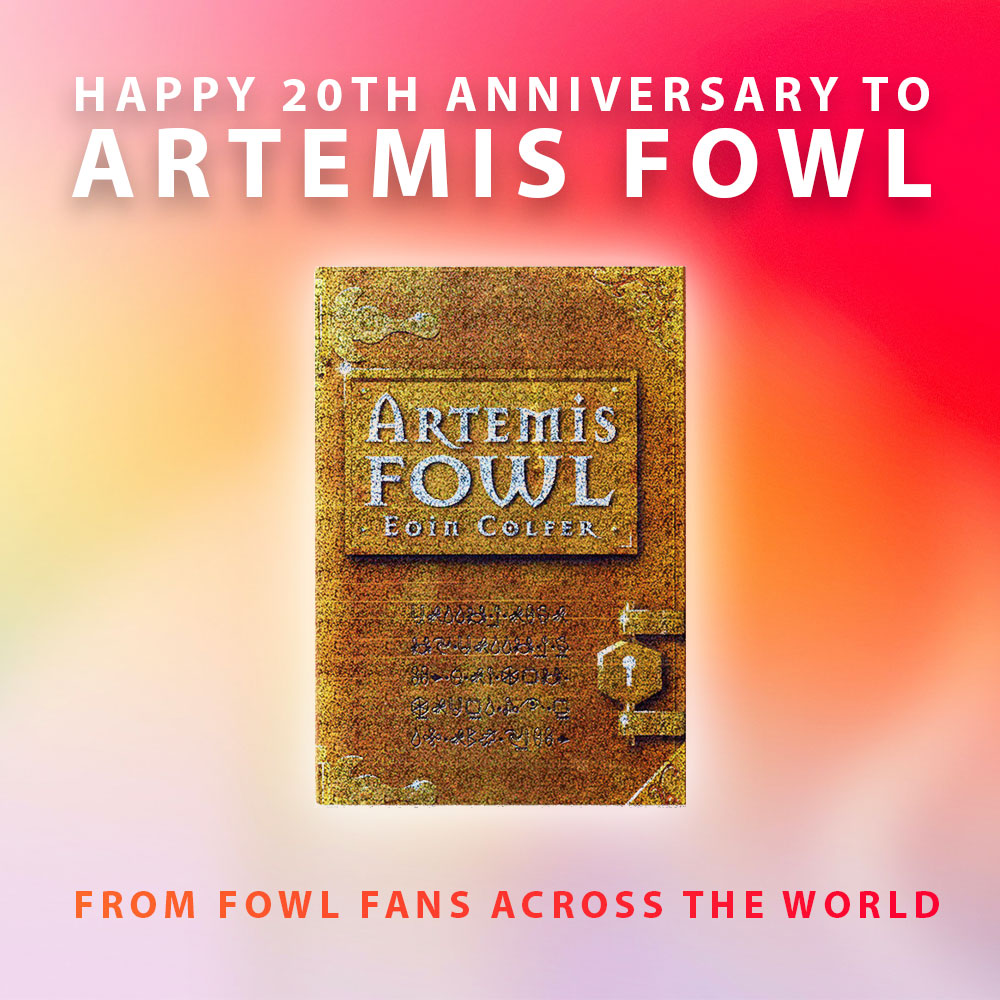 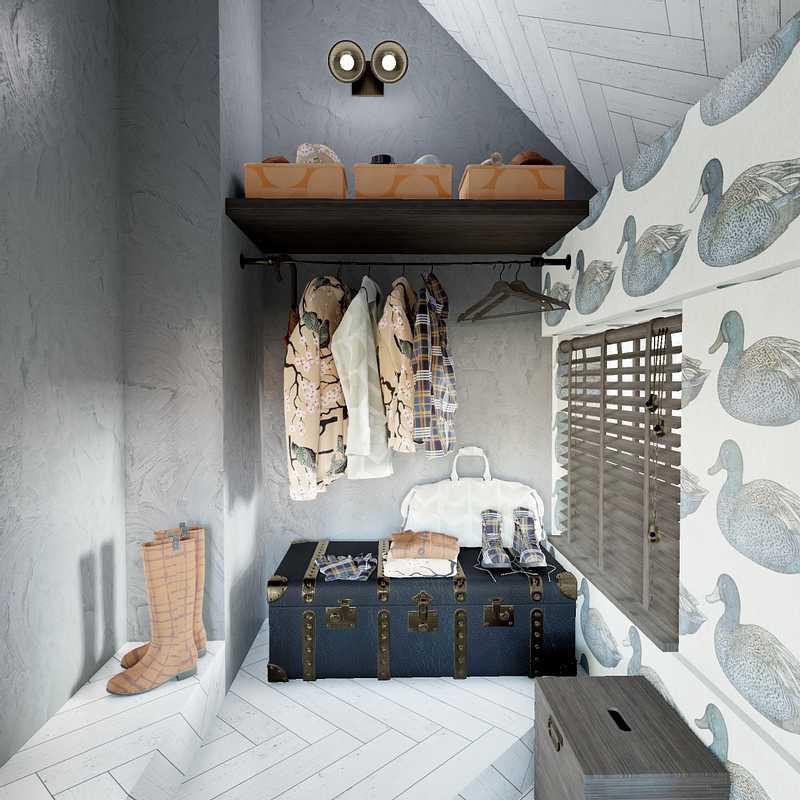 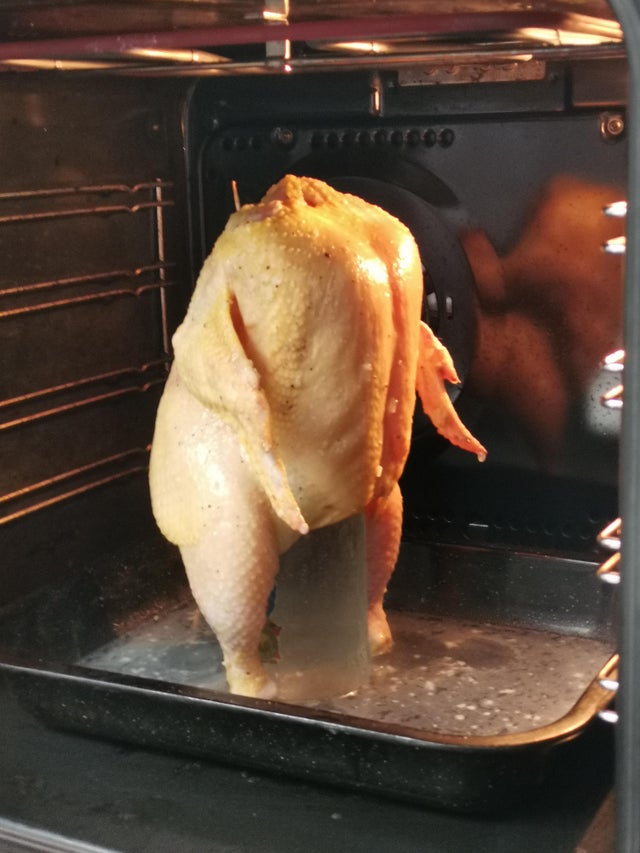 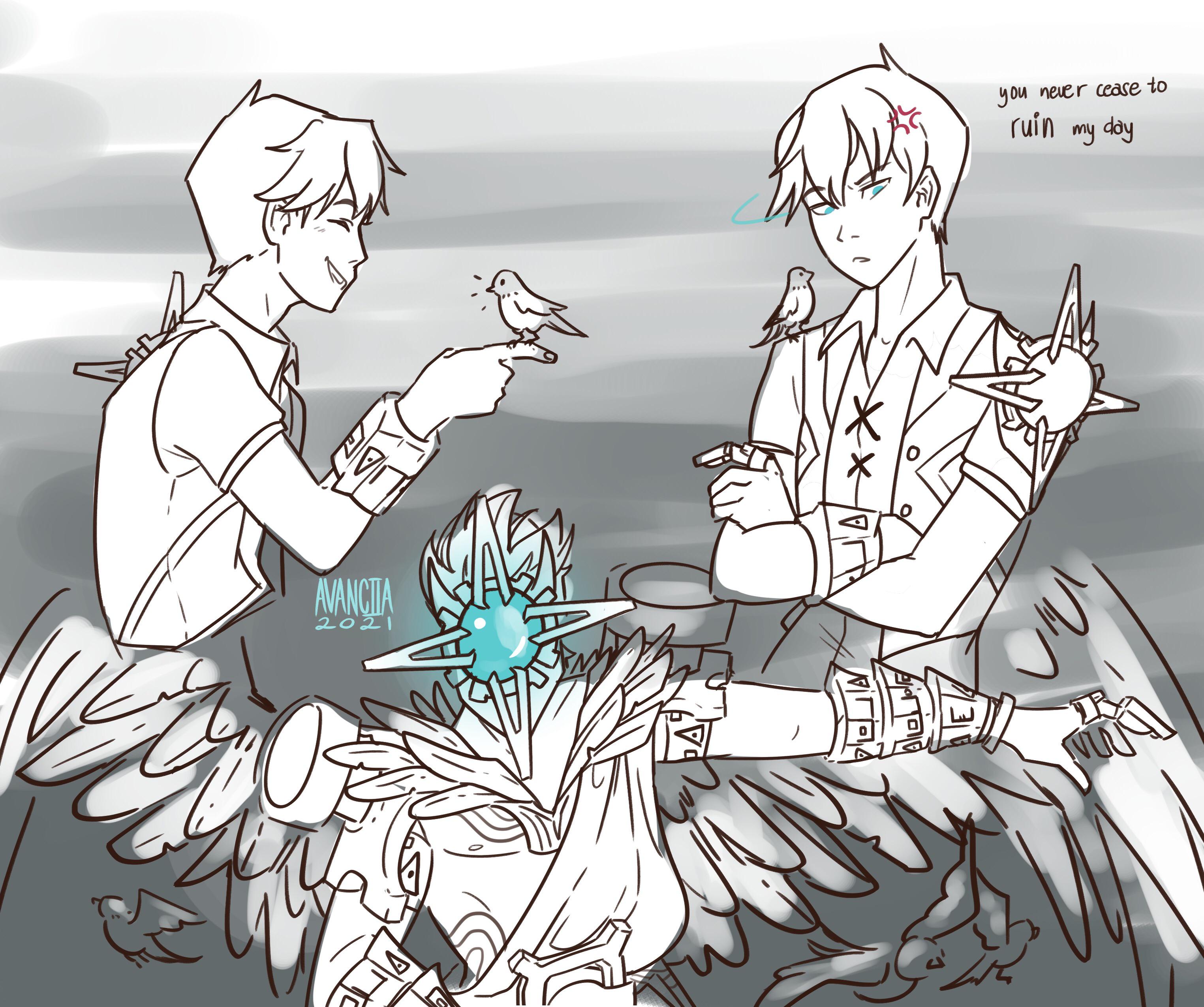 I just discovered the Fowl Lair doing bounties in Desolate Sands. I noticed I somehow killed a chicken, but wasn't sure how.

After some experimentation, I realized it was by teleporting near them (Wizard), and my Teleport rune, Calamity, would kill them (AoE damage and stun at Teleport destination).

Normal attacks don't kill them, not even AoE ones like Blizzard, and they’re not critters you can kill just by walking on them. But it seems a few abilities like Calalmity can hit them.

Didn't get an achievement or anything though, but just an fyi in case someone is wondering. This wasn't covered in previous discussions on this topic in this subreddit.

👍︎ 78
📰︎ r/diablo3
💬︎
👤︎ u/S1eeper
🚨︎ report
His mother was a Ayam Cemani. Apparently she accidentally got bred with a different breed (despite being only with Ayam Cemani roosters for almost 2 weeks). It’s father is either a Silverlaced Wyandotte, a Buff Orpington, a Black Large Fowl Cochin, or a guineafowl. What do you think? reddit.com/gallery/nlsp4o
👍︎ 20
📰︎ r/chickens
💬︎
👤︎ u/Arcaduck1
🚨︎ report
Fowl Play 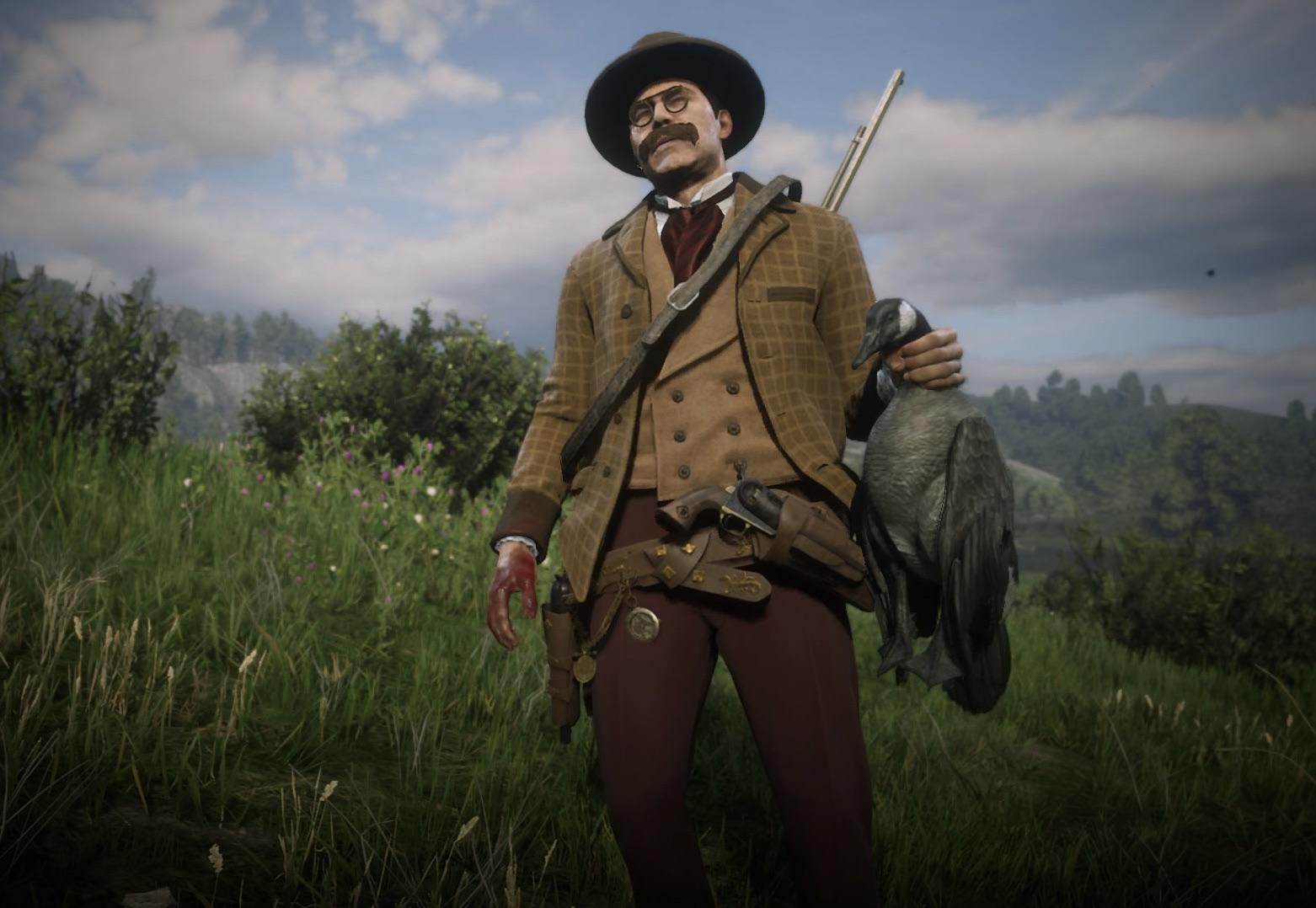 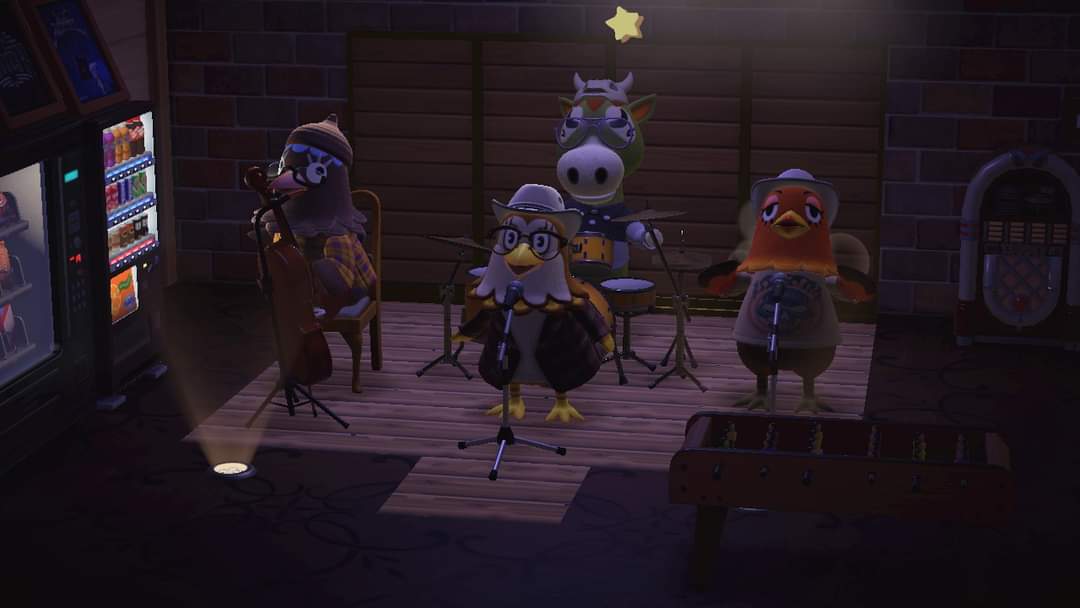 Supply is shared between you and your partner, and units from both armies contribute to your combined supply cap.

Supply can only be generated by killing turkeys that wander throughout the map. Doing so may anger the turkeys that remain.

#CtG needs you to boat to fund his yacht.