Alligator forceps, if you don't own them, you need them, and if you have them, you know how useful they are. 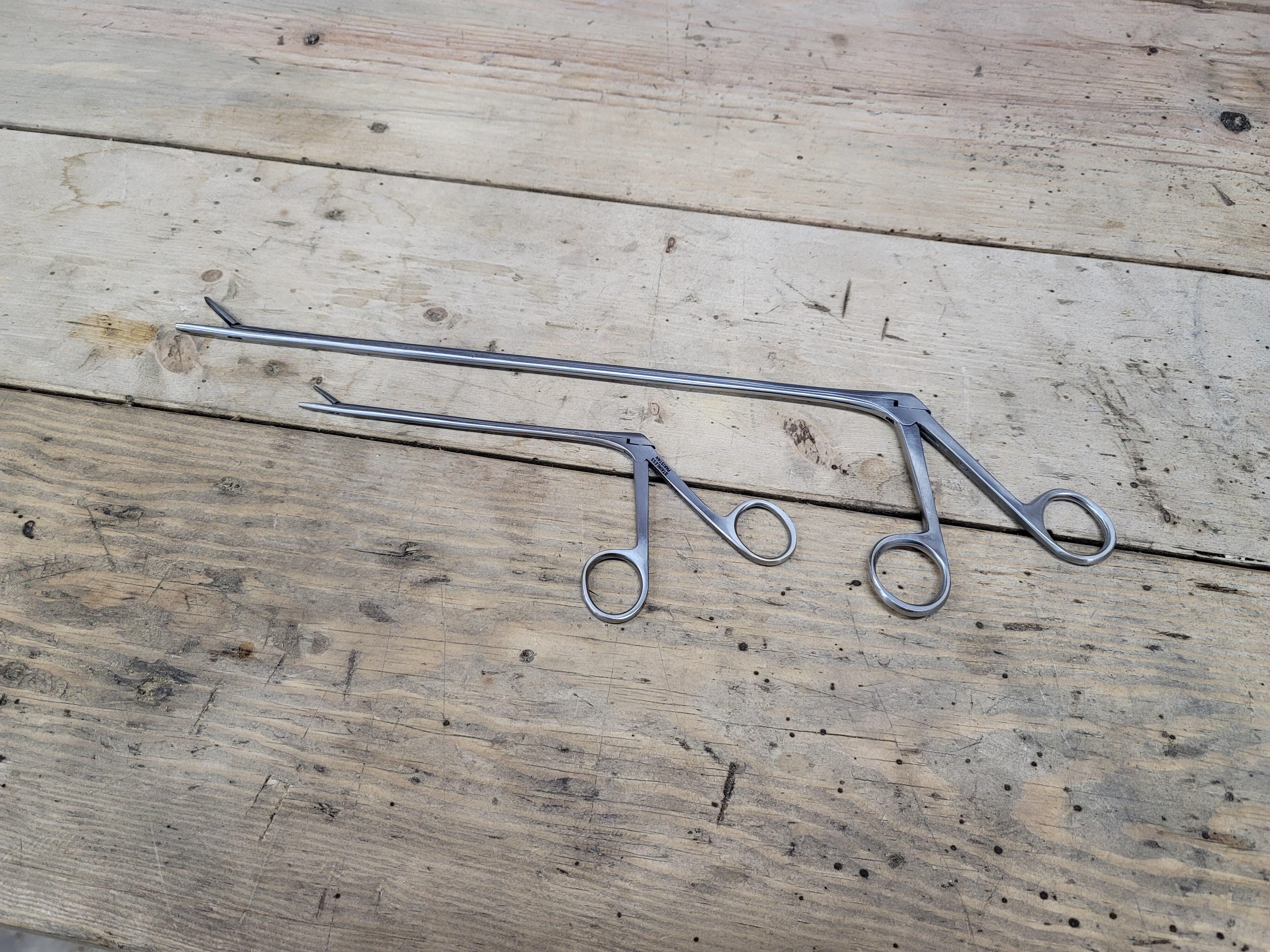 A 29-year-old G2P1 at 41 weeks was admitted for induction of labor.

She did not progress past 9cm, the baby was in OP position, multiple attempts made to rotate the baby.

At 5 days overdue I was trying everything to get this little lady to come out! In the end, I think sex ended up triggering it as I started having contractions right away after doing the deed one night. These contractions were mild, around 15-20 mins apart for about 18 hours thereafter, and I wasn’t sure if they were even going to develop into anything. I spent that day going for walks in the woods and living my day as normal. I also had my bloody show across the day and mucous plug loss.

At about 9pm the contractions started getting more uncomfortable and I noticed I was struggling to sit or lie down much.

The next six hours I laboured at home and things intensified. I was experiencing the contractions much more regularly (under 5 mins apart) and a lot of pain in my lower back unfortunately. I kept hopping between bath and shower, trying to work through them. I was not able to sit or lie down whatsoever as the pain was shocking when I wasn’t up and mobile.

At 3am my partner was packing the car as I started to experience things like some vomiting and shaking. I still felt hesitant to go to the hospital- I thought I might only be a little dilated and they could send me home which would stall my progress. The contractions continued to get pretty intense and only 2-3 mins apart so I agreed to go in.

On arrival to the birth suite at 4am the midwife explained they might need to send me home (to my horror) as I’m likely just early on yet. But then a cervical examination revealed a head sitting very low (yay!) and I was 8cm dilated already!!! She told me I’m not going anywhere and I was admitted straight away. I was so happy and relieved of how much progress I’d been able to make from home and that it wasn’t going to get TOO much worse than it had been!!

After a shower and sterile water injections (to reduce the back pain) I opted for an epidural- I didn’t think I’d be able to make it through transition and pushing without. I was pretty exhausted by this point.

The epidural was fine. At first I could still feel quite a bit of pain on my right side but that evened out with positioning. After a while I felt nothing. I could still move both my legs but they were numb. The only complication was that I experienced a big drop in blood pressure which also resulted in babies heart rate dropping. With IV fluids this corrected and I had extra monitoring from this point on. The epidural was awesome because I could finally have some downtime to rest a bit and menta

👍︎ 50
📰︎ r/BabyBumps
💬︎
👤︎ u/shindig430
🚨︎ report
Complete Tenkara Tie using only forceps and finishing with the tokkuri. reddit.com/gallery/l37ega
👍︎ 30
📰︎ r/Tenkara
💬︎
👤︎ u/4DrivingWhileBlack
🚨︎ report
Wtf is he??? Just noticed him chilling in my aquarium when I went to feed my tetras. Poked him with forceps and he can swim. reddit.com/gallery/kbr4as
👍︎ 72
📰︎ r/Aquariums
💬︎
👤︎ u/submechano
🚨︎ report
Blue Haze “tweedling” Twin Seedlings from One Seed. What a totally weird thing. The shell was constricting one of the twins and I freed it with some precision forcep squeezing. Bot Tweedlings are severely stunted to their sisters. At this point, it’s for science! reddit.com/r/420homegrowe…
👍︎ 2
📰︎ r/GrowingMarijuana
💬︎
👤︎ u/justanotheredshirt
🚨︎ report
Upper jaw disimpaction forceps. Used to mobilize a fractured upper jaw by inserting one end into the nose and other in the mouth. During trauma surgery or jaw correction with deliberate fracture as part of treatment. 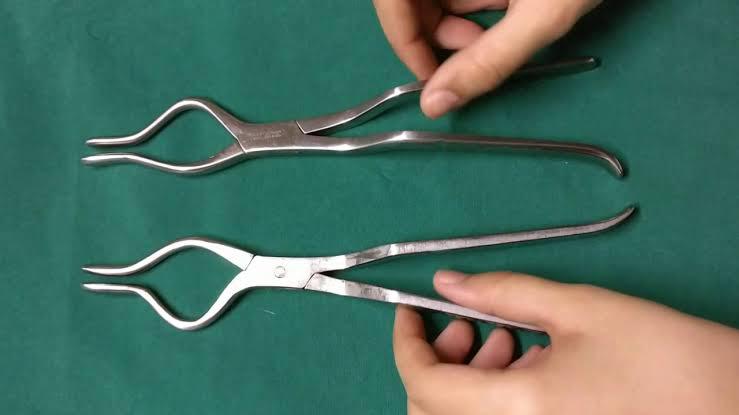 👍︎ 170
📰︎ r/specializedtools
💬︎
👤︎ u/f1xj4ws
🚨︎ report
Civil War Surgeon's Kit - What is the name of the missing item above the saw? (Possibly some type of forcep?) - This was left to me by my late Grandfather. reddit.com/gallery/j6dcah
👍︎ 321
📰︎ r/whatisthisthing
💬︎
👤︎ u/TangyTickles
🚨︎ report
Birth story, induction and avoided emergency c-section with forceps 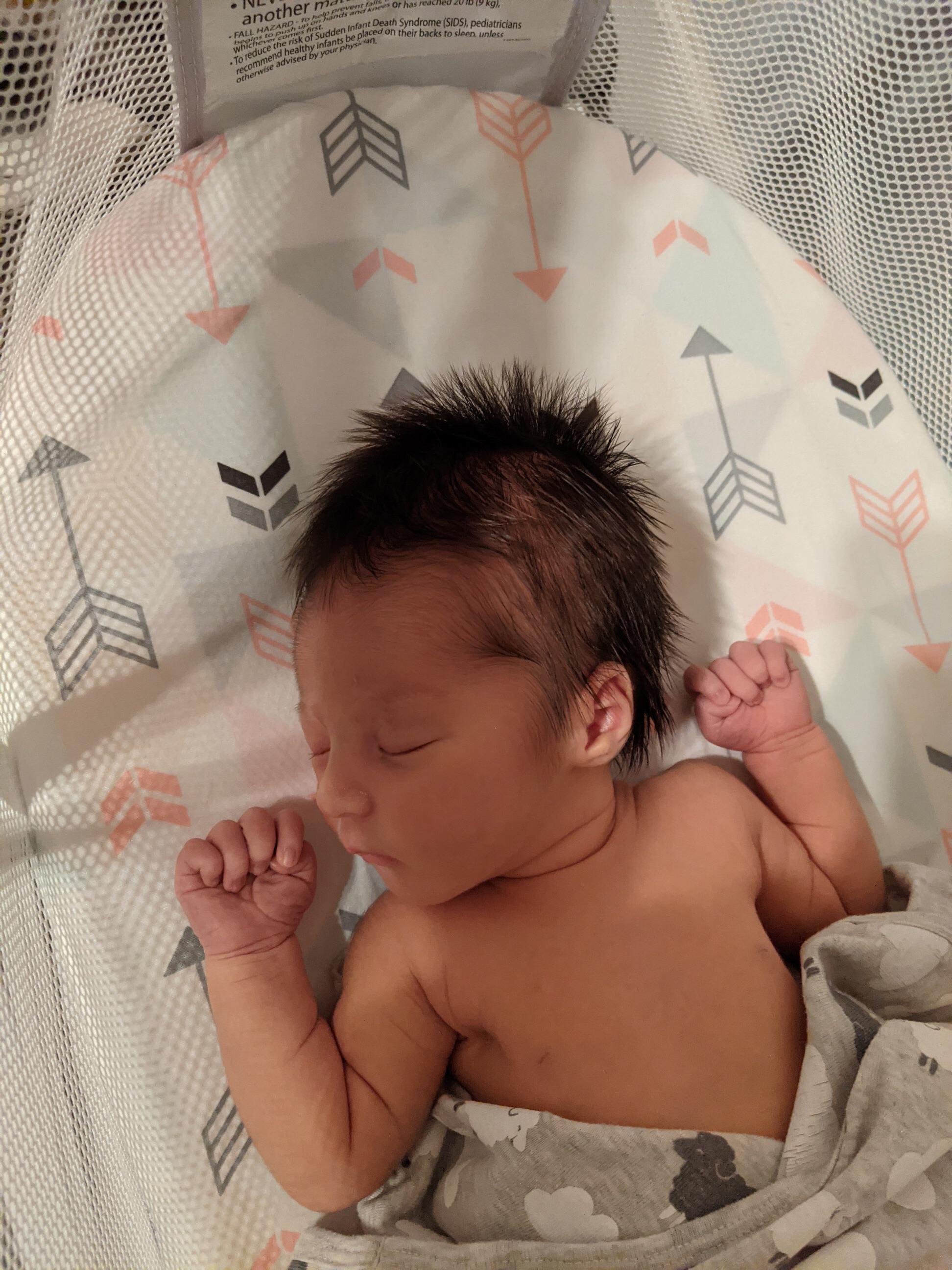 We went in on September 29th at 7:30pm to start the induction process, at this point I was 40+4. We got checked in and we started the process with a Miso pill being dissolved in my cheek. I napped for a bit. 4 hours later I was not very dialated, so one more pill to dissolve and the insertion of a foley bulb, I was given pain meds in my IV for the insertion. At this point I decided to take a bath to relax a bit. In the bath the contractions became really strong so I got out, dried off, and put the gown on that I brought with me. We moved back out to the main room and the contractions kept coming one after the other with maybe a 15 second break. We called the Doula to come, around 3:30am. A few minutes later I asked for an epidural because I couldn’t handle the pain and didn’t care about walking around anymore. The doula arrived shortly before I got my epidural and ended up being a big help as an extra support person. I got the epidural, felt like a pinch, and I then was put on one side with a “peanut” between my legs to allow it to kick in and further dialate me. We took the foley bulb out at some point around this time and started me on pitocin and I was told I was dialated around a 6...more about this later. At some point a Dr also came in and broke my water and said the baby had pooped, so I would be limited on how long I could labor. At around 8am there was a shift change and my OB came by to check on me. I had not made much progress, which confused me since it had been hours and I had made such quick progress earlier. I kept having to be rotated from side to side because the leg I was laying on would get so numb I couldn’t feel it and the top leg would start to feel pain. Eventually around 12, when I was told I was still at a 6, the nurse came clean and said the nurse on the previous shift was “off” and I was only at a 4 or so when she said I was at a 6....this was so hard to hear, I wish the would have told me in the morning so I could reset my expectations. After a few hours of still feeling pain, telling my husband they were starving me, and being convinced I was going to poop myself, at around 3:30pm I was told I was dialated enough to start pushing, Thank God! Pushing was confusing, she wanted me to relax, hold my breath, and push in an area I couldn’t feel because of the meds. After about 30 mins, baby started having decels and spiking a temperature and I started to spike a temperature. The nurse called my OB to come over to the room and it

Hello all! I have wanted to write this for a while, because I found these helpful- like a light at the end of the tunnel. But my birth was a little on the traumatic side, so I haven't been able to write about it. However, I figured there would be some catharsis to doing so, so here we go.

On the Friday night (which marked my 41weeks pregnant), I felt horrible. Cramping, nausea, sweating, pain. I took some Gravol (which is a Canadian anti-nauseant that is approved for pregnancy) and Tylenol, stood outside in 5 degree Celcius weather for an hour in a t-shirt, and then had a great sleep once the drugs kicked in. I woke up and all labour signs seemed to have disappeared. I was told by my midwife that one of the few ways to spur labour was pelvic instability- side lunges, walking up stairs sideways, or walking with one foot on a curb and one foot on the road. At 11am, I got dressed and took the dogs for a walk, but I "curb walked". Two blocks from my house, my water broke, but not in the traditional massive gush, but a strong stream. Then it stopped and I thought, "Maybe I peed myself?" and then I had another and another. I went home, called my midwife. She wondered if it was simply discharge, but thought we should check and planned to meet at her office at 4pm.

From 11am to 4pm, I was in labour. I ate lunch, drank tea and watched television, then I confirmed our hospital bag. My midwife told me at 4pm that not only had my water broke, but I was 4-5cm dilated and I was having a baby. About 1.5 hours later, I was in my hospital room, with an epidural and about 6-7cm dilated. I progressed well naturally and was fully dilated by 11:30pm. Here's where things get harder.

I started pushing and the epidural was starting to wear off a bit. I have two bulging discs in my back, and I was starting to feel them. I took some extra pumps on the epidural, which increases the freezing. I stayed really physically strong over my pregnancy with exercise, so I was pushing well, he was moving along. And then the angle of his head changed and he got stuck. I ended up pushing for over 4 hours. Mid way, around 2am, I called my mom and said that I couldn't do this anymore- I was so tired and in so much pain. It helped so much hearing her voice. My husband was so supportive, but also somewhat at a loss. It is very hard I imagine to see your person in that situation. My midwife was amazing. At some point during that time, the OB came in to try to move his head. He couldn't and told 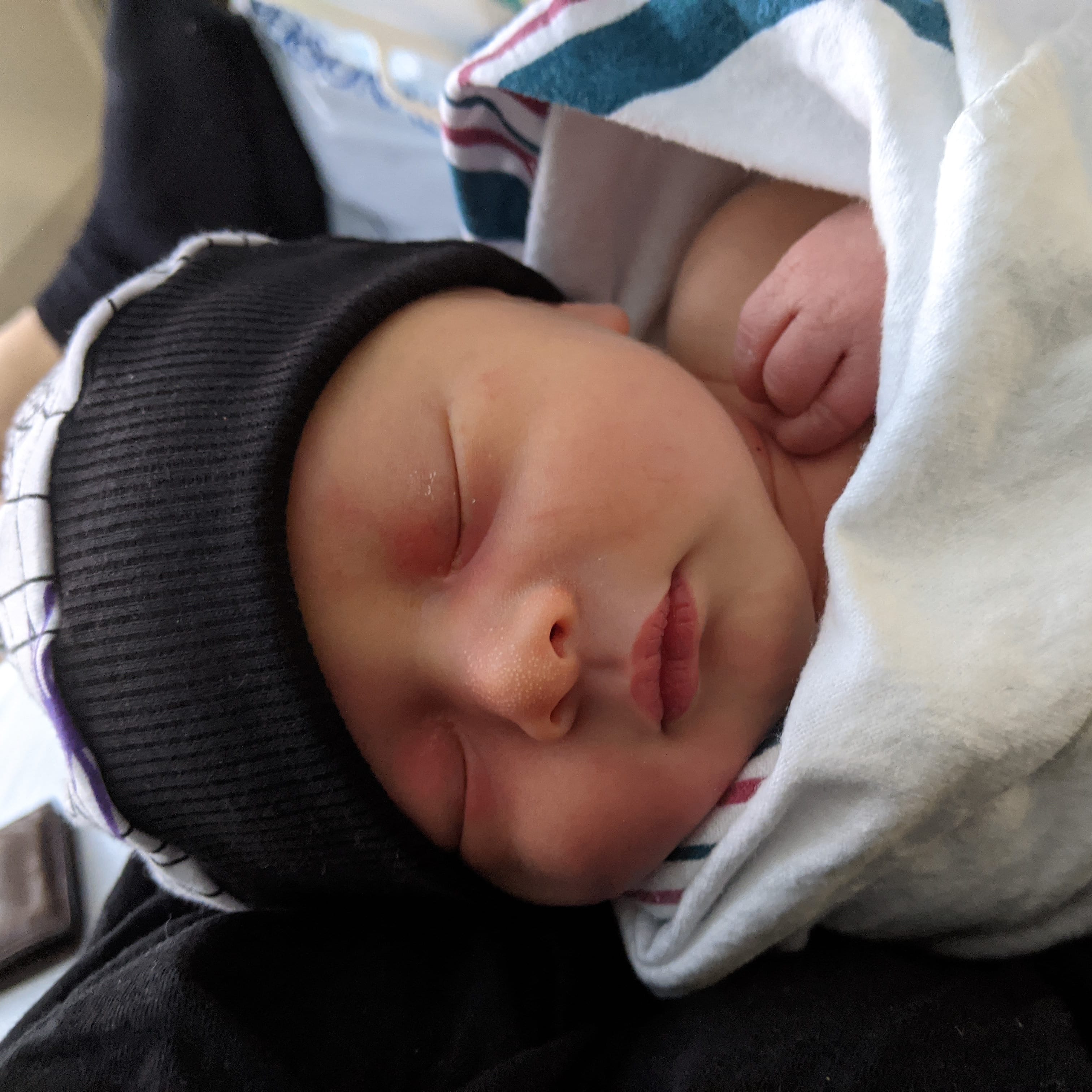 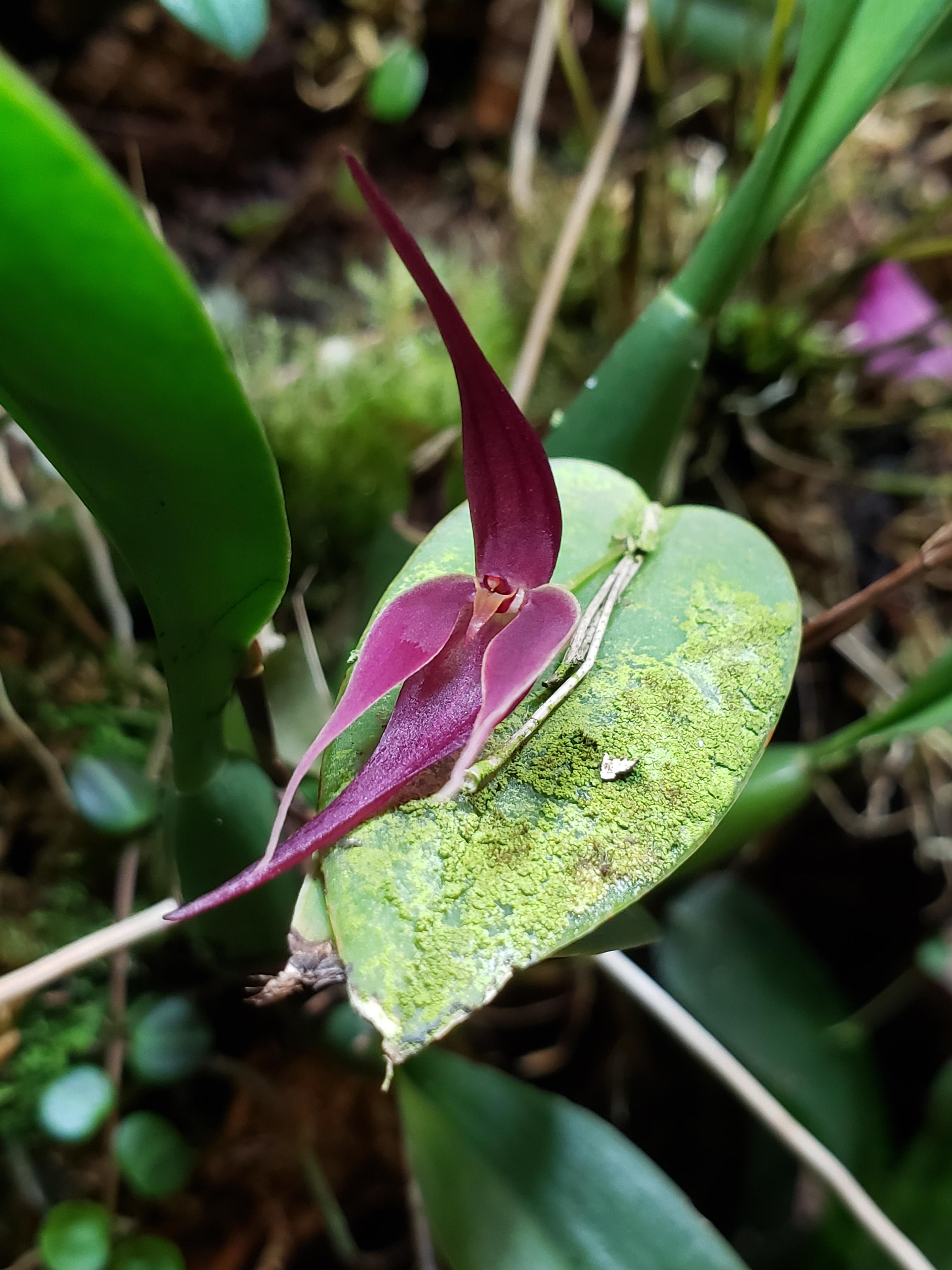 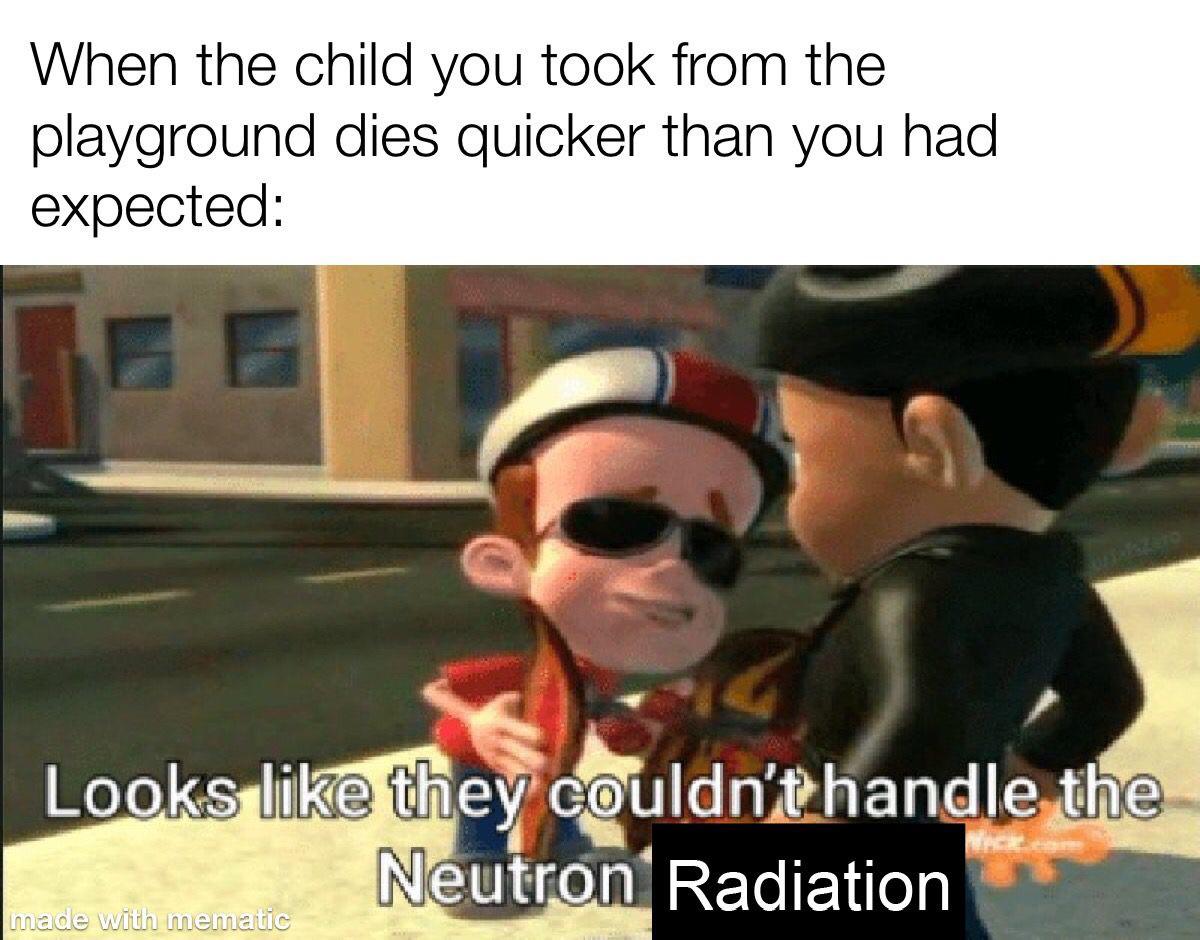 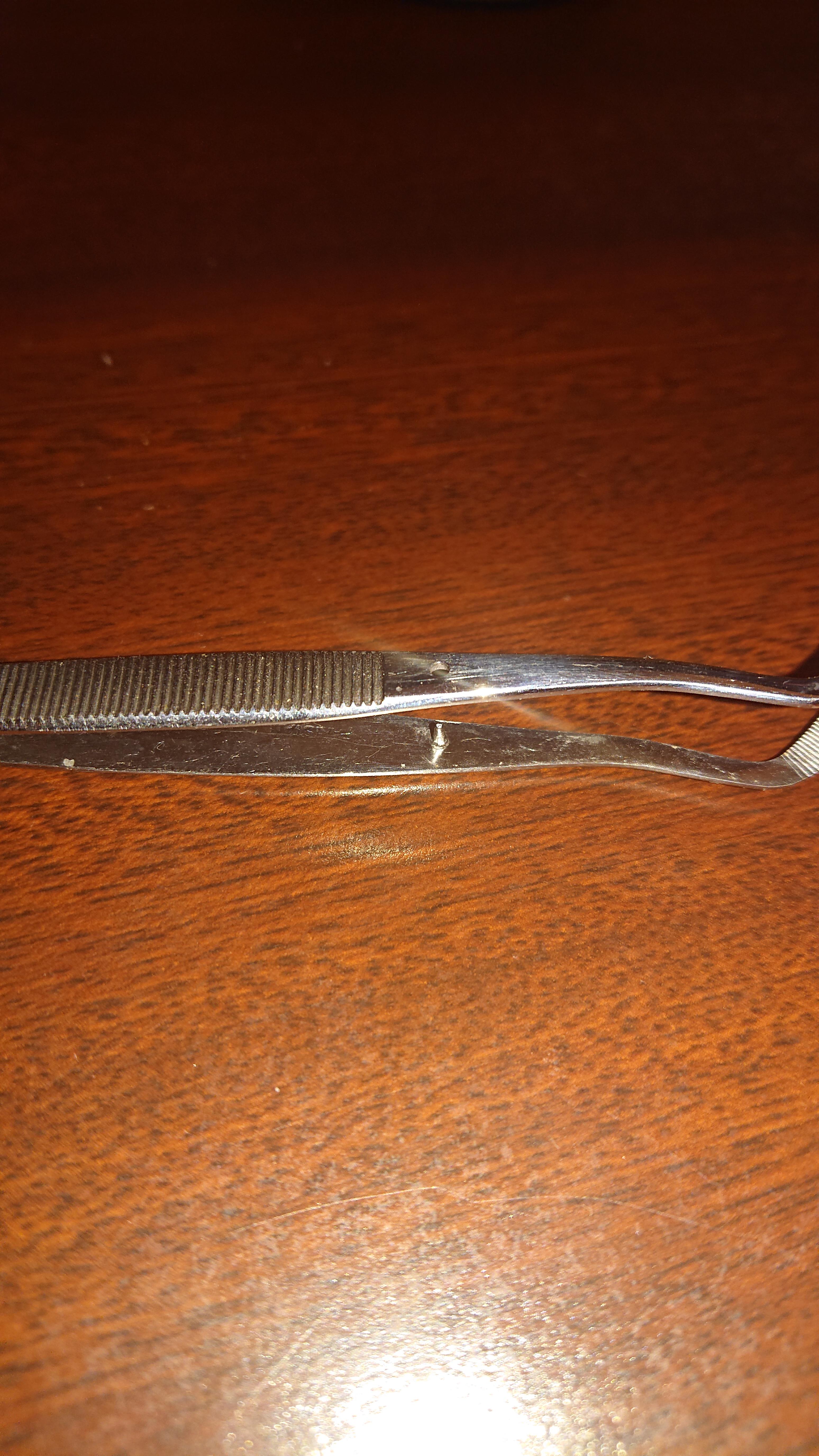 This may be a dumb question, but I’m a FTM and want to be informed on possible labor and delivery outcomes.

Is there a benefit to using forceps or a vacuum over a c-section? I haven’t really found much on the interwebs.

If you had a forcep- or vacuum-assisted delivery, was there a reason you chose it over a c-section?

👍︎ 2
📰︎ r/pregnant
💬︎
👤︎ u/cgdcgd
🚨︎ report
3D Printed Forceps for Testing Rig Project. v.redd.it/50xlllnb28w51
👍︎ 35
📰︎ r/functionalprint
💬︎
👤︎ u/A_Rogers123
🚨︎ report
My best flower/mandala yet, so happy with it, but still I can tell I'm doing something wrong cos y'alls look way better... any tips? Used forceps, I feel like I always get bleeding, at least one corner that has double peaks, and lines that should be white but aren't always. 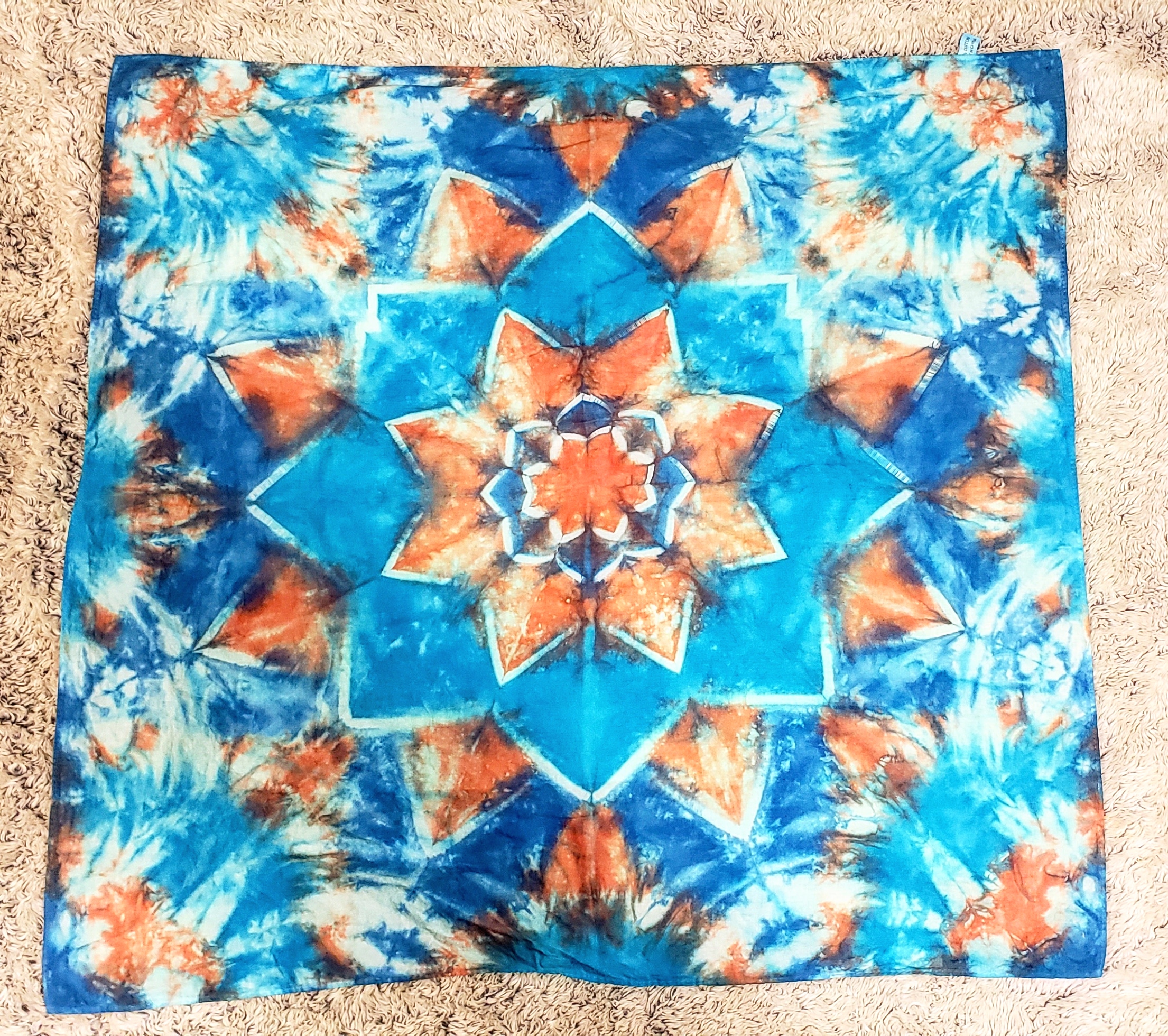