[GEAR][NGD] Went through a lot of guitars to realize that I really am just a boring Strat guy. Fender Professional II Strat!

Bought and sold a ton of guitars throughout the last year and a half, including multiple Gibson LPs, PRSs, a Gretsch, a number of different Strats and tried out a ton of other stuff extensively at stores, trying to find what I really liked best and I just kept coming to back to the Fender Stratocaster.

I think I'm finally ready to call it with this one (that's what they always say) as it's a straightforwars Strat with everything I could want and more. The addition of the push/push knob that adds the neck pickup to whatever position you're on, giving you 2 extra positions is awesome, and the whole guitar just sounds and plays great!

I'm glad I got to try out all the guitars I did, especially since I was jumping on deals and making a bit of money off of most of them, but hopefully I've found the one I'll settle with! 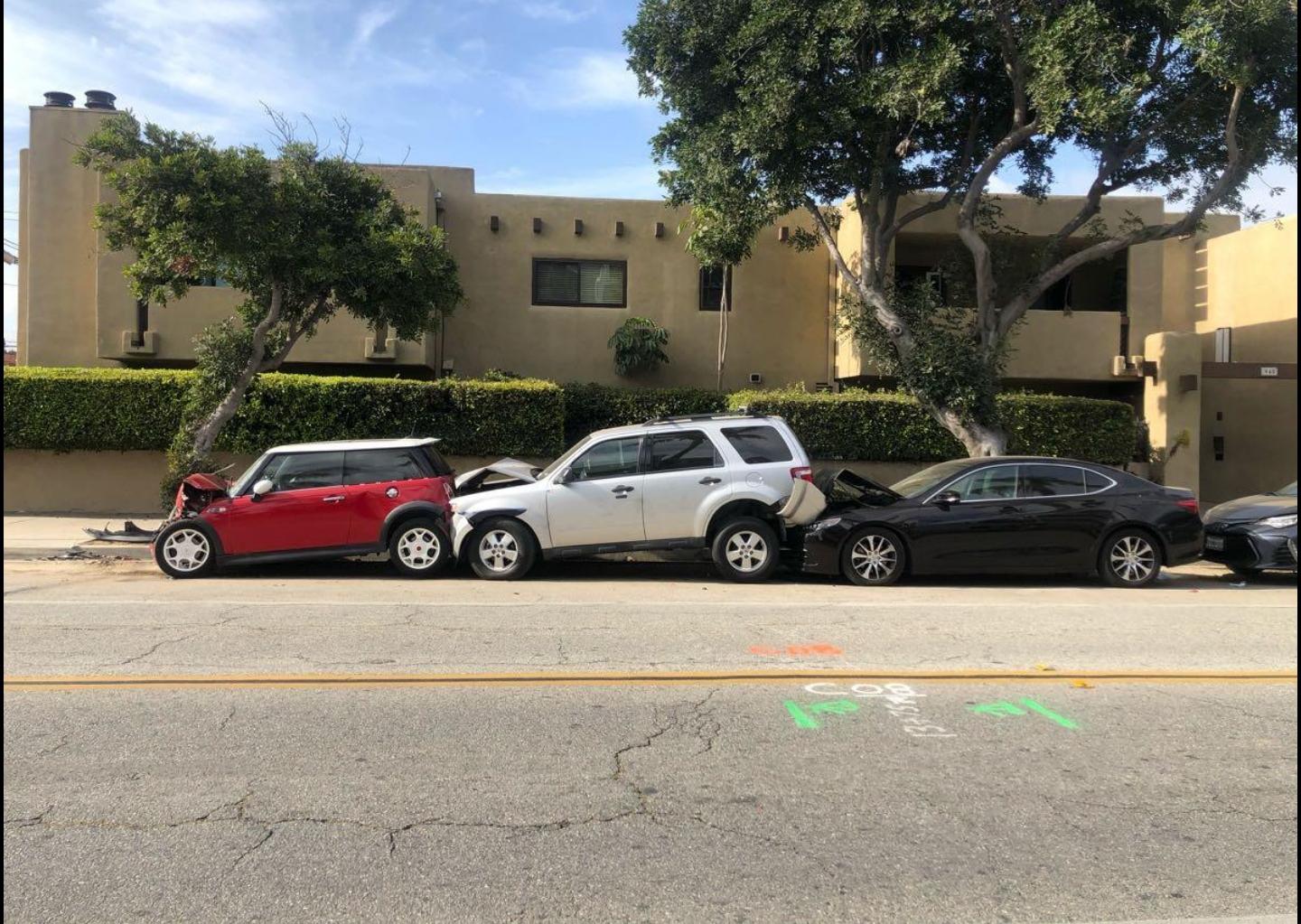 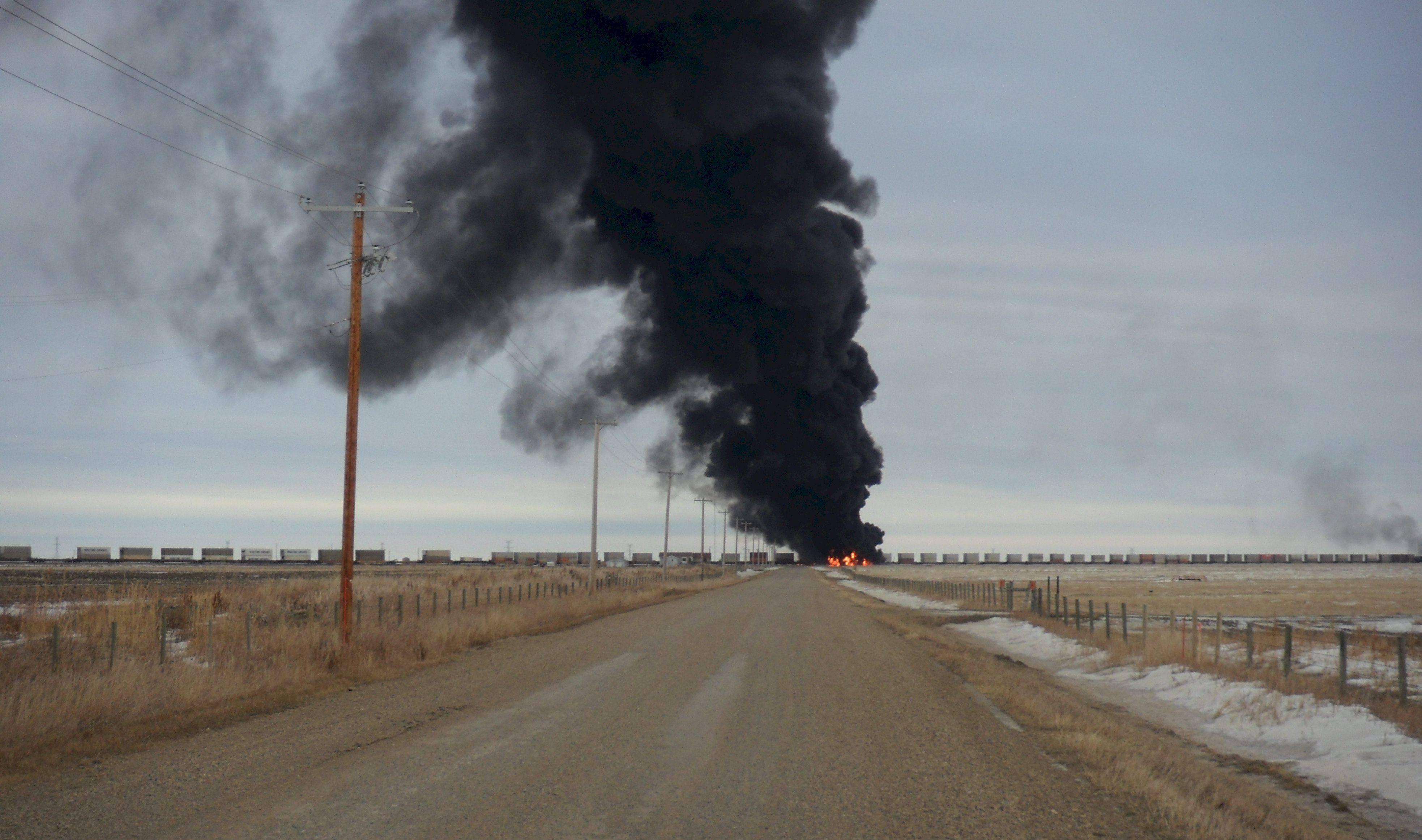 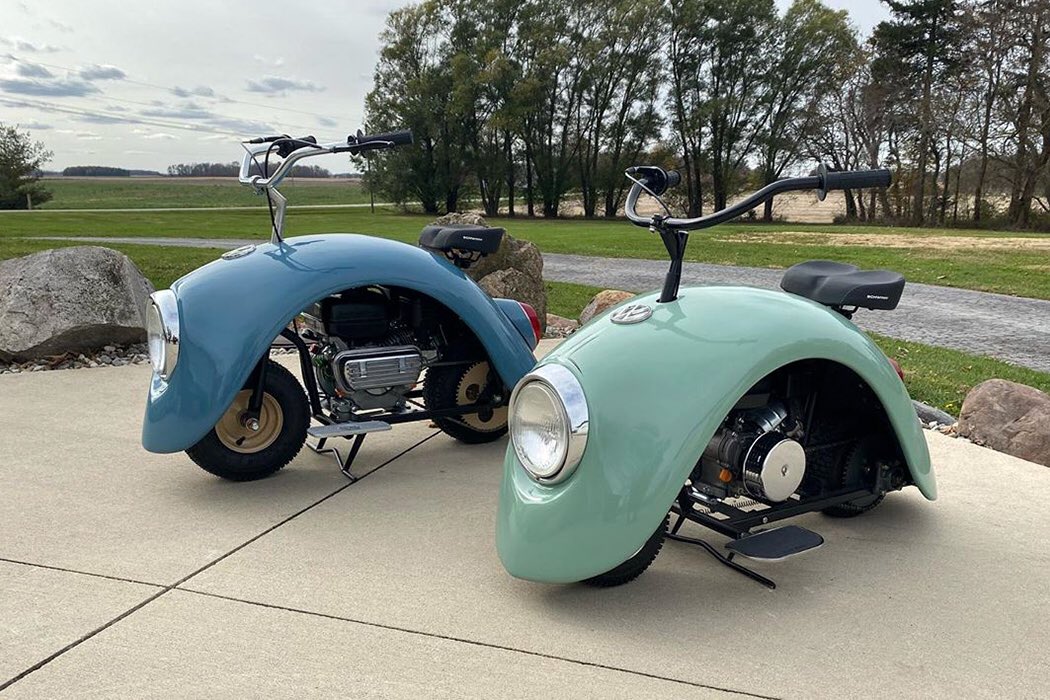 👍︎ 2k
📰︎ r/pics
💬︎
👤︎ u/behindOverboil28
🚨︎ report
NGD for my Grandpa! I gifted him a Fender American Original 60’s Jazzmaster with the same specs/finish as the one he loved in college but had to use as payment when his friend crashed his car and he didn’t have insurance. He said he never stopped thinking about that guitar and now it’s his.

Disclaimer: I just found out FMS was a thing today. I'm a little excited and hopefully you will understand why.

Story time, TL;DR at the end.

Way back when, in the long ago time of 1999, I was approaching my 18th birthday and wanted to buy myself something nice for the occasion. I'd been playing for a few years, and had a few acoustics and electrics (I paid retail for a Jag-Stang new off the rack, another one I shouldn't have parted with), and very badly wanted an American Standard Strat like the guitar gods I'd been raised on played. Off to the store I go.

Local small-town shop had a surprisingly large selection, and I spent a good part of an afternoon playing stratocasters. I eventually pared them down to The One, gave the man behind the counter $999 + tax (inflation, man) and home with me it went. While the occasion provided built-in sentimental value from day one, I never considered the instrument itself anything special to anyone but myself. There are many like it, but this One is mine.

Or so I thought. On both counts.

Fast forward two weddings and a divorce, and life found financial excuses for me to part with my beloved, whom I'd owned over a decade at the time. Not a happy memory but I tempered it with the thought, "One day I'll get another one just like it."

Hmmm... Now there's the thing. That didn't turn out to be as easy as I'd assumed it would be. I could get close, but it just wasn't the right guitar. You see, eighteen year-old me went and bought a fucking unicorn. An Inca Silver, Hardtail-with-a-maple-fretboard unicorn.

A Robert Cray signature model is NOT my guitar, it has a rosewood fretboard and Robert Cray's name on it. An Inca Silver Strat with a tremolo bridge is NOT my guitar. Ebay, Reverb, everywhere I look is NOT my guitar. And I do look, like a jilted ex stalking social media. I found one once, on a craiglist post several states away that was 18 months out of date at the time, and I didn't have two grand to part with if it wasn't.

I still search, but honestly I'd given up.

I am a fairly skilled classical guitarist that wants to get into blues/jazz. I've been burnt as a kid by buying a cheap electric guitar in a bundle, so I want to get something good that will last me for years. I don't want to get a traditional jazz hollow body, as I want something versatile. I'm leaning towards a Stratocaster at the moment.

👍︎ 634
📰︎ r/Guitar
💬︎
👤︎ u/lvledved
🚨︎ report
Fender 1966 Champ amp(i think). A buddy at my dads job a while back who didnt know anything about it was gonna throw it out cuz it needs a little work. I took it to somebody and they said it was a wax issue and it would cost like 300 to fix. Does anybody know anything about it? Thanks!

Feeling a bit like I won the lottery... I went into town earlier in the week after the covid restrictions were lifted in the UK and unfortunately my local guitar shop is closing down due to the owner retiring, and he had a couple of guitars still unsold from last year. This was listed for £2000 but they let me buy it for £600! It is in amazing condition for the year and it feels fantastic to play, and sounds incredible. I can't believe it! 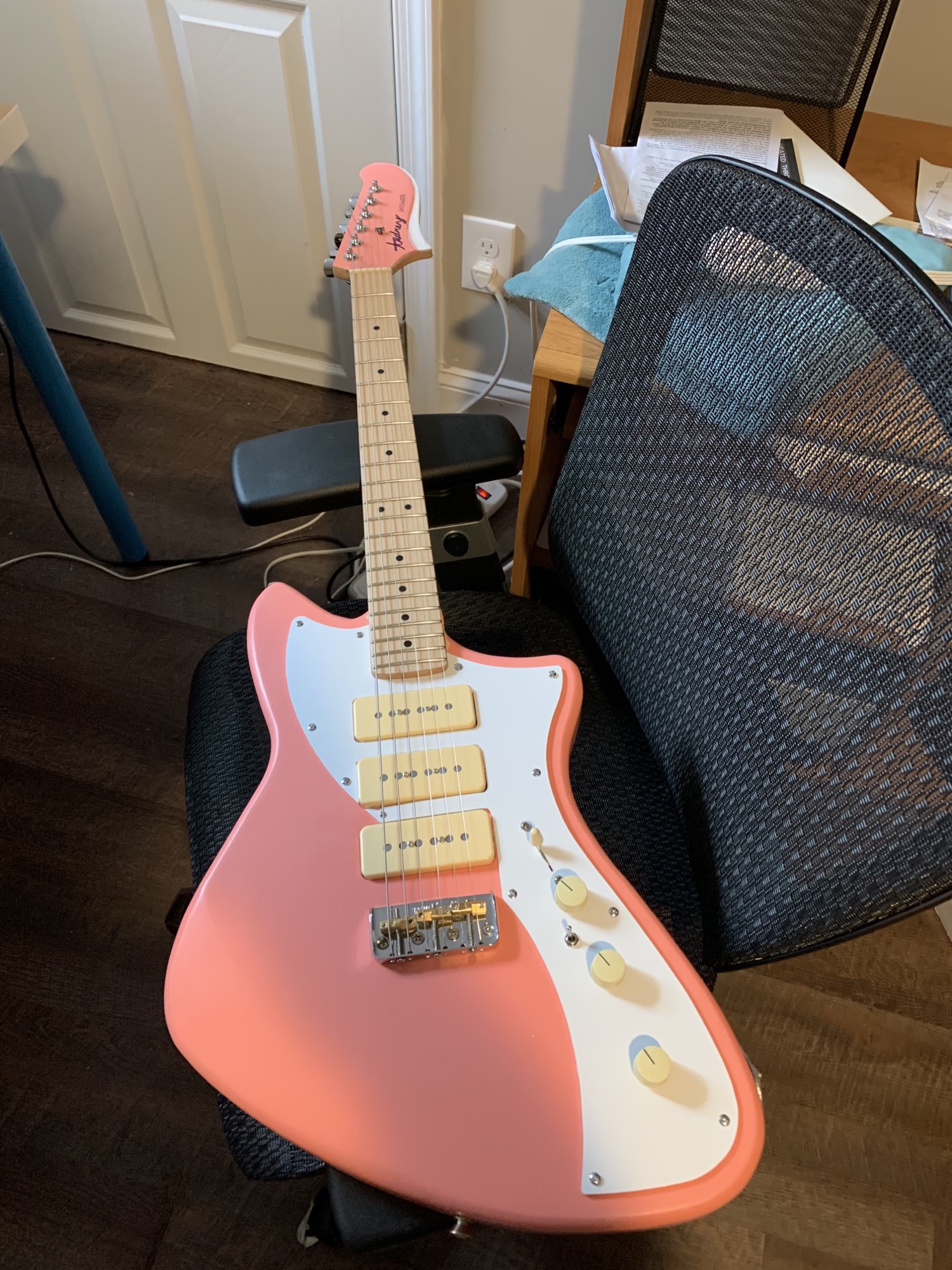 Got my new strat in today after months of waiting for the pre order. Gorgeous piece, but not really a fan of black dot inlays.

👍︎ 407
📰︎ r/Guitar
💬︎
👤︎ u/RiffAlot
🚨︎ report
Update! I’m not winning any awards, but for a first time welder and zero material cost, I had no fender and now I do!

👍︎ 296
📰︎ r/offset
💬︎
👤︎ u/grahammareemusic
🚨︎ report
It’s a bizarre feeling of regret and happiness when you leave your magnetic fender at home and take on trails you didn’t plan of exploring. 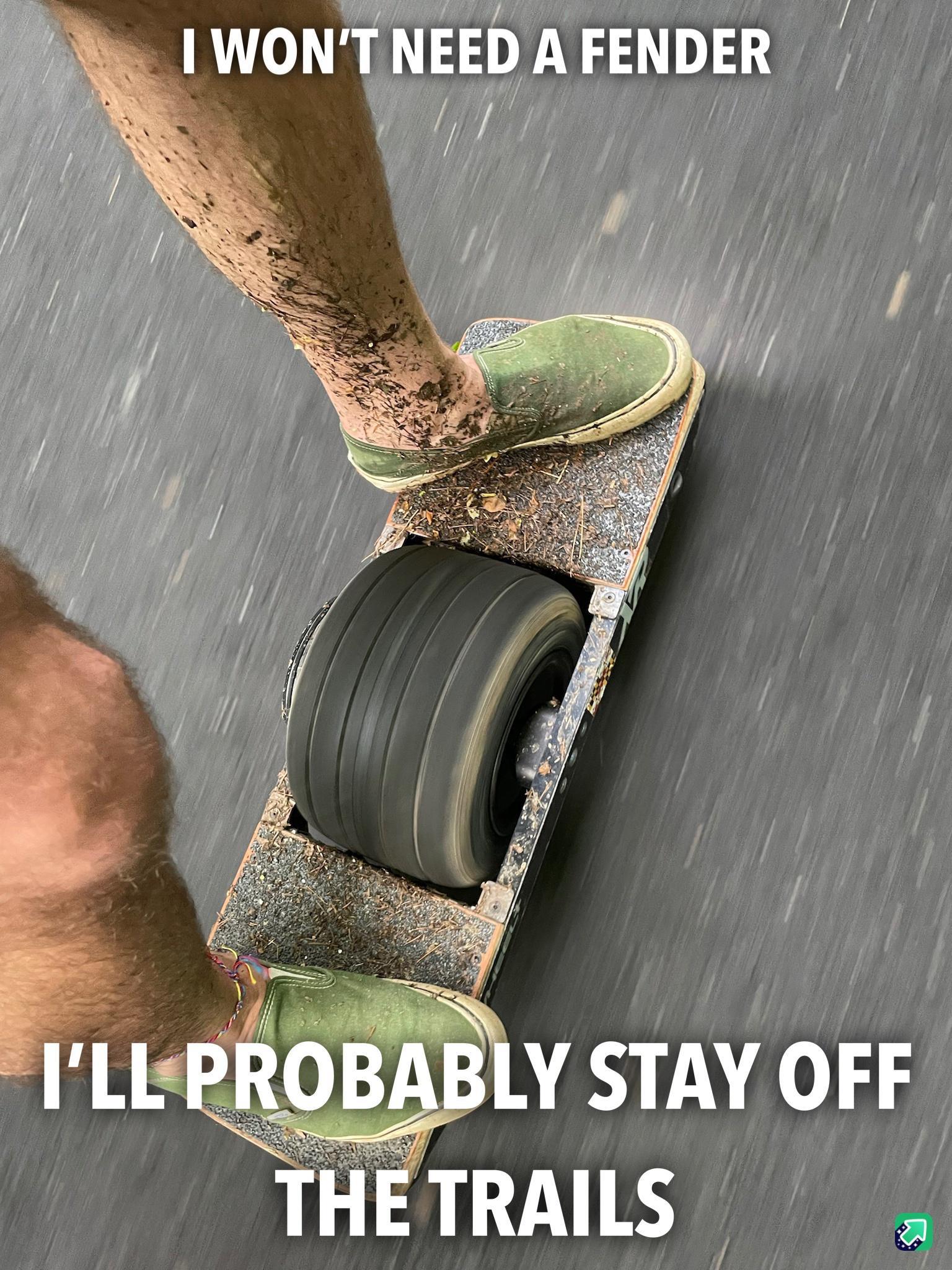 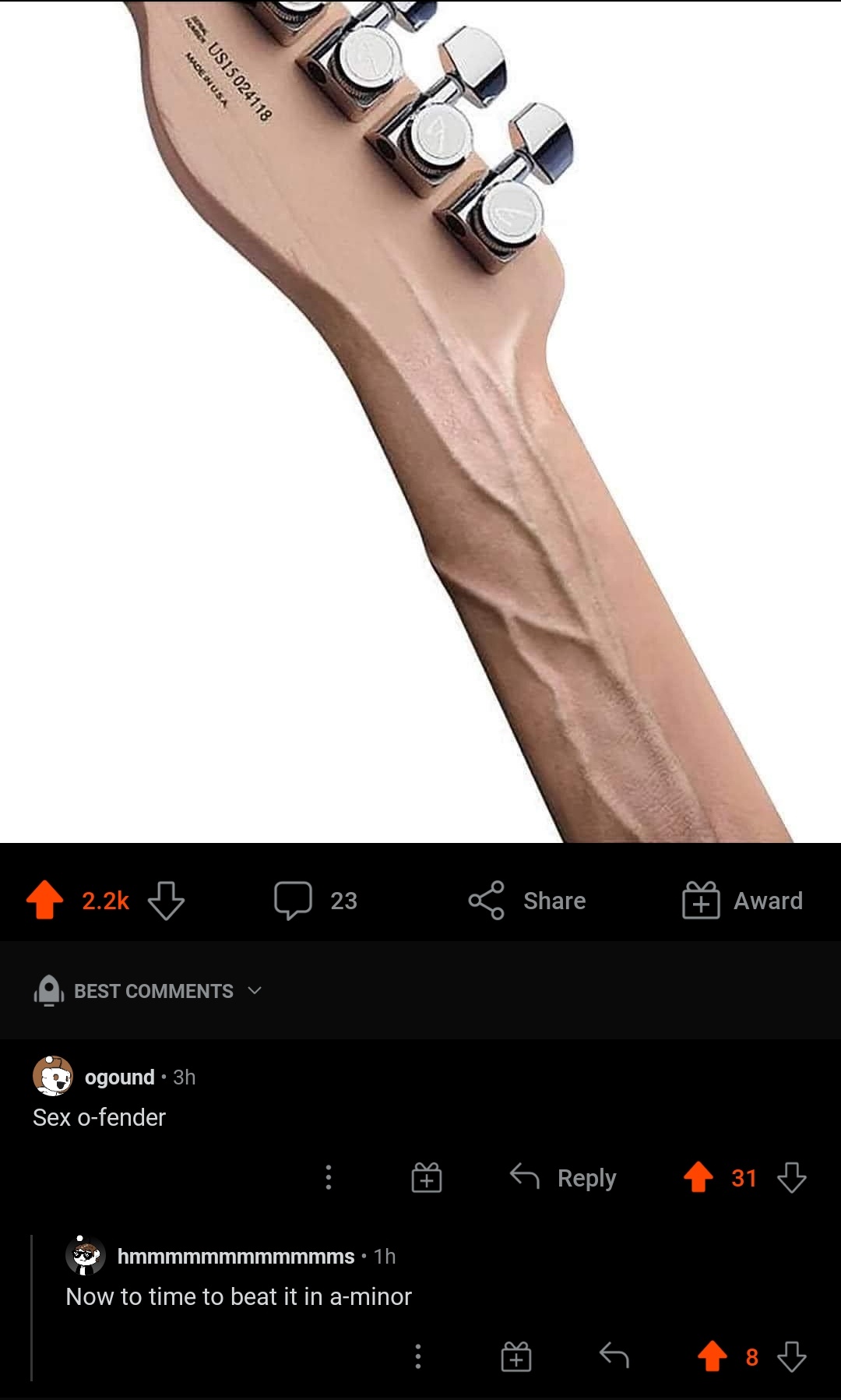 👍︎ 969
📰︎ r/cursedcomments
💬︎
👤︎ u/finskgal
🚨︎ report
Leftover vinyl wrap from my car... So we wrapped the tank on the bike fenders to follow!

👍︎ 246
📰︎ r/ebikes
💬︎
👤︎ u/jeffe177
🚨︎ report
An update for those of you following Fender's saga. Here is a picture of him yesterday at the hospital. While he isn't in the clear yet we have reason to believe our prayers are being heard. He is breathing on his own & goes in for another leg surgery today. More on IG @MayContainFender. 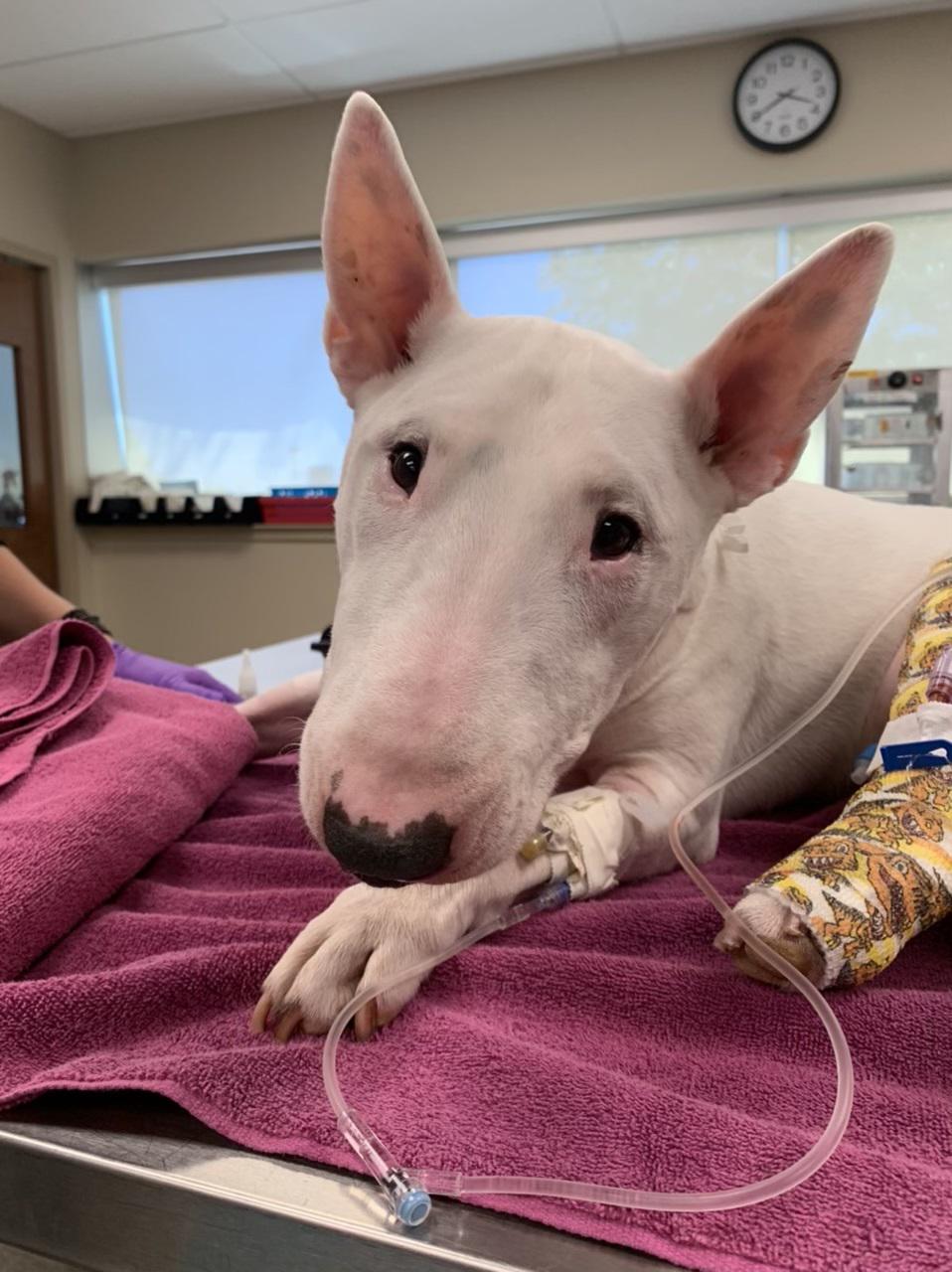 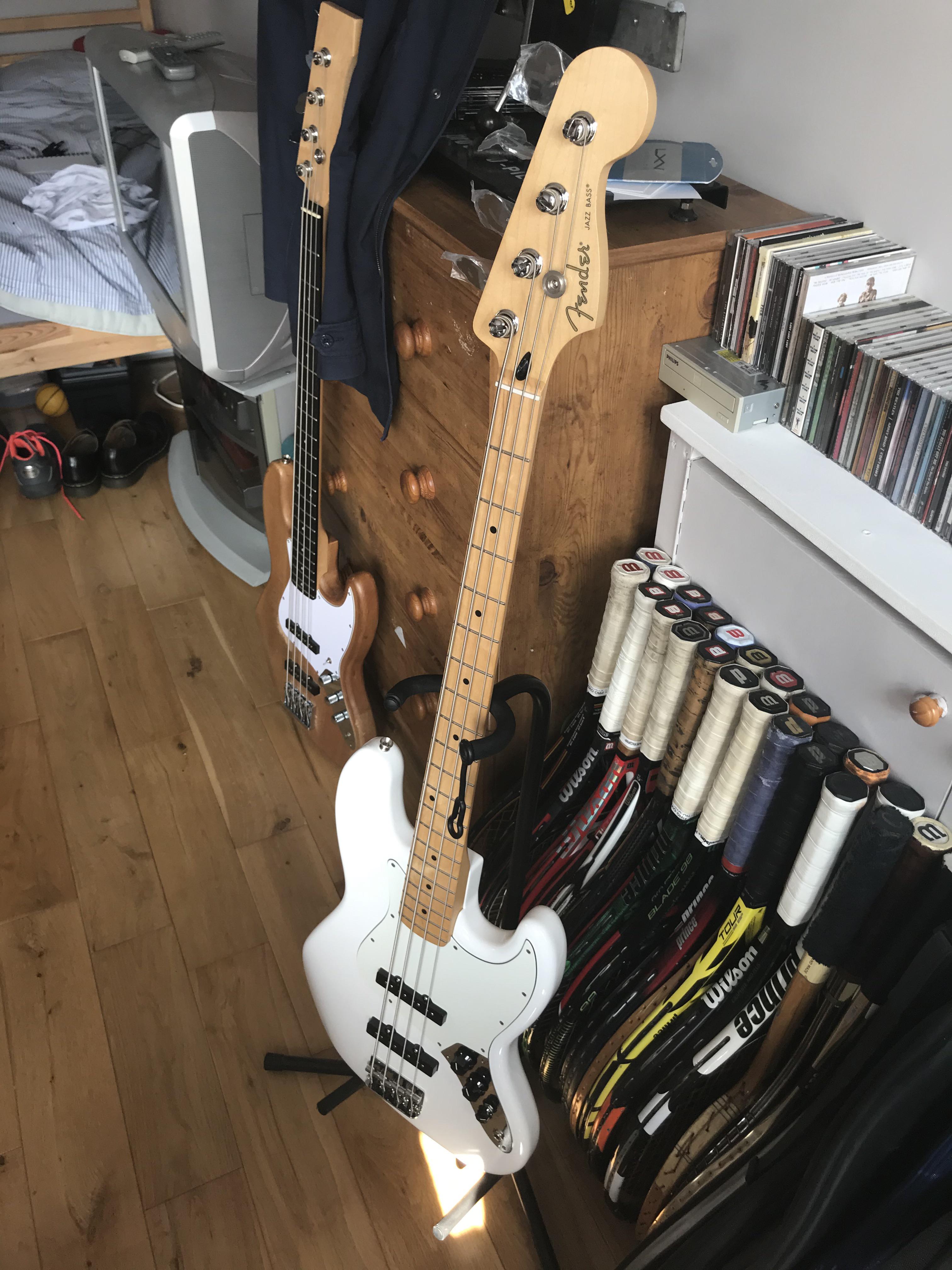 Next week is the Oscars, so no new episodes of Fox Animation Domination. Bob's Burgers returns with an all-new episode on May 2!

Episode summary: When Bob gets into a four-car fender bender right outside the restaurant, he realizes finding out who is at fault will not be as simple as he thought in the all-new "Some Kind of Fender Benderful" episode of BOB’S BURGERS airing Sunday, April 18 (9:00-9:30 PM ET/PT) on FOX. (BOB-1017) (TV-PG D, L)

For American viewers, if a friend or a family member has a cable subscription, you can login at www.fox.com/live to watch the episode live on your computer!

If you missed the live airing, episodes can be viewed the next day on FOXNOW or Hulu.

Be nice, respect others opinions, and have fun!

Check out the rest of FOX's Animation Domination at the following subreddits.

The Simpsons (Sundays at 8/7c)

👍︎ 30
📰︎ r/BobsBurgers
💬︎
👤︎ u/mcdonaldsmcdonalds
🚨︎ report
1964 blue Fender Mustang. My mom just gave my daughter my dad’s guitar. He passed away in 2011. She told her not to take it to school or sell it or trade it so it can stay in the family. I always wanted this guitar, so I’m glad my daughter has it. reddit.com/gallery/n2u4cy
👍︎ 382
📰︎ r/guitars
💬︎
👤︎ u/SylkoZakurra
🚨︎ report
Fender didn’t make a Pink Meteora with 3 P90s. So I did it myself 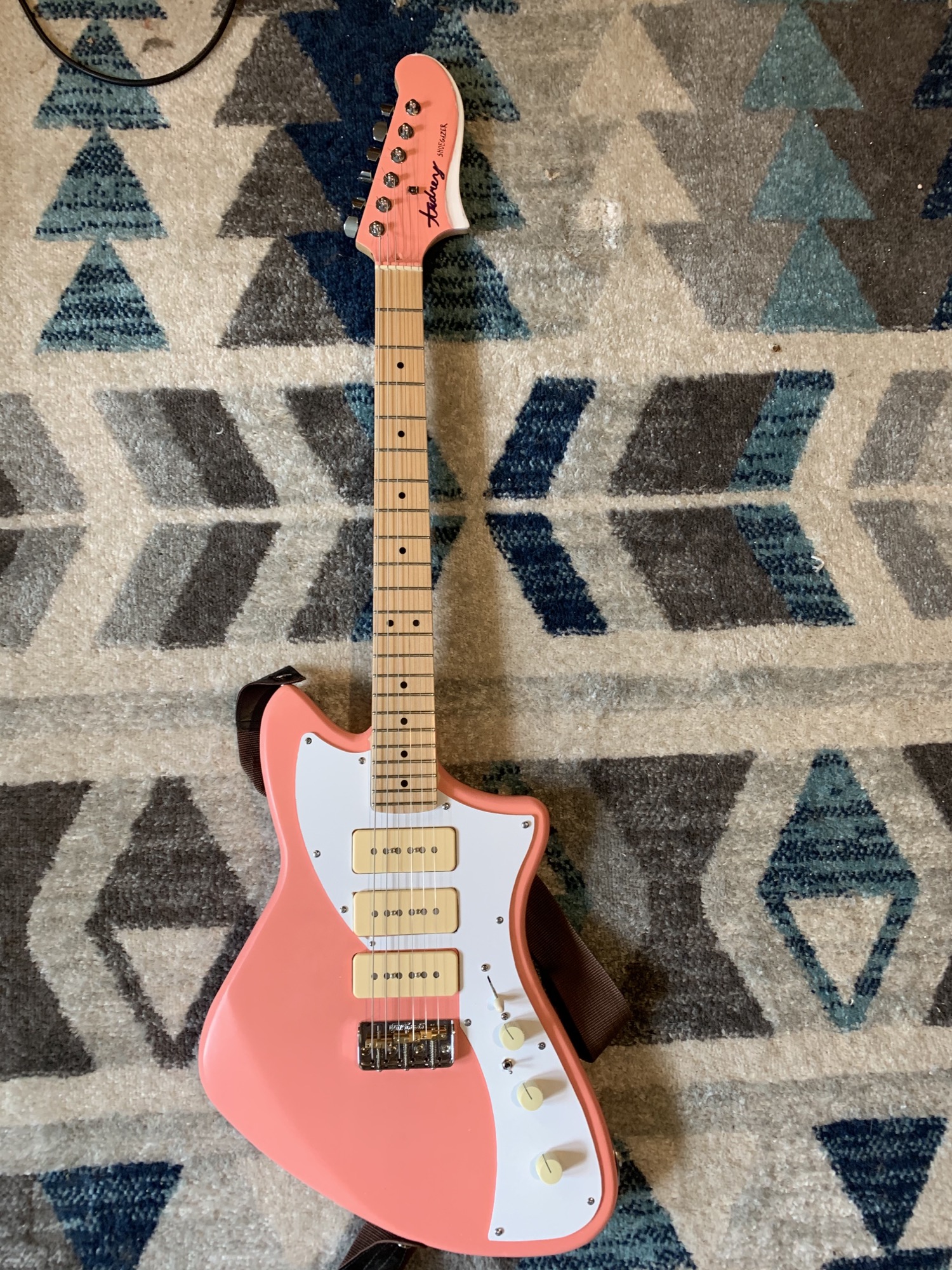 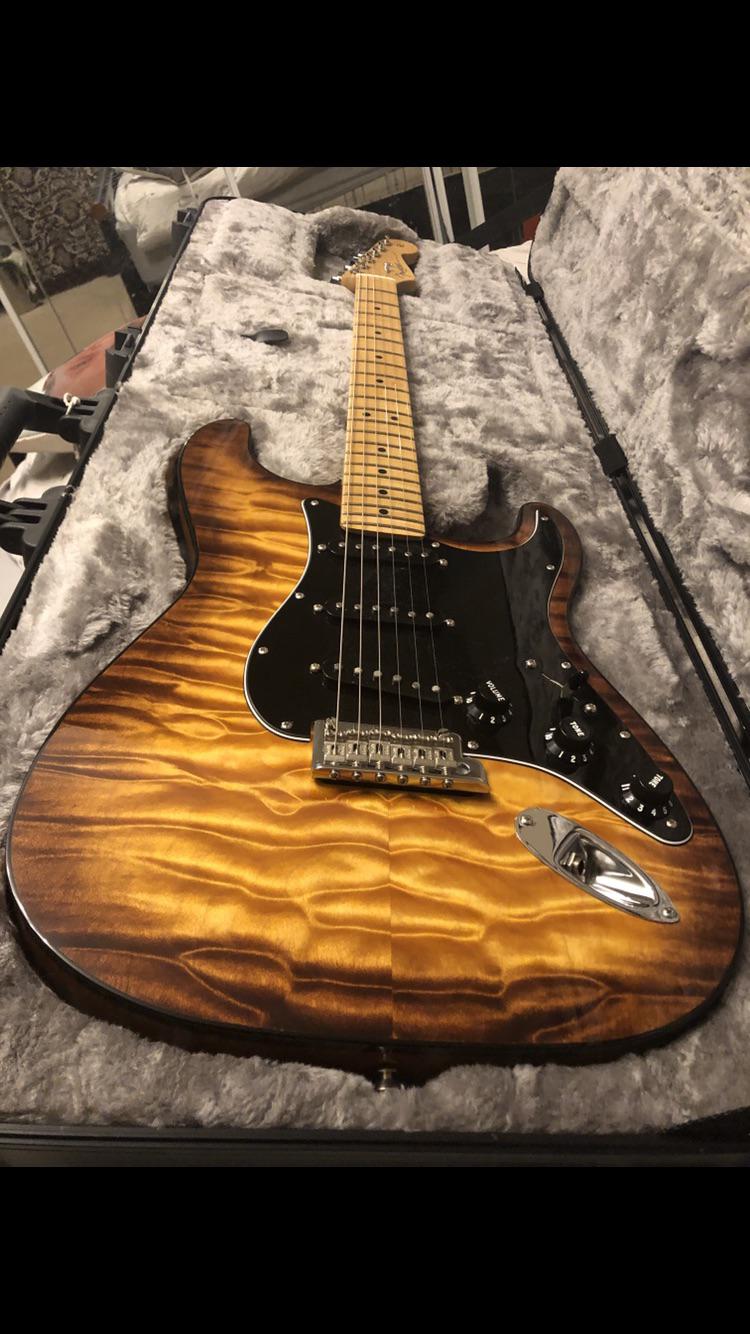 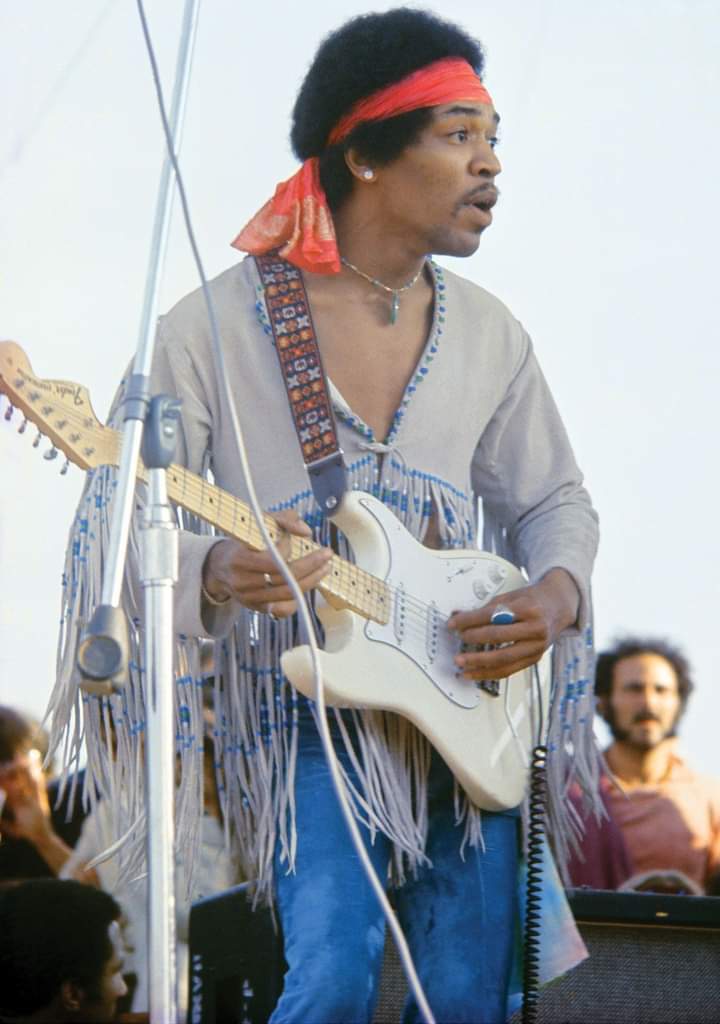 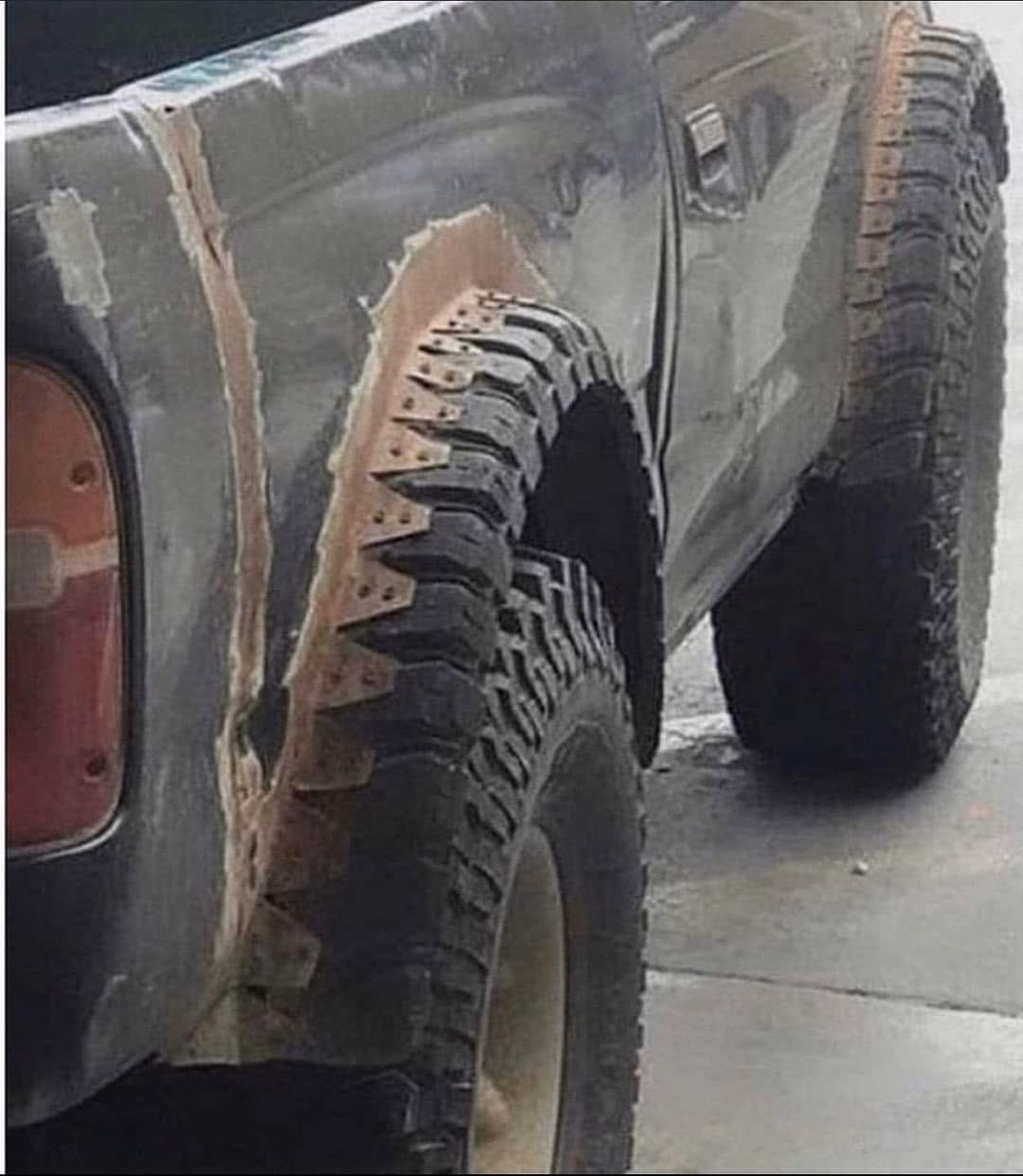 👍︎ 6k
📰︎ r/IdiotsInCars
💬︎
👤︎ u/shankliest
🚨︎ report
Put color-shift paint on my fender- can’t wait to see how it looks in the sun! v.redd.it/u10w51lxppx61
👍︎ 160
📰︎ r/onewheel
💬︎
👤︎ u/pandicorn22
🚨︎ report
Got some shots of the NA while out today ! Looking into getting a front lip and possibly rolling the fenders! 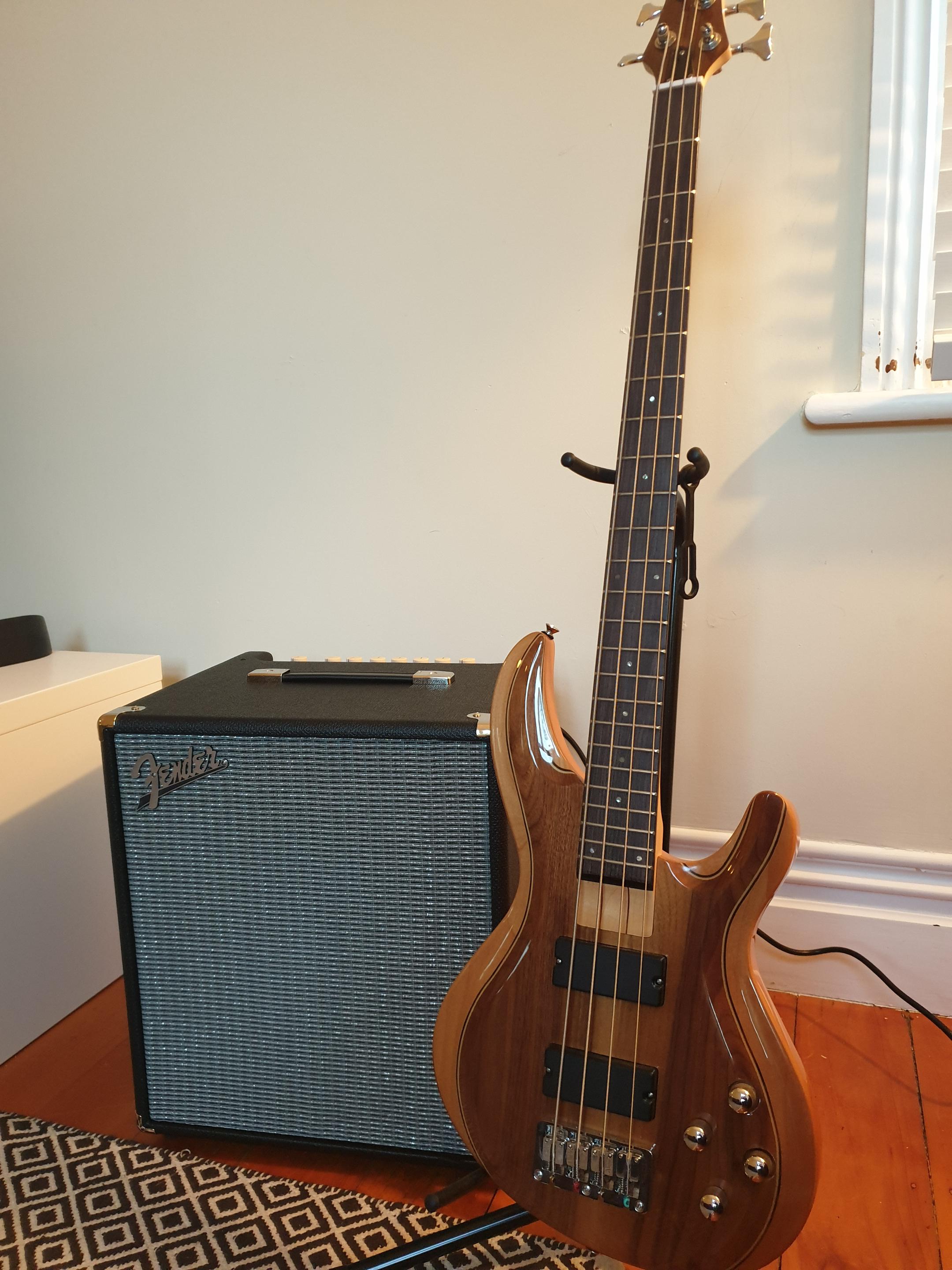