TIL about the Great Green Wall, an effort to plant trees to stop desertification in the Sahara that began in 2007. Ethiopia has planted over 5.5 billion seedling since. en.wikipedia.org/wiki/Gre…
👍︎ 75k
📰︎ r/todayilearned
💬︎
👤︎ u/learnedoptimist
🚨︎ report
Leaked video of horrific mass execution has drawn attention to bloody crisis unfolding in Ethiopia, where civil war over territory erupted in recent months. Video shows dozens of unarmed prisoners surrounded by heavily armed men with Ethiopian flags emblazoned on their shoulders. news.com.au/world/africa/…
👍︎ 22k
📰︎ r/worldnews
💬︎
👤︎ u/honolulu_oahu_mod
🚨︎ report
Egypt, Ethiopia and Sudan - Are we on the brink of war?

Sorry if this topic was addressed lately. Mods, please act as you see fit.

As you are aware, the latest round of talks on the Grand Ethiopian Renaissance Dam (GERD) in Kinshasa have failed and things aren't looking too pretty. There have been ongoing border skirmishes between Sudan and Ethiopia for a while, but this seems to be happening on the sidelines of the show where GERD is the main performance.

In the last 10 days, Egypt's President has spoken on two occasions about the issue, each time upping his tone and using clearer words, saying pretty much that Egypt has always preferred the path of peace and negotiations but the Nile is untouchable. In the Egyptian media and general online chatter, Ethiopia is completely demonized, and many people, including public intellectuals, artists and prominent figures, are calling for an attack on the dam site. These calls for war aren't from the usual military-minded Sisi loyalist; this time the matter has taken center national stage. I know that because I am writing these words from Cairo. This is becoming more critical every day with the second phase of the dam filling scheduled in about 80 days.

I wish to discuss the following points if anyone is interested. Bear in mind that I ask these questions based on the assumption that the dam really does cause the damage claimed by Egypt. I put the following points to discussion from a geopolitical perspective, and not a moral or ethical one. None of the following is to be understood as an attack on any Ethiopian person or encouraging violence against Ethiopia or Ethiopians in any way. 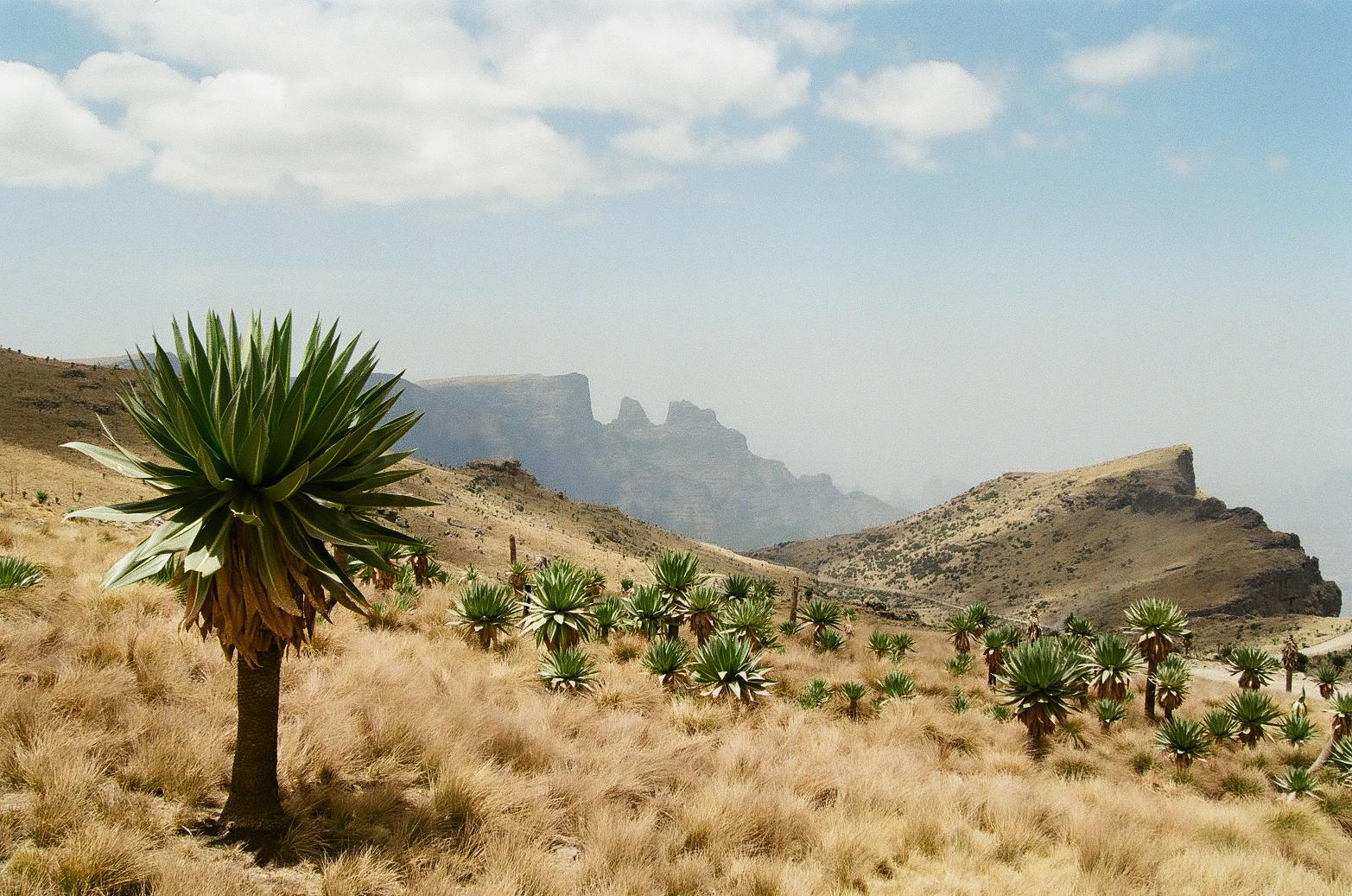 👍︎ 6k
📰︎ r/EarthPorn
💬︎
👤︎ u/Bem-ti-vi
🚨︎ report
Bodies with gunshot wounds lay in the streets for days in Ethiopia's holiest city, Axum. Witnesses describe what might be the deadliest massacre of the Tigray conflict, with some 800 people killed. At night, residents listened in horror as hyenas fed on the corpses of people they knew. apnews.com/article/eritre…
👍︎ 15k
📰︎ r/worldnews
💬︎
👤︎ u/jerusalemg
🚨︎ report
Ethiopia was getting close to a Religious victory and I had a Great Prophet lying around, so I did what I must 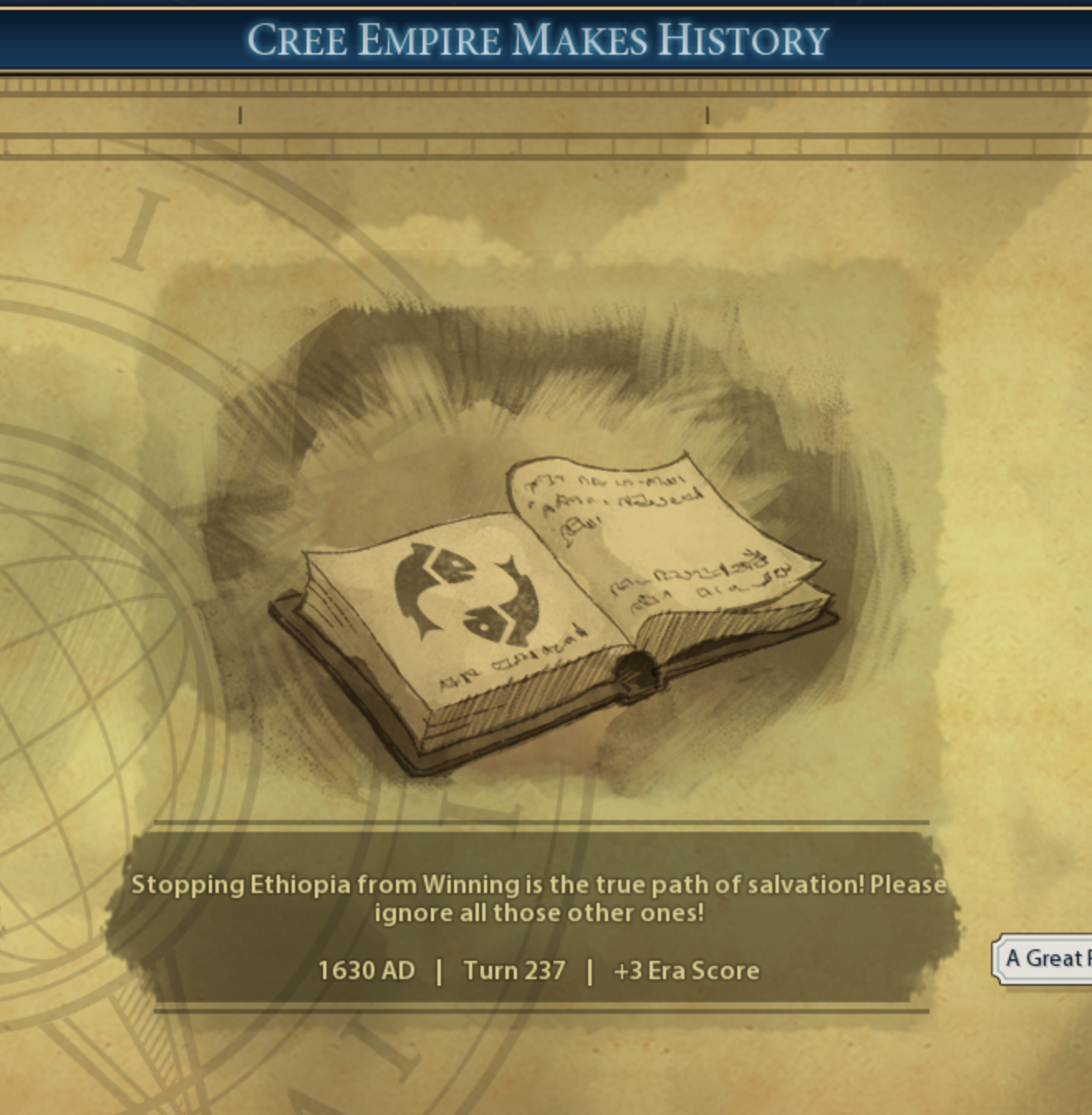 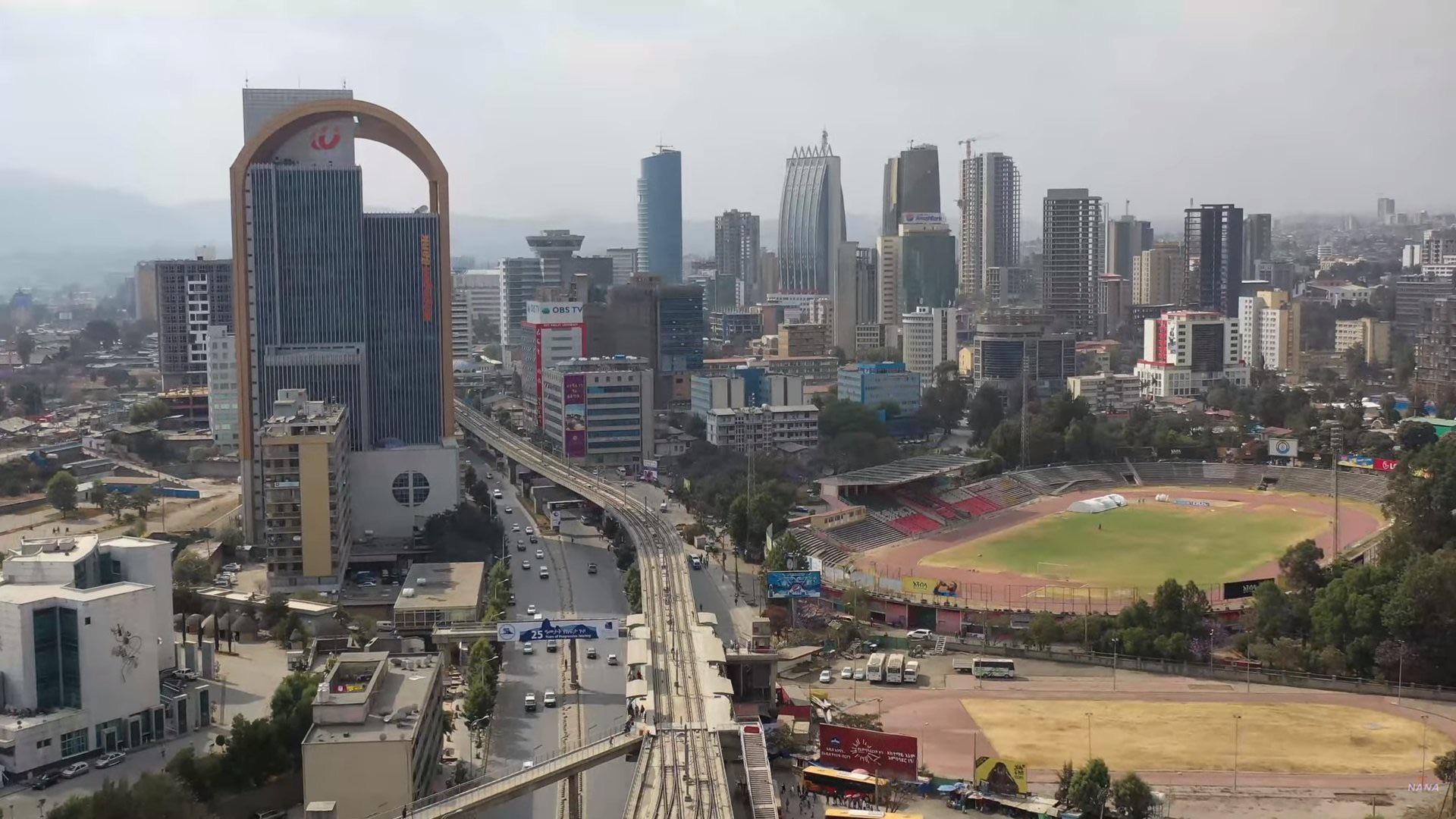 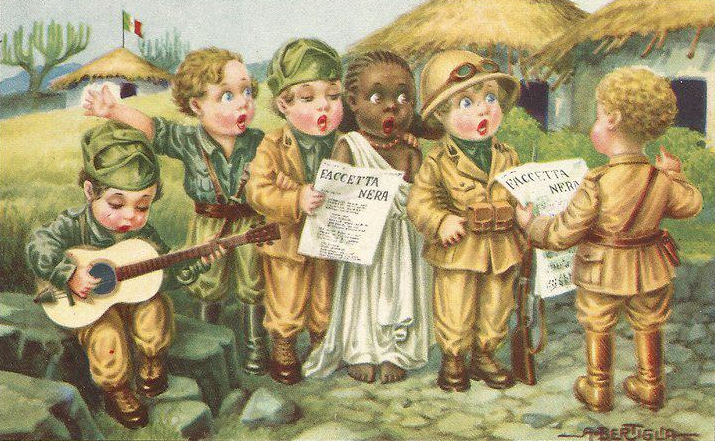 While my family is from Ethiopia and visits frequently, I've never been there myself so take that into consideration

I spent the last 24 hrs getting some surface-level knowledge of ADA, Cardano, and Atala Prism and I must say I'm very impressed. East Africa is a great place for Cardano to invest in projects. Somalia essentially uses cellphone talk time as virtual currency (EVCPlus), Kenya's population is massive, young, and tech-savvy. Ethiopia also has great potential, but in my opinion; the rumored partnership with Ethiopia would actually be bad for Cardano & Crypto.

I'm not going to get into the details of what's going on in Ethiopia right now, it's all over the news for you to look up yourself and far too depressing for me to read. The level of violence and distrust among the population is truly unprecedented and it would be an understatement to say the current government has lost its legitimacy to many Ethiopians. Everything is politically fraught, no one can seem to agree on anything and there are growing fears the country may descend further into ethnic conflict.

This is not the government, time, or place Cardano wants to partner with. If you want to look at this solely from a strategic perspective and remove the human factor; a partnership with Ethiopia is far more likely to lead to failure at this time and that can only negatively impact the project.

This is not to say Cardano can't have a massive positive impact on the lives of hundreds of millions of Africans. I'm only suggesting a cautious approach and one that's cognizant of the unique challenges the people of Africa face.

People should consider how the adoption of something like Atala Prism in Ethiopia might impact the people who won't use the technology for one reason or another. Will they still have access to government & financial services? They should also consider how the technology might be used in nefarious ways. There have been recent instances of civilians in Ethiopia singled out and murdered by armed groups & the government using the ethnicity designation found on current Ethiopian IDs. Even before this massive upswing in ethnic violence many people avoided getting IDs out of a general distrust of the government.

Somalia is actually shopping around for someone to help it implement its national identification program, something it desperately needs. There are reportedly thousands of fake soldiers on the government's payroll. The country is racked with rampant co

👍︎ 457
📰︎ r/cardano
💬︎
👤︎ u/KenShifta
🚨︎ report
Ethiopia and Africa in general. Not seeing any comments from Ethiopians. Am I missing something?

To stop people from spilling their emotions, here's full disclosure. My ADA bag is only slightly smaller than BTC bag. I'm balls deep in it. That being said. Please point me to any local Ethiopian newspaper or something where lots of Ethiopian folks getting ready for Cardano projects go live. All I see here is constant discussions about African birds and how it'll going to do wonders. But all this from Americans and Europeans. Let's talk.

👍︎ 173
📰︎ r/cardano
💬︎
👤︎ u/hopefull_P
🚨︎ report
[WDYWT] In Addis Ababa, Ethiopia you have to blend with the element 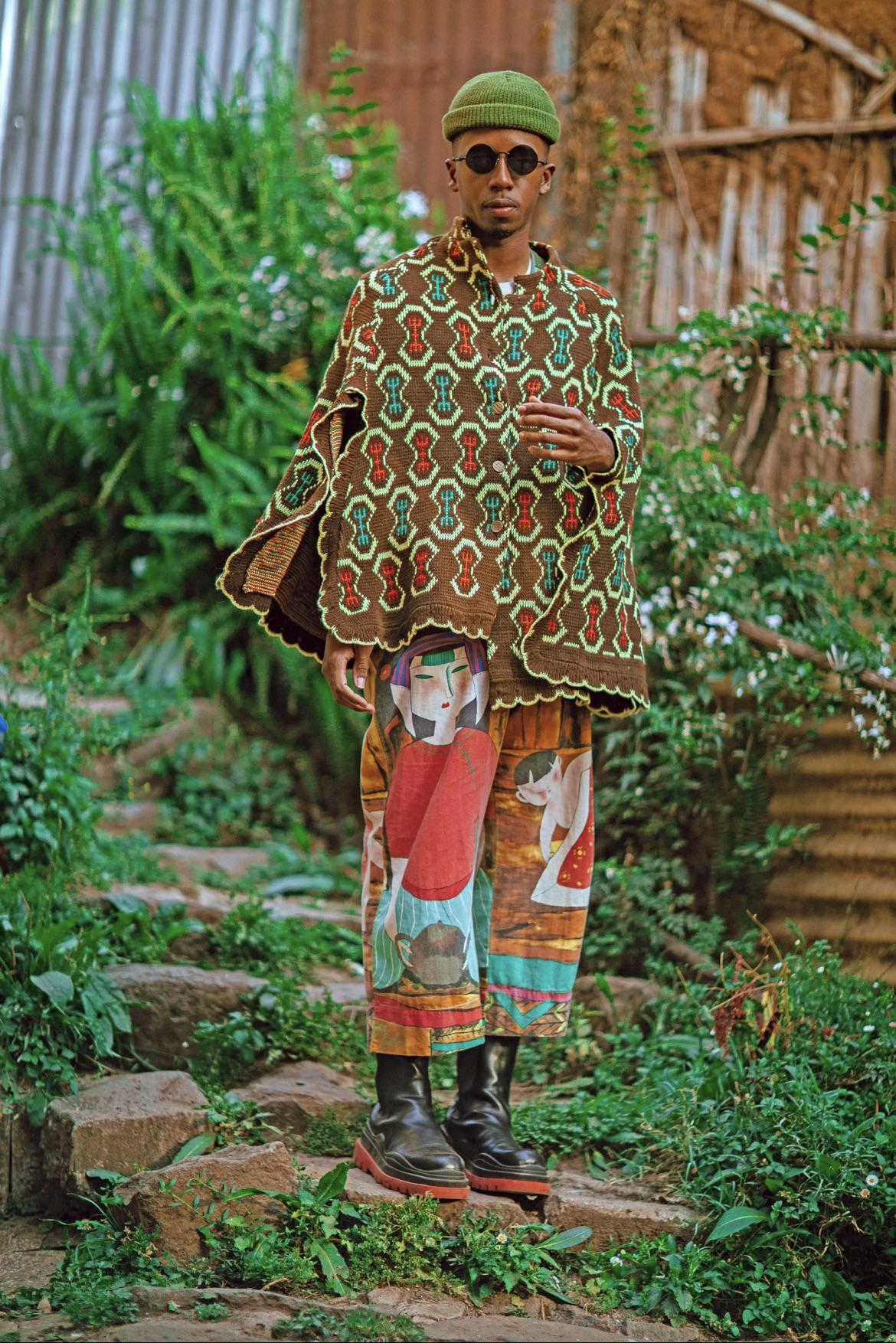 Is this the structure that Ethiopia Government were waiting to finally announce the partnership with Cardano ATALA PRISM?

"Prime Minister Abiy Ahmed inaugurated the Information Network Security Agency's headquarters building. Located on an area of ​​7,500 square meters, the six block building is designed to meet the needs of the sector, its rapid growth and mission. The building also houses, the Ministry of Peace, Artificial Intelligence Center and Financial Intelligence Center. In addition to laboratories, a digital exhibition center and a data center, the HQ building includes a cyber talent development center where students and teens with cyberspace skills and talent can be trained to produce. With such institutional modernization, our country will progress on the path of prosperity." 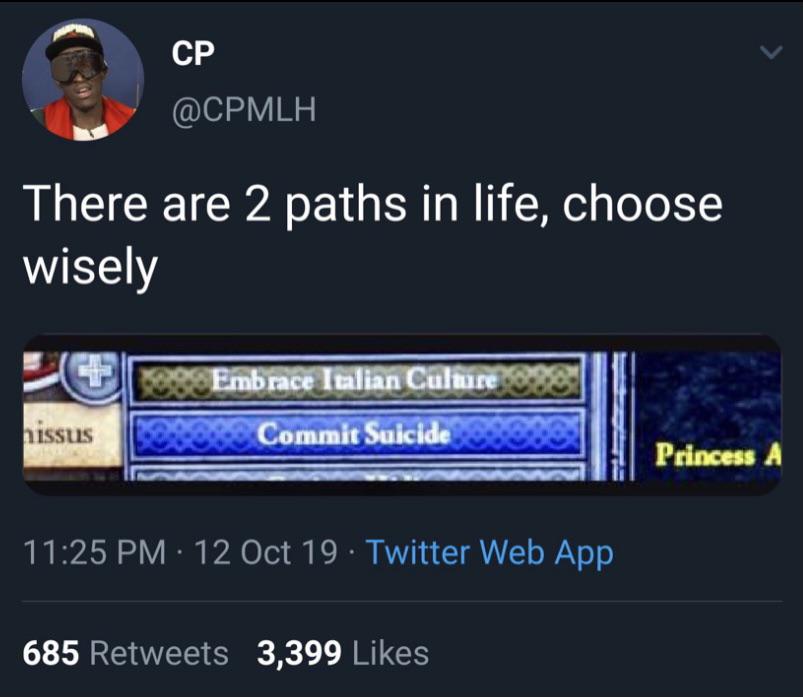 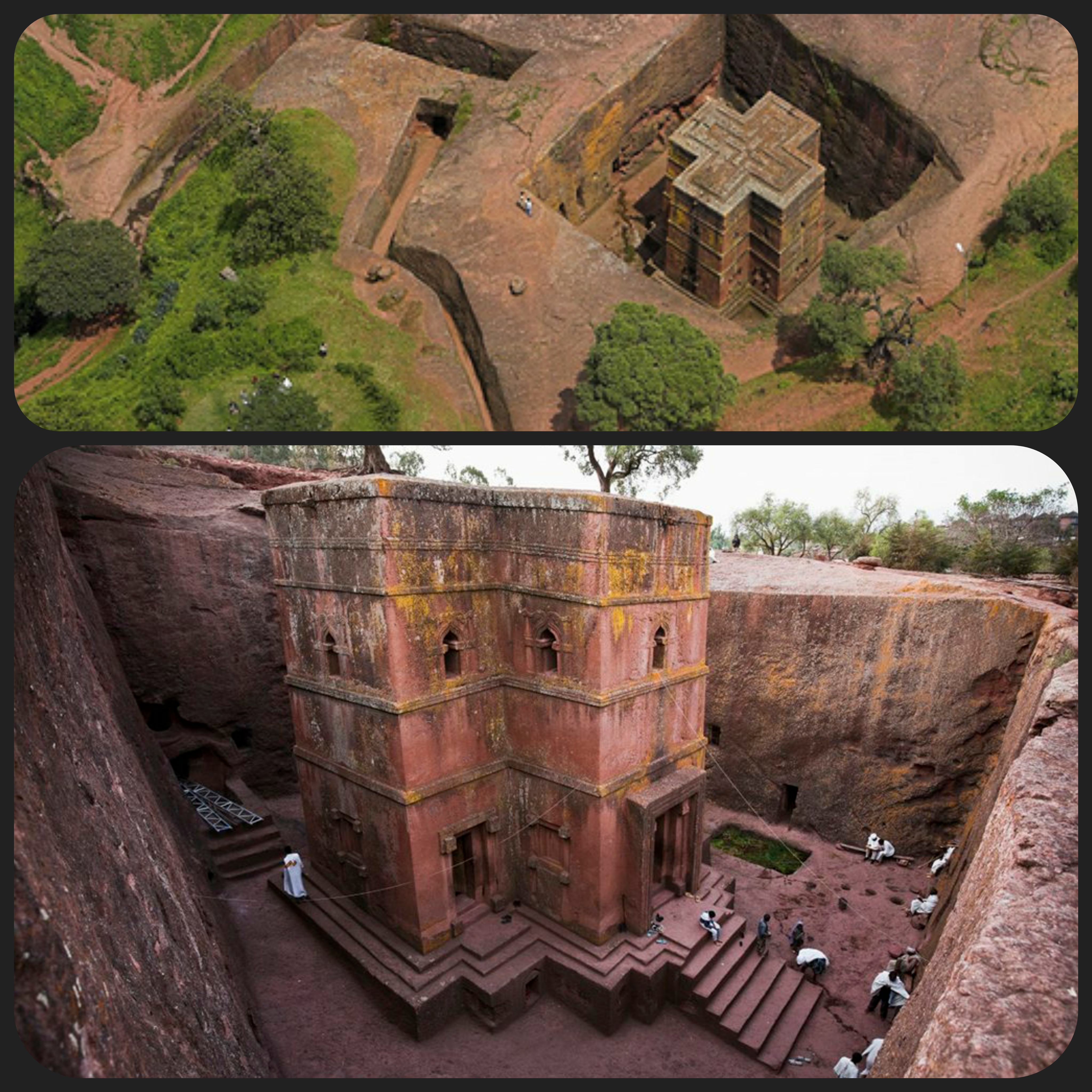 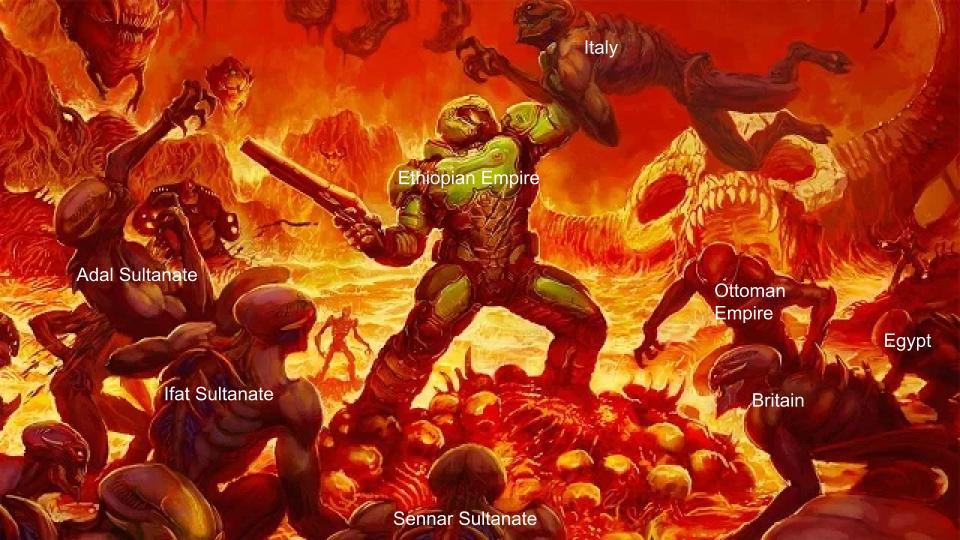 👍︎ 236
📰︎ r/HistoryMemes
💬︎
👤︎ u/Garden_of_Pillows
🚨︎ report
It has been 125 years since the brave people of Ethiopia defeated the colonial army of Italy at the battle of Adwa on March 1, 1896 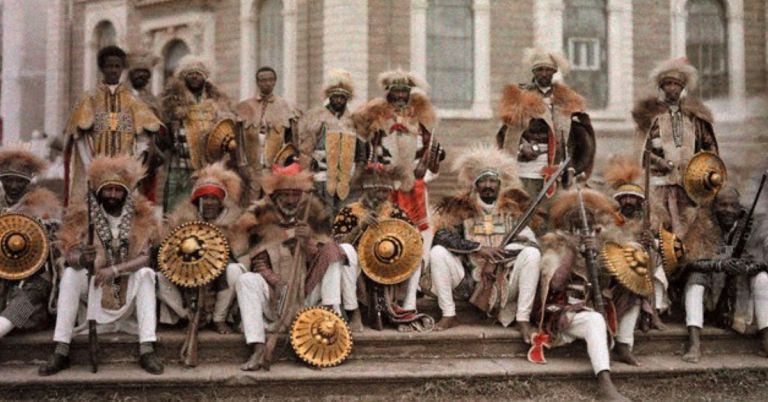 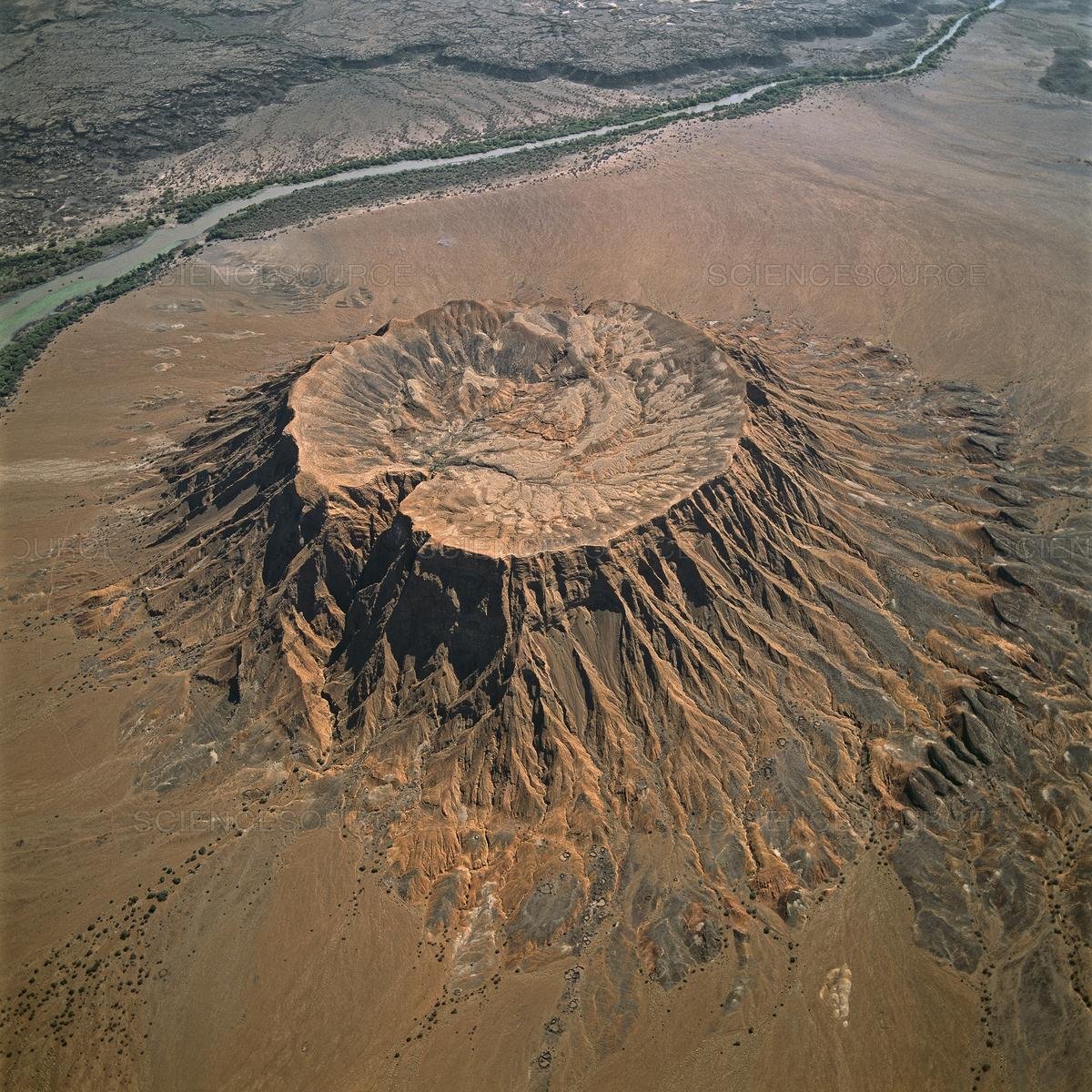 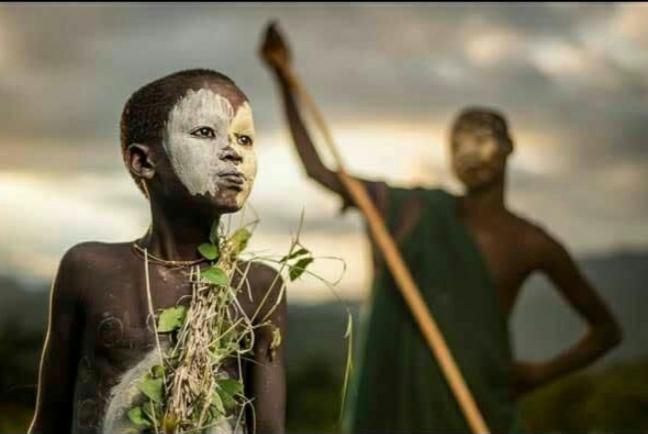 Ethnic federalism to the birds.

The ethnic Amharas which were Abiy Ahmad’s biggest supporters are now turning against him for not protecting them from the Oromo people. The Oromo people (Ethiopia’s biggest ethnic group) will most likely boycott the elections due to the government arresting all their political representatives and have military groups fighting the Amhara militias supported by the government on the ground now. They’re not just fighting the militias, they’re murdering Amhara civilians in mass. The Tigrays have withdrawn their participation from elections and are reforming their military capacity to fight against the government. Abiy Ahmad has lost popular support in his own country from Ethiopias two biggest ethnic groups. Abiy Ahmad is also Oromo so he lost support from his own people.

Ethiopia is now isolated in Africa due to the increasing diplomatic work Egypt has been putting in recently, and has been isolated by the international community for its unwillingness to engage in any kind of dialogue or agreement.

My question is why is everyone stressing about the dam when our current adversary is literally on their knees about to get his cheeks clapped. The Ethiopian military is literally depleted from all the internal fighting meaning it’s even weaker than it was before. And for all those worried about Ethiopia bombing the Aswan dam, there’s only a few fighter jets that can travel that far without needing to be refuelled mid air. Those are fourth generation + fighter jets such as the Rafael, f35, su35, and typhoon Euro fighters which Ethiopia doesn’t have. We actually have 2/4 from the above and in the process of purchase the typhoons. They don’t have military bases outside of Ethiopia and they don’t have a navy because they’re landlocked.

The dam will be bombed eventually, its just a matter of time. I know some people are concerned that Israel, USA, and China are backing Ethiopia in this fight. I agree they might’ve at one point, but Abiy Ahmad is a high tier retard that has shown himself to be incapable of being reasonable in negation, protecting his own people, and most importantly protecting Chinese and American interests in Africa. He’s a walking shit streak on America’s resume of yet another ruthless dictator that they’ve propped up that’s now destabilizing his own country and the whole Horn of Africa.

I’ll always say this, bombing the dam is not enough. We need a friendly government in Ethiopia that will secure our national interests. Never separate bombing

The dam crisis between Egypt and Ethiopia has been around for a long time, but lately, especially these days, I have noticed an increase in warmongering rhetoric and all kinds of people openly speaking that war is the only solution. Above all, I see more and more Ethiopians united and convinced that the dam has to be completed. What is your opinion? Do you think war is inevitable? Or do you think there will be a de-escalation? I wish the latter, but I feel that the war is more and more imminent. 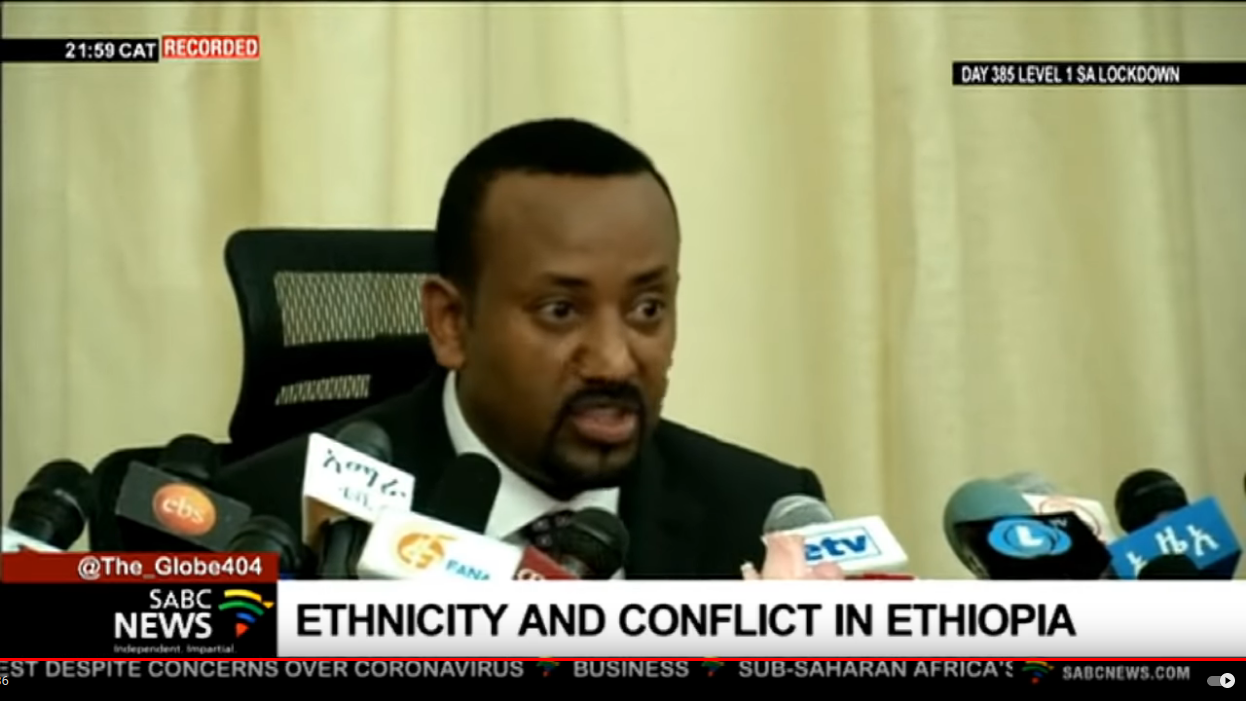 Would’ve liked a more “Middle Eastern” emphasis of the map, removing England, Germany, and Poland, then having Nubia, Mali, and Ethiopia on the map

Edit: a TSL is designed to give space to crammed Civ spawns

Europe and Southeast Asia were crammed, thus given maps

England, Germany, Poland, and Gaul spawn at the edge of the map

Edit 2: HOW are you not getting Roman Empire from the Europe map?