I met a player today in a mythic+ dungeon who didn’t know what an interrupt, dispel, debuff or silence was. I now realize just how little WoW teaches new players.

They were a tank, and they advertised their own key. When I first joined, they said they were ‘new’ - I presumed they meant new to Tanking, and was like yea man, no problem. We start the key. I noticed they weren’t doing any interrupts, and they were pretty squishy, but it was my first mythic of the day and I was kind of on autopilot so I didn’t think much of it. I was the healer and was a little overgeared for the mythic so we did fine and timed it.

They questioned why they didn’t get any loot, which was. Odd. Then when the mage asked if anyone wanted the gear that dropped for them, the Tank asked for it. ..a cloth item. I found this pretty weird so I stayed in the group and inspected their gear.

All 158/171 gear. It was a low mythic, but not that low. And they had put on the cloth helm. I asked why, they seemed confused. I mention Armor Skills in their Spellbook and they.. don’t know what that is. I had to tell them how to open their Spellbook, what the General tab was, and then they found it - then I explained they needed all of one armor type. They eventually got it. Not knowing how to navigate their Spellbook was really odd, so I asked how long they’d been playing.

A ten-day-old player was level60 and tanking mid-range mythic keys.

I decide that I’ll just gear this guy up with some Timewalking dungeons to get them their weekly quest and be on my merry way. That didn’t really happen. Once I taught them what Timewalking was, and made sure they had the quest - First dungeon in and I realize they just. Don’t use their interrupt. I ask if they know they have one. They have no idea what I’m talking about.

This eventually turned into a 4-hour session of me doing practice Duels outside Stormwind with this complete stranger, discovering to my horror that they did not know what an Interrupt was, or a Brez, or a Silence, or a Debuff, or a Dispel, or even that their Ironfur could stack, or any Party/Raid functions like Ready Check, or - the list goes on. We only stopped because I had to go, but they added me, so I hope to help them more later.

I feel so bad for this guy.

A tank, doing mythic+ keys for who knows how long, with an item level too low to get any loot from them, not knowing so many of the basic mechanics of the game. And they were saying sorry so much, I am pretty sure they’d been flamed more than once and had no idea why.

Exile’s Reach is pretty but doesn’t teach NEARLY as much as it needs to.

P.S. tank friend, if you see this 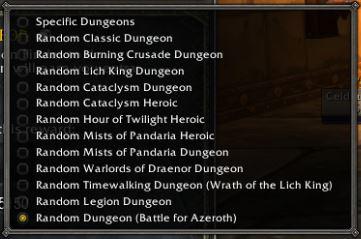 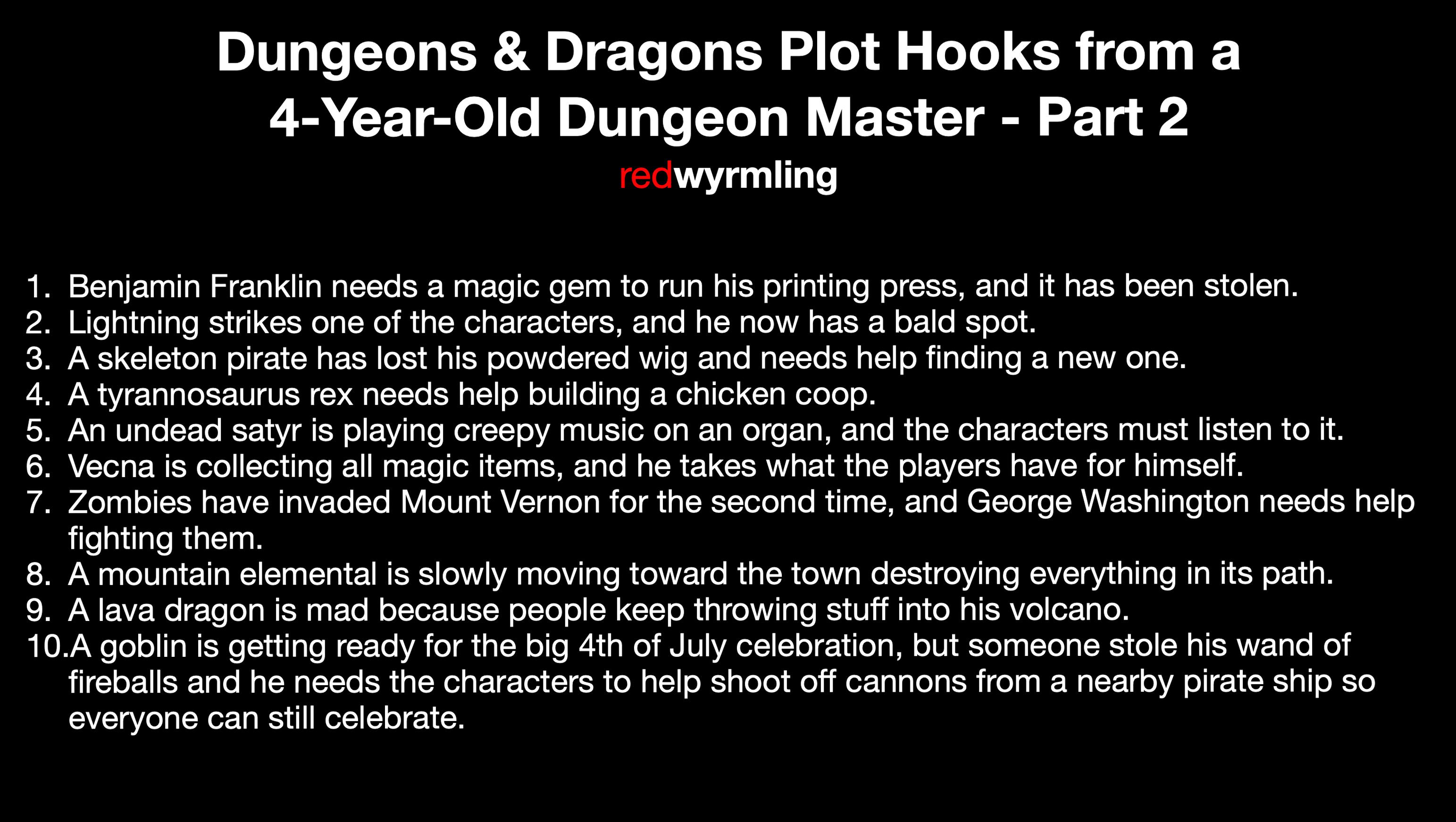 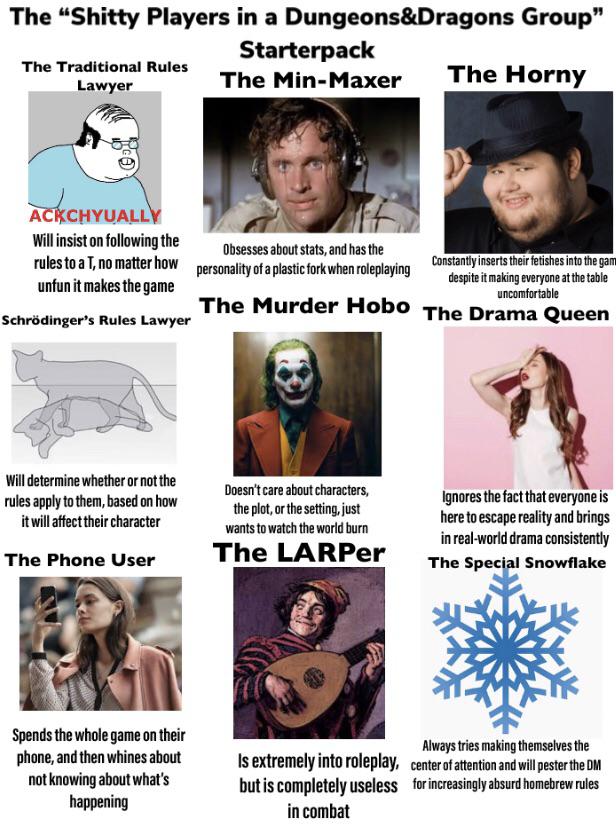 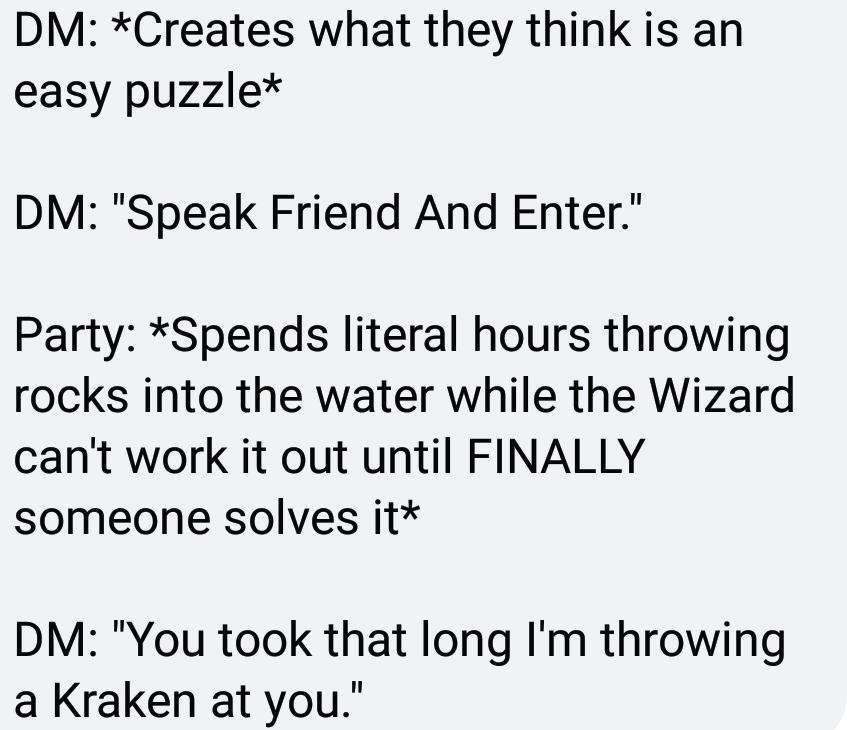 I say we could use more, it saddens me to see this planet SATTELITE way more underused than it deserves...

Maybe next season could be a good excuse to add some of these, Bungo?

Some of my own ideas include : the exo challenge "protection" but bigger and way more ads, in a patrol area so anyone can join, finishing one would grant a daily curated roll on one Europa weapon

👍︎ 7k
📰︎ r/DestinyTheGame
💬︎
👤︎ u/holyshitem8lmfao
🚨︎ report
Nightmare server dungeon at my job reddit.com/gallery/n3yi63
👍︎ 3k
📰︎ r/techsupportgore
💬︎
👤︎ u/pap3rw8
🚨︎ report
[OC] Dungeon Full Dive: The pc game my best friend and me have worked on for months, is finally on Kickstarter: A most immersive virtual tabletop solution! What do you think: Would you try this instead of roll20? v.redd.it/4ilvpw8oqjw61
👍︎ 3k
📰︎ r/DnD
💬︎
👤︎ u/toboron
🚨︎ report
Dungeons & Dragons had its biggest year ever as Covid forced the game off tables and onto the web cnbc.com/2021/03/13/dunge…
👍︎ 34k
📰︎ r/news
💬︎
👤︎ u/TheAtheistArab87
🚨︎ report
Got deserted debuff from a dungeon because i got kicked for not skipping bosses on plaguefall.

I didnt want to skip the bosses because i wanted to finish the quests for aiding maldraxxus, then they kicked me for not skipping and i got 30 minute debuff now. How is this fair? 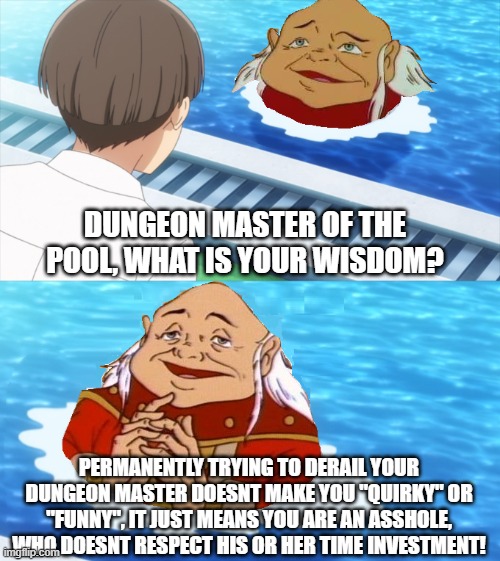 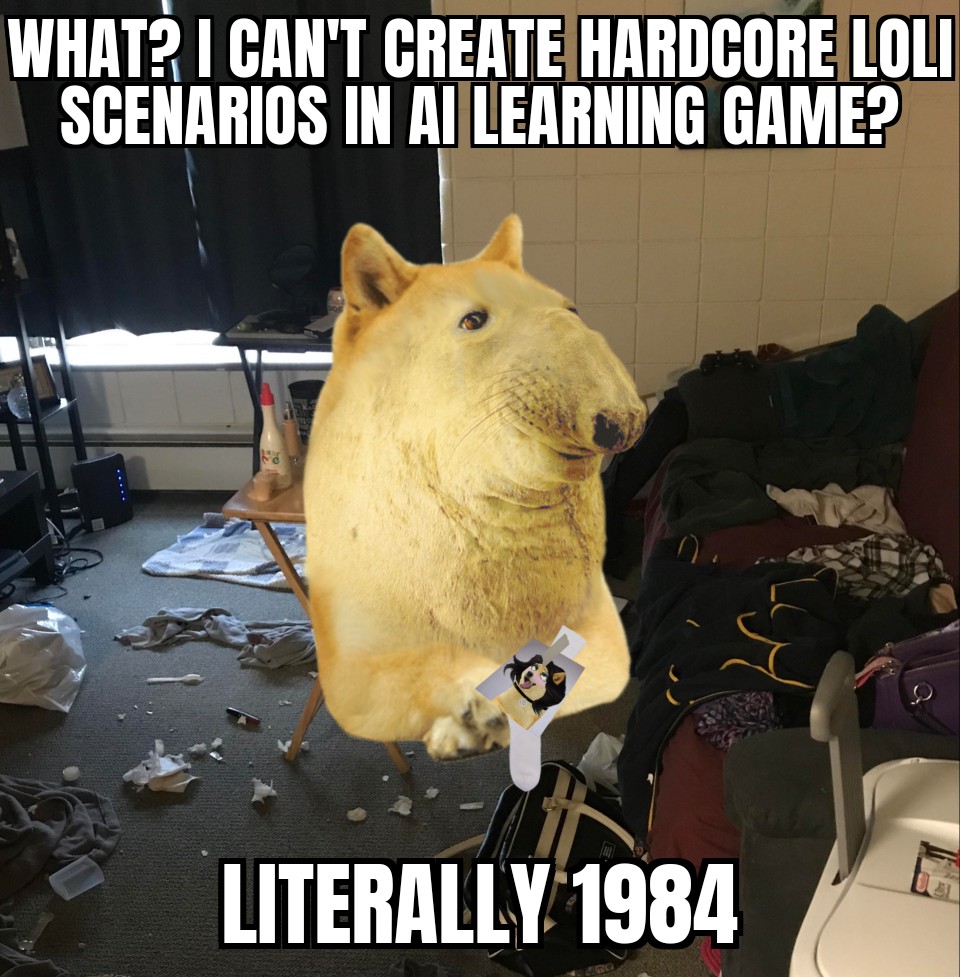 If you're part of the "new age" of DnD like I am, you probably got introduced to Dungeons and Dragons like I did: Critical Role, Stranger Things, etc. In these cases, DnD is presented as a cooperative story telling medium where you and your friends play complicated pretend. Particularly in the Critical Role case, there's a lot of inter-personal drama, investigation, theory crafting, etc. This is fine of course, but a lot of the mechanical things that people complain about with 5e at least seem to come from the fact that the original purpose of 5e is to do dungeon crawls and hex exploration. Thief rogue, for example, is almost exclusively spec'd for dungeon exploration, and Ranger becomes a must-have if you're planning on doing something like Tomb of Horrors, where you need to find and get to the hillside in the first place to begin the dungeon. Of course, the expectation of what DnD is has definitely shifted since then, becoming more of a catch-all TTRPG, but IMO the core rules shine the most when applied to actual dungeon crawls.

👍︎ 817
📰︎ r/dndnext
💬︎
👤︎ u/The_Mighty_Phantom
🚨︎ report
There was a leak in AI Dungeon that made everyone's stories publicly accessible alongside usernames, up until April 18th

Friend of mine discovered this: https://github.com/AetherDevSecOps/aid_adventure_vulnerability_report

He's purged all of his copies of the data, but his report does show some aggregate data as evidence. Also an interesting analysis of just how many stories are NSFW.

50 million unpublished adventures, everything since its creation, were open to the world. 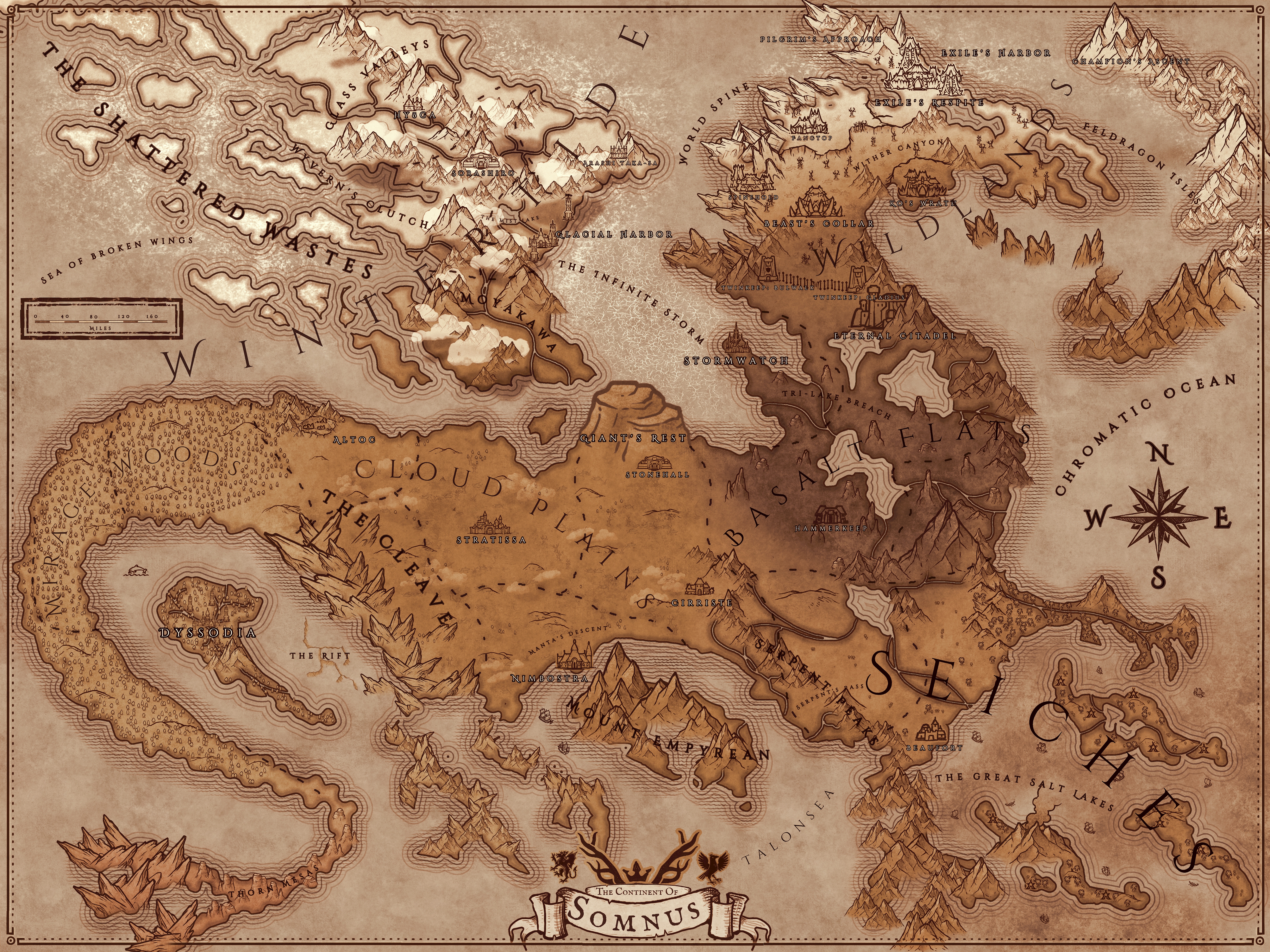 Yeah I know Bungie gets a lot of flak and a lot of the time it is deserved but man they have knocked it out of the park with each dungeon so far. Each one has been better than the last. Imo prophecy dungeon is better than 50 percent of the raids they have made. I was in awe when I saw those environments in that dungeon.

Dungeon occupy an important space in the game they are hardcore enough to be more satisfying than a strike but they don’t require as much commitment as a raid. I can’t imagine Destiny without dungeons going forward and kudos to Bungie for having the excellent idea to implement them.

Or at least make an additional portion to the dungeon that is slayer only.

Went to go do a quick normal dungeon to level up my alt rogue today. A guildie who was levelling up his tank was on so I decided to invite him as well.

Everything was going great, we killed the first boss, my guildy tank was going on to the next boss and someone asked him where he was going. Apparently there's a skip you can do in plague fall and our tank wasn't doing it. I wrote in chat, might as well kill stuff anyway and get exp!

I guess that was the wrong thing to say, they lambasted me and told me the end of dungeon exp is the only thing that matters. (I don't level alts, I usually just stick with my main.) Next thing I know I get kicked from the group. My dps was highest on the first boss fight and definitely was never last or worst. (Plus it's a fucking normal, come on lol)

I'm not a new player, I've played since vanilla so I don't really care. But if this is how wow players treat actual NEW users theres no way this game will continue to grow.

Stop being assholes, you were still gonna complete the dungeon in time. 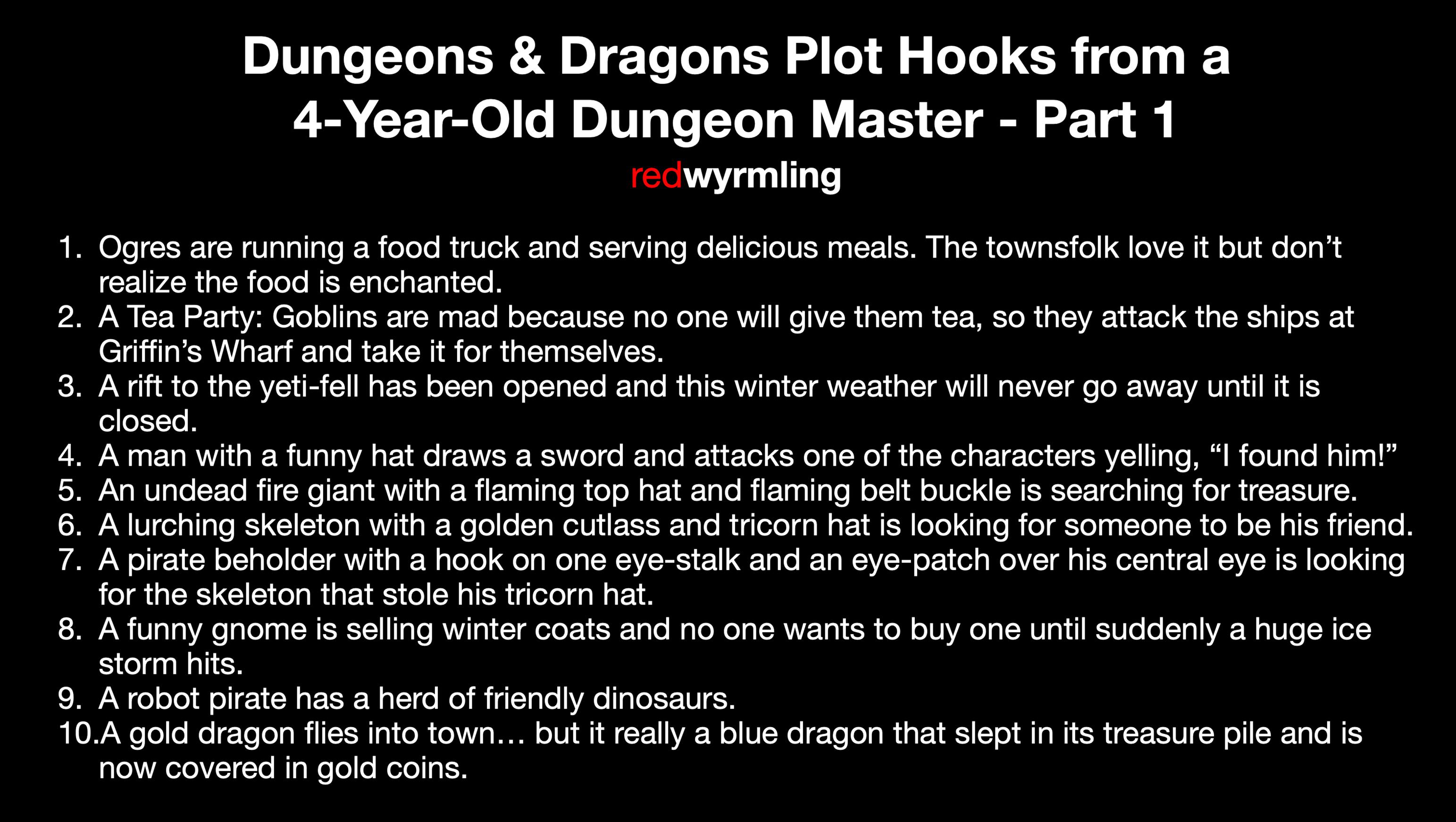 👍︎ 2k
📰︎ r/DnD
💬︎
👤︎ u/redwyrmofficial
🚨︎ report
Been playing AI dungeon for years, never realized the community was this bad. Here’s just one of hundreds of these interactions I’ve had in the last day or two. 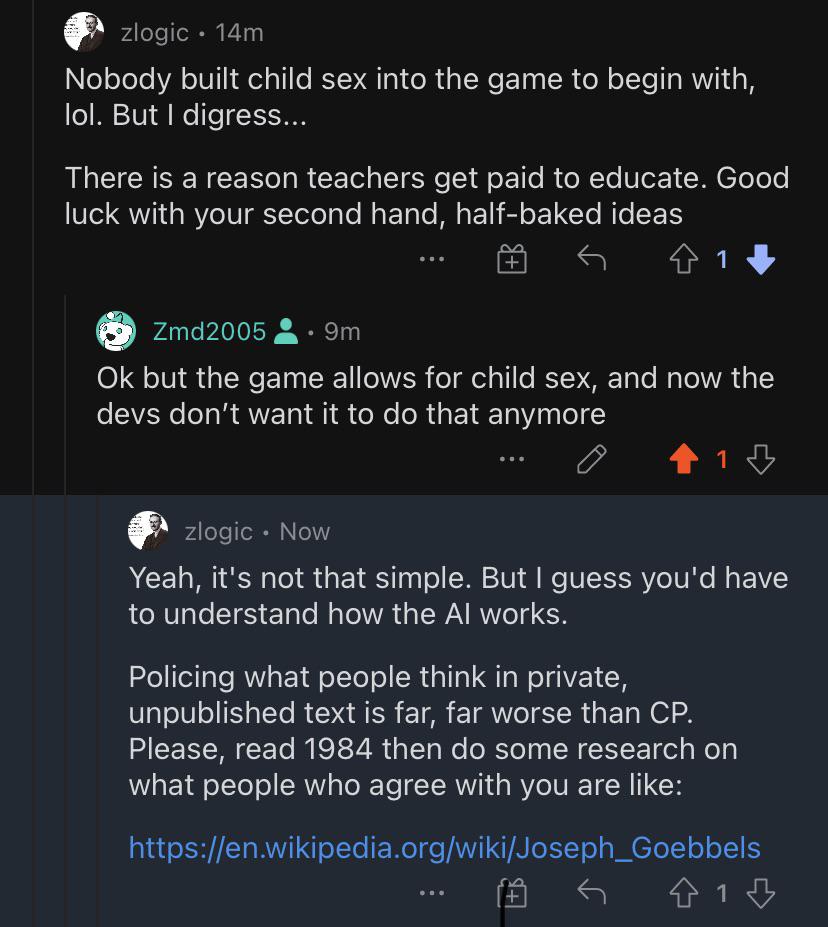 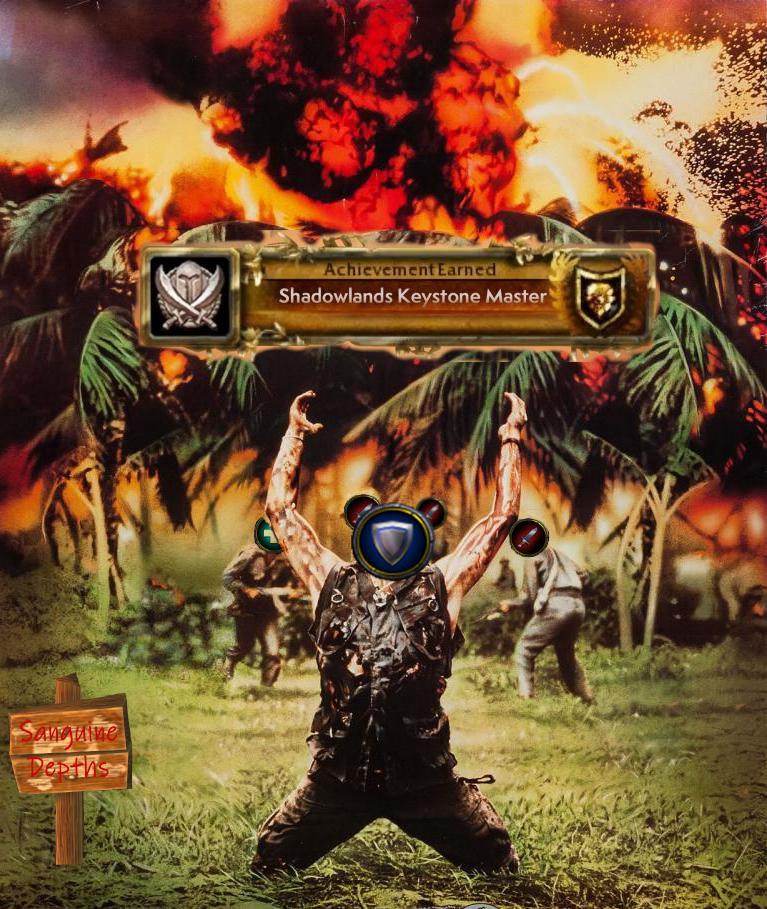 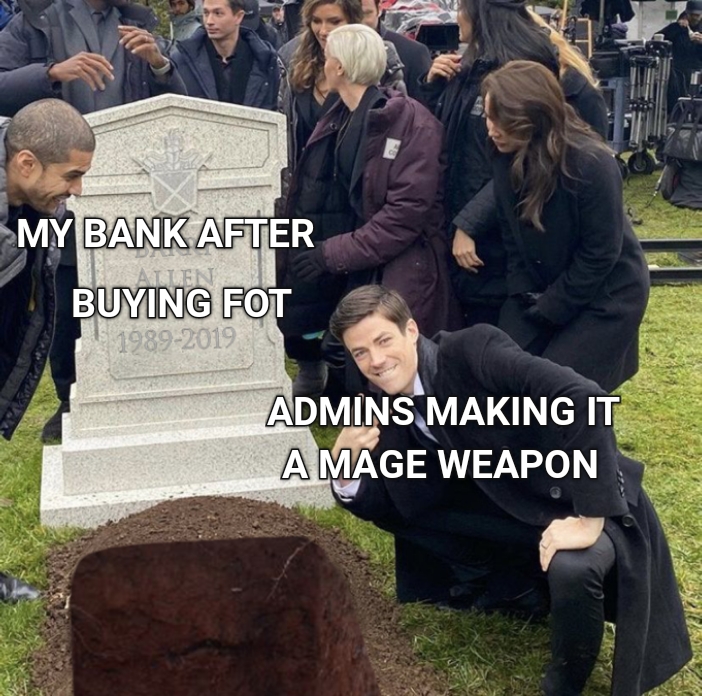 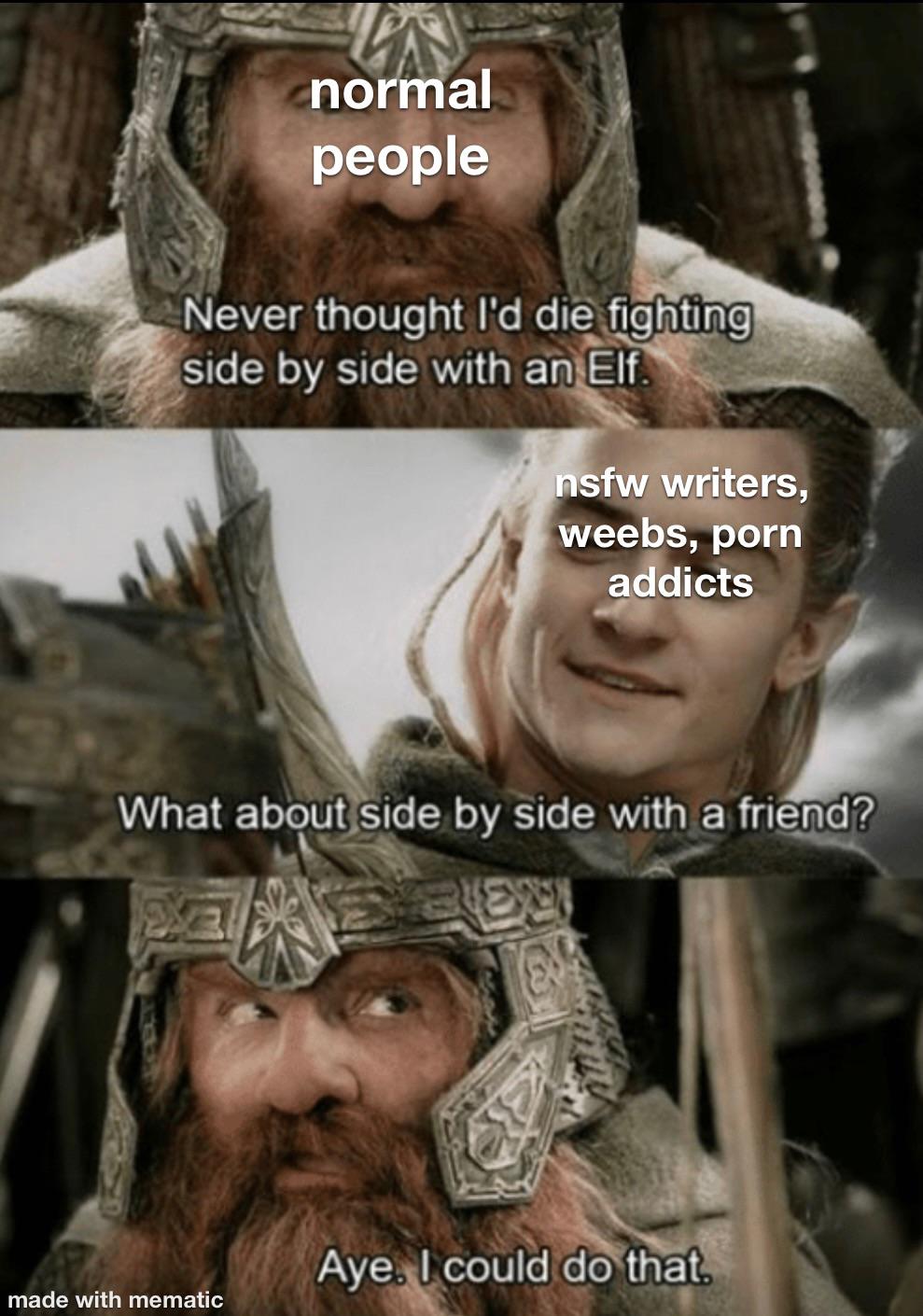 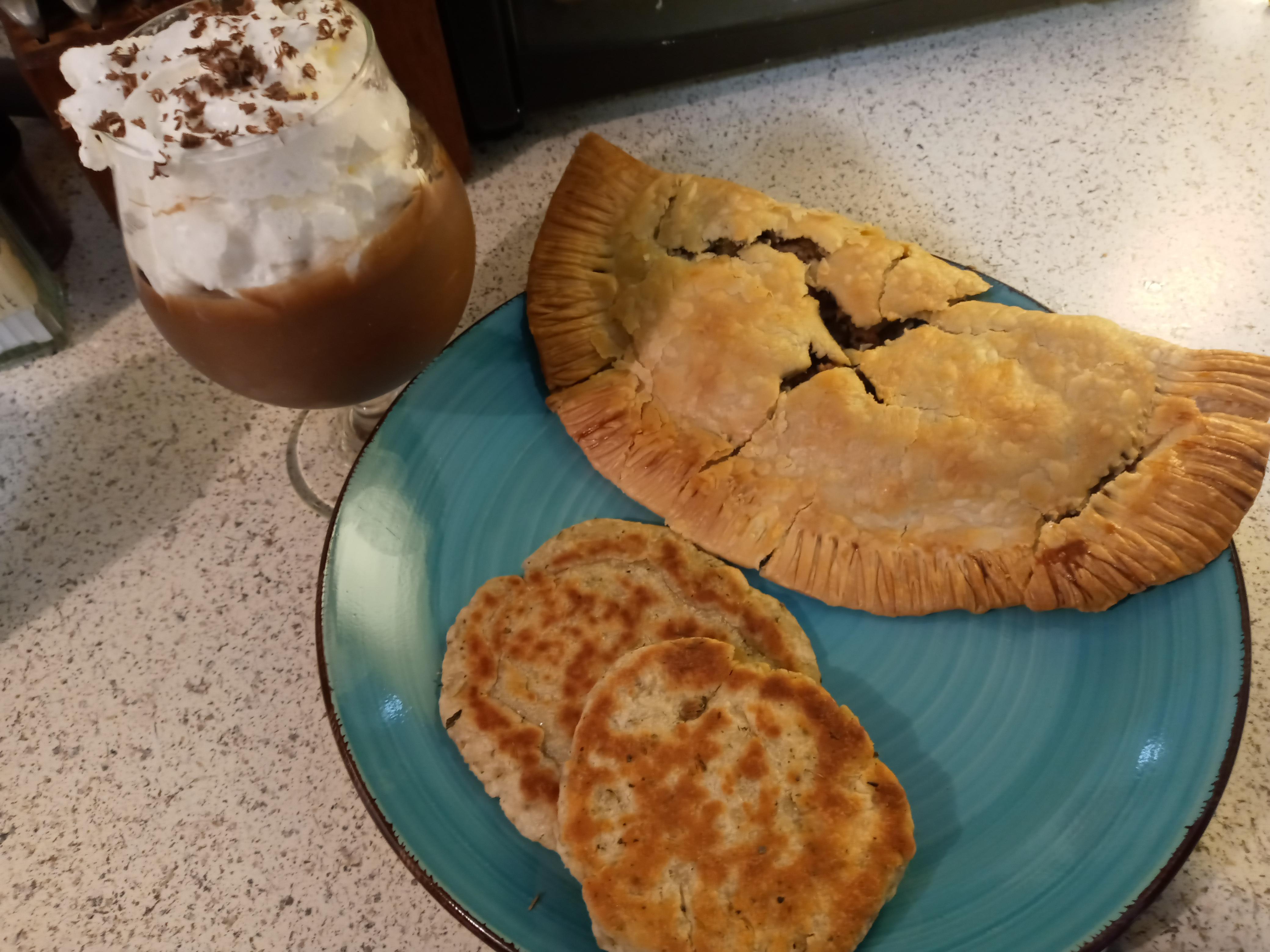 👍︎ 744
📰︎ r/DnD
💬︎
👤︎ u/Vieamort
🚨︎ report
Met a very confused sprout in a leveling dungeon, and it reminded me of the first time a tank tried to teach me how to play... 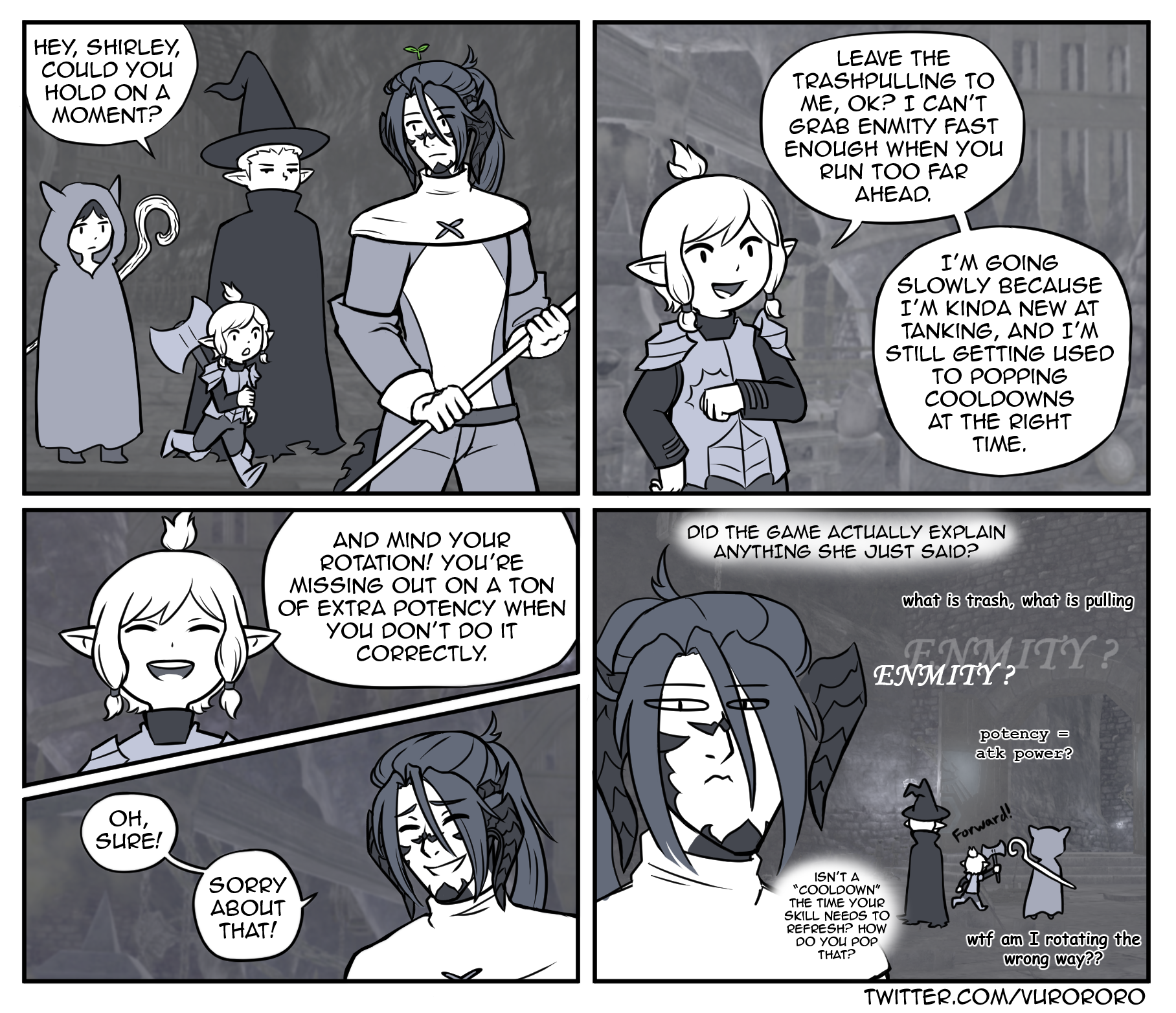 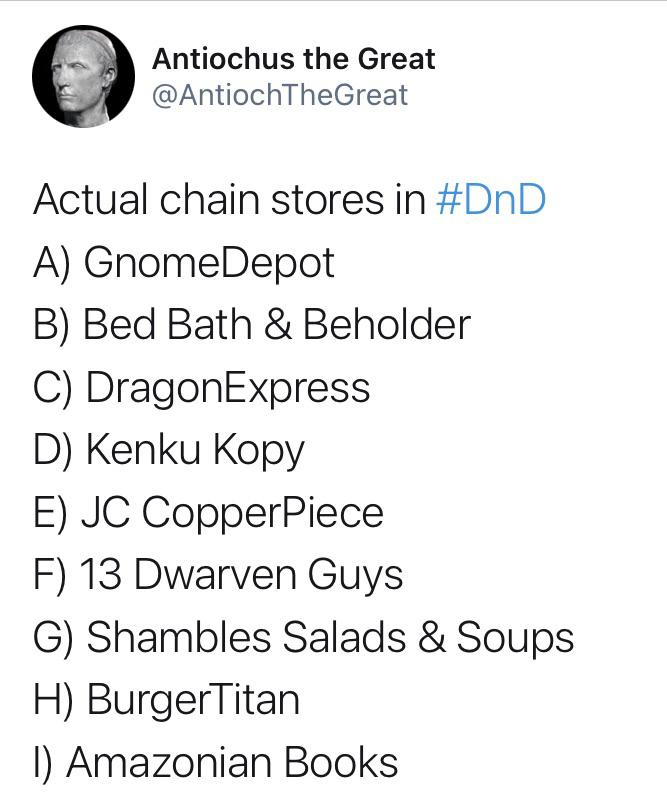 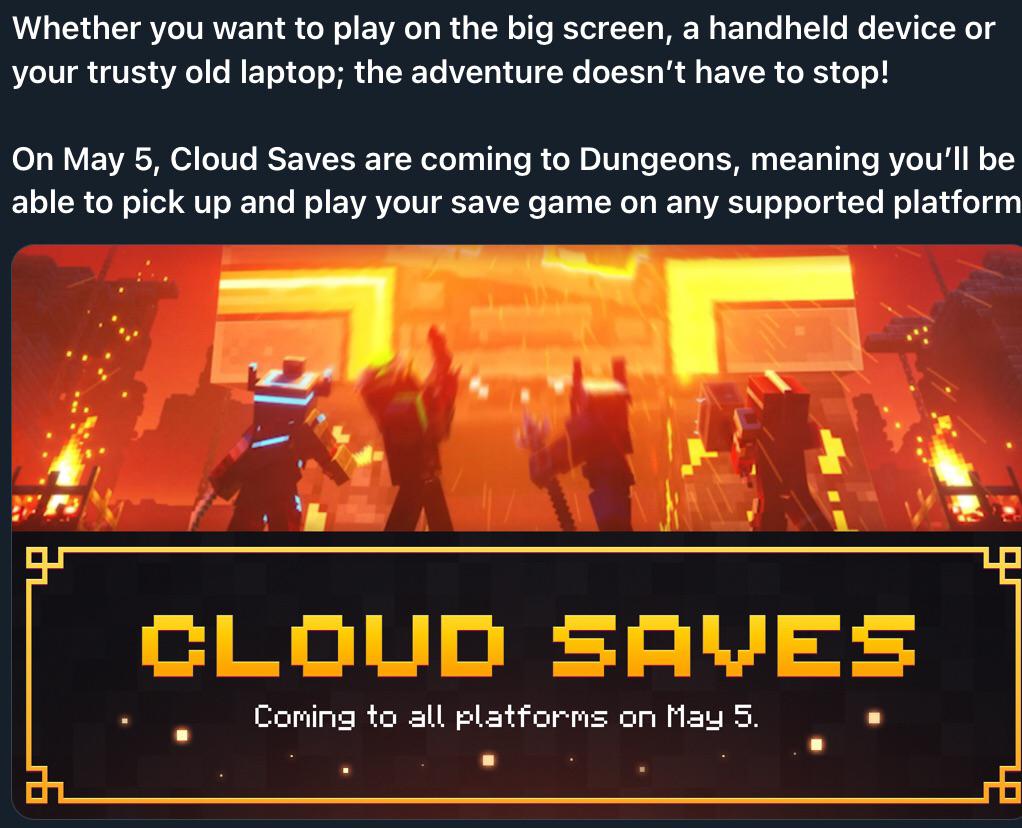 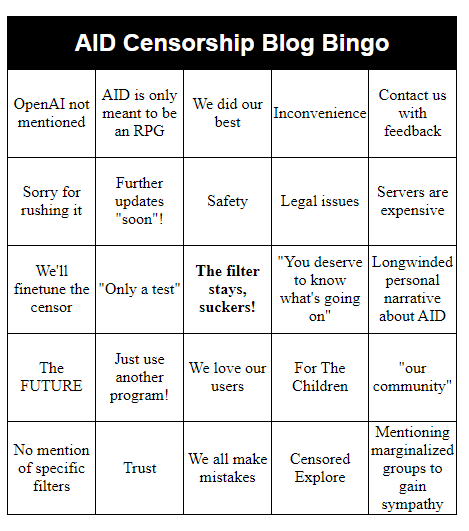 It's been a couple weeks since bug fix, with no word about any punishments to abusers. I think such a major bug deserves some action to be taken.

👍︎ 445
📰︎ r/runescape
💬︎
👤︎ u/Axiomatic_RS
🚨︎ report
We have our own Decked Out built on our server, and I recently found 10+ keys as loot inside the dungeon. Someone suggested I wear a key-chain after finding them. This is my new skin. 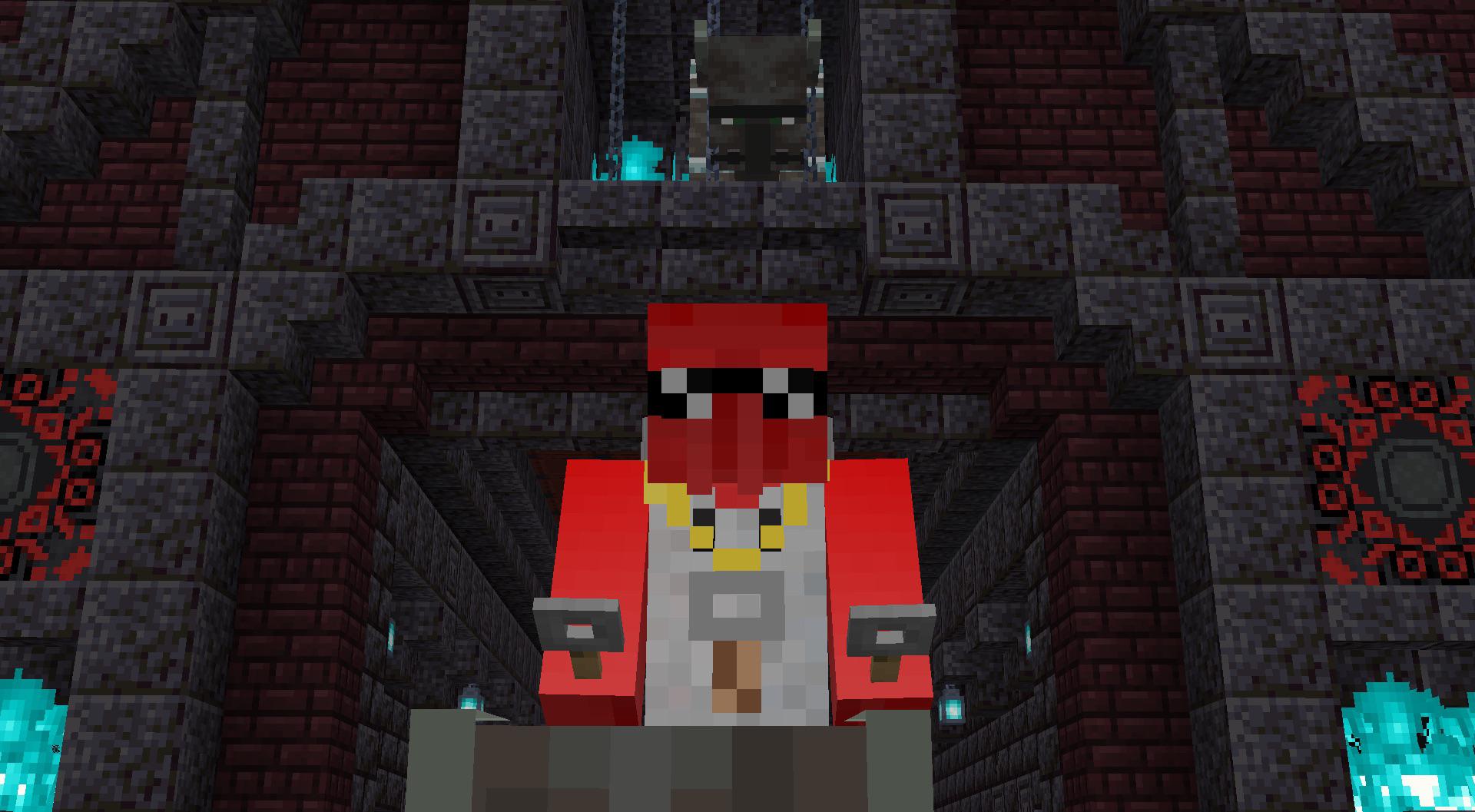 "Blizzard has added new achievements in Patch 9.1 for Mythic+ which includes completing each dungeon on a +20 in time! The reward is the return of CM ports -- a quick teleport to the entrance of the dungeon!"

We finally get something for completing keys higher than a 15!

The title says it all really. I'm getting fed up of Dungeons Dragons 5E in particular players who are interested in playing characters that use every rule expansion to build min maxed characters that can steam roller any encounter I come up with and complain like hell if I use traps or other things to make life "interesting" for them. I'm looking for a system system that rewards good role-playing and where encounters are not pushovers for players. I have played D&D and AD&D back in the 1980’s and love that style of play.

So a really dumb question time - are the OSR rules the same as the old Basic and Expert D&D rules or AD&D?