Top comments call for shifting support to third parties and purging the GOP:

"They didn't flinch when corporations got their covid payout but when it comes to helping hard working Americans, they don't care. We need to totally purge the GOP. We need a second party on our side."

"And this is why I am turning more and more independent"

"The old GOP must die"

Users begin accusing each other of socialism and concern trolling from other subreddits despite the thread being flairlocked:

"This sub is doin a socialism"

"Why are we supporting massive spending programs on /r/conservative"

"it’s more like elites vs normal everyday working people rather than left vs right, like they just pit us against each other for sport and ultimately do what’s in their best self interest" 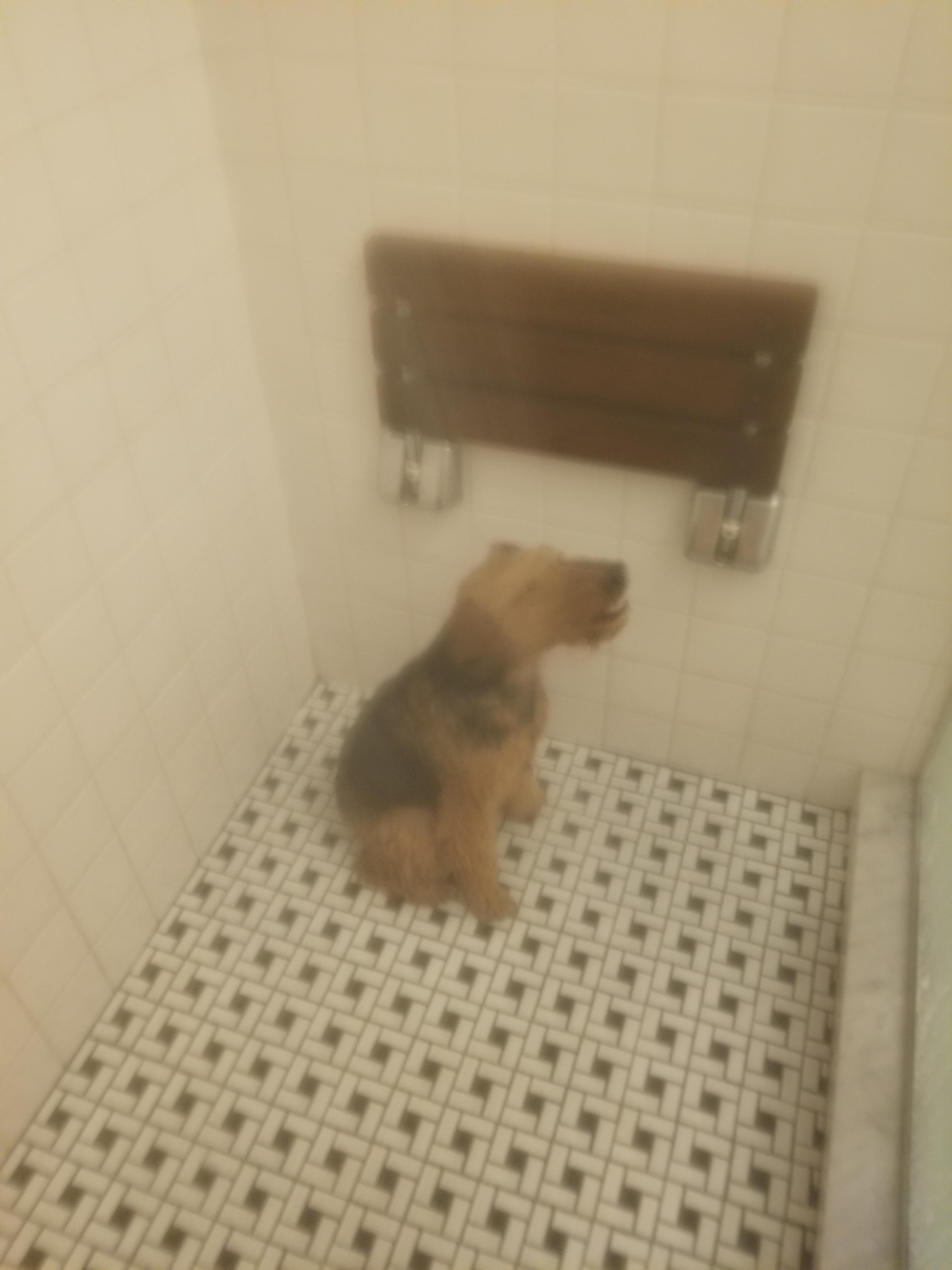 Hope y'all enjoy!
EDIT: To clarify, all of the other Muppets make appearances. Dr. Teeth and the Electric Mayhem play at Gatsby's party, Bunsen Honeydew and Beeker crash a car leaving the party (a scene from the novel), the Swedish Chef is Tom and Daisy's personal cook, etc. Even Walter... eventually shows up.

EDIT #2: Jordan Baker was actually my favorite (human) character to write for and I didn't dream cast her because I like the idea of an unknown playing her. She also has the most difficult singing demands of any character so that knocked out a lot of actresses who I know can't sing.
A couple of people have asked so here is who I've considered (in no order): 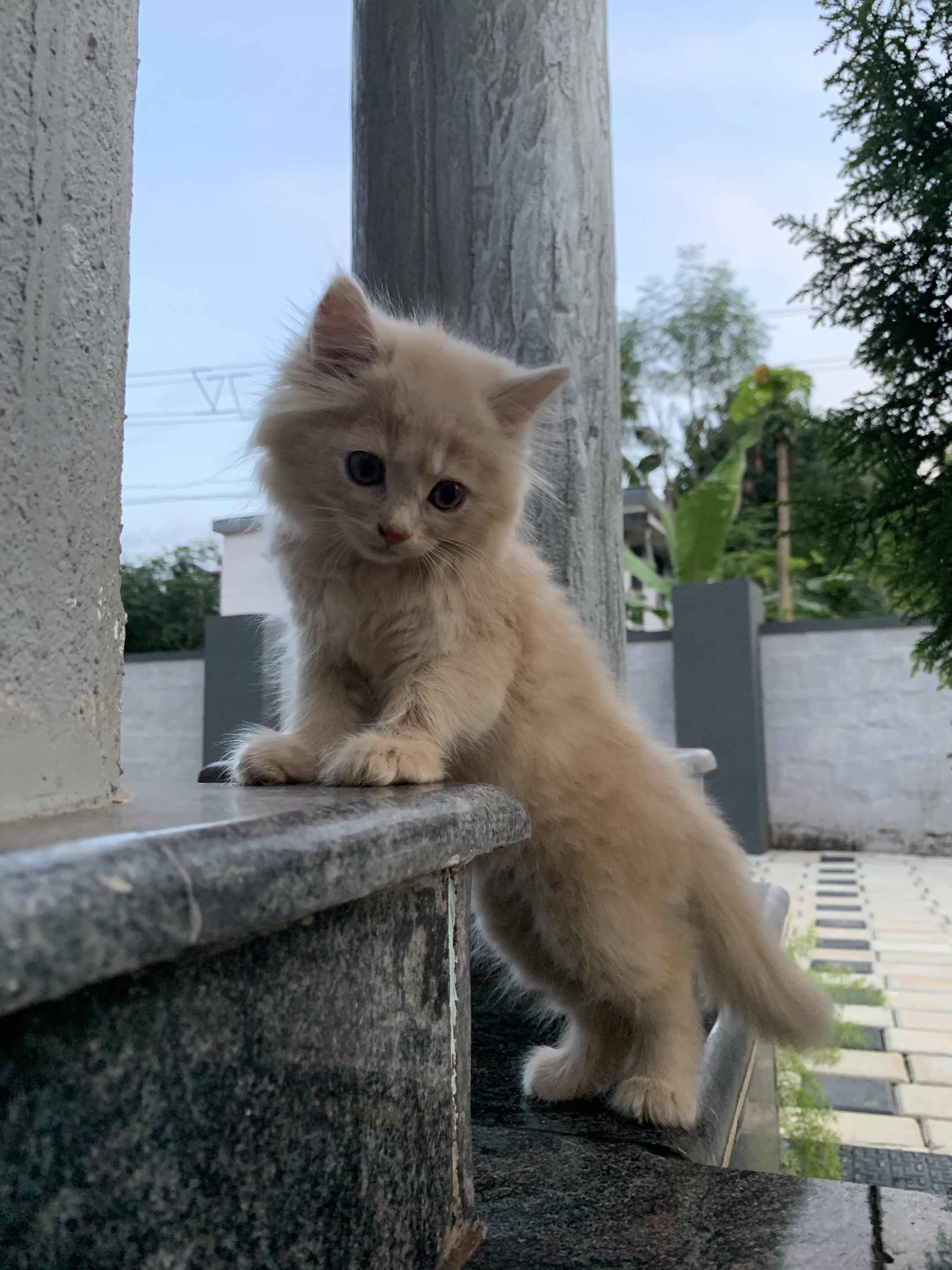 Few weeks ago, was woken by a phone call at about 5:13am by some snotty woman demanding I work the weekend when I don't even work for them or retail for that matter. This is how it all went down:

5:13 am phone wakes me up. "Hello?" "This is Terry from Bmart, Lucy you have to work this weekend!" Me trying to grasp reality as my brain is still sleeping and I dont know any Lucy, or this caller Terry. "Hey Terry, you dialed wrong number. Lose it please." I hang up the phone and almost drift back to sleep when it rings again and I stupidly answer it. Terry "You hang up on me again I will fire your butt! You are to work the weekend or find another job!!!!" No, she didn't say butt, she said much worse and now I decided to have some fun with this. The result was very lifting I might add. Caller had a southern accent so no clue how they could be even calling me to begin with. Me "Terry, if you want me in it's over time Saturdays, double time Sundays. I want this in writing or I will not come in!!!" Figured this would end the call and I could get back to sleep and only disturbance would be my daughter's cat who decided to pay me a visit and dig her claws into my covers, ignoring the fact shes sharpening them on me. I was dead wrong. I had to listen to Terry give me some spiel on company policy for full timers and open ability. I cut her off in mid sentence..... "Terry, I could care less about company policy!! You want me to work this weekend, you are paying me what I require and your putting this in writing!! Also, because you annoyed me by waking me twice, I now will only work double time Saturday and Tripple time Sundays.... Take it or leave it!! Oh, don't forget, thats $15.00 an hour!! That means $30 an hour Saturdays, $45 an hour Sun.........." I never got to finish saying Sunday, because this is what happened next... Terry "whly sht whly sht, I don't even make $15 an hour, why the hell do you!!!" Next thing I know, her yelling attracted other staff and I can hear yelling in the background of why the hell does she make $15 and I only get $9 with others in background yelling why is Lucy getting $15 and I could no longer make out who was saying what other then Terry telling someone I refuse to come in unless I get OT which is when some guy takes over the call. "This is Bill the general manager, Lucy, what is this about not coming in unless you get OT and where the hell are you getting $15 an hour from?" Me "You want me in, those are my terms! Stop calling and wa 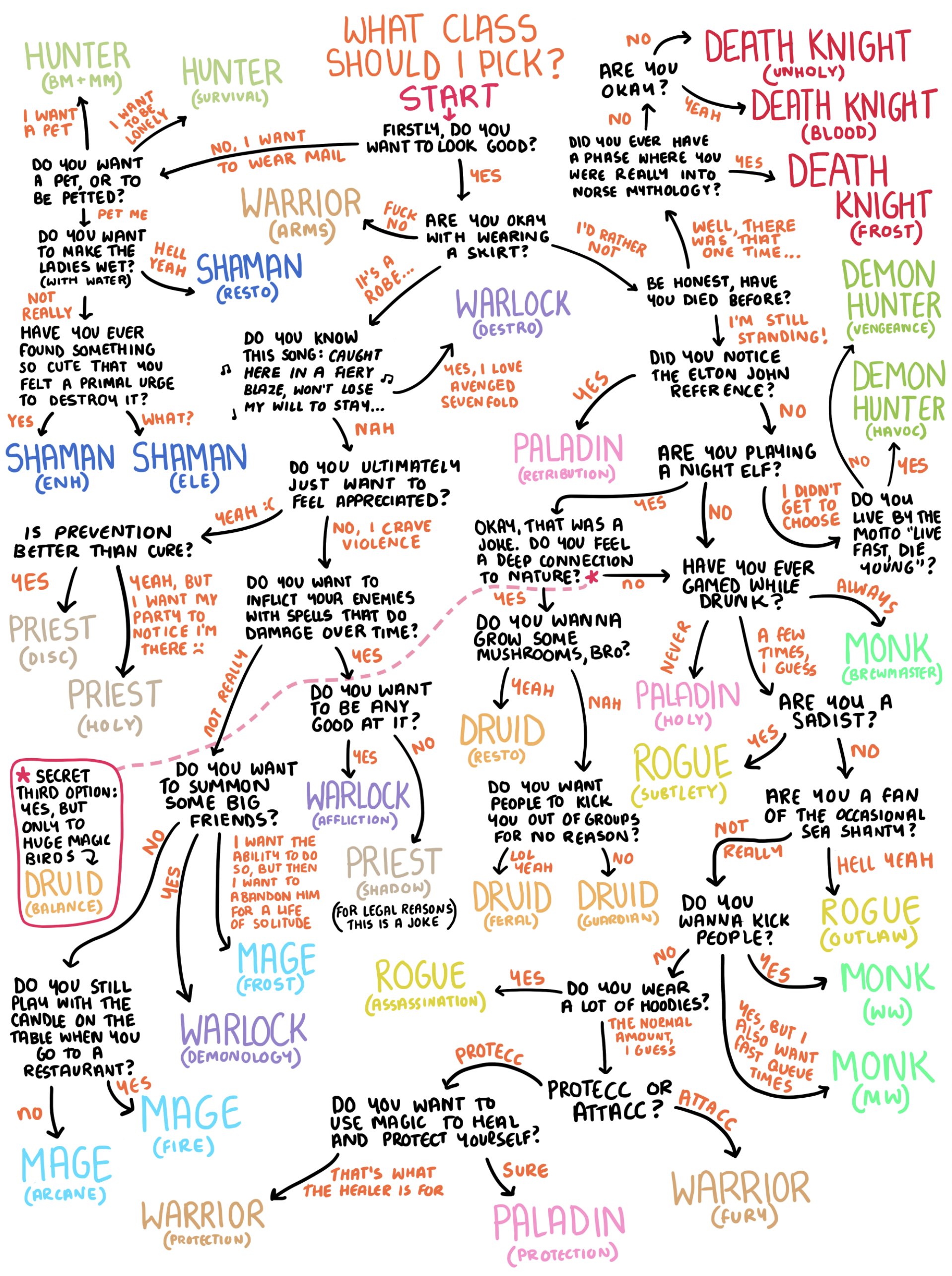 This happened tonight at a gig I was playing at, it was one of the worst cases of a choosing beggar I’ve ever witnessed. It was so rude it was actually just pretty hilarious.

So I’m playing a free gig put on by the local council. It’s an an outdoor amphitheater, so everyone can just come and enjoy a free 2 sets of live music. (This is in Western Australia hence no crowd restrictions). In the second set, after a few songs, the singer says that if people like the music then he has CDs. 1 song later, after we finish playing the tune, a woman comes up to the stage (in front of the entire audience, stopping the concert) and says “where is my free CD, I’m going now”. The singer was baffled and said “why did you think it was free?”. CB:”well how much is it then?” Singer: “I usually sell them for $10” CB: “I don’t have ten dollars on me and I’m going now so are you going to give me a free CD?” Singer: “I’ll think about it” CB: “you only have 10 seconds because I’m leaving” Singer:”ok bye”

The best bit is that the singer then announced on the microphone that this woman had stopped the concert because she wanted a free CD, and everyone in the audience basically laughed her out of the room.

👍︎ 9k
📰︎ r/ChoosingBeggars
💬︎
👤︎ u/hmitch94
🚨︎ report
Playstation: We want to thank gamers everywhere for making the PS5 launch our biggest console launch ever. Demand for PS5 is unprecedented, so we wanted to confirm that more PS5 inventory will be coming to retailers before the end of the year - please stay in touch with your local retailers. twitter.com/PlayStation/s…
👍︎ 26k
📰︎ r/PS5
💬︎
👤︎ u/Turbostrider27
🚨︎ report
I re-watched Robocop for the first time in ages and had forgotten how prescient and how darkly funny the movie is. I also forgot about the scene with the politician who holds everyone hostage and demands a recount.

I've seen Robocop numerous times in my life, but probably hadn't watched it in over ten years. It's very "80's" both in terms of the special effects but the general tone (back when people thought crime rates were going to continue to rise forever until society collapsed).

But most of it has held up incredibly well. The privatization of law enforcement. Planned obsolescence. Corporate military-industrial overlap. News programs that cheerfully gloss over atrocities. All of this was parody back in the 80s, but it's proven to be eerily accurate.

And while the timing was completely coincidental, it was an awkward few minutes on the couch for my wife and I while we watched a deranged politician hold City Hall hostage, demand free stuff from the city, and demand a recount...

Edit: Since this is getting some attention, Robocop is currently free on Prime if you have any interest in watching it yourself.

👍︎ 2k
📰︎ r/movies
💬︎
👤︎ u/WhiskingWhiskey
🚨︎ report
This is why you getting declined from groups , itsn't that you are bad its just there is too much demand 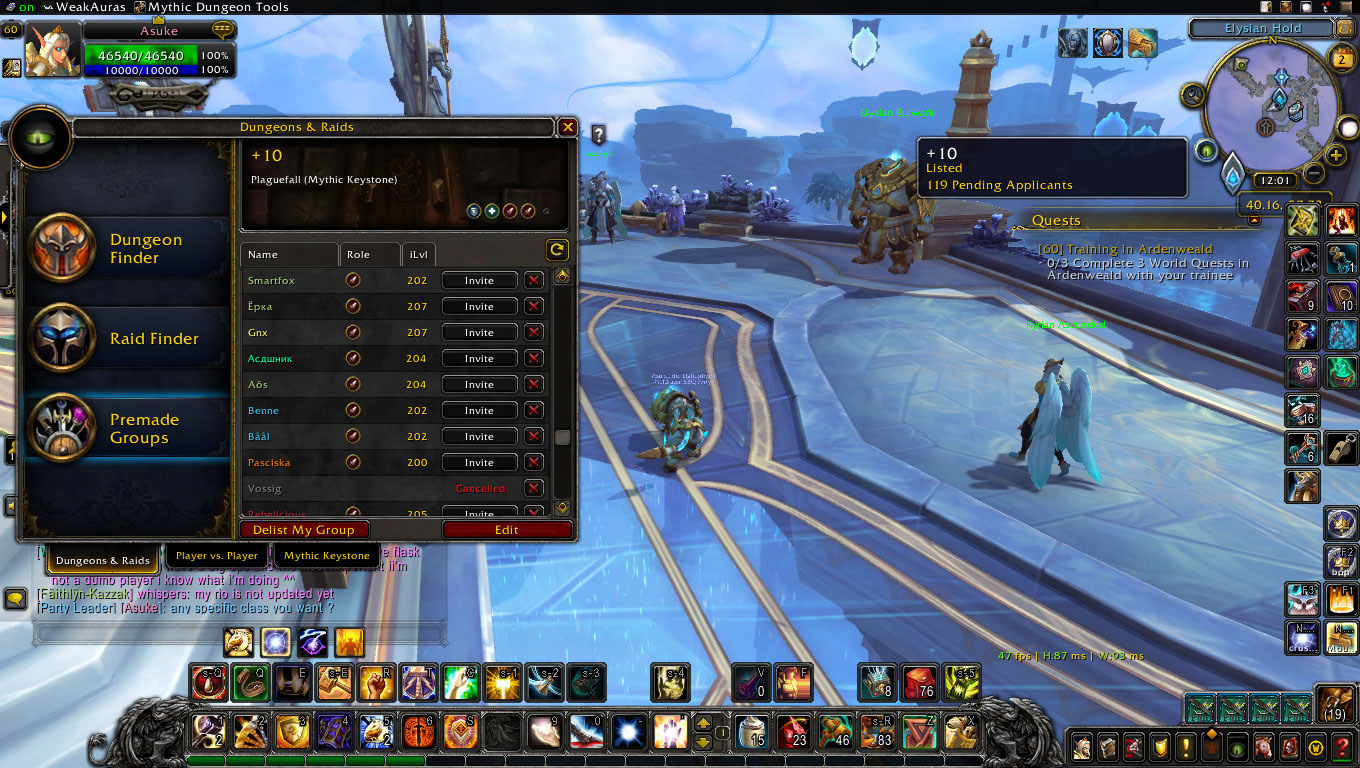 So for some background my(24F) Ex(26M) broke up when I was 19 years old (we were high School sweethearts) because he decided that cheating on me with multiple women was his right as I was at uni and couldn't be back in my home town except for the weekends so I left him fast forward to today I'm Married to DH(25M) and we have a son(6 months) who is our rainbow baby after 2 pregnancy losses and preterm labor turning emergency C-section.

My DH an I are just getting back to a normal(ish) routine after NICU then ICU a lot of Dr's and finally have our baby safe and sound.

DH and I are sitting on our front porch talking while LO was down for a nap. Out of nowhere I got a text from a unknown number, checked the profile account and it is ex first time he contacted me in about 2 years after begging me to divorce my husband, (but that is an entirely different story for another time) so I get this text from my ex explaining how he had a daughter and he fell on tough times as his ex(mother of his kid) has left them and that he needed $1600 from me for his daughters schooling and that I owe him at least that much. Mind you this kid is 6 years old meaning he had this kid when we were still together never told me nor have I ever heard of or met this kid but he has sent pictures of them together.

I tell him no and that my DH and I have our own LO to take care of. And now he is fuming. Later I get a call from his mother, his brother, his uncle and a hand full of mutual friends we had while dating. All of them telling me I'm the asshol and this is about what his kid deserves this and I'm being a bitch for not giving him the money.

I feel conflicted about this as this is not my kid I don't even know this kid what should I do? AITA? 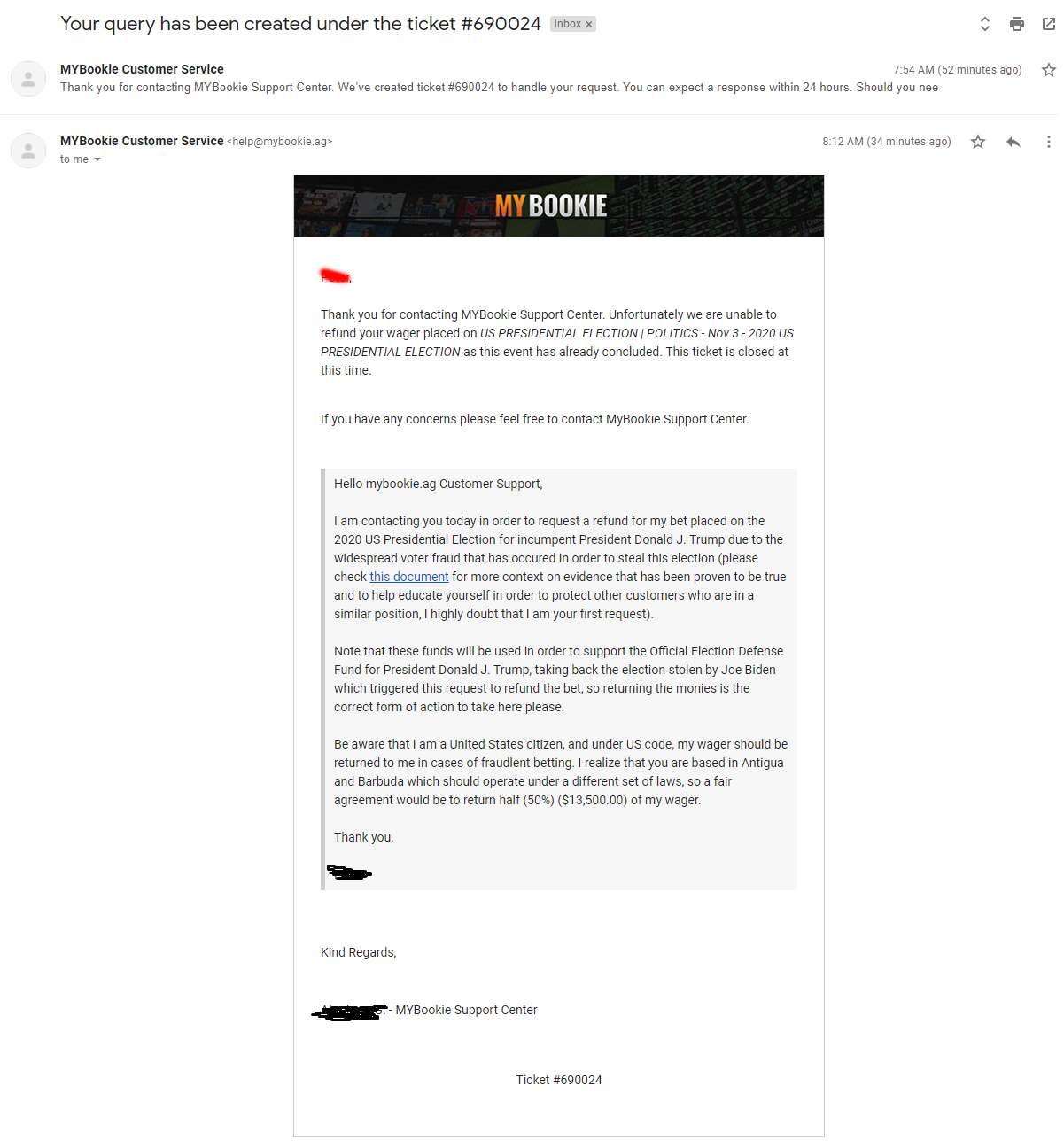