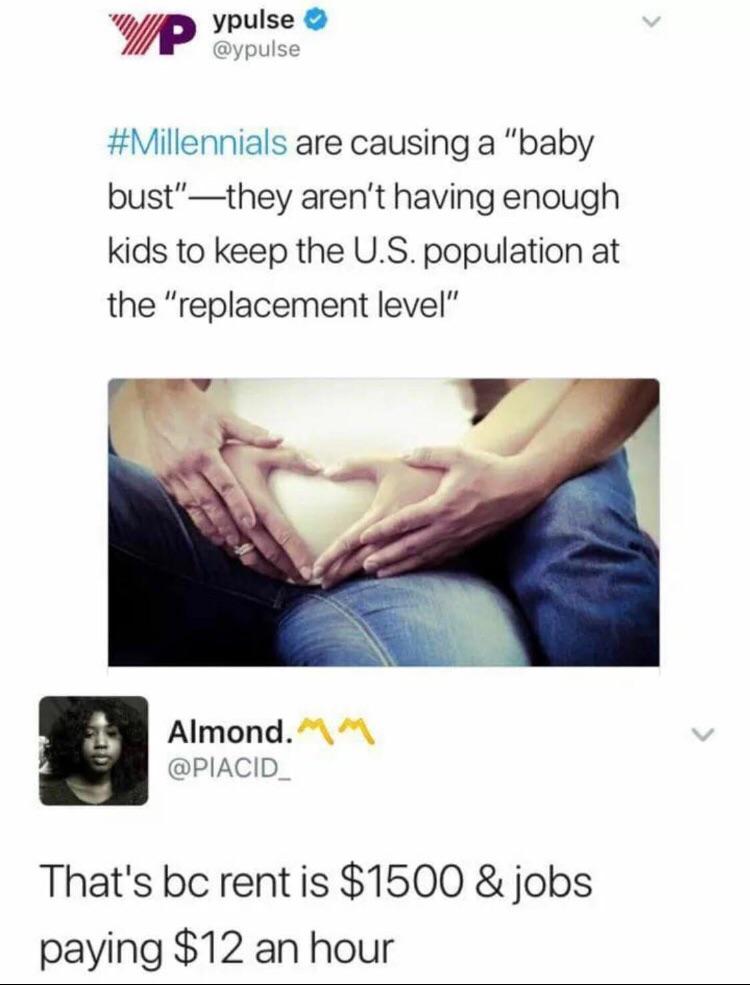 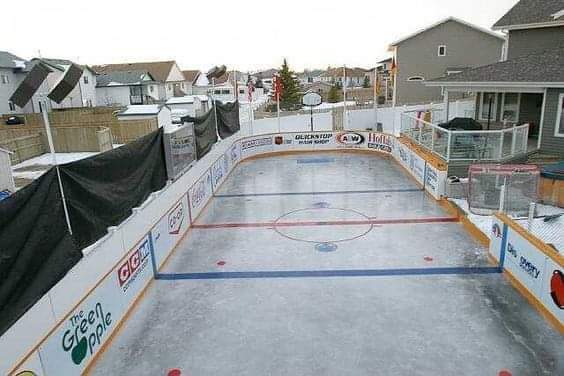 👍︎ 129
📰︎ r/BravoRealHousewives
💬︎
👤︎ u/amandatoryy
🚨︎ report
[Left-wing Misogyny] "Someone needs to fucking deck her" — Conservative, blonde woman harassed by many leftist Antifa for supporting police v.redd.it/1kxzjsn96x061
👍︎ 5k
📰︎ r/ActualPublicFreakouts
💬︎
👤︎ u/MountVernonWest
🚨︎ report
I have spent over 15 years collecting and I have finally reached a milestone of two-hundred banlist legal playable decks!! If you all have questions AMA! I love to talk Yugioh with anyone. 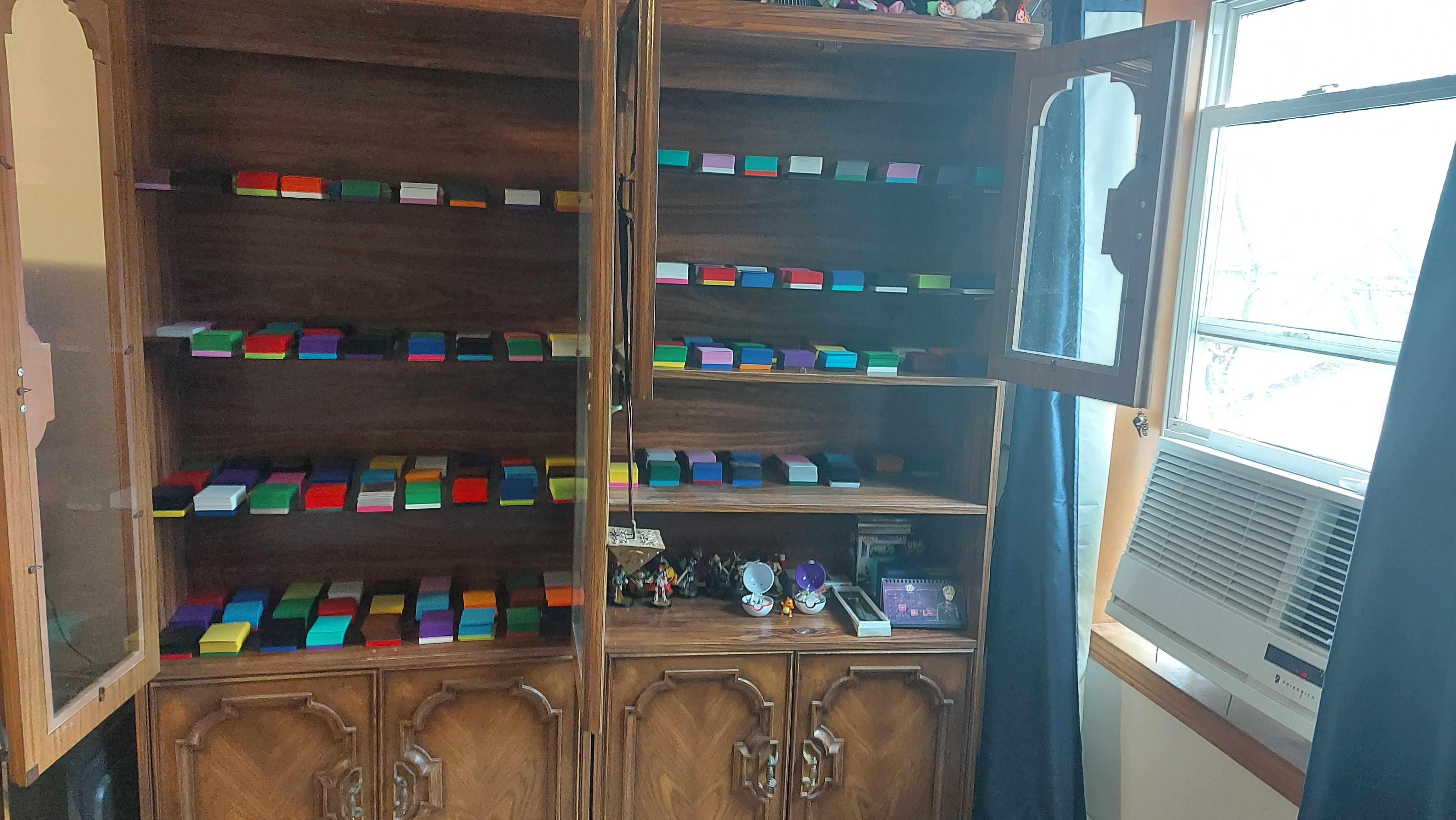 I just picked the game up exactly one week ago and I'm having a blast. I can't believe the value you get. I probably didn't have to pay $20, but I wanted a few cards quicker for a deck I wanted to play, and wanted to support the game. But enough about my experience with Legends of Runeterra, how has Hearthstone been?

Welcome to the Madness at the Darkmoon Faire Reddit Deck Building contest! The most upvoted decks submitted will be played by creators during Theorycrafting Livestreams tomorrow! Here’s how it works:

What’s more, if your deck is one of the top 20 most upvoted, you’ll get a Madness at the Darkmoon Faire Mega Bundle code!

On November 12, Hearthstone creators will showcase the Madness at the Darkmoon Faire set 5 days before launch on their personal channels. This time around, things will be a little bit different. Participating creators will be required to have at least 10 cards from the new Madness at the Darkmoon Faire expansion included in each deck, and duplicate cards are allowed (such as x2 of 5 cards).

They’ll also be running Twitch Drops throughout the day! Head over to the Pre-Launch Party blog to learn more about Twitch Drops, Theorycrafting Livestreams, and the rest of what Blizzard has planned for the community in the lead up to the launch of the expansion.

It's possible to get what the commanders at the front of the box do, but I am not good at it. 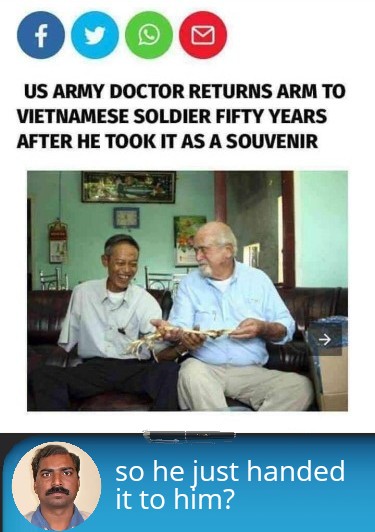 👍︎ 15k
📰︎ r/memes
💬︎
👤︎ u/nirputter
🚨︎ report
Has anyone else been discouraged to brew new decks since Covid has made FNM sparse?

I love playing EDH with my friends. Last year we would have FNM at least twice a month. I would always be brewing and talking about the latest sets and stuff.

This year there’s ton of stuff. Earlier this year my group started playing over discord with our cameras at our desks. But as the year has gone on we barely play anymore. Mainly cuz video games has been an easier way to play together without having to get together but still, I miss FNM. Also with my group one of the main guys moved out of state and found a new playgroup.

Anyway, just kinda thinking about how I want to brew new decks with the new commander legends but at the same time it depresses me to do so since I know I probably won’t play EDH any time soon. 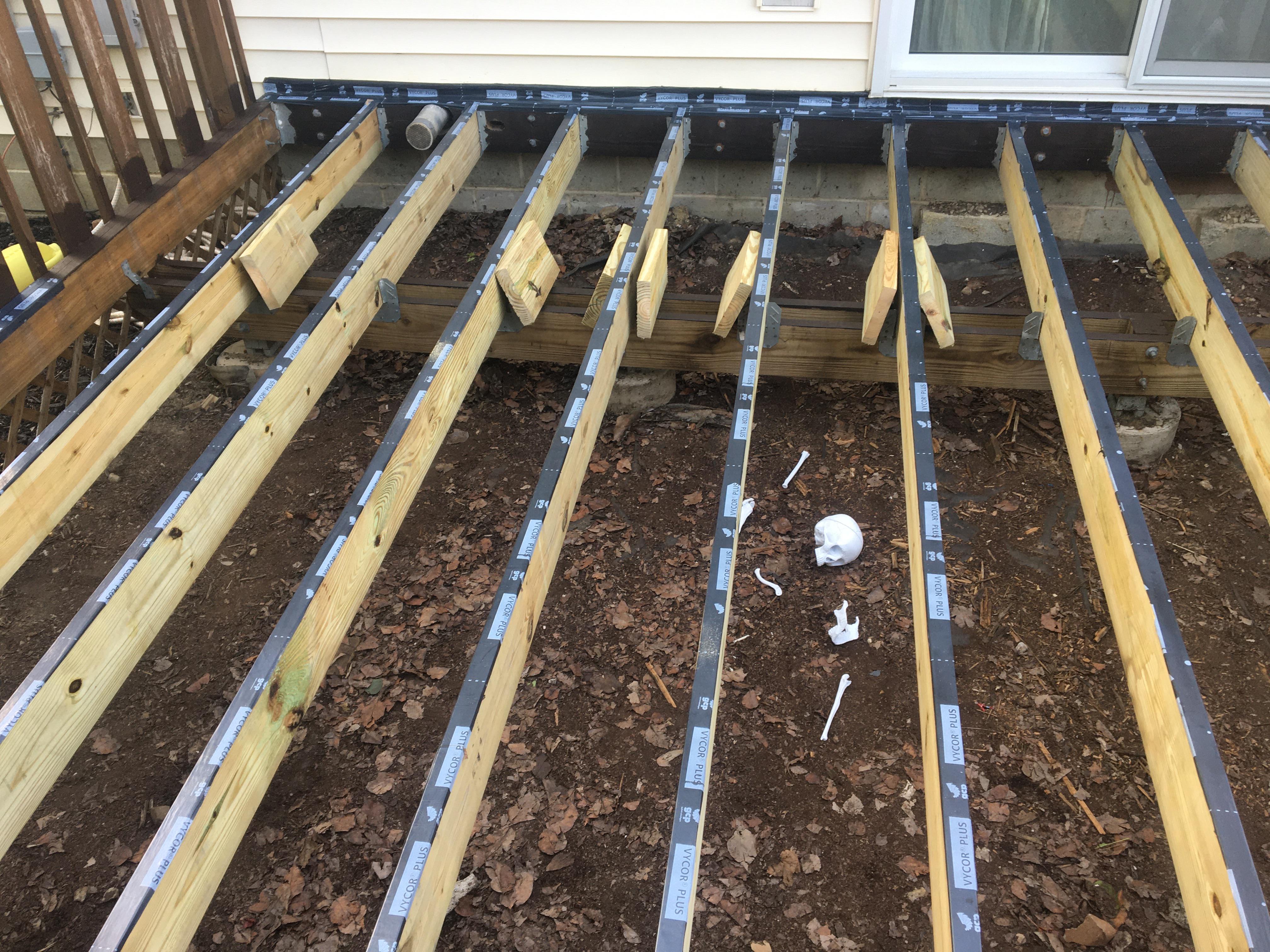 👍︎ 6k
📰︎ r/3Dprinting
💬︎
👤︎ u/RocGmork
🚨︎ report
Was always afraid to play Dimir because it seemed that no one like to play against it, but playing the Anowon precon; I’ve had an incredible amount of fun! What’s some other fun Dimir commanders that are fun to play that I could build a deck around?

I’ve been playing Gisa and Geralf zombie tribal and so far it’s my favorite deck i’ve made/played to this day. I’m looking for more dimir shenanigans that are equally fun or have similar systems in place that don’t really require that i revolve my deck around group mill.

I’ve thought about making an Araumi deck because she looks like so much fun to play, and I can do it without milling out my friends too much.

👍︎ 442
📰︎ r/EDH
💬︎
👤︎ u/CDiggums
🚨︎ report
From a few years ago...view from my seat at the inaugural Carrier Classic in San Diego. UNC vs. MSU. On the deck of the USS Carl Vinson aircraft carrier. 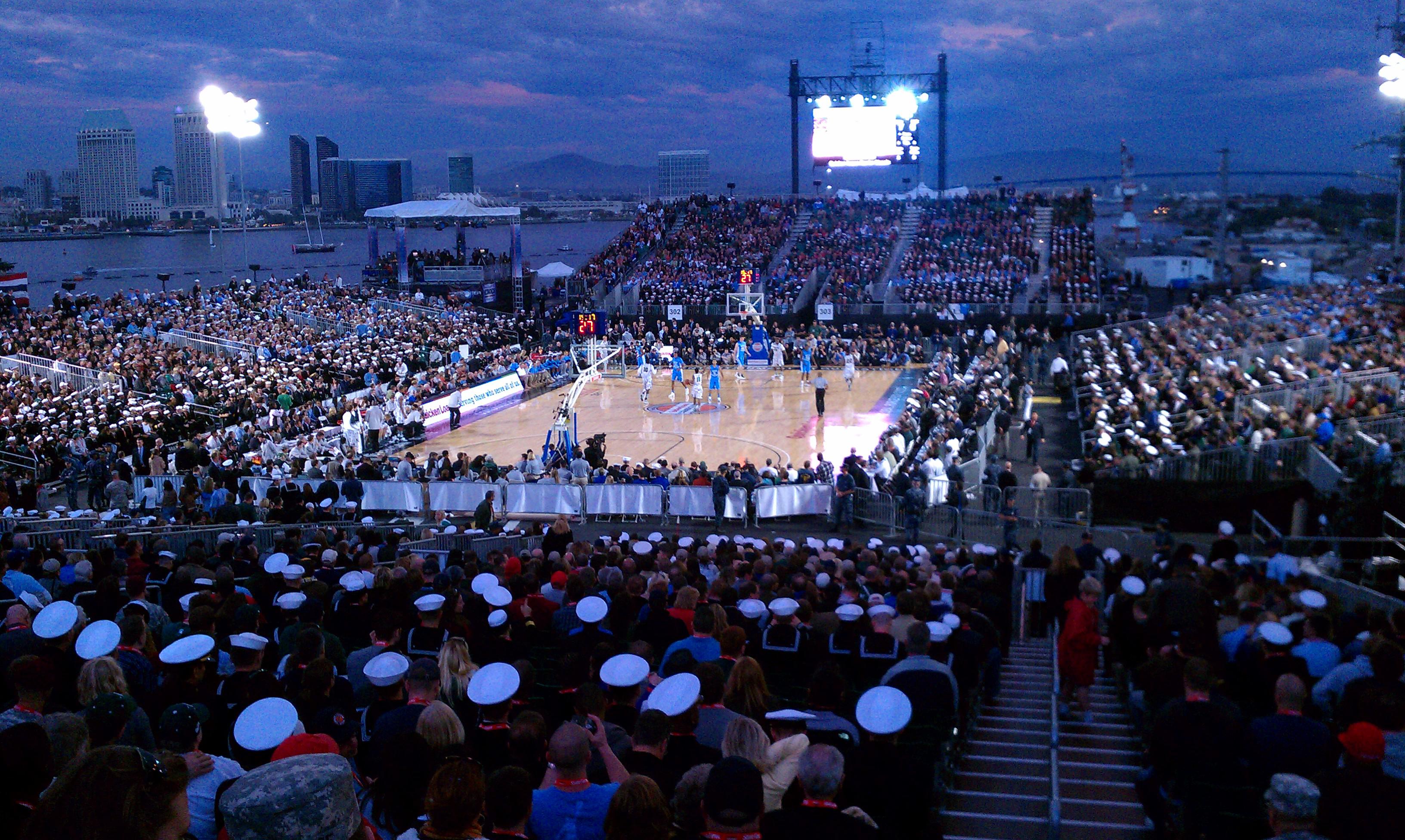 I'm looking for commanders that enhance a strategy such as teysa karlov, yarok and such rather than be the strategy all together like araumi of the dead tide or omnath the locus of rage.

Any suggestions are appreciated, thanks! 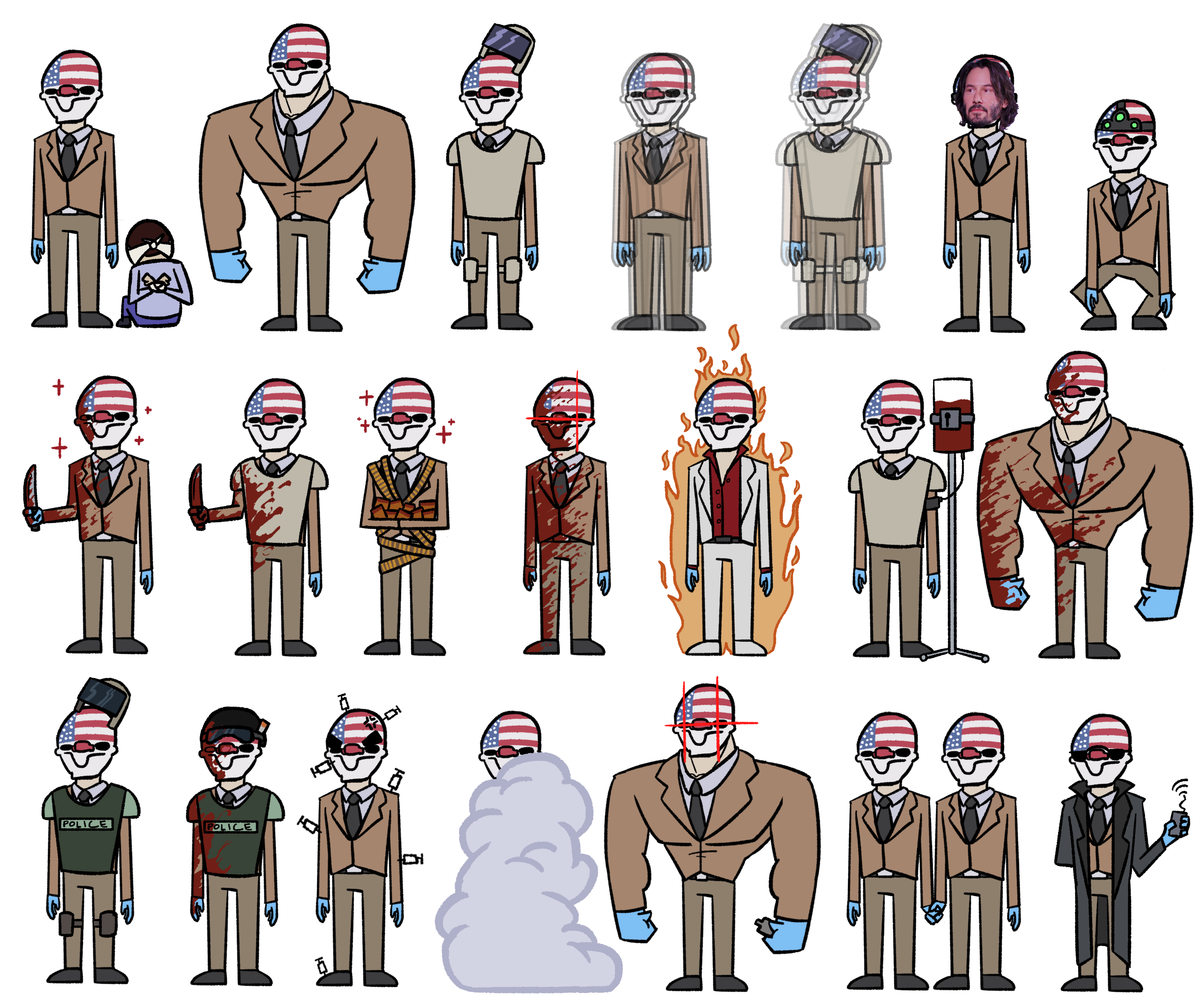 I have, with the help of some veteran friends, ordered cards for my first Commander deck. I am going to be using [[Hamza, guardian of arashin]] as my commander.

When I receive my cards, what do i do? How do i go about choosing which of the 161 go into the final deck? How do I find out what works and what doesn’t when i right now, don’t have anyone to play with/against?

Help a newbie out! Thanks already!

After a caviar mishap, the primary’s 50th birthday dinner teeters on the edge of disaster, and Rachel finds herself embroiled in interior drama. As Shane’s career hangs on by a thread, Francesca’s frustrations with Elizabeth build.

👍︎ 34
📰︎ r/belowdeck
💬︎
👤︎ u/teanailpolish
🚨︎ report
Got sick of this organizing decks all over the table for Gloomhaven JoTL. $15 and 2 hours later and... reddit.com/gallery/k9ugrm
👍︎ 1k
📰︎ r/boardgames
💬︎
👤︎ u/psychonauticwarrior
🚨︎ report
I said my deck was a tool of justice. Not used in anger. Not used for vengeance. But now... Now I'm not so sure. And besides, this isn't my deck. 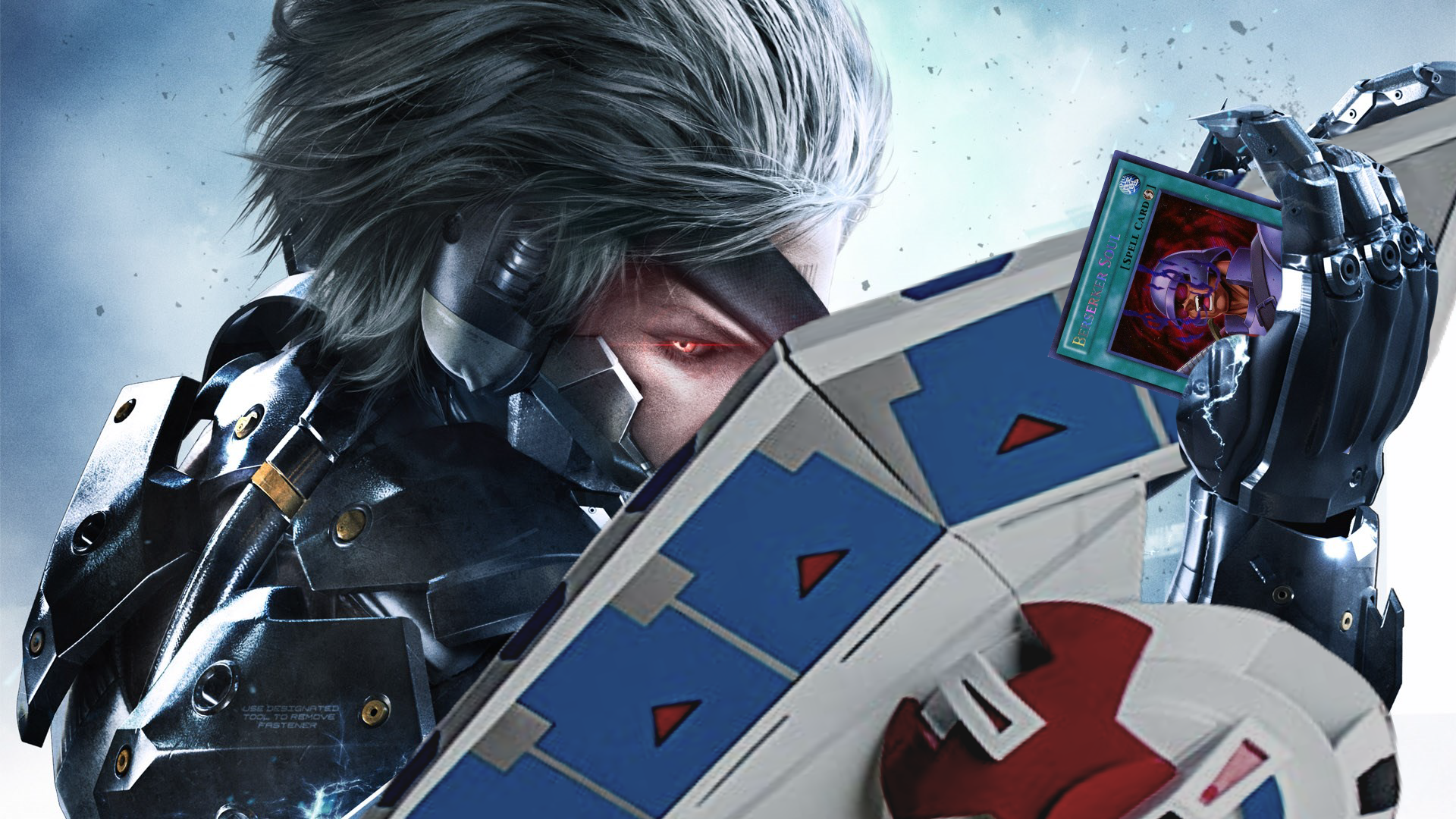 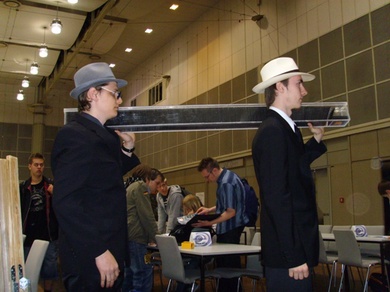 👍︎ 2k
📰︎ r/magicthecirclejerking
💬︎
👤︎ u/gaufowl
🚨︎ report
It feels so bad to open 100 packs out of megabundle and having to choose 1 competitive deck to go for because you have so little.

Just had to vent.

The non duplicates were good, but not near enough. Legendaries and epics are so expensive. Opened 100 packs and I can barely try one new cool deck with other being bad budget versions. Even tho I got 7, 8 legendaries, there are so many and so many previous ones to every deck.

I reckon that this is a common feeling, but it was the first time I got one of those megabundles. Guess I will never again.

EDIT: This is the first time I pre-ordered, so, please don't come at me as if I have being doing this all my life. The pre-order deal seemed really nice this time with all the expectations we had before the disastrous rewarded system and that sweet Nztoh portrait.

EDIT 2: I've being playing for some time and spending some money here and there, I have many cards from previous X-Pac. The point is: I felt like if I paid this much money I would get more and more excitement. It just feels like a huge waste of money. It was my choice, but I'm just venting that I regret it.

EDIT 3: I think the epics hit even harder. There are so many and they usually find home in just one deck. You have to dust a legendary to make one epic, it is just too sad. 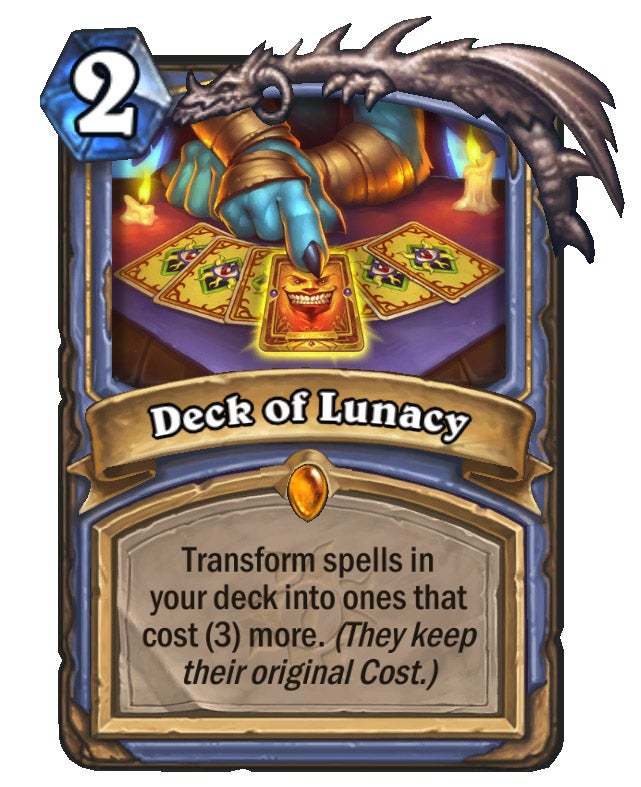 I have 8 commanders and all of them see play but one which is my Ezuri elfball deck. And it's not that it isn't fun, I just always forget to grab it when I go to play. I know I should probably take it apart as there are some good cards in it that I could use for other decks but I just can't bring myself to do it. Anyone else have a deck(s) like that?

👍︎ 416
📰︎ r/EDH
💬︎
👤︎ u/ADWinri
🚨︎ report
I made a vaporware card for my occult deck about crossroads. While the color scheme is not pink or neon, I think it turned out. 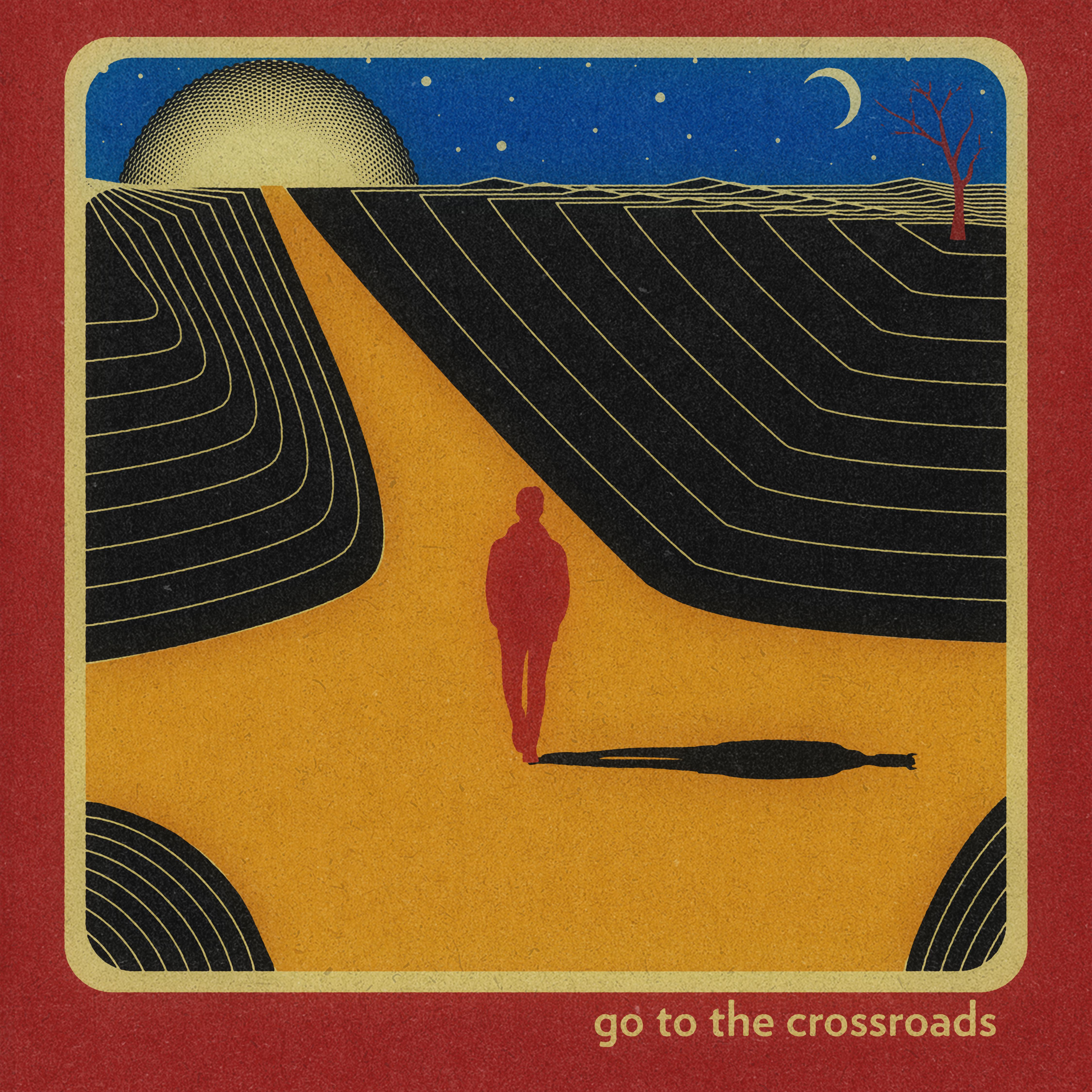 👍︎ 4k
📰︎ r/VaporwaveAesthetics
💬︎
👤︎ u/neeffneeff
🚨︎ report
You're not gonna believe this, Tony. He sent 16 people to the Shadow Realm. The guy was a superior deck-o-maker. 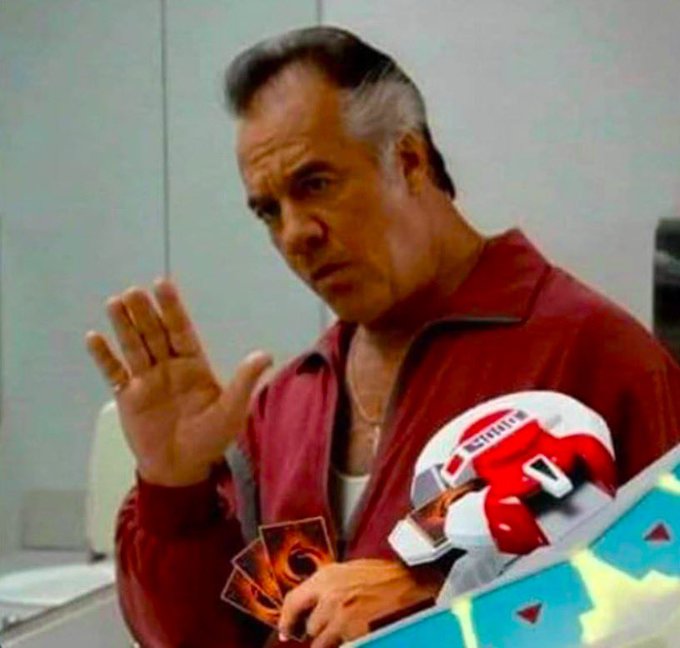 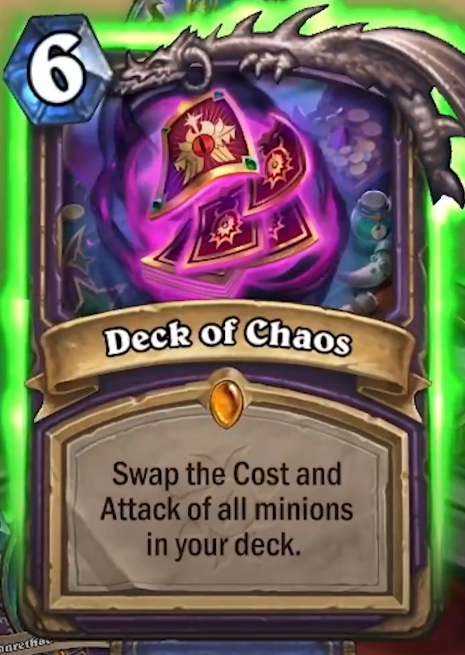 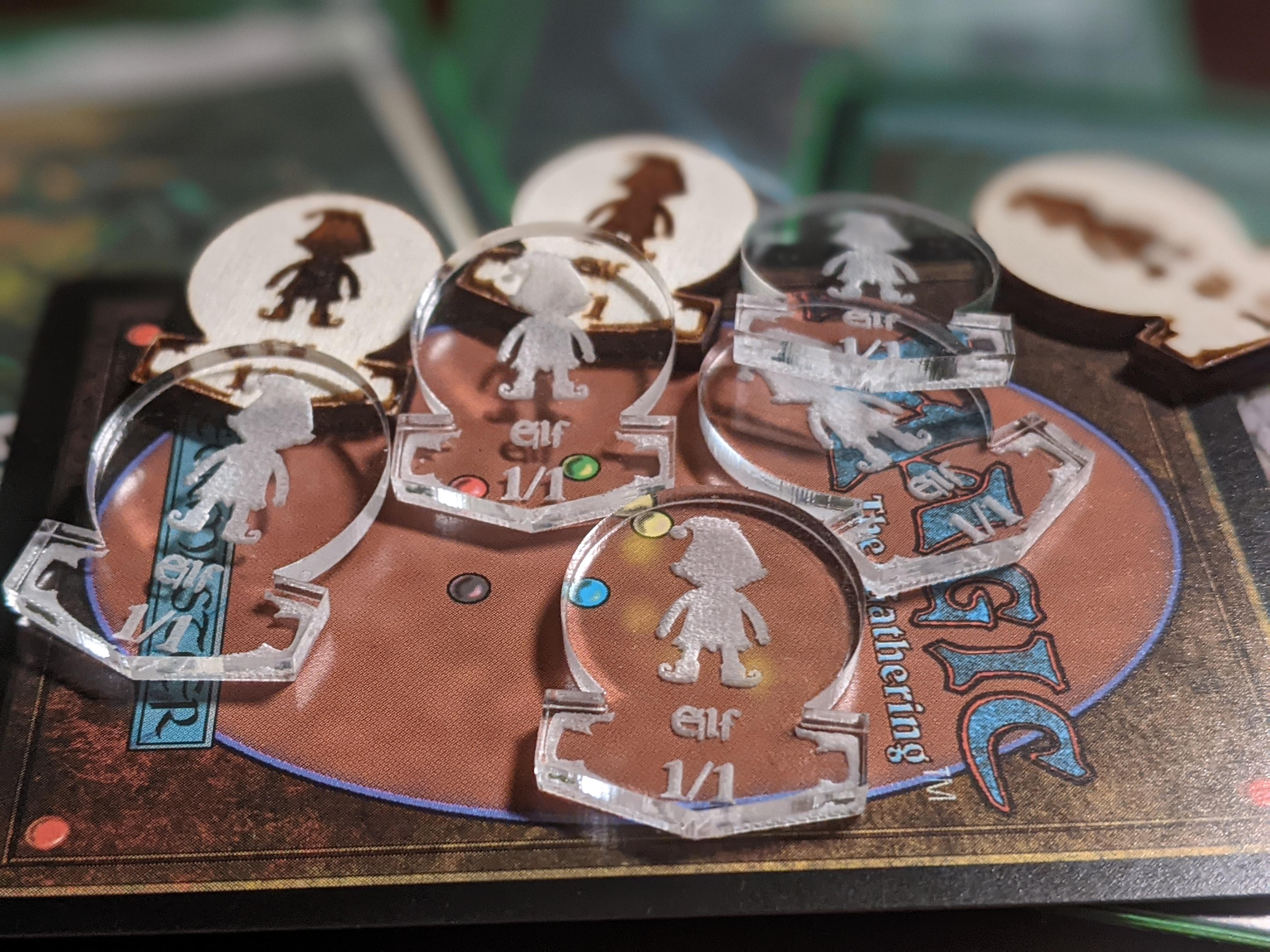 👍︎ 3k
📰︎ r/magicTCG
💬︎
👤︎ u/dennispr
🚨︎ report
Bradley appeared under our deck one day. Now he is a cherished member of our family ❤️ 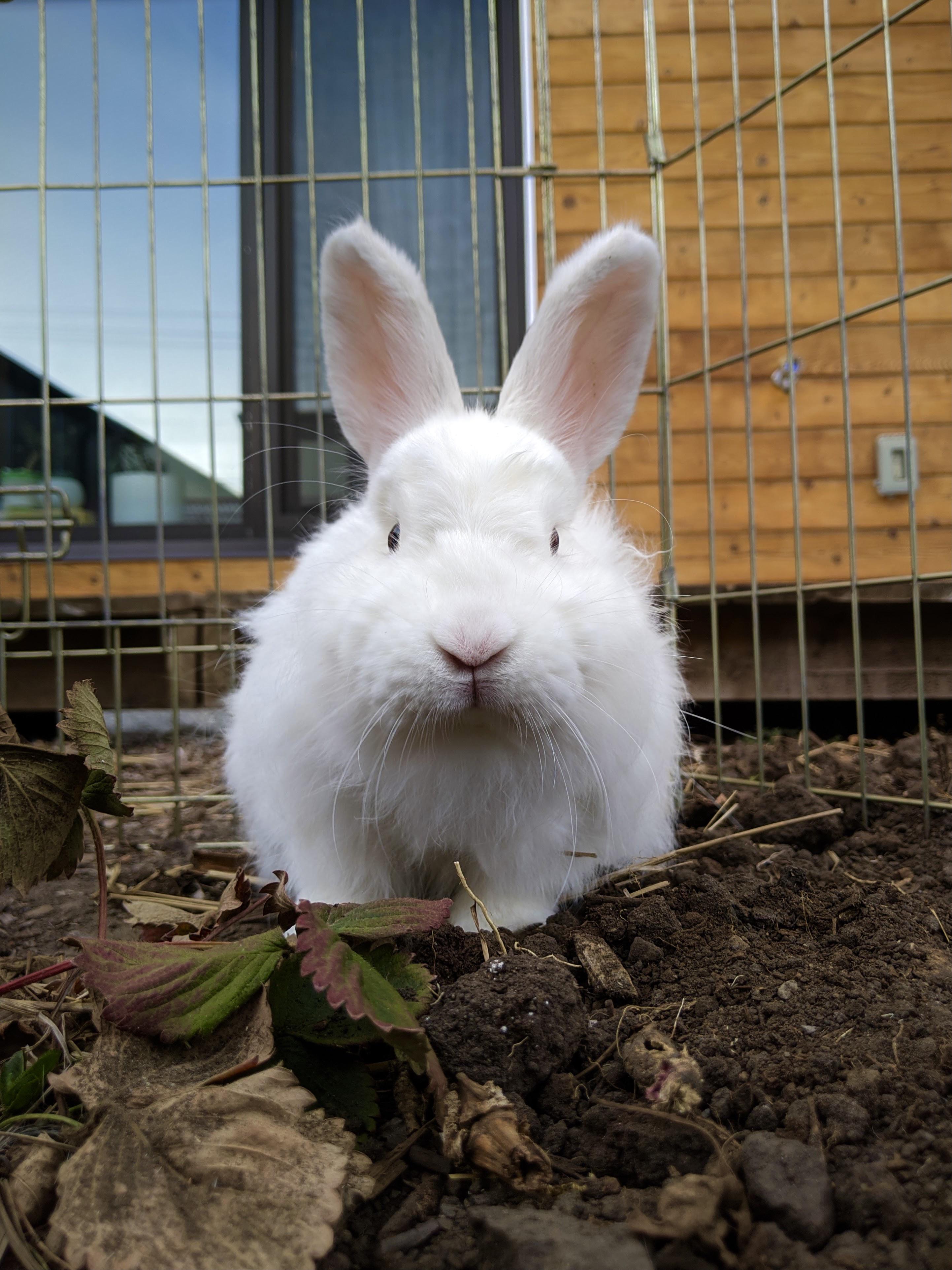 That's all. Imagine how good those decks would have been without the nerfs. Although I guess they'd have to compete with Oko/Uro/OuaT decks, which would also be pretty disgusting... 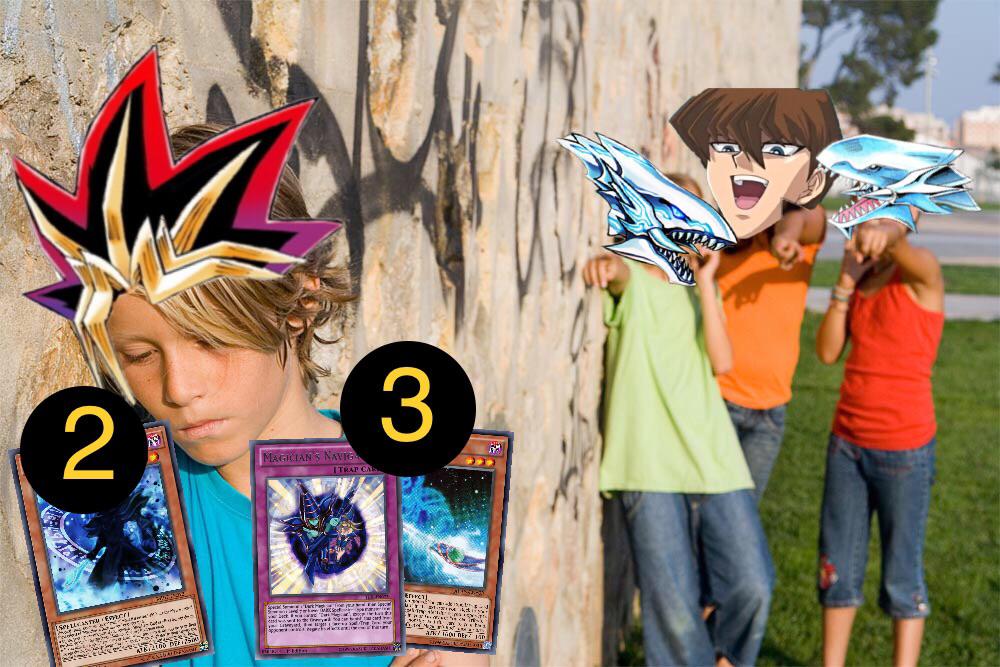 It doesn’t really look like he did anything wrong, he just ate sushi off a nude model and was drunk the whole time. Honestly it just seems like Marcus Arroyo is being a huge poopy-pants about the whole thing. 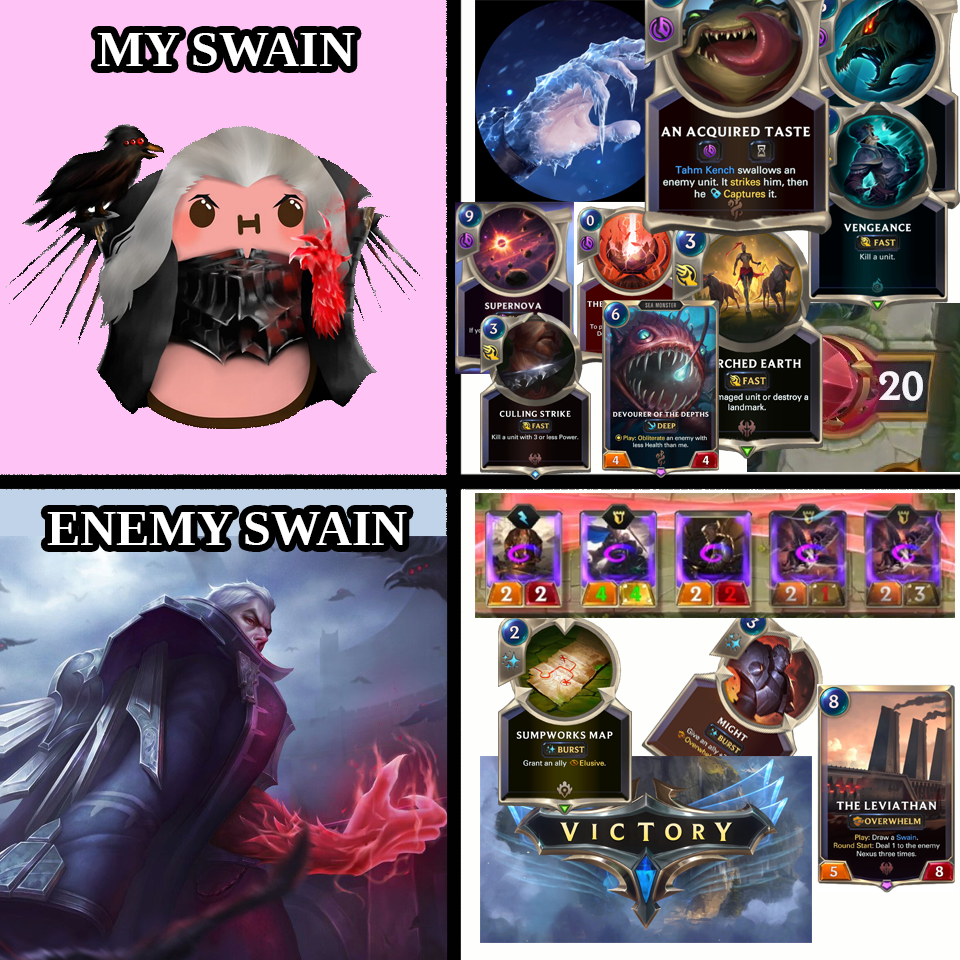 👍︎ 2k
📰︎ r/LegendsOfRuneterra
💬︎
👤︎ u/rose-coloured-ink
🚨︎ report
Organising My Decks reddit.com/gallery/k7sv4t
👍︎ 963
📰︎ r/magicTCG
💬︎
👤︎ u/whatthewhaaaaaaat
🚨︎ report
Izzy’s no Malia. Izzy works on the deck and is doing what seems to be a great job... but where is her snotty attitude? Where is her sense of superiority? She has yet to tell us how amazing she is. Malia would be disappointed. 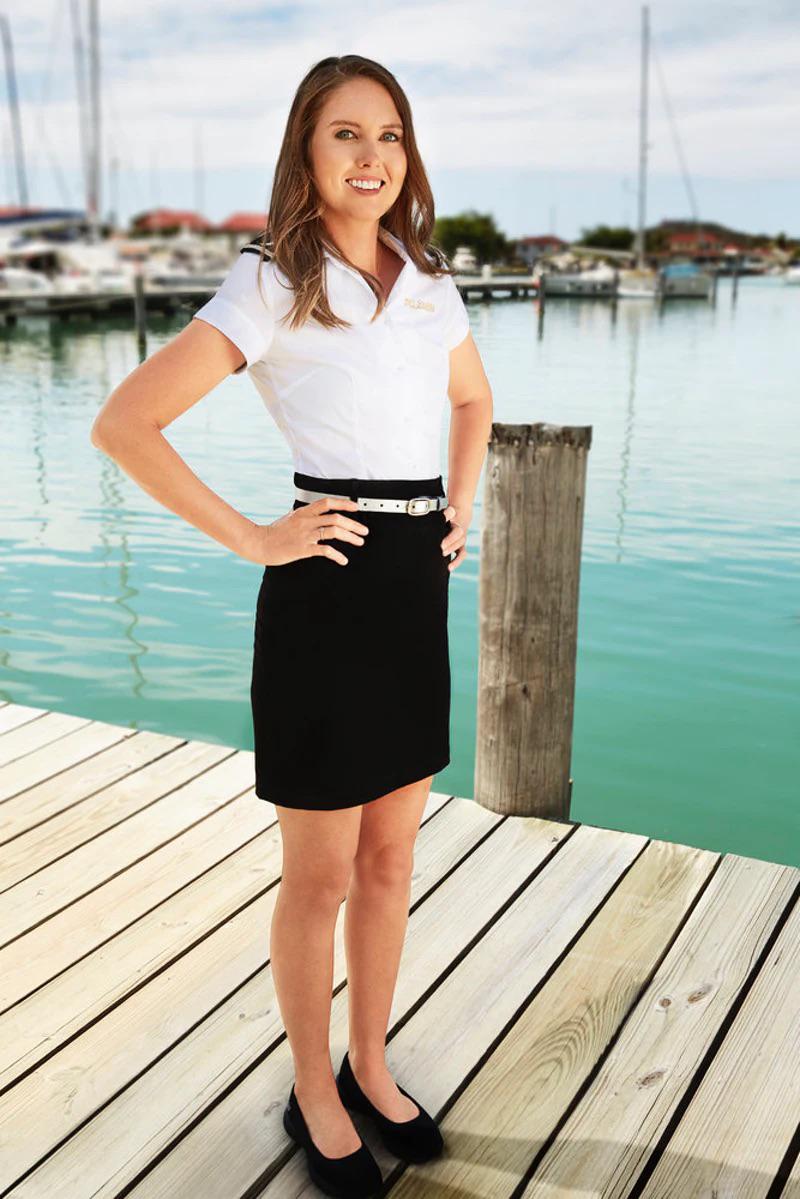 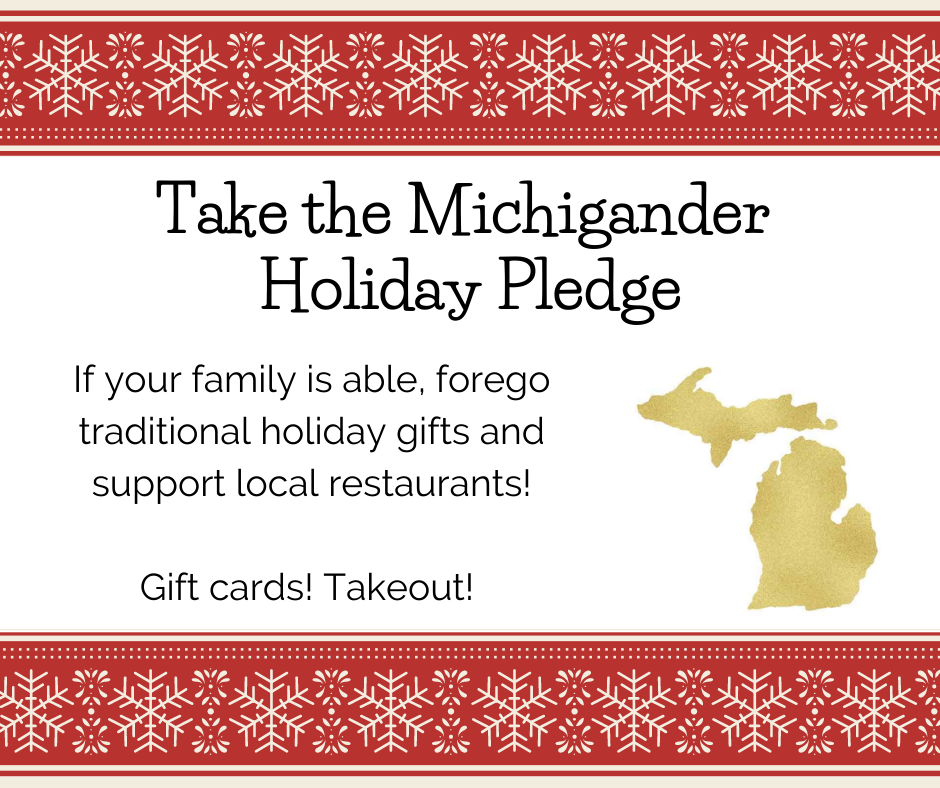 After a caviar mishap, the primary’s 50th birthday dinner teeters on the edge of disaster, and Rachel finds herself embroiled in interior drama. As Shane’s career hangs on by a thread, Francesca’s frustrations with Elizabeth build.