I (23f) have my sister staying with me right now, as our parents are divorcing. She's 17, still in school & unemployed. She has friends from sixth form, who range from 16-19.

She had a few friends over last week. I was at work so I'm not clear on the specifics but I came home and my dance pole, which I use for working out, was broken. It's dented all over, and the catch that changes it from static to spinning no longer works, and the stage is cracked. It's freestanding, so it wasn't bolted into the ceiling or anything, just the pole and stand, but they did manage to scrape the wall with it as it fell. I still haven't gotten the full, uncensored, story out of her yet, but it sounds like one of her friends ran at the pole with the intention of gripping it, and because it wasn't fixed in, they ended up tackling it instead, causing it to fall, scraping the wall and denting the pole in the process. If it was set up for use, their attempt would have worked, but it wasn't set up properly. The pole was good quality metal, too, so they must have launched themselves at it and landed on it in order to dent it this badly.

The pole, bought from new, cost me about £300. I'm looking for the receipt to confirm the exact price but I googled the same pole and brand and £300 looks about right.

She receives money from our parents, as do I (to pay for her), and she's old enough to get a job, so I've said that I expect her to either get a job to pay me back, use the money our parents give her to pay me back, or I'll find some manual labour for her to do (eg repainting the newly scraped wall) to make it up.

She has said that this is grossly unfair as she didn't do it, to which I responded that she had people over and didn't stop whoever did do it, and she's said that I can't expect her to pull together £300 when she's unemployed or devote time/energy to fixing up the flat when she's studying, and I'm being unreasonable, petty, and just plain mean. I've said she didn't cause it, but she created the situation, so I expect her to take responsibility for the loss, either financially or with chores.

Our mother then offered me £350 to get a new pole and fix the wall. I refused because if mum bails her out, my sister won't take responsibility or learn from this.

My mother and sister I am being an arsehole, that it shouldn't matter where the money came from, that I'm trying to exert power over my sister as she has to live with me, and the comment about bailing her out is ins

👍︎ 5k
📰︎ r/AmItheAsshole
💬︎
👤︎ u/AITAdancepole
🚨︎ report
My partner and I can't get married irl in our country, so we did it in-game. I was mad because I had secretly crafted a ring to propose before my fav event (Dance of the Moonlight Jellies) and this idiot ruined my plans by cornering me with a ring a week before that. Happy lesbian visibility week! 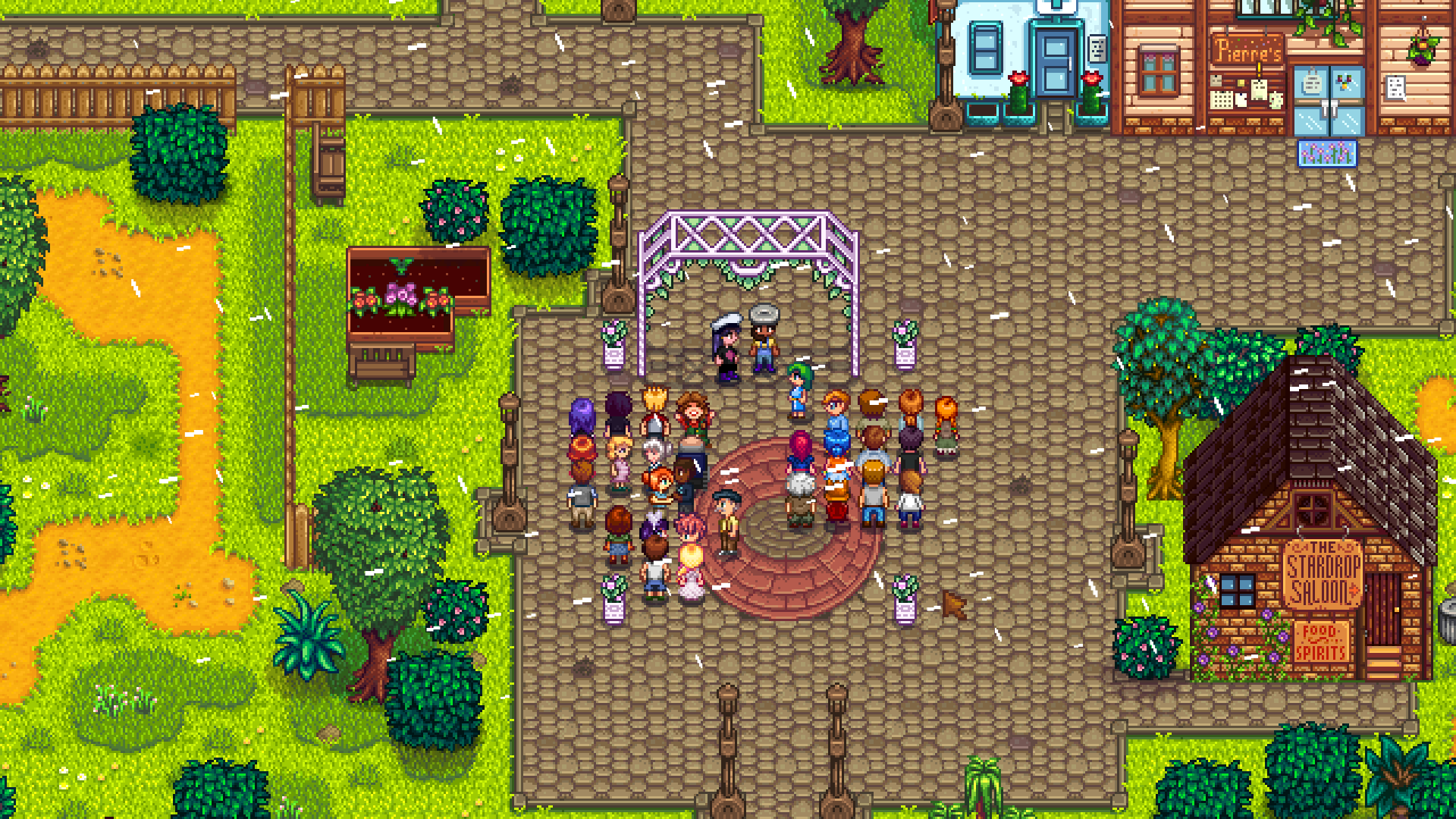 Don't send shit to their headquarters. Don't call them. Don't email them.

You want to give the media MORE fuel in calling us the enemy? Seriously, stop it. Don't fucking dance.

Hodl. That's what we do.

👍︎ 2k
📰︎ r/asoiaf
💬︎
👤︎ u/Metron1992
🚨︎ report
The tide is turning, sea levels rising and the flood will soon be upon us. Apes are on the Arc, but the world is not. So, just remember on the day of reckoning take comfort knowing you were right but please ... DON’T DANCE. We are one. 👩🏿‍🤝‍👩🏻👨🏾‍🤝‍👨🏼 Profit to the People. Power to the Players. 💎✊ 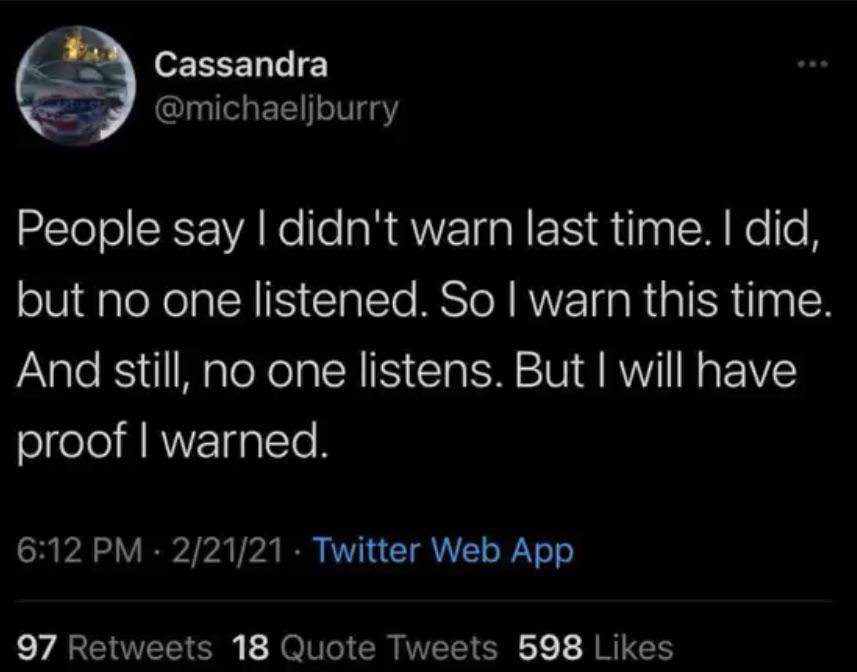 Dance of Darkness: The SEC and Dark Pools

Hello everyone, as requested I am trying again to get this on r/Superstonk so this stays documented, and allows the light of transparency to be shone upon Darkpools, hopefully this time it uploads, and if it does, enjoy:

Hello everyone, thank you in advance for your patience and for reading this thesis on dark pools and the SEC. First, please note that this is strictly not financial advice and just research I have compiled over weeks for entertainment purposes—it's all-public information and not intended to affect the price action of any stock in any way, shape, or form.

The article will be divided into 3 major parts: SEC and the financial derivatives market, dark pools of credit swaps and synthetic shares today, FUD dispersal, and legal ramifications of naked shorting. I was motivated to write this article as a result of two conditions: the ongoing process of appointing Gary Gensler as the SEC chairman, and the revelation of the existence of massive dark pool trading certain meme stocks, in an effort, to bamboozle the retail investor.

Gary Gensler, the former chairman of the CTFC (Commodities Trading Futures Commission) is currently in the process of being appointed the SEC chairman. Currently, the senate banking committee has approved Gensler at a 14-10 vote (https://www.investmentnews.com/senate-banking-committee-approves-gensler-nomination-203813 , https://www.c-span.org/video/?509429-1/sec-chair-cfpb-director-confirmation-hearing ), and he will be voted on by the Senate proper in a weeks time on April 12th (https://www.thinkadvisor.com/2021/03/31/schwab-expects-activist-sec-under-gensler-senate-sets-confirmation-vote-date/) . He is expected to have bipartisan support and to be sworn in as the new SEC chairman. Gary Gensler is extraordinarily hated by Wall Street for a couple of reasons, the primary being that he is a hard-nosed regulator interested in the transparency of the marketplace and democratizing the information within it in favor of the little guy. This fundamentally goes against the closed country club nature of Wall Street, which is shown by the enforcement of the Dodd-Fran 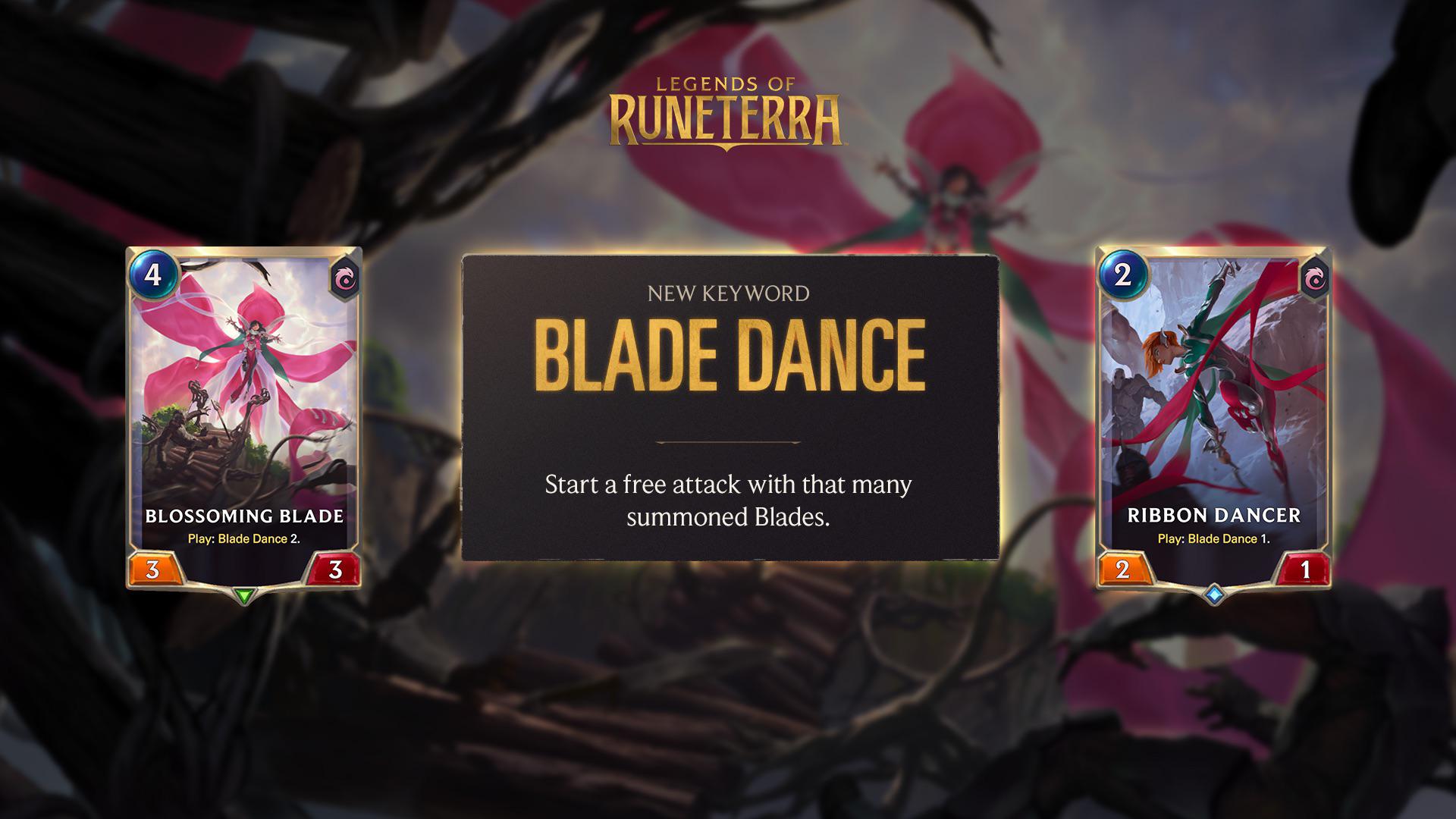 👍︎ 16k
📰︎ r/memes
💬︎
👤︎ u/TheDecoding00
🚨︎ report
My mom told me she'd pull me out of dance, piano and robotics, my three favorite hobbies, if I don't get straight As by the end of the week.

Why? Becuase I'm human. I've gotten straight A's this whole year and suddenly, in this report card, I got complacent and I got two B's this quarter. Oh and my social studies grade looks TERRIBLE because my teacher is slow to grade stuff. But no she wouldn't let me explain. She set strict rules, such as:

She told me that if I don't pull up my grades by the end of the week, she'll pull me out. I'll be as good as dead. What am I without my favorite hobbies?

I'm so fucking sad. I just want to live my life. I do so many things, I did so much for her. I did everything right, and I messed up ONCE in an ENTIRE YEAR. And she won't fucking forget. She compared me to my brother and said I"ll be a failure like him.

EDIT: There's an uneasy peace here. I was having a fun conversation with her and my sister and suddenly she starts berating me and telling me how expensive my dance classes are and how disrespectful i am........

EDIT #2: She seems to not be so mad anymore, but again, every so often she stops to tell me how I'm not off the hook :/ 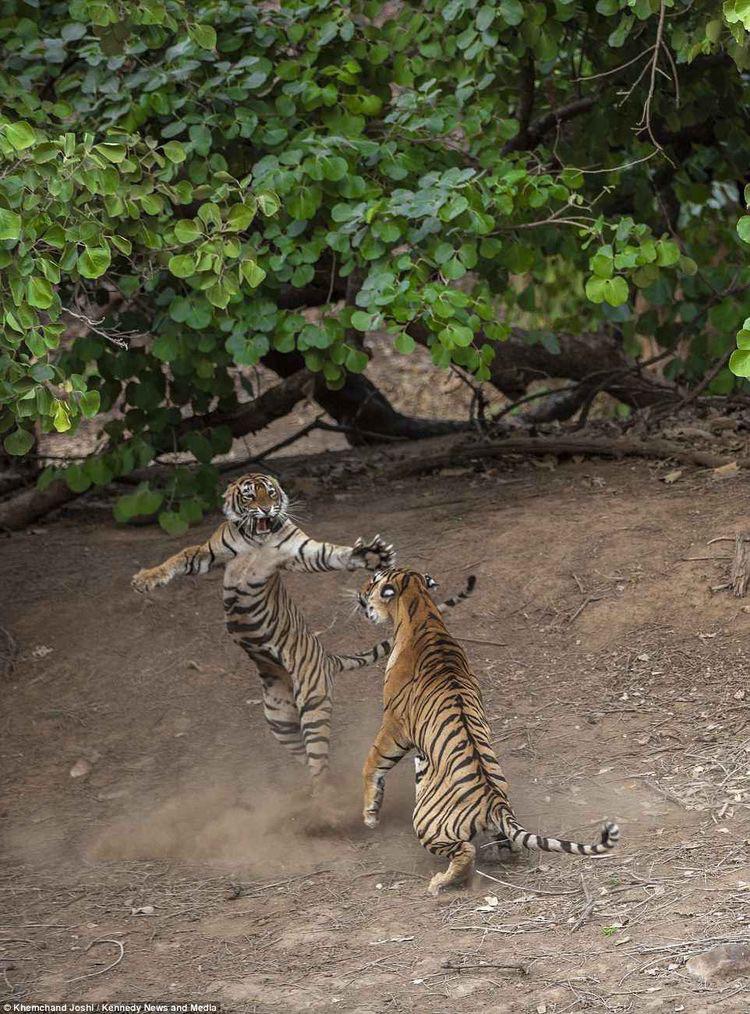 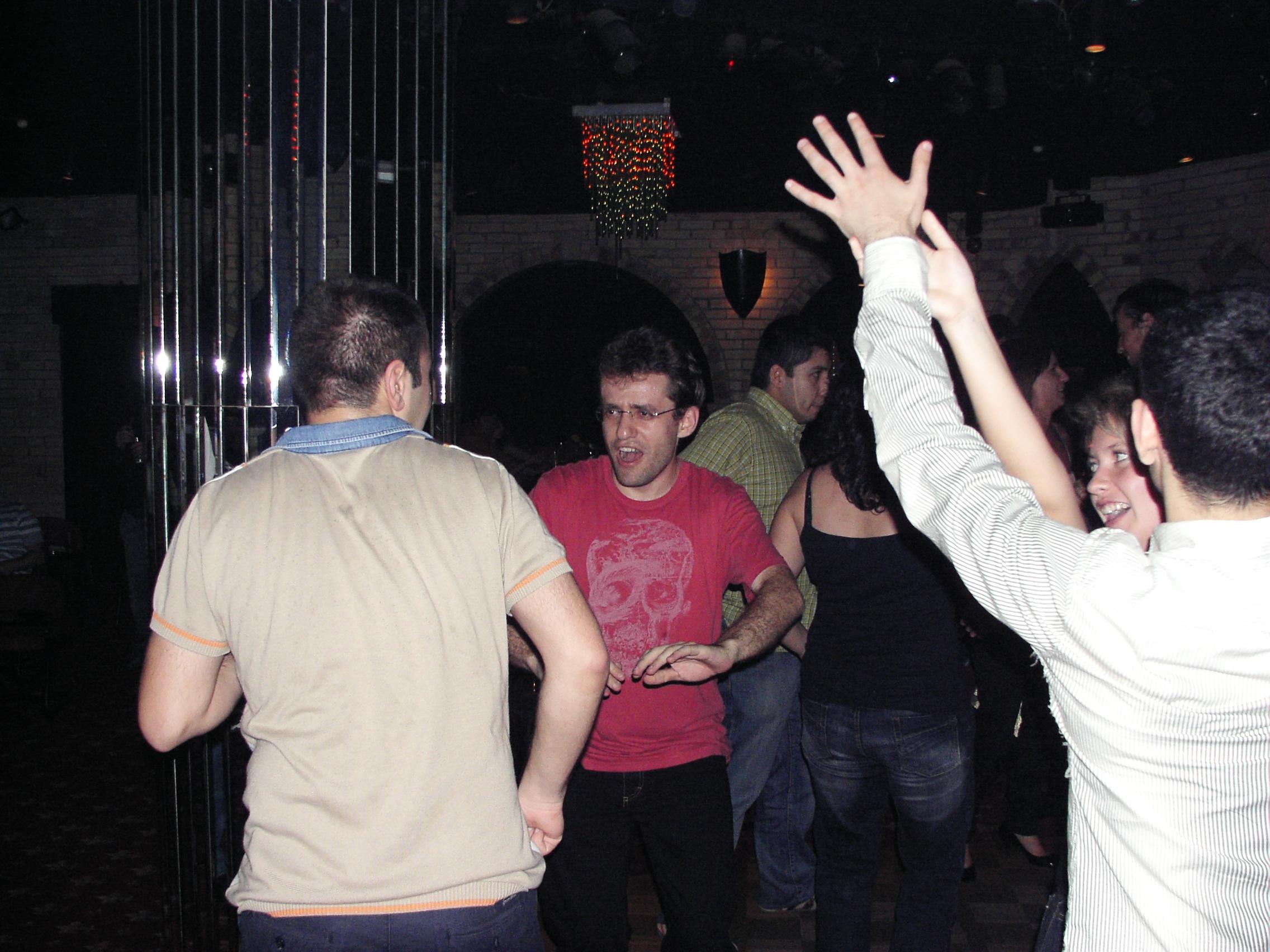 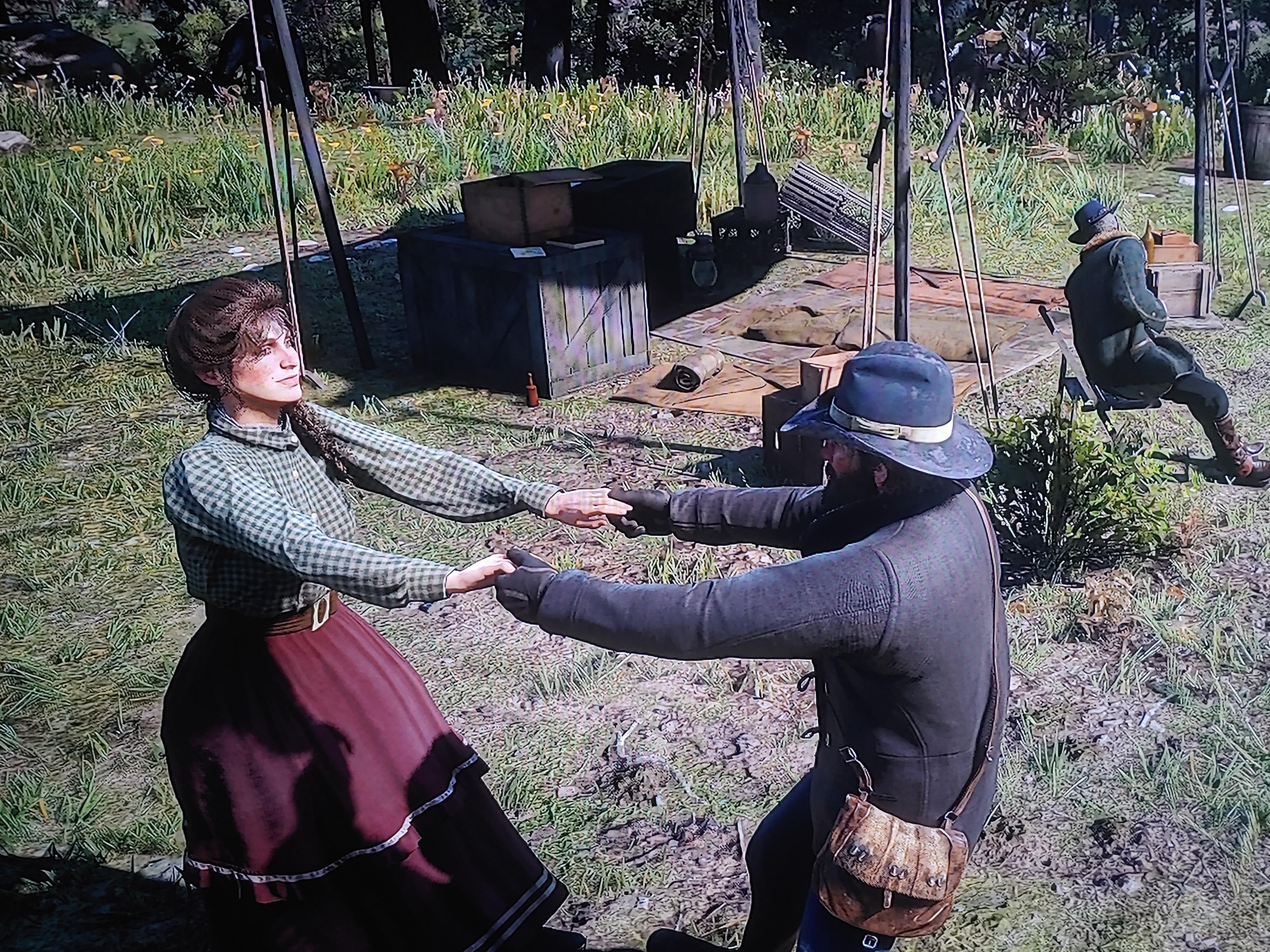 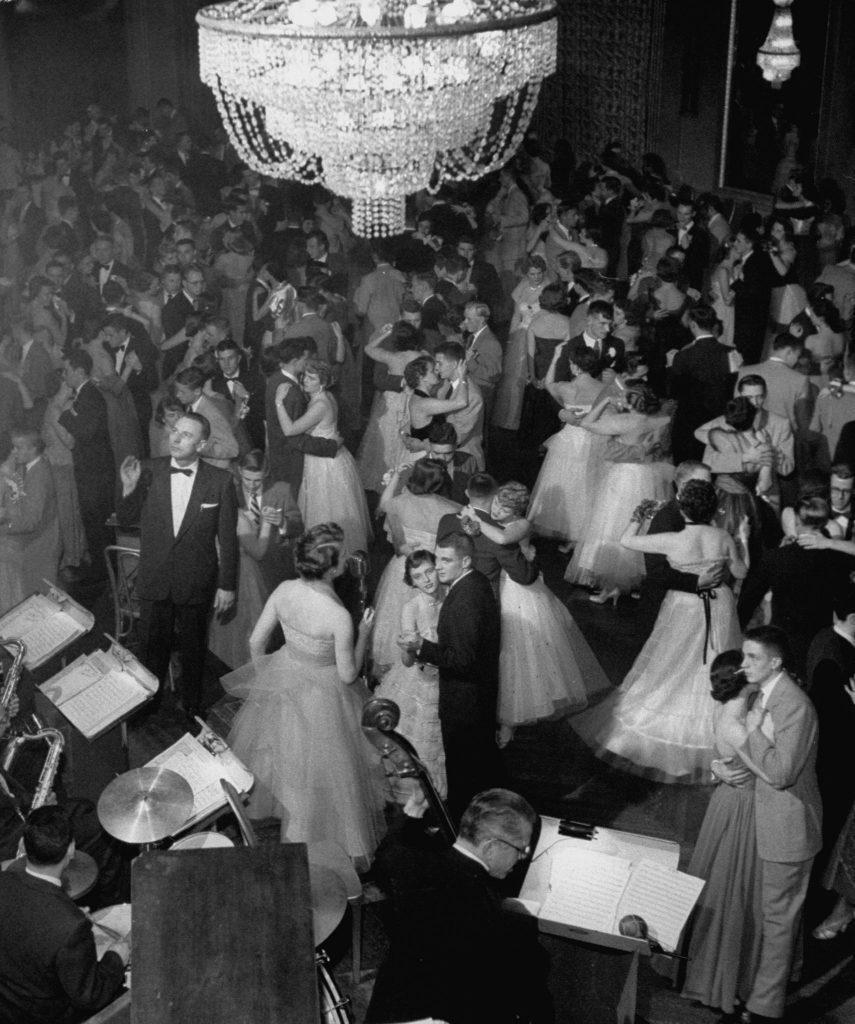 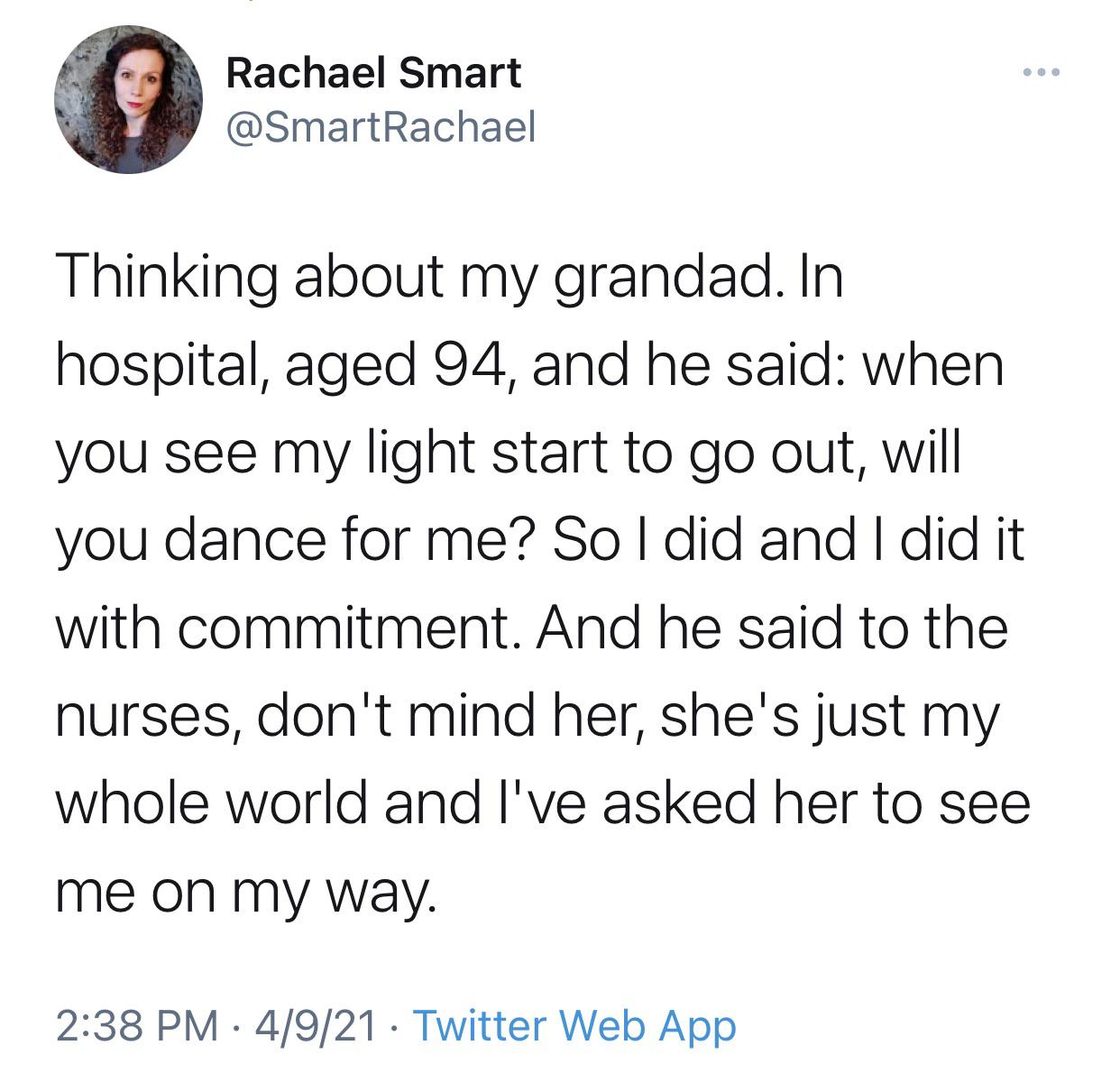 All right champions, the thread stays up through 7:30am EST Monday. Party hard.

Take care of yourselves. Hydrate. Maybe cook some bomb-ass food

Anything goes for stock discussion in the weekend thread, market days are GME only.

I'd like to paraphrase that I have not read the book, but I am basing my opinion upon the narrative of the films.

Why is the dance scene with Harry and Hermione such a disliked scene? To me their dance represents a negation of worries and darkness for even a brief moment of joy and comfort. It's two teenagers who are going through hell: people are dying all around them, they know are being hunted, their moods are literally being altered by the horcrux locket and Ron has left.

The dance is a very good representation of what Dumbledore said: "Happiness can be found even in the darkest of times, if one only remembers to turn on the light". It is finding happiness in a bad situation.

Harry is just trying to make Hermione happy, not to suggest a romantic element, and the scene does well at showing that their friendship is to a different level than Ron and Harry - to care, protect, to look out for.

Why the dislike? The film versions have to be different than the books to support viewer entertainment, viewer empathy for characters, and major condenses in background and extensions in plots. I feel this scene is a beautiful compliment to friendship in the face of adversity. 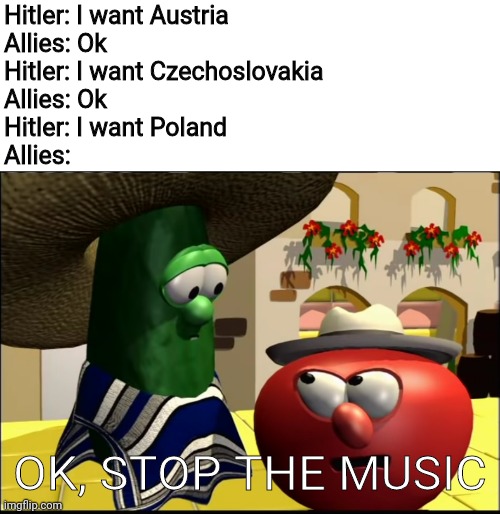 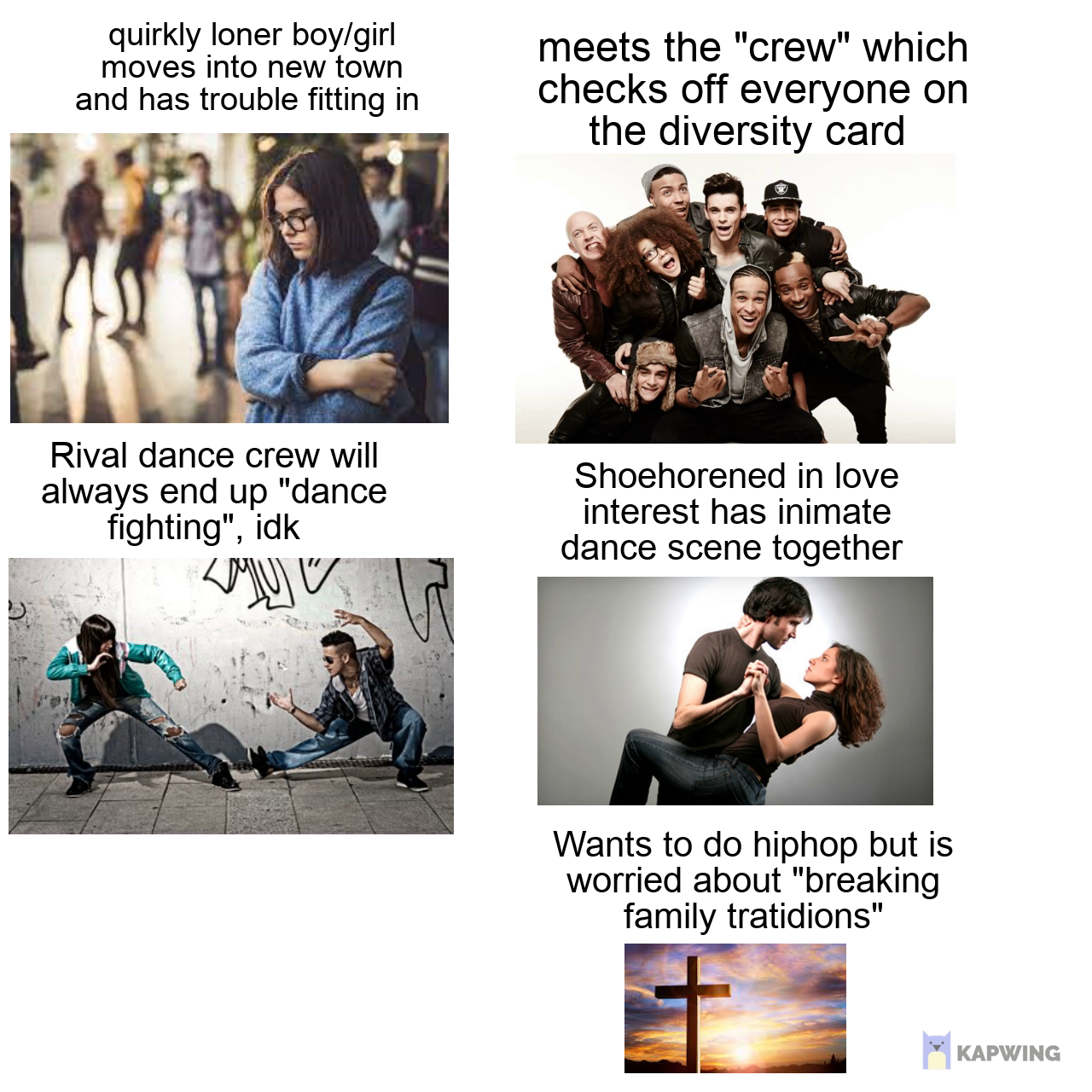