When there's a disagreement on a husband getting a vasectomy, what's the protocol? An advice columnist had a take and I'd like to hear yours.

>I know to my very core that I don’t want any more. My wife doesn’t have the same clarity. I’m not sure if she actually wants a third, but I’ve brought up scheduling a vasectomy multiple times, and she won’t let me do it! She says it’s too final, that she’s not ready to “close that door.” But I kind of feel like the fact that I am definitely ready to close that door means it just needs to be closed, regardless of whether she wants that or not. But I see as I type it that that seems awful. Is it?

>I’m not suggesting that you should have more children if you definitely don’t want to. I’m saying that if you mean to stay married to this great woman and continue to be a part of this happy family of four, it’s not your place to make the unilateral decision to close that door forever, because that’s not the way a healthy partnership with another human being works. If you and your wife ever get to the point where she feels certain she does want another child and you continue to be certain you don’t, that’s a different kind of discussion—and yes, that might be a marriage-ending one (at which point you would be free to do whatever the hell you want with your reproductive capacity). But at this point, if your wife isn’t ready to totally commit to two-and-done, you don’t get to pull the plug if she has already asked you not to.

Lot of perspectives to unpack here! I'll try a couple.

1: a partnership is a partnership because everyone gets a voice in outcomes that will affect everyone. Here, the husband getting a vasectomy would end fertility for the couple.

2: but if his wife decided to let one slip past the goalie, I can't imagine we'd be too kind to him. We'd tell him that fertility isn't solely the woman's responsibility, and that he should've taken control of his own reproductive future.

3: and maybe being the one carrying changes it? Maybe we discount the male perspective here a little bit because it's the woman who'd be the one bearing the child, and that's what we're thinking about when we think about "fertility" and the choices around it.

4: I think we can all agree that we'd not be kind to a hypothetical man who won't let his wife get a tubal after two kids "just in case". There's always the chance that this particular advice columnist just has a bad take, too.

TLDR: Physician parent of child with appendicitis "hisses" at admitting peds resident trying to examine patient and couches it as preventing medical error.

She went to a teaching hospital, one where she herself is faculty and is belligerent to the resident. I'm sure the peds resident didn't want to cause more distress to that ill child but has to do an admission H&P. I'm sure the resident would rather not be working at 3am having not seen their own child for almost 24 hours. Now it's published in the NY Times as an example of something people could do if they want to prevent harm to their loved ones. 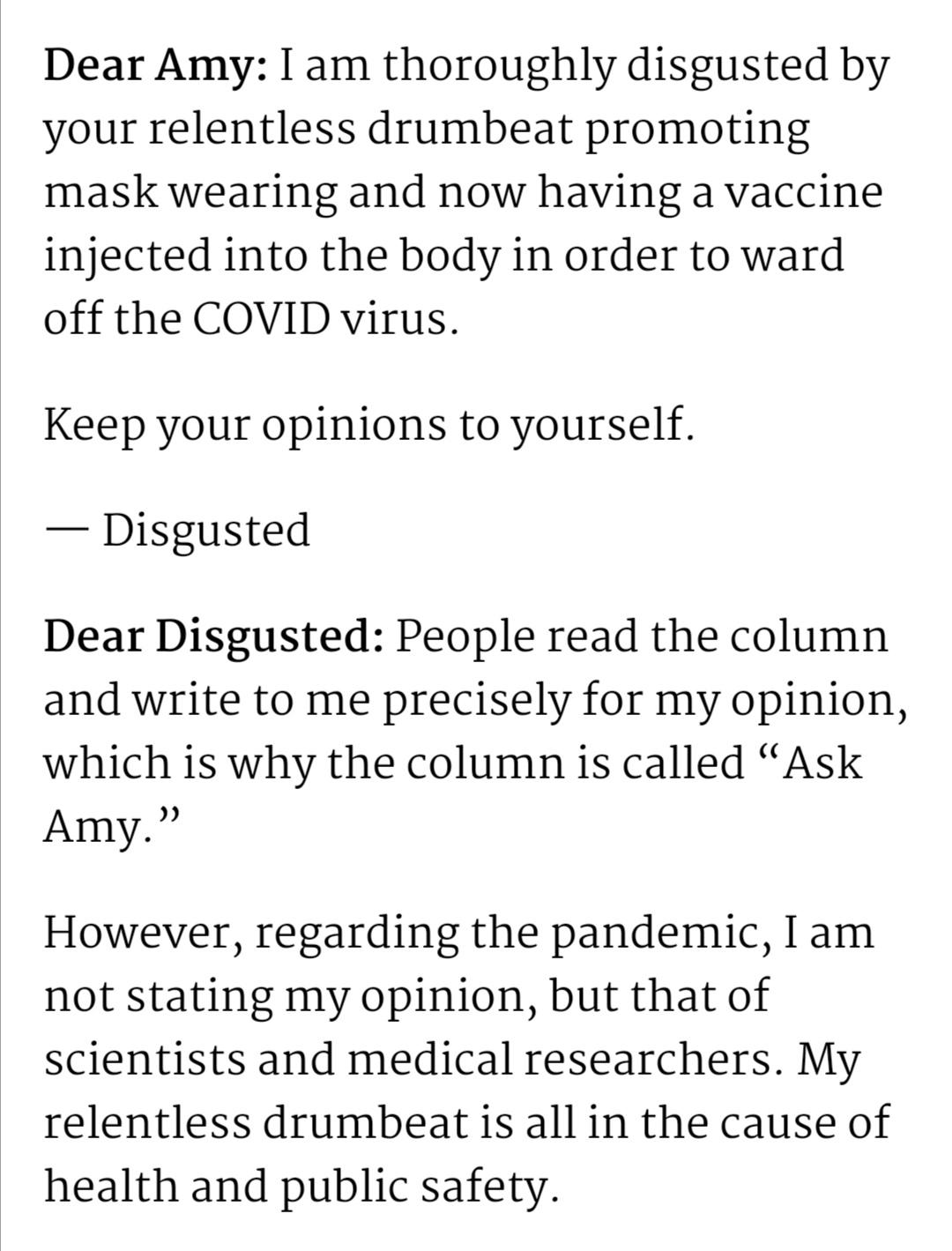 👍︎ 1k
📰︎ r/FuckYouKaren
💬︎
👤︎ u/sem76
🚨︎ report
What better way to spend your time than by trawling through two year old Guardian columns and offering an out of context joke headline, by an actual fitness columnist, for ridicule on toxic subs?

>But suppose you, personally, decide to cut back on your meat consumption.
>
>As demand for meat falls, the price of meat will fall. As we’ve seen in the past, Americans on the whole eat less meat when it’s expensive and more when it’s cheap. That effect will be even more pronounced in poorer countries like China, where meat consumption is clearly constrained by income and has been surging in recent years as the country gets richer.

Something doesn't seem right, because by that logic, if demand for meat increases, then meat prices would go down? Or in a similar vein, as electric car sales go up, gasoline consumption would also go up?

I think initially consumption of meat might go up (because of oversupply), but eventually the meat supply will adjust and prices will stay the same (if not higher than they're now, since the economies of scale effect reduces). 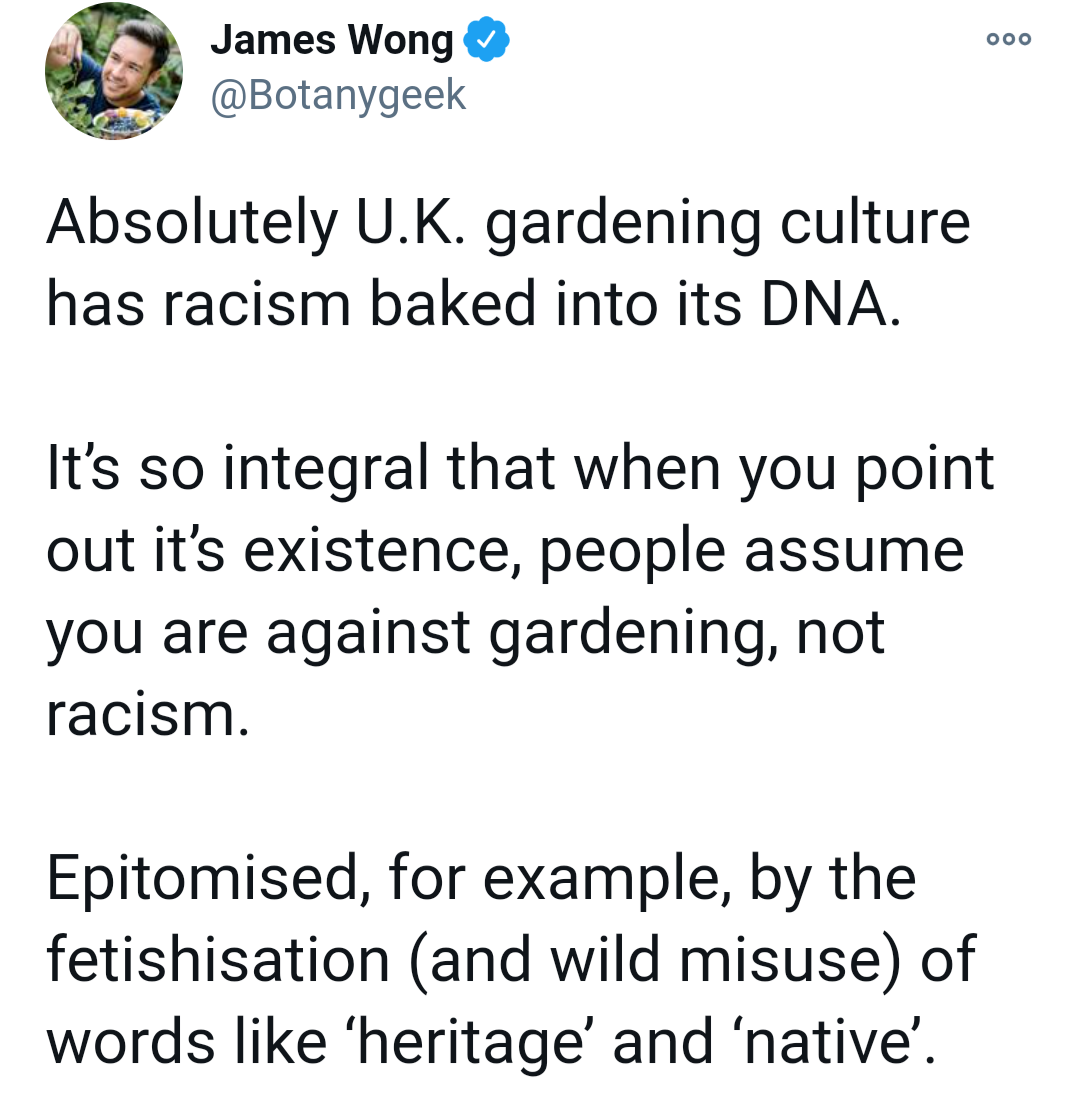 We are happy to announce that PPD will be joining our media team as a monthly columnist!

In his first article with us, he shares five steps on making the most of the 850 second draft period in Dota 2. If you want to improve as a player, coach or analyst, this is an article for you.

You can check it out here.