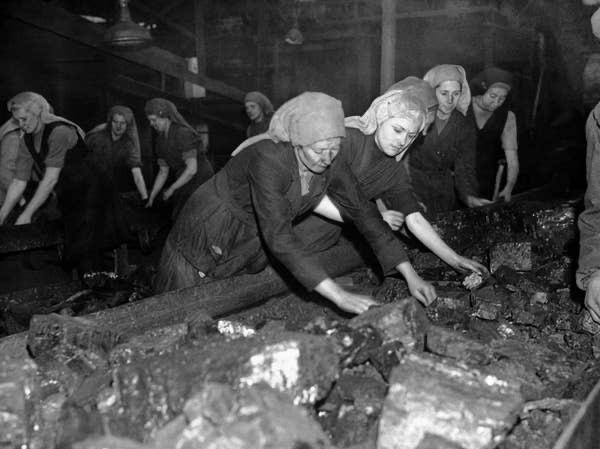 👍︎ 2
📰︎ r/jobsearch
💬︎
👤︎ u/pankaj11
🚨︎ report
1948. Women and girls are pictured in the Lancashire coalfields, where they are employed on one of the noisiest and dirtiest jobs in mining - that of "screening" stone, shale and rubbish from the coal as it passes on a conveyor belt from the pithead to awaiting railway wagons.

I really enjoyed the episodes on the Battle of Blair Mountain. Really goes to show how little people care about the little guy who is just trying to make his way in life.

Unfortunately, it is not the only time this had happened. Between 1913 and 1914, there was a major uprising called the Colorado Coalfield War. One of its oft-cited events was the Ludlow Massacre. The state National Guard literally moved in and shot up a tent city of 1,200 striking miners, killing 20 or so. Among the dead were miner's wives and children.

Here is a video piece PBS did on massacre: https://www.youtube.com/watch?v=6qIHN68YNXw