As a 'small' project I am going through the Pokedex and either giving an evolution line a regional variant or an additional stage of evolution. This was tough, but I thought I would expand on the armour it already had. Next: Clefairy line! Oh and thank you for 100+ followers! I appreciate you all! 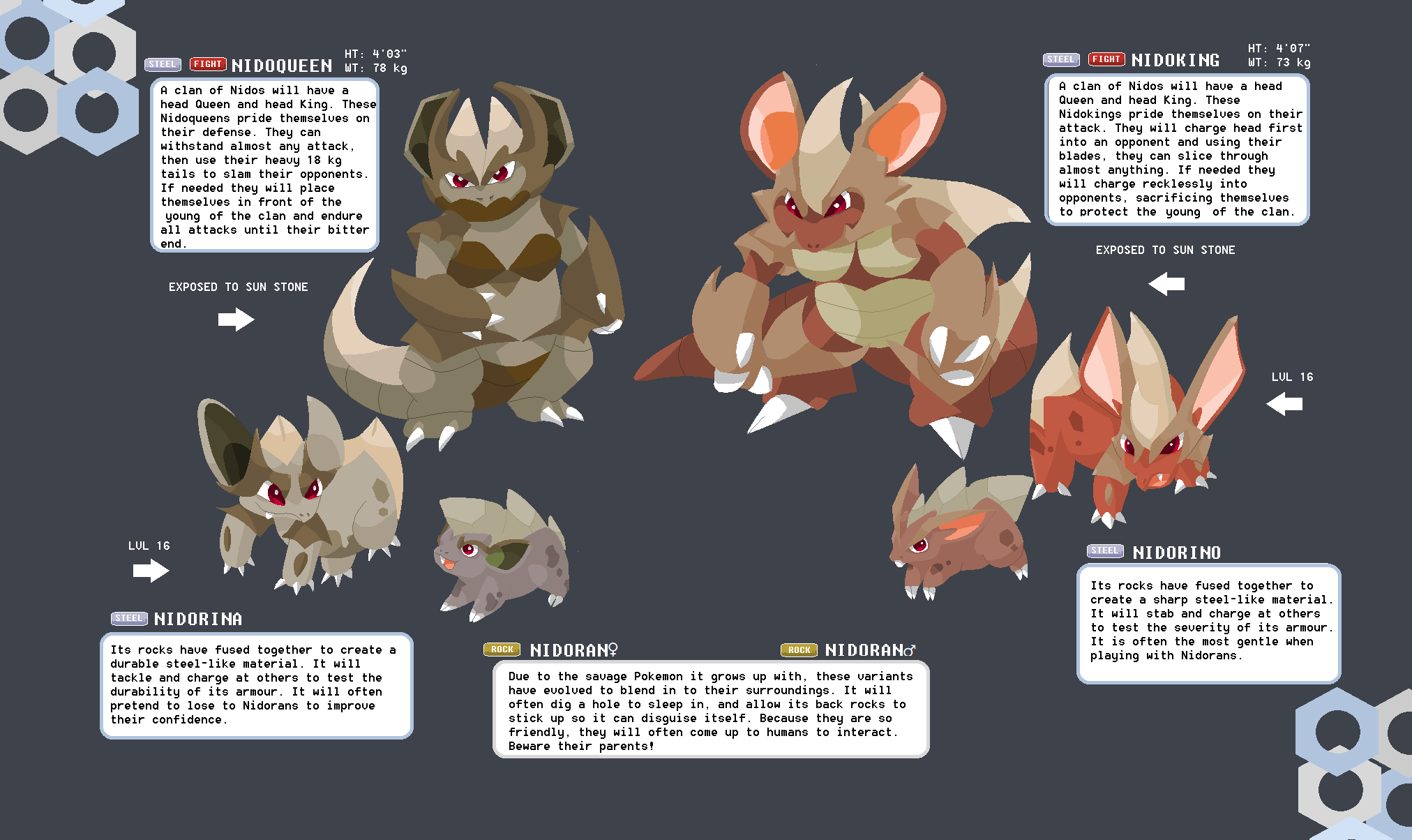 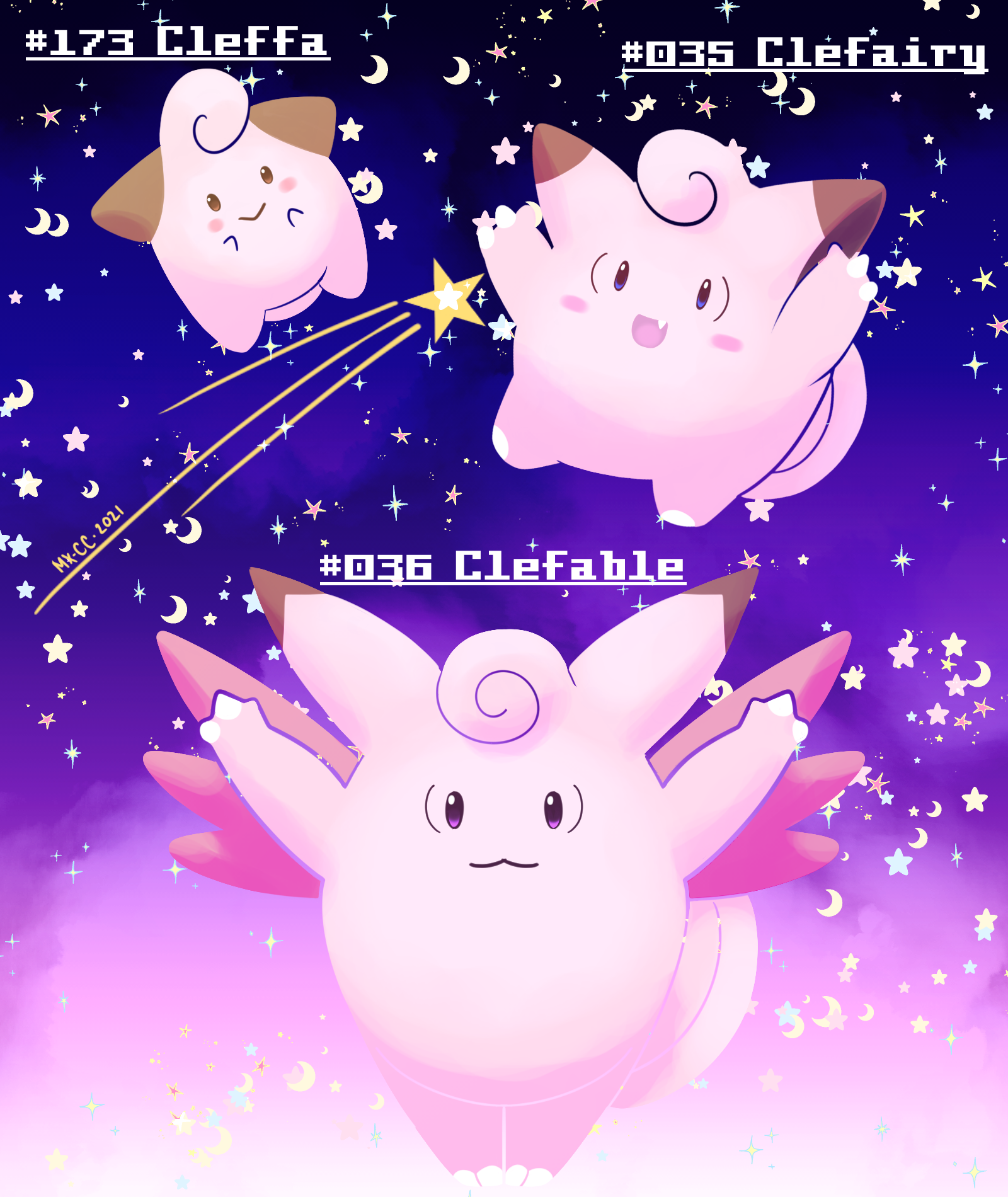 We don't really know anything about Pokemon Sun & Moon yet, but the names intrigued me, since there are already a lot of things in Pokemon that have thematic ties to the sun and moon, and I'll be interested to see if any of these will be relevant in the upcoming games. So in the interests of fostering discussion and wild speculation, I have compiled a list of all Pokemon, items, moves and abilities that have ties to the sun and moon. I hope you find it interesting, please let me know if I've missed anything:

The Clefairy evolution line is said to have come from the moon. On nights with a full moon, Clefairy gather from all over and dance. The moonlight that it stores in the wings on its back apparently gives it the ability to float in midair. Clefairy evolves into Clefable when exposed to a Moon Stone.

Espeon and Umbreon are heavily associated with the Sun and Moon. Their category names are the Sun Pokemon and the Moonlight Pokemon. They learn the healing moves Morning Sun and Moonlight. Their evolution is triggered by leveling up with max happiness during the day or night, respectively. In Pokemon XD, they evolve by use of the Sun and Moon Shards. Umbreon’s name comes from the Latin Umbra, referring to the shadow a moon casts during a solar eclipse.

Solrock and Lunatone heavily resemble the sun and moon. They are believed to have come from space, because they were discovered at the site of a meteorite crash. Lunatone become very active on nights with a full moon, and are often found holding Moon Stones in the wild. Solrock absorb energy from sunlight, and are often found holding Sun Stones in the wild.

Cresselia and Darkrai form the Lunar Duo of legendary pokemon. Cresselia is known as the Lunar Pokemon, and resides on Fullmoon Island. On nights around the quarter moon, the aurora from its tail extends and undulates beautifully. It is said to represent the crescent moon. Darkrai resides on Newmoon Island, and becomes active on nights of the New Moon.

Volcarona is known as the Sun Pokemon, a category it shares with Espeon and Sunflora. Its name comes from corona, referring to the ring of plasma that surrounds the sun. When volcanic ash darkened the atmosphere, it is said that Volcarona's fire provided a replacement for the sun. Thought to be an embodiment of the sun, it appeared during a bitterly cold winter and saved Pokémon from freezing.

👍︎ 125
📰︎ r/pokemon
💬︎
👤︎ u/Flying__Penguin
🚨︎ report
How would the series have played out if Fairy types existed from Gen 2 onwards?

As a kid I always imagined their being a new type being released in Gen 2. I actually designed a 'Plastic' type, which countered Ghost, Dark and was weak to Steel and Fire.

However, how would the series have played out if we had access to Fairy types and Fairy moves from Gen 2 upwards? Togepi would have been an attractive keep from the egg given, Snubbul would have been more popular and overall Jigglypuff, Marill, Mr Mime and Clefairys evolution line would have recieved more attention.

In Gen 3 we'd have access to a Fairy type Gardevoir line and a few others. In Gen 4 working to get a Togetic would have been something worthwile. Gen 5 didn't have many Fairy types so its not really worthwhile.

Would Whitney have kept her Clefairy in Gen 2? Or would it have been replaced by a Furret? What are your thoughts overall?

👍︎ 8
📰︎ r/pokemon
💬︎
👤︎ u/amiaccount1
🚨︎ report
As a 'small' project I am going through the Pokedex and either giving an evolution line a regional variant or an additional stage of evolution. Finally! This one was hard because I couldn't finalise a colour palette! Based on Saturn, might do more planet Clefairys. Next up is a Ninetails evolution!

👍︎ 118
📰︎ r/Pokemonart
💬︎
👤︎ u/Efficient_Rhubarb_69
🚨︎ report
[PLA] Do you have trouble with Clefairy's full moon quest because you have no idea when there is a full moon? Here's an easy way to do it! (Spoilers for new Pokémon & Evolution inside!)

So I've been struggling with the side quest where you have to check if "Clefairy is dancing in the light of the full moon", I couldn't find a good way to see if it is full moon or not, and that's because you can't see the moon all the time or it is hidden by your surroundings or because of other circumstances.

But, I found a nice way to check if it is full moon, and you can do it anywhere! All you need is an Ursaring and a Peat Block. Sleep until night, then open your inventory. Move your cursor over the Peat Block. If your Ursaring can be evolved (the Pokéball next to its name will light up), it is full moon! It's that easy :) 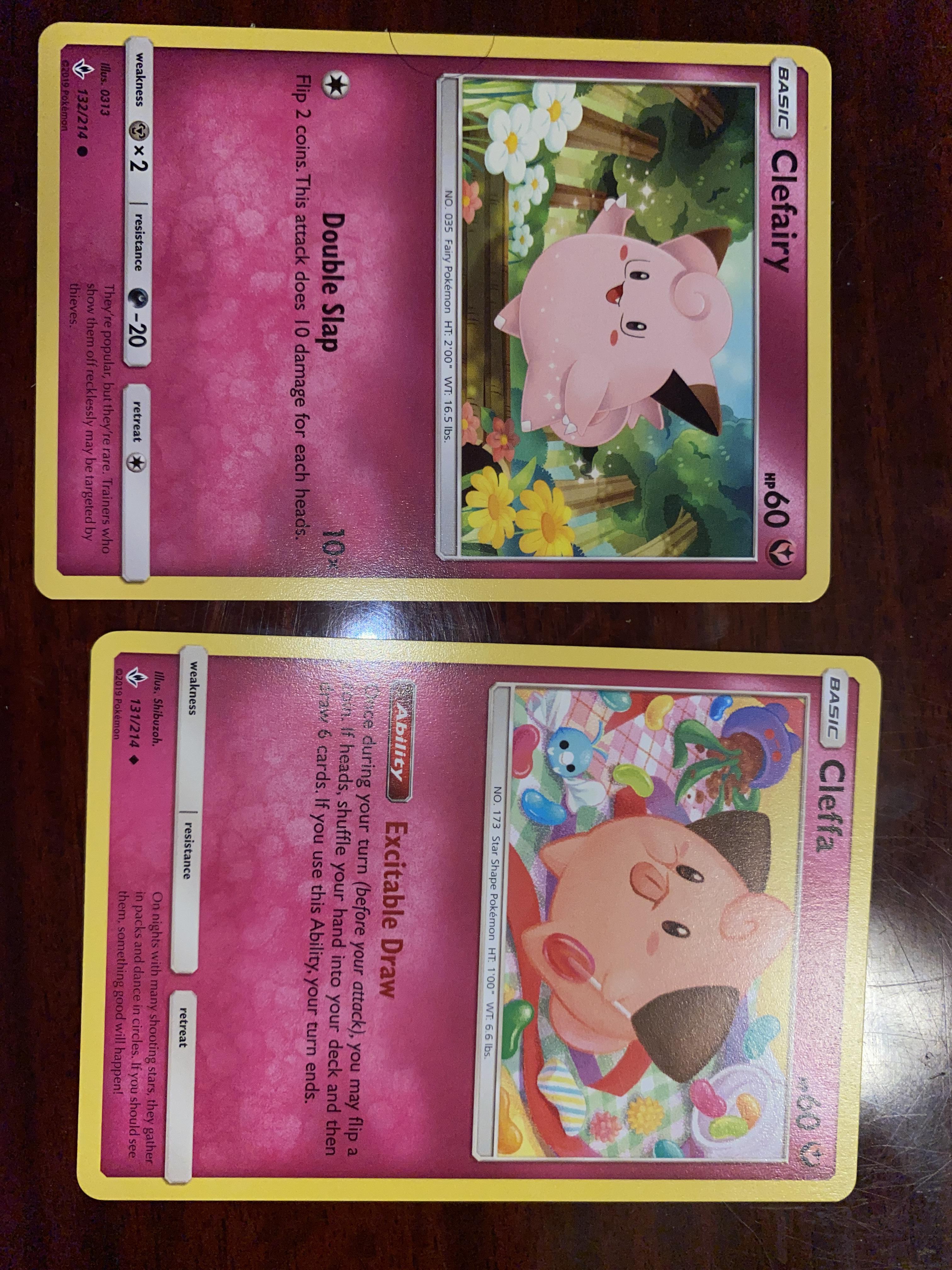 👍︎ 627
📰︎ r/digimon
💬︎
👤︎ u/NicolhoBR2
🚨︎ report
Regional Clefairy based on Red’s Clefairy in the Pokémon Poket Monster Manga, and a new regional evolution based on stereotypical anime thugs, Cleshonen! imgur.com/a/8h83r58
👍︎ 9
📰︎ r/fakemon
💬︎
👤︎ u/CrabEMan467
🚨︎ report
Name a Digimon! I'll post their evolution line (from Child to Ultimate) based off the last video game they completed all 4 levels (and cite the source as well). Ties will be decided through next recent media and/or attributes in the Reference Book. Here's Plutomon's line from Digimon Crusader. 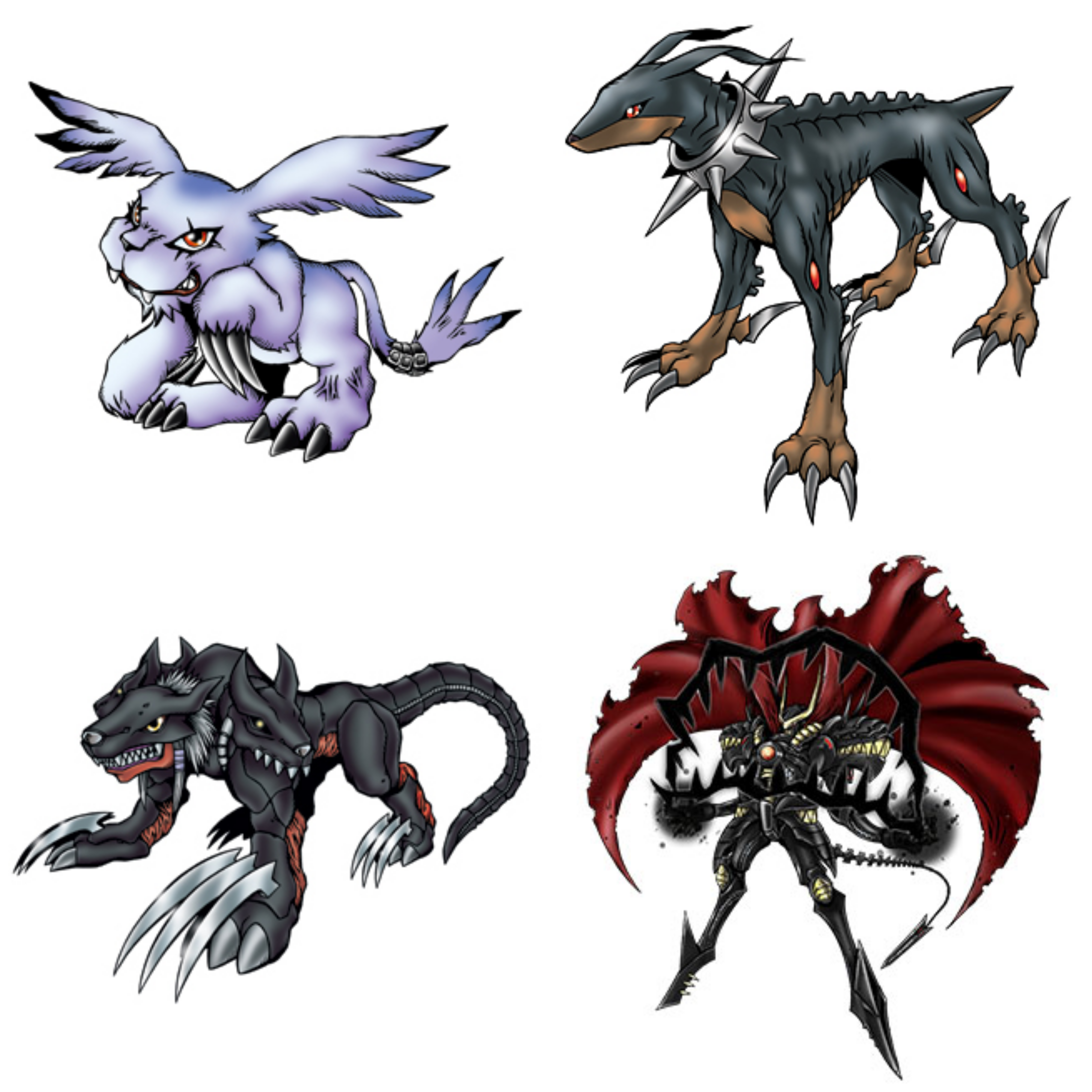 Was pleasantly surprised to see a few people remembered our little graphic from last season and Ben (https://twitter.com/experimental361) and I finally got round to updating the [script/graphic template] if anybody is still interested

If you comment your team ID in the comments we'll start firing them into this folder: https://drive.google.com/drive/folders/1Q-rzoGEU5ALoc1ZL7ucW2VtbIn57xqML

Here is winner Jamie Pigott's as an example: 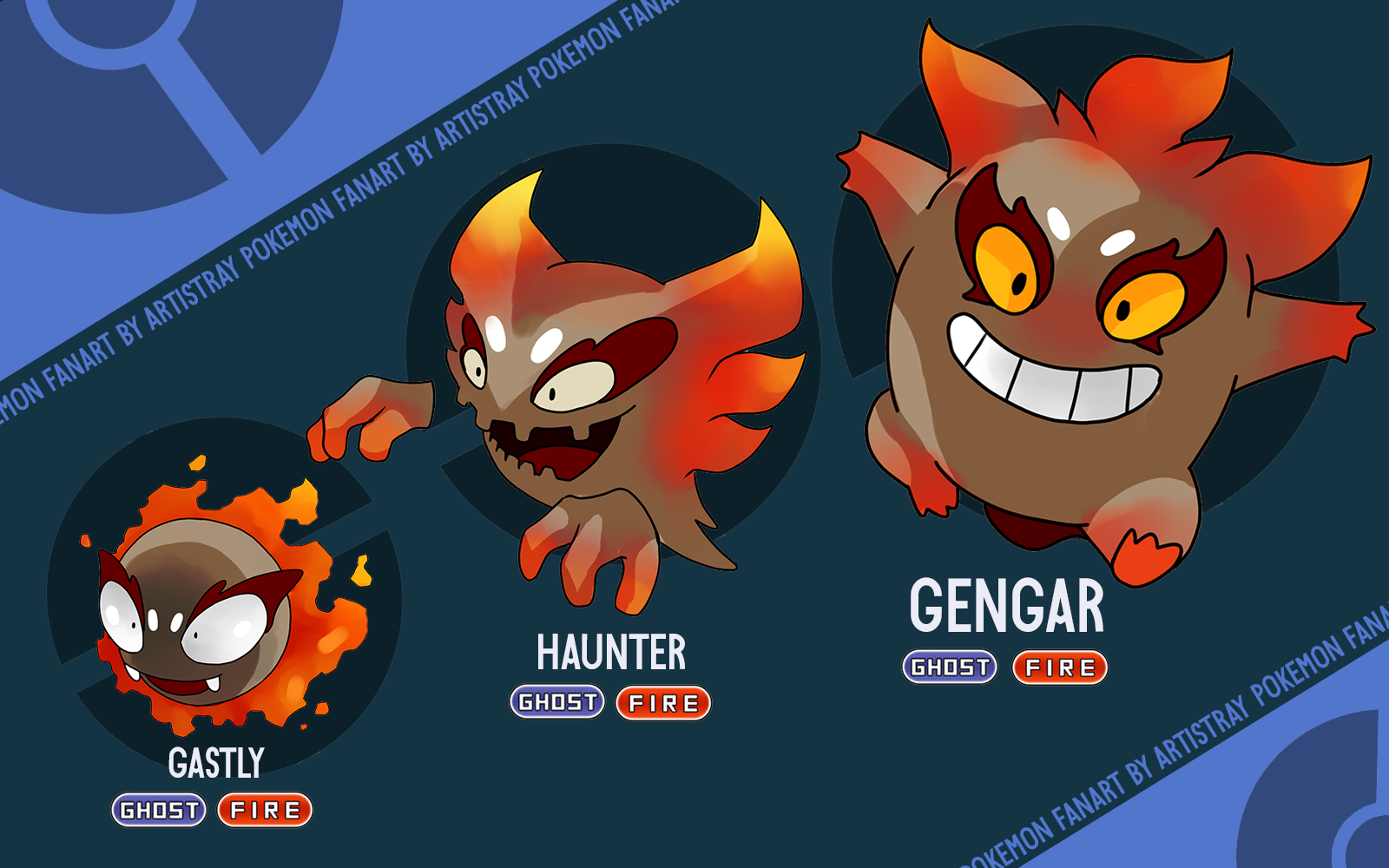 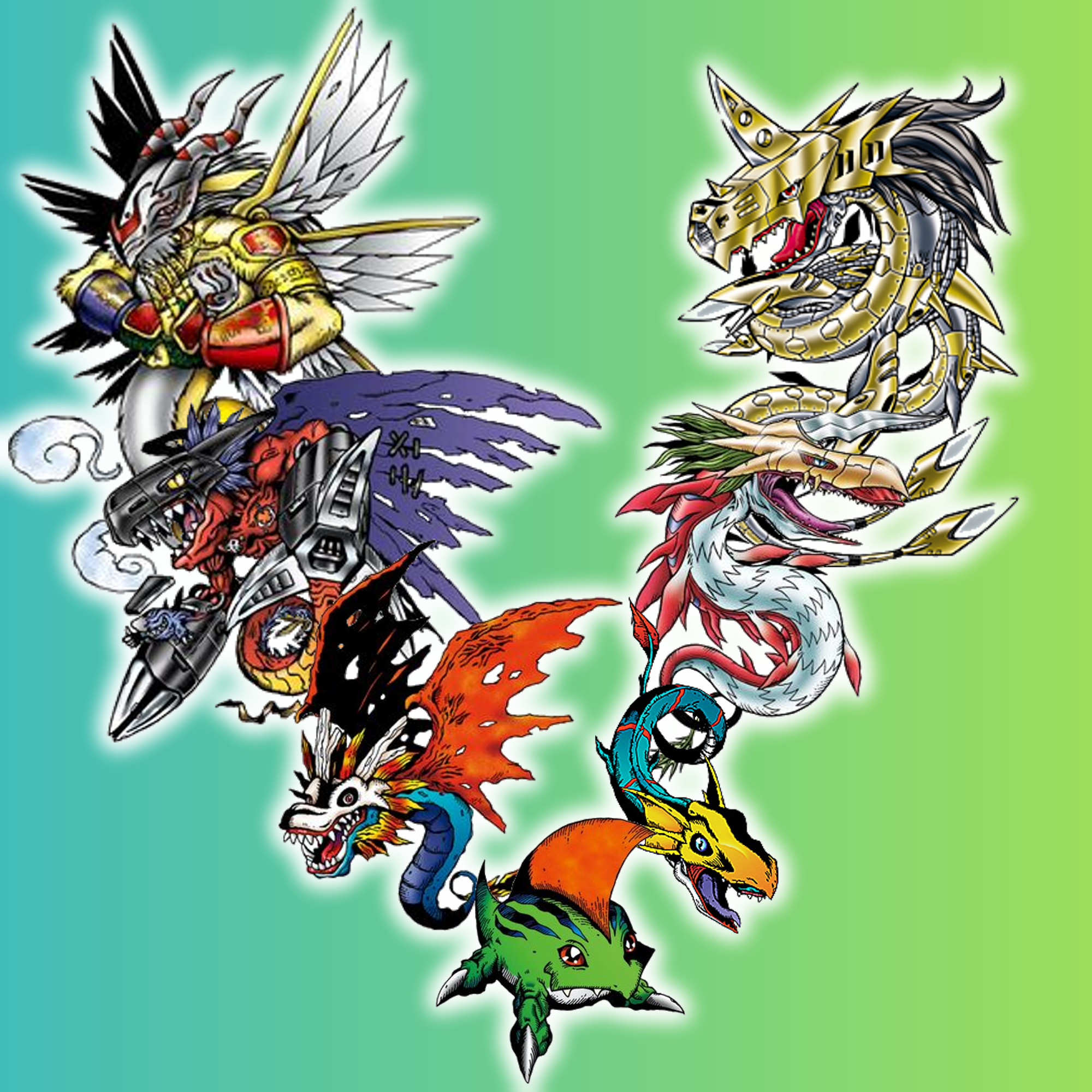 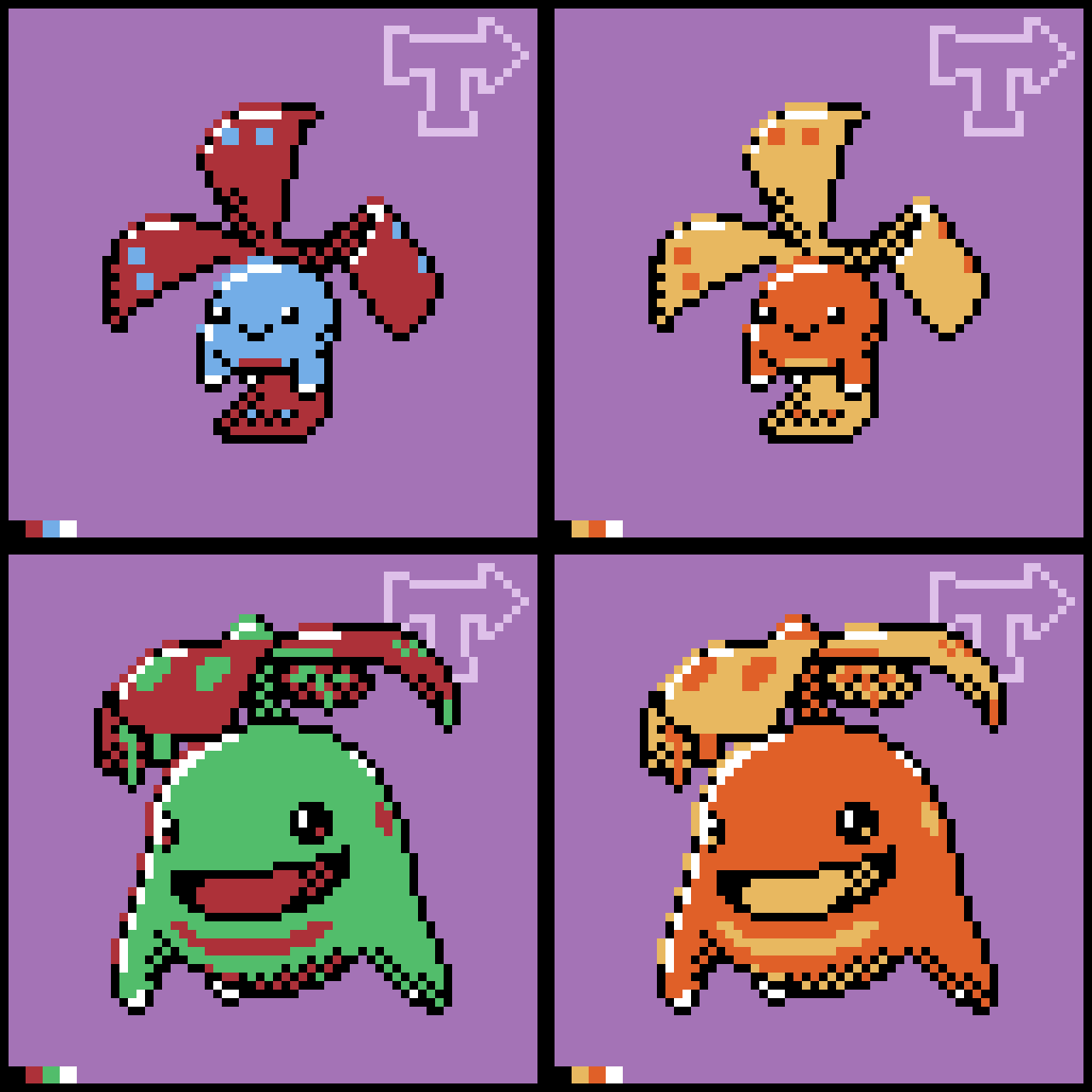 👍︎ 166
📰︎ r/PlayTemtem
💬︎
👤︎ u/Tarro57
🚨︎ report
What pokemon line should get a regional variant or evolution in Pokemon Scarlet and Violet?

It is clear that Nintendo is going to keep making regional variants of previous gen pokemon. So what is one pokemon you want to see get a regional variant or even evolution? I want to also exclude Meowth from this because he has gotten a variant in both gen 7 and 8 and will most likely get one in gen 9.

Also thanks for blowing up my last post on this subreddit. I don't expect it to happen again, but you blew it up to 14 on popular yesterday. You guys are amazing. 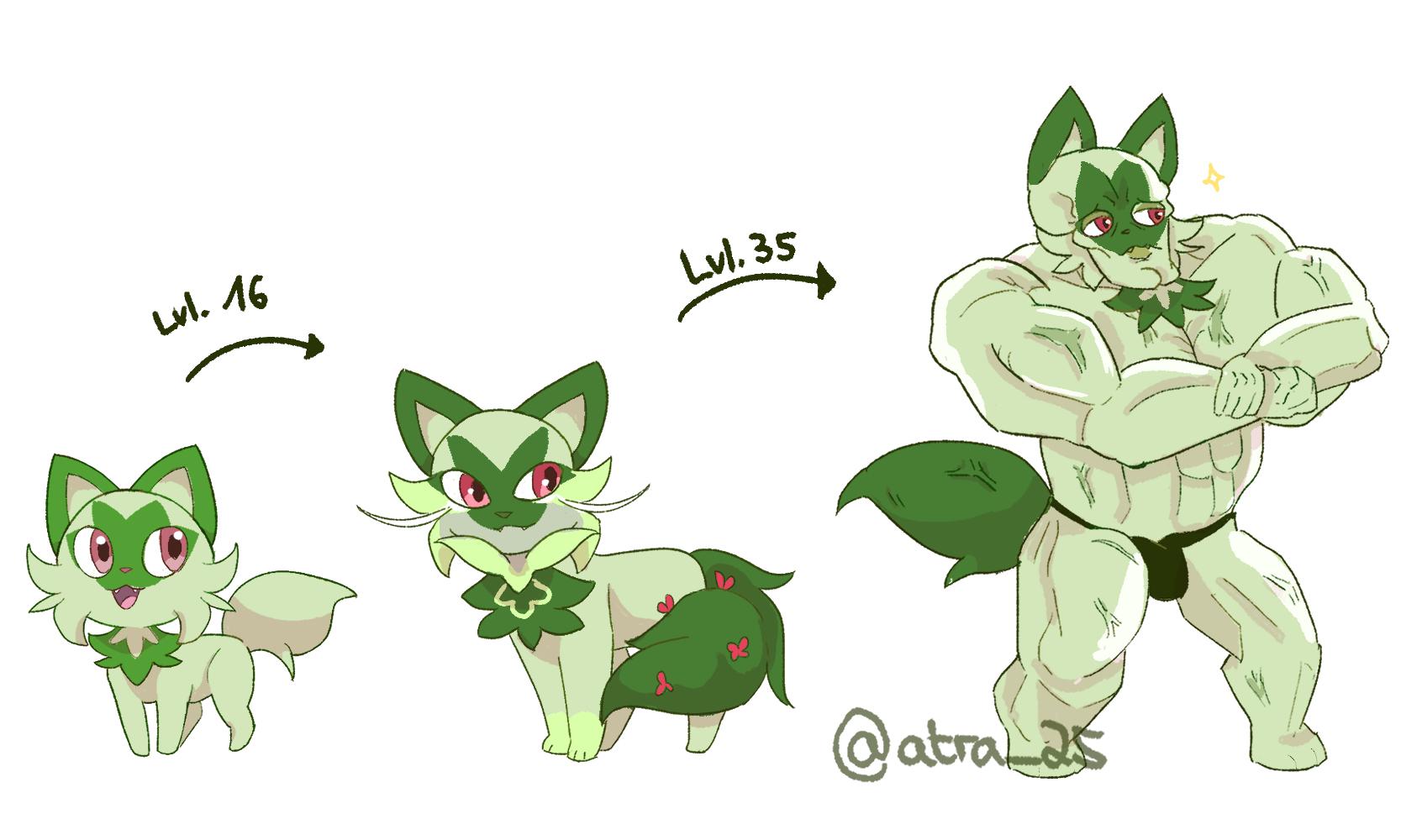 👍︎ 13k
📰︎ r/pokemon
💬︎
👤︎ u/_Atrace_
🚨︎ report
I'm my opinion this is the most probable evolution line for digimon survive I will make a post with only agumon line reddit.com/gallery/vgc9af
👍︎ 8
📰︎ r/digimon
💬︎
👤︎ u/Dukefile
🚨︎ report
You got an Olympos XII partner! but they are child level yet. This is your asigned Olympos AND their evolution line. Can you keep them in the right track? they may also resemble their greek mythological counterparts, personality-wise, as they evolve. How do you fare? (4 images) reddit.com/gallery/uk4rdk
👍︎ 110
📰︎ r/digimon
💬︎
👤︎ u/ArdhamArts
🚨︎ report
What is a beyblade evolution line (any gen) that has stayed consistent and only improved with each evolution?
👍︎ 8
📰︎ r/Beyblade
💬︎
👤︎ u/Repair_Jolly
🚨︎ report
My latest addition to the reverse holo ex team rocket returns collection! I love this one so much. Big fan of the Mareep evolution line⚡️ 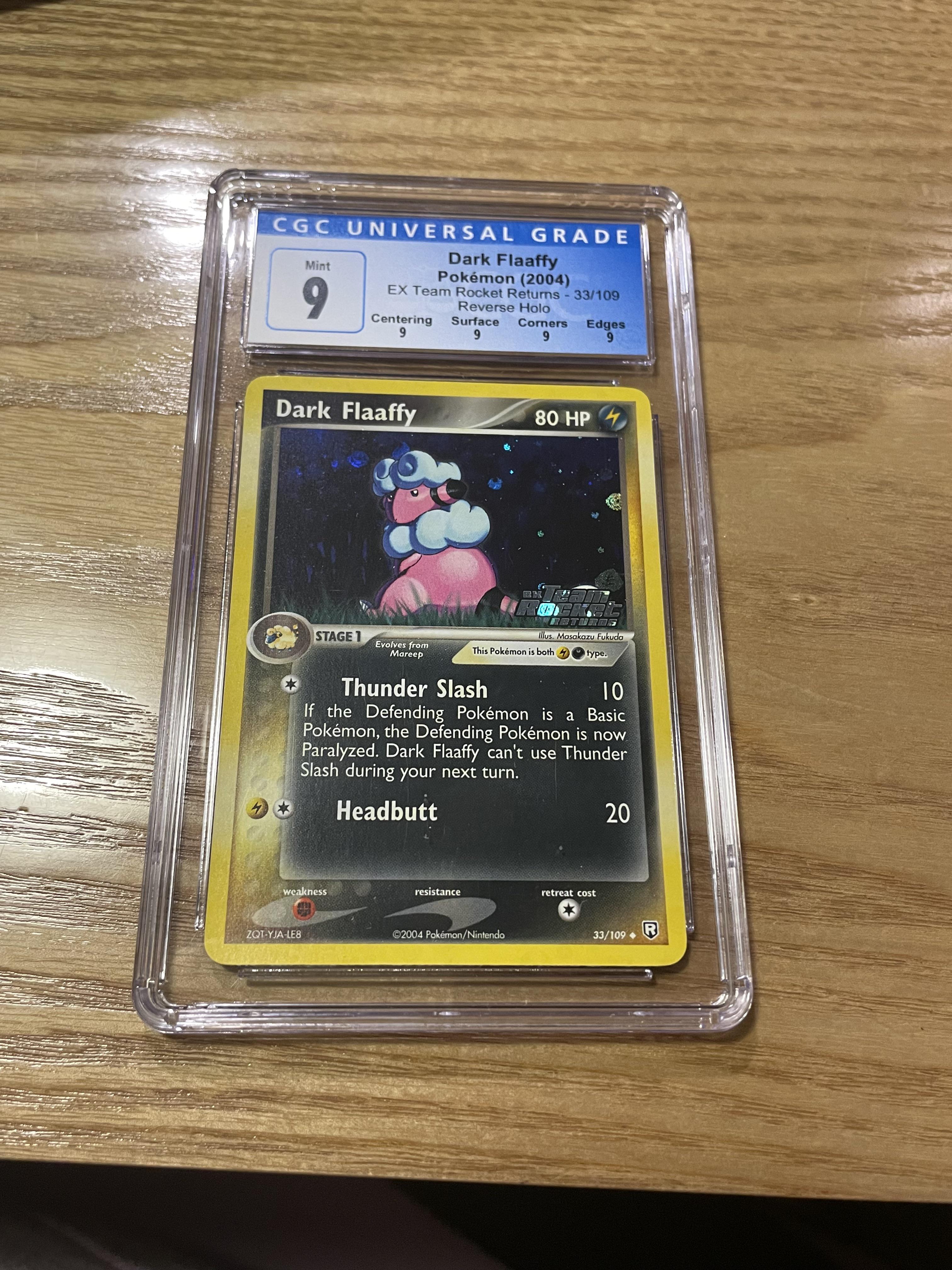 👍︎ 36
📰︎ r/pkmntcgcollections
💬︎
👤︎ u/Fancy-Platform8514
🚨︎ report
Evolution of car width in 30 years. The blue line is the average of the 10 best sellers at the time. 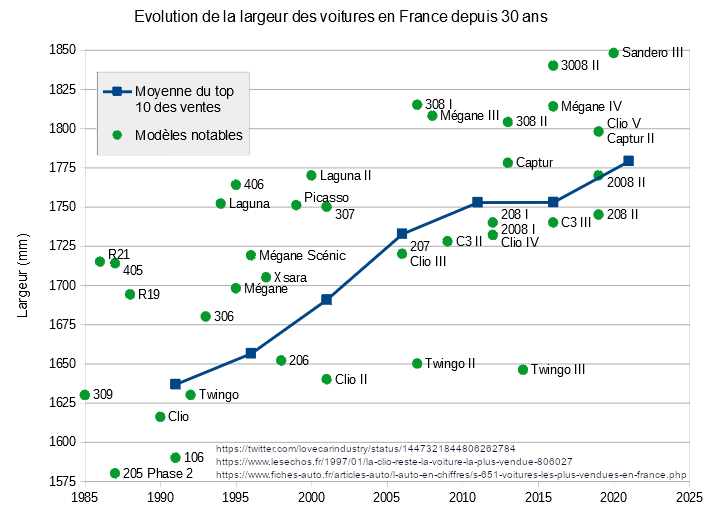 👍︎ 36
📰︎ r/fuckcars
💬︎
👤︎ u/Terofal
🚨︎ report
In the game “The Binding of Isaac: Rebirth” the character named “Isaac” is a reference to the game “the binding of Isaac: wrath of the lamb” which will influence a book called “The Holy Bible” later down the line of human evolution. 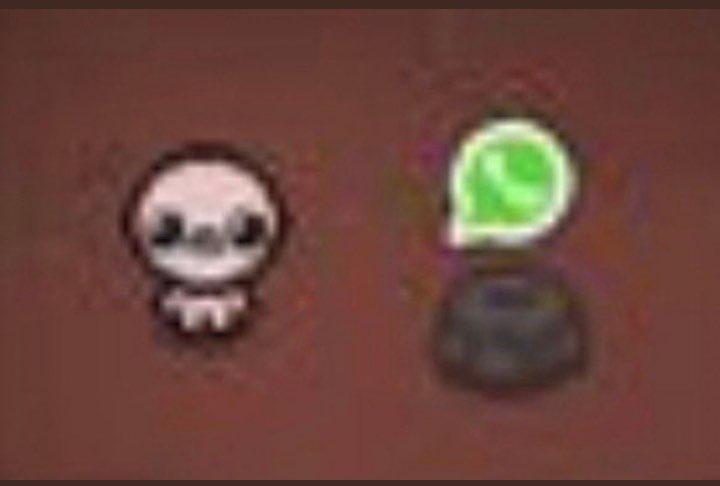 👍︎ 184
📰︎ r/digimon
💬︎
👤︎ u/International_Ad6028
🚨︎ report
Fairy Type Caterpie evolution line. Yes I know Butterfree is a butterfly and not a moth but I thought it was pretty. Metapod is not wrapped sh!t either. Just getting it out of the way now. reddit.com/gallery/ue2sxu
👍︎ 353
📰︎ r/pokemon
💬︎
👤︎ u/fluid__mimikyu
🚨︎ report
sick evolution line 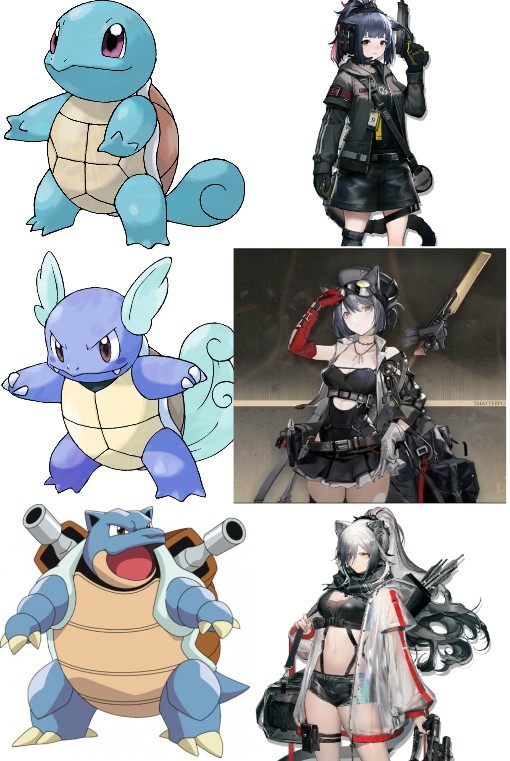 👍︎ 2k
📰︎ r/arknights
💬︎
👤︎ u/Snoo54601
🚨︎ report
Bandai has put you in charge to create an evolution line about this Digimon.What champion/adult digimon and perfect/ultimate digimon would you put to make this evolution possible? reddit.com/gallery/uywj0b
👍︎ 4
📰︎ r/digimon
💬︎
👤︎ u/ComprehensiveAd599
🚨︎ report
Another evolution for the Elecmon line. This time, its Perfect form. 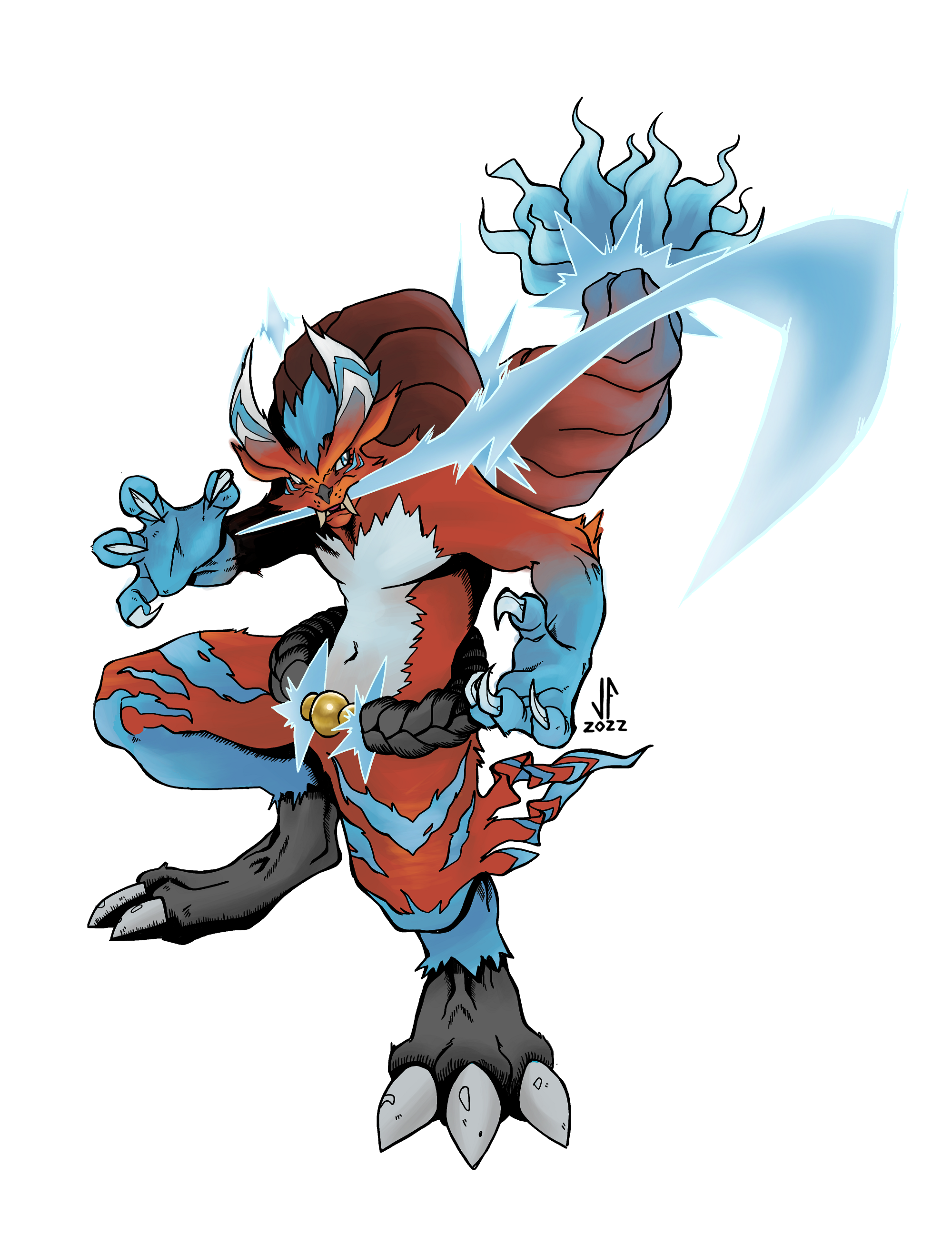 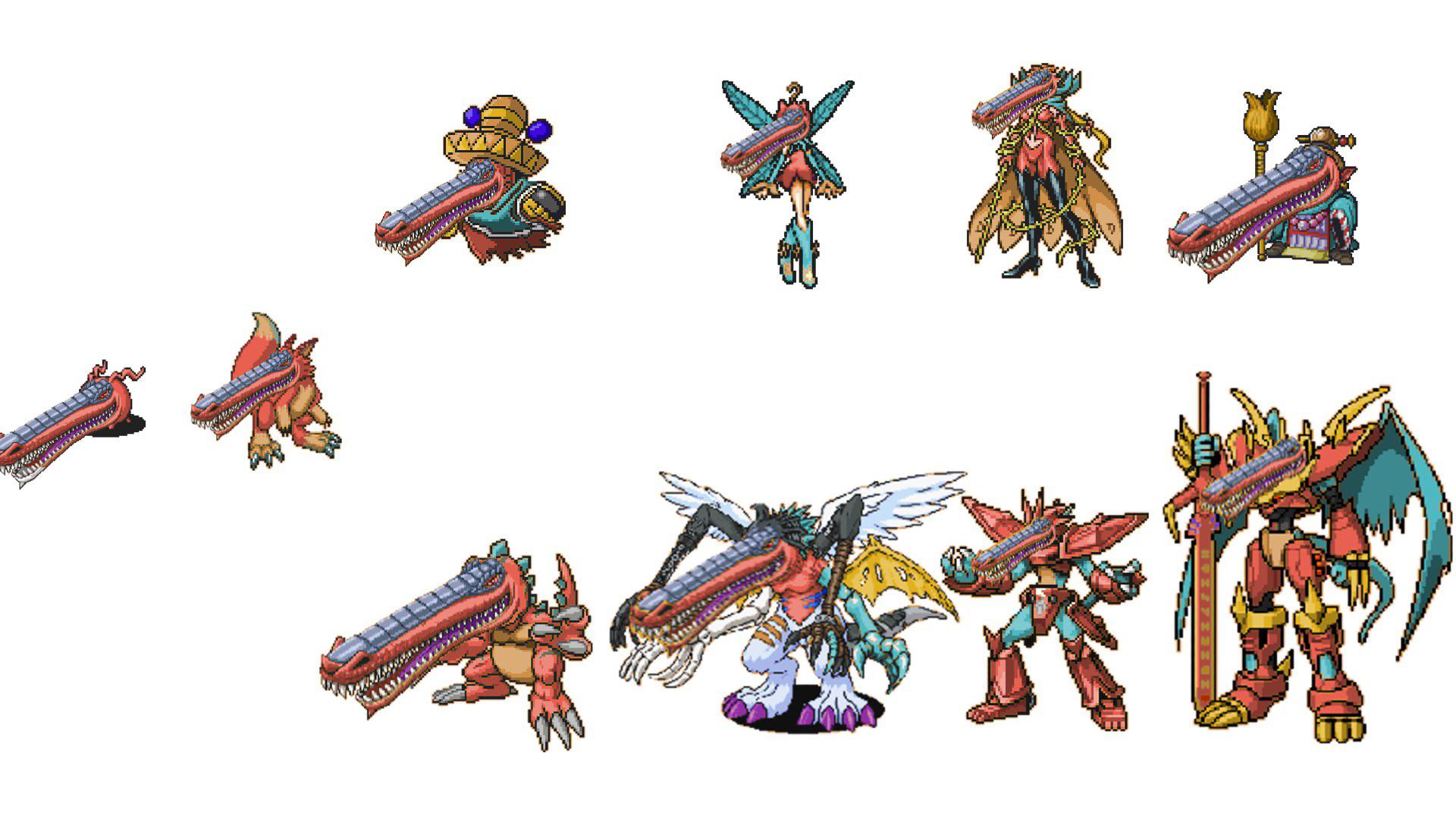 👍︎ 203
📰︎ r/digimon
💬︎
👤︎ u/sometimes_pirate
🚨︎ report
Evolution of the Italian Vetterli action from 1870 pattern to 1870/87 to 1870/87/15. Very interesting to watch the clean lines and and angles progressively get worse. reddit.com/gallery/uygpcz
👍︎ 243
📰︎ r/milsurp
💬︎
👤︎ u/Franticalmond2
🚨︎ report
You know I actually never considered this evolution line for this Digimon.It would fit quite nicely.What do you think? reddit.com/gallery/uz8h55
👍︎ 48
📰︎ r/digimon
💬︎
👤︎ u/ComprehensiveAd599
🚨︎ report
With the revelation of Lechonk, I decided to draw some of my own speculations on what its evolution line is going to be like.