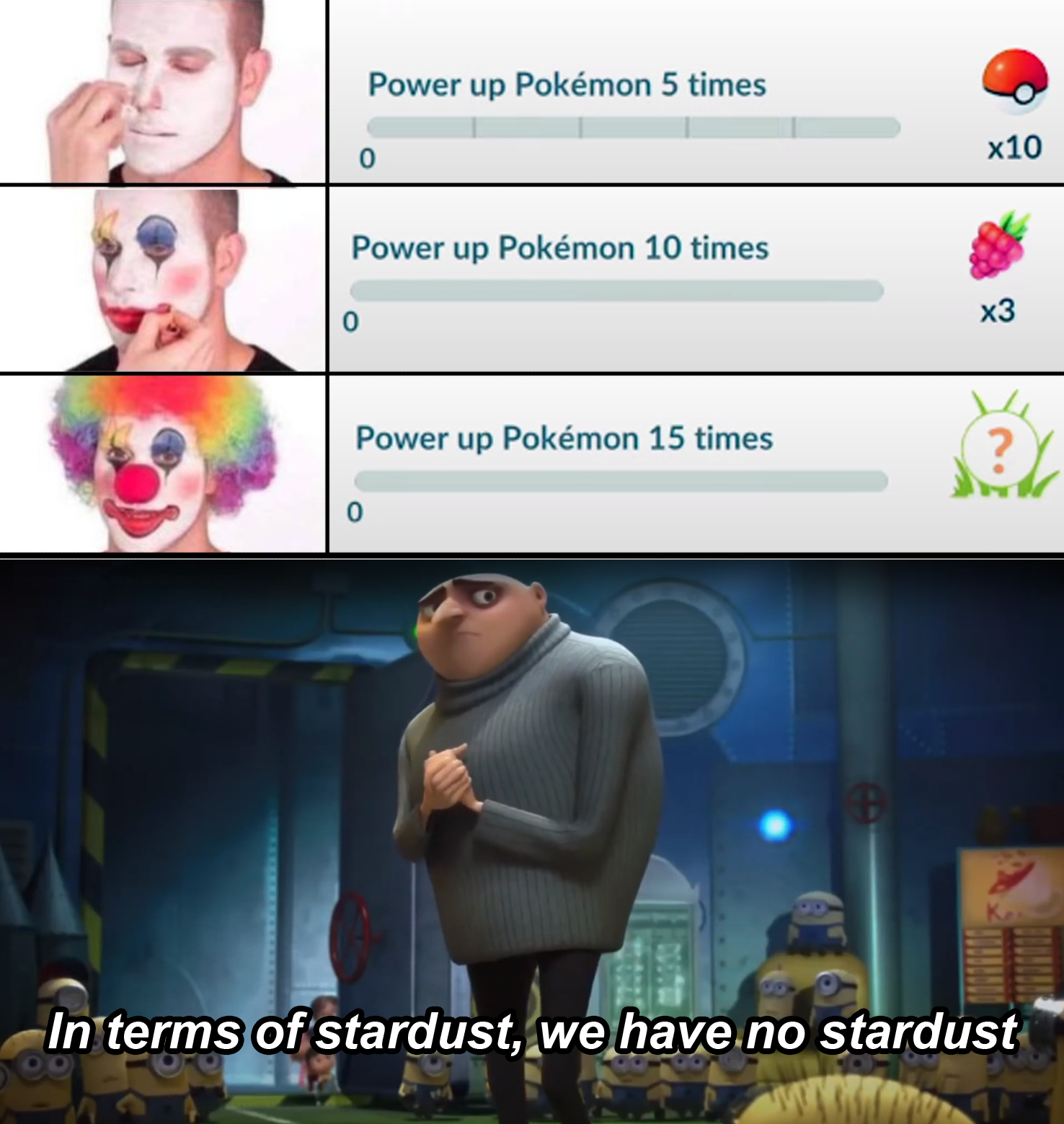 Out of fear? I mean I get that tRump was a douche, but this makes the pentagon seem like scared little minions. Not sure that’s the case.

Great now a woman can be responsible for waging war on the rest of the world. That’s progress.

What we needed all along was more female war criminals

[Half 👏 of 👏 the child 👏 killers 👏 should 👏 be 👏 women :)](https://www.reddit.com/r/politics/comments/m02m70/biden_nominates_female_generals_whose_promotions/gq6o6xz?utm_source=s 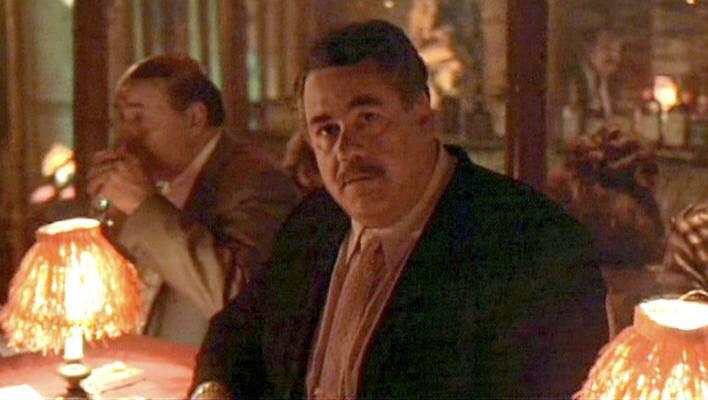 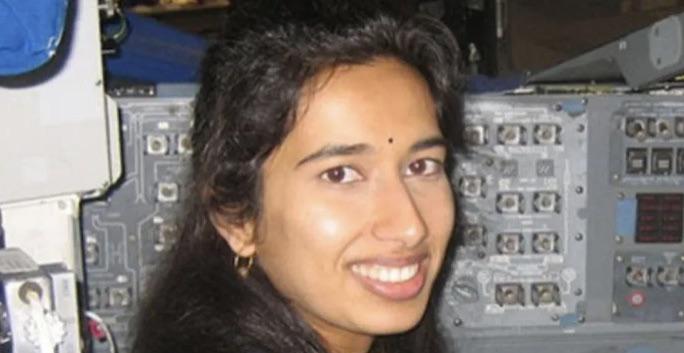 👍︎ 35k
📰︎ r/nextfuckinglevel
💬︎
👤︎ u/RedditWasAnAccident
🚨︎ report
TIFU I once loudly blurted out "MMMMEEEERRRRRYYY CHRISTMAS!" when the judge in charge of my court case told me my sentencing date was December 23rd.

My pre-sentencing date. 3 lawyers, stenographer, clerk of courts, and judge were in the room. Super quiet when no one was talking. I had been arrested with six ounces of marijuana and the charge carried possible prison time, with a modifier of being on or near school grounds. They had caught me at midnight, pulling up to my house, which was, admittedly, across the street from a school. I didn't sell drugs, and I certainly would have never sold drugs to, or done drugs with, someone under 18. But, the law's the law. So maximum of 8 and a half years in prison. Judge says "Mister Technician, you'll report for your sentencing date December 23rd." To which I loudly, merrily blurted out; " MMMMEEEERRRRRYYY CHRISTMAS!" It was cheeky. My heart dropped. I knew I messed up. Now, don't call me a liar, because this is absolutely true. The courtroom went dead silent, and as my gaze met the judge's he erupted in laughter. The rest of the courtroom kind of chuckled uncomfortably, while my lawyer slowly turned to meet my eyes with a look that said "The FUCK is WRONG with you?!" The judge stopped laughing, and said "Alright, Mister technician, we'll push back that date and reschedule for January 21rst."

TL;DR My stupid filter shut off and I almost sent myself to prison.

Edit: This was not actually today, sorry for the confusion. 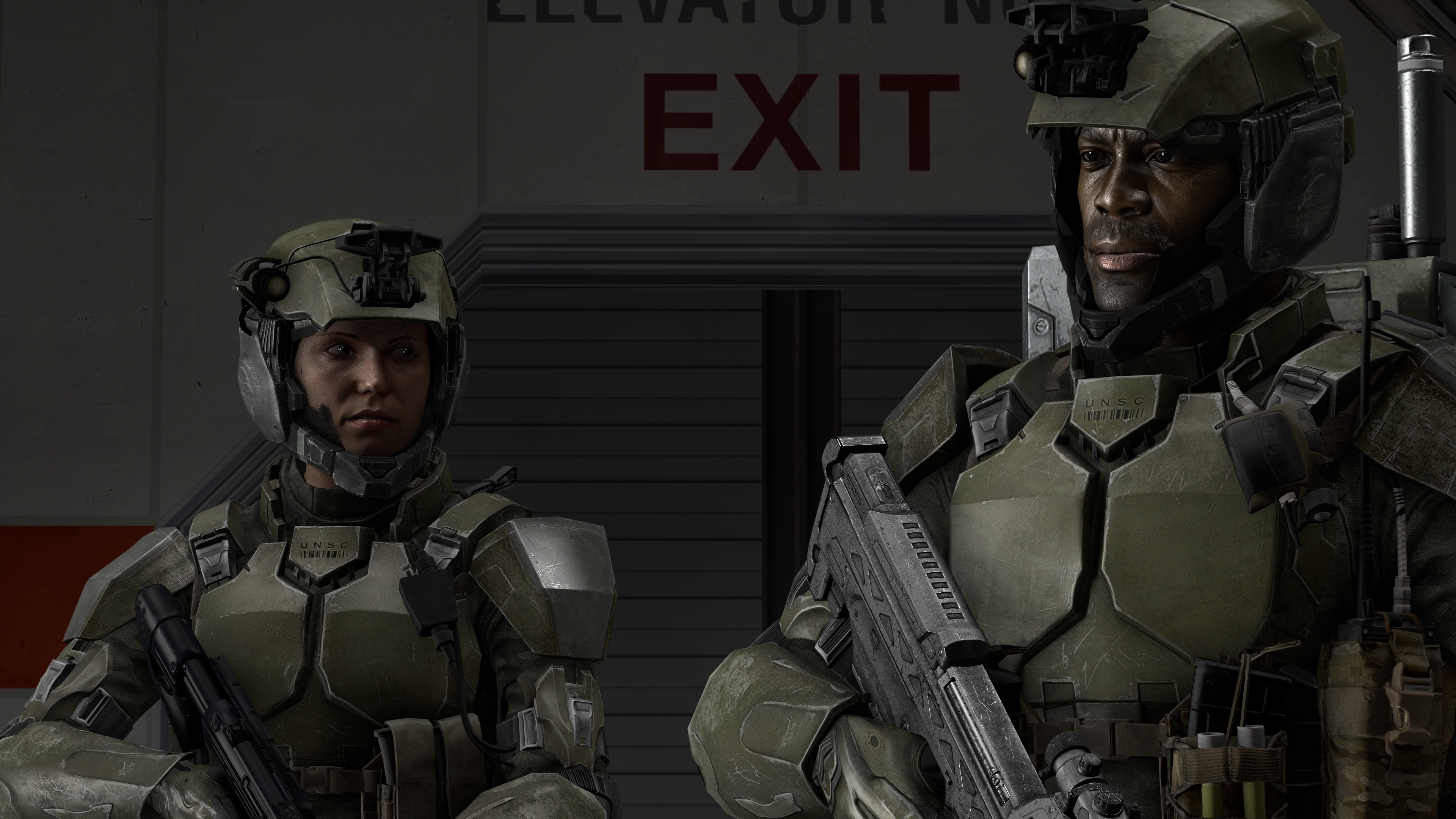 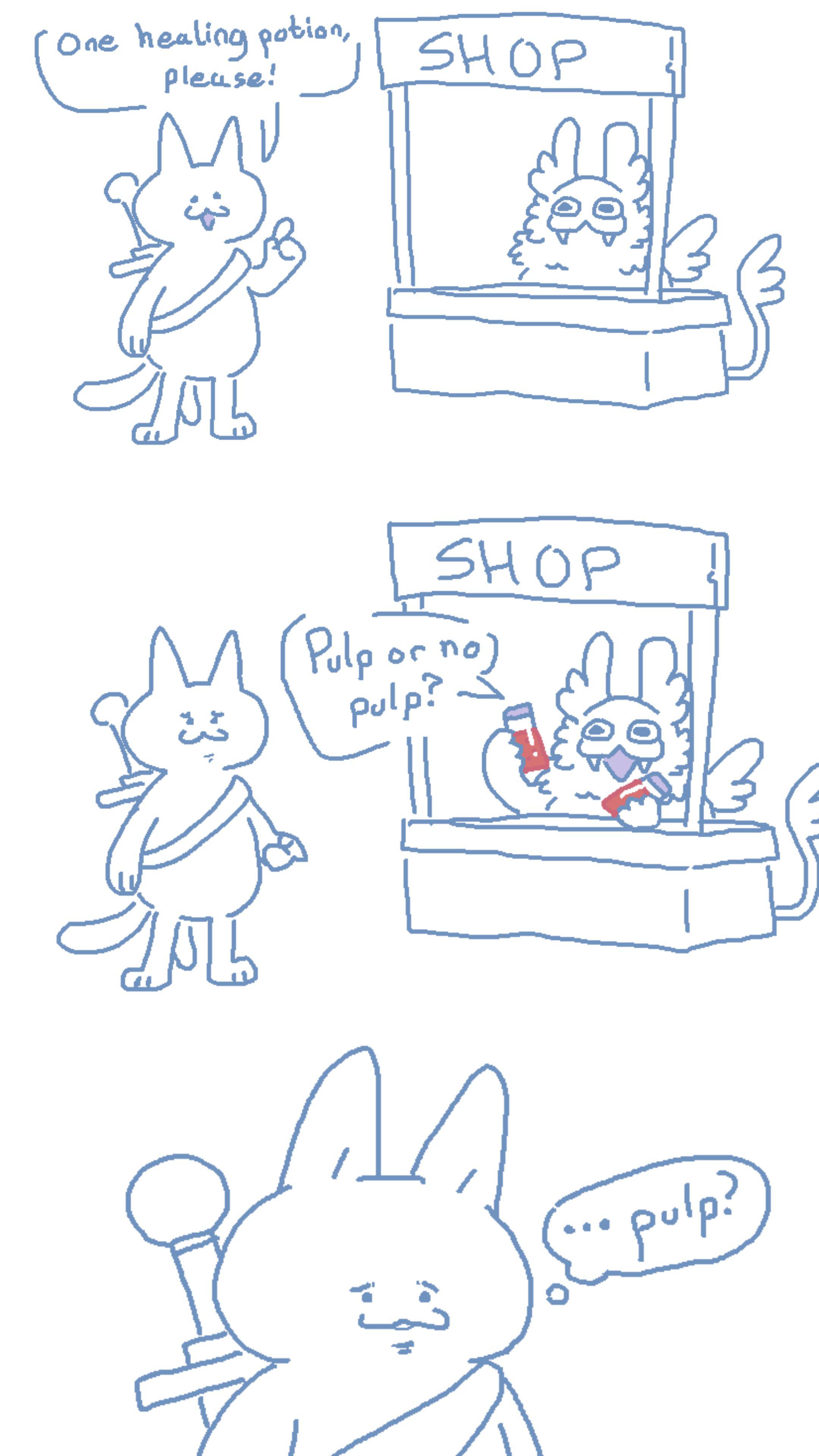 3 and 5 charges are clearly too much.

Okay, I know how this sounds. Please hear me out at least.

I’ve been with my boyfriend for 11 years, since I was 15. His mother has HATED me since the first day she met me. She hated me due to my ethnicity, (Kosovan Albanian) she hated me due to my career, I work as a model and she decided that makes me an empty headed, vain, shallow person. Then when I told her I still planned to go to university alongside my career she said I was doing it to “impress” my boyfriend. I’ve since left uni with a distinction and her new reason to hate me is… I try too hard? She has also insisted I’ve cheated on him throughout our entire relationship which is a ridiculous claim, I’ve never even kissed another man in my whole LIFE. I have zero desire to cheat and never will.

Late last year she attempted to void the insurance on my boyfriend’s motorbikes, she tried to do this under my name so, hypothetically, when he was arrested for riding with no insurance and called his insurance company, I’d get the blame. After this happened my boyfriend and I agreed to cut her out, however it hasn’t stuck, she left my boyfriend alone and respected his wishes for NC but she’s continued to contact and harass me.

This leads to the last few weeks, my boyfriend works as a motorcycle test rider and he got in an awful motorbike crash while working, as such I now need to care for him. I’m okay with that and I’m focusing on seeing it as an opportunity for us to get closer, it’s been nice honestly. However his mother has been AWFUL to me. She’s called me litany of terms. From things as tame as stupid to things as awful as a “Nasty Serbian half breed.” I’m not Serbian and she’s well aware that calling a Kosovan a Serb is offensive. I tried to block her so she started making new iMessage accounts and began to continuously harass me via those accounts.

Then came Friday night. The police turned up at our door. I was pretty confused and was quickly told they were there to do a welfare check as they’d received “multiple” claims of horrific abuse I was apparently putting my poor boyfriend under. Obviously they quickly discovered he was fine, albeit grumpy and they left. I know for a fact it was his mother, some of the details the police mentioned made that obvious.

I’m now at a point where I’ve realised I literally cannot do this. I’m going to press charges against her for the insurance and harassment (it’s a crime in the UK) and I’m likely going to sue her for damages, for the sake of my mental heal

ETA: I posted the update on my profile here

I'm not sure if the title is the right way to word it but hear me out. I (21f) found out five days ago that my mom(50f) lied to me about my tax refund last year and had the money direct deposited into her bank account. She and I are not on talking terms as she borrowed 200$ from me in early January and refused to pay me back, even though this is the only time I've ever asked for it back. Since we are not talking, I had to attempt to file my taxes on my own, now she's always done my families (28f, 30f) and I taxes, so when it was rejected because I couldn't remember my AGI for 2020 I had to request a transcript to figure it out. Although, I ended up finding out I had received quite a large refund and the account it was deposited in. Immediately, I called her to ask her what the hell? Why did you do this? She declined. I texted her several times, no response. I called my oldest sister(30f) to try and get in contact with her that I need to talk to her ASAP. Mom then blocks her, and blocks me across social media.

That all happened last Friday, so coming to this last Monday, I called the IRS panicking and trying to figure out what I should do, can I even do anything? Lady on the phone guides me to fill out some forms and contact the Federal Trade Commission with identity theft, (although I don't know if that's what this is) I fill out all sorts of stuff and to file a police report. I called oldest sister again, she says its not going to go anywhere, waste of my time etc. and I'm just going to ruin my relationship with mom. My other sister is fully supportive and encourages me to do what I feel like I need to do. Coming to yesterday, I went to the police station and gave them copies of all of my paperwork, proof money went into her account, her info, etc. The detective called me and let me know, they have everything they need and are going to arrest her and suddenly I feel bad. Should I have just let it go? My refund was nearly 2000$ and I could've really used it as I had just been laid off due to C19 at the time. My oldest sister is kind of at my throat and I don't know what to do. I've given her over 5000$ over the last 3 years and feel like she just used me even more than she already was. AITA?

ETA: Thank you all so much for your comments!! My mom didn't get my stimulus checks as they were both mailed to me! Also, I understand that I 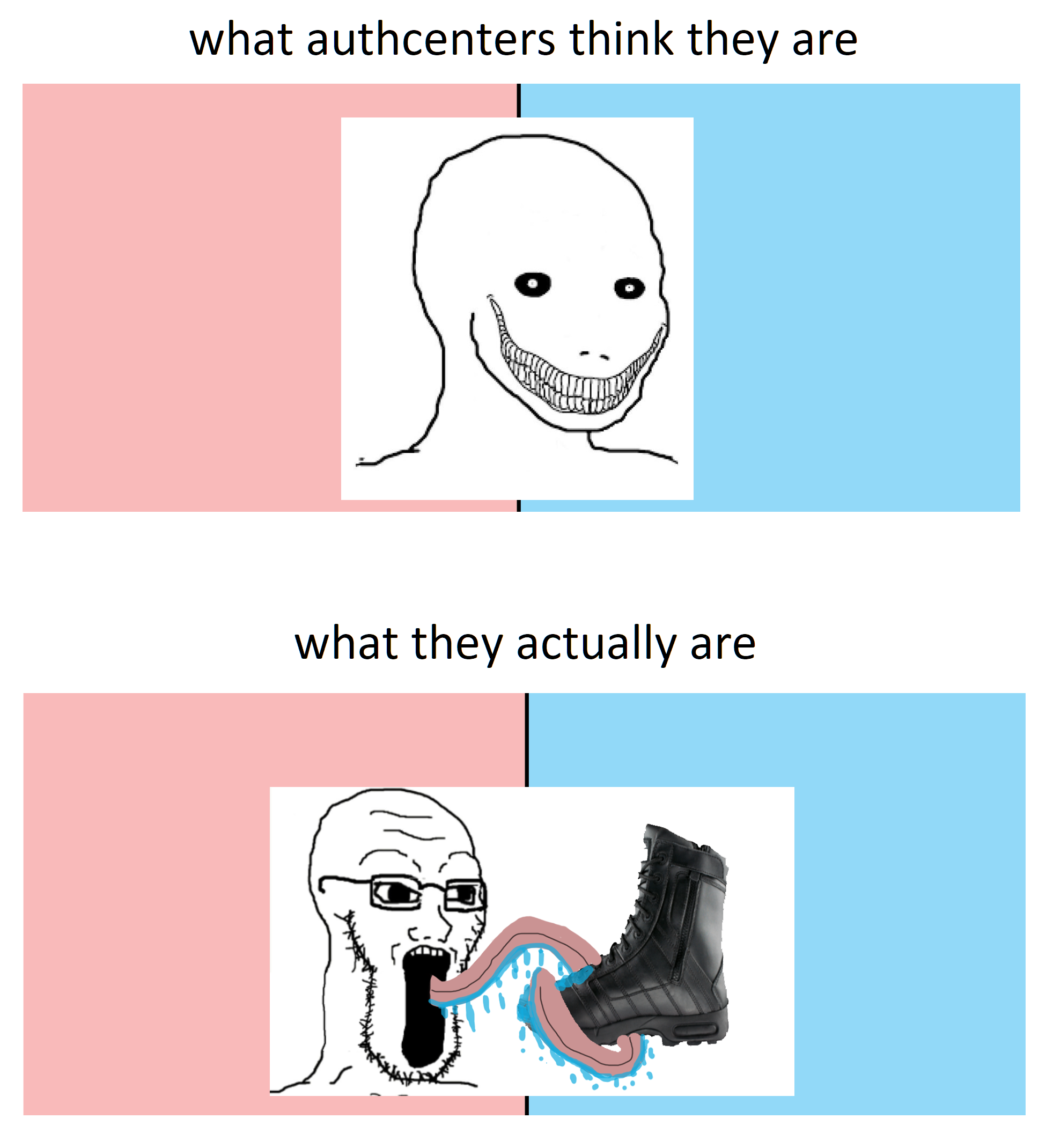 The year is 2021, it should be normalized at this point for men not to have to literally do everything when it comes to dating, especially online.

Being a guy it gets absolutely exhausting having to be the first one to send the first message or plan the date. Hell even just approach me with a compliment would be great as well. If you’re scared of rejection or fear coming off as desperate, guess what...men have to go through that on a daily basis.

I had a woman the other day who seemed so mature, she initiated the first conversations and even planned and called ME for a FaceTime call. It was literally the sexiest thing in the world for a woman to do that. It was a breath of fresh air and I wish more woman could take the lead sometimes and actually show interest.