In Ralph Breaks the Internet (2018) Nick Wilde from Zootopia makes an appearance in the internet world. This means all of the Rule34 of him I looked up is cannon. 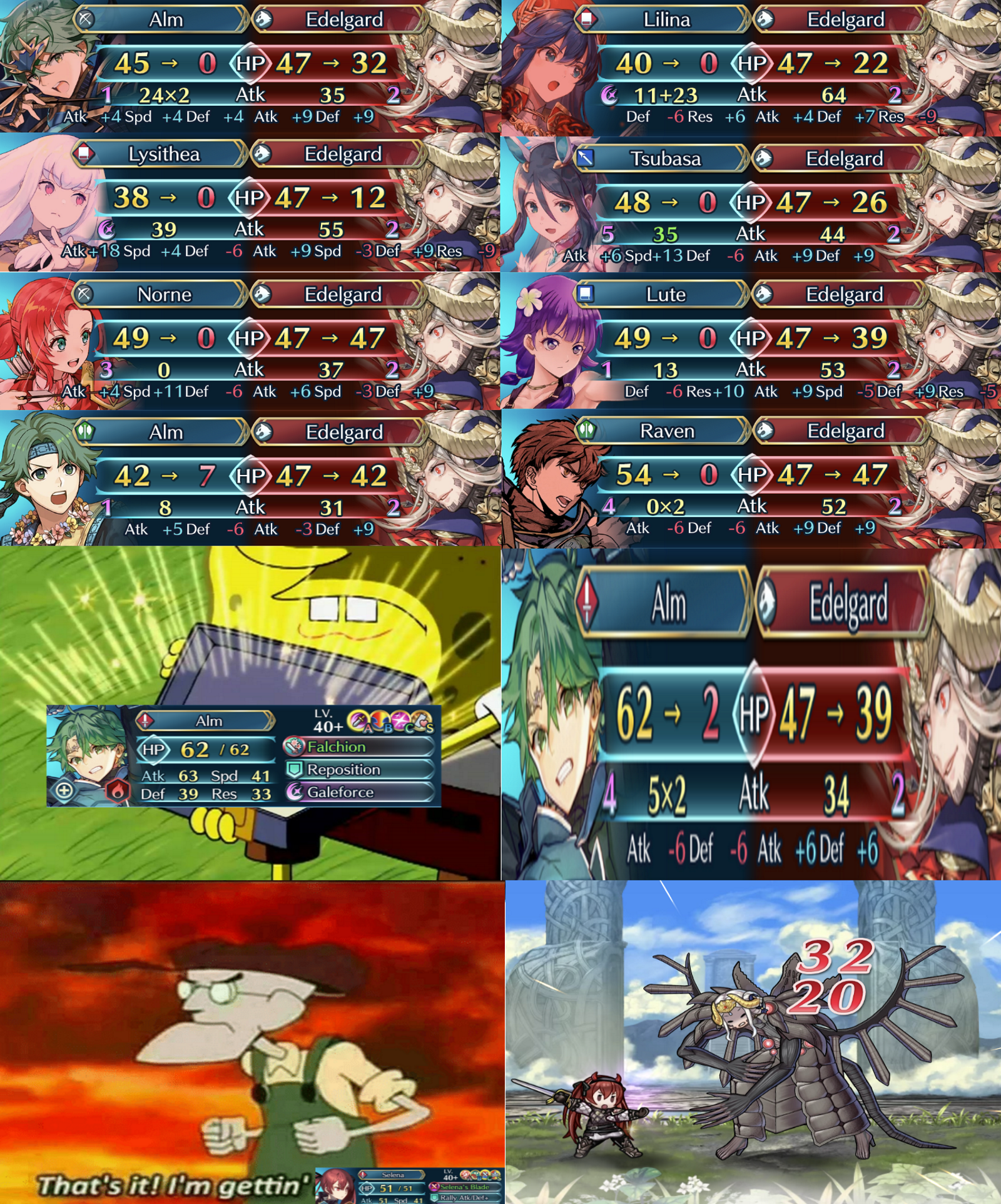 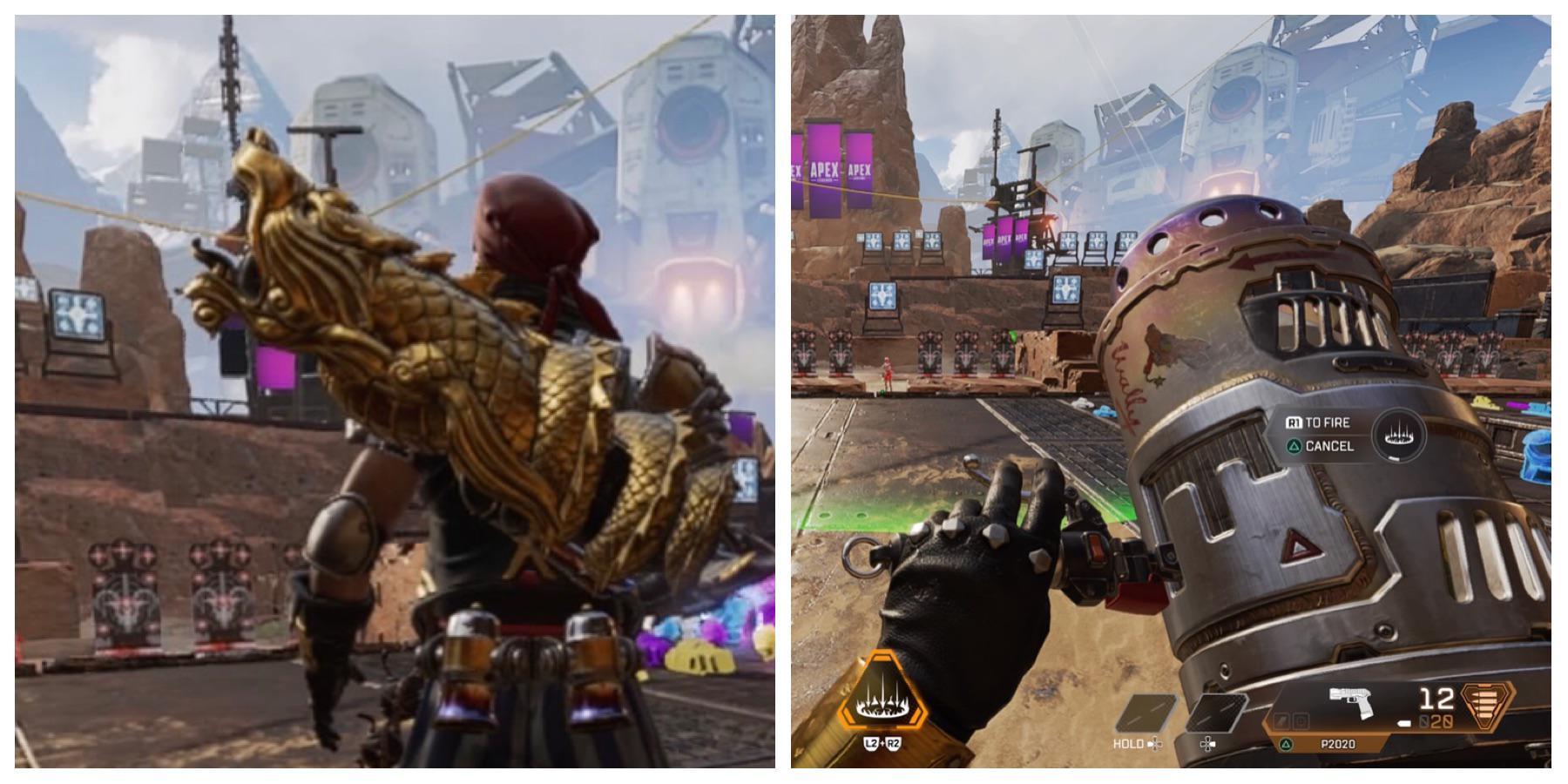 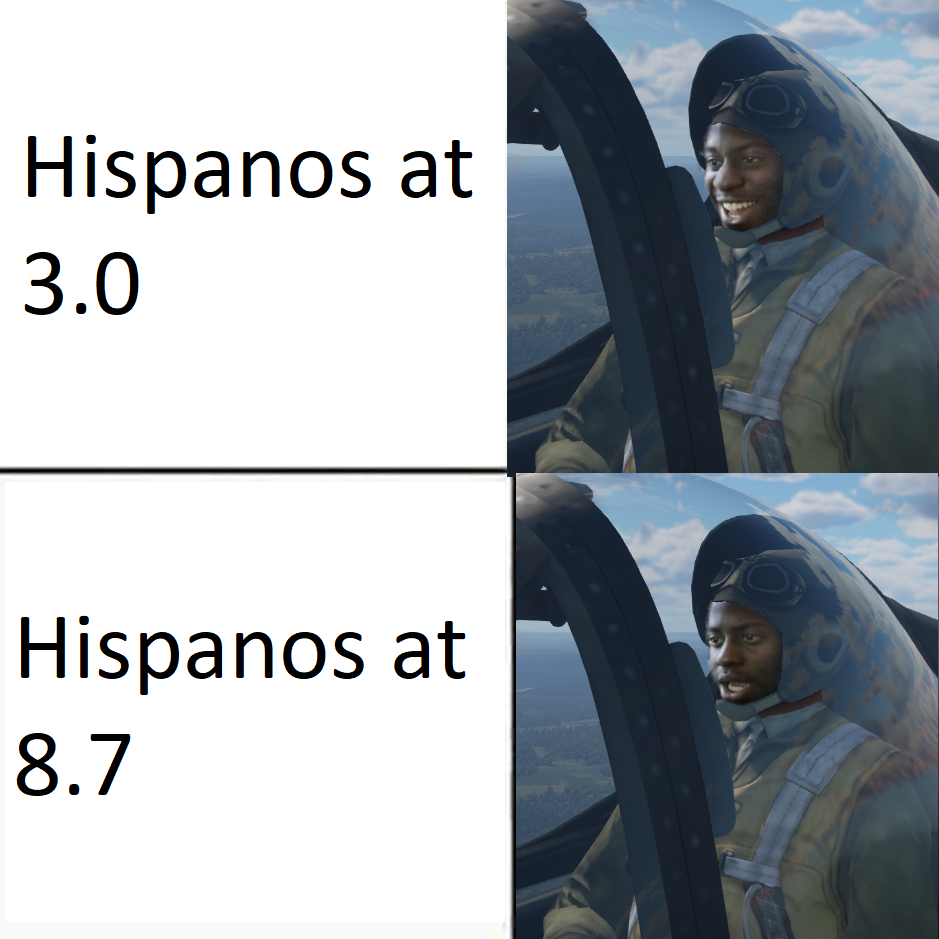 Context: Taliban rockets getting stopped by a C-RAM system. Reminded me of the PDCs used by the ships in The Expanse. Amazing to see them used IRL... I don’t think I’ll forget that sound any time soon.

"Calm down, man. That's just the Nature of the Beast." 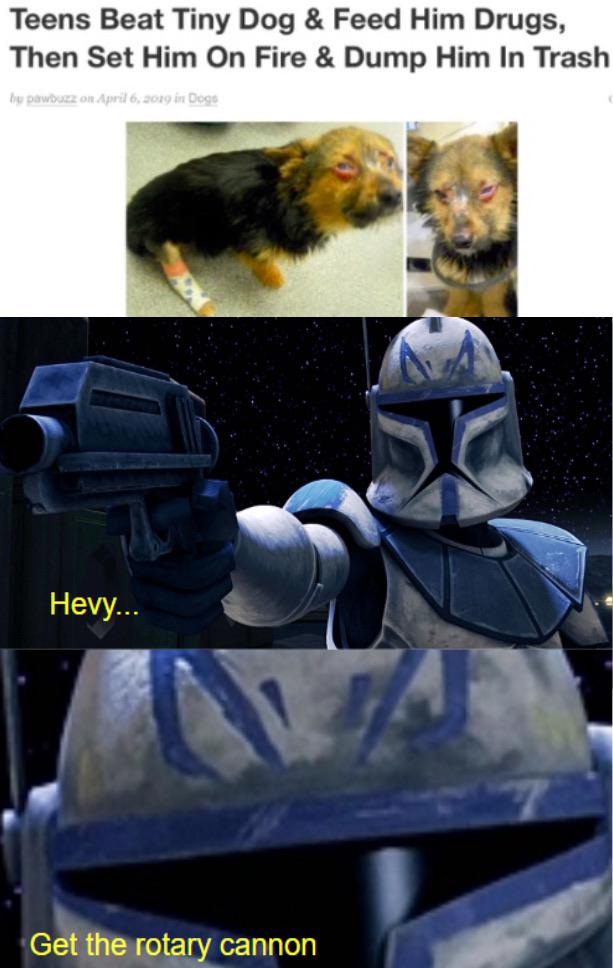 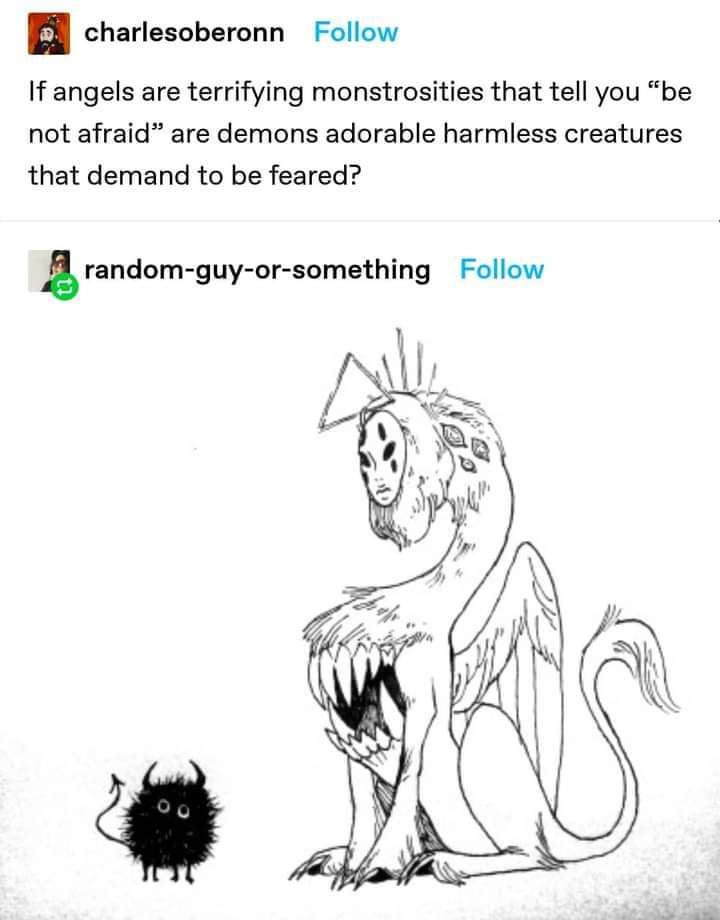 Fighters with either good striking power or deadly grappling that could end you fast, but lacked in chin or good defense.

Alistair Overeem is the obvious one that comes to mind. Great striking, but an infamously weak chin that got him KOed a lot over his career. So are there any other such fighters who had great offense but couldn't really take a good hit?

I feel Pulse rifles and Hand cannons have dps that is way too low. I understand that the upside is supposed to be that its more about damage spikes and better range so theyre easier to use with cover, but a rapid fire scout like Trustee blows all that out the water imo.

I think Pulses need a 30% buff like RL's got and Hand cannons maybe 20%. (based off the dps chart provided by Dragon), only then will they compete with autos/scouts.

But maybe thats just me, what do you guys think?

Last post got removed for semantics I guess? so I'm just wording it different, otherwise whats the point of having a "Discussion" flair?

Every season we’ve had a new exotic HC ornament with 23 in total. That’s 9 more then the second exotic weapon type, scout rifles. I get that we love hand cannons, but can we give our other exotics some love as well?

Edit: I’ve had to fix this so many times now because of typos.

Edit: Oh my, this certainly has become popular. I just wish my other posts got this much traction. Thanks everybody.

Ever notice how when you go around in PvE with one of these weapons, you always get that incredibly unsatisfying result of needing to shoot trash adds again because they still have a nut hair of HP leftover? This is especially apparent & frustrating for certain archetypes.

The worst part about this is it pushes people towards those gosh darn damage perks, and only because they don't want to shoot every enemy twice. You'd think minor spec mods, right? Well, they don't always fix the problem, because it depends on the weapon archetype and the difficulty of the activity you're in.

So can we get a damage/hp tuning for minor enemies in a future patch? **And I'm not talking about a crazy damage buff, just a tuning so that enemies at certain difficulty levels aren't just constantl I get that this was maybe all done back in Shadowkeep to incentivize using finishers... but can't we just do that with bodyshots instead? It'd also make damage perks feel less necessary on certain weapons, so maybe I could actually try different perk combinations for once and not feel like I'm missing out big time. 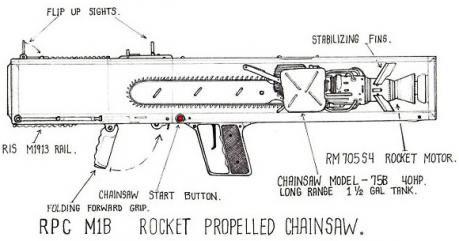 👍︎ 9k
📰︎ r/ItemShop
💬︎
👤︎ u/Malignlyplunge37
🚨︎ report
I built a TNT-powered arrow cannon, perfect for base defense! v.redd.it/1ur09ej0qps61
👍︎ 9k
📰︎ r/Minecraft
💬︎
👤︎ u/TheDeadbush
🚨︎ report
Completed my ship in a bottle and made a small modification to make it look like the cannons are firing. 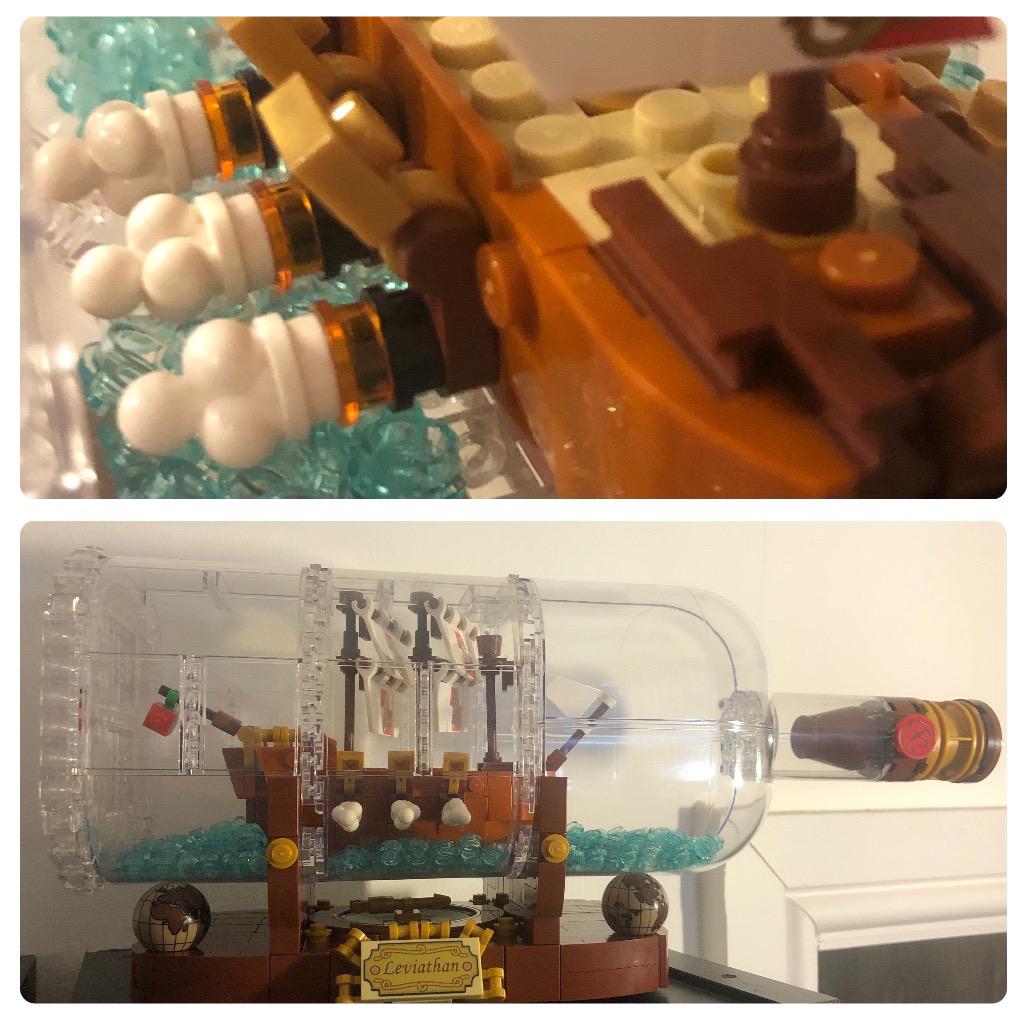 I just finished Middle Earth Shadow of Mordor and I'll say it's a must-play for fans of The Lord of the Rings and it's universe. It gives additional context to the Lord of the Rings universe such as who actually made the rings and things like that. Most importantly, it's a lot of fun. Running around killing uruks is very fun and there's even more to do like tame caragors and free slaves. You can play very stealthily, run around fucking destroying uruks, or a mix of both. The gameplay loop is fun and the nemesis system only improves it. The game also looks really good despite it's release almost 7 years ago.

Here's what I think about the game more in-depth:

The story is amazing. I love it. The writing is really good, it complements the gameplay well, and it doesn't break cannon(at least not that I know of), only builds on it. The only thing I didn't like about the story is that it was, for the most part, told through cutscenes. This in and of itself is fine, but those cutscenes are choppy as hell and 12 FPS. It's kind of jarring going from beautiful 120 FPS gameplay to pre-rendered 10 FPS cutscenes with screen tearing everywhere. I also thought it didn't ruin the experience, but reducing the battle with Sauron to QTE prompts of E and SPACE kind of sucked. The whole final battle was just kind of underwhelming. The talons were weak as shit and some of them I killed without even fighting them, my warchiefs did most of the work for me. Other than that the story is really really good.

The gameplay and systems were well-made and really fun. The combat is hard at first but gets easier as you unlock more moves, learn more strategies, and get better. Stealth is a fun and rewarding option, but if you're well-equipped you can also just tear through legions of uruks. It is easy to get overwhelmed though, so you have to have some good upgrades and know how to hold your own to actually succeed with this method. I also really liked the nemesis system and how you could abuse it. After a while it's easy enough to defeat warchiefs that you can just dominate them and then you get access to free intel, a small army by your side, and additional side missions. The hunting was also fun. Hunting or taming caragors and graugs was punishing and very rewarding.

The dreaded side missions aren't half bad, but they severely lack in variety. It's just finding relics, freeing slaves, and killing uruks. Of course there's some variety like hunting or the little challenges like collectin 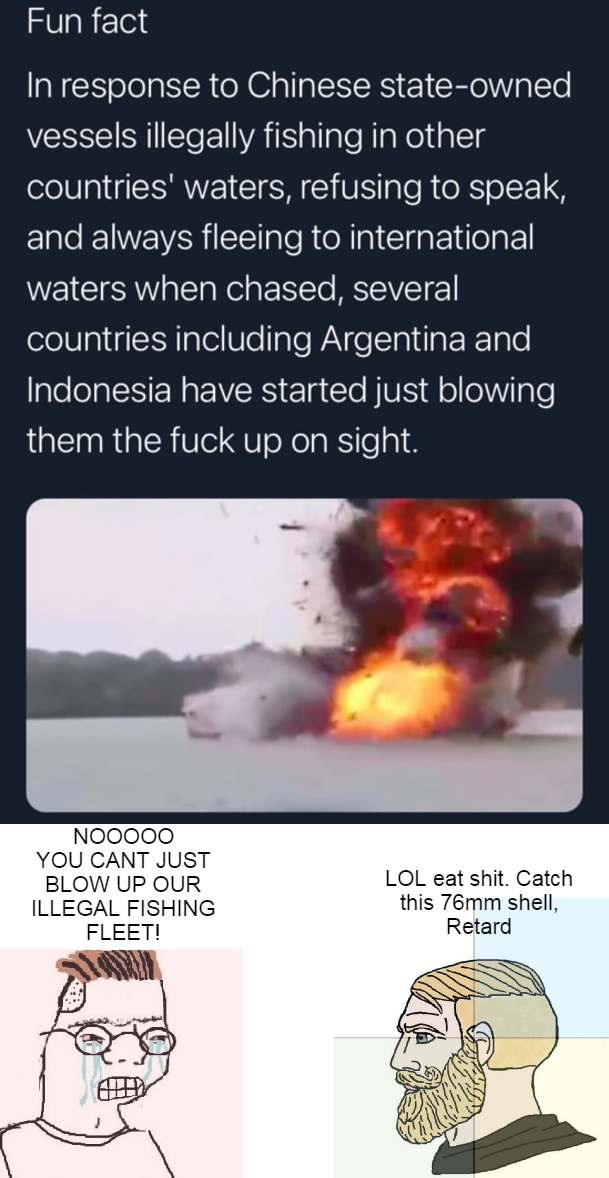 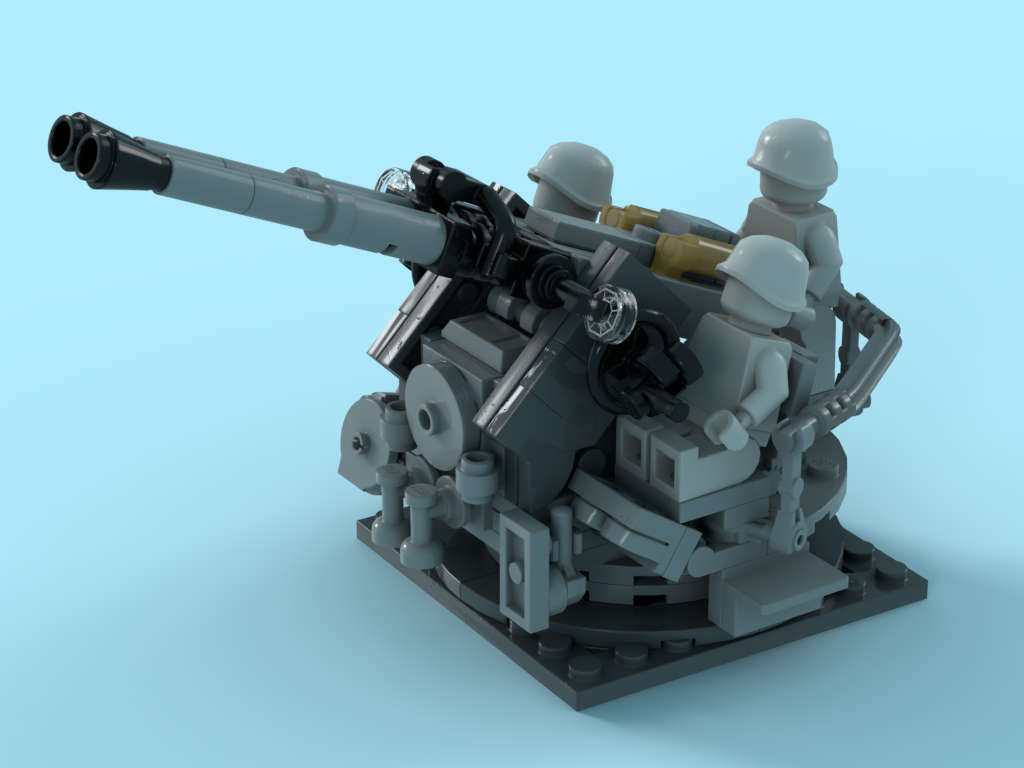 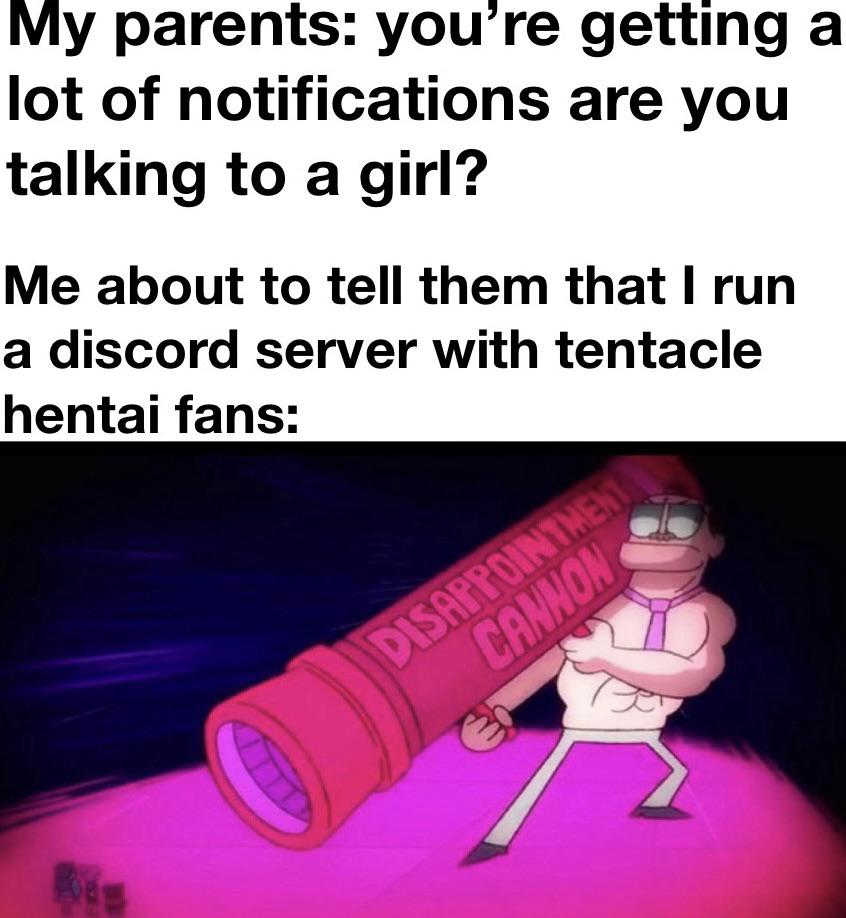 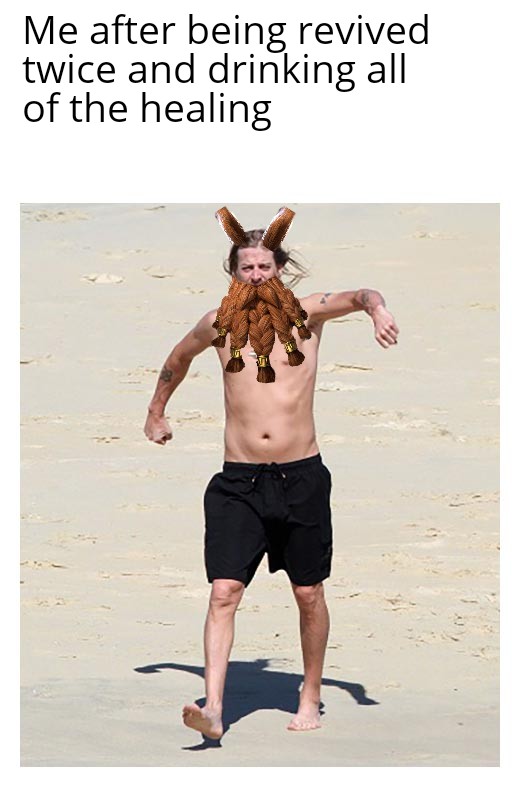 CJ McCollum voices his appreciation of Steph Curry's great performance tonight on Twitter. I love when players tweet about great performances in the NBA and this one is no exception. Congrats to Steph Curry for passing Wilt Chamberlain for the all time scoring leader for the Golden State Warriors. 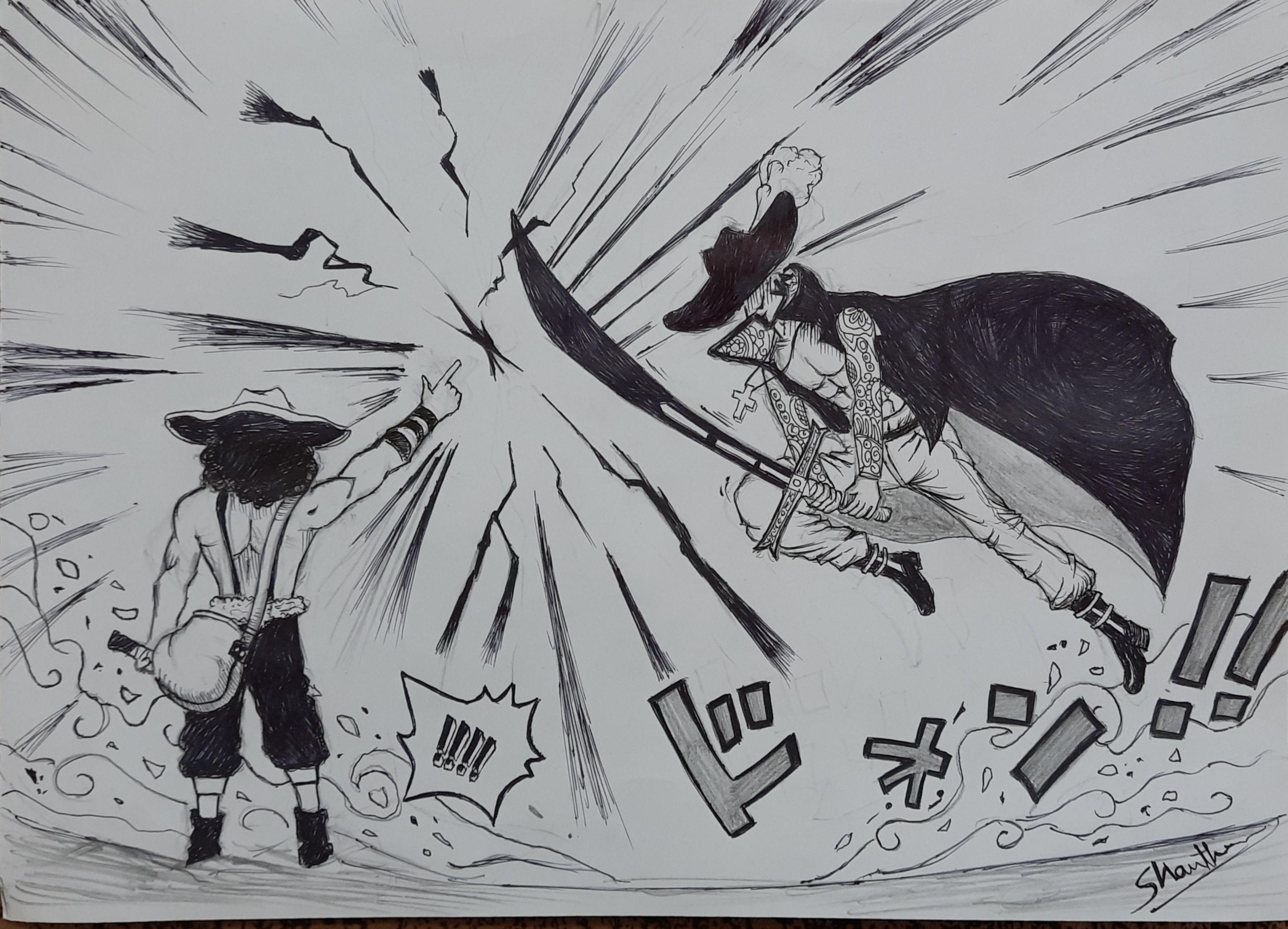 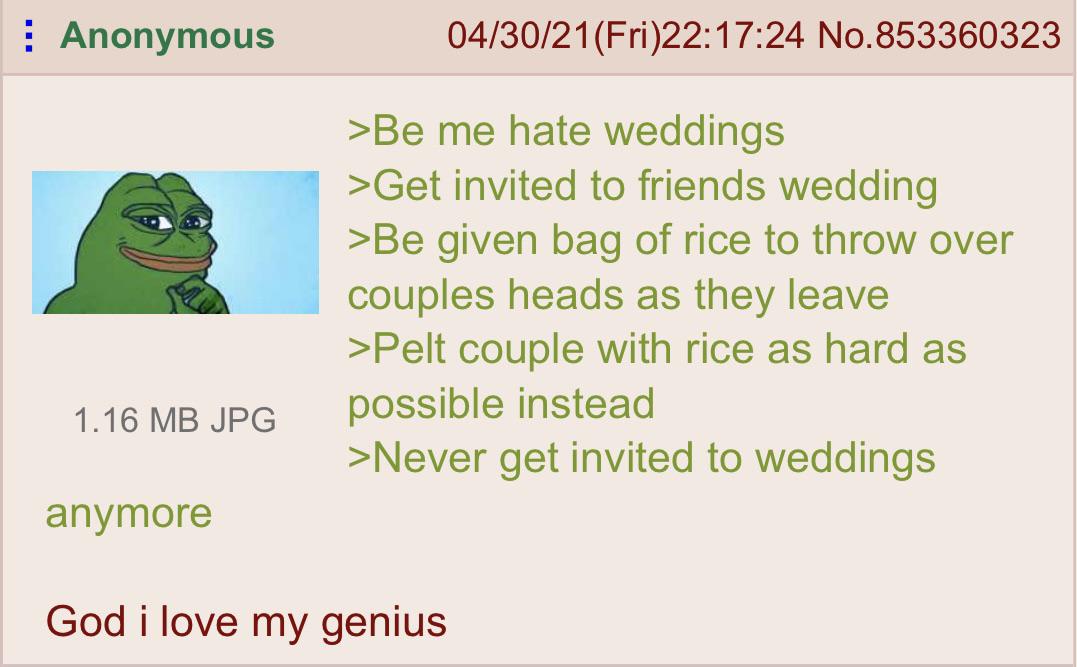 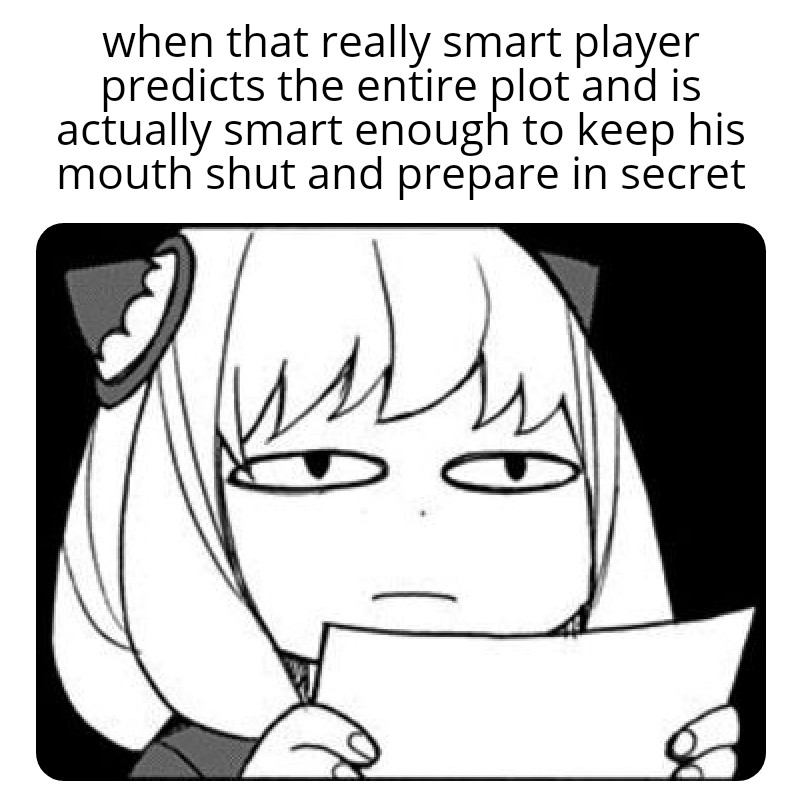 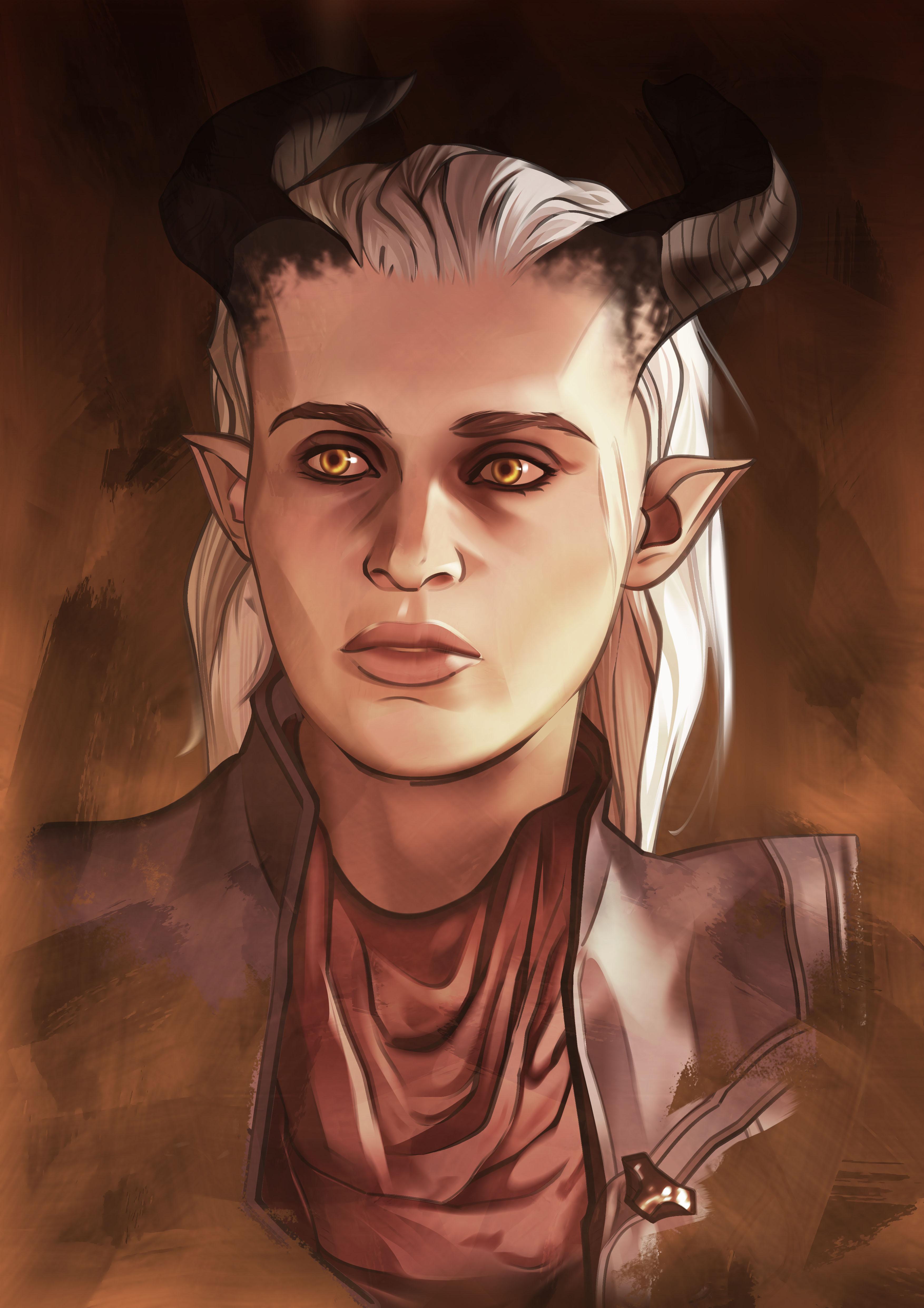