Did the whole cafeteria clap as well? 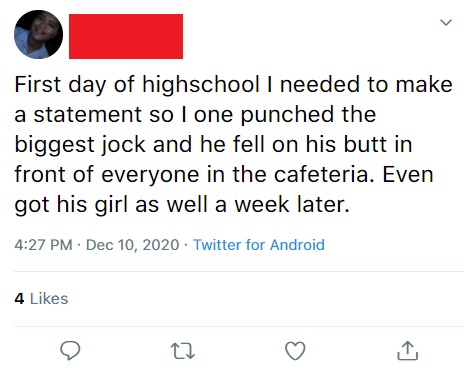 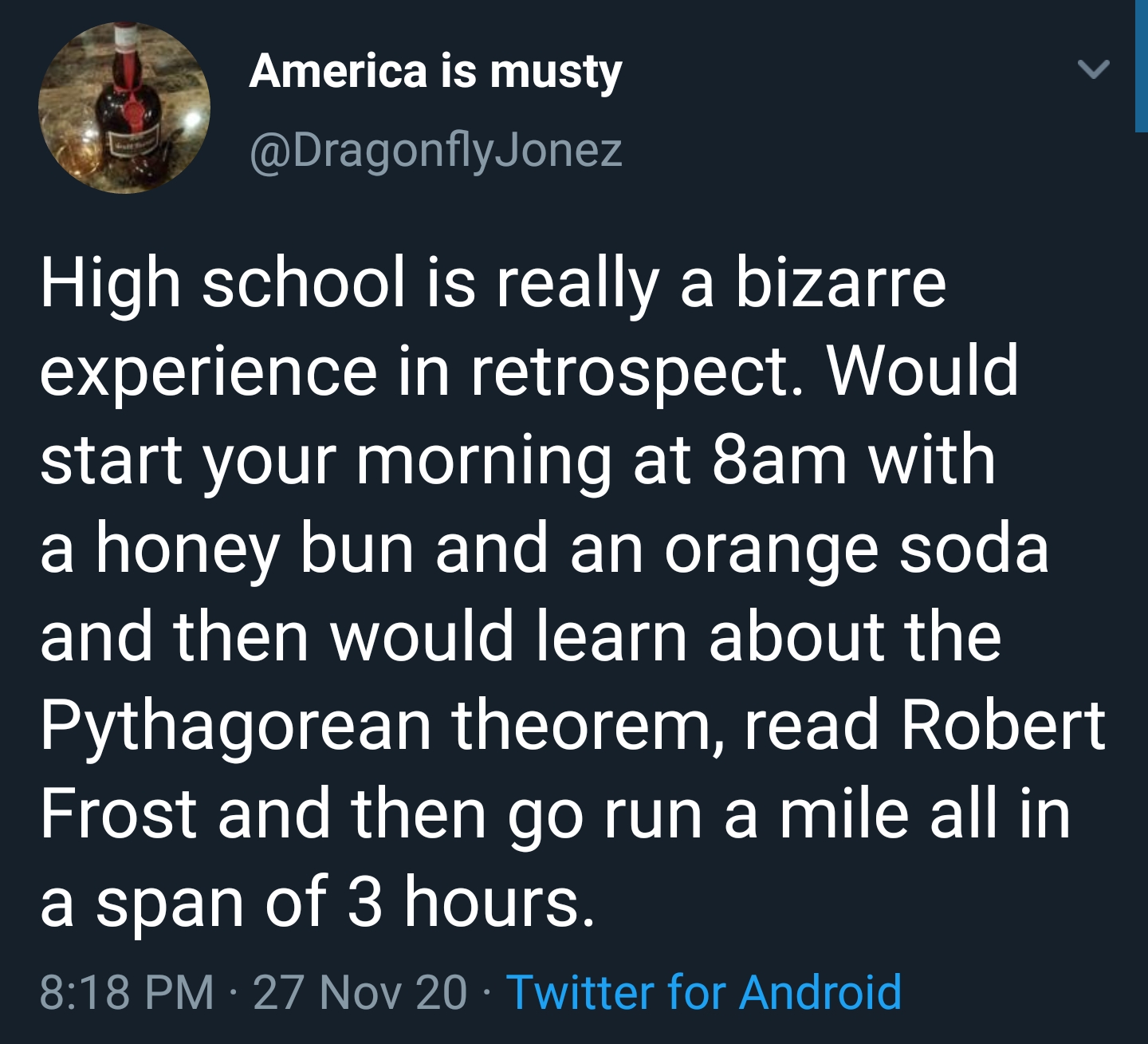 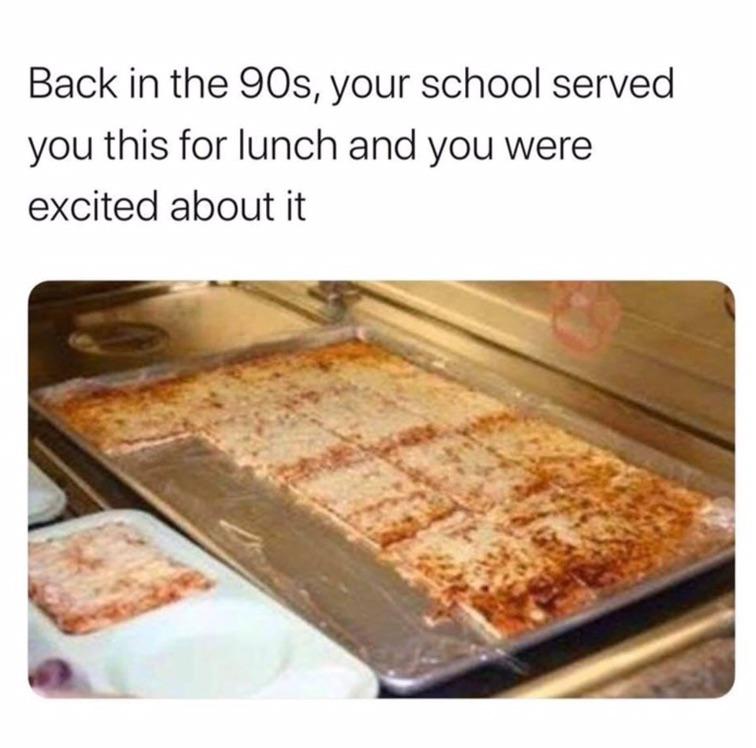 My mum was a university student as well as a mum to 4 kids so I wasn’t mad at her in any way for not being able to provide food every day but i felt like i had no other choice but to steal food.

I used to grab something like a chicken wrap, slip it into the inside pocket of my blazer whilst facing away from the cashiers then walk out as if i didn’t buy anything. I did this for about 3 weeks straight and they didn’t realise until the last day. The cashier didn’t say much and let me go. I didn’t do it again after that day because the guilt made me lose my appetite.

👍︎ 4k
📰︎ r/confession
💬︎
👤︎ u/0palvenus
🚨︎ report
I was kind of missing my uni cafeteria, so I did a sketch of it ! The ink I used is tsuki-yo, a very elegant blue ! 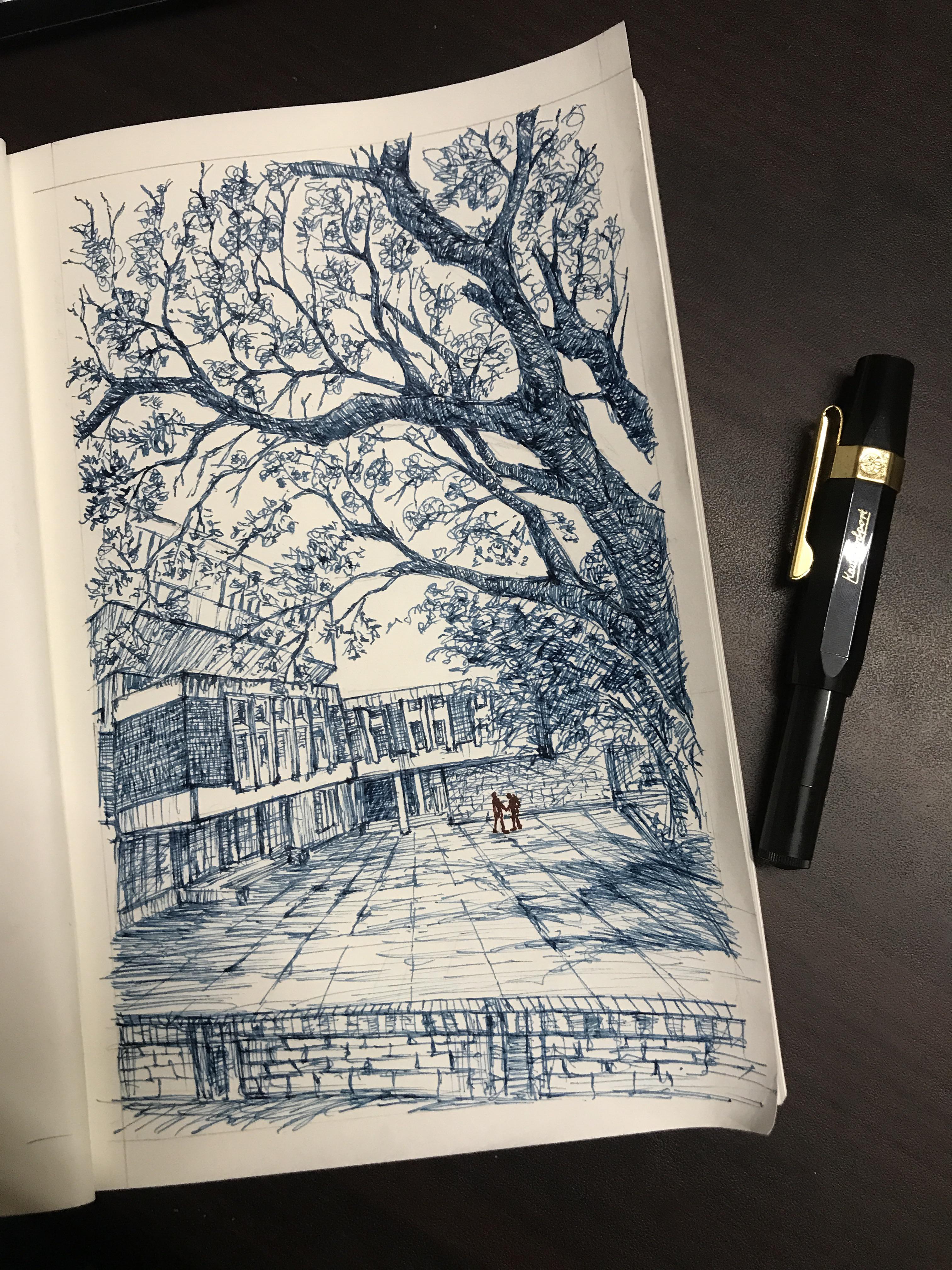 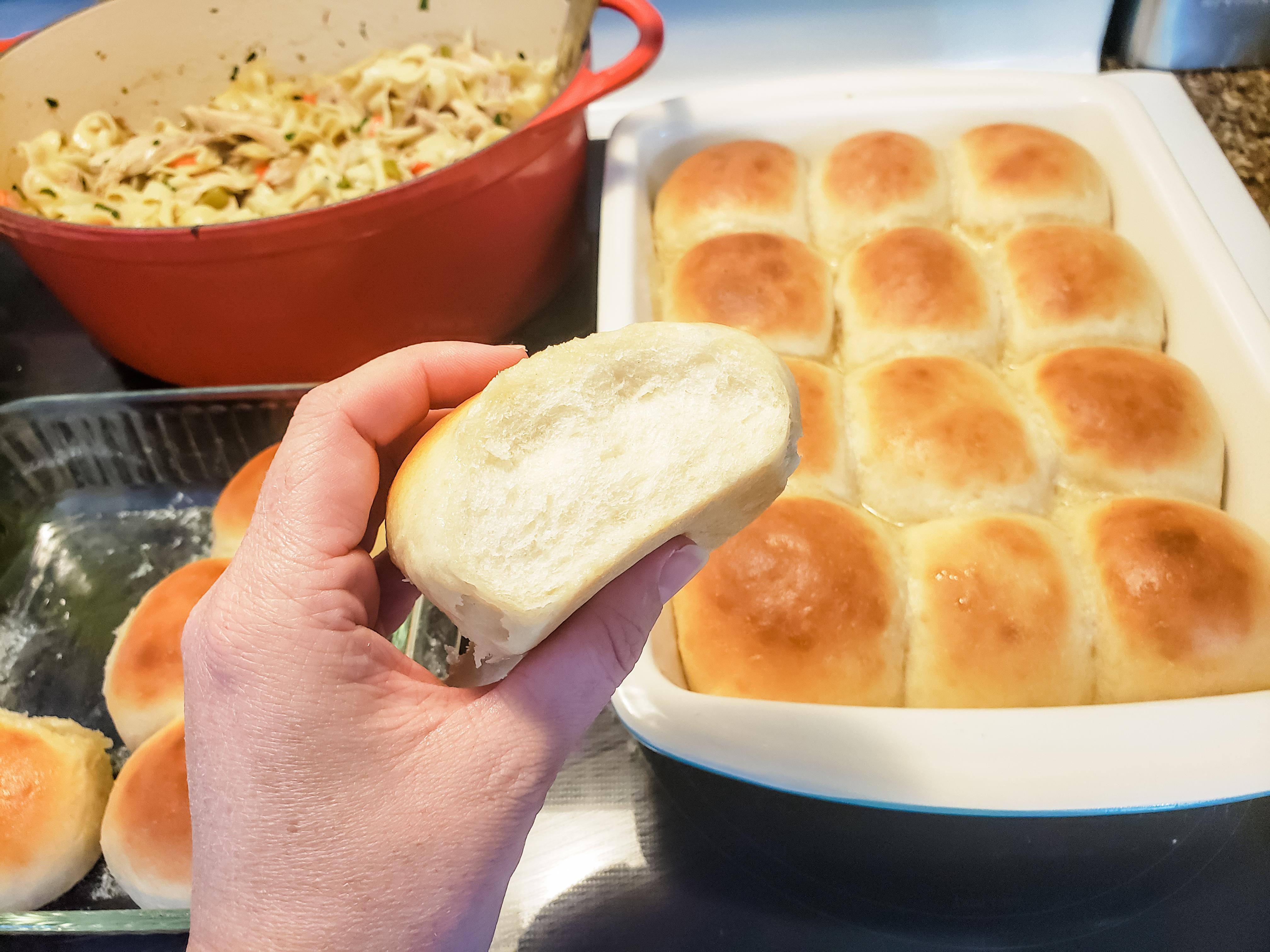 👍︎ 6k
📰︎ r/food
💬︎
👤︎ u/UnicornsAndJerky
🚨︎ report
My work cafeteria gave me a W quarter as change so me and the cashier looked through all their quarters and found all these. Got them for face. Good day in my opinion. 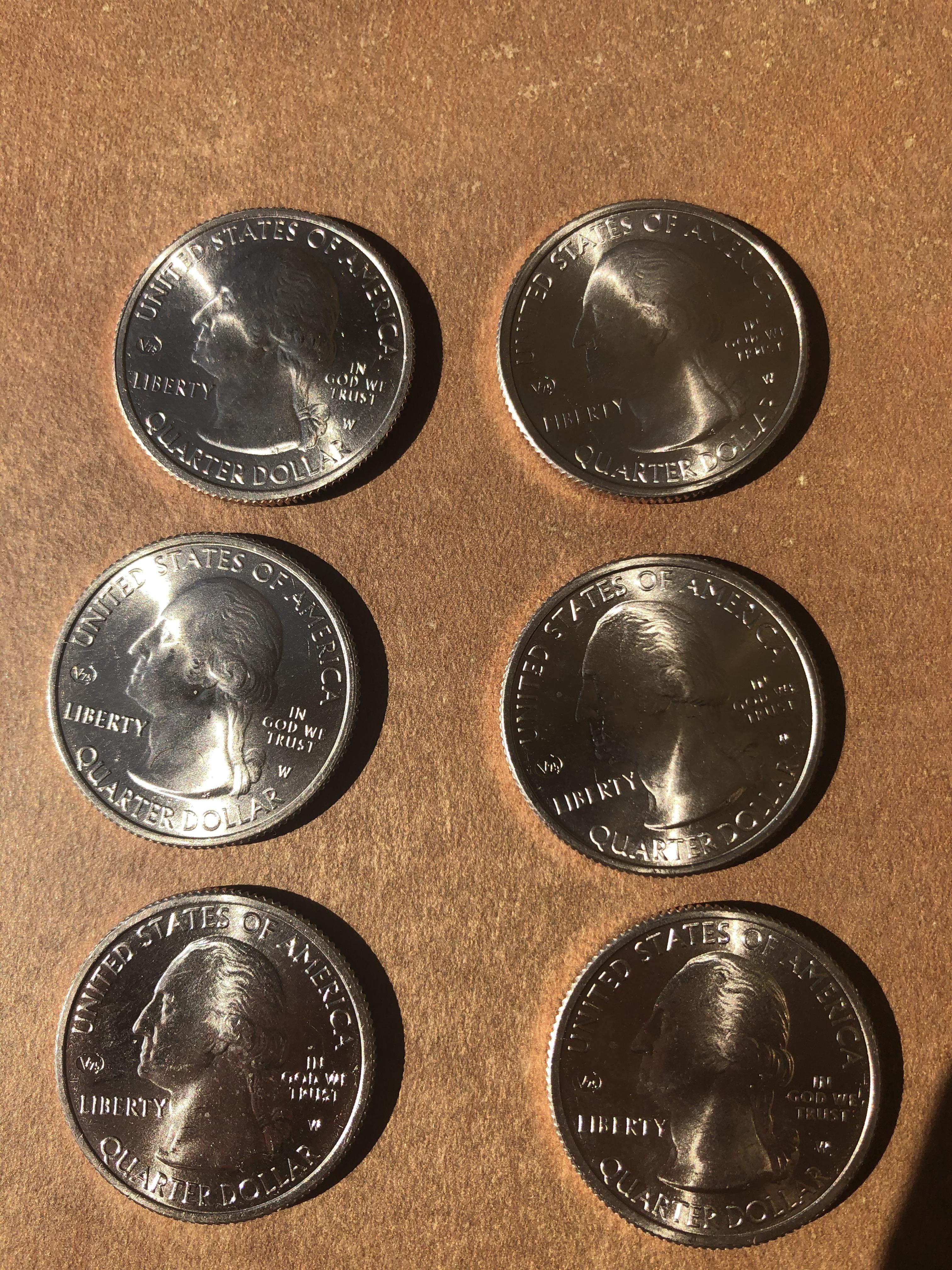 When my younger brother was in elementary school (he was in 4th or 5th grade, I believe), sweets and desserts were banned at the school, all due to the working of an EM. This ban on sweets only lasted a year luckily, but man, was it a dreadful year for both students and teachers alike.

EM was the president of the school’s PTA and had 2 kids who attended the school. This is a public elementary school with a highly diverse student population. EM’s older son was in 6th grade at the time and her younger daughter was in the same grade as my brother. Both of her kids were obese and EM decides to take it upon herself to blame the school for her children’s obesity. EM uses her power as PTA president to put a ban on all desserts for all 800 kids who attended the school. This particular year happened to be the last year of our longtime, most wonderful principal, Dr. M, before her retirement. Dr. M, although strict, let us have fun around the holidays, each class had class parties where we each brought desserts. We were allowed to bring treats on birthdays to share with the class and the cafeteria was stocked full of ice cream and other desserts. A few teachers even used candy as a way to teach math to younger grades (adding and subtracting with M&Ms, for example). Because this was Dr. M’s last year, she stepped back from her role and let the PTA dictate what was going on in the classrooms.

As you can imagine, that year was a literal hell for all teachers and students (especially around the holidays). No desserts in the cafeteria and students who brought lunch were not allowed to pack any sweets. During holiday parties, the items that you could sign up and bring included a veggie platter, fruit, cheese (you know, food elementary school kids totally love). Kids were not allowed to bring cupcakes on their birthdays to share with the class and some teachers had to find other ways to engage and teach younger grades without using candy as a reward. Needless to say, EM pissed a lot of parents and teachers off that year.

The next year either someone stepped up to EM or the new principal did not put up with her BS. Sweets were back on the menu. I can only assume that EM did not go down without a fight but nevertheless other kids at the school did not have to go without dessert in classroom parties.

A year or so later, my sister was taking a guitar class with EM’s daughter. The class met 2 times a week and each class, EM’s daughter would be sipping a Starbucks

👍︎ 339
📰︎ r/entitledparents
💬︎
👤︎ u/Frangi-Pani
🚨︎ report
TIL There are twice as many bathrooms as necessary as the Pentagon because planners had to design the it for black and white employees, including “white” and “colored” cafeterias. However, Pres. Roosevelt made Jim Crow laws illegal on Federal property prior to its opening and was never enforced. history.com/news/9-things…
👍︎ 80k
📰︎ r/todayilearned
💬︎
👤︎ u/LePouletPourpre
🚨︎ report
Every morning at the same time a sweet stray angel visits this cafeteria to get her daily dose of love and food [via wildtakes] gfycat.com/soulfulevenasi…
👍︎ 64k
📰︎ r/aww
💬︎
👤︎ u/mtimetraveller
🚨︎ report
Eating Pizza at the table in Cafeteria should be a task. 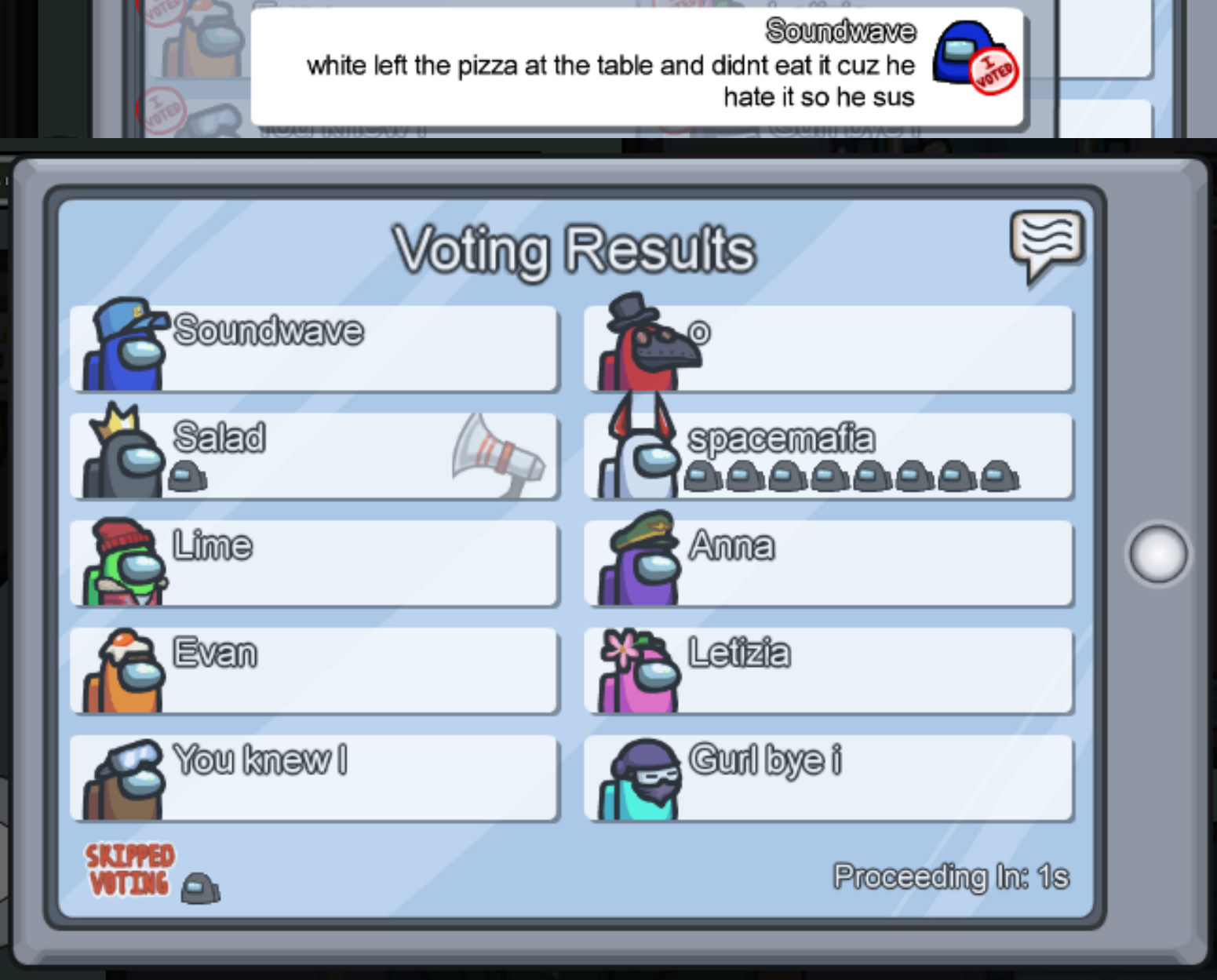 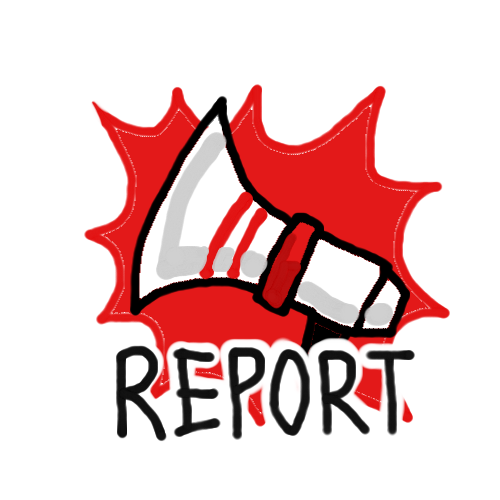 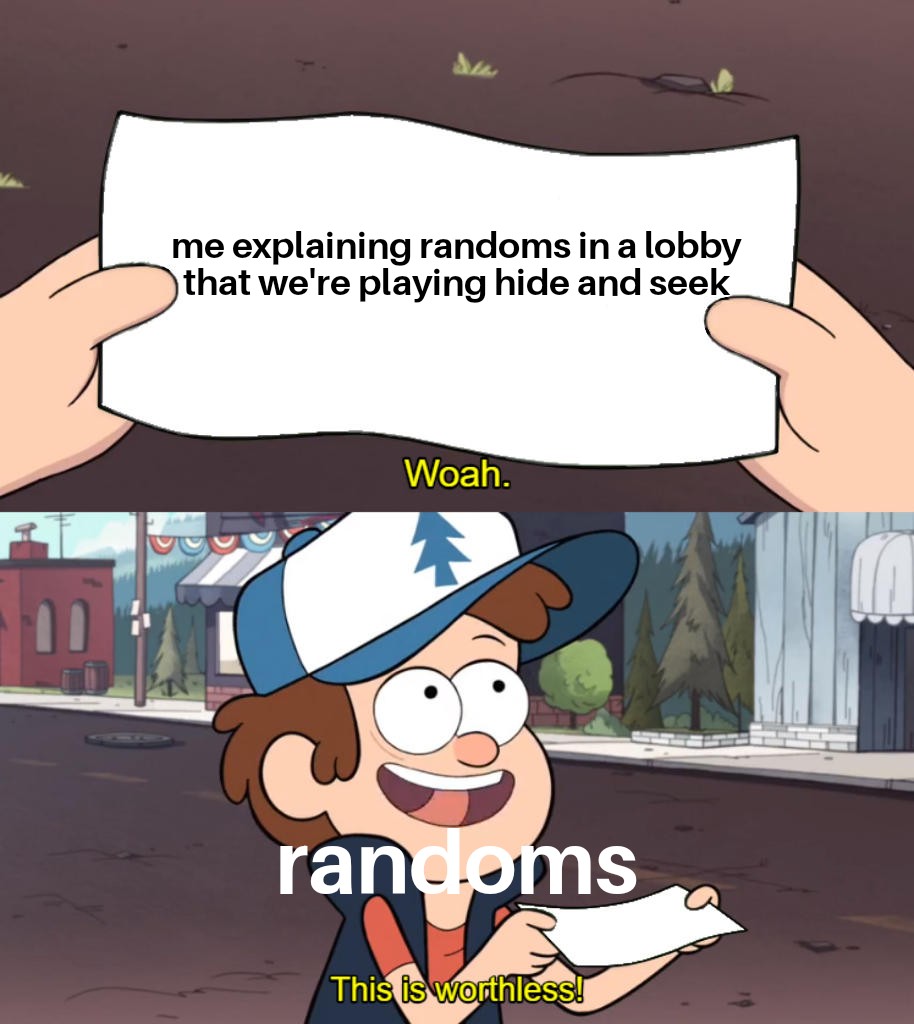 👍︎ 95
📰︎ r/AmongUs
💬︎
👤︎ u/WideFellow27
🚨︎ report
Trying to do an ollie in the school cafeteria v.redd.it/wo7b2gihwgs51
👍︎ 4k
📰︎ r/WinStupidPrizes
💬︎
👤︎ u/_Vox_Populi_
🚨︎ report
Daily Korean Lunch! #112 (sadly its the last one like this for a couple weeks because they are closing our cafeteria because the students want be in school for online classes) 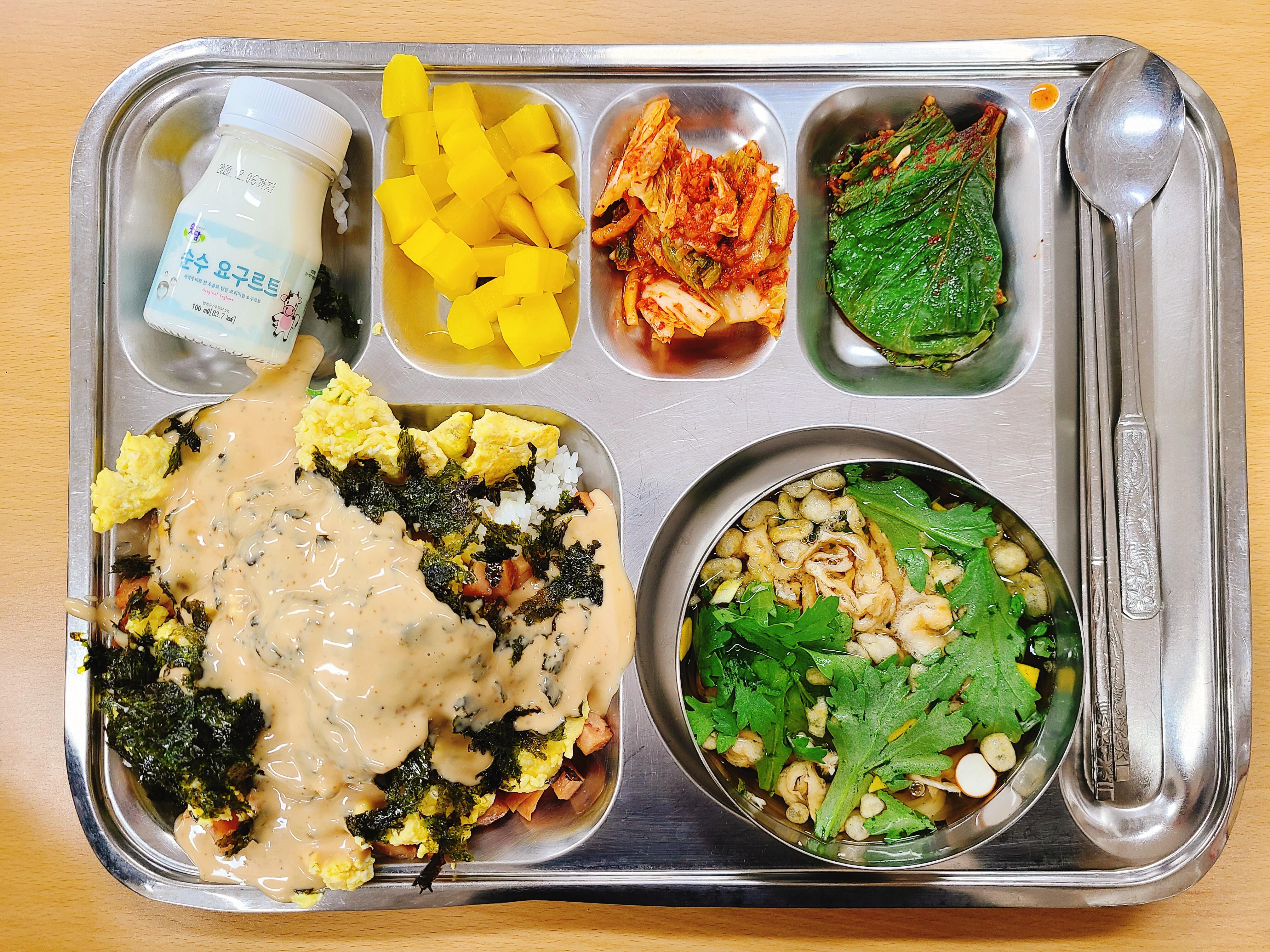 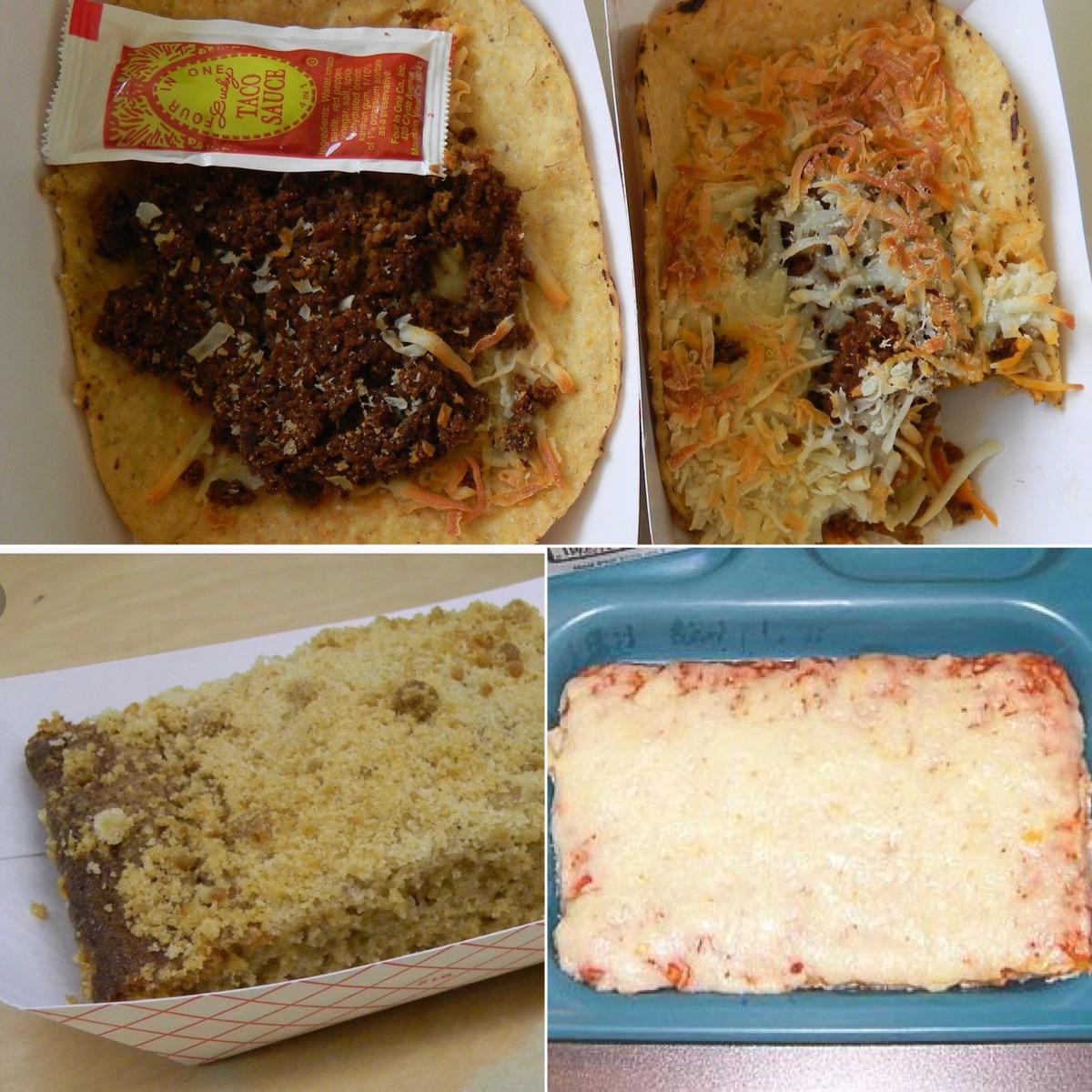 👍︎ 517
📰︎ r/LosAngeles
💬︎
👤︎ u/AdamantiumBalls
🚨︎ report
YSK if a journey includes long waits in an airport or bus/train terminal, you can bring cups of instant noodles with you to eat. Cafeteria staff will usually be glad to pour some boiling water for you if you explain your situation

Why YSK: I've shared this tip with countless friends of mine and they find it interesting. But I notice that most people would be too shy to try this. It's worth saying that I've never been denied to getting some hot water though. Bear in mind that cafeteria staff are often minimum wage employees, that bring in revenue much more than their pay. They have nothing to lose by giving you some hot water in your own cup and are likely to be very understanding of situations like these where people can't afford anything. Plus, instead of buying (the likely to be) expensive coffee or snacks that they can serve you, you could spend a few cents as a tip, which would go a long way for workers if everyone did it.

👍︎ 142
📰︎ r/YouShouldKnow
💬︎
👤︎ u/kamenoccc
🚨︎ report
I will be performing today on The Austin Show Talent Show at 4pm EST on Twitch.TV/AustinShow. I hate to be that person, but I’d really appreciate it if you came gave it a watch and a VOTE. If I win, I vow to put soda machines in the Cafeteria and add 15 minutes to recess. 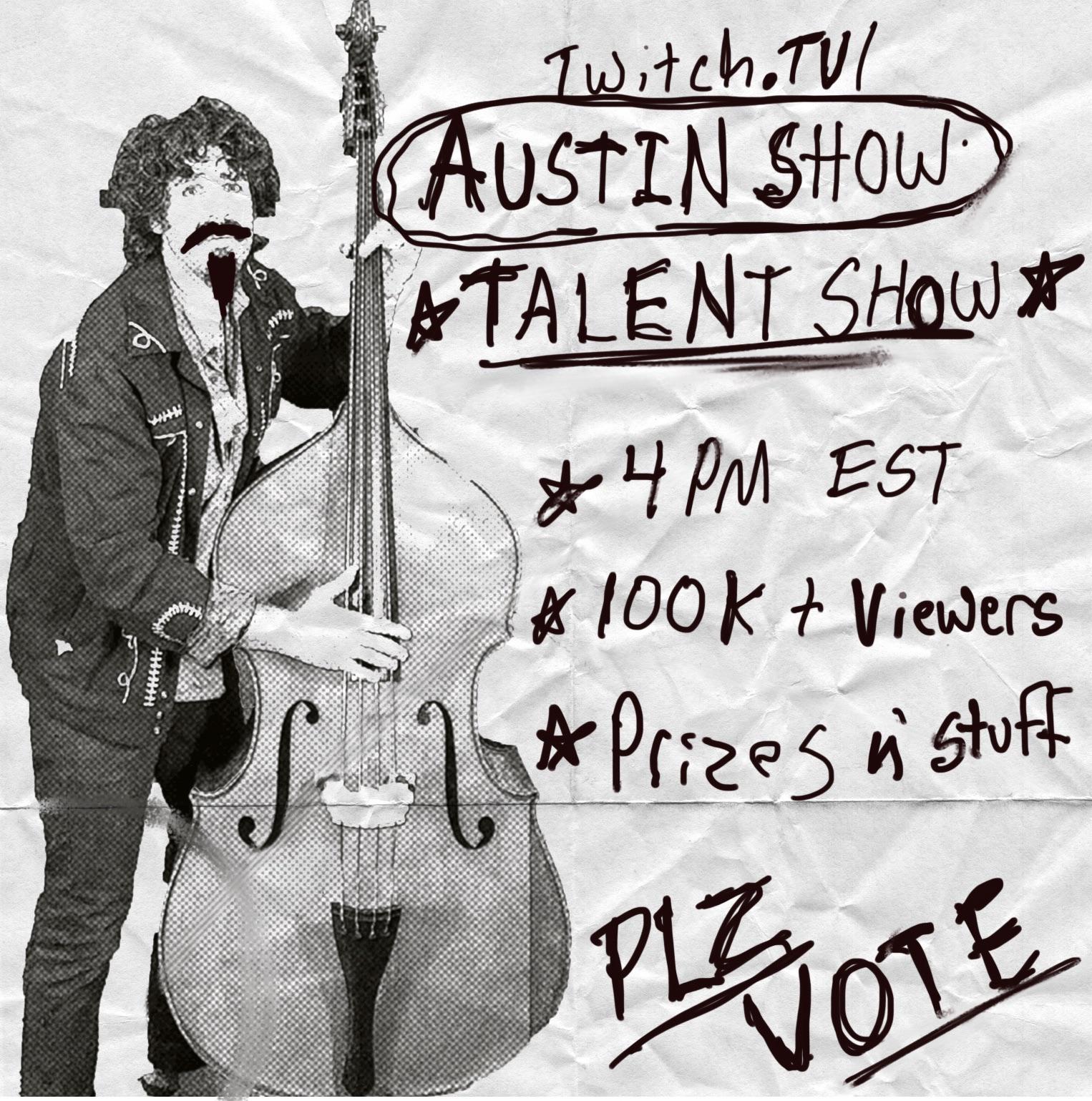 I will start thing off - it is some of the most chilling scenes Ive ever seen. I have watched this footage before but never like this. So many details I was not aware of were shown clearly. The explosion that happened after Klebold threw the pipe bomb. The extensiveness of the fire. Klebold as no follower but very involved independently in the destruction of that school and the people in it.

What really got me was seeing that one boy trying desperately to hide under a table as the killers took over the school. From one camera angle, You can see the student watching H&K in the distance and you also see them moving about as that kid does from another camera angle. That student must have been so traumatized by seeing them in action as he probably prayed they would not see him.

To those who have watched this video what do you think vs the version we usually see ?

Is there any reason not to sabotage café doors at the start of each round (after a few rounds into the game)? It will delay tasks and lower your kill countdown. Besides some metagaming stuff like "when red is imp he always does this" are there any negative effects that I am missing or should this be a dominant strategy? 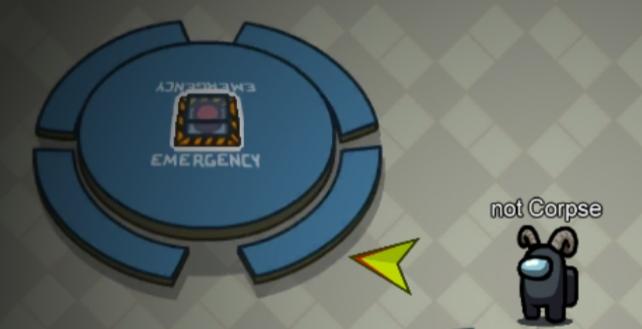 Zack would be at the cafeteria sitting by himself, as usual. He was chewing on his food and looking down at the floor. It was quite obvious he was thinking of something. He looked up for a brief moment and looked back down. ( rp opening or rp group opening ) 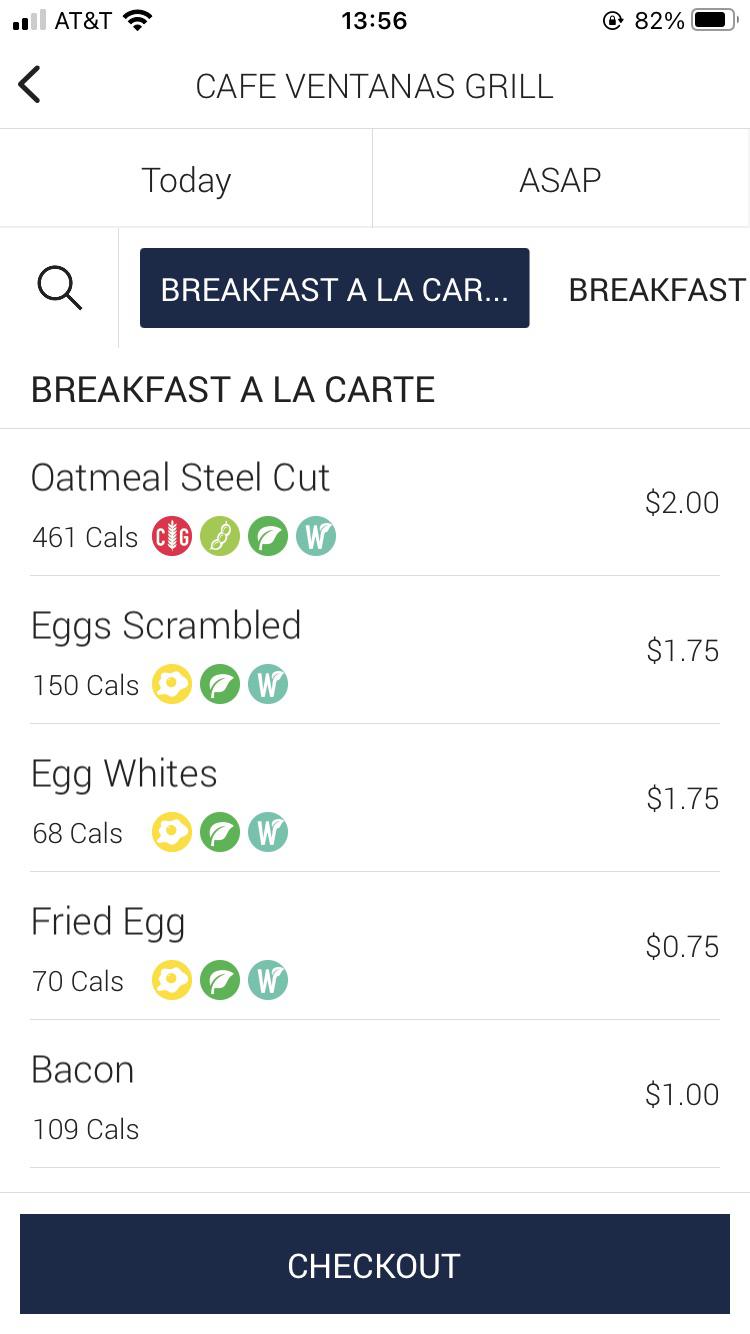 I’ve sent so many emails in the past 5 months. Not a single fucking response. I even tried to get Travis’ customer service team to help me get ahold of someone in Don’s customer service team but they couldn’t. What a fucking shit show. All I’m asking for is a fucking update to my order I placed 5 months ago lol. So many people haven’t gotten their merch too. This shit is mad infuriating.

I hate this (covid) so much.

Food wasn’t the best, but it’s sad seeing another place go from back bay 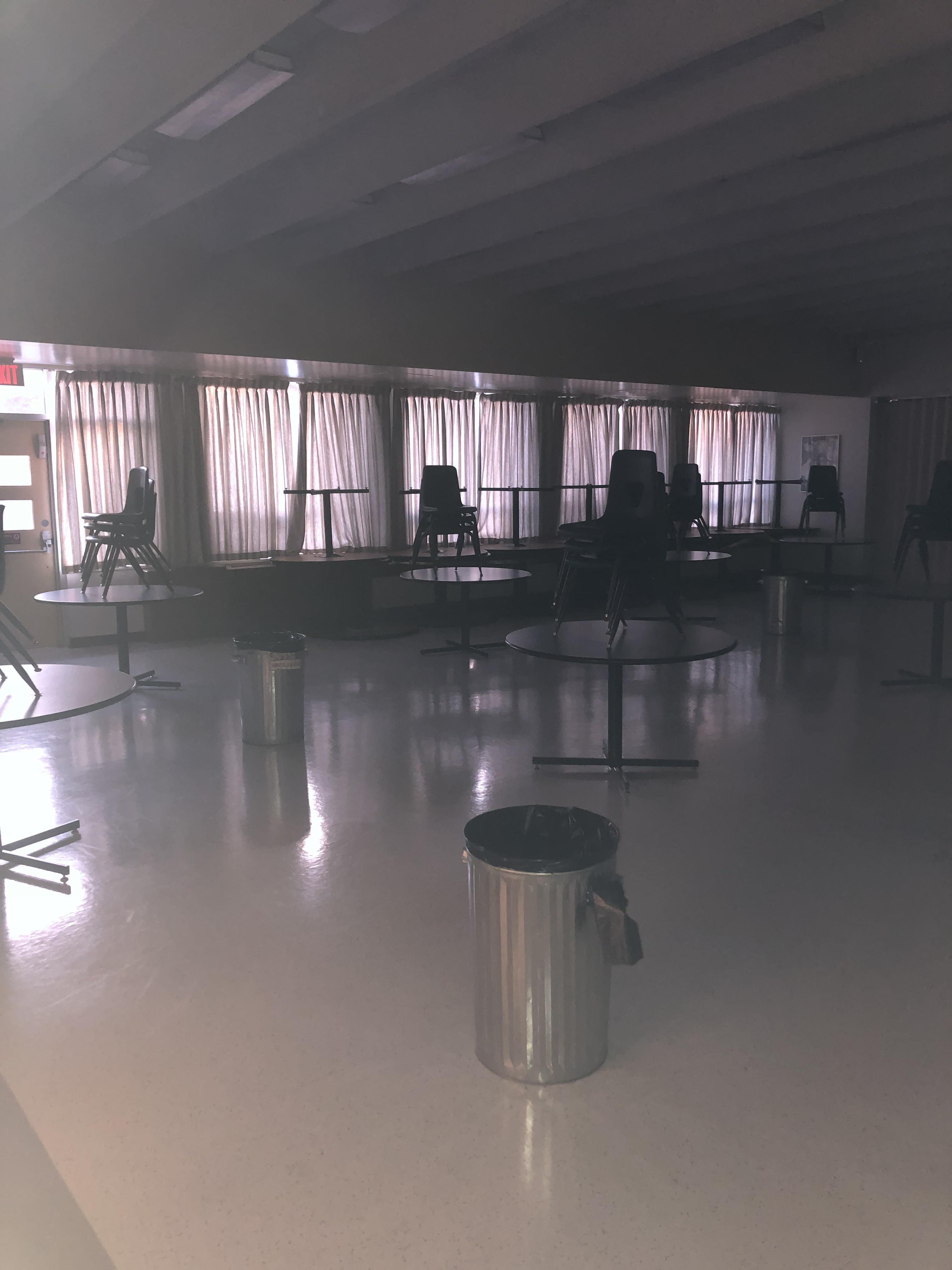 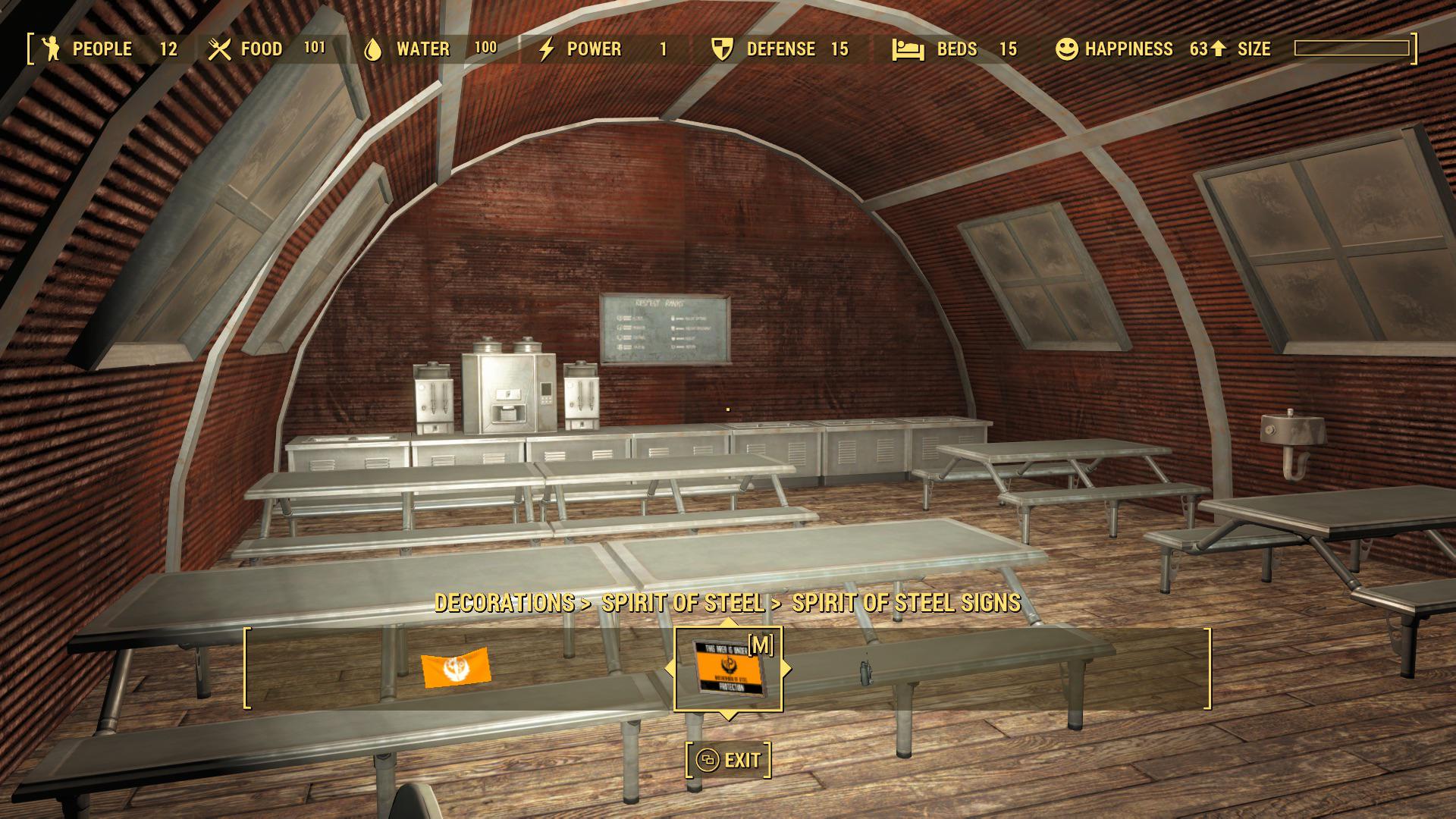 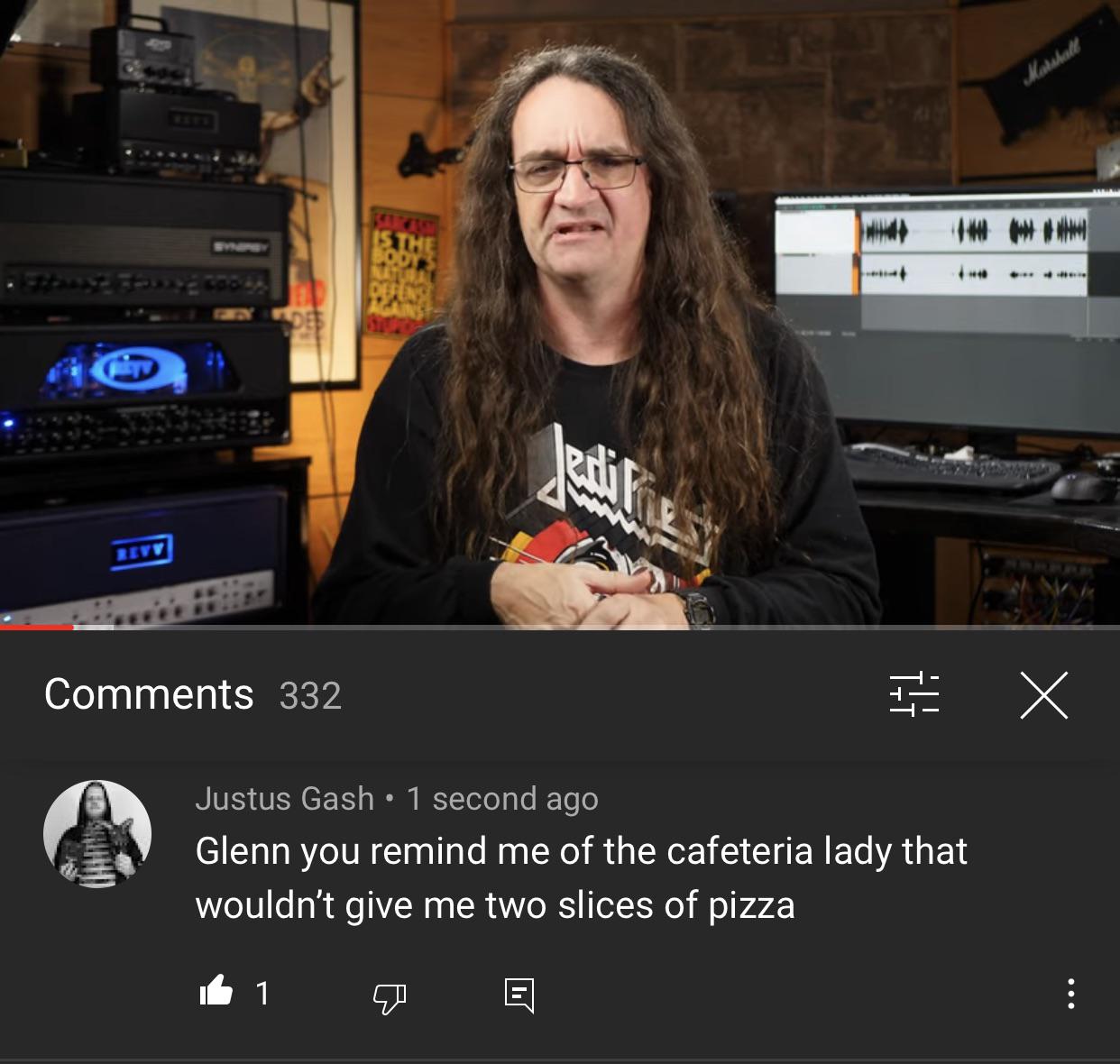 👍︎ 794
📰︎ r/guitarcirclejerk
💬︎
👤︎ u/Justus-Gash
🚨︎ report
I done did it... A mid fifties IBM Model B Electric Typewriter in a lovely light 'trying-hard-to-be-a-Hermes' Seafoam color with 'institutional-cafeteria-tray' dark green accents. Looking forward to cleaning it up and making it purr. Will post some pics once it's fully armed and operational. 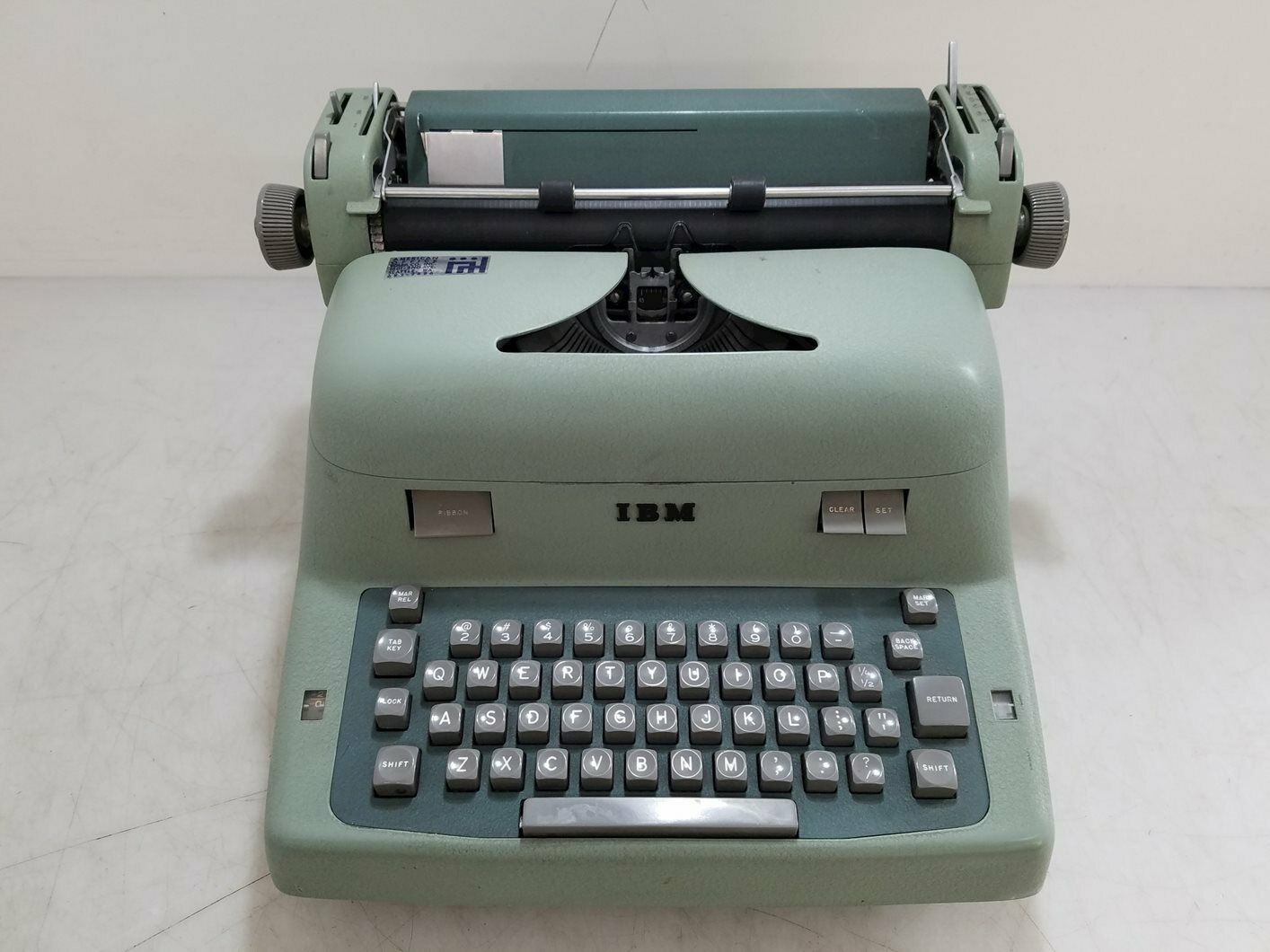 👍︎ 65
📰︎ r/typewriters
💬︎
👤︎ u/saxifrageous
🚨︎ report
What will happen to the people I saved in the cafeteria and fitness center?

So, I just finished clearing out the telepaths in the cafeteria and fitness center. Now I've got a dozen unconscious crew members lying around. So what happens now? If I leave them lying around will they get picked off by Typhons? Do I need to drag them inside the kitchen and lock it? I don't want to put in the effort of saving them just to see them die.

You name it and I like it. Cafeteria food, frozen meals, school lunches in the 90s, food courts, buffets. It’s all better than homemade meals.

I simply prefer it.

👍︎ 699
📰︎ r/Eyebleach
💬︎
👤︎ u/drama_hunter
🚨︎ report
Did anyone else have a stage in the cafeteria of their school? 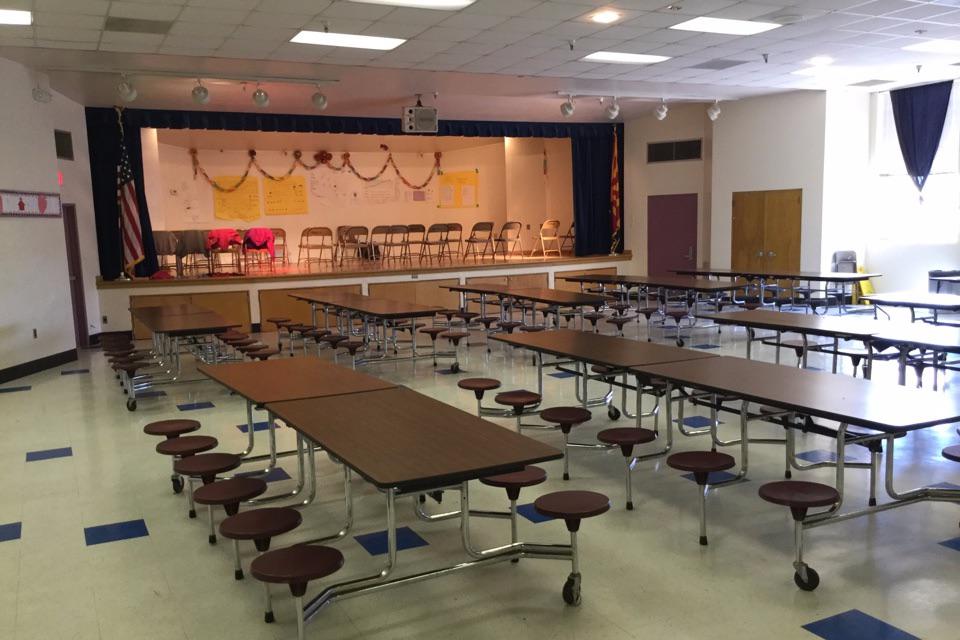 👍︎ 33k
📰︎ r/nostalgia
💬︎
👤︎ u/Zolebrow
🚨︎ report
If hell had a cafeteria, what would be served there?
👍︎ 7
📰︎ r/AskReddit
💬︎
👤︎ u/ThatFurretKid
🚨︎ report
If a journey includes long waits in an airport or bus/train terminal, you can bring cups of instant noodles with you to eat. Cafeteria staff will usually be glad to pour some boiling water for you if you explain your situation

I've shared this tip with countless friends of mine and they find it interesting. But I notice that most people would be too shy to try this. It's worth saying that I've never been denied to getting some hot water though. Bear in mind that cafeteria staff are often minimum wage employees, that bring in revenue much more than their pay. They have nothing to lose by giving you some hot water in your own cup and are likely to be very understanding of situations like these where people can't afford anything. Plus, instead of buying (the likely to be) expensive coffee or snacks that they can serve you, you could spend a few cents as a tip, which would go a long way for workers if everyone did it.