Why I will not make any more broth when my father is present.

Since Christmas is coming up, I remembered this incidence and thought I would share.

In my family, we usually have hot pot as Christmas dinner and my dad never makes the broth himself but rather uses pre-packaged flavour mixtures.
Well, since I started cooking more by myself and liking it, last year I decided I wanted to make it a bit more special and make the broth myself from bones, oxtail to be specific.

Cut to the day before Christmas, I have bought all the necessary ingredients to make the broth and start by roasting the veggies and the oxtail in the oven, then transferring to a big enough pot, adding water and herbs and letting it simmer and get all the flavours out.
Now since this takes quite long I do not spend the whole time in the kitchen but return to my room, checking on the broth every so often.

After about 2 hours I taste it for the first time, it tastes great and I add some salt (I read that the salt should not be added right at the beginning but rather towards the end) and continue letting it simmer.

There are 2 things that you should know about my dad:

Now, when he tasted it, I had not added enough salt yet and it also had not been my intention to have done so, since I was planning on letting it simmer for another 2-3 hours, adding more and more salt as time went by.

So what does he do after he tasted it?
Without consulting me, he just adds some MSG-packed pork-flavoured powder. Yes, pork. To an oxtail broth. And quite a lot of it too. So much, that when I return to try it again, it tastes nothing like before and is quite salty, definitely more than it should have been from the little salt I added.

So naturally, I say "what the hell", prompting my dad to come to the kitchen from the living room. I try it again, thinking my tastebuds must be playing a trick on me.

Then, my dad says to me: "you didn't put enough flavour in, so I added some pork flavour for you".
I thought I had m

👍︎ 4k
📰︎ r/Cooking
💬︎
👤︎ u/wine__and__dine
🚨︎ report
Keep all your vegetable scraps in the freezer and turn them into delicious veggie broth! It costs next to nothing and can be used in so many soups and dishes. reddit.com/gallery/k6xe3w
👍︎ 9k
📰︎ r/EatCheapAndHealthy
💬︎
👤︎ u/spoonlessbitch
🚨︎ report
Am I cynical to doubt a person's intolerance to MSG when they say they can eat tomatoes? I was scrolling thru FB and there was a requested recipe for non-broth based tomato soup because of the MSG. Does this preference make sense?

I don't want to diminish this person's knowledge of their body, but everything I read online says the MSG and natural glutamates in food are chemically identical, which would lead me to think the intolerance is a psychosomatic reaction or placebo effect from food propaganda (which can produce very real effects on their own). 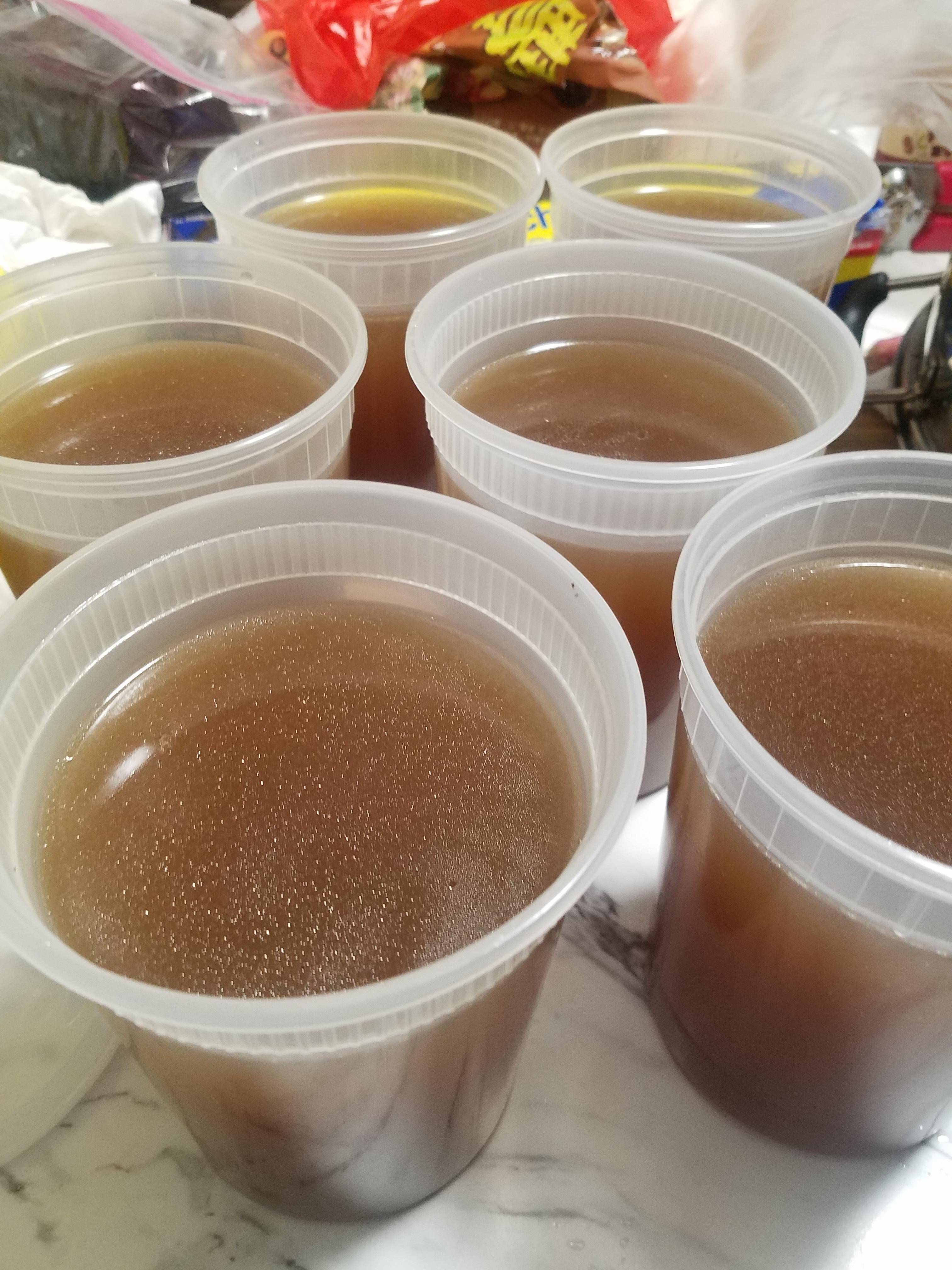 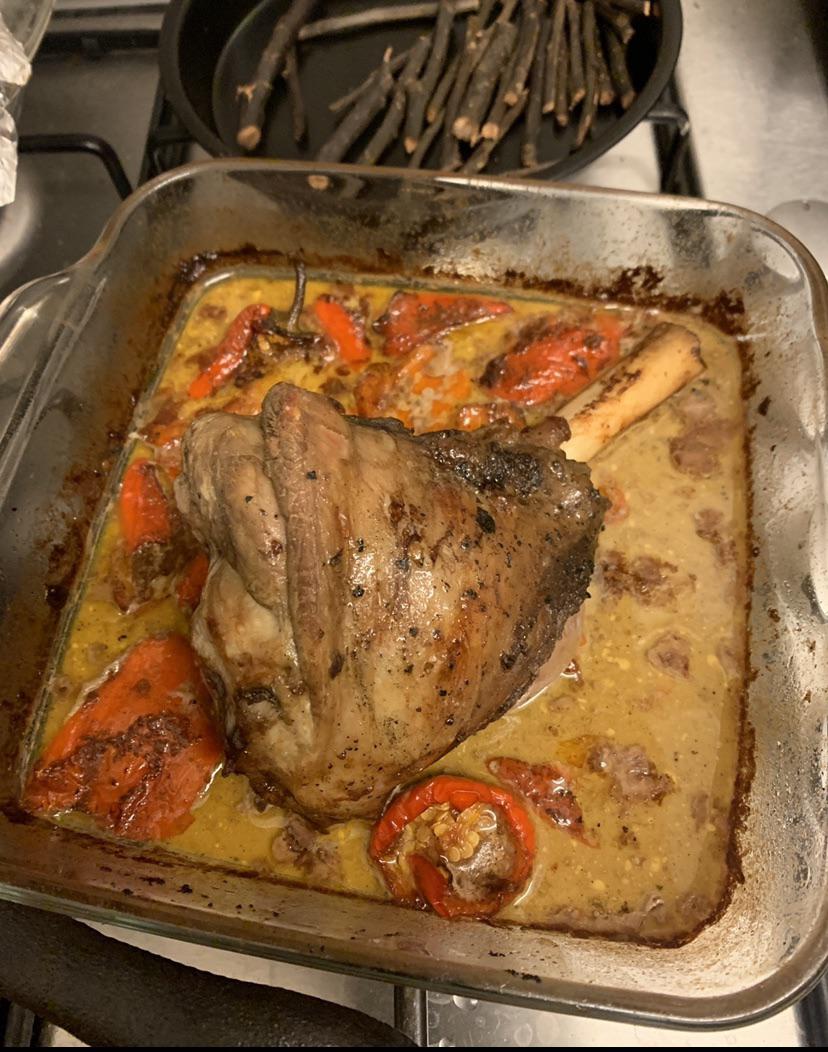 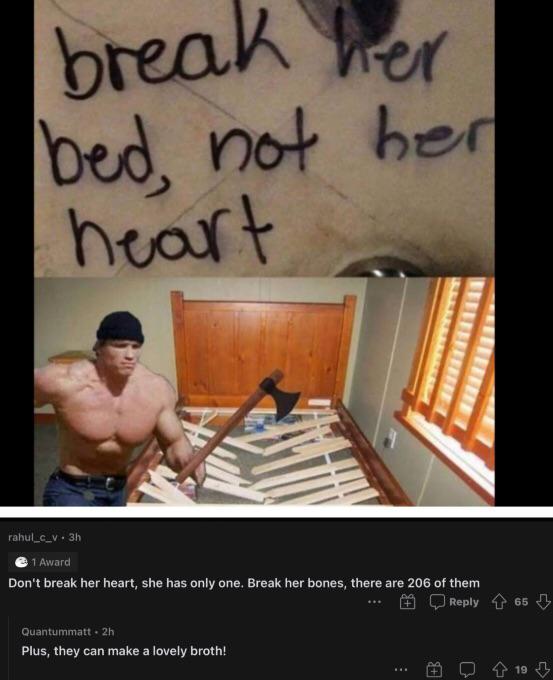 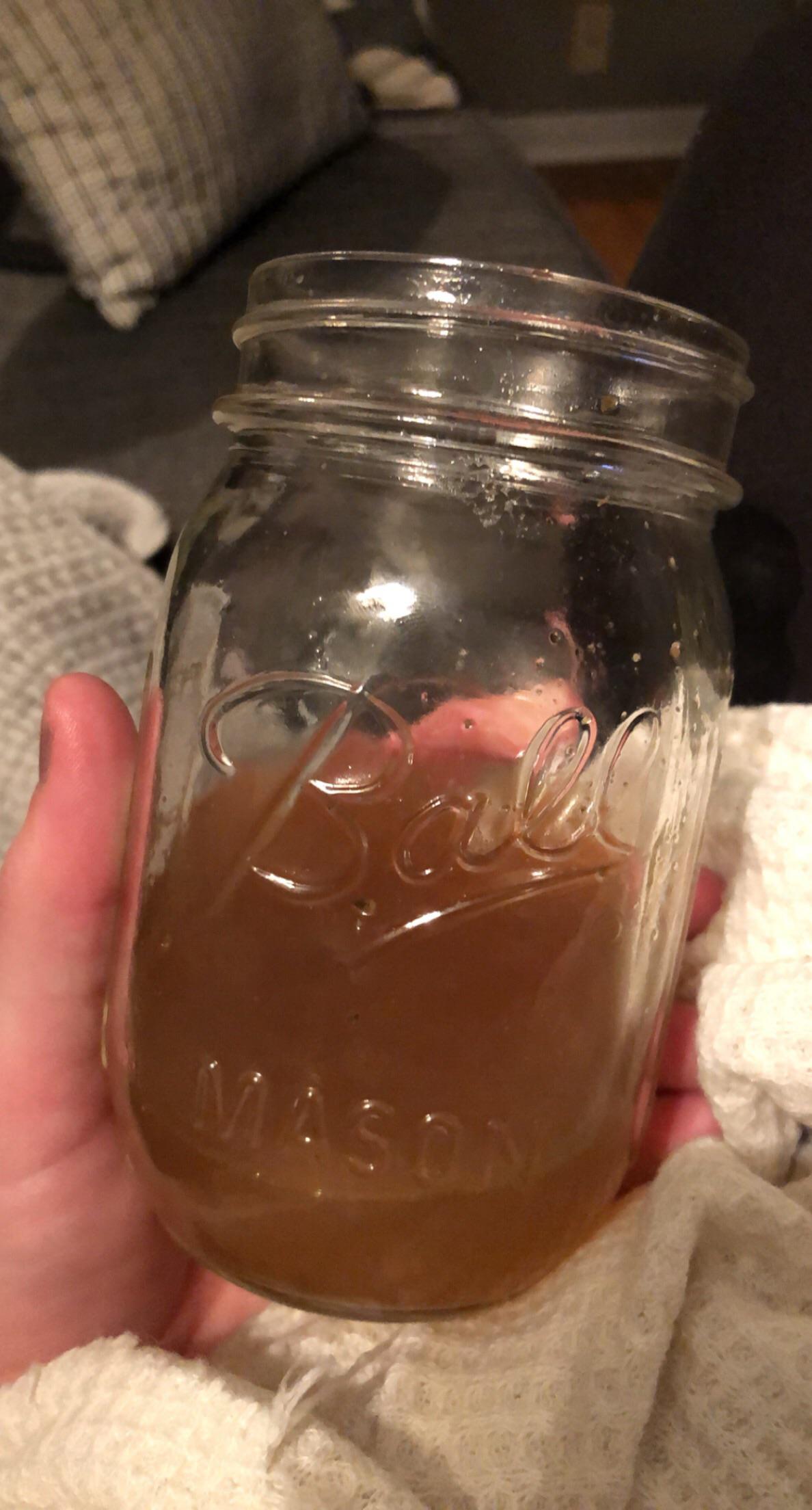 👍︎ 637
📰︎ r/ketorecipes
💬︎
👤︎ u/vkntsrhc
🚨︎ report
My favorite Chinese spot on the UWS closed. Looking for vegetarian sesame tofu (no oyster sauce or animal broth). Anyone know of a place? I’m dying for this dish.
👍︎ 176
📰︎ r/AskNYC
💬︎
👤︎ u/SlowerThanTurtleInPB
🚨︎ report
I poured beef broth into the crook pot as the last ingredient for my homemade chili and out came mold 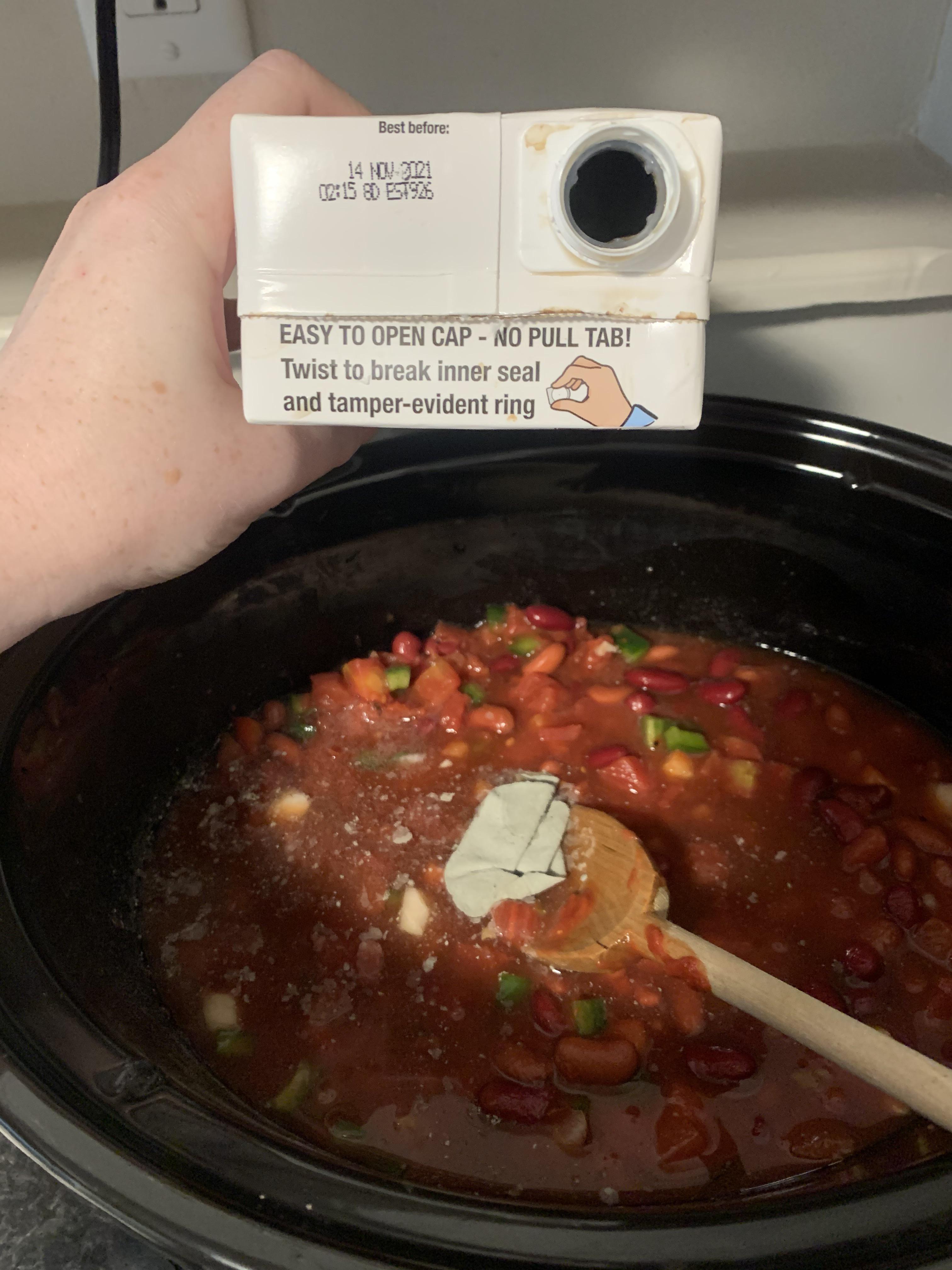 👍︎ 2k
📰︎ r/Wellthatsucks
💬︎
👤︎ u/hannahtaylor_
🚨︎ report
My first attempt at making ramen, everything was made from scratch. Mushroom broth because I am making it vegetarian. 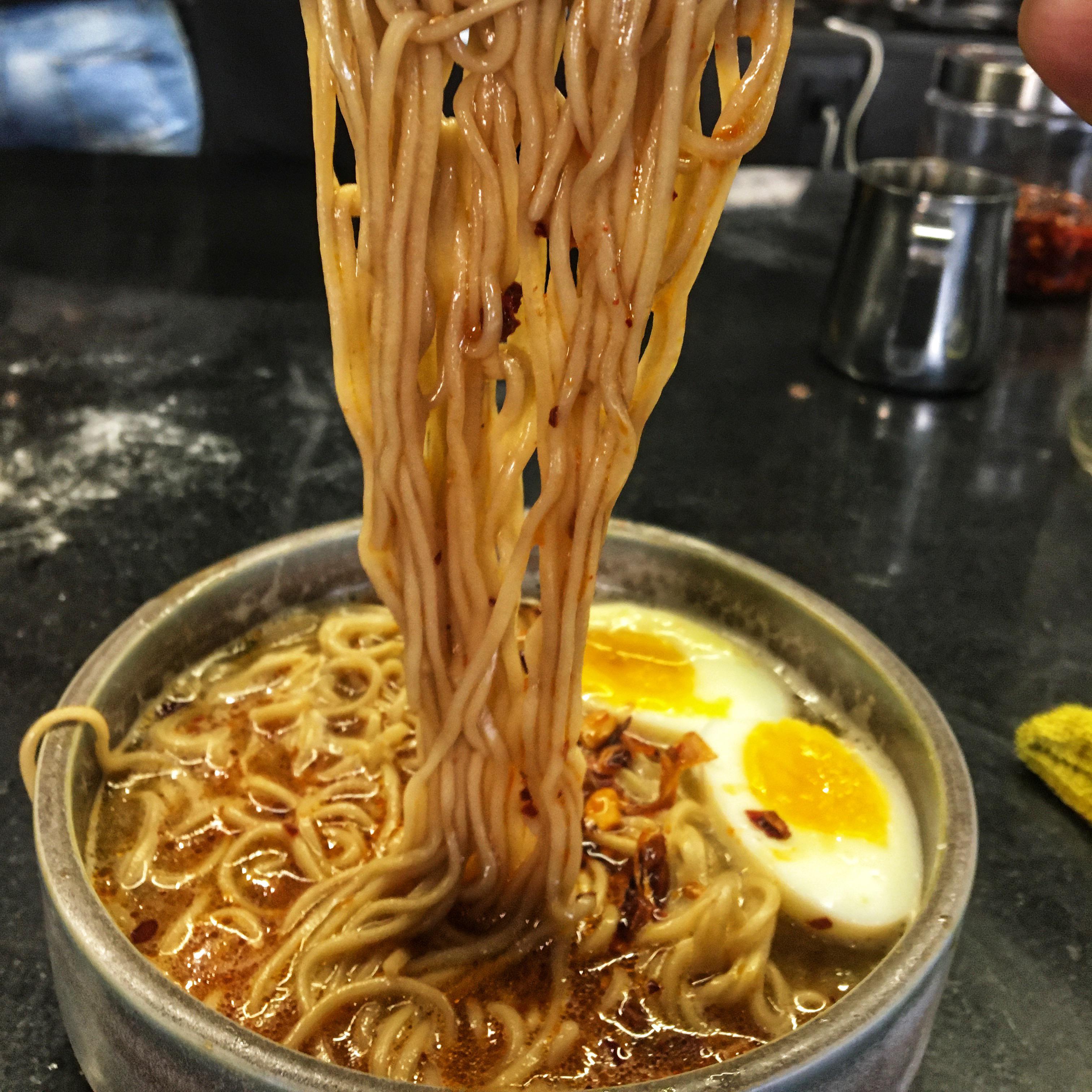 I am not vegan or vegetarian. But is there any other way to make it taste meatier?

Dog Biscuits. All the leftover bones go in the pressure cooker for 30 mins making them super mushy, then blend to a creamy texture with my immersion blender, add whole wheat flour and bake for 20 mins. Our 2 dogs love it. 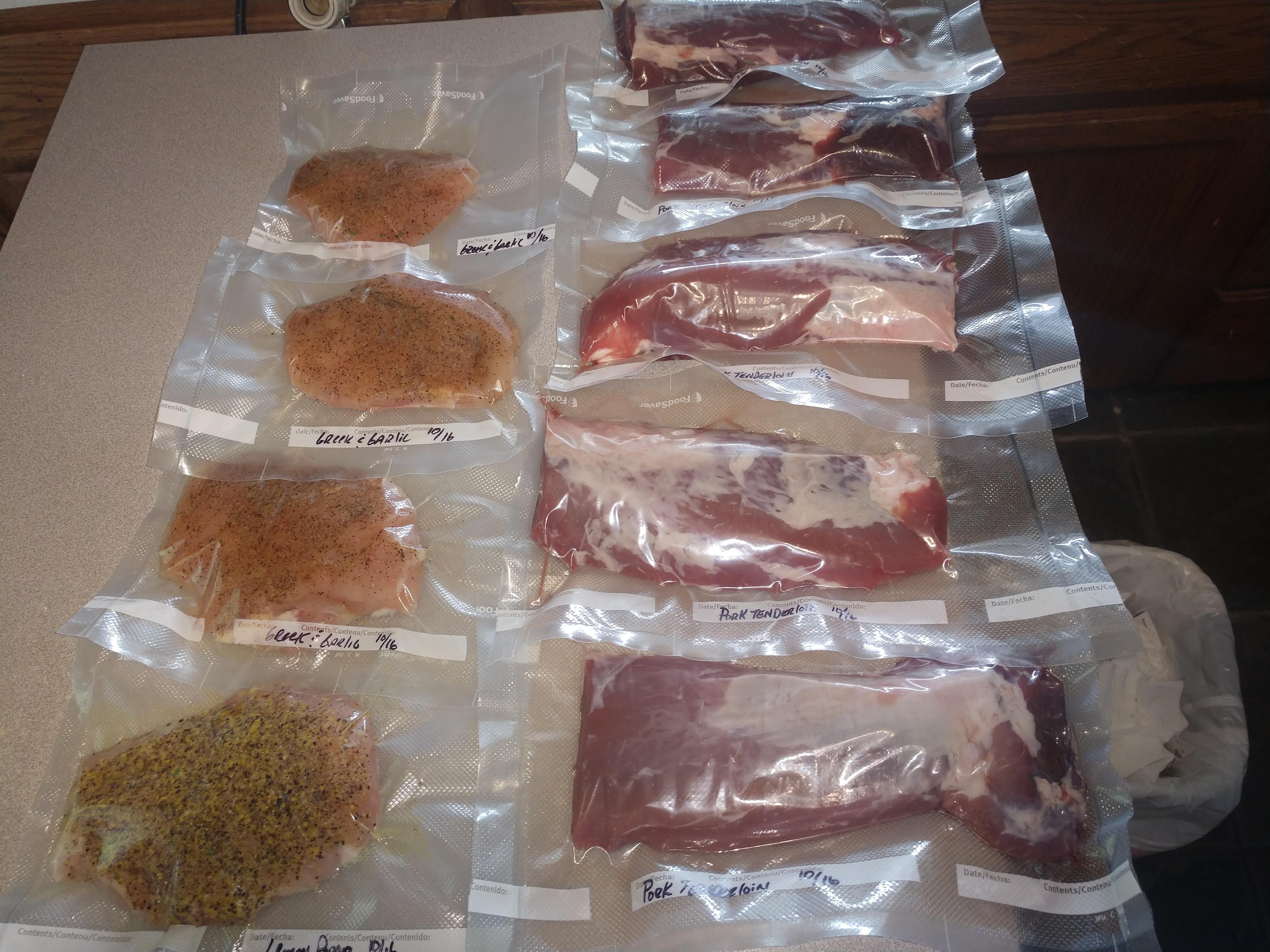 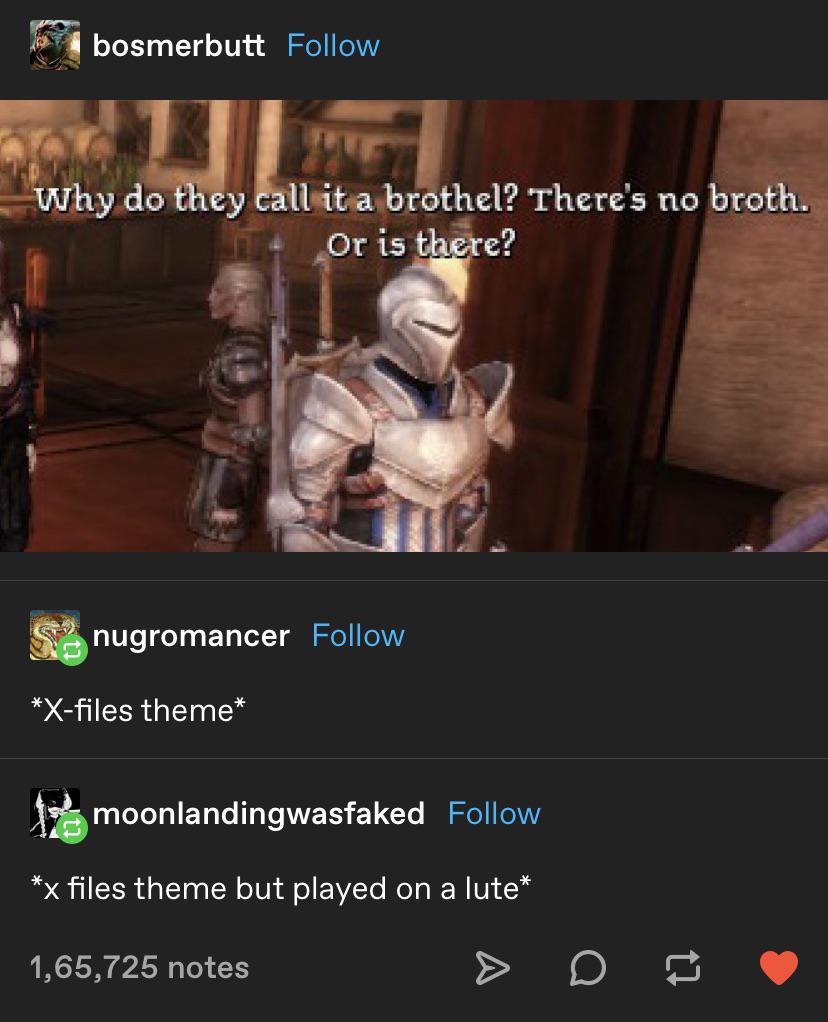 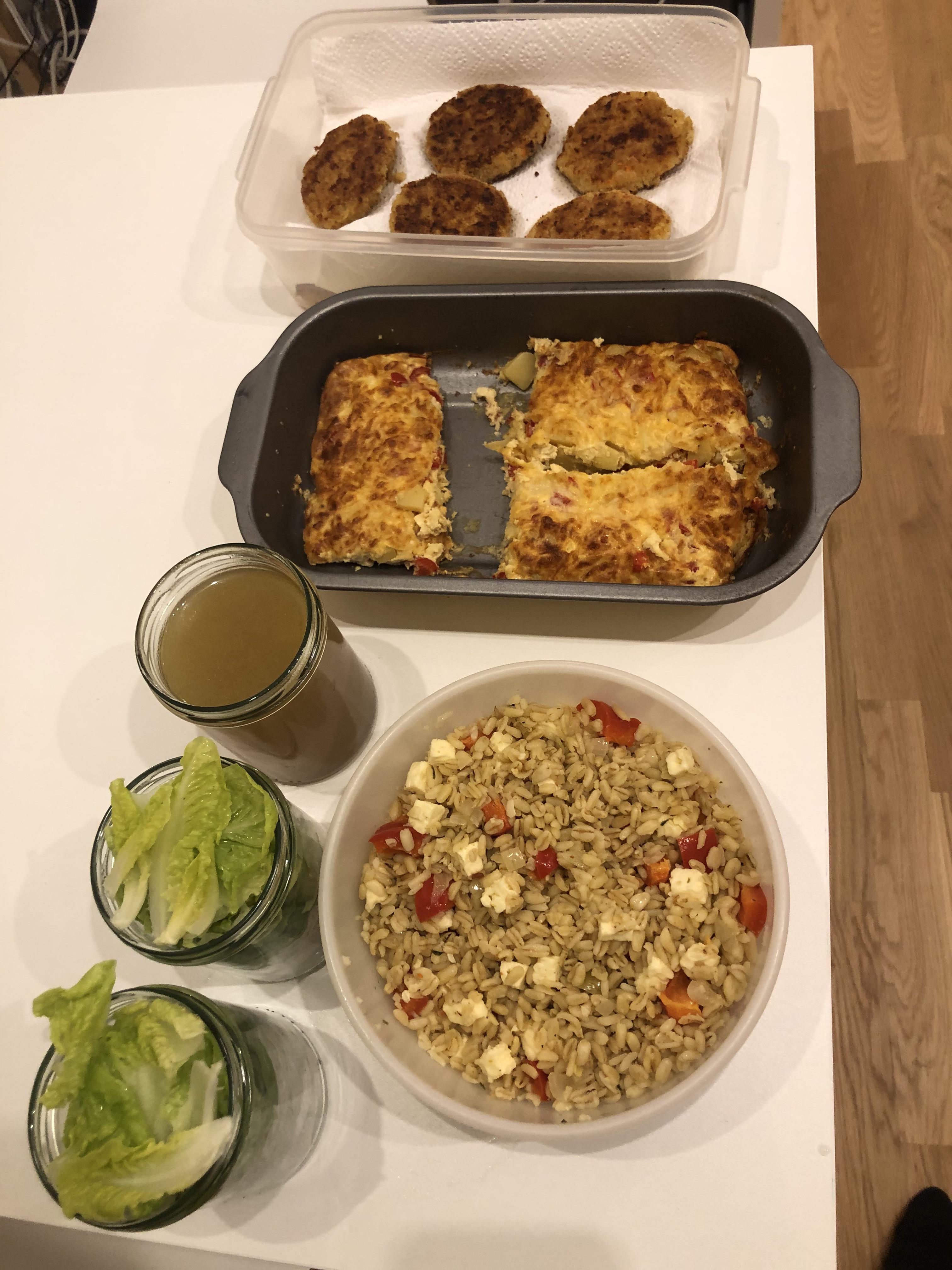 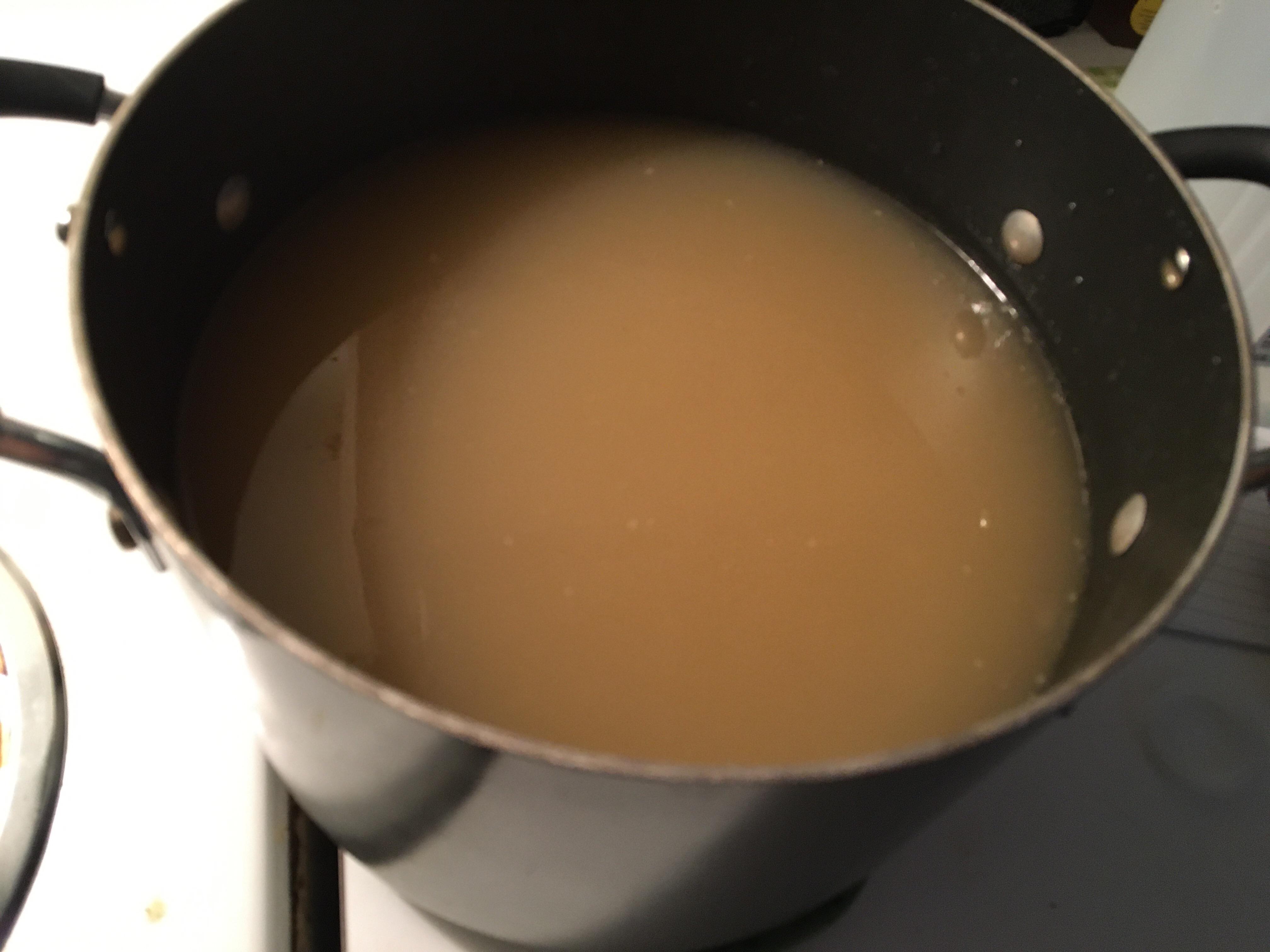 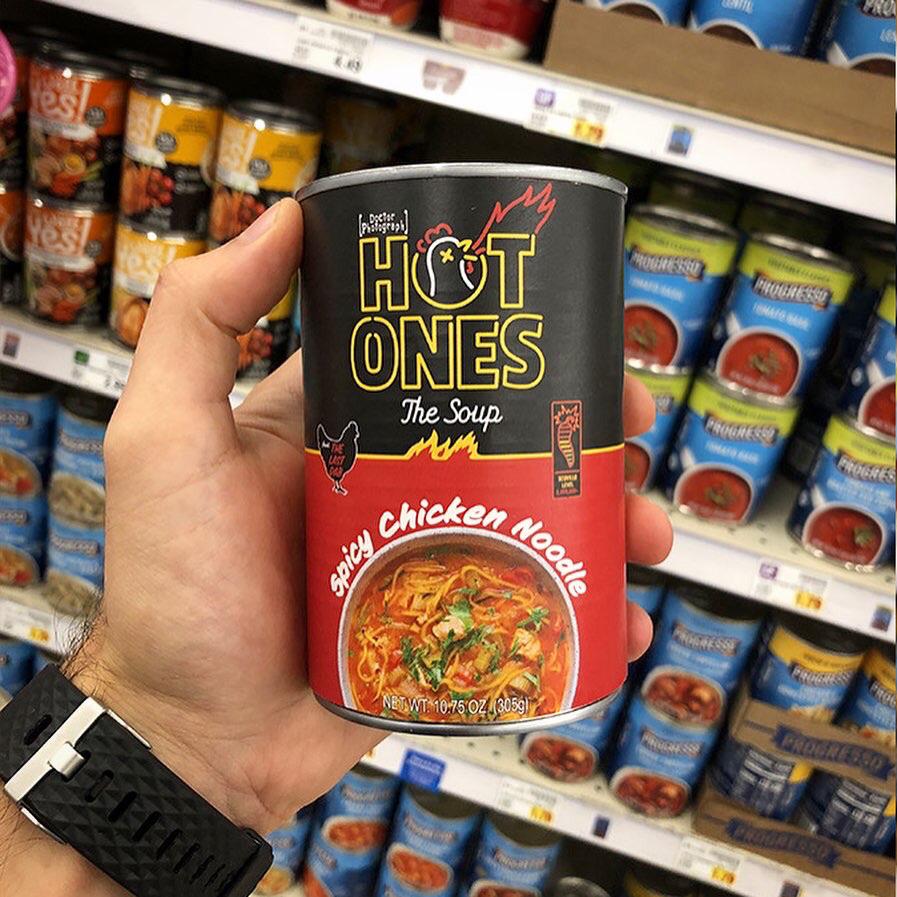 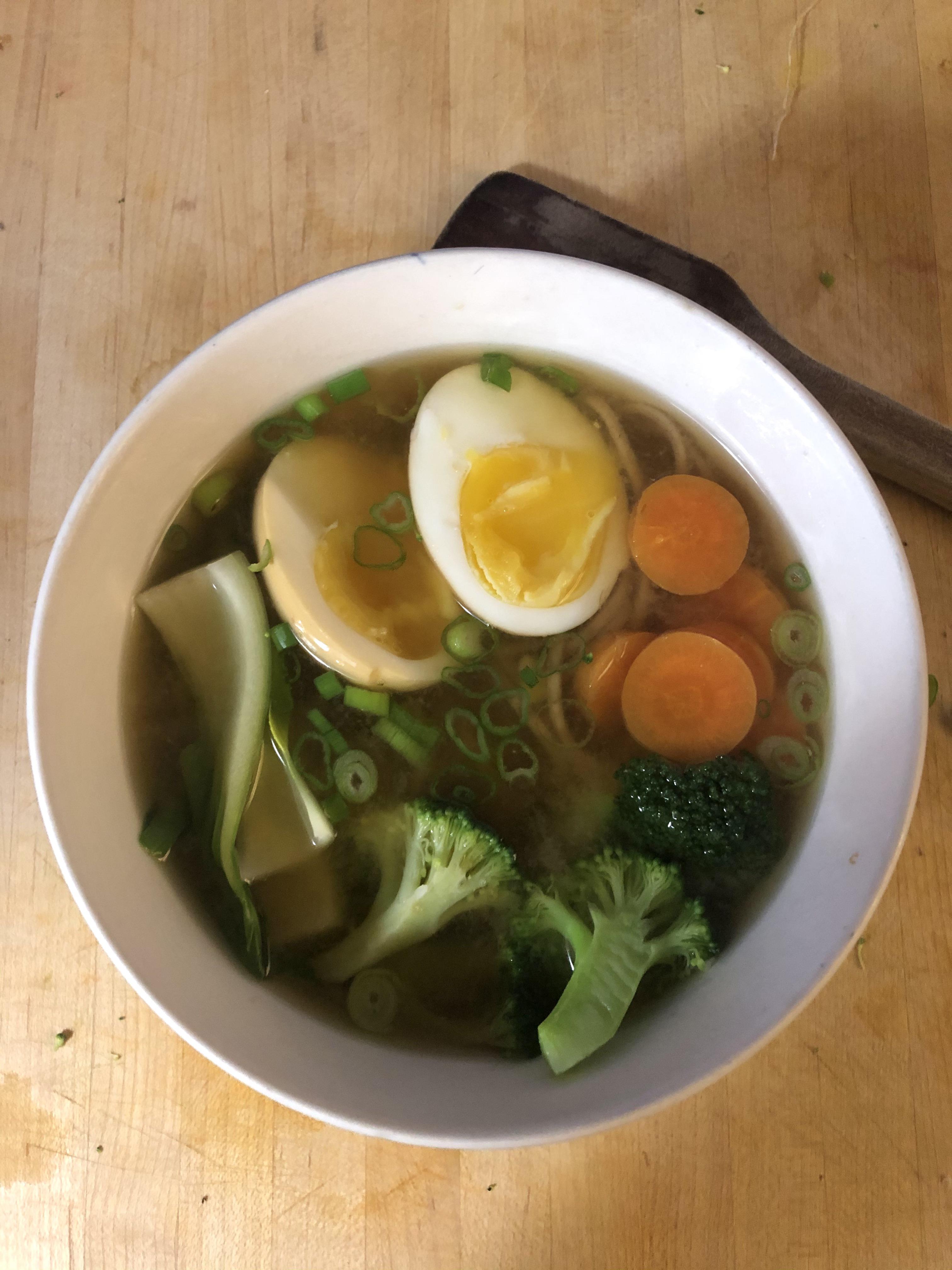 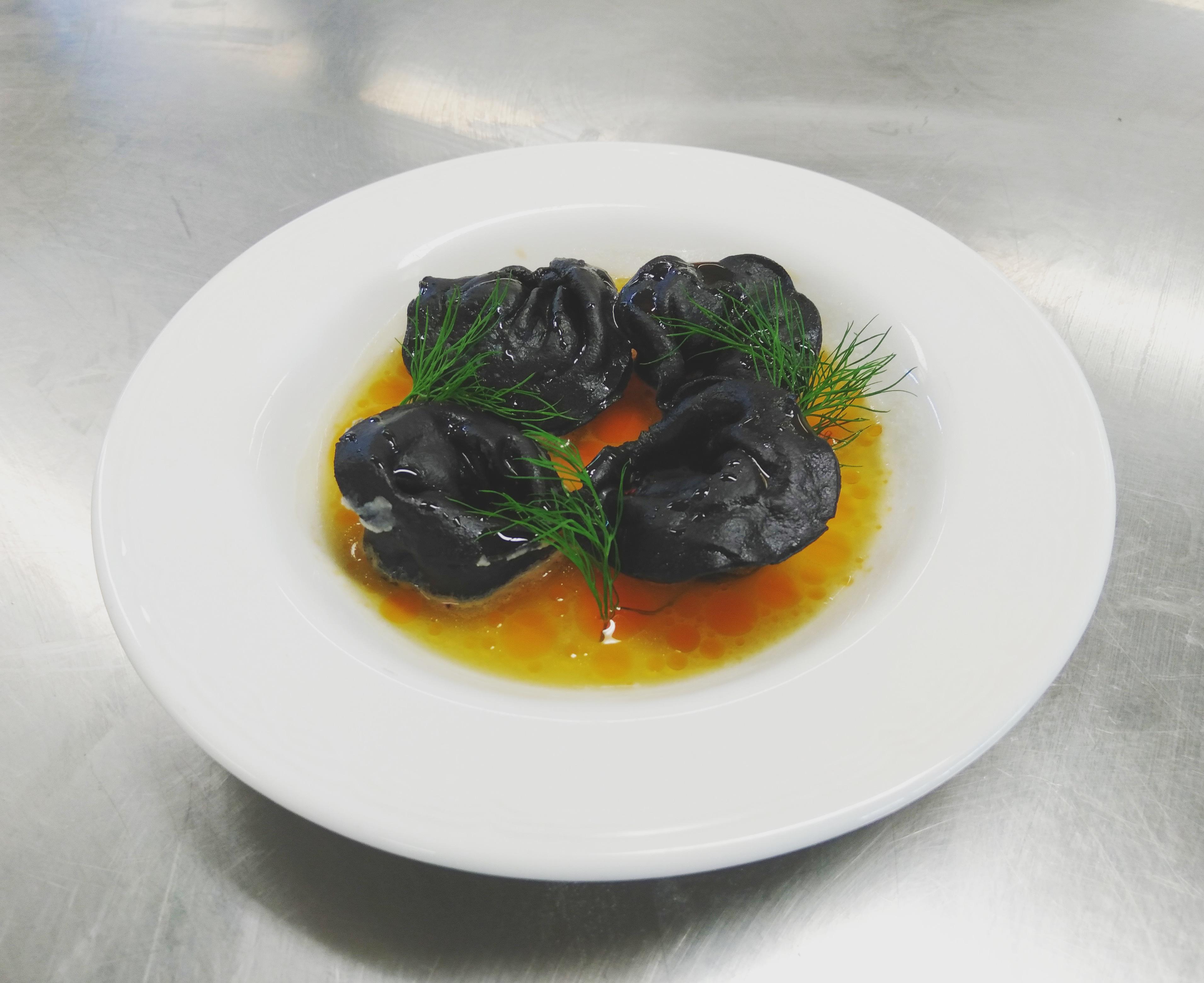 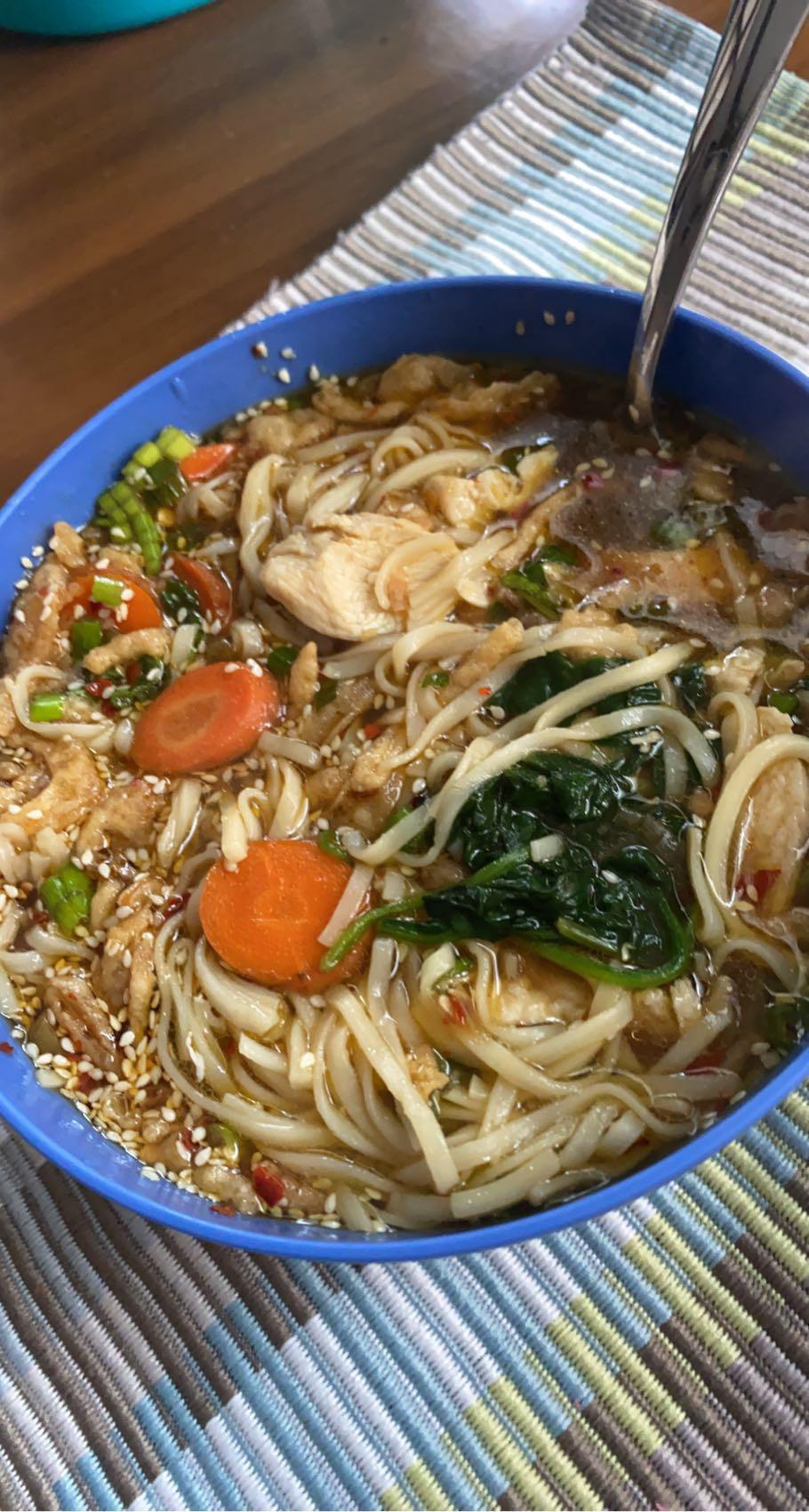 Maybe and I don’t know but if I’m making broth for home I rarely take the time to prevent cloudiness. I like the way it looks and can’t taste too much of a difference

Edit: the real freak is whoever spent real money to put a little icon next to my post. This hellfire website doesn’t deserve it

So for the broth I did the following:

I think the broth cooked for a bit more than 3 hours. The meat got taken out atfer an hour.

Shoul I have taken off the peels of some of the veggies? Did I roast the tastemakers too long? Or did they stay in the broth for too long?

Hope someone can help me out!

In the end when plated up with the ingredients and Hoisin sauce, the bitterness was gone. But when tasting it before the plating it was there.

👍︎ 49
📰︎ r/AskCulinary
💬︎
👤︎ u/HighwayUnlikely
🚨︎ report
Better than takeout Vegan Wonton Soup 👅💦 Juicy, meaty dumplings in the most flavorful, rich and savory broth! This is the comfort in a bowl we all need on these cold days! 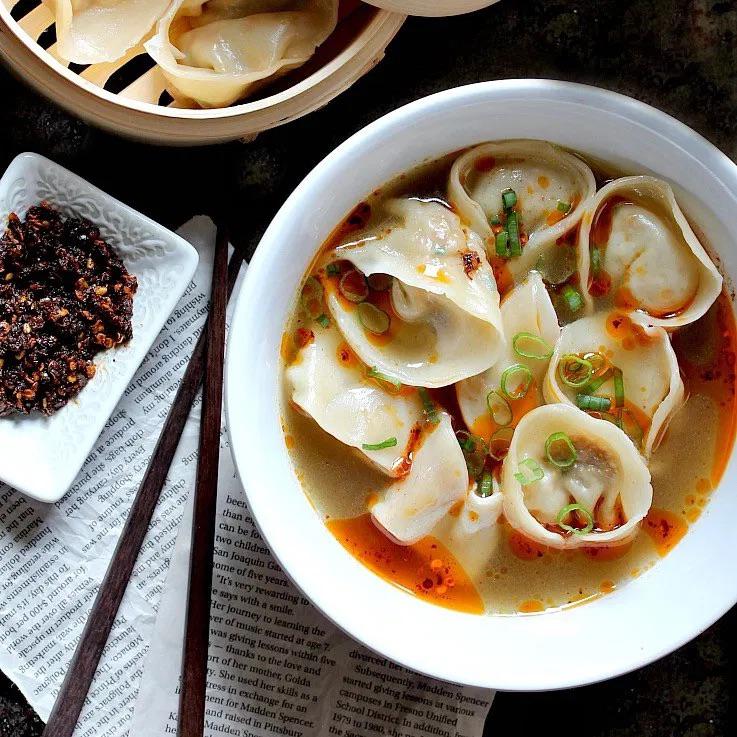 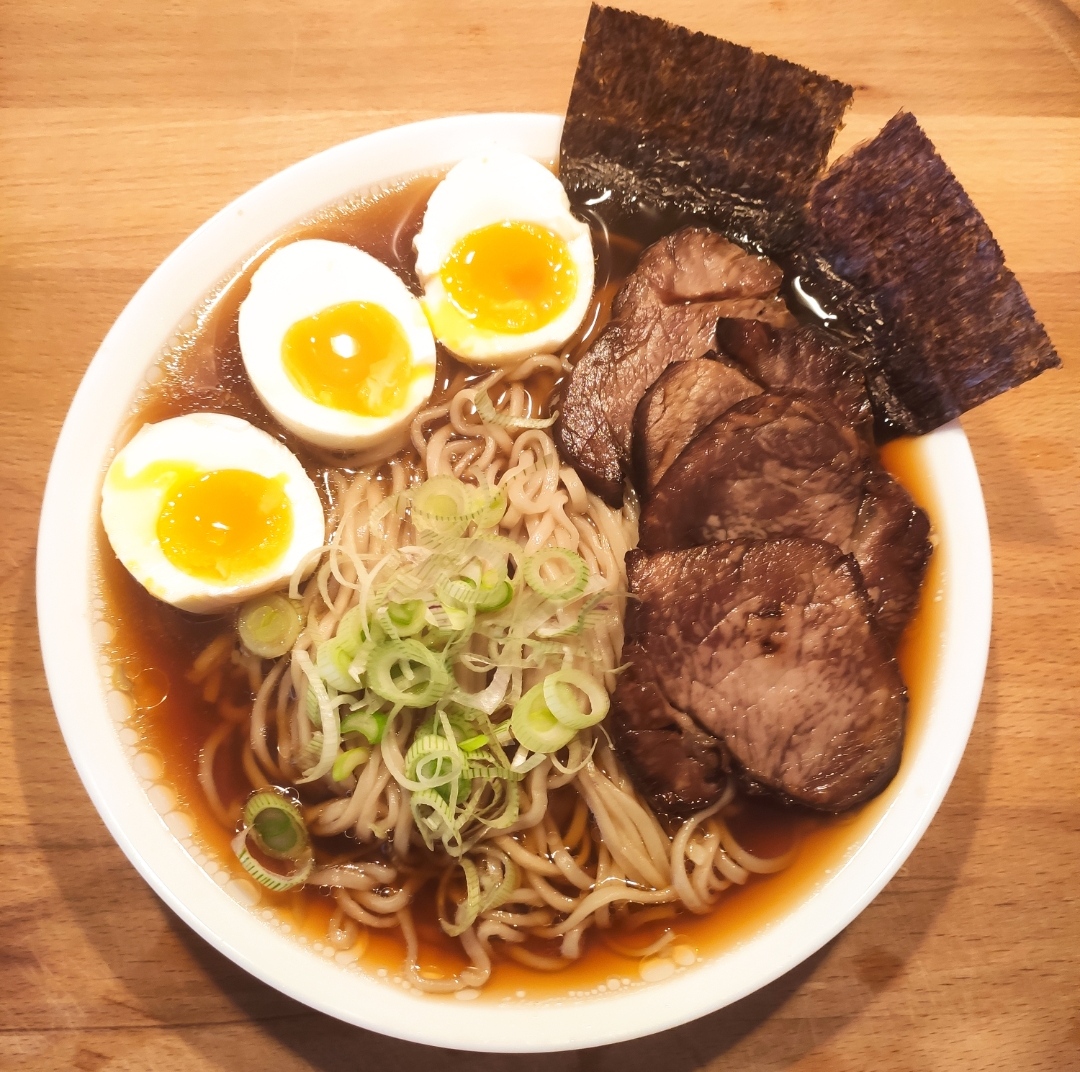 👍︎ 296
📰︎ r/ramen
💬︎
👤︎ u/AvoidingCape
🚨︎ report
Besides rice, soups, and stews what do you use broth and stock on?

I personally dislike almost all soups. I’ll sometimes eat one and think it’s good but I never crave them. Therefore I feel like I normally never use broth and stock unless I’m making rice. I see you guys talking about them a lot so what else do you guys use them for? 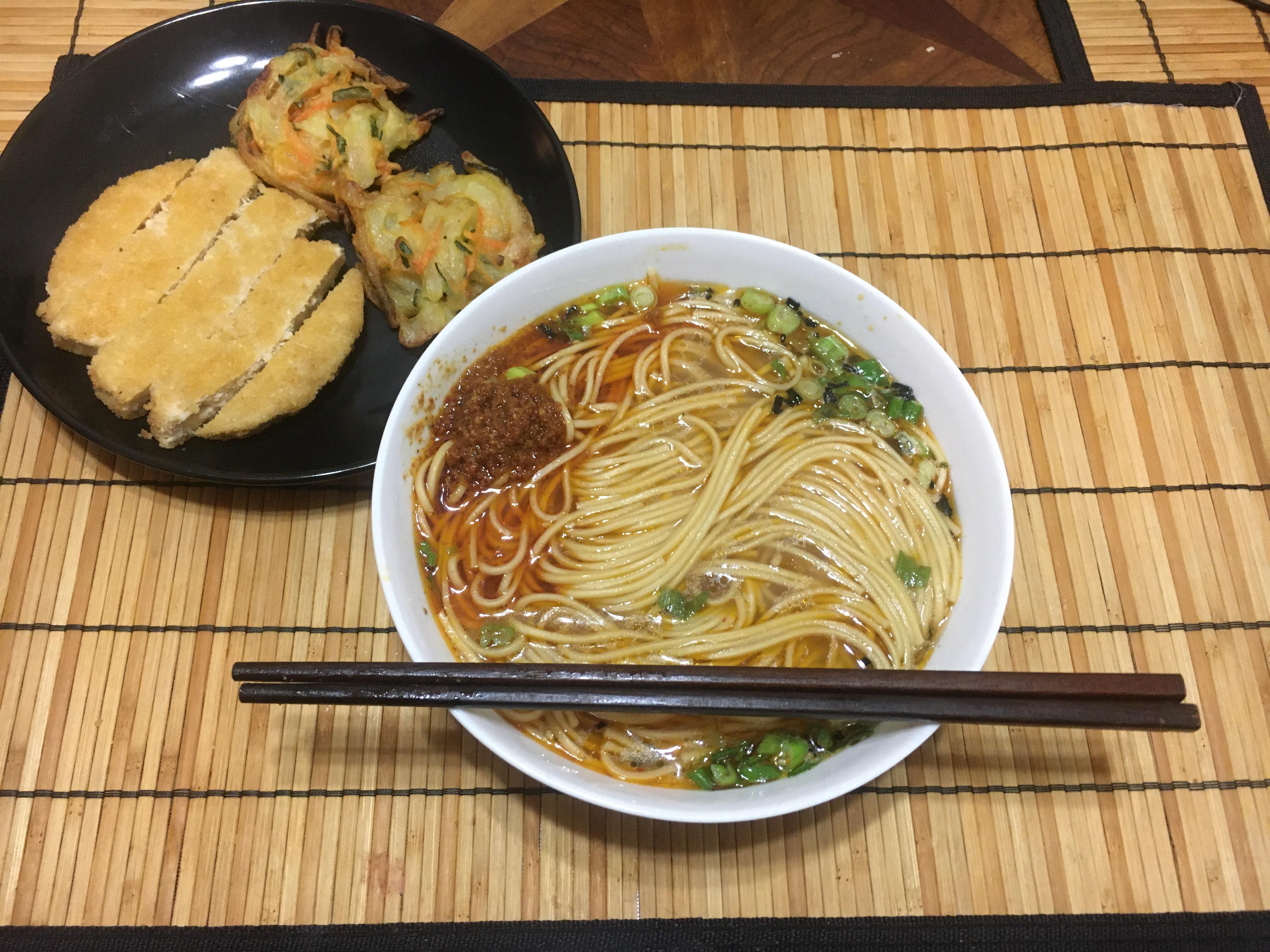 Make it plain with just the seasoning packet. Fancy it up with mushrooms and edamame and cilantro and lime. But when all is said and done...... the broth is the best part and the people who drain the ramen and just eat the noodles should not be trusted.

👍︎ 48
📰︎ r/unpopularopinion
💬︎
👤︎ u/CabernetTheCat
🚨︎ report
We have only one beet top left, I will make from it a broth. 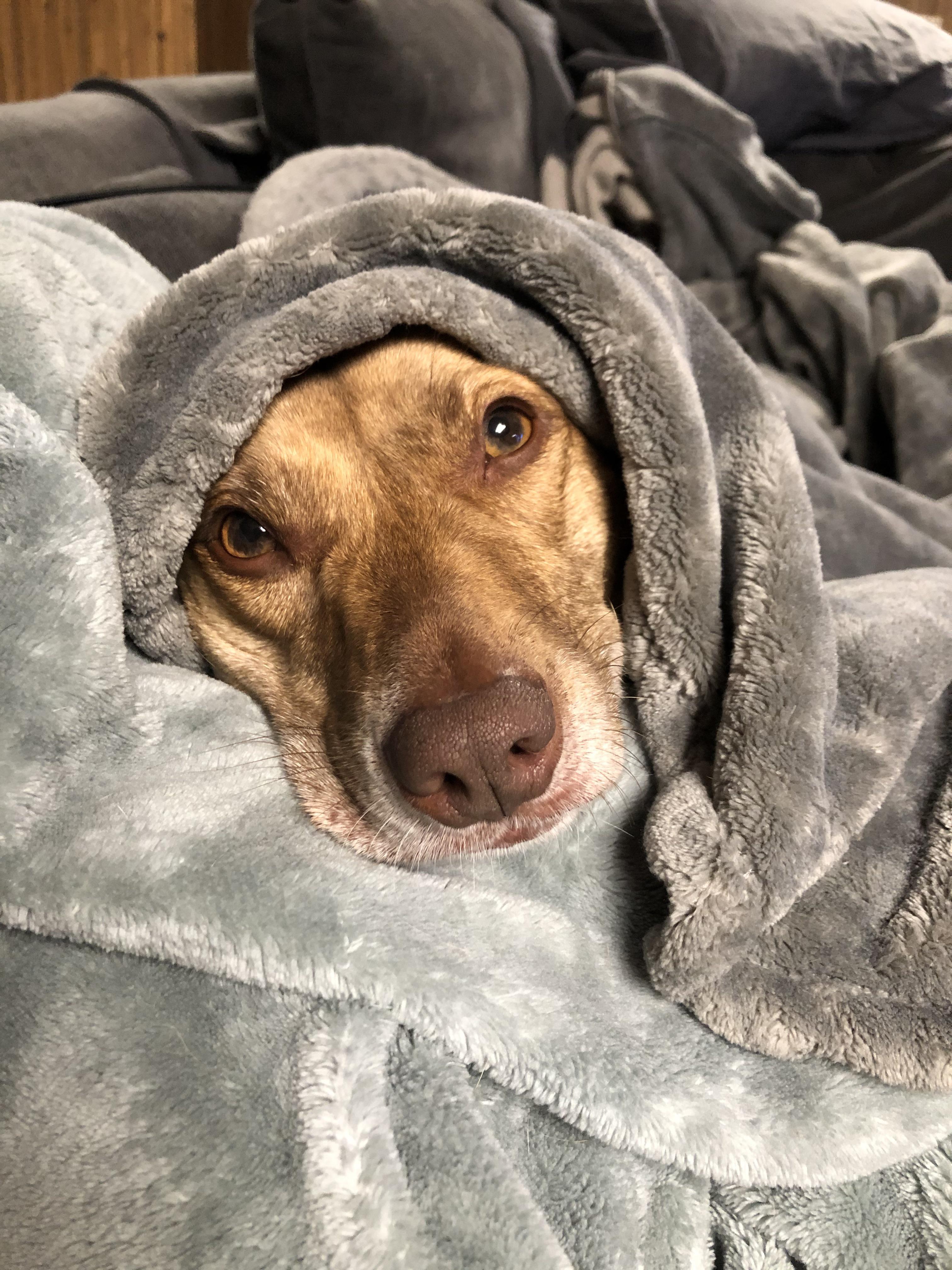 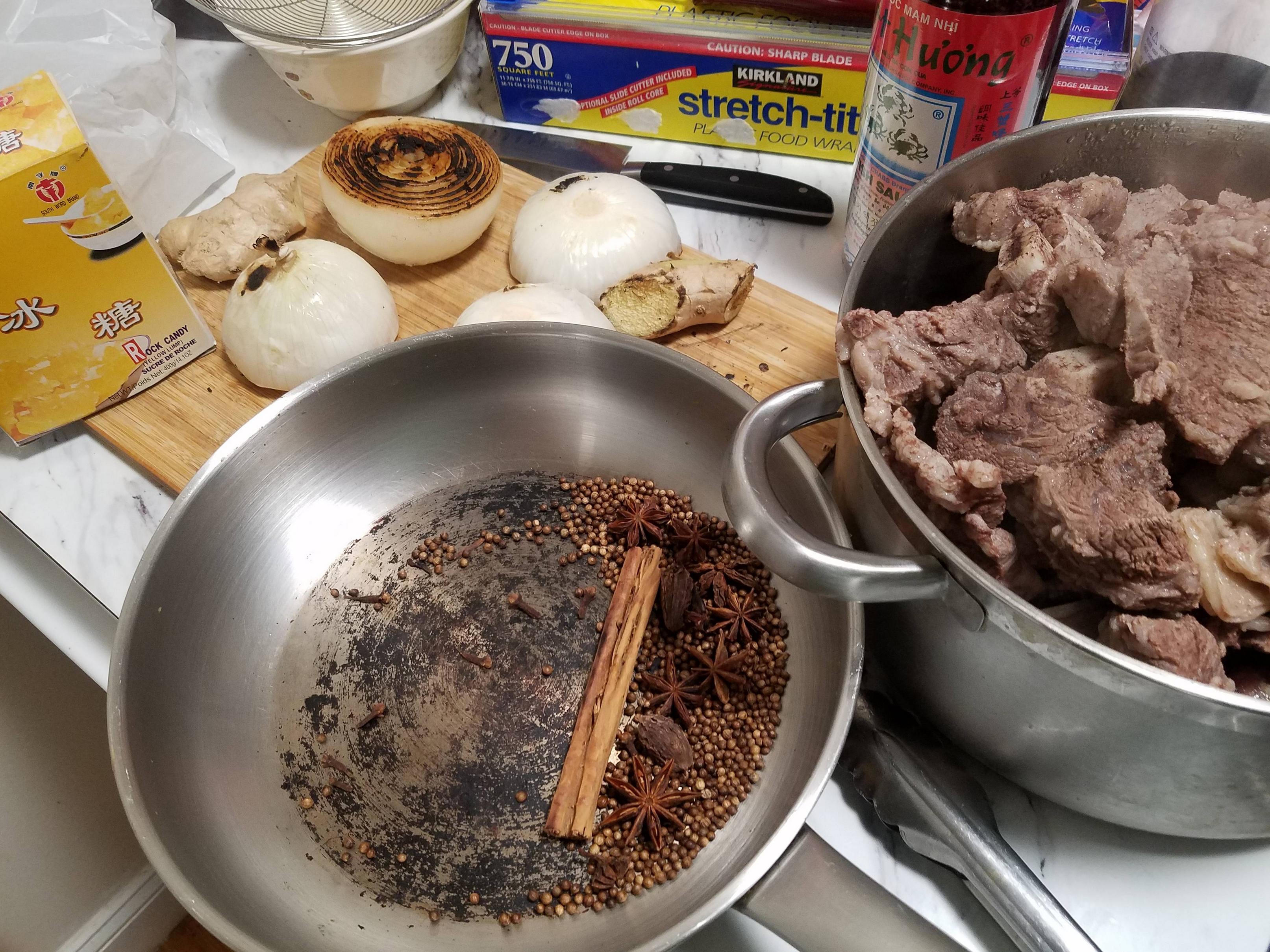 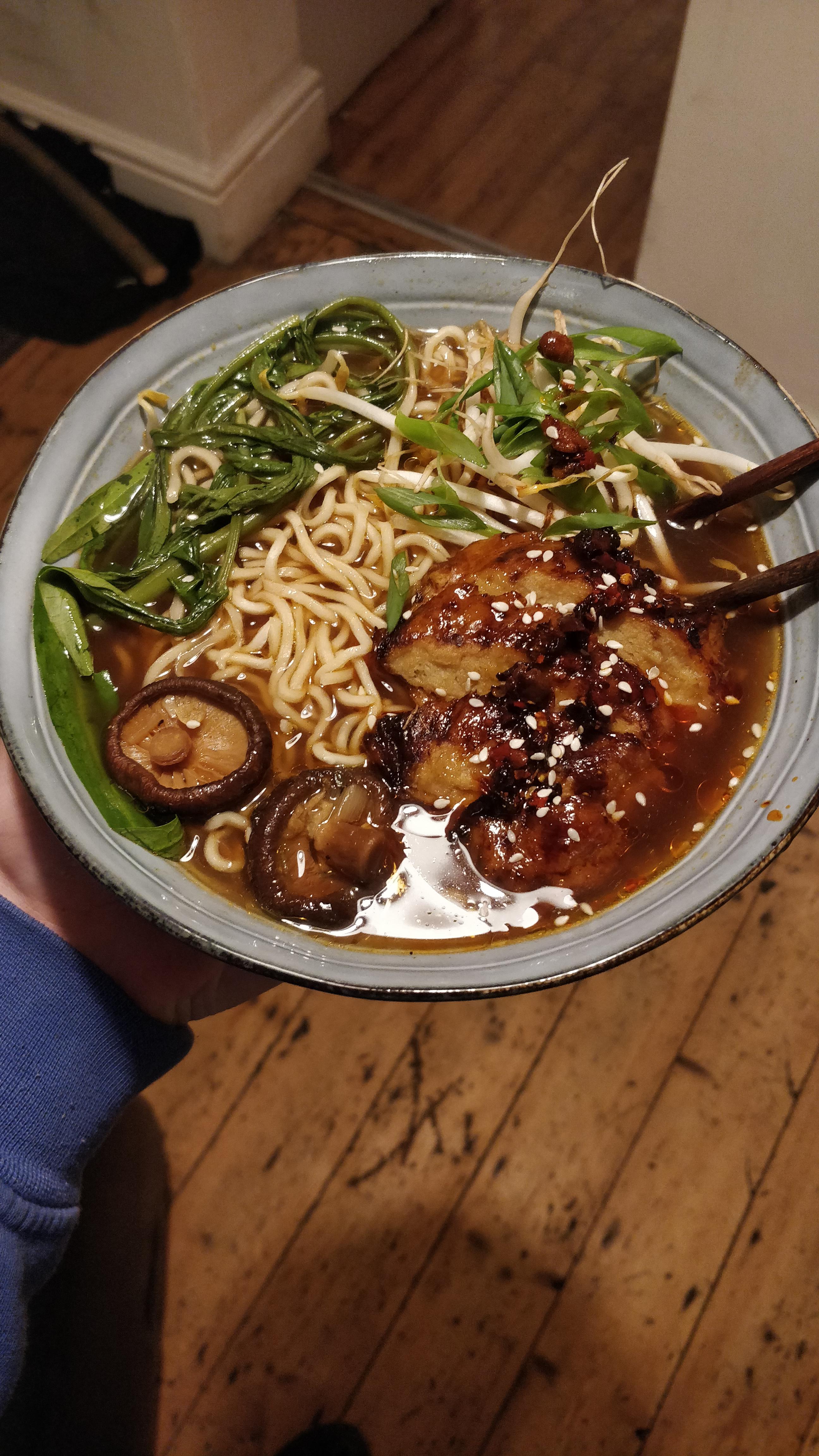 👍︎ 1k
📰︎ r/food
💬︎
👤︎ u/lordsfavouriteone
🚨︎ report
Simple mushroom risotto I did from what was left in the kitchen. Only needs 4 ingredients and one pot. Rice, water, vegetable broth and mushrooms.

👍︎ 226
📰︎ r/EatCheapAndVegan
💬︎
👤︎ u/Maximellow
🚨︎ report
Realized today that I have used this filter from a broken coffee maker almost every day for years now... it is a lifesaver for rinsing lentils, beans and rice, perfect for straining homemade broths and is a champ at making large batches of sun tea just to name a few of this guys’ uses 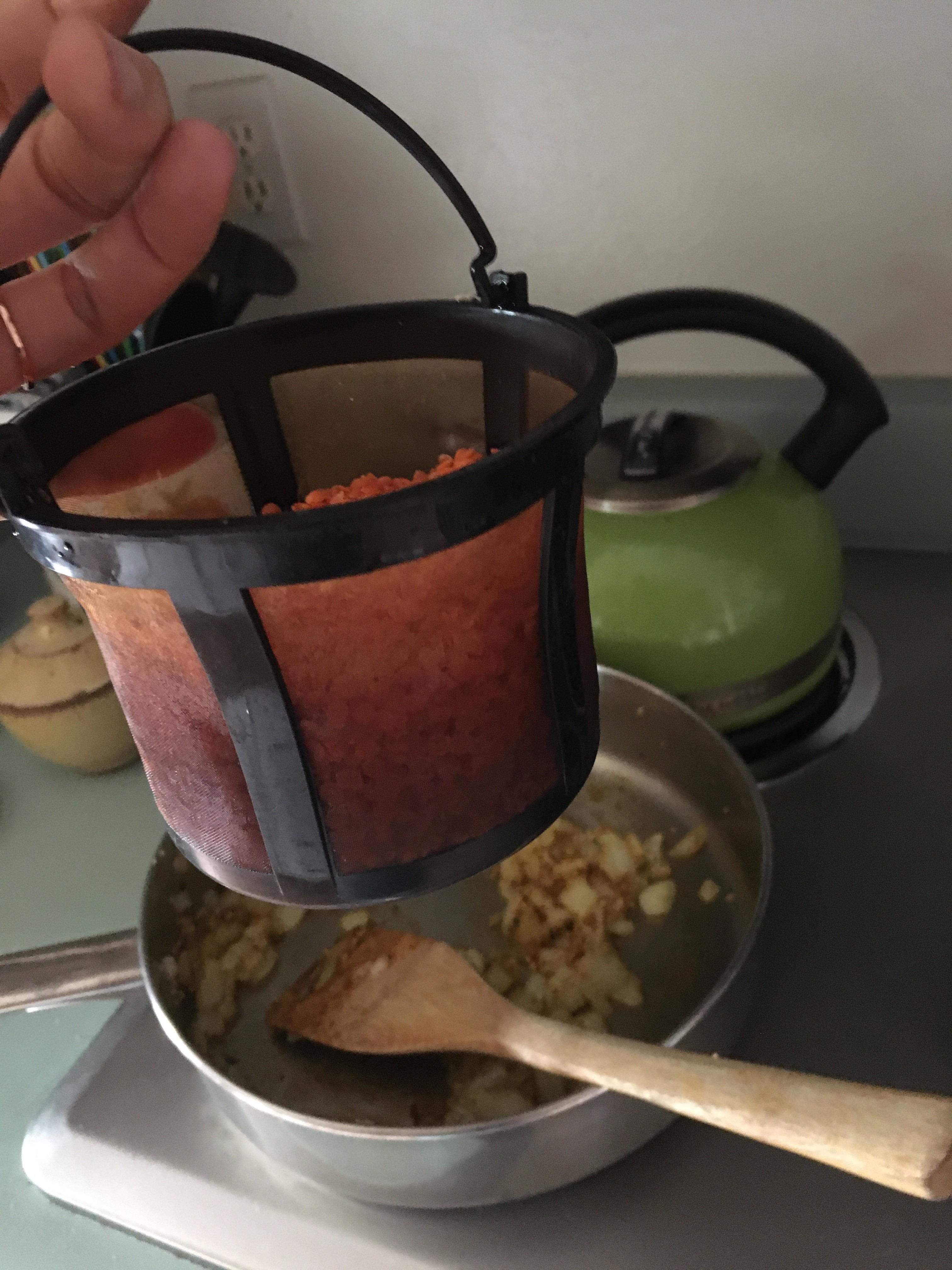 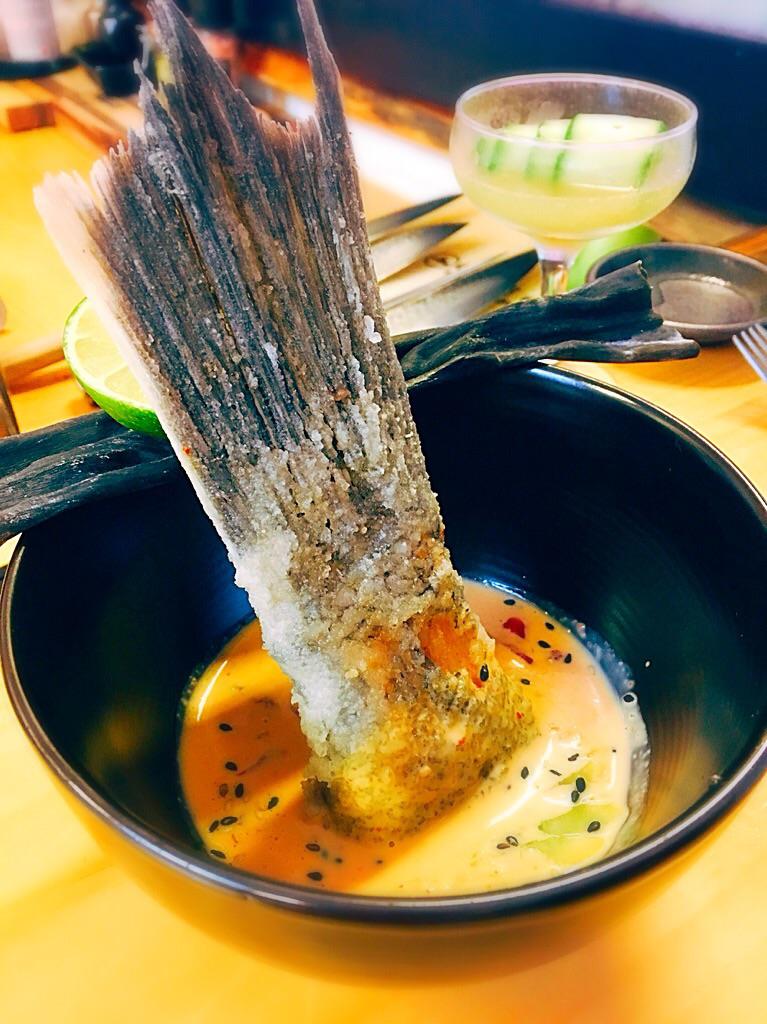 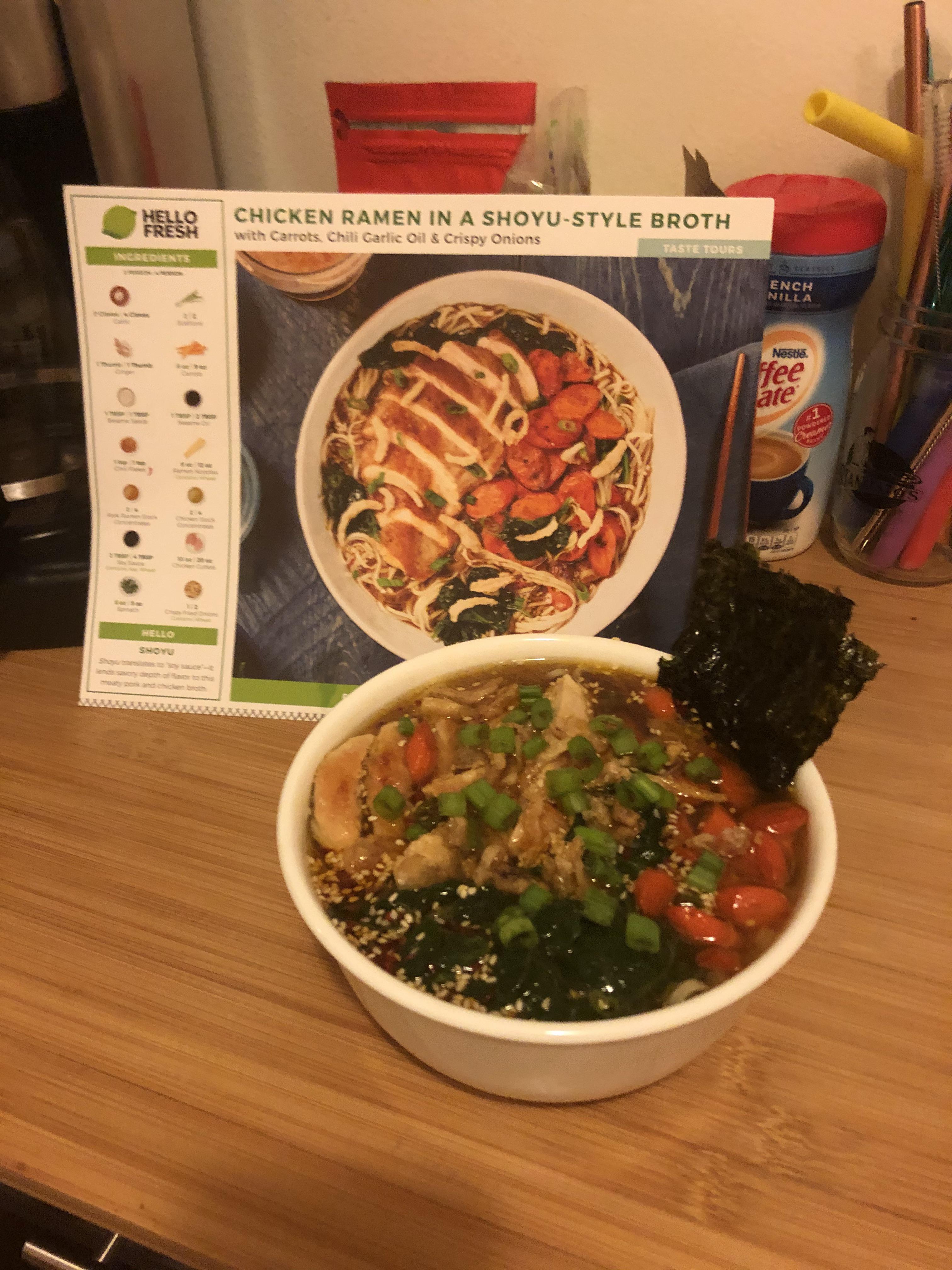 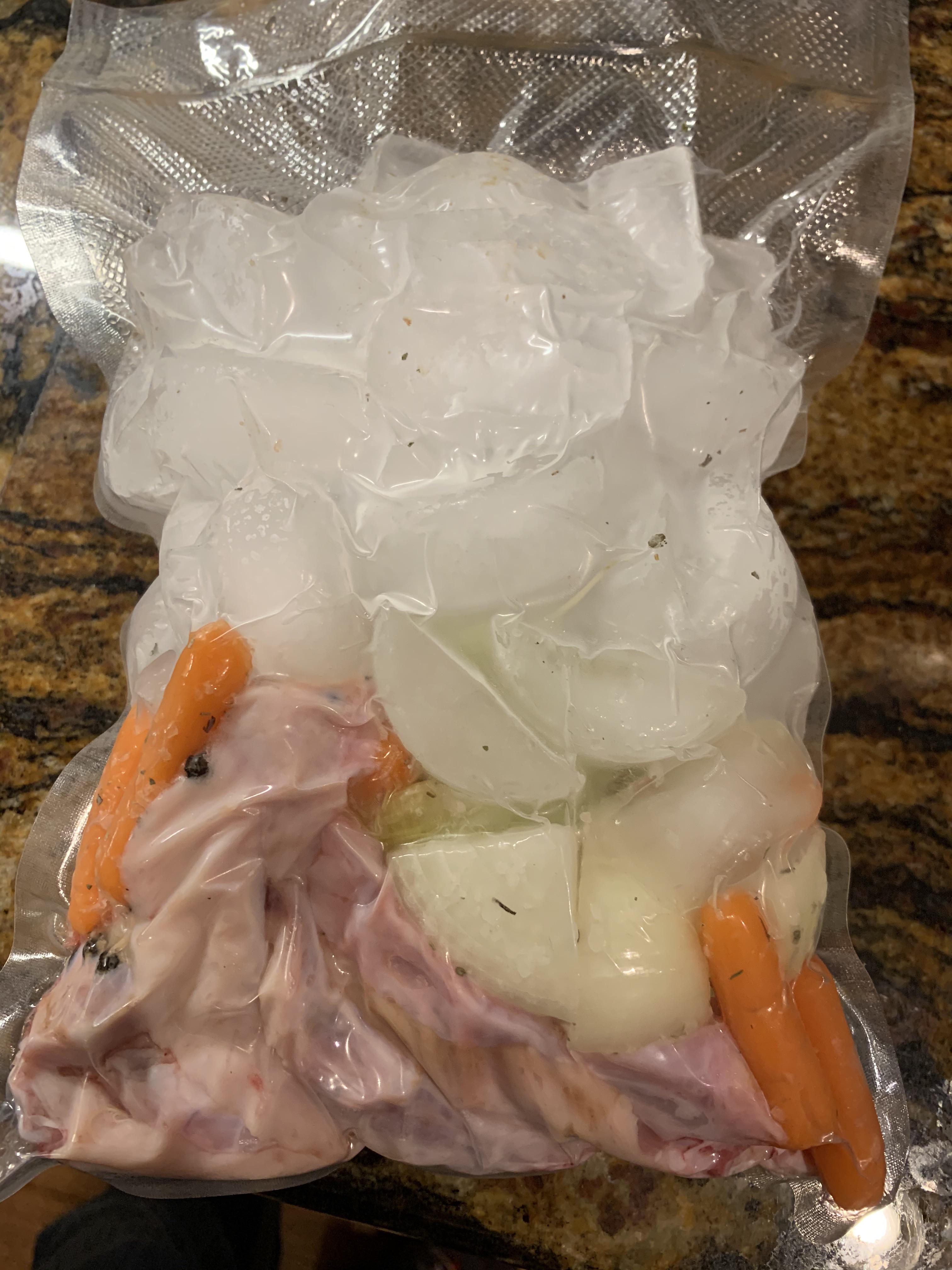 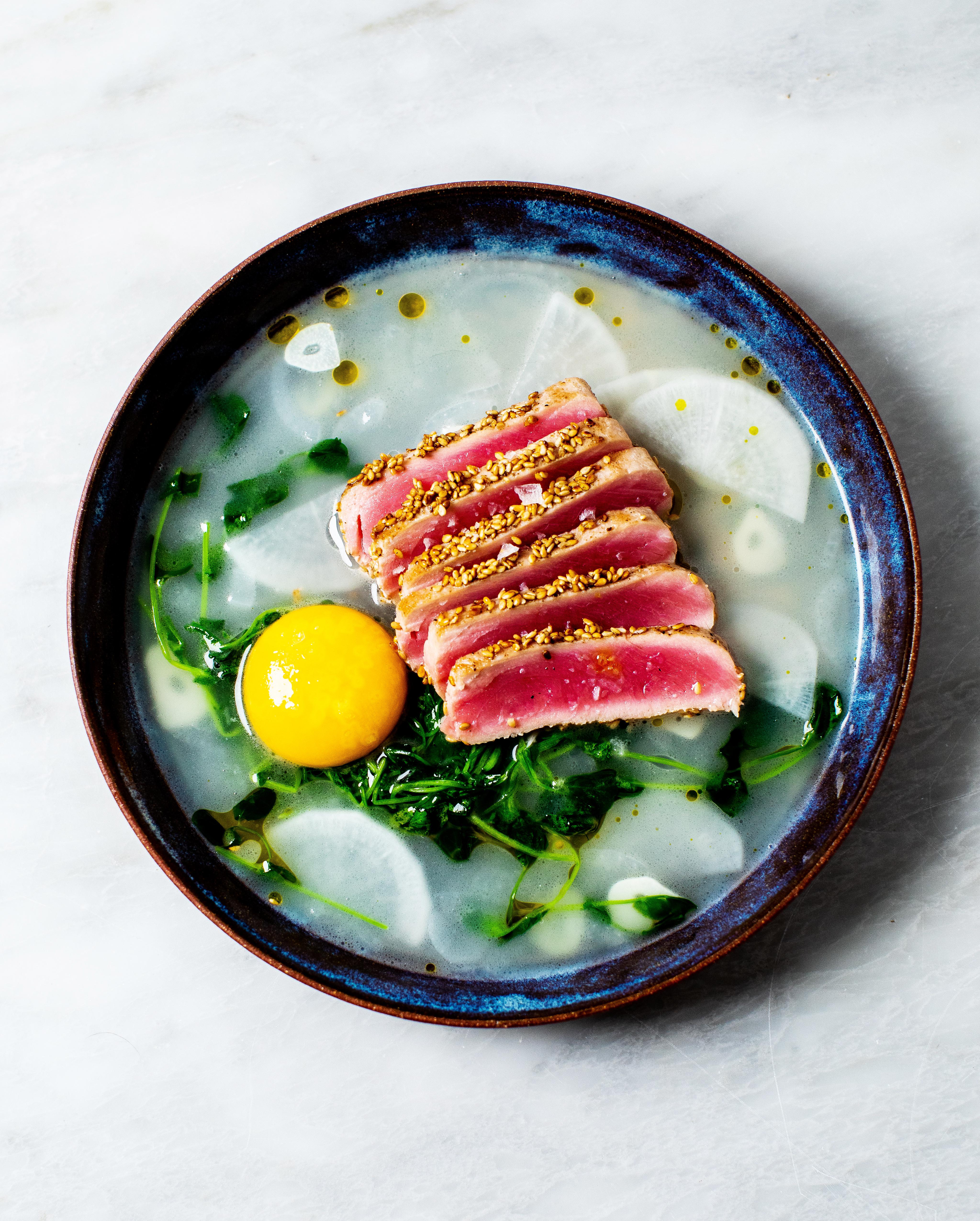 👍︎ 496
📰︎ r/PutAnEggOnIt
💬︎
👤︎ u/BushyEyes
🚨︎ report
I blended the turkey carcass, mostly bones and that plus the broth I was making filled 6 large Mason jars. Its a high quality additive to dog food and the shards that wouldnt blend are going in the garden. 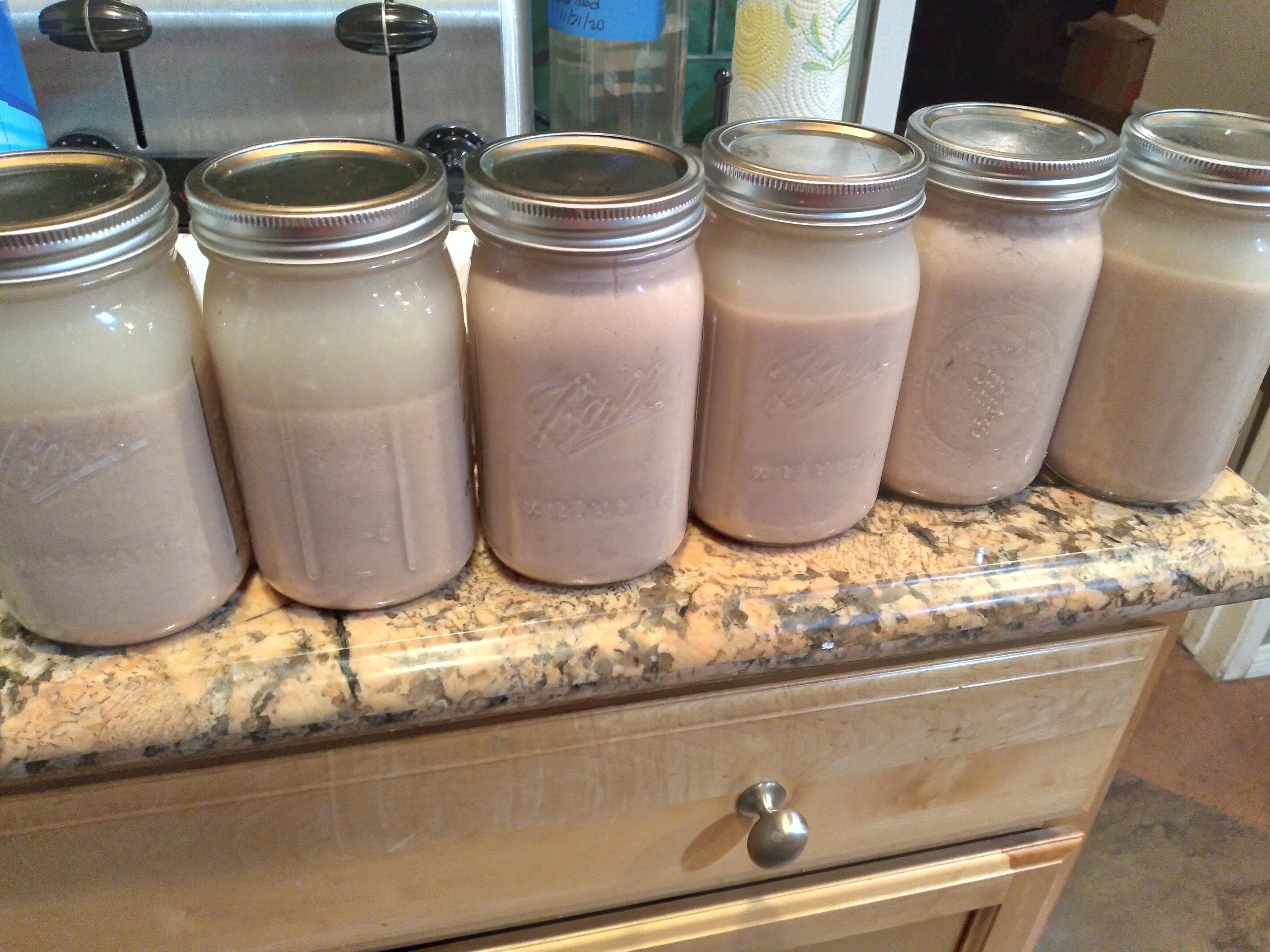 Recently, I used the carcass of my Thanksgiving turkey to make some delicious broth, and it made me wonder: is it actually cheaper to prepare and freeze one's own broth rather than buying concentrated base from the store?

To clarify, I like bone broth and I'm already into making a lot of foodstuffs myself. Is it economical to buy bones or to use the leftover carcasses of meat animals for your own broth, or should I just stick to buying store base.