For the choosing beggars in your lives. 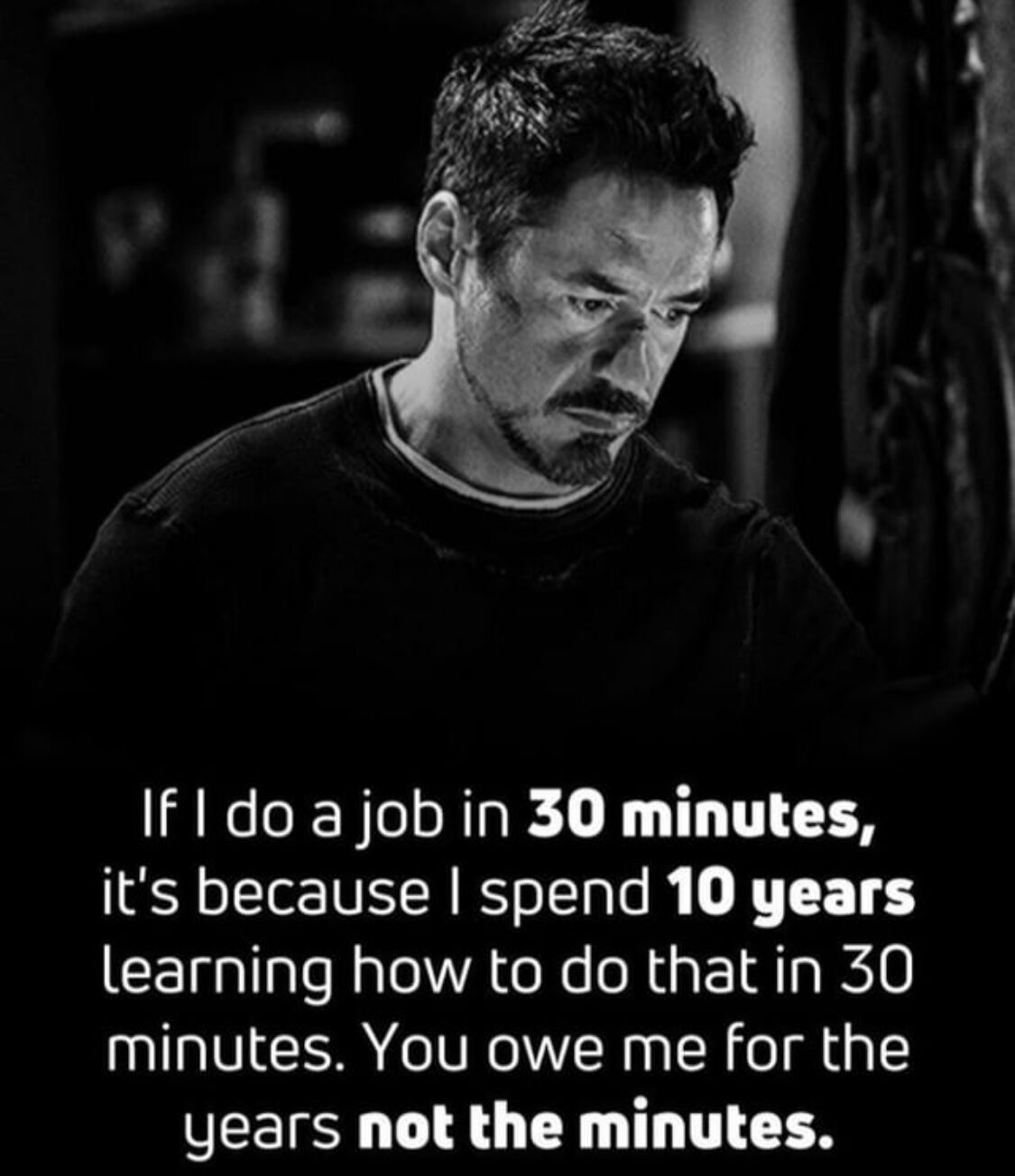 Was lurking around reddit and was reminded of this that happened to a small group of friends I had while in college. (long before COVID) This happened with a study group I was in, there were four of us, we all had at least three of the same classes so we would gather in the library at college for study group and once a week we would all go out to eat and we just rotated who paid the bill. We never went crazy with our spending and it was understood that if you wanted alcohol you paid for that yourself separately because it can be expensive. Anyway one week we got a new member to a study group let's call him Gary, he only had one course that he studied with us but that wasn't so bad and he soon enough wanted to join us on our restaurant trips, we explained to him how we rotated who paid, alcohol was always on you, and to not go insane with your entrée or anything, he agreed to all this but it was pretty obvious from the start he didn't get it although I think he was just trying to get free food and drinks out of us as often as he could.

The first time we went out it was for dinner and it was my turn to pay, not only did he order a $25 entrée (we usually tried to keep it under $10-$15 each not including the drink) he also got soda and alcohol, we reminded him about how he had to pay for that himself and he said it was fine but of course when the bill came he had forgotten his wallet and couldn't pay for it, he had racked up an impressive extra$80 in alcohol! I honestly didn't have enough to cover it but thankfully everyone else pitched in to help me out.

We warned him the next time but he did it AGAIN with the next person racking up a large alcohol bill, ordering a very expensive entrée and if that wasn't bad enough he decided he also wanted an appetizer and dessert, but of course those were HIS not to share. We never ordered appetizers or desserts, we were college kids with minimum wage jobs! We told him he can't some with us to our dinner trips anymore and he whined and complained and begged us to give him just one more chance and he wouldn't over spend the next time and he would be sure to bring his wallet for alcohol.

Well like a bunch of dumb kids we listened and gave him another chance and he of course did the EXACT SAME THING, all down to expensive alcohol, appetizer, dessert, entrée, and of course no wallet. My friend were ready to tear him a new one and kick him out of our study group too but I told them to wait a bit and I had an idea to get bac

Dear moderators: I am very sorry for breaking rule number 4 of this subreddit. I my reddit account is more than 1 month old but I did not post anything before :(

Hi all, made a reddit account just to be able to post my endeavor. It may not look epic or important like all the wars going on right now but it is something that made my day almost every day.

So I played this game many years ago for a tiny bit but it didn't draw me closer. However, I was always a lurker on the events that were happening and how the game was being reshaped every year. During this pandemic, with things running out to do, I decided to give it a try and made an alpha account. Finished the tutorial, did the starter agent missions, then registered for factional warfare on Caldari side. I lost like 2 or 3 ships and was really let down by either my lack of understanding how to fight other players properly or just simply the other players had a really big edge with the modules and skills they have. This + hungover brain on January 1st this year birthed the idea to simply beg for ISK and see how it goes. I understood this game is a sandbox, so whatever I do is true gameplay.

I made a blog page (link to the page HERE) to track my progress. Just a little problem - never ever wrote something non-business/technical related about anything in any shape or form, so I really hated myself to be lacking any writing/imagination skills in making my text at least a bit entertaining. Feel free to read and criticize!

What did I do:

Decided to collect 1 billion ISK by begging. First I thought I would spam in Jita local chat but all I got was two 0 ISK donations from a single player. Then I found out that spamming in Jita actually sucks and you're a terrible person if you're doing it. Thus another idea came to light - why not fly around different regions and beg for ISK that way. I made a spreadsheet to track which systems I already visited and begged in and a list of players that donated a certain lump of ISK. It did work way better and was a start of my little journey. The actual begging was to simply post a message with a lure to my Bio where it had everything I needed to ensnare my "victims" to local chat in every system. I visited most of Caldari, Gallente and Minmatar space with a little sliver of Amarr. at first I was a bit afraid of low security sp 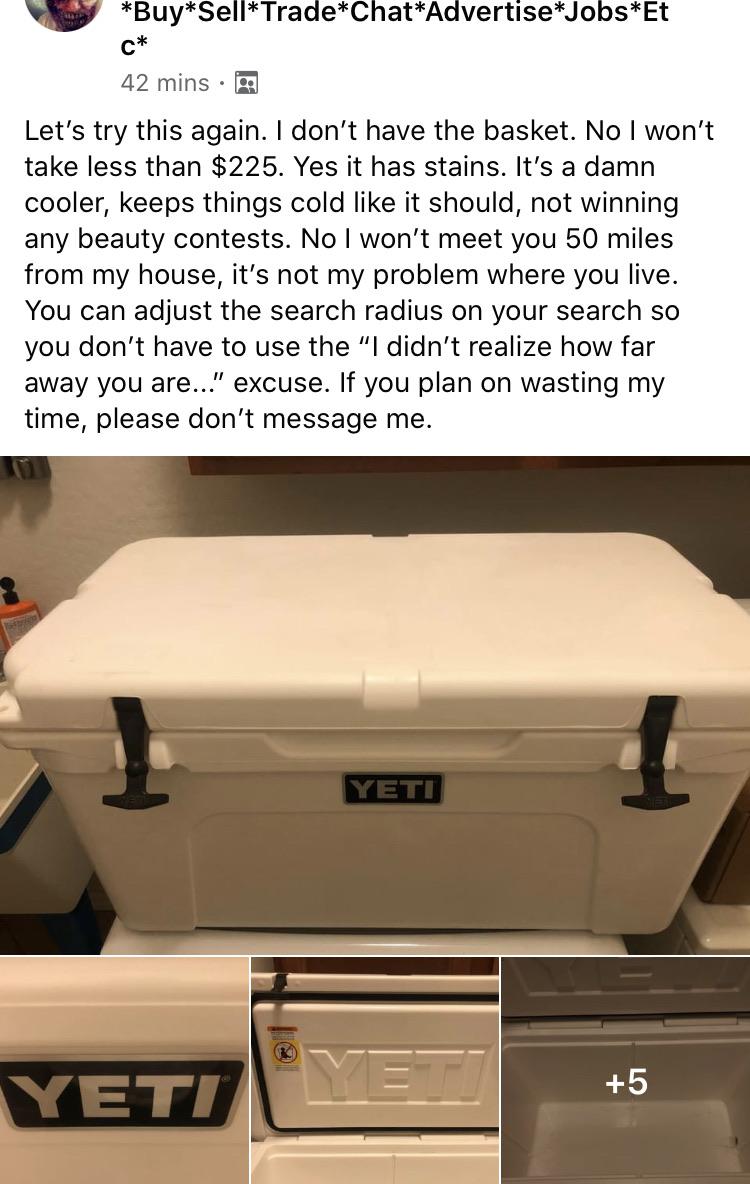 Does anyone know what the deal is with Vevey, Vaud? It's almost impossible to transfer at that train station without being harassed by people begging for money. Being aggressive and swearing at you. We have been by train to almost every canton in Switzerland and travel a lot and there is nowhere I have seen like Vevey. 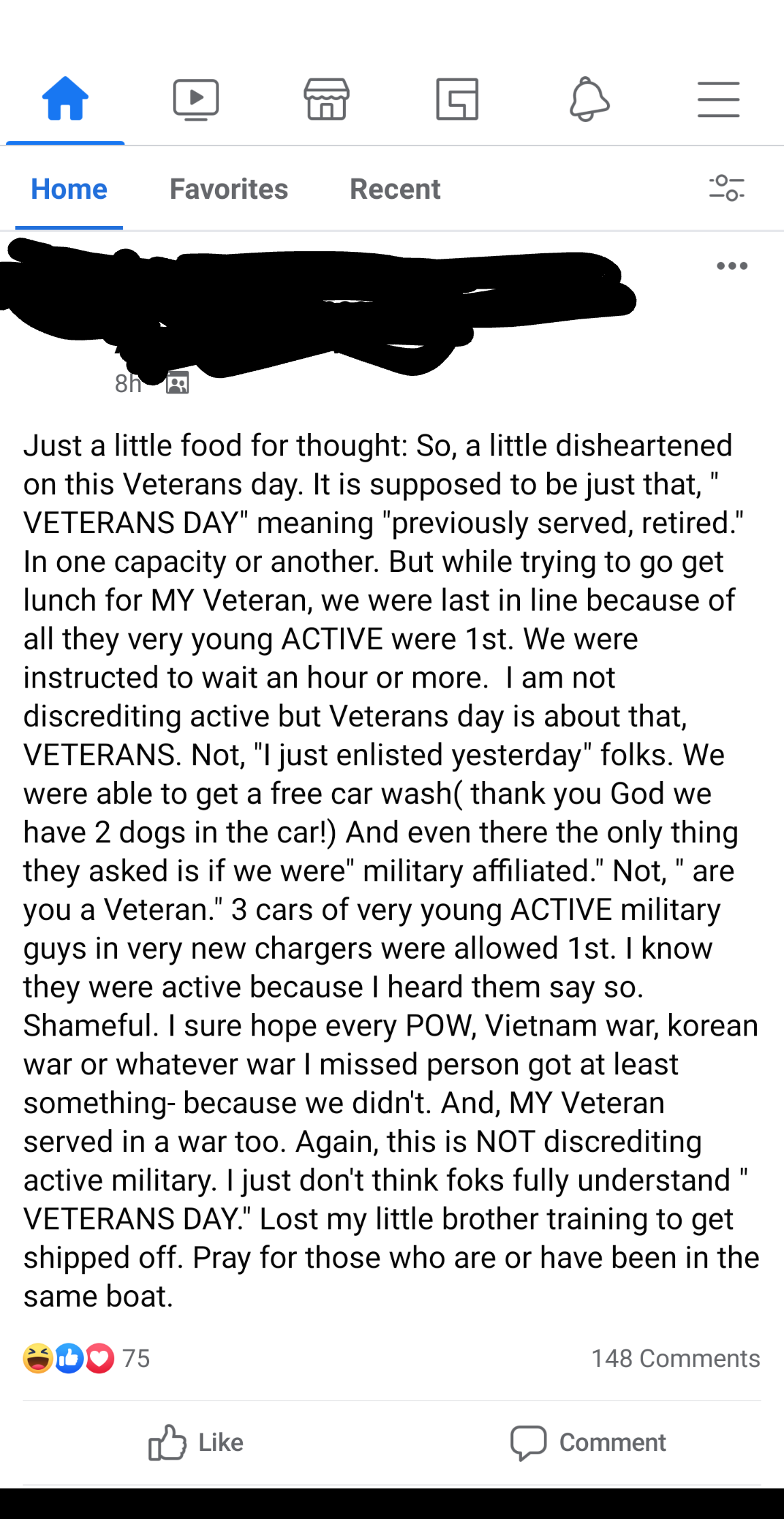 👍︎ 13k
📰︎ r/ChoosingBeggars
💬︎
👤︎ u/ClinkClankTank
🚨︎ report
Hey guys Thought I’d share a drum cover of Noisia- Shellshock ft foreign beggars. Not perfect but it was a close as I could get it, Big ups from New Zealand 🇳🇿😎😎 v.redd.it/2dkq03rgd9b61
👍︎ 561
📰︎ r/DnB
💬︎
👤︎ u/Kiwidrummer1996
🚨︎ report
Is it me or does "Still Getting It" by Foreign Beggars and Skrillex slap every fucking time I hear it? Even after all these years. 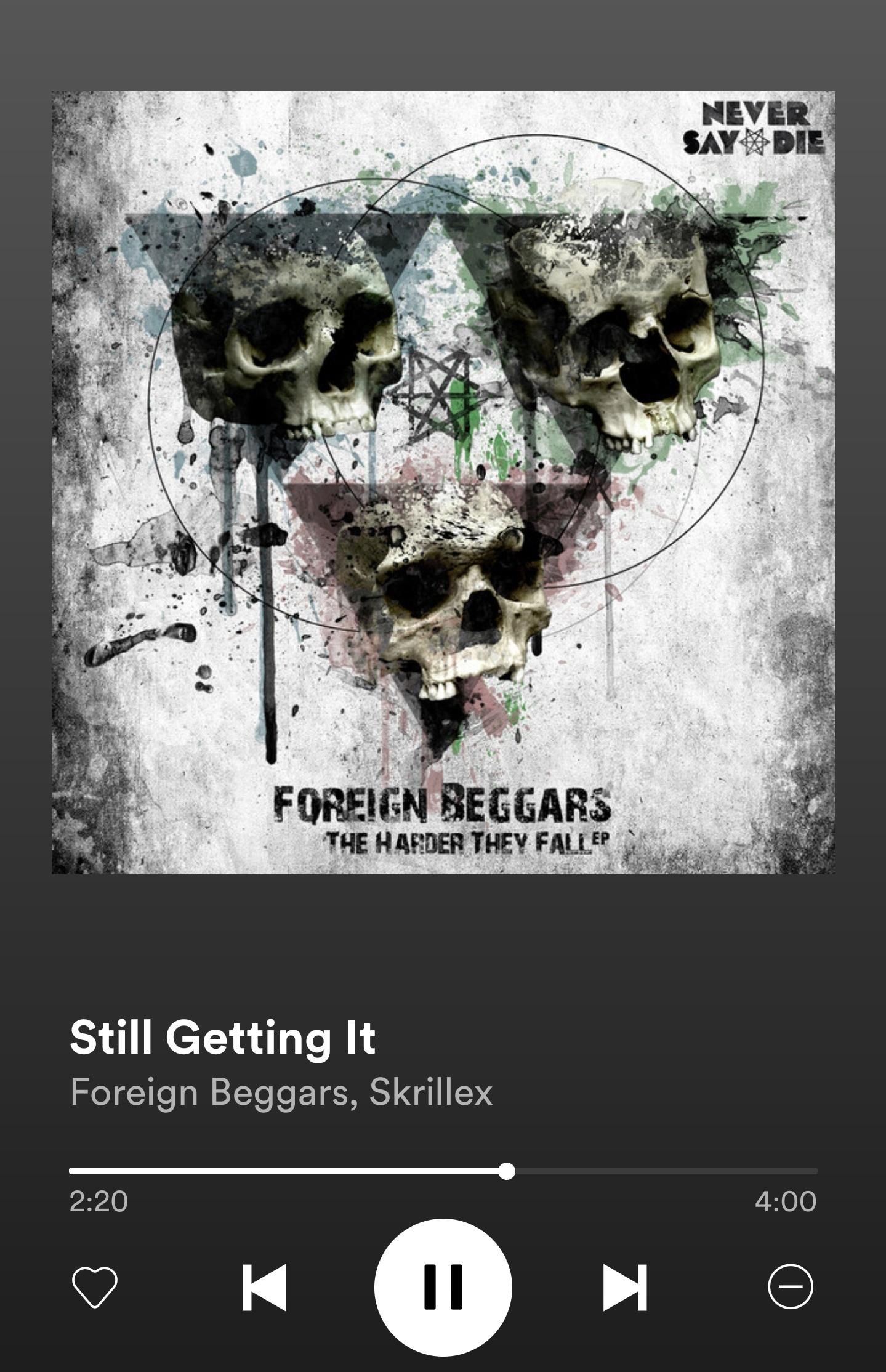 👍︎ 237
📰︎ r/dubstep
💬︎
👤︎ u/GropeYourGroin
🚨︎ report
If you are a beggar, don't fucking bring a child to this world.

I grew up in a lower middle class family. I never starved so to speak and I was able to study and generally grow up fine.

There was food on the table, it wasn't the best food but it was food. I wore old torn clothes sometimes, felt lower than most many times but I managed.

However to this day I am adamant that unless I have enough money to buy my child all he needs, have enough to guarantee his education and give him chances to compete in life, I am not going to have a child.

Then I am sitting in a Cafe and beggars pass by holding a toddler in their hands and they ask for money. And it just fucking destroys me.

You can't afford food and shelter for yourself, so you decided to bring a toddler to this world knowing that he has nothing to eat, unless people show mercy and give money ? I know life is hard for you beggar, but honestly, fuck you for bringing that child to this world with nothing to eat and no place to sleep.

EDIT: This blew up so there are a few things I'd like to clarify

This is about beggars who beg people money for a living their entire lives and then they get children of their own, many times the cause is to beg with those children as people are more likely to give money. I understand if you live in a country with child protection services this wouldn't make sense. But there are countries where people even steal children so they use them to beg for money. 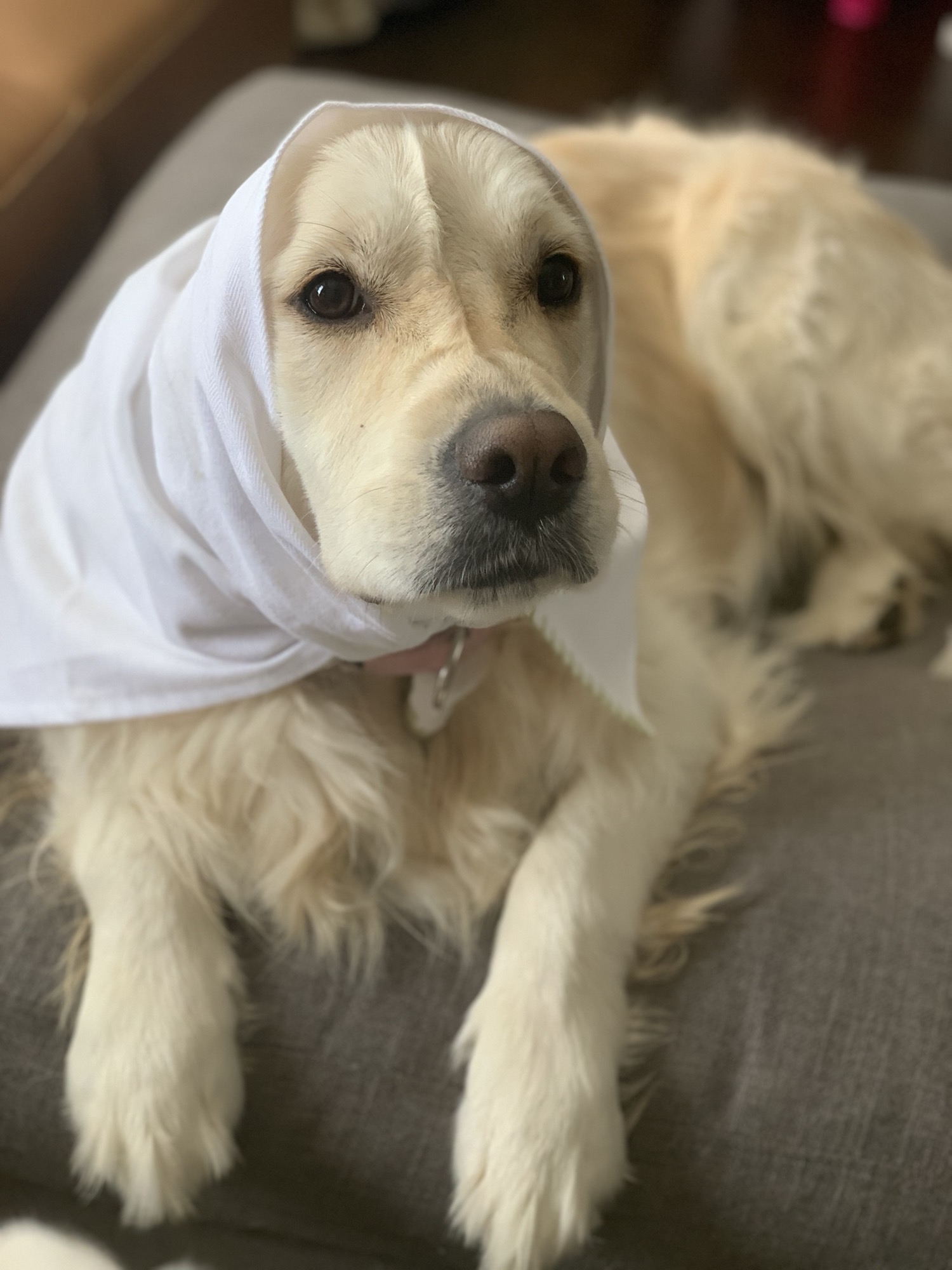 👍︎ 964
📰︎ r/babushkadogs
💬︎
👤︎ u/shittyTaco
🚨︎ report
Choosing beggars agrees to pay full price for TV as long as seller gives him free board/room for a couple of nights. (Bonus points if seller allows him to share a bed.) 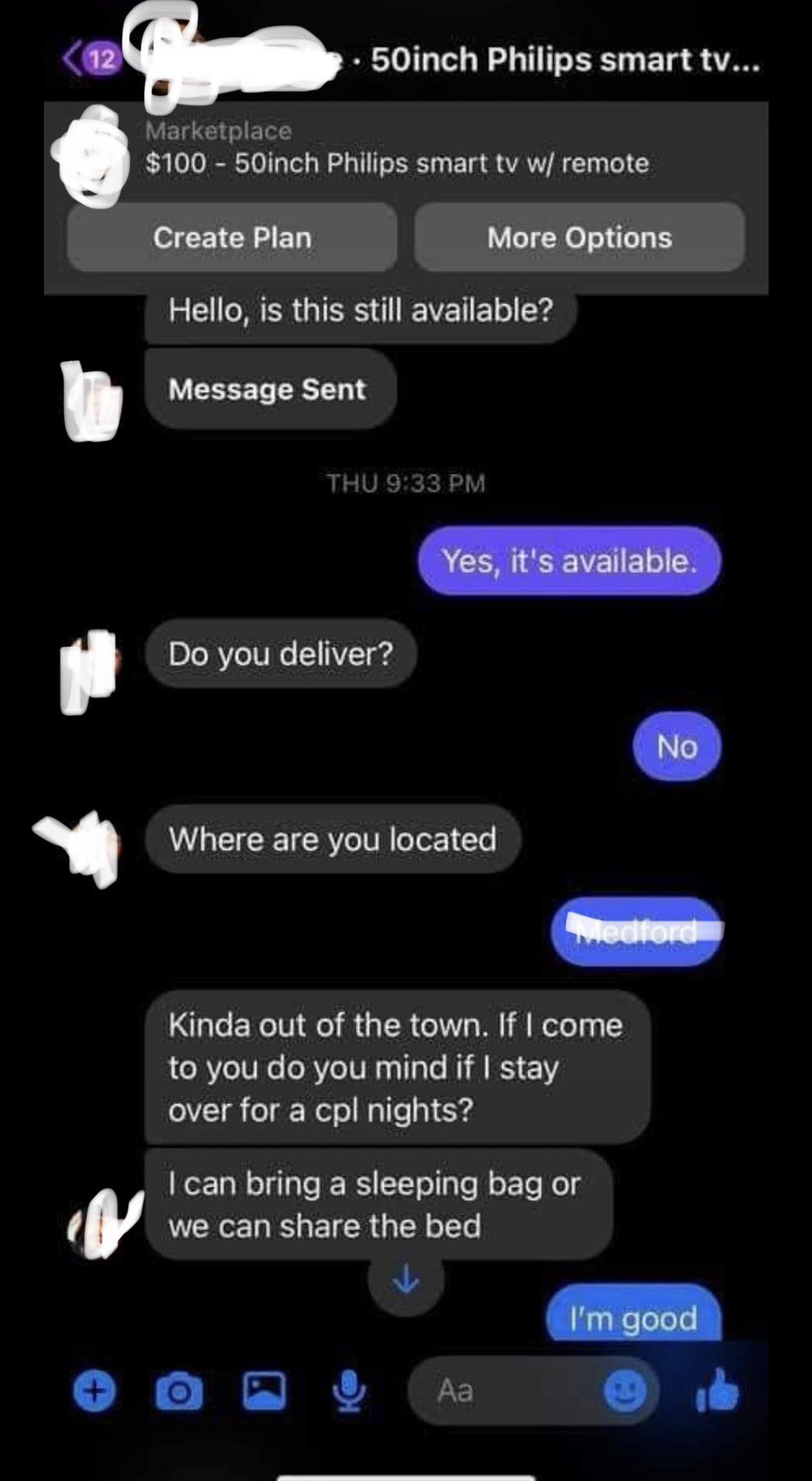 👍︎ 710
📰︎ r/ChoosingBeggars
💬︎
👤︎ u/A-Little-Stitious05
🚨︎ report
Being a non is not rank related. First guy understanding why hypixel blocks nons during maintenance. Took about 30mins to check his profile to be sure he wasn’t toxic or a beggar. Also this made me archieve my 100th gifted rank. 🙂 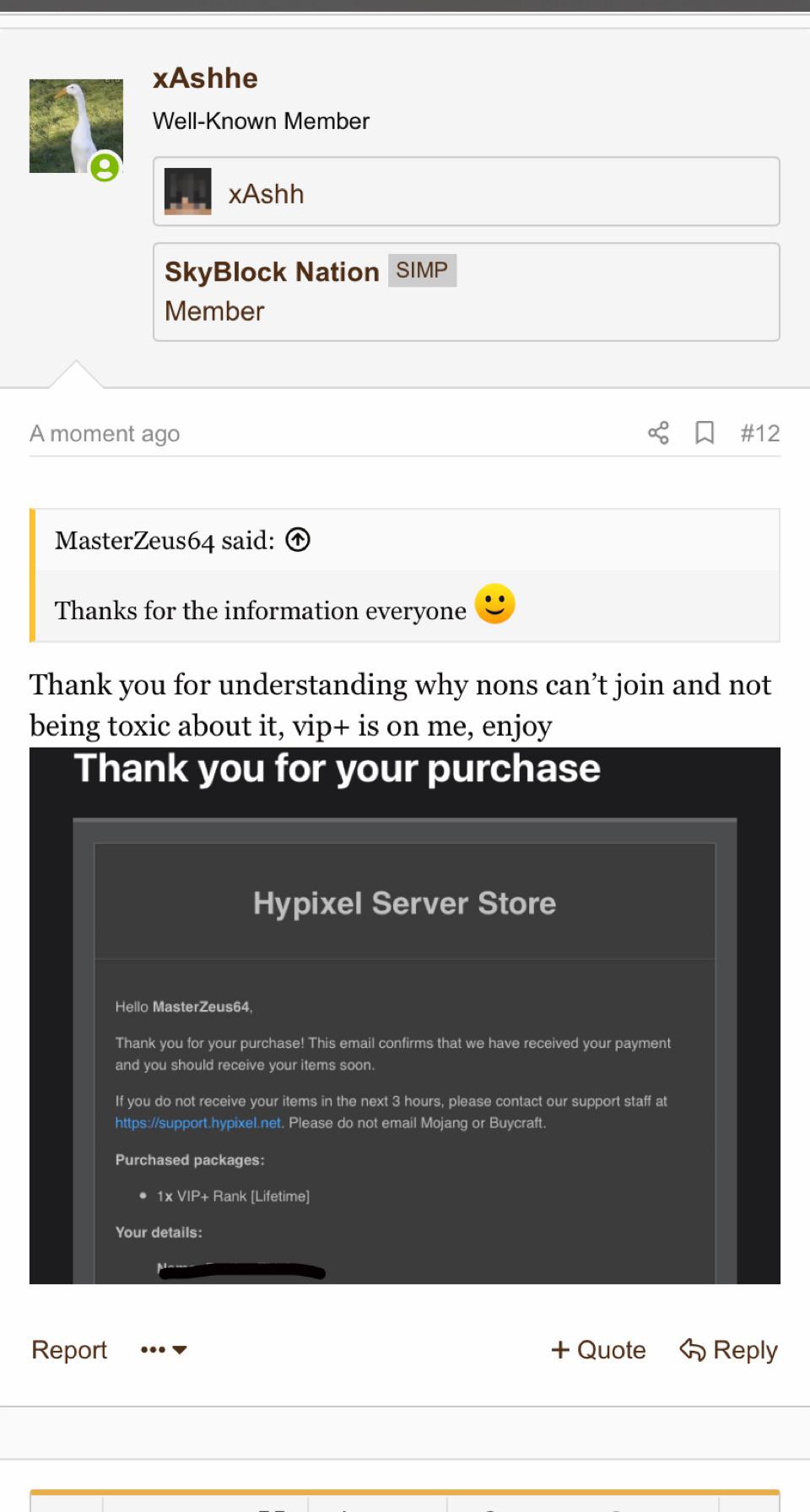 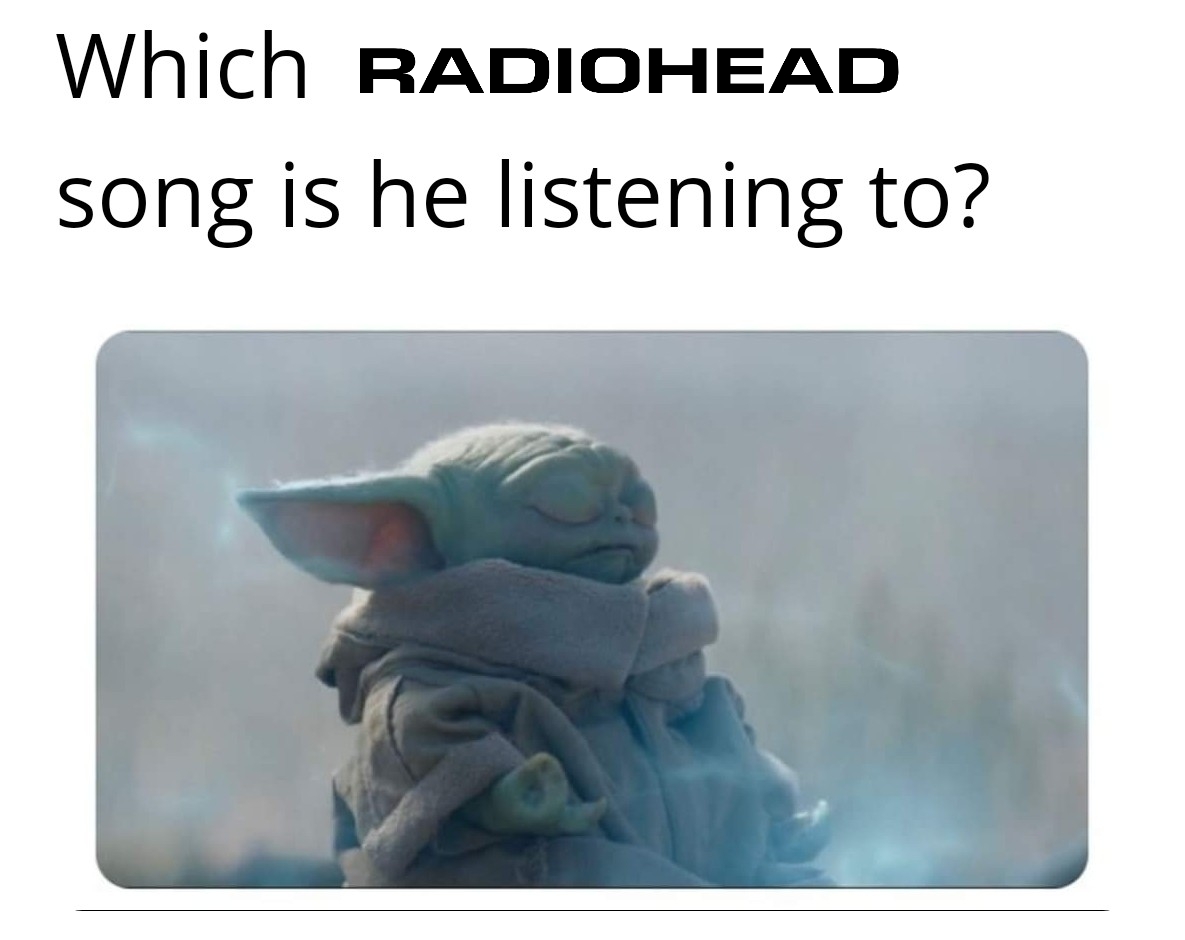 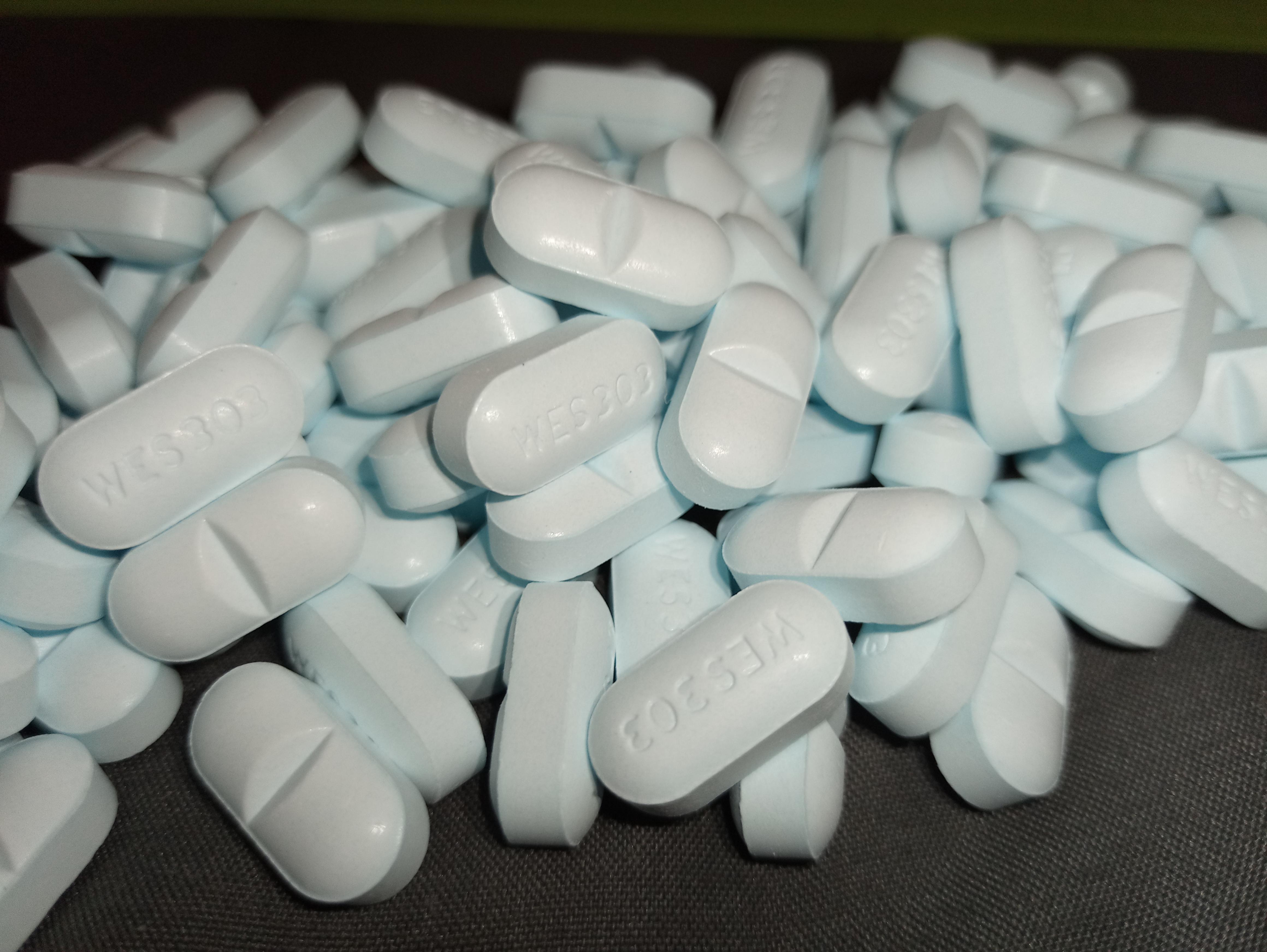 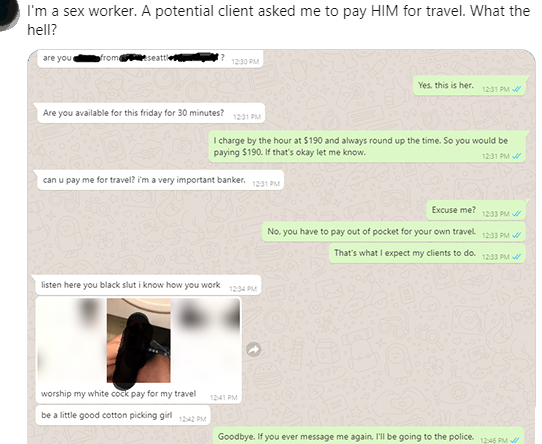 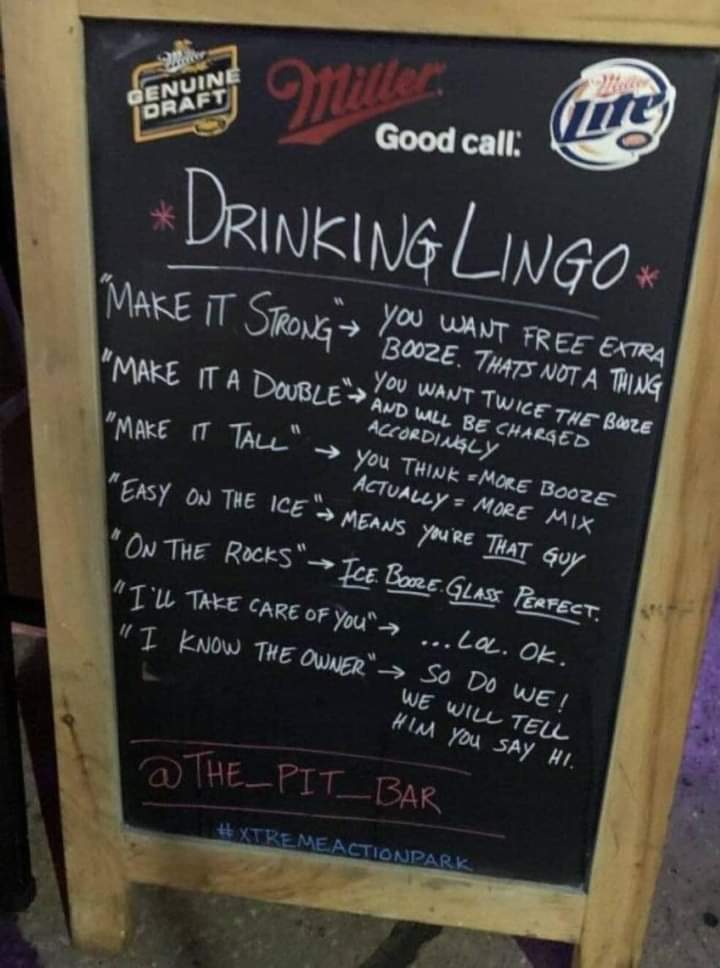 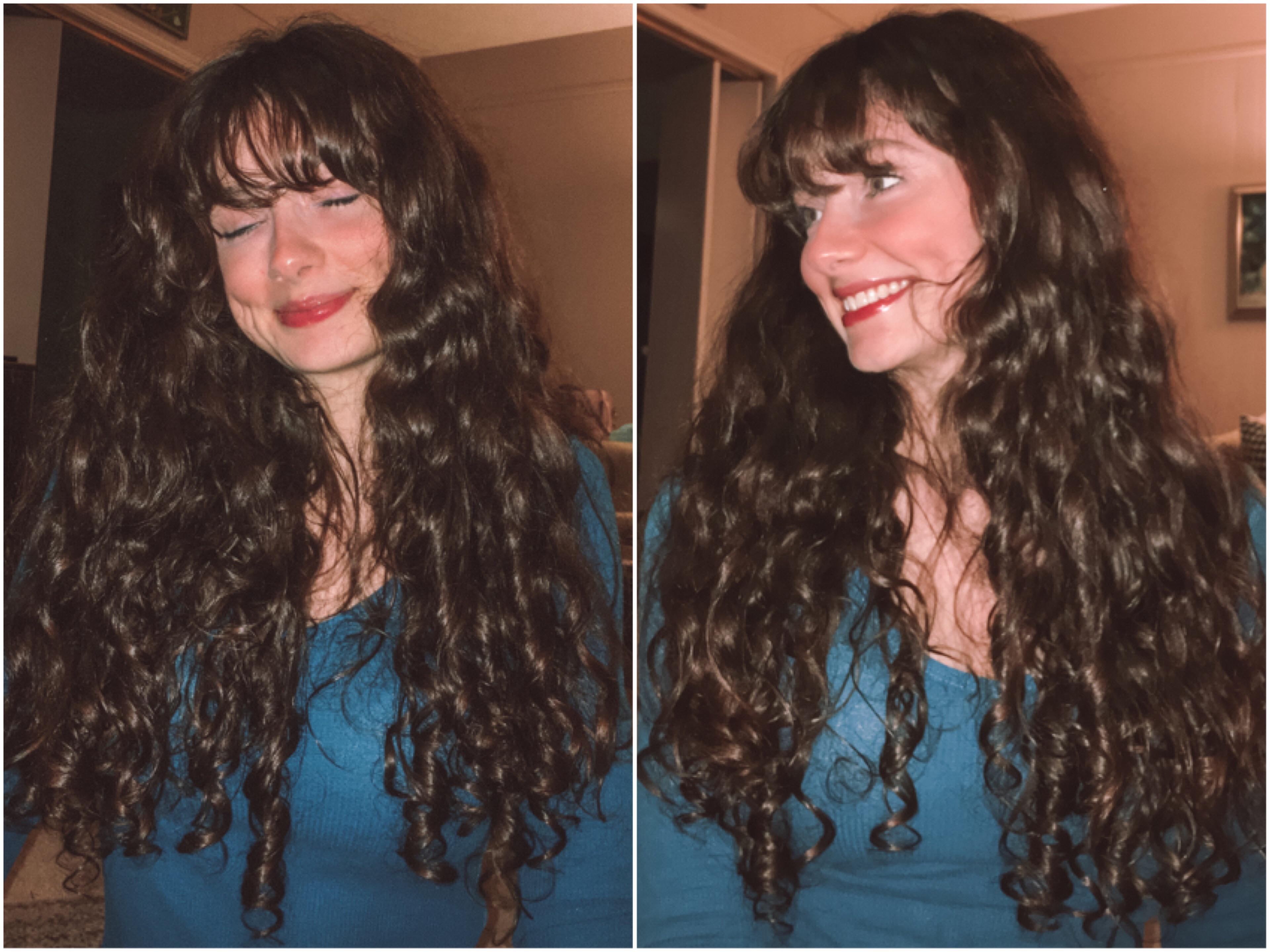 The ever joyful relic grind led me to the World of Darkness with a party having one melee DPS and four ranged DPS, along with an astrologian who gave melee cards to the samurai and ranged cards to either the red mage or the summoner. Our dancer friend here didn't like it though because it seems that Fan Dance is unavailable without a personal buff, idk.

And just like a comm beggar doesn't get any comms, the card beggar didn't get any cards. :') 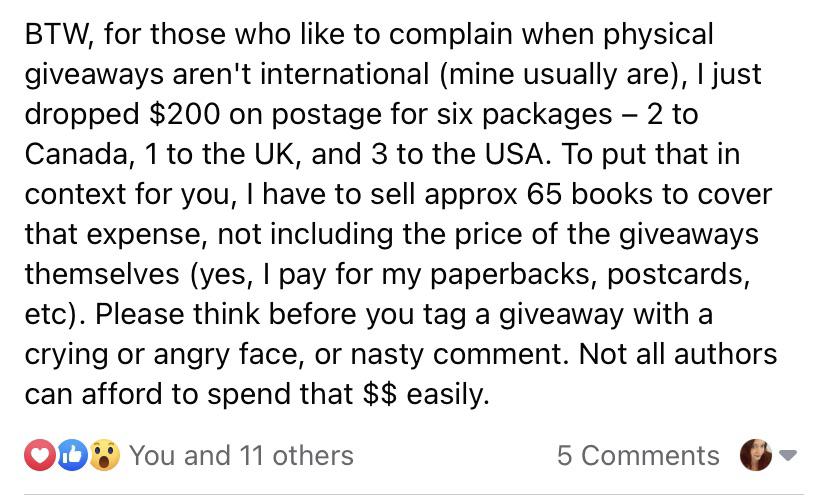 👍︎ 4k
📰︎ r/ChoosingBeggars
💬︎
👤︎ u/sweetEVILone
🚨︎ report
RISE OF BEGGARS - PART 2 (read my comment!) v.redd.it/9kmm5vuwufb61
👍︎ 108
📰︎ r/MurderMystery2
💬︎
👤︎ u/YourNintendog
🚨︎ report
All in all, not bad. We played miserable away in miserable conditions and still took a point. Soucek is back and Antonio doesn’t seem to be too bad. On top of that Liverpool lost. Would have liked a Chelsea loss as well, but beggars can’t be choosers.
👍︎ 42
📰︎ r/Hammers
💬︎
👤︎ u/chookchook234
🚨︎ report
Beggar gets angry because I don't accept his offer at less than 1/2 price. reddit.com/gallery/l8yyge
👍︎ 162
📰︎ r/ChoosingBeggars
💬︎
👤︎ u/bpowell4939
🚨︎ report
Communication is vital for this choosing beggar! 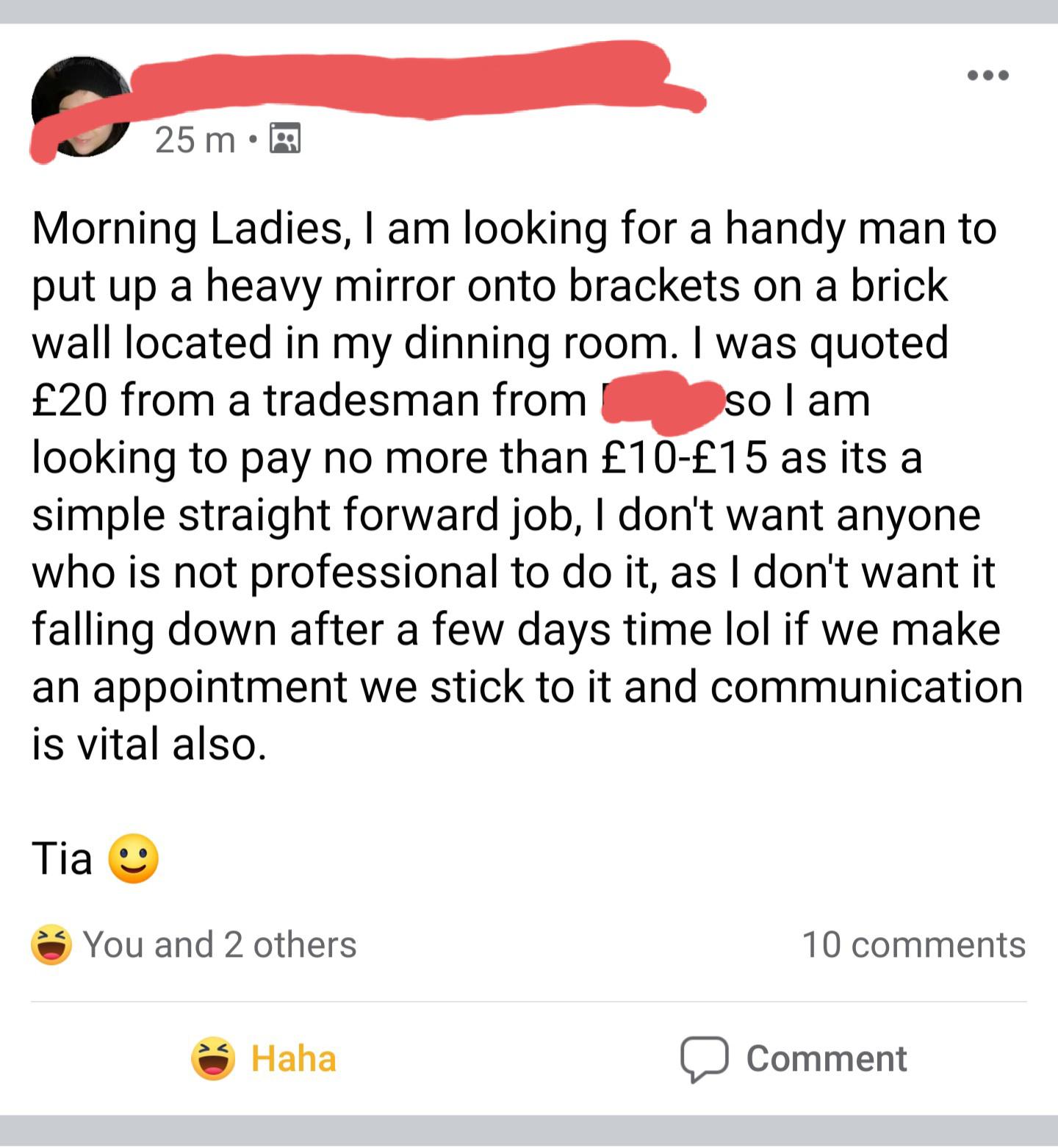 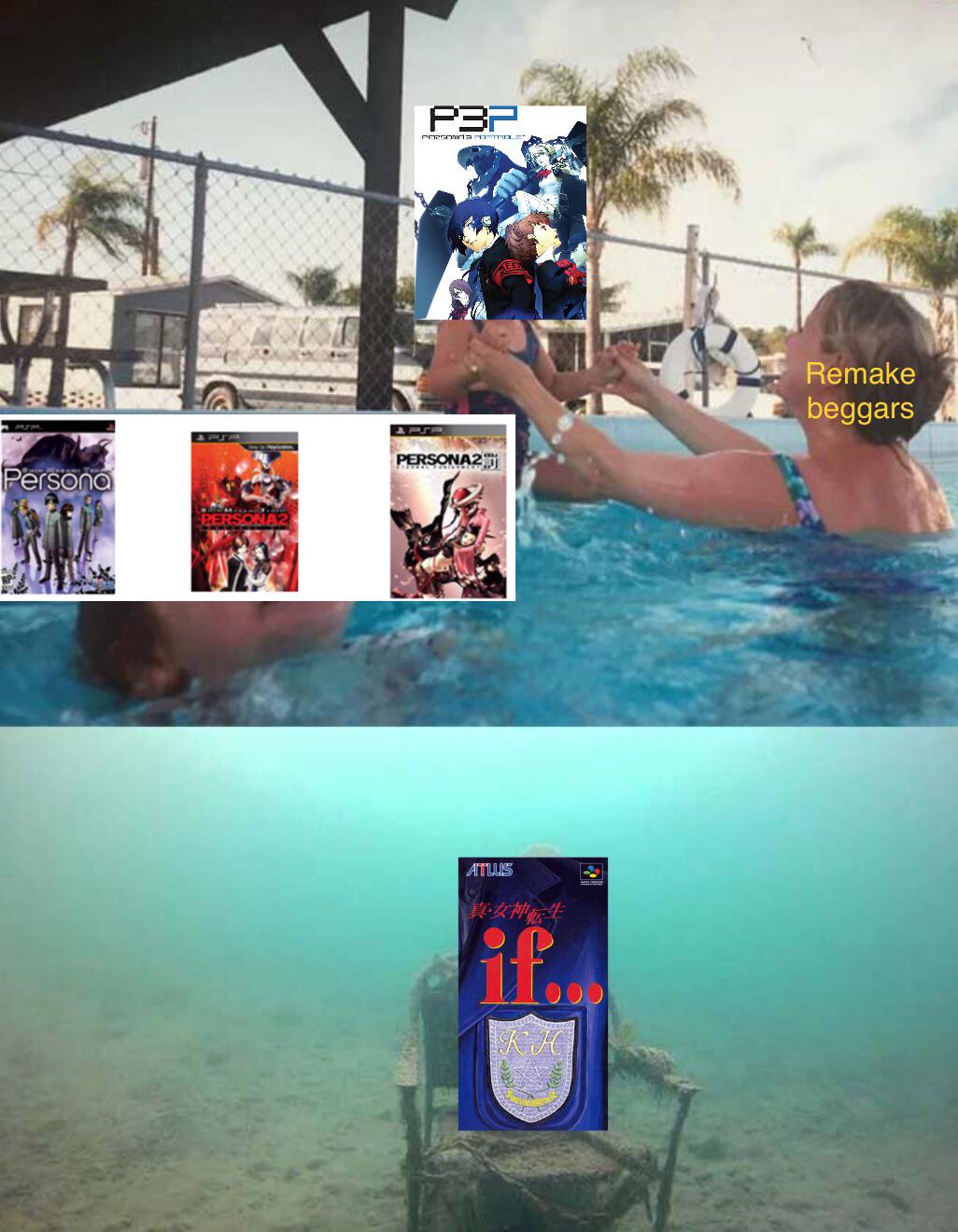 👍︎ 149
📰︎ r/PERSoNA
💬︎
👤︎ u/moostachedood
🚨︎ report
YSK: You shouldn’t judge a beggar or homeless person for having something nice/expensive, it was probably given to them.

Why YSK: Homeless people get given stuff that other people don’t use all the time. Shoes, clothes, food, etc. I gave someone a brand new pair of shoes that didn’t fit me, but someone might look at those and think he is a bullshitter. 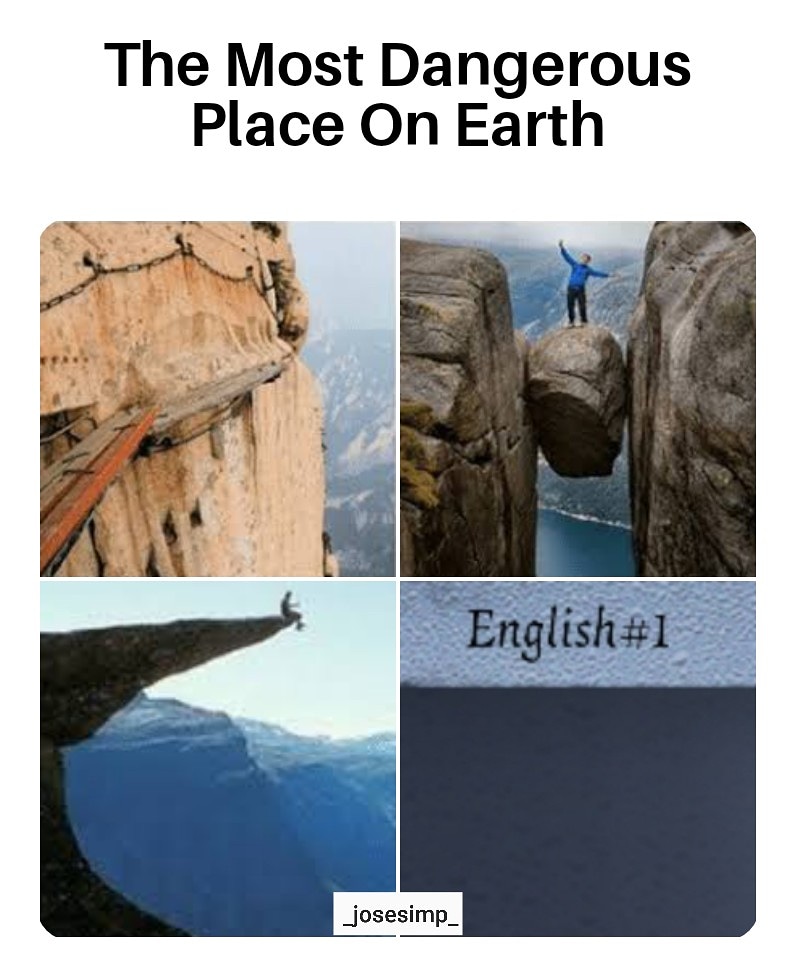 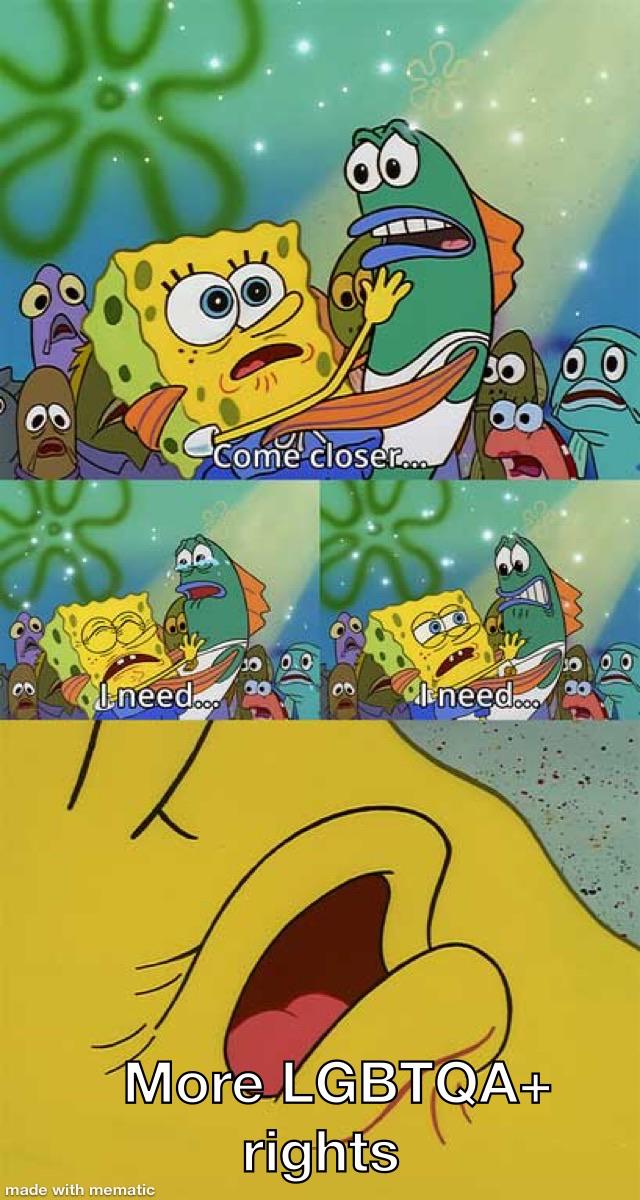 Like 90% of the posts on here are about people getting lowball offers on items being sold. That is an asshole offer, or bad haggling, but not choosing beggars.

Choosing beggars want something for free, and then also have demands for what they get for free. You know, like the words "choosing beggar" literally means. 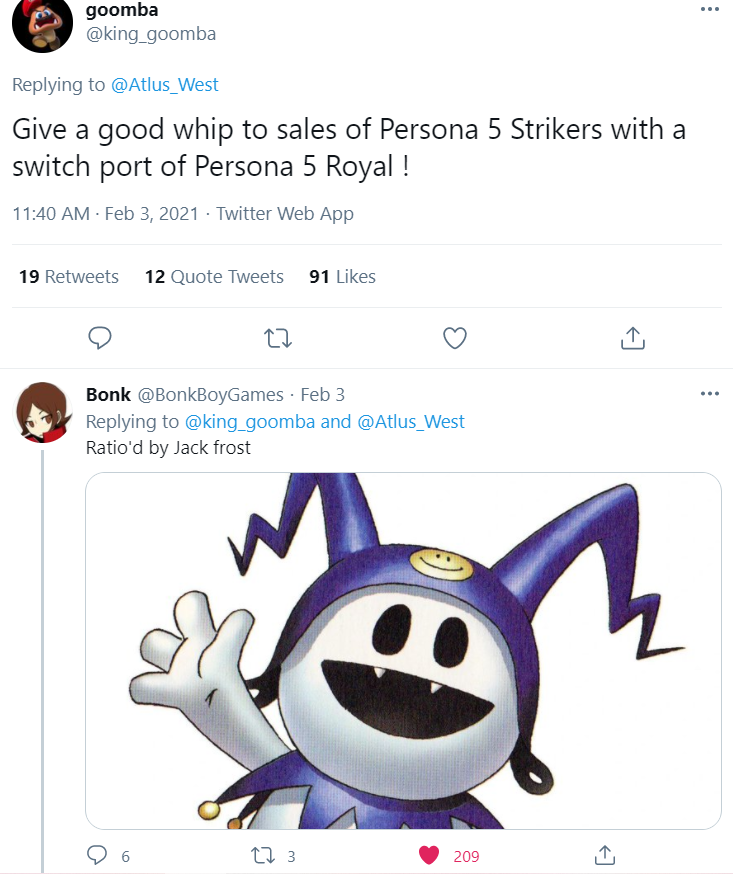