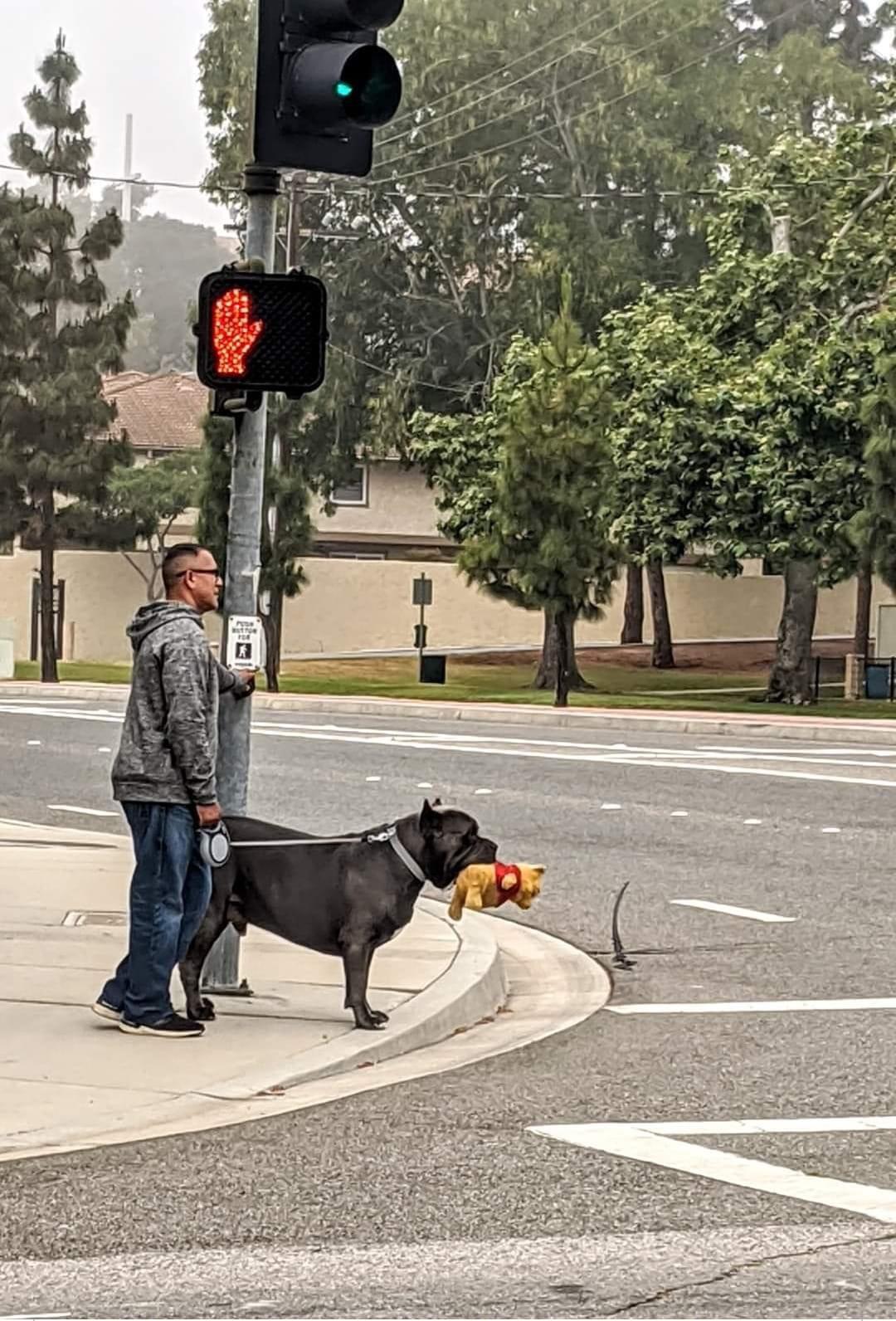 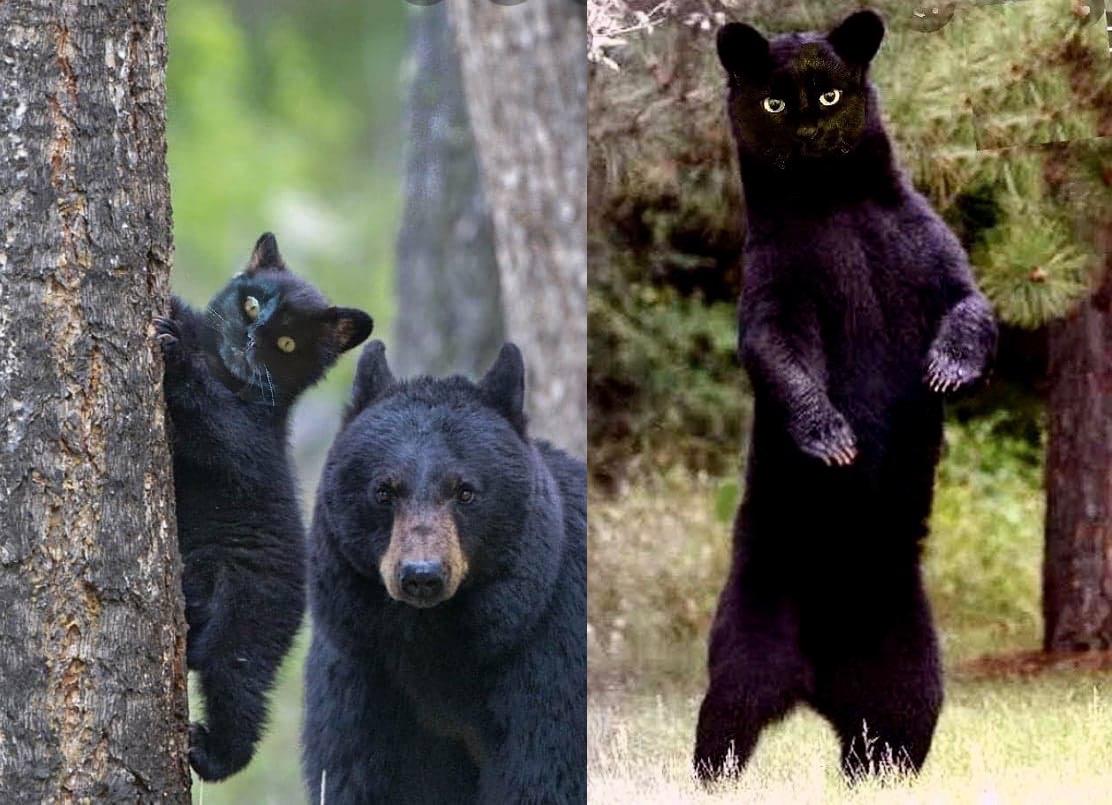 My husband and I (both 24M) love stuffed animals and toys, we have every single Pokemon Build a bear and it's been a little tradition for us to get a new stuffed animal and then a nice dinner somewhere. Just a cute date night.

When our local build a bear was open we went and got Vaporeon and jolteon (very limited amount of people in store, and mandatory masks), they had a deal buy one get one for $10, so of course we did it. The thing is, they had one vaporeon left and a bunch of jolteon.

While we're in line to get them stuffed I heard a mother complain that they didn't find any vaporeon in the bin and the worker said its first come first serve. Well, her daughter was throwing a tantrum because it's her birthday and of course saw hubs and I with one.

My husband has a short fuse so he bit his tongue while the mother came over, at first she was sweet, explaining it's get childs tenth birthday and she really needs it or she'll be screaming all night. I politely declined, giving it to the worker to stuff. The mother soon demands that we give it to her that we as adults don't need it.

Here's where we may be the asshole, I told her no again and to step off because she's too close and my husband says "Listen, I don't give a crap if your child needs it. Buy it online, you're really starting to piss me off. Do not make me say no again, it's a waste of our date time."

My husband is 6'3 and does competitive weight lifting. The woman might have been 5'4. Either way she said he didn't need to dominate her and that now her daughter will have nothing for her birthday.

My husband stands firm that we're NOT the asshole but I still feel a smidgen bad, but love my vaporeon I named Bubbles.

Added info again: my husband's not a woman hating monster. He's not violent. Worst he would have done is call the security line of the mall. Stop acting like he flexed and cracked his knuckles. Also, no we won't understand when we have kids before we're never going to. As well, we didn't buy TWO vaporeons, we bought a vaporeon AND jolteon because we already have flareon at home. Her name is Spicy btw

👍︎ 257
📰︎ r/CHIBears
💬︎
👤︎ u/TurnerJ5
🚨︎ report
Bear Grylls shows Cara Delevingne some techniques how to poop in the woods v.redd.it/zpppry0n25f61
👍︎ 13k
📰︎ r/funny
💬︎
👤︎ u/The--Weasel
🚨︎ report
There is a tribe in India that has learned to make living bridges out of ficus tree roots. The bridges take 15-30 years to complete. Mature bridges stretch 15 to 250 feet over deep rivers and gorges, and can bear impressive loads—upwards of 35 people at a time. 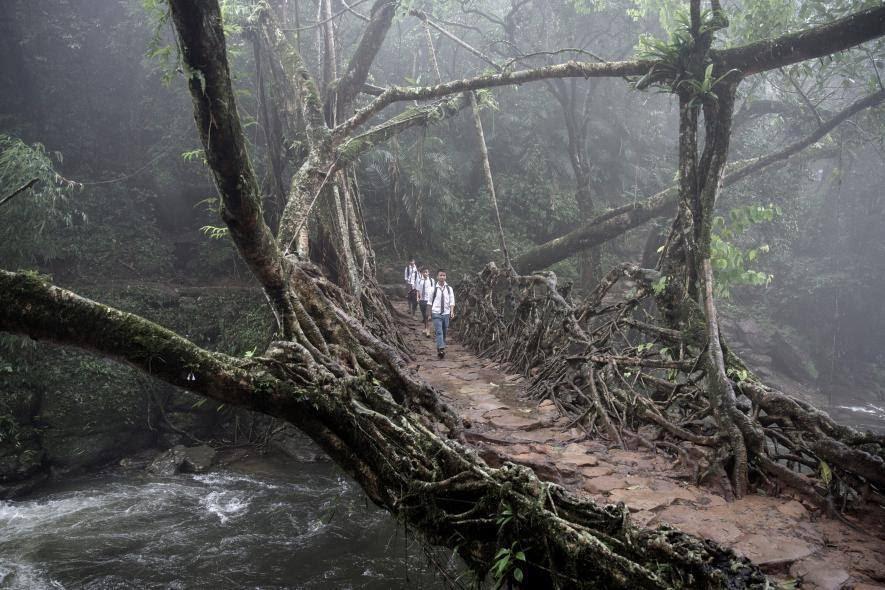 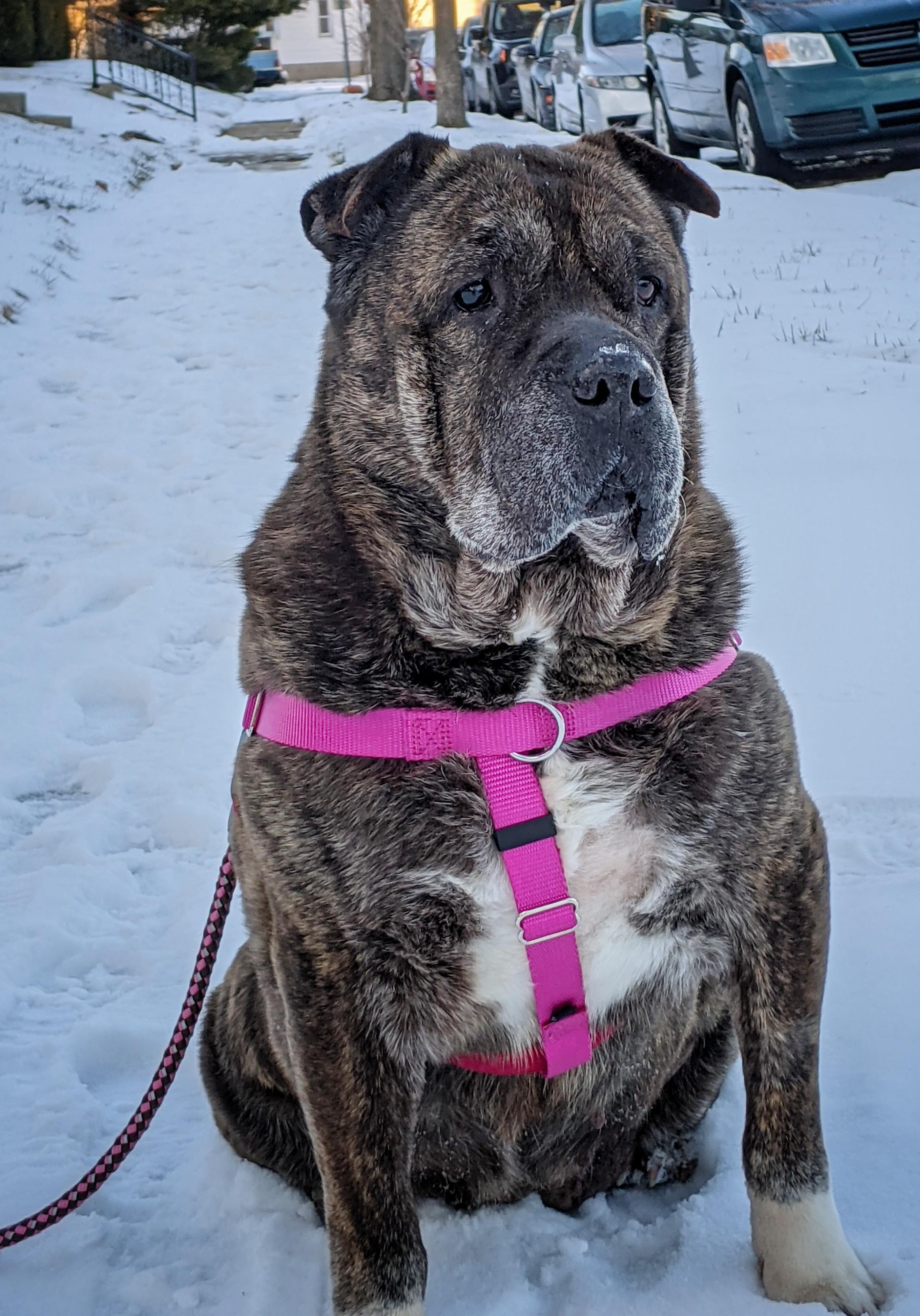 👍︎ 24k
📰︎ r/rarepuppers
💬︎
👤︎ u/MickiTakesAWalk
🚨︎ report
TIL of Canadian conservation officer Bryce Casavant, dispatched to kill a female black bear found eating from a freezer in a mobile home park. He complied with the order to kill the mother bear but got fired for refusing to kill her 2 cubs. He finally won a legal battle to vindicate his decision. theguardian.com/world/202…
👍︎ 14k
📰︎ r/todayilearned
💬︎
👤︎ u/Miskatonica
🚨︎ report
ITAP of my dog Bear 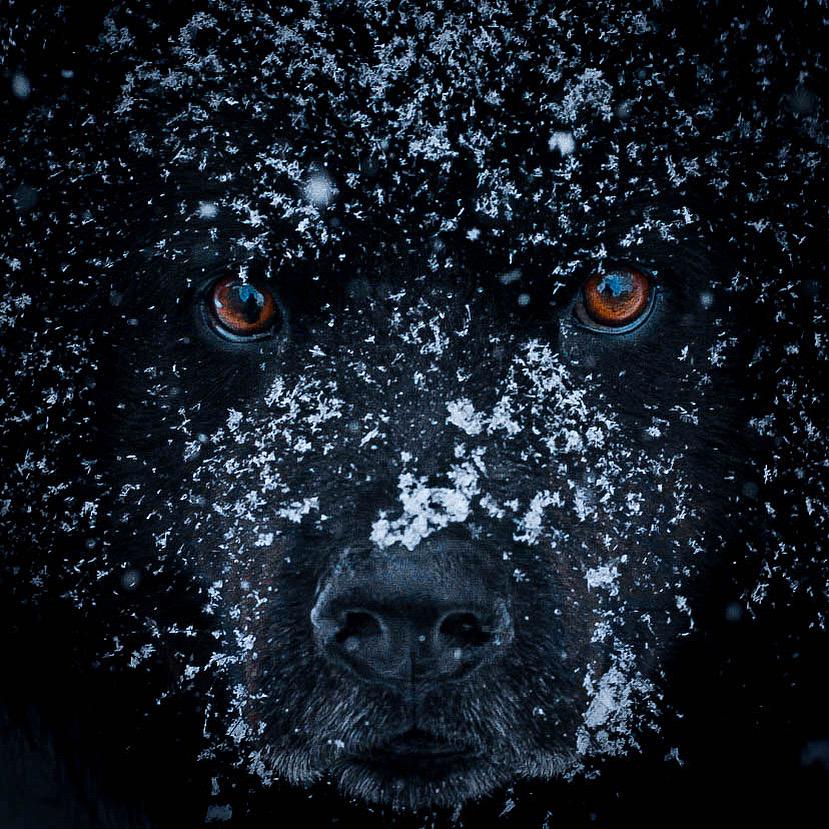 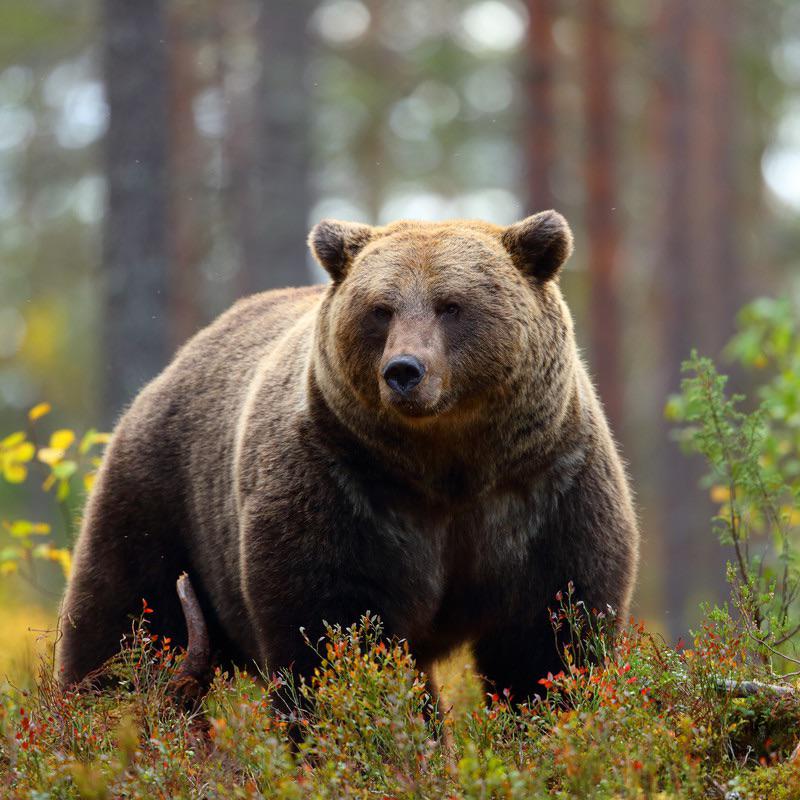 with the league going to 17 games next year looks like this is official. 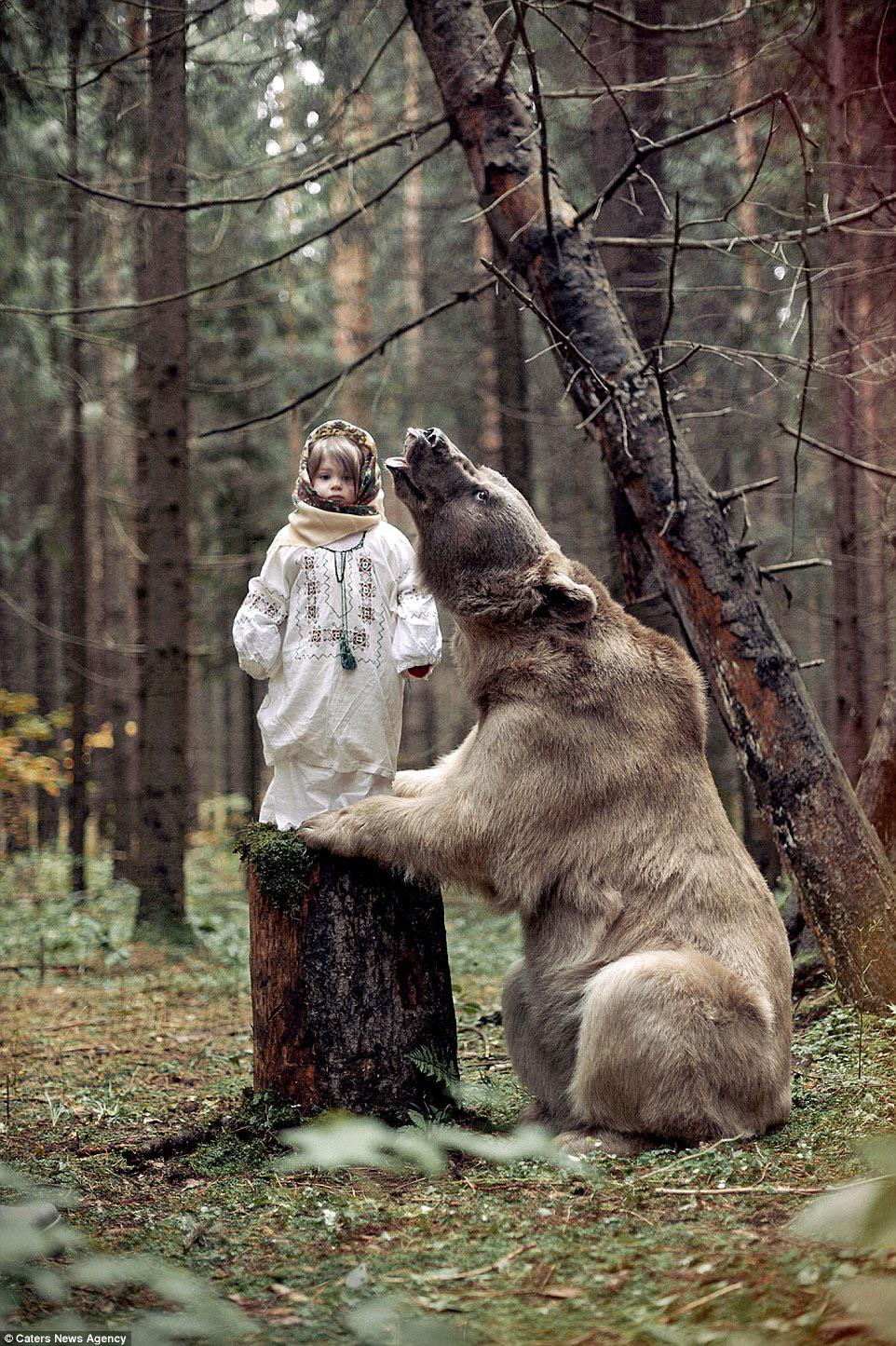 👍︎ 29k
📰︎ r/MaliciousCompliance
💬︎
👤︎ u/storymaker1235
🚨︎ report
[Leming] IF the Carson Wentz sweepstakes is down to the Colts & Bears, you better believe the reaction will be vastly different depending on who he goes to. Ballard will be “smart” if they land Wentz & Pace will be laughed at if the Bears do. It’s just the laws of the land. twitter.com/AaronLemingNF…
👍︎ 2k
📰︎ r/nfl
💬︎
👤︎ u/Dog_Lover_Yes
🚨︎ report
[Highlight] 10 years ago today: 338lb DT B.J. Raji does a little dance after picking off Caleb Hanie and returning it for a touchdown, sealing the Packers' win over the Bears in the NFC Championship Game and sending Green Bay to Super Bowl XLV streamable.com/b7ng1p
👍︎ 7k
📰︎ r/nfl
💬︎
👤︎ u/U_R_A_BoldOne
🚨︎ report
Bear's first snow! reddit.com/gallery/lfcwyr
👍︎ 12k
📰︎ r/cats
💬︎
👤︎ u/Heisenbaker
🚨︎ report
[Week 17] Game Thread: Green Bay Packers @ Chicago Bears 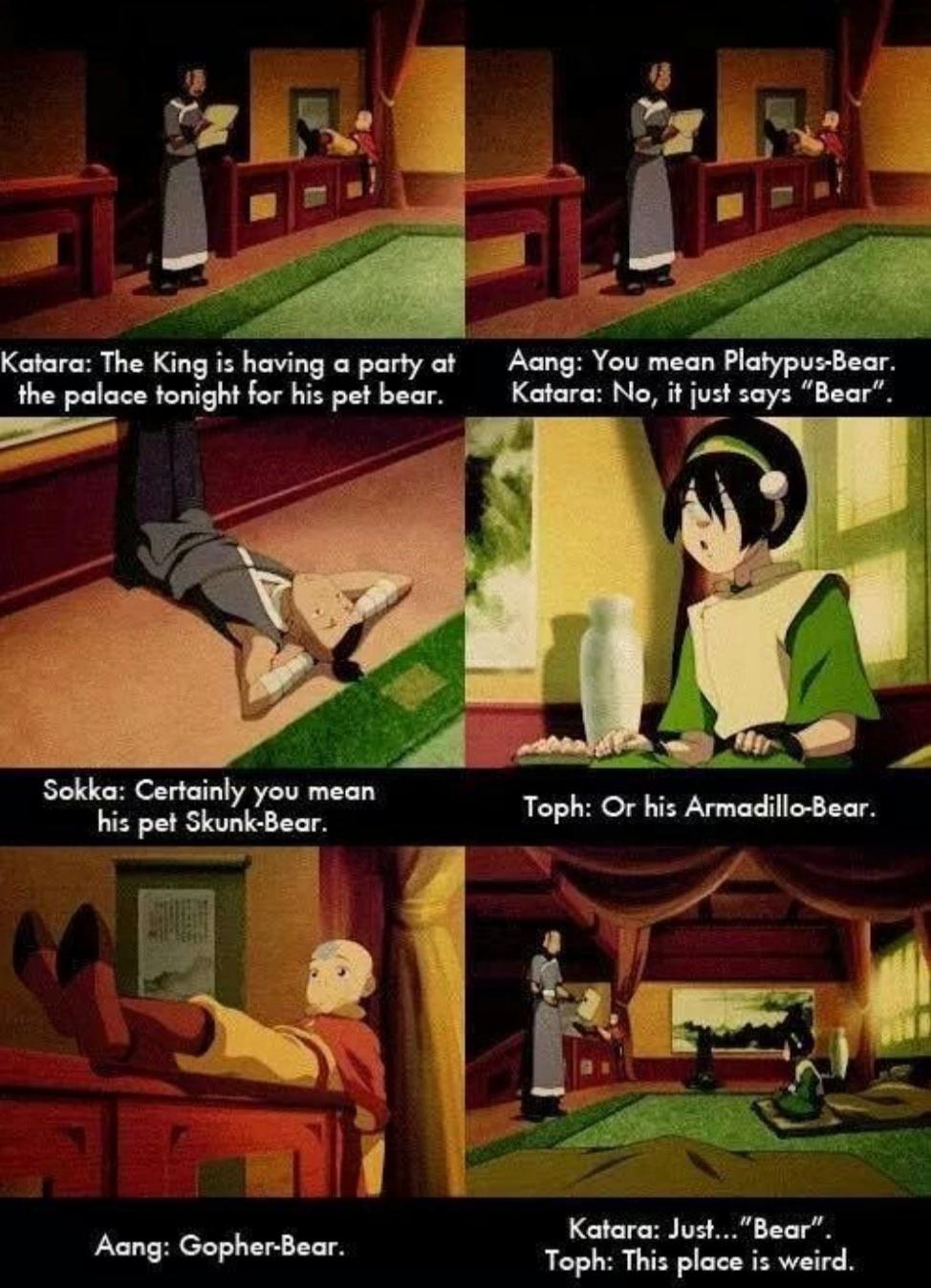 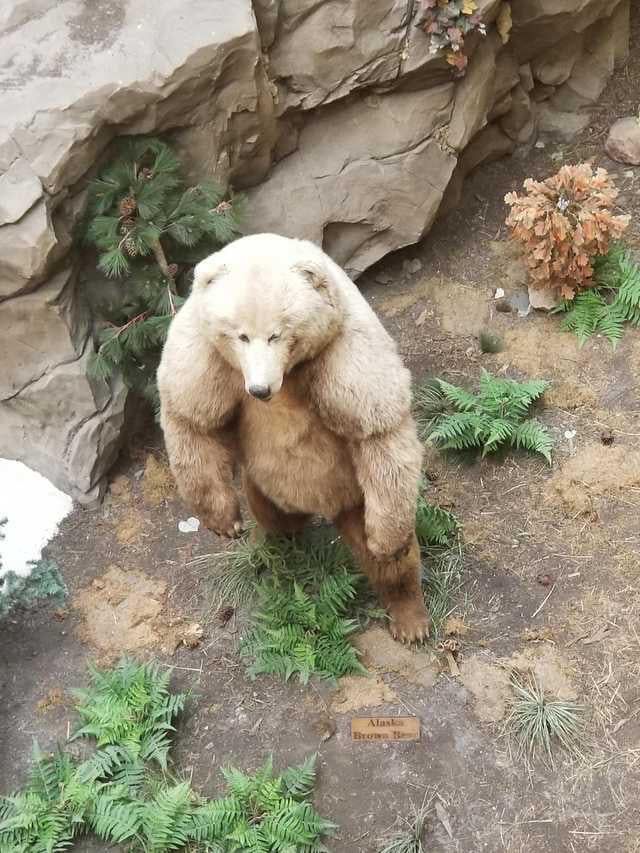 👍︎ 18k
📰︎ r/AbsoluteUnits
💬︎
👤︎ u/sobbobo
🚨︎ report
Do you ever start reading a book but don't get hooked so you want to read a different one but can't because you haven't finished the current one so you have to drag yourself to finish it because you just can't bear to DNF a book?

I started the year on a fantasy-romance high with 'The Shadows Between Us' and after looking for suggestions from r/suggestmeabook I followed it up with Uprooted. Turns out the romance is basically a side plot and I've been dragging myself to read through it so I can get to the romance part (if there even is). This doesn't mean the book's boring or the story's bad - it's actually pretty good and I'll probably enjoy it more if I wasn't in the mood for something more romance-centered.

Ever read a book which made you feel like this?

EDIT: Read a lot of comments giving advice and I'd just like to say thanks for making me lose guilt over not finishing a book (and y'all did that in just an hour!). I see some people have had to figure this out on their own. I'm lucky to have been assured immediately on my first time experiencing this!

UPDATE: I DNF-ED IT WOOO AND ALL MY GUILT AND HESITATIONS ARE GONE THANKS TO Y'ALL WOOHOO All of us who struggle with the same problem would like to thank y'all so much!

EDIT: Jwu and this blew up! Thanks for the awards! I'll try to read through all the comments sometime and hopefully this post and the comments helped a lot of people! 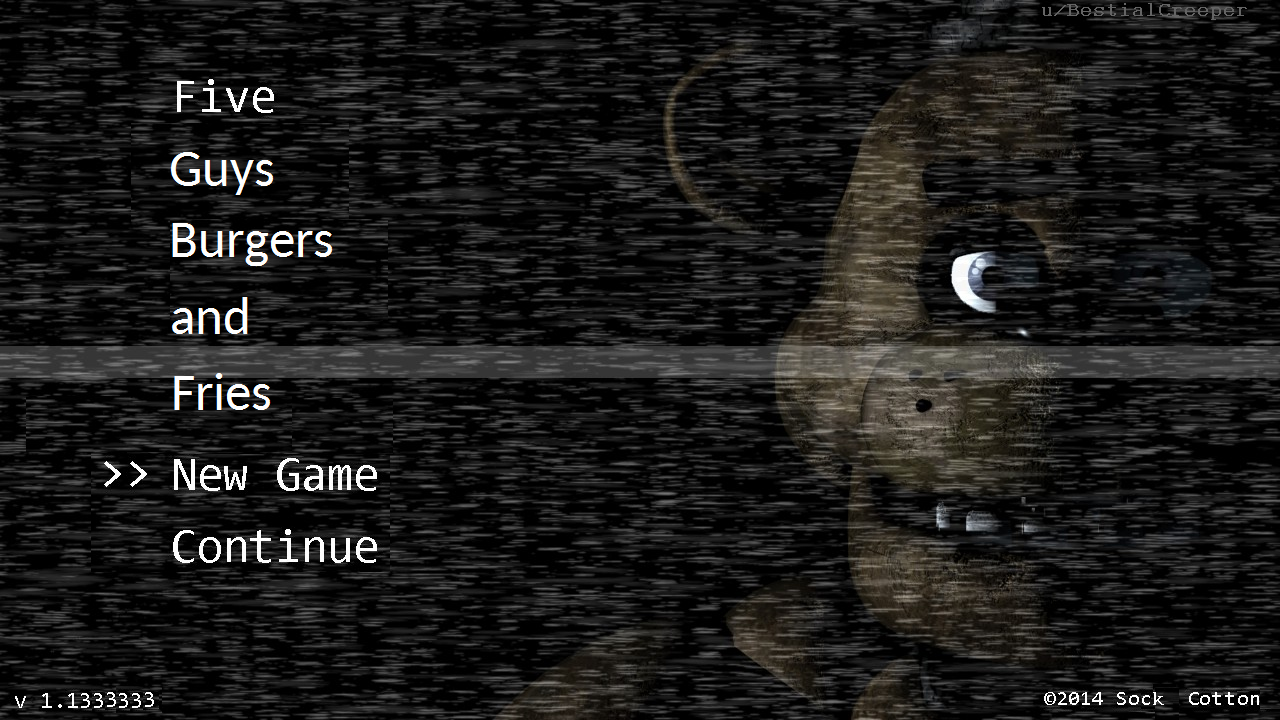 So some background; I (22 MtF girl) had been dating this guy for over a year (26M) we generally really get along and he has been really understanding, or so i thought. I also had a friend named Hasan, who i was really close with, but who we lost 2 years ago due to sudden heart issues. Him and i were extremely close and bought each other's gifts on the 14th of Febuary, despite not dating, it was kind of a tradition between us. Well the last time we could do this, he gave me a little teddy bear that he won as a prize, and it meant a lot to me, so i kept it where i slept.

So on to the story, my boyfriend was in my house looking around for present ideas as the 14th is approaching, he saw the teddy bear and asked why i had a teddy bear despite being 22. I explained the story behind it and how much it meant to me, cause it was a memory i was very fond of, from someone i really loved. Well my bf didn't take it well. He started screaming and asking if i was still in love with a dead person. I told him that he was being jealous and unreasonable.

Well lo and behold, the next day i come to my house, he was also there, and HE THREW MY PRESENT OUT. I was furious, i was screaming that he was an inconsiderate AH. He said that i was overreacting and he was justified cause it made him feel unwanted. I barely talked to him in a week and i think i might have overreacted and i should apologize cause now i'm feeling really bad.

edit: thank y'all for the emotional support, i am planning on talking to him and while i do still feel bad cause i might have hurt him, i am reconsidering the relationship.

I was most surprised by the Hawks with Russell!