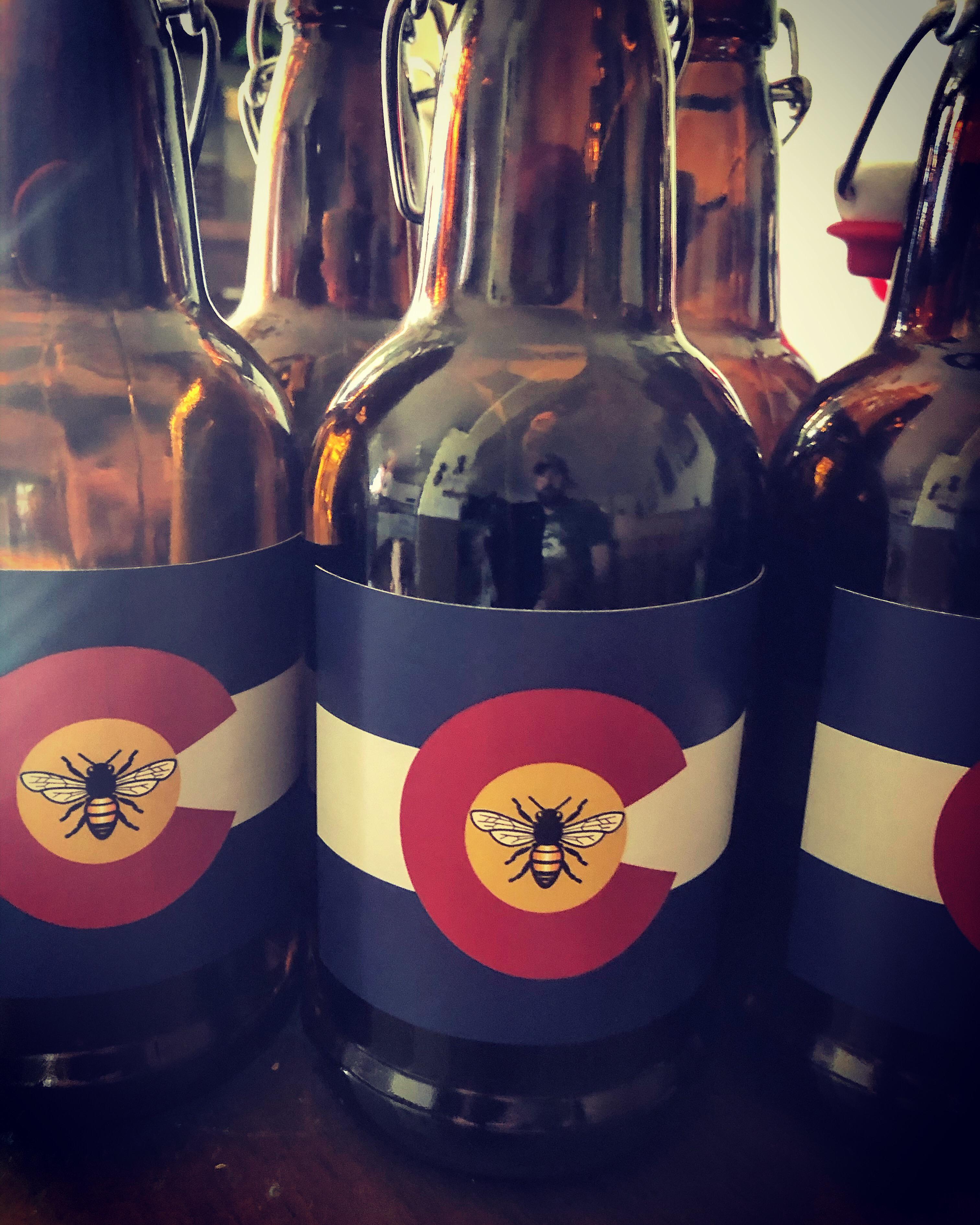 👍︎ 43
📰︎ r/mead
💬︎
👤︎ u/chefantknee
🚨︎ report
Picture for the cute tax. Best hay or hay alternatives. Turns out I'm super allergic to timothy and alfalfa hay. Buns are here to stay, but I also like breathing. Any advice is welcome 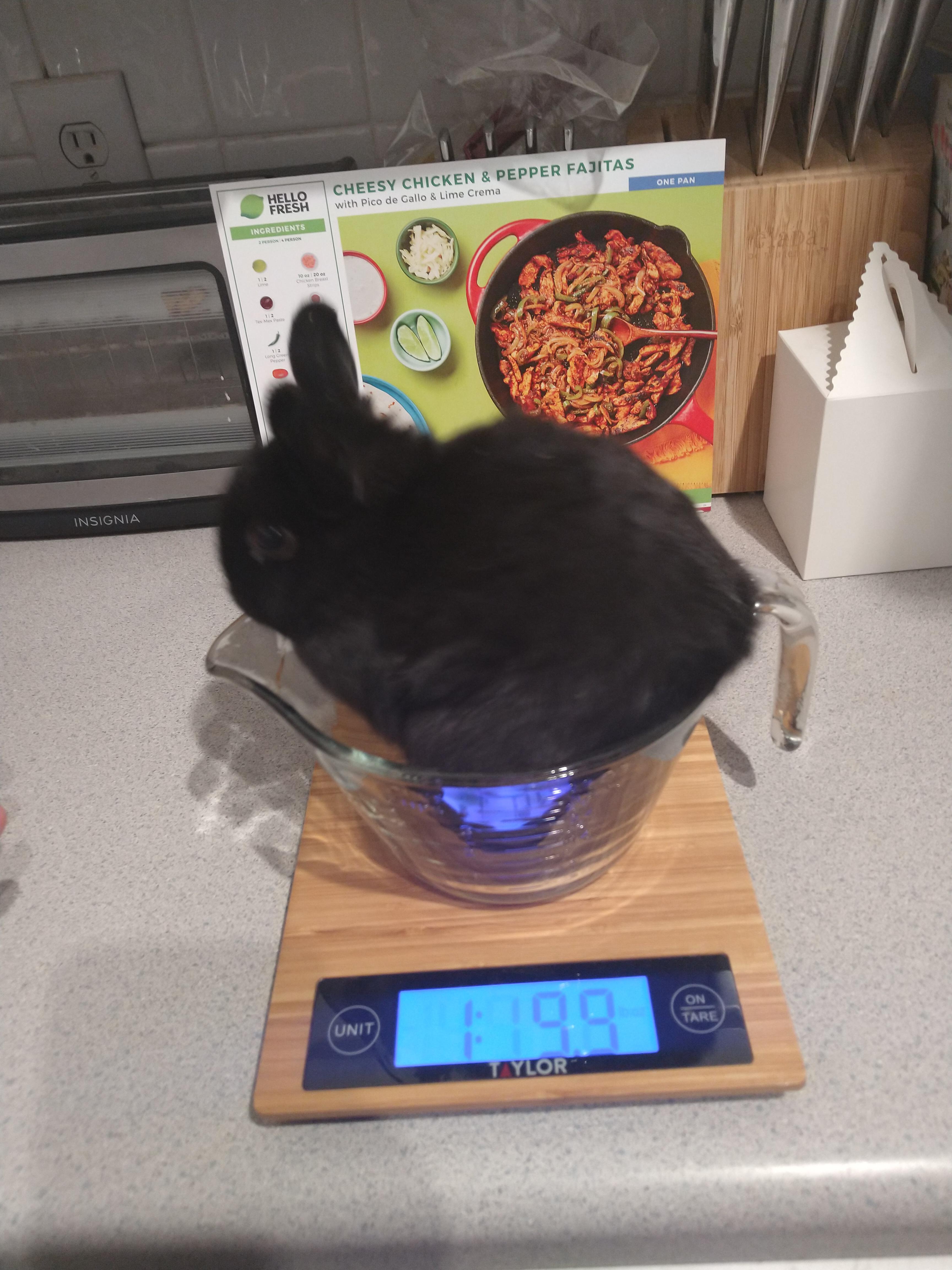 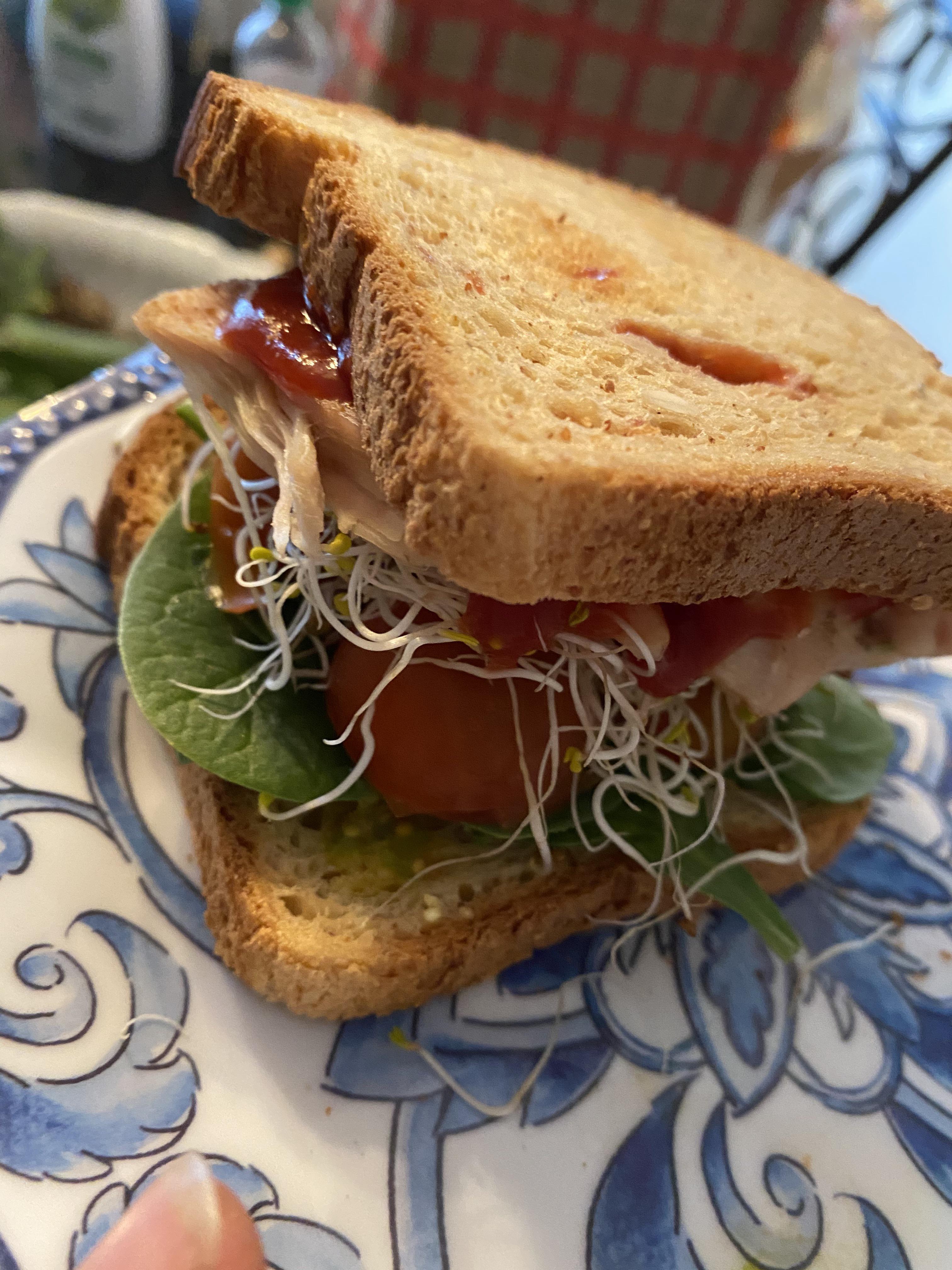 👍︎ 83
📰︎ r/FODMAPS
💬︎
👤︎ u/jdorazio
🚨︎ report
Could anyone help me identify the browning on the tip on the leaf here? It’s planted in 100% coco coir with some alfalfa,vermiculite and a small amount of all purpose 4-4-4 organic fertilizer. Just starting showing this on leaf tip

Hi! To give some context for my concerns, I recently (1 week ago since writing this post) brought a new young Mini Lop rabbit that’s 8 weeks old home, and where I live it’s very difficult to get local and brand-new alfalfa, and just hay in general so at first I fed her regular Timothy hay with alfalfa hay pellets with her greens. (About 1 1/2 handfuls of greens, 1/4 pellets I’d estimate)

Yesterday I found alfalfa hay online and ordered it to feed for my Freja, and I fed her it for the first time. She seemed to like it a lot, but now the issue has come up; Me and my boyfriend notice that her poops have gotten smaller and darker.

We got concerned and looked it up, and I got the scare for possible GI stasis symptoms,, but they didn’t really seem to add up since my bunny is a very social one. She runs around everywhere in excitement, eats everything she is given and greets us every time we step through the door. She is an indoors free-roaming bunny, and she is still getting used to her new place, but we can clearly tell that she feels right at home. Freja also poops EVERYWHERE (she’s still getting litter box trained) constantly, so perhaps it could be the first state of GI stasis,, but I also suspect that I might’ve been feeding her too much protein and probably too much fruit since I’ve been trying to teach her the important stuff and been rewarding her a lot.

I haven’t been giving her any processed food/snacks with pellets being an exception, and she mostly snacks/eats parsley being her favourite with occasional cubed apple and banana.

She drinks water a lot, having a ceramic bowl standing in her little pen area in which she hangs around a lot.

She isn’t neutered or vaccinated yet, I’ve been looking into saving money up until she turns 5 months, so litter box training has been a little tricky because of her territorial instincts.

Sorry that this is so long, but I’ve been really concerned for her since we noticed her poops got dark and small this morning. Sources say that this could be caused by stress/too much protein and that limiting this should make those poops get back to normal. However I really can’t help but panic, knowing how young Freja actually is and how deadly GI stasis can be. 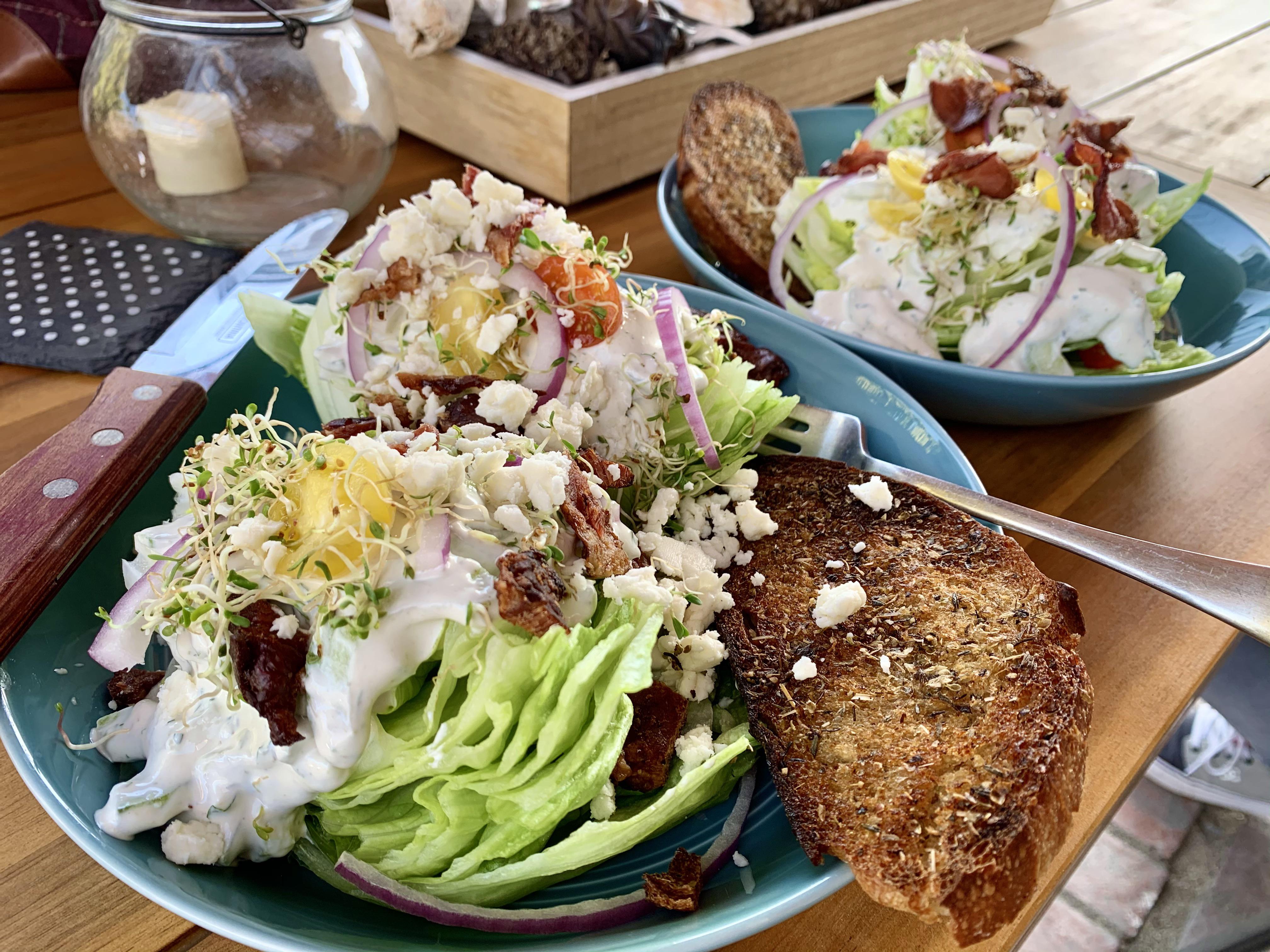 👍︎ 29
📰︎ r/food
💬︎
👤︎ u/allsgoodd
🚨︎ report
Foraging box with alfalfa hay reddit.com/gallery/l0yute
👍︎ 97
📰︎ r/cockatiel
💬︎
👤︎ u/liilbr33zy
🚨︎ report
They figured out the door handle so they could get at those sweet, sweet alfalfa pellets. Now we have to keep the deadbolt locked. 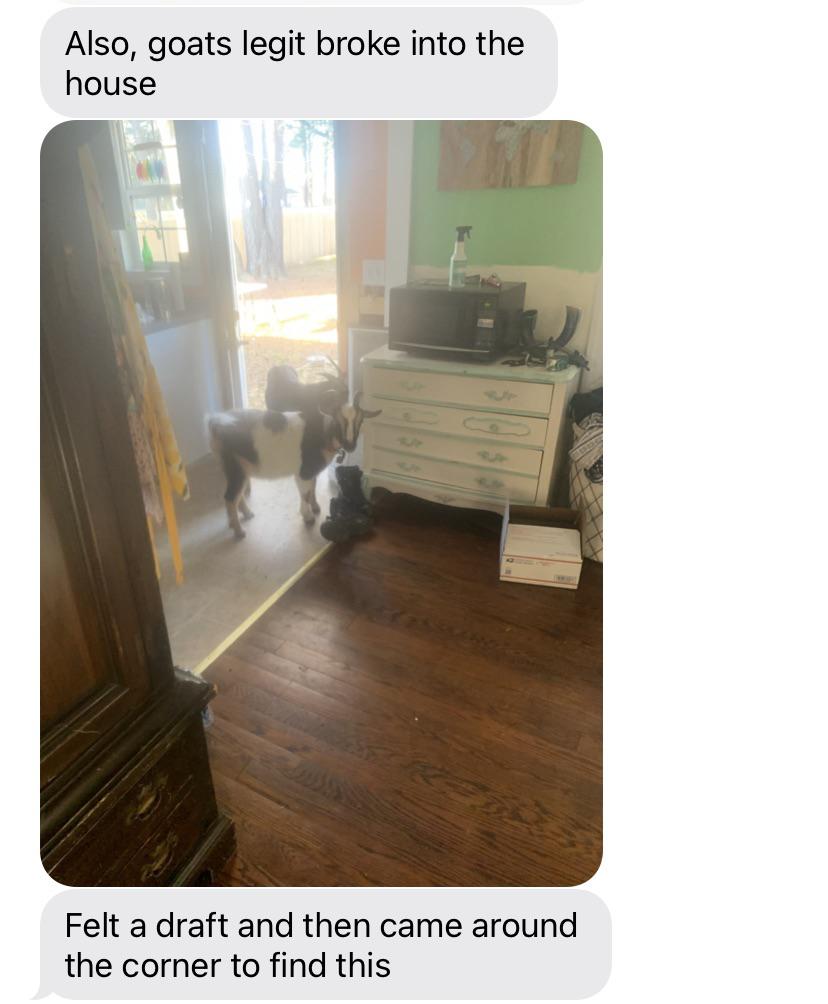 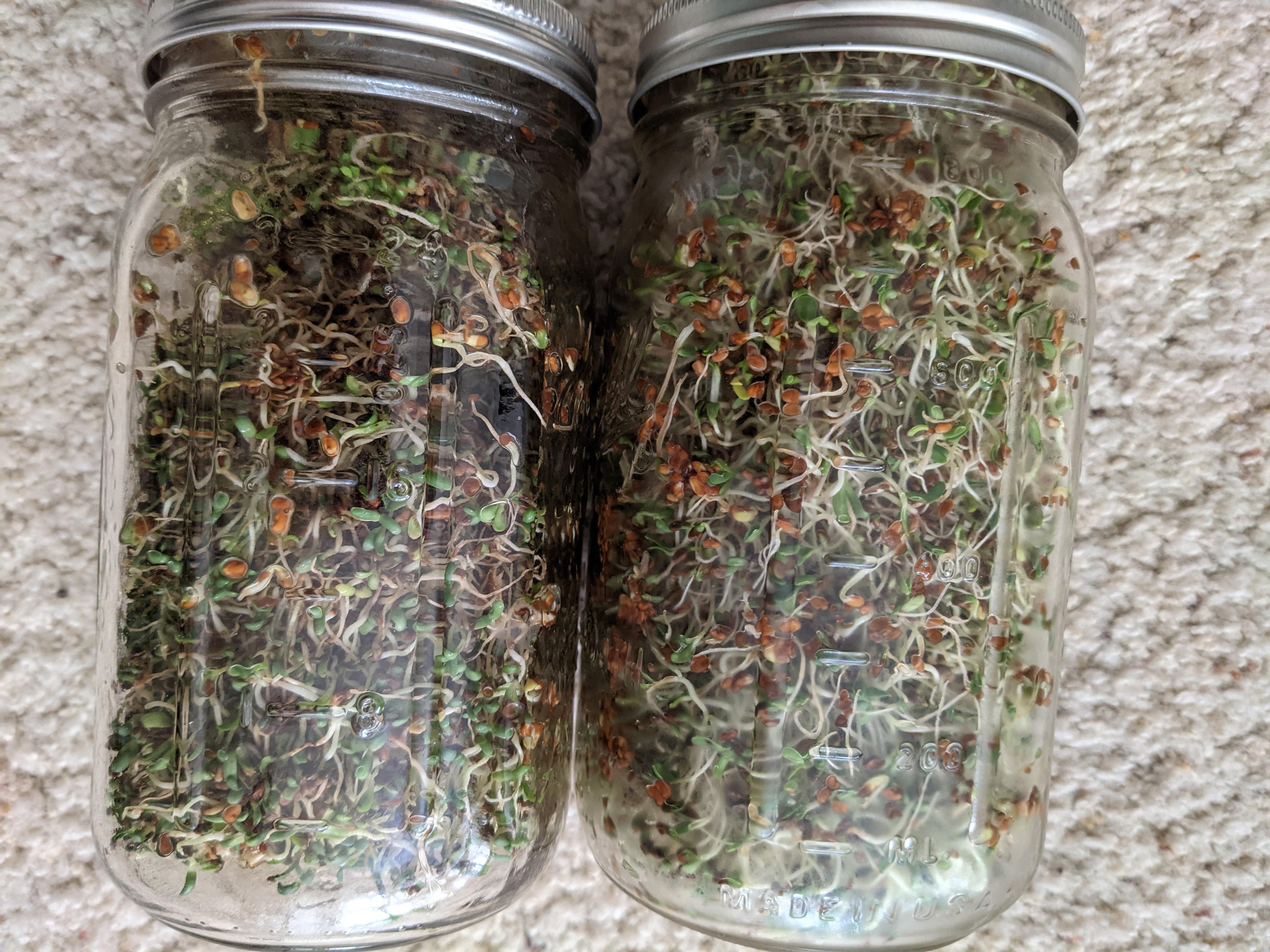 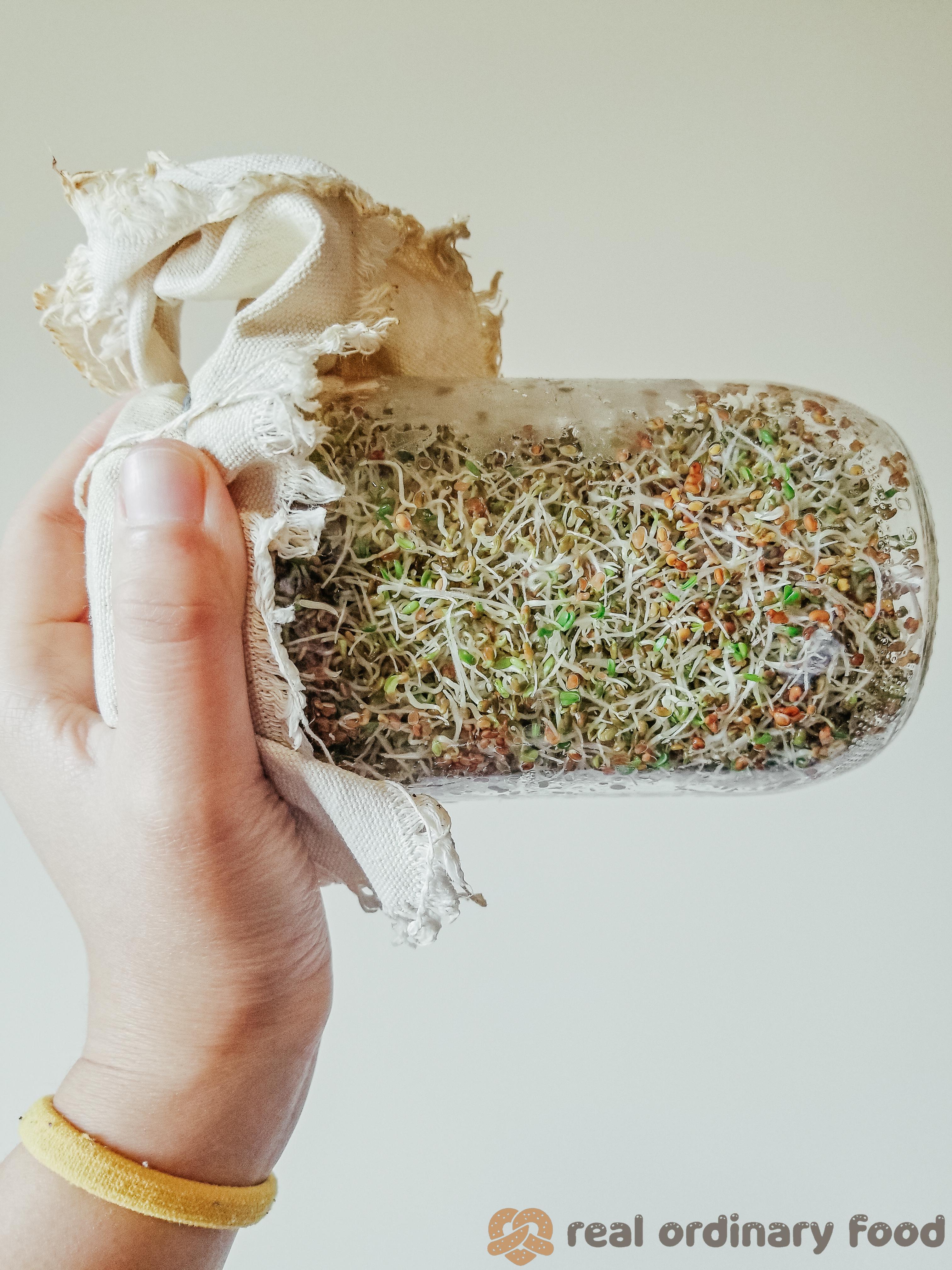 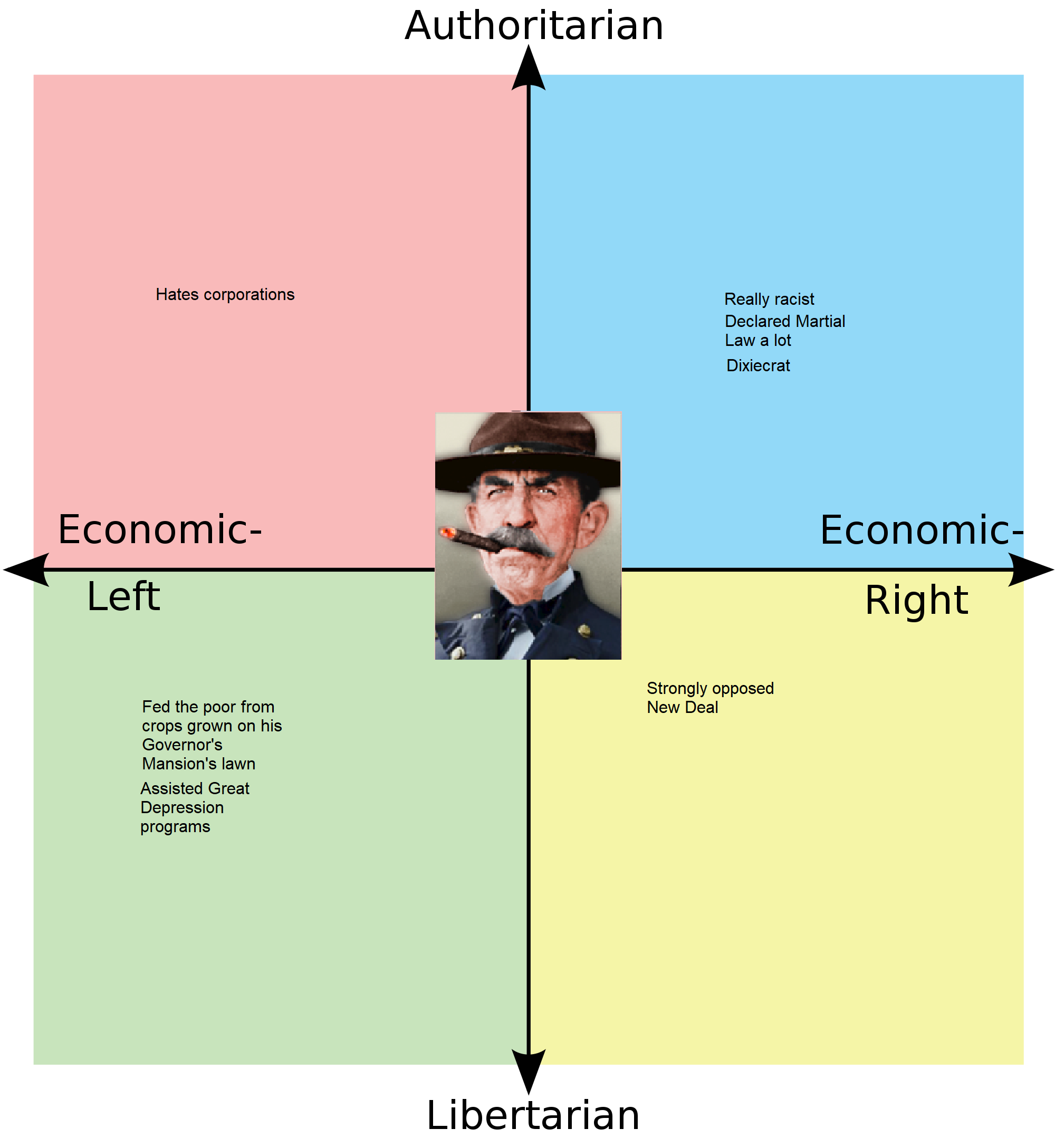 I bought an 8 week old holland lop the other day from a breeder. I took it to the vet the morning after getting him to find out he has an upper respiratory infection (URI), so he’s currently on antibiotics. He came with some pellets but they’re not meant for a young rabbit and I was trying to transition him to the oxbow young rabbit. He refuses to eat it. He also ONLY eats alfalfa and won’t eat Timothy hay or orchard grass. Since he’s severely underweight I’ve also been trying to give him dry Timothy hay based treats to ensure he’s getting something. He’s got lots of toys and room to play but doesn’t seem interested in anything? I’ve tried stuffing treats inside Timothy hay balls or a Timothy based house and he doesn’t really care. I’m also currently giving him oxbow critical care while he takes his medicine to hopefully help him gain weight. Are there any recommendations to help him eat Timothy hay or the new pellets? He can’t live in alfalfa forever and doesn’t seem very willing to try new things. Pls help

My bunnies only only eat alfalfa hay. Anything alfalfa based. Pellets alfalfa and hay too. The oxbow brand. This makes it so hard. They eat nothing else? Theyre together two of em and theyr elike 7months old. Theyre finally adults and I’m supposed to switch to timothy hay based pellets, they hate it, even the hay they don’t touch, this led to them not eating the whole day, and they get salads twice a day, they cry for that, chase me all over for fruits! But its so sad :( my bunnies don’t enjoy food if its not alfalfa. Ive tried everything, orchad hay, mixed hay, mountian, 3rd cut, 2nd cut, western timothy hay. They don’t come near it! Ive mixed it up, nope. And theyre poops came out tiny one day and sticky i knew its cause both of em skipped food the whole day, so I’m so confused? What can i do? Should i stick to timothy hay and pellets only? Can i not move back to alfalfa based? Pls let me know! Thanks :)

Do you have to bale alfalfa to use it or can you store it in a shed, also can you do it with a harvester or mower or both? Also do you need to replant alfalfa every year once harvested?

👍︎ 2
📰︎ r/farmingsimulator
💬︎
👤︎ u/Willows242424
🚨︎ report
First run in these 15 gallon pots, day 10 of flower. I have a mulch layer of alfalfa hay and I've been adding leaves I prune. My soil seems to stay pretty wet. I was using a gallon per pot and then I got fungus gnats, fought them off and I really don't want to over water....more info in comments reddit.com/gallery/kxf7qx
👍︎ 4
📰︎ r/NoTillGrowery
💬︎
👤︎ u/BringOrnTheNukekkai
🚨︎ report
Is alfalfa hay essential for a baby rabbit?

We will be picking up my mini pop on Sunday and I wondered what your opinion is on this. Everywhere I read alfalfa hay was recommended but the breeder told me she doesn’t feed the baby buns alfalfa hay as it’s already included in the pellets. Instead she recommended a mix of meadow and Timothy hay.

I’m so confused! What do you think?? 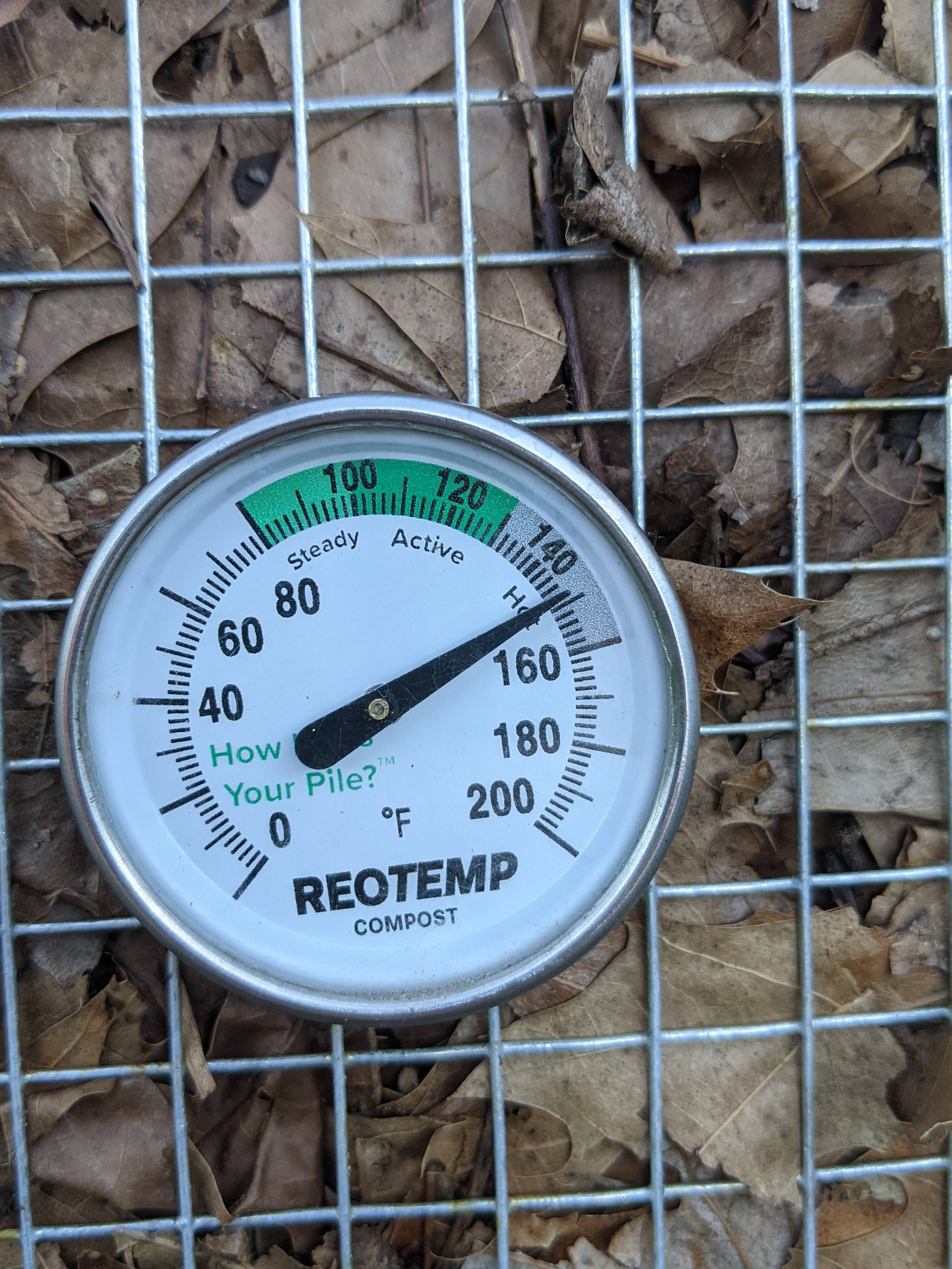 👍︎ 78
📰︎ r/composting
💬︎
👤︎ u/Stands_While_Poops
🚨︎ report
I don't know how to function today so here is some pain art from 2020 that my sister calls alfalfa. I want to say more but it's hard for me to type because the pain is in my hands so I wish you all relief.

👍︎ 20
📰︎ r/ChronicPain
💬︎
👤︎ u/graceoozer
🚨︎ report
Some bunny turned 1 year old today. 😍🐰 He’s not a fan of party hats but does love a good alfalfa cake. 😂 Happy Birthday Teddy Bun!! We love you. 😍 reddit.com/gallery/llkv33
👍︎ 21
📰︎ r/Rabbits
💬︎
👤︎ u/Ted_Bunny_2020
🚨︎ report
my mom bought me a “vegetarian sandwich” from marie calendars but it’s literally just a croissant with alfalfa sprouts and cheese :<
👍︎ 5
📰︎ r/teenagersnew
💬︎
👤︎ u/h3llo_k1tty4
🚨︎ report
My baby bunny just pooped like this. I’ve only given it alfalfa hay and some pellets. How can Inhelp him? 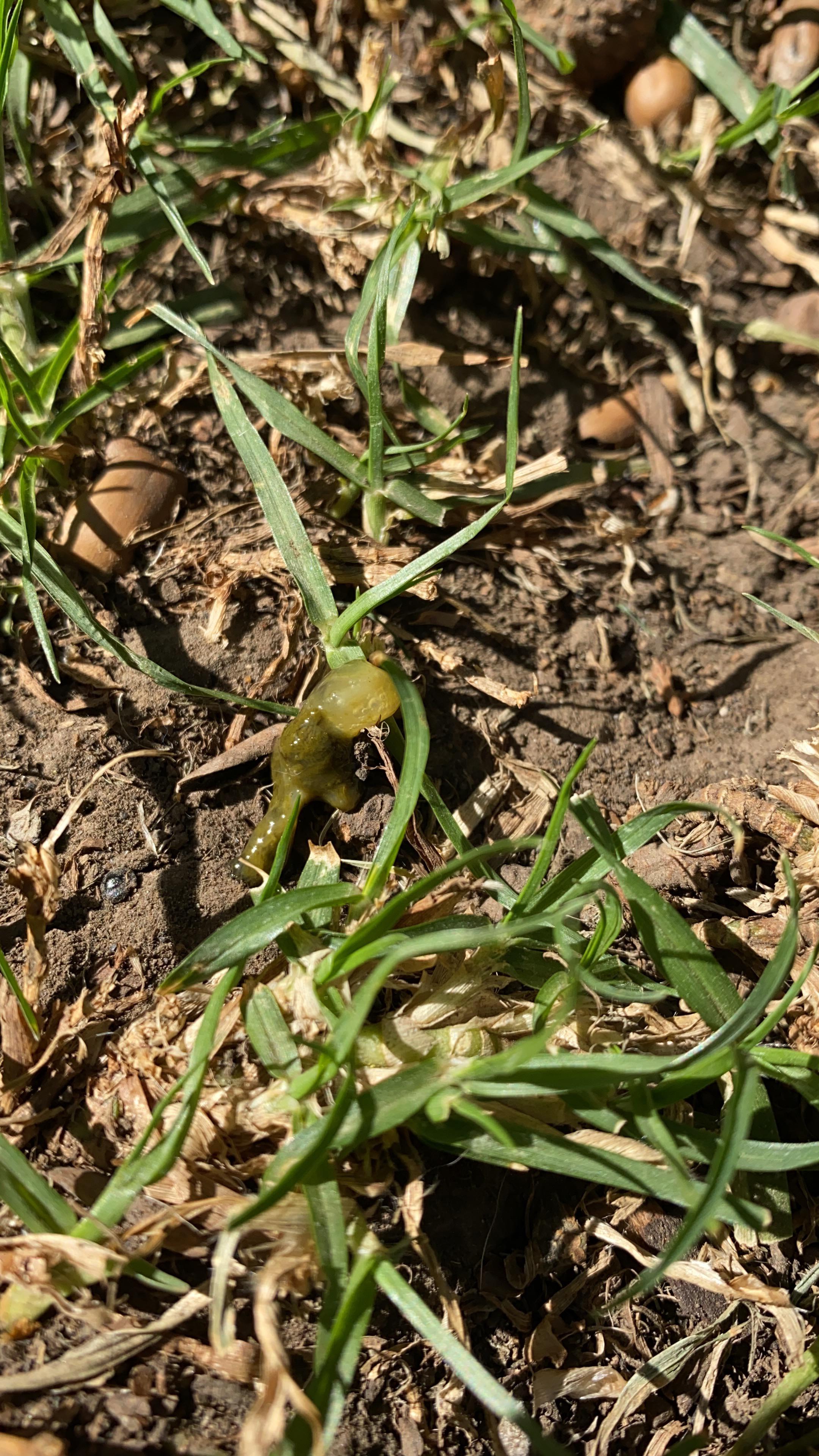 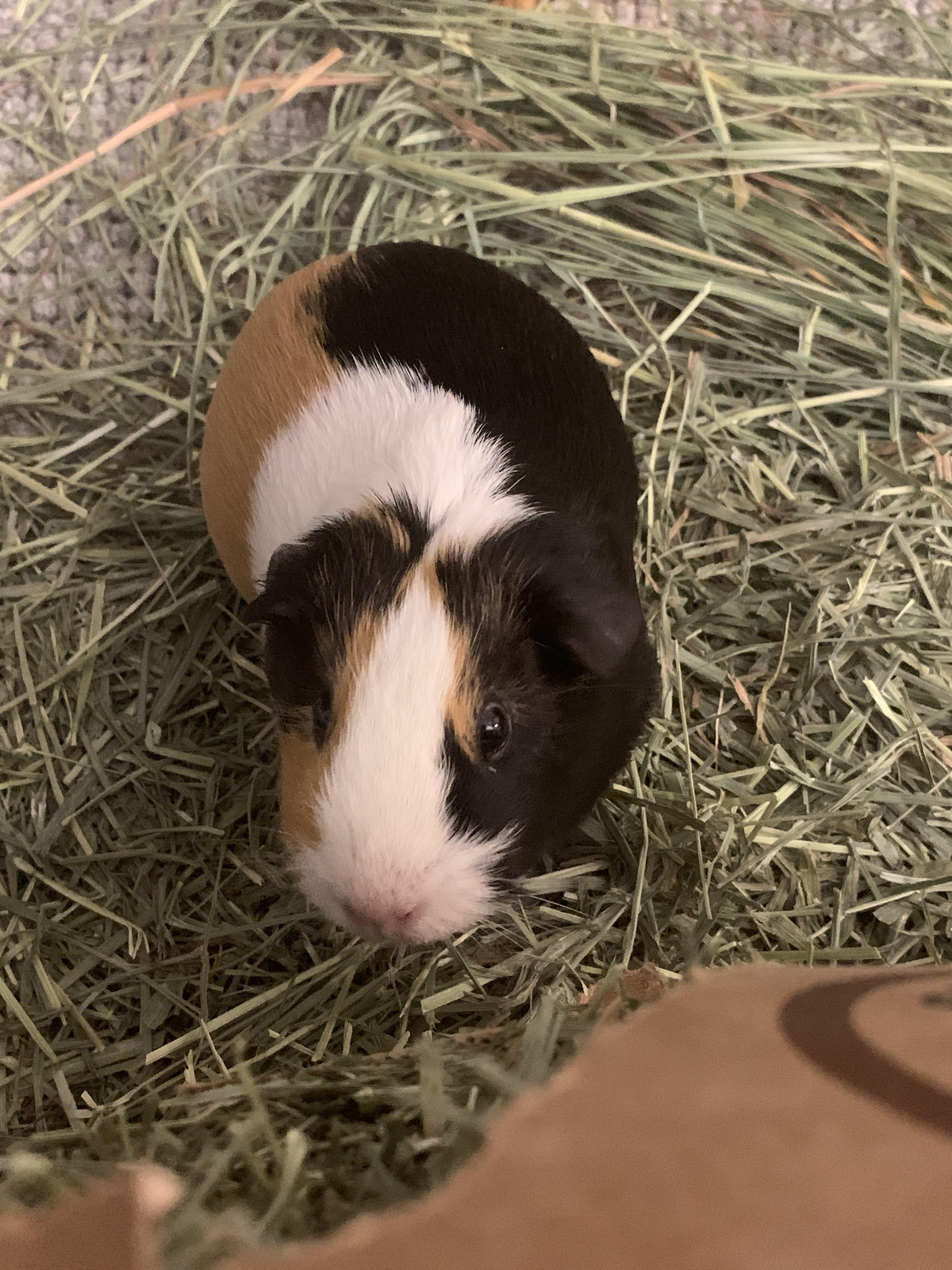 👍︎ 25
📰︎ r/guineapigs
💬︎
👤︎ u/UnlikelyDensity
🚨︎ report
And the clouds opened up and God said: "I hate you Alfalfa." 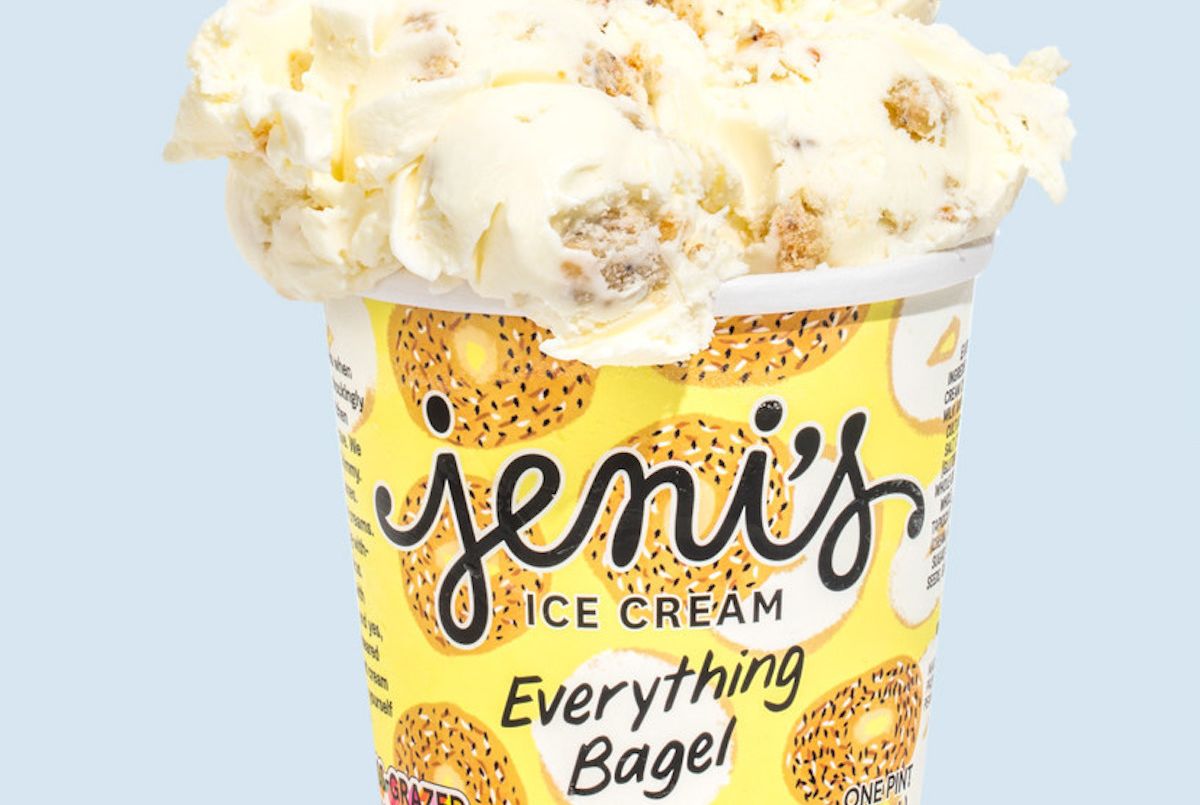 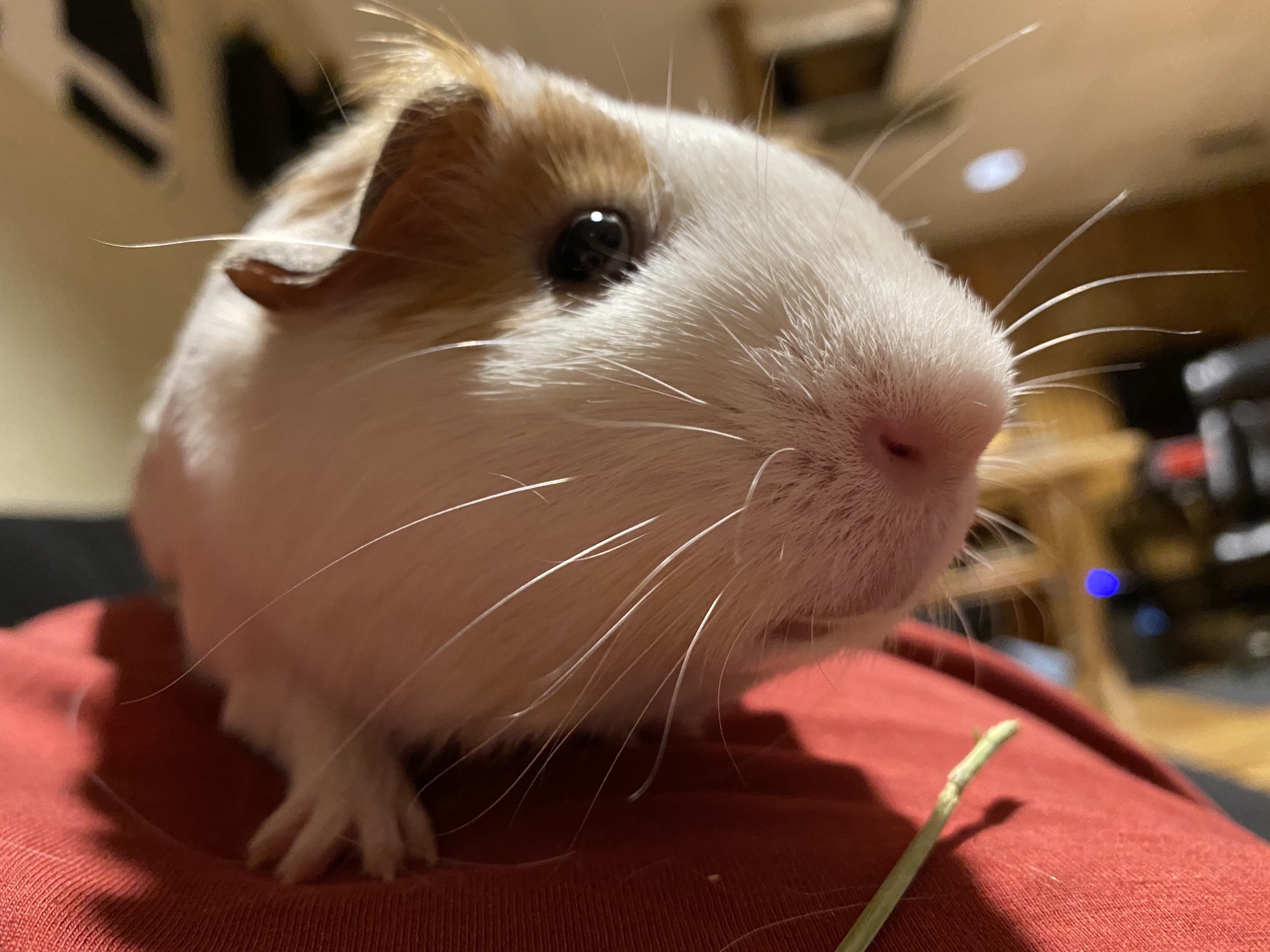 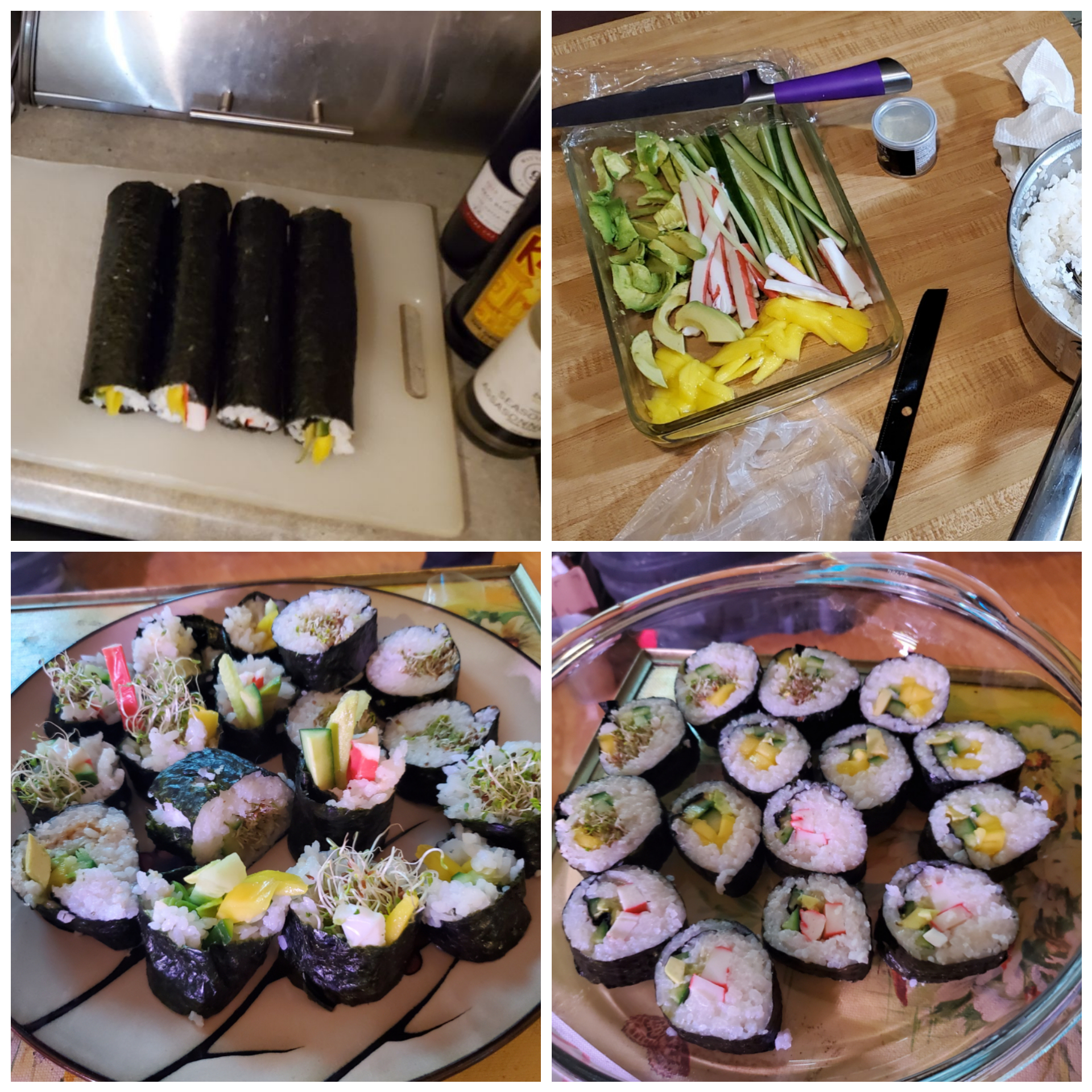 👍︎ 22
📰︎ r/food
💬︎
👤︎ u/Jojo7717
🚨︎ report
First timer alfalfa, too many seeds? 😅 reddit.com/gallery/kudpnd
👍︎ 59
📰︎ r/Sprouting
💬︎
👤︎ u/vislabak
🚨︎ report
Our girl has a congenital wart on the top of her head that causes a tuft of hair to stick up, we call her an alfalfa sprout, which we think is heckin cute. We hope you agree! 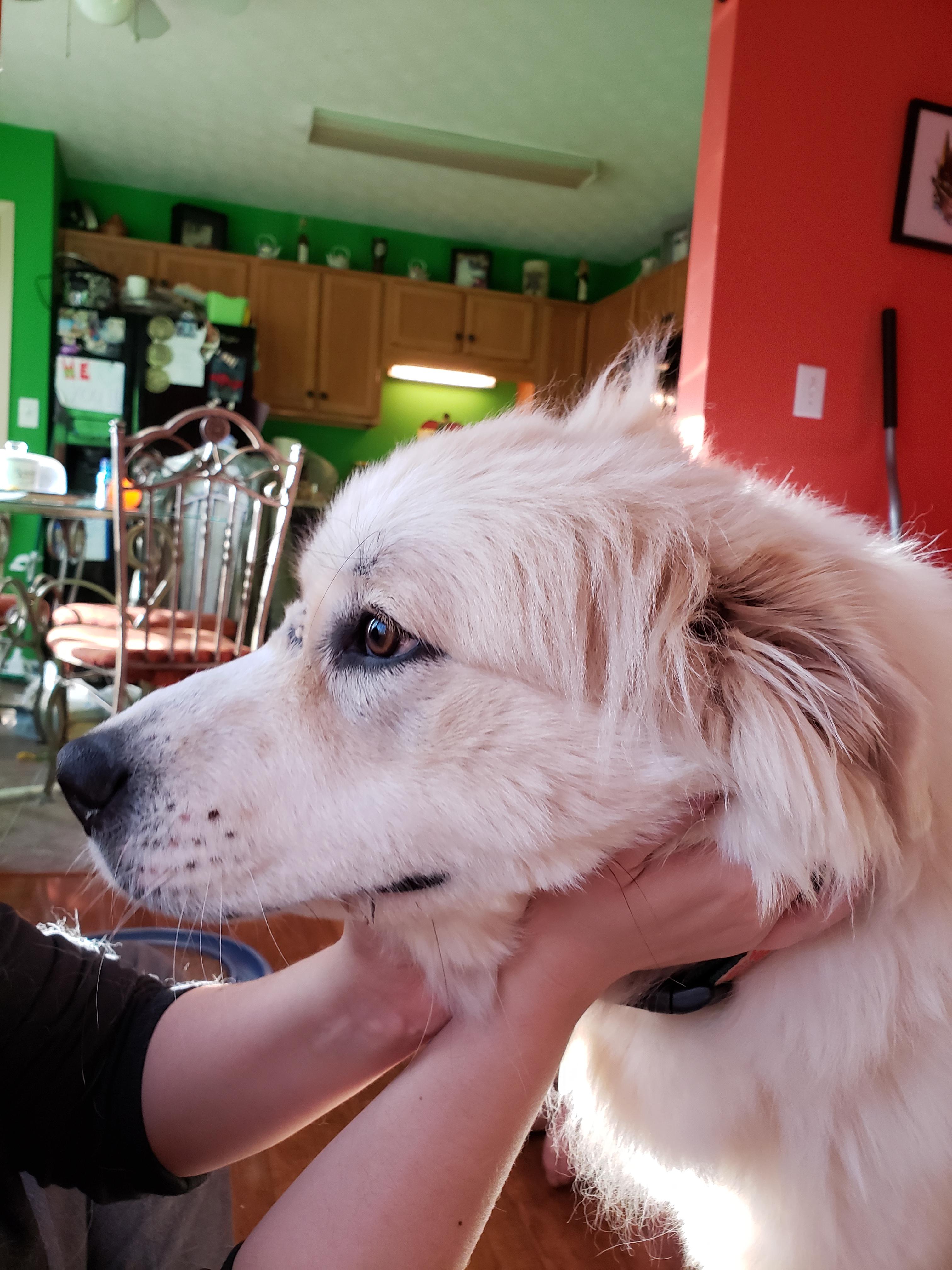 I have alfalfa sprouts seeds.. can i grow them as micro greens instead?

I've been having a hard time finding these. I've tried Walmart, Zehrs, Vincenzo's, and T&T so far. Thanks in advance.

Hi, I am finding it very difficult in my area to get straw to use as a mulch. In the pet store, they do have organic, non-gmo barley and alfalfa hay combined. would it be possible to use this a mulch, as i don't see much difference besides retaining some organic matter and potentially seeds? 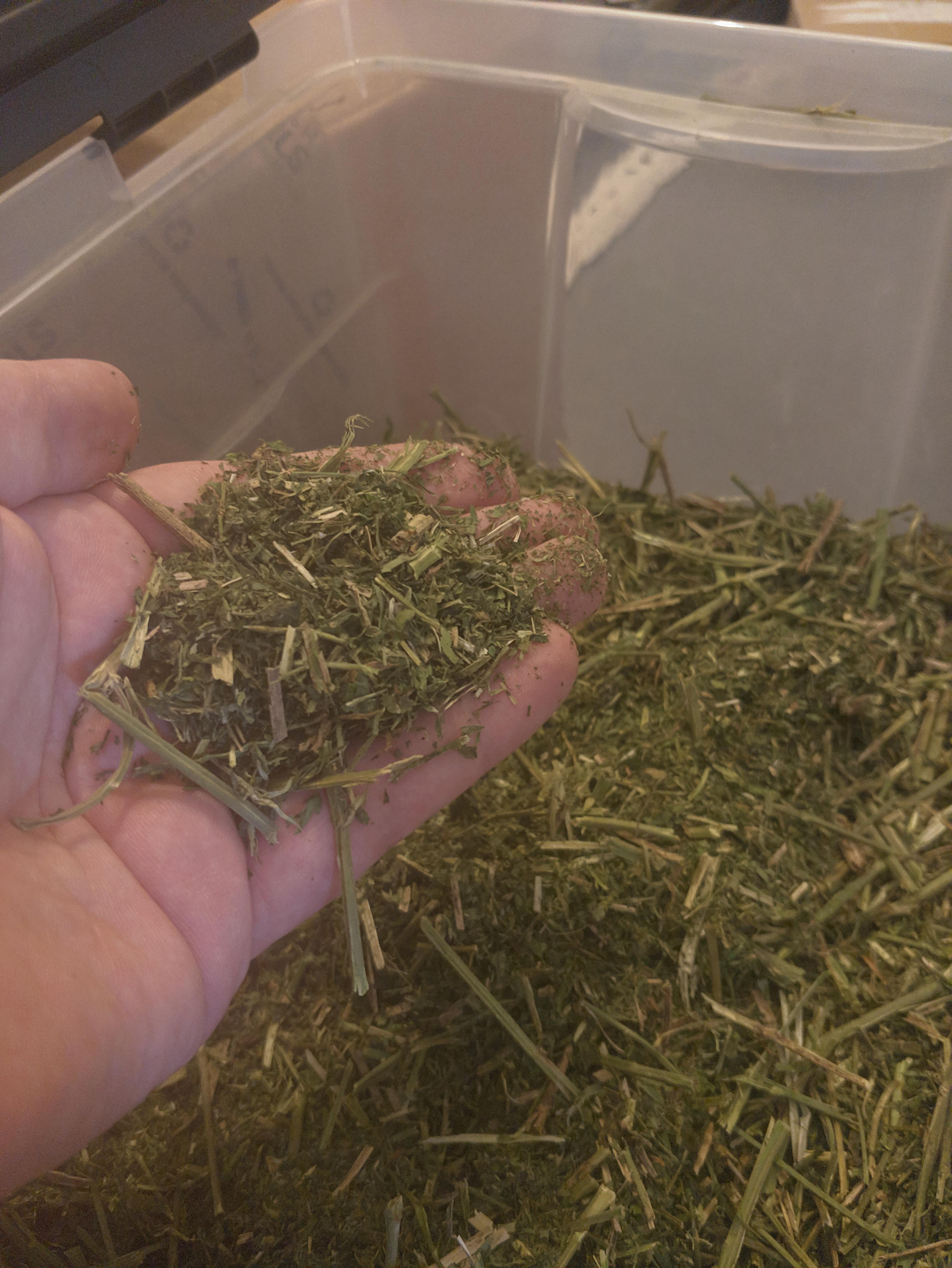 👍︎ 3
📰︎ r/Rabbits
💬︎
👤︎ u/teun95
🚨︎ report
This is my homie Alfalfa. He took this pic on my phone earlier (be nice). He’ll reply back to all comments on my phone! 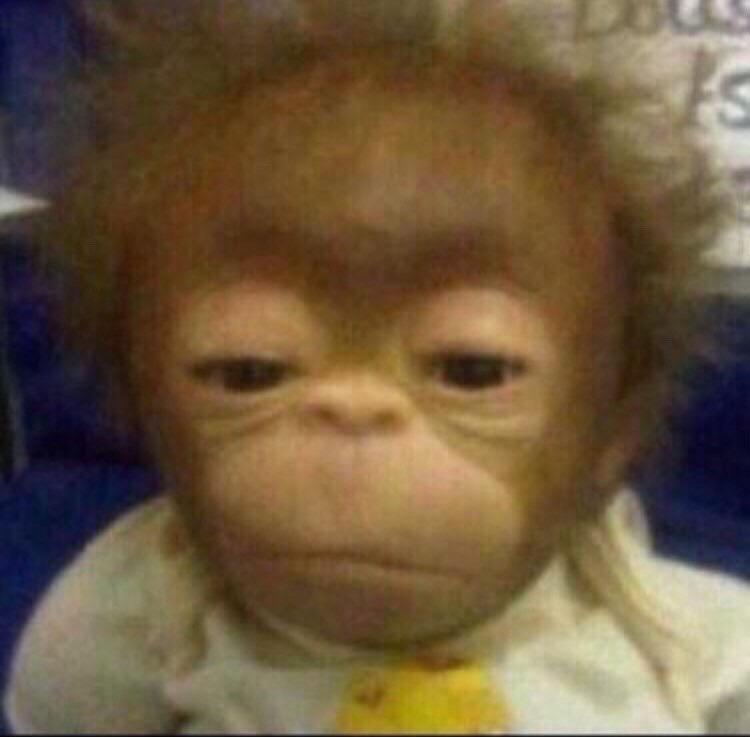 👍︎ 66
📰︎ r/playboicarti
💬︎
👤︎ u/opiumfor10days
🚨︎ report
Deer enjoying alfalfa v.redd.it/xj5wetpivyf61
👍︎ 26
📰︎ r/aww
💬︎
👤︎ u/3ulaF0x
🚨︎ report
Looking for advice for growing sandwich sprouts. Alfalfa and clover sprouts seem to be the favorite type, but other suggestions welcome. I know they can link to ecoli, just curious if anyone had any experience. (not my photo, just a photo to boost engagement) 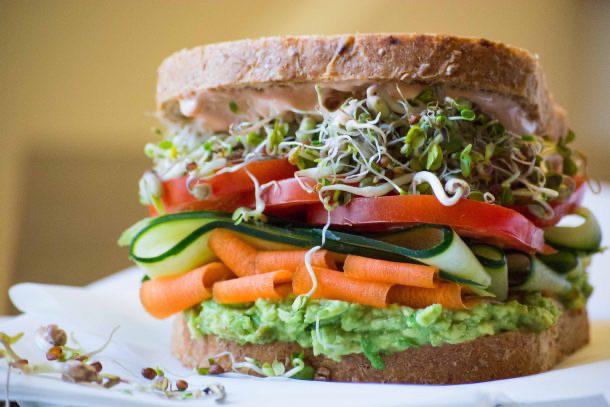 Both of my pigs are nearly a year old