I'll just throw a few small statistics at you first

China has the highest reserves of rare earth metals, 44 MT twice as the next country Brazil in 2019, largest producer of Cadmium, and the [edit: fourth] most reserves in Lithium

We can see they dominate the materials market needed for solar, batteries and even wind (neodymium for the turbine generator).

They also dominate the manufacturing of solar panels in the world

So with all this in mind, what implications could this have in the future growth potentials and volatility? 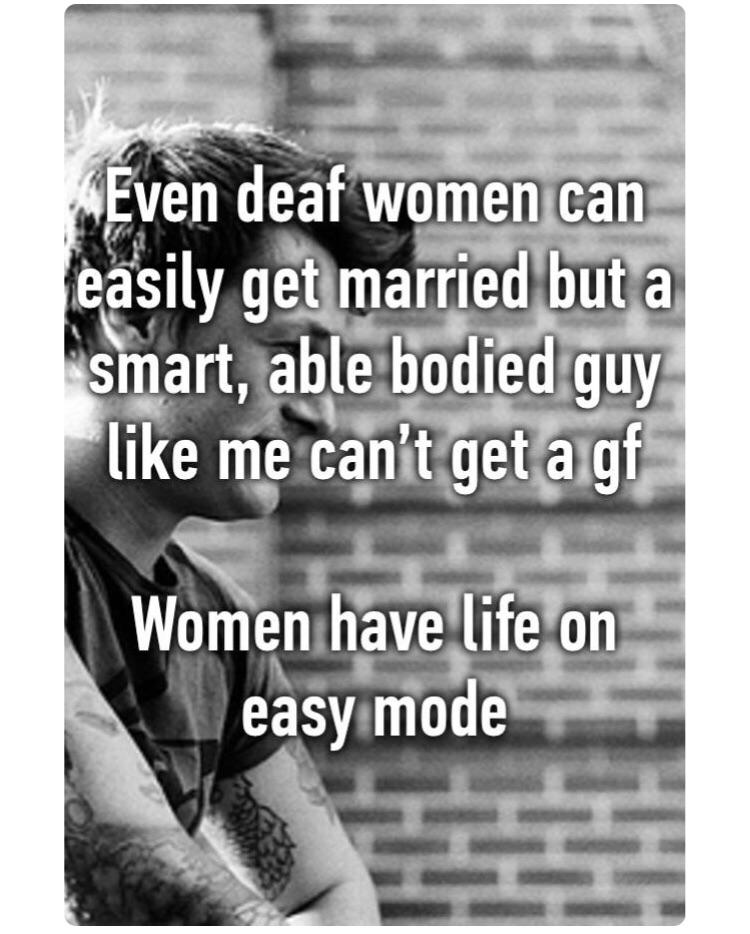 👍︎ 16k
📰︎ r/niceguys
💬︎
👤︎ u/deadbassist
🚨︎ report
Huawei reportedly worked with 4 additional companies to build surveillance tools that track people by ethnicity, following recent revelations that it tested a 'Uighur alarm' businessinsider.com/huawe…
👍︎ 9k
📰︎ r/worldnews
💬︎
👤︎ u/beefwbroccoli
🚨︎ report
Alarm sounds as exploratory drilling for oil begins in northern Namibia: wildlife-rich Okavango Delta would be affected by Canadian oil company's fracking news.mongabay.com/2020/12…
👍︎ 4k
📰︎ r/worldnews
💬︎
👤︎ u/erikmongabay
🚨︎ report
TIL that in 2004, a woman's steel chastity belt triggered a security alarm at the metal detector. The woman explained that her husband had forced her to wear the device to prevent an extramarital affair while she was on vacation in Greece. She continued her flight to London on the pilot's authority. abc.net.au/news/2004-02-0…
👍︎ 34k
📰︎ r/todayilearned
💬︎
👤︎ u/UserameChecksOut
🚨︎ report
The Superb Lyrebird has the ability to accurately mimic any natural and artificial sounds from their environment. In this video it imitates Kookaburras, birds taking flight, dogs barking, car alarms going off, cars driving past, camera shutters, zippers, chainsaws, laser guns, and even human voices. v.redd.it/rusb2bjvuv761
👍︎ 5k
📰︎ r/nextfuckinglevel
💬︎
👤︎ u/Str33twise84
🚨︎ report
When Rodger was a baby, he would kneed on my chest every morning after my alarm went off until I was mean enough to go to work. 2.5 years and 20 pounds later, nothing has changed. v.redd.it/9siedhphz3b61
👍︎ 3k
📰︎ r/aww
💬︎
👤︎ u/BigPappy09
🚨︎ report
Testing the fire alarm and testing me

Going back about 16 years I worked in an entry level admin job which included taking phone calls from people wanting repairs to their social housing. Lots of angry people calling.

Being the helpful young chap I was I also volunteered to test the fire alarm in the building with a couple of other colleagues. This was done at 9am every Monday morning.

One morning I'd had a particularly obnoxious caller and didn't get off the phone until about 9.15am. Straight after, I made my way to the alarm panel at the other end of the building and we did the test, no issues.....or so I thought.

Few hours later my manager calls me to go see her. She is fairly new. Turns out she wants to point out the importance of doing the alarm on time, I shouldn't be late doing it, and that I should organise my time better, etc. I tell her the best option is if I stop doing the tests, since I cant guarantee I am always free at 9am - for example if someone calls at 8.40am and chews my ear off for 30 minutes I am definitely not gonna put them on hold and piss them off more. Manager says I should stop spitting my dummy out and being sulky and petulant. I agreed that I would carry out the tests at 9am sharp in future......

Next few weeks pass and the manager is getting complaints from callers that either they get cut off or inexplicably put on hold. She notices this happens around 9am Mondays, and the complaints all relate to calls involving me. Yep - I was either just cutting callers off completely, or putting them on hold for however long it took, to make sure that alarm was done at 9am. Any callers wanting to speak to my manager? "But of course sir/madam, here are her contact details".

Needless to say I stopped having to do the alarm and my manager had to do it instead as nobody else was able to......

Manager and I continued to work for the same employer although I went off in a different team. We bumped into one another on training courses etc for some time and she was always frosty (had a reputation for it by that time) until recently when she was laid off and I did not find it hilarious at all.... 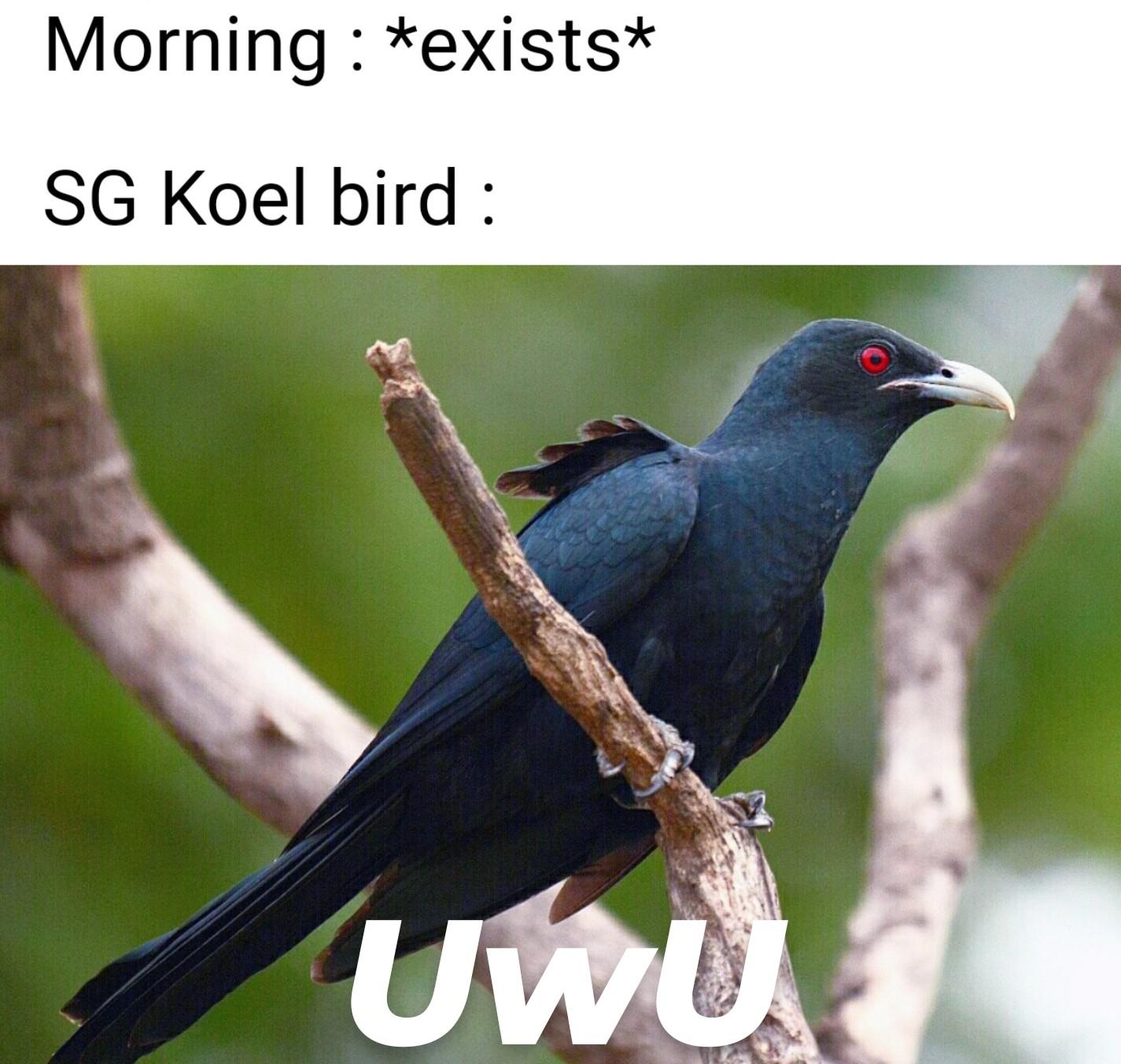 👍︎ 3k
📰︎ r/singapore
💬︎
👤︎ u/WhiteMirrorSociety
🚨︎ report
Before alarm clocks, a knocker-up was a profession where people were employed to wake workers up with a long stick. England and Ireland. Late 1920s 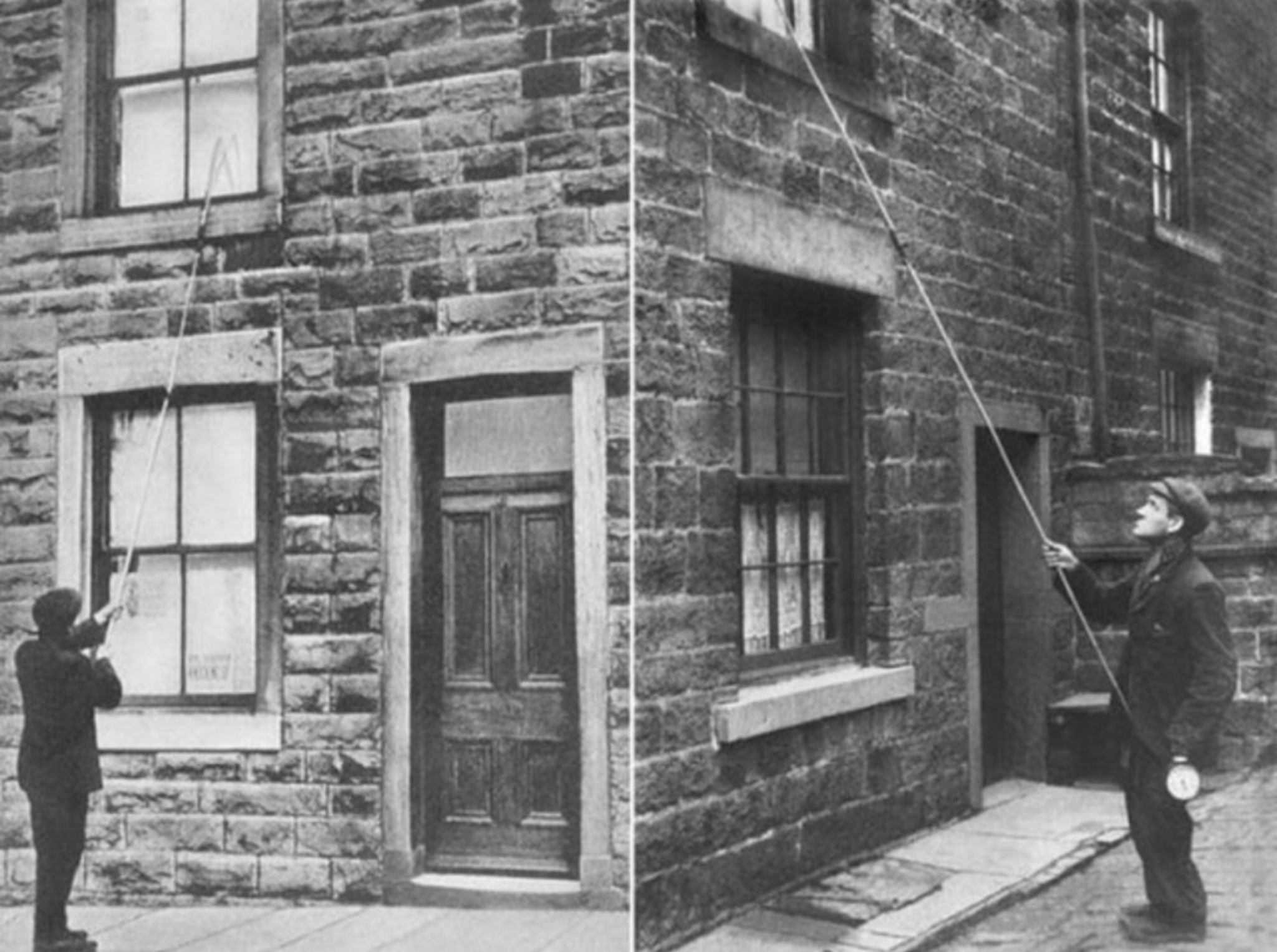 👍︎ 2k
📰︎ r/Damnthatsinteresting
💬︎
👤︎ u/Sleeeepy_Hollow
🚨︎ report
Rachel Maddow Rings The Alarm On How Trump's 'Setting The Place On Fire' As He Leaves huffingtonpost.com/entry/…
👍︎ 10k
📰︎ r/politics
💬︎
👤︎ u/everythingoverrated
🚨︎ report
Looks like we're in for an early morning power hour because I woke up before my alarm today 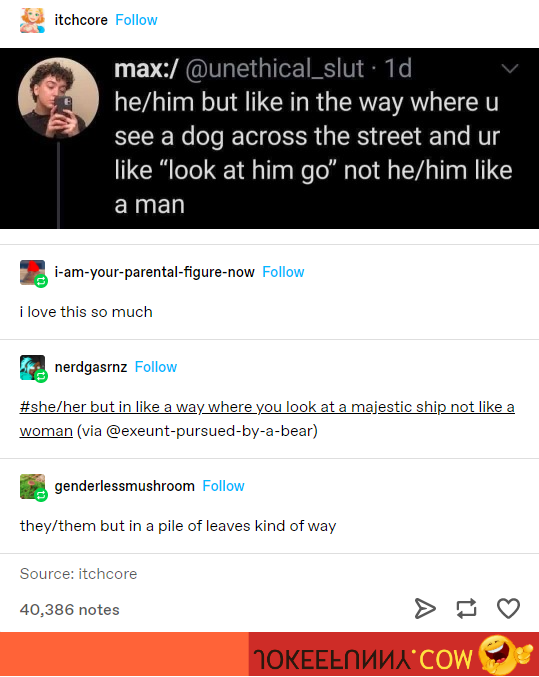 Today I fucked up by yelling at our Alexa to set a 10 minute timer.

After 10 minutes our Alexa started beeping, my wife instructs it to “stop”. Then faintly we still hear beeping. We search the house to try and find where the other beeping is coming from. After searching the entire house we notice it is coming from the walls. So we must have set a timer on our neighbor’s Alexa as well (We live in a duplex). No matter how loud we yell, we can’t get our neighbor’s to stop beeping.

It has been about an hour since it started beeping, my wife is still running around the house yelling “Alexa Stop.” To top it off, the neighbor is gone for Christmas until the 1st. I’m going to loose my mind if I have the next 10 days of “beep beep boo beep beep”.

TL;DR: We set a timer on my neighbor’s Alexa, and it’s going to be beeping until he gets back from Christmas vacation. 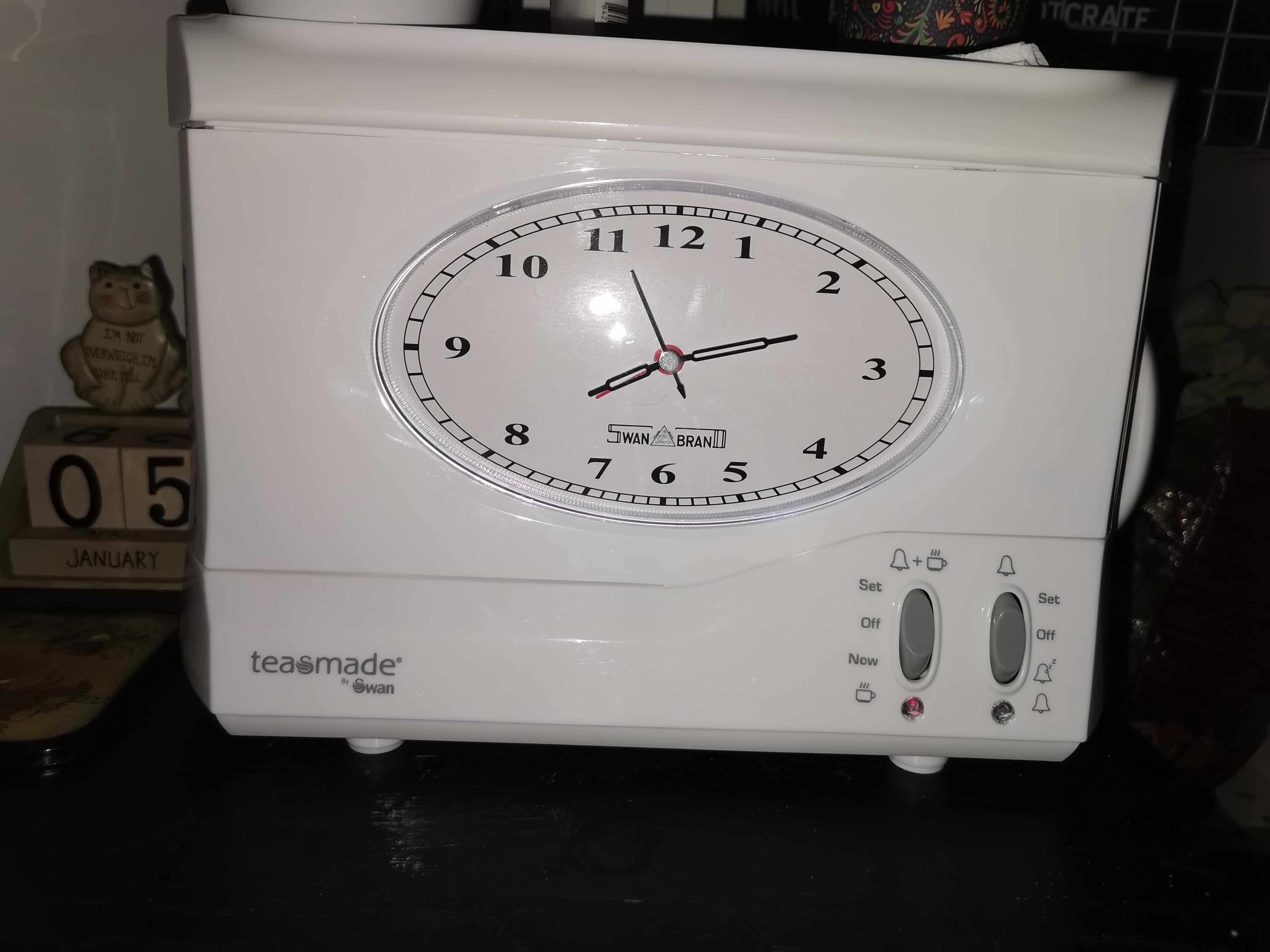 The world is insane.

>South Korea recorded more deaths than births in 2020 for the first time ever, raising fresh alarm in the country which already has the world's lowest birth rate.
>
>Only 275,800 babies were born last year, down 10% from 2019. Around 307,764 people died.
>
>The figures prompted the interior ministry to call for "fundamental changes" to its policies.
>
>A declining population puts immense strain on a country.

A gently declining birthrate causes huge alarm and demands for fundamental changes to policies because of the immense strain it threatens. Which logically means all countries need ever-rising populations. And *that* couldn't possibly cause a problem, could it?

👍︎ 294
📰︎ r/collapse
💬︎
👤︎ u/anthropoz
🚨︎ report
"People are being shown no mercy': Online evictions raise alarm in Ontario cbc.ca/amp/1.5855267?__tw…
👍︎ 223
📰︎ r/toronto
💬︎
👤︎ u/brianem
🚨︎ report
Alarm as South Korea sees more deaths than births bbc.com/news/world-asia-5…
👍︎ 347
📰︎ r/news
💬︎
👤︎ u/sh0tgunben
🚨︎ report
LPT: If you hate your morning alarm, you can use any sleep-tracking app with motion detection. They ask you for a time range of 20-30 minutes (eg. 7-7.30am) and wake you up when your sleep is lightest during that time range. You will wake up less groggy and will be less likely to hit snooze.

This has to be coupled with another tip: get enough sleep.

7-9 hours is ideal, but that varies from person to person. (I personally function best with around 8 hours of sleep). So to be less groggy and feel relatively fresh, you need to sleep on time as well. So for my 8 hours, I can set an alarm between 7-7.30am and wake up fresh, if I go to bed around 11-11.30pm, but the smart alarm won't help much if I went to bed at 2-3am.

These apps use the accelerometer and gyroscope to sense your motion. It waits till your sleep is light and then sounds the alarm. The sound is pretty nice for an alarm and rises in volume quite gradually, which is also essential for not feeling groggy. The groggy feeling comes from being in a state of rest and being jerked wide awake. When the transition is gradual, then we feel fine.

👍︎ 825
📰︎ r/LifeProTips
💬︎
👤︎ u/ScarOnTheForehead
🚨︎ report
Not trying to alarm anyone, but I think the Vykeen are building a death star! 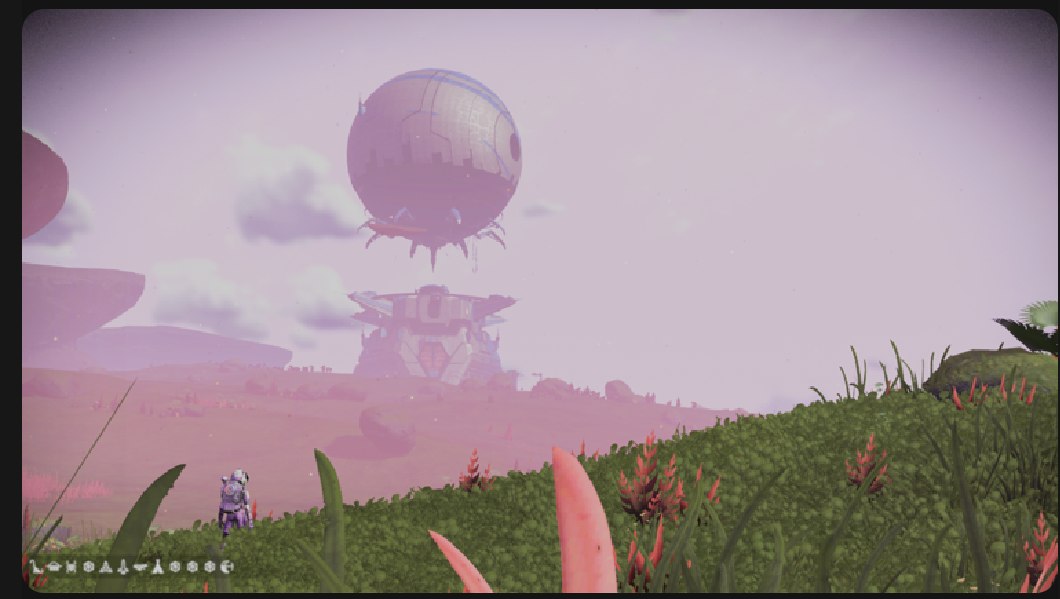 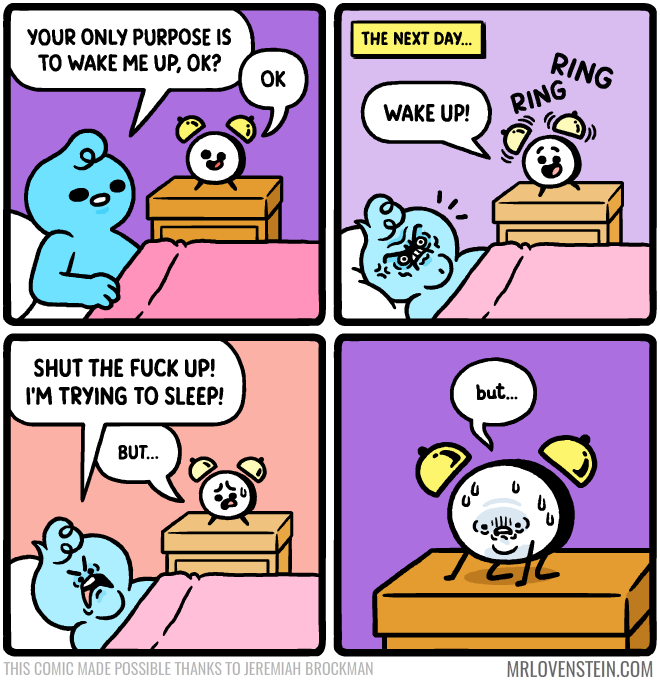 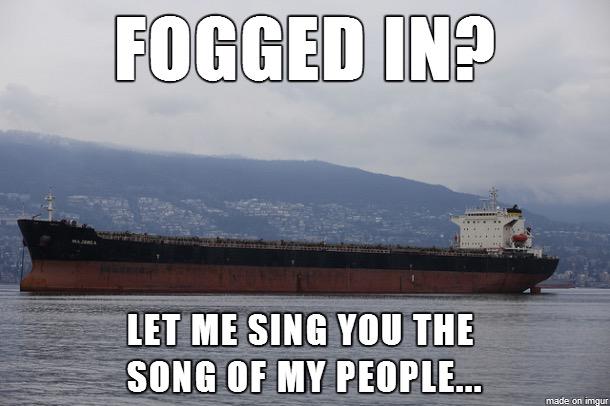 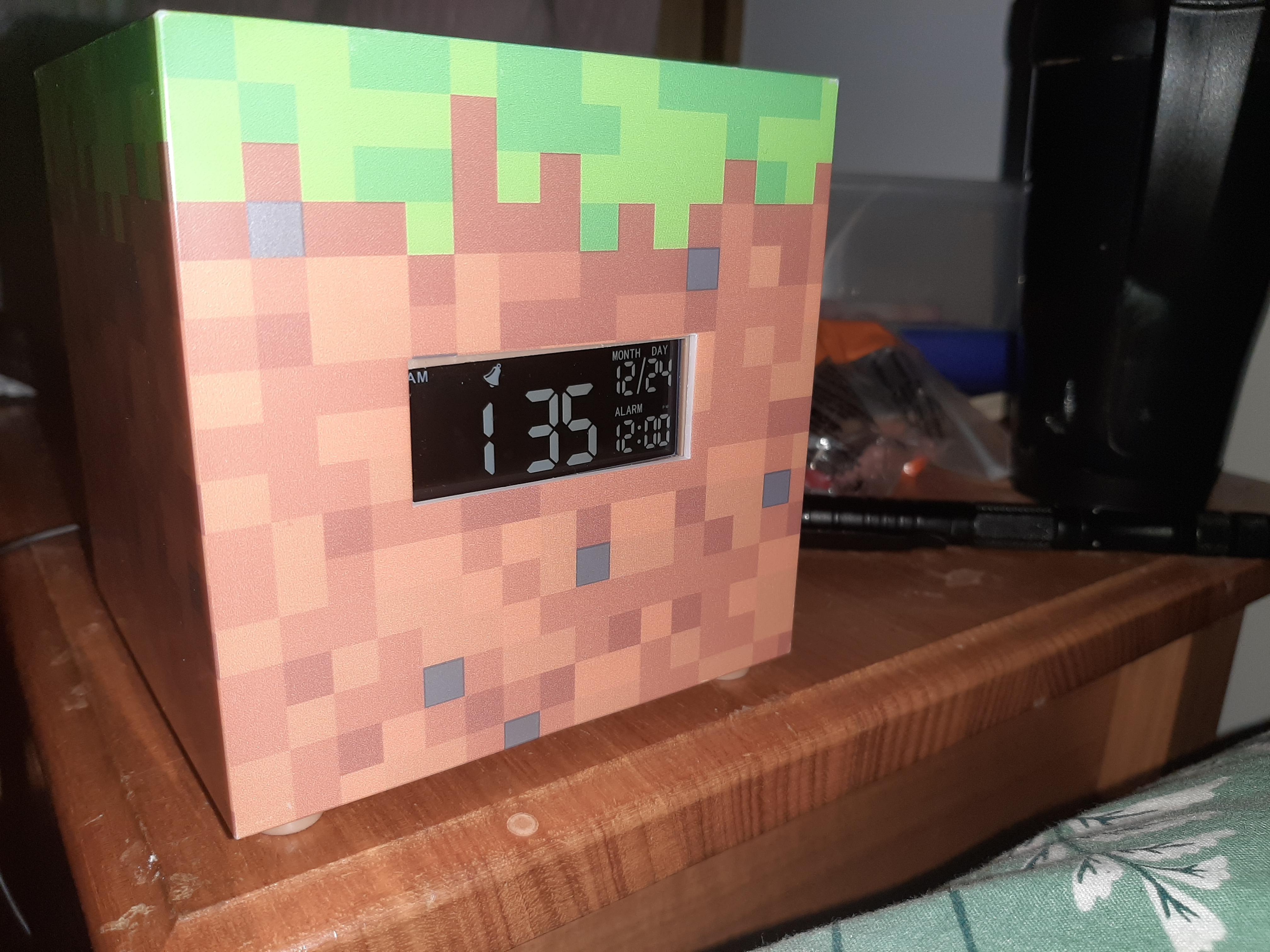 👍︎ 855
📰︎ r/teenagers
💬︎
👤︎ u/gj0c8tcgctf
🚨︎ report
Manager wants me to identify people every time I encounter someone at a alarm... Sure thing!

So a little story from years ago about a assistant manager that doesn't understand the work at all.

I worked as a security guard driving around industrial area's and responding to alarms that go off at the buildings from our clients. When I started there I was told/learned to ask for proper ID (driving licence, passport, ID card) if I encounter someone in the building (which was very common as most alarms came from people not turning off the alarm in time/entering the wrong code), and note their details in the report. But (and this will be important later on) if they can't show ID, kindly request them to leave and close the building. If they refuse, call police to deal with it.

Some background to make things clear(er): Laws here make it so that security guards are just civilians. Which means I can ask for ID, but if they refuse to give it there is nothing I can do. Only Law enforcement officers can "demand" ID's. Also, my assistant manager hates me for some reason, always looking for something to pin on me.

So for a few years I do this as I was learned: ask for ID if I found someone in the building and ask them to leave if they refused or didn't have one with them. Some would show credit cards or other things with their name on it, then I would write it in my report, but still ask them to leave.

All this time the assistent manager would go over these reports in the morning. But I never heard any complaint about it. So I was doing stuff right I thought.

After a few years on this particular day I get a alarm, so I drove there. I arrive at the building, go in and find the cleaning lady doing her job. The alarmsystem logs shows she entered the wrong code the 1st time and was just a little too late entering it correct the second time. As would happen a lot.

I kindly ask her for an ID and she tells me she doesn't have any with her. She show me a bank card with her name. I write down the name in the report (including it was from a bank card) and tell her she has to leave. She understands, pick up her stuff and leaves. I finish my report and go on my merry way.

The next morning I recieve an e-mail from my assistant manager, going mental over the fact I send the cleaning lady away without nothing down PROPER ID details. And telling me the client is mad because they wanted to know who was in the building.

I calmly reply that I did what I always did and was instructed to do when I joined the company. 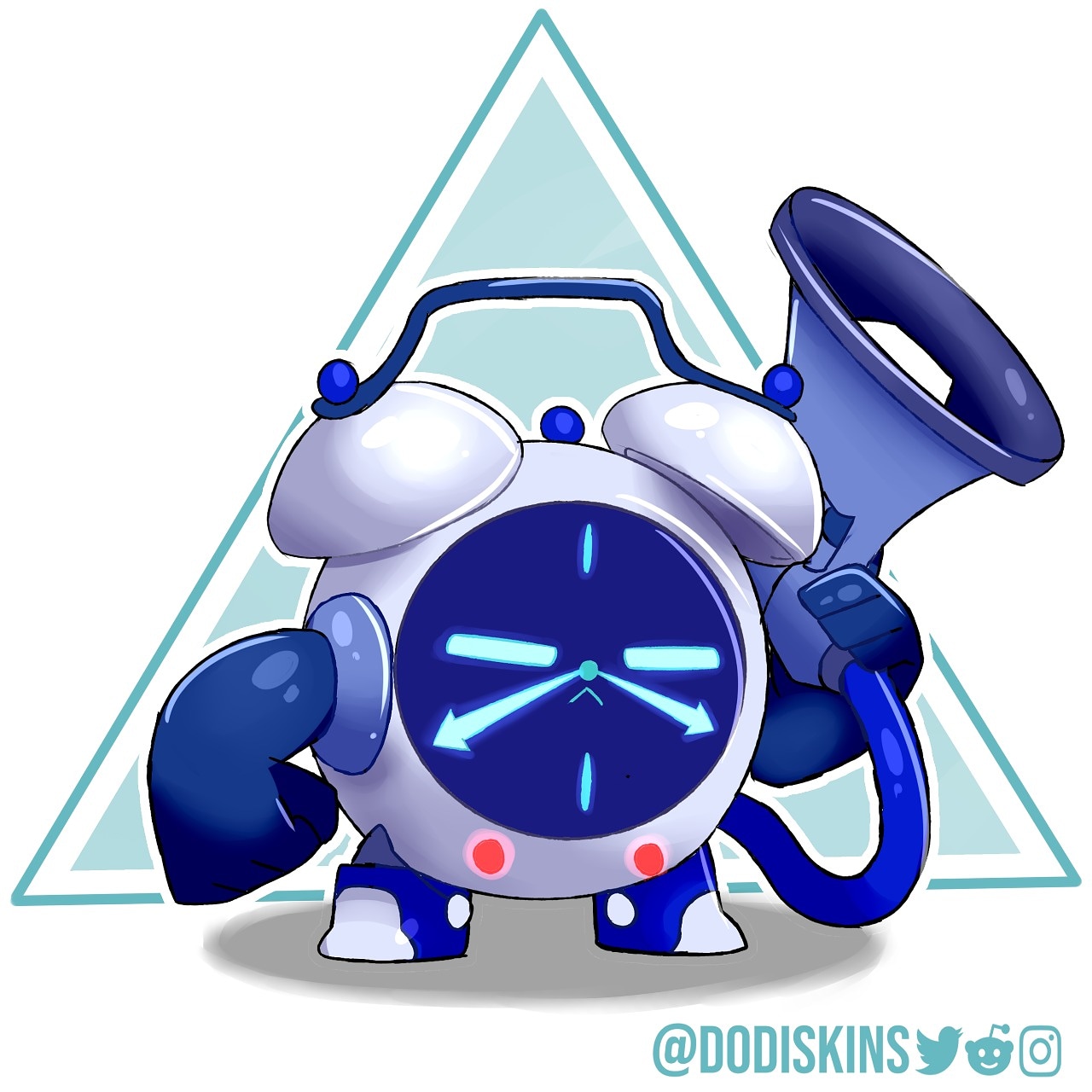