As I mentioned in my first article on the History of Amazing Grace, this is the story of the lives of two men and that one song. In the first part, we discussed the life of the song's author John Newton. The 2007 film "Amazing Grace," however, is about the life of one of Newton's protégés, William Wilberforce.

Wilberforce was a man well known to the Framing Fathers of the American Revolution. He became in his day, not just a politician, philanthropist, and abolitionist, but also a writer of such popularity at the time as C.S. Lewis was in the 20th century.

William Wilberforce was born to privilege and wealth in 18th century England and though physically challenged, worked for nearly 20 years to push through Parliament a bill for the abolition of the slave trade in the British Empire 200 years ago.

Born in 1759 in Hull in Yorkshire, upon his father's death in 1768, he was sent to live with an aunt and uncle in Wimbledon. While there, he came into contact with the great evangelist George Whitefield. He was also influenced by the former slave-trading sea captain, pastor John Newton. However, his mother and grandfather wanted him away from Newton's influence, which they thought was too evangelical and "Methodist," much too enthusiastic for respectable Anglicans, and returned him to Hull.

Following private school, Wilberforce took both his B.A. and M.A. at St. John's College in Cambridge -- where he began a lasting friendship with the future Prime Minister, William Pitt the Younger. Still, Wilberforce was not a serious student, and he was given to late nights of drinking, gambling, and card playing.

At the youngest age at which one could be elected, at 21, he was elected to Parliament. He was noted for his charm and eloquence; indeed, his phenomenal rhetorical skill caused the young Prime Minister William Pitt to later challenge Wilberforce with a considerable undertaking -- the abolition of slavery.

The abolitionist Thomas Clarkson influenced Wilberforce to become an activist in the issue of slavery, and together they proposed to Parliament a dozen resolutions against the slave trade. Wilberforce's early optimism was met with one defeat after anothe

👍︎ 4
📰︎ r/historyblogs
💬︎
👤︎ u/billpetro
🚨︎ report
“You may choose to look the other way but you can never say again that you did not know.” – William Wilberforce 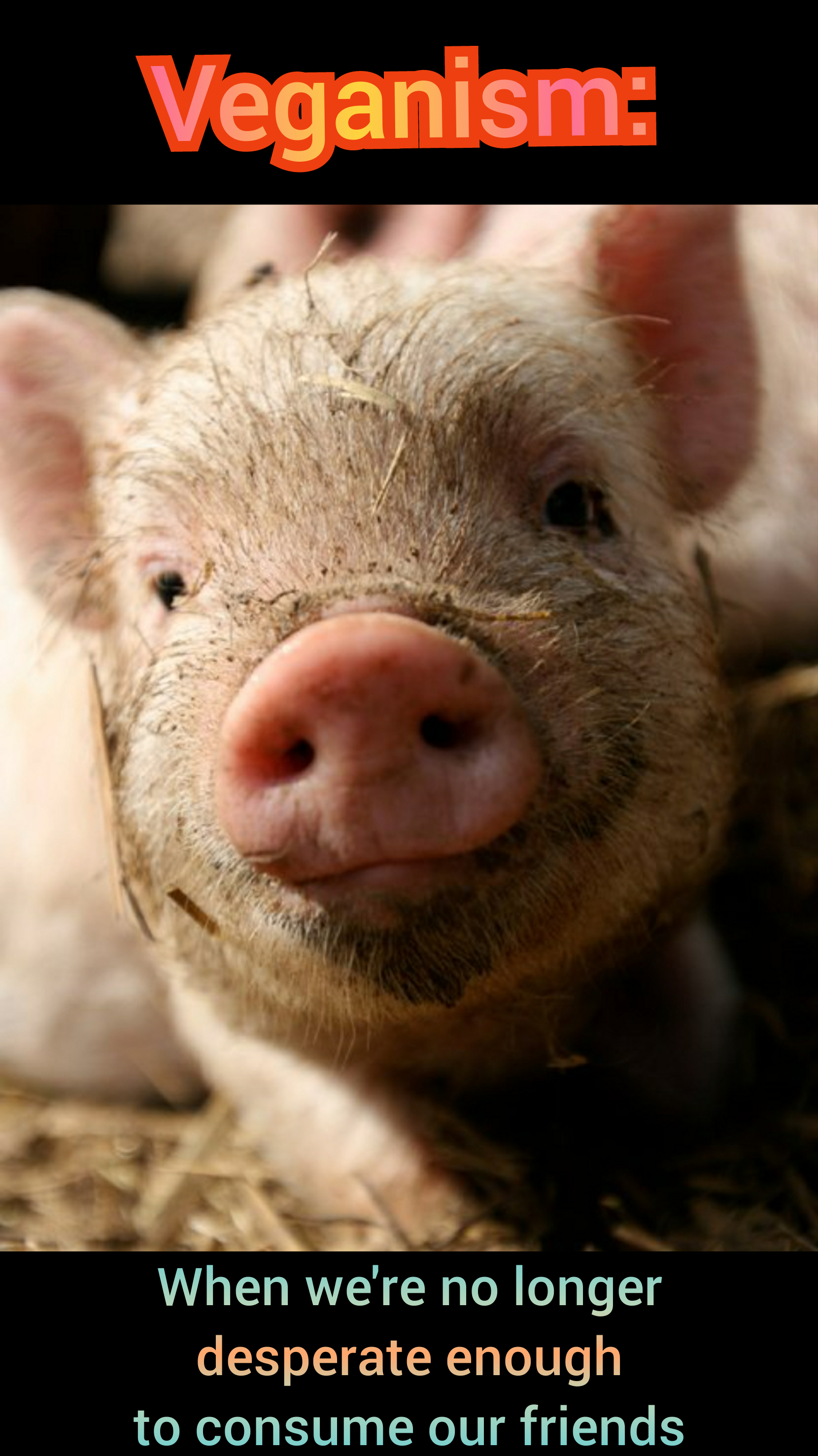 👍︎ 235
📰︎ r/veganarchism
💬︎
👤︎ u/onetwofar
🚨︎ report
The leader of the movement to abolish the slave trade; William Wilberforce. At his school (2007) 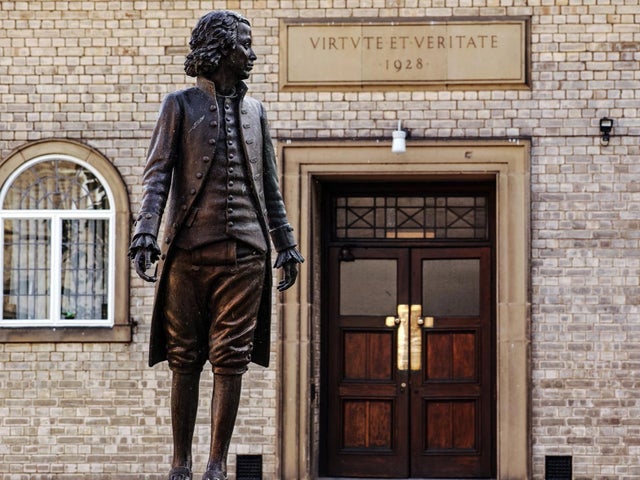 Assurance comes up often on this sub, and I thought these observations from Newton's letter (below) were very edifying and encouraging.

Over the backdrop of praising Christ, Newton offers this concise summary of assurance:

The joy of the Lord is the strength of his people: whereas unbelief makes our hands hang down, and our knees feeble, dispirits ourselves, and discourages others; and though it steals upon us under a semblance of humility, it is indeed the very essence of pride. By inward and outward exercises the Lord is promoting the best desire of your heart, and answering your daily prayers. Would you have assurance? The true solid assurance is to be obtained no other way. When young Christians are greatly comforted with the Lord’s love and presence, their doubts and fears are for that season at an end. But this is not assurance; so soon as the Lord hides his face they are troubled, and ready to question the very foundation of hope.

Assurance grows by repeated conflict, by our repeated experimental proof of the Lord’s power and goodness to save; when we have been brought very low and helped, sorely wounded and healed, cast down and raised again, have given up all hope, and been suddenly snatched from danger, and placed in safety; and when these things have been repeated to us and in us a thousand times over, we begin to learn to trust simpl

The pastor in the church I attend usually sets that guy as an example for how Christianity benefitted society.

The pastor emphasized how he started the abolition of slavery in England and became a huge influencer and revolutionized the British parliament. Another is that Wilberforce was an Evangelical Christian as well.

The church made him an example as to why how Christians should be involved in the government.

The pastor has also noted a lot of Western leaders who were Christians and were the reasons why their countries are where it is today.

For you guys, what do you think of this? Especially to those who know British history and whatnot. 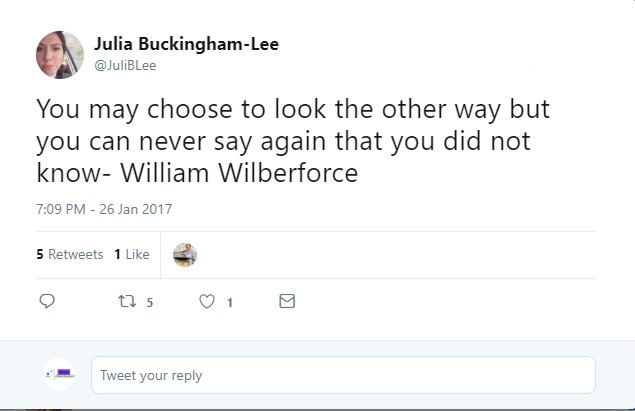 This bill was referred to the Senate Committee on the Judiciary which will consider it before sending it to the Senate floor for consideration.

Sen. Lindsey Graham [R-SC] is the chair of the committee.

👍︎ 3
📰︎ r/watchingcongress
💬︎
👤︎ u/congressbot
🚨︎ report
Please can you explain how the law William Wilberforce and his lawyer friend managed to get through which had the side effect of reducing the slave trade by 80% actually worked.

Just watched Amazing Grace and got swept away in the emotion. However, I tried to research what that law/act/bill thing was. They prevented the nasty French sailing under the USA flag of neutrality that would prevent pirates attacking them (why did a flag stop pirates?)...but, how does this stop 80% of Brit slave ships sailing?

I also want to know what historical inaccuracies were in the movie but I think I can google that. If you know any decent links, that would be great.