A comprehensive phylogeny of Proboscidea..by me! 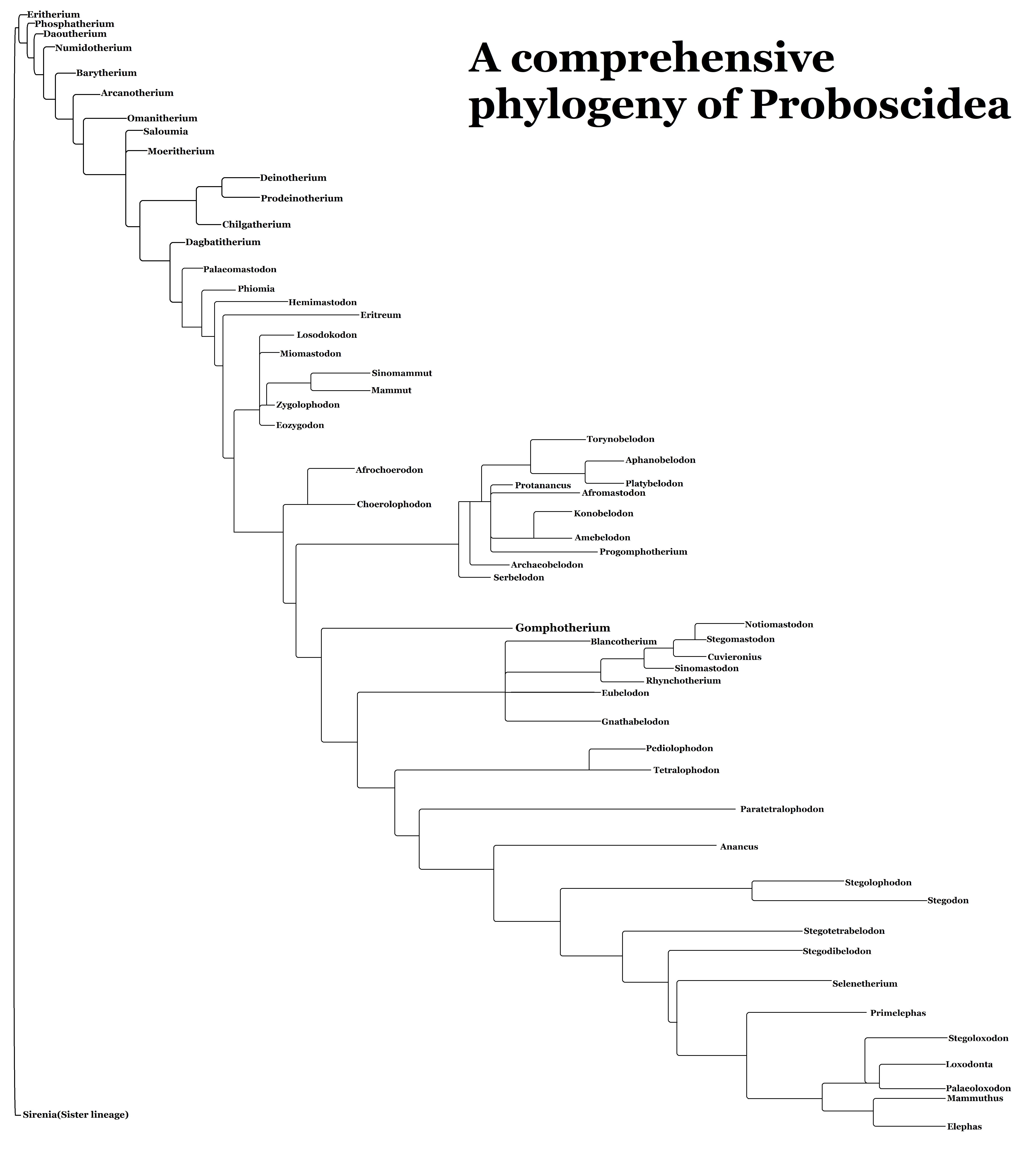 Ymir's three daughters, Rose Marley and Sina, carried on the powers of the titans after Ymir's death. But how were the powers distributed? And how did the powers eventually split into 9 titans? I've tried to establish a phylogeny based on their characteristics and powers.

Firstly, it's obvious that the war hammer and the armored titans came from the same titan; a 'hard titan' that could manipulate hardening from a nuanced level to an extreme amount. This titan could have created thick armor, weapons, and possibly even buildings out of its hardening ability. While other titans do have hardening ability, such as the founder, female, jaw etc., this titan would have surpasses them in its ability.

The jaw titan and the cart titan may have originated from a similar 'small titan', which would have had extreme speed and agility, able to dodge and weave attacks while dealing significant damage from its jaw. On top of this, it would have had the agility to do this for a long time despite spending so much energy when moving around quickly.

The founder itself was passed on through one of the three daughters. Did any titans split from the founder? I think the female titan did. It has the ability to summon titans with its scream even if the titan shifter is not of royal blood, which is a basic ability to control titans. In addition, it has extraordinary access to memories, able to inherit abilities much more easily than the other titans. The split between the founder and the female titan is essentially a split between strong and weak effects (they both basically have the same powers, but the female titan's powers are much weaker). This leads me to assume that the inheritor of the female titan ate a smaller amount of the founder, and the proceeding founder ate a larger amount.

I also think that further back, before this split, the attack titan split off because of its ability to receive memories from future inheritors as well as past. Perhaps this ability was lost from the founding titan; maybe that's why Ymir waited 2000 years for Eren; she knew he would come (to be fair Ymir had all the powers when she was the founder).

Getting back to the hard titan, it is interesting to note that it would have had control over hardening, and could choose to harden or not. This could have originated from a titan that had a much wider range of changing appearances. The beast titan could have split from this 'appearance-shifting titan', since its appearance always changes for each

👍︎ 21
📰︎ r/ShingekiNoKyojin
💬︎
👤︎ u/qetoh
🚨︎ report
Hey, guy who made that disgustingly large Phylogeny Tree of Monster Hunter from scratch. I have come to tell you's its been updated.

A tad bit ago, y'all saw me pinned on the front page of this subreddit, detailing what is probably a massive waste of my time and patience: A phylogenetic tree, based on the organisms of the MH universe, so massive that it condenses itself into a brick that can destroy someone's poor potato of a computer or phone just by opening it. And to anyone that has seen it (the possible 6'000~ if the views tell me anything, or the 366 here on reddit,) which means your devices had not been reduced to a smouldering pile of electronics, you will find that not only has the load-time decreased to an extent, not only has the tree increased to 14'500+ nodes... More species has been added.

That's right, you thought I would stop at the monsters, the endemic life, bloody items & canon beasts? No, one cannot stop there. I have added creatures one wouldn't normally notice in their playthroughs, species that you would ignore as gathering spots or unnoticeable endemic life, from tiny snails and butterflies to the giant crocodilian in JF and the fossils untold. From environmental assets to the decor of a goddamn house. My patience and my hands extend to even the farthest reaches of what one would consider for a project like this, and trust me, I have more patience than I should for something like this.

You may have also found that multiple species have been moved around, and well, you can say I've learned and better analyzed my ways of classifying the species within from both proper information sources and the suggestions of you lovely folks.

For anyone uncertain of this, know that despite the looks, this has been updated on the same file as the link I posted on my original post, so if you are so inclined and/or have found the original post before finding this, you all will still be able to see the same thing without worry. And for anyone wondering, I will still be making updates to this if I find material that can be added, however, I will not update on here. You will just have to check to see if anything new has been added.

Edit: It's official now, the Elder Dragons are not only properly placed into the tree, but have actually been given proper zoological terminology as well. Feel free to be amazed or offended at this, maybe, controversial edition.

👍︎ 6
📰︎ r/insects
💬︎
👤︎ u/Beautiful_Book_9639
🚨︎ report
Is there a place online where I can see the phylogeny of a given genus or species?

Like, say I want to see where Apatosaurus falls in a phylogenetic tree, is there a website that gives that information out?

👍︎ 13
📰︎ r/coolguides
💬︎
👤︎ u/iboughtarock
🚨︎ report
Driver mutations (DM) are the genetic impetus for most cancers. We present deep phylogenies for 84 cancer driver genes and 434 DM. These findings elucidate the evolutionary status of DM and are expected to advance the understanding of the functions and evolution of oncogenes and tumor suppressors. nature.com/articles/s4200…
👍︎ 8
📰︎ r/biology
💬︎
👤︎ u/evogenome
🚨︎ report
Molecular phylogeny of the subgenus Syrrhophus (Amphibia: Anura: Eleutherodactylidae), with the description of a new species from Eastern Mexico tandfonline.com/doi/full/…
👍︎ 3
📰︎ r/biodiversity
💬︎
👤︎ u/physicalgeographybot
🚨︎ report
Late Night at the Mushroom Lab. In this video we visit Alan Rockefeller, a man who has dedicated his entire life to the study of wild fungi - their evolution, their phylogeny, their place in the ecosystem of Planet Earth youtube.com/watch?v=kJVXA…
👍︎ 4
📰︎ r/mycology
💬︎
👤︎ u/iboughtarock
🚨︎ report
Simplified phylogeny of pterosaurs by Natalia Jagielska. 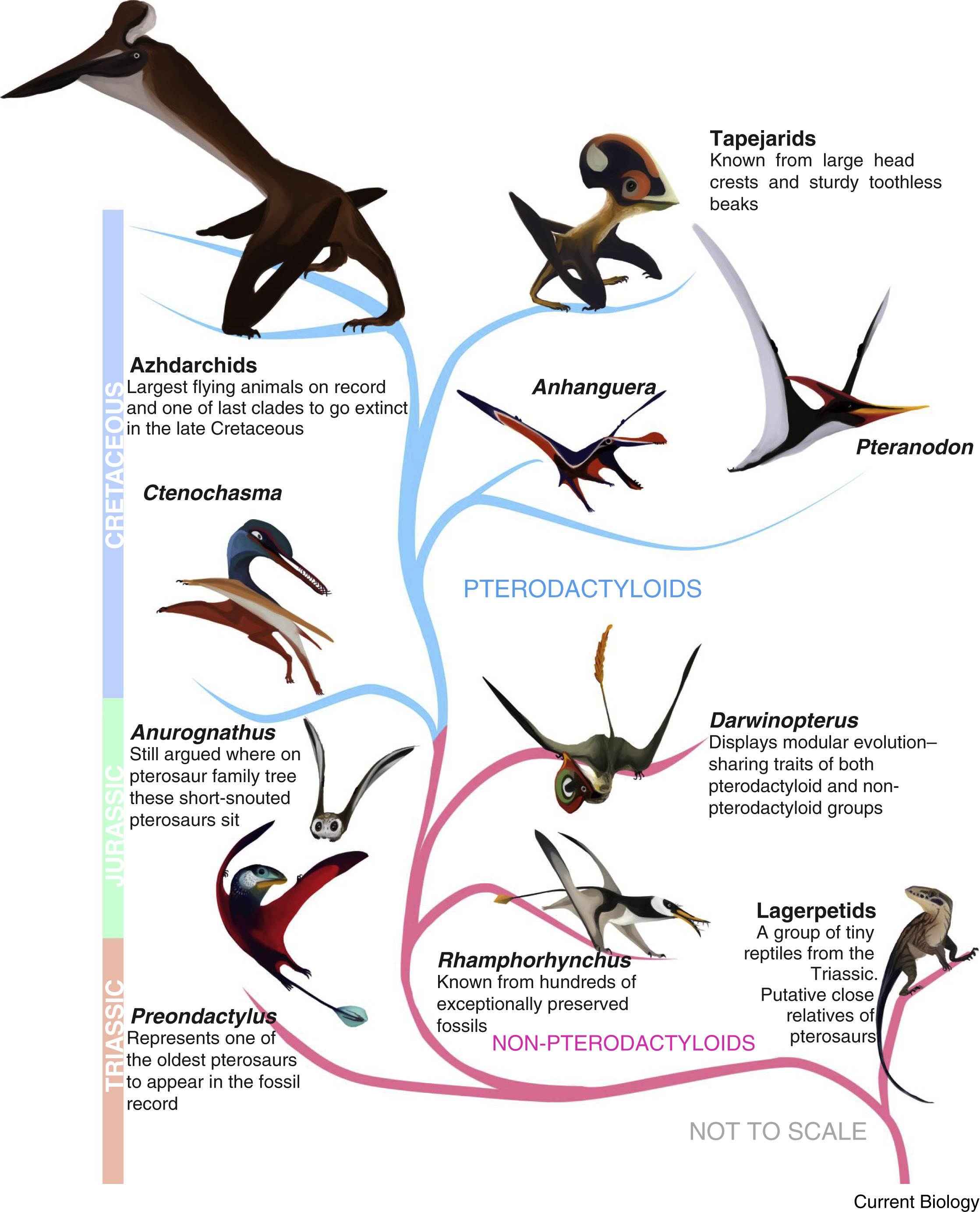 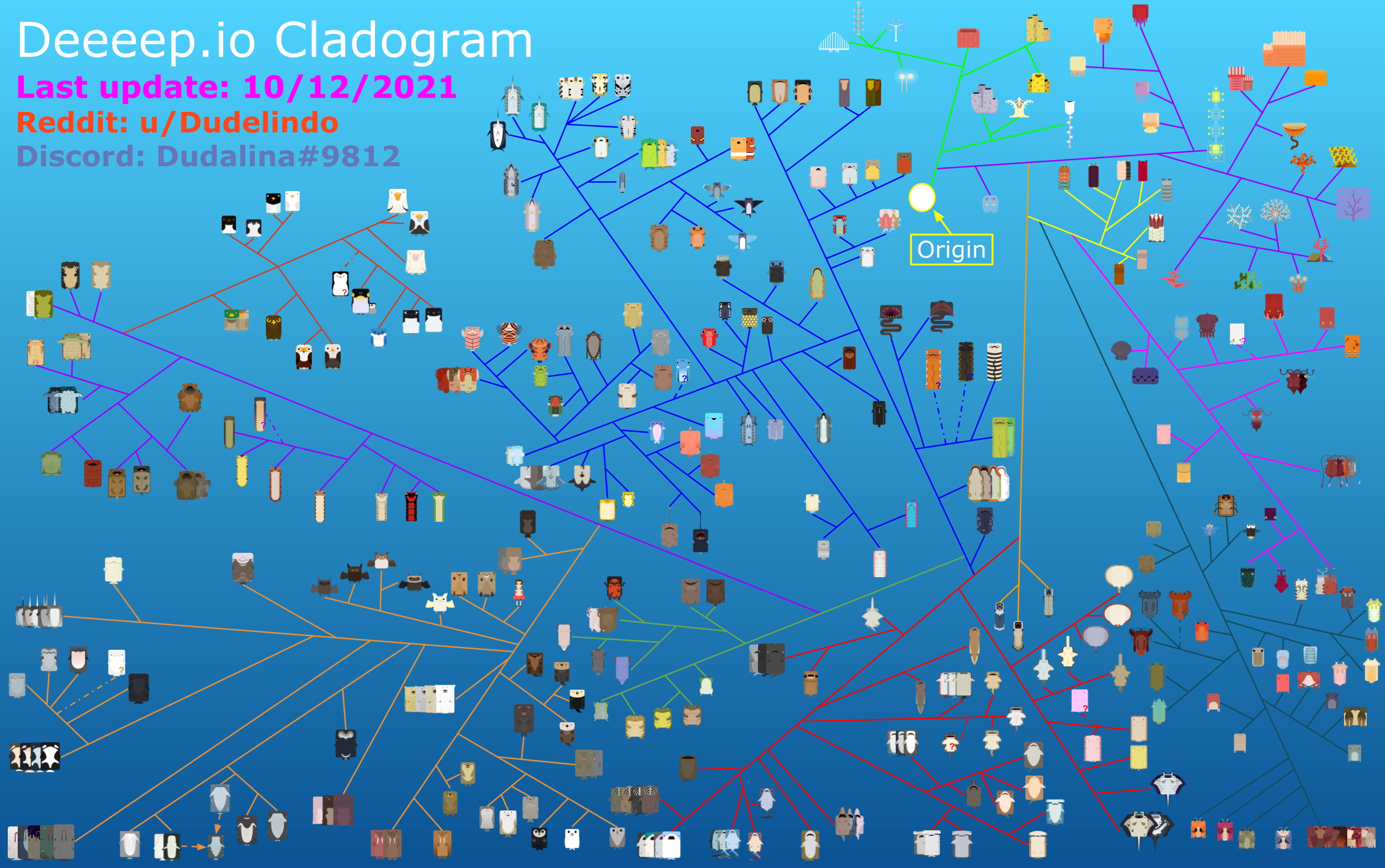 I've been reading about this lately, and it seems like it contradicts creationism.

There is a phenomenon known as cospeciation, which means that the speciation of one organism causes an associated organism to speciate as well. This happens a lot between parasites and hosts, which is what I want to talk about. Cospeciation is a type of coevolution, where the evolution of one organism causes another one to evolve in response too. So it's easy to understand that when a host population speciates, the parasites living on them will also speciate in response.

This intuitively leads to an observation called Fahrenholz's rule. This says that the phylogenies of hosts and parasites will match, or be congruent as it is called. This has been observed in heteromyid rodents. Note that it isn't perfectly congruent, but the authors note that this is much more than what we would expect by chance. There are similar studies for other animals too, like fish.

You see, the congruence is caused by the fact the host's had a common ancestor which also had a parasite in it. When the ancestral host split into 2 lineages, so did the parasites. Thus the divergence dates of both parasites and hosts should match if they came from a common ancestor. Here is an incongruent phylogeny caused by the fact that this particular lice species is very "jumpy" and has commonly switched hosts.

If the hosts were separately created, with separately created parasites living on them, there is no reason why the phylogenies of both should match. I'm not sure how creationists see parasites. Were they beneficial symbionts before the Fall?

Either way, the point I'm making is that it is extremely improbable that 2 parasites(or symbionts that lived on their hosts) belonging to hosts that did not share a common ancestor would have genetic differences and a mutation rate such that their phylogenies and divergence dates are extremely congruent to their hosts.

Yet this is found in several anima

I never got to take a genetics class, but I understand that generally biologists don't sequence the entire genomes of all of the organisms in a tree. I assume this is because that would be wildly time consuming and expensive and because huge differences in the amount of genetic material from one species to another would make comparing their entire genomes difficult. Also I guess if you were studying lizard evolution, you wouldn't compare the genes for limb development between the various legged and legless species, cause presumably those genes would be nonfunctional/unexpressed and subject to increased genetic drift in the legless species. Is that idea right at all or am I way off base?

So how exactly do biologists decide which gene sequences to look at and compare? How many different genes need to be looked at? Is it the number of genes that's important or the total number of base pairs? Also how can the differences between conserved homologous sequences increase indefinitely as you move further in time from the point of divergence of any two taxa? Wouldn't the genes eventually be rendered nonfunctional? Wouldn't negative selection stop the genes from drifting too far?

Also is the rate of mutation (e.g. of mtDNA) really so stable from one taxon to another that the molecular clock is reliable? What is really meant when scientists say that "humans and tomatoes are 60% genetically similar?"

P.S. If anyone could point to a good online course on this stuff I'd def appreciate it. 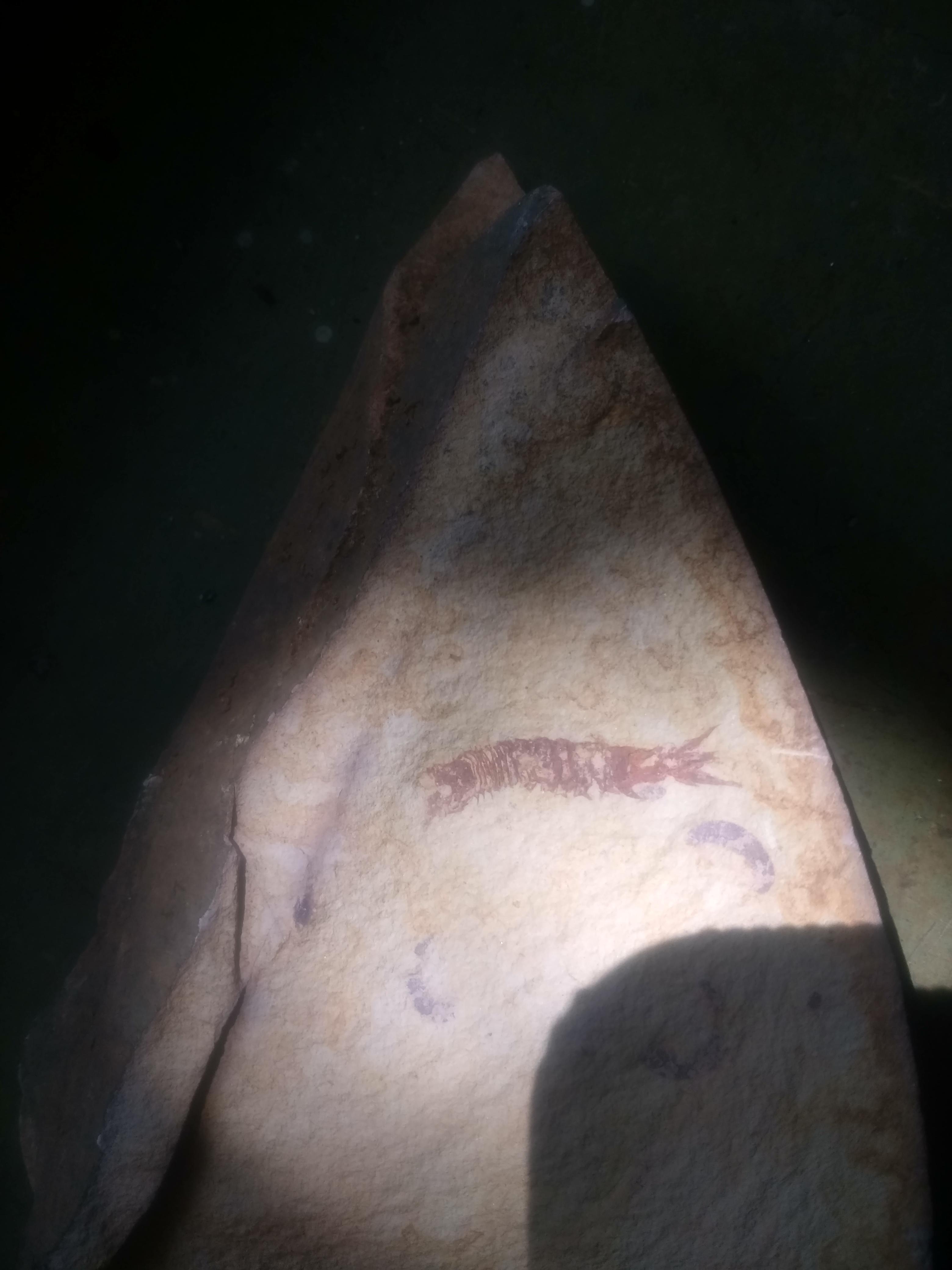 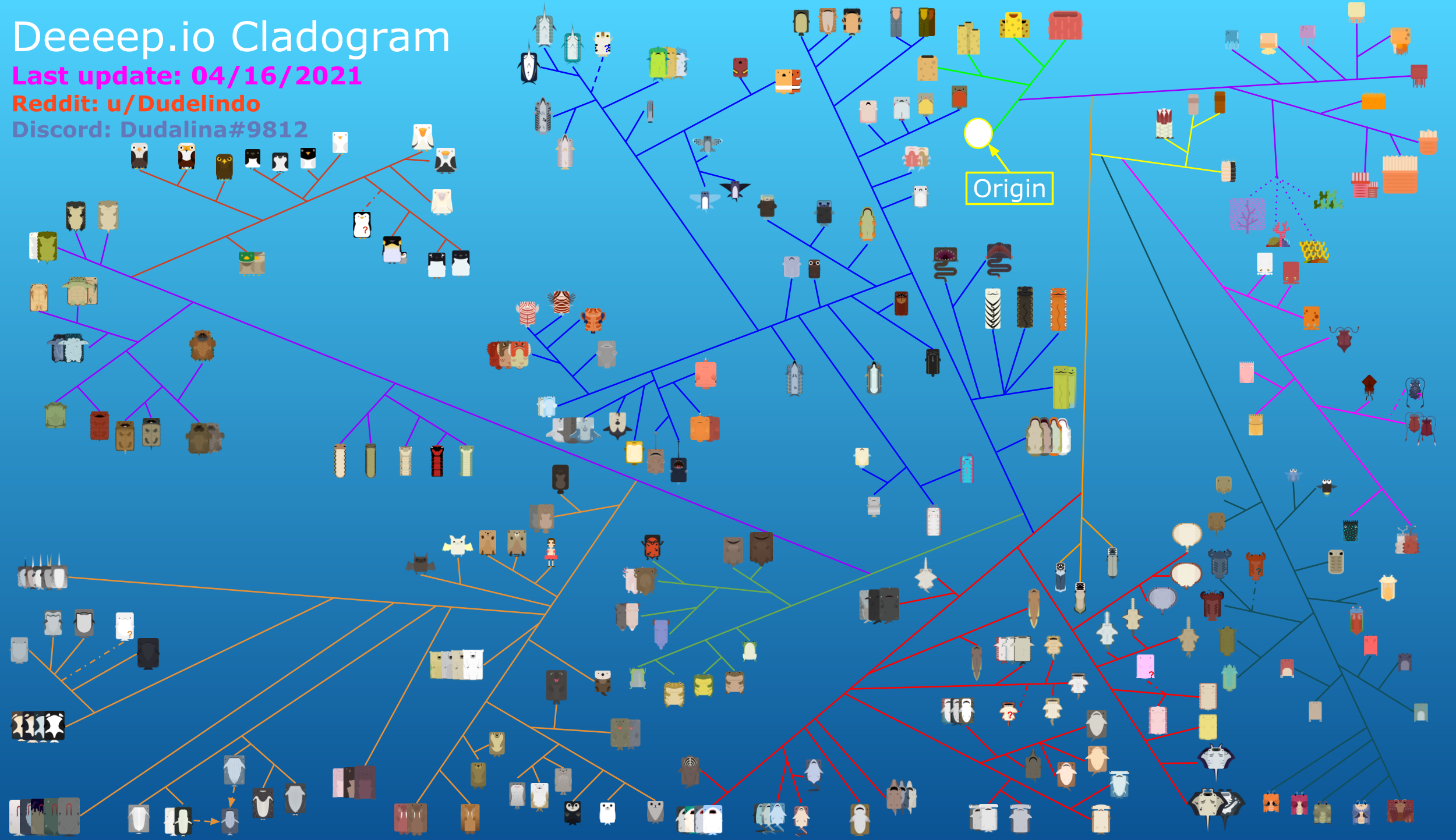