I was 19. I felt alone, isolated, and trapped. There was no end in sight. I wanted to die.

My counselor suggested that I do something I’ve always wanted to do. There was nothing. I had no goals of my own that I cared about. Except, I guess, for owning a Corgi. Being a pet lover herself, my counselor was delighted that I had an animal-related goal and encouraged me to pursue it. It was a weird goal for someone who grew up afraid of dogs.

I was 8. I had seen a movie on the Disney channel, “Murder She Purred: A Mrs. Murphy Mystery”, set in the foothills of Virginia and starring Ricki Lake, even though the real stars were a mystery-solving Tabby cat with a Corgi sidekick. I only saw that movie once, but it left a huge impression on me.

I was 14. My friend, watching Cowboy Bebop for the first time, asked me if I liked Corgis. WTF is a Corgi? I looked it up. Ohmygod! It was the dog! From the movie!! Of course I like Corgis!

I was 16. I was writing a story. The main character had a dog, a Corgi. The dog, like the one in the movie, was friendly, thoughtful, and kind. The dog was smart. The dog looked after the main character and his family. I named that dog “Waffle” because it was a stupid name for a dog but its silliness made me smile. I fell in love with the dog I wrote. I fell in love with Waffle. ^^.

I was 17. We were putting our own takes on the Mona Lisa in my favorite art class. After much debate, I decided to do a Corgi Mona Lisa. My tablemates got to hear all about my future plans with my fictional dog. One of my tablemates was vocal about the fact that she did not like Corgis but she put up with my musings all the same. At the end of the project, she made a point to tell me that she felt like she would actually like Waffle if he were real, and she hoped I got my Waffle one day.

I was 19. I felt alone, isolated, and trapped. There was no end in sight. I wanted to die. With my counselor’s encouragement, the time I had previously spent ideating suicide was channeled into researching dog ownership and Corgis. I emailed every Virginia breeder listed on the breed club website. I received no response.

After a couple of months, discouraged and with depression closing in on me, I decided to try again. I saw a name on the club listing that I hadn’t noticed before. They were from my hometown! And they lived in my high school’s neighborhood! I couldn’t screw this up. I changed my appro 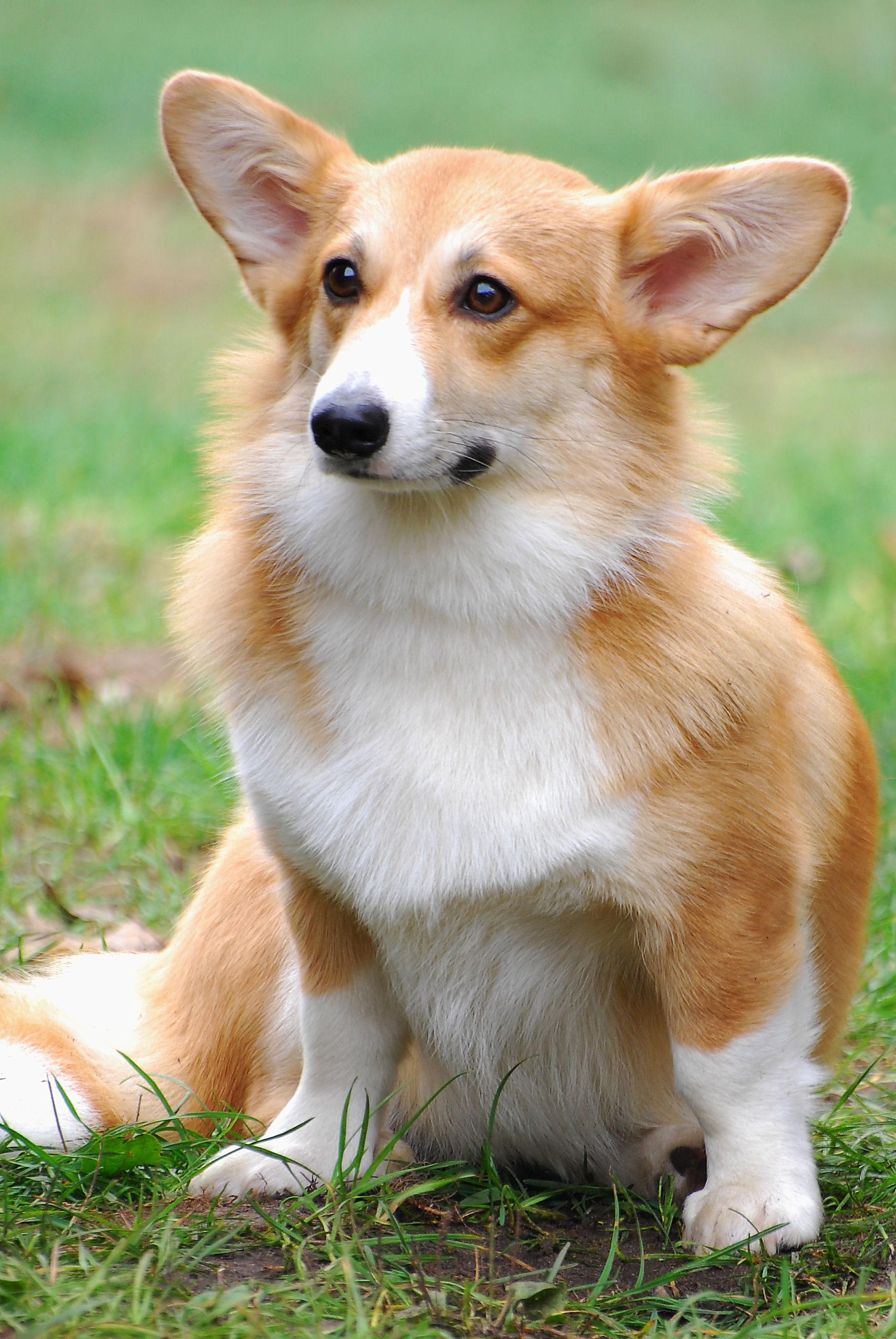 My dog passed away this morning. He was a 15.5 year-old corgi and his health took a sharp decline in the past week. We had taken him to the vet and were trying to get his health issues figured out when he developed pneumonia. We’d taken him to the emergency animal hospital here, so we didn’t even get to see him in the end.

I’m absolutely heartbroken. He was the first dog I ever had. We only got him 6 years ago (from an older couple who were surrendering him in order to move). I just don’t really know what to do with myself. The house feels so empty. He used to follow me everywhere. He was my little shadow. I just don’t know how to carry on. I go between crying jags and just numbly carrying on with the day’s duties. I just want this pain to go away.

Sorry to depress everyone who reads this. I just needed to talk about this somewhere.

👍︎ 937
📰︎ r/dogs
💬︎
👤︎ u/starsplummet
🚨︎ report
I am getting my second dog (Pembroke Welsh Corgi) in 2 months!! I’ve never had two dogs before, any advice on how to make this transition easier for both dogs? Also I don’t have a name for him yet, nothing seems to fit. I welcome all suggestions!!! 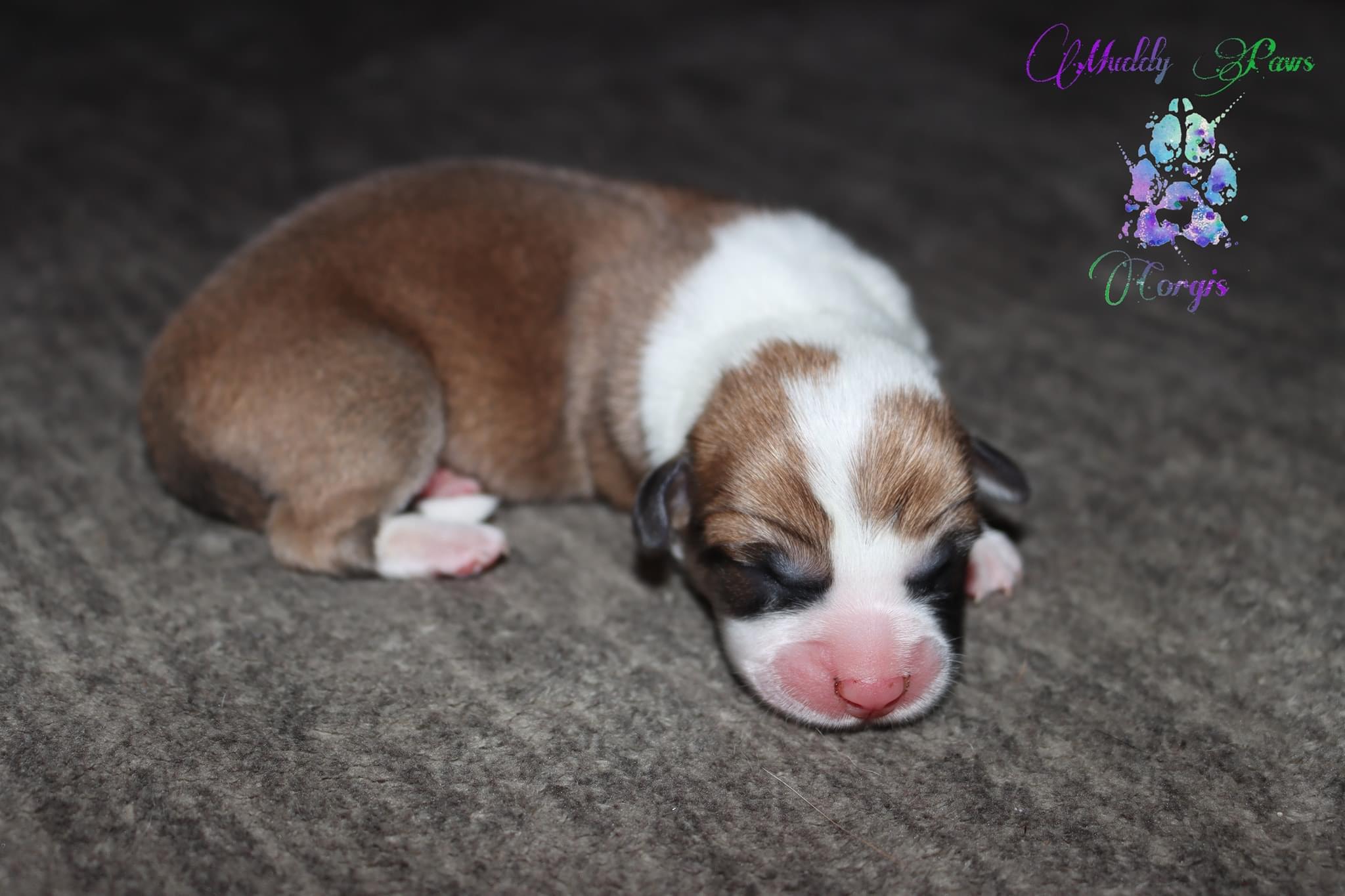 Hey everyone! Sorry if a post like this is repetitive/not allowed so feel free to get rid of it if so. But I was just writing to see how everyone’s first year with their corgis went and if people had a sort of timeline of milestones. Like how old was your corgi when they were officially potty trained? How old when they were learning basic commands? Things like that!

My girlfriend and I recently adopted our first little Pembroke at 8 weeks old last weekend so we have had him for a little over a week. So far has been pretty good! Has only had two accidents in the house in that time, has been socialized a bit with adults, and is definitely nippy with his teeth. And sleeping a lot that’s for sure.

I’m sure everyone’s dogs will be different but I was just wondering how other Pembrokes first years went so I have an idea of what our next year will look like. Thanks so much!

👍︎ 6
📰︎ r/corgi
💬︎
👤︎ u/haroldjim
🚨︎ report
Getting this little guy (Pembroke Welsh Corgi) in 2 months... at a loss for a name. I already have an “Albus”, who is also a corgi. I don’t want another Harry Potter name, or a name that sounds like Albus. Help!! reddit.com/gallery/m1z9bc
👍︎ 38
📰︎ r/NameMyDog
💬︎
👤︎ u/manic_pixie_dream
🚨︎ report
8 month old Pembroke Welsh Corgi (Zuma) loving the snow in Montana 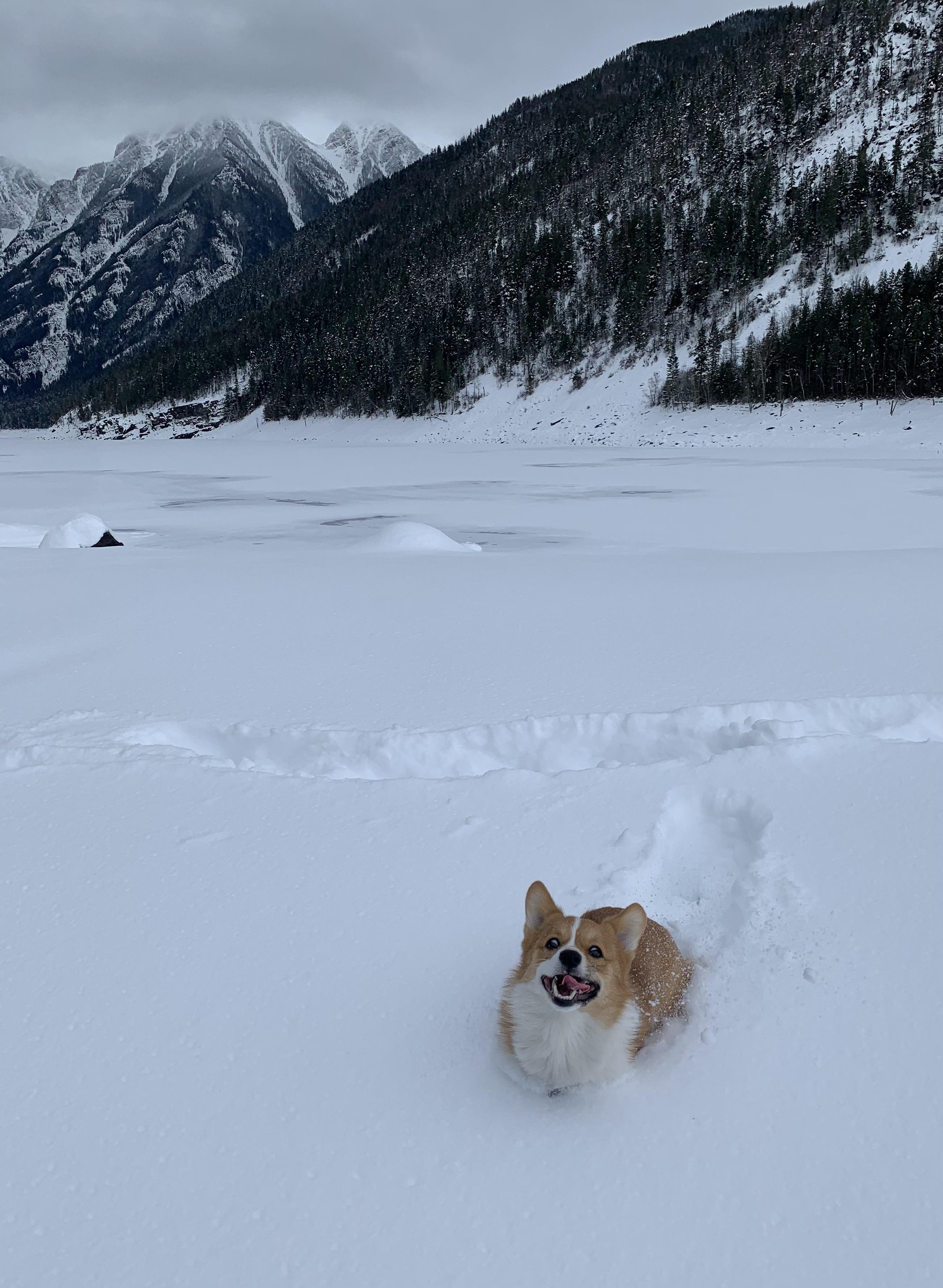 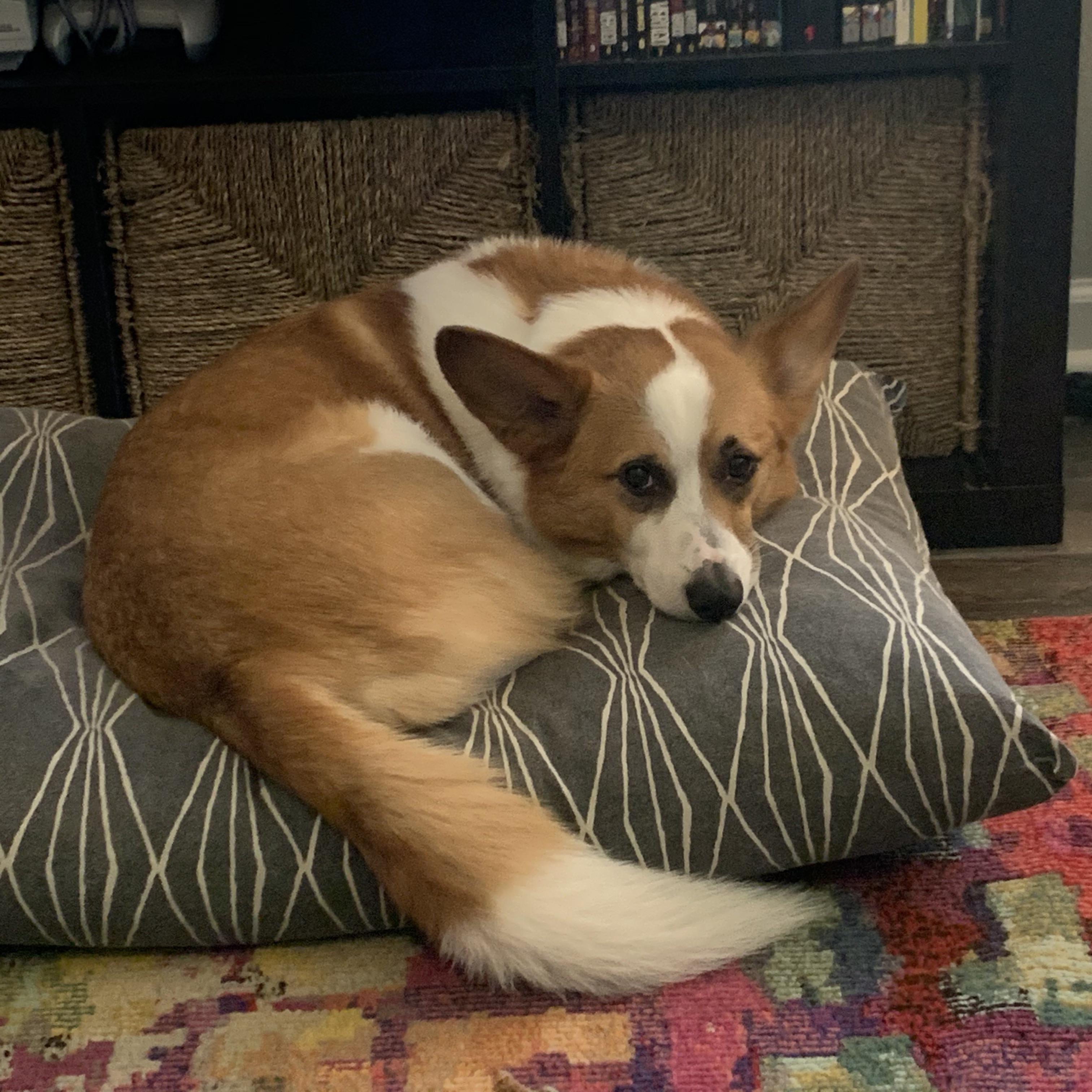 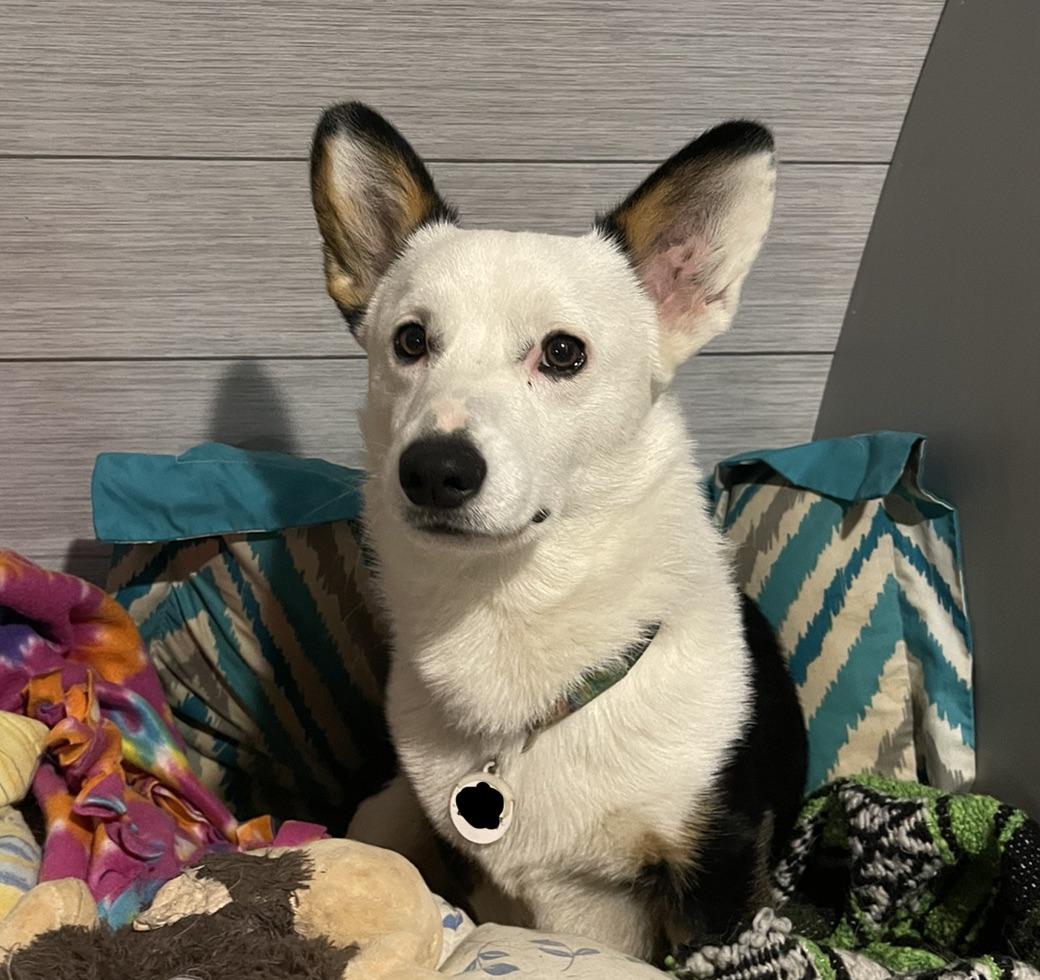 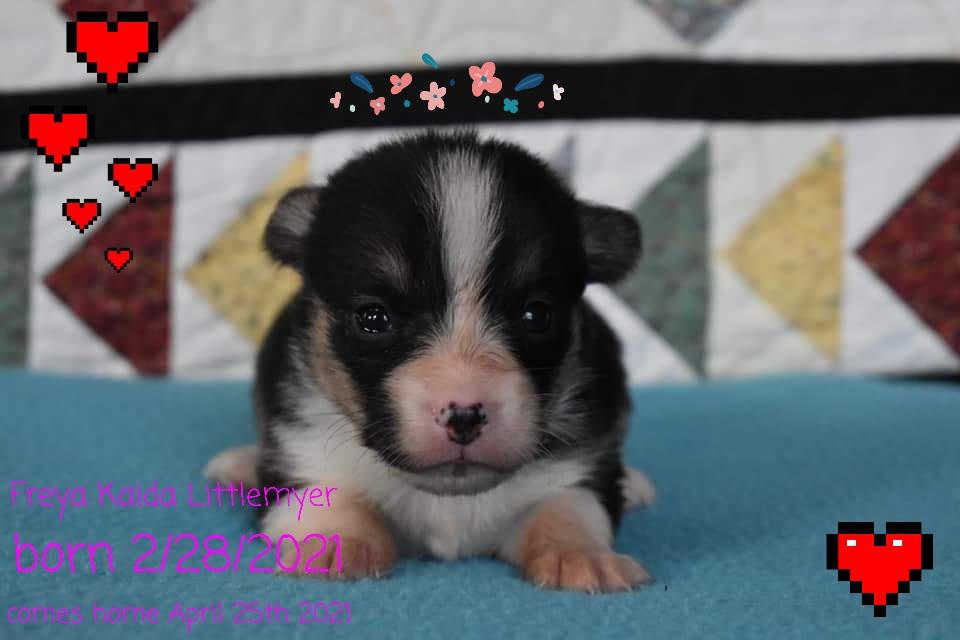 👍︎ 43
📰︎ r/pics
💬︎
👤︎ u/Kebbino05
🚨︎ report
My pembroke welsh corgi baby girl Prudence. I get to bring this cutie home after April 15 and it’s taking forever to get here! imgur.com/a/biIC4EK
👍︎ 15
📰︎ r/CorgiPictures
💬︎
👤︎ u/NotMyProblem79
🚨︎ report
Our newest addition to the family, Leeloo! Pictured with her brother Korben! She is an undocked pembroke welsh corgi. reddit.com/gallery/lbteo4
👍︎ 78
📰︎ r/BabyCorgis
💬︎
👤︎ u/paigfife
🚨︎ report
I asked early if it were normal for pembroke welsh corgis to have curly tails. Here’s a pic of my boy, Copper. 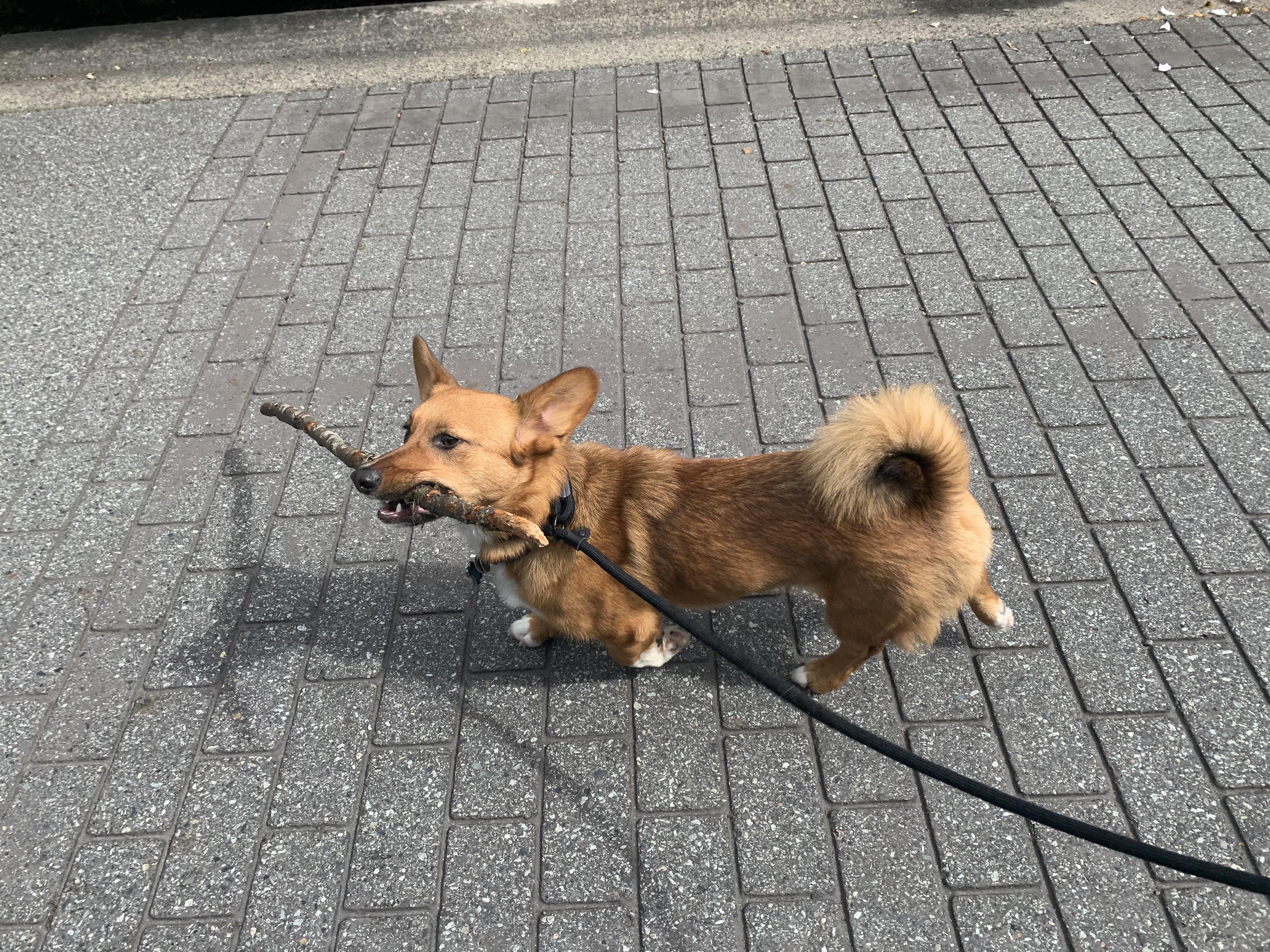 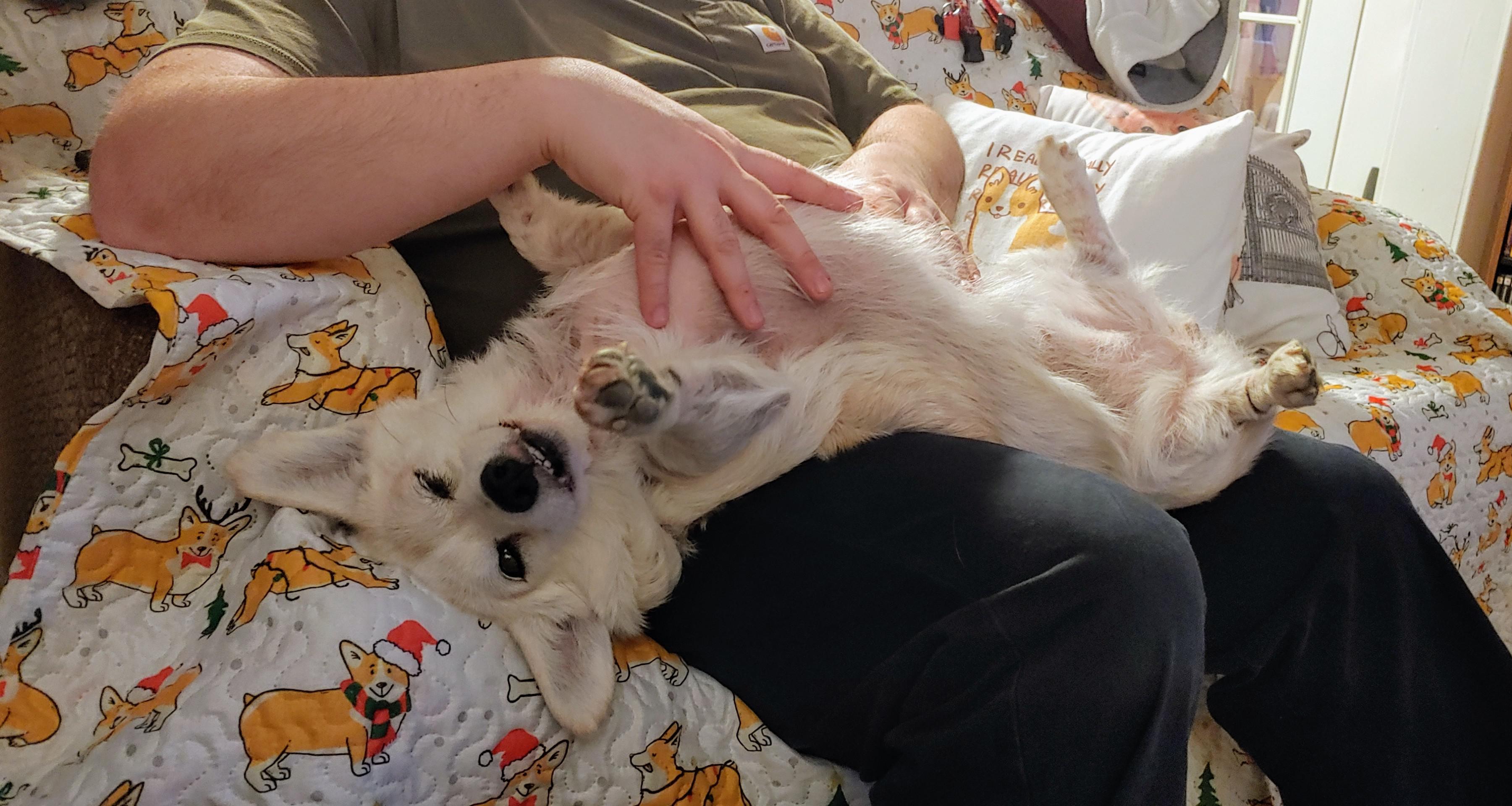 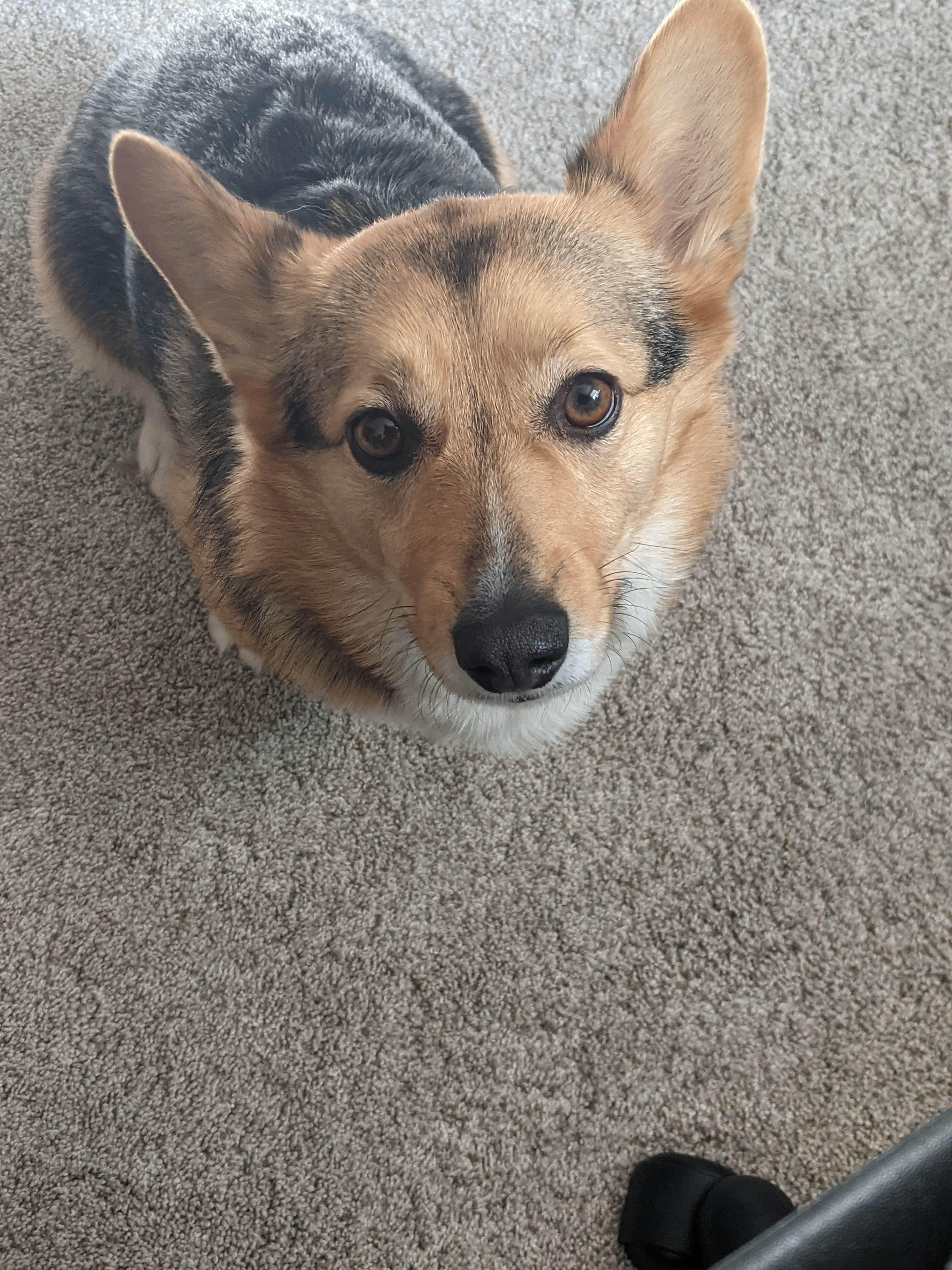 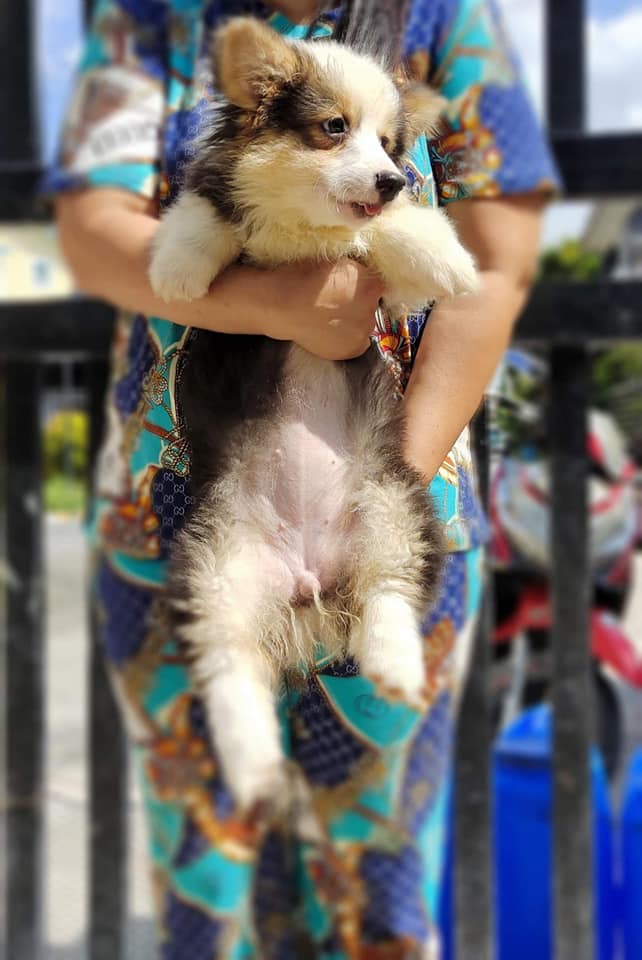 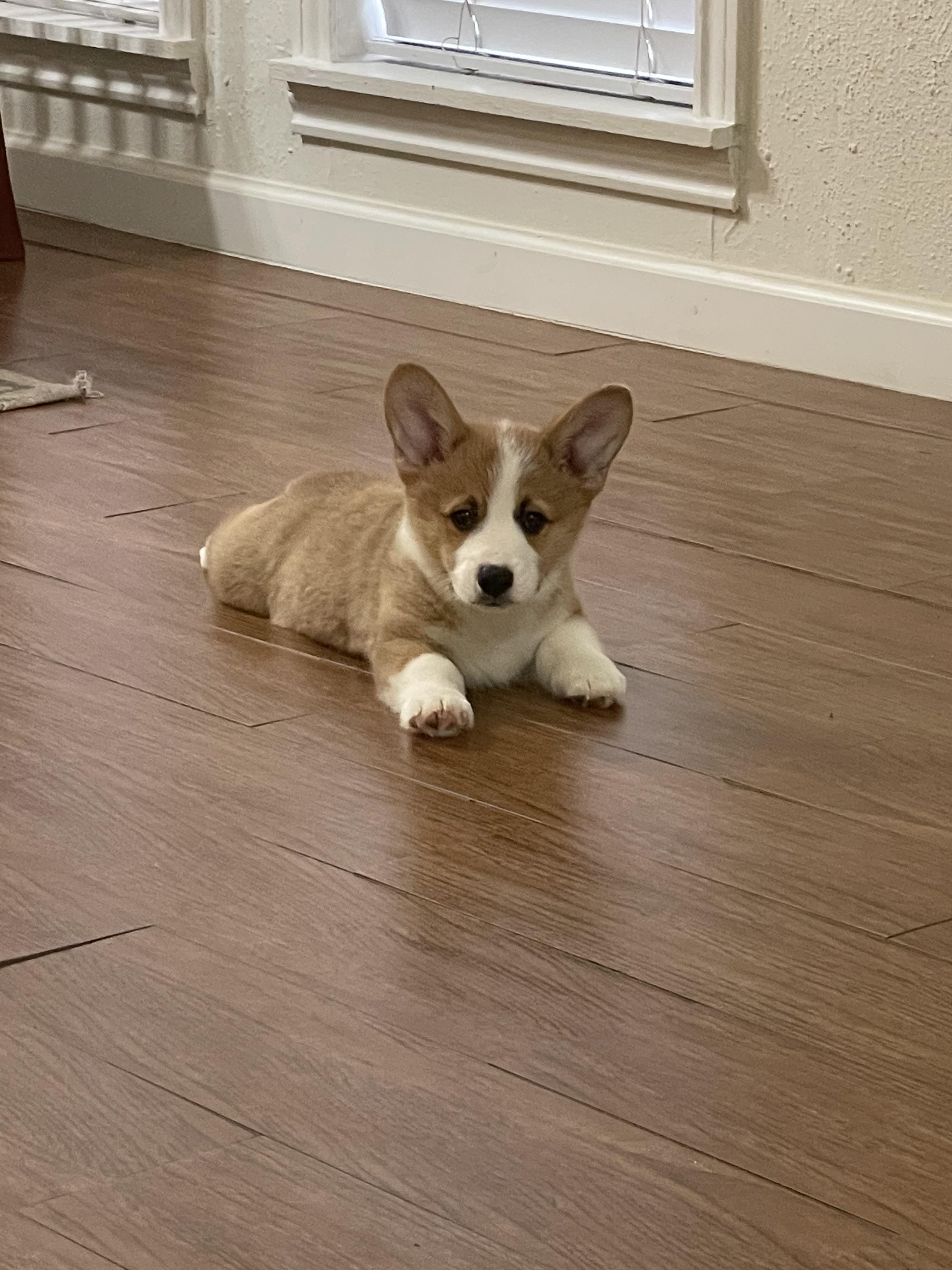 Wife and I would love to bring our pup out (again post Covid imagination) to dog parks and dog friendly places, so we’d love a dog that is sociable and comfortable with other pups.

We also were on the goldendoodle craze train, but I immediately hopped off after seeing so many horror stories on this sub.

Is it bad for my Corgi to weight 7 kg at 4 months ? He looks a bit chonky and I'm worried about him.

So this year I am going to be getting a corgi puppy, probably towards the end of the year. Does anyone have any advice or tips specifically when it comes to corgis? I read up a lot about them online, but i'd love to hear some first hand stories from people who have actually had corgi's. I would be interested in hearing about anything, but some specifics are: Health/health issues, temperment, training, or just cute stories you feel like sharing:)

Hello all dog dads and mamas,

We are in the middle of trying to find our next furbaby, lost our last on November 8th (RIP Peanut) and have started browsing for reputable breeders after having some really bad vibes from certain breeders. Let me preface by saying this is our first time dealing with breeders, our previous dogs have all been rescues. It is a WHOLE new world to us.

We stumbled on gooddog.com as a recommendation from a friend, and scrolling through some of the corgi breeders on there, we stumbled on Mill Creek's Cattle Dogs & Pembroke Welsh Corgis in North Carolina. Initial vibes were really good but after more discussion back and forth, we were told by the breeder they do not test the parent's for HP or have any ORF certs. Am I being over dramatic or is this a real red flag? They do test for DM, EIC, VWD1, & PRA-RCD3 and state all of their puppies are healthy (test results can be requested by us). While that is all well and good, I feel like it is odd they would stop at Hip Dysplasia knowing how severe of an issue this is for our little Corgis.

Has anyone ever heard or have experience with this particular breeder? I am quite turned off at the moment on them and am leaning to sticking to the PWCCA breeders/Mayflower breeders etc. Any words of advice or suggestions would be greatly appreciated. I hope everyone is staying safe during this crazy year. 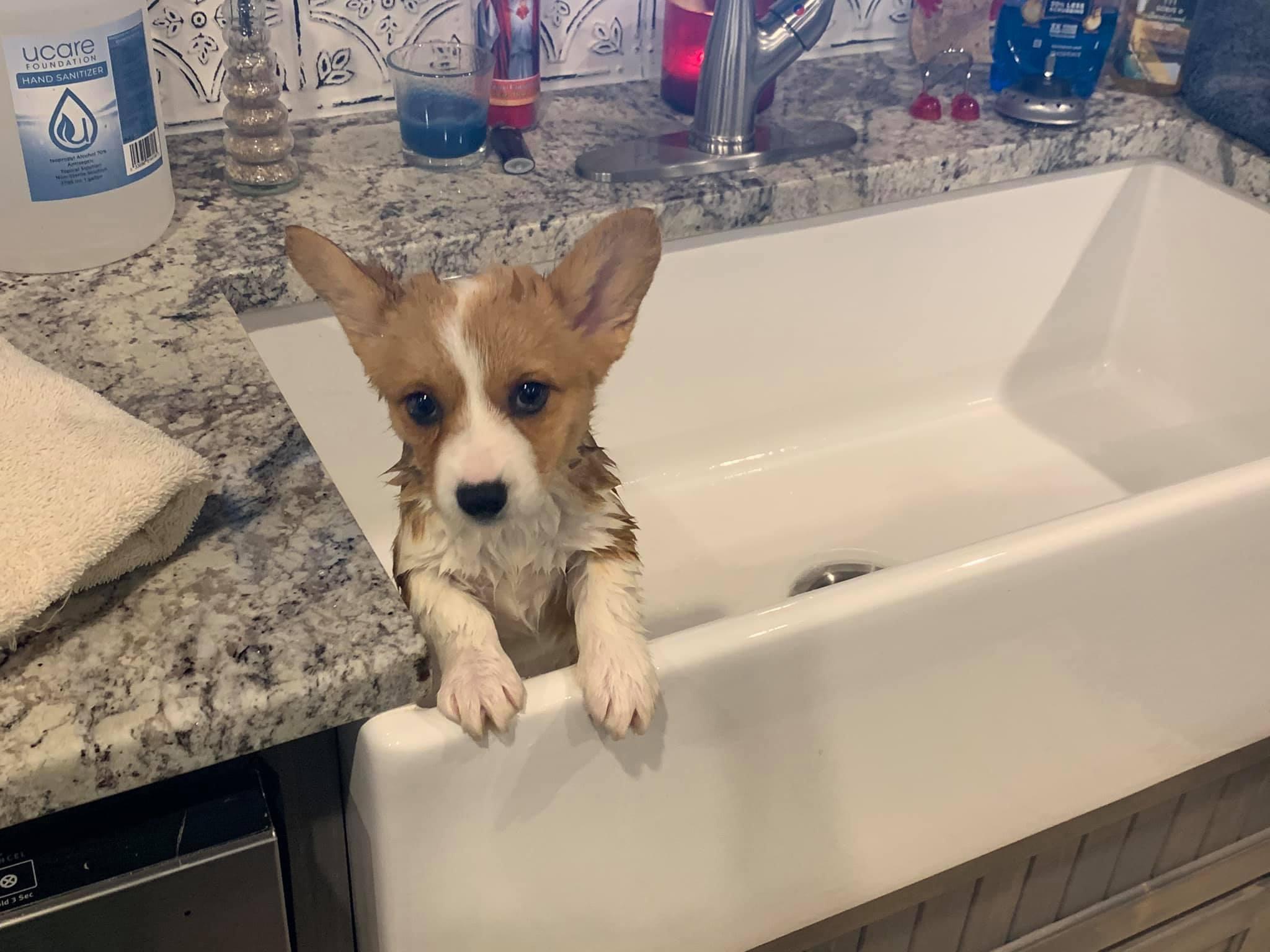 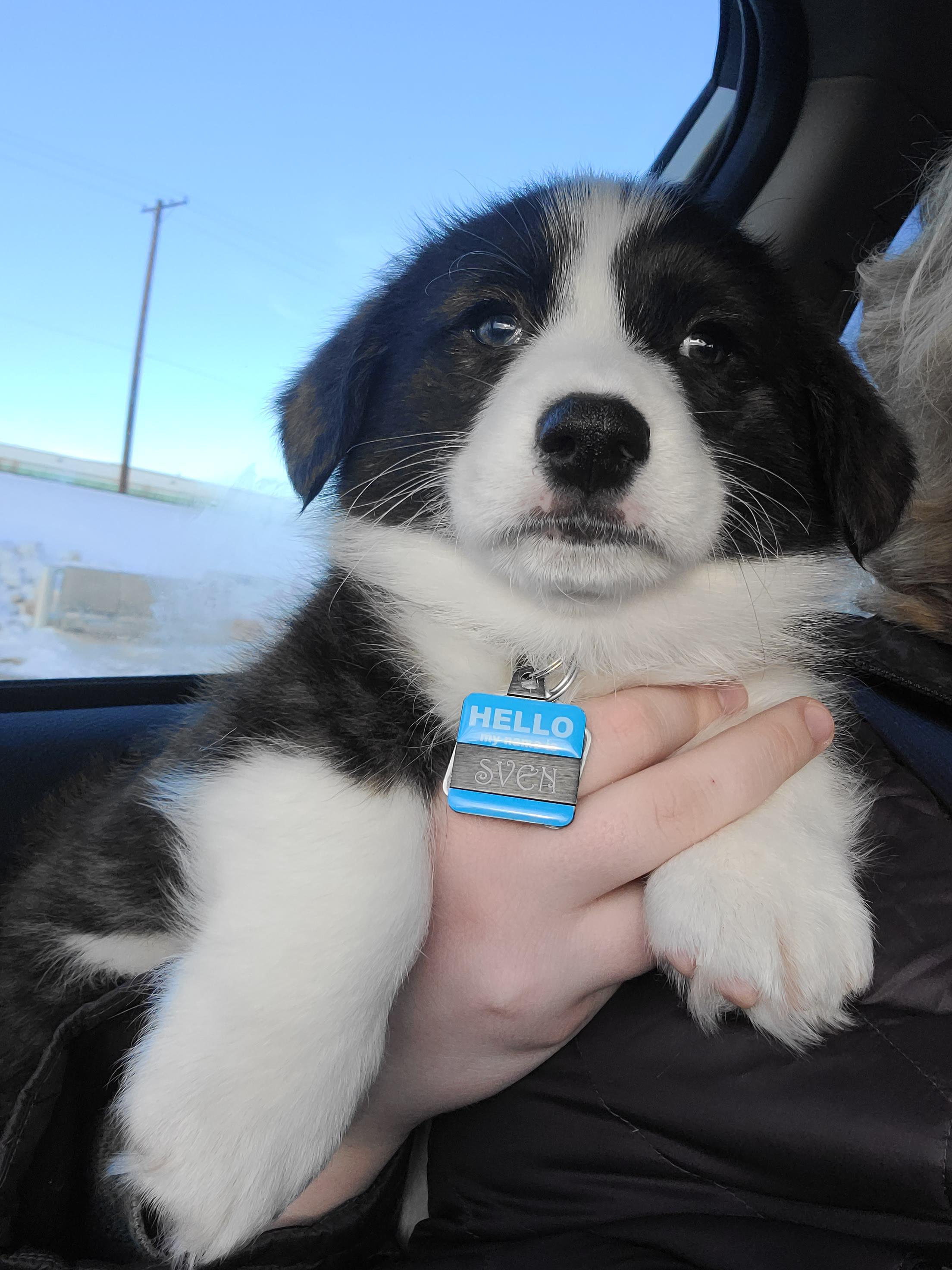 👍︎ 37
📰︎ r/aww
💬︎
👤︎ u/Idontknowwhatbox
🚨︎ report
Hi, My name is Charlie! I am a Pembroke Welsh Corgi who LOVES fetch. I live in Texas! Where are my other corgi brother and sisters from?? 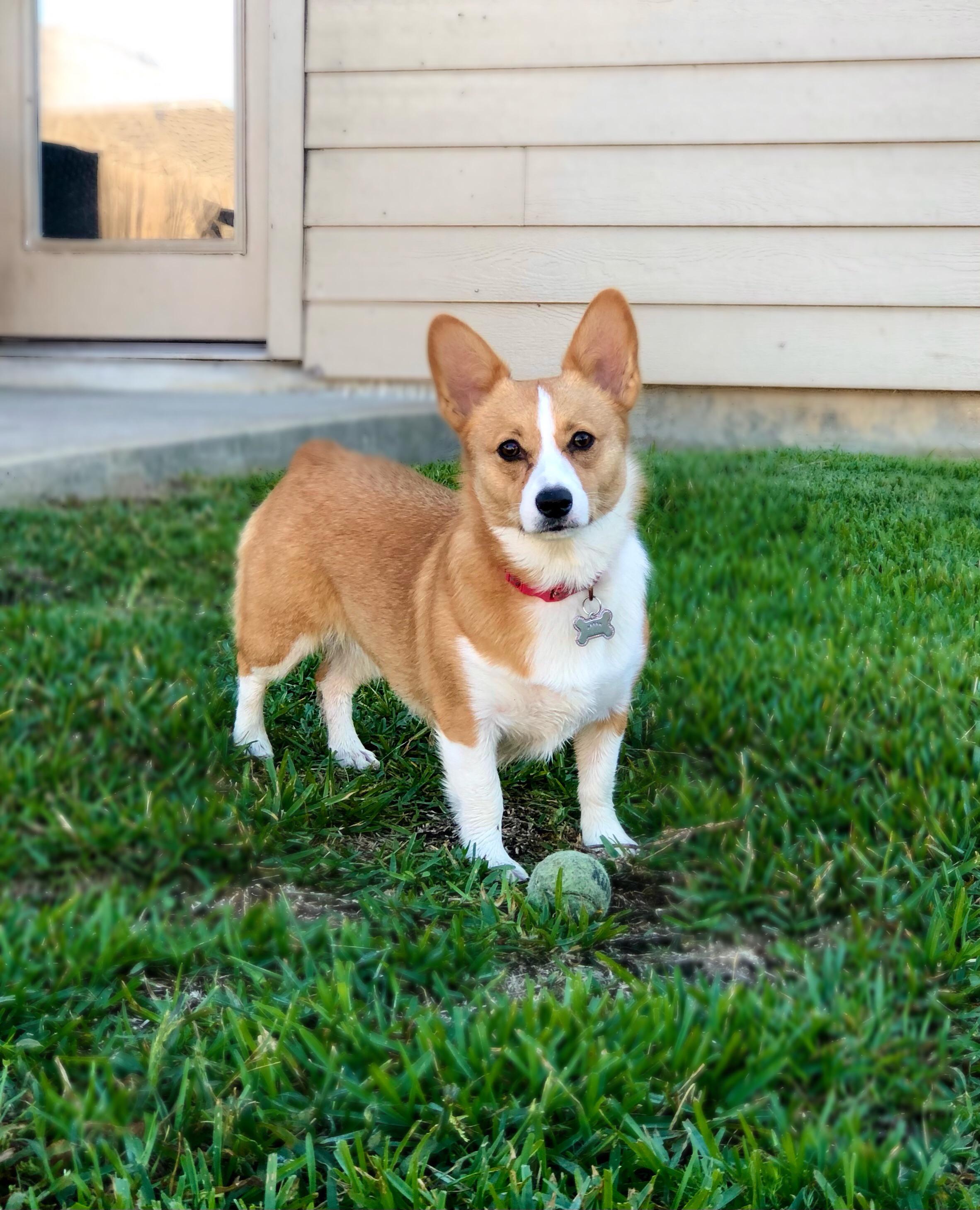 👍︎ 70
📰︎ r/corgi
💬︎
👤︎ u/shelberzlynnk
🚨︎ report
Our First litter ♥️ For those who have Whelped a litter, I am curious to find out the average birth weight for Pembroke Welsh Corgis. Just looking for a baseline 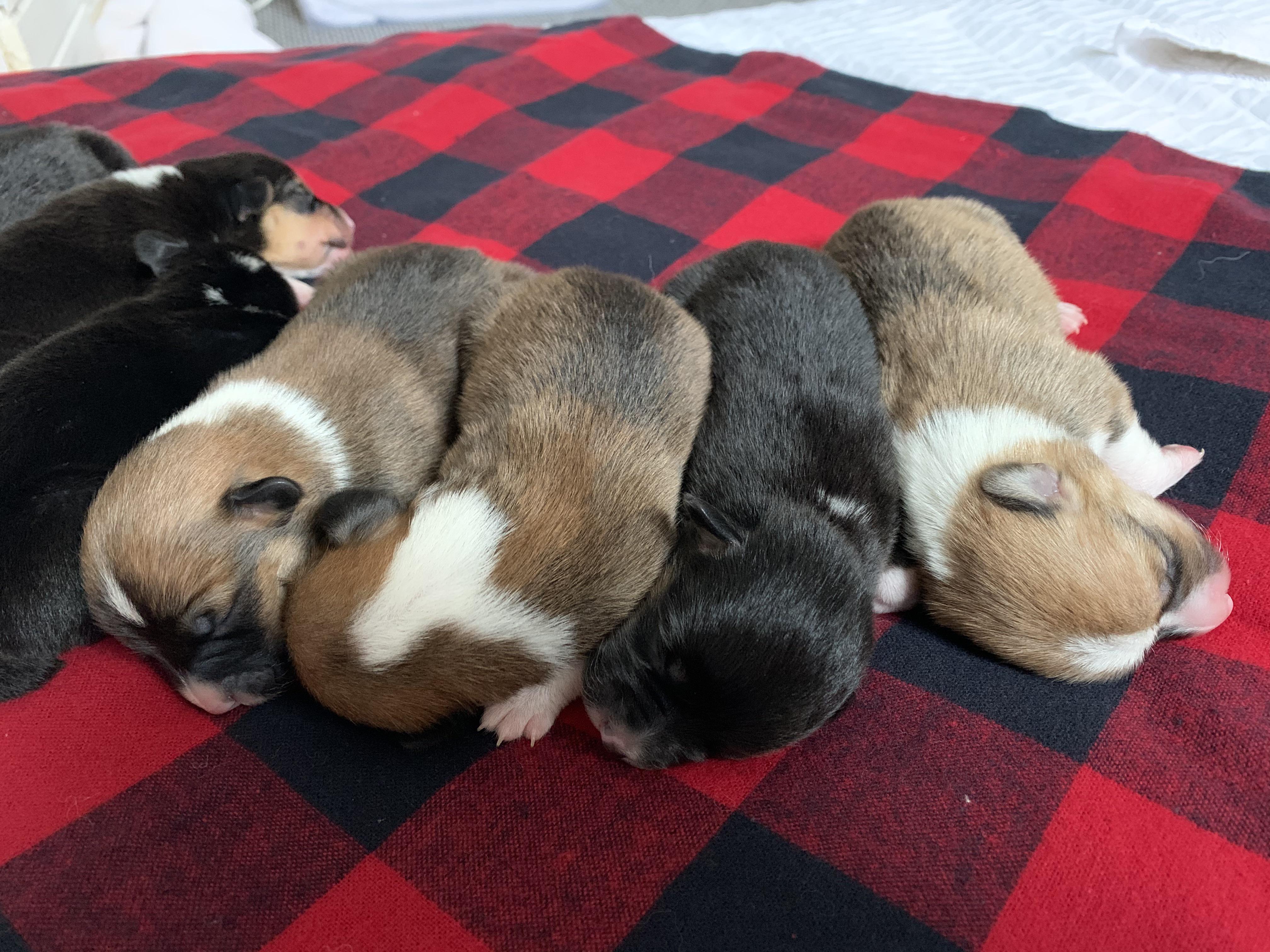 Hi everyone, I've been in recent contact with a Pembroke breeder who has told me that they frequently have blue and white (not Merle) puppies come through in their litters. I'm not planning on breeding or showing, but want to make sure any dog I adopt is healthy and not prone to health problems. Does anyone know if this is a red flag regarding the breeder's puppies or if it's a normal occurrence/not something to worry about? Thanks in advance! 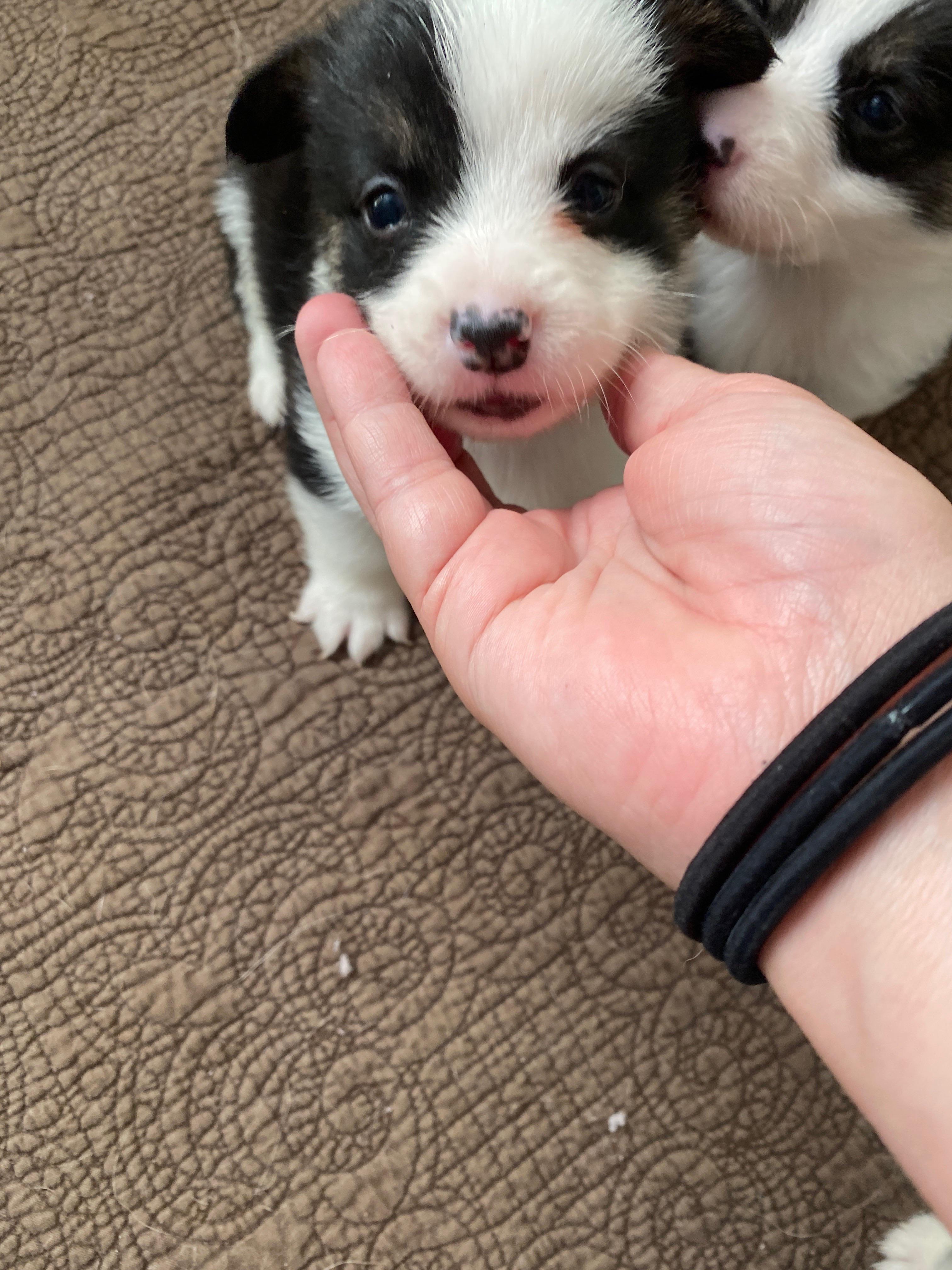 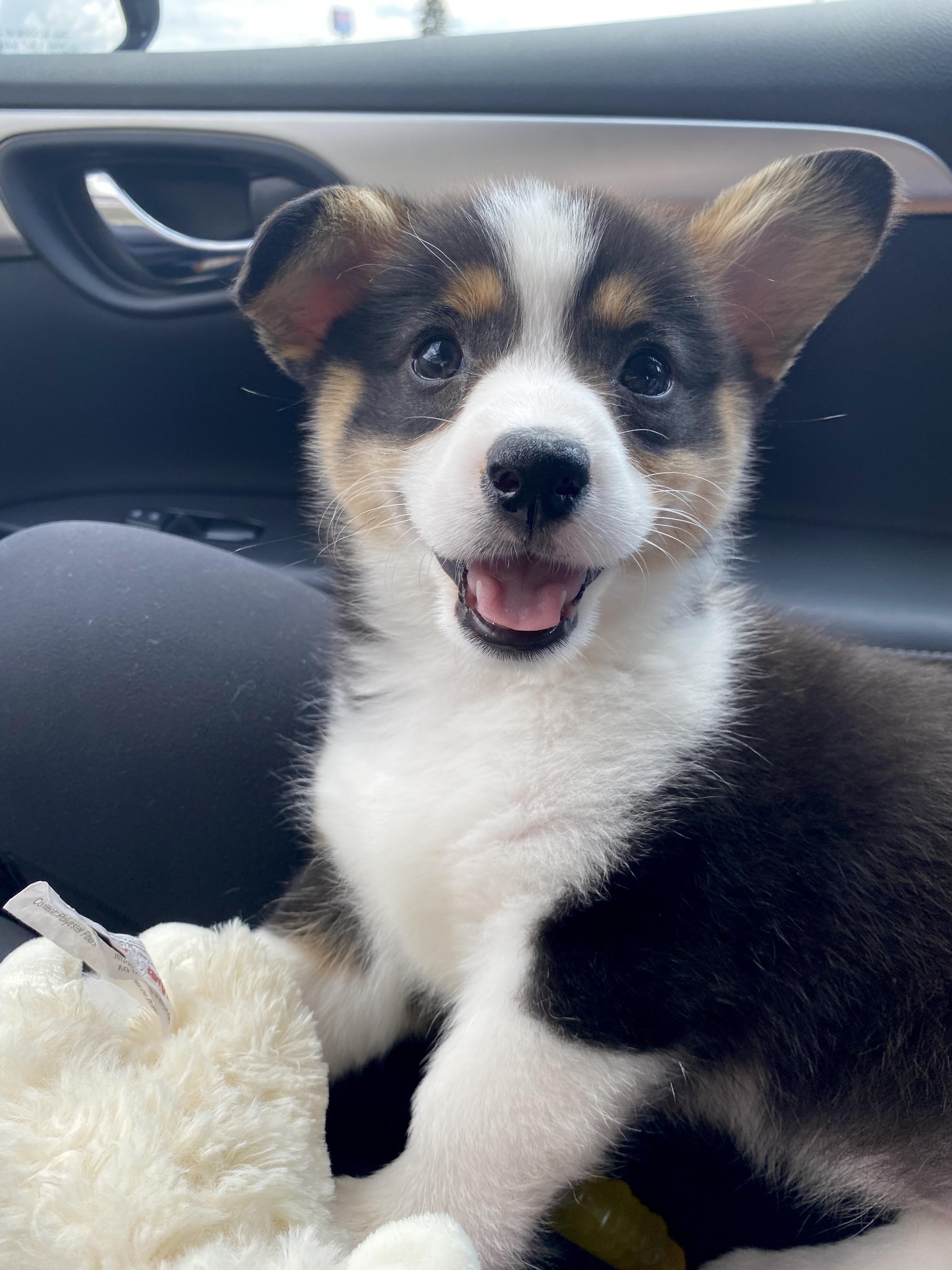