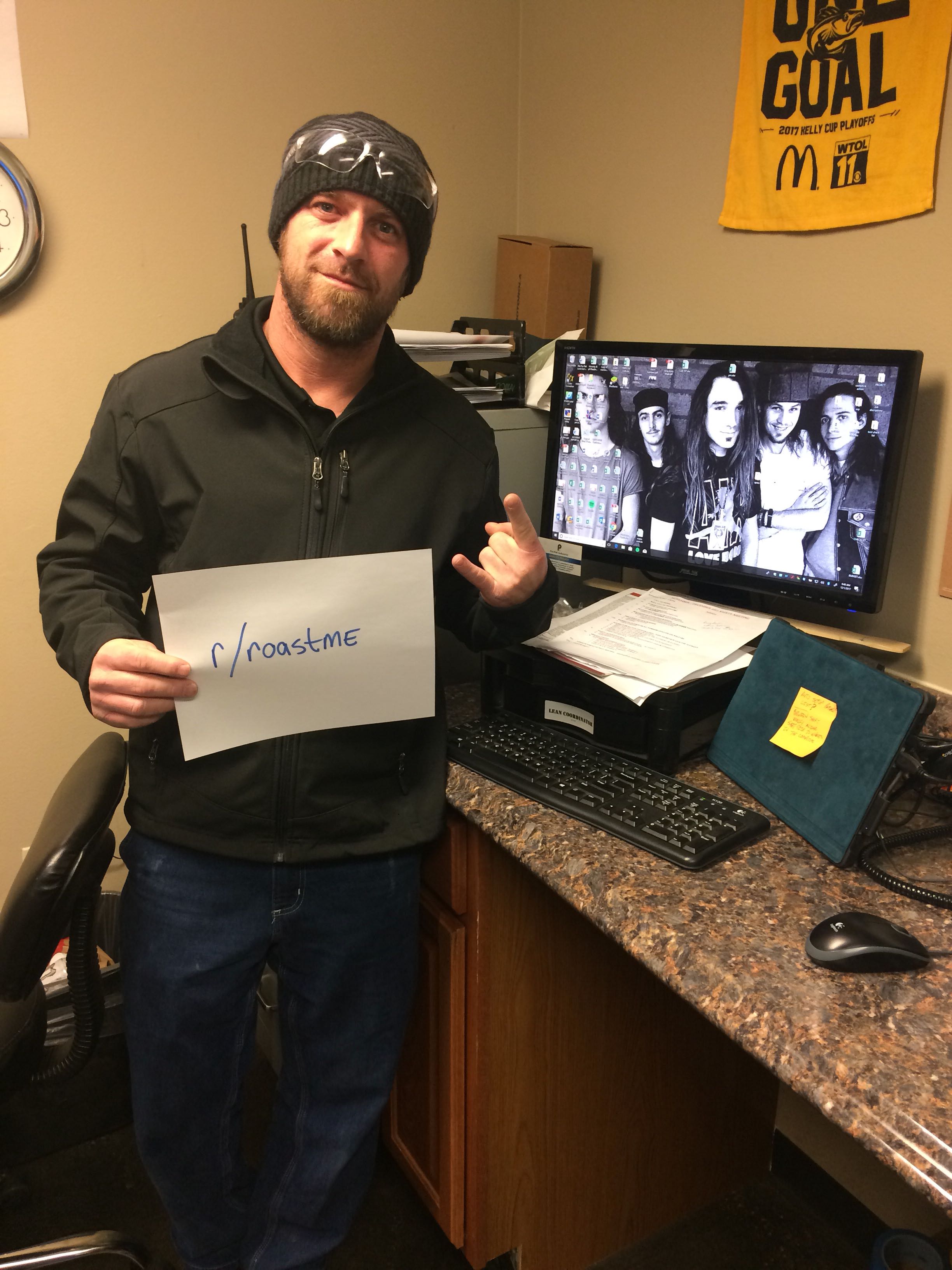 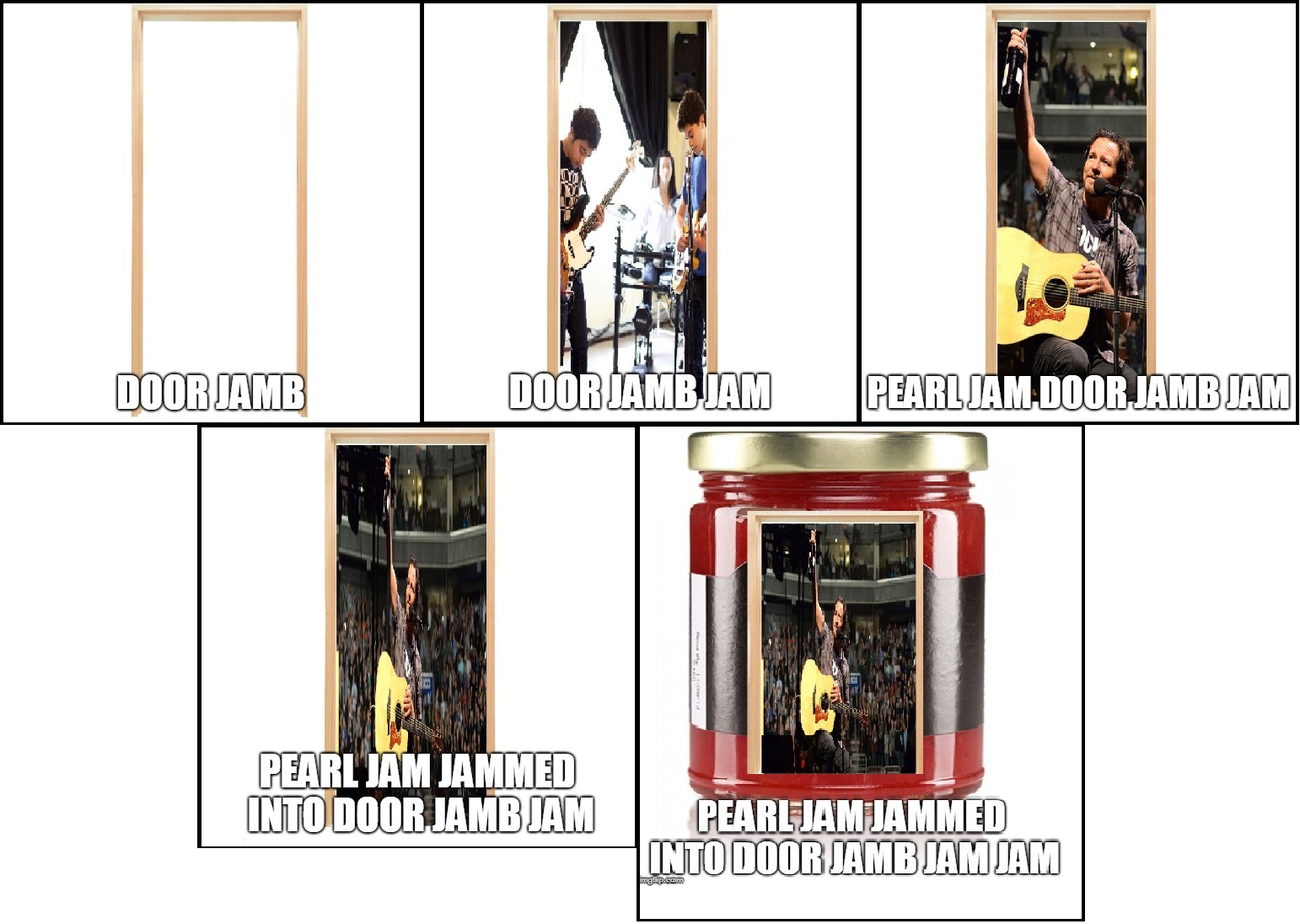 Hey guys, I was wondering if anyone had the tab for the Juturna B-side "Pearl Jam Jam". Or the basic chord progression or anything really. Its been stuck in my head all day and I'd really love to learn it. 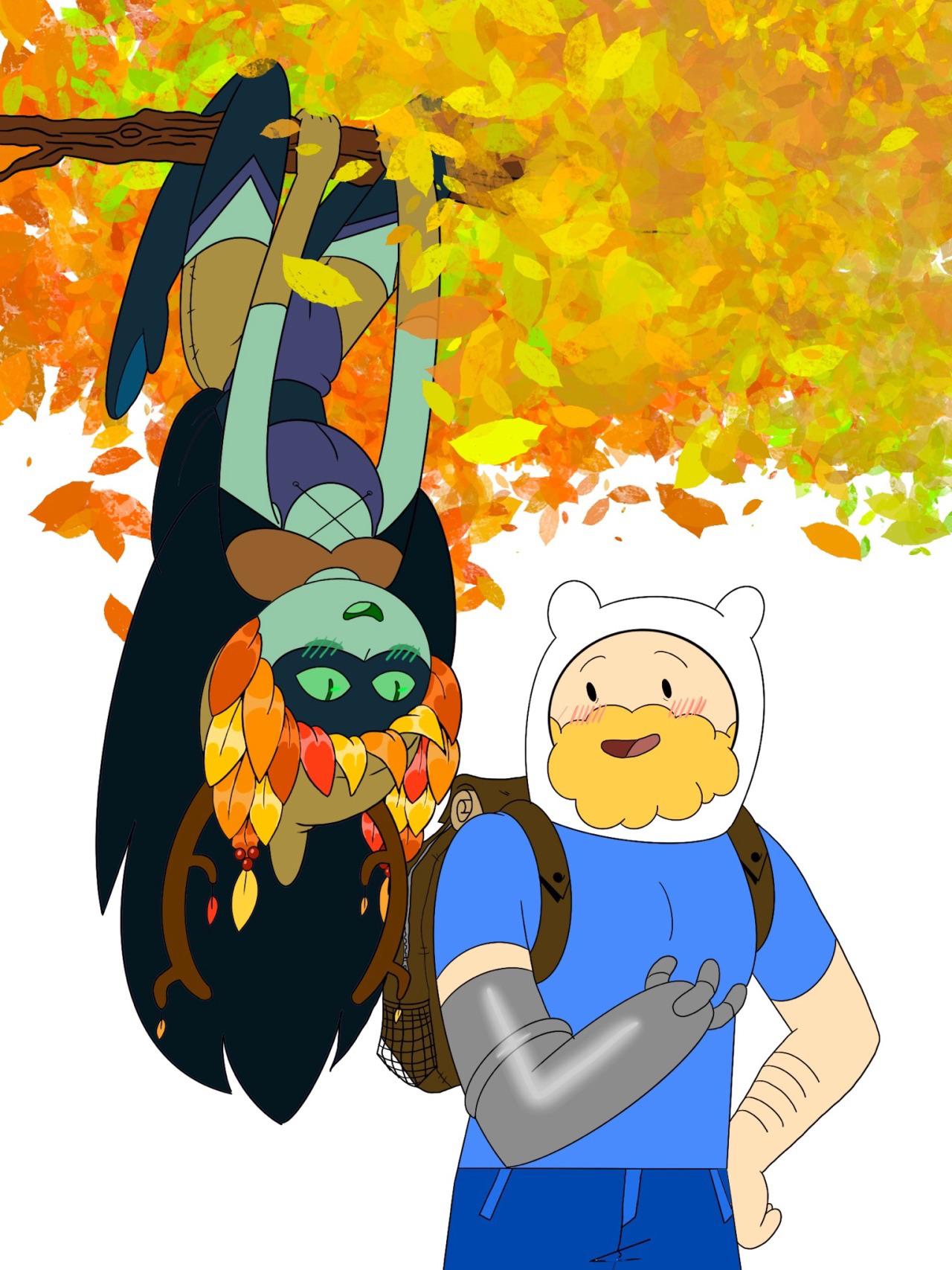 *From Tom Bout on the Pacific Northwest Music Archives group on facebook:

" This is probably my favorite Pearl Jam story. In Nov of 1997 the internet was brand new. Most people had to boot up AOL off a hard disc. The modem would screech and make all kinds of funky noises and then, eventually, you’d have access to the internet on America Online.

Once on AOL you could go to the message boards. So I would choose “Music” subcategory “Alternative” subcategory “Bands” subcategory “Pearl Jam”. I actually kind of met a couple people through this message board. One of those people was a guy named Aaron who lived in Sacramento. One late night Aaron logged on to the PJ AOL message board and saw an exchange that happened just moments before he logged on.

All posts on AOL were time stamped and if you knew someone’s screen name you could send them a DM. So the exchange he saw was something like this: Random Girl: I wish Eddie wouldn’t spit so much on stage. It’s gross” Person 1: Sorry. Sometimes I need to clear my throat” Again, just moments before he signed on. He thought “could this Person 1 really be Eddie Vedder?” So he sent that person a DM. And sure enough Person 1 claimed to be Vedder. Aaron communicated with Person 1 for a bit, kind of like pen pals. One day Person 1 tells Aaron that his band will be playing a warm up show in Santa Cruz because they’d be opening for The Rolling Stones two nights later in Oakland. He tells him that he is invited and that he could bring friends and he’d add Aaron to the guest list.

I had finagled my way into the guest list and drove up from LA where I lived at the time working for Immortal Records. I met Aaron outside the Catalyst Club in Santa Cruz. He was obviously a little apprehensive because, you know, it was just some anonymous person he had been talking to and he and his friends had driven from Sacramento. So we walked around to the back of the club to find Eric Johnson, PJ’s tour manager. I asked Eric if I was on the list and he confirmed it then I said “This is Aaron. Could you check if he is on the list? Eric agreed. He asked Aaron “What’s your name?” “Aaron So-and-so plus 17” Wait. Plus SEVENTEEN? Eric looked at him like “yeah right” and walked back into the club. He was in there what felt like hours but it was probably only like 10 minutes and returned to us and looked at Aaron. “Yep... you plus 17”

Yes. It was Vedder he had indeed been communicating with on AOL but what really struck me was that 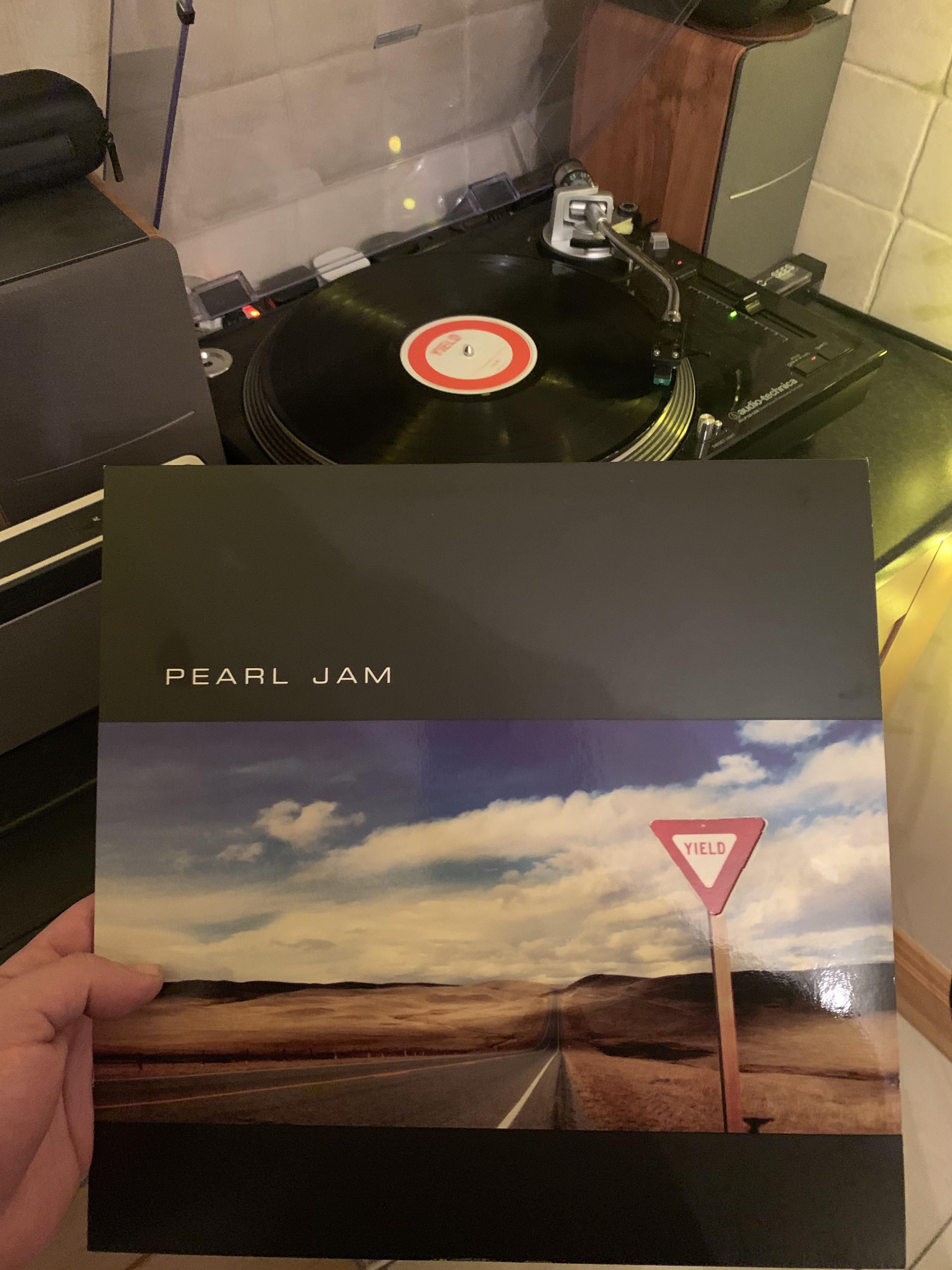 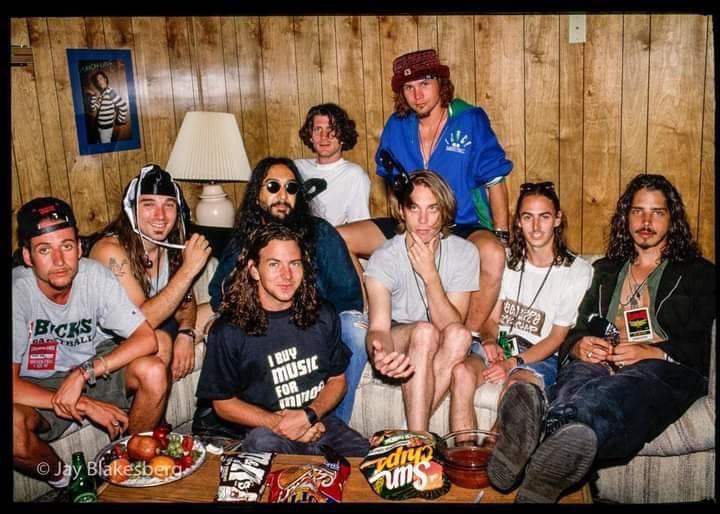 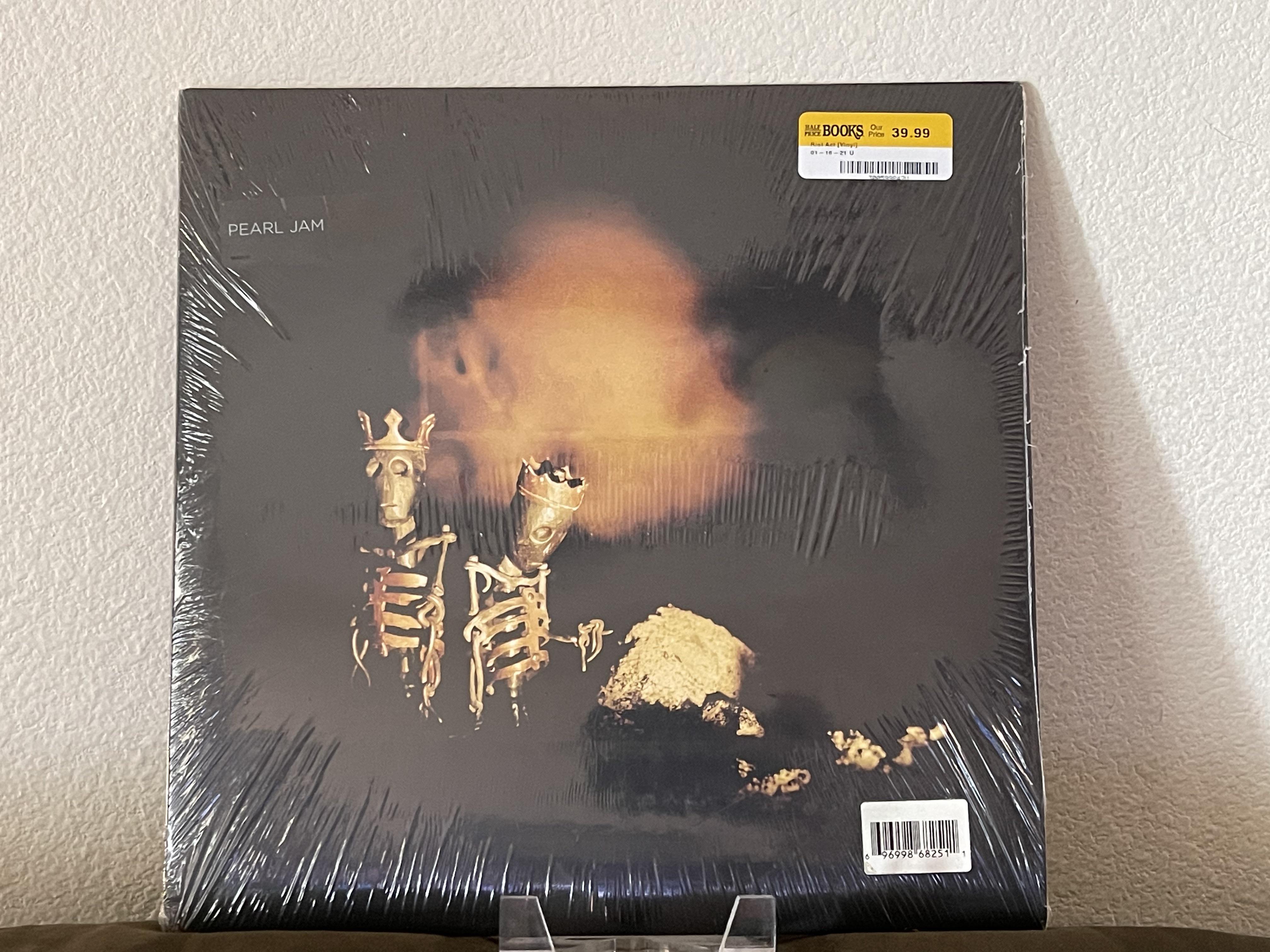 Hey everyone! We're gonna be doing one that's requested often, and I'm surprised we haven't done it yet. Get ready to rank the 11 song helping that is Pearl Jam's iconic debut Ten! Rank, discuss, all that!

👍︎ 45
📰︎ r/music_survivor
💬︎
👤︎ u/BoatingTurtle
🚨︎ report
Mad Season - Above. Members of Alice in chains, pearl jam and screaming trees, how could it not be brilliant 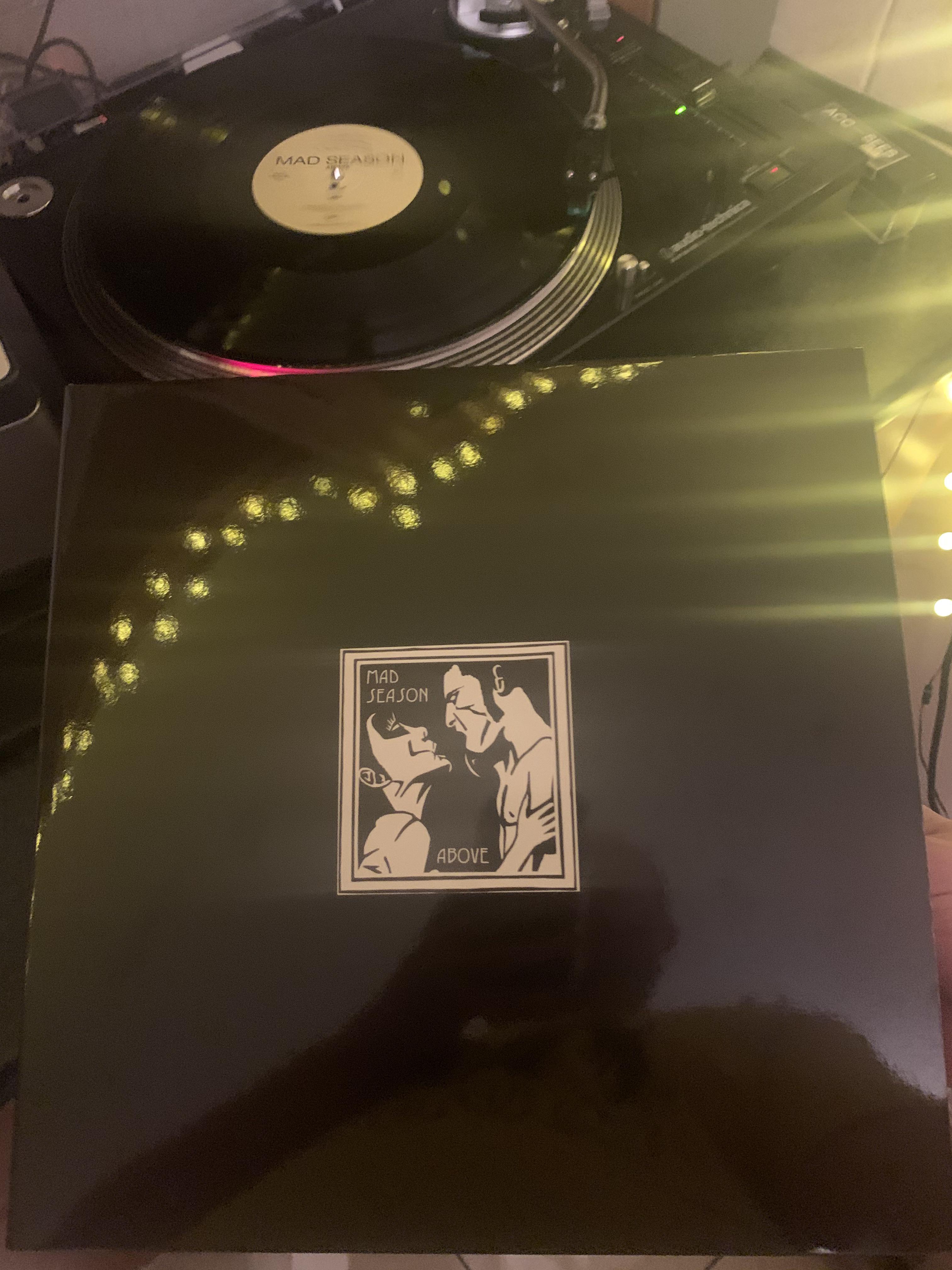 Please Coachella gods make this happen! If RATM decides to just tour I would definitely love for Pearl Jam to be the Friday headliner.

👍︎ 32
📰︎ r/Coachella
💬︎
👤︎ u/IndependentFront8
🚨︎ report
Abstract Pearl Jam Ten Cover - 12x16" acrylic and pastel on art board, still wet. This is just a little guy but I've done it much larger by commission. It was my first CD as an 11 year old. <3. 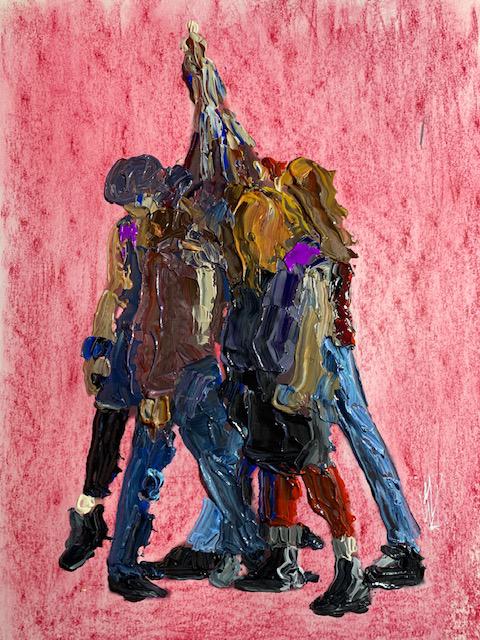 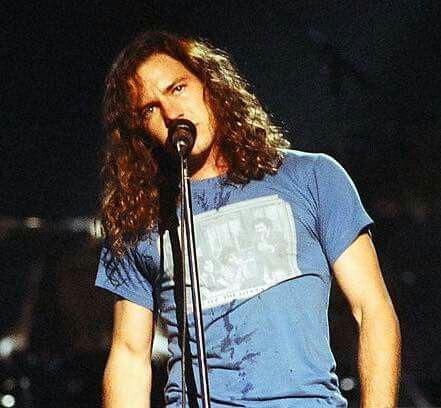 This has been my lockdown project.

I signed up to guitar tricks for a year and they have a pretty good selection of song lessons, so I said I'd try tackling this one. I learned the whole song but decided to make a recording of the "interesting" part, the solo which I love.

I know the bends right at the end are a bit flat, to be honest this was probably the 5th take and the old fingers were getting tired! 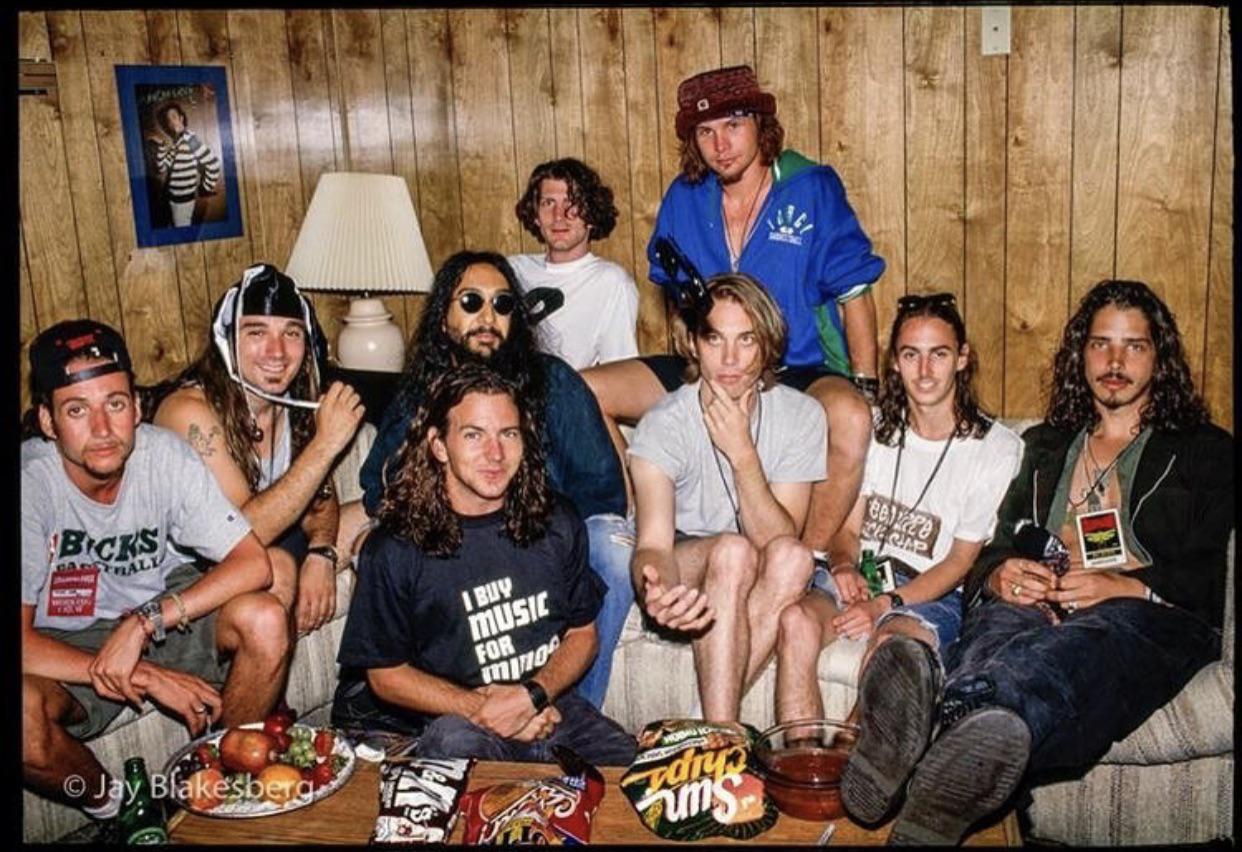 Somehow I always thought the song was saying the daughter wasn't fit to call herself his daughter. I'm currently fetal in my closet for the first time in a very long time, and as duh as the realization that put me here was, equally as duh is it that the song actually means the parent isn't good enough to call me daughter. that's awesome...20 years later lol 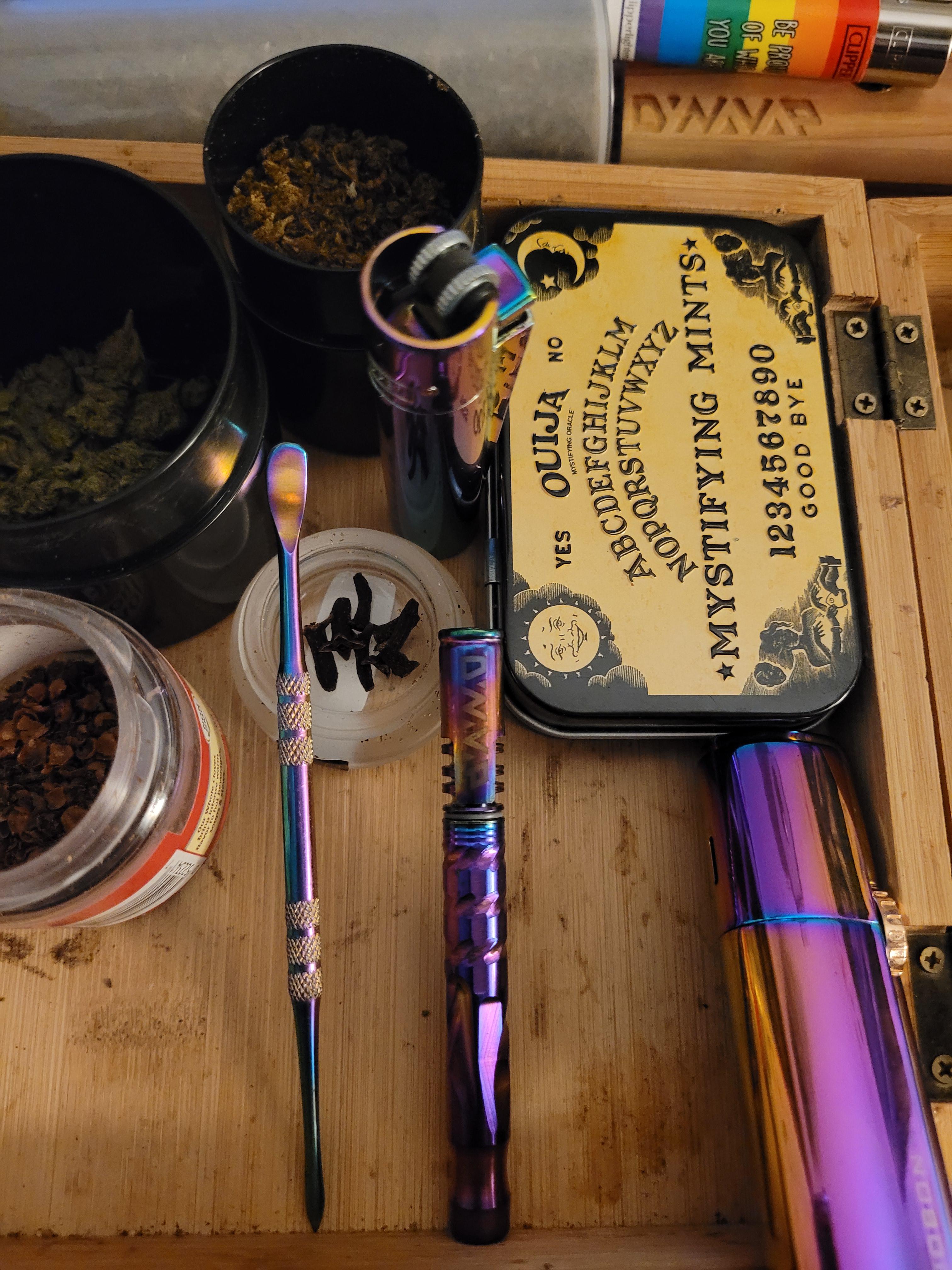 👍︎ 54
📰︎ r/Dynavap
💬︎
👤︎ u/HulaDolly
🚨︎ report
PEARL Jam unplugged MTV platomania.nl/article/727…
👍︎ 12
📰︎ r/VinylReleases
💬︎
👤︎ u/schurize
🚨︎ report
I love when Pearl Jam plays two of their songs back-to-back, without a break between them. Ones like Lukin/Not for You, Untitled/MFC, or Interstellar Overdrive/Corduroy are highlights for me at show and go so well together. What dream song combinations would you like to hear during the next tour?
👍︎ 16
📰︎ r/pearljam
💬︎
👤︎ u/OWULax17
🚨︎ report
Pearl Jam Tampa 2016 and Chicago 2018 Posters for sale or trade

Hello, I have a Tampa 2016 poster and a Chicago 2018 Paul Jackson poster that I would like to sell or trade. Both have been in tubes and well taken care of. Not looking to sell for a bunch of money and would be willing to trade for something cool.

Looking for the first original ‘93 US pressing of this record

Media at least NM and would ask for a play grade before selling, I’ve heard that some copies have a skip on Dissident. Sleeve VG+ or better

Hoping to pay around or slightly above Discogs median price, but definitely willing to be flexible

A lot of people who've joined have said they never realized this exists, so I'm just making this post as a reminder that the Pearl Jam Discord server exists. It has recently surpassed it's 1 year anniversary! We have over 300 members and a fairly active and nice community where everyone is welcome! Chat about the band, find out all there is to know about it and we also host fun events once in a while, so feel free to stop by :)) 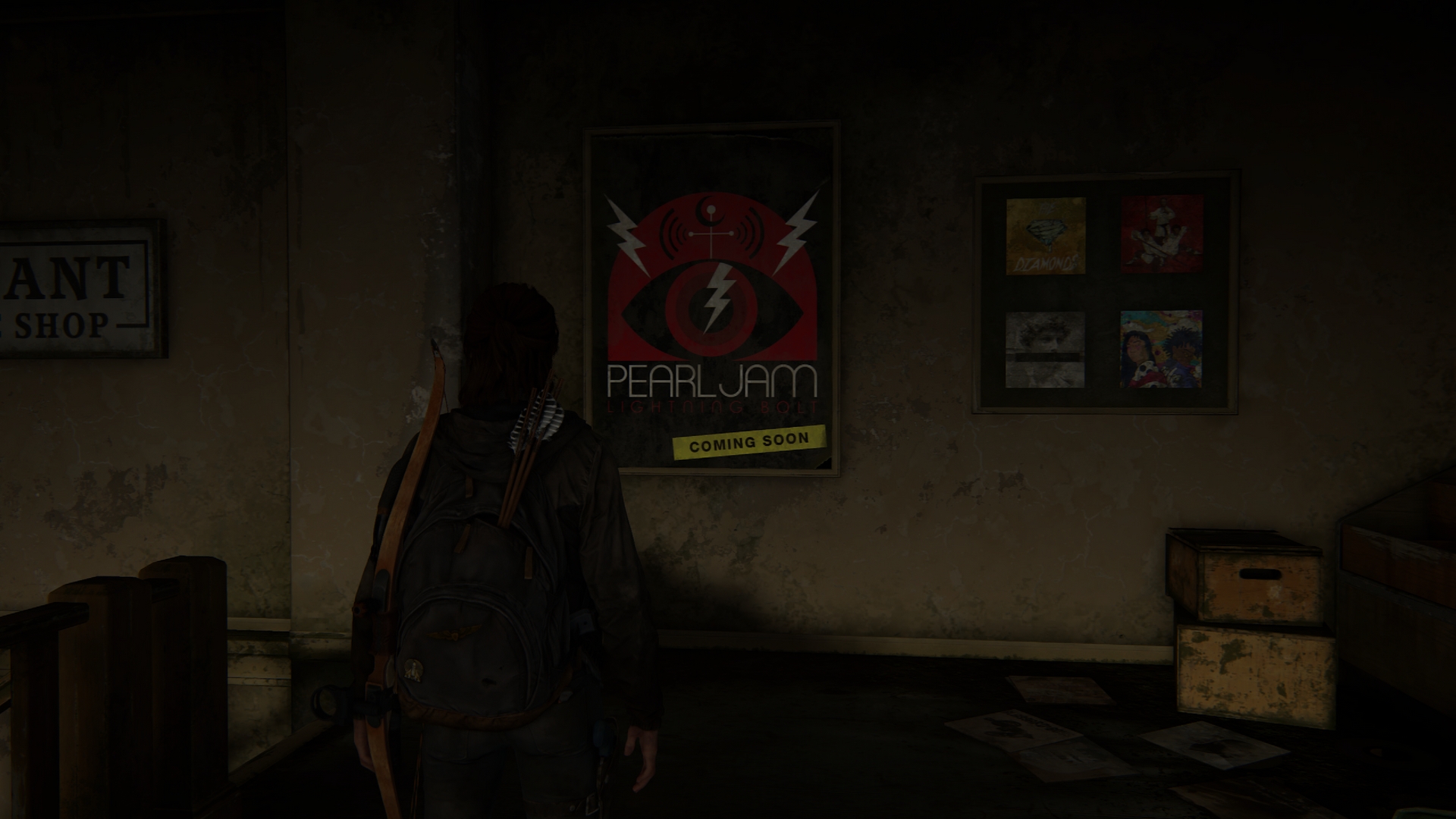 This was the day for Porch.

Oceans was dragged out by the current.