Please help me identity this instrument sandwiched between the second flute and the cors anglais. The one playing the triplet 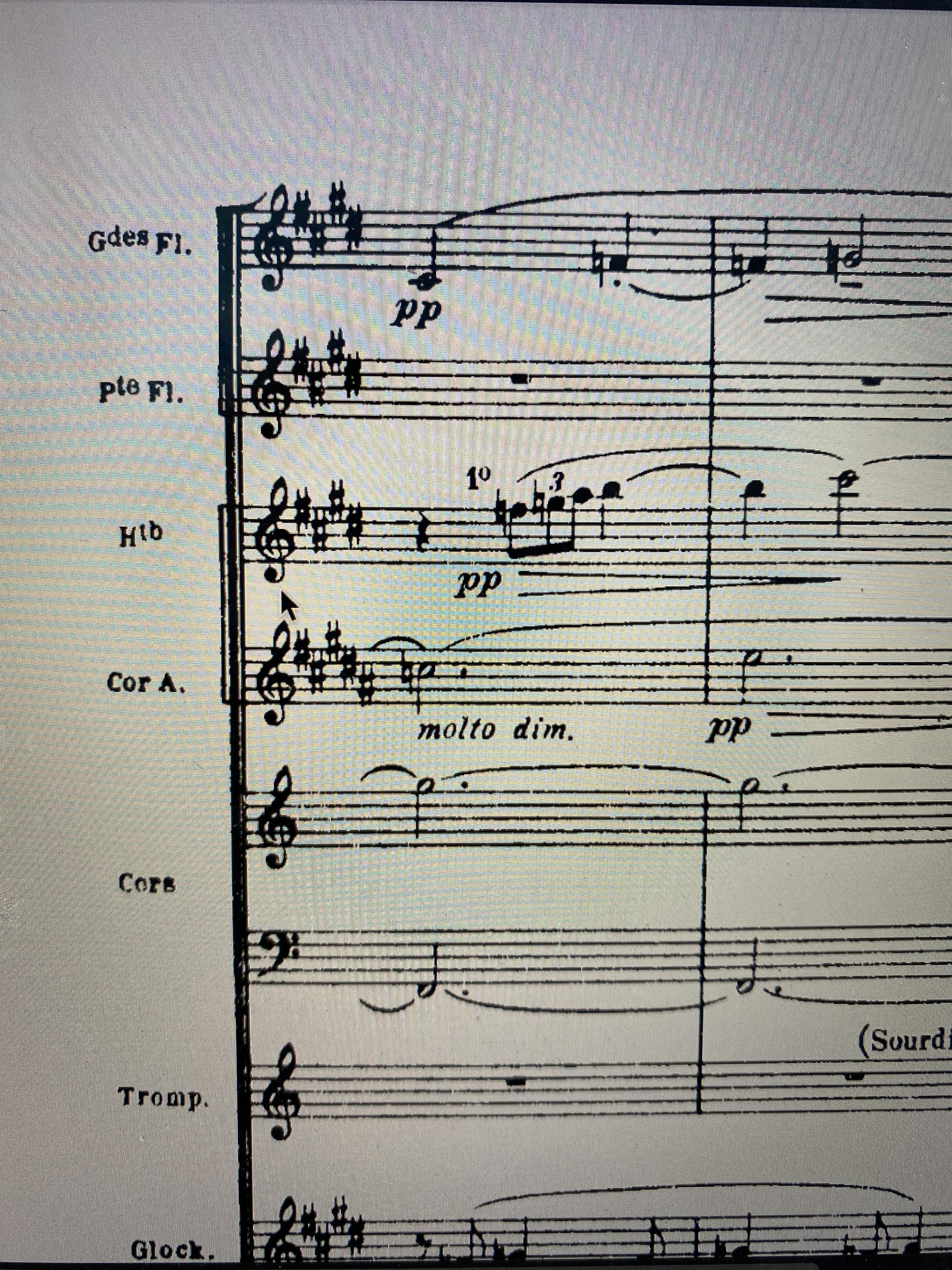 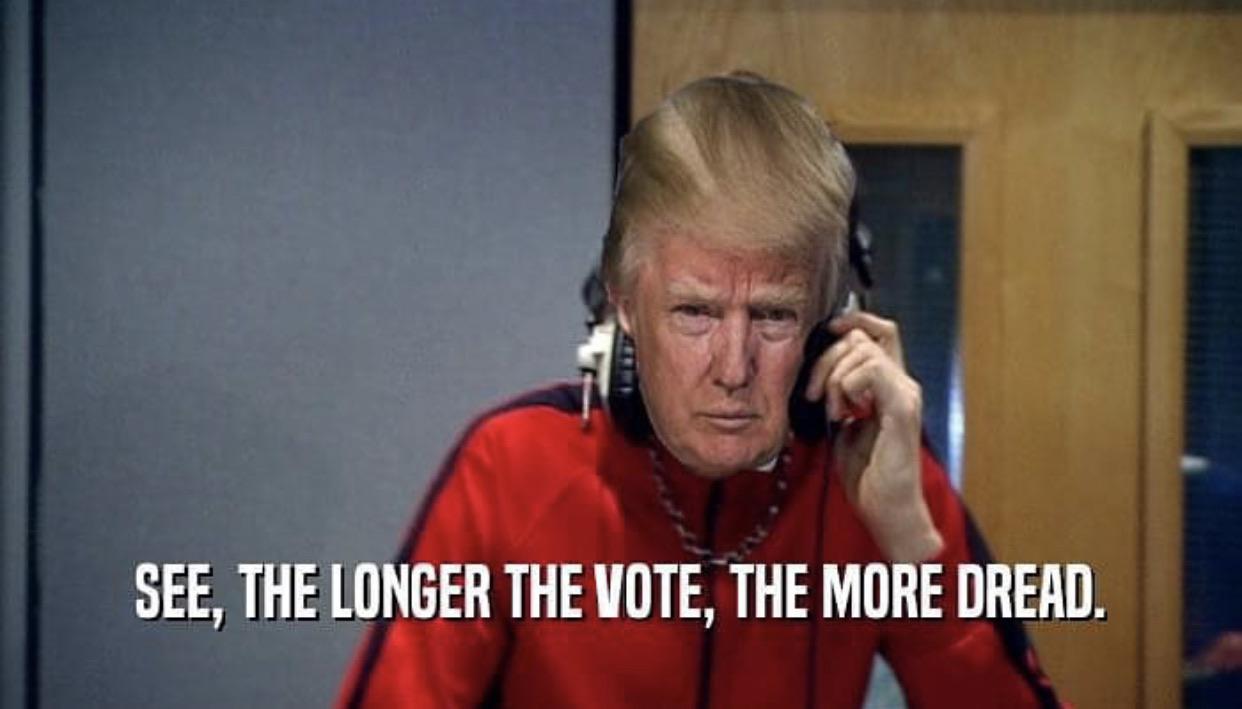 There lived, until recently, a very wealthy man who had two loves in his life, which definitely weren't his wife and daughter.

His passions were for accumulating ever more money, and for finding proof of the supernatural.

As the man approached his autumn years, he gave up even any pretence to care for his family. Though she never formally divorced him, his wife moved to France twenty-two years ago, with his infant daughter. He'd see his daughter twice again; his wife, never.

He acquired a sprawling estate. Kept tabs on his business interests remotely. He'd not set foot in his boardroom since 1999.

And he began to collect. Testimonials, transcripts, "evidence" of any kind. Photos, videos, mostly unpublished. Of ghosts.

Using several fronts, and carefully-worded classified-adverts, he offered cash for corroboration of the spirit world.

I married his daughter, for love not money, if you can believe such a thing. And since she still wants nothing to do with the man, I find myself here amid the detritus of fifty thousand foolish, deluded or downright fraudulent cash transactions. Trying to make sense of the madness.

Every room filled with boxes, piled high with eyewitness accounts of the extraordinary. Of witchy trinkets and devilish sketches. All disregarded.

All except for one.

His diaries detail everything except names and dates. But since no further entries follow his account of buying the curious antique "cor Anglais", and since he was found clutching it, eyes wide with surprise, it can be assumed that this odd oboe was his final "phantom" purchase.

He'd sent a man to Morocco to complete the deal. Three hundred and fifty million dollars, half of his fortune, and thirteen years, spent negotiating to aquire the device. Insanity.

It's said to carry a curse so terrible that even speaking of it is sometimes suicidal; writing of it's wicked wonders is a definite death-sentence.

His butler, who served for thirty-three years but recieved nothing in the man's will, brought me the instrument atop a velvet cushion. It was clear from the fear behind his eyes, that this was due to him not wishing to touch it.

Scorchmarks on the cor Anglais were supposedly caused by a senior police-officer attempting to incinerate it, before he tore out his own throat. The butler told me this before leaving forever. He also bid me finish what the offic 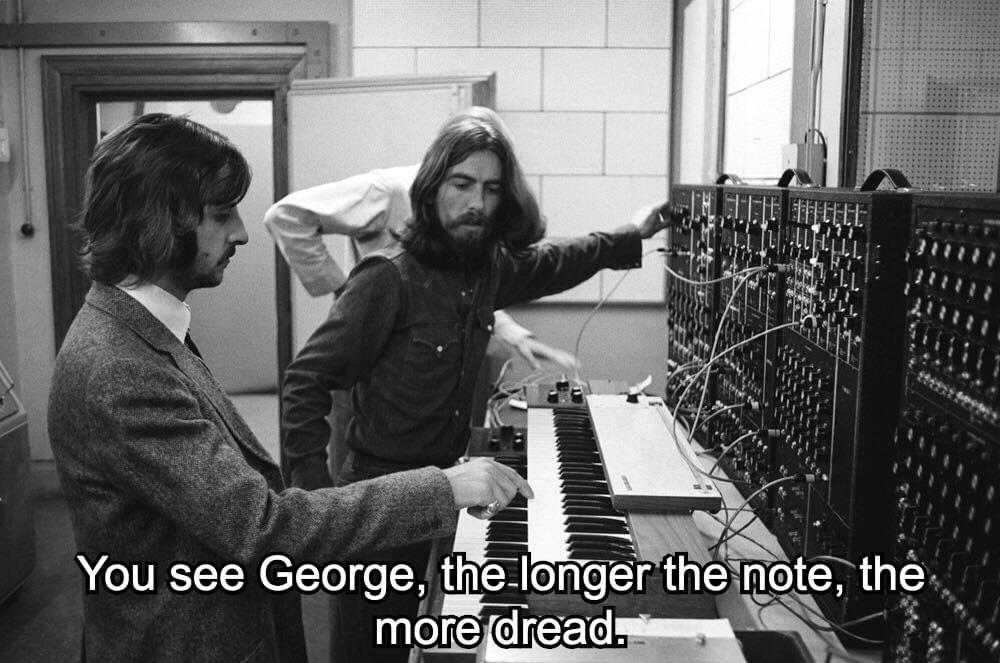 Myself and some equally passionate Jazz fans are developing a really supportive community online that is all about exploring the genre on instruments that are underrepresented in its sound. The project is set up because we feel that by having too strict an idea of which instruments get invited to join Jazz groups, jam sessions or get written for in larger ensembles means that the music is missing out on a huge amount of talented individuals who could really broaden the pallet of textures we all get to hear.

All ability levels are welcome, there are no deadlines, it's free and it takes shape as a framework for a self-guided study approach using resources shared on Dropbox. Everyone taken part is given access to two folders, the first being Resources complete with slowed down backing tracks (recorded specifically for this project and changed regularly to keep it exciting), ideas for soloing, playlists and even the materials in a different key for a challenge/to suit diatonic instruments.

The second folder is simply titled 'Achievements' and is a place where we can drag and drop a rough audio or video to share a milestone, a progress update or any experimenting we've been doing. Given that every person involved is playing an instrument not often found at the forefront of Jazz we have found the environment to be encouraging and much less daunting than posting publicly on FB, this sub, YT or what have you. It also means that we have been able to add members without worrying about timezones etc. We already have instruments from the classical world, spoken word, folk, electronic music and much more.

We would love to have Cor Anglais onboard so please simply drop me a DM if you want to join in or leave a comment if that suits you better. 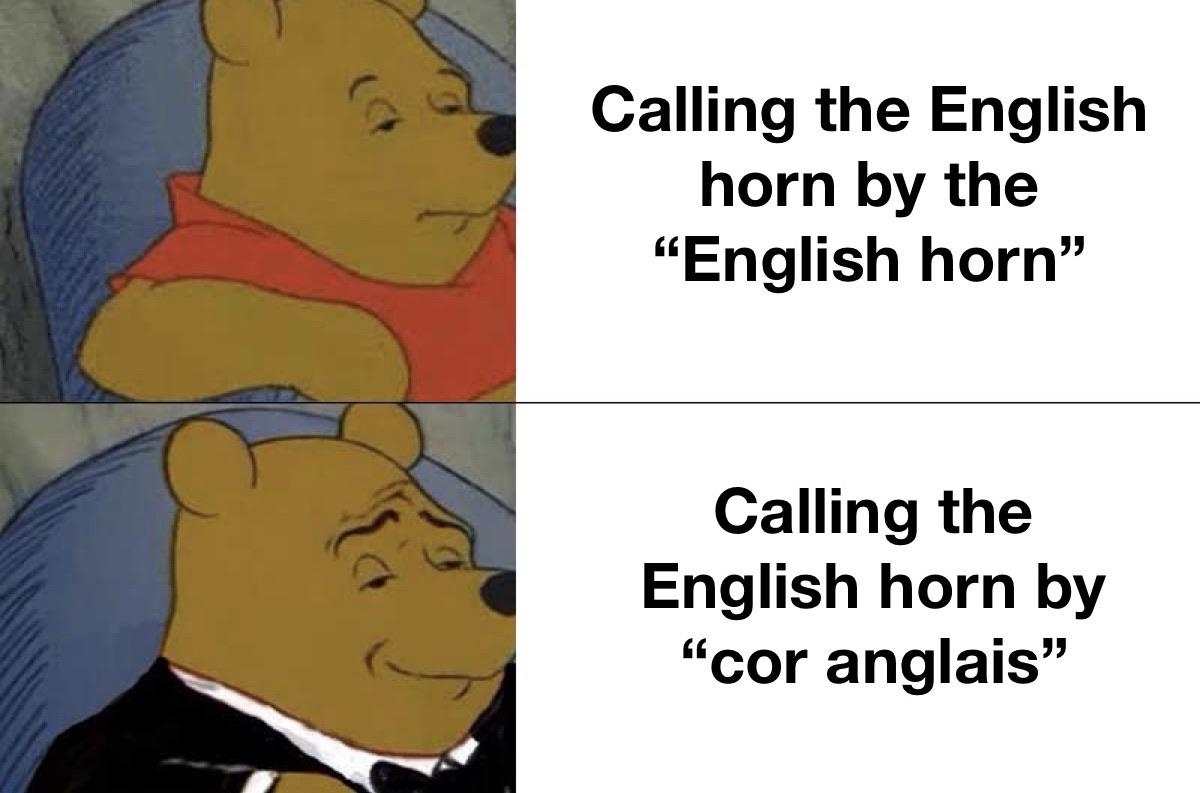 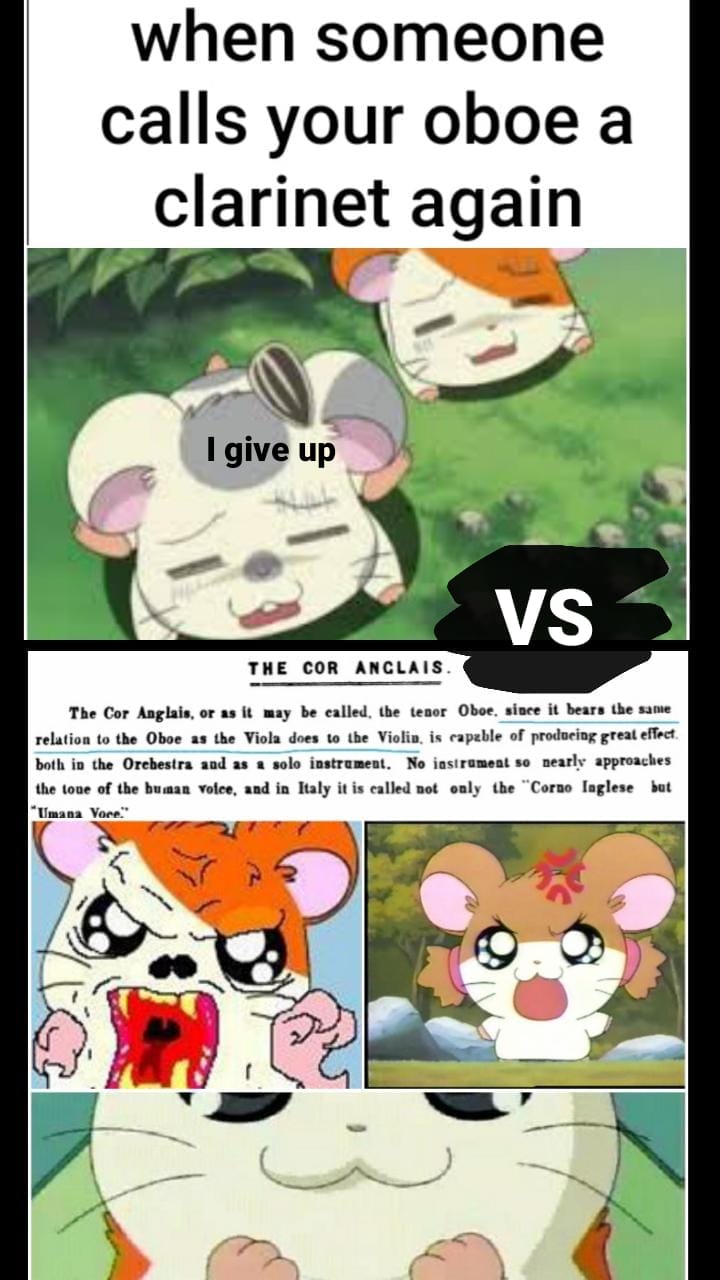 Grade 6 oboist here, I’ve been asked to play cor anglais for a concert, how difficult is the transition between the instruments, does anyone have any experience with the cor?

If I've been asked to write a piece with "Flute (doubling piccolo)" and "Oboe (doubling cor anglais)", what exactly does this mean? I'll assume the doubled instruments don't have to always be playing the same things, because that would seem strange in a modern piece of art music.

Hei, unfortunately I am running out of pieces I can practice (for fun), thus I need a new list of pieces I can play, both for the oboe and the cor anglais. Niveau would be entrance university level, maybe a bit higher. Which pieces are possible for that? Thanks!

As read in the title I have to play the instrument for a piece and I'm wondering if any of you have played the English horn and how different it is from the oboe. Thanks for any help

👍︎ 5
📰︎ r/oboe
💬︎
👤︎ u/Antioneluke
🚨︎ report
How did the French horn get its name in english but the English Horn is known as the Cor Anglais?

Basically the title. Curious as French horn is obviously English and you would imagine that the English horn would be known as suck but we call it the Cor Anglais. Which is obviously French. How did this naming come about?

So I'm borrowing a cor in a few days for a gig in October but I haven't played oboe in over a year (I'm mainly a clarinetist and bassoonist for performance) and I need to get back into it. What should I know about cor and what reeds should I get to get back into oboe playing?