I have a almost 6 month old puppy (breed listed in title) who has problems with getting into the crate in the morning. I feed him the recommended amount of food, then I take him for a 1/2 mile - mile walk each week day (longer on weekends). After the walk he gets time in the yard to finish up any bathroom business, etc. Then I go inside and brush teeth etc. Since he is a velcro dog bark/whine/scream if he's outside, and since he can be fairly loud, and it's only like 6:30 am, I don't want complaints from neighbors. So eventually, I have to get him into his crate because I have to go to school, and he would destroy the house and poop/pee inside. Once he's infront of the crate he goes in fine and lays down, and kinda just accepts it. But before I get him into the crate, I have to put a leash on him, or pick him up and carry him to the crate. When I try to do this he will run away/snarl/bite (he doesn't draw blood but can give a good pinch). If I attach a leash on him outside I can bring him into the crate fine, but then it's hard to get the leash off in the crate without letting him out. So, does anyone have any suggestions?

Yes I could avoid the whole issue with the leash way, but he should not be snarling/biting anyway. 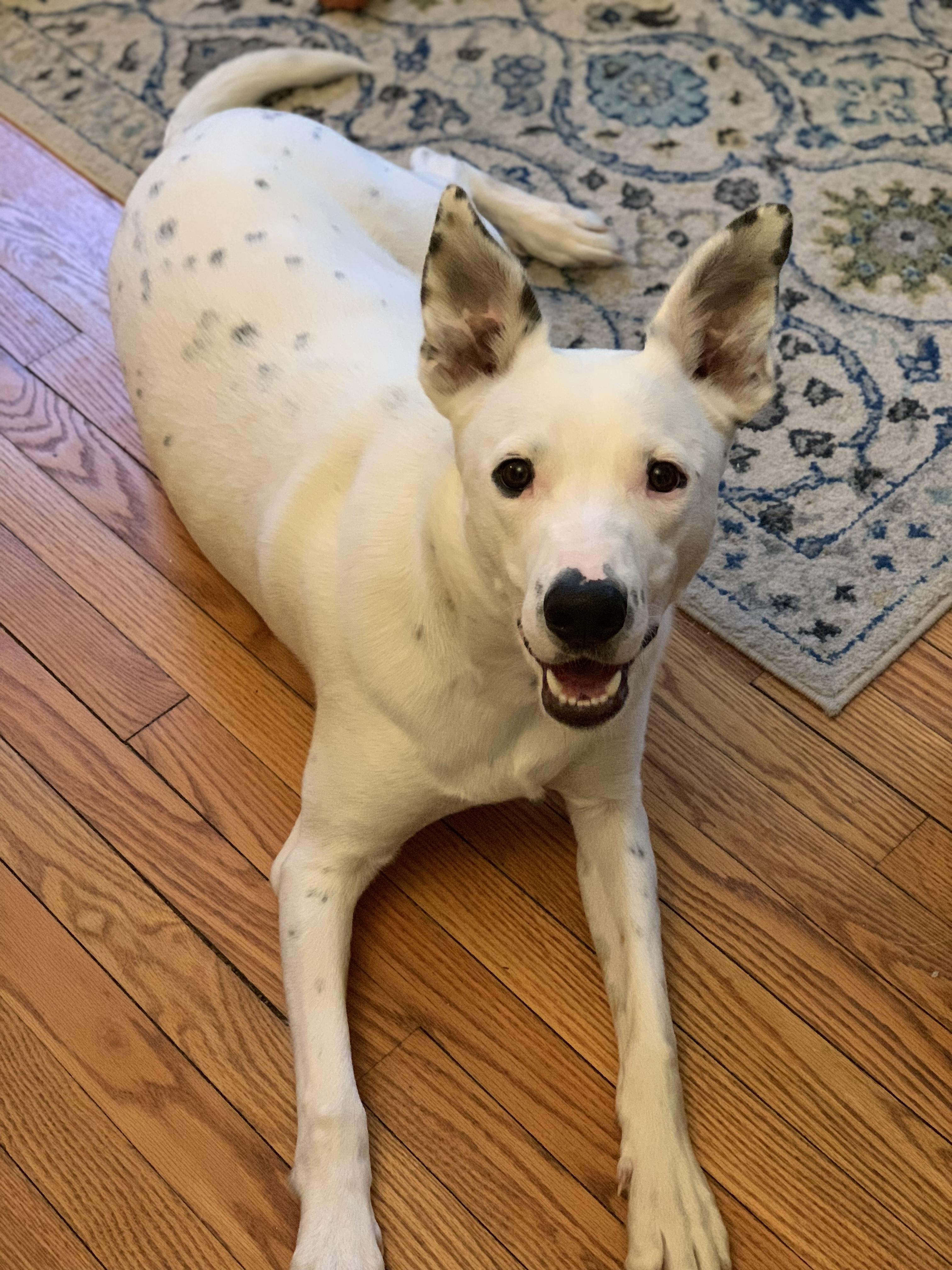 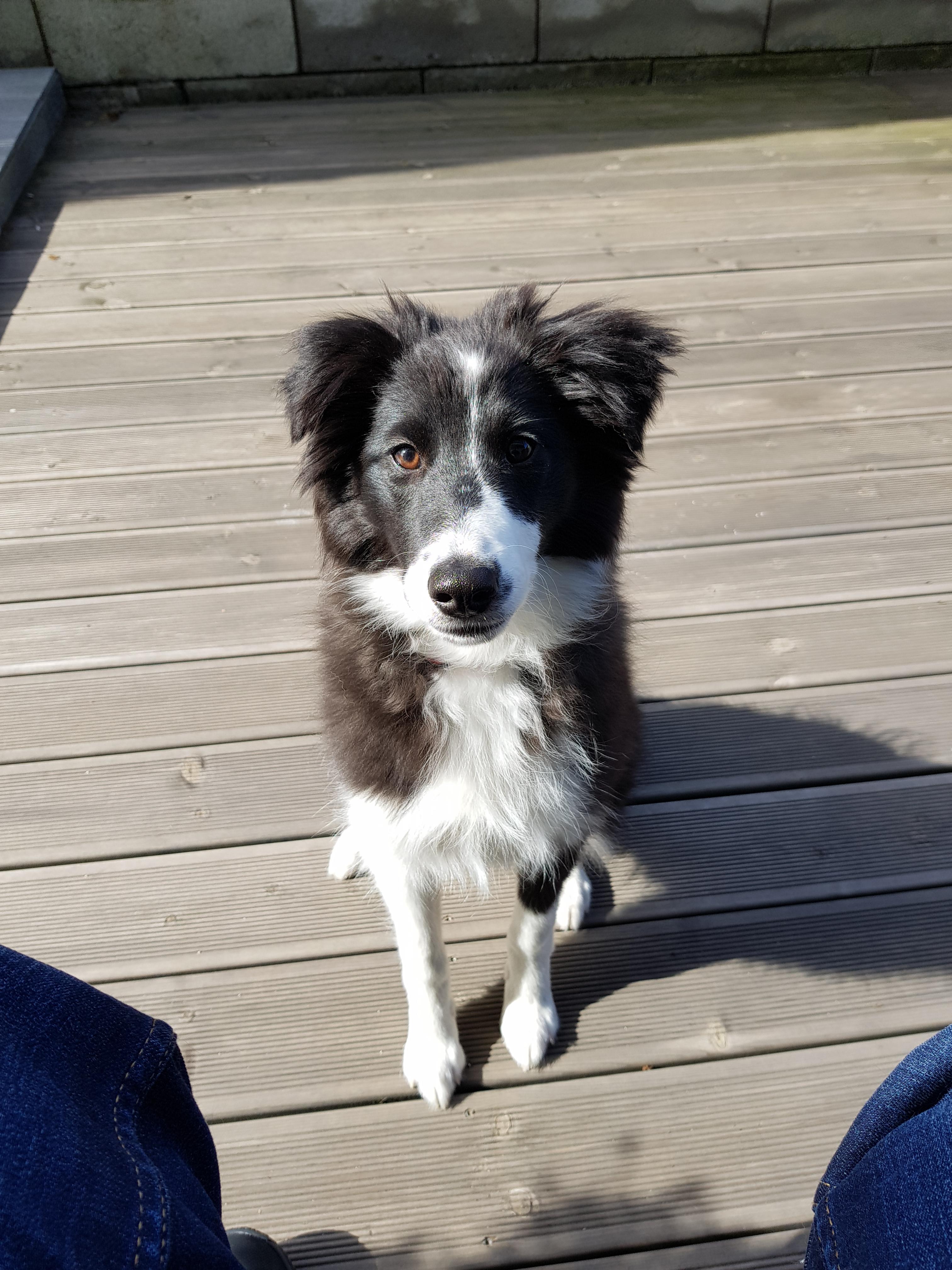 👍︎ 19
📰︎ r/aww
💬︎
👤︎ u/trazen
🚨︎ report
Our pups: Harley Quinn (the younger one) is a border collie/blue heeler mix and Paige (the older one) is a border collie/collie mix. imgur.com/a/mq3EZ
👍︎ 26
📰︎ r/BorderCollie
💬︎
👤︎ u/JCannoy
🚨︎ report
Border collie, Pink, completes agility competition in under 30 seconds v.redd.it/2c1nvu2o5ro61
👍︎ 60k
📰︎ r/nextfuckinglevel
💬︎
👤︎ u/Escape_From_Me
🚨︎ report
This is Lily! She's a Border Collie that was born without her eyes due to being passed down 2 copies of the merle gene (Double Merle). She was abandoned as a puppy and then rescued by a family friend. She may look spooky but she's so sweet and smart! 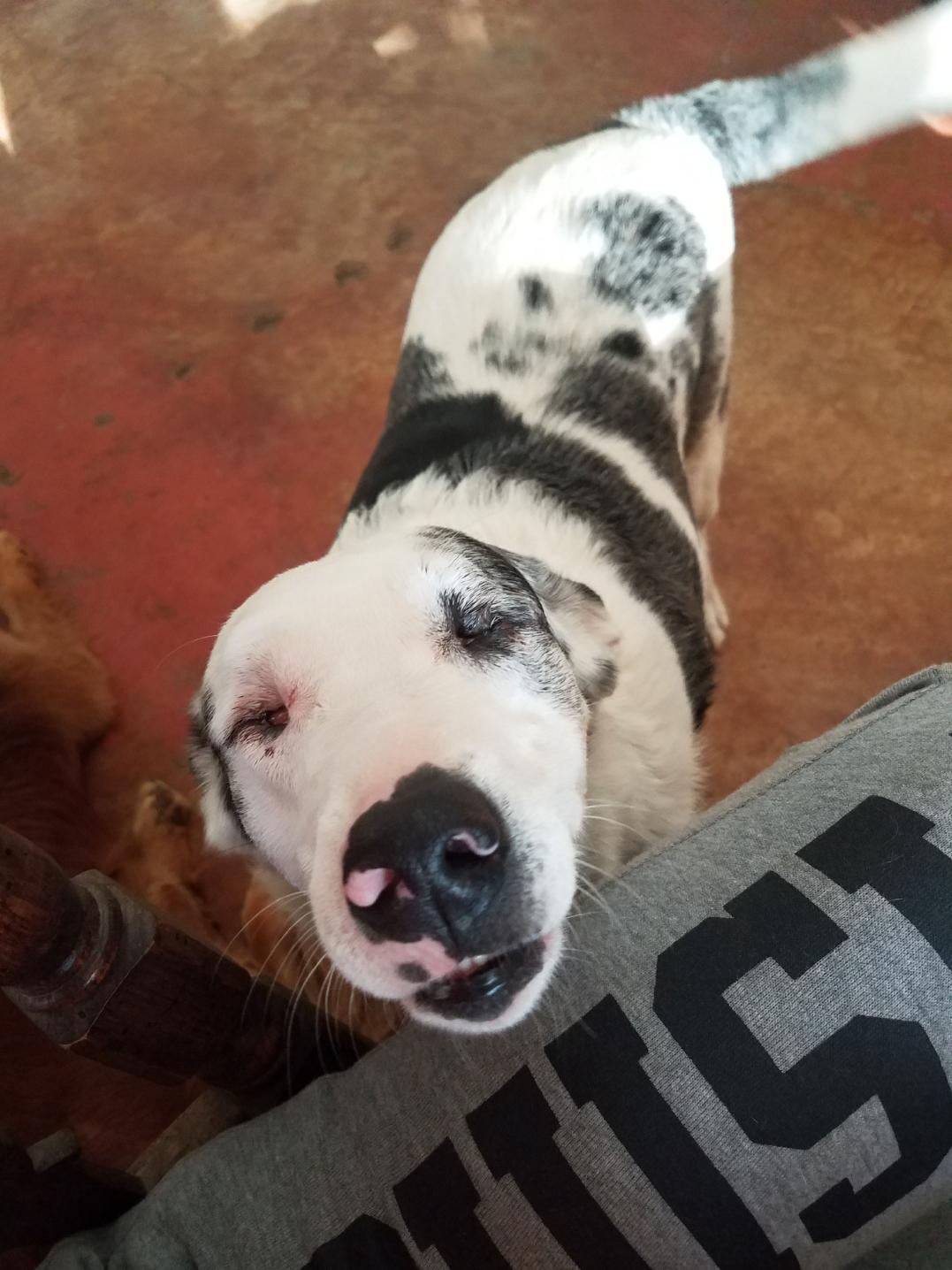 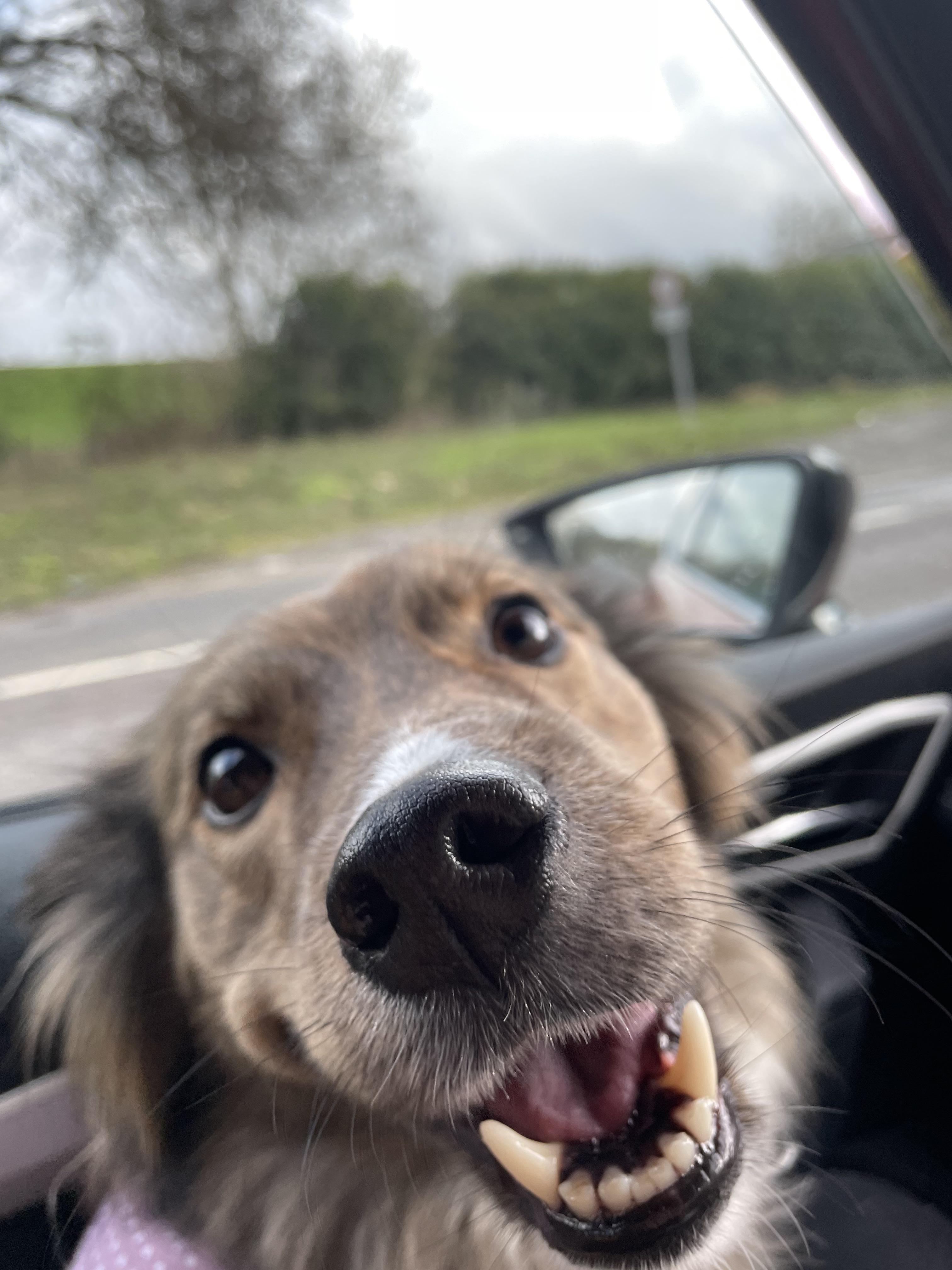 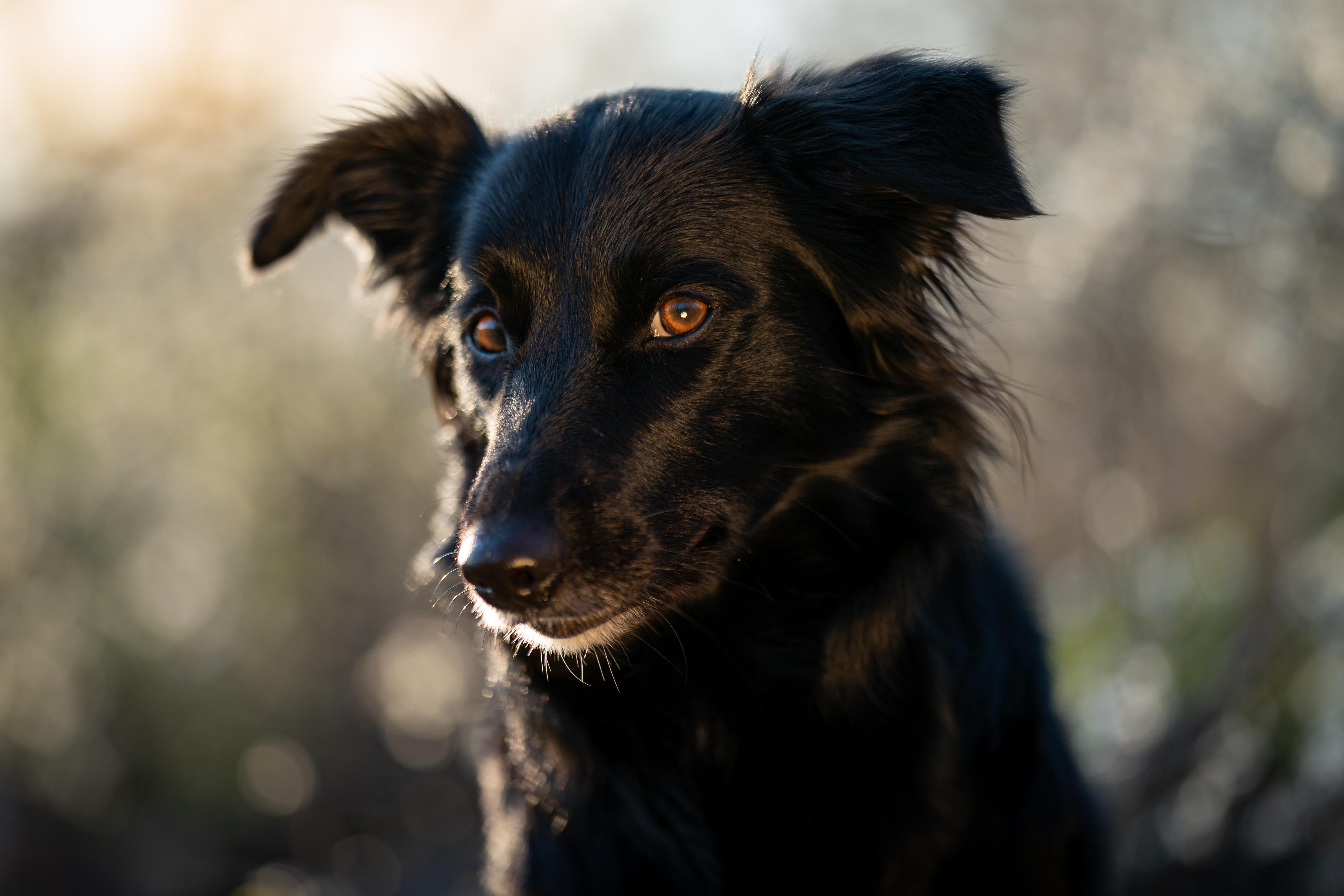 👍︎ 789
📰︎ r/rarepuppers
💬︎
👤︎ u/boastar
🚨︎ report
Our 6 month old puppy has learned a lot from our cat, so now he sits like him. Behold - the border collie loaf! 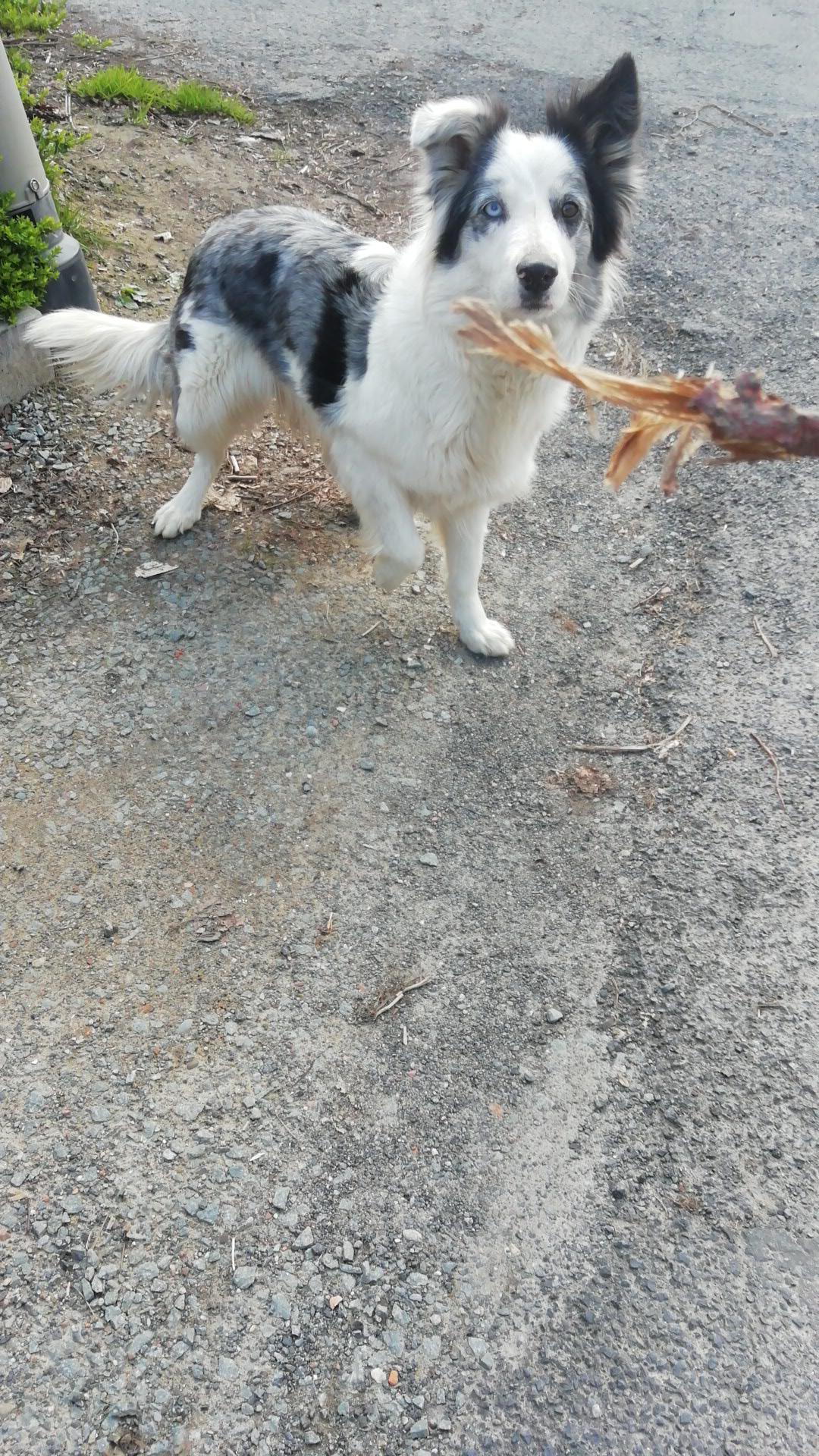 👍︎ 651
📰︎ r/BorderCollie
💬︎
👤︎ u/Berenbos
🚨︎ report
Thoughts on what my pretty lil girl might be?! Rescue says Catahoula mix (and she’s from Louisiana). I’m seeing some border collie because she’s on the smaller side. Any other ideas? reddit.com/gallery/n1sgsb
👍︎ 107
📰︎ r/IDmydog
💬︎
👤︎ u/jmaeanna
🚨︎ report
We were told Boxer and Border Collie... reddit.com/gallery/n29rd3
👍︎ 125
📰︎ r/DoggyDNA
💬︎
👤︎ u/JDizzle076
🚨︎ report
Pete has the heart of a lion, or at least a border collie. v.redd.it/77fhlj0y3yt61
👍︎ 785
📰︎ r/Damnthatsinteresting
💬︎
👤︎ u/Everything_Burns
🚨︎ report
anybody else have a border collie that turns absolutely maniacal at the sight of a little red dot, or a flash light or a reflection from the sun? 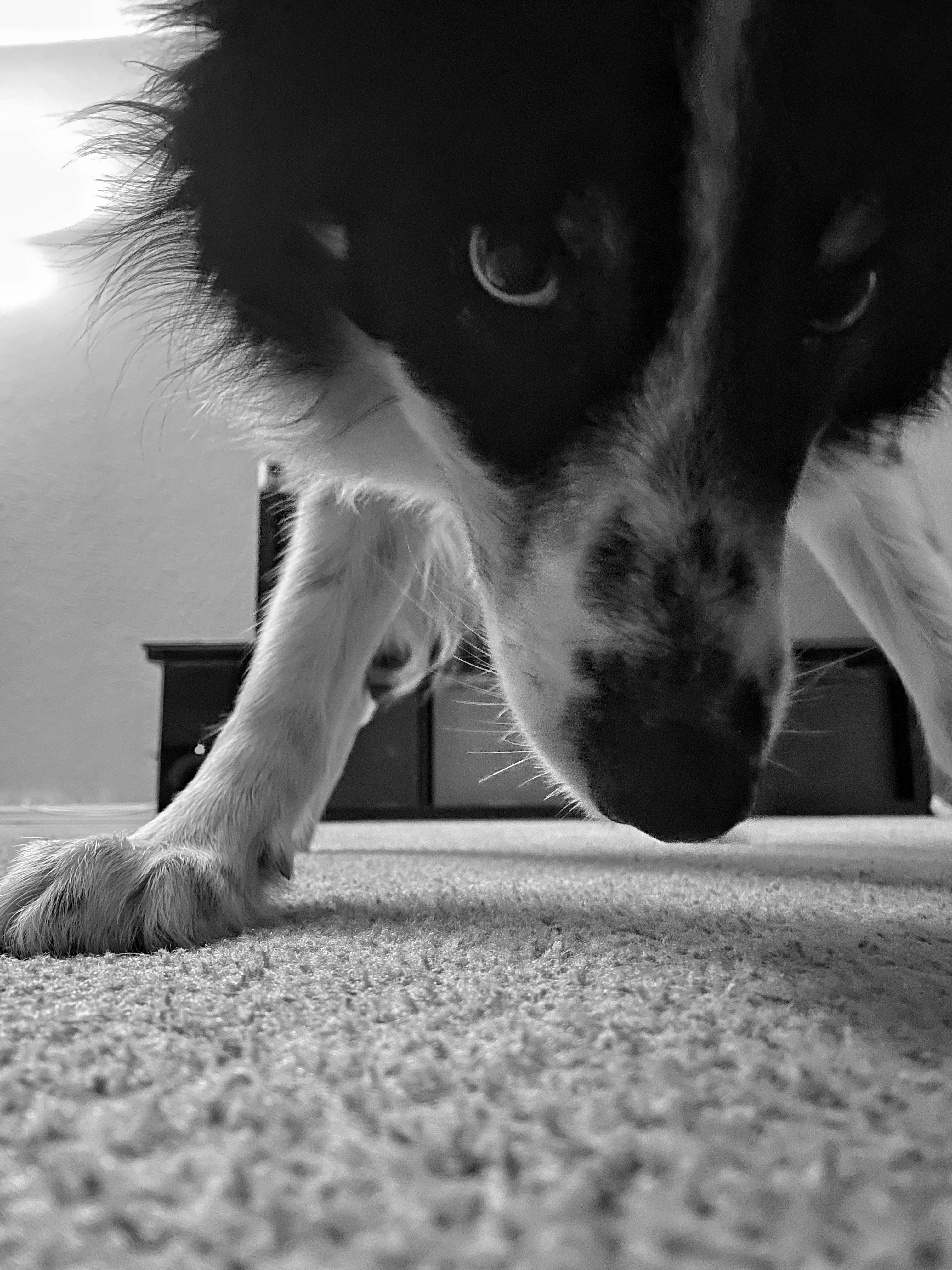 👍︎ 183
📰︎ r/BorderCollie
💬︎
👤︎ u/teddyp867
🚨︎ report
Get a border collie they said. They have so much energy. They’ll keep me in shape. Behold, Haggis “Dogmeat” doing what he does between snacking and pooping - straight chilling 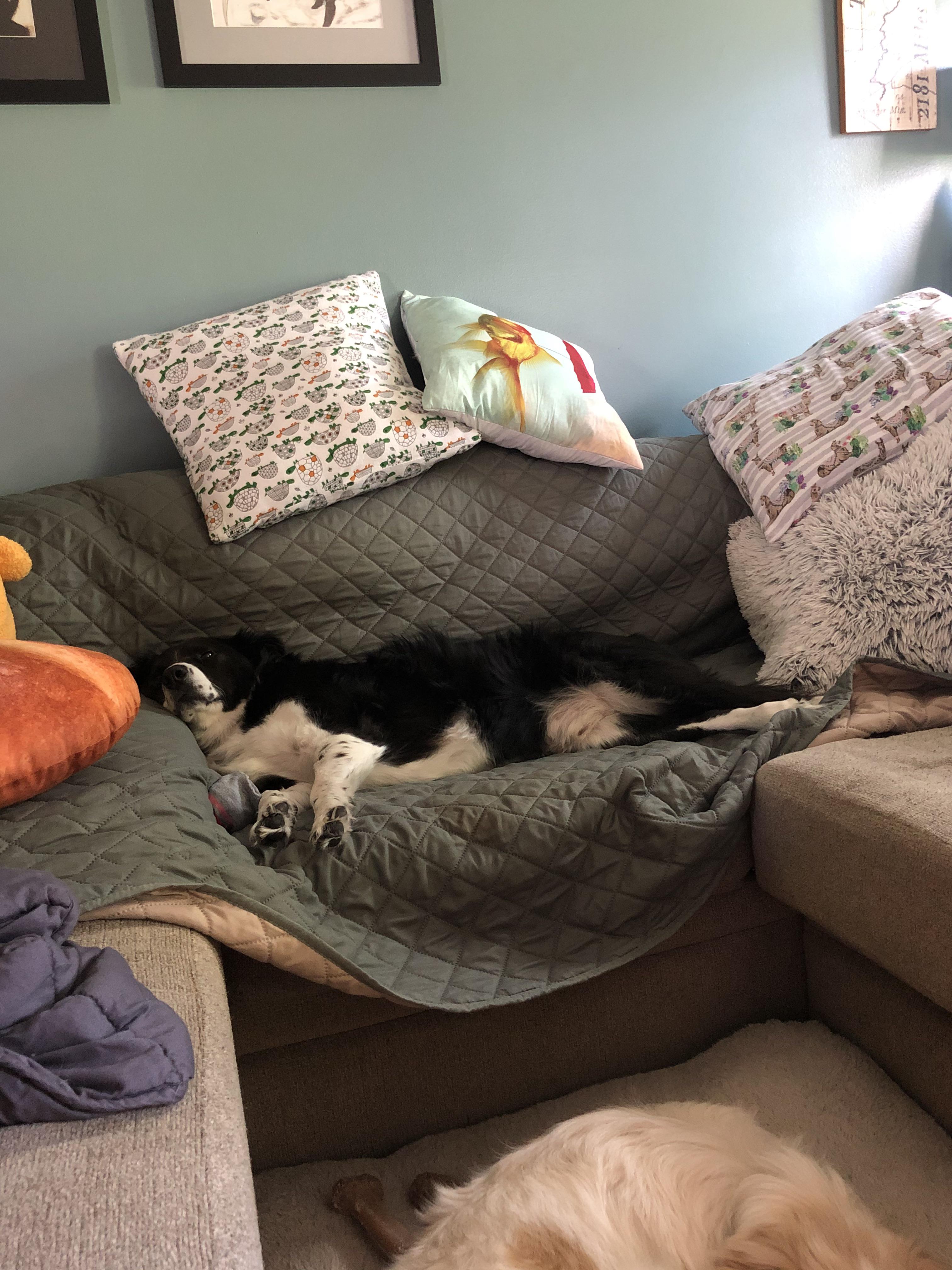 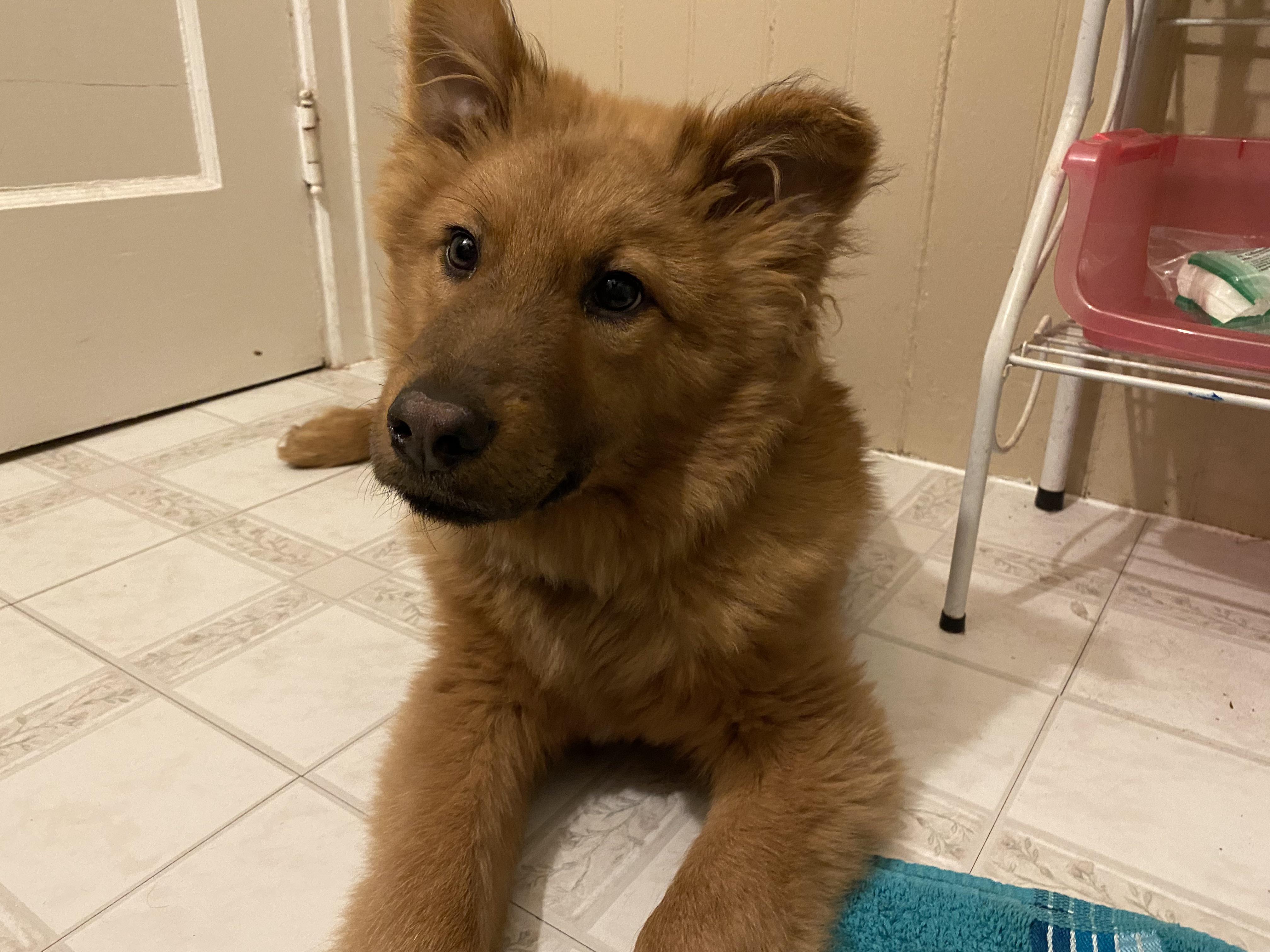 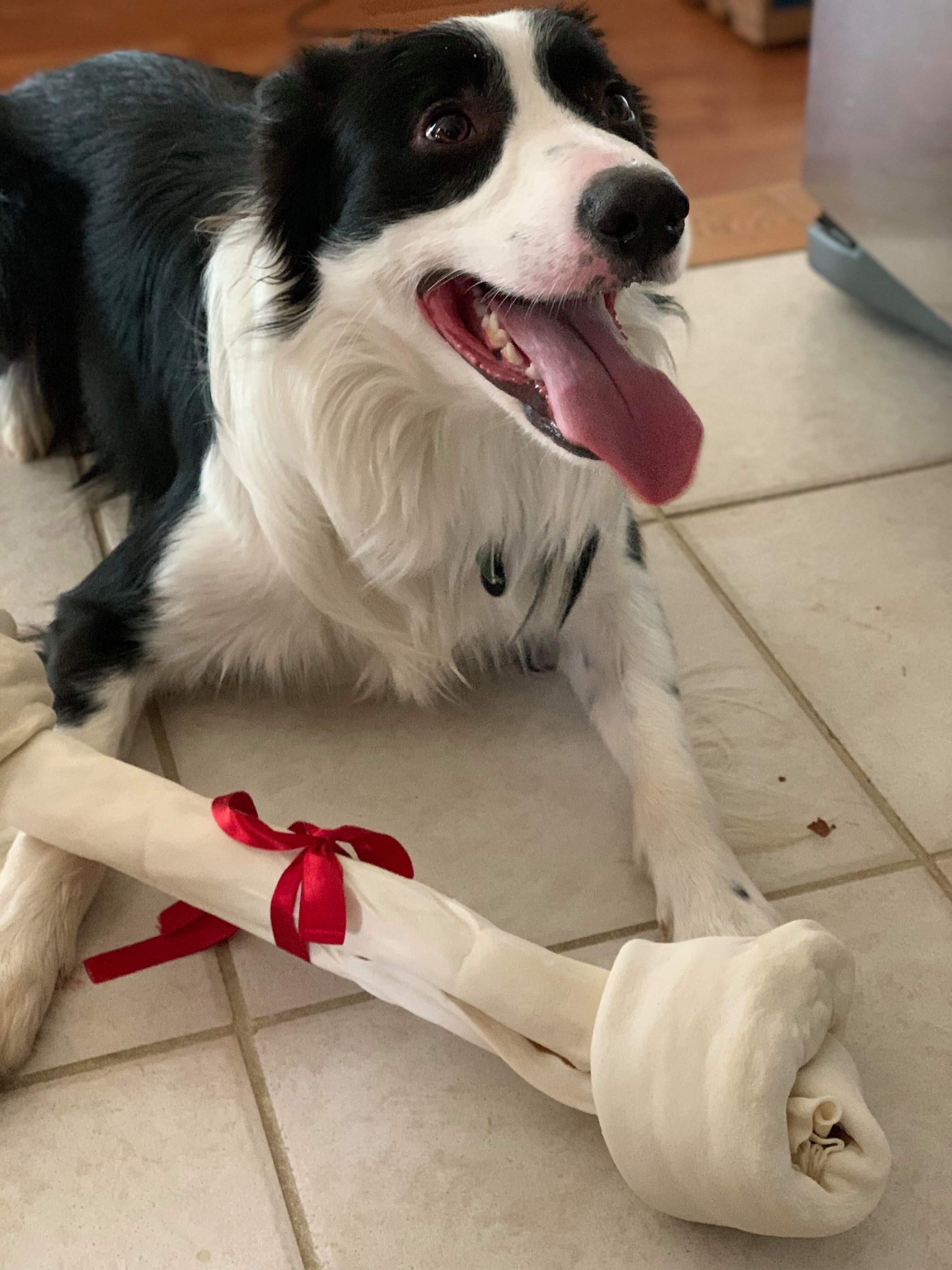 This isn’t really a vent, just thought you all would get a kick out of it. My fiancé and I have a 5 year old puggle, and decided to adopt a puppy during covid. I convinced her that we should get a bigger dog this time, and found a puppy that the shelter thought was an Australian shepherd/border collie female, and that she’d get to be around 40 lbs.

We could tell early on based on her ears she had some GSD in her, but we were shocked when we got the DNA test back that said she about 60% GSD, but also 25% GREAT DANE. Estimated full grown 55-90 pounds.

I had to apologize to my fiancé haha, but she adores her anyway and wouldn’t trade her for anything.https://i.imgur.com/DJAs6Oz.jpg 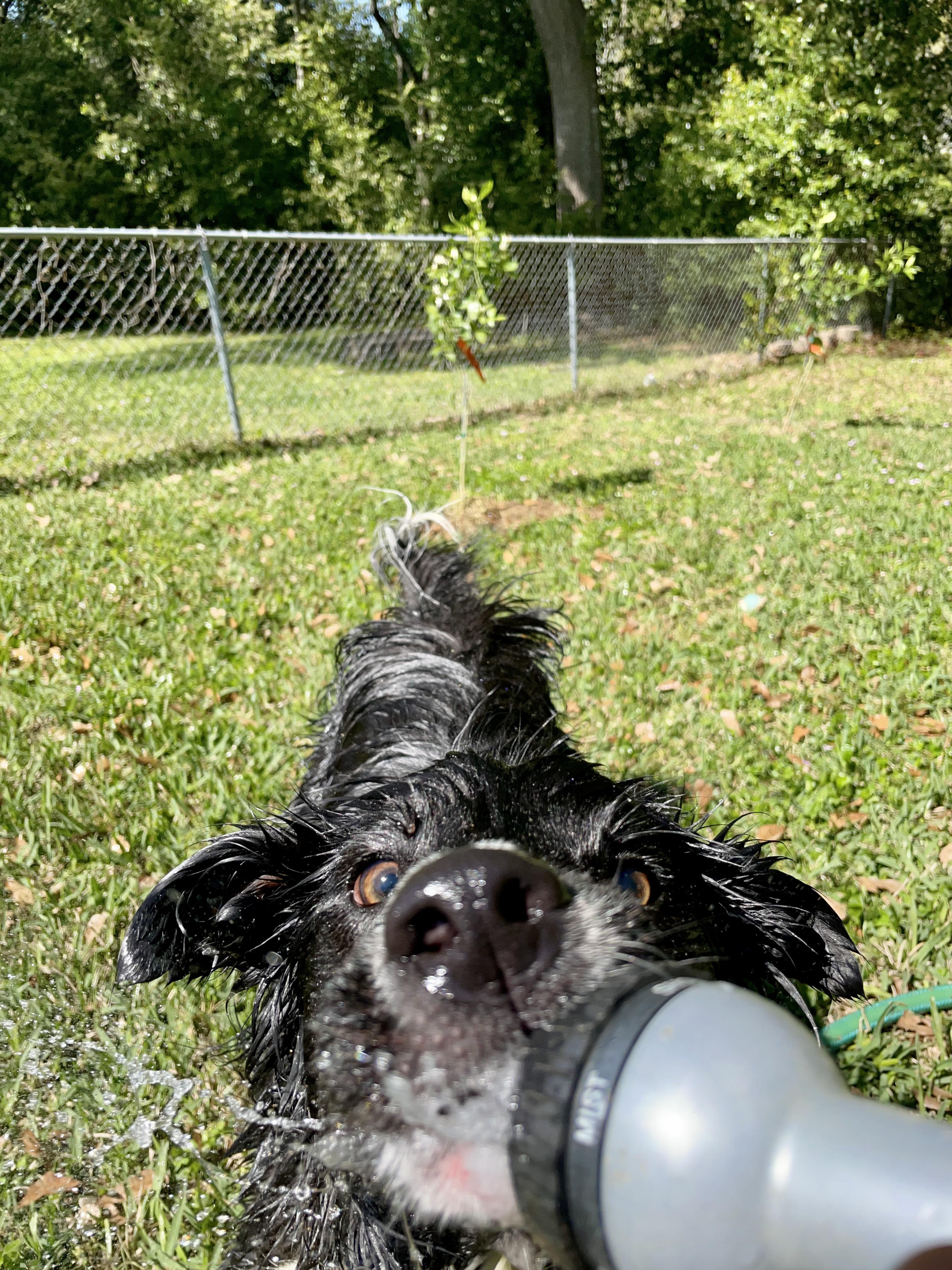 My mom dropped off my dog along with her border collie mix at the groomers. She said short but the lady took her literally. She didn’t warn us she was going to shave our dogs she just did it. no communication at all. It’s not even shaved nice it’s so choppy. The long tail looks ridiculous!

Will it grow back out??? I’ve done a lot of research and there’s a chance it won’t grow the same which i’m not too concerned about but as long as it actually grows. and how long will it take to look normal?! What’s done is done so now i’m looking for help. I read to brush him daily so i’ve been doing that so far. I live in wisconsin which means HOT summers so he didn’t NEED to be buzzed. He is not a working farm dog either. Any advice or comfort would be nice. :( 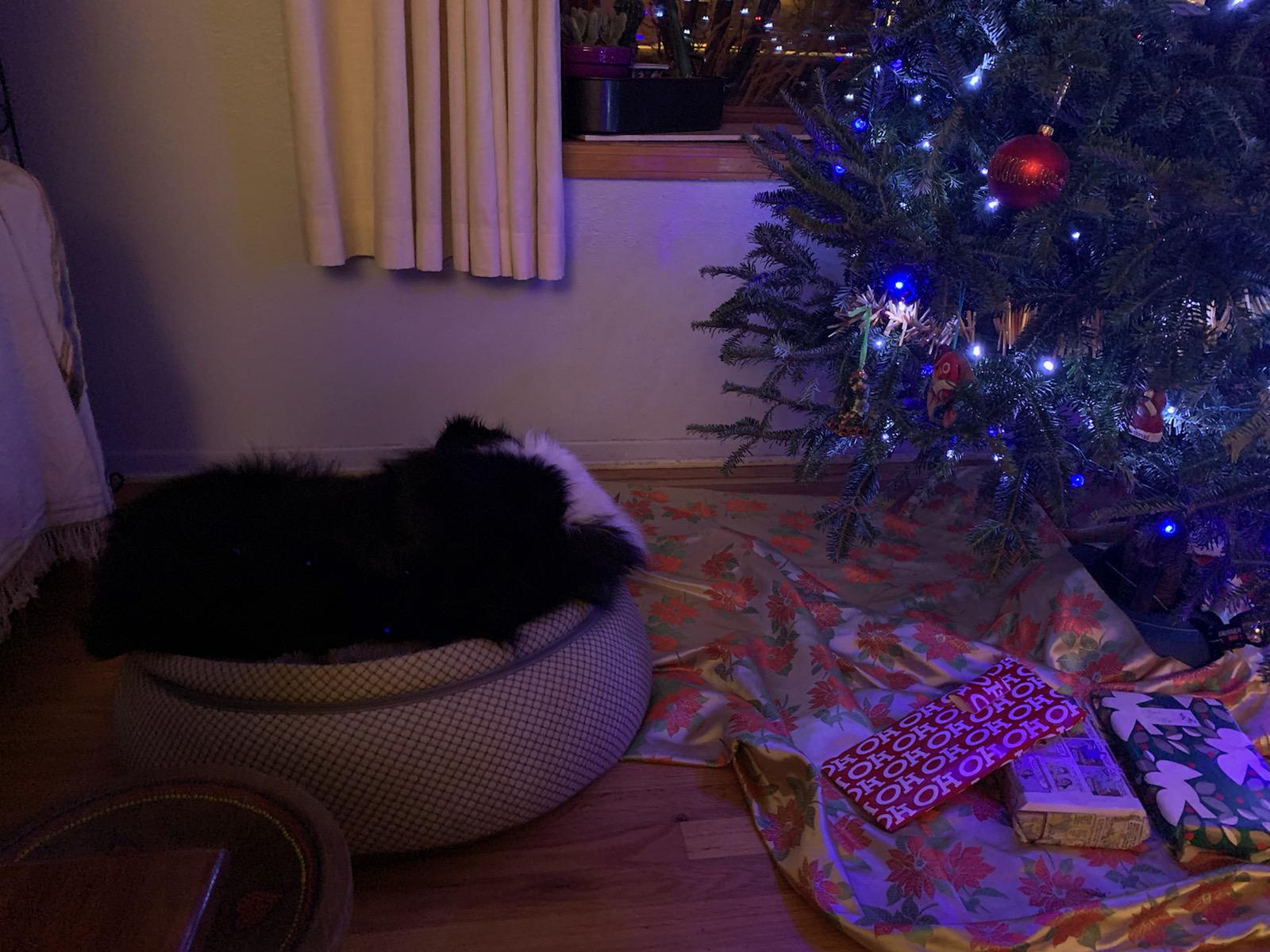 👍︎ 788
📰︎ r/stolendogbeds
💬︎
👤︎ u/magic_thandi
🚨︎ report
Hello! Our rescue is a border collie cross... something. Any ideas what he might be crossed with? 😊 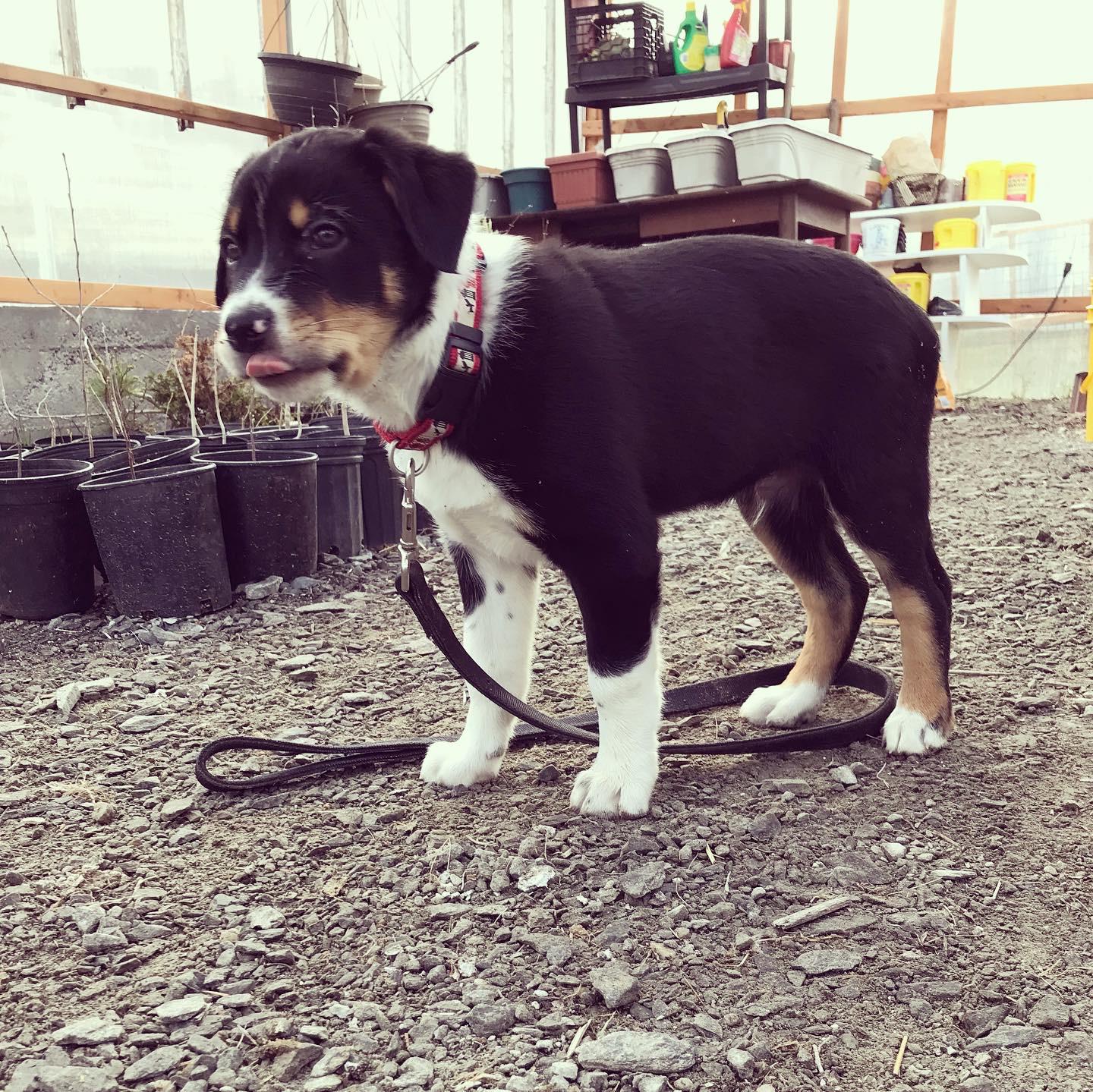 👍︎ 458
📰︎ r/BorderCollie
💬︎
👤︎ u/RunnerDuck
🚨︎ report
Never enough dogs for my almost 6 month old border collie-lab mix to meet. I always approach other dog owners on walks with a "he's friendly." I'm shocked at how often I get "okay," a curt nod, or even no response at all! Guess I'll switch to "mine's friendly, how about yours" but what gives?

Edit: appreciate all your thoughtful responses. Many have missed my point - my fault for being unclear. My assertion is that "he's friendly" obviously begs a response of some kind, even if it's not technically phrased as a question. I'll make an effort to be more clear in this (like my op) going forward, but I'm shocked whenever I get silence back. 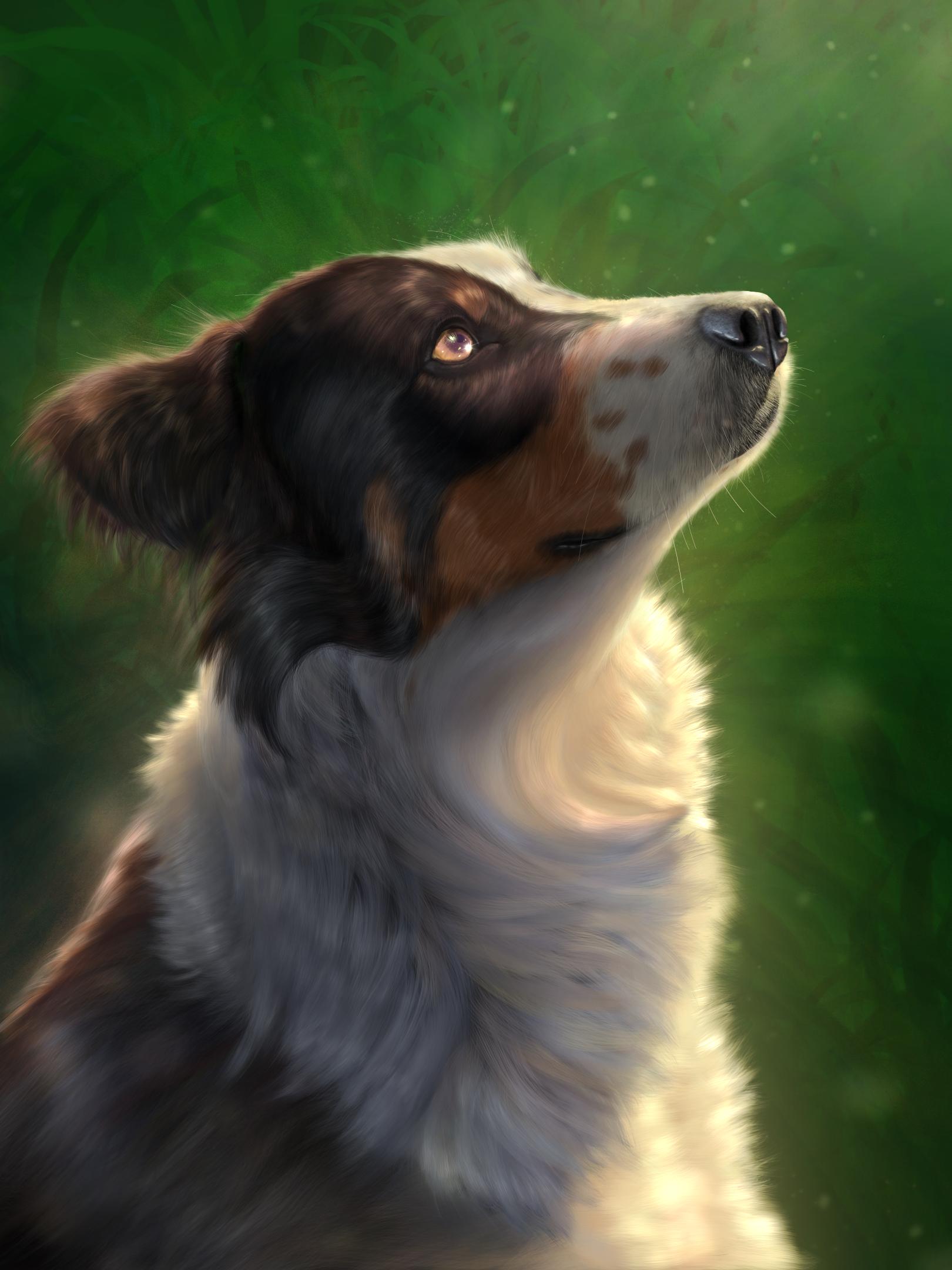 Photos of my collie pup!

Hello! I'll soon be picking up my collie pup from relatives who own a farm in Scotland. She's an interesting little one, with a mostly white face with black and ginger patches in areas. We've been told that she is the bravest and most explorative of the litter!

When we first saw her photos, we were surprised to see how much she looks like a little piglet. So we've been lovingly refering to her as Piglet, but we're not sure if this would be too mean in the long run.

Any funky names are welcome, Scottish/Welsh names, whatever comes to mind when you look at our cute little pup!

I've tried spraying water, saying NO, gave him toys, i let him stole old socks and shoes too... I'm out of ideas What can I do? I have scratches everywhereeees

Hey y'all! We're welcoming a Border Collie pup in three weeks. Originally we were getting a little girl, so we've been looking for girl names for weeks. Yesterday we heard we're getting a boy (yay!)

Names we like for now: Nando, Murphy, Miles, Murray, Lando

Our cats name is Nori. 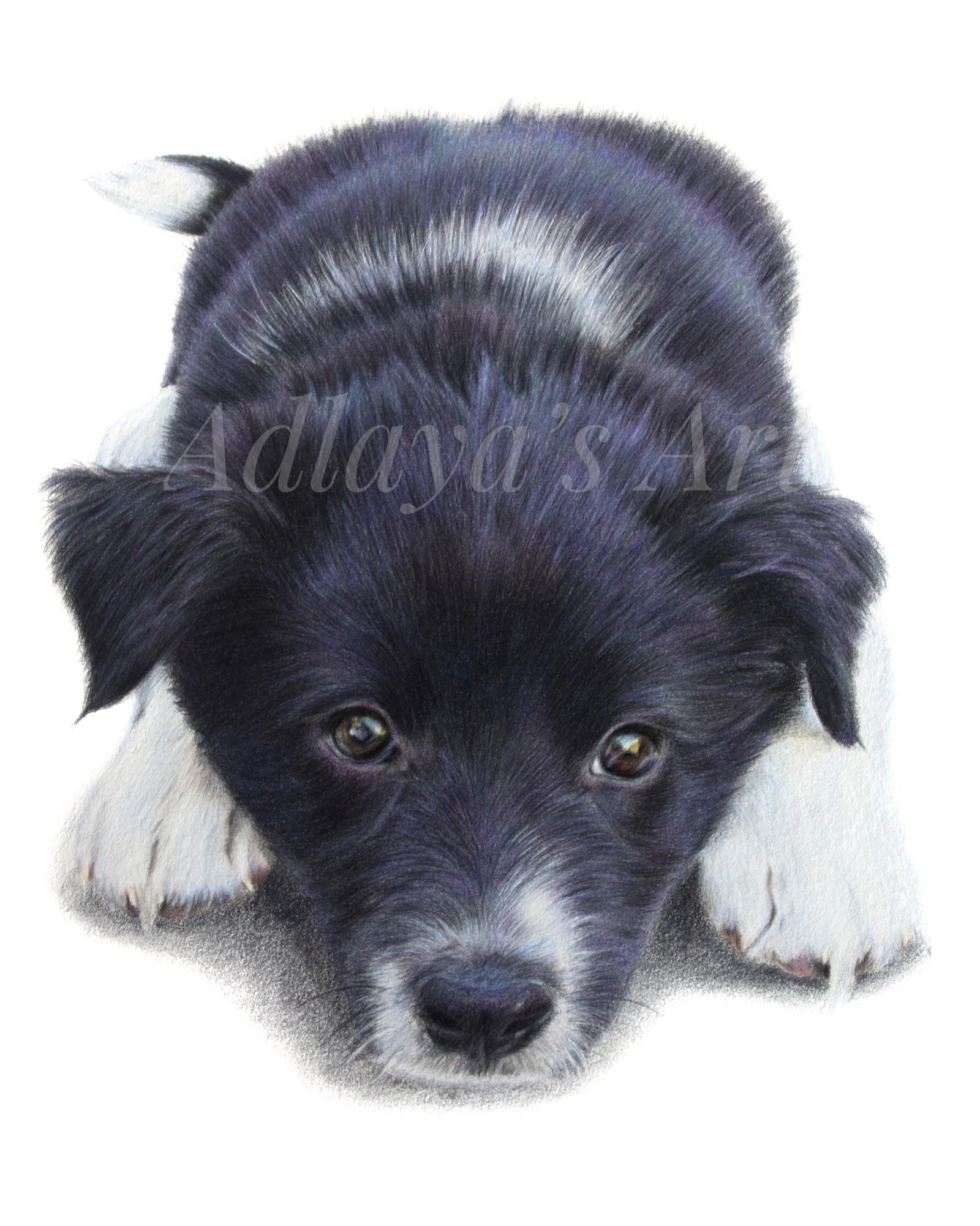 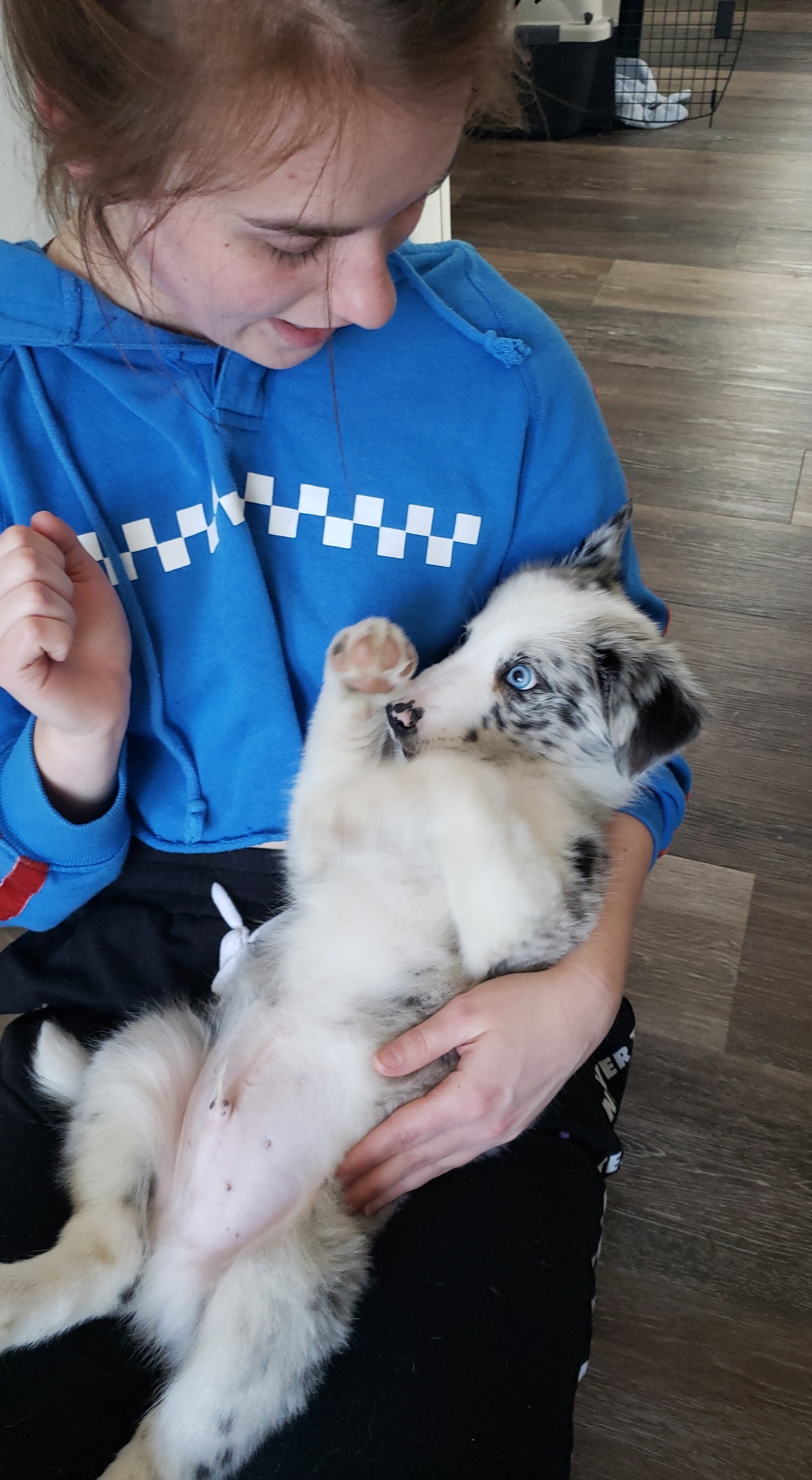 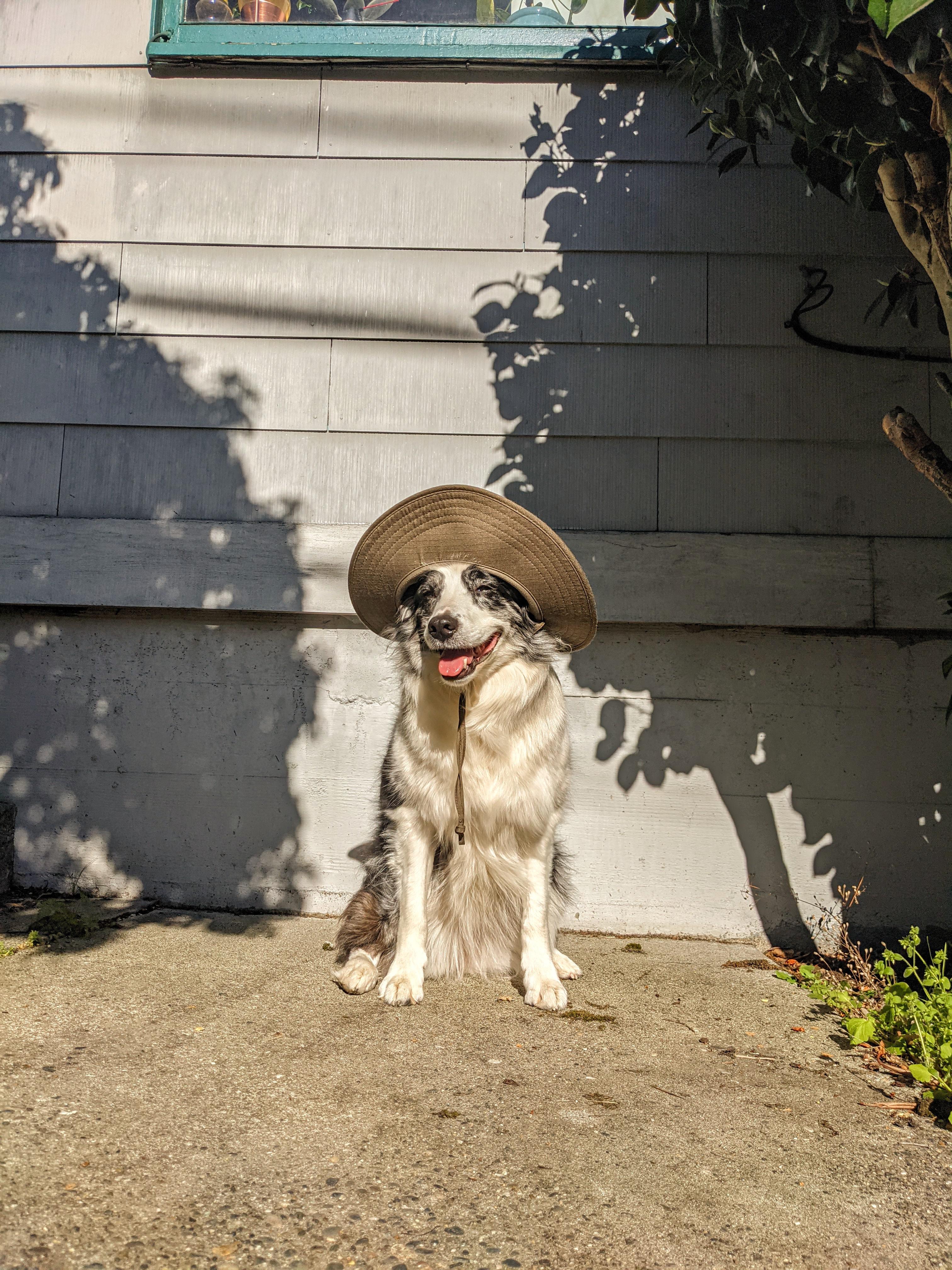 So a few days ago I asked you guys about name ideas for our pupper. We couldn't find a name we could agree on, but I think we just did! I can't believe it.