Abutter talking to my surveyor?

How usual is it for an abutter to be involved with a survey that I initiated for my own property and that I am paying for? My abutter feels they should have been involved in the process. 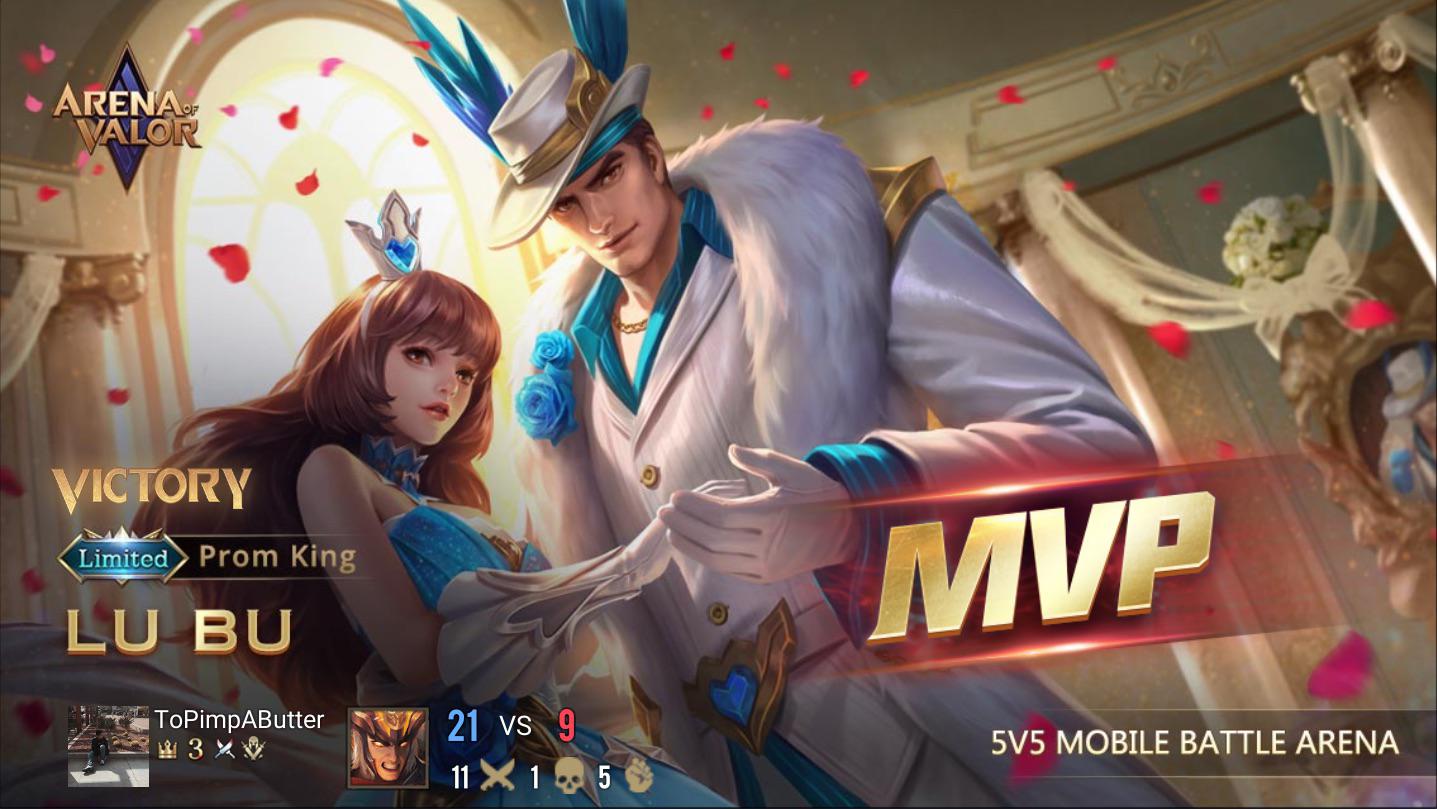 If someone is zoned residential and they put an array up and then years down the road a lot next door may get bought and then the developer throws up a 10 story apartment complex that significantly changes the shade profile of your roof. A customer asked this of me and I do not have an answer. I imagine each state is different but is there an answer better than fight the developer at a town hall meeting and then sue him if he builds it. On the other end of the spectrum, if there was some sort of zoning issue that you can't build a highrise next to an existing system, that yields an incredible amount of power to the homeowner and destroys the neighboring land value because a developer may not purchase it now if there is a caveat of nothing over 2 stories can be built. Surely this must have occurred at least once by now in the US and precedent has been set.

👍︎ 5
📰︎ r/solar
💬︎
👤︎ u/SmartestMonkeyAlive
🚨︎ report
What’s the best thing to do when your properties abutters all have conflicting deed calls ? It’s a 20 acre tract of land. The “Resolved Boundary Matrix” came to mind but it might not be the best route as most of the land isn’t navigable.
👍︎ 3
📰︎ r/Surveying
💬︎
👤︎ u/EagleSniper187
🚨︎ report
(PA) In selling my home that abutts neighbors. Lenders are asking for Shared Maintenance Agreement between homes

Neighbors and i have lived and worked out repairs and maintenance to our "shared" driveways and drainage over the past years. I am selling my house and the lender is asking me to have a Shared Maintenance agreement with the neighbor for the 2 deeds. My neighbor is upset and not wanting to sign and are talking to some lawyers, which is fine, but this is apparently a new lending requirement around these from what Im understanding.

I had sent them a draft one that was outlining maintenance and paving are responsibilities of owners for their side of the driveways, and things that are benefiting both sides (drainage, berms, etc) would be discussed and shared as decided in an attempt to make it so one side can't force repairs on the other. I don't know if they were having a bad day or what, but that really upset them.

From what I'm hearing that without this agreement in place, neither house will be able to sell under any loan since this now a requirement.

I've sent a letter to the lender trying to argue that our driveways are not shared since there is a full driveway on both sides of the property line (11') and neither house needs access thru the other 's drive.

I don't really know what to do. I'm basically being told that I can't sell my house and the neighbor doesn't have to agree to anything, but would have this issue at some point as well. It feels like the agreements are not good, but are there ways to create a document like this that doesn't "injure" an owner? 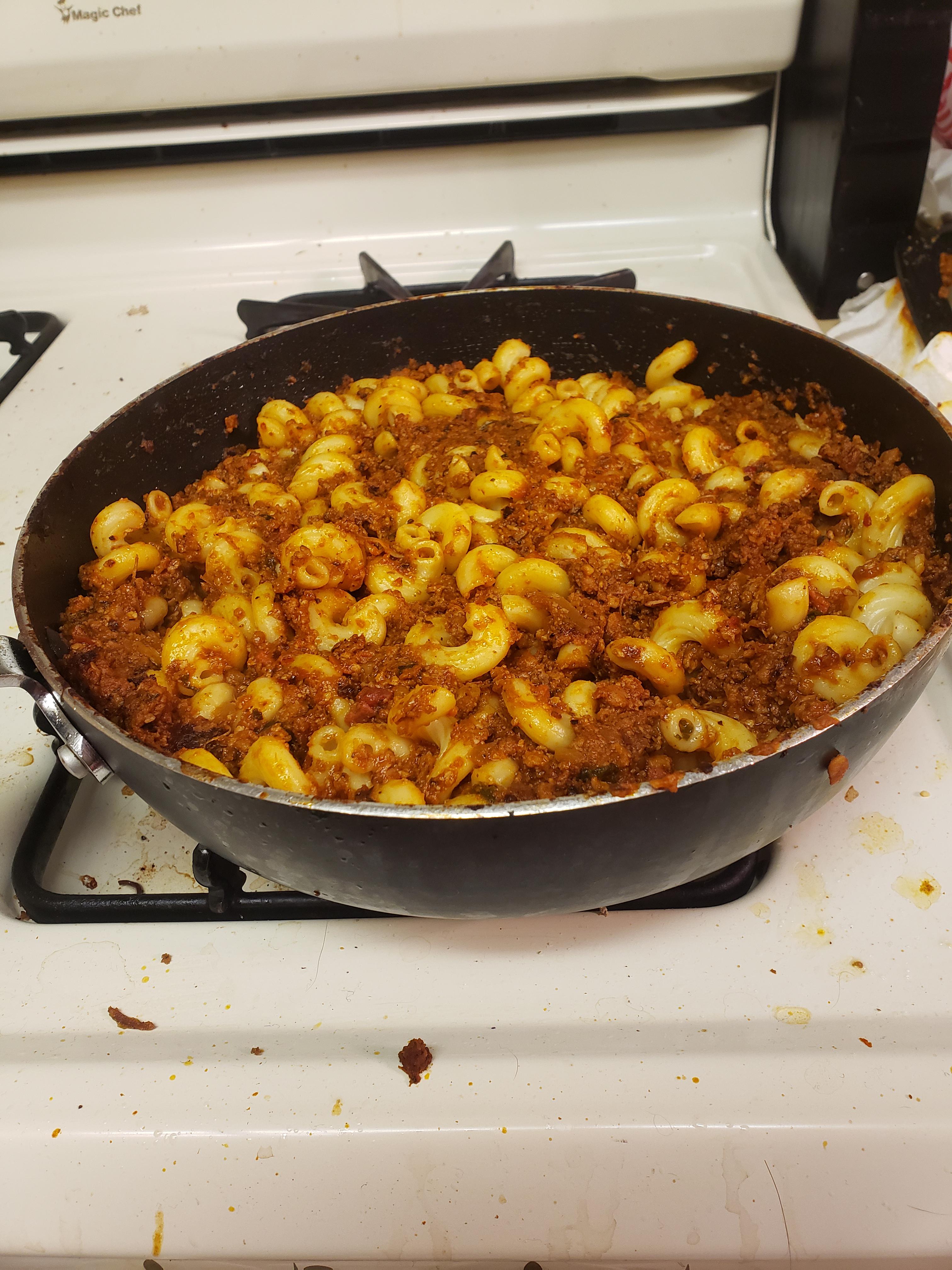 Article on the topic: https://patch.com/massachusetts/waltham/waltham-high-school-project-lawsuit-halts-msba-funding

I've just received a Royal Mail note that said I had to pay a fee to receive "my item". As I was expecting something to arrive, I've paid it online, thinking it was a mistake from the sender that forgot to pay the whole delivery fee and got it redelivered to me.

When I opened it it was not what I've ordered and not from the sender I've ordered my item. It's a random campaign about a "cigarette butts disposal" which I've never ordered and had to pay a fee for it.

Is it just me or someone else happen to had the same problem? 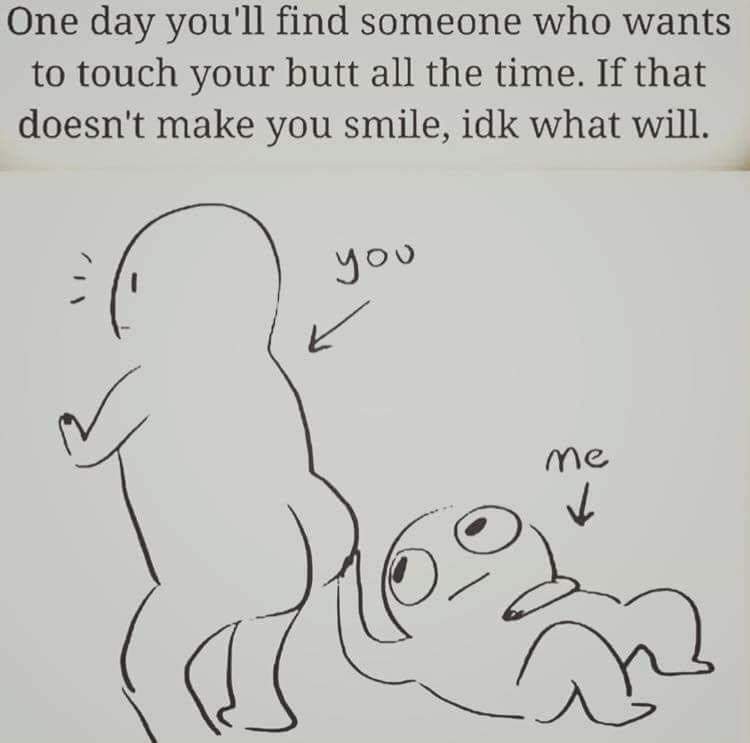 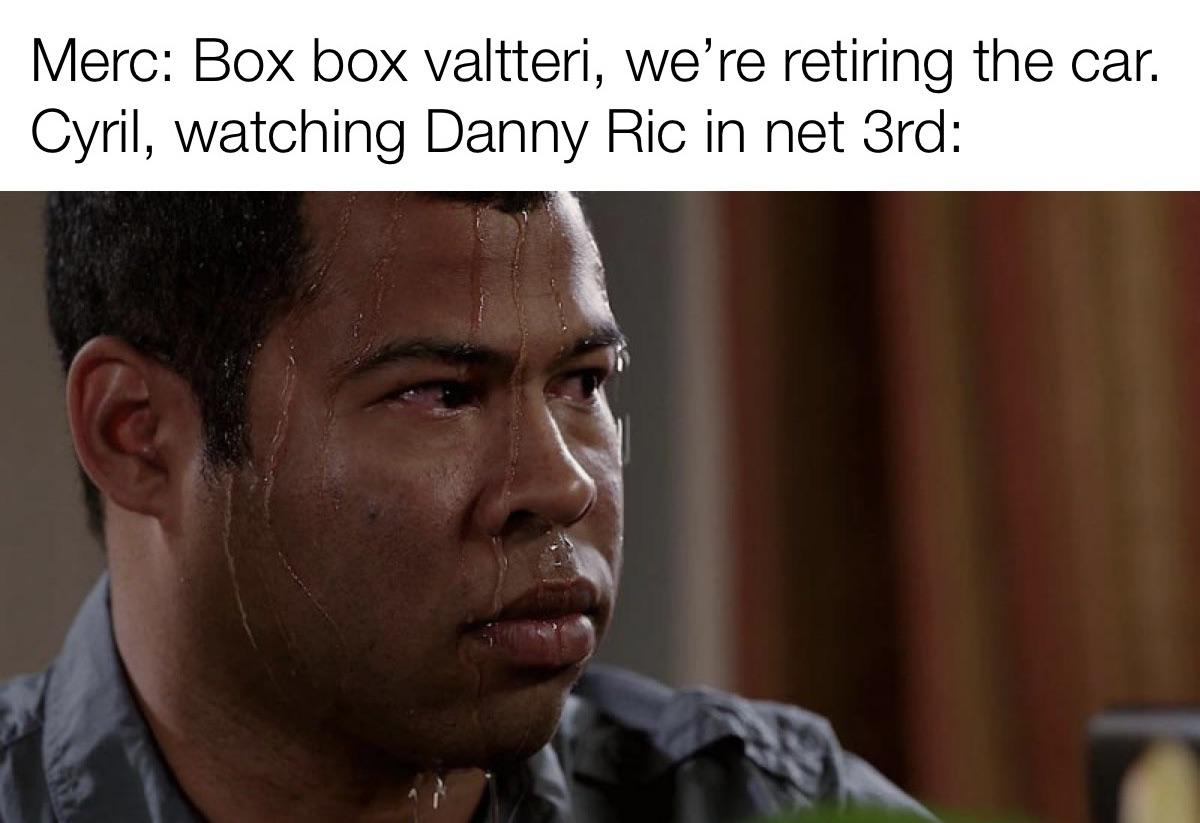 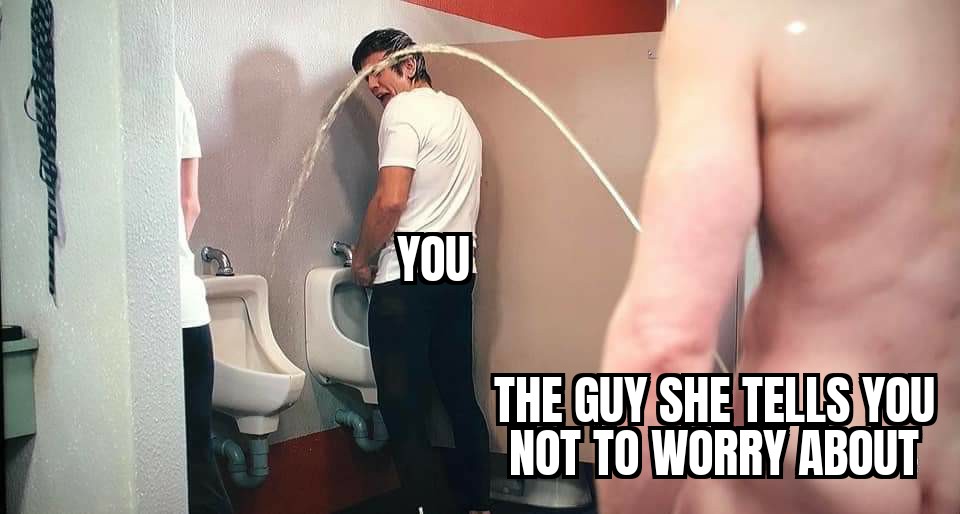 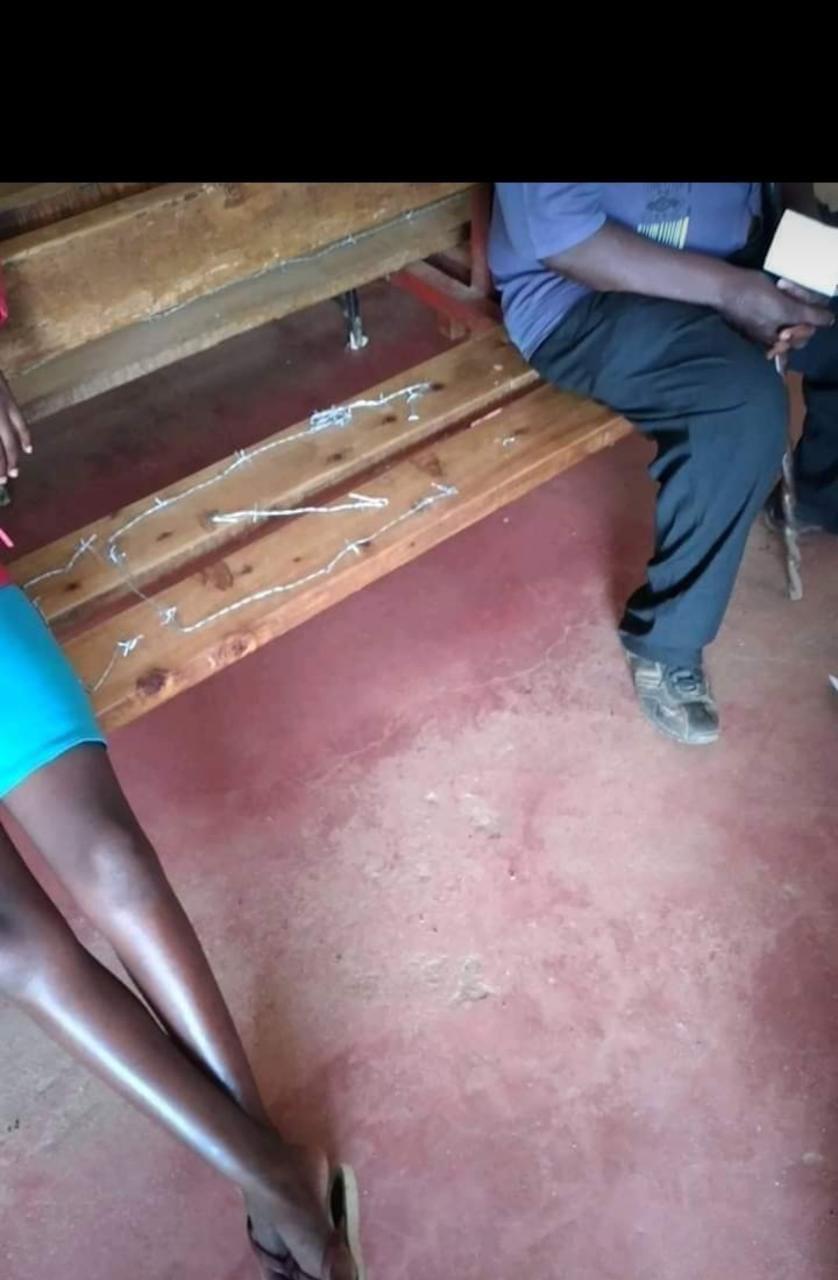 Abutters are seeking support in opposing a proposed eight-unit multi-family condominium building on a lot zoned for a triple decker. Please like, follow, comment on and share our page to show your support and stay informed about any updates. Thank you in advance.

NO ONE from the city is or has been on site at all, ALL DAY, only Westin and Sampson’s lead project planner (Michael Eisler) and their in-house arborist (who ridiculously marked 54 trees on March 15, and today the long unspecified 29 this morning, which the city did not back down from). A two-cop detail was also here when the work started.

Michael Eisler is also the author of the July 2021 “turf memo” (on W&S letterhead) that Chief Mariama White Hammond decided would be “the sufficient scientific evidence of no-threat to our kids” which the Boston City Council Environmental Justice Committee asked her for on May 13, for her to produce.

1.) he participated in the May 13 hearing from start to finish

👍︎ 6
📰︎ r/roxbury
💬︎
👤︎ u/Prudent_Ganache_5479
🚨︎ report
Where can I find a calendar of public zoning meetings and hearings?

All the time on this sub, we talk about how the only voices that officials hear at public meetings are old, wealthy property owners who have the time to attend, and they shout and moan until things that would improve the city get delayed or shut down. Whether it's biking infrastructure, more housing development, letting outdoor dining continue, the common response people have here is 'go to the public meetings and make your voice heard'.

Even though I have a full-time job, I'd still like to attend at least some of these meetings where I can and talk about things like bike lanes and parking overhaul. I just can't find a good calendar or site on the city website that has all the dates and locations for meetings I can attend.

I feel like I must be missing something obvious, so does anyone know a place with a list or calendar of events like meetings and hearings? 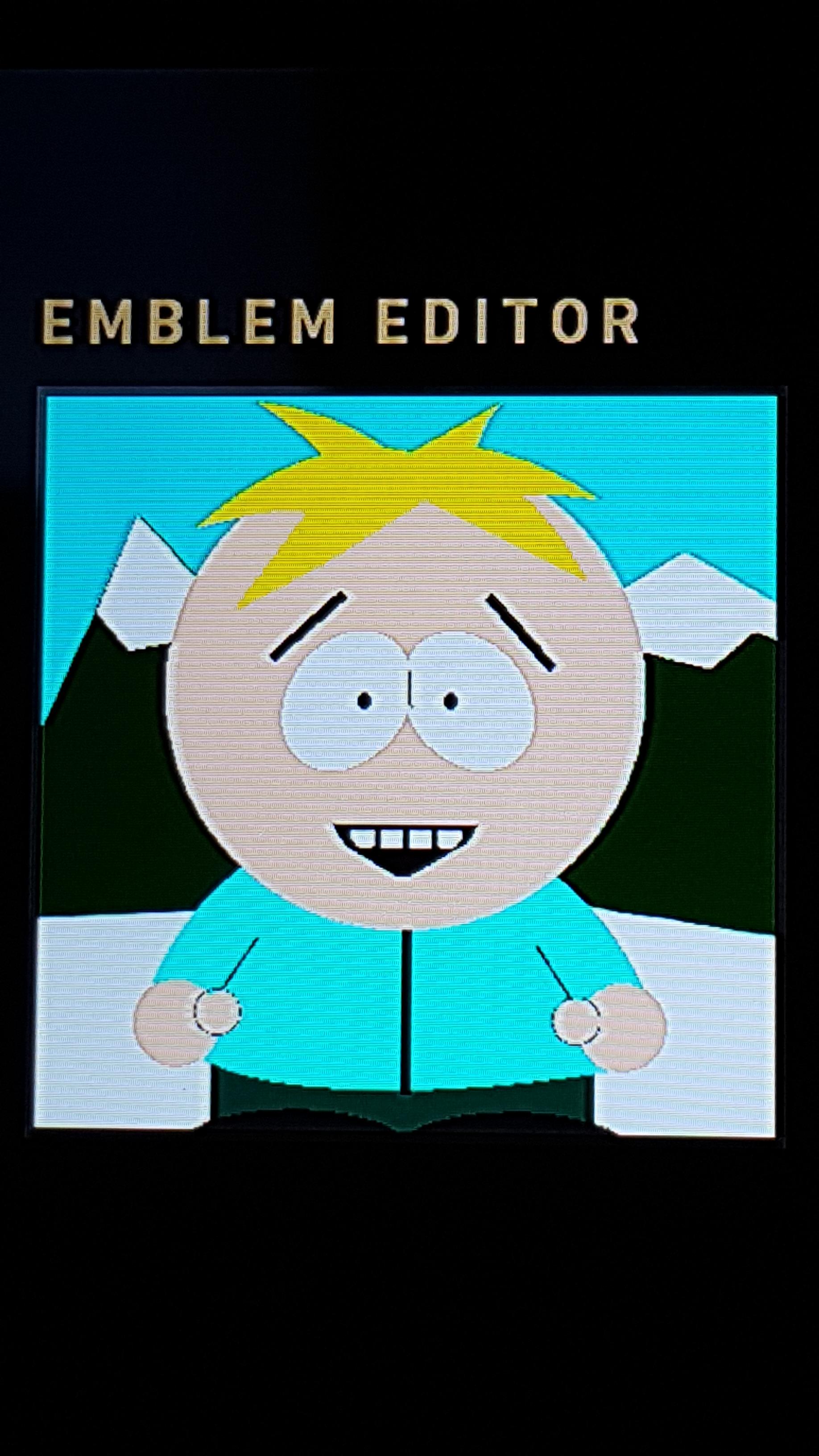 Some backstory: I used to watch my sister's 2 year old in the period of time between school and work. I was okay with it, mostly because I was there to make sure she didn't die through the night. I'd bathe her and read bedtime stories. We got along well for me and a kid. My sister and I got closer as well. Fast forward about two years. She's divorced, working two jobs, and lives with her mom again. She tries to shove her kid on everyone because she's tired of her kid. I get needing time. It's cool. I need it too, but this was weekly. And the kid. Oh lawd. The kid, Abutt, has an idea in her head that everything is hers. Belongs to her. The world and the universe is there to serve her. Her mom isn't doing anything to change it. Neh.

I work now. It's a stressful job for me, mostly because I'm a bit anxiety ridden. I get two days off, and refuse to take any requests off to watch her kid. I did once and wanted to drop kick Abutt out the door. She screamed, cried, and made the most high pitched sound I couldn't stand. I was so stressed I threw up. Two hours of that pain. I've said I can't watch Abutt any more and I got a "ugh, whatever" from her mom.

Fast forward about half a year. It's almost Abutt's birthday. Her mom wants me to take a Saturday off. The day almost everyone wants off. I said I'll ask (probably won't because I've taken requests too much for doctor things) but I can't promise anything. So her dad is talking to me about it one night. He asked "well why don't you take an early shift and get off before 3?" Because I can't handle morning shift very well, and I'll be a big bitch if I have to deal with kids after. "Well what about requesting a late shift, around 6?" Because I cannot handle both work and kid parties in one day and I know I won't get back in time. "well I'm trying to mend you and your sisters' relationship".

Ohohoh, and she's (sister) bitching about how all these kids are going to be "like basically on crack". Hell I'm not going. Fuck that. And we've (my mom and I) have had kid parties in the past that were loud, but calm and enjoyable for most. Jeez. I wish Saturday was past already. I have no idea what to

RailsToTrails is a common pattern in North America (especially where I live in the northeast) where abandoned rail right of ways are converted to walking/biking paths or even full linear parks. On the face of it this is a pretty good idea and certainly it's a better idea then just ceding the land back to abutters for private development. But it does seem pretty wasteful to have these former rail corridors running in, around, and sometimes right through city centers while those same cities hurt for lack of public transit.

We all know the difficulty/near impossibility of building new ROWs for transit through city centers in North America, so I was wondering how practical the idea is to reactivate some of these RailsToTrails routes for light rail transit service (RailsToTrailsAndRails, if you will). Obviously these communities probably wouldn't be thrilled about giving up their very nice bike paths, and honestly the idea of removing dedicated bikeways doesn't sit well with me at all, so the rail line would likely need to run parallel to the bikeway instead of replacing it. I can't find any examples of this being done or even seriously proposed anywhere, but to my inexperienced eye it seems like a cheaper alternative to tunneling and a more politically practical idea than allocating new ROWs.

I think my core questions boil down to:

I'm not sure if these questions have answers necessarily, but if anyone has any input or perspective I'd love to hear it! And if there are any examples of this being done (either successfully or unsuccessfully) I would absolutely love the opportunity to learn more.